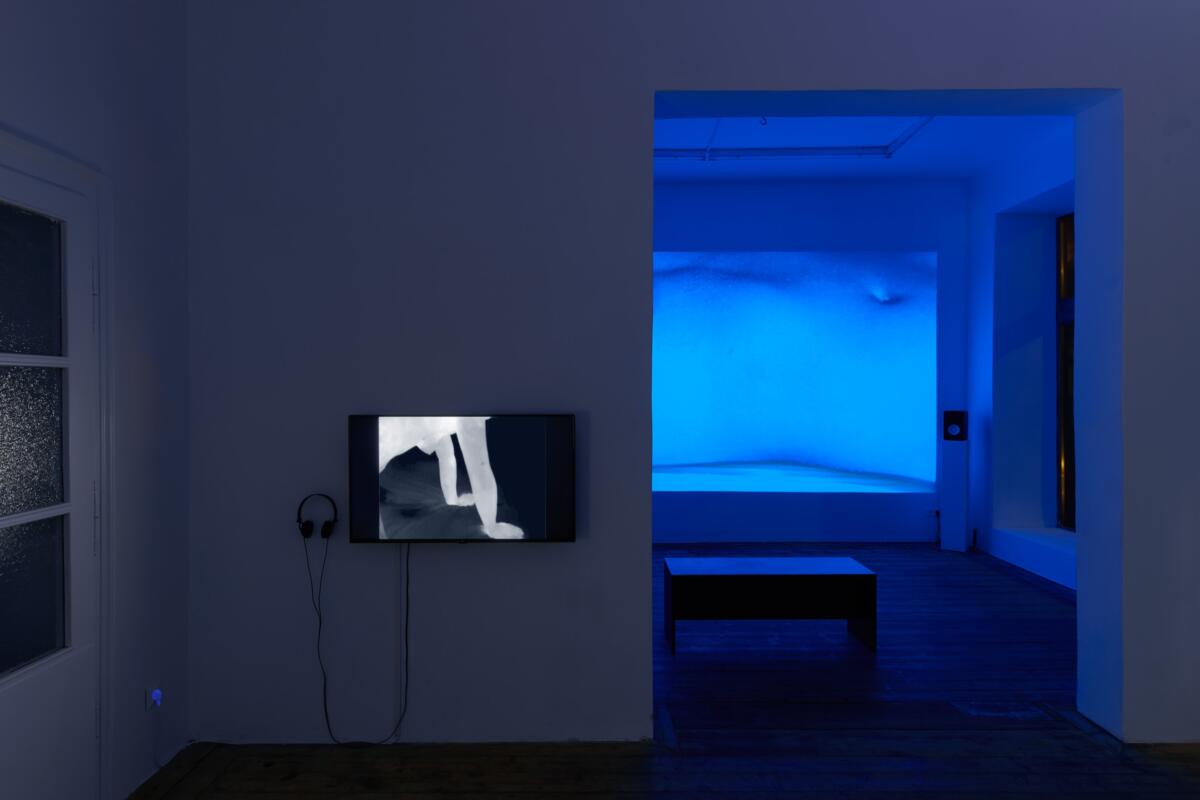 Ultraviolet lies just after violet as humans see it,
its waves slightly too short to be visually perceived.
I imagine it like violet, but more radical.
Animals perceptive of it can see
the sky’s true violet color.
Birds detect the glow of mouse urine in fields far below,
the pee giving the mouse away.
The mouse sits in the grass erect,
certain of her invisibility to others.
A preying bird will detect the mouse’s weakness
in what she herself would never consider remarkable.

Excerpt from UNTITLED SEQUENCE OF GAPS, 2020

Kunstverein Kevin Space is happy to present the first solo exhibition of Vika Kirchenbauer in Austria. Through video, installation, music, and theoretical writing, Kirchenbauer’s practice examines violence as it attaches to different forms of visibility and invisibility, and considers the ways in which subjects are implicated in and situated within societal power structures. Often relating personal and collective memory/non-remembrance to the politics of spectatorship, Kirchenbauer’s work continuously negotiates the role of affects in the field of contemporary art and questions the ways in which marginalized bodies become experienceable in exhibition spaces. 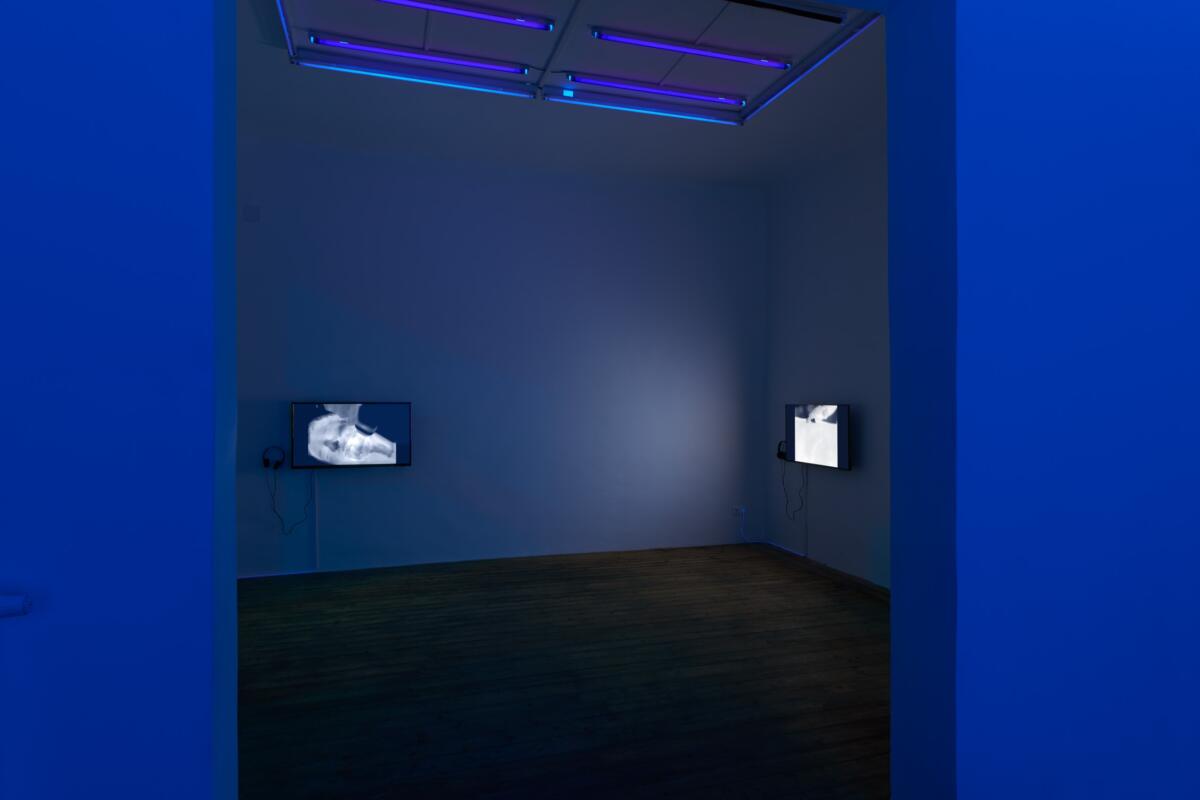 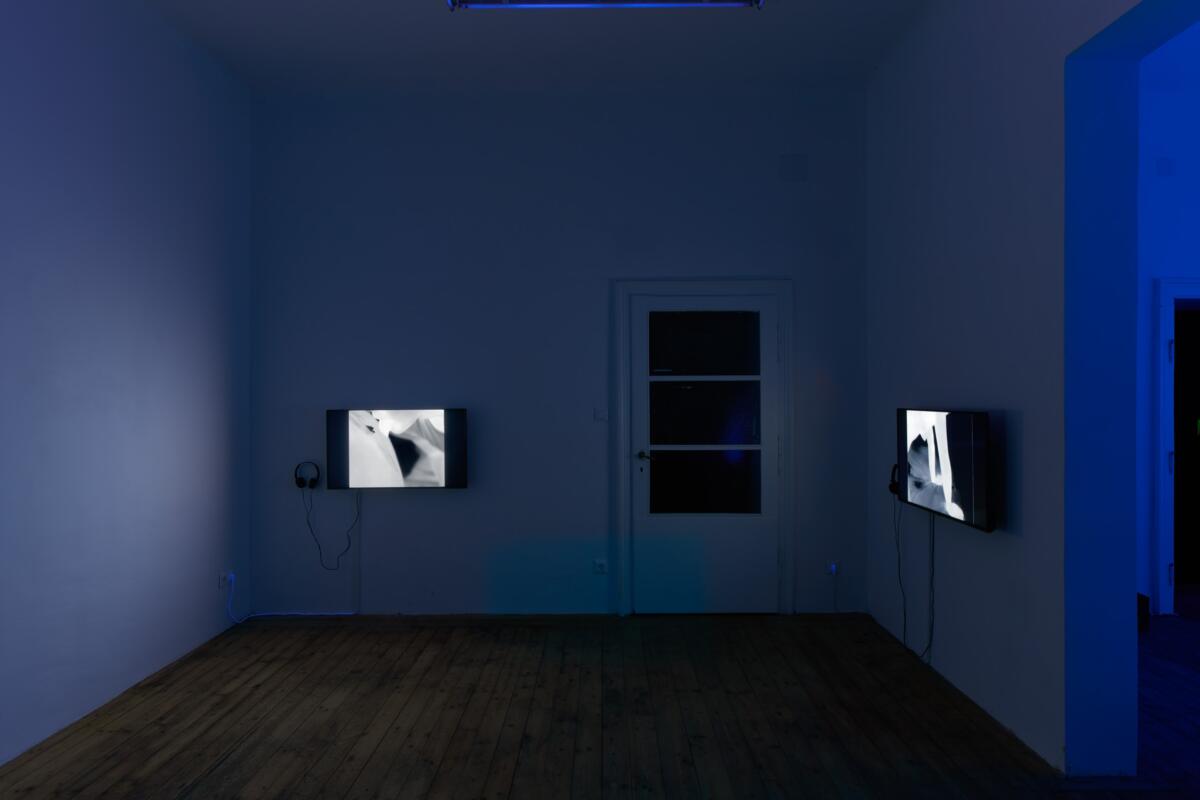 For Violet but more radical, Kirchenbauer presents a selection of moving image works from the past five years as well as a new iteration of her most recent site-specific installation. The exhibition focuses on a contemplative and poetical strand of Kirchenbauer’s practice that conceptualizes the intimate as a lens through which to investigate social power relations. Kirchenbauer considers forms of violence and affective states that lie beyond the visible realm, and emphasizes the transformative potential of opacities and ambiguities. Departing from her long-standing research on the Western impulse to transfer the non-graspable into the normative frame of vision, the selected works propose to rethink the relation between representation, gaze, memory, and trauma.

In her seminal essay INFRARED DREAMS IN TIMES OF TRANSPARENCY (published in 2014, and available on the artist’s website as well as in the exhibition space), Kirchenbauer dissects the entanglements between the technocratic and technological as well as the cognitive and affective dimensions of contemporary drone-operated warfare and its incorporation of infrared imaging technology. Her techno-cultural and spectral investigations have strongly informed the three single channel videos SHE WHOSE BLOOD IS CLOTTING IN MY UNDERWEAR (2016), MOOD MANAGEMENT (2017), and SHAME/HUMILIATION (2018), respectively employing infrared imaging technology towards a distinctly sensual imagery whose visual decoding remains ambiguous. All three works also serve as music videos for Kirchenbauer’s solo music project COOL FOR YOU (since 2015) for which she predominantly merges choral samples from the Sacred Harp musical tradition to engage with the colonial entanglements of these Christian harmonic structures. At Kevin Space, they are embedded into the visual phenomena evoked by the installation SPECTRAL SENSITIVITY (2021) that merges a spectral reduction via translucent film with UV fluorescent tubes emitting electromagnetic radiation, itself invisible to the human eye, yet noticeable in its effects on the visible realm via reflection and refraction.

Repeatedly referring to a potentiality beyond the normative human spectrum, Violet but more radical borrows its title from a script line of UNTITLED SEQUENCE OF GAPS (2020), an essayistic reflection upon the translatability of violence and the politics of returning, as well as an invitation to imagine the gap not as absence but as a form of presence. Her latest essayistic video, THE CAPACITY FOR ADEQUATE ANGER (2021) subsequently departs from returning to past experiences and visual archives, negotiating the complexities of the personal as a resource, the politics of unease, and the social dynamics of distancing.

Vika Kirchenbauer is an artist, writer and music producer based in Berlin. Recently, the Kunstverein für die Rheinlande und Westfalen, Düsseldorf, has presented a comprehensive solo exhibition of Kirchenbauer’s work, titled FEELINGS THAT MOVE NOWHERE. Her videos and installations have been exhibited in group shows and screenings at, among others, the Tainan Art Museum, Taiwan; the Whitechapel Gallery, London; Kunsthal Charlottenborg, Copenhagen; the Berlin International Film Festival, the New York Film Festival, and the Toronto International Film Festival. 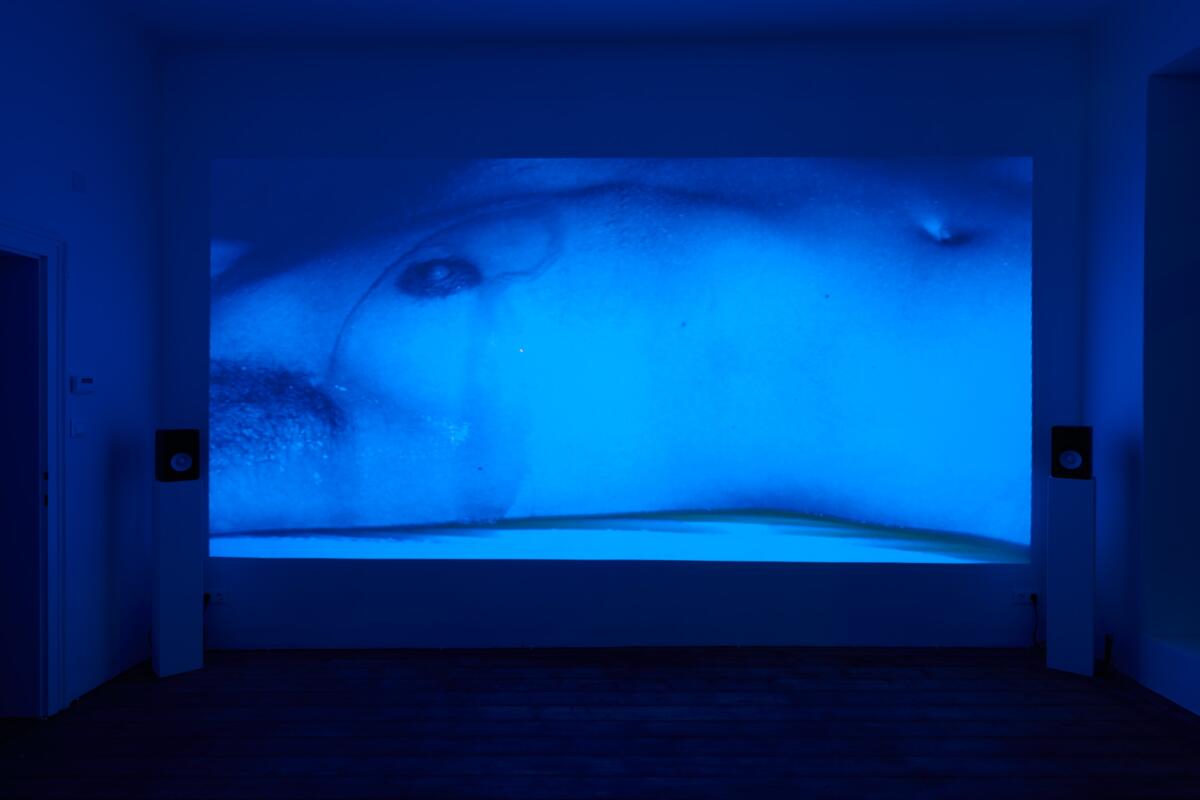 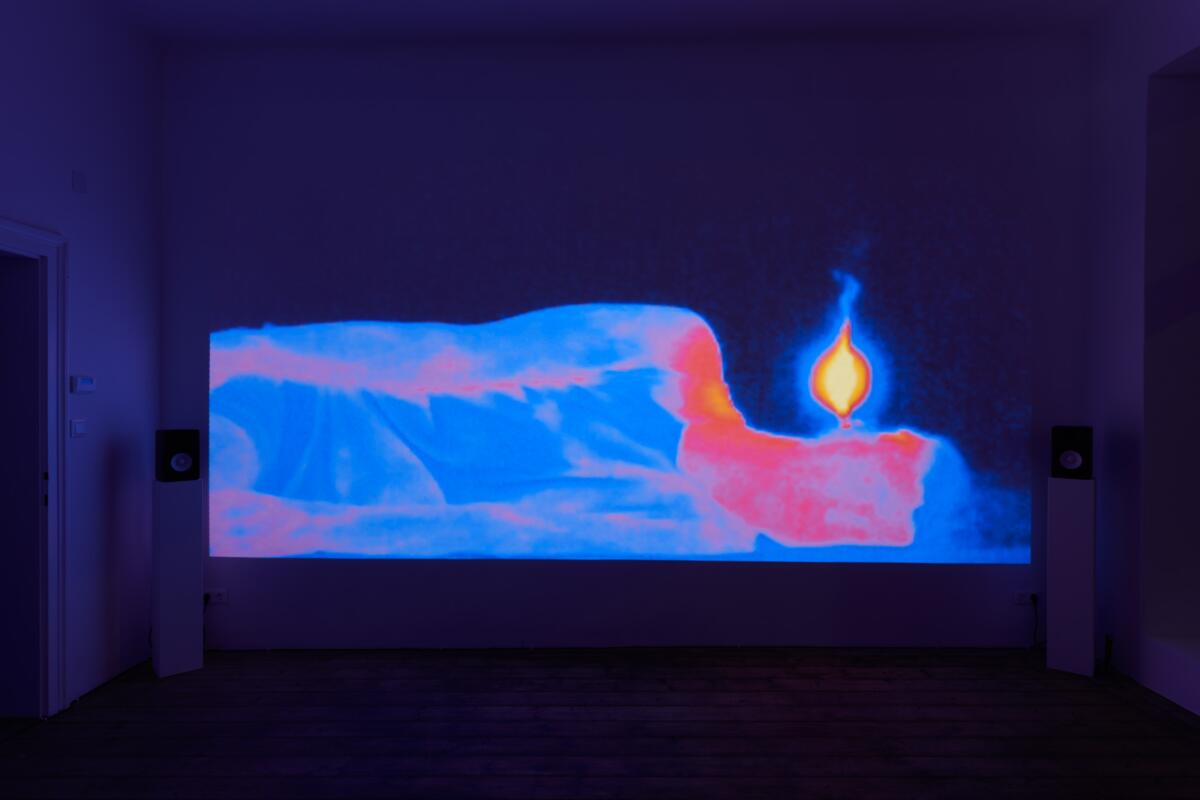 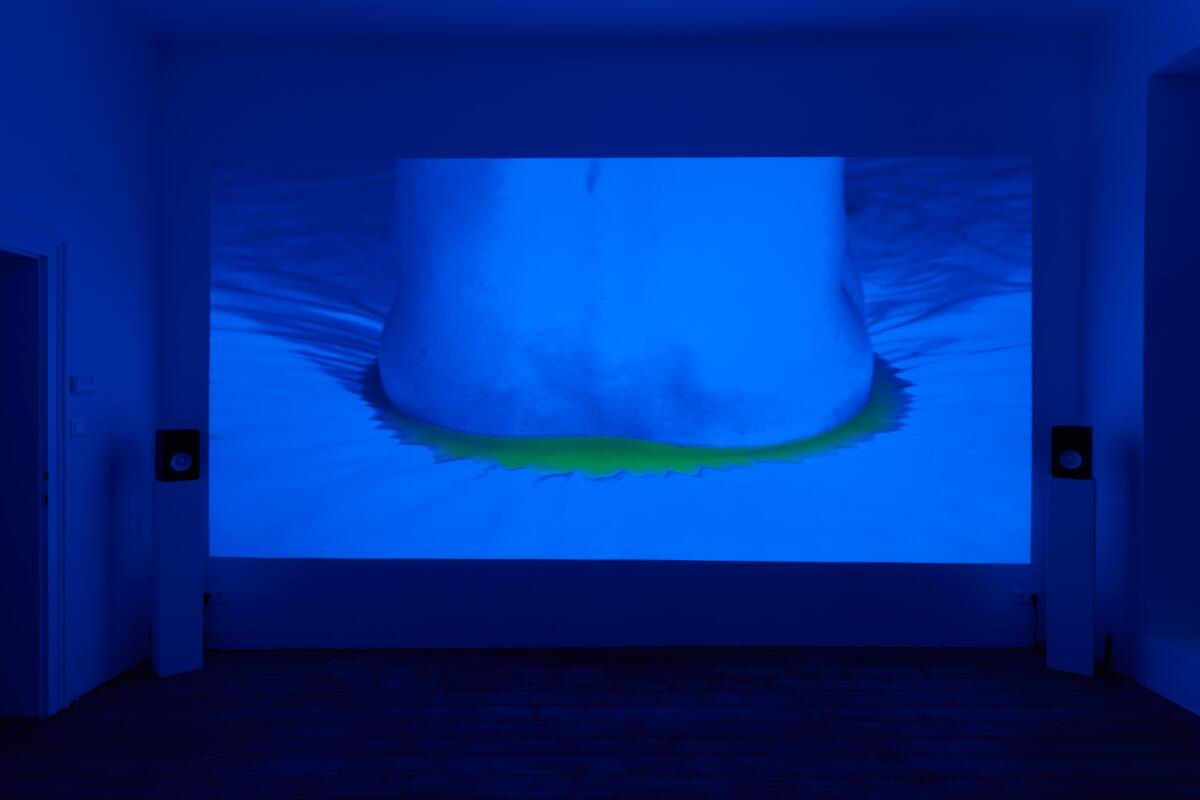 Composed of short vignettes in different techniques and materialities, UNTITLED SEQUENCE OF GAPS uses the form of an essay film to approach trauma-related memory loss via reflections on light outside the visible spectrum – on what is felt but never seen. Carefully shifting between planetary macro scales, physical phenomena and individual accounts of affective subject formation, the artist’s voice considers violence and its workings, class and queerness not through representation but from within.

The video’s montage is slow and rhythmic, yet also uneven. The flow of images is interrupted by gaps that hold no less significance than the imagery itself. Footage in which public visual memory stands in for personal remembrance exists alongside sequences recorded via infrared imaging and scenes captured under ultraviolet light or microwave radiation. While pondering the effects of the invisible and the power inherent in shifting violence beyond visibility, the piece simultaneously reflects upon the digital archives and technologies that help shape the contemporary human’s relation to past, present, and future. The work tests the limits of vision and recordability, contemplating instances where a subject remains opaque to itself. Ghosts appear from holes ripped into time by an unremembered childhood, and a recently abolished witch-burning ritual in the artist’s rural hometown serves as a foil against which to question the politics of visibility. 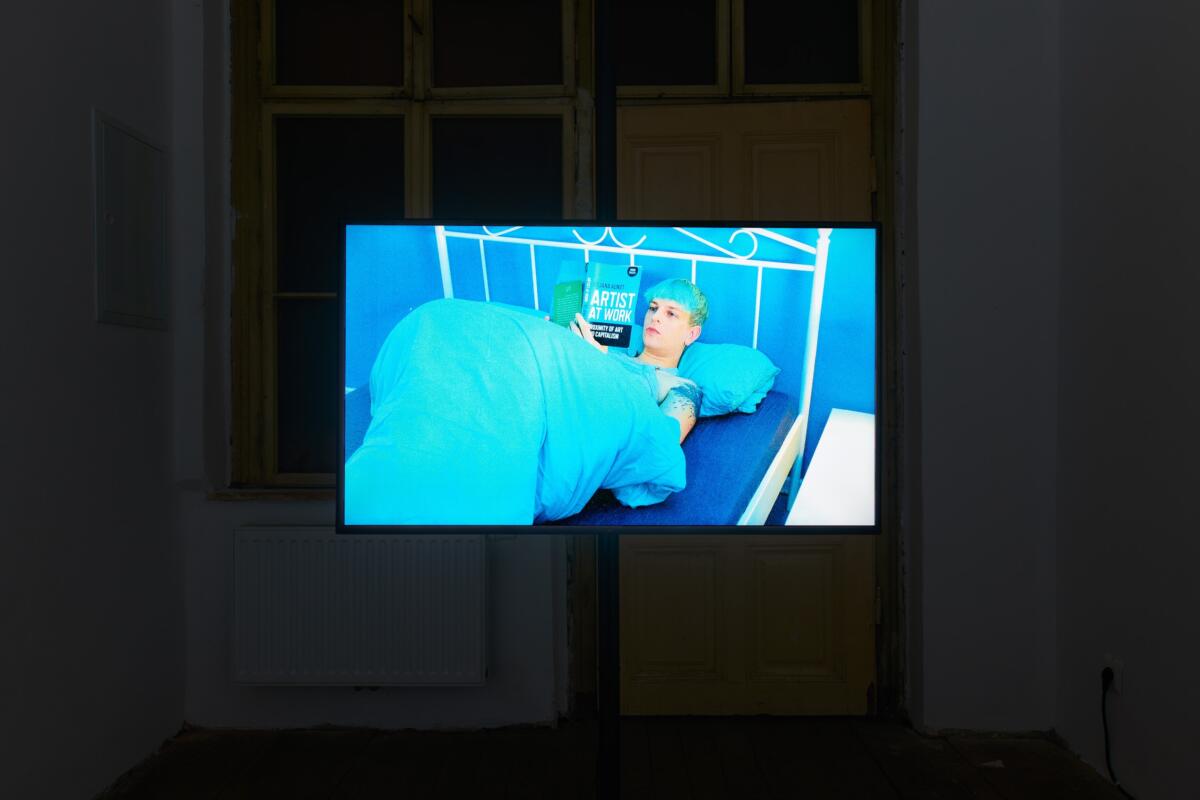 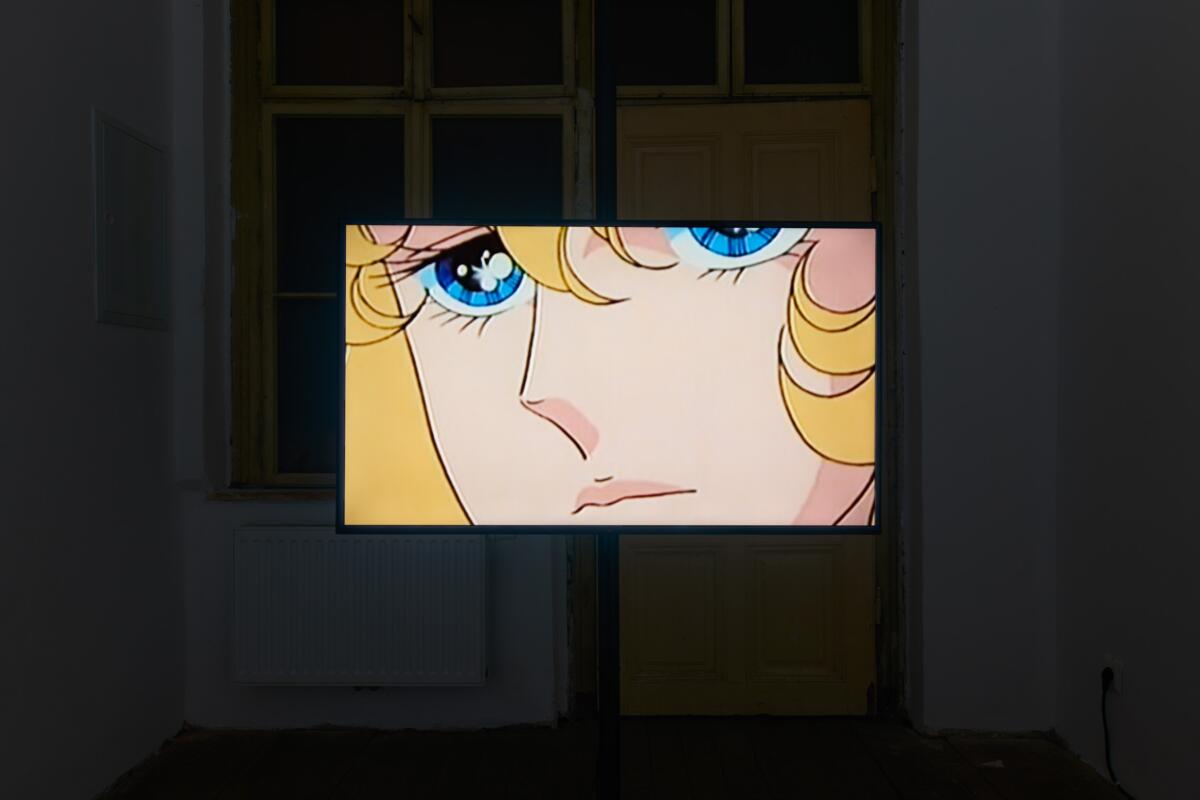 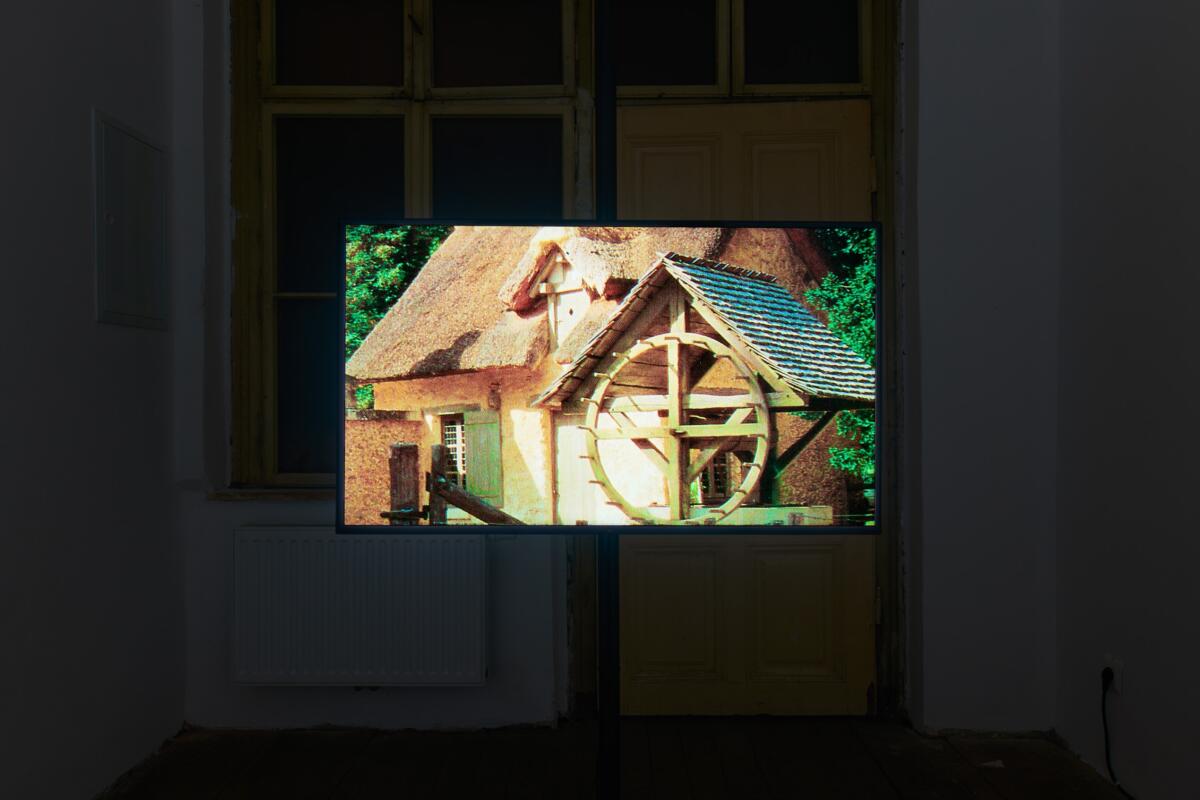 THE CAPACITY FOR ADEQUATE ANGER constitutes an attempt at a personal and self-reflexive form of artistic critique that considers contemporary art, in its production as well as its presentation, from a perspective of class. Alongside questions around the intersections of negative affect and political agency, the work problematizes notions around upward mobility that the field of contemporary art both produces and presupposes. Deploying an essayistic approach, the video work reflects upon the manifold meanings of distance in both its subjective and social senses.

A voice-over text subtly moves along ambiguous negative emotions such as shame, envy, irritatedness and unsettlement, that––unlike more dynamic and outward-oriented states of feeling like anger or rage––are often associated with scenes of blocked or suspended action. Considering the particular kinds of subjects these feelings help produce, the piece questions the political nature of emotions and which forms of agency they facilitate or hinder.

A return to the village where she grew up after an absence of over ten years marks the point of departure for this video work, which Vika Kirchenbauer produced for the occasion of her first institutional solo exhibition at the Kunstverein für die Rheinlande und Westfalen, Düsseldorf.
Photographs taken on this journey are combined with scans of childhood drawings, CD booklets, family photos and basketball trading cards as well as reframed scenes of an anime series outlining the life of Marie Antoinette through the story of a fictitious and gender-ambiguous guardsperson. Set against a foundational layer of imagelessness, these pictures and sequences come flashing in and out.

Two strands are connected that have shaped Vika Kirchenbauer’s practice over the past ten years: The personal and autobiographical explorations of societal power relations, and the preoccupation with established routines of looking at and experiencing the physical or visual presence of marginalized bodies in the exhibition space.

The piece complexly negotiates distance both as personal circumstance or necessity, but also as a resource considered a prerequisite for seeing and experiencing as well as for critical or artistic engagement, thus giving rise to a series of underlying questions: What does distance signify in relation to one’s own life, past and social positioning? And who are afforded the privileging aspects of distance in contrast to those whose lives and bodies remain intimately affected by politics and its effects? 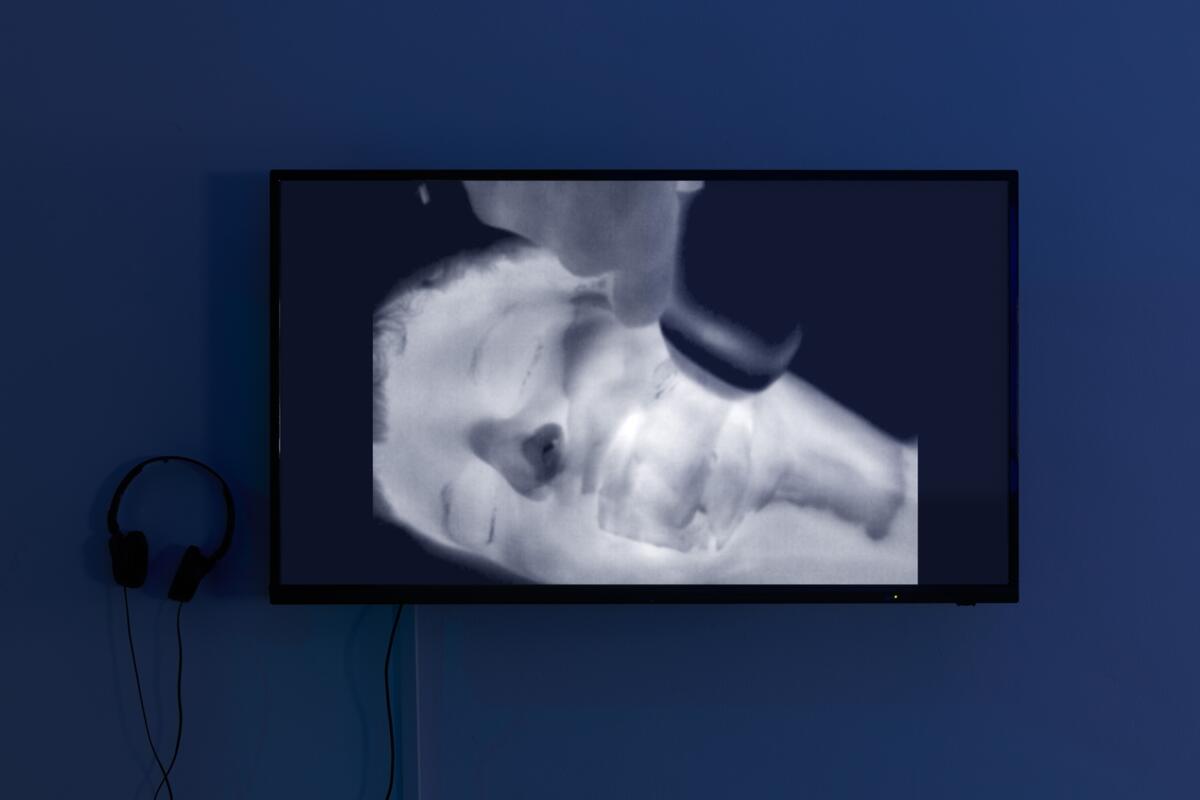 The idea of transparency has found ways to diffuse into nearly all realms of life. Knowledge about the other is the currency that economies of love and war operate on. The three works presented here form part of a video series produced by Vika Kirchenbauer for her music project COOL FOR YOU. Following her research on infrared technology in modern warfare, here she utilizes these technological means to discuss intimacy, the body, physical relations between bodies as well as the privileged gaze of the spectator. In what ways does the affective system interfere with the cognitive rendering of such images? What kinds of tensions arise within the perception of simultaneously enhanced and reduced forms of seeing? 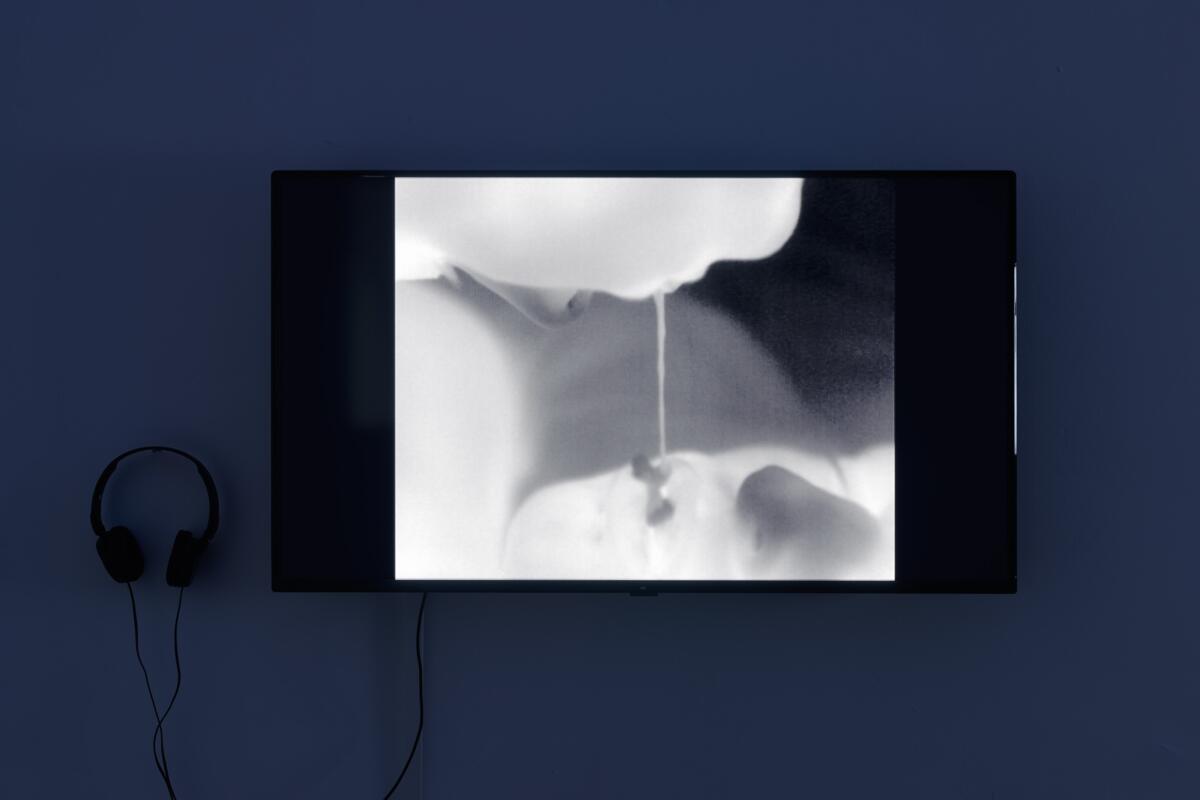 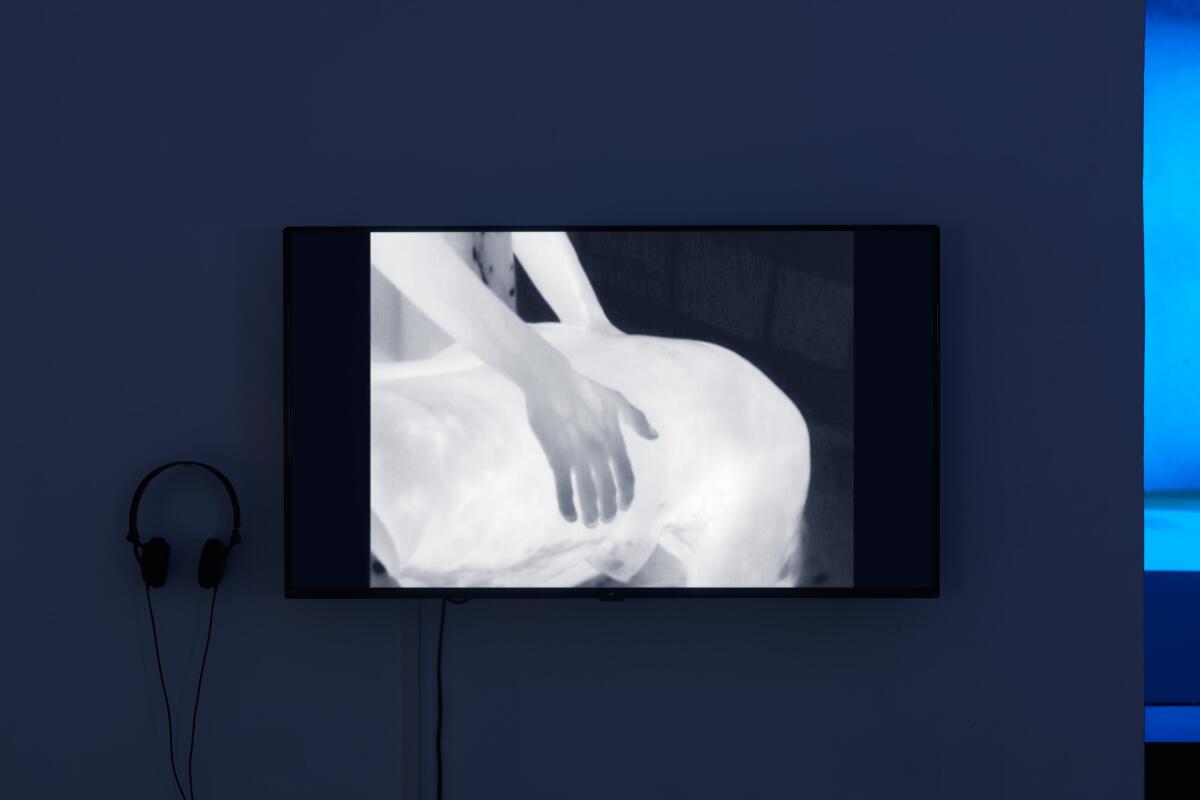