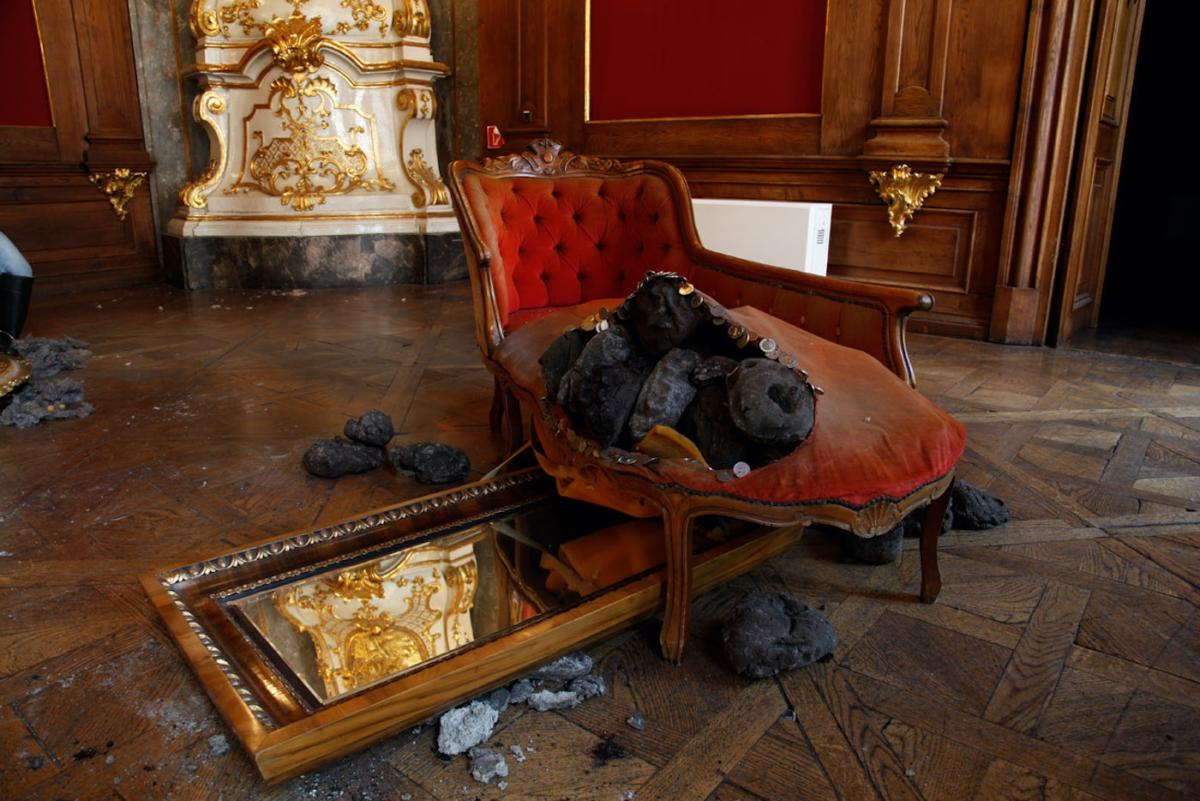 The title of the core program of steirischer herbst ’19 is Grand Hotel Abyss—a striking metaphor used by philosopher Georg Lukács to describe the European intellectual and cultural scene as it faced the approach of fascism. “The Grand Hotel Abyss has been thoughtfully decorated for every taste and every direction,” he wrote in an eponymous text, dated 1933 and published in German after his death. “Both intellectual intoxication and asceticism or self-flagellation are not only permitted in all their forms; there are brilliantly stocked bars for one purpose and amazingly manufactured exercise equipment and torture chambers for the other. Not only solitude but sociality too is on offer… The danse macabre of worldviews plays out every day and every evening in this hotel. It becomes a jazz band both pleasant and thrilling, providing the guests with some rest after their exhausting daily regimen at the spa.” 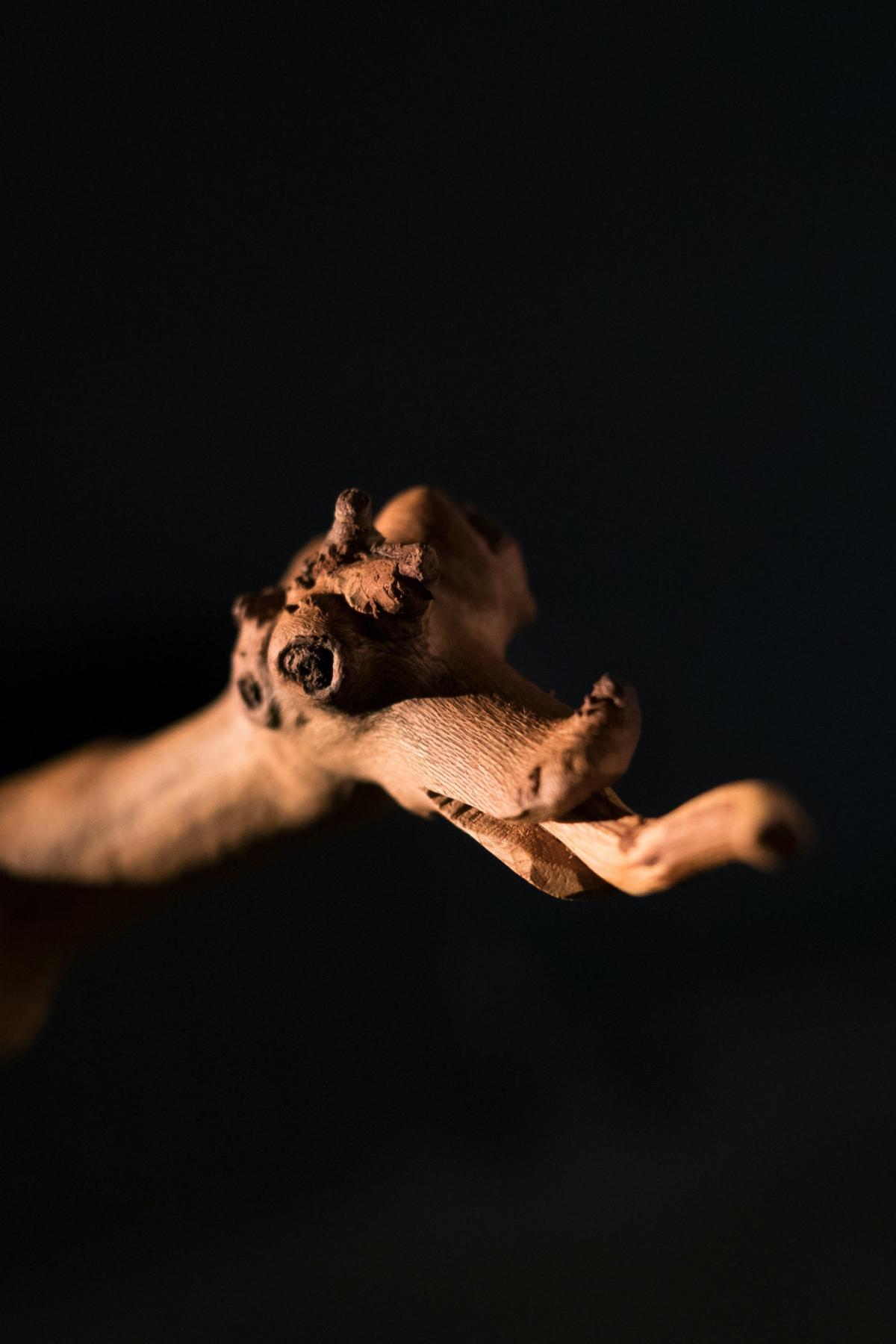 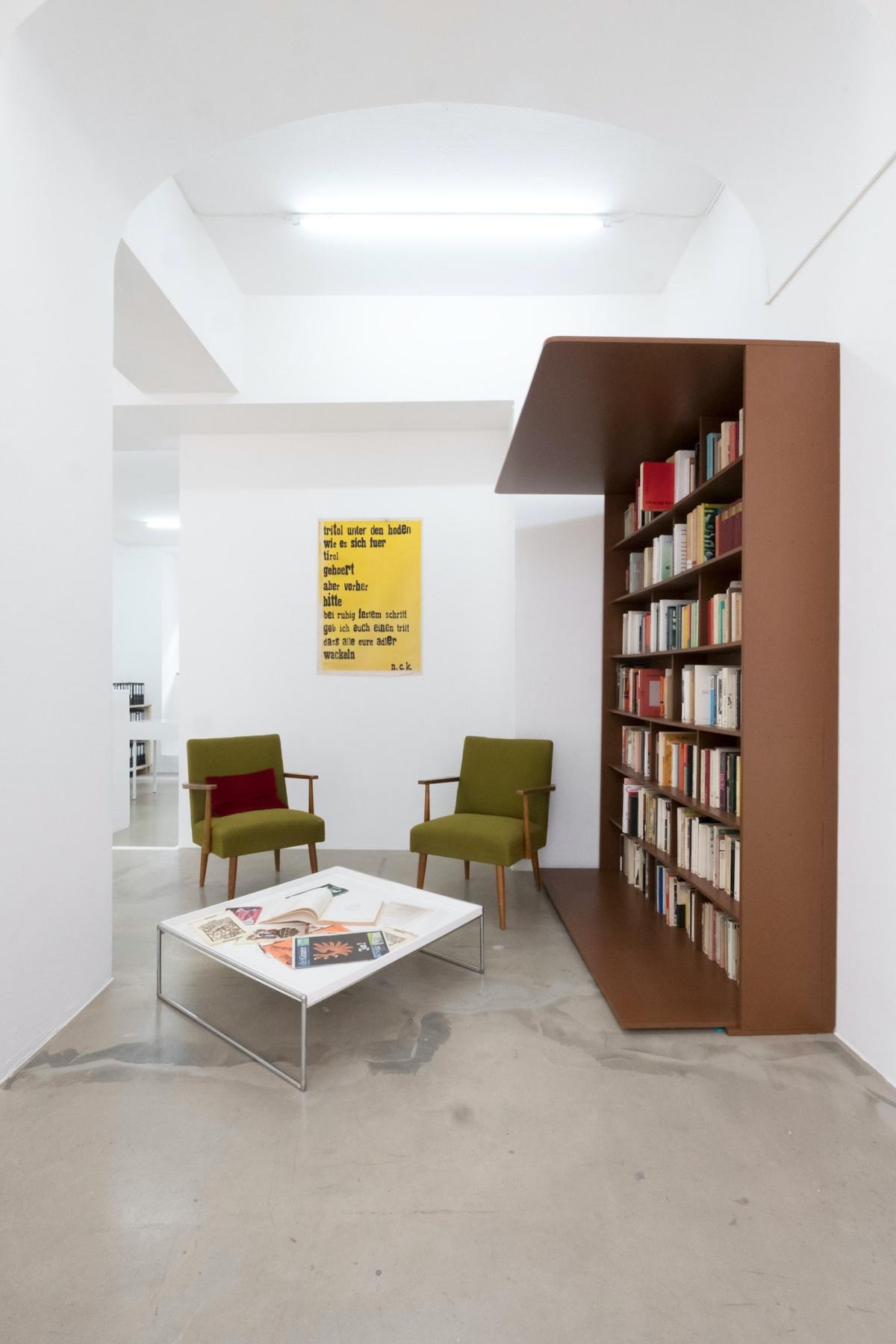 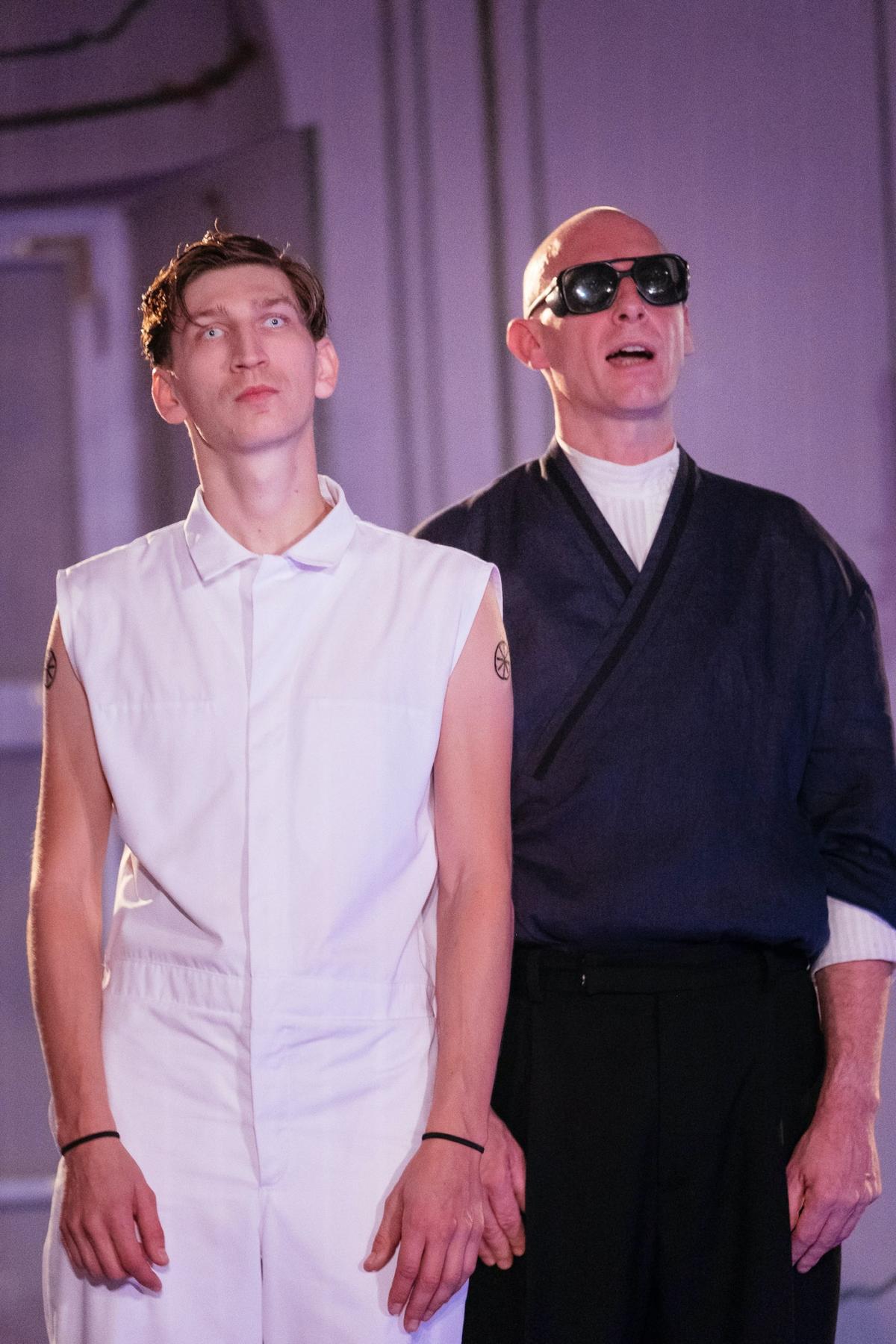 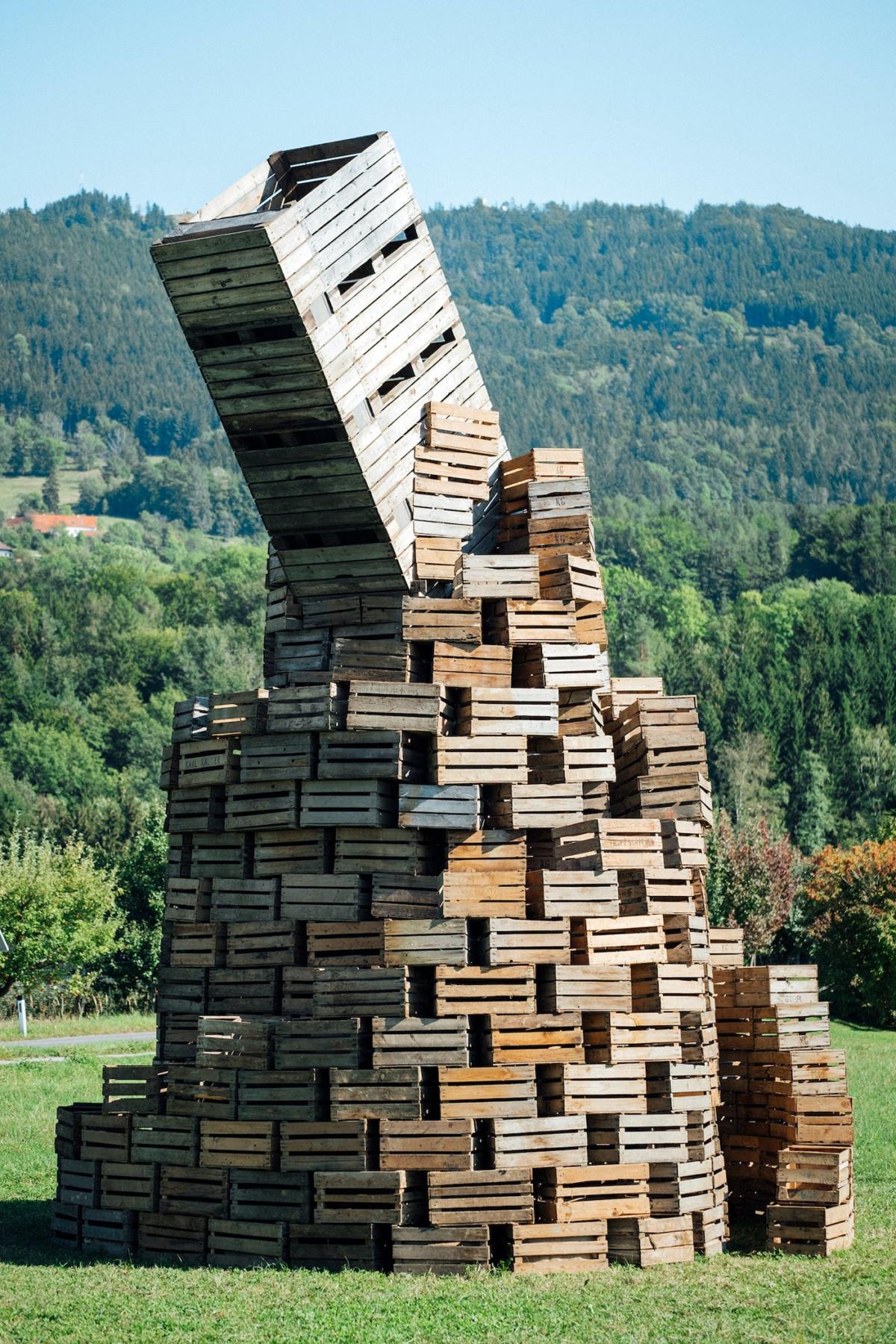 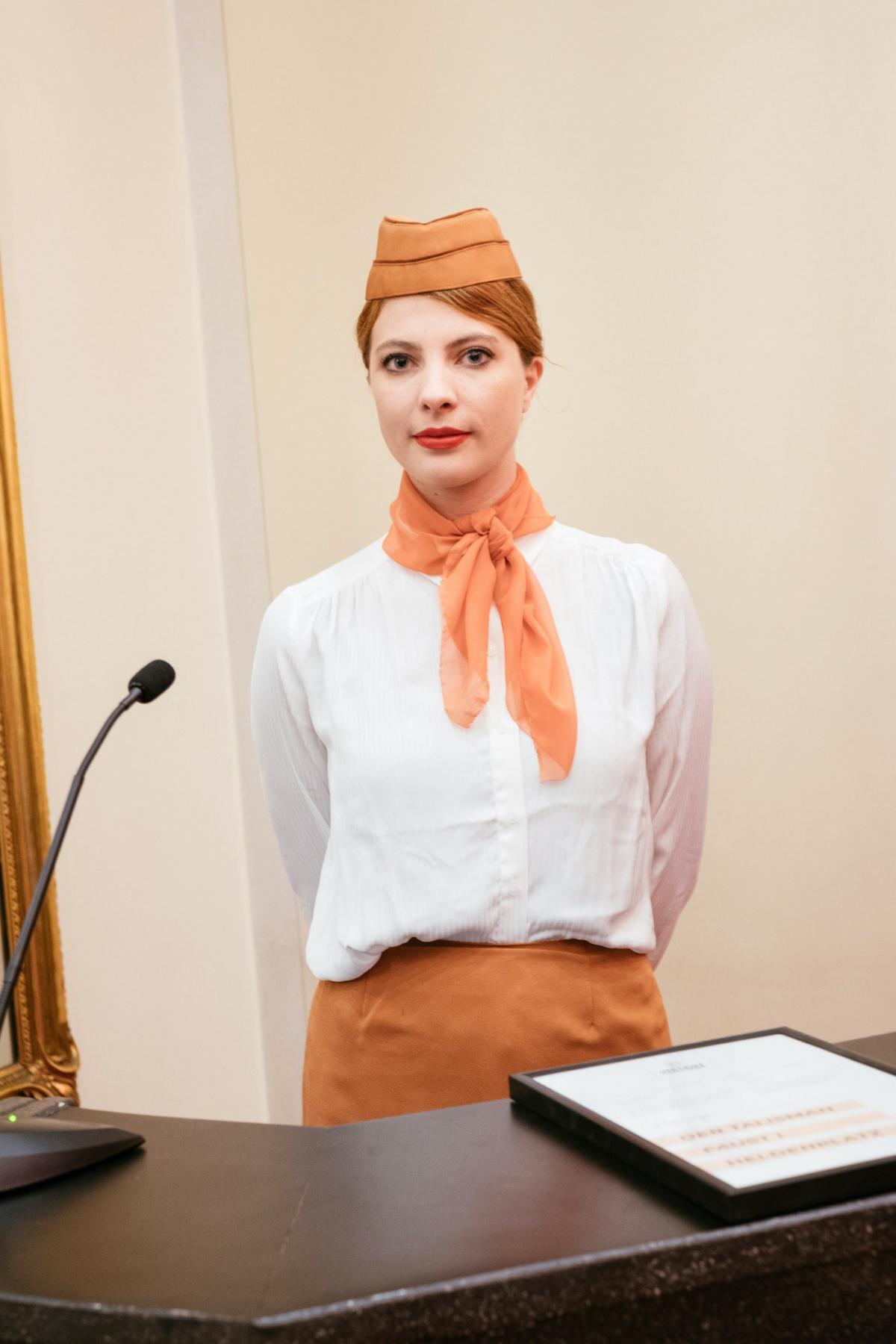 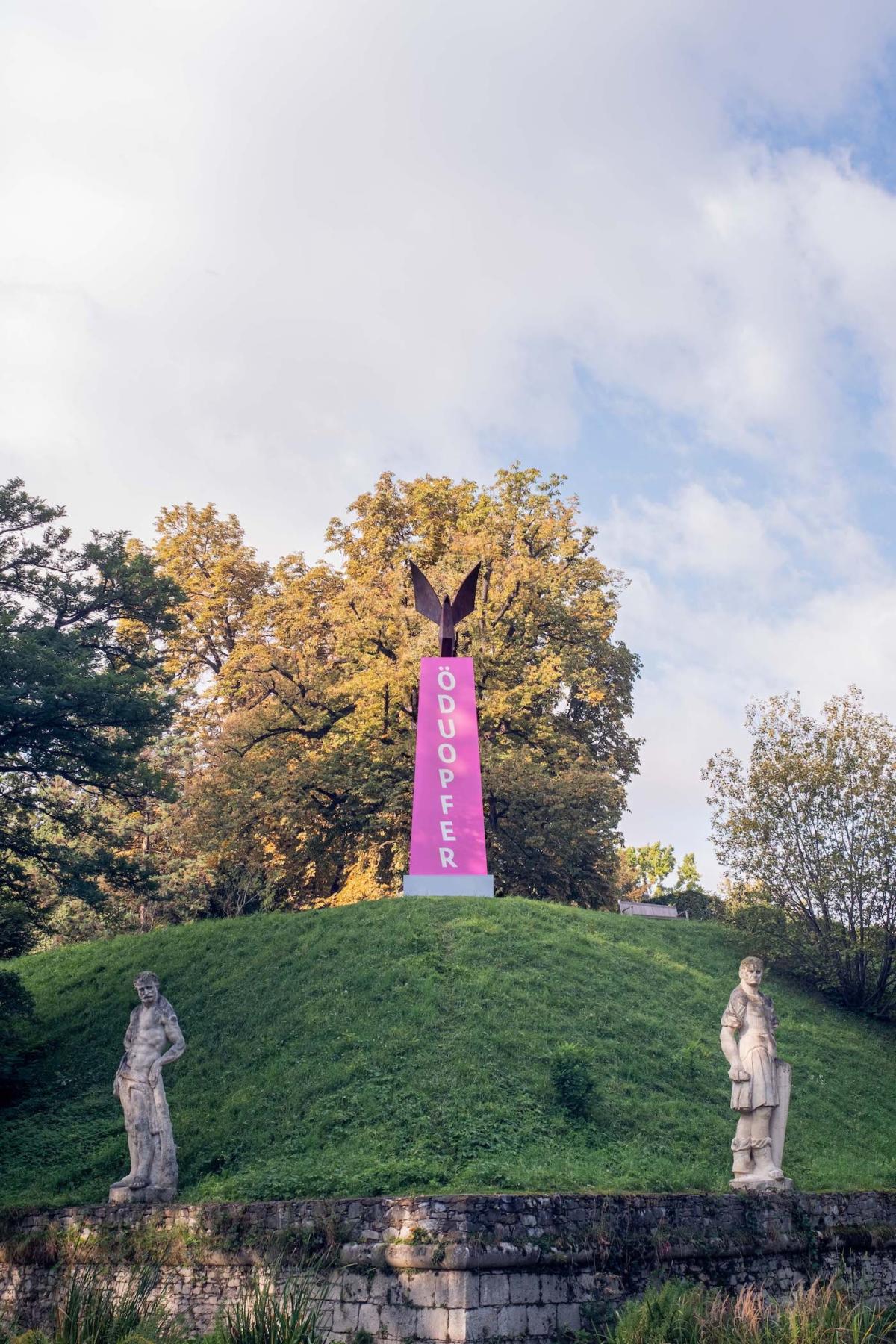 Eduard Freudmann, Monument to a Myth, 2019, installation in the frame of the project Counterpositions, photo: Mathias Völzke

Not only Thomas Mann’s The Magic Mountain (1924) comes to mind, where Lukács himself appears as a character, but also the settings of Stefan Zweig’s novellas (which Lukács also wrote about). One might say that such grand hotels are typical of the former Habsburg Empire, perfect homes for the mix of “creative duplicity” and “therapeutic nihilism” diagnosed by William M. Johnston in his classic The Austrian Mind: An Intellectual and Social History 1848–1938. Central to this mindset is the notion of enjoyment, Genuss, joie de vivre, a good life to be upheld at all costs even in the most troubled of times, not so much as a countermeasure to the crisis but as an expression of the crisis itself, of its slow yet absolute inevitability. One hears something of this nonchalant and even connoisseurish attitude of the Austrian fin de siècle in Karl Kraus: “Everyone here is stopped and waiting: maître d’s, hansom cabs, governments. Everybody is waiting around for the end—have a pleasant apocalypse, Your Highness… and don’t forget to ask for your tip.” It should be both pleasant and thrilling, one could answer, to think of Lukács’s Grand Hotel Abyss.

This hotel is still open today, and it no longer caters to intellectuals alone. Cultural tourists, business travelers, and hipsters are also always welcome. The apocalypse is still pleasant, and what is more, you can see it on television constantly in stories of zombies or superbugs. Such premonitions run parallel to a revived aesthetic interest for not only the conservatism but also the hedonism of the early 1930s. In reality, dysfunctional authoritarian governance wreaks havoc, confirming all of these fears of catastrophe. Just when you think it cannot get any worse, another element of the world breaks down, as our late capitalist order enacts its own farcical operetta version of a fin de siècle. Entire cities run out of water while life is made evermore comfortable and pleasurable for the privileged who now search for evermore sophisticated ways of enjoying themselves. 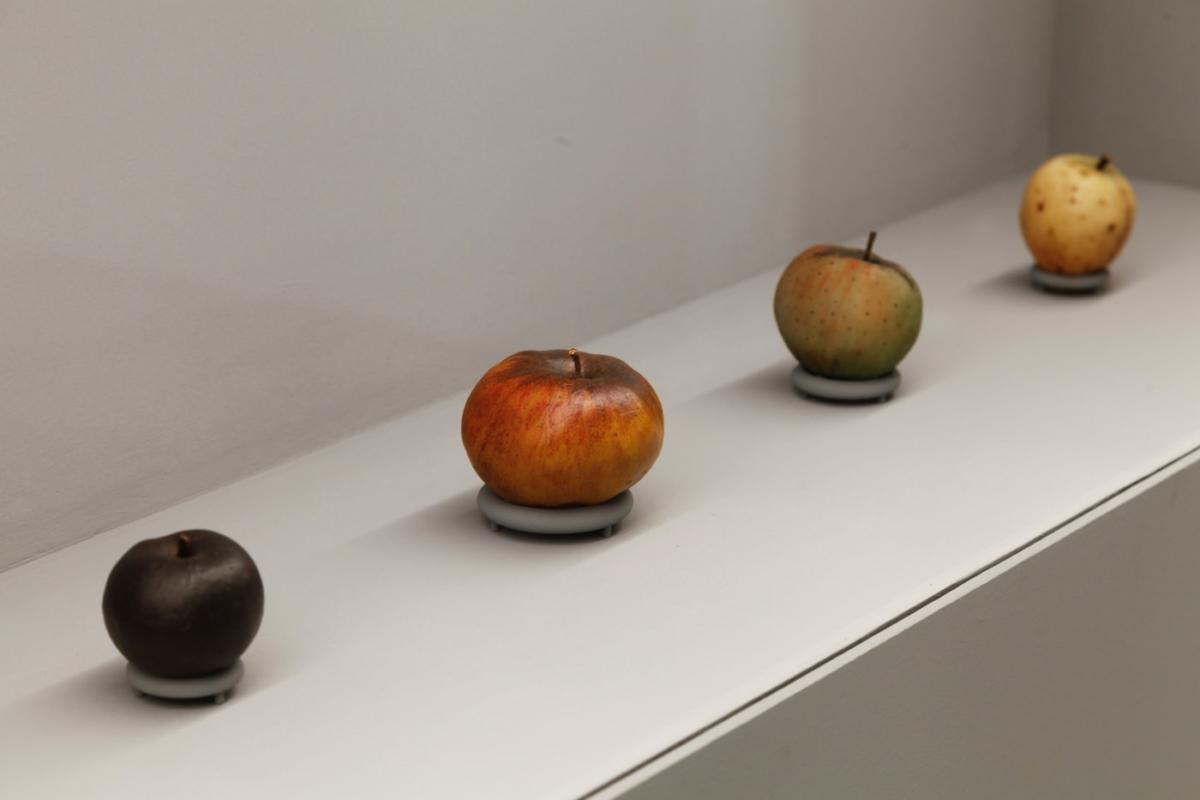 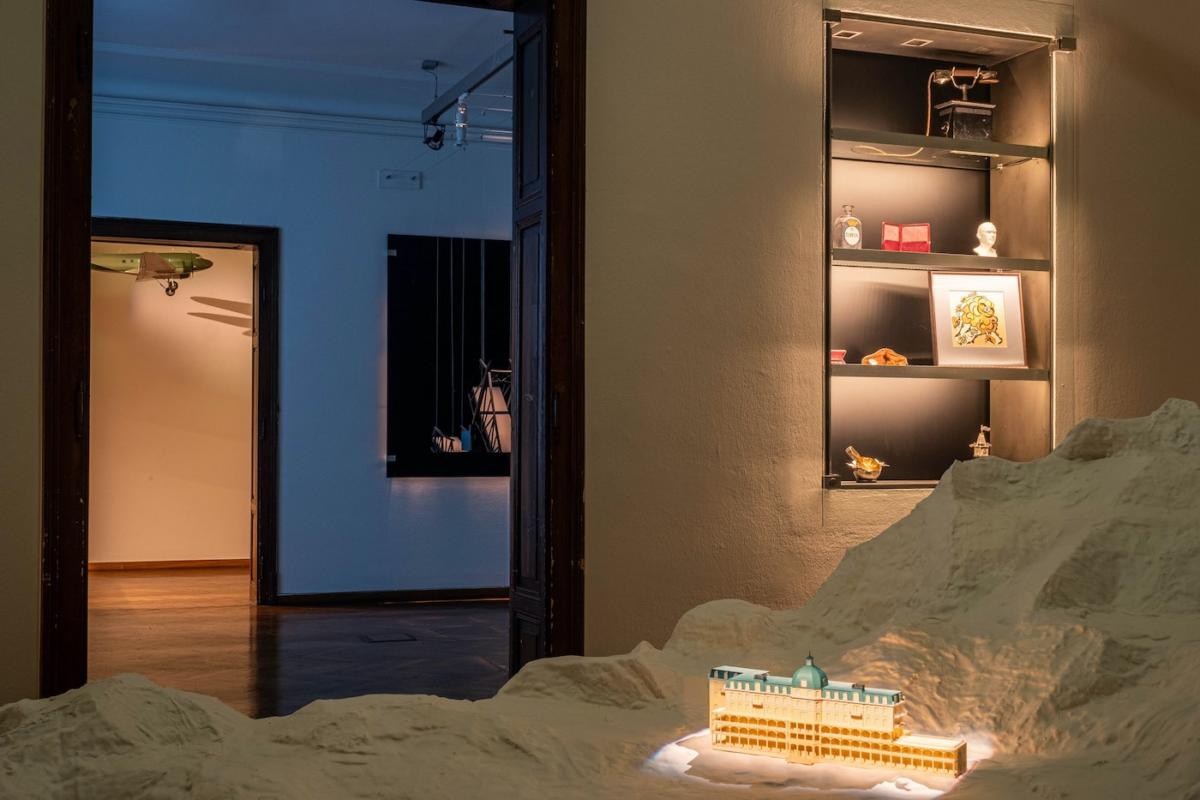 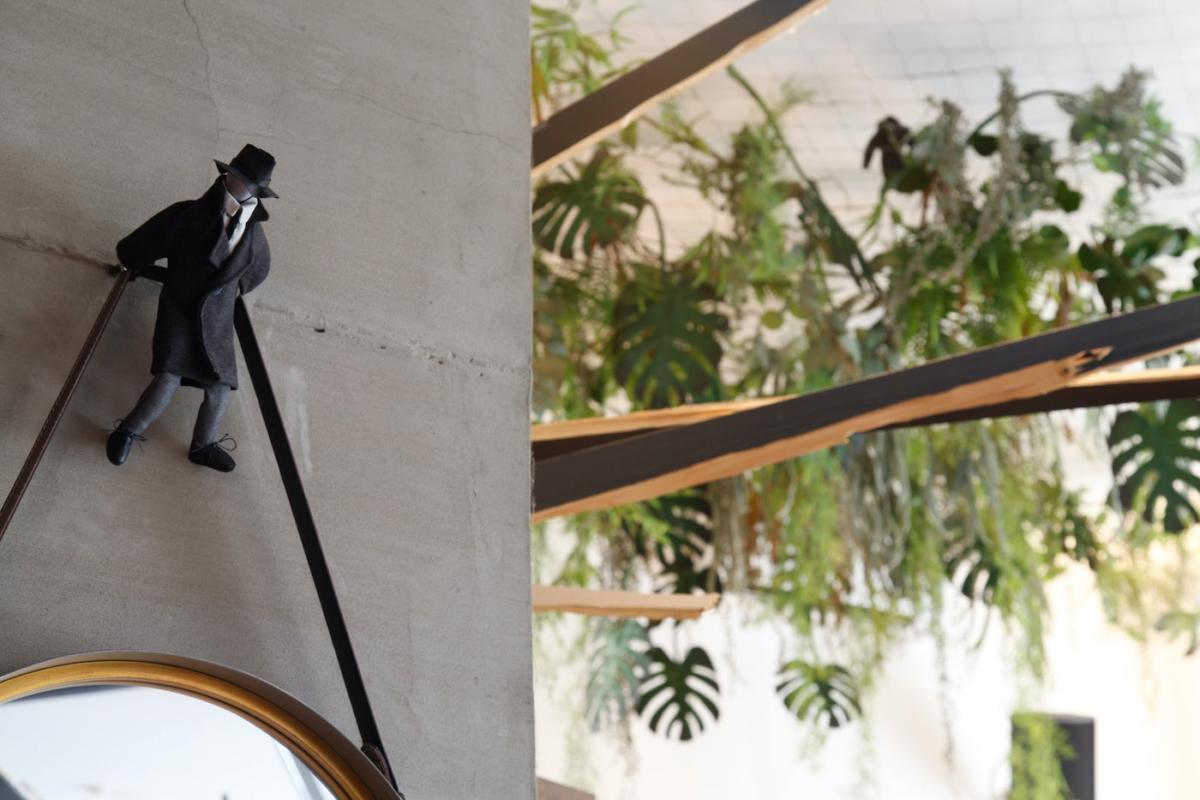 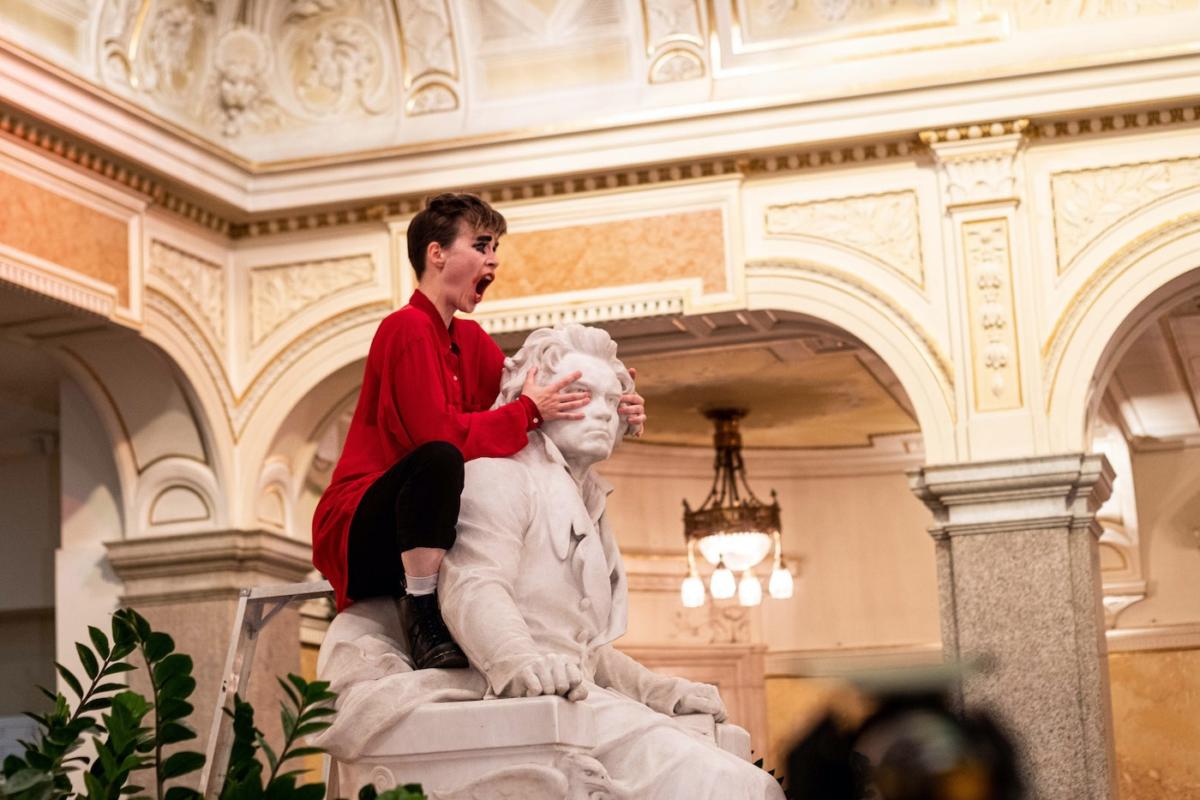 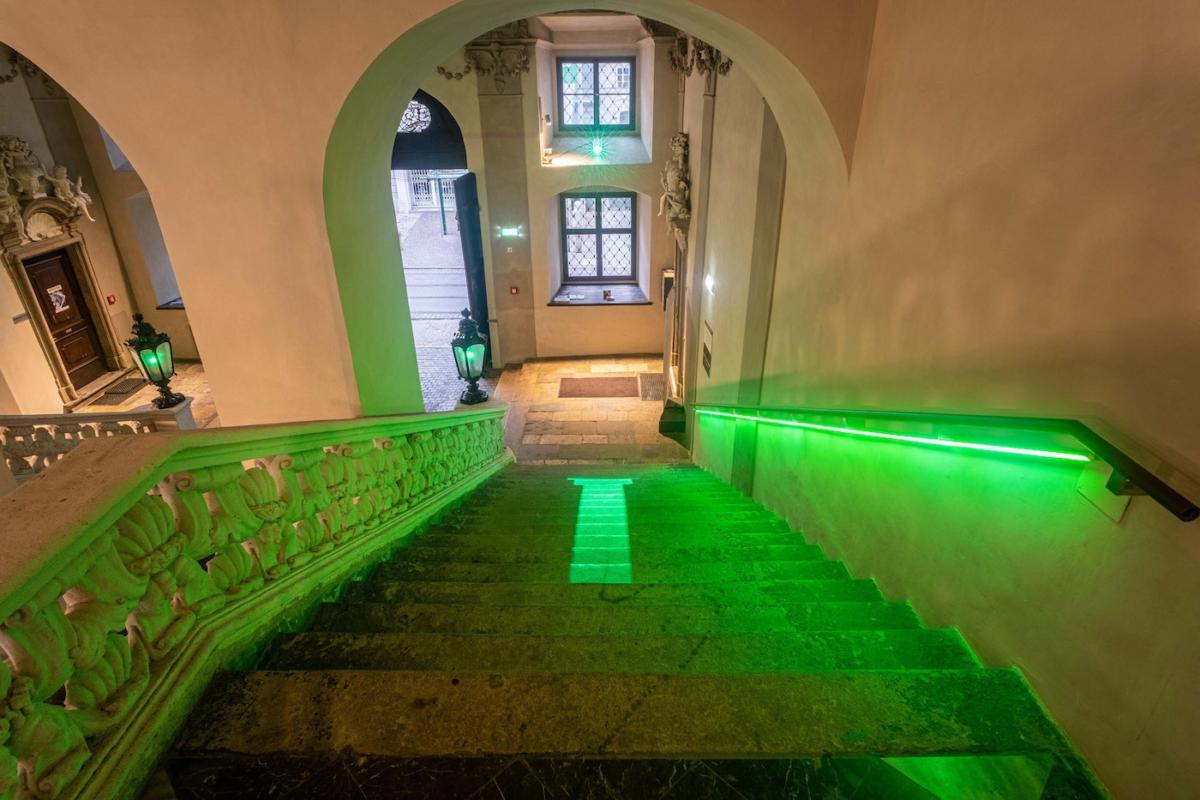 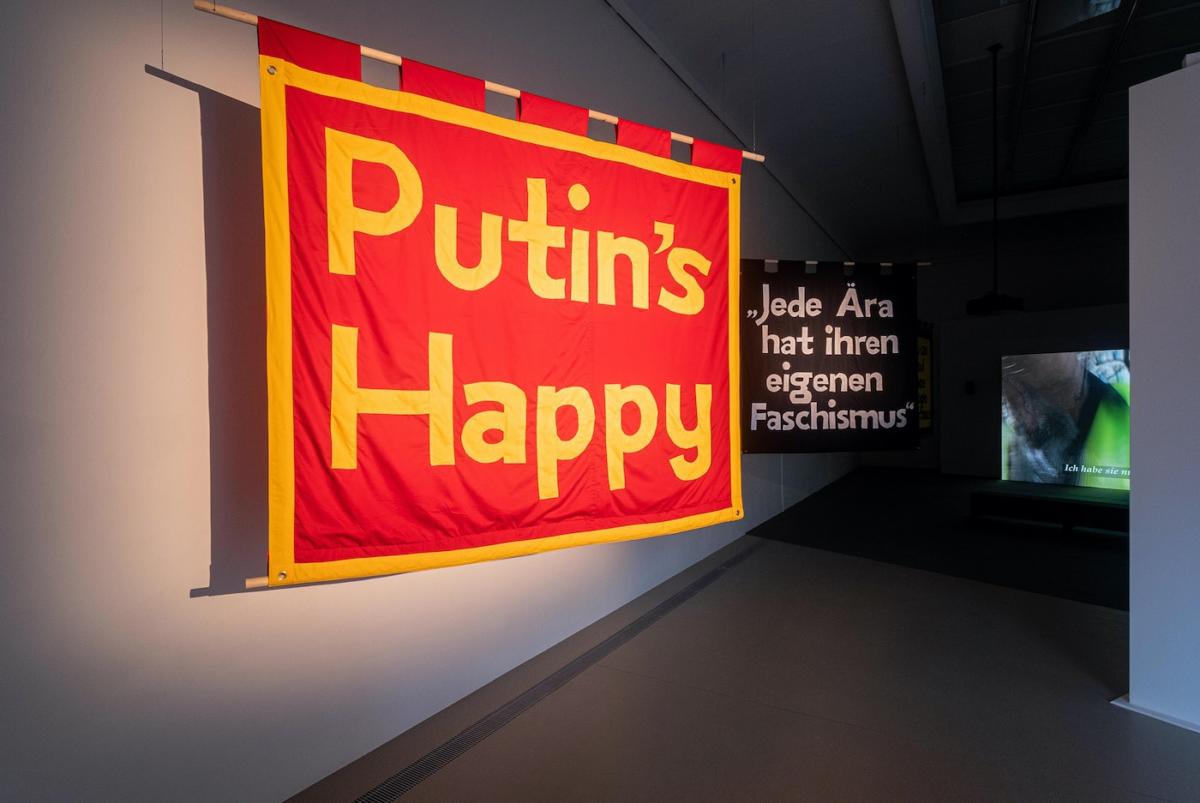 One sees this clearly in the many culinary and cultural comfort zones arising like bubbles all over the world, and Graz is one of them, especially when it is packaged as the “pleasure capital” of the “pleasure region” of Styria. The big question always arises: who is this packaging meant for, to whom is it supposed to appeal? Is it meant to attract new regional and domestic tourists, nostalgia-hunting pensioners looking for a piece of old-world charm? Or does it really cater to the business travelers, mostly male, ferried in on junkets for conferences and meetings? Guests are served by a mostly female workforce from Southern and Eastern Europe that cooks and cleans, providing authenticity and comfort with near-invisible efficiency. Enjoyment- and wellness-based lifestyles serviced by an outsourced and invisible underclass thus blur the boundary between work and play. Precisely such a blurring of work and play on vacation led to the downfall of Austria’s ruling coalition in the spring of 2019, pointing to what might be a brighter side of the “pleasant apocalypse.” Namely, right-wing leaders can fall prey to their own fictions.

This backdrop of pleasure and political crisis is the point of departure for the core program of steirischer herbst this year. It offers an extended and expansive meditation on hedonism in troubled times, leading well beyond Lukács’s metaphor. Engaging with the historical and historicist architectures of the city, it asks what it means to make a festival of contemporary art in the midst of former grandeur and old-world charm. This has been an issue since the festival’s conception in 1968. The city’s monuments tell stories of the Counter-Reformation, of the Habsburg Empire and its heroes, and of Austria’s “liberation” not from Nazism but Allied occupation. Examples of modern and postmodern architecture were only added later on. It is as if the city’s own aesthetic can absorb any aesthetic intervention into its ideological structures and its Historicist architecture. What dark memories does this architecture contain from the age of colonial empires? Even the most innocent ornamentation in the Baroque was part of a greater Counter-Reformational language of propaganda used in Europe to beat down religious reform and to convert indigenous populations in the colonies. The riches it represents, certainly, came from afar and were accumulated at great human costs. There are visions of those distant lands in the exotic ornaments and monkey rooms of the Baroque Palais Attems, where the festival has its offices. 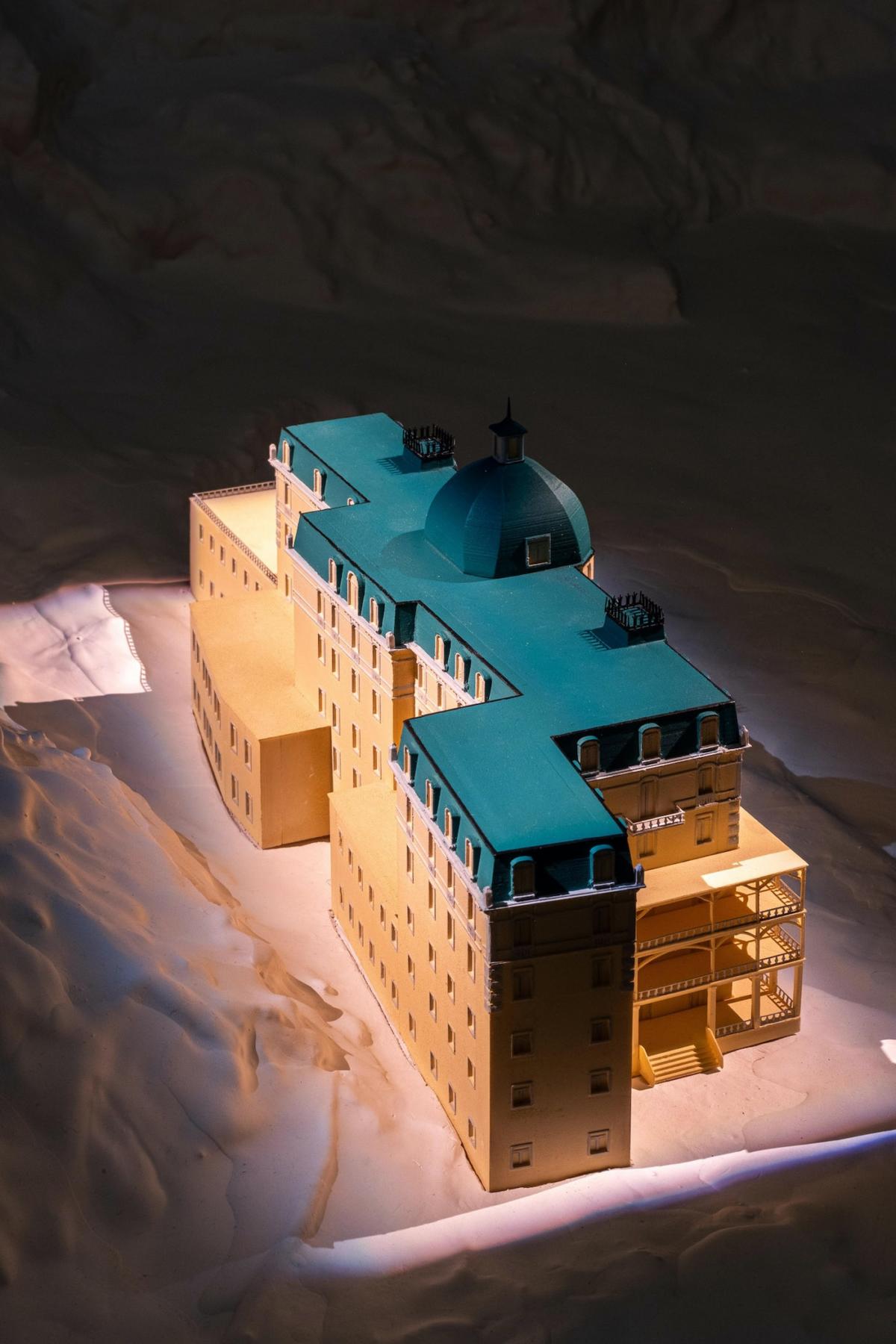 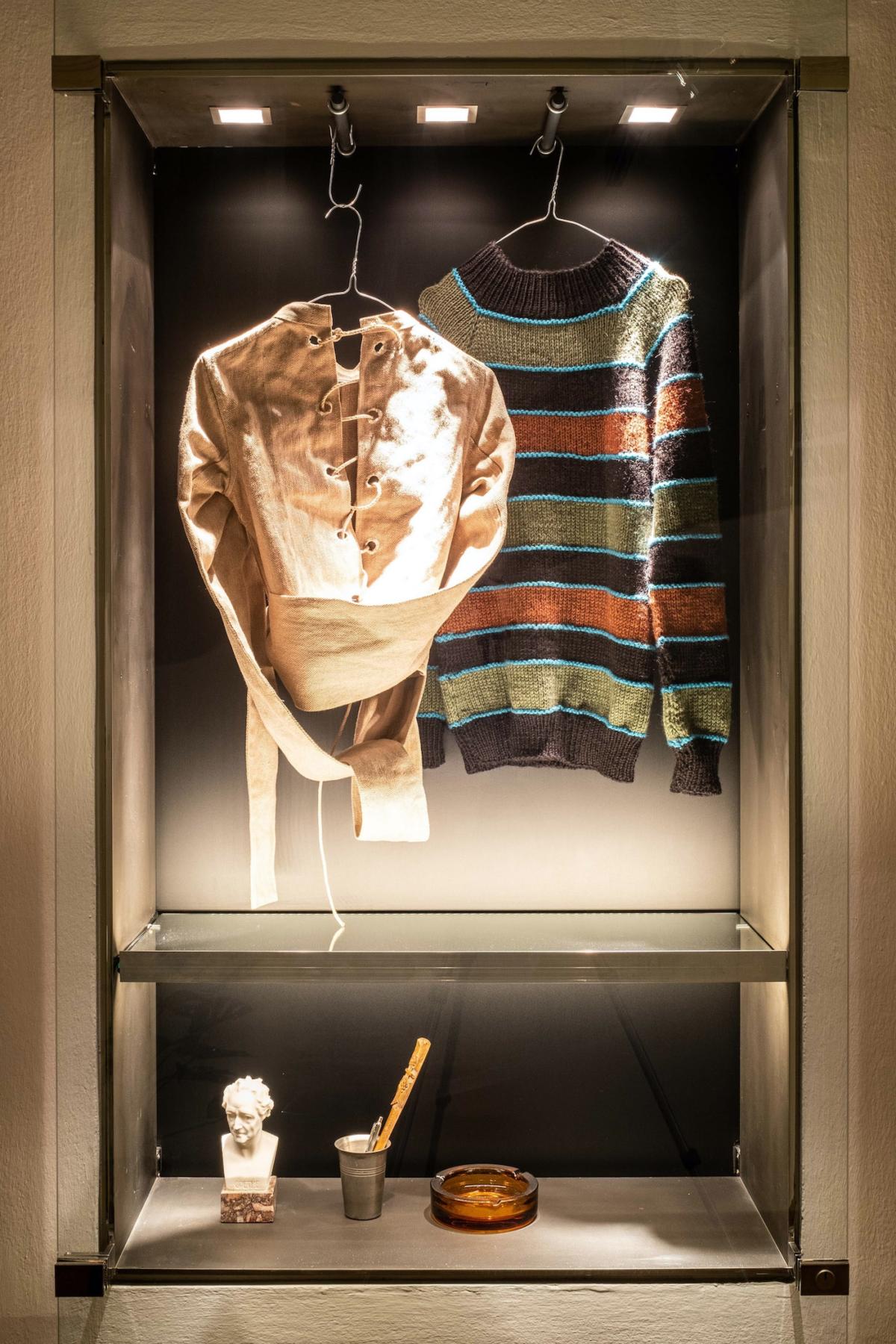 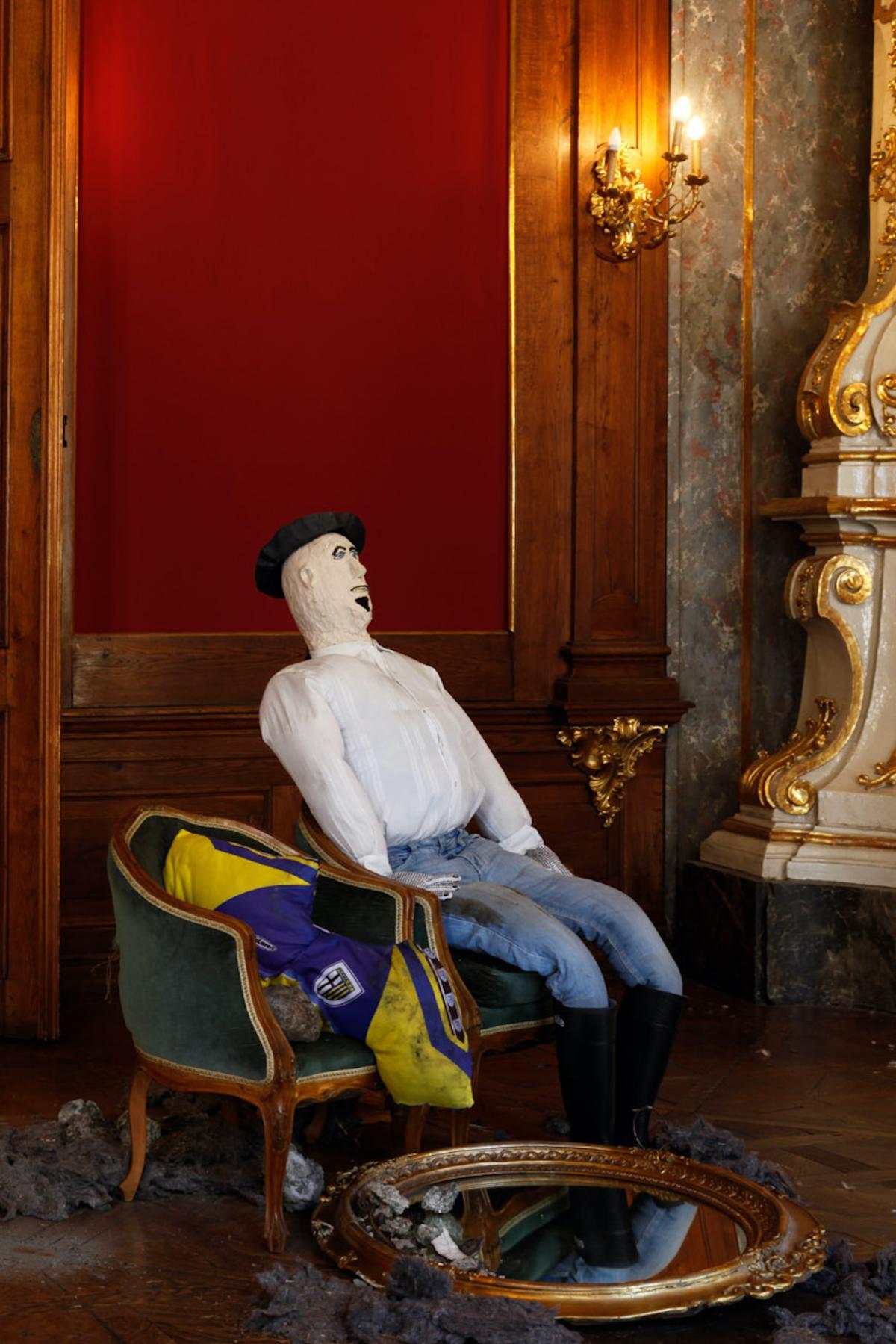 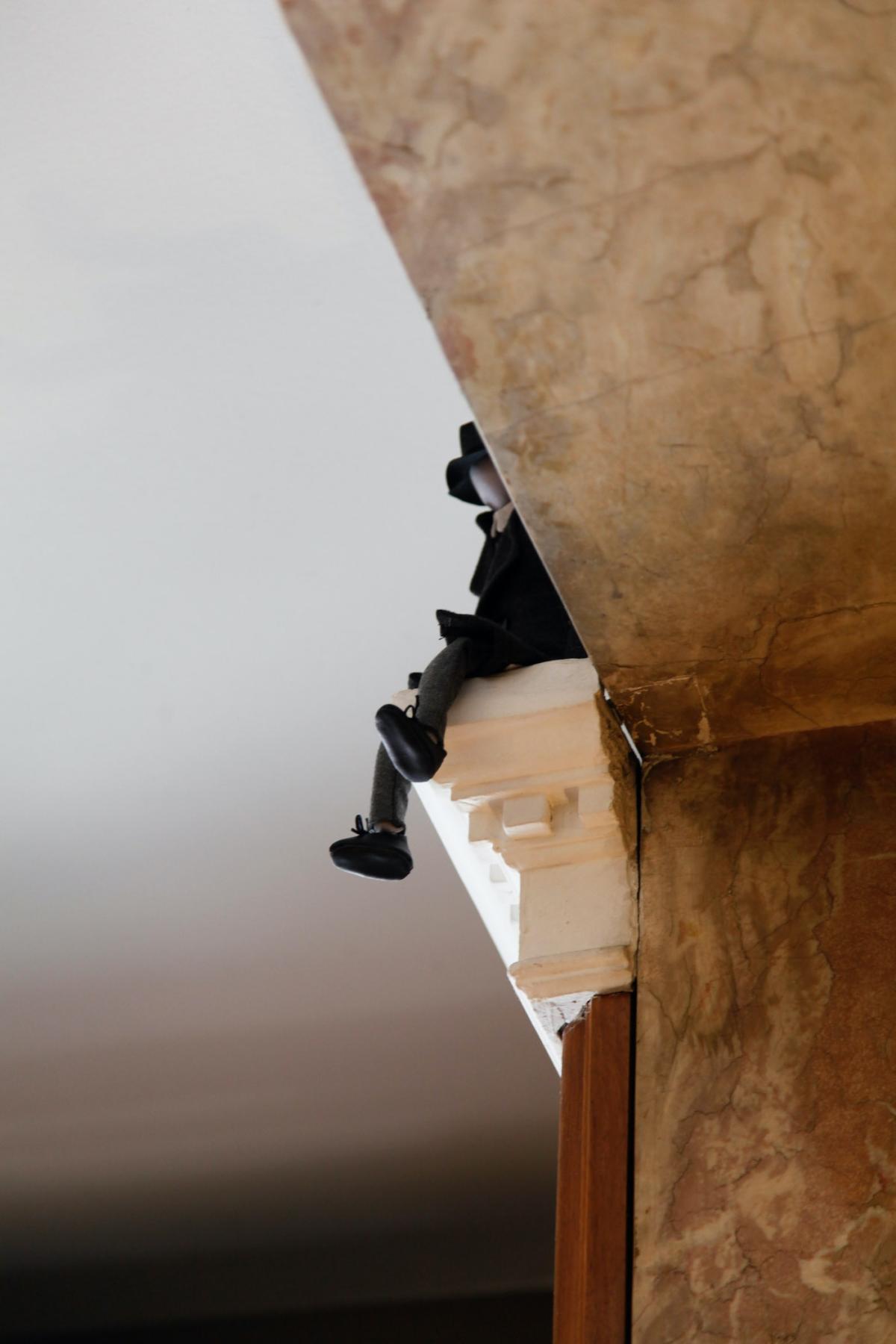 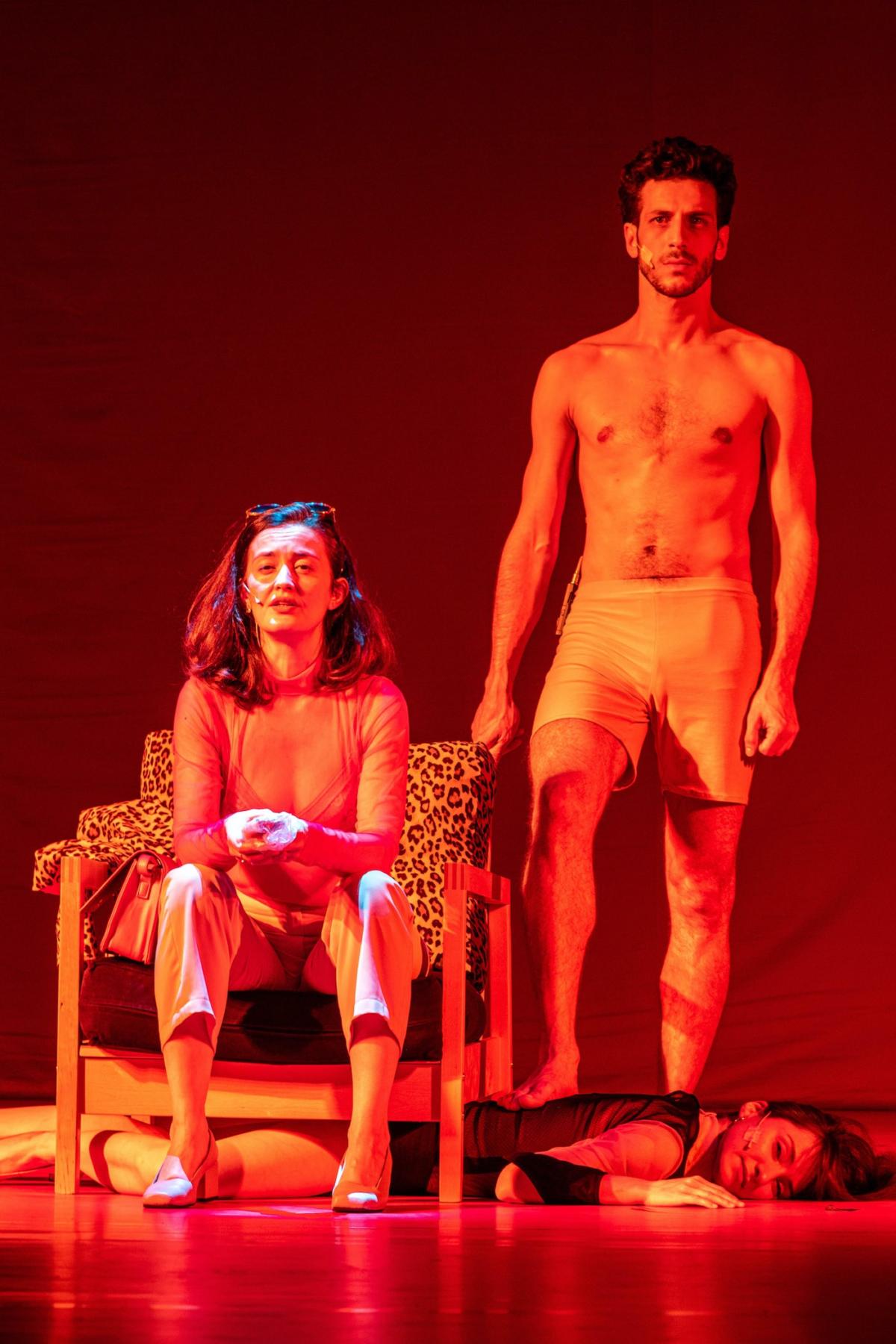 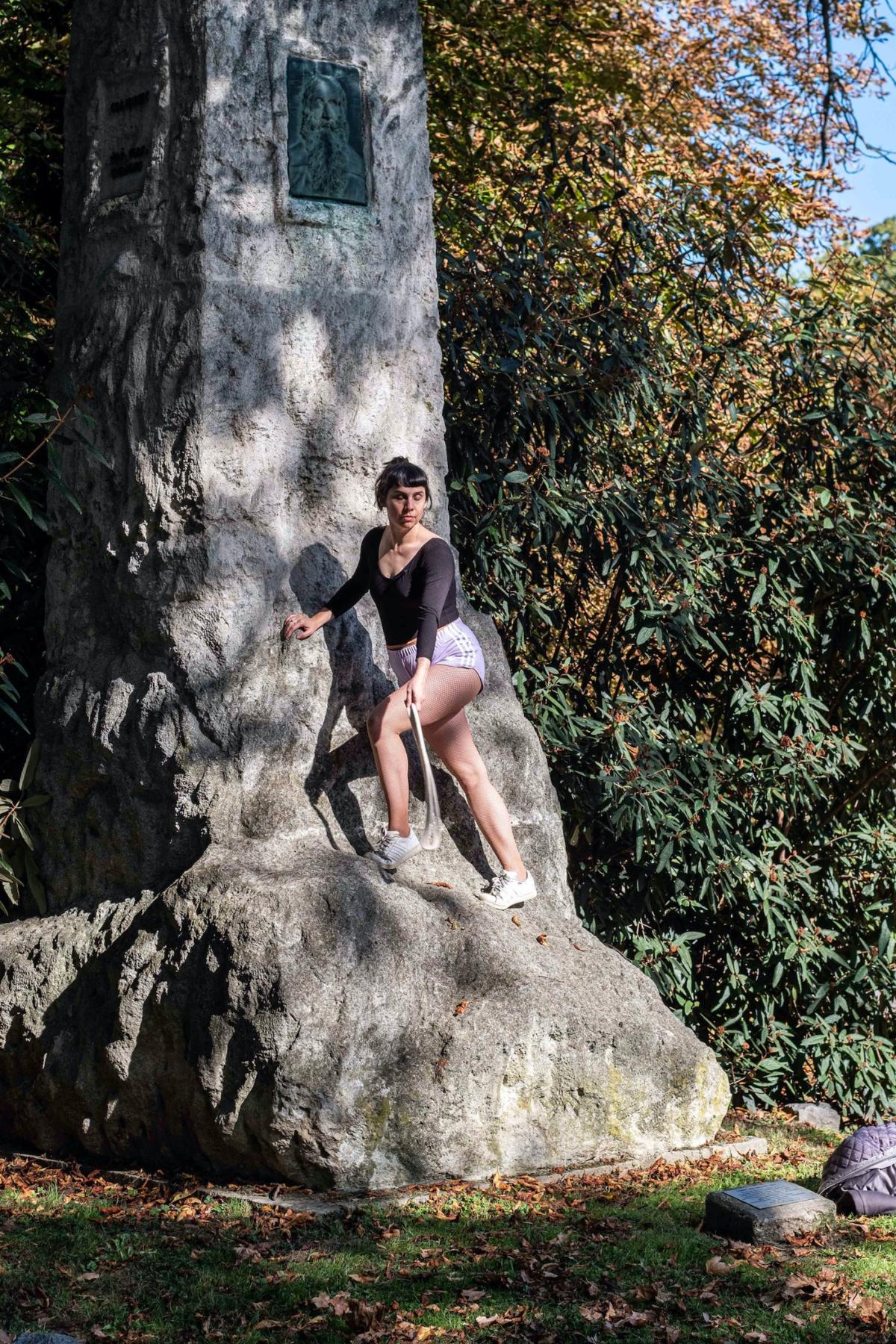 The same building was also the headquarters of the British occupation forces, providing the perfect backdrop for the early days of the Cold War. Most of the British officers, including a young John Le Carré, lived in what was then the city’s one real grand hotel, the Wiesler, whose officer’s club was rife with real and imaginary spies. There is some trace of espionage and intrigue, where the language of culture and art might become an idiom for conspiracy and murder, as in the classic film noir version of Graham Greene’s The Third Man (1949).

Today Austria plays its own role in the reloaded Cold War as an idyllic zone where one can imagine a new détente. Such visions materialized around a year ago when Russian president Vladimir Putin landed in Graz with a retinue of airplanes—one of them including a Don Cossack Choir—and drove off to a restaurant in the Styrian countryside, where he spoke and waltzed at the Austrian foreign minister’s wedding.

The period after World War II also saw the emergence of “soft power” cultural politics. The British took an active role in reeducation through culture, finding that the Austrian love for classical music, traditional theater, and opera was something they could admire and share. Our festival, too, has operatic preoccupations this year, acknowledging that the art form once declared dead might return in one form or another, yet always as a far cry from the classical heritage that the British so admired. Historical culture proved to be a common language of soft power, much more than modernism, which was so important elsewhere. Nevertheless, there is a pervasive myth in the city that the Künstlerhaus was a parting gift of the British before they left the city in 1955. The plausibility of that fiction from the postwar period is another theme in the festival. 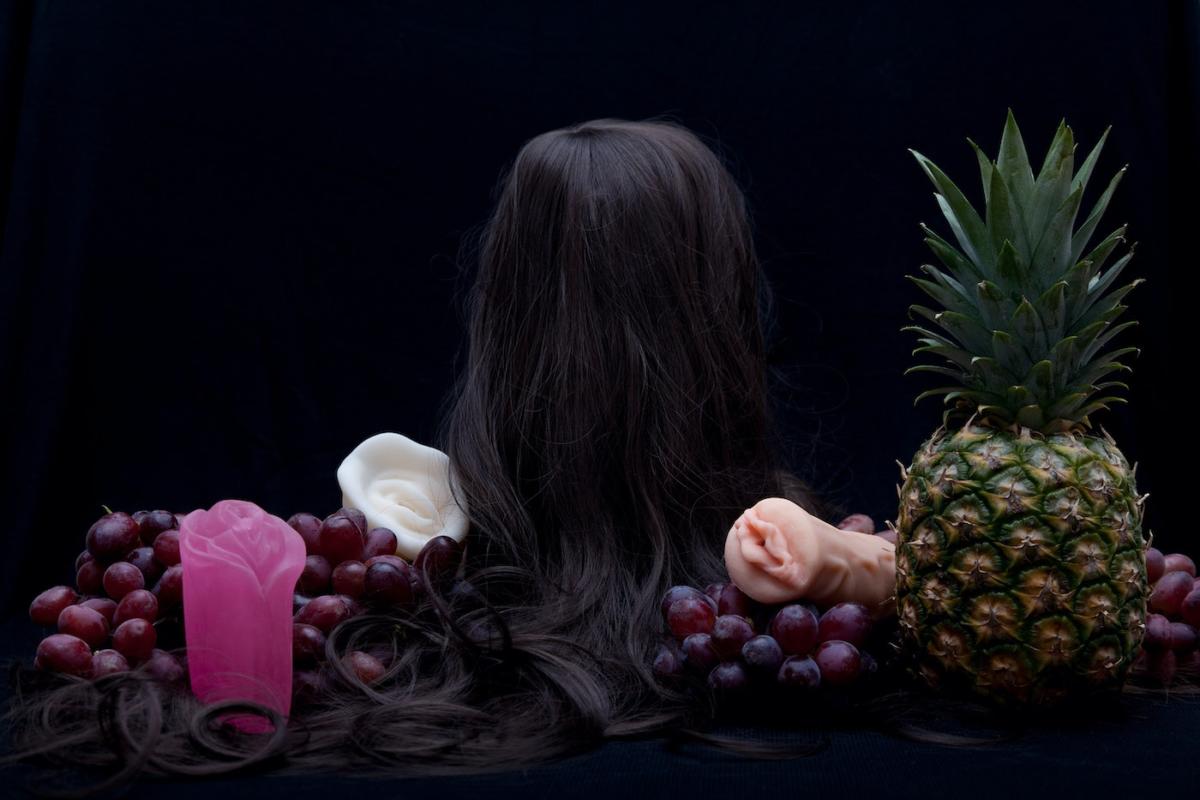 Hanna Rohn, The Pleasure Is All Ours, 2019, courtesy Julia Rohn 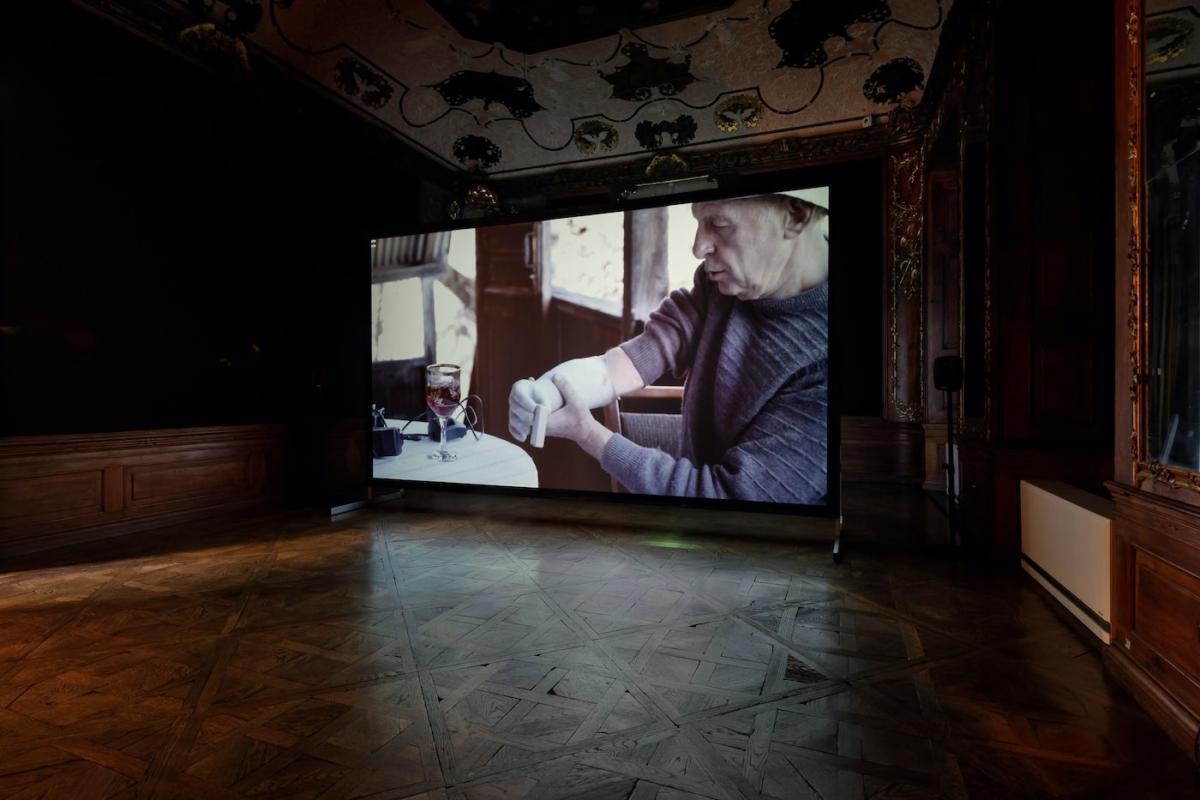 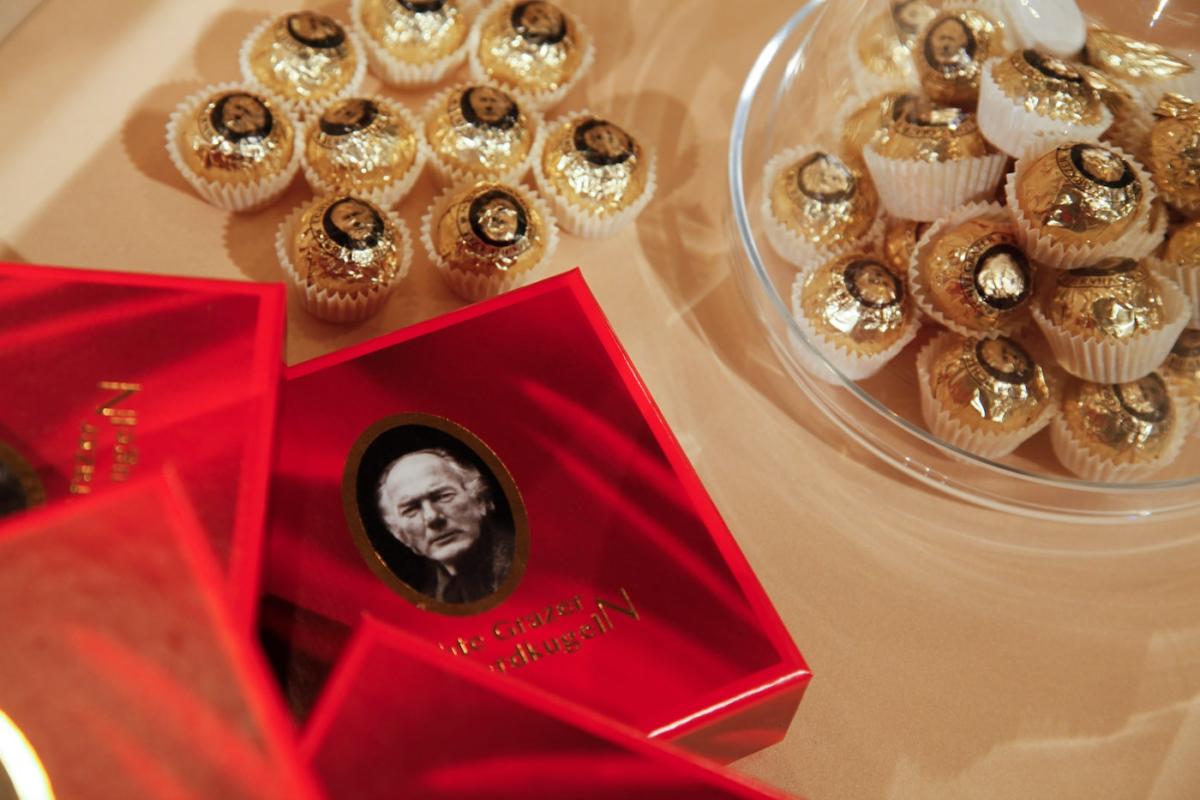 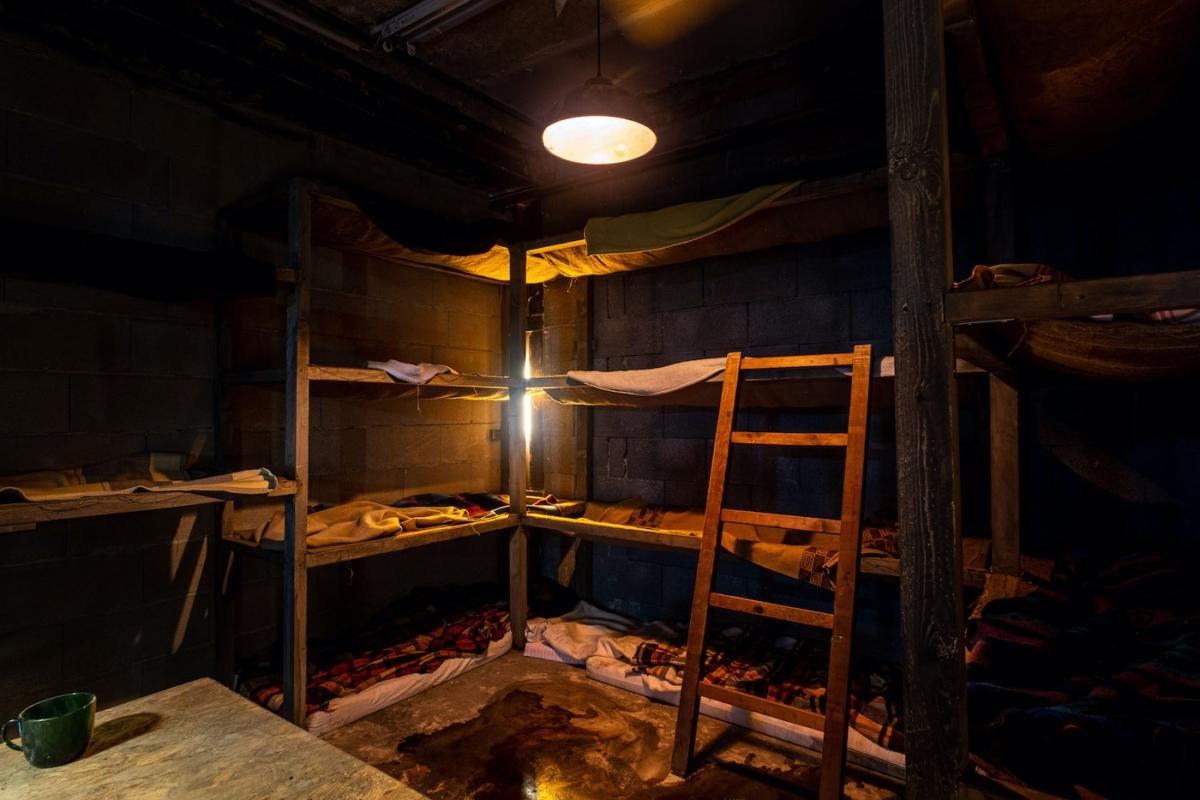 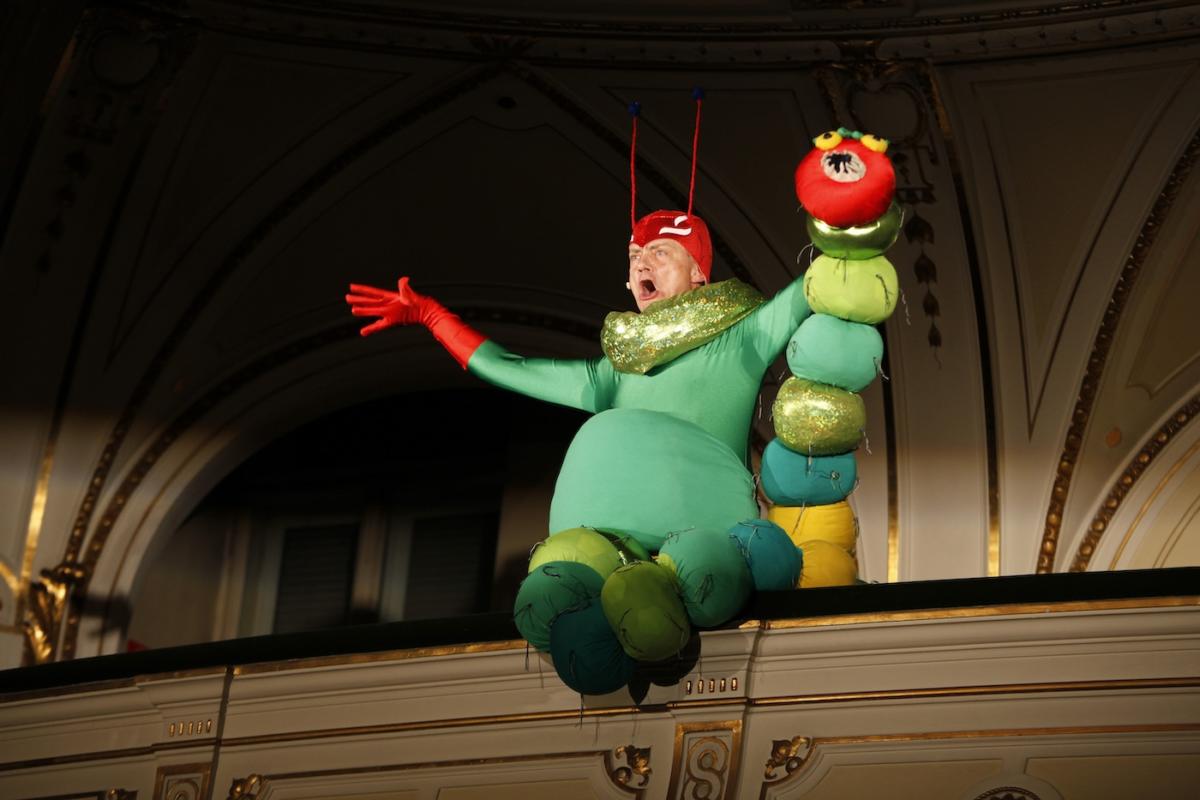 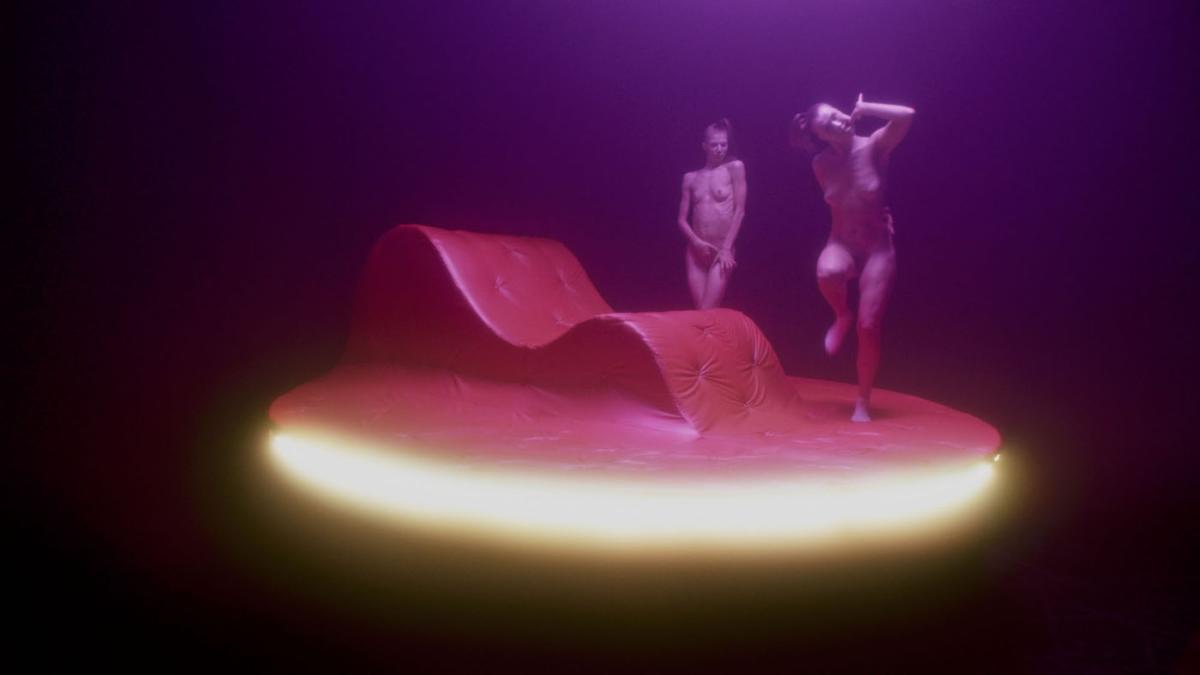 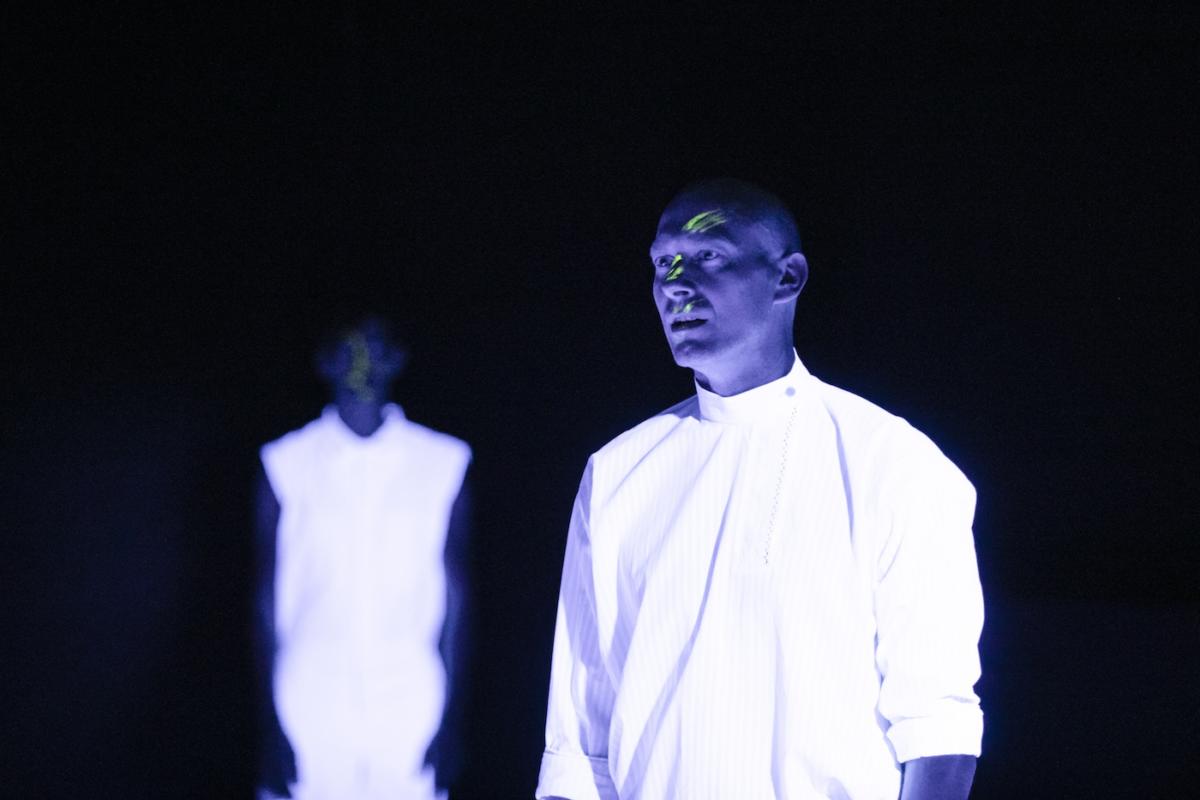 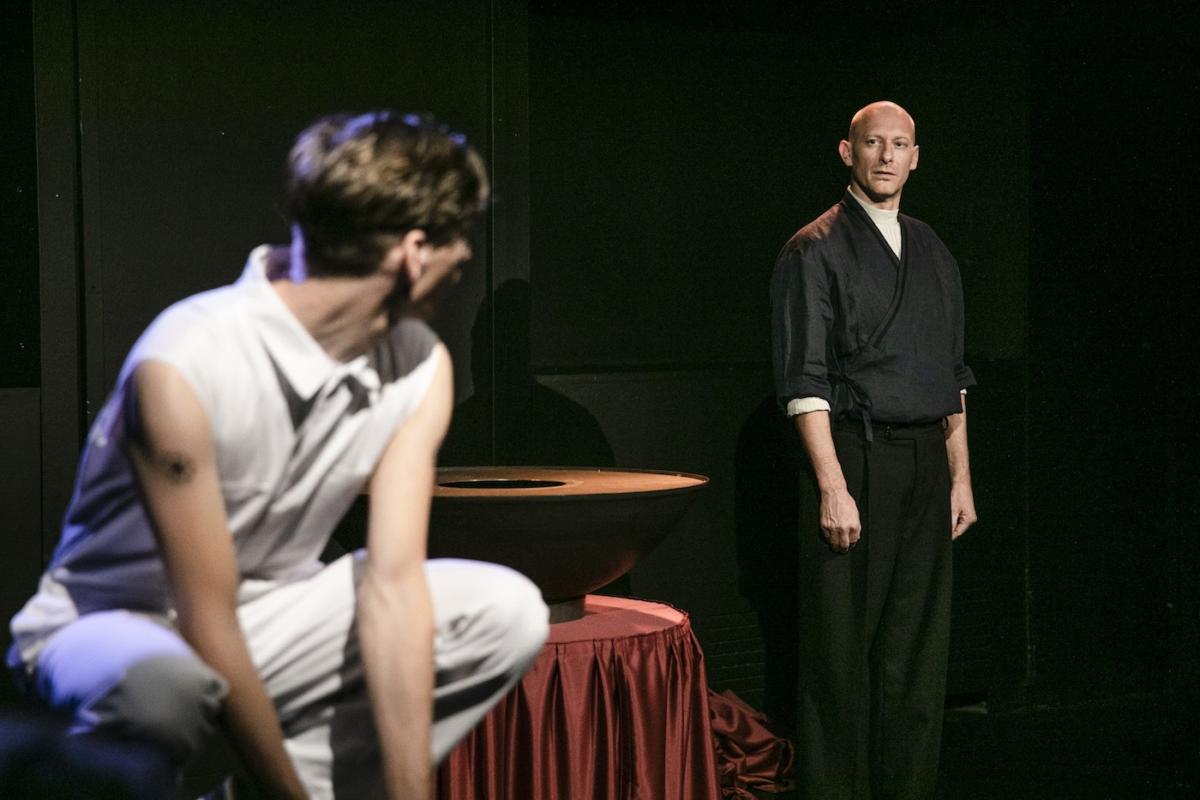 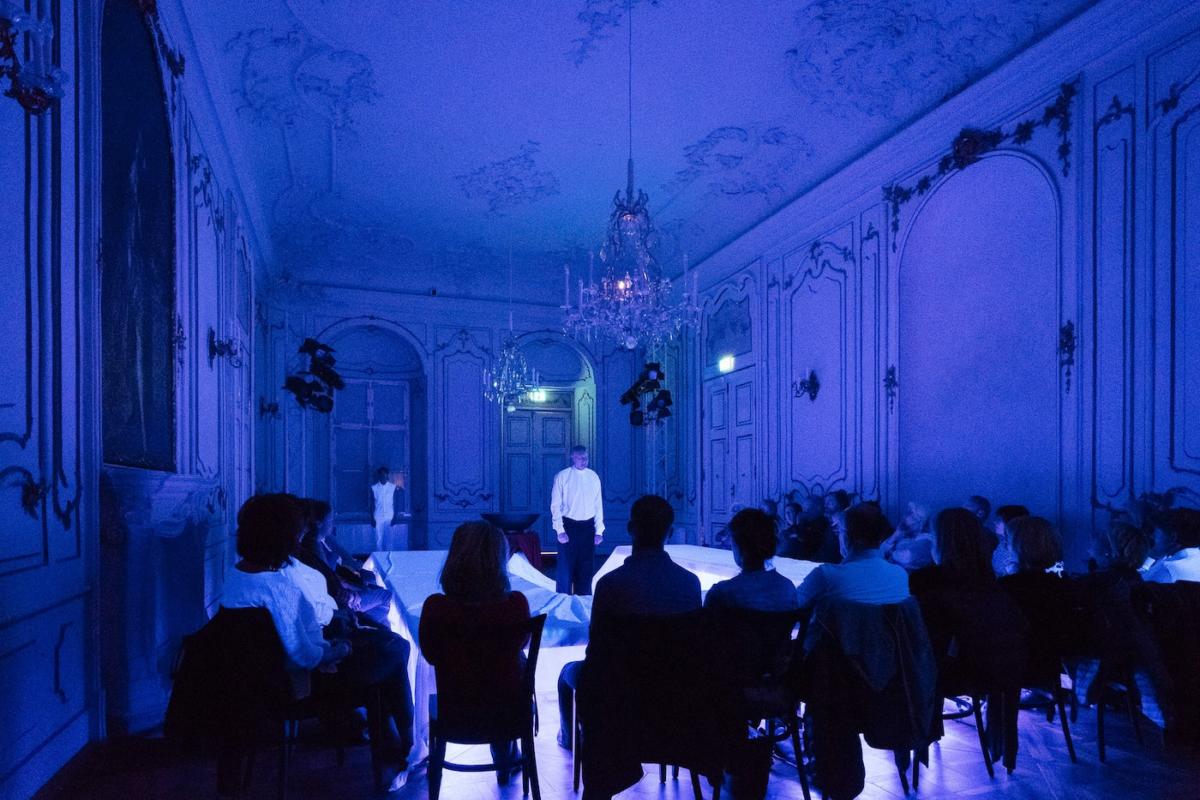 It was in the postwar period that not only tourism and wellness, but agriculture and food production also rose from the ruins of the war, providing the basis for today’s latter-day happiness-industry. All of these areas were pioneered during a larger industrialization of all areas of life in the prewar period. Their links to the biopolitics and military schemes of fascism was hastily hidden, leaving a residue that still somehow contaminates the otherwise pristine beauty of scenic mountainsides whose own dark histories are also explored by some of the artists in the festival. Others take us to the present-day Apple Road of Styria, giving a voice to the migrant workers from Romania and Poland employed there during harvest season. They, too, are part of today’s supply chain providing locally sourced, standardized pleasure in its edible form.

It is on the cutting edge of the happiness industry that self-improvement pushes beyond its previous boundaries, breaking the repetitive factory-style rhythms of travel, mealtimes, or sex. It does so with elaborate new creative propositions, while possibly hiding or even glorifying a reality where prostitution and exploitation are everywhere. In such a reality, there is an even starker chasm between the haves and the have-nots, another recurring theme in the program. Especially from the high vantage of privilege, it appears as a source of possible apocalyptic fantasies. Many of the contributions to steirischer herbst engage with this apocalyptic imaginary, not only as a mirror of dystopian tendencies in the present but as a space for hope and renewal.