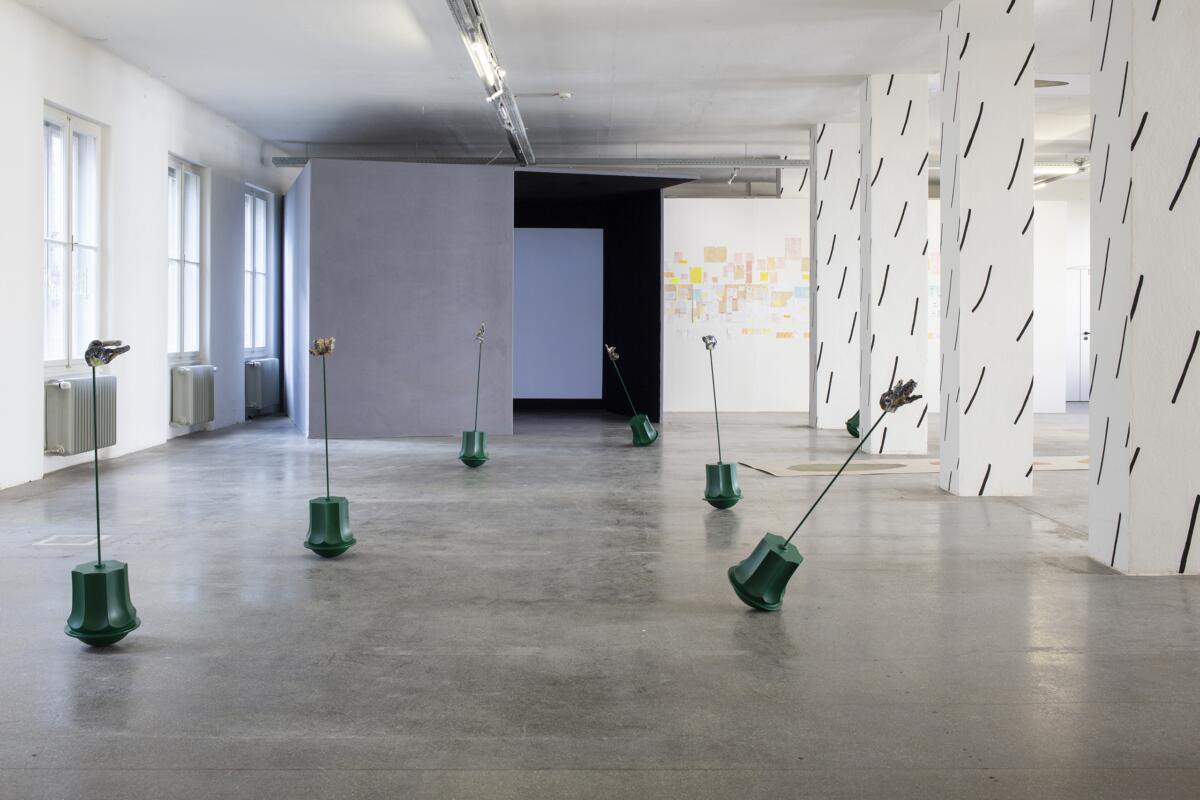 It wasn’t that long ago when optimistic determination still felt like a sensible mindset to have when facing one’s daily micro-political challenges. The surrounding discourse articulated it and the art enacted it, or at least attempted to. Years later, when the optimism that spewed competing concepts, formulas, models, aesthetics, all of which were tasked with ending the neoliberal slumber we were desperately trying to wake up from, has all but waned, there doesn’t seem to be much left of the once-reliable determination but anxious uncertainty. We still know what the problems are, what burdens or even threatens us. We have all the resources to fully articulate and attempt to solve them. Yet even on these tangible grounds where all positions have been (or could be) clearly drawn out, a mist of doubt persistently obscures our line of sight, preventing demarkations from having any practical use or effect.

The Unendliche Vorhersage (what could be roughly translated as the endless forecast) curated by Maximilian Lehner at Fünfzigzwanzig seemingly takes on the challenge of such a mist. Lehner carries the meteorological reference over from the preceding exhibition at the gallery entitled Vor einem Sturm (Before the Storm), substituting the dramatic tension (the suspense of a coming storm) for the apparent uneventfulness of a forecast that must be carried out indefinitely. 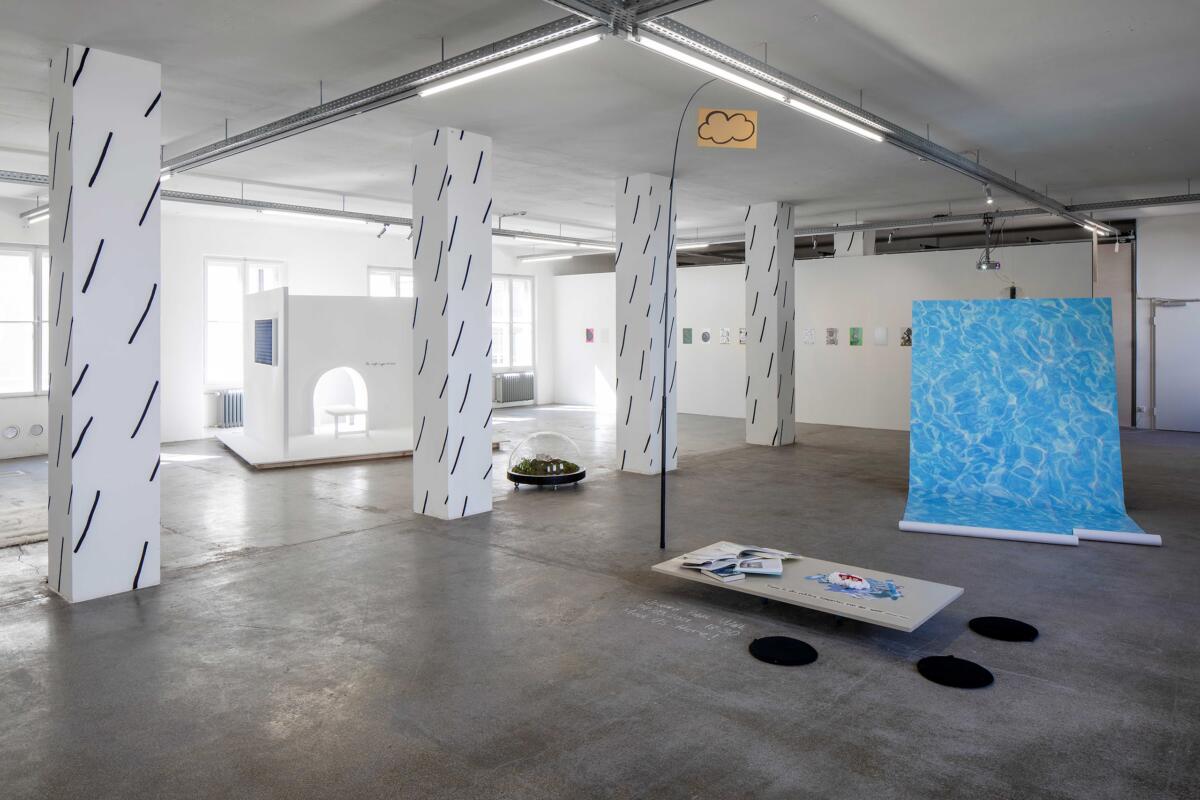 The works were (as in the previous exhibition) chosen from a number of applications that have accumulated at the gallery through the years. The seemingly arbitrary criterion through which the preliminary selection took place highlights the uncertainty that the curator takes on as a methodological principle. By letting go of the micro managerial  dimension of curating, the curation takes place as a process of reciprocal negotiation and collaboration. Overview and intentional articulation are substituted for emergent becoming.

Exhibited are works by Sherine Anis, Luz Olivares Capelle, Bartosz Dolhun, Susanna Flock, Stefanie Koemeda, and Apparatus 22. With some of the works from Before the Storm (works by Andrea Lüth, Marie-Andrée Pellerin, and Žarko Aleksić) making a reappearance.

It takes a particularly patient and even stubborn disposition to attempt to determine uncertainty itself. To forecast it – predict and plan for its various (and plentiful) shifts and evasions. To assess, mark, and simultaneously already reassess and correct. At first glance, the exhibition might look modest or unassuming. As it deals with and reacts to (one might even say, moves with) uncertainty itself, it does not have time to conceptualize, formulate or model a way out (to devise a plan or a course of action). The discipline that goes into negotiation and collaboration eventually leads to a balancing, the success of which can only be subtle and quiet. Loud are merely statements that can be ascribed to the particular works, whereas as a group, it is the reserved silence that secures the polyphony of artistic voices that steps into the foreground. 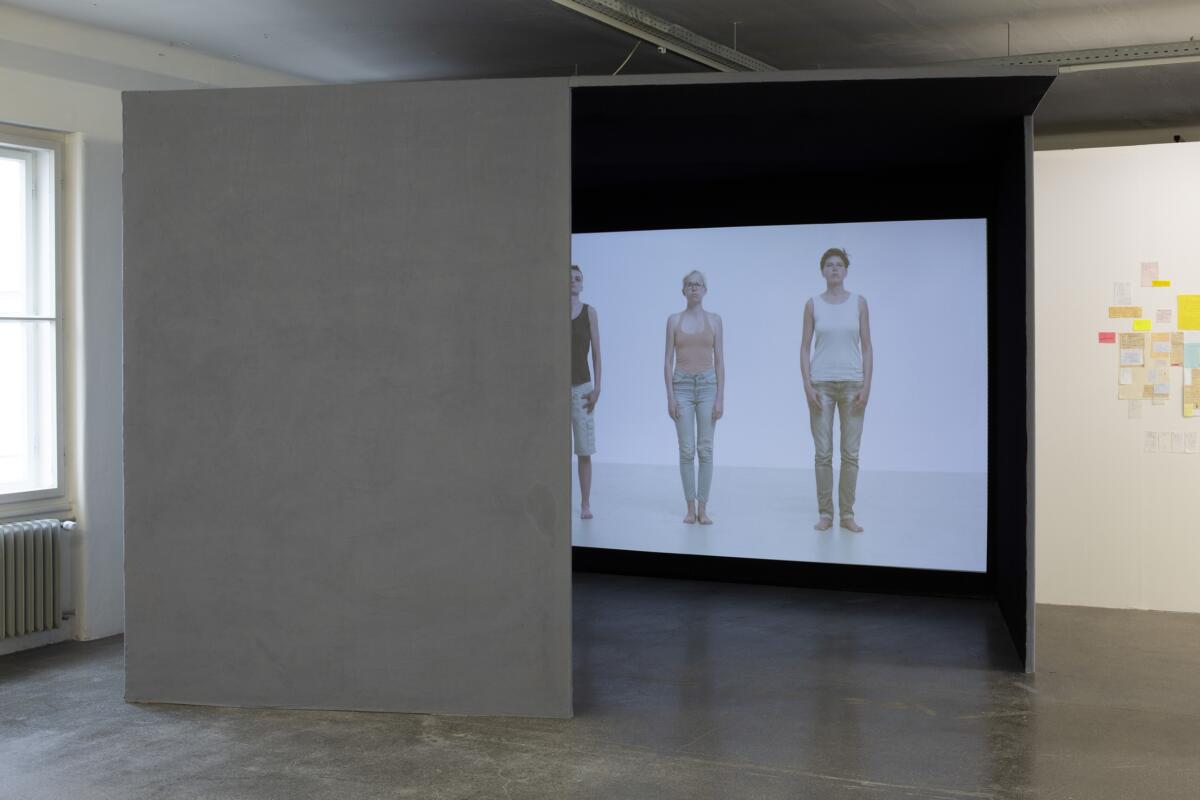 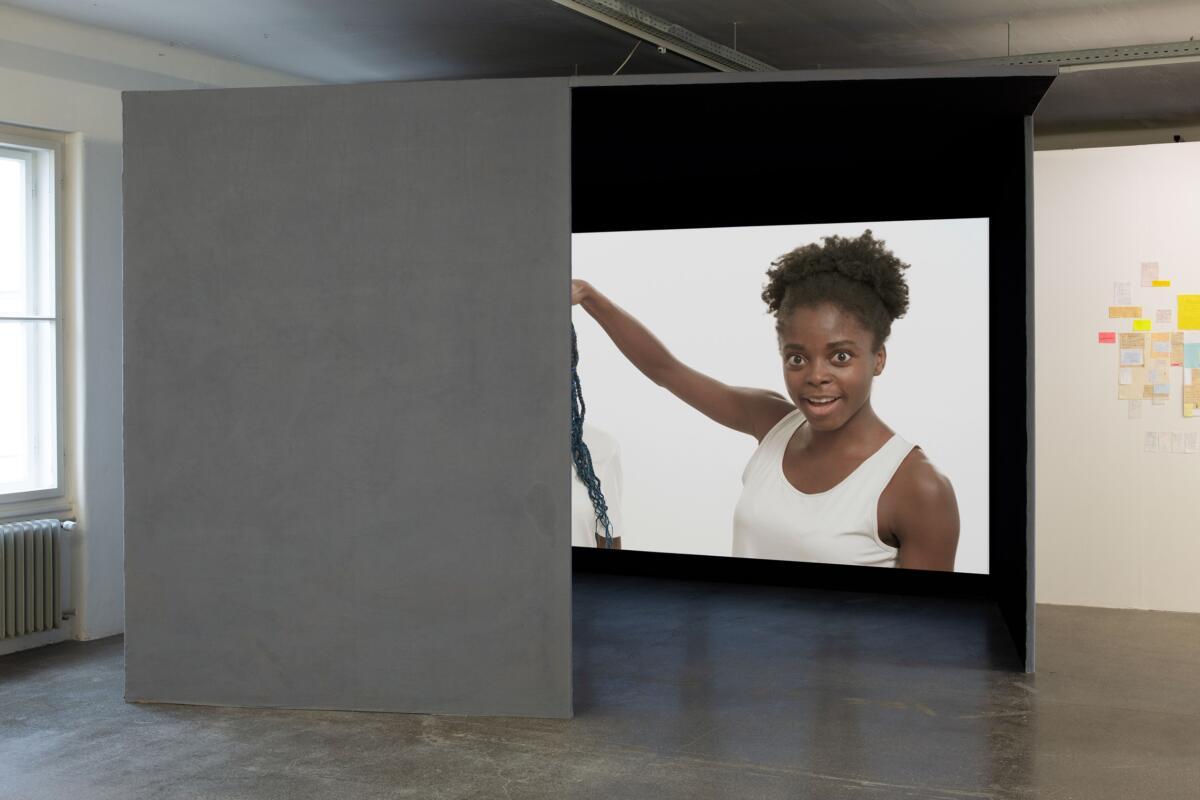 Like the ceramics by Sherine Anis (split | spit | sip, 2017), balance is something that is unpredictable. The colorful glazed ceramic pieces depict various commonly used hand gestures. Attached atop thin green rods and weighed by octagonal bases with convex bottoms, they are still as long as they remain undisturbed. Some stand straight, most leaning at various angles. The danger of one flipping over seems ever-present. Language is filled with oppositional forces at times violent and messy, the balance of which might seem impossible yet is oftentimes somehow achieved. We still manage to communicate and coexist, form communities, alliances, and occasionally productive strifes. Even when all seems to be spiraling out of control, language stubbornly persists. And the delicate ceramic pieces do as well. The unpredictability of language, particularly body language, holds a strong presence also in the film perForming me?(!) (2018) by Luz Olivares Capelle. There the imitation of conventional poses and gestures by participants of various ages and genders highlights the various small differences that transpire between the executions of the poses. The film leaves one pondering what role such differences might play in (or the impact they might have on) the formation of identity.

Whereas Susanna Flock approaches the notion of language from the perspective of its many eclectic forms and expressions that take place on various parts of the internet (for instance, online retail stores, etc.). With Copies (2021) the artist applies citations of online reviews of products on window glass panes with translucent sugar glass, marking the exhibition space with a spectral presence of a language that is fully utilized, disembodied, and at times simplified to the extent where it ceases to hold meaning. At first glance, the spectrality of the window pane inscription, that slowly melts from the occasional winter afternoon sunlight, could be ascribed to the grim prospects of a disintegrating language (slowly melting from under our lazy fingertips). Yet it is more likely the eerie realization that language nevertheless persists and functions, even if or when we lose the ability to (fully) understand or produce it, that gives the piece its ability to produce chills in the end.

Of course, such thematic outlines have their limits. Every interpretation is most likely an over-interpretation when uncertainty is concerned. Other works set their own agendas and put forth or suggest different lines of reading. Hence, the endless forecast. The forecast can only be temporally capricious, even mischievous, as it demands from us to break away from linearity or any consistent discerning of time – to get away with the work meant for an eternity within a single visit – or simply choose one path to go down as our own. The viewer eventually finds themselves part of the emerging process, engaging in a speculative practice, the outcome of which will only persistently evade them. It is in this very displacement that the curator sets their final bet: the future, if there is one at all, arrives at the moment when uncertainty becomes unpredictability, when what could be perceived as the imminent fails to take its proper place. 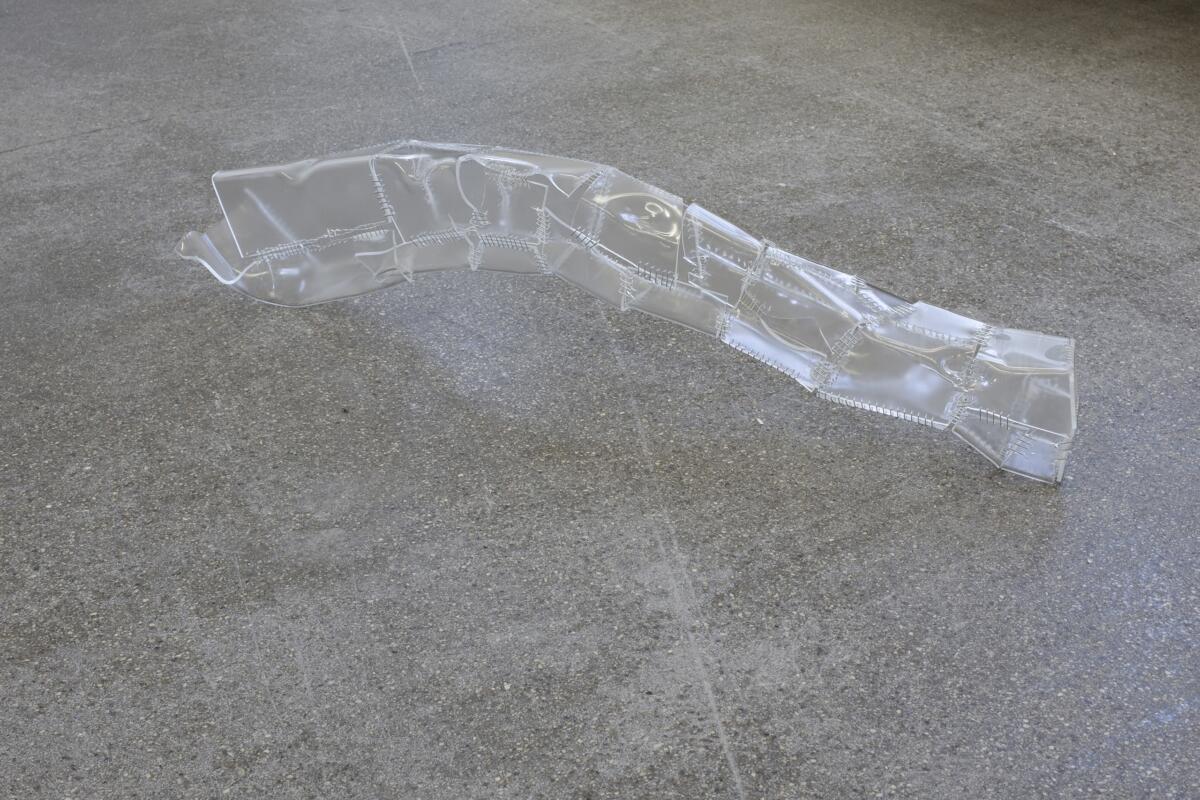 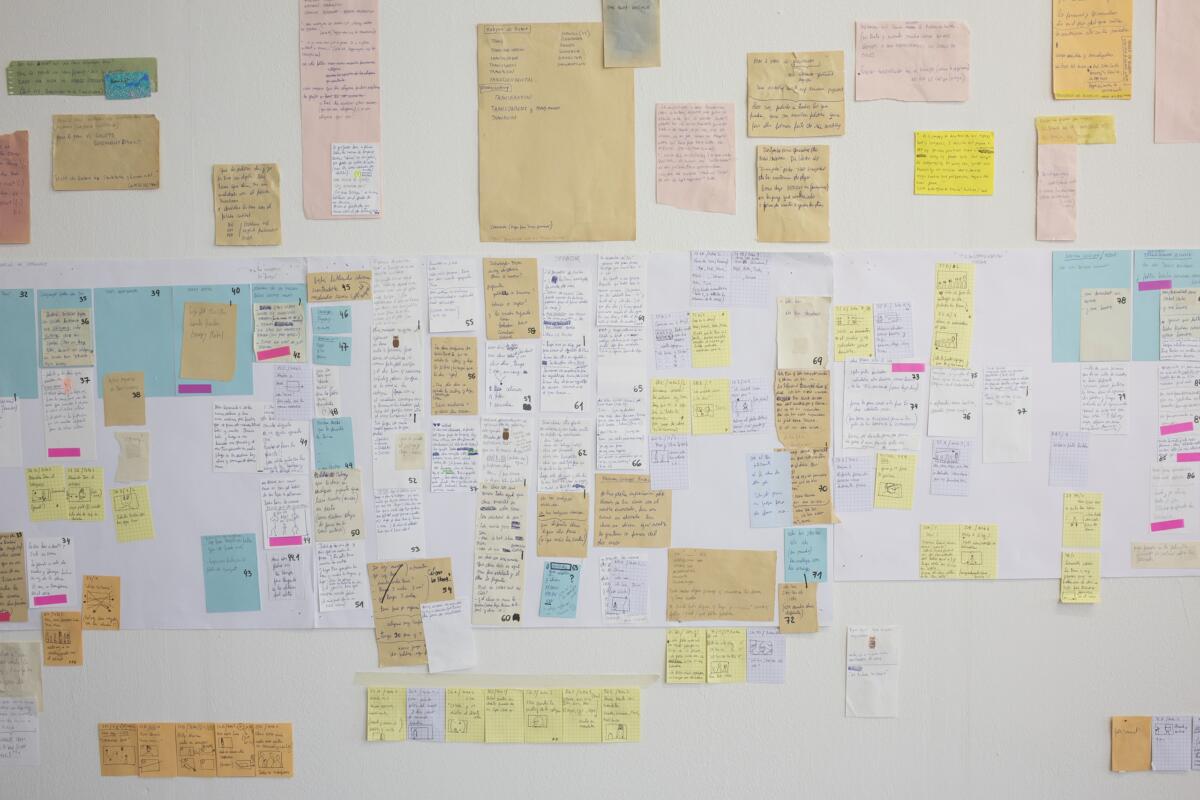 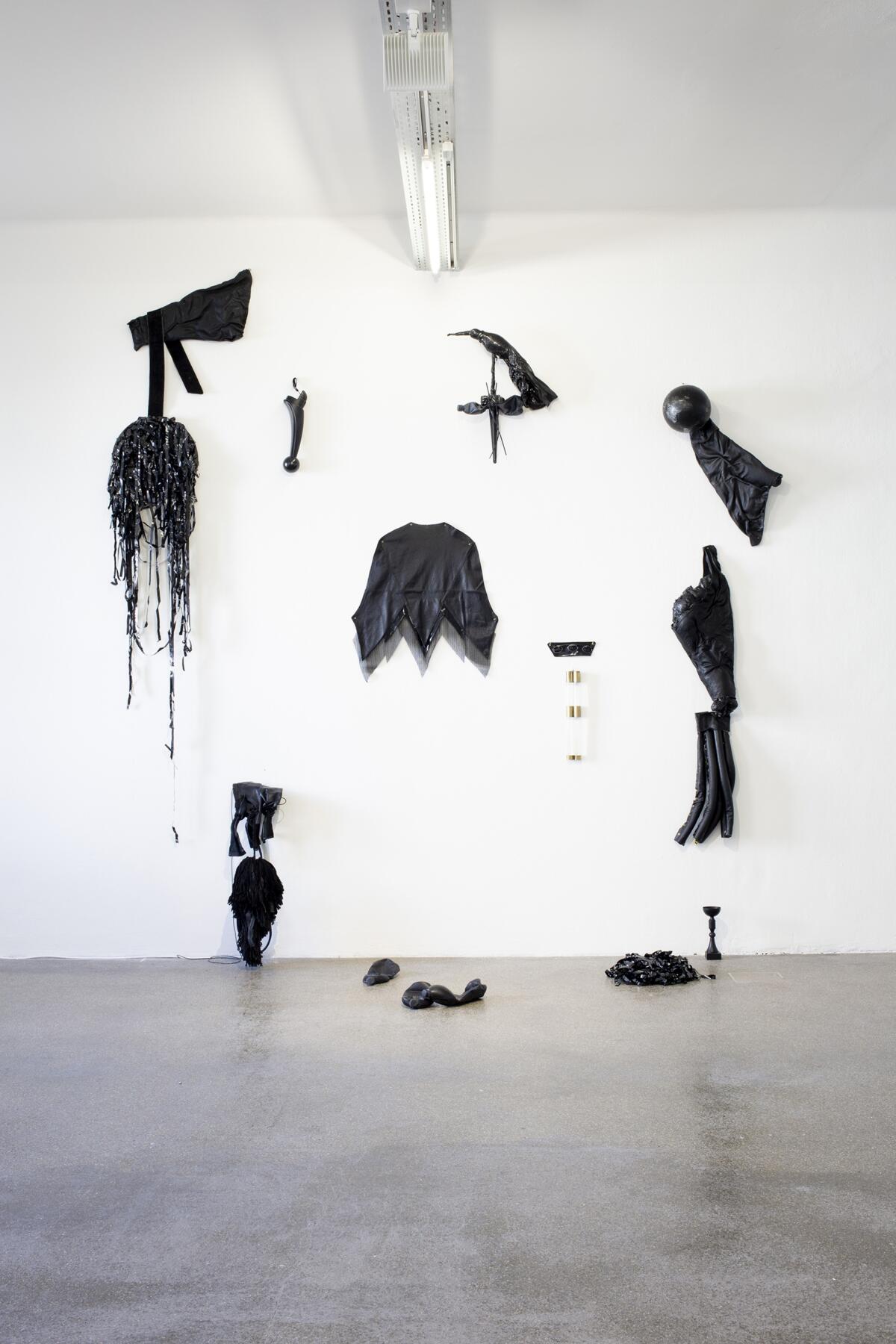