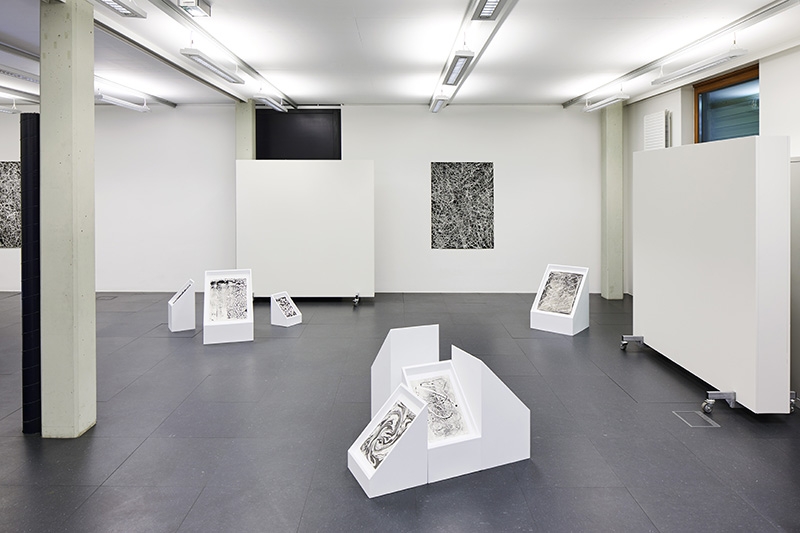 Like how a line separates two planes from one another, it connects them as well—the line is a constitutive element of the space it traverses: be it on a flat piece of paper or as a path through nature. Impelled by intrinsic artistic discourses on the drawn line and its relationship to space, Birgit Knoechl’s artworks address topics with social relevance: hybridization and migration, mimesis and appropriation, growth, acceleration, and control. Birgit Knoechl’s lines are never straight: with proliferations that almost threaten the exhibition space in their combinations of artifacts with forms from nature; with contours superimposed in overlapping layers, freed from their two-dimensionality by the cutter, whose shadows spawn ever more lines; with printed surfaces that mutate into linear graphics within an image plane; with crystalline objects whose components are coated with reflective latex and occupy the space like the silhouette of an image; with jet-black painted paper whose appearance responds to the space depending on the climatic conditions as if it was alive—with all of these methods, the artist defies the straightness of the line. Even more so—her lines are rhizomatic, without beginning and end, yet originate from a middle.

Kunstraum Lakeside presents works from Knoechl’s most recent series Der Bildungstrieb der Linie I–LI [The Formative Tendency of the Line I–LI, 2021/2022]. In these consistently black-and-white prints the artist explores the potential of lines to become spatial and to form a body, so to speak. At first glance, the 51-sheet series appears heterogeneous: The artist uses different types of paper, ink and linoleum paint; she works with small and large formats and employs various hybrid techniques. Upon closer inspection, similarities between the graphics become apparent: The viewer never encounters just one line, rather the outcome of complex processes of transfer and revision. Knoechl does not simply apply strokes of a line to her image carrier; she removes the ink from a carrier plate and makes a print of it, while the ink is still wet, and subsequently works on it in detail—for example, by painting over all areas in black not intended as lines. Or she overlays a monotype with marbling, the random product of ink on water. 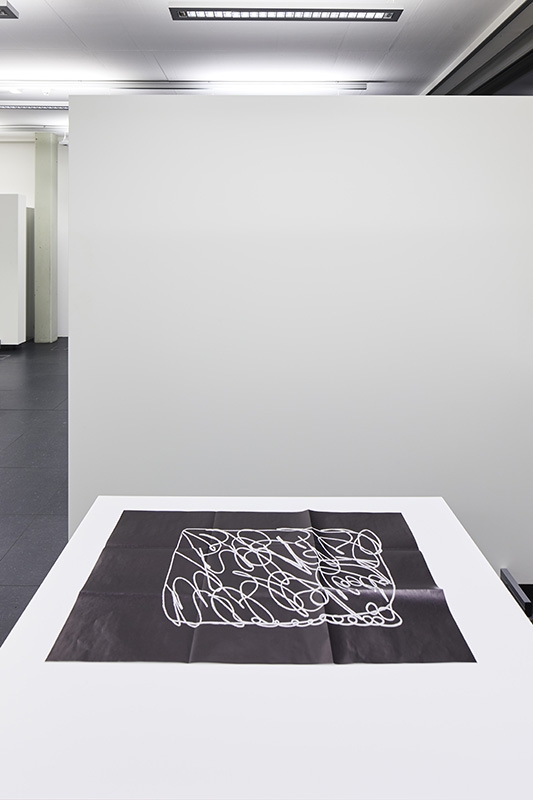 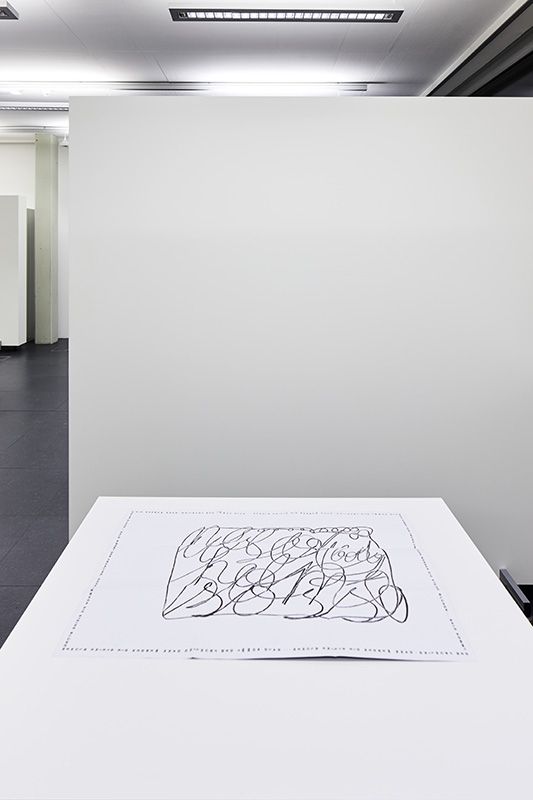 “I allow, react, and control,” says Birgit Knoechl about her artistic practice. The material properties of paint and paper as well as those of the coloring agents of her monotypes are integral to the final graphic results. Her exploratory approach is inspired by the likes of Friedlieb Ferdinand Runge, who in the mid-nineteenth century used the separation properties of paper to create images of captivating beauty with chemical solutions. In 1855 the chemist and scholar published the book Der Bildungstrieb der Stoffe veranschaulicht in selbstständig gewachsenen Bildern [The Formative Tendency of Substances Illustrated by Autonomously Developed Images] with a compilation of paper chromatograms pasted in as unique specimens. In his book Runge describes how chemistry makes its own pictures and how this “formative tendency […] can paint better than any painter,” whereby the development of the picture coincides with the development of the color: “[As] the color, i.e. the colored compound, is formed by the chemically opposed substances, the picture is formed.”[1]

Birgit Knoechl relies on the properties of the materials she uses and allows them to produce forms on their own. In turn, she reacts to these very productions. A dialogue unfolds between the material and the artist in which calculated chance plays a key role. She repeats these coincidental pictorial results in serial experiments by modifying certain parameters, such as materials, hand movements, or their sequence. Knoechl conceives her own body as a “storage apparatus” that, over years of practice, records, processes, and reproduces gestures of drawing; in other words, it participates in the creation of the image even without her conscious control.

In the exhibition Bald kommt der Frühling, dann werden die Steine blühen [Spring is coming soon, then the stones will bloom] a selection of graphic works is juxtaposed with transfers of Knoechl’s drawn lines to the medium of film. Here, too, temporal and spatial overlaps and the movements of lines and body come into play. The graphics and moving images are presented on displays made of cardboard and covered with paper—a sculptural setting in the exhibition space, which holds the works in suspense. Neither as individually framed artworks hanging from the wall and immobilized for eternity, nor as horizontally prepared archival documents calling for constant updating: Rather, the sheets can be examined as if on lecterns. These displays incite an engagement with the graphics that is similar to reading texts; a reading, however, that is not geared at deciphering transparent signs, but as a way of understanding that foregrounds their materiality. With this form of presentation, Knoechl invites us to be receptive, to follow the marks on the paper with our eyes, to embark on a journey, a pictorial journey, and to trace the process of production, that is, the manifold forms of transfer. 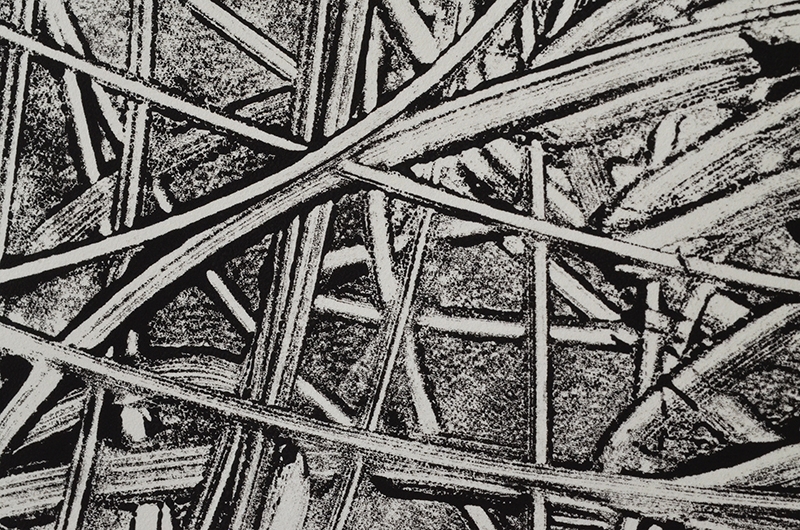 “Yet whether encountered as a woven thread or as a written trace, the line is still perceived as one of movement and growth,”[2] writes anthropologist Tim Ingold. Birgit Knoechl’s show Bald kommt der Frühling, dann werden die Steine blühen is an exploration of everything that lines can be. Her indirect working method encourages viewers to literally feel what the lines are made of and speaks of a devotion to the material. The artist is not interested in self-contained entities, rather loose connections and dense networks that stand out from or link to their surroundings, depending on the point of view. Hence, it is only logical that she does not see herself as the sole creator of her images; on the contrary, she points to the relative autonomy of the materials she uses and the processes she initiates. It becomes obvious, then, that as an artist—like all human beings—she is connected in many ways to the world of substances, to a world that can be understood as a bundle of real as well as imaginary lines, a world pervaded by connecting threads and traces. 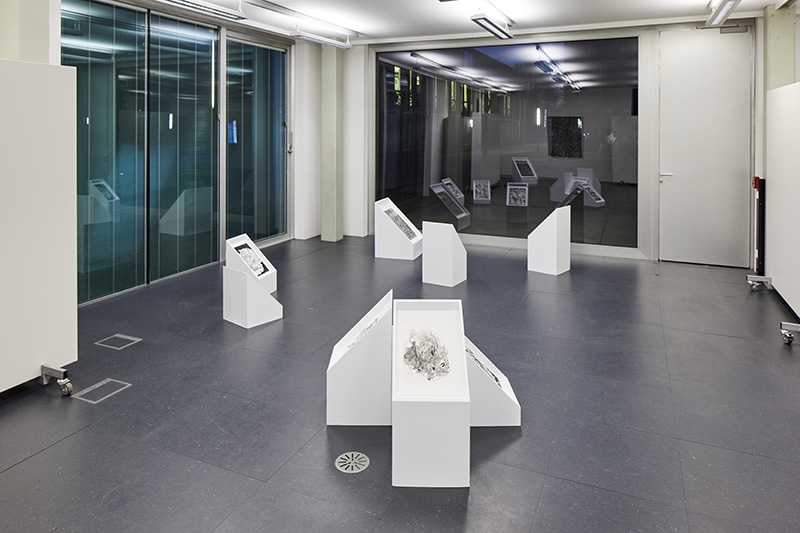 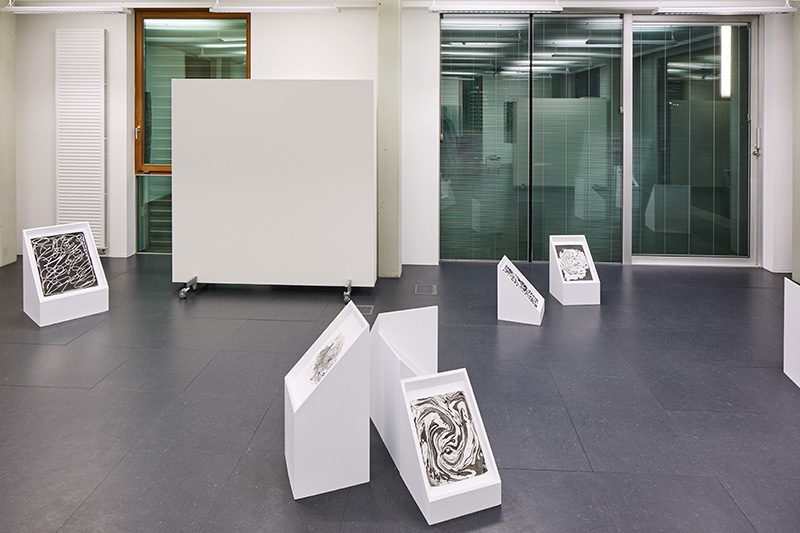 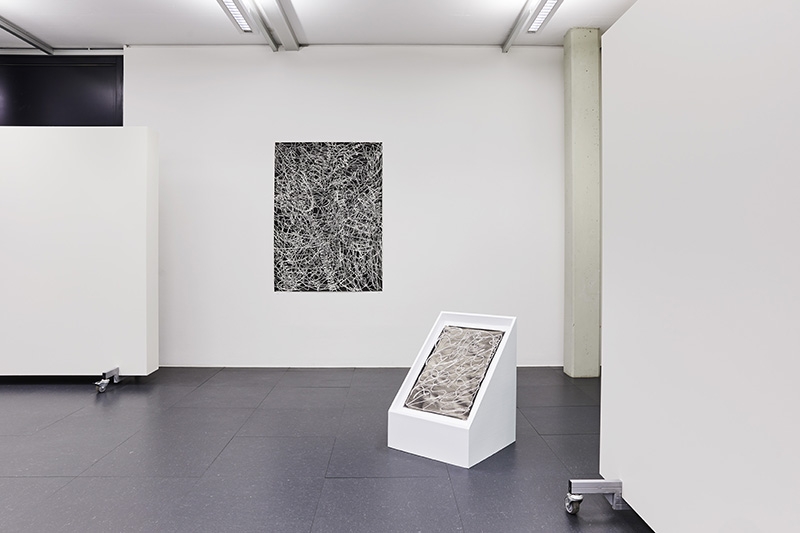 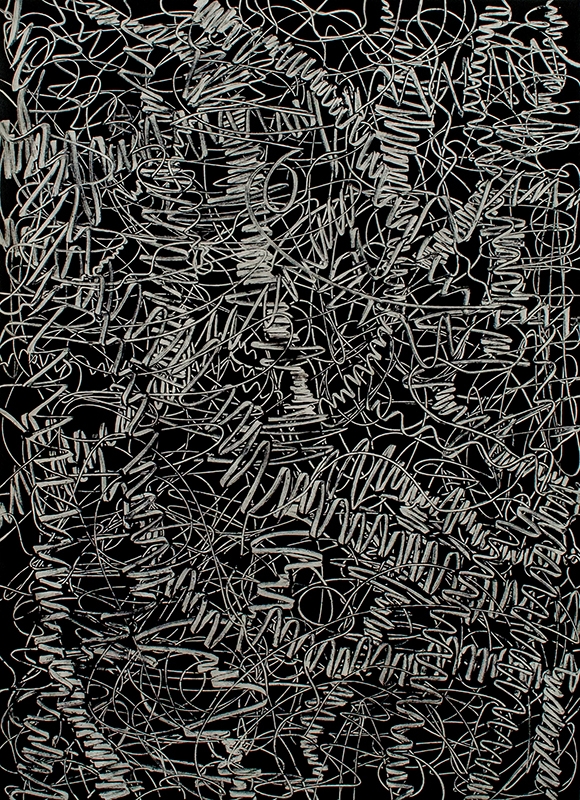 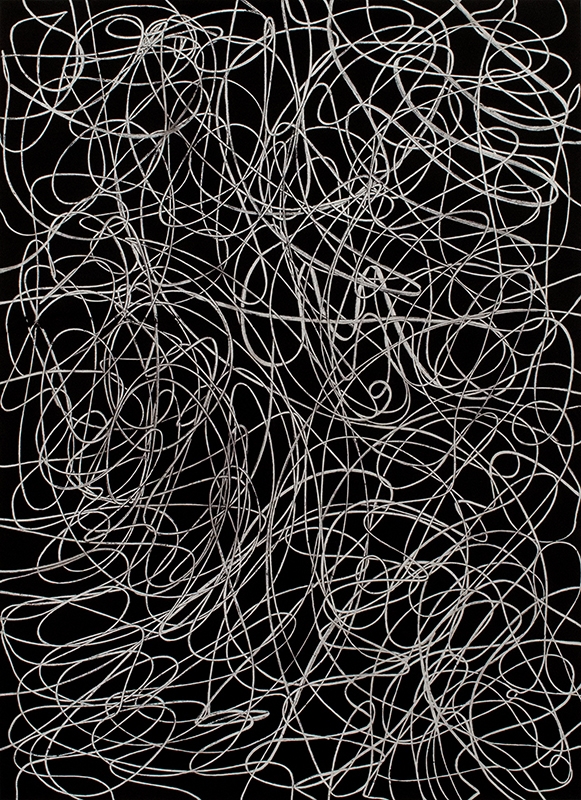 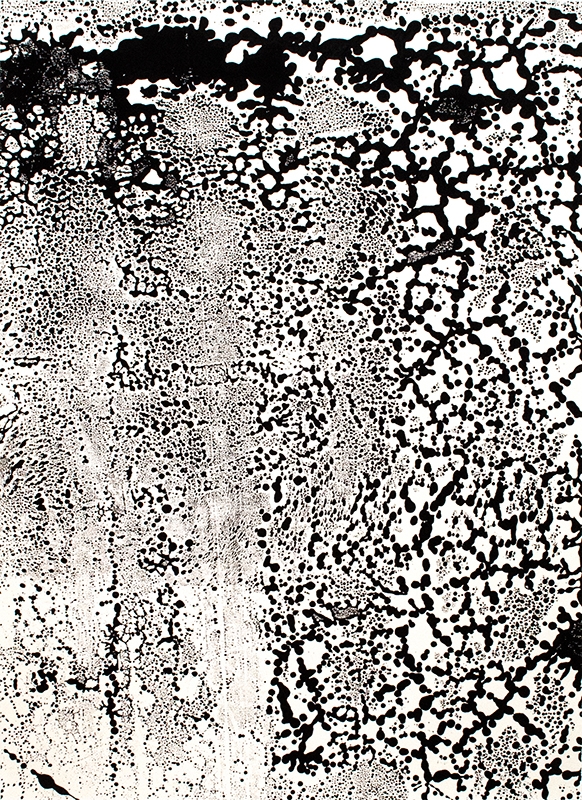 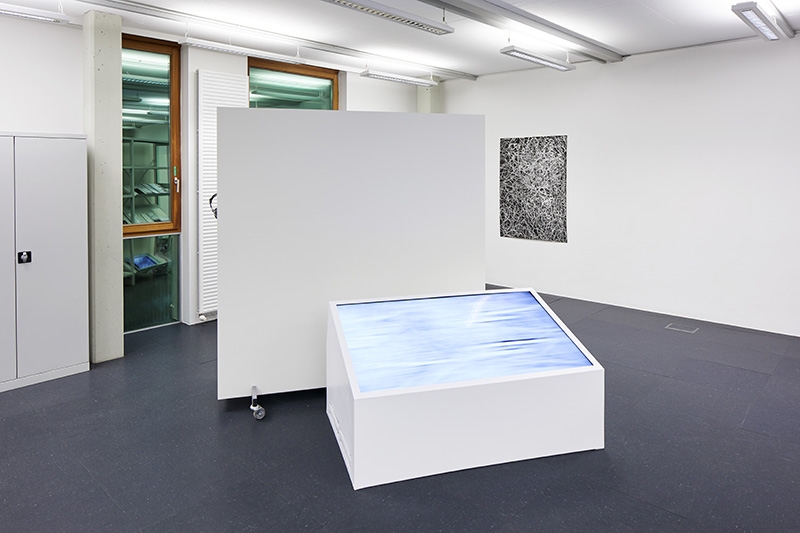 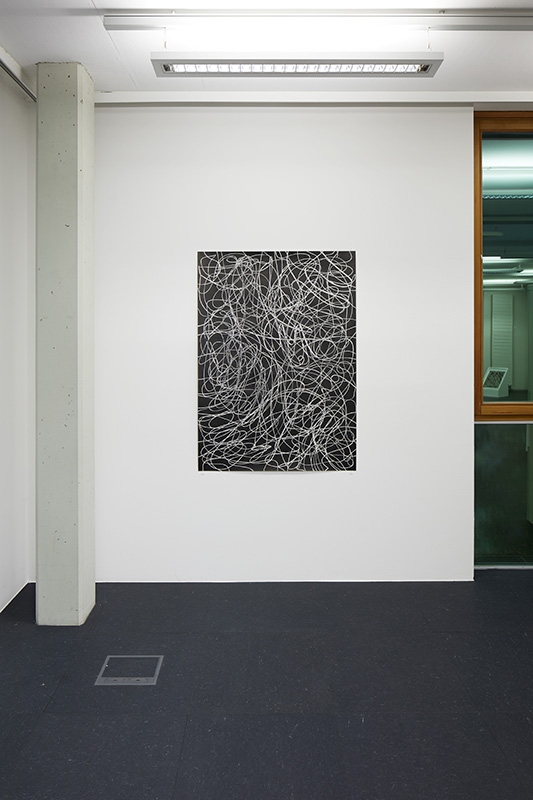 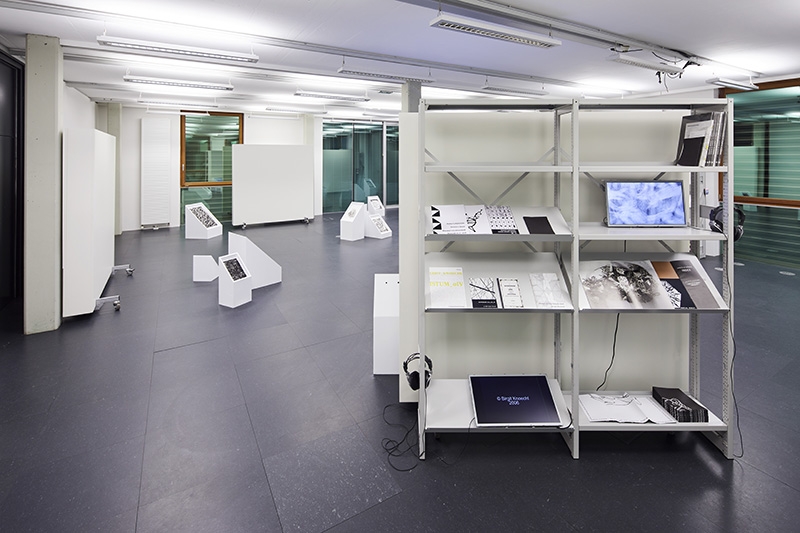 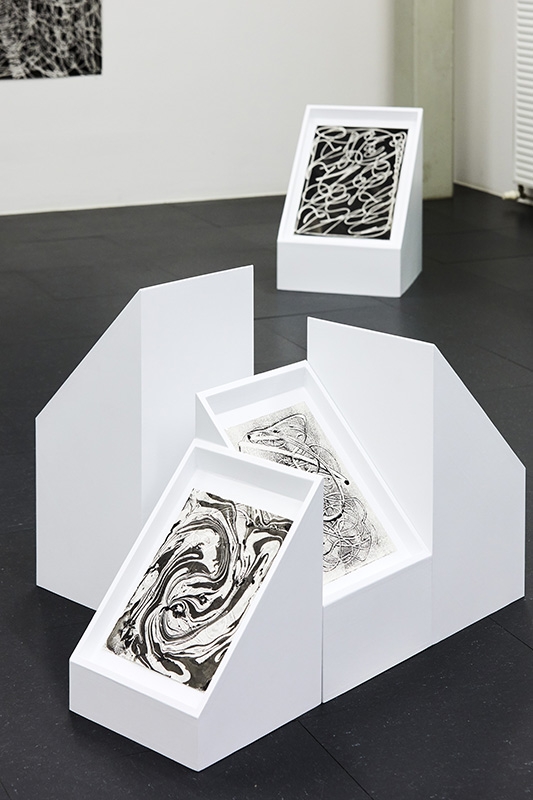 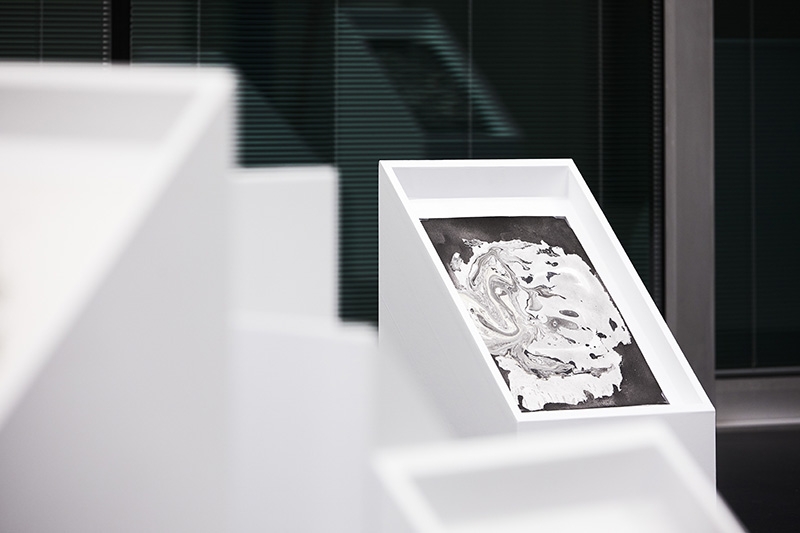 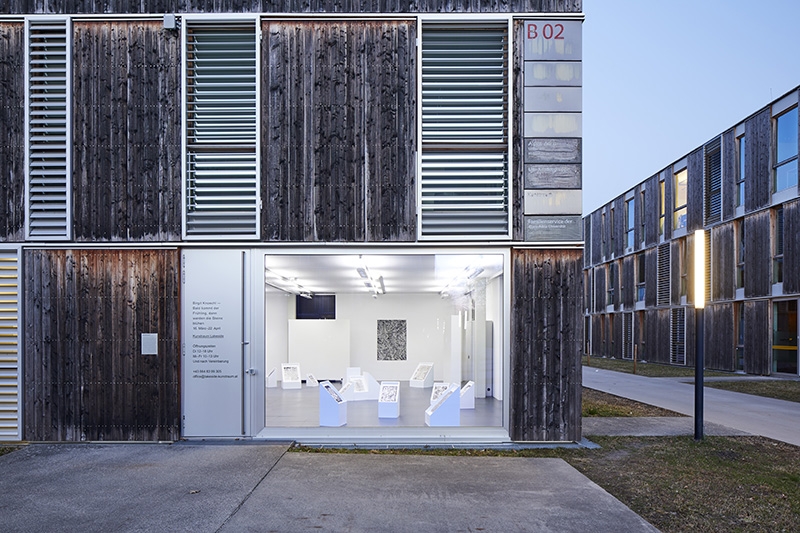