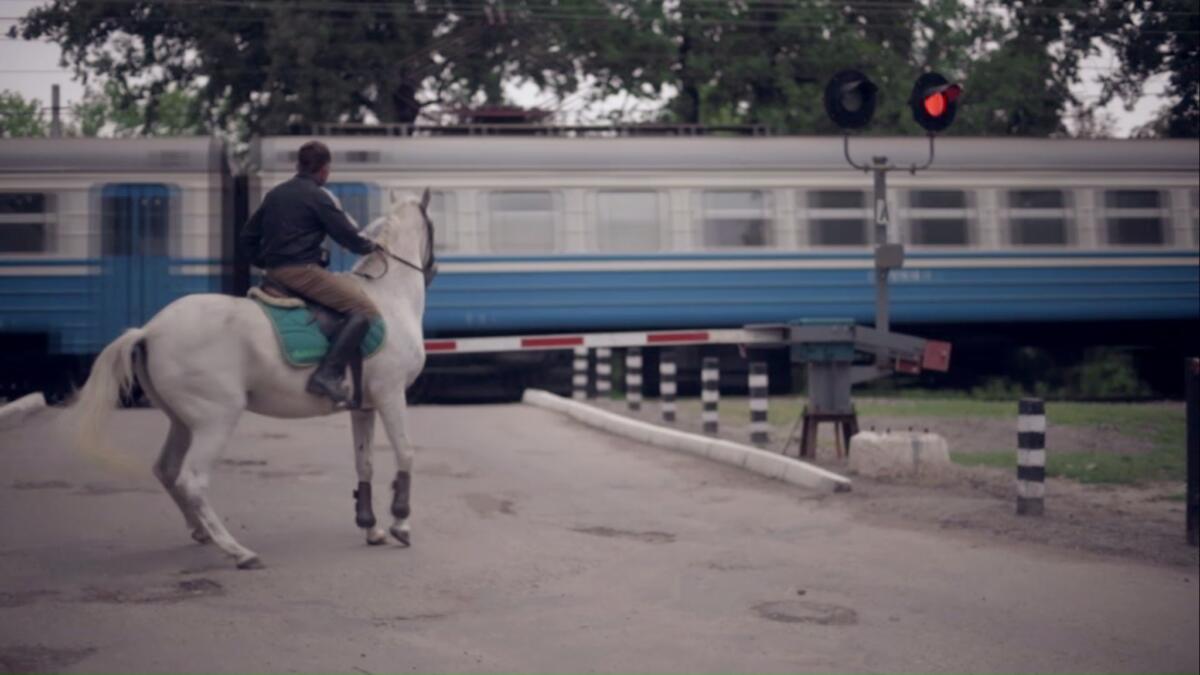 In her essay on proxy politics, filmmaker and one of the most outspoken contemporary writers,  Hito Steyerl, explicates how computerized photography works. Which is vastly different from its analog counterpart. Smartphone camera lenses are mostly bad quality and too small, but this does not significantly affect the image quality; on the contrary, as is it well known, telephone cameras are able to produce extremely sharp, HD images. The reason for this is that the readily-available algorithms that scan the images reduce the noise that the camera initially captures.[1] A brief moment between the touch of a finger and the picture displayed on the screen is the time during which the program manages to separate the necessary from the unnecessary according to its protocol. Steyerl continues her argument with reference to other technologies actively used by companies, governments and the military – “noise-reducing” algorithms that limit or auto-pixelate censored information, copyrighted, secret and sexual content.[2]

If half a century ago enslavement was carried out no faster than the speed of a smiting police cue, today in the interval of such smiting there are several more computational operations that exclude dangerous and (or) insignificant noise from the position of power. Let’s clarify the concepts. “Protocol” and “noise” are just ways of talking about politics in the age of data analysis and management of an anonymous, statistically displayed population which is being governed today. If the protocol should be defined as a principle, according to which the power excludes the “unnecessary” / “dangerous”, that forms what philosophers pretentiously and not very clearly call “reality”, then noise is information, knowledge, data, actions, gestures, bodies and bodyings, landscapes and processes, whose existence is denied. More specifically, noise stands for murdered journalists, ignored protests, intimidated activists, labor migrants, censored works of art, women’s speeches and the ability to disclose one’s own body, illegal substances, lives that have ended due to the inaccessibility of medicine for  the general population, it is the muted voices and the futures that were not made visible..

After the Maidan revolution in 2013-2014, when the population-noise overcame the state protocol with the volume of its roar, the issue of noise and protocol arose with extraordinary urgency. The government’s ridiculous attempts to turn the noise of Maidan into a protocol by domesticating it with patriotic signifiers, soon caused indifference to social life among the general population. Nevertheless, the history of the territory of modern Ukraine remains one of the most amenable to reduction areas, attempts are being made to protocolize it. The efforts to make the archives “silent” were embodied in the shameful policy of decommunization, the reverse side of which is the destruction and privatization of cultural heritage. Mykola Ridnyi, Kiev-based artist and filmmaker from Kharkiv, followed this trajectory of procedures of governance to explore the possibilities of resistance to noise policy in the Ukrainian context. Ridnyi’s Grey Horses (2016) is based on the interrogation reports of the author’s great-grandfather Ivan Krupskyi (1901-1975), who in addition to to being an anarchist in Ukraine during the turbulent revolutionary first third of the 20th century, disguised himself as a Soviet policeman and also worked at the Kharkiv Tractor Plant. Ridnyi’s film follows these episodes in  Krupskyi’s life as well as the route of the protagonist’s migrations across  eastern and central Ukraine. Some scenes were shot in the places  where the actual events occurred: Grey Horses starts with a shot of a policewoman reading interrogation reports about life in Hadiach, where Krypskyi had been in hiding as a Soviet policeman. Then the film presents his “anarchist period” (the possible reason for his persecution which he tried to avoid in the previous episode) mostly using footage from the contemporary Kharkiv-based anarchist squat Autonomia. The following scene involves documentation of a recent strike of workers of the Kharkiv Tractor Plant and relates it to the time when the protagonist was working there. Finally, Grey Horses ends with a beautiful frame of a man crossing the railway on a grey horse. As we soon realize from the ticker, which shows the protocoled information (“plot”) during the film, this episode is related to Krupskyi’s migration to Bohodukhiv under the threat of a new arrest.

Ridnyi is not just interested in protocols as such. Much attention in the work is paid to the noise, the “machine noise” of what is happening; exactly what the protocols are designed to manage, what they are set to separate and reduce. . The motif of noise and protocol appears here thanks to the author’s decision to film these past events in Krupskyi’s life in a contemporary setting. In the present day, Ukrainian anarchists and policemen “re-enact” some episodes of the protagonist’s biography. Thus the striking “desynchronization” of the plot and audiovisual material visualise the noncorrespondence of protocol (a set of documented facts of Krupskyi’s life) and noise (the contemporary setting). Krupsky’s character is not played by one single actor. In general, the footage mostly consists of documentation of events unrelated to Krupskyi’s life, but still it is selected according to the stories of the hero’s biography.  The protocol itself becomes a surprising character, represented as a ticker that cuts through the screen.

There is a temptation to confuse this noise with a strategy typical of documentary films. Here, I am referring to the presentation of political or historical events through the personal experience of the main character. Such a psychological approach can hardly be attributed to Grey Horses‘ – the work exhibits an almost ostentatious indifference to Krupskyi’s feelings. This effect is achieved by the predominant number of establishing shots, because, as we know, the face of the actor is what visualizes the emotional state of the character [3]. Moreover, the plot of Grey Horses‘ includes numerous deviations from the “main”plot, such as the story of the contemporary anarchist squat Autonomia‘ or the recent struggle for labor rights at the  Kharkiv Tractor Plant, for workers who are not directly related to the great-grandfather of the author.

Ivan Krupskyi’s character is rather a singularity, a “mask”, which covers discrete historical forces and dynamics, such as Ukrainian anarchism, the labor movement, the leisure of young people, the pounding of horses’ hooves, and so on. These different forces and dynamics, which did not end in the first half of the twentieth century and continue to take place to this day, is in fact what I have previously called noise. The figure of the protagonist around which the events unfold is, among other things, just a name in protocols, but still it organizes a noise. The name is the rhythm that sets the melody of the film. The figure of Ivan Krupskyi melts under the pressure of the trans-individual flows and cuts that surround it. It is deterritorized in the multiplicity of processes that constitute it. What is the consequence of the resulting combination of modern footage with archival evidence? In contrast to the many neoliberal identity politics which albeit implicitly maintain a hegemony in public debates about the past today, Grey Horses isn’t an homage to the proper protocol for the past. Grey Horses does not provide the viewer with a more complete vision of historical events, but, to borrow the concept of Soviet filmmaker and theorist Sergei Eisenstein, “influences the masses” with its cinematic technique of desynchronization of the plot and audiovisual accompaniment. “Influencing the masses” can be understood not only as a well-known strategy of realist aesthetics, it is also the certain organization of the cinematic image as a discursive-affective network that deals not only with individual impressions of the film (thoughts and emotions) but affects directly the field of the transindividual (discursive-affective processes). Mass is more than just the sum of individuals. Mass is an experience of collective deindividuation which ecstatically increases its extensivity. [4] In my opinion, this is the idea behind Grey Horses. Avoiding the cinematic conventions of “communication with the viewer”, which means conveying a fairly direct and clear message where the audiovisual series are just illustrating the plot of the film, Ridnyi uses the technique of imaging, which confuses the viewer as a homogenous individuated Subject, but reinvents the discursive-affective flow which constitutes this certain viewer.

Merging the past with the present, Ridny presents a specific “third time”. It may be defined as the temporality of an event, where what is actually given, what is necessary, and what is possible are combined in the becoming. The bodies of the “population” are no longer a mere medium of power (the code that organizes them), but they themselves declare their presence because the protocols they are fed are simply not applicable to them. The formal plot of the film manifests what it is not able to express. It seems appropriate to describe this manifesting as a gesture of becoming-animal, as understood by Deleuze and Guattari. As the philosopher and political theorist Brian Massumi aptly states, such becoming always comes from the urgent existential need “to quit the human arena and reclaim animal existential territory.”[5] Like a howl, or horse neigh, escaping from the tight human world occurs because of a strong affect that is more than just an individual emotion. Such an affect, as Massumi admits, appears in the “style” of the gesture of becoming-animal.[6] In the case of Grey Horses, this style is a prudent anxiety or minimalist apprehension, provoked (1) by the mentioned method of desynchronised plot and audiovisual materials, combined with (2) variegated depicted objects and “floating” montage, where each shot changes imperceptibly. This minimalist apprehension constitutes a gesture of becoming-horse, the “horseness” of the Grey Horses itself. A gesture that forms political, social and economic uncertainty with its relentless and rhythmic gallop, which is a characteristic not only of the turbulent beginning of the twentieth century, but according to Mykola Ridnyi, of today as well.

The noise of this gesture is manifested in its fundamental inconsistency with the protocol. But, can this “horseness” have political consequences? Isn’t it just escapism? Massumi emphasizes that the politics of becoming-animal begins when the gesture of becoming  itself  becomes the creation of new existential territories, new rhythms, where the future people, still unknown, appear.[7] Such kinds of people do not correspond to either ethnic groups or national political projects, but are  an uncentered multiplicity. It seems that the images of anarchists and workers in Grey Horses‘ are not accidental: training in throwing improvised explosives forms new rhythms, posters of protests and rules of coexistence in a squat are also new protocols, right? It may be an escape, but in the meantime a weapon is being sought[8].

[5] There is no naive romantist vision of bestiality at all. Becoming-animal is a gesturing integral animal which may have a potential of deactivating the Renaissance project of Humanity; Massumi B. 2014. What Animals Teach Us about Politics. London: Duke University Press, P. 55.