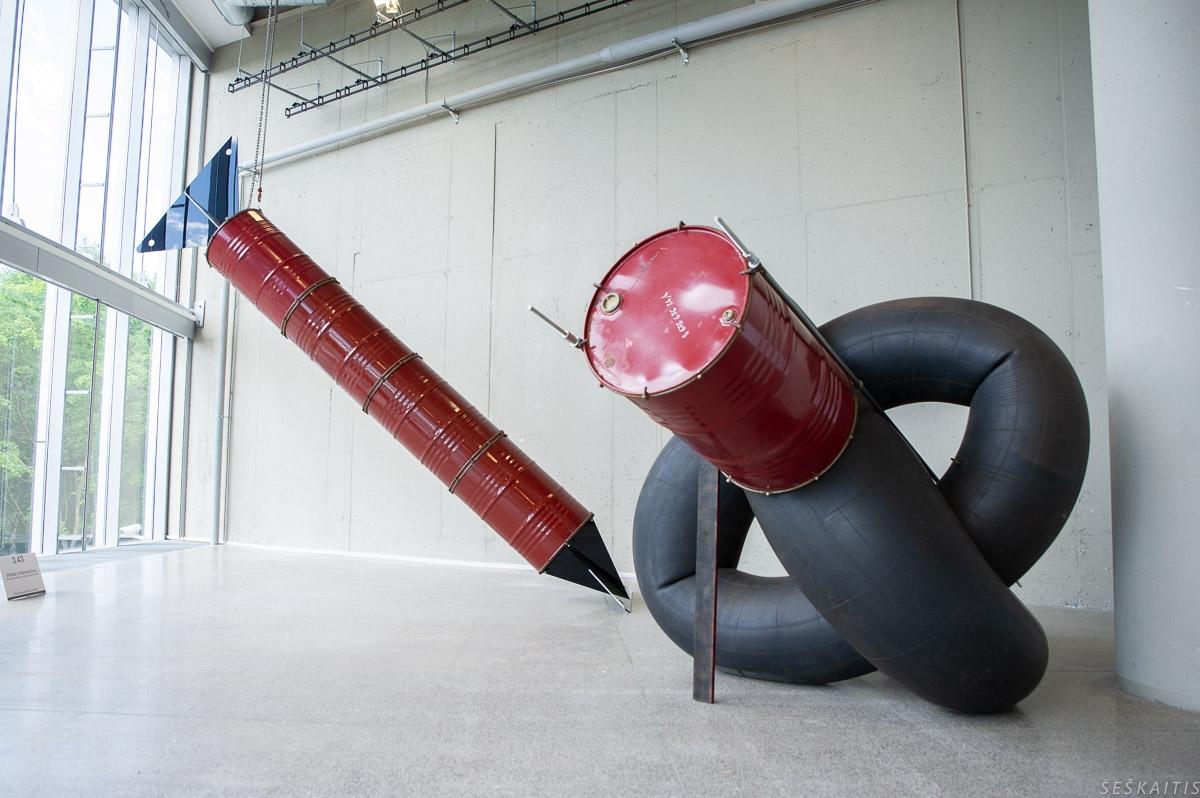 Vlado Urbanavičiaus, Compound 2, courtesy ArtVilnius’18
ArtVilnius is one of the largest art fair galleries in central and eastern Europe. Our editor Karolina Plinta presents her six favourite exhibitions or works shown during this fair.

The main theme of this year’s edition of ArtVilnius was focus on the Baltic region – so most of the participating galleries were from Lithuania, Latvia and Estonia. As part of the fair a competition for the best galleries and artists took place. Seven galleries were distinguished: Alma (Latvia), Contour Art Gallery (Lithuania), FOKU (Estonia), Galerie des Petits Carreaux (France), Kogo (Estonia), Piktogram (Poland), The Rooster Gallery (Lithuania).

Ivars Drulle from Latvia, represented by Alma gallery of Riga, was picked best artist at ArtVilnius’18. The best sculpture/installation award went to Vladas Urbanavičius whose sculptural installation  “Compound 2” was part of The Path exhibition at ArtVilnius’18. The Prize for best young artist (under 35) of ArtVilnius went to Rimas Sakalauskas, represented by Meno Niša gallery in Vilnius.

The level of presentation was different, but everyone could find something for themselves. Our editor Karolina Plinta presents her six favourite exhibitions or works shown during ArtVilnius’18. 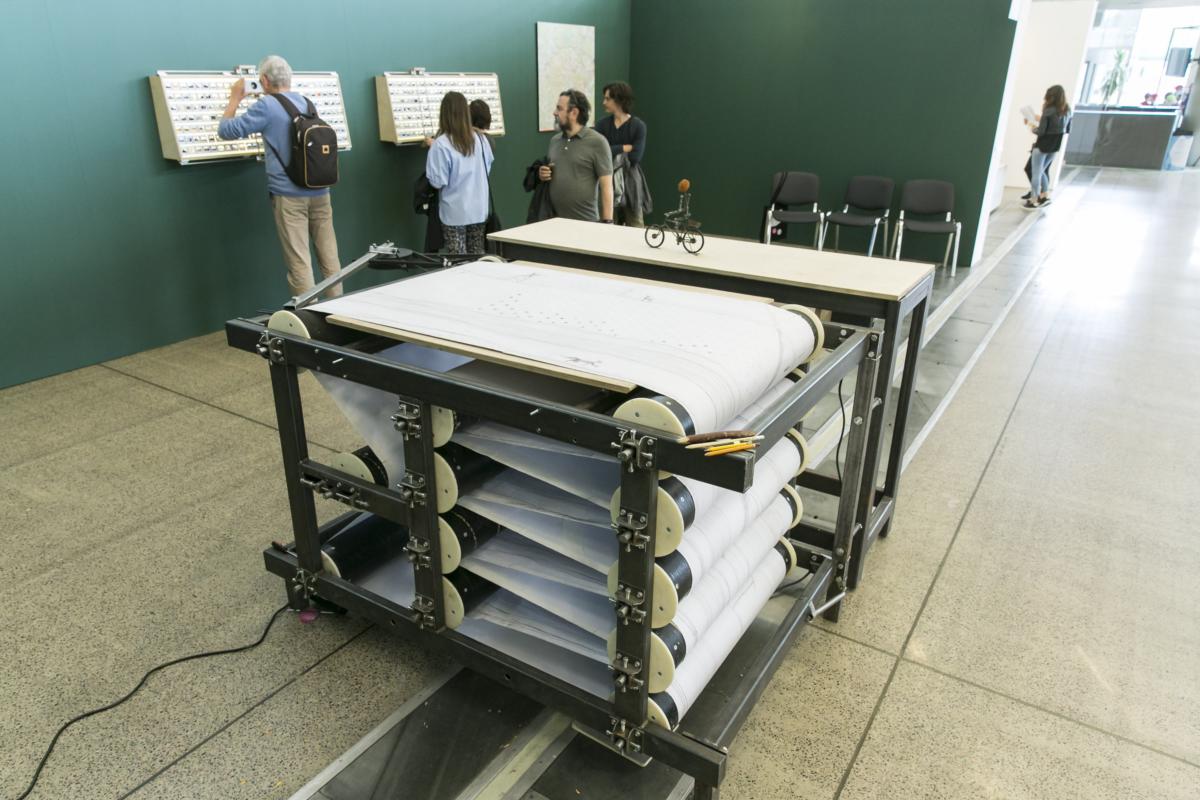 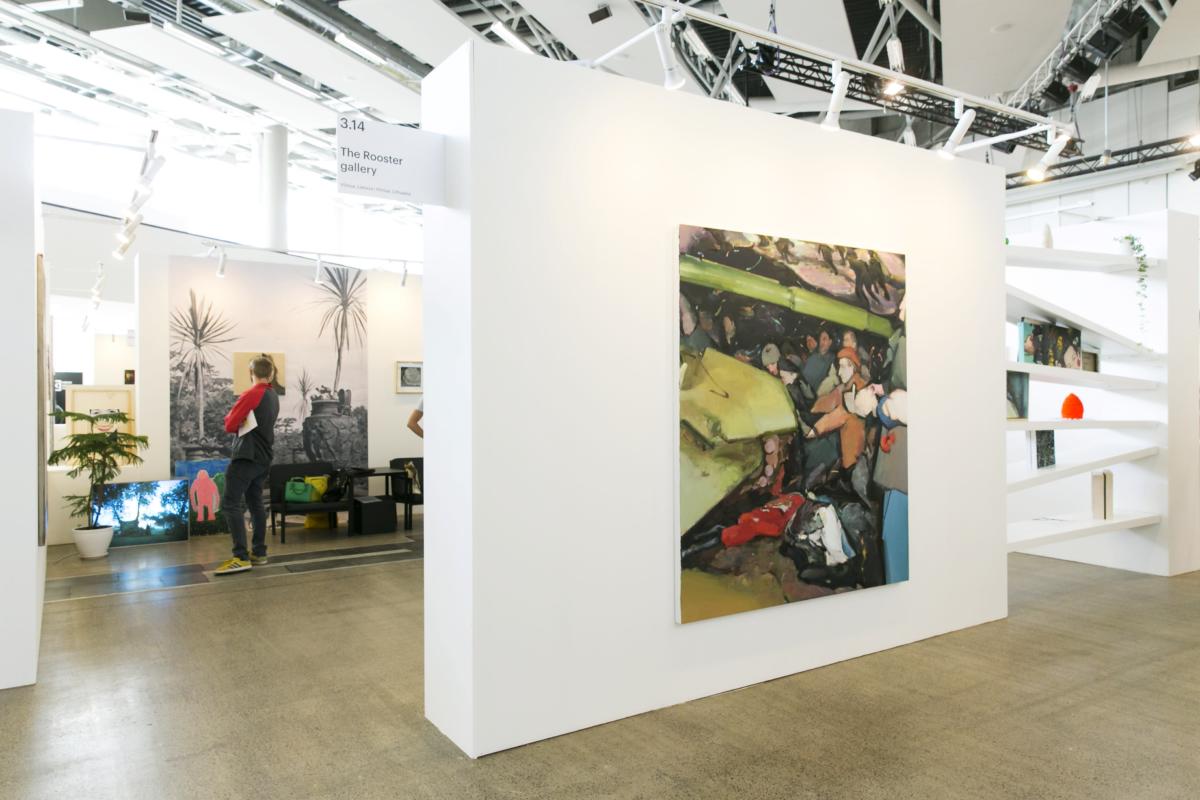 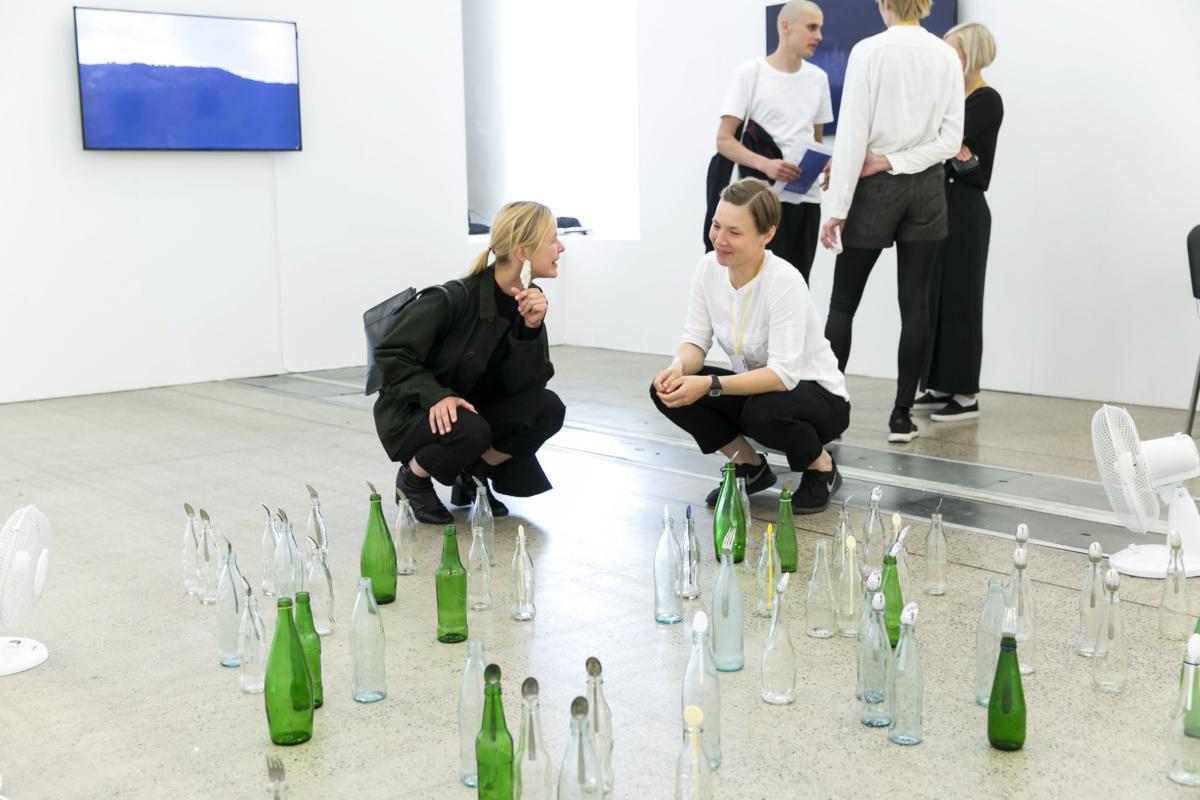 School galleries are not typically very interesting. I must admit, however, that the stand prepared by the Artifex VDA textiles gallery was a pleasant surprise for me. Artifex is a gallery showing works of Vilnius Academy of Fine Arts students mostly from the Textile workshop. As it appears, their attitude to textile is really experimental – some of the works look like post-Minimalist sculptures – Laura Kunciūtė, Marija Garnak – another point of interest were some of the delicate drawings on foil lying on the floor, reminiscent of gasoline stains by Elinga Garuolytė. 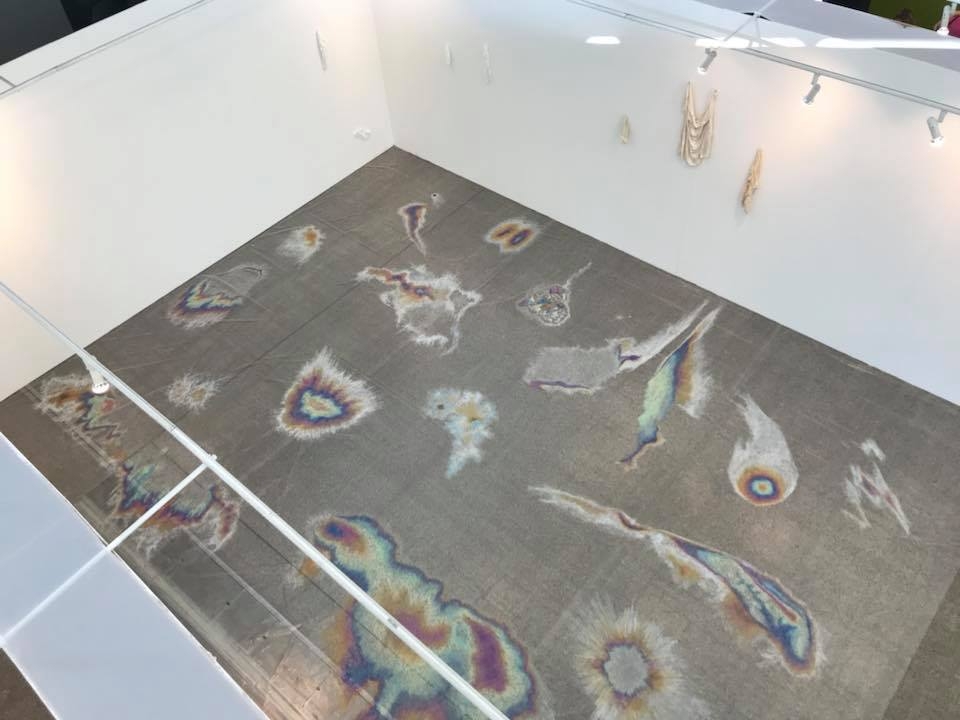 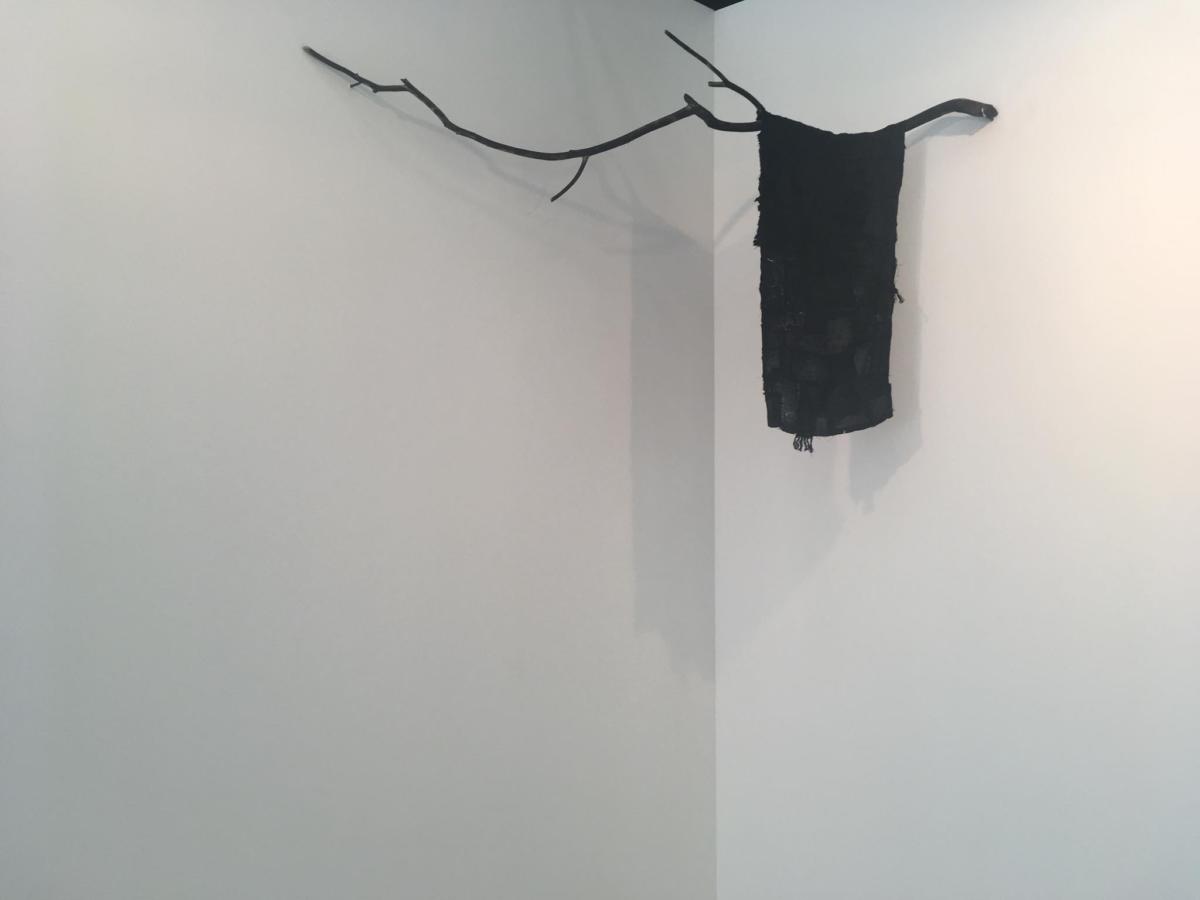 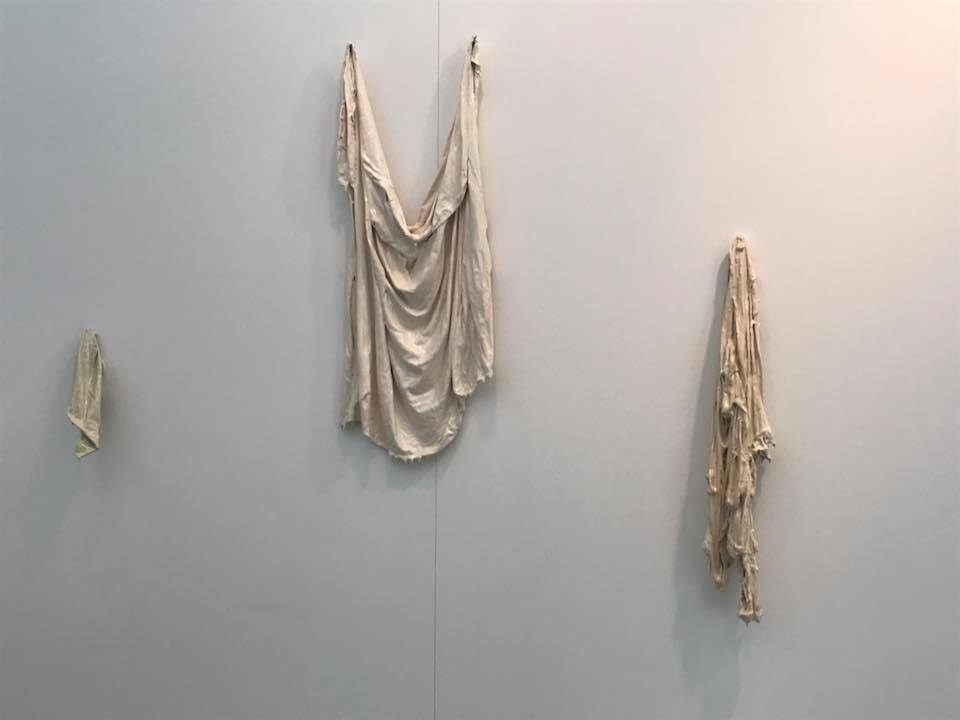 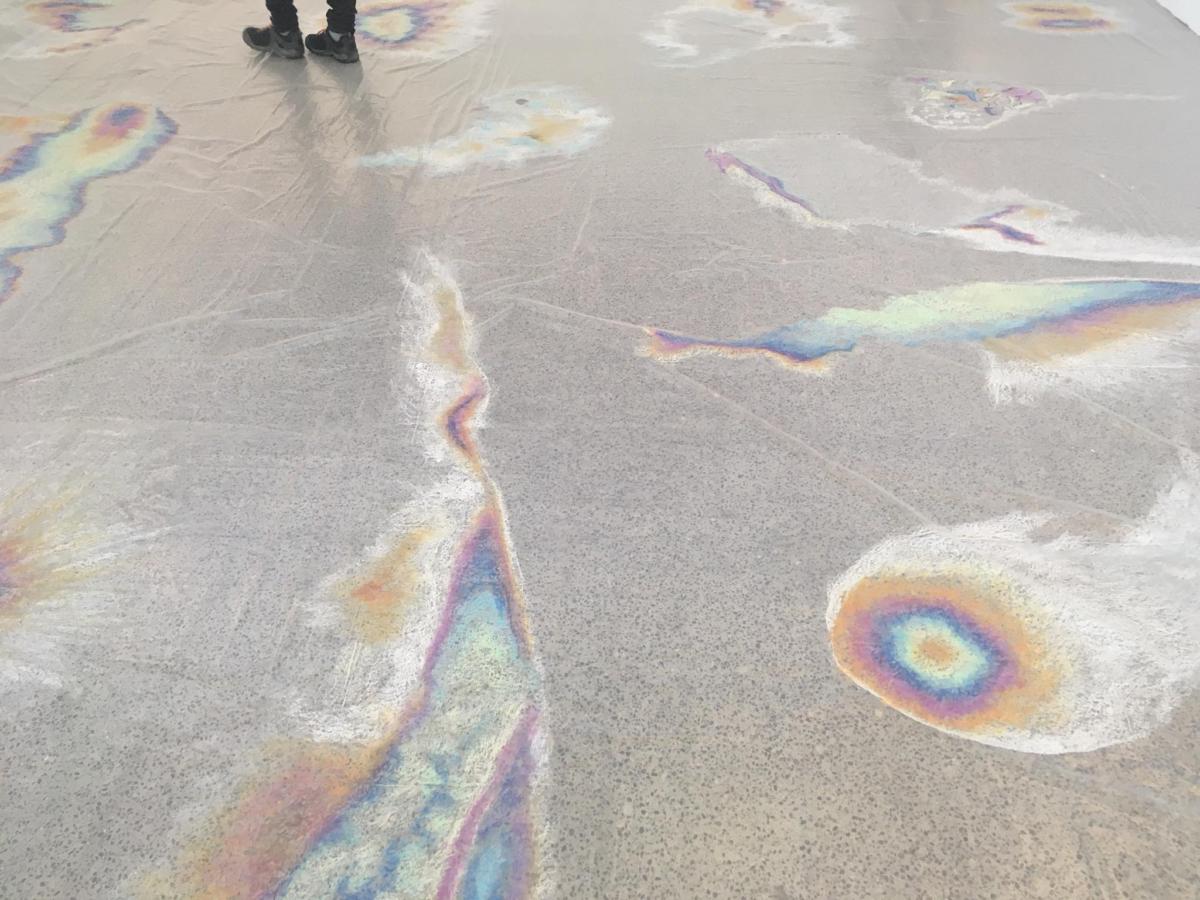 Usually, during art fair galleries are showing their hits, but sometimes they also experiment – just like Nivet-Carzon Gallery, which at its stand showed the work of seven young French artists, mostly still students: Benoit Aubard, Alice Nikolaeva, Claire Isorni, Claire Oliver, Dakota Raine Higgins, Paul Moragues, Romain Moncet, Victor Prokhorov. The show prepared by them gave some fresh air into the atmosphere of the fair. Their works were funny, pop and focused on personal emotions. I particularly liked the inflatable minimalist sculptures, which become more flaccid every hour, and a barbecue on which ceramics sausages were baked. 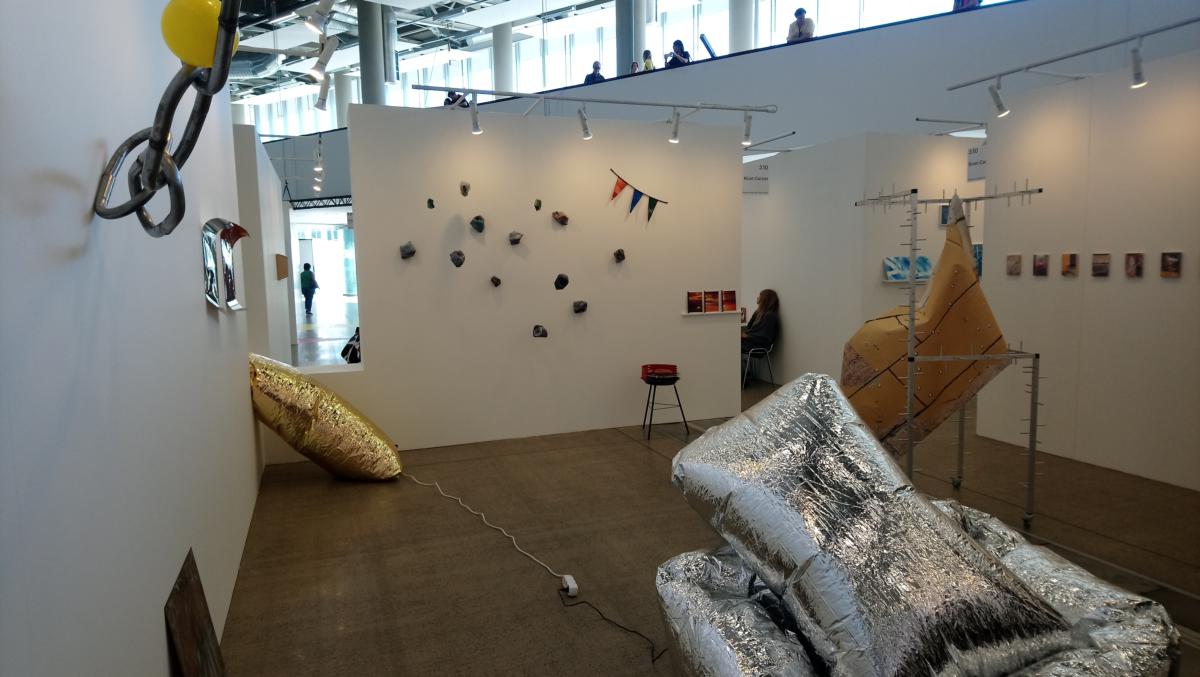 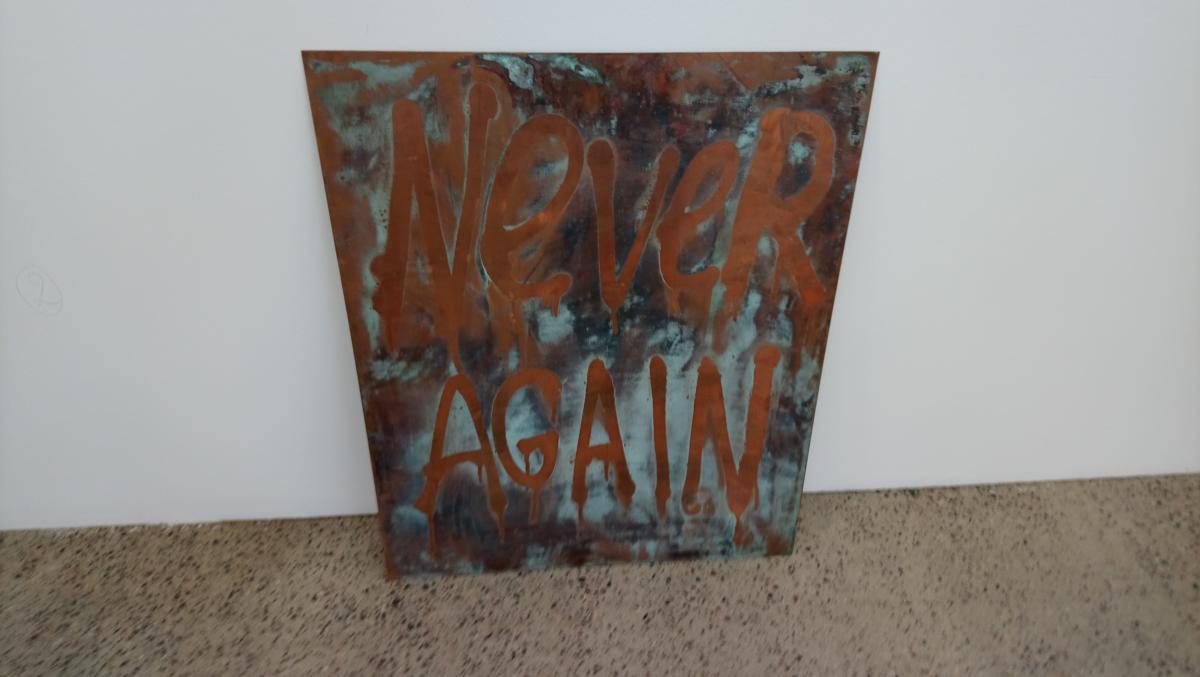 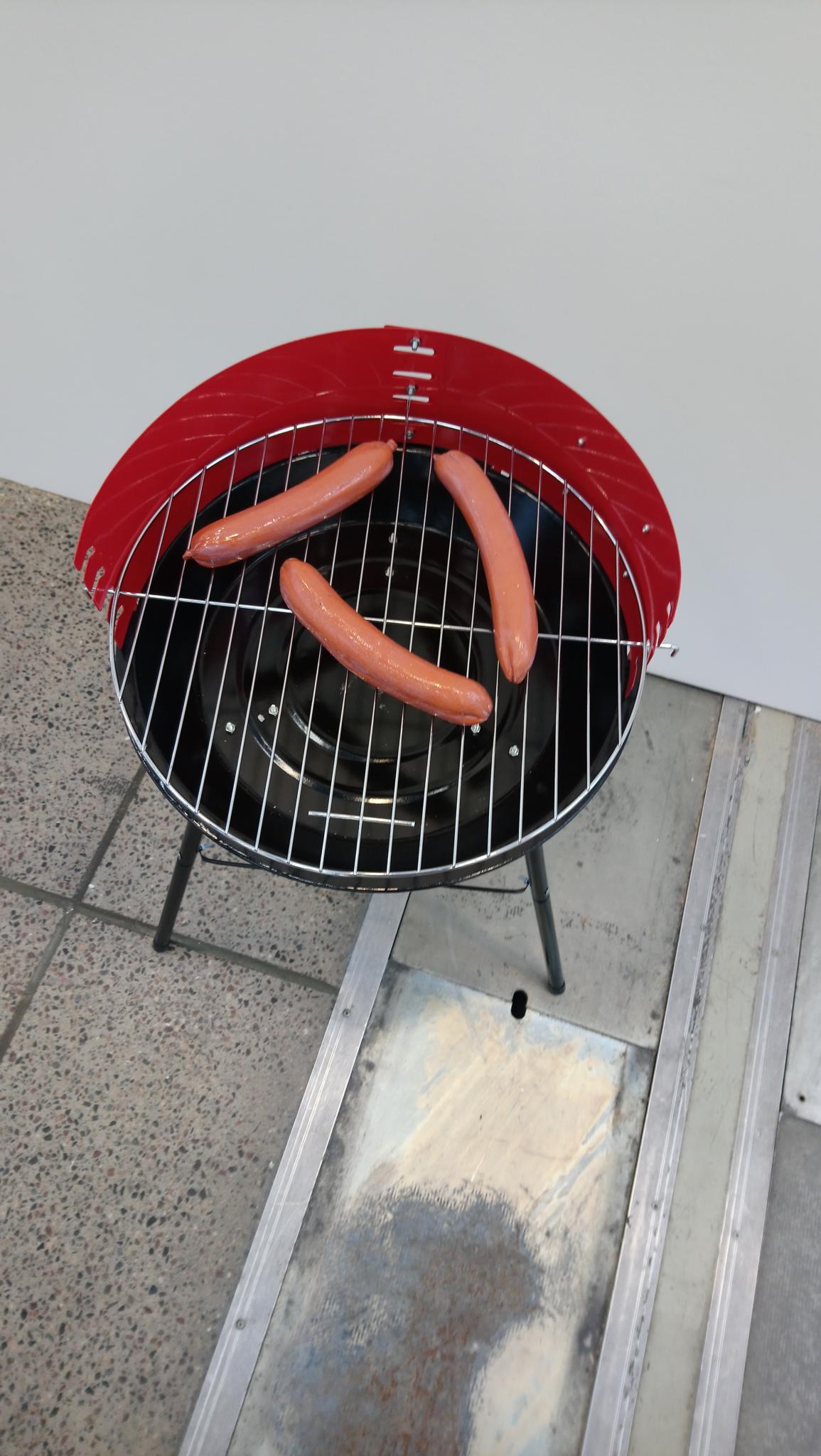 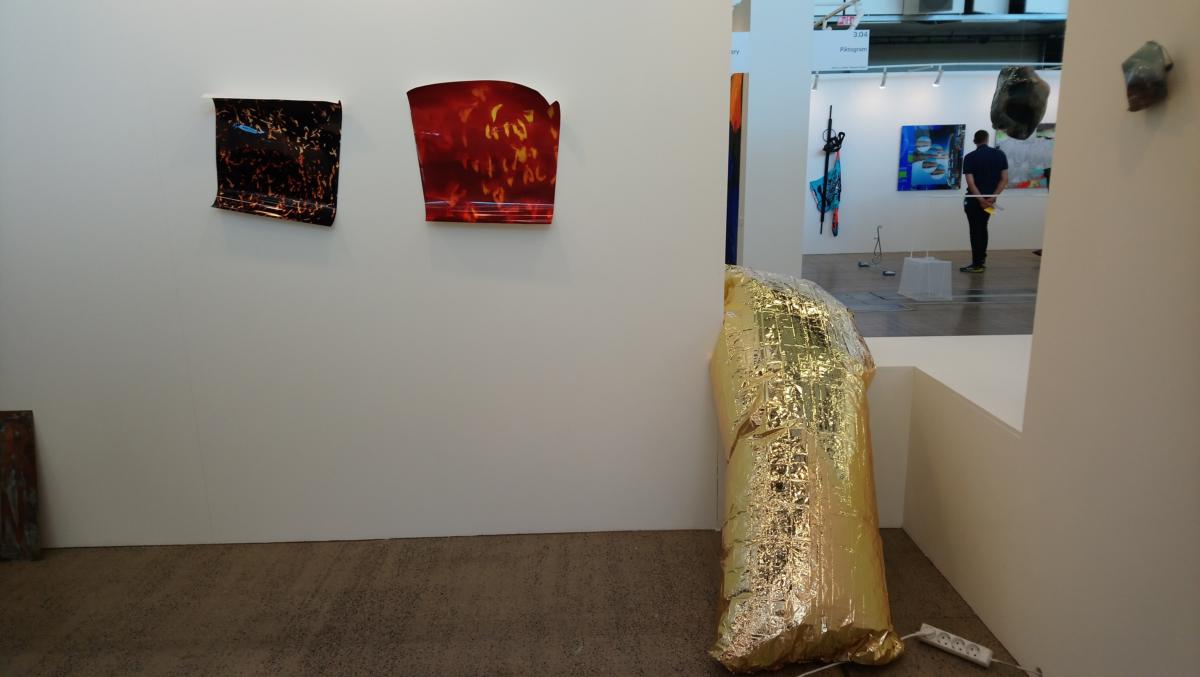 And what when you decide not to show any material artworks, and beside it present a performance? This happened with POST Gallery, but the result was worth seeing. For ArtVilnius’18 the gallery cooperated with Butō Dance Theater “Okarukas,” which prepared a special guided tour by by performers looking like strange, cyborg gallery girls, which appeared to straddle a fine line between modern art and art policy. The performance ended with a joint dance of cyborgs, which in the end broke down as it was intended. The stand prepared by Contour Art Gallery, a Vilnius based gallery, was awarded one of the seven best gallery shows at the fair. In fact, it was worth to stay there for a while and look at the paintings shown by this gallery. Attention was drawn to primitive and humorous works of Raimondas Gailiūnas, neo-expressionist painter associated with group Angis, whose paintings were compiled, among others, with restained works of Rūta Vadlugaitė. Her minimalist canvases could also be seen in the gallery itself during Vilnius gallery night. 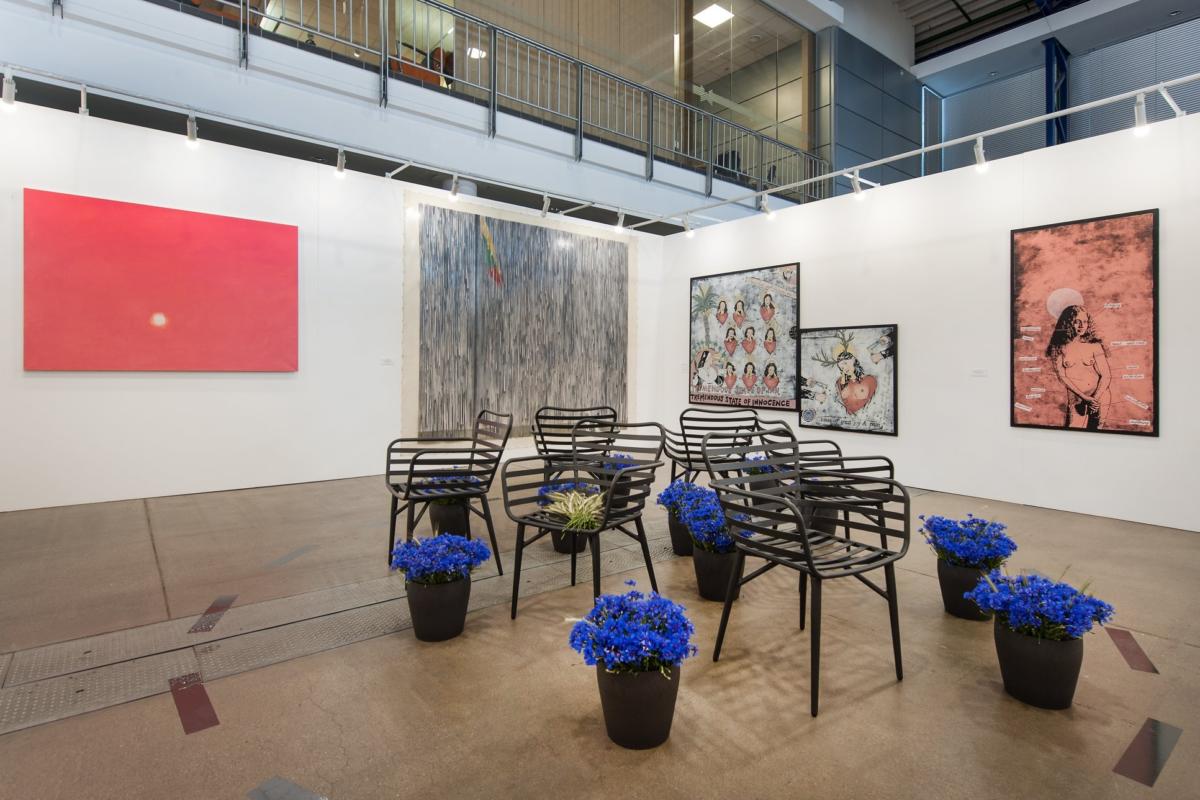 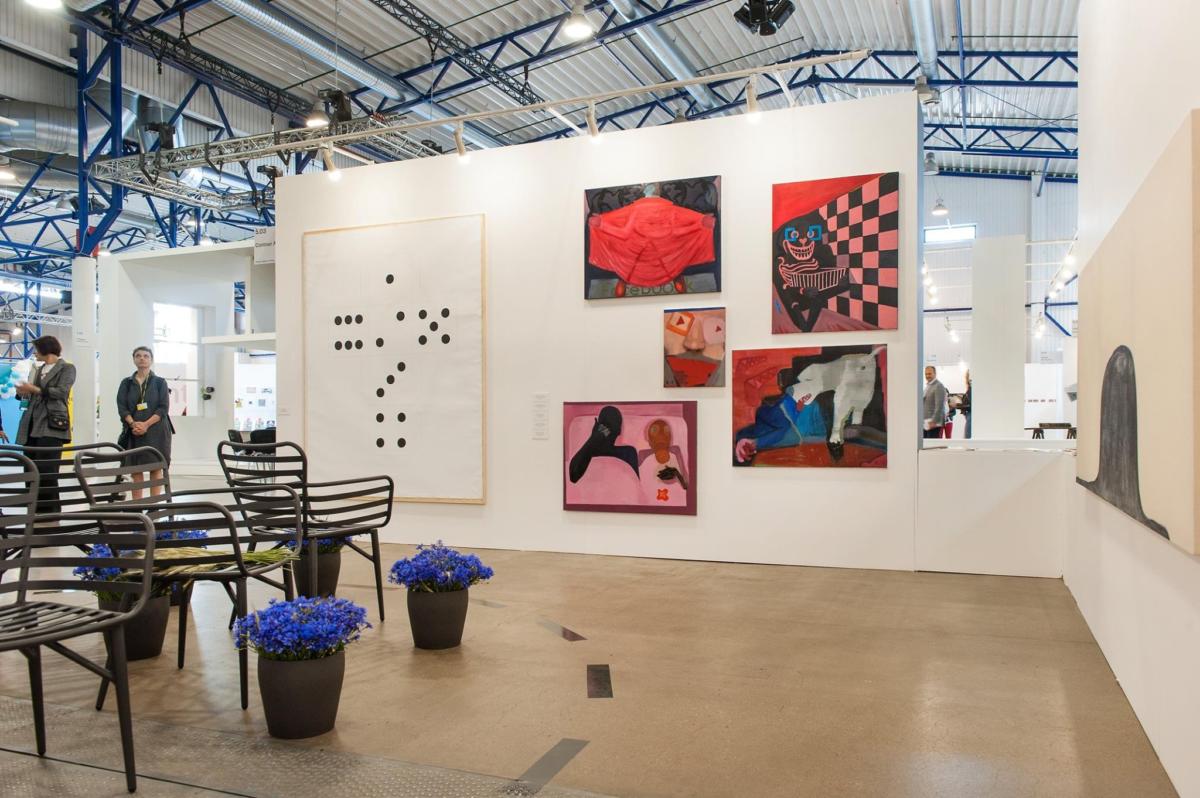 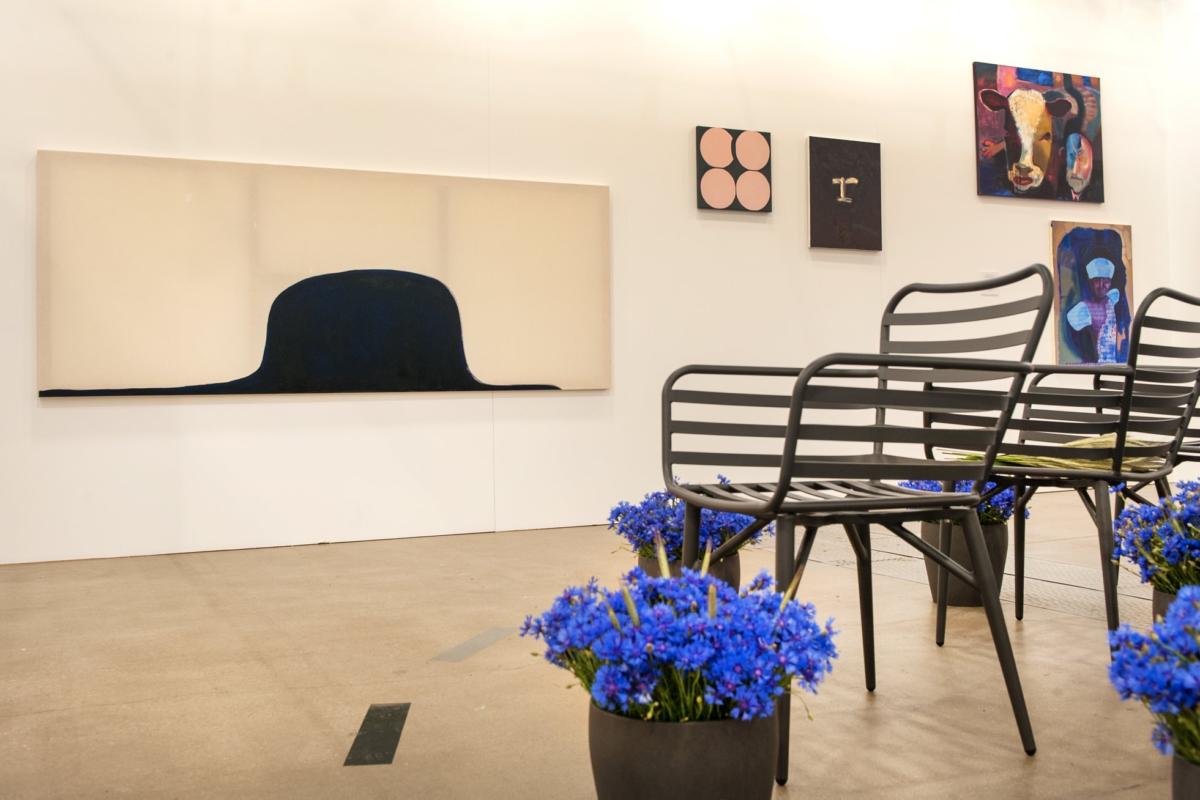 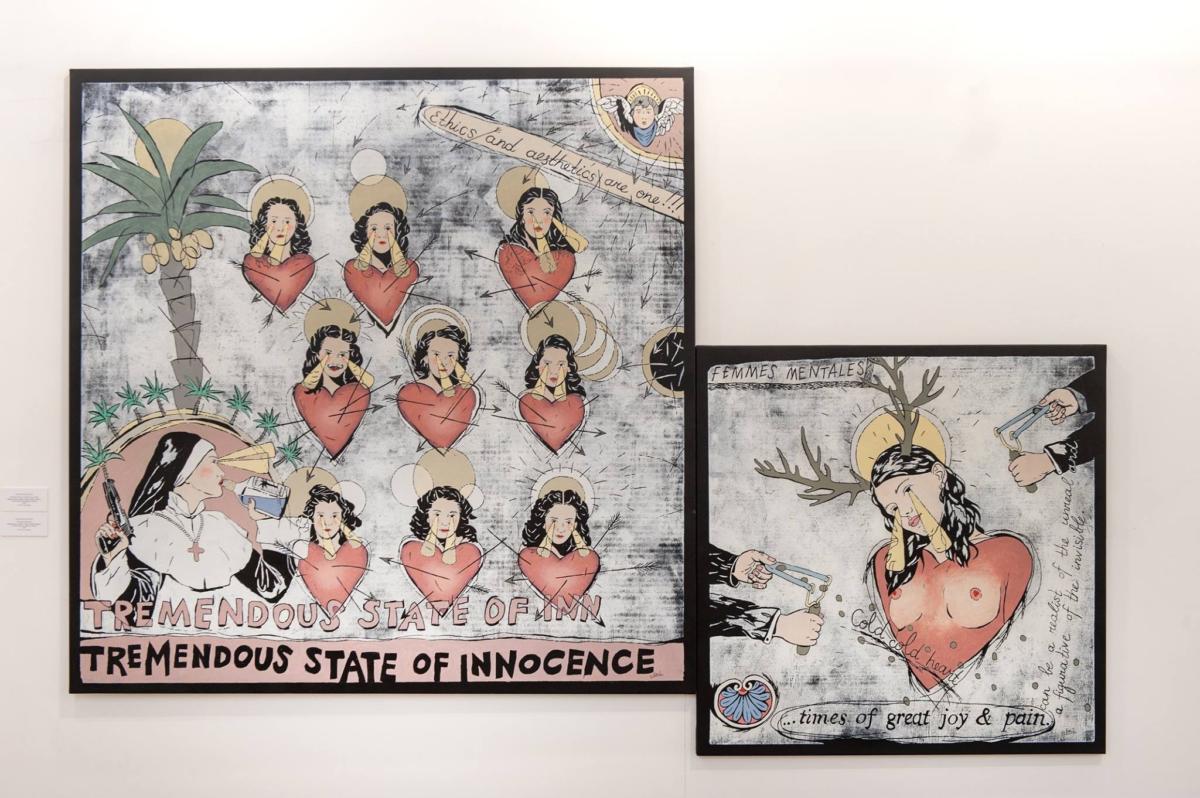 In a stand prepared by Kogo Gallery, my attention was attracted to paintings by Alexei Gordin. They were ironic, full of black humour and style, bursting with descriptions relating to the life of the artist. According to his perspective, representatives of this profession are losers and alcoholics – miserable as heroes of Hopper’s paintings, living in the world of their own illusory ideas, but still somehow funny. Kogo Gallery also showed humorous and sexy installations of Eva Mustonen and Elīna Vītola’s works. 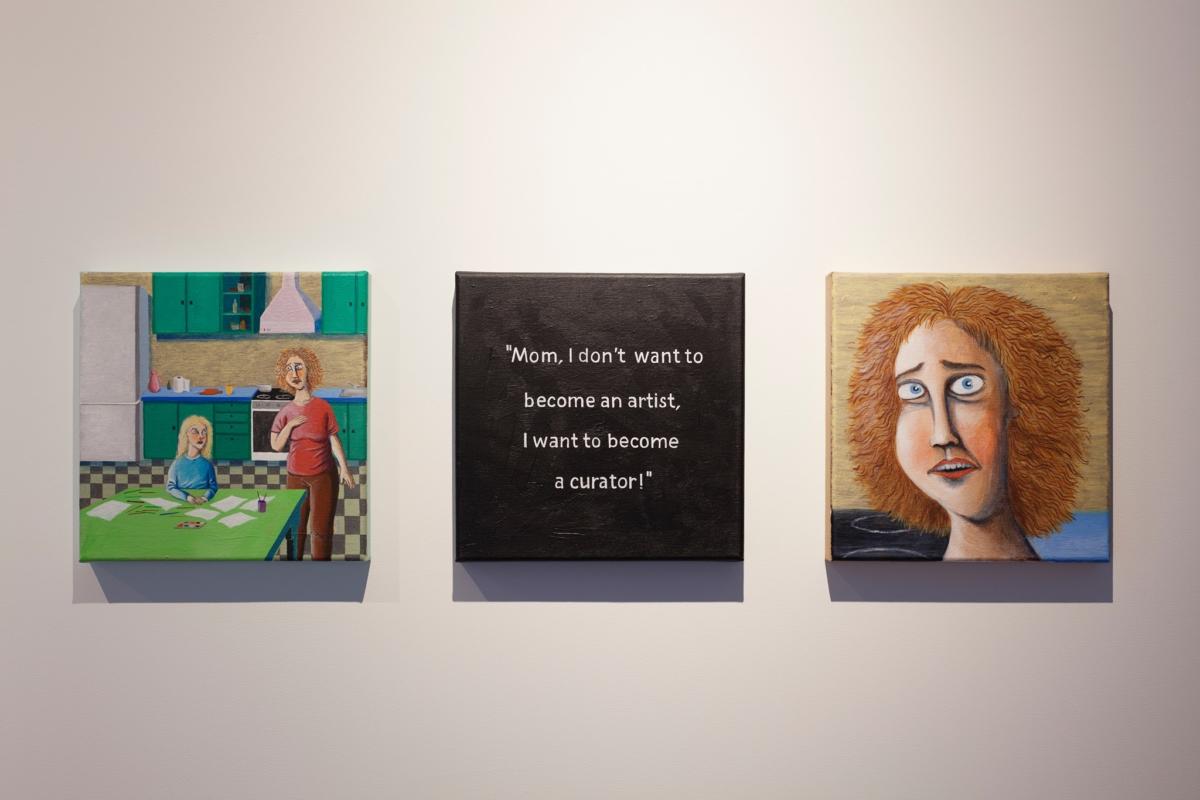 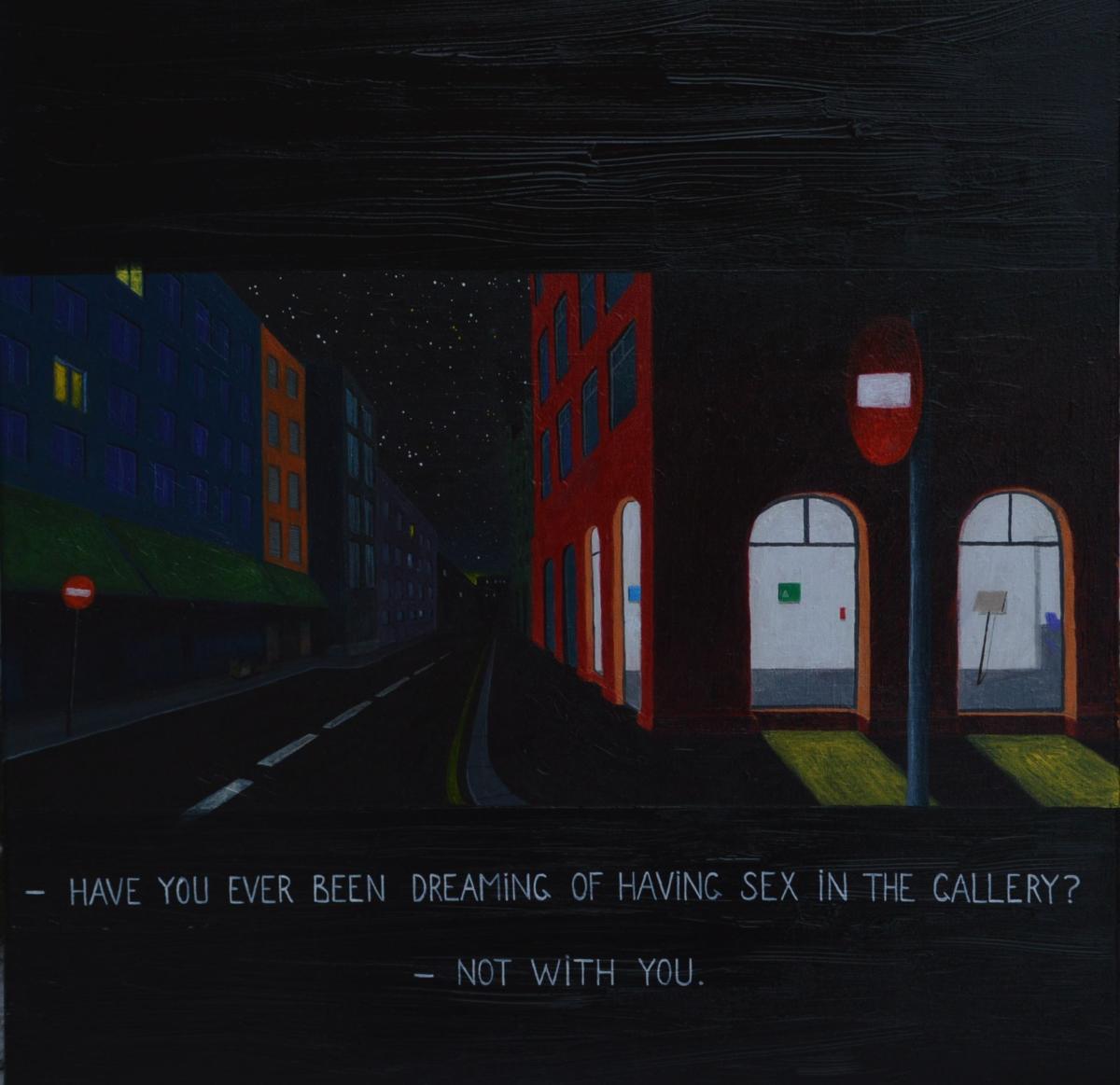 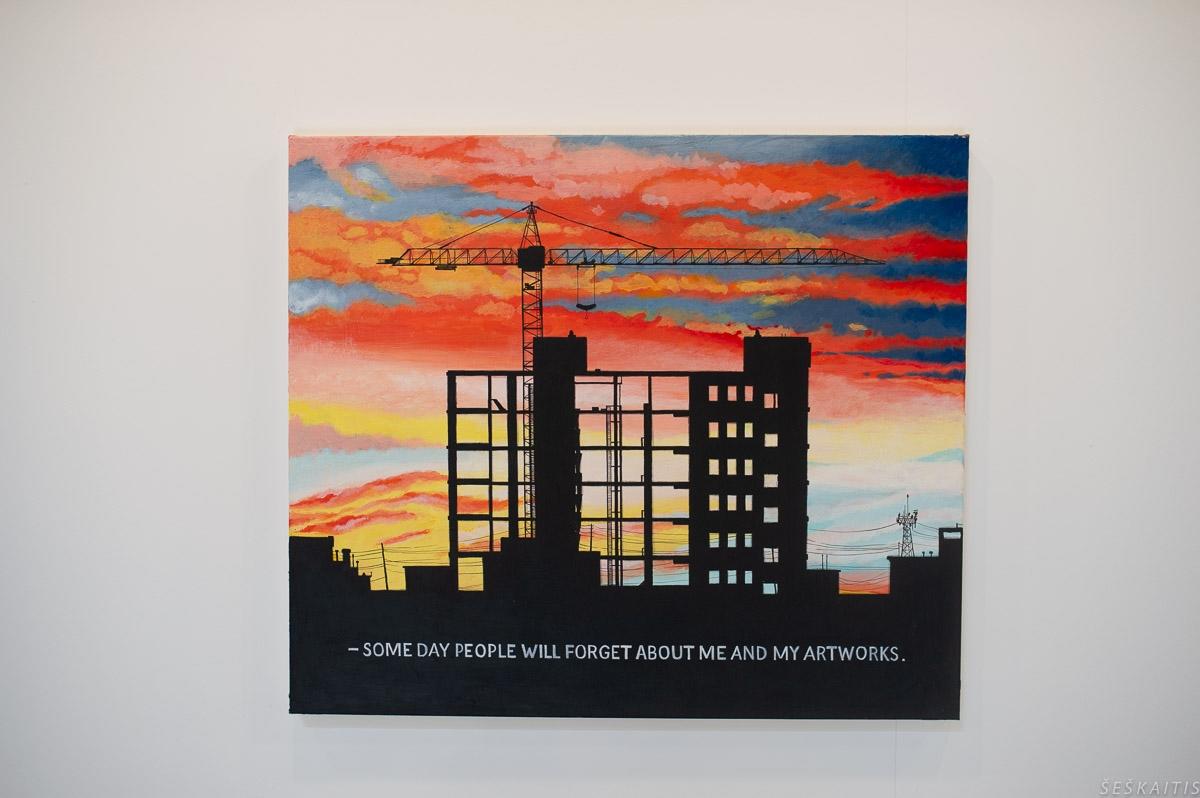 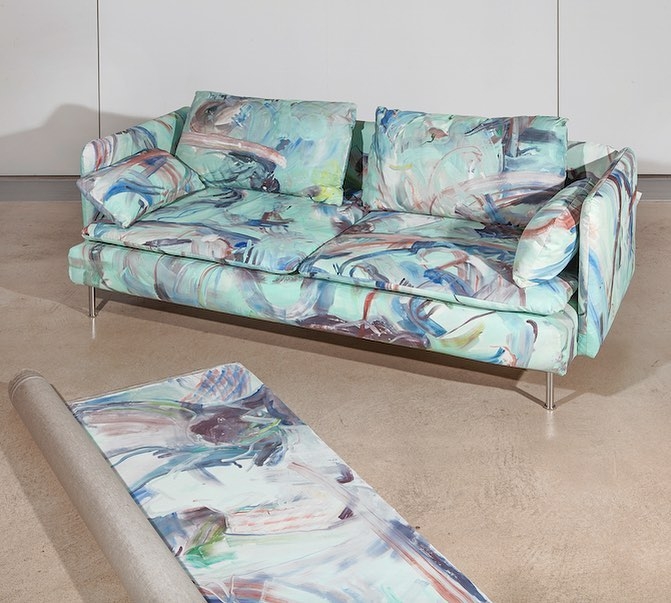 During ArtVilnius’18, Piktogram Gallery presented works by Florian Auer, Krystian Truth Czaplicki and Igor Omulecki. Omulecki’s works played with the idea of bad photography, while Czaplicki focused on the accelerationist side of life, connected also with his fixation to hygiene. However, really fascinating was one of Florian’s Auer works, which focused on the paradoxical status of a sweater worn by Bertolt Brecht, which he ordered from a tailor’s luxury version of a workers’ sweater that would make him look like members of the working class. Auer’s installation emphasized for me a sense of paradox, foregrounded in a technique that was difficult to narrow down combining photography, installation and sculpture. 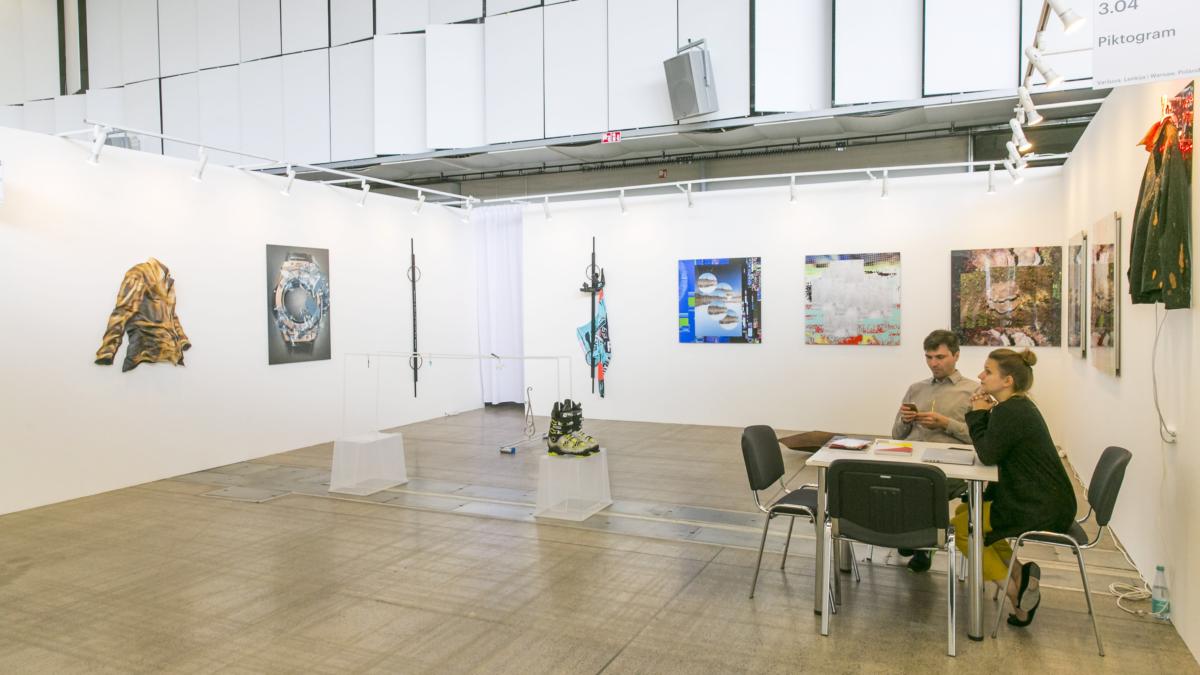 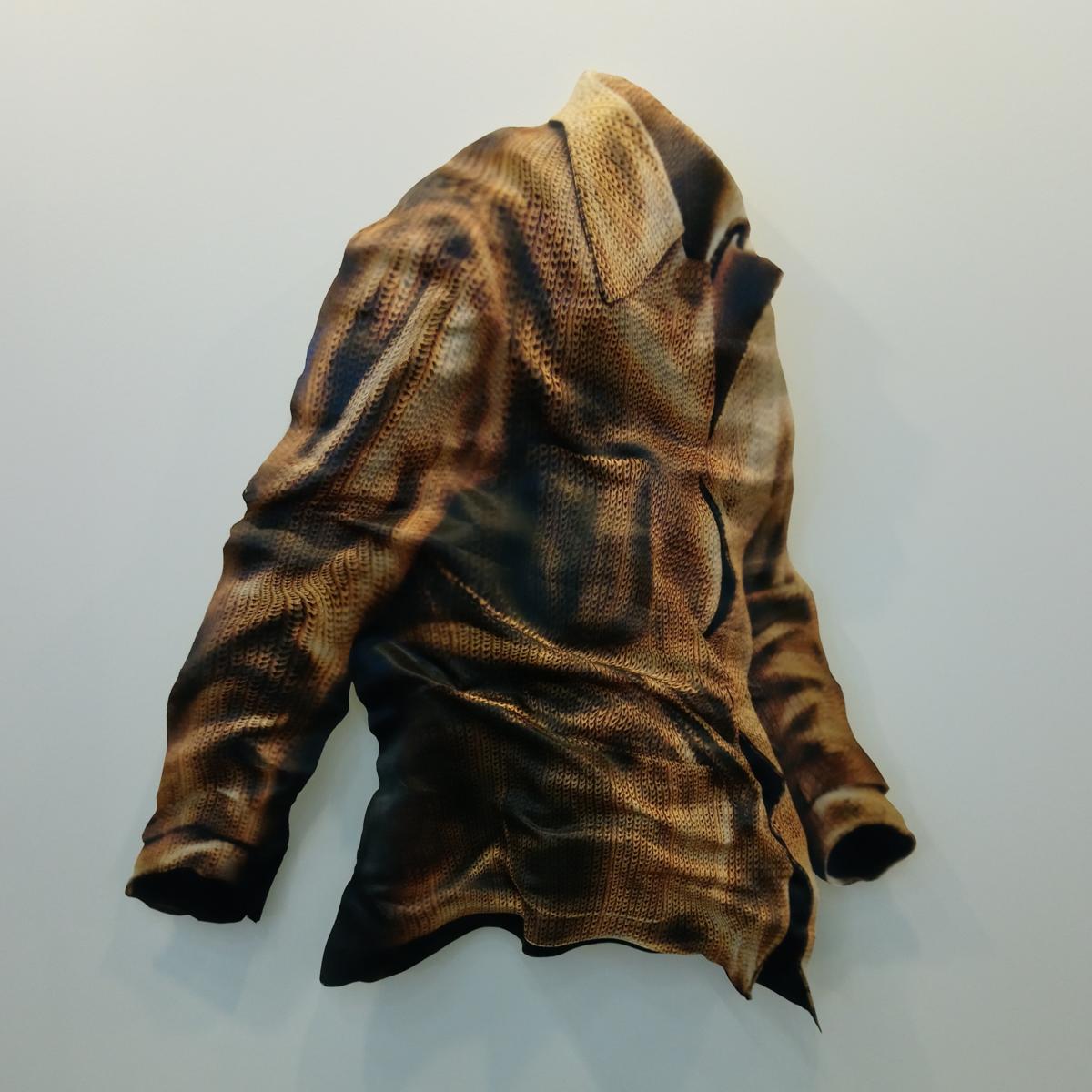 [EN/DE] ‘Who Are We Are Who’ at BRAUNSFELDER Gallery

Inside the Belly of the Beast / Contagious Capitalism. ‘AMZN’ by Tytus Szabelski