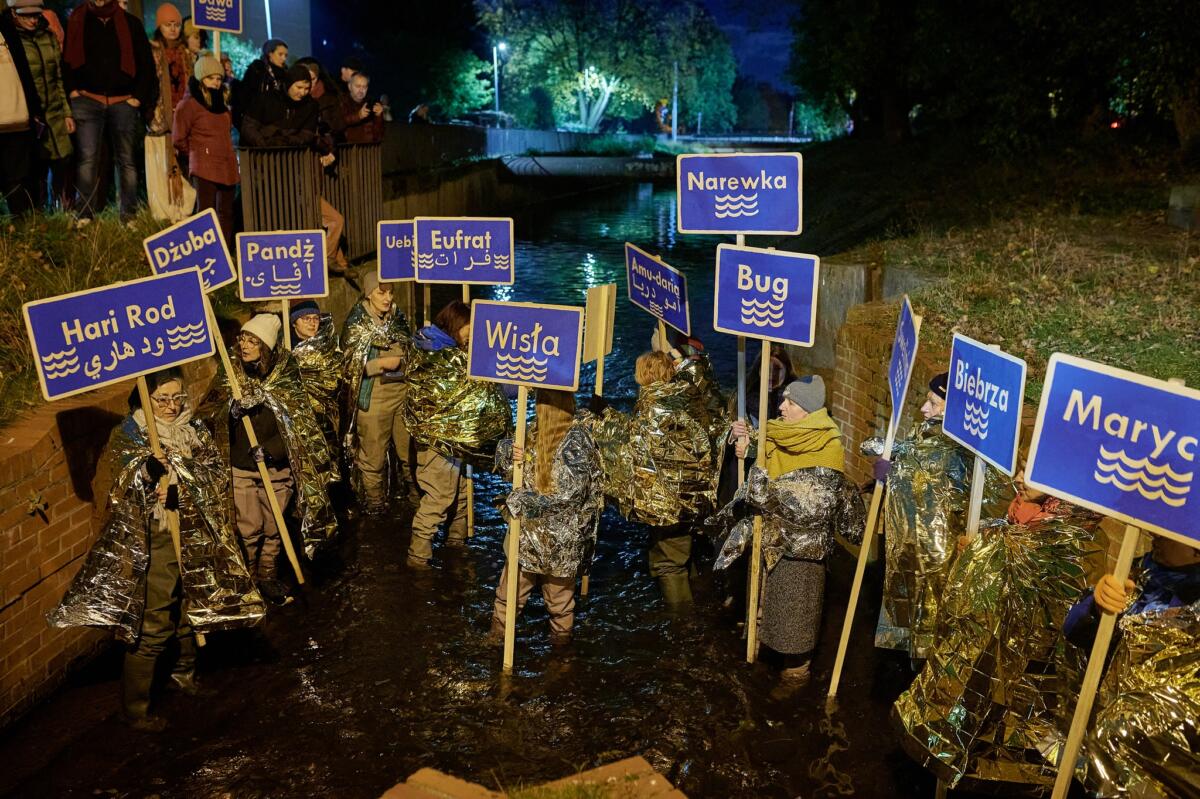 The public is not something that just exists, it has to be brought together, called into being. The museum has, historically, been the space where the public can see itself, its history and culture represented. That representation is, of course, a story, which we are told and can then tell about ourselves.

Narracje is Gdansk’s annual autumn festival, focused on live performance and projection, organised by the City Culture Institute and this year curated by two Prague-based curators – Karina Kottová and Piotr Sikora – who bring with them a number of prominent Czech artists. The festival happens outside of the museum, and for the most part outdoors entirely. This type of public space is very different to the museum, and the people we find there might be less primed for or responsive to the stories we try to tell them. The festival tells its story with the city itself and orchestrated movement through it. Over the course of two nights, thousands of people flow through the streets of Gdansk’s Lower Wrzeszcz, a formerly–working class residential area, some following maps but most following each other. Also flowing is the river Strżya – heading towards the chimneys of Gdansk’s coal-fired power station, which returns piped-heat to the neighbourhood’s houses – and, at least on the first night, a constant stream of heavy rain.

The story that Narracje tells is strange and almost joyously apocalyptic. The sea will rise and devour the city by 2080. This future is presented as inevitable, which it may well already be, but two generations in the future is just far enough that we can’t quite grasp it, that it might not affect us. Faced with this we, as a public, have a number of options. Resistance, acceptance or denial.

Hints of all three are present in the festival, where works sometimes explicitly address the theme, but more often keep it as a lens through which they can be viewed. We’re told that Centrum Centrum’s black and white 16mm film, The Exhibition of the Last Shell (2021) – projected onto one of Gdansk’s last billboards – is footage of an exhibition opening from the year 2080. What we see is a group of people sitting in an allotment garden, eating, drinking and chatting in familial friendship. The film’s silence makes its time unplacable, it could equally be 1980, and the culture and community of the future is both familiar and strange, but it shows that these things will survive, and perhaps even thrive, after the flood.

Communities and relations that are resilient to disaster appear across the festival. Cecylia Malik’s River Sisters (2020) documents a group of women, children, animals and men as they travel down the River Vistula in an effort to stop the construction of a damn, raising awareness along the way through rallies, swimsuit competitions, and a flotilla of hand-built boats. Central again is the building of community, this time more purposeful but no less joyful. It’s also an open community, both in the film and at the festival people are invited to become River Sisters or Brothers, making placards displaying the names of rivers, naming them and giving them a voice to oppose their exploitation and erasure. 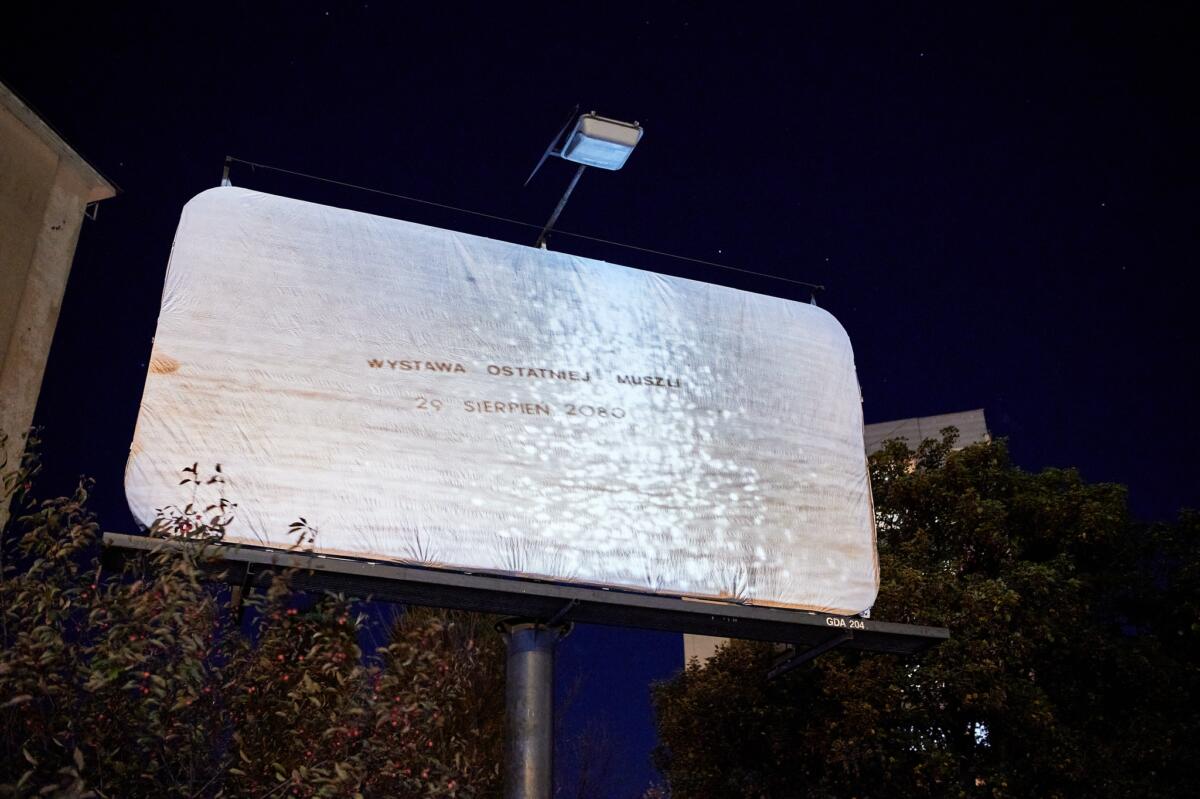 Centrum Centrum, The Exhibition of the Last Shell, video, 2021

Many of the other works aim to collect communities around them, as performers or audience. Barbora Kleinhamplová brings together a group of local people in a makeshift refuge centre in a school hall. While a story of real estate and mortgage debt plays out, the real interest is in the background and between performance, where people pass the time in more or less ordinary ways – chatting, napping, snacking, cleaning a rifle or being vacuum-packed inside a bed – and the lines between performance and real-life, present and future break down.

Working outside of the gallery walls has risks beyond the autumn weather. Works have to become part of the city without disappearing, they can be confrontational but need to be sensitive about the object of any attack. At the same time, they are liberated from an insistence on criticality that is expect of art in the museum. Narracje is a contemporary art festival, but this is art at its most invasive and expansive and most of the artworks could almost be something else: dance, cabaret, protest, software, a music video. That somehow nothing jars, or even needs to justify itself, shows a confidence to the works. A video of a woman in a fish mask screaming at the sea might seem simple, but in the wet night the poetry and immediacy of Kateřina Olivová’s The Carp and The Sea (2020) shine through. Likewise, when she places a mermaid in an outdoor hot tub to mime along to Disney songs attended by a man half-dressed as a bear, it seems silly to ask what it means rather than look at what it does. Families gather round it as a spectacle, it becomes shared experience that can be enjoyed without needing to be understood. Kateřina Olivová, How green are my eyes, performance, 2021

One of the most direct tellings of the festival’s story is Potencja’s The Probe (2020). A sprawling mockumentary, it focuses on denial. Citizens of Gdansk – some real, others less so – are interviewed about the impending deluge. In a way that feels a little exploitative, young mothers are asked if they don’t care about their children’s futures – to which they reply that they don’t have time – while the old mostly shrug and ask what can they do. When the flood does come – perhaps hastened by the climate-denying cult-leader scientist sacrificing his space probe to the sun – it is accompanied by alien invasion and a zombie apocalypse. The film is funny but also quite chilling, and people stand in a muddy carpark to watch in to the end, where a witch desalinates seawater to trade with horse-riding warriors. The scene evokes 20th century visions of nuclear post-apocalypse, and there might be something more familiar, and more comforting, about a world after nuclear war, a single catastrophic event rather than the slow-moving, endless disaster of climate breakdown. Perhaps nuclear war was easier to prevent – there were fewer short term benefits – but it was prevented, in large part by a global, cultural resistance. 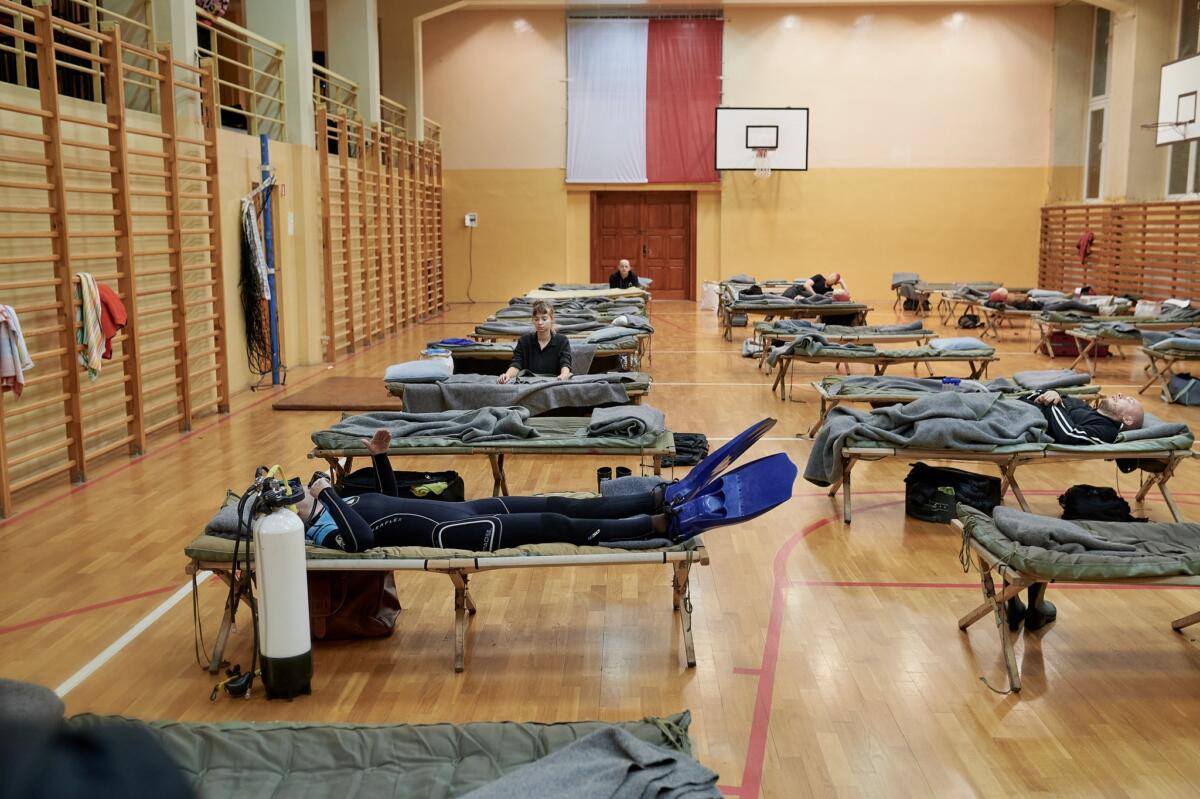 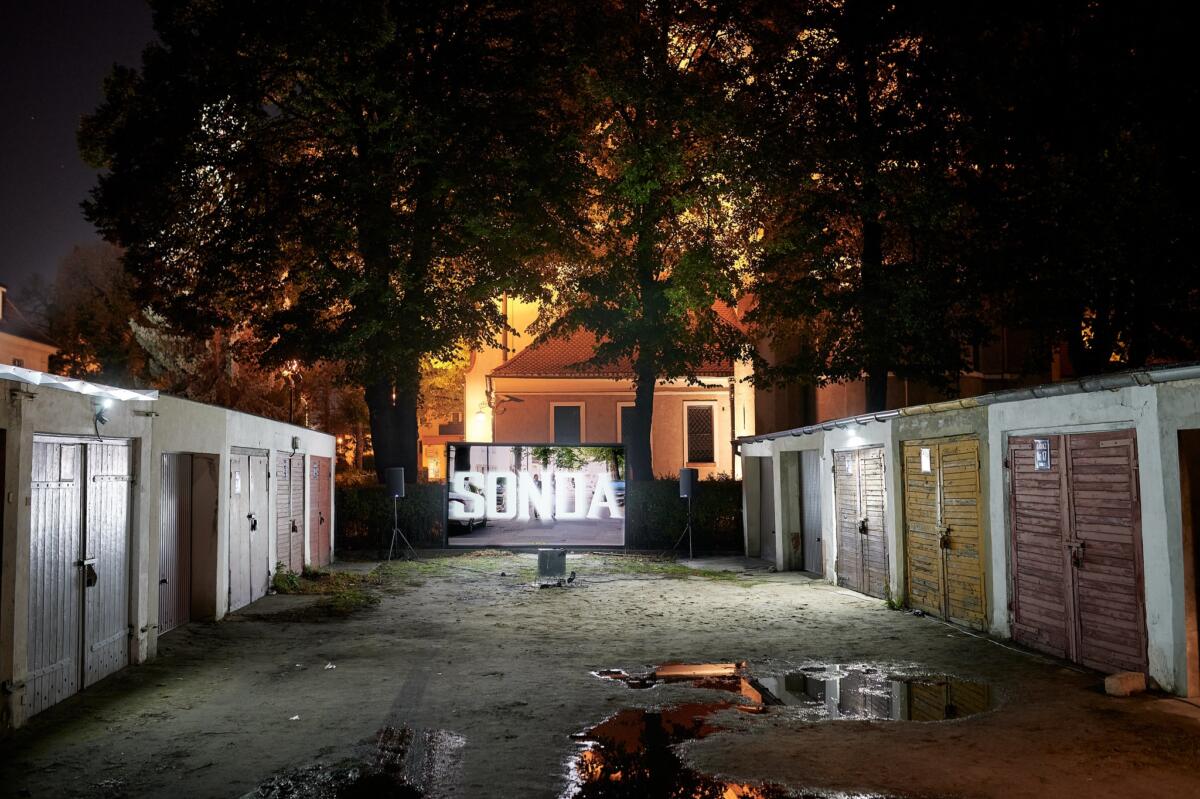 This is why, even at its most fun, the festival never seems frivolous. It’s at the level of the city and the neighbourhood – how me move within and between them, how we build and heat our houses – that some of the most urgent action on the climate must happen. It’s also the place where democratic politics might be most effective. But democracy needs a public that feels connected to place and to its constituents, it needs shared images and experiences, and it needs stories it can tell about the future. Narracje allows the future flooding to sit on top of the city in the present, making denial impossible. What remains is acceptance of change and resistance to its worst effects, but we’re shown that when we do this together it can be something joyful, even in the pouring rain.