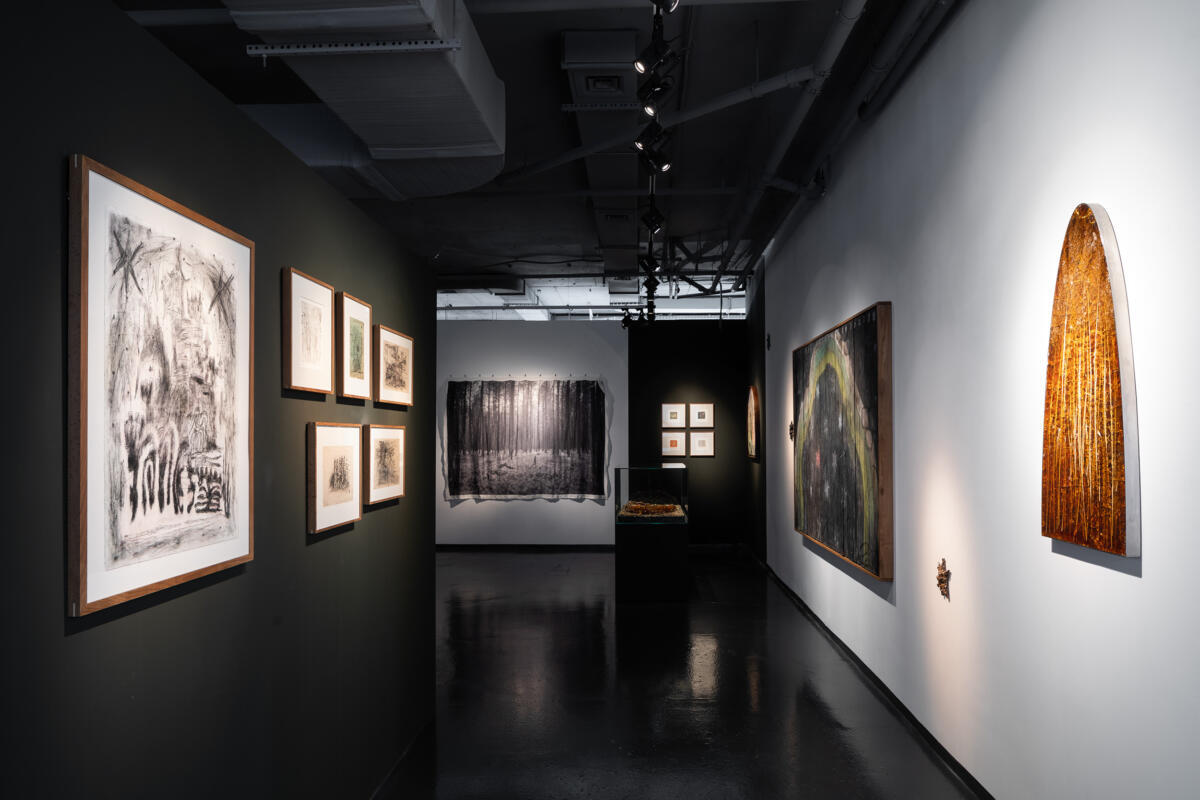 In the West, the occult often manifests in popular forms of cultural kitsch, from Halloween to Tarot, the idea of esoteric rituals often comes at the expense of deeply embedded, hidden knowledge systems and mystical visions of a history that has all but disappeared.

Prior to Christianization, Slavic cultures developed highly sophisticated religious beliefs, myths and ritual practices, many of which centered not on kitschy versions of the occult, but instead on the thresholds embedded within its architecture. If one looks at a traditional Russian house, for example, one will likely see that the facades and window frames are often decorated with figured carvings. These were not for aesthetic or decorative purposes. Rather, they were imbued with symbols and patterns that in times of yore had profoundly sacred meanings. These doors of perception in ancient pagan Slavic cultures were designed for a people who lived in accordance with nature and natural rhythms. According to Leszek Matela, as quoted in his book Tajemnice Słowian (The Secrets of the Slavs), between the 6-7th century AD, pan-Slavic cultures that celebrated a similar set of Pagan beliefs, rites and customs stretched from between the Oder, Elbe and Saale rivers, all the way up to the Jutland Peninsula in the west, down to the Balkans, present-day Czech Republic, Moravia, Hungary, the Dnipro basin and the upper Volga in the south. Some of these traditions centered upon the rites of spring, autumn harvest, fertility and love. Other, most mystical traditions, left open to interpret the function of architecture and domestic space in creating sacred spaces for the body and the soul.

A new exhibition in Moscow entitled In the Landscape’s Shadow presents two artists whose work examines the legacy of personal mythology against the oftentimes antagonist and kitschy interpretation of rural pan-Slavic history. The exhibition at Artwin gallery presents new and existing works by Ustina Yakovleva and Vladimir Chernyshev. The two artists assume an approach to understanding and living within the natural world, which can at first glance appear almost formulaic, but upon closer inspection their individual output places them deep within the latent and often misunderstood periphery of the Slavic mind. There, set against the inimical push-pull between urban and rural, the long-forgotten mythologies of the Russian landscape and its secrets can feel a world away. 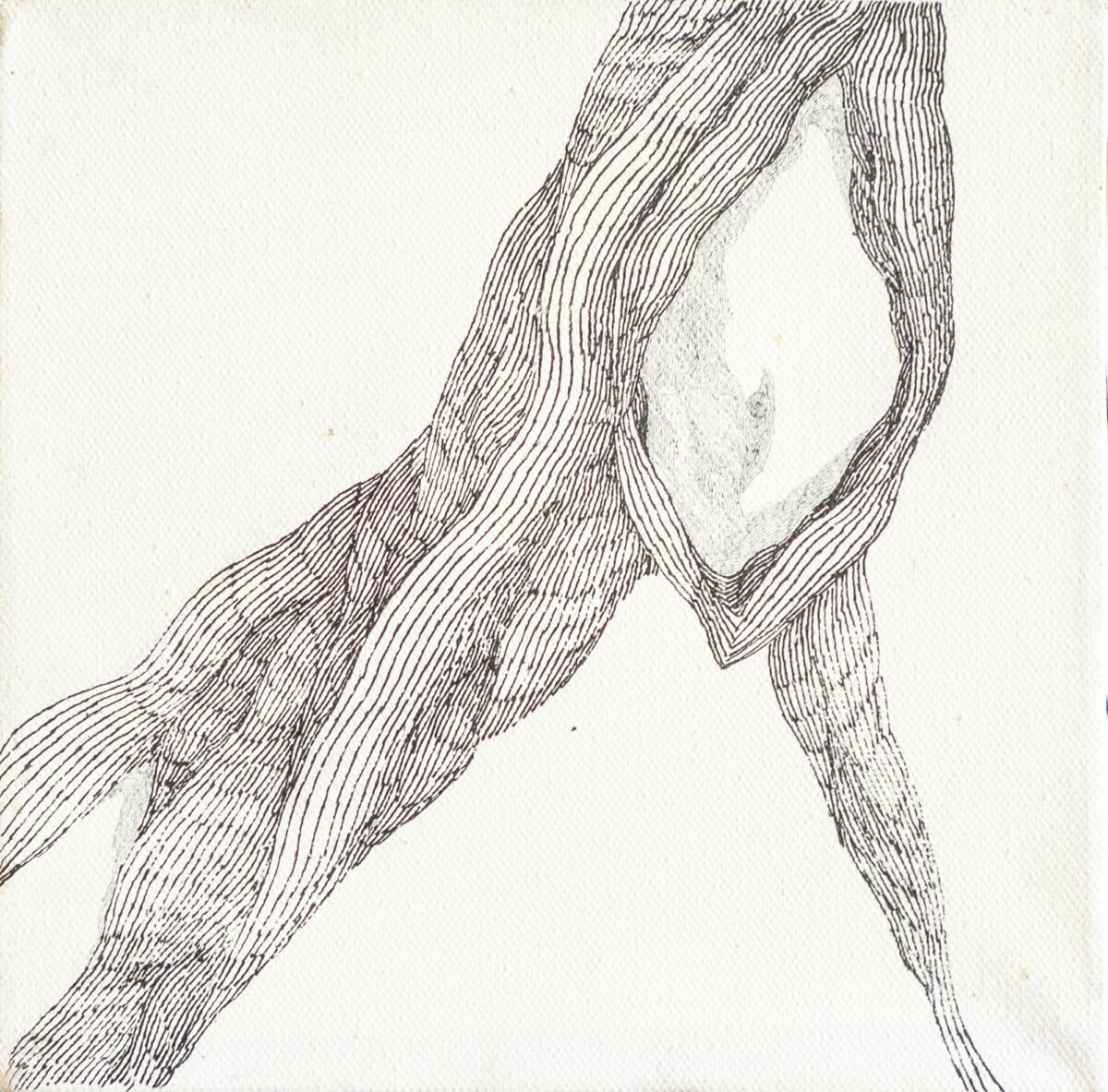 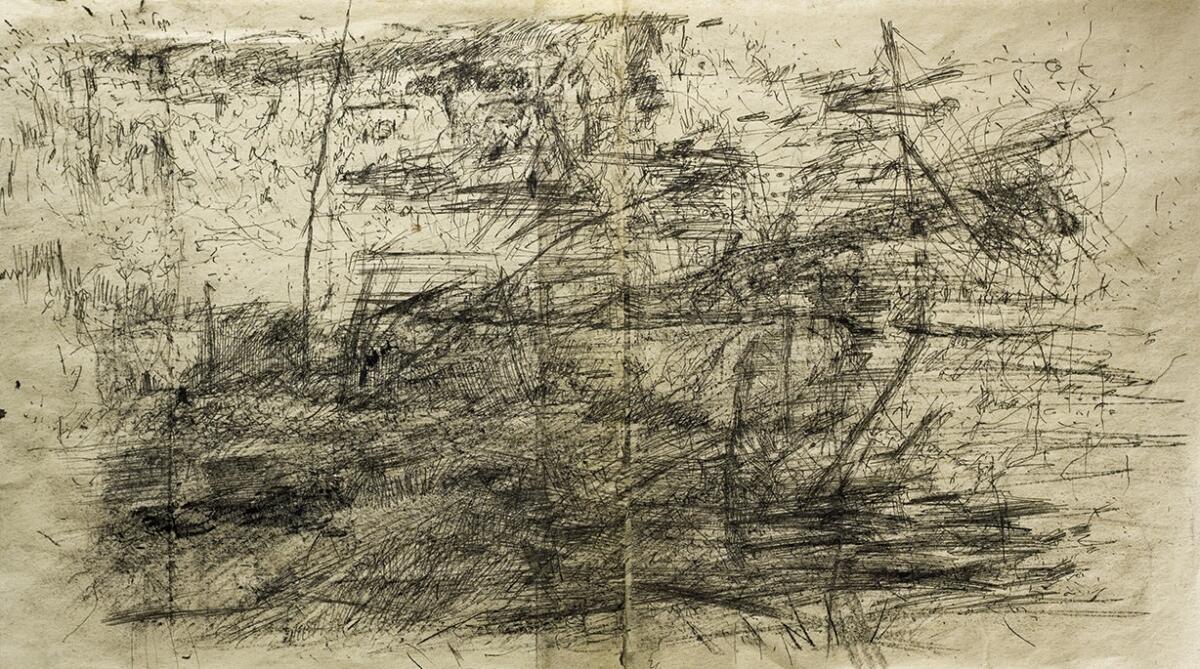 Several of the principal works in the show are made of repurposed wood aches the artist Vladimir Chernyshev found upon flaneuring in his native Nizhny Novgorod, a city 400 km away from Moscow that is known for its ancient traditions, handicraft and wood objects. The works reveal the tragedy of their subtle erasure. Doors of perception that once stood proudly as testament to pan-Slavic folklore and tradition, now lie discarded as Russia accelerates ever closer towards its own vision of postmodern architecture. A far cry from the glimmering capital and tall glass and steel buildings in Moscow, Chernyshev’s works harken to a lost, distant, and almost ancient world.

Alongside these, the works of Ustina Yakovleva beg us to take a closer look at living with and amongst the natural world, charting the cosmic potential of the Russian landscape with an attention to detail perhaps best described as meditative. The works on display are a result of her direct embeddedness into the strange and chimerical world of nature. Bearing witness to the flora and fauna and changing of the seasons, Yakovleva’s works take all living matter, including the trees and animals, not as some artificial muse, but rather as a deeply personal subject, almost as if she were painting her own mother. Lending the works a sense of authenticity, the artist employs ancient Slavic handicrafts such as weaving beads as a way of dialoguing with her own ancient past. Though her work has been exhibited widely, including at the 5th Ural Industrial Biennial of Contemporary Art in Ekaterinburg, and more recently in 2020 as part of the AES+F residency program in New York City, she maintains a close and deeply personal connection to her subject matter: maintaining her principal residence deep in the barren but beautiful landscape of the Russian wilderness. Navigating the deep contradictions of pan-Slavic mysticism set against a rapidly modernizing Russia can be a challenge, especially when set within an exhibition in the glimmering capital of Moscow. However, often the power that moulds contemporary art, especially as it concerns a return to nature, can feel dated, even discrepant. While many younger Russians may enjoy costumes and even dabble in the occasional spirit of the occult, blending influences from Slavic paganism, modern paganism and Western magic, the result is often a bizarre fusion with little connection to authenticity or orthodoxy. With Christianization, many of the mythologies of pan-Slavic mysticism started to wane, so too with the eventual modernization of individual countries and nation states, yet here, in the recesses and shadows of forgotten landscapes, navigating these latent passages may be the last resource to recapturing some of our common memories and histories.