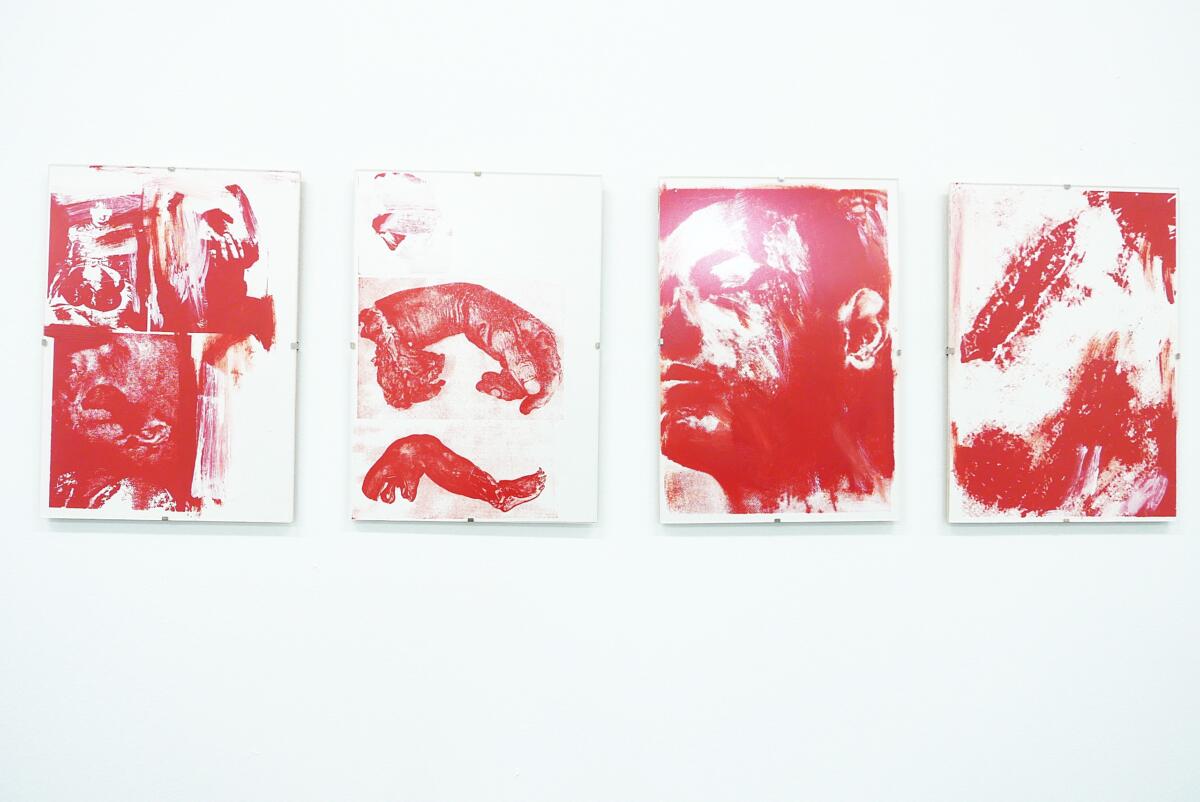 NOME and the Kyiv-based gallery The Naked Room are pleased to announce Restless Bodies, a group exhibition with works by artists from The Naked Room’s program, opening on 26 October 2022. For this show, Lizaveta German and Maria Lanko, curators and founders of The Naked Room, have chosen a work by Nikita Kadan (*1982) as the starting point and key work. Kadan’s Mutilated Myth combines documentation of the 1941 Lviv Pogrom with visual quotations from Bruno Schulz’s Book of Idolatry. The series’ primary source materials are blurry archival photographs of the pogrom, which Kadan paints at a monumental scale. Created two decades before the Holocaust, Schulz’s illustrations resemble an incredibly accurate anticipation of the historic catastrophe, as well as of his own fate. In dialogue with Schultz, the scenes of actual violence adopted from documentary photographs attain a surreal and disengaged character. Kadan’s so-called “masochistic optics” provide a lens through which to view other works in the show, most of which have a documentary image at their core and evoke rather uncomfortable positions for the viewer—as a voyeur or an accomplice. 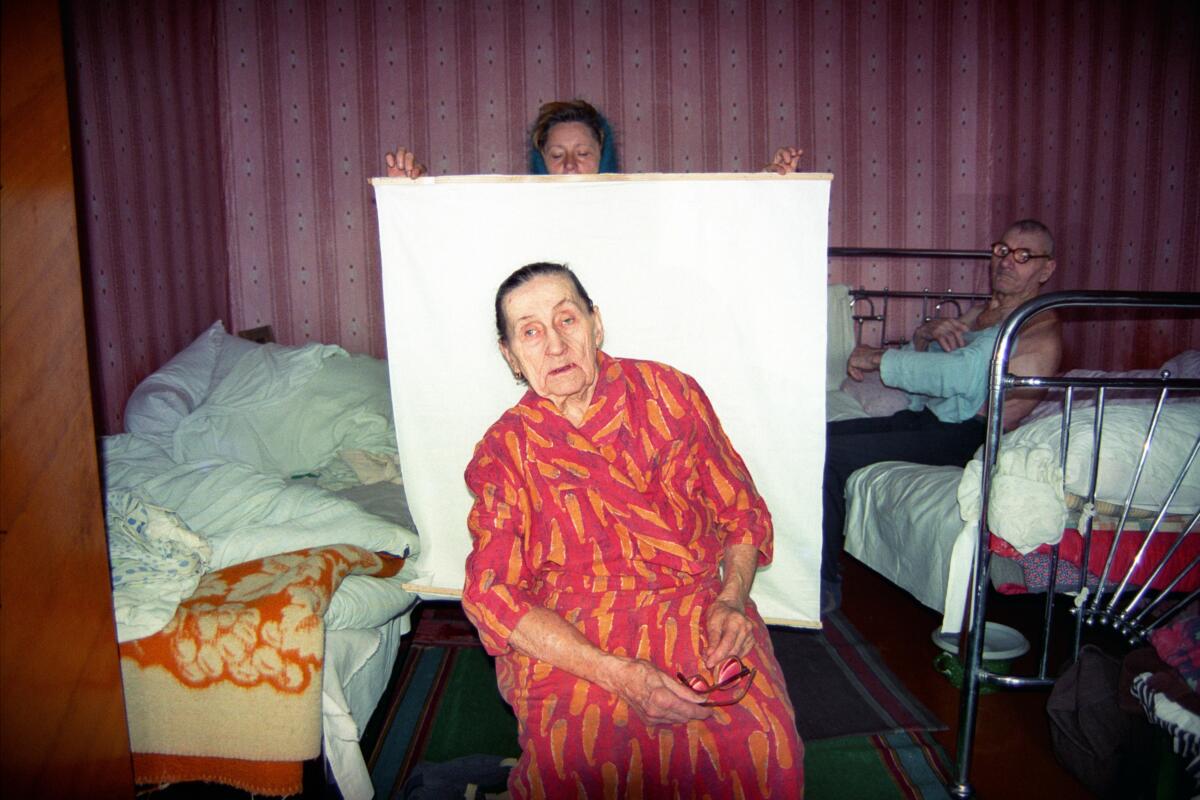 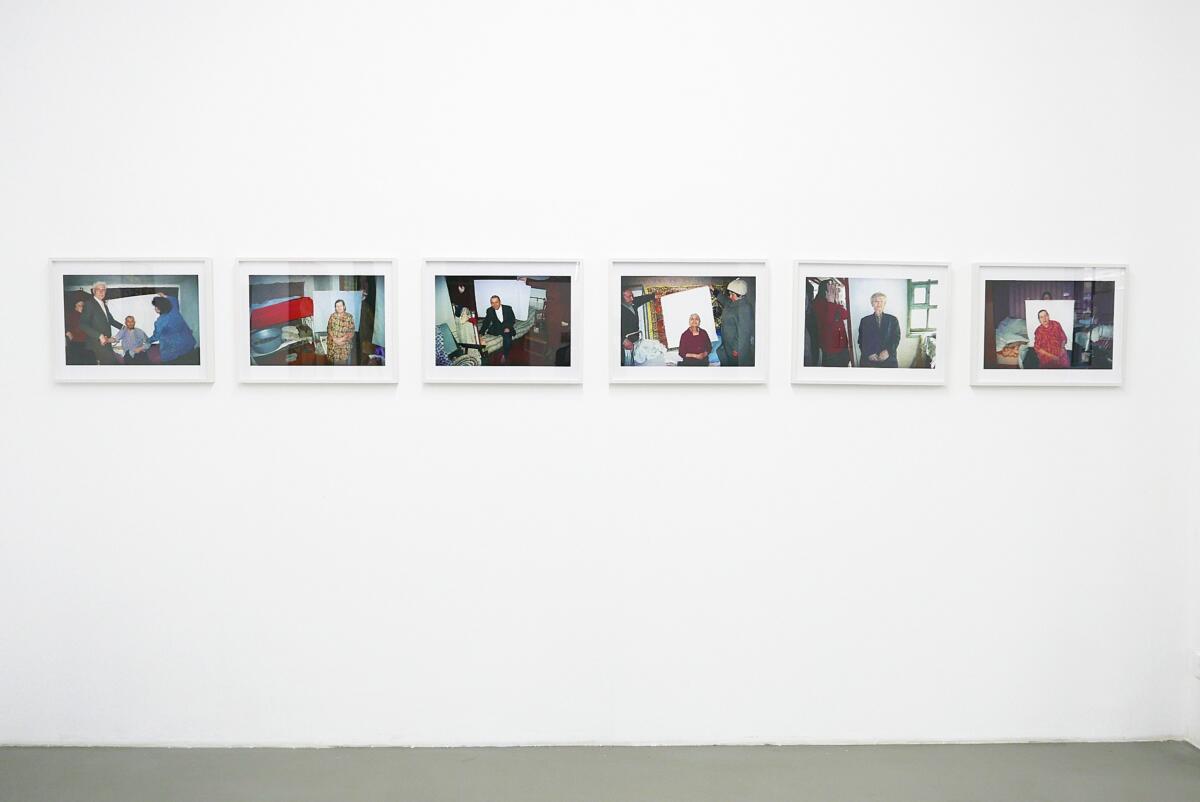 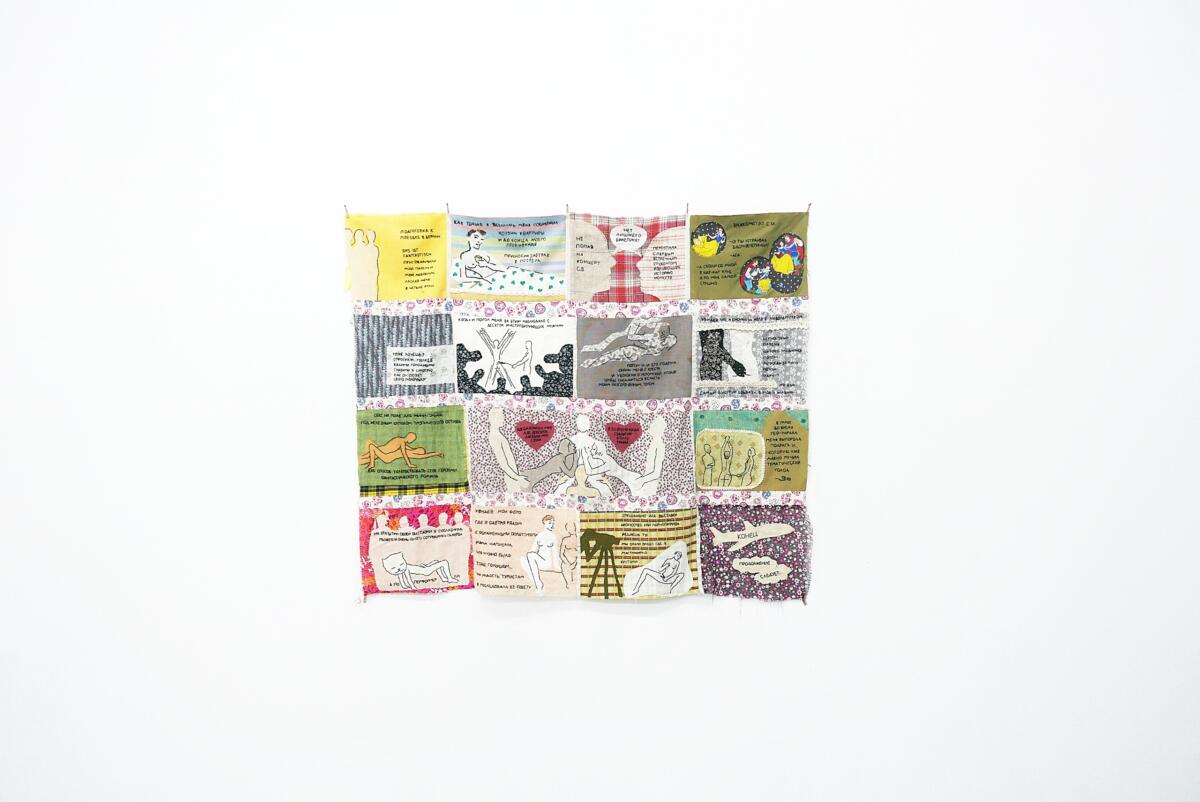 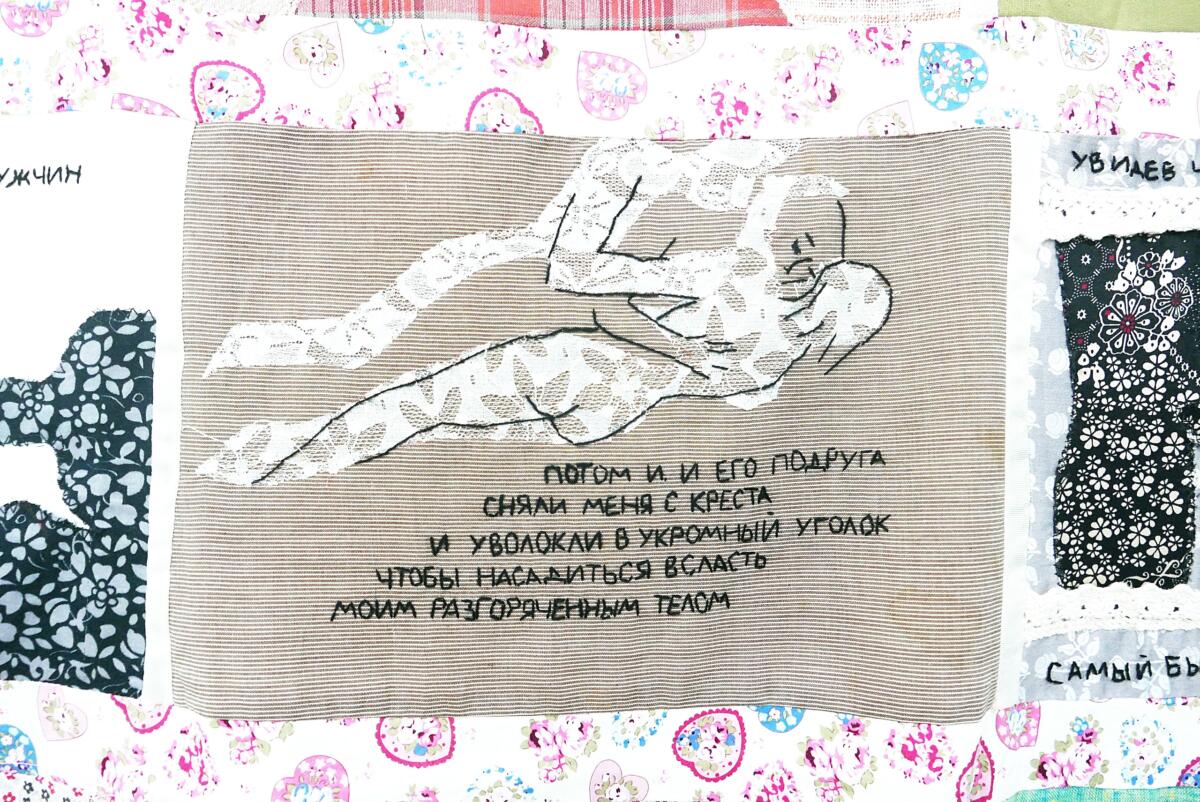 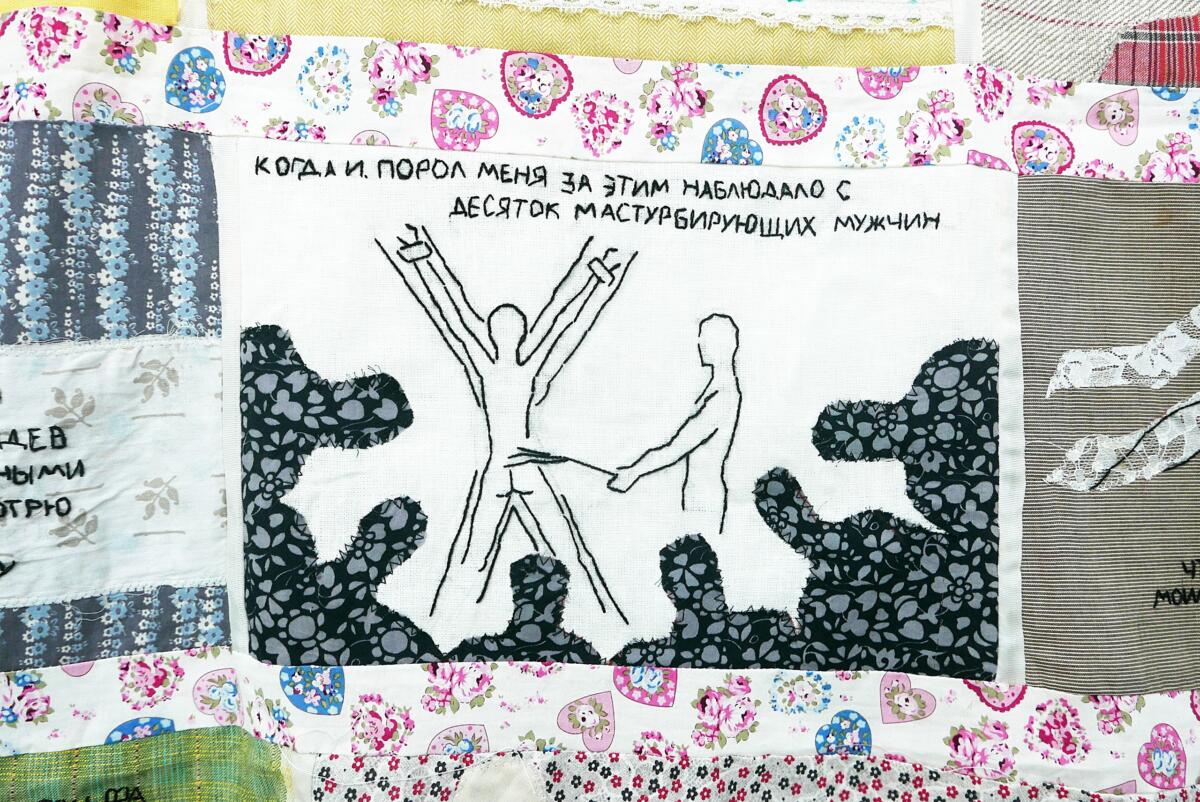 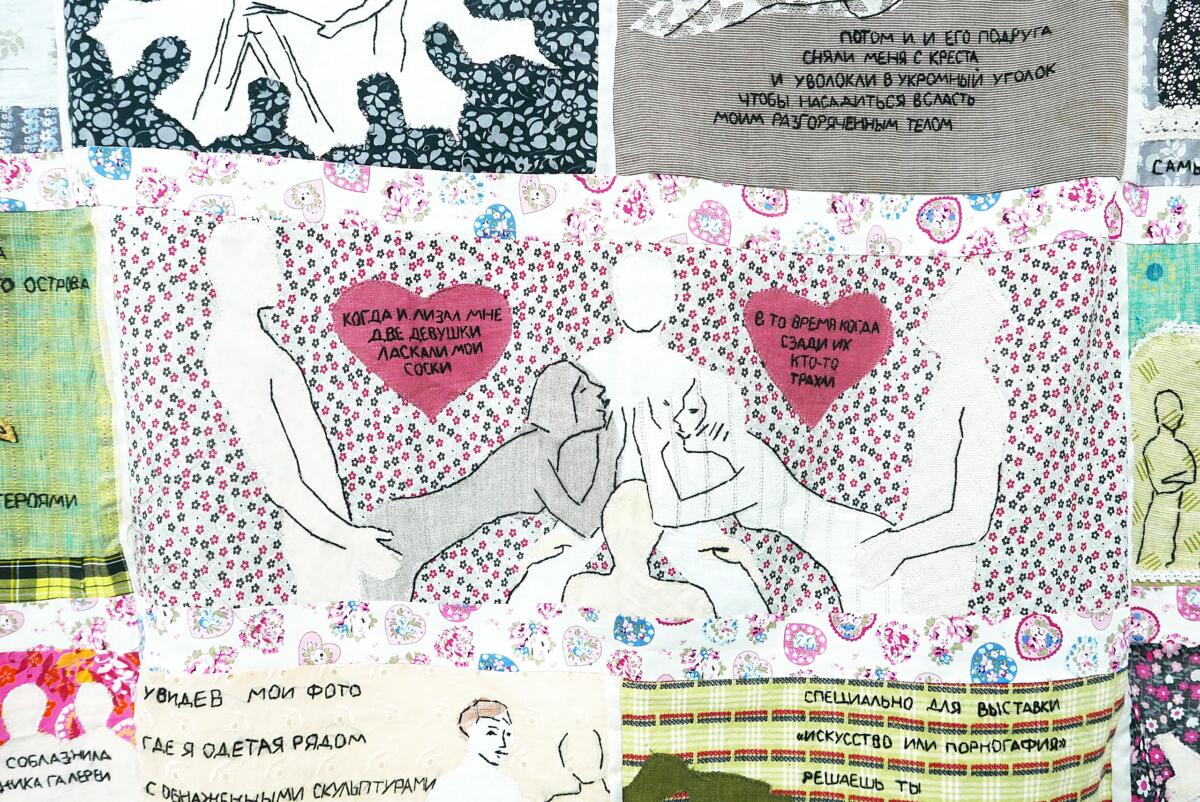 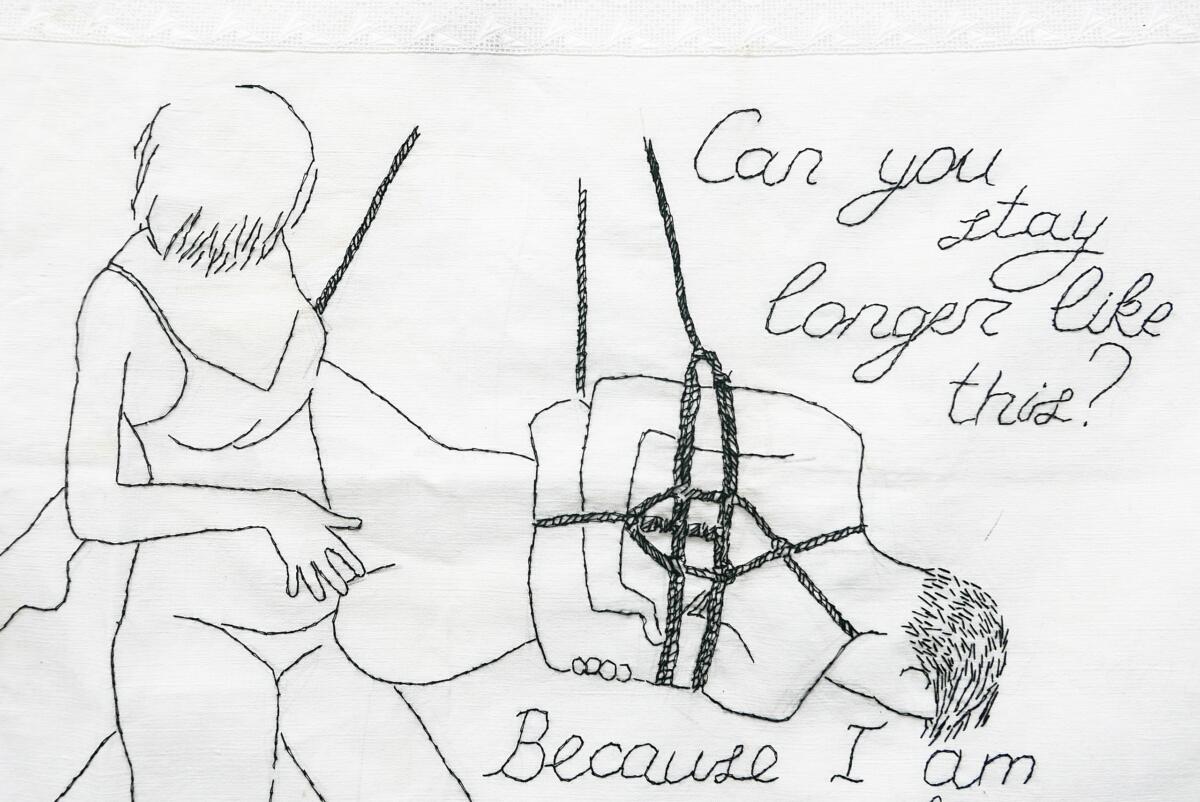 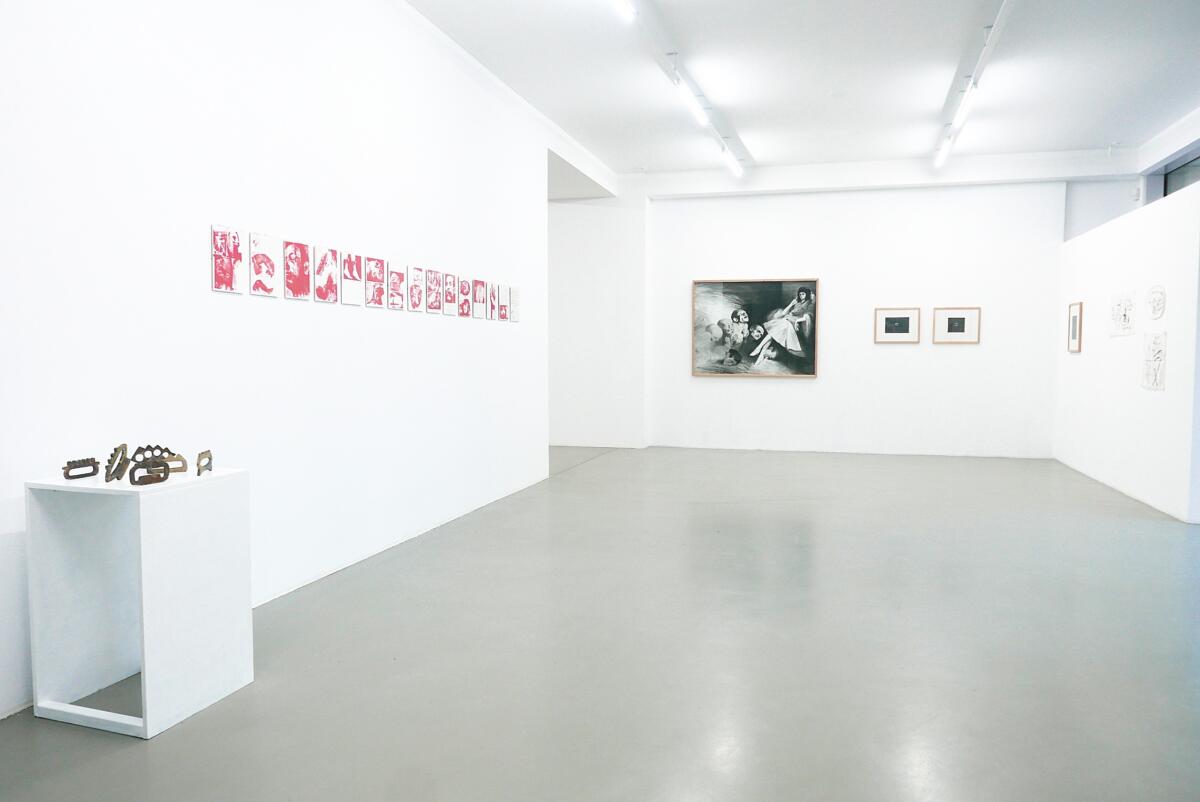 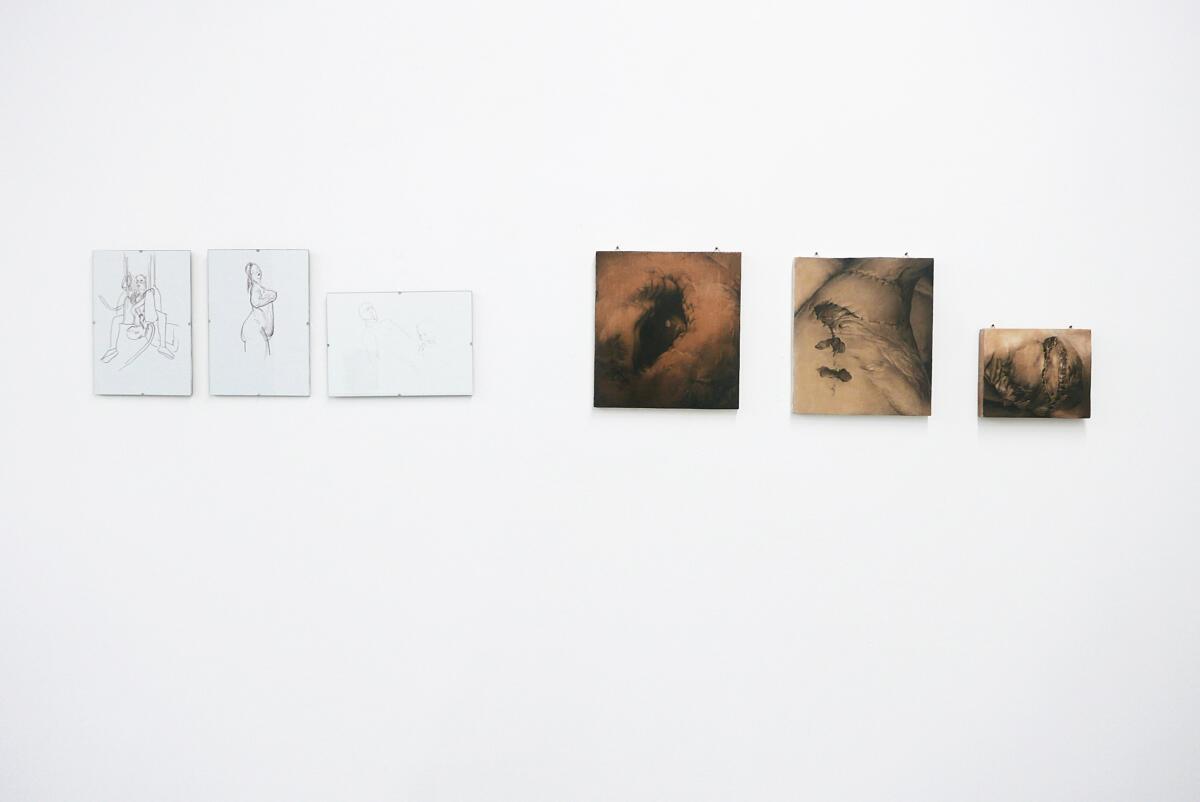 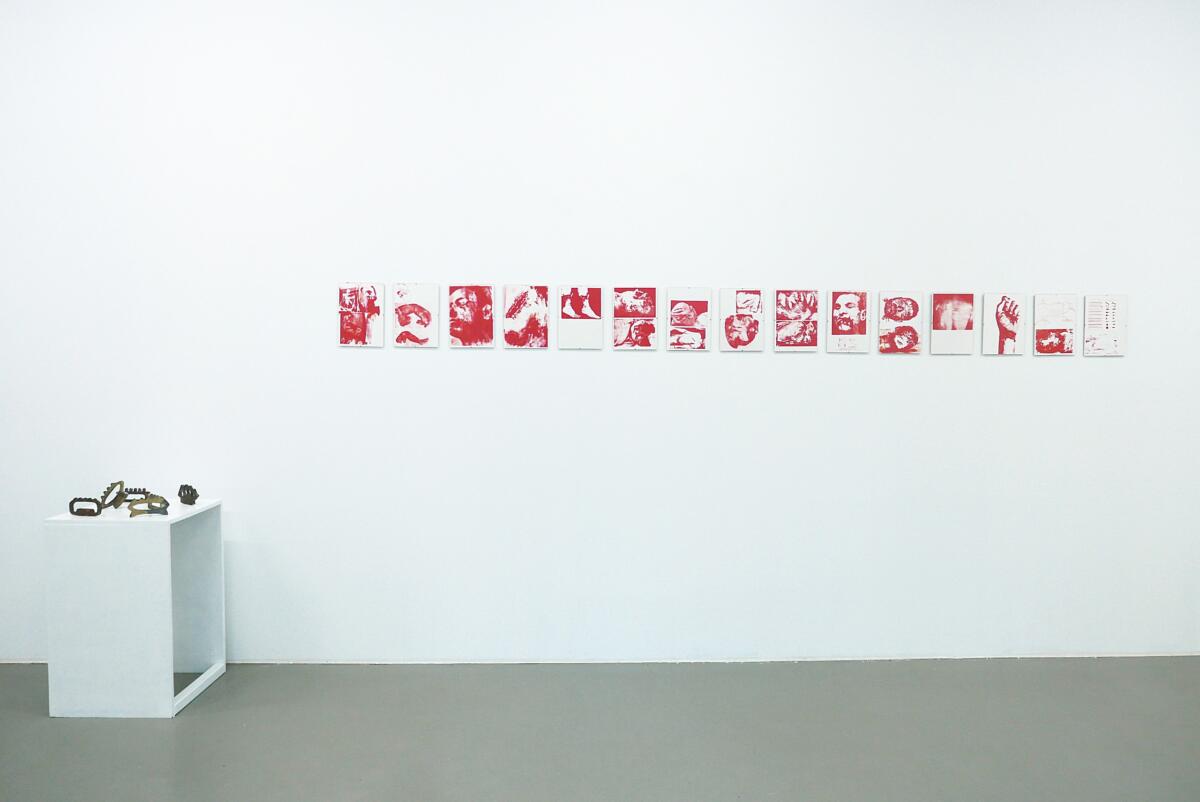 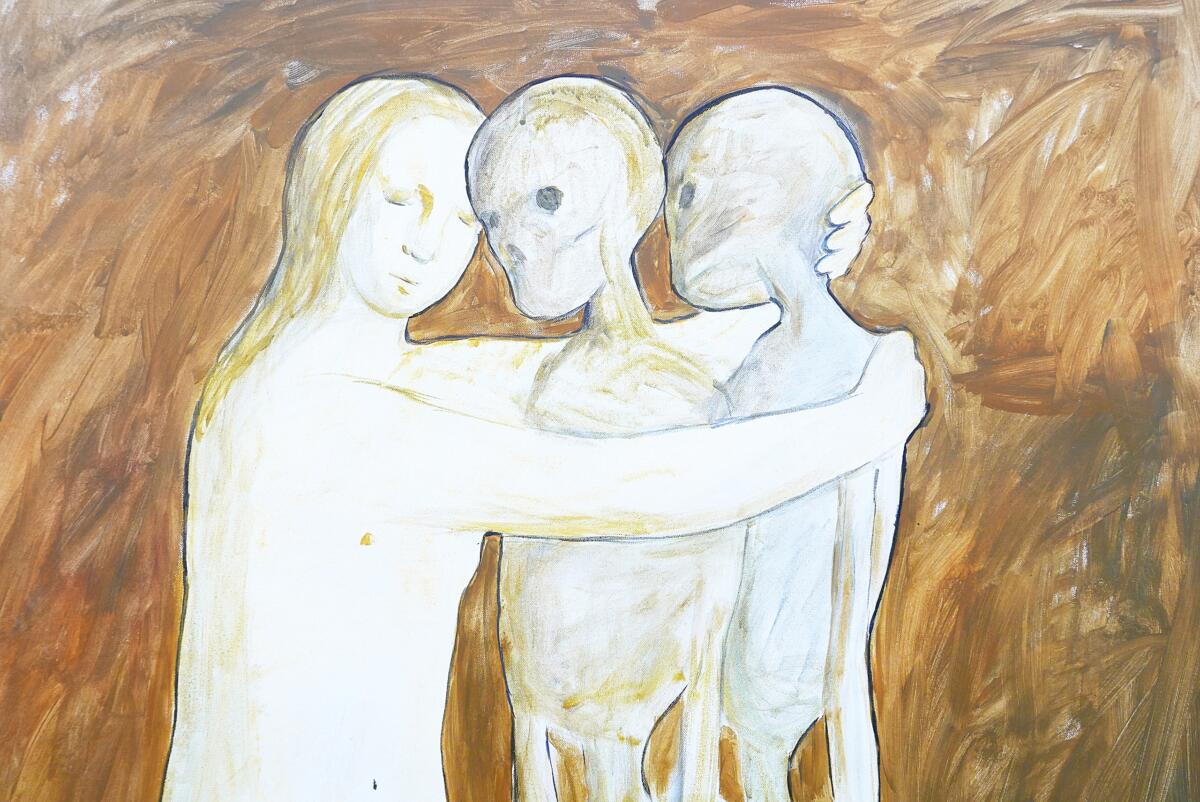 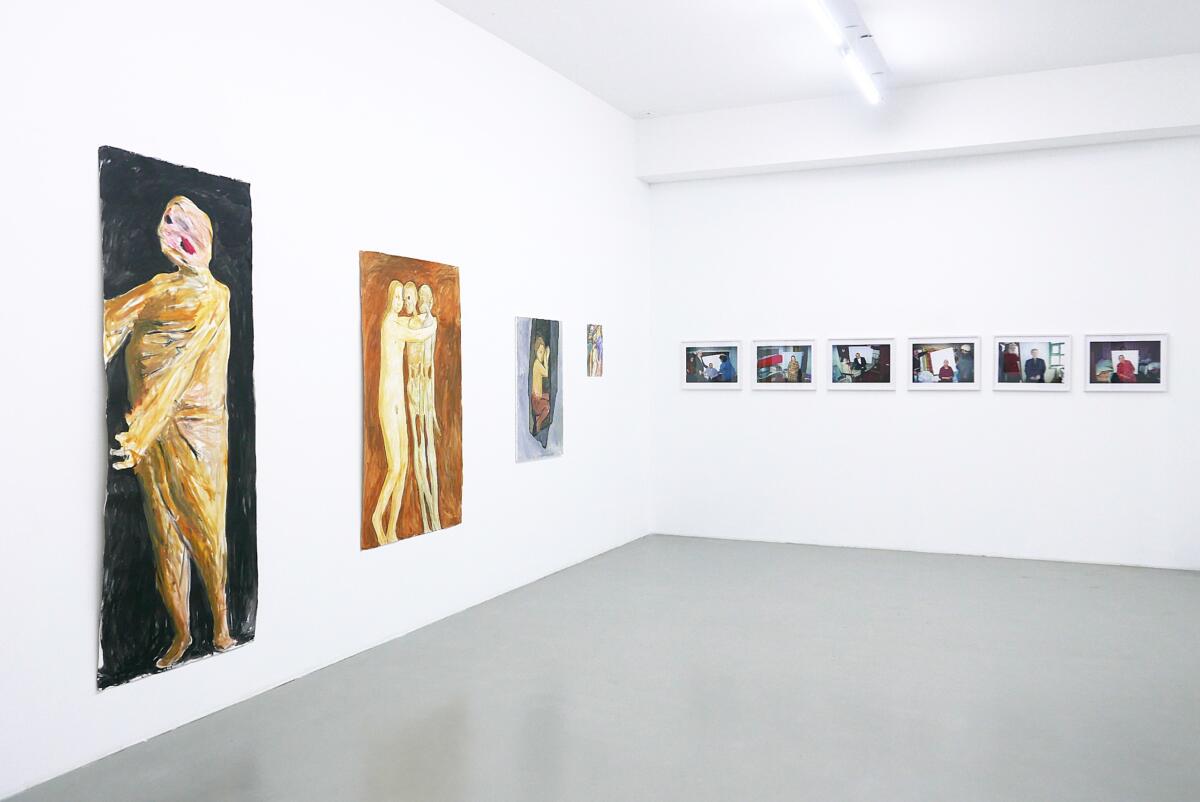 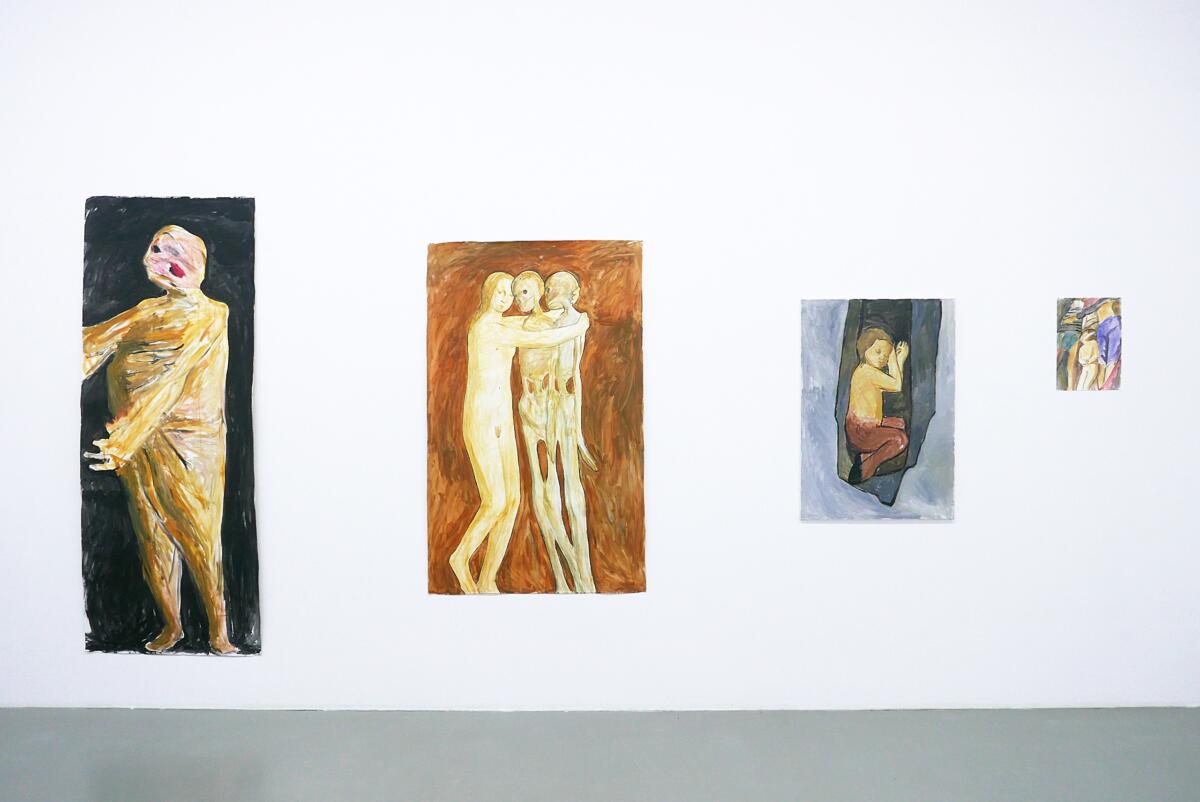 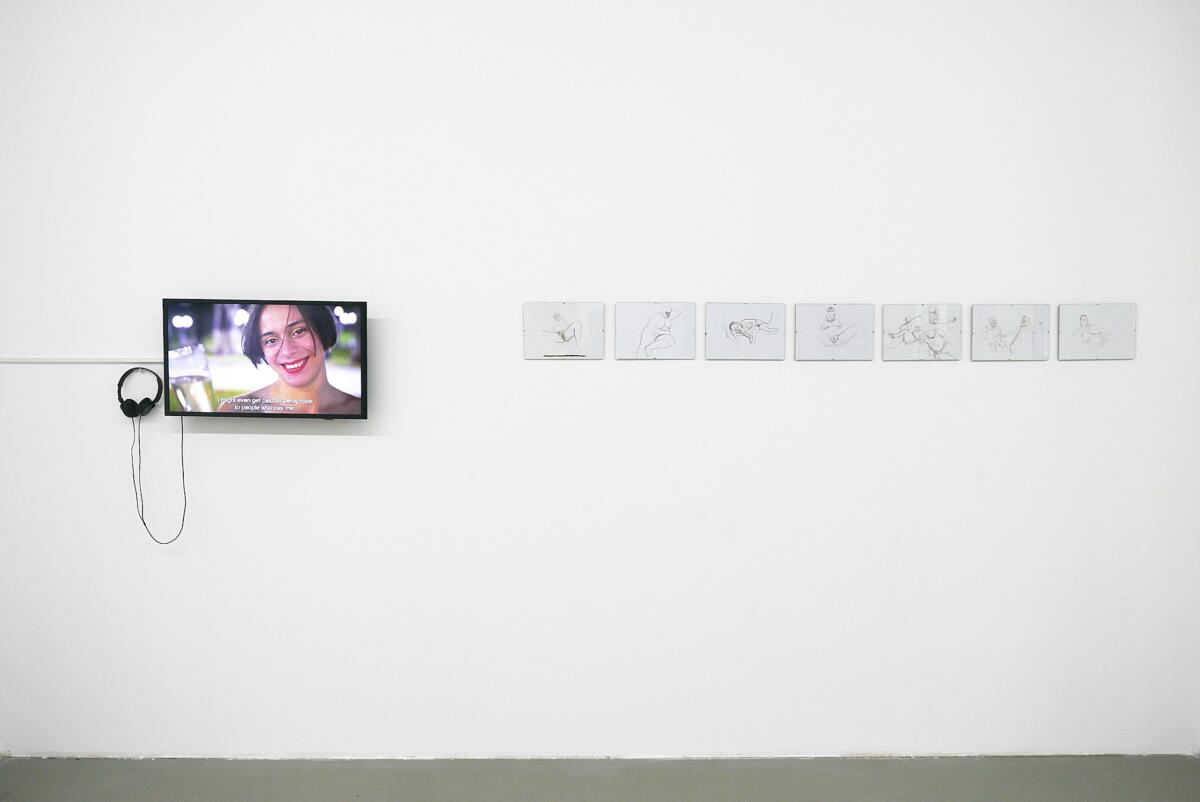 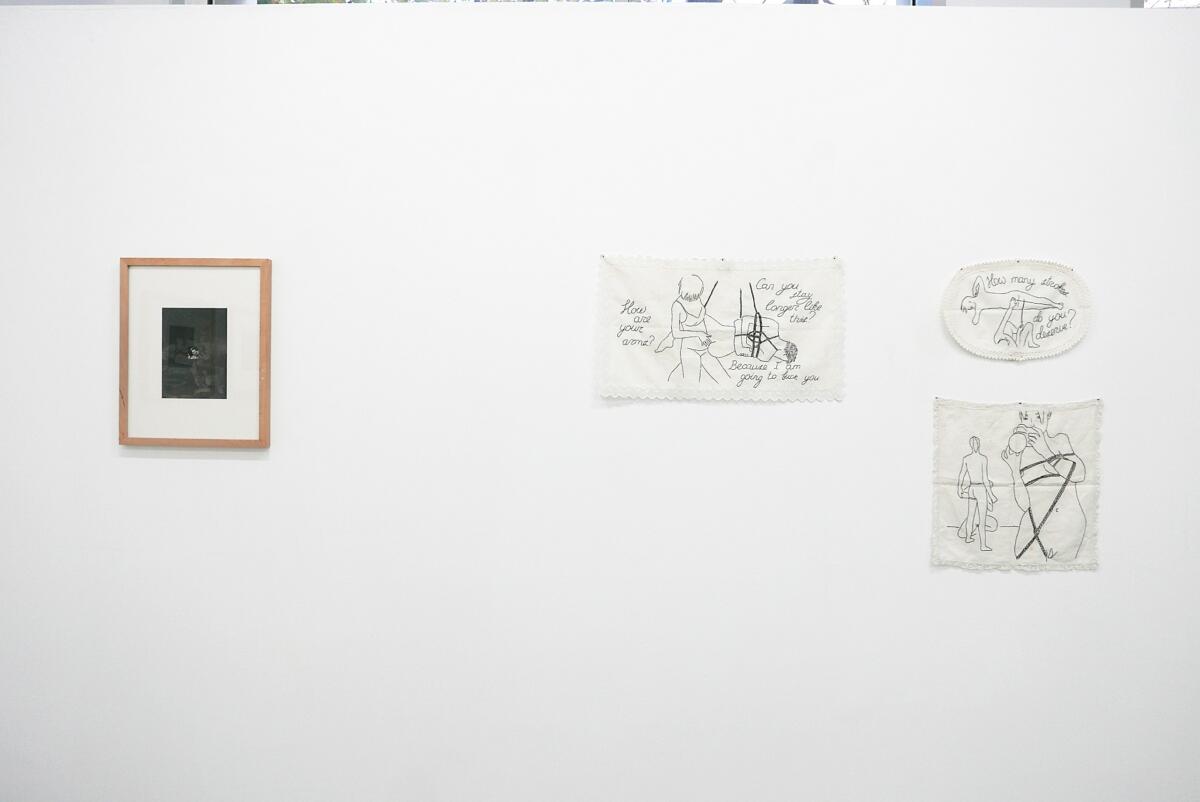 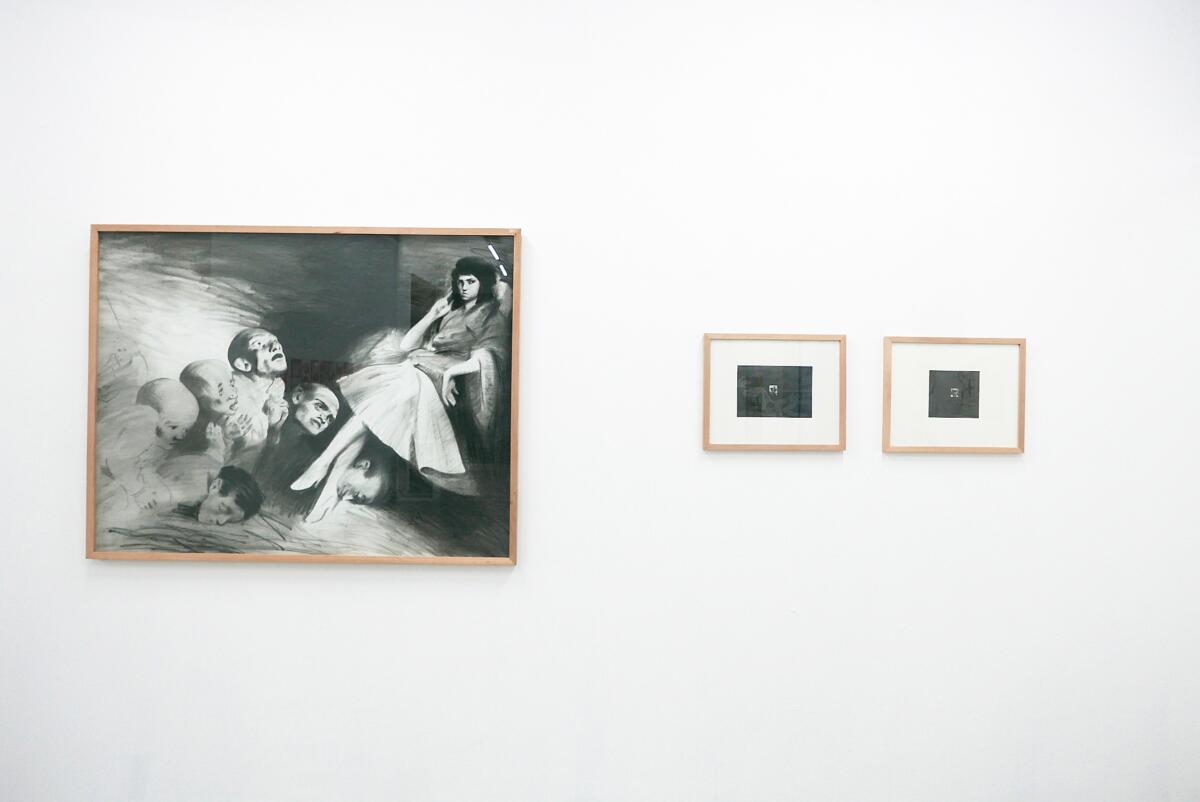 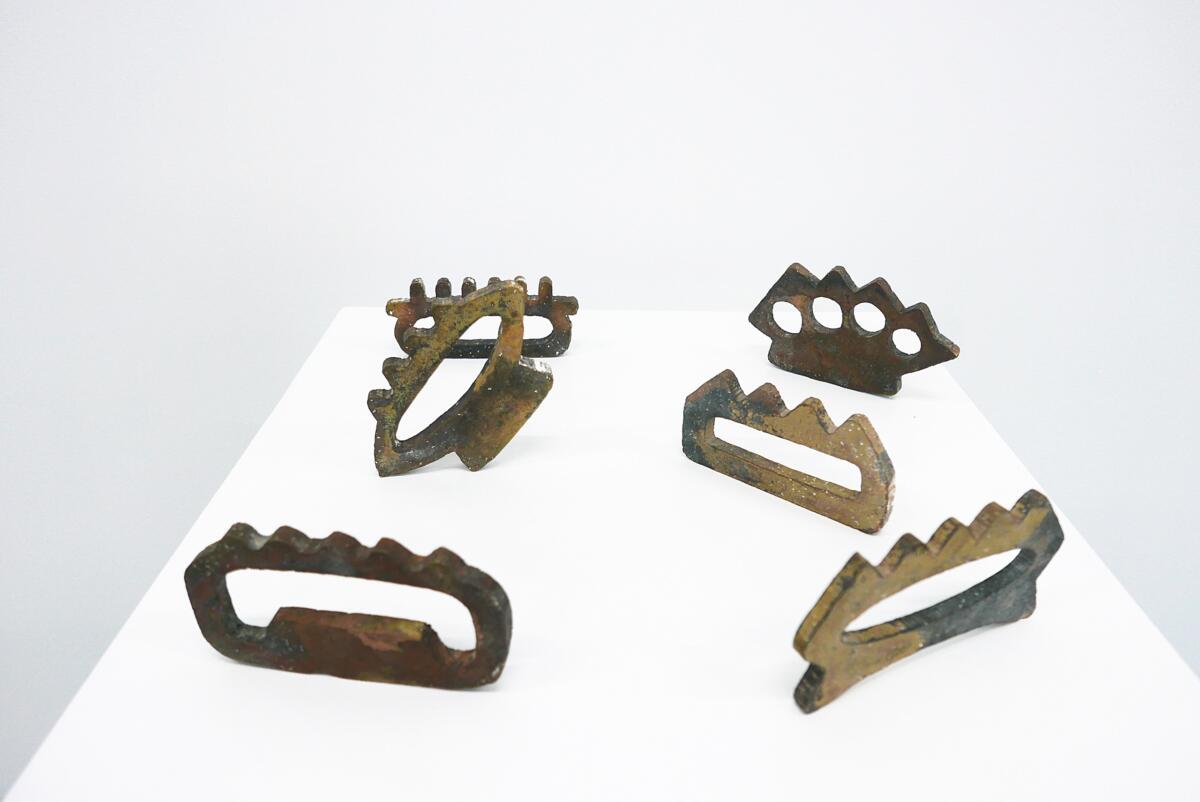 Katya Libkind (*1991), who works as a curator and an assistant for people with Down syndrome, addresses one of the most-tabooed aspect of their life: sex. Her drawings oscillate between pleasure, manipulation, desire, and violence, thereby opening the same question for the viewer of her works. Alina Kopytsa (*1983) uses her sexual practices, both experimental and intimate, as a plot for cartoon-like embroideries. She employs used textiles that often retain memories of these experiments and populates them with heroes and texts evoking a play of power, domination, and vice at once pleasurable and painful.

Sasha Kurmaz (*1986) presents a series of screen printed images taken from pictures in forensics books. Formalized and displayed as posters, the injured bodies appear uncannily seductive. Paired with bronze objects reminiscent of ancient treasures, which are in fact the artist’s depictions of knuckles, they invite the viewer to take a stance. Kristina Melnyk’s (*1993) lefkases also recreate images of wounded bodies, yet in a very subtle manner. She extracts fragments and transfers them on wooden boards in the ancient icon-making technique of lefkas that evokes fragility of Christ’s body. Kateryna Lysovenko’s (*1989) subjects are neither anonymous, nor disguised—they are the victims of the Russian invasion of Ukraine. Struck by numerous images of tortured bodies that arrive from the front and de-occupied territories, the artist adopts them for her disturbing compositions.

Alexander Chekmenev’s (*1969) documentary photo series Passport depicts the elderly and immobile people of the Ukrainian city of Lugansk, who were subdued into a brutal passportisation procedure in the mid-90s. Entering into their homes to capture their portraits, the artist discloses the institutional power over a body and its “natural” decomposition.

The Naked Room is a contemporary art gallery based in Kyiv and an institutional-producer of the Ukrainian Pavilion at the 59th International Art Exhibition — La Biennale di Venezia. The gallery is driven by rigorous curatorial programming and an aspiration to build a legitimate art market for Ukrainian artists. Co-founded in 2018 in Kyiv by independent curators Lizaveta German and Maria Lanko, it is focused on establishing a representation of Ukrainian artists both locally and internationally.

All installation views were taken by Luca Barbeni of NOME Gallery. All works

Courtesy the artist(s) and The Naked Room.