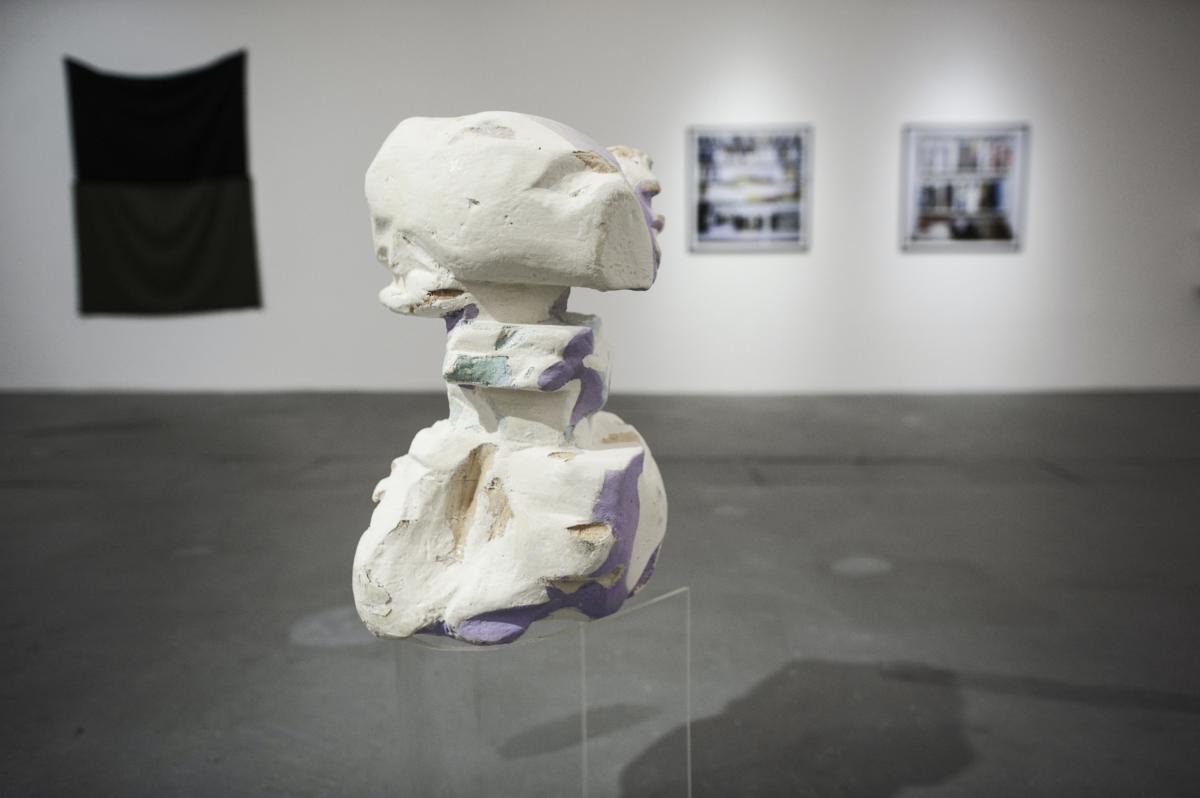 Esther Gatón, Three Manners of Sitting , sculpture, 2017. Photo: Marcin Pietrusza
I always have in mind that the space and context are not neutral. It’s not always easy to do it when you have a fixed structure as a travelling exhibition, but I try to set up the works so they could respond in some site-specific way.

Piotr Policht: Why did you decide to make a group of terms from Italo Calvino’s essays Six Memos, which is the main reference point of your show?

Branka Benčić:  This collection of essays by Calvino was on my mind for a while. I studied Art History and Comparative Literature. This is how I got in touch with Calvino’s writings. In case of these six memos, he mostly writes from the position of literary heritage, especially classical Italian literature from the Renaissance, from Dante to Machiavelli and Ariosto. But I was also interested in expanding these six concepts, and I tried to see how we can translate it conceptually to Visual Arts from today’s perspective. I was struggling with the idea of this show, its format. First I had an idea to make a one year long program with artist commissions, but for me as an independent curator, without an exhibition space, it was just an utopian idea to deal with. Then at some point Croatian partners from CreArt talked to me about making an exhibition proposal for the European exhibition, and I tried to rewrite the idea of the show to be an open call. I thought this idea of an open call could maybe solve some problems I had because it opened a space for artists to respond to that idea.

What do you find interesting about those particular ideas thirty years after Calvino’s book has been published?

The idea in the background was a kind of a reality check. I was interested in viewing the work of the artists in terms of inheritance and how we are building on Calvino’s legacy. The concepts of Lightness, Quickness, Exacitude, Visibility, Multiplicity, and Costincency are really broad and universal and in terms of artist’s work, explored not only in terms of content. I was also interested in the formal engagements, different narratives and possibilities artists inscribe onto these concepts.

I always try to connect and put local artists in dialogue with international perspectives because I think it’s an attempt to open up the very narrow and closed scene in Croatia.

Both in specific visual languages, narratives and methodologies. The interesting thing about open calls is you really don’t know what to expect and what you’ll get. The selection process was totally different from what I used to do as a curator – how I researched my exhibitions. It was limited in a way because there were propositions for open calls in twelve cities and only artists from those cites could apply. So I was also trying to work through the administrative or bureaurocratic limits of an EU funded project.

You mostly work with artists from the specific region, the former Yugoslavia or Central-Eastern Europe as such. How did you deal with the context of the twelve European cites in this case?

I always try to connect and put local artists in dialogue with international perspectives because I think it’s an attempt to open up the very narrow and closed scene in Croatia. The CreArt project offers many opportunities for the artists besides organizing exhibitions, and I think it’s good platform. 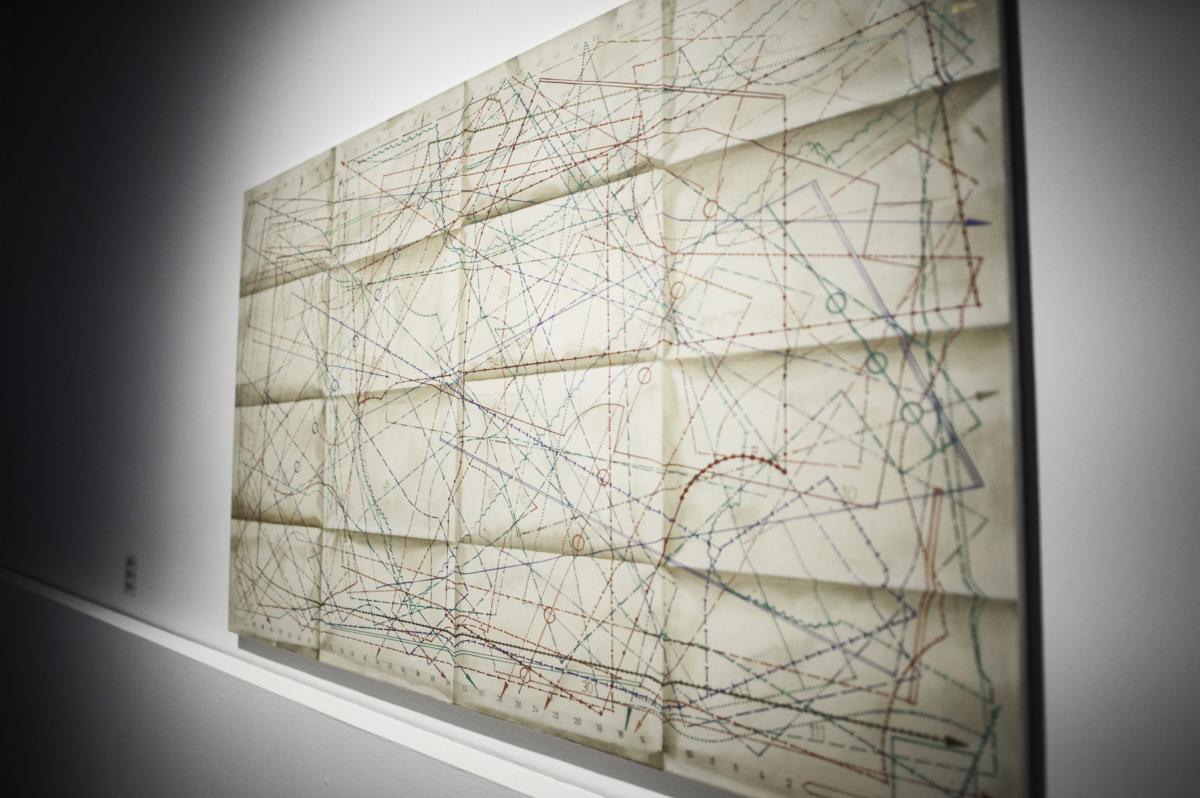 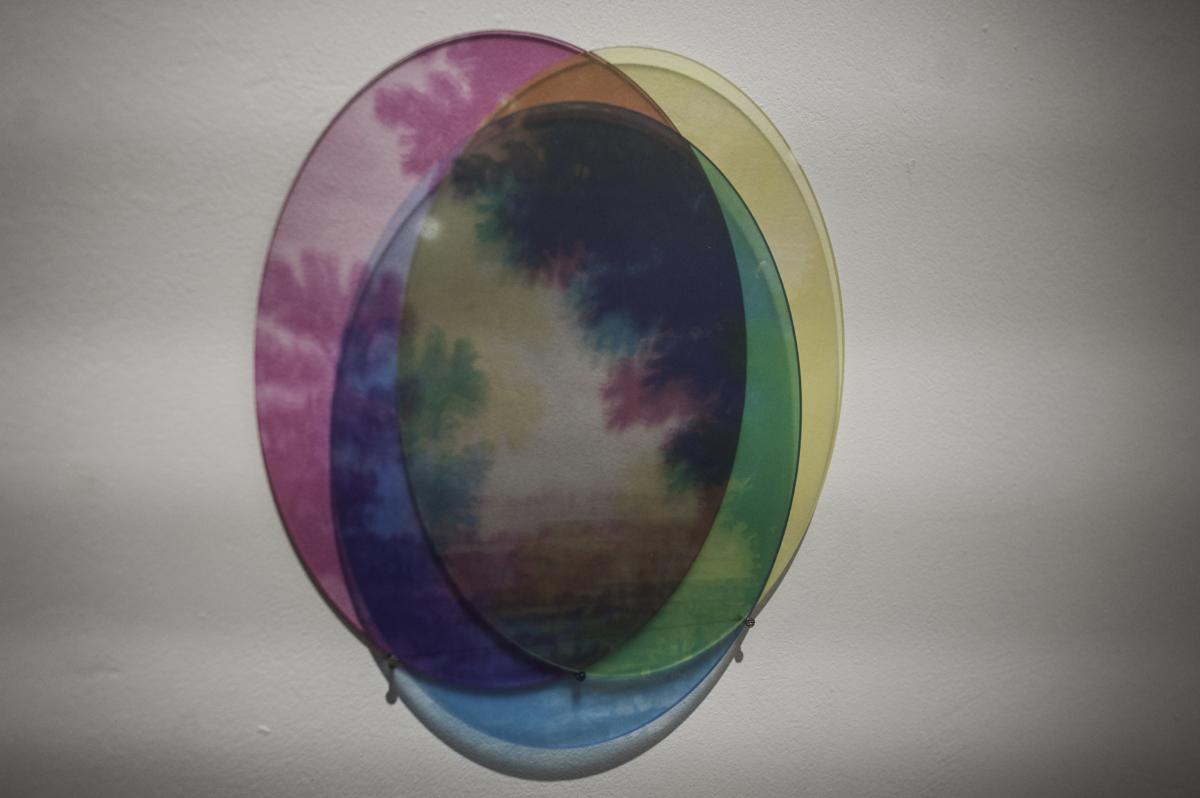 How do the works you chose relate to aforementioned six ideas? And which are the most important for you?

The final selection ended up with a bit less than twenty artists. I never planned to unfold the exhibition and group artists following Calvino’s concepts strictly. I was trying to loosen it up, this way we can find artists who are dealing with more concepts, not just working within one fixed “folder”. What I found interesting was grouping the selected works together and working within the exhibition narrative, its dramaturgy in the gallery space. Some issues popped up very visibly of course and other more vaguely. One of them was landscape, which was present in many works, in different media. We have Magdalena Franczak’s drawing, a Spanish collective working with photography, or Arnaud Caquelard’s conceptual objects and installations. What was interesting was actually what landscape reprsents or means here. It is not only the representation of nature, although it was in the interest of artists reflecting on current environmental issues. The landscape is a space that also relates to memory, history, identities, and borders. Memory and identity were some points of reflection for a variety of artists in the exhibition.

Another important and interesting issue was the artistic production itself: self-consciousness of being an artists, the material labour and materiality of the work of art. The works by Hristina Ivanoska from Macedonia delt with the position of female artists. In her work Untitled (I’m Searching For Myself In History But Cannot Find Myself), she’s dealing with female artistic voices being erased. She works in textile and text. There is one work that was a direct response to Calvino, Laura Robertson’s text-based work. It’s a wall drawing with text and what’s interesting is shared authorship. In every location she invites local artists to actually reproduce or interpret her work. She’s also a writer, and in her creative writing, she’s giving a writer’s take on Calvino and ends up with sentences that work as proposals or calls to action.

Are these concepts treated more as a universal ideas or points of departure to deal with current political issues?

I think it’s a take on both. It’s an attempt to talk about universal issues the way Calvino did, but it is thirty years after his writing’s been published and things have changed. Maybe I expected a bit more political sharpness in the works, but in the end, the criticality was performed by artists in a different, more subtle and poetic way. 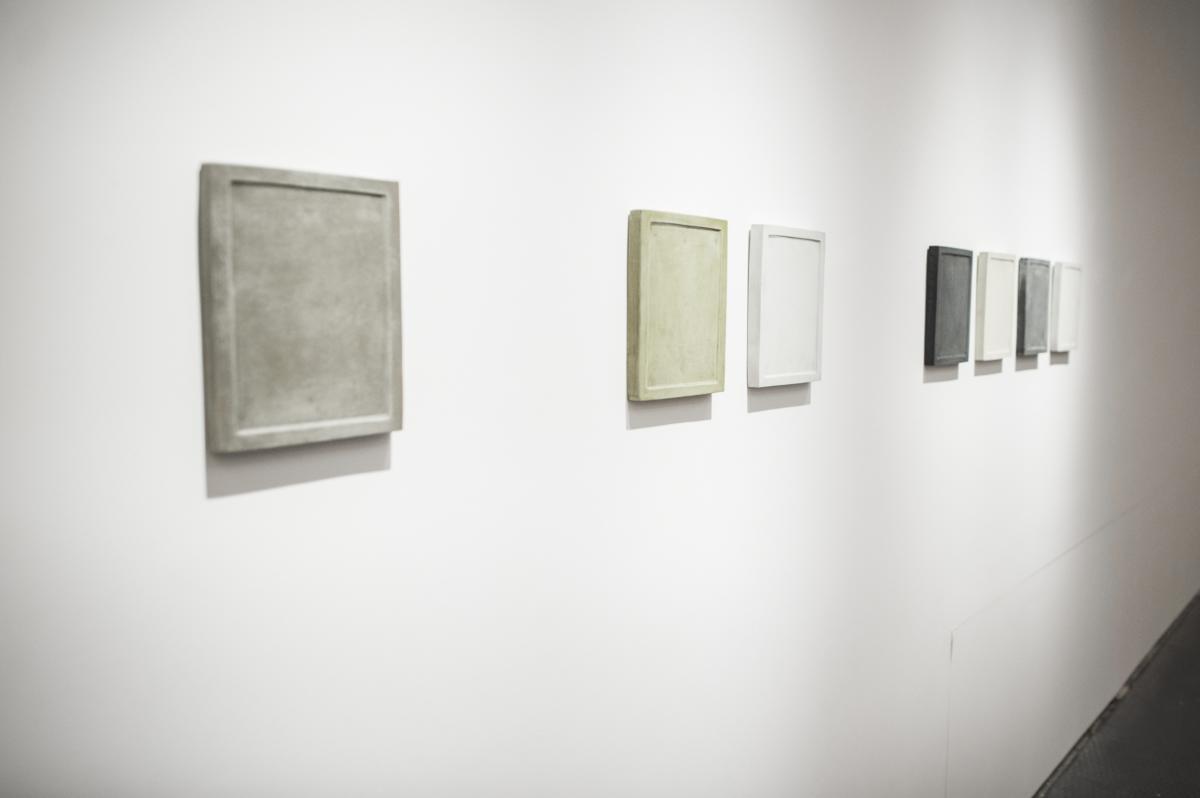 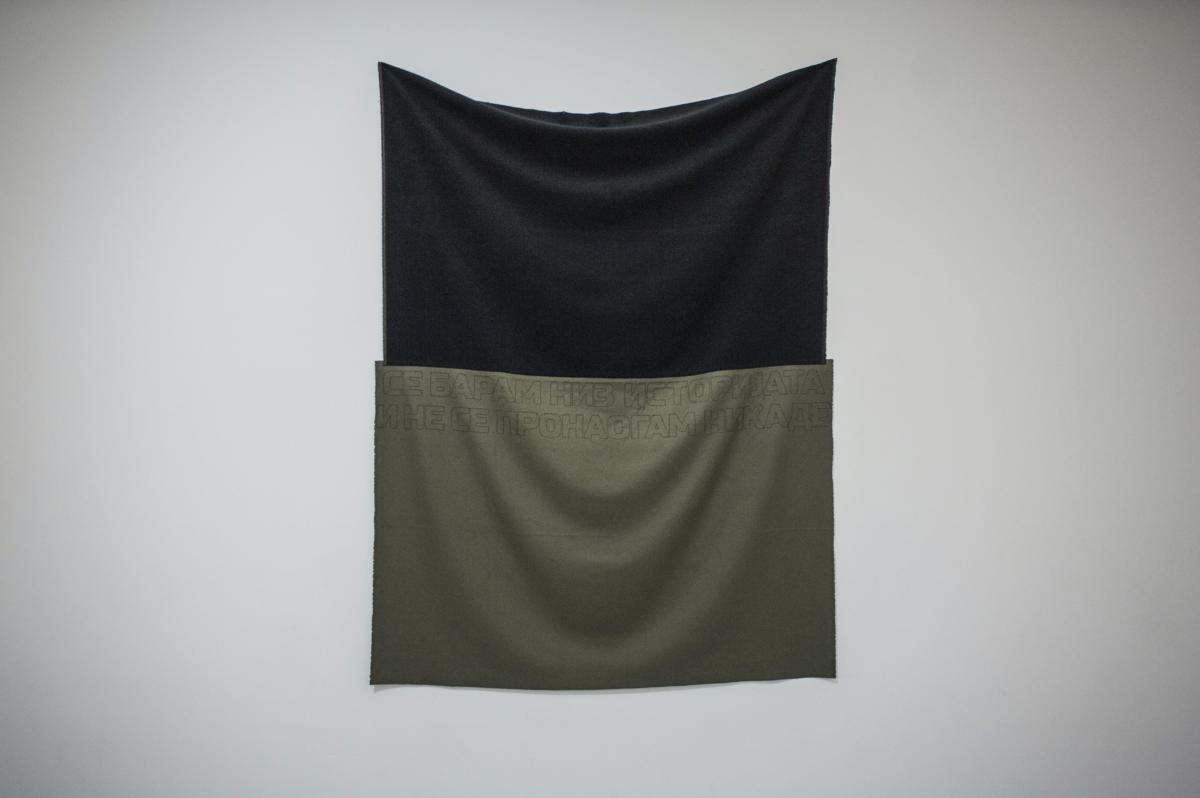 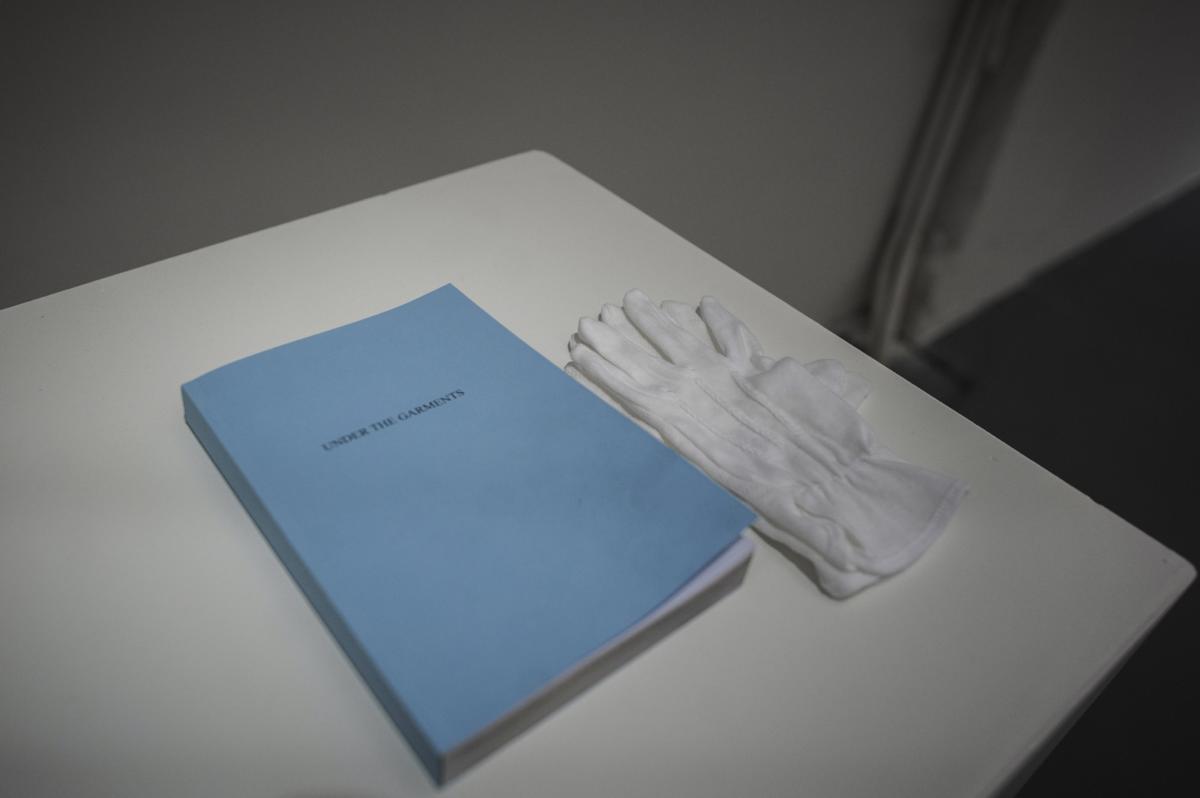 There will be couple of installments of the show?

The first exhibition was in Valladolid in Spain, now in Lublin there is the second one, and the last one will open in Liverpool in January.

Is it related to the specific place each time?

Yes, I always have in mind that the space and context are not neutral. It’s not always easy to do it when you have a fixed structure as a travelling exhibition, but I try to set up the works so they could respond in some site-specific way. I think it gives the whole exhibition and specific artworks a new take on each space, different actualizations, which makes the audience more engaged in ideas that are discussed.

Is this mobility of the work important for your practice? You also curated a Trigon, a travelling conference.

Mobility is very important. The project you are mentioning was a research project and a conference researching the origins of international mobility and cultural exchange in former Yugoslavia since 1960s with Trigon as a case study. The travelling conference was based on a heritage of this three-country biennial. Trigon was a biennial which took place in Graz, Austria, organized in collaboration to connect, exchange and exhibit artists from Yugoslavia, Italy and Austria. With the breakup of Yugoslavia the biennial ended and the political space was shattered.