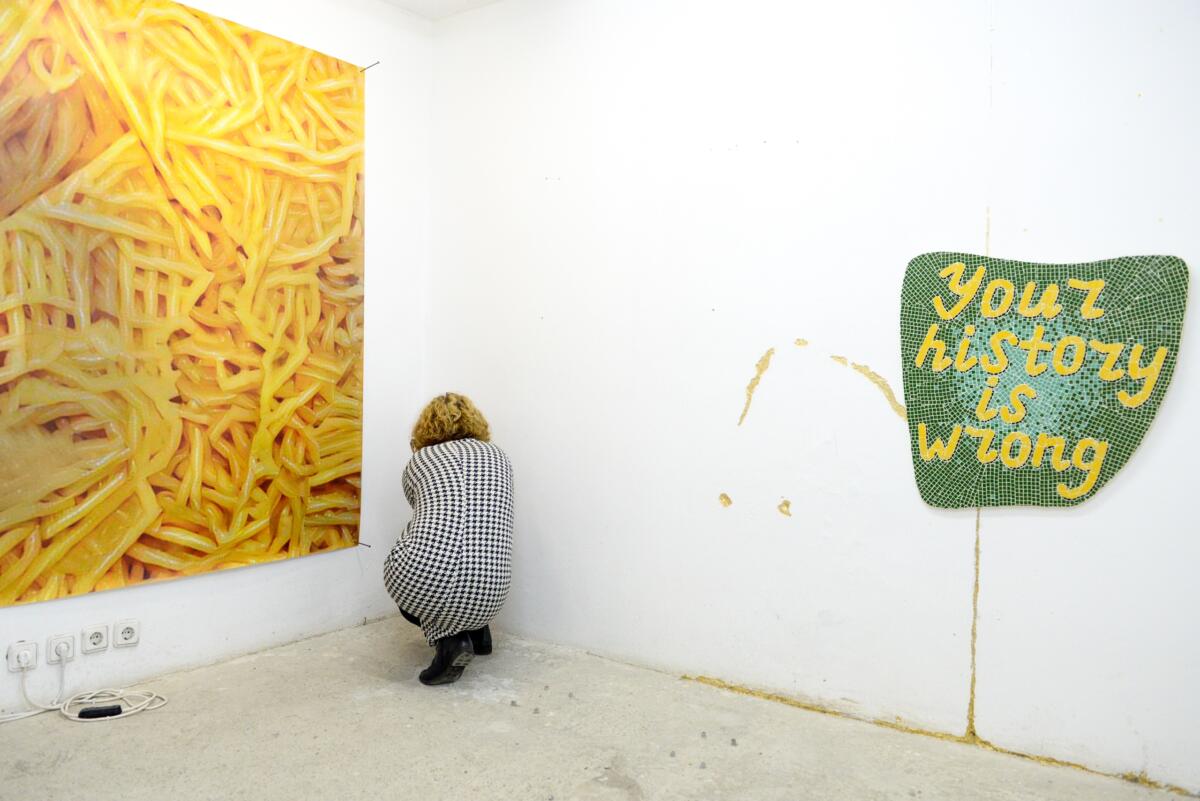 MATCA artspace is an artist-run space managed by three local artists (Alexandru Muraru, Matei Toșa  and Alexandra Mocan) that emerged in Cluj-Napoca at the beginning of 2017. Since then it has been  following a mindset of shaping its know-how along with its collaborations, most of them being presented in the form of group shows. Underlying the necessity of being in touch with the conscious  form of artistic practice and research, the space is coagulating its purposes by drawing a thin border  between aesthetics and content, usually choosing to bring out raw forms of expression. The space is  meant as a tool for research into local (or nearby) contemporary art, in order to establish connections  with minds that have something relevant to say about the world. Wishing to step more off the walls,  MATCA prioritizes alternative forms of expression which mix mediums outside the canvas/frame, not as a form of denying traditional practices, but as a form of getting out of the comfort zone and being open to experimentation and various ways of shaping meaning. Set up to be a welcoming environment, MATCA`s aim is to fuse what could be meant under the terms of emergent and established into parallel, non-hierarchical dialogues, where the position and the role of the artist in society could be debated. As a former garage/leather crafts workspace, it maintains its undisguised atmosphere and rough vibe that invites artists and thinkers to relate to it in their projects. 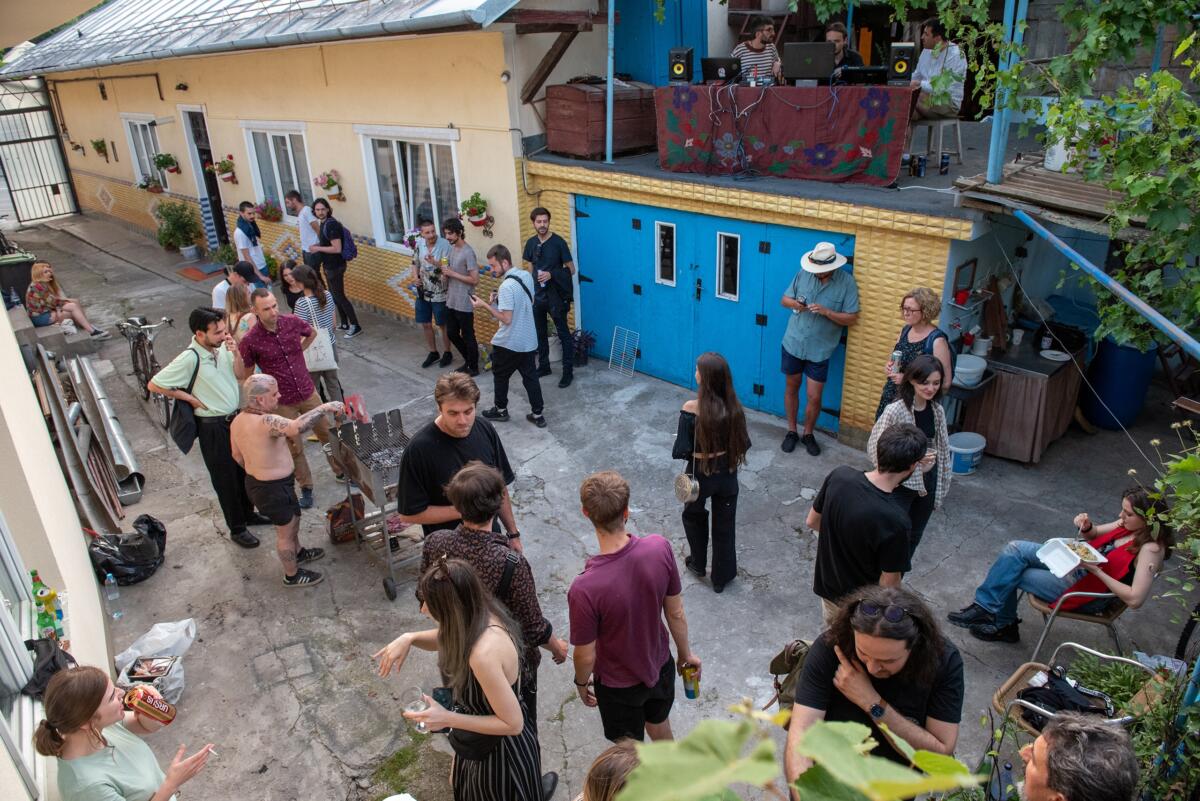 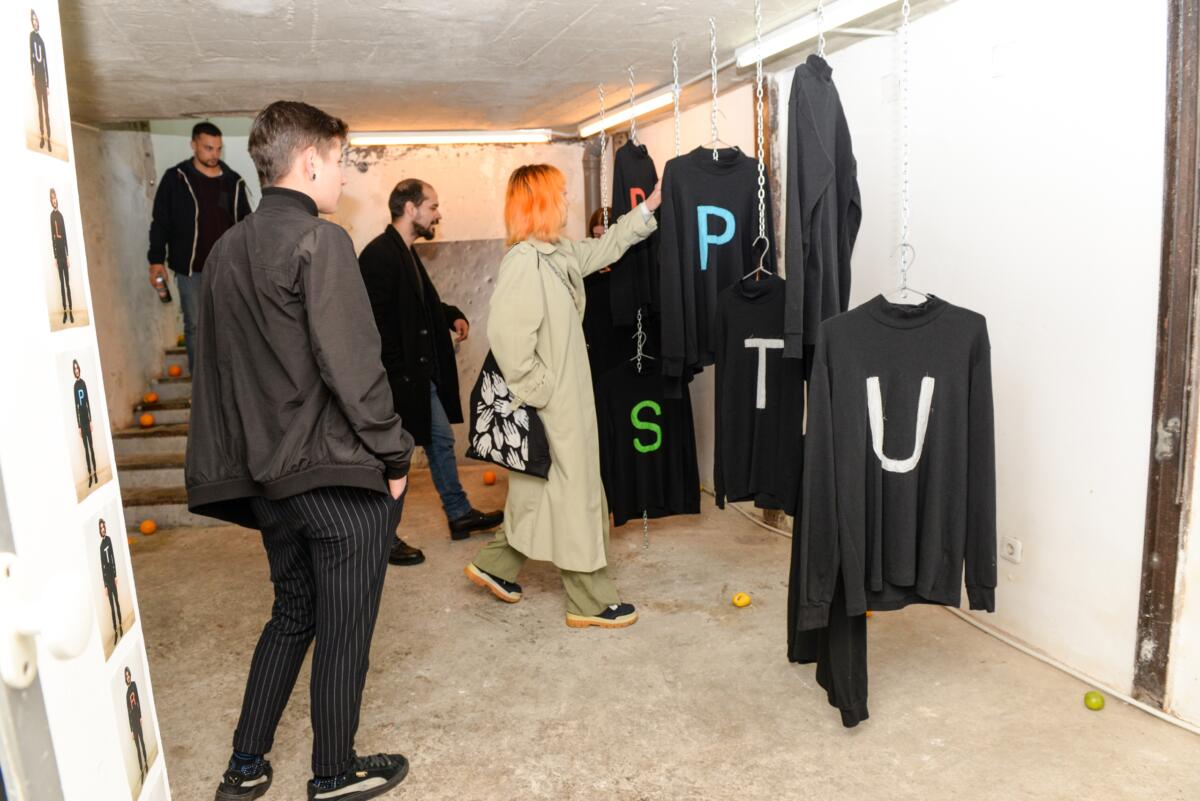 It was not an idea at first, it just happened. The first and second time we wanted to make some pop-up  shows, without any intention of continuing. We had zero perspectives about this and no money – but a  lot of curiosity and energy to invest. And then we felt somehow that it was relevant to continue, and just  went with the flow, and here we are, after almost five years – thinking that it was a good idea to keep  on doing it.

Our strong bond – it seems that together we can cross very difficult situations. And as well, the company  and dedication of the artists we work with, who always understand our possibilities, mindset, schedule,  and limits.

There are always limits. We think that the best things that we manage to do are pressured by limits  (fortunately or not).

It is amazing how many things we need, and despite not having them, we can still continue our activity  (but we don`t think that it is a good idea to say this out loud, as there`s always a risk of not being taken  seriously for your needs.). Let’s just say that some more engaged policies supporting the independent art scene would be awesome, as sometimes we might fall and feel that all the effort that goes in will still require a part-time job in order to be able to do the desired job at MATCA.

A space for which it is understood that we might not always be able to pay the rent, and sometimes we are even excused from it. We try to take advantage of this and come up with as many shows as  possible in order to respect this privilege.

It ranges between our many (and always changing) ways of defining sustainability, which always depends on a lot of details (funds or lack of funds, if we can bring artists from other cities or countries, if we  can afford the shipping or not, if we have enough time for all the things that have to be done before the opening, if we have the possibility to renovate the space between shows or not, etc). But we make our  efforts to transform the meaning of this term into something that is more constant, or at least to find its  middle grounds.

Sometimes it fits more than 30 exhibited artists at once and it does not even seem crowded.

Also for the local cultural landscape, we believe that it is something necessary, as there are not many active art spaces in Cluj.

Whatever it might be, but not related to bees (As MATCA, besides some other things, means also `the  queen of the hive` in Romanian).

If the works we select fit through the entrance door.

The experience counts. If it touches you, then it’s physical, no matter what form, shape or place it has.

`Enough` would probably kill it. We`re trying to become better and better, but `not being enough yet` is  what drives us to do so. 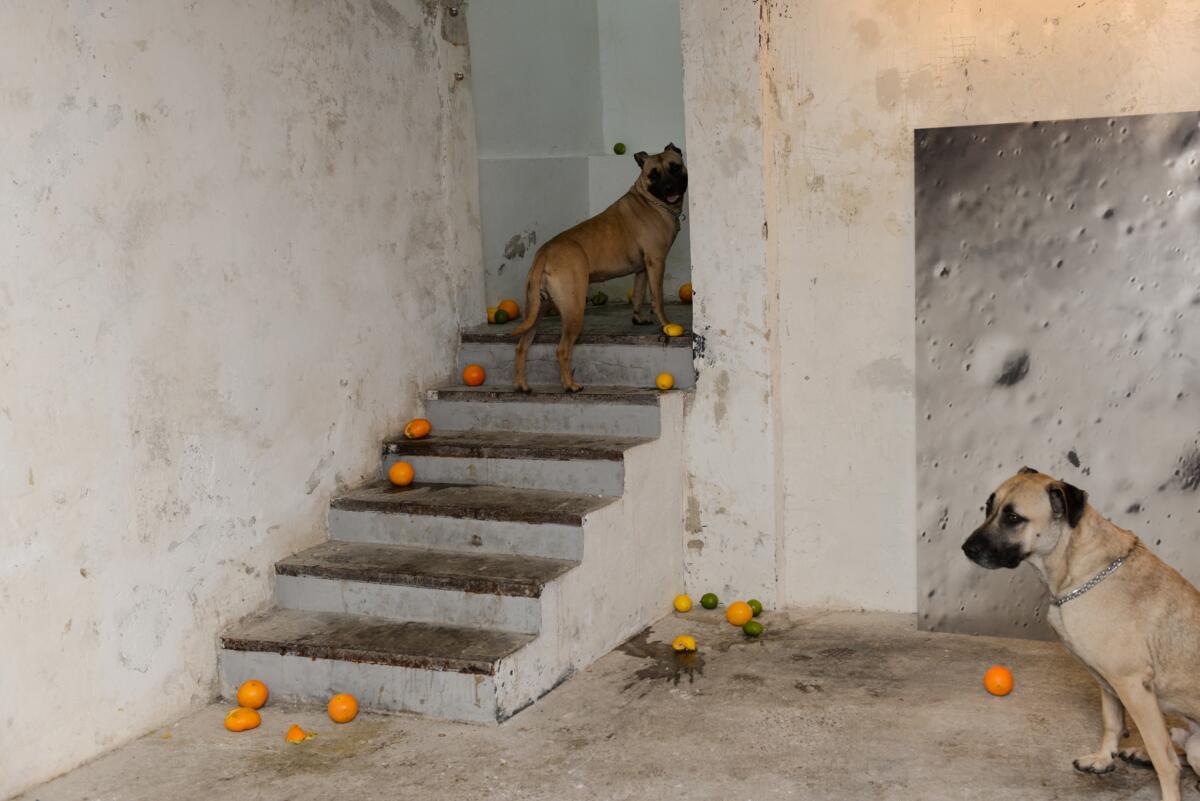 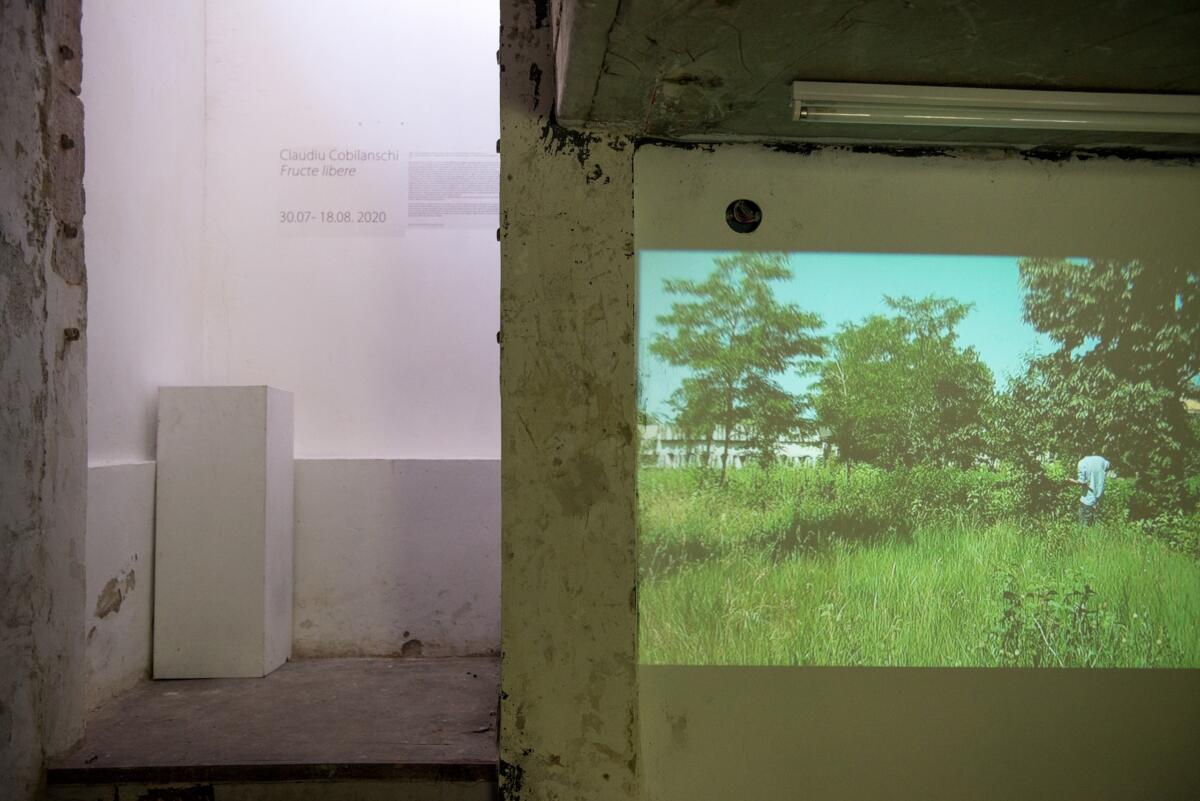 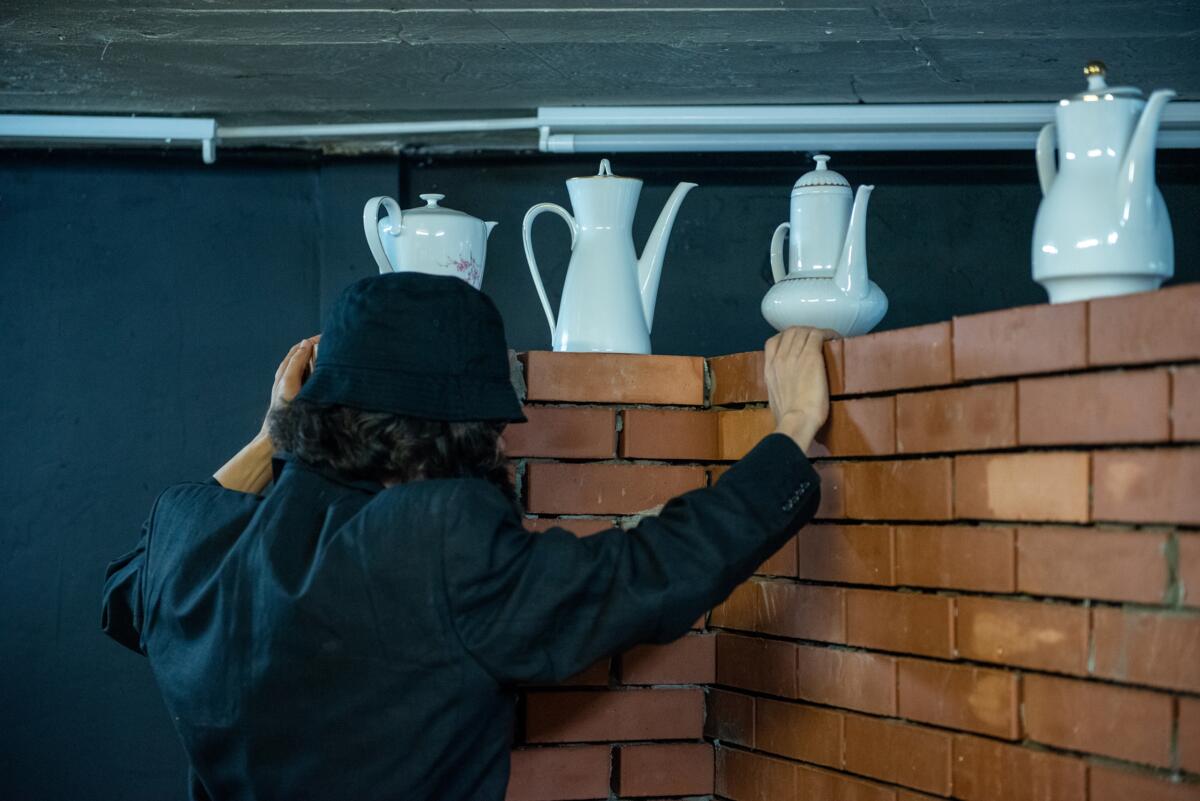 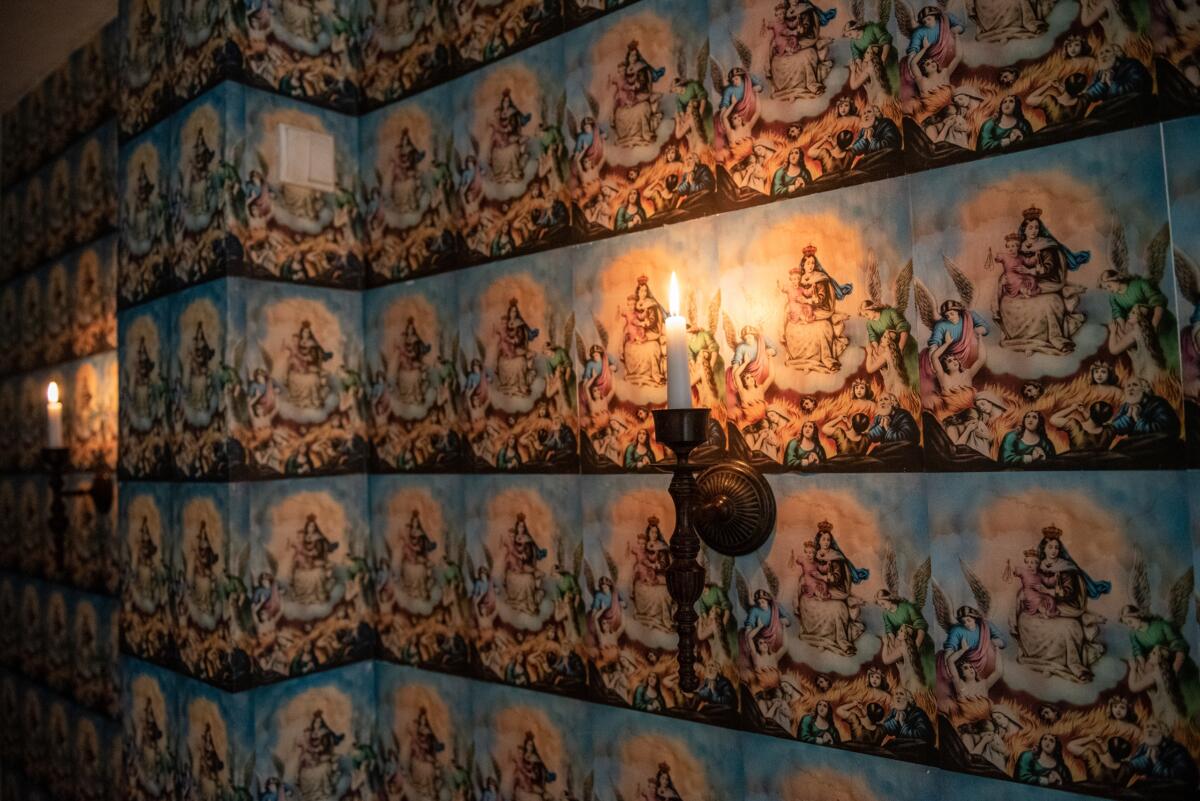 To be more site-specific, 2021, exhibition views 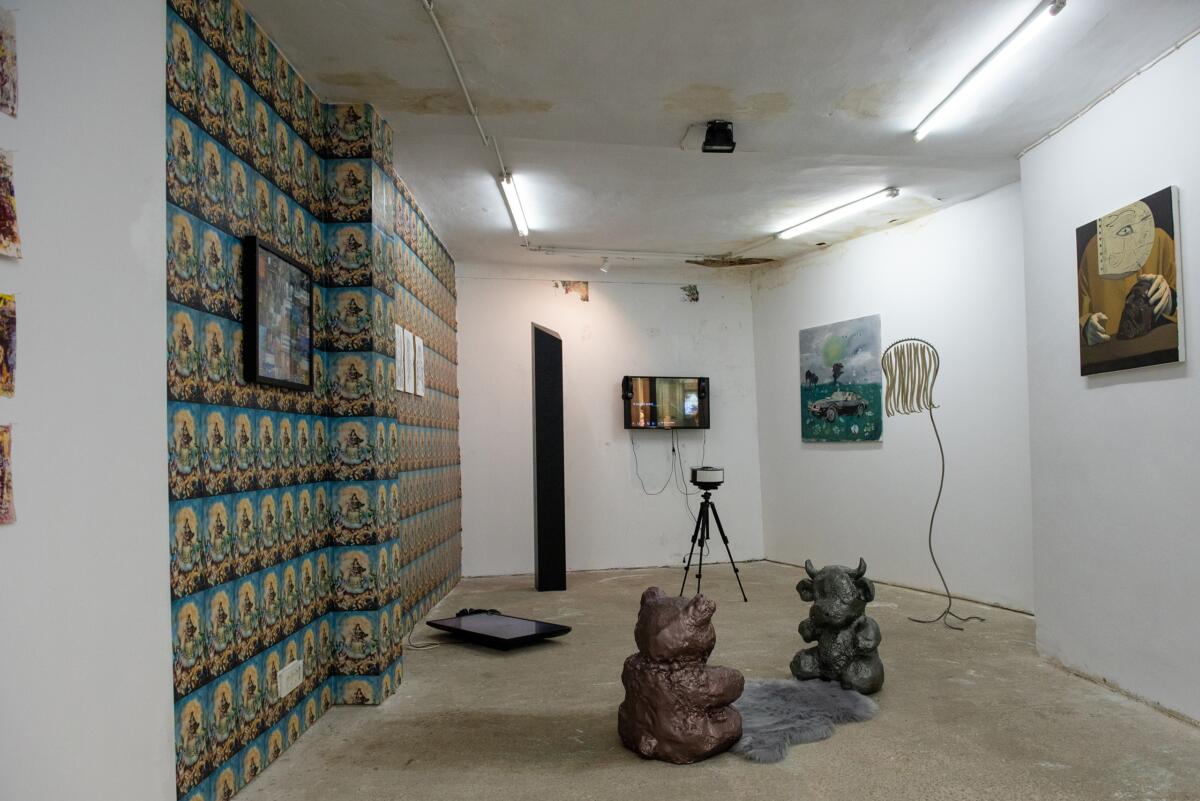 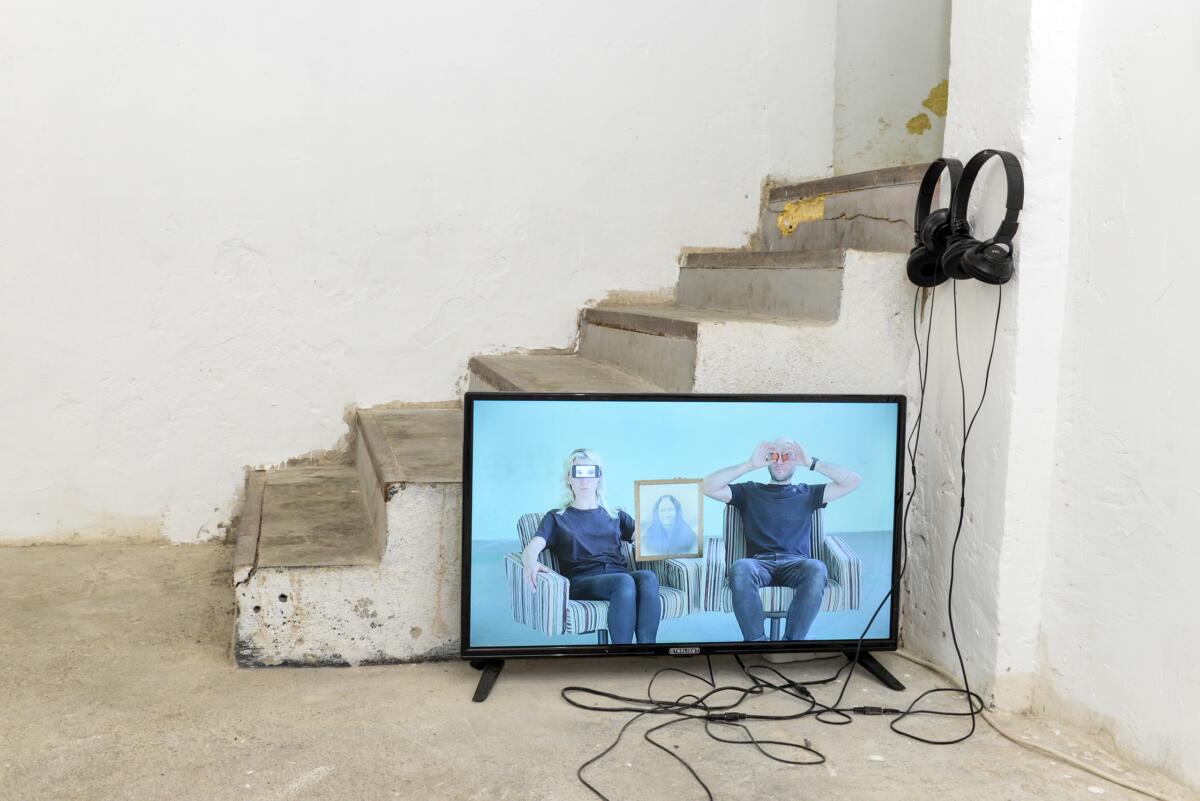 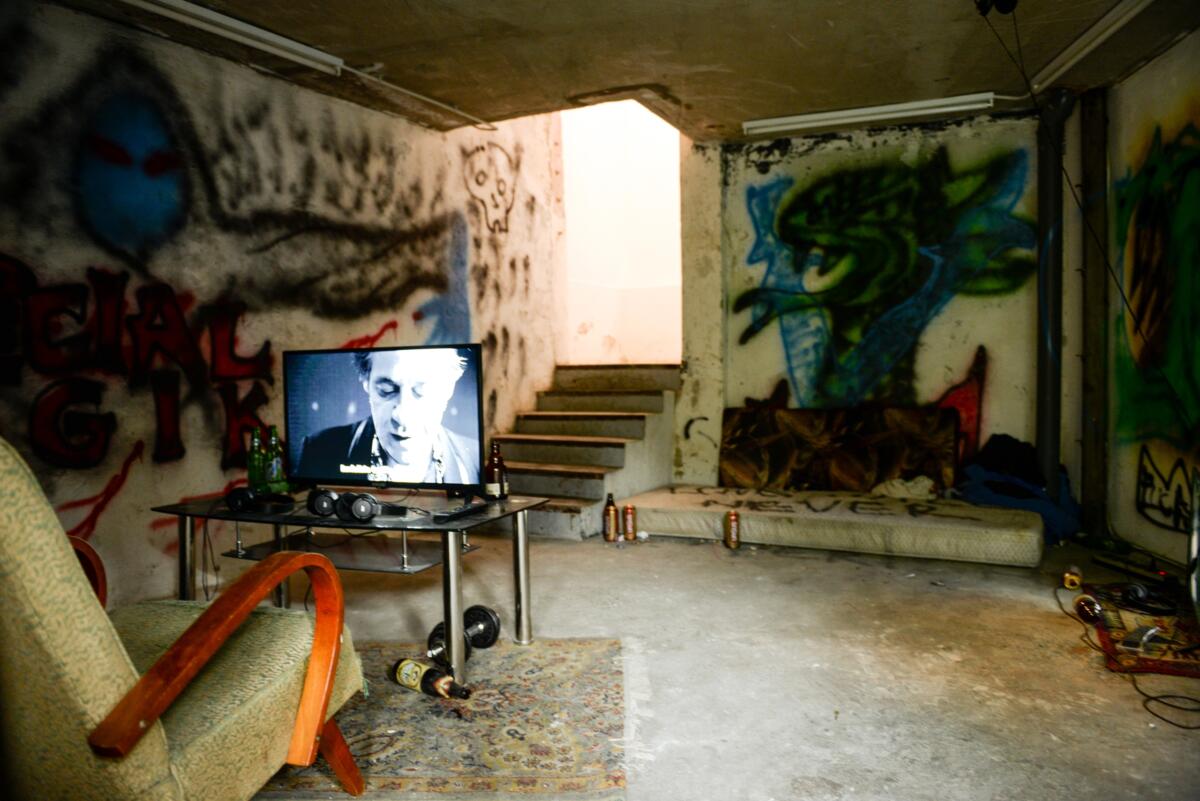 Back to something, 2020, solo show Miron Zownir 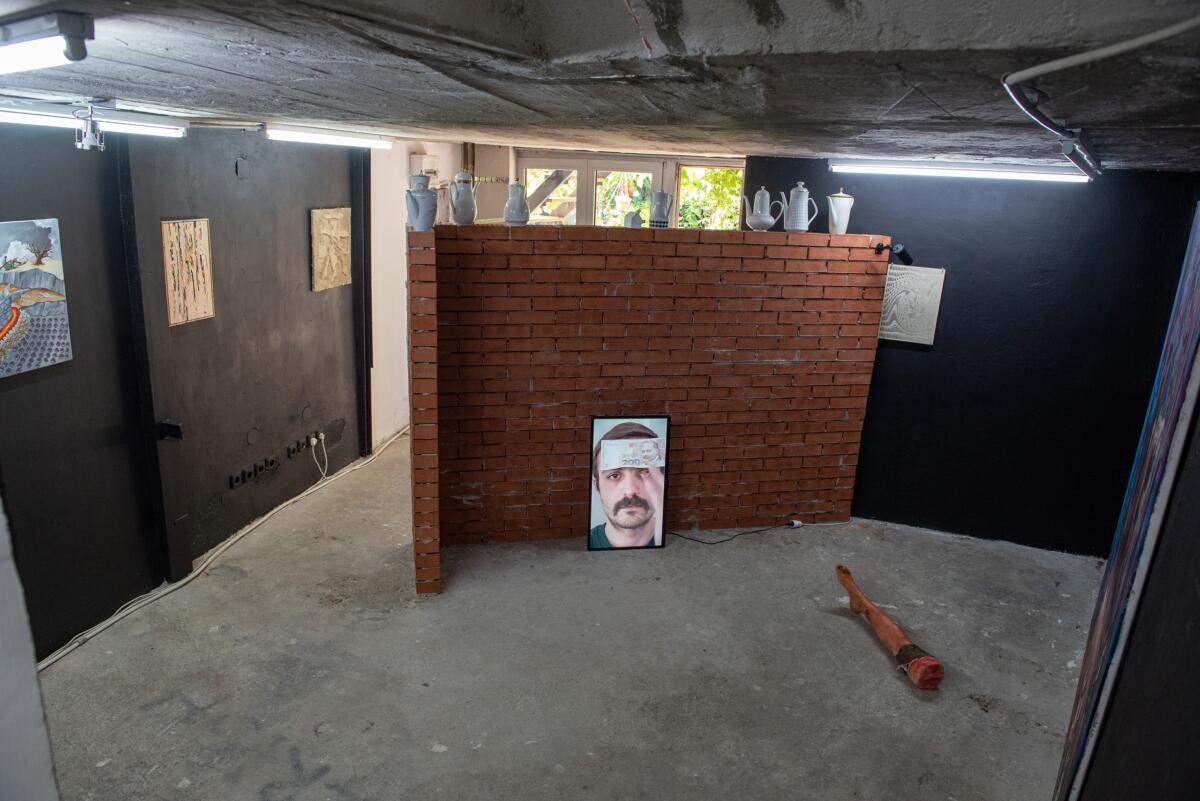 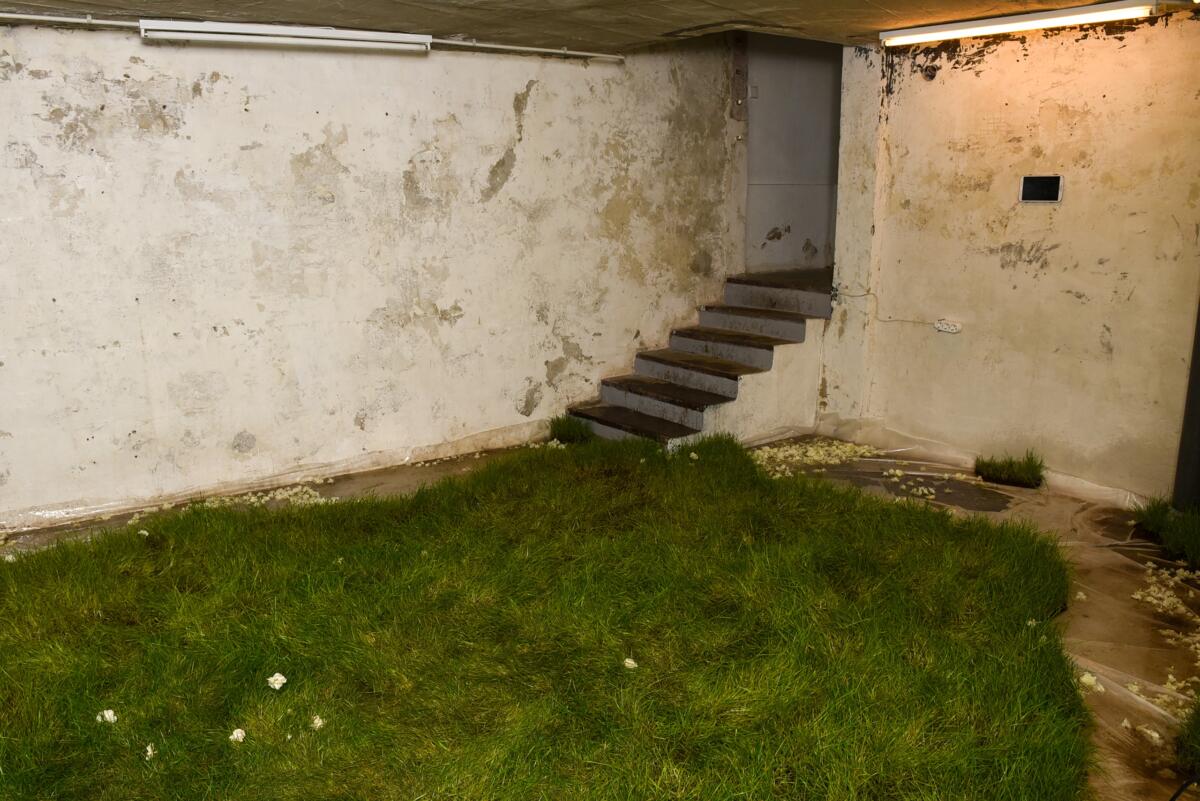 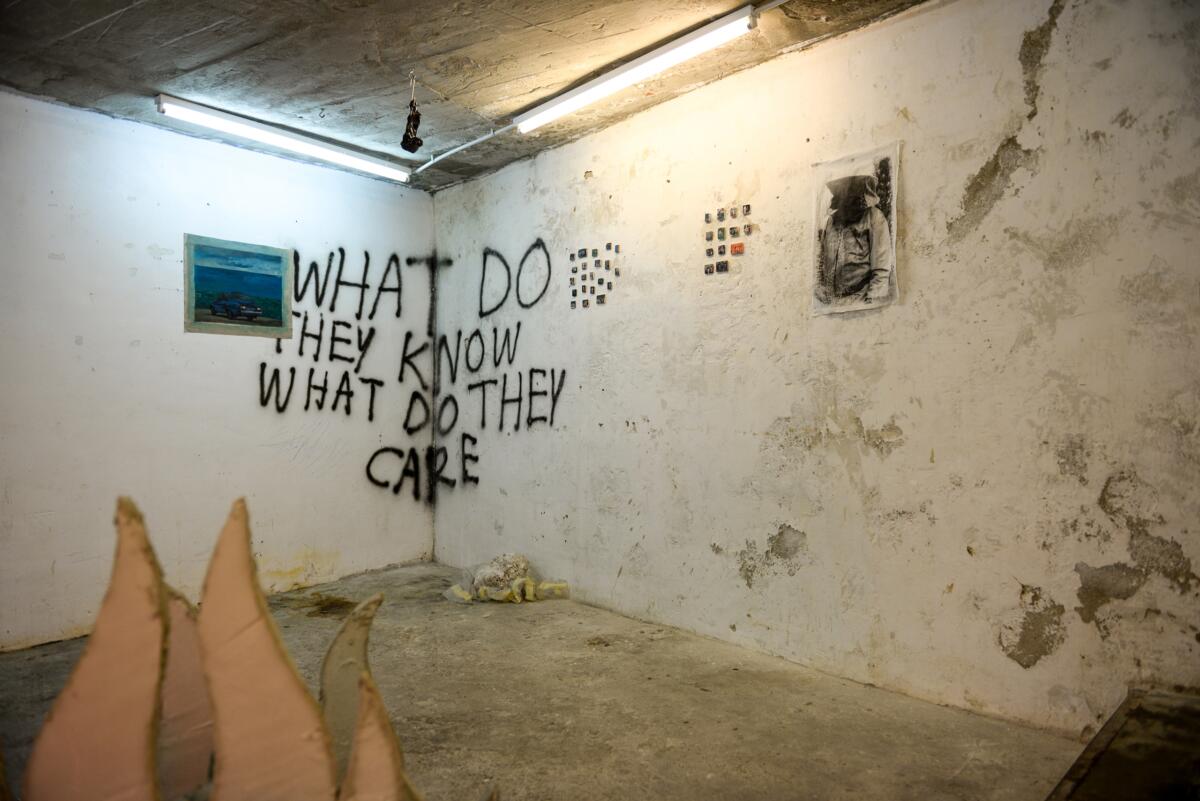 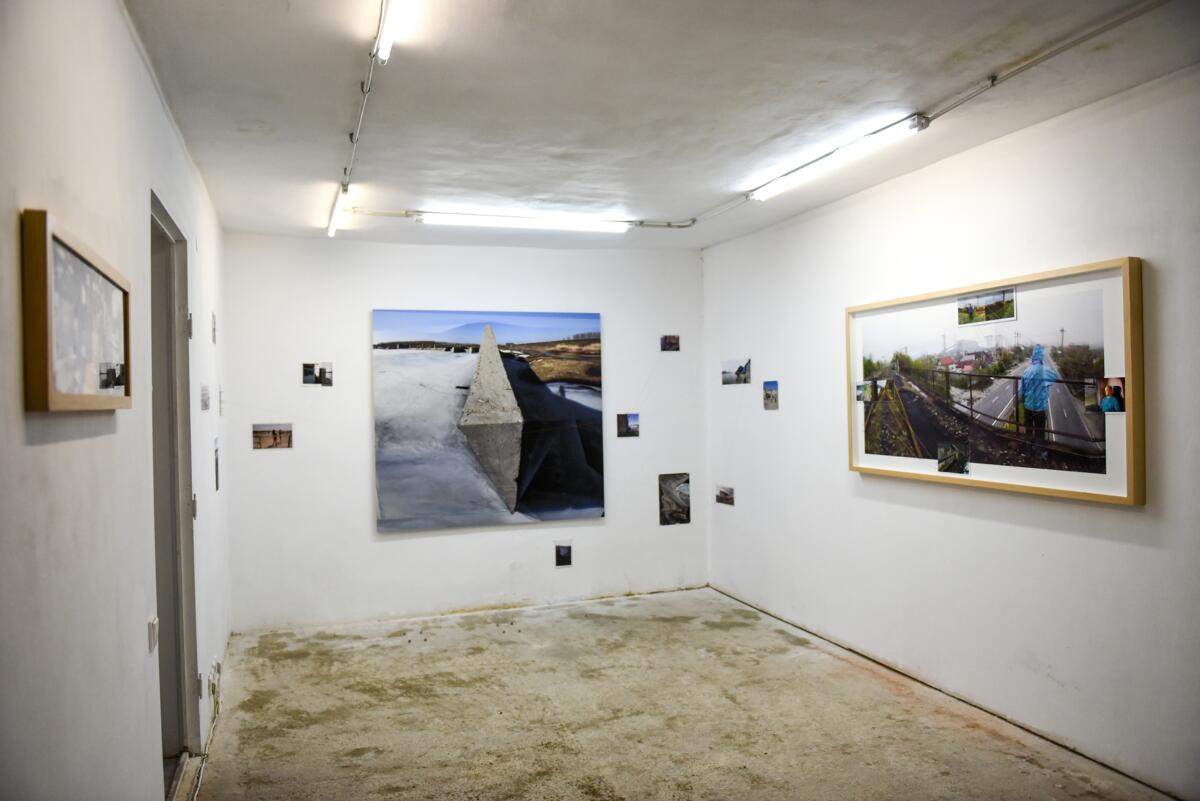