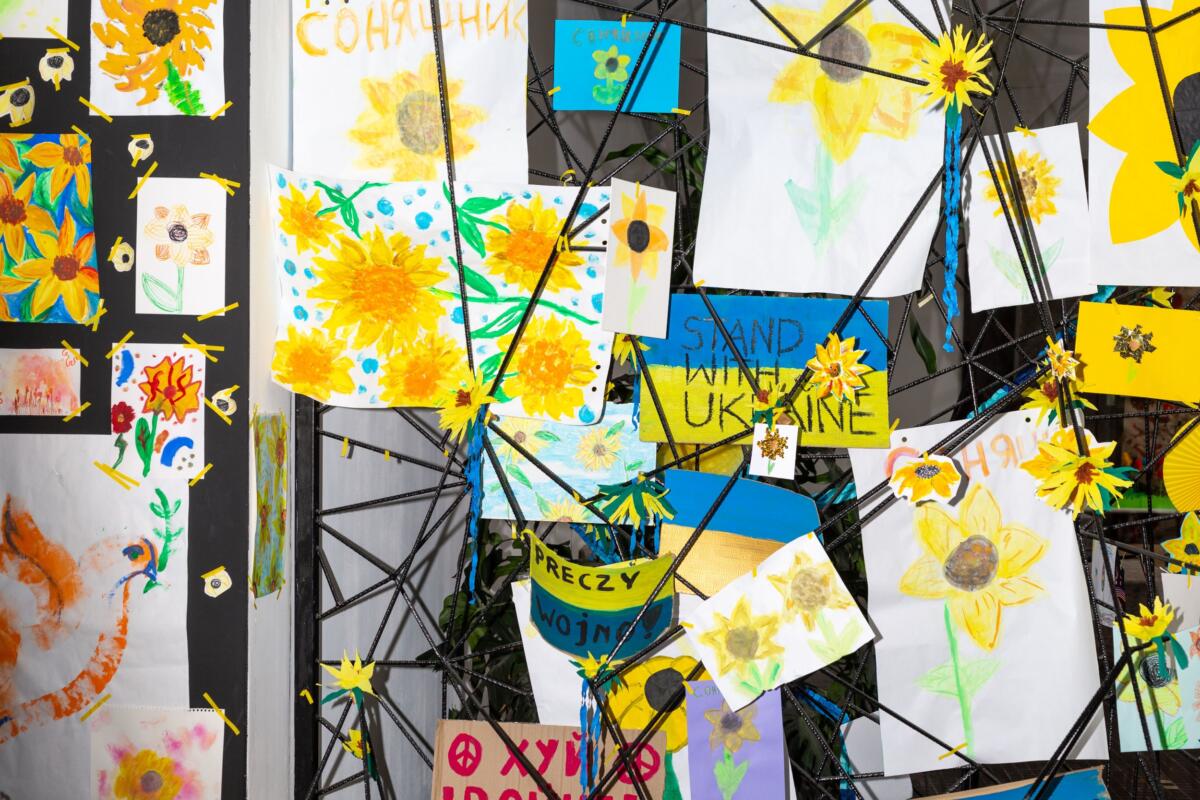 July 2022 marks the second anniversary of BLOK Magazine’s Off-Space Q+A column, a platform devoted to the independent, artist-run spaces and projects, or otherwise difficult to define initiatives that exist across East and Central Europe. Over the course of these past two years, the lines have become more and more blurred as to what we cover but in the end, the classification doesn’t really matter all that much. What is more important is highlighting the critical role that these elusive/evasive/expansive ideas and projects and actions play in the rhizome that is the contemporary art world.

To celebrate this small but mighty milestone, we’ve turned the column over to a collective/center located in Warsaw, initiated and run by artists and cultural workers, structurally supported by the Museum of Modern Art. Solidarny Dom Kultury “Słonecznik” (Sunflower Solidarity Community Center) emerged as a result of the full-scale Russian invasion and subsequent war in/against Ukraine, which began on the early morning of February 24, 2022. Since then, they have provided aid in many forms, and have established a community that reaches far beyond the confines of their walls. [#Off Space Q&A]. 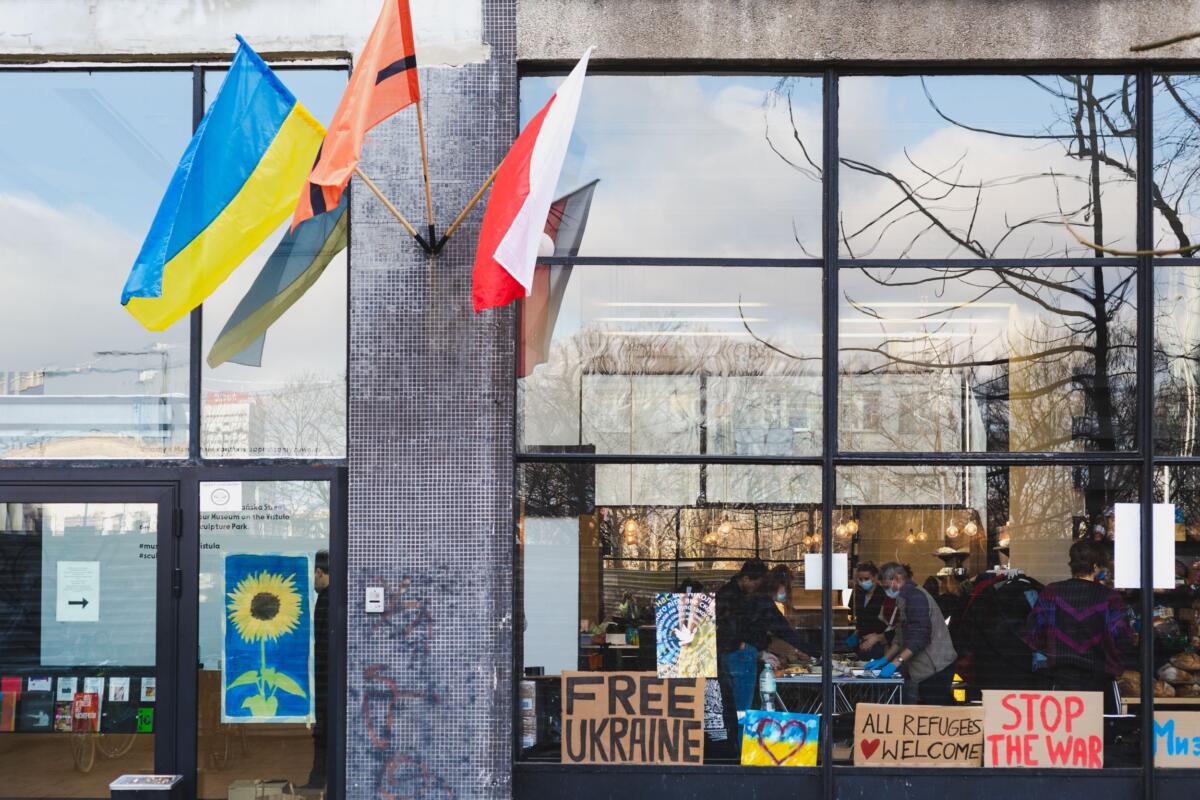 The “Sunflower” Solidarity Community Center was set up as an emergency support initiative during the first days of the Russian invasion of Ukraine, thanks to the ideas and engagement of artists and activists from Poland, Ukraine and Belarus – Blyzkist collective (Taras Gembik and Maria Beburia), Yulia Krivich, Kaja Kusztra, Bądź Foundation, Weronika Wysocka and many other volunteers.

Together with the team of the Museum of Modern Art in Warsaw they have turned the museum’s office space at Pańska street into an autonomous help center for migrants and refugees. From the beginning, our activities have focused on “first aid” – preparing meals and collecting medicines and medical equipment. At the same time, Sunflower is a common space, open for both quick-response actions and longer-term initiatives.

“Sunflower” is visited by people engaged in help and solidarity activities and those who seek a safe space to talk and be together. During the first three weeks of our activities we prepared over 30,000 sandwiches distributed to Warsaw’s railway station; organized the transportation of medicines and medical equipment to the hospital in Chernivtsi and, together with the Nomadic Women Foundation, delivered thousands of hot meals to the Wołoska Crisis Center. We collected money and aid, collectively read Ukrainian poetry, organized spontaneous meetings, discussions, integration activities, workshops and classes for children. The group “Photos for documents” provided free photo services for acquiring legal documents.

Currently, “Sunflower” Solidarity Community Center functions as an open, supportive, multilingual and multicultural space. Together, we learn Ukrainian and Polish languages. We organize workshops for children, educational activities, meetings with artists and activists. We explore Ukrainian culture and art. We share stories, experiences and skills. “Sunflower” is now also home to an international think tank  that researches current information warfare and contemporary geopolitics from the perspective of Eastern Europe, as well as the online publication SONIAKH digest. Together, we wait for better times and support each other, seeking for the answer to the questions of the role of art institutions in the time of war. 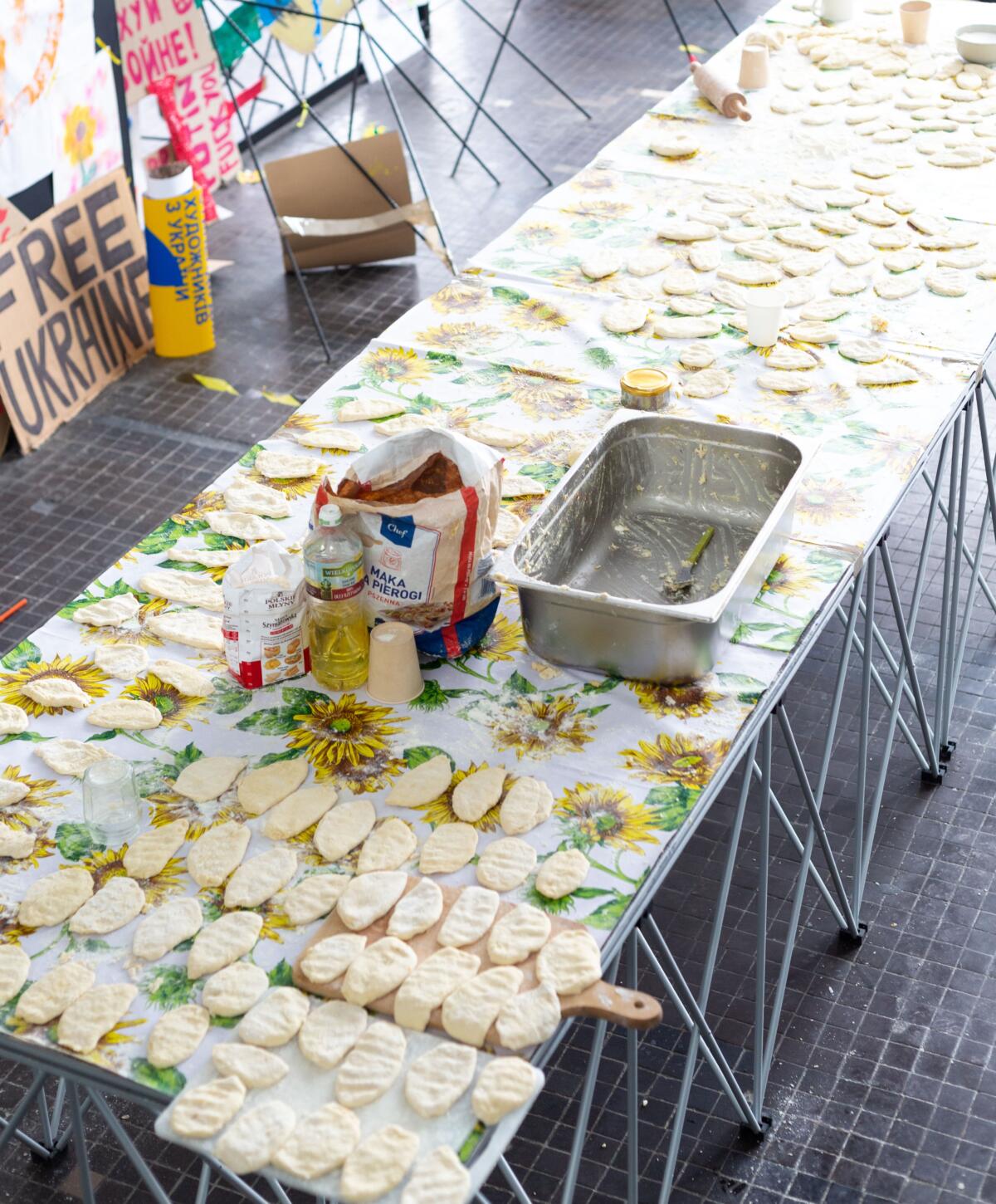 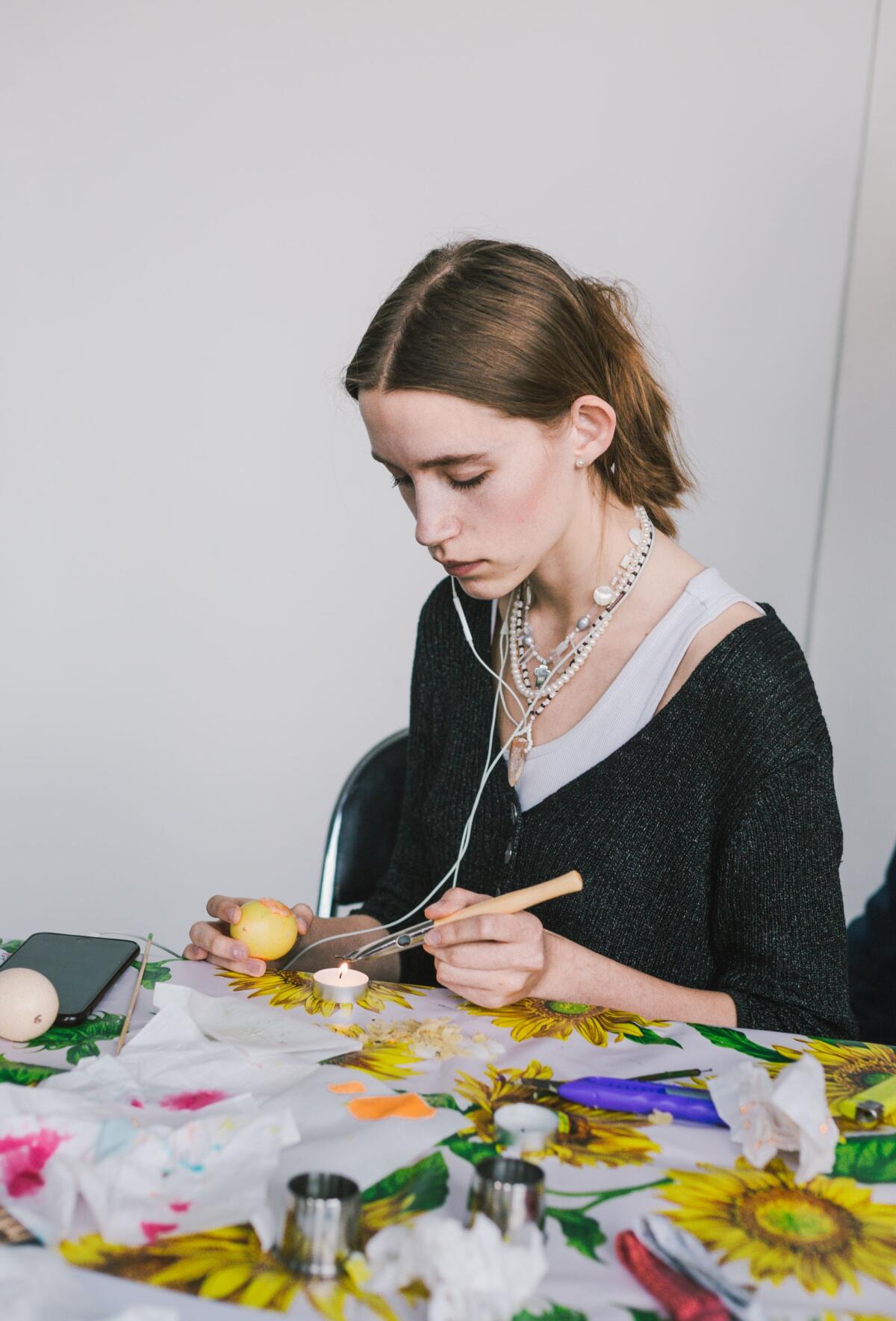 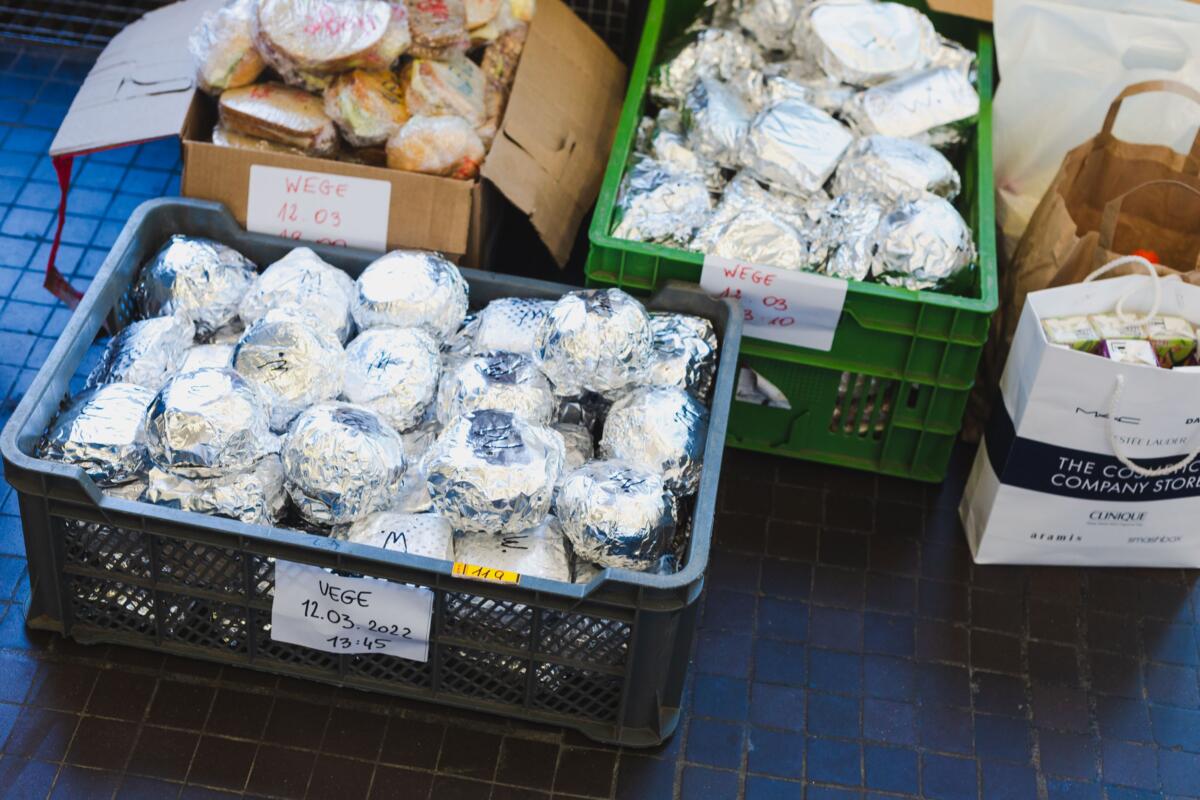 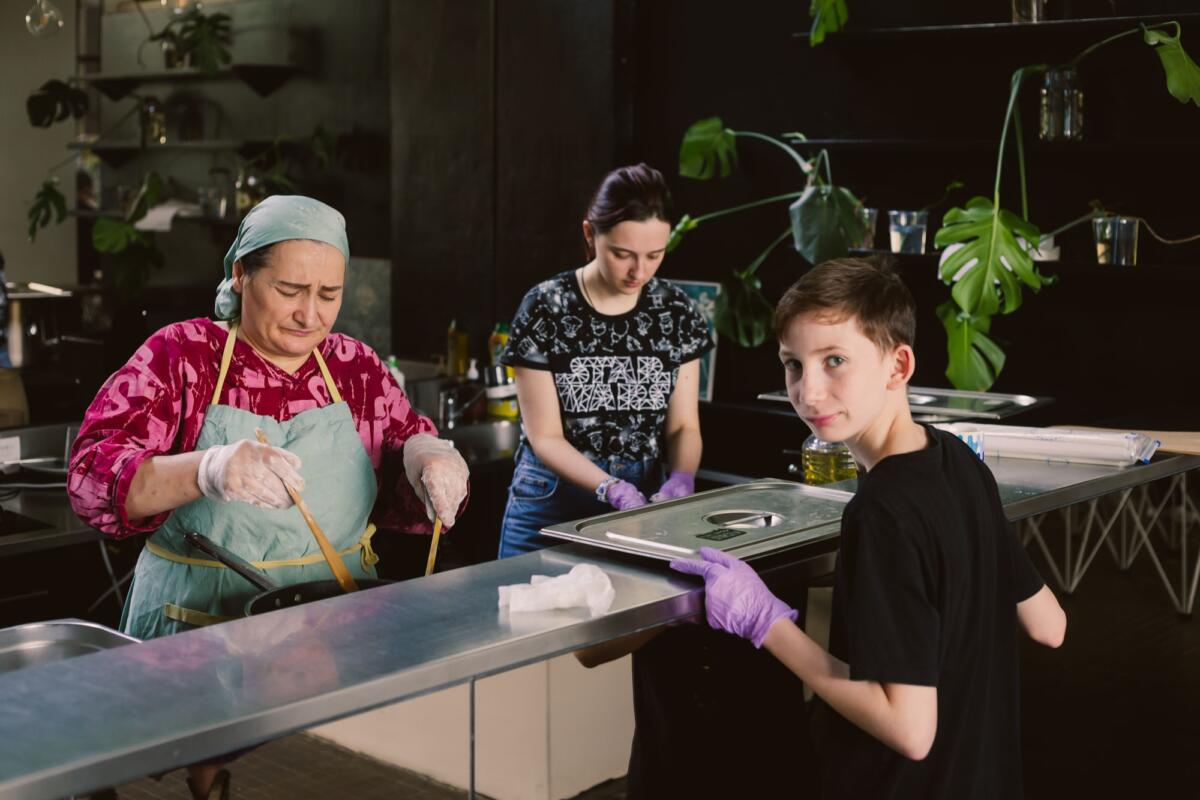 Against War, Empire and Westsplaining

SONIAKH digest is an online publication that amplifies voices and visions from Ukraine and those of Ukraine’s allies and neighbours — by artists, activists, and scholars — in response to Russia’s war of aggression against Ukraine, and its worldwide propaganda machine. It strongly supports Ukrainian statehood and the right of Ukrainians to defend themselves against the Russian colonial invasion.

SONIAKH [eng: SUNFLOWER] digest is named after an act of resistance carried out by an anonymous woman, an inhabitant of Henichesk, Kherson Oblast, southern Ukraine. On 24 February 2022, the first day of Russia’s full-scale invasion of Ukraine, she approached a Russian occupying soldier offering him a handful of sunflower seeds: “Put some seeds in your pocket, so that they will grow on Ukrainian land when you die”.

SONIAKH digest is doubly named. It refers to the process of sublimation and reconstruction, whereby destruction is turned into new life. And it addresses a new age of a multipolar world, in which old, Western-centric paradigms have to be abandoned, unilateral explanations do not work, and grand theories of bygone eras fail to explain the mutating realities on the ground. In this time, new antifascist fronts emerge against multiplying imperialist threats, ushering in the need to defend democracy with whatever means necessary. 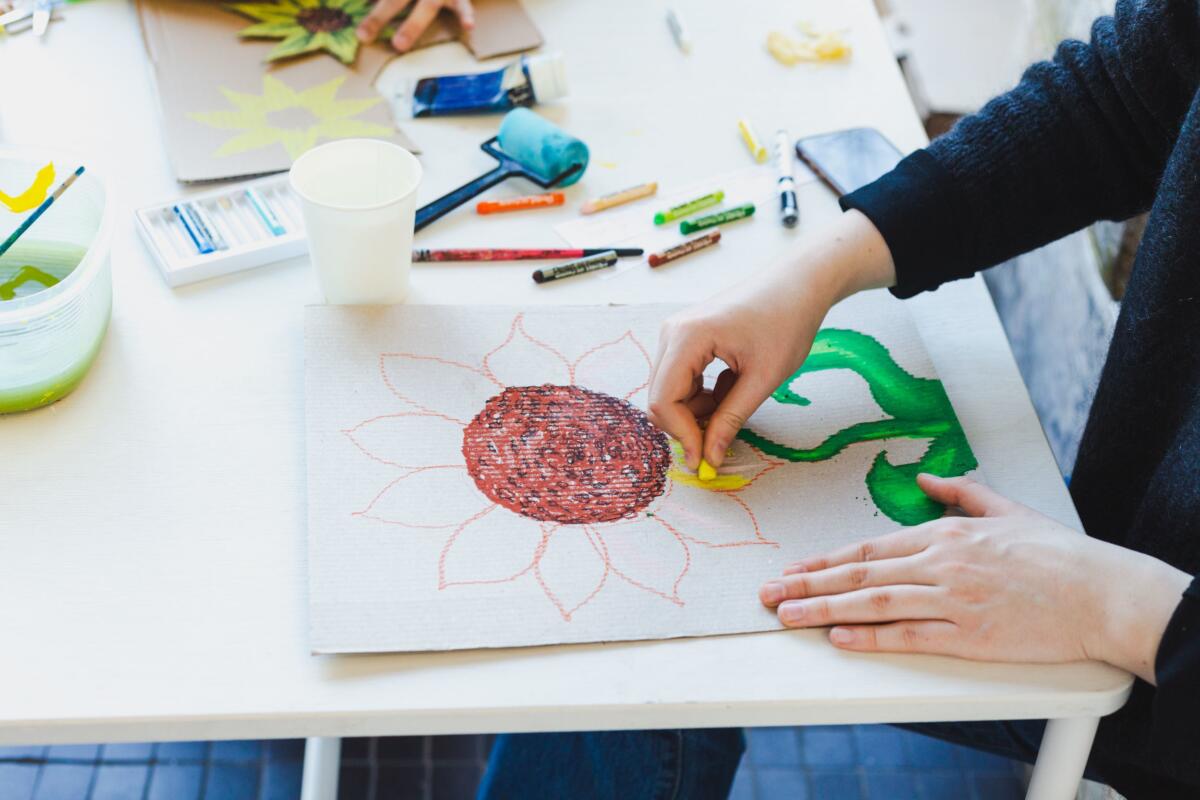 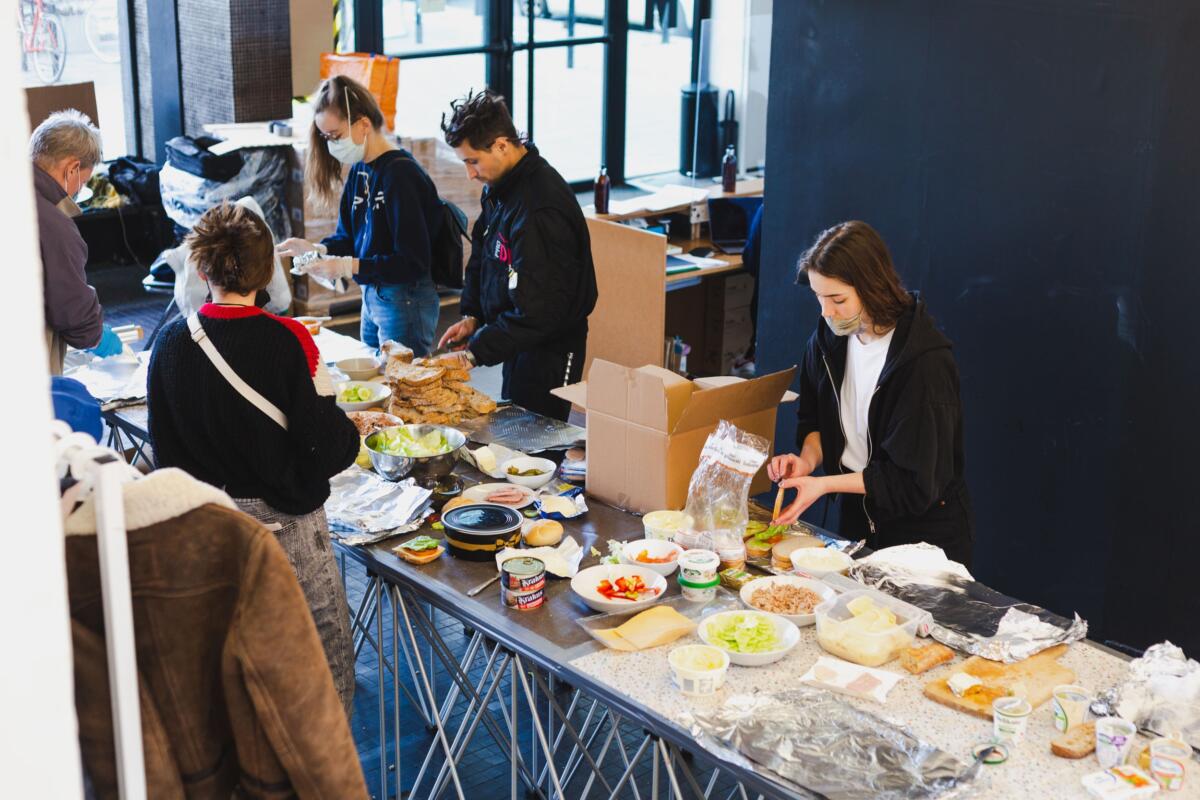 The SONIAKH digest editorial collective comprises artists, curators, journalists, editors, media experts and academics from Ukraine, together with allies united in solidarity with Ukraine. SONIAKH digest is affiliated with the Museum of Modern Art in Warsaw and the Office for Postartistic Services. The online publication and affiliated think tank seeks to counter misinformation, disinformation, negative stereotypes and propaganda that obfuscate, relativise and undermine the efforts of Ukrainians to defend themselves against the Russian colonial invasion. The initiative is embedded in the context of contemporary art, using the artistic medium to enhance strategies of public communication. The curatorial strategy merges a variety of media with academic analysis and journalistic integrity to reach diverse audiences. SONIAKH digest reincarnates and mutates the archaic journalistic tradition of the “digest” as an outlet where information, propaganda, analysis and artistic production are collated, summarized, illustrated and amplified for a general audience. 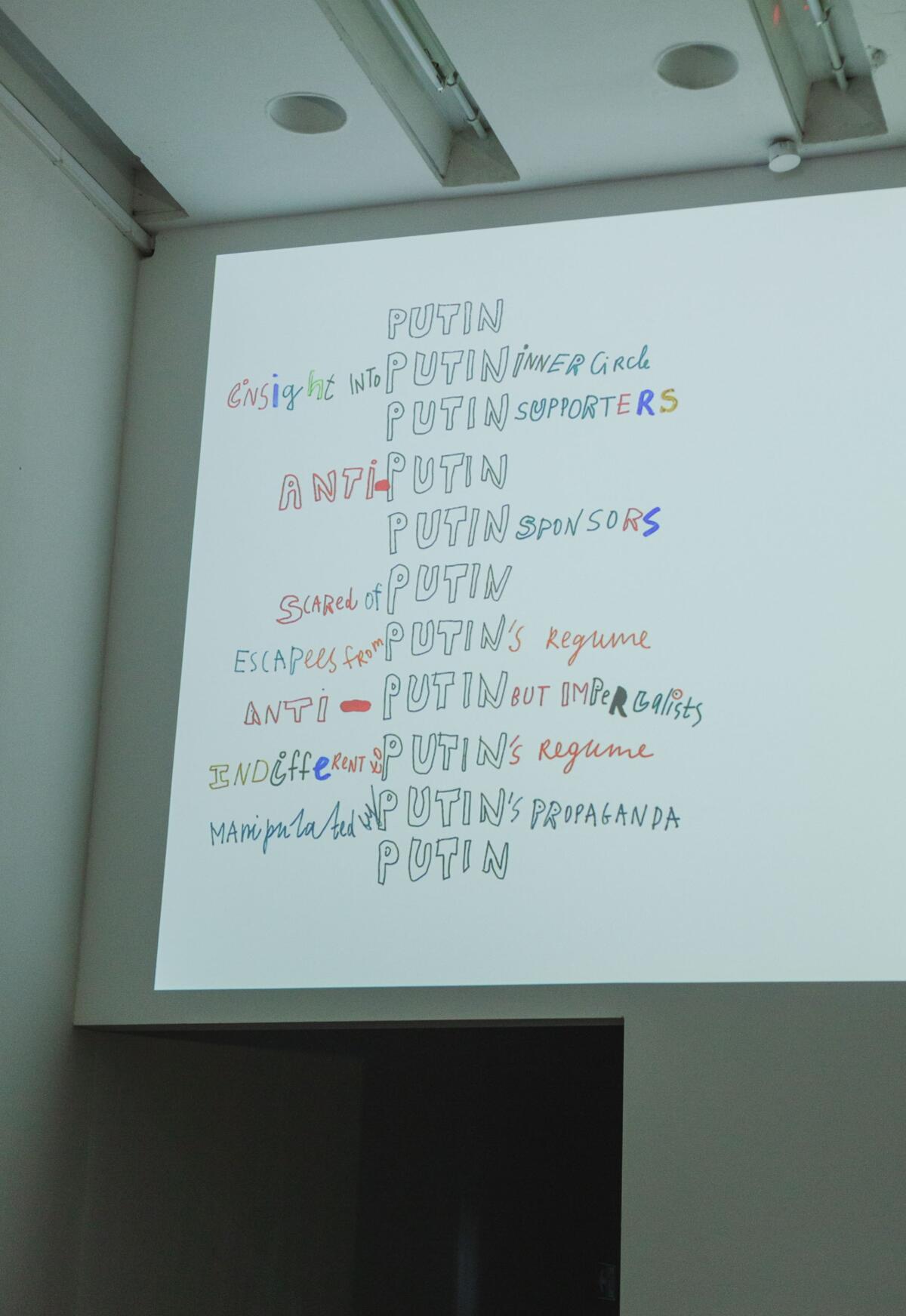 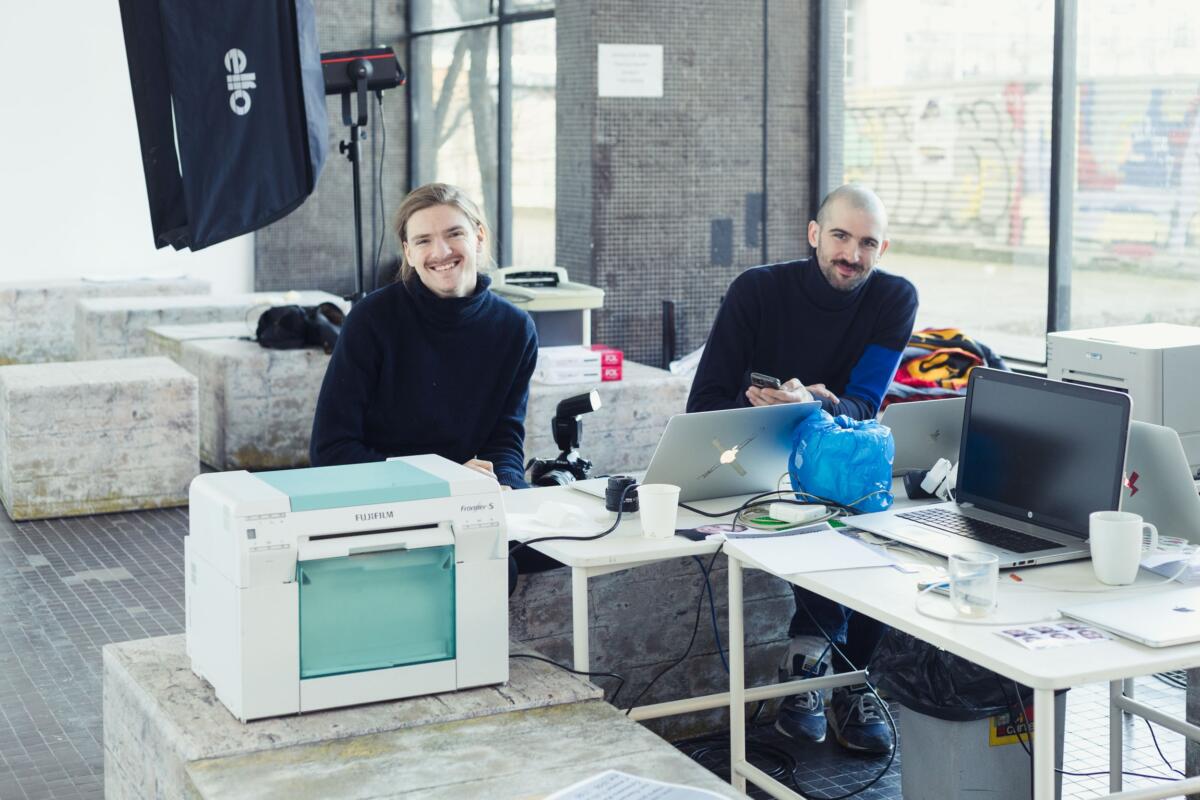 It was more than just a good idea, it was necessary!

We really don’t know how to live without the “Sunflower” right now.

Being and doing things together. Our biggest motivation is not just an abstract idea, but the sense of life and death of our families, friends and loved ones in Ukraine. Being together and helping others makes us feel empowered.

Of course, there are limits to everything, and this is good. What has been given is a promise of unconditional support. What we take is the feeling that we are finally participating in something meaningful.

It’s more sustainable than you think – we do have support structures. But obviously it’s still far from what “sustainability” is actually supposed to mean. Though we are careful and respect each other’s needs and capacities.

The sunflower is the shape, of course.

It’s not about whether it fits. The important thing is that it is like your favorite outfit, the one that makes you feel most yourself.

Future, it’s all about the future.

The seeds that patiently sprout all over the planet. We are growing and we are many.

We actually measure measuring devices – most of them have already become obsolete and we desperately need new ones! Designing a new one is one of our key long-term goals. Physical 110%. No more online Zooms, Meets, cryptos, NFTs etc. PLEASE! If you want to survive, it’s much better to just come to the “Sunflower” Center and make some sandwiches.

Where should we go? Why should we go? In the wise words of one of the “Sunflower” seeds – solidarity is a marathon, not a sprint.

The best you can is good enough – but it’s always easier if you do it together. At the same time, nothing is ever enough, but this is okay. 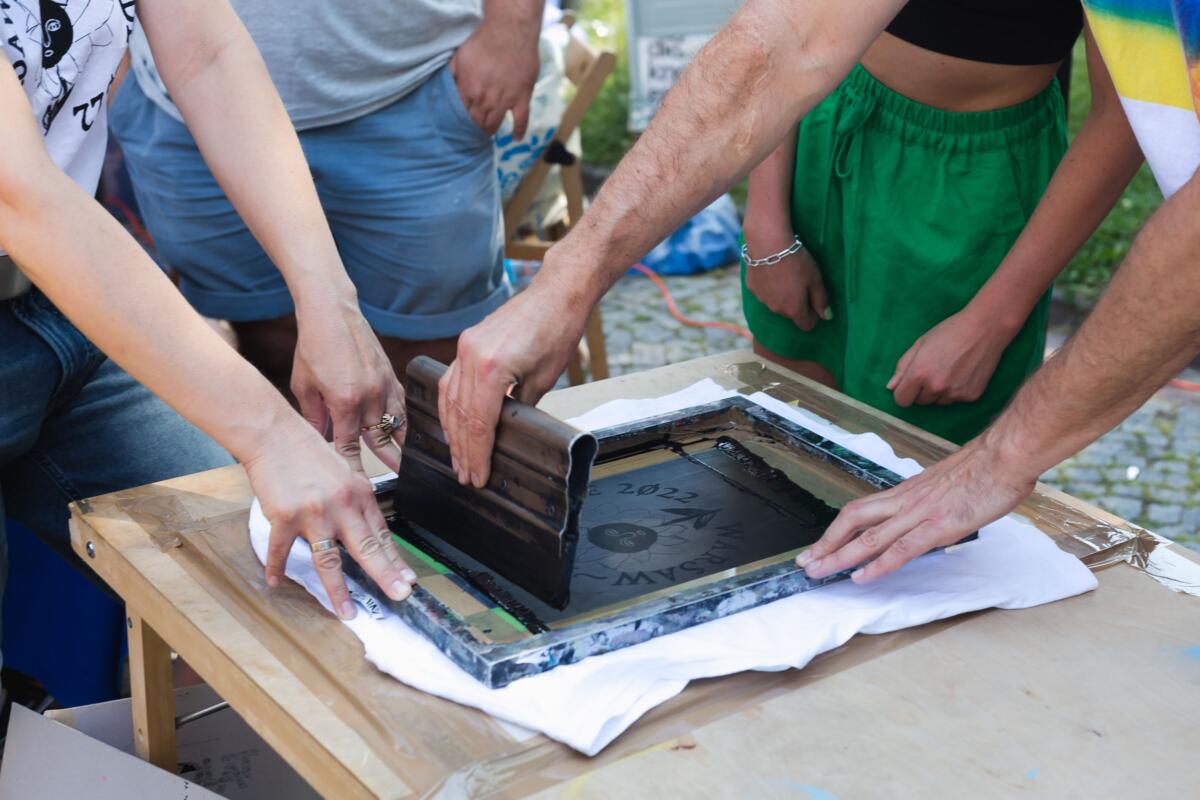 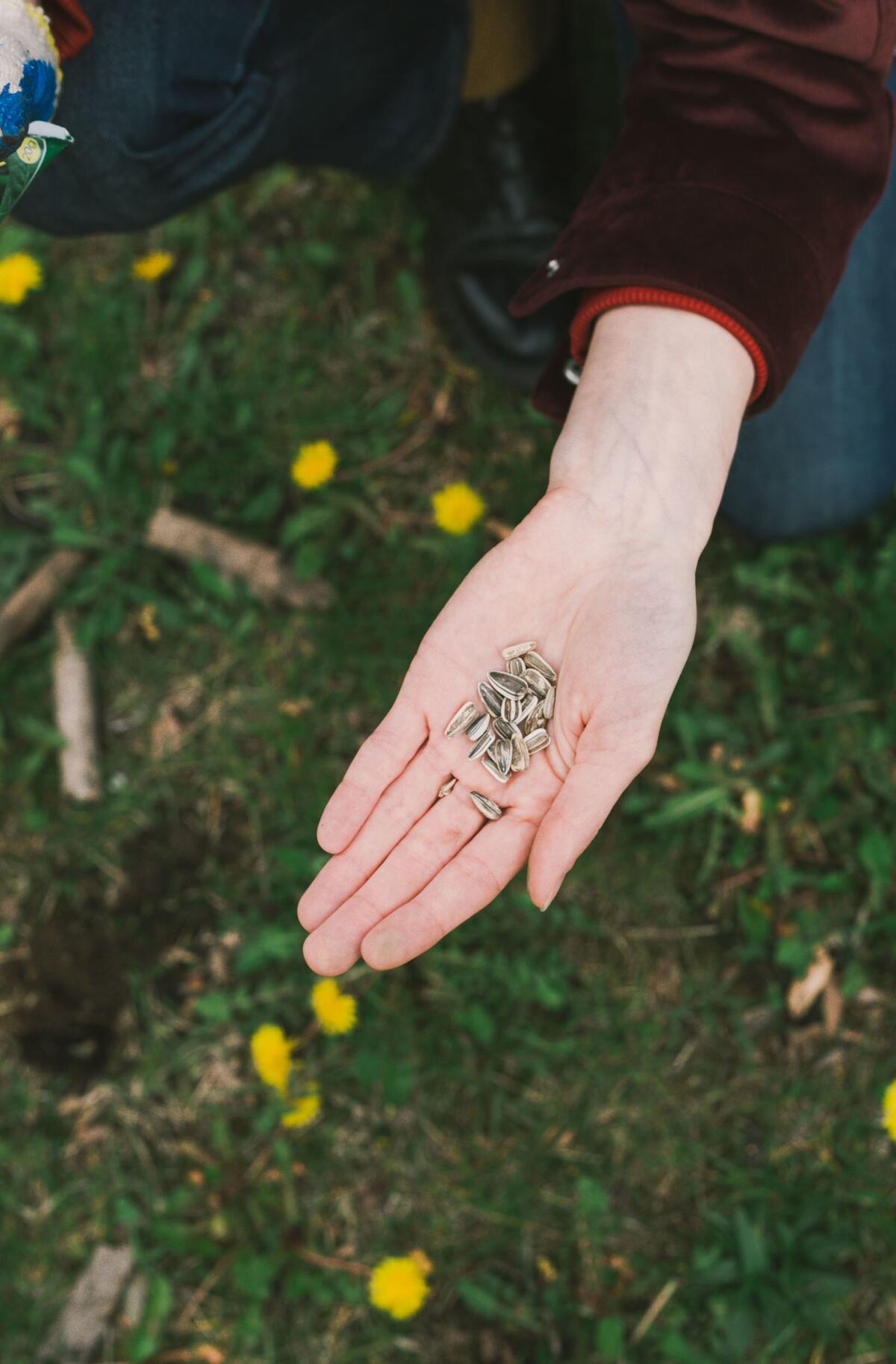 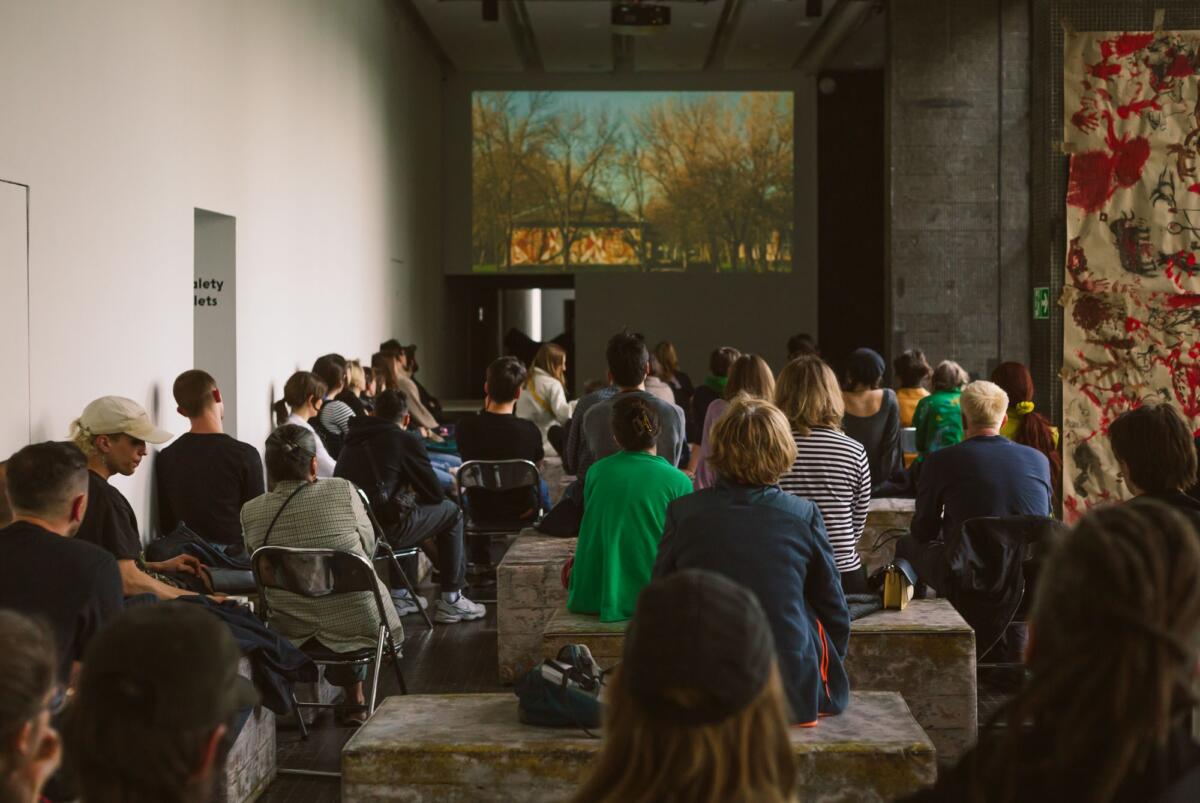 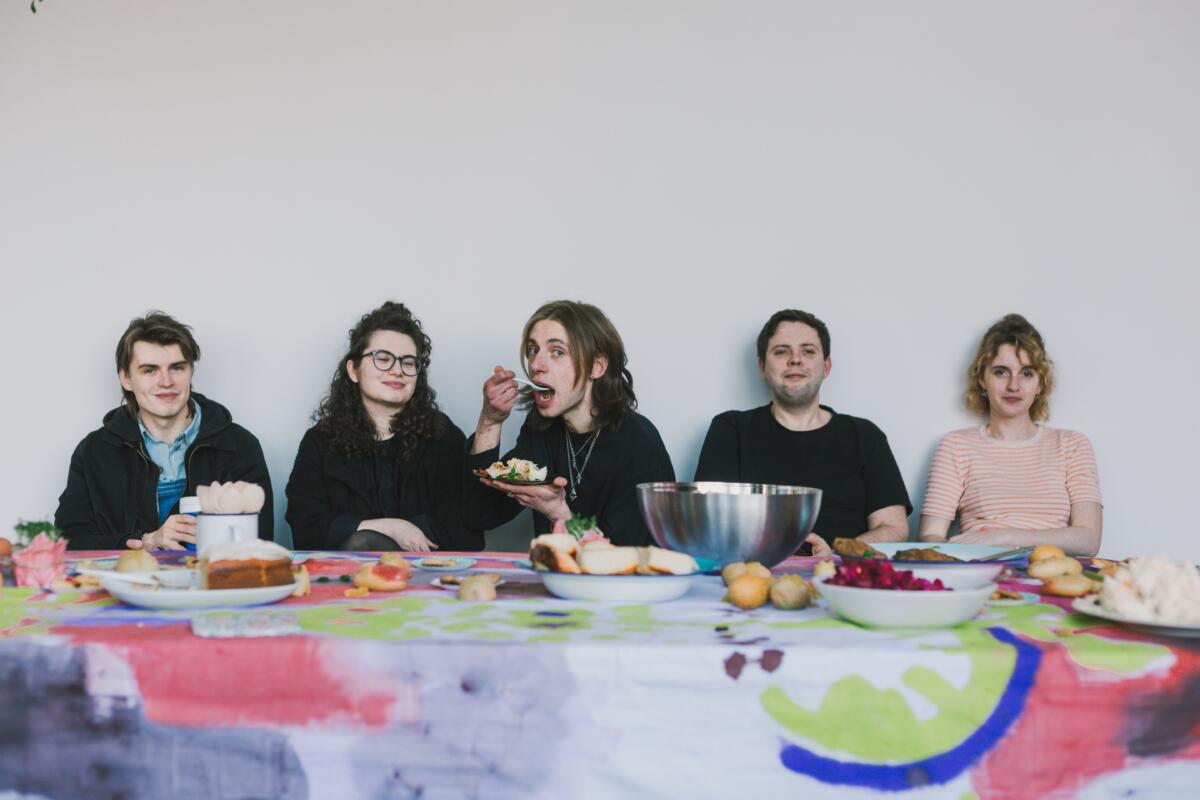 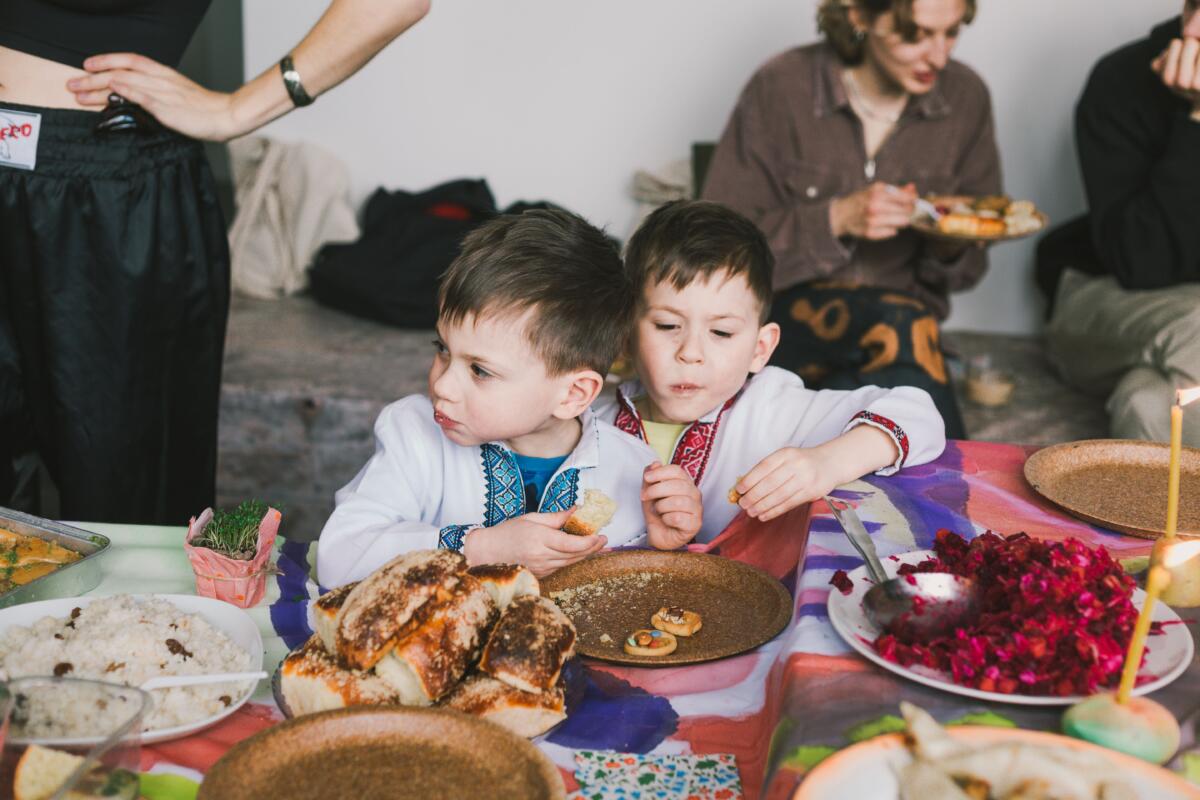 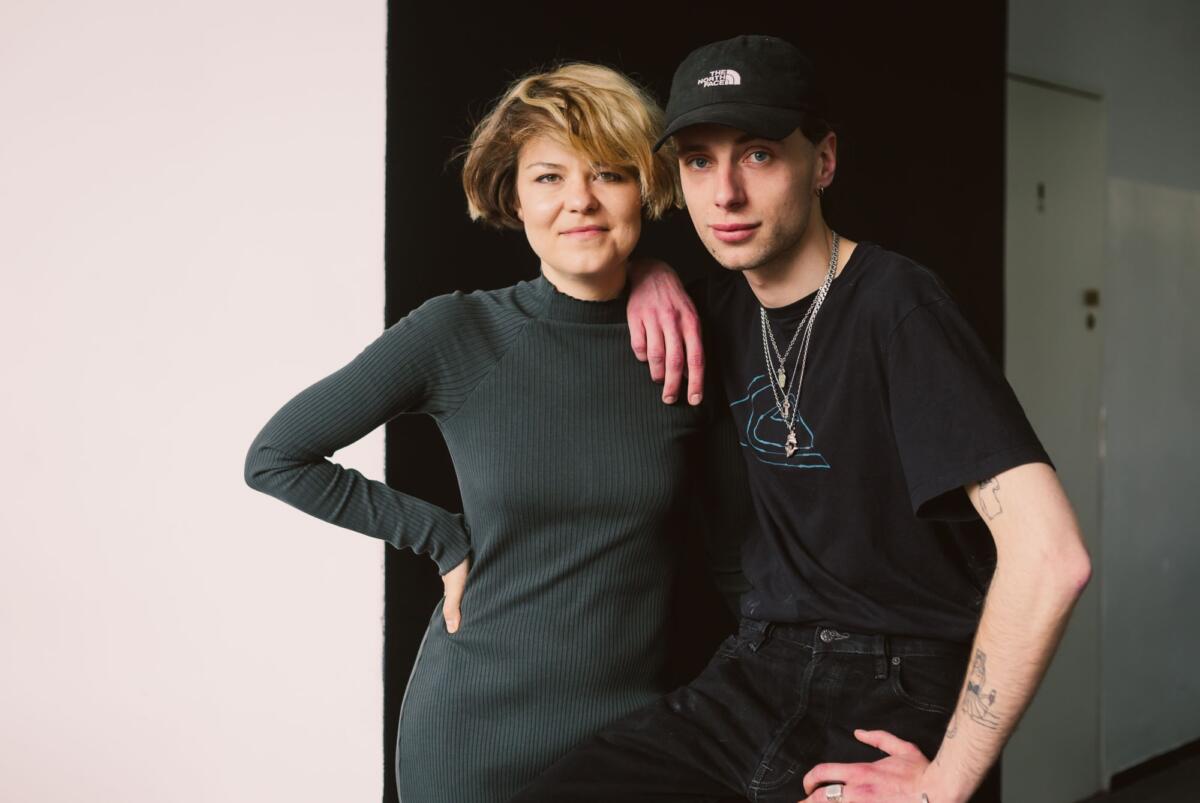 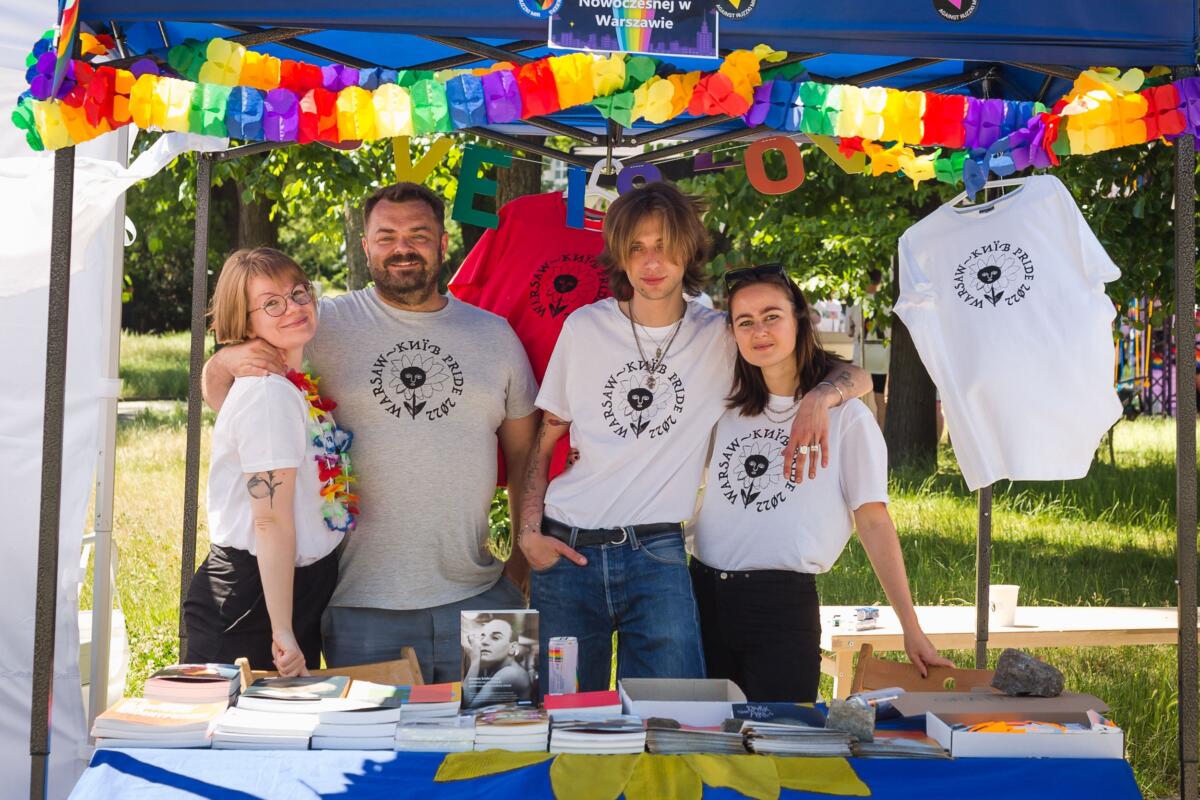 Some Holes in This House