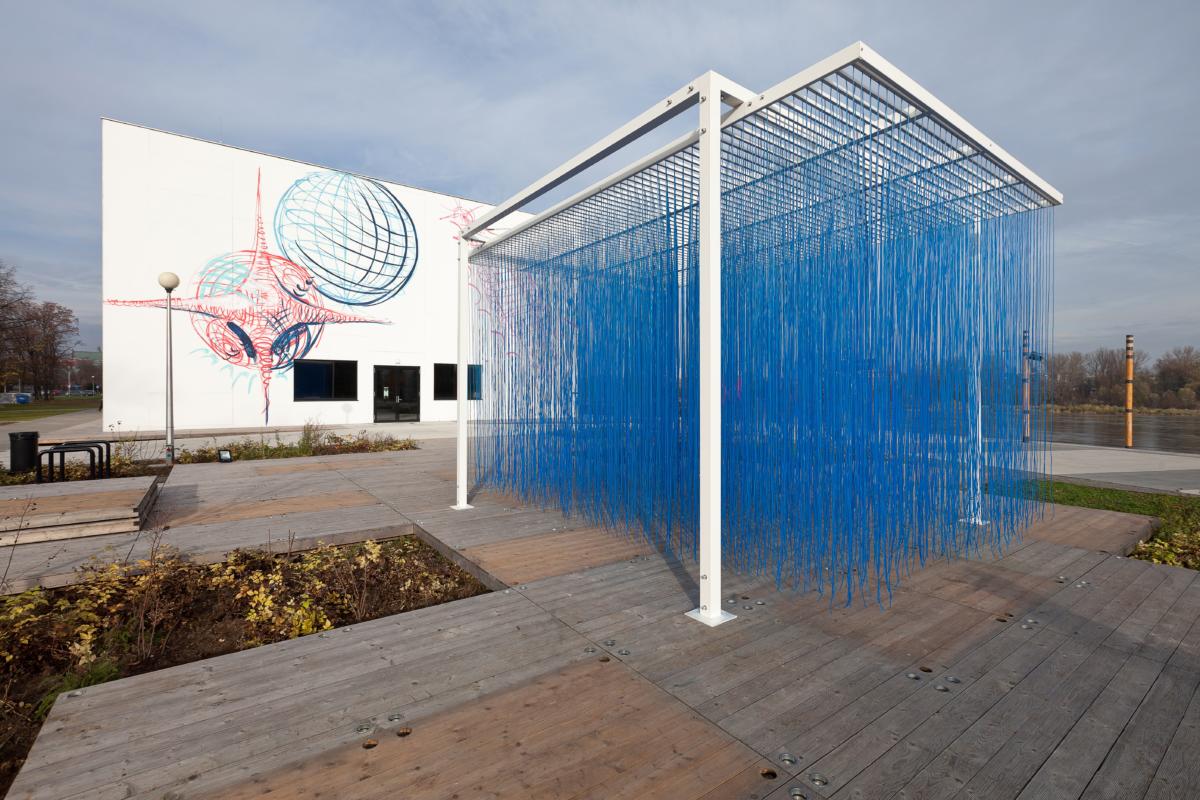 Jesús Rafael Soto, Penetrable BBL Blue, 1999 (ed. 1/8), steel, PVC courtesy of Signum Foundation in Poznań and Avila - Atelier Soto
Curators of a new exhibition “The Other Trans-Atlantic. Kinetic and Op Art in Eastern Europe and Latin America 1950s-1970s” Marta Dziewańska, Dieter Roelstraete, and Abigail Winograd discuss how unique ways of seeing these movements are helping to reframe them in light of important global issues today like gender and migration.

On view at the Museum of Modern Art in Warsaw is a new exhibition with an accompanying book that sheds new light on how intercultural encounters helped shape two of the twentieth century’s most influential art movements. “The Other Trans-Atlantic. Kinetic and Op Art in Eastern Europe and Latin America 1950s-1970s” explore how artists undertook common interest beyond their national borders in movement-based art. The show will travel this year to Moscow and Sao Palo, evolving along the way.

Dorian Batycka: Did you feel limited by creating a chronological exhibition? Were there works or artists that fell outside the period between the 1950s-70s?

Apart from looking at art of those years we were interested in the context: emerging economic, political, and social realities of life in these particular years and places.

Marta Dziewańska: The precise time frame of “The Other Trans-Atlantic” is crucial, just like the space-frame, for the exhibition argument since rather than looking “generally” at this or other style or set of forms we were interested in quite particular convergence: in the brief, but significant moment in the post-war years (between the 50s and 70s precisely), the trajectories of the Eastern European and Latin American art have met in the shared enthusiasm for Kinetic and Op Art. Our research started with a series of questions and we tried to understand what led artists in such divergent cultural contexts to rally around this aesthetic paradigm?

The answer comes up to the series of observations that we’ve started to delve and question. Apart from looking at art of those years we were interested in the context: emerging economic, political, and social realities of life in these particular years and places. And it was very intriguing to discover how kinetic and op art – then and there – were full of daring visions of art, politics, and subjectivity based not on stability, and the related categories of exceptionality, authorship, and completeness of the work (the ones that we know so well because they have been in use in art history for many years), but on movement. 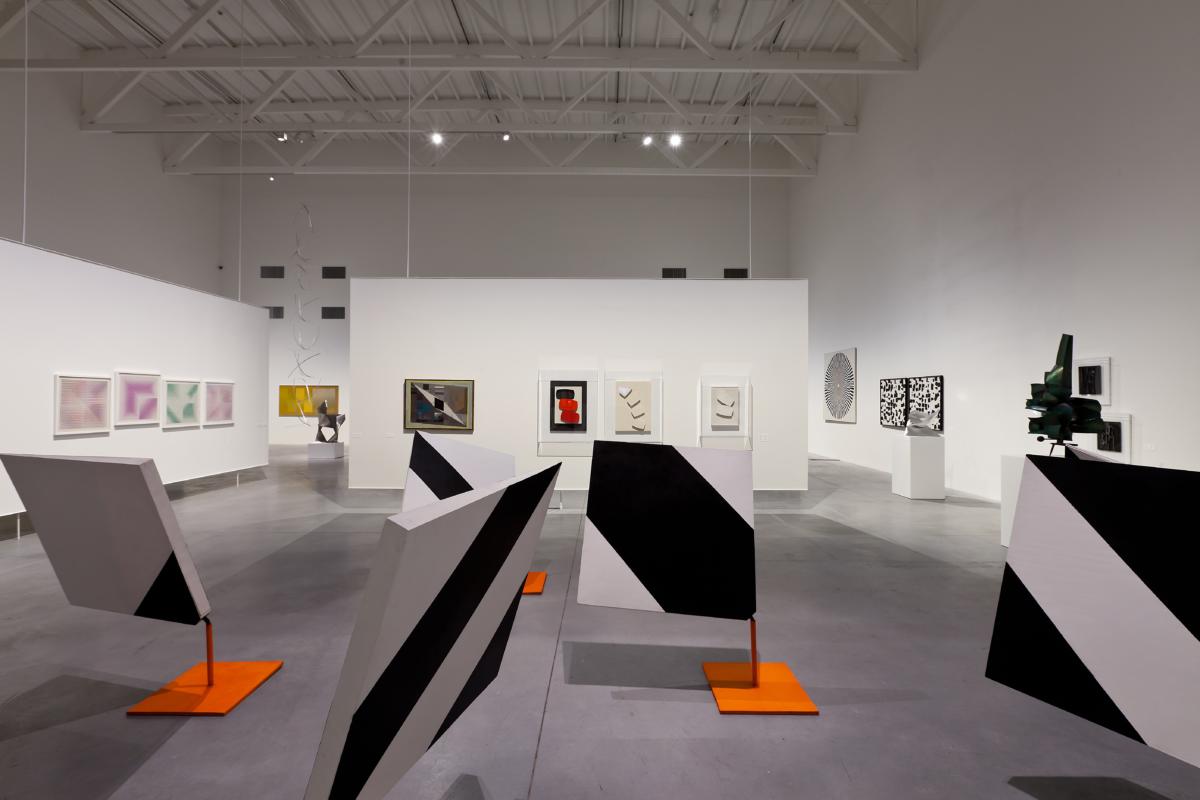 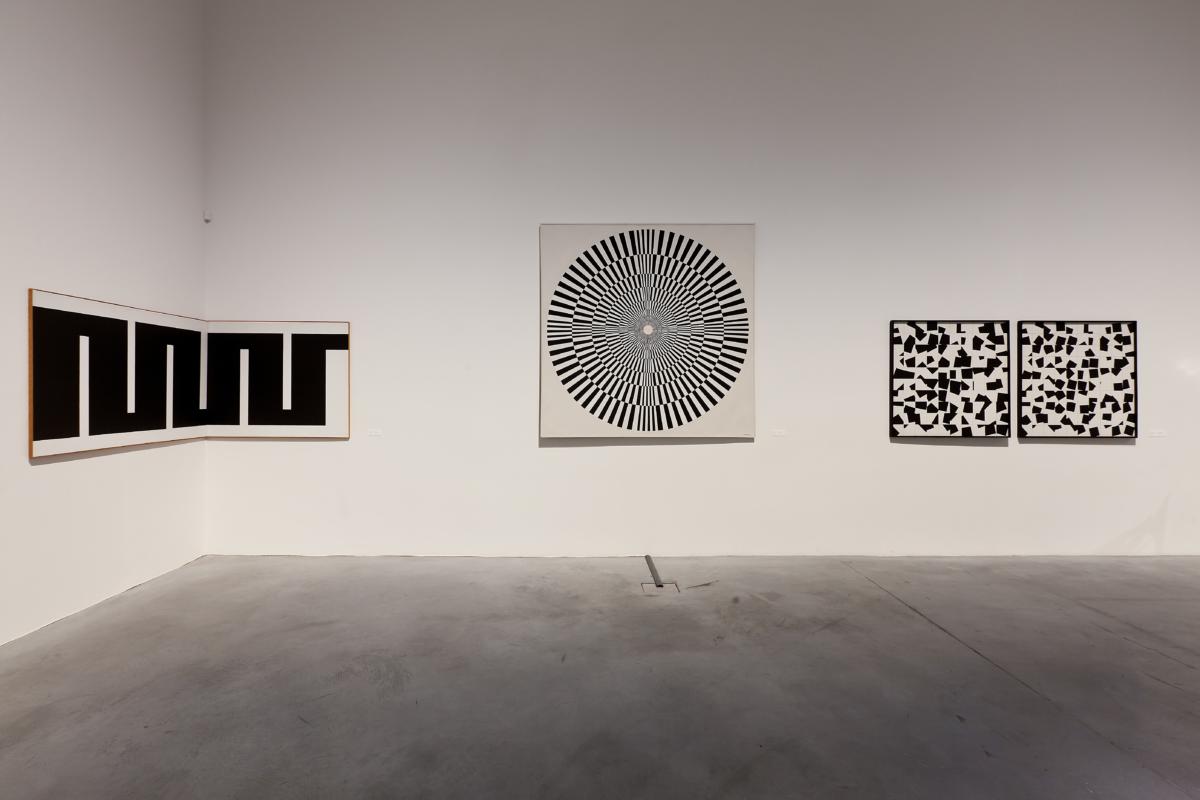 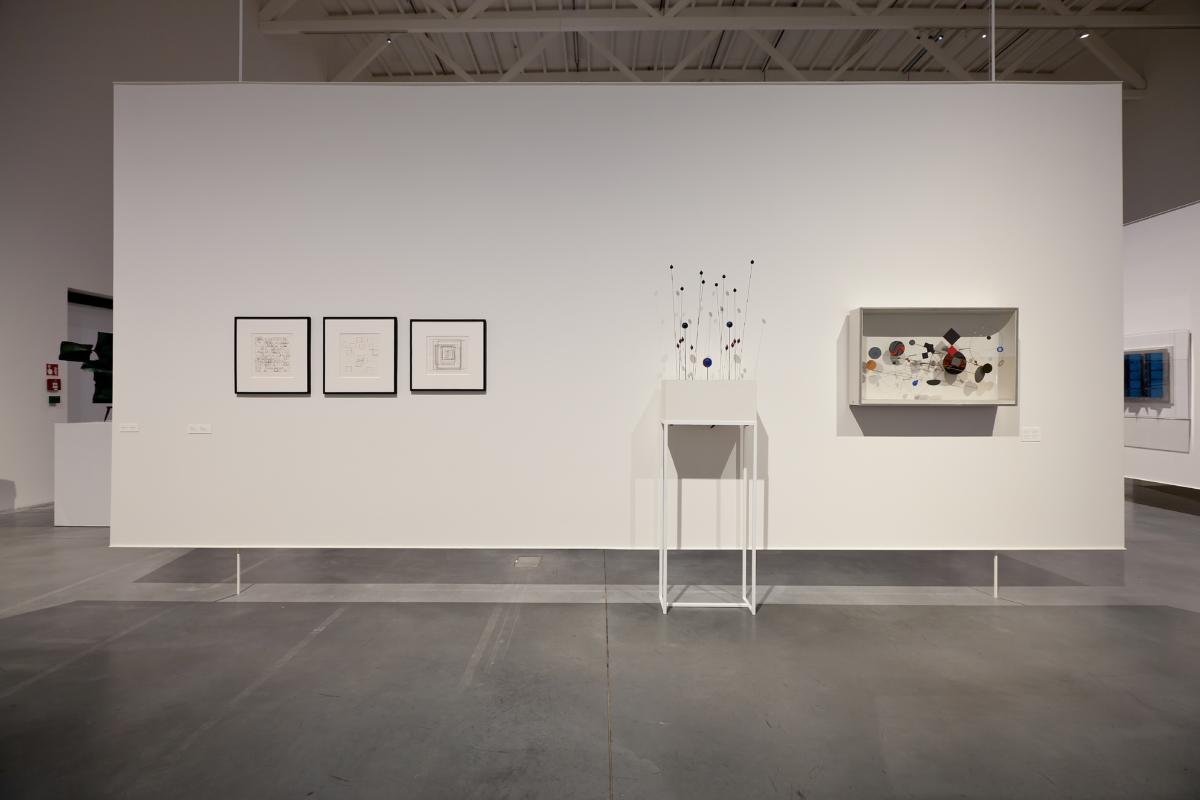 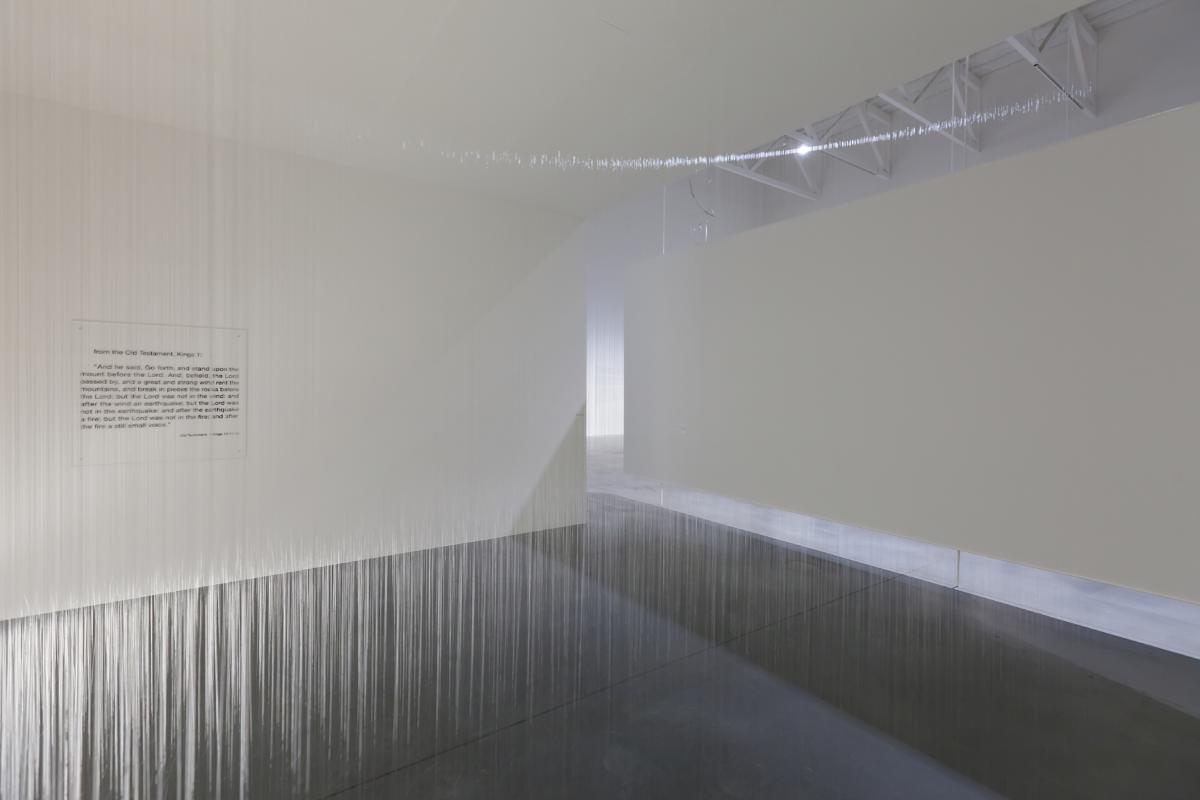 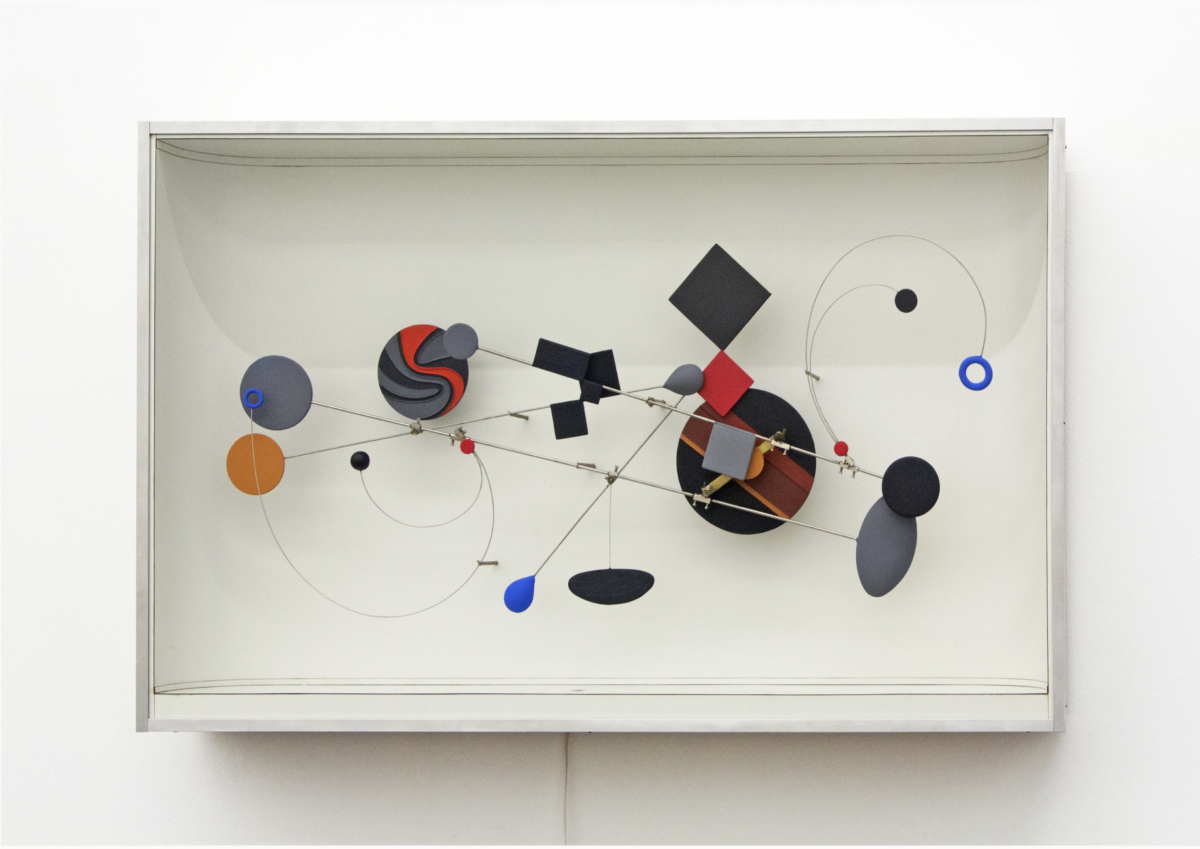 Our selection of artists is based not only on the purely aesthetic criteria, but on their real, political dimension and the ways in which the artists participated, commented and reimagined the then actual social and political situation. To say it very generally: the 50s-70s are the period when in the Eastern Bloc, in the oppressive political system with its dependence on the USSR, the contextual backdrop for artistic endeavor was the Iron Curtain that hermetically divided war-torn Europe. At the same time, in the countries of South America (we have mainly focused on Brazil, Argentina, Uruguay, and Venezuela), torn by internal and international conflicts time and again, brutal, corrupt, and unpredictable dictators would come to power in yet another coup. Kinetic and op art, created almost in parallel on both sides of the Atlantic, seem to be a sign of instability in those stormy times, but also a reaction, an artistic counterproposal when confronted with the common experience of authoritarian political systems.

Also, it is important to mention that we’re discussing societies undergoing dramatic technologically-driven changes in these particular years: rapid modernization and urbanization. “Stable” and “accomplished” objects were not capable to adequately express these new experiences and many of the artists we’re presenting abandoned traditional modes of working. Their fascination with cybernetics, experimental scientific methods, or systems theory were linked to a search for alternative sets of norms, new universal principles on which new scripts for the future could be based—or else they would probe the gaps, shifts, or errors in the existing arrangements, which made it possible to venture outside of the era’s prevailing determinism. Often presented in public spaces such as airports, railway stations and university campuses or simply city centres, viewers found these dynamic and decentralized assemblages appealing because, in order to properly “see” the objects, one had to be in motion oneself. And so, the embodied activity of the viewer became an indispensable part both of the work and its reception and it is in this opening-up that kinetic art seem to be representing a form of artistic experimentation with wide-ranging connotations of social and political utopia.

The show will travel this year to Moscow and São Paulo, how will it evolve and change in these different contexts?

MD: “The Other Trans-Atlantic…” started and was initiated at the Museum of Modern Art in Warsaw, but since it’s a research project, we’re “using” these locations to broaden and complicate it. The Garage Museum of Modern Art team, apart from expanding the Russian selection, also examined several Baltic countries. Together with the team at SESC São Paulo, we are now looking at the Latin American artists, complicating the argument and expanding our research to other Latin American countries like Columbia and Mexico. It’s possible that it will travel further so we hope for new arguments, new developments.

Kinetic and op art, created almost in parallel on both sides of the Atlantic, seem to be a sign of instability in stormy times of the 50s-70s, but also a reaction, an artistic counterproposal when confronted with the common experience of authoritarian political systems.

Would it be wrong to assume that the book and exhibition is part of a wider initiative we have seen in the art world in recent years, taking into account the decolonization of museum narratives and blind spots within art history?

Dieter Roelstraete/Abigail Winograd:  “The Other Trans-Atlantic” paraphrases the title of a book published in 1953 in which Witold Gombrowicz chronicled his travels from his native Poland to Argentina. This particular trip retraces a route taken by more than just a few Kinetic & Op Art protagonists. And herewith “The Other Trans-Atlantic” should be framed within the ever-expanding context of alternative art histories, the ever-growing field of “other” historiographies—as well as in the context of the ongoing problematization of the center-periphery dialectic that continues to haunt so much art-historical work to date. Indeed, while the hegemonic powerhouses of Paris, London and New York became the incubators of the canonical history of post-war modern and contemporary art, with its well-known succession of monocultures starting with the entwined master concepts of gesture and expression (not just in Abstract Expressionism and subsequent post-expressionist forms but also in Art Brut, Fluxus, Nouveau Réalisme etc.) and moving on to Pop, minimalism and finally the broad consensus of conceptualism and so-called “post-conceptual practice”—the dominant, that is to say “master” narrative in even the most progressive and supposedly iconoclastic of historiographies, as the October group’s influential Art Since 1900 so aptly proves—another web of connections was being spun, linking the “other” hubs of Warsaw, Budapest, Zagreb, Buenos Aires, Caracas and São Paulo together in a vibrant international network of artistic practices dedicated to what appeared to be an entirely different set of aesthetic concerns. It is these differences that concern us in this project: philosophies of art and culture dominated by notions of science-based progress that were decidedly unpopular in war-ravaged Europe or among American intellectuals who had just seen their country drop two atom bombs on Japan; fantasies of the machine and engineering (among the many possible interpretations of the story of “The Other Trans-Atlantic” we could single out the defining tension between its technophiliac and technophobic impulses, bringing to mind the foundational dilemma of utopian versus dystopian visions of the future integral to the art of science fiction, with which kineticism & Op became closely associated); moving image versus specific object; construction and perception—new subjectivities engendered by new objectivities. 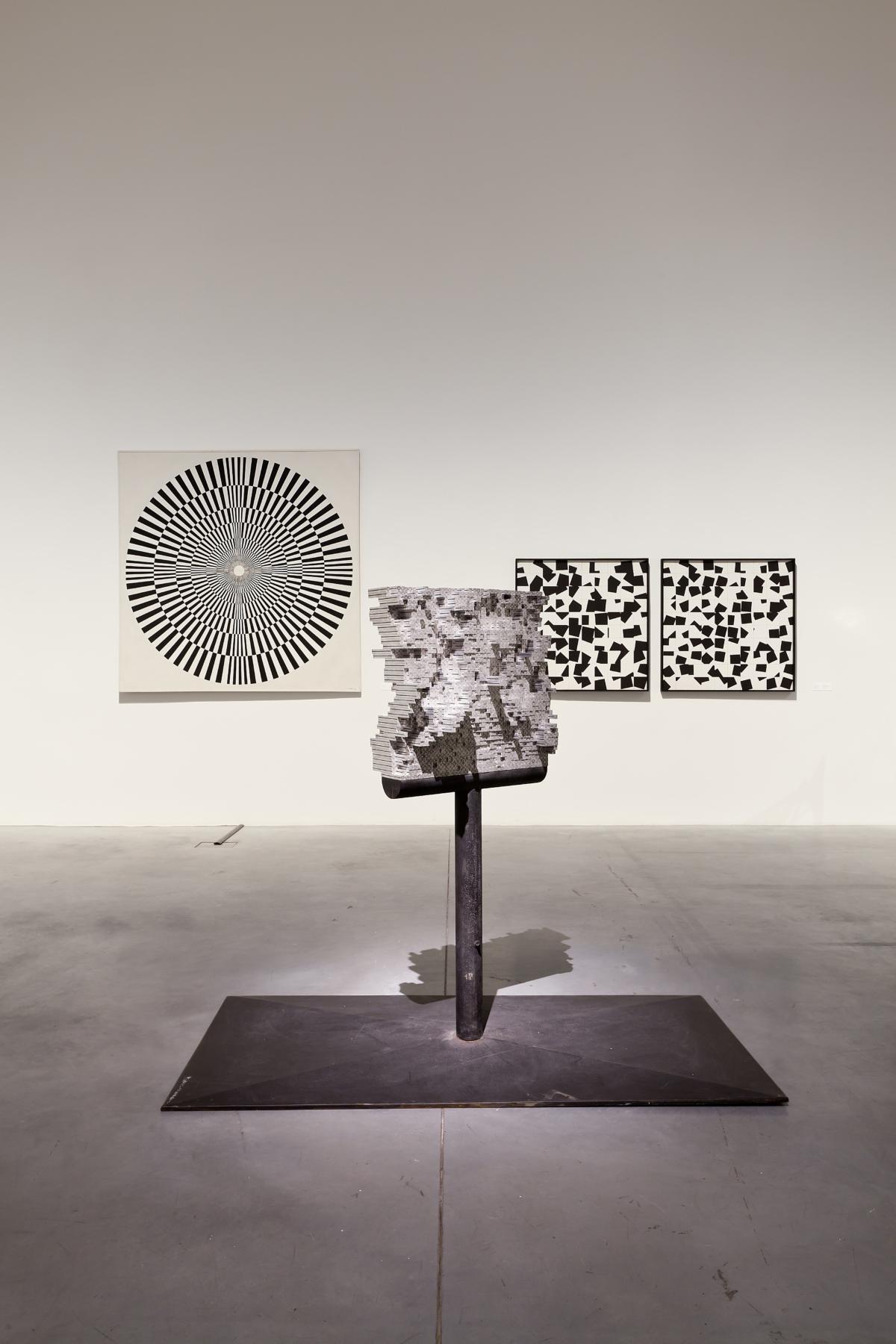 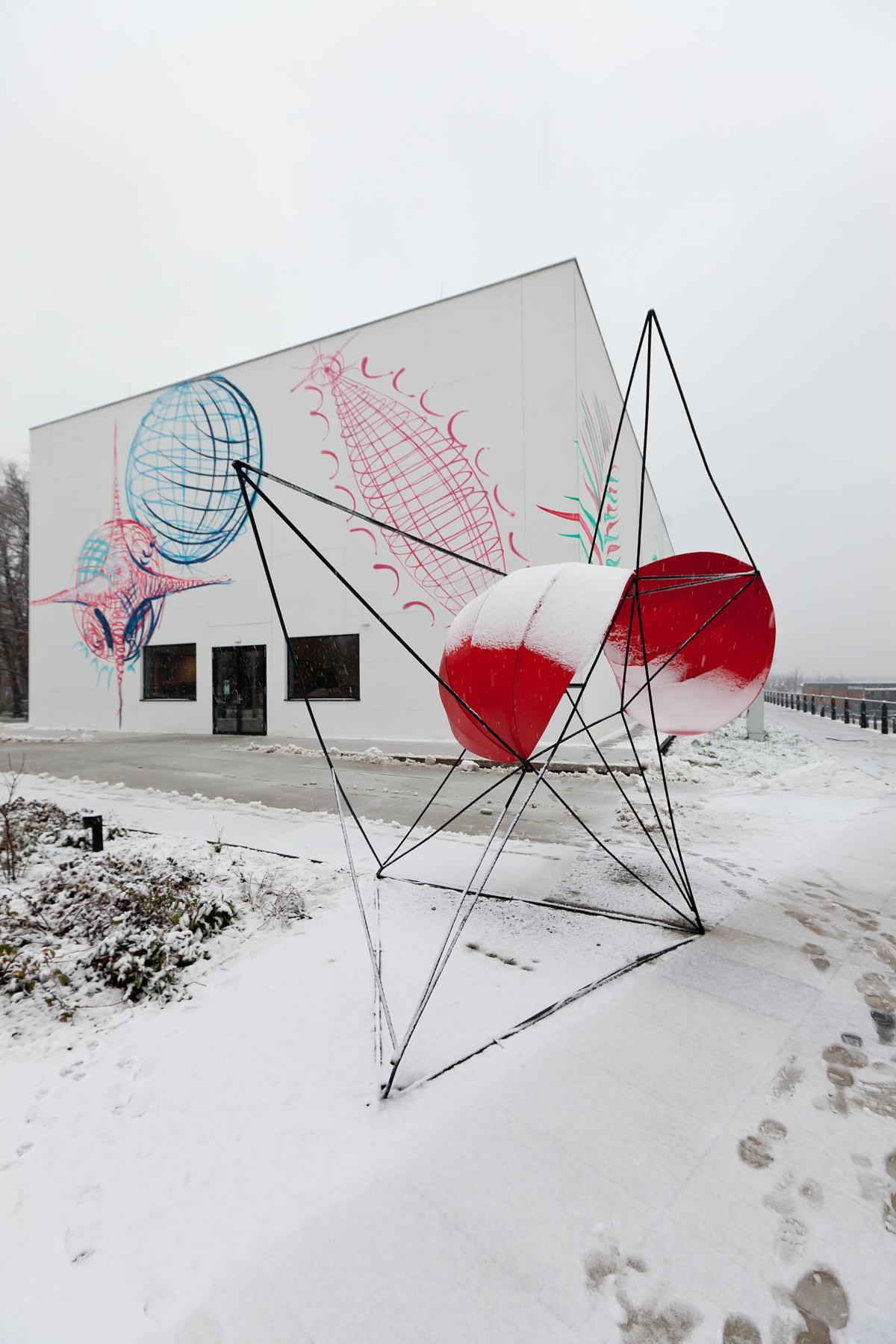 Did you discover any overlaps between more recent trajectories in relational art, dance and movement studies, with the developments in Op and Kinetic art?

MD: An important and very intriguing chapter of the show is when we’re looking at the ways in which artists have completely abandoned the traditional “object” in favor of an aleatoric situation, interaction, therapy, or set for exercising the liberation of our senses, which created new ways of experiencing other people and the world.

“The Other Trans-Atlantic” paraphrases the title of a book published in 1953 in which Witold Gombrowicz chronicled his travels from his native Poland to Argentina. This particular trip retraces a route taken by more than just a few Kinetic & Op Art protagonists. And herewith “The Other Transatlantyk” should be framed within the ever-expanding context of alternative art histories, the ever-growing field of “other” historiographies.

Hélio Oiticica’s famous Parangolés – to give an example – were designed to be worn or carried by the samba dancers in Brazilian favelas. In the stratified society, oppressed by the junta, these joyous, provocative works, swirling with dancers, carried a powerful political message. Sigma group’s members similarly aimed to transcend the object; besides building a new language of art, another of their goals was to work out a new teaching model, which they introduced into the Timisoara Art School. Departing from a hierarchical structure, the school promoted partnership and egalitarian relationships with the pupils. The focus was on an interdisciplinary approach and integration of theory with practice, with the teaching formula of choice: plein air workshops, where artists and students could create environment-sensitive installations. Oskar Hansen’s Open Form had arisen from similar premises and it functioned in comparable ways in the field of art, architecture, music, and urban design; Hansen advocated the “creation of new, more organic art for our time.” According to him, art created in the spirit of Open Form—in contrast to Closed Form, based mainly on the “craftsmanship of the produced object”—“will create our individual need to exist, help us to define ourselves in space and the time in which we are living. It will be a space commensurate with our complex and still-undiscovered psychology. This will happen because we become organic elements of this art. We will be walking inside it rather than passing it by.” Without a doubt, in this take, the “art of events” made the dynamic world its (kinetic) object. Therefore, my answer would be: yes, there definitely are quite intriguing overlaps between kinetic art and more recent trajectories in relational art, dance and movement studies.

Finally, the show includes several female artists, including Lygia Clark and Martha Boto. Do you think discussions about gender have been generally omitted in the study of Op and Kinetic art?

DR/AW: Yes, in some ways and there are a few reasons why. First, we should note that many of the female artists in our exhibition would not have identified themselves as Kinetic or Op artists per se. Part of our goal was to expand those very definitions beyond the kind of typical or clichéd notion of what these kinds of art where. Neither Gego nor Mira Schendel or Magdalena Więcek, for example, considered themselves Kinetic artists but we felt that their activation of space and their activation of the viewer as well as the way their works played with perception and incorporated motion made them critical additions to the exhibition. Second, Optical and Kinetic art in the geographies we are considering tended to be the practice of groups or collectives. Those groups tended to be dominated by men. This, of course, has much to do with the gender politics and social norms of the period in question. For our purposes, this is really interesting and also makes the female contributions to the exhibition exceptionally interesting and really unique.

New Realities: Friends of the Museum of Modern Art [Warsaw]

What Do Those Images Want from Us? ‘Where Art Thou? Gen 3:9’ at Jewish Historical Institute

[EN/DE] ‘Who Are We Are Who’ at BRAUNSFELDER Gallery

Inside the Belly of the Beast / Contagious Capitalism. ‘AMZN’ by Tytus Szabelski