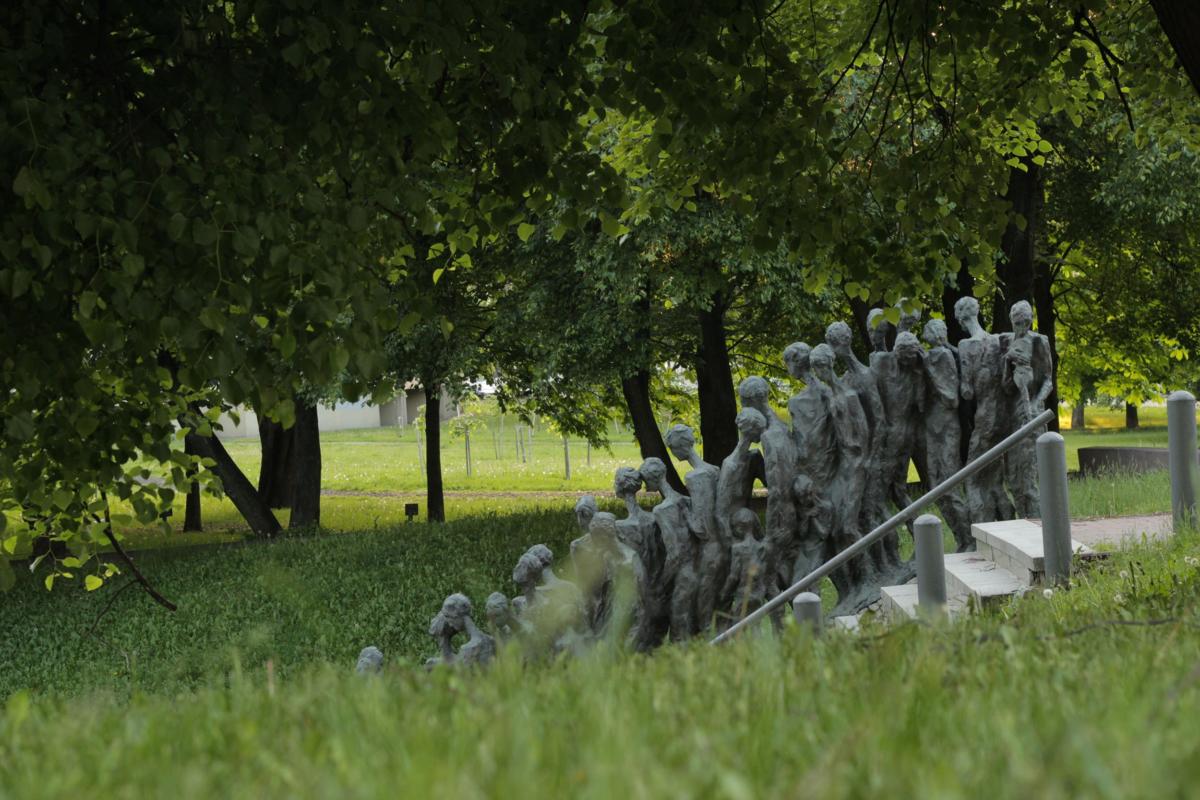 Tallinn, as Belarusian symposium participant Elisabeth Kovtiak noted, has almost no traces of the Soviet, socialist era, and seems like a “non-site of memory” in terms of this part of the past. This is perhaps why it proves to be particularly suitable for a symposium on prisms of silence and concealment. In the words of Ieva Astahovska: “Silence about (also forgetting or not-remembering) the past has largely characterised the post-Soviet condition for many years”.[1] While this silence strategically evades questions of guilt, it also misses out on a more differentiated view that does not follow the often-simplistic victim-perpetrator dichotomy and confronts the complexity of the socialist past. The symposium “Prisms of Silence” established a taxonomy of silence and concealment. In this classification scheme, which did not claim to be exhaustive, two categories crystallised as key forms of silence or concealment: concealment as a strategy in the construction of history in East-Central and Southeast Europe, and silence as an expression of trauma dating back to the Second World War. This inability to speak about and name a part of the past has a constitutive effect on the construction of history, because this part of history remains unwritten. Ultimately, the intertwining of past and present was addressed, along with its effects on the present, but the symposium also addressed how historiography is adapted to the demands of the present and is a contemporising construction.

The symposium put the construction of the post-war and post-Soviet—or rather the post-socialist—period itself to the test. The various talks illustrated how strategic omission and suppression of historical events and facts manipulates historiography. Many of these forgotten pasts live on only in the memories and narratives of individuals, with oral history confronting the official historiography that does not take them into account—a confrontation that Aleida Assmann has described and tried to reconcile.[2] The personal stories, or rather the collective memory of individual groups, but also the official historiography, provide identity and meaning, so that different models of identity enter into competition. The official historiography, in particular, thereby follows the strategy of “inventing tradition” described by Eric Hobsbawm and adapts history to the political and ideological concepts of the post-war but also the post-Socialist period.[3] 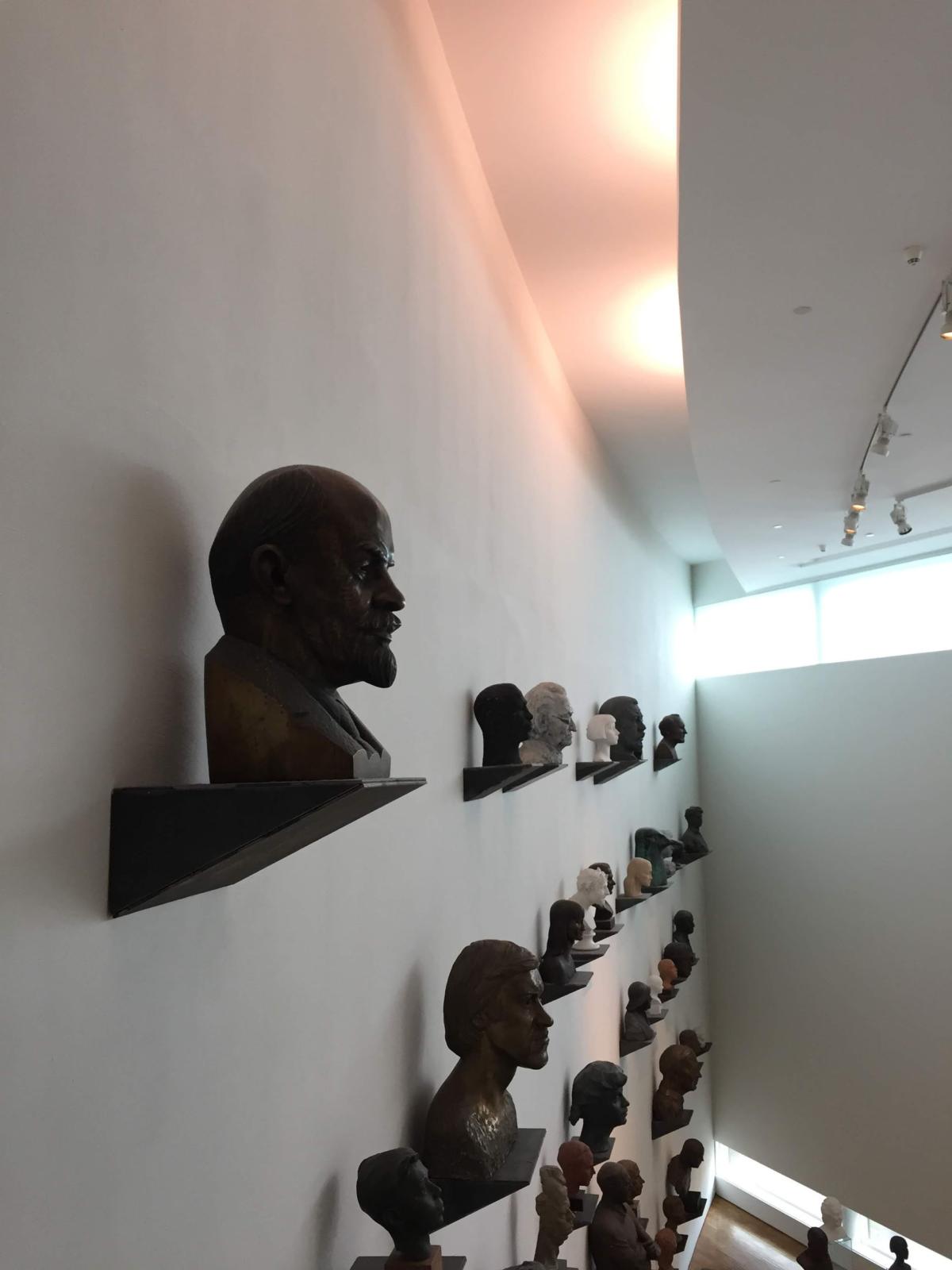 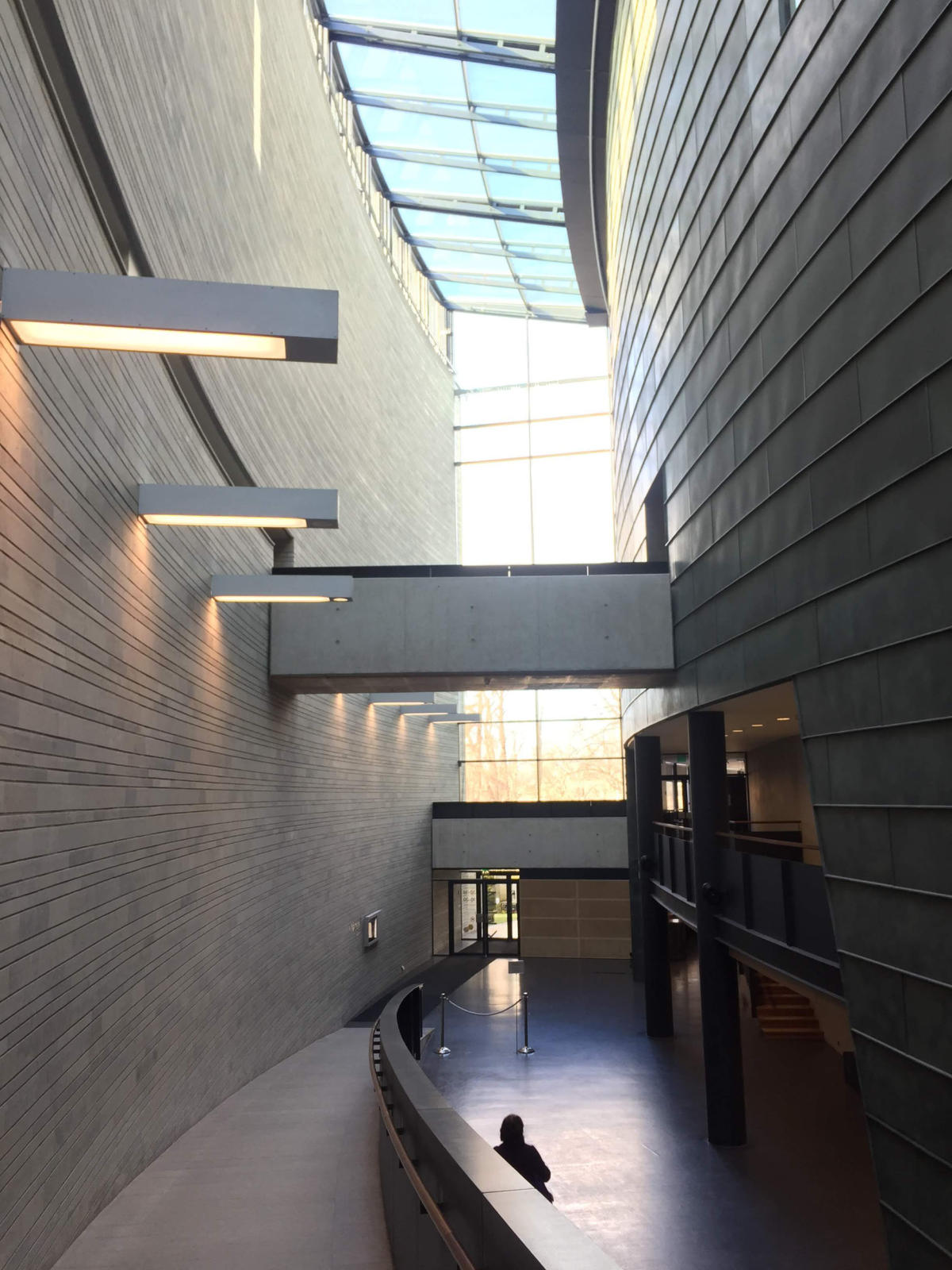 Silence about the deportations and expulsions of the Soviet post-war era, but also about the Holocaust in the former Eastern Bloc countries, was primarily enacted as the articulation of an unresolved trauma that has been unconsciously passed down through generations to the present day and that shapes and determines the actions and psychological make-up of social groups. These techniques and gestures of coping with everyday life, however, are not simply limited to the experience of past trauma, as they are also integrated into contemporary discourses. In the third generation, this trauma again breaks out and becomes virulent, even if the cause is not easy to determine as it lies far in the past and the third generation was never directly affected.

Lia Dostlieva’s talk focused on the feelings of guilt that forbid throwing away or wasting food, as they still shape the everyday actions of a generation of young people in Ukraine, who themselves never went hungry and only vaguely know this post-war misery through stories told by their grandmothers in their early childhood. This conscious consumption, which structures everyday life through recycling practices and strategies to avoid disposable goods, is currently integrated with criticism of capitalism and climate change. The familial silence about deportations and thus the trauma of uprooting a generation of grandparents and the suicides triggered by it were presented by Margaret Tali as mechanisms of shame in the face of an inability to process these events and to integrate them into one’s own family history. Silence is supposed to offer protection from the memory of a cruel past and prevent further suicides, so that a normal family life becomes possible. According to Katrina Black, however, silence is understood not only as a consequence of trauma following brutal and erasing experiences such as the Holocaust, but can also be seen as agency and empowerment when consciously employed by filmmakers, like Chantal Akerman, as a means of articulation—occupying a void of the unspeakable. 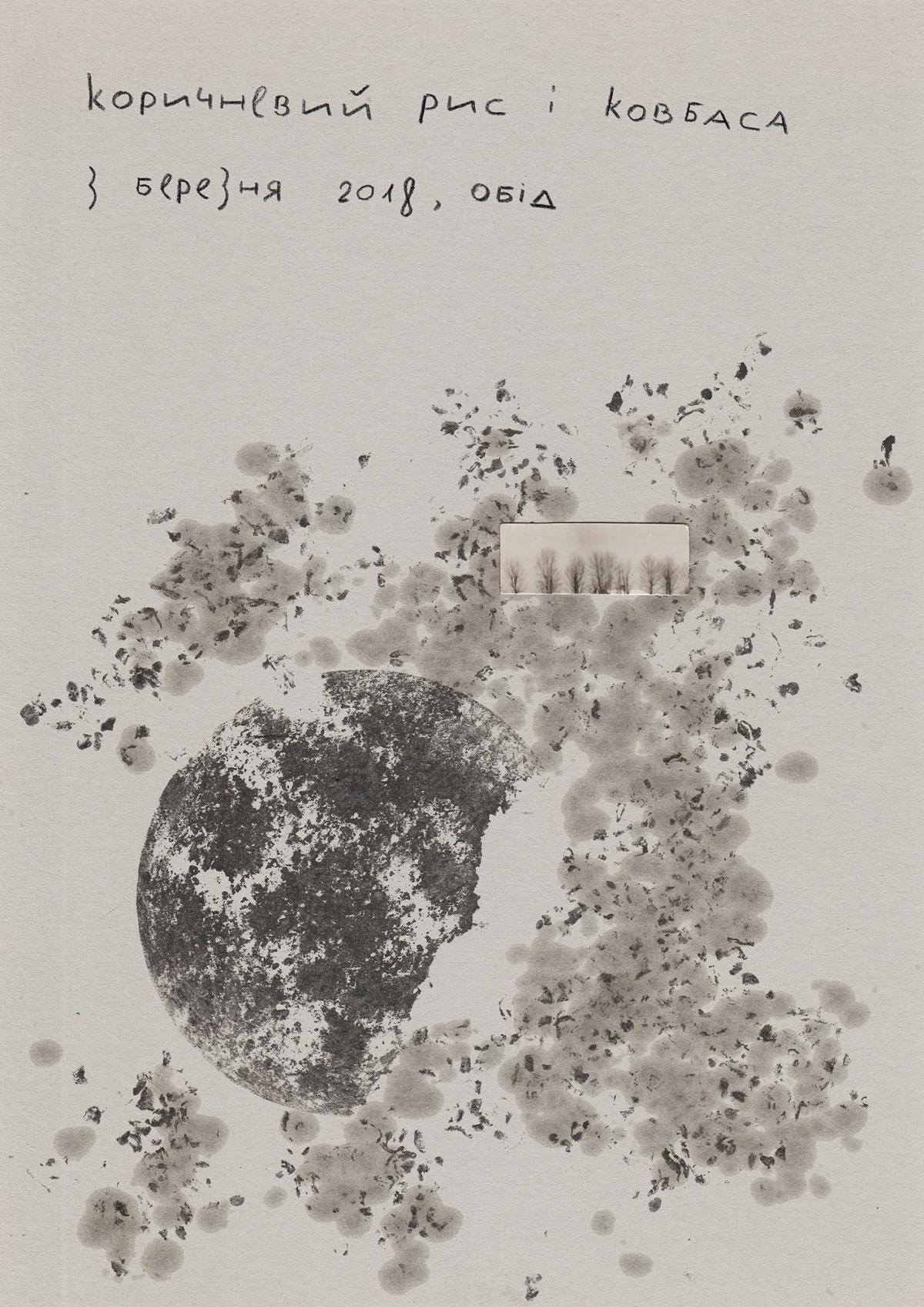 Lia Dostieva, Andrii Dostliev, from series 'I still feel sorry when I throw away food – Grandma used to tell me stories about the Holodomor', 2018. Text in the picture: 'March 3rd, 2018 – dinner brown rice with sausage' 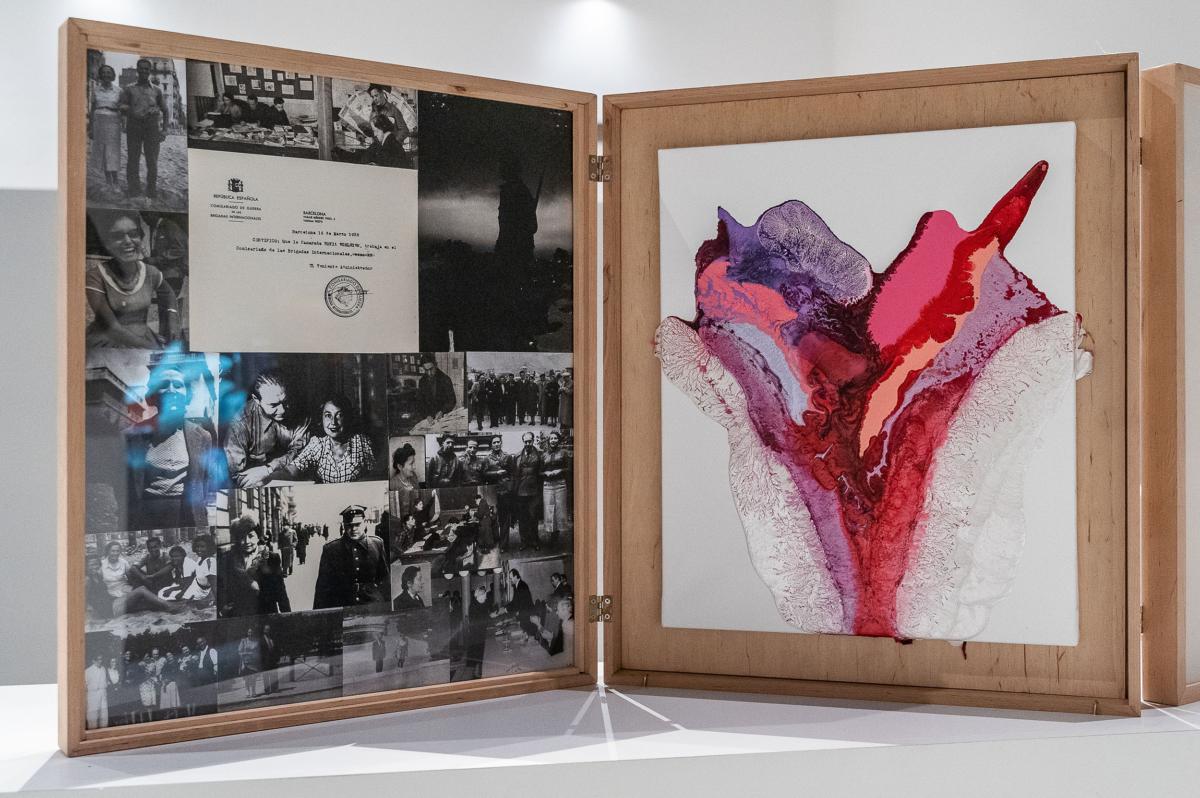 Zuzanna Hertzberg, from the cycle 'Volunteers for Freedom. In memory of Zo a Szleyen', 2016–2017

On the one hand, in Asja Mandić’s analysis, silence is powerlessness or the inability to name traumatic and traumatising parts of the past because of its cruel events. On the other hand, in post-Socialist states, silence is often a means to repress socialist narratives to shape the identity of a new society in which there is no longer any space for the memory of partisans, such as the annual celebration of the People’s Liberation War in the former Yugoslavia. With the advent of the Yugoslav War, visual representations and celebrations of this past were banned from official institutions, whose function was rewritten, as the renaming of the former Museum of the National Revolution of Bosnia-Herzegovina into the Historical Museum shows. But, even in the official historiography of the anti-fascist opposition of the Second World War, the activities of women were subordinated and incorporated into a dominant male narrative, as Zuzanna Hertzberg proved. The diversity of antifascist acts was thereby leveled.

In the context of East-West divisions—which have deepened in recent years and led to massive tensions and dissatisfaction among many East Germans, and which were vehemently and aggressively expressed in populist movements such as Pegida in Dresden—the symposium opened up new perspectives of analysis, debate and engagement with the legacy of the GDR. Of course, the situation in East Germany as a result of the division of Germany and its post-Wende reunification cannot be compared with the other countries of the former Eastern Bloc. Nevertheless, unified Germany also faces the challenge of post-Socialist transformation processes, along with their integration into an all-German historiography. In 2017, the so-called “Bilderstreit” in Dresden was reignited by the exhibition policy of the Albertinum. Even as early as 2013, in his anthology, the sociologist Karl-Siegbert Rehberg had already described this struggle as a proxy dispute representing the conflict of reunification.[4] Once again, entries in the visitors’ books of the Albertinum showed that these differences also extend much further, pointing to deep-seated grievances in the post-Wende period, broken biographies and silence about a part of Germany’s past or a one-sided or contemptuous examination of it. The vehemence and aggressiveness with which this controversy was pursued in the German feuilletons and social media can be explained above all by a populist instrumentalisation of this past, which has deepened the social division between East and West. 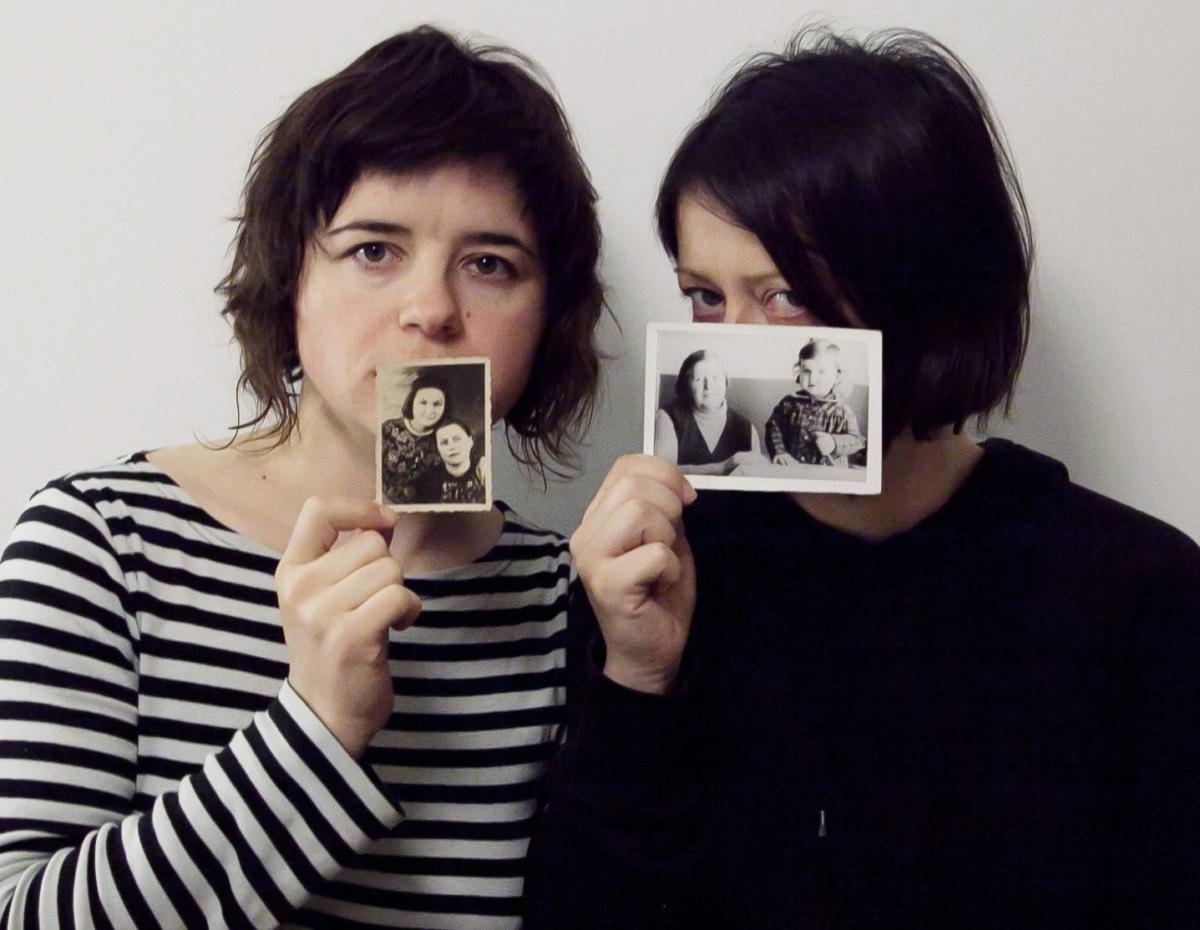 The various speakers at the “Prisms of Silence” symposium also presented art and culture not only as a venue for dealing with the concealment of elements of the past, but also highlighted the important role of art in reconciliation: Art is also a place to articulate the schisms and trauma of the past.

In their works, artists can offer a place for the unspoken past and can name the unspoken and unsayable in order to incorporate it into language and to assign it a place in history. In films by Jūratė and Vilma Samulionytė (“Liebe Oma Guten Tag. What we leave behind”, 2017) or by Jonathan Durand (“Memory is our Homeland”, 2018), talking to family members about the trauma is a way of working through memory and mourning as a spoken cure; which, as noted by Margaret Tali, was described by Freud as a three-step process: remembering, repeating and working through.[5] Consequently, artists presented works in which they created a visuality for a past where no images have been handed down in the form of photographs, prints or other archive material, in order to give it shape and a place of remembrance (Assel Kadyrkhanova, Aslan Goisum).

The symposium “Prisms of Silence” not only gave numerous impulses for the articulation of silence or concealed traumatic or dramatic elements of the east-central and southeastern European past, it also made the language and terminology of articulation itself a theme. In the discussions that followed each talk, terms were repeatedly debated or rejected, with a search for more suitable words to give these forgotten components of the past a differentiated language with which they can be critically analysed.

The text was originally published in German as Prisms of Silence. Estonian Academy of Arts, Tallinn, 21. – 22.02.2020 at Arthist.net

The Prism of Silence symposium was organised by Margaret Tali and Ieva Astahovska in collaboration with the Estonian Academy of Arts and the Latvian Centre for Contemporary Art, Tallinn, 21.–22.02.2020.

[1] Quote from the lecture by Ieva Astahovska “On Collaborations, Silences and Lustration”.

[4] Karl-Siegbert Rehberg und Paul Kaiser ed., Bilderstreit und Gesellschaftsumbruch: The Debates on Art from the GDR in the Process of German Reunification, Berlin and Kassel, 2013.

Why the Insurrection, Medea?