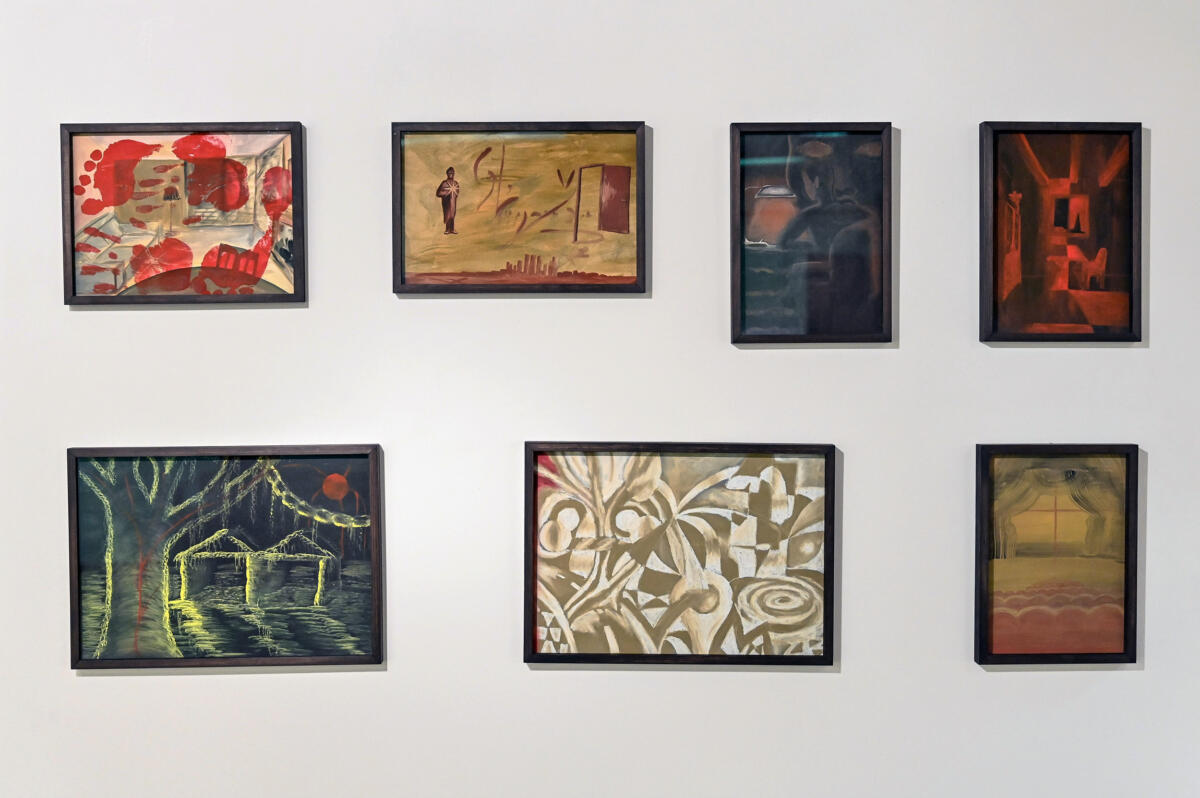 For long time I avoided Galão, the coffee shop close to the office. Mornings, on my way to work, I’d pass by them, leaning on green plastic chairs outside, hair-gelled and wearing selvedged Acne jeans and hoodies steeped in last night’s smoke. They were as distant and statuesque as flamingoes, puffing out their chests, holding their newspapers up so that all you saw of their bodies was a black-denim leg. A  hand reaching for a cappuccino.

I disliked Galão. I disliked its punk-lite, morning-after atmosphere, spewing onto the street, and its airs of leather-wearing intellectualism and late, aimless mornings spent reading papers. I disliked the coffee names: beaming, Portuguese-themed imports. And I disliked the self-abnegation implied by every aspect of its branding. Nothing was its ‘own’: from the name, recalling an EasyJet holiday to Lisbon; to the music (American no-wave), to  the greasy croissants on thick, small, ceramic plates. Nothing in this café felt at ease with itself. It repudiated any identity, absorbing everything outside it. ‘Anything’, it seemed to whisper, ‘other than us’. To my irritation, this self-denying identity, as I walked by it, was then transferred on to me, without  even my having stepped in there.

Then, a couple of years ago, Daluma opened two doors down from Galão. Outside this bastion of minimalism, they built a smart bleacher construction out of raw, light wood. They look like models, the clients, surrounded by pastel packaging and clean, aluminium surfaces, catchwords for cleanliness, transparency and efficiency. There is food advertised and sold, of the baby-food variety, like something pre-chewed or in pill form. Yet you never really see anyone eat anything here. At Daluma, the raw, base fact of ingestion is withdrawn, secret; we assume that nutrition is absorbed by the body directly, like photosynthesis.

The café scenes that occur, occasionally, in the paintings of Zuzanna Bartoszek do not individually aspire to a sociology of urban life, although they do, in aggregate, achieve something of the same. This is a life, in large cities in the west at least, marked by the presence of an  emergent urban ‘creative class’, where like-minded people go to cafés and bars, galleries and restaurants, the spaces of cognitive resonance. Her paintings do not often directly depict gallery-goers or café-goers, but the kaleidoscopic impressions of various spaces, rooms, bedrooms and galleries and cafés, form a composite lookbook into the artist’s life itself. This is a life that covers early pre-adolescent experiences of angst or trauma (as in Youth (2nd grade at School and Braces), and which documents transits and rites of passage (Teen Leaving Home, 2020). The works demonstrate a relentless, roving sense of experimentation and variance, with a differentiated colour palate that, like a mood ring, is expressionistic and charged with affect. The works are figurative yet blurred by the shifts of colour, mood and tone, often in abstract registers, looking as much to Expressionism, Fauvism and Symbolism as to comics and illustration. What unites Bartoszek’s works is their centering, like magnet filings around a magnet, on the affective registers familiar to artistic life. What is this life and what does it represent? In many ways, our idea of artistic life is predicated by a narrative of the artist as a quasi-independent figure who subsists above or below the conventions of bourgeois society. This myth of ‘bohemia’ has hovered over western artistic history for over a hundred years, running through much-historicized spacetimes such as Paris in the 1950s, New York in the 1980s, or Berlin in the 1990s, and still prefigures much of our understanding of artistic life marked by heterodoxy, idiosyncrasy, of late nights and discussions, digressions, and resistance to normativity.

In an article published in 2018 in the New Yorker, Adam Gopnik writes of the ways in which 19th and early 20th century café culture provided spaces, and forums, for debate, conversation and social and political discourse. Gopnik’s reading owes much to the romantic view of the bohemian life – an invention of 19th century urban life, in which political, social and participation took place not in the boardroom, the palace or the private salon but the public-private spaces of cafés, exhibition halls, theaters and other secular spaces of group congregation. This myth of bohemia was always full of ironies, and shirks depiction: its most famous artistic representation, Giacomo Puccini’s opera (libretto by Luigi Illica) La bohème (1896, itself based on Henri Murger’s stories in Scenes de la vie de boheme, 1851), is set in Paris and depicts an underclass of artists who live to make their art their life. This myth, or cliché, persists today, above all in the idea of artists or urban creatives as somehow living outside of ‘everyday life’ and its pressures of deadlines, work routines and the exigencies of family, cultural or religious expectations. Of course, even in Puccini’s opera this bohemia was only a myth. The pathos of Puccini’s opera, sharply ironic, is derived from its insight that life comes to bite those who most try to run away from it: the artist characters are consumed by the brutal realities of life that they tried to escape from, especially the urban blights of poverty and sickness.

In her paintings, Bartoszek doesn’t attempt merely to represent bohemian life, but to make art that is its seeming extension, marked by social conditions of mobility, irregularity and transit, for which her stylistic variance finds its formal and affective analogue. With titles such as Late hours, red wine, opaque thoughts (2019), her paintings make reference to this alternate world of anti-establishment, anti-bourgeois coteries of friends, poets, artists and musicians. In a work such as Friends waiting for me outside (2019), it could to be a troupe of people outside a  gallery space or a concert hall. What Bartoszek represents, then, is often the spaces of a creative class: a kind of lumpenprekariat of individuals, a floating world shuffling between openings and performances and cafés: a new class, not actually identical to the old bohemia, that is afforded a sense of mobility yet little economic or social stability.

Crucially, these poles – bohemian and bourgeois, mobility and immobility – are unstable categories. They interlace in such a  way that, in Bartoszek’s paintings, we see them dialogically, floating between mobility and stasis, irony and earnestness, self-expression and self-dissolution. The dialogical nature of these terms resembles the argument of Luc Boltanski and Ève Chiapello’s now-classic study The New Spirit of Capitalism (1999). In this work, the sociologists describe how the managerial styles of capitalism that emerged under neoliberal deregulation in the late 20th century borrowed directly from the values and techniques of the creative sector, i.e., the image of the ‘artist’ as a creative visionary. The reliance on projects, on skills like ‘networking’ and the mobilization of ‘creative skills’, are only further reified and capitalized on in an age where ‘friendship’ is tracked, commodified and marketed. Curiously, then, in recent decades, the life of an ‘artist’ in the 2010s has come increasingly to resemble the behavior of an aspirational manager: keeping a studio like a factory, outsourcing labor, and cultivating one’s ‚brand’. Of course, there are other routes to making work. It is against this idea of an artistic-manager, capitalizing on their ‘brand’, that Bartoszek’s paintings seem to argue, with their affectionately versatile surfaces. (The work Dating a Model speaks precisely to a capitalization of self-externalized imagery.) The paintings’ deliberate stylistic idiosyncrasy – their thematic range and number – suggests the artist’s attempt to free one’s externalization away from the evenness of brands and commodifiable recognition and into an formal-affective register marked by precariousness, provisionality and speed.

Bartoszek’s paintings enact, stylistically, this affect of precarity, such as that internalized by individuals who rely on social networks of friends in lieu of stable external institutions of belonging. Bartoszek communicates an affective register of personal vulnerability which, of course, is normally crushed out or smoothed over in the operations of  high capitalist extraction, or else usually outsourced in an exasperated way onto social media. In  works such as I wish I had keys to my previous homes (2018), the  artist’s state of mobility is described openly: hers is the life of a wanderer from  flat to flat, only taking refuge in the mythological space of Café Zuzanna, as the artist humorously depicts this overlaying of space and personality, inside and outside. Le Bohéme took place partly in a Parisian café, and in Café Einstein Stammhaus (2020), a café scene, with swirling gusts of uniform color, a table littered with wine glasses, a menu, a coffee, and a bill. This is the classic café setting, it could be in 19th century Paris, pre-communist Warsaw or in post-war Vienna, but it is in 21st century Berlin. As in many places, her works collapse figuration with a psychologized sense of exaggeration and visual hyperbole. In works such as Self-Portrait with red landscape (2020), an eerie, maroon landscape looks reminiscent of one of Edvward Munch’s symbolist affective tones. Always, there is a background, a new setting, and then the artist’s own perception: a key or portal to the artist-figure herself.

The Sower (1850) by Jean-François Millet is one work referenced explicitly by Bartoszek. It’s hard to ignore the political implications of Millet’s pastoral work. When Millet showed it in the 1850 Paris salon, the social conditions of French peasants were deteriorating, and socialism was disrupting the social stratification of post-Revolutionary French life. These classes were, then, on the move. But, unlike in Millet’s Sower, in Bartoszek’s rendering a sense of mobility and rootlessness is demonstrated rather through stylistic variance, like an overflow of images on a smartphone, which speaks to a different kind of wandering. In her works, the blur comes to stand for a mobility between color and styles, reference and people, self-expression and abnegation, specificity and aggregation, rather like lost lovers, flights of the imagination, or simply the many changing rooms of our lives.