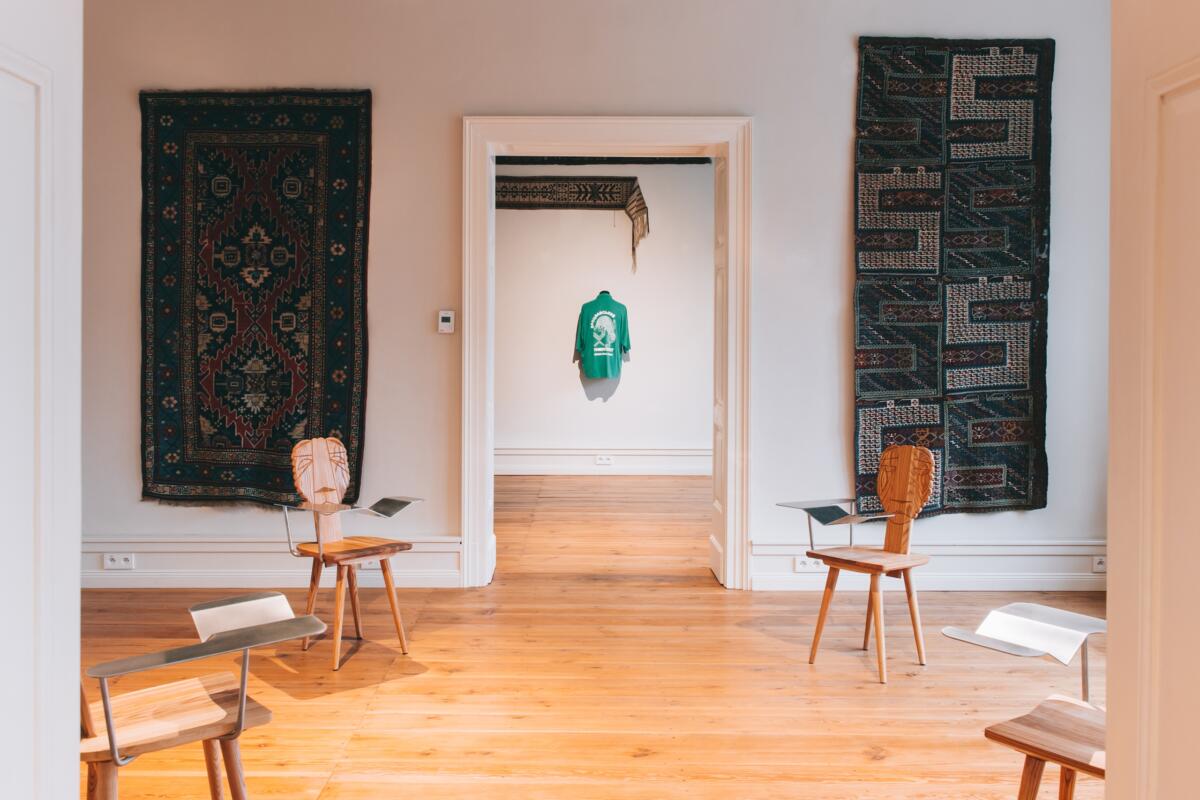 Slavs and Tatars’ exhibitions are nice to watch. You could say that it is a treat for the eye, twists and turns of ornamentation, synesthetically stroking surfaces composed of warps and wefts. A perfectly sensual appeal to the palate is made by the exhibition in the oh so tasty space that is the painstakingly refurbished tenement house of OP ENHEIM. Everything fits together. Like a perfect wedding ensemble: there is something old, something new, something borrowed, and something blue.

There are the remarkable sgabelli [zydels], nearly Karpatian in their carving, with the quintessentially Lvivian lion’s head on their backs. Why? Because the Livian textile collection arrived in Wrocław from Zakopane. Hence, there is also knowledge behind each of the subversive gestures which is, nonetheless, difficult to capture once it is distributed. It requires effort from the viewer. But it’s there. And so, as always in the case of this collective, the beautiful facade conceals a wise story.

The city of Wrocław is contemporarily Polish, before that German, and before that Piast, and even before that… After World War II, a large section of the population identifying with Polish culture was relocated here from Lviv, which was incorporated into the Ukrainian Soviet Socialist Republic. Currently, the largest Ukrainian migrant community on record in Poland is here, in Wrocław. A history of those migrations is not so much told as assembled into a stylish kaleidoscope, drawing a diagram of migrations through signifiers, signs, discourses, and processes in LONG LIVE LVIV/СЛАВА ЗА БРЕСЛАВА. 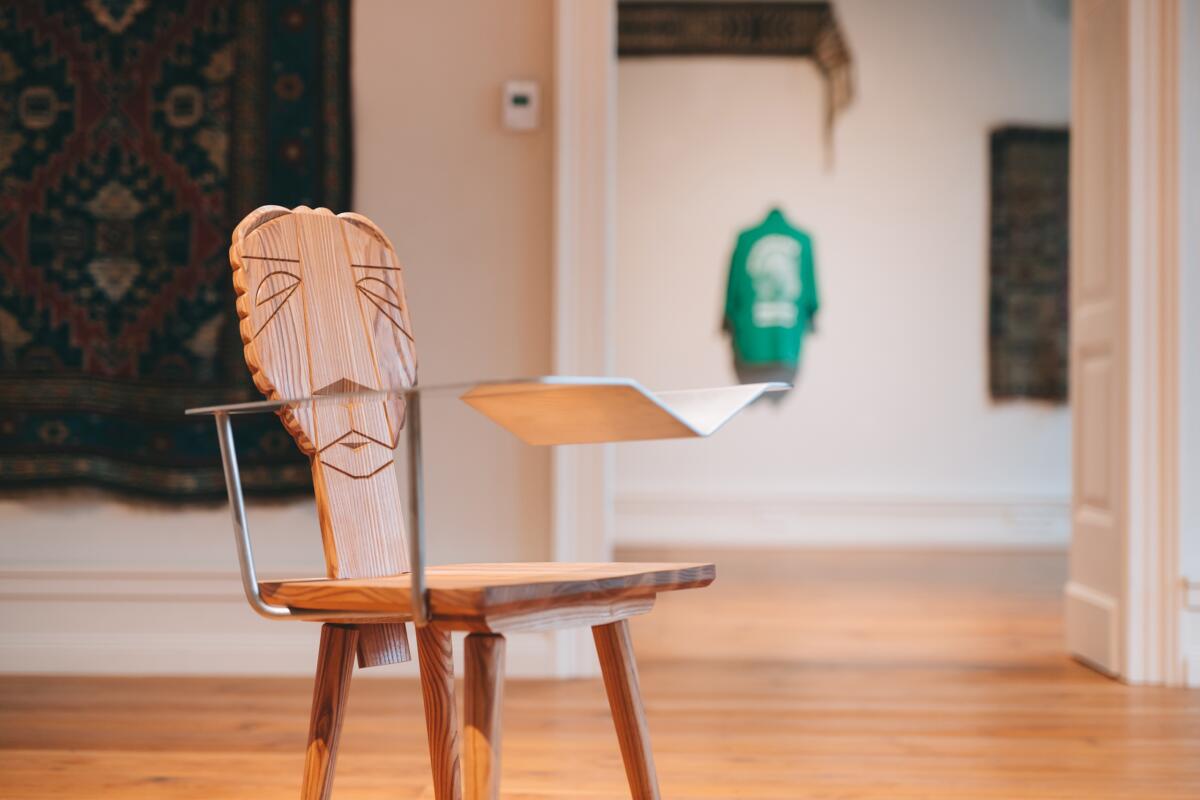 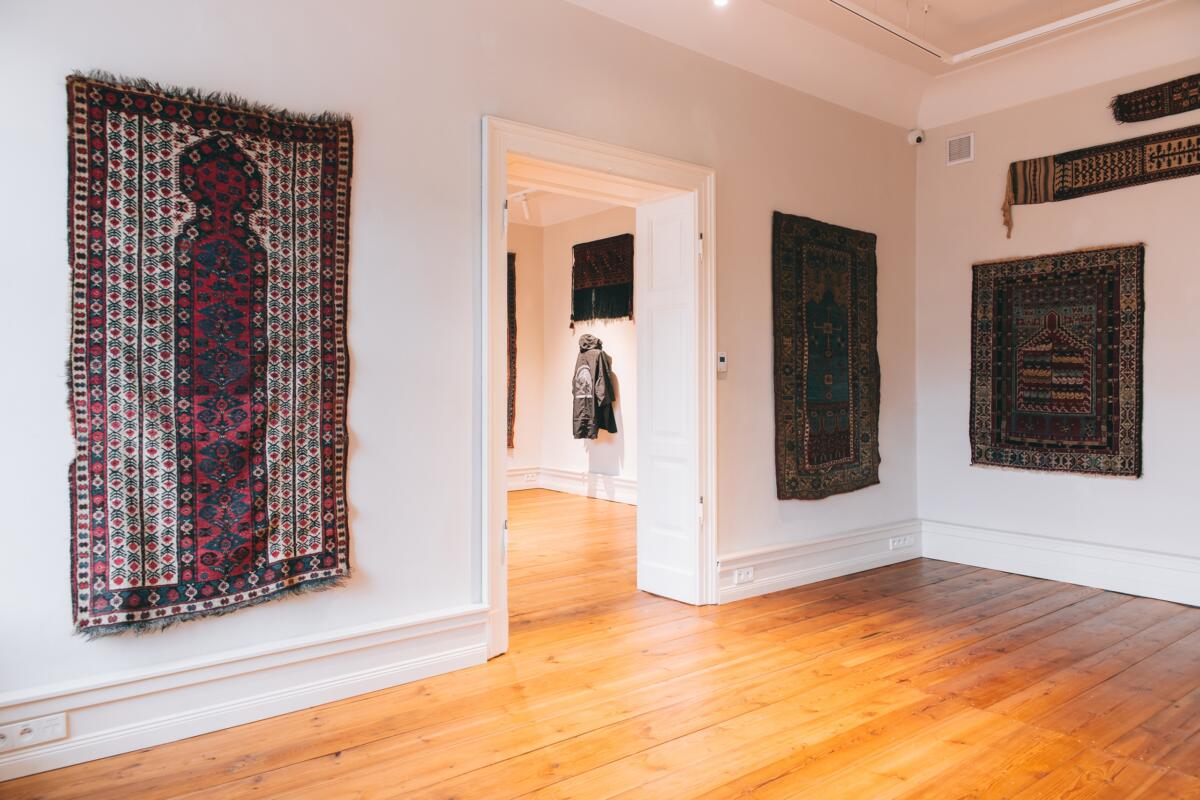 One of the stories invoked here in the public programme, as well as in the rug collection only suggesting but not saying the word “exotic”, revolves around the Alternative Institute of Oriental Studies, which is a Polish history of ‘oriental studies’ which flourished in Lviv/Lwów. The Polish Association of Oriental Studies was established in 1922 by professors of the Jan Kazimierz University in Lwów/Lviv, its goal was “making a contribution to the development of Polish oriental studies by means of conducting and supporting research on the peoples of Asia and Africa.” Their association still functions, and you can read their claims on their website, that “it managed to eschew all manner of ideologisation.” . I would very much like to read their inter-war writings and learn about the contemporaneous shape of colonial discourse. 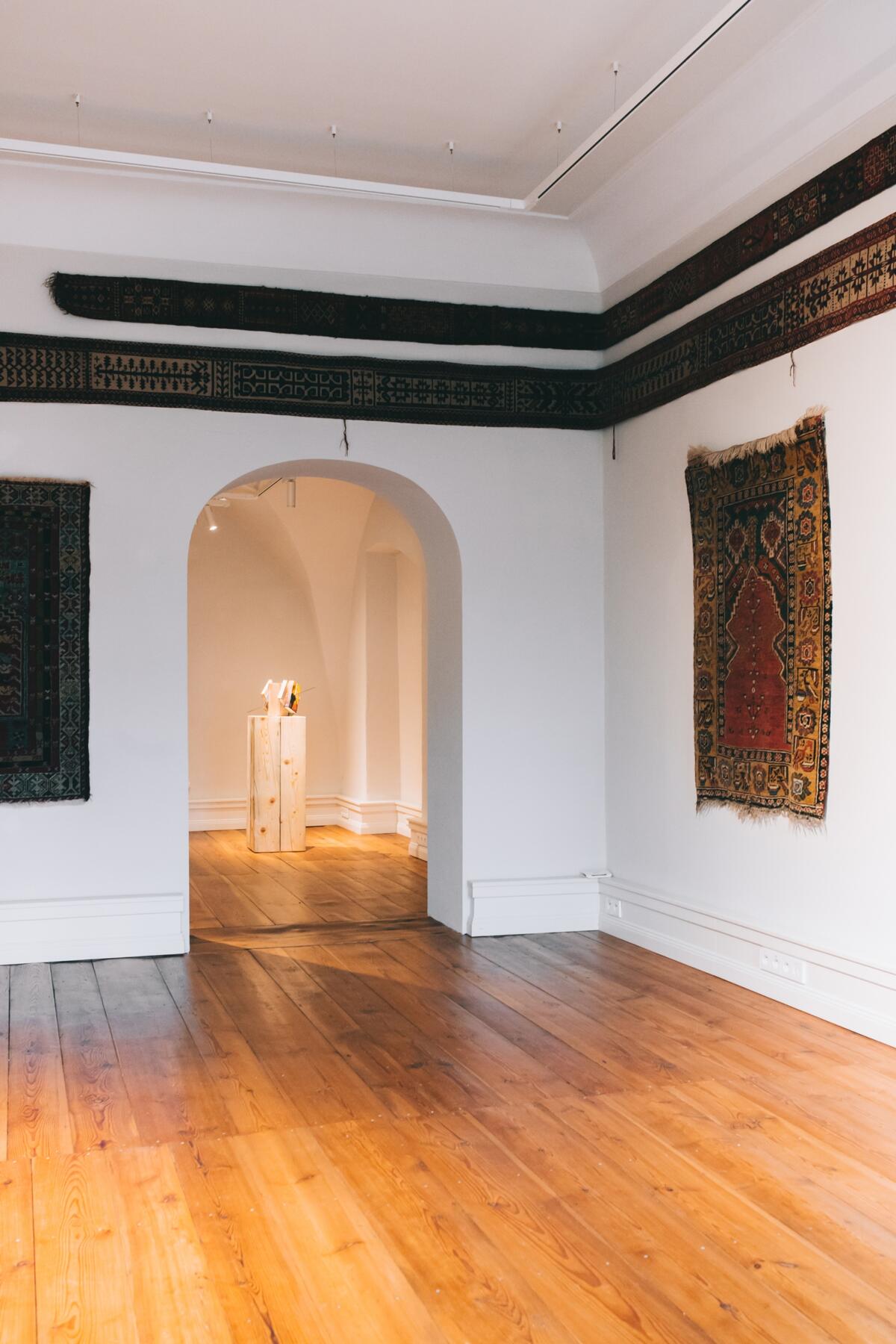 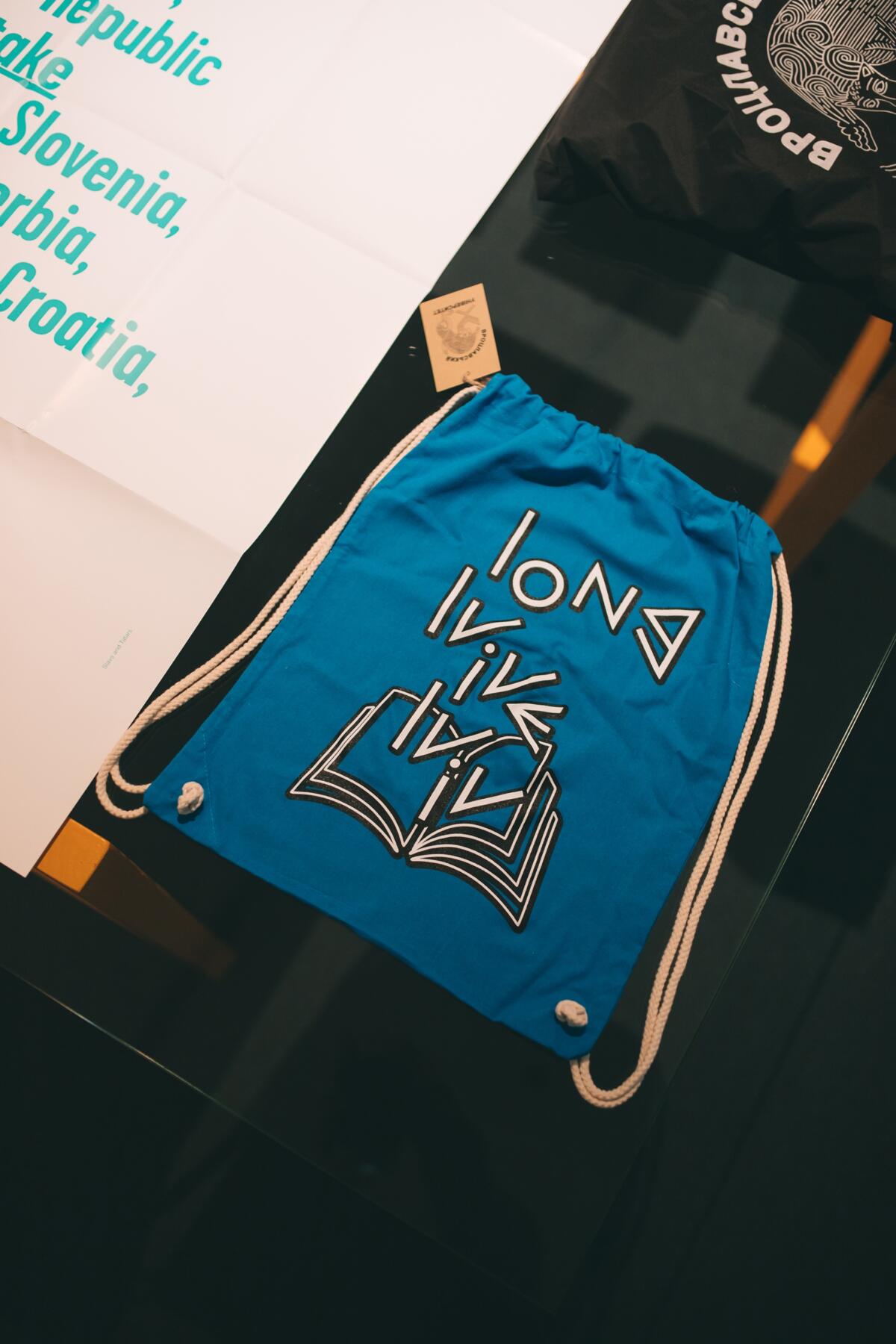 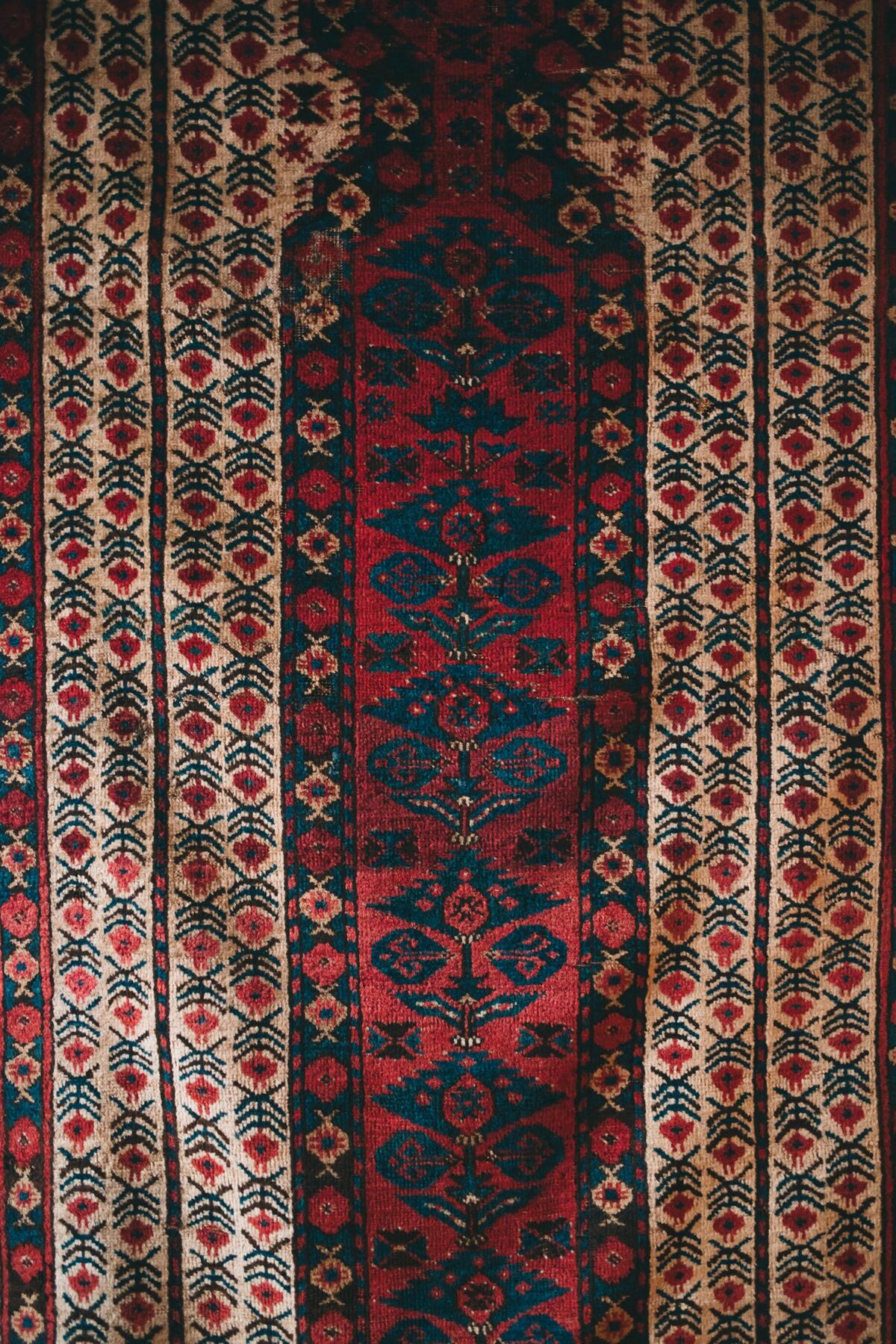 Another story present in the exhibition is that of the Włodzimierz and Jerzy Kulczycki Collection, which were placed under floorboards in an attempt to preserve them during WWII and subsequently rescued. A remarkable selection is presented in the exhibition; Eastern carpets and textiles, presently in museum collections in Krakow and in Zakopane, had been property of the father, a veterinarian, and the son, an archeologist. The objects, dated between the 16th through 19th centuries, originate in the regions of the Middle East and Central Asia (e.g.: Turkey, Persia, and the Caucasus), with which Poland maintained vibrant, namely economic, relations. 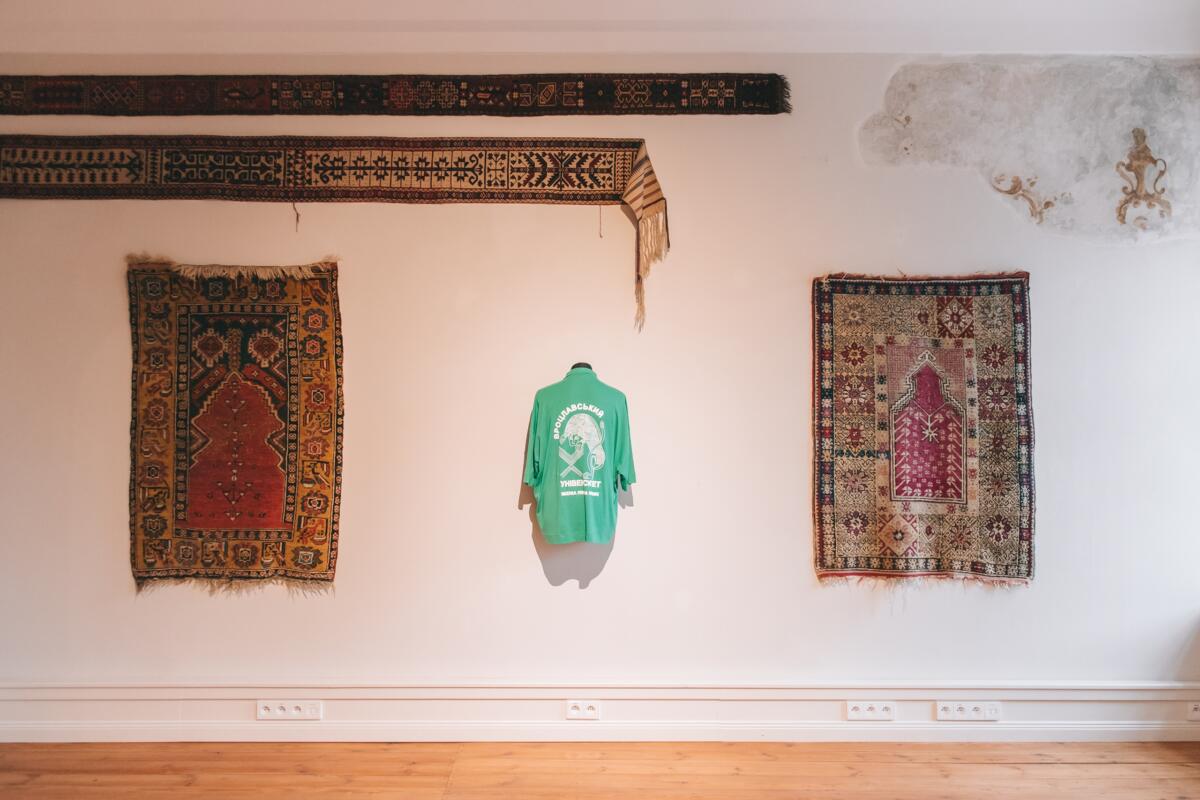 While we’re on the subject of money, the exhibition also includes a stall where one can buy merchandise, the likes of which Shortparis would have us envision as what is contemporary Eastern, according to their music videos.

Another interesting element is the programme of ZA*group, who explore the condition of artists from abroad who are living in Poland. My personal discovery through the programme is the poet Teodor Ajder, who sewed with the audience during one of the events, a term that he has coined ‘immigrantism’, or, a rootedness in being a new-comer, an out and simultaneously sider (from ‘outsider’). 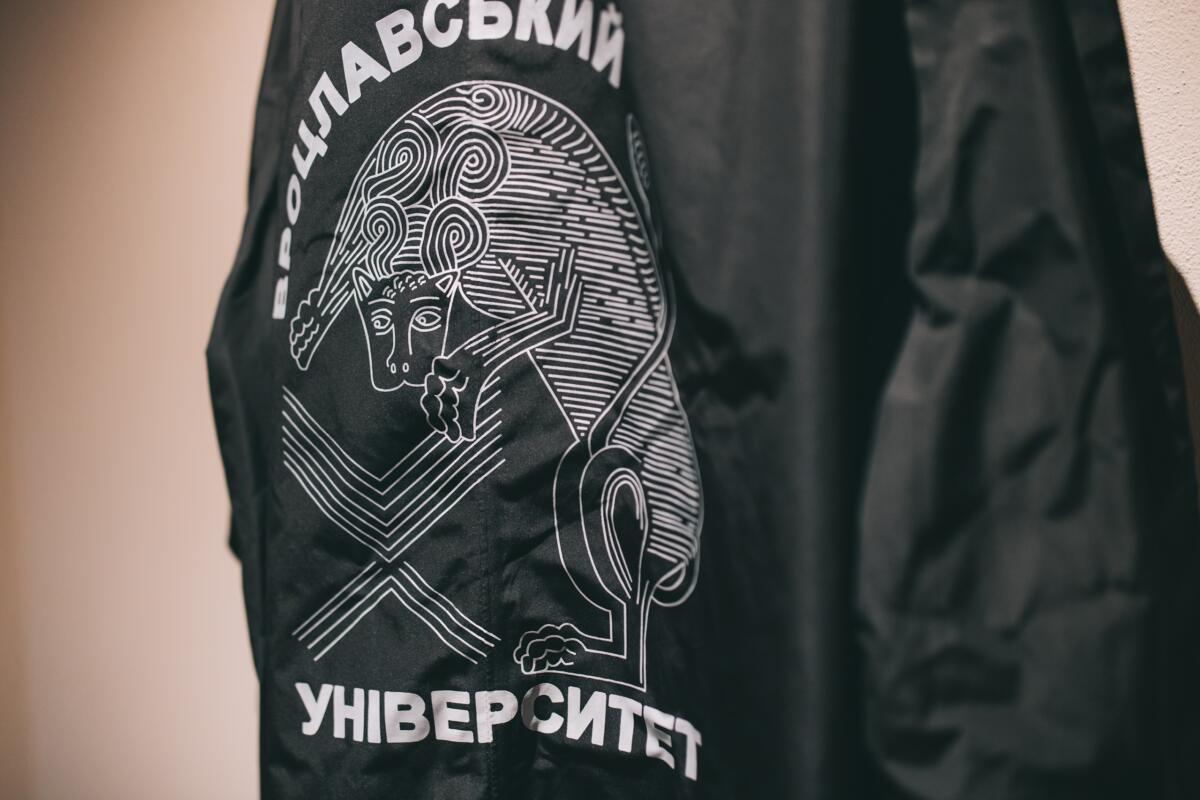 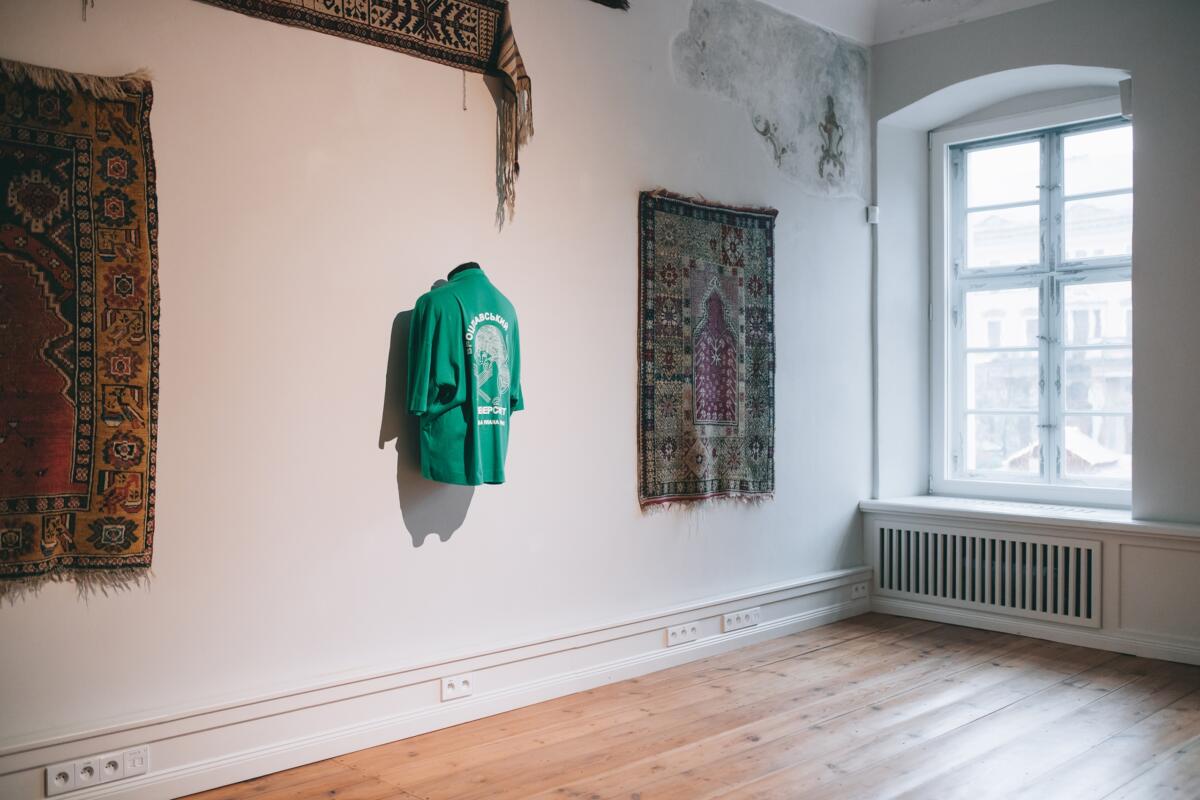 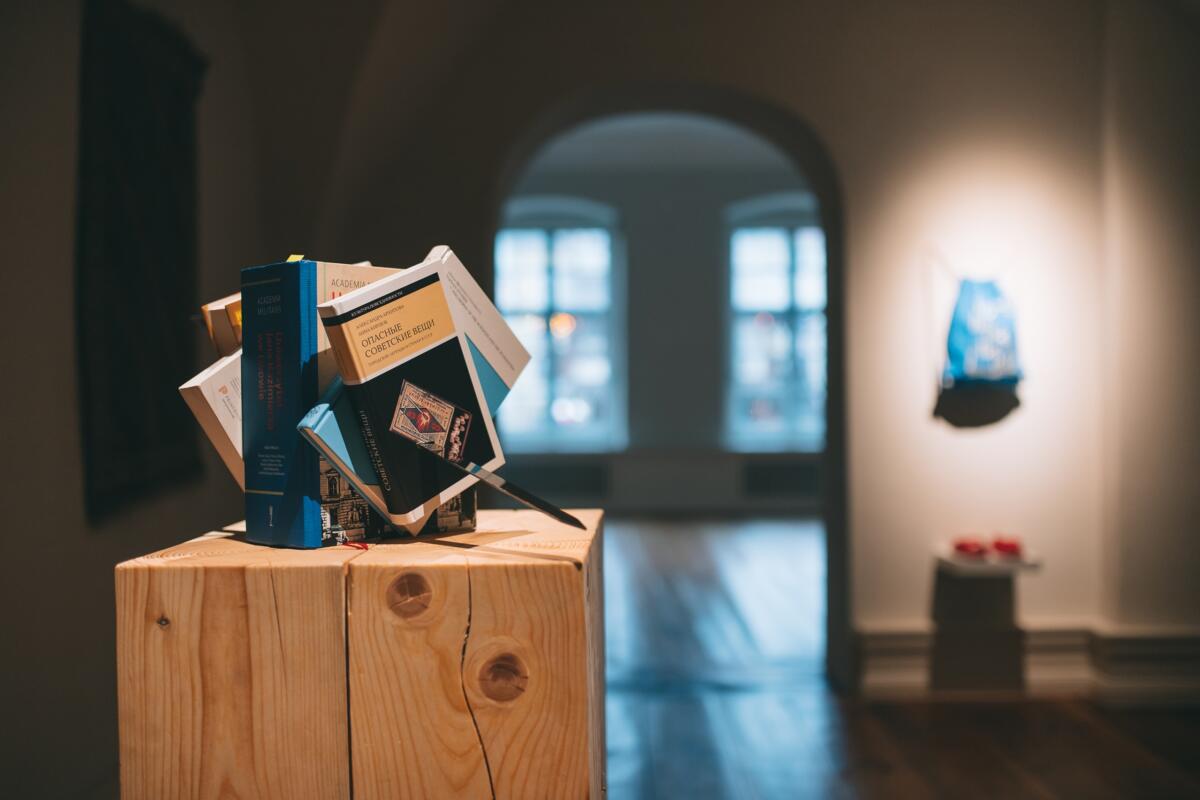 Slavs and Tatars like to juggle. The charming exhibition and interesting accompanying programme at once recollects and makes memorable histories fabular, while bringing contemporary motifs related to migration and the merging of cultures in Poland into the field of vision. You can sink your teeth into the exhibition by participating in its opulent programme, or simply enjoy a sensually stimulating, swift run-through – as though flying on a carpet. Like the title suggests: where you live long, the salute is sudden. From the myth of Vratislavia to the realistic condition of contemporary migrants, this exhibition casually presents connections between supra-regionally comprehensible forms and conventions. To end, I would like to employ the sentiments of orientalism as the habit of decolonilzation in our field of vision in the work of Slavs and Tatars, and confess that personally, my favorite gesture of theirs was the inclusion of the rug that was once shown at Ujazdowski Castle in Warsaw a couple of years ago, which was produced in the town of Gadka Stara [Old Yarn]. I just like their sense of humour. 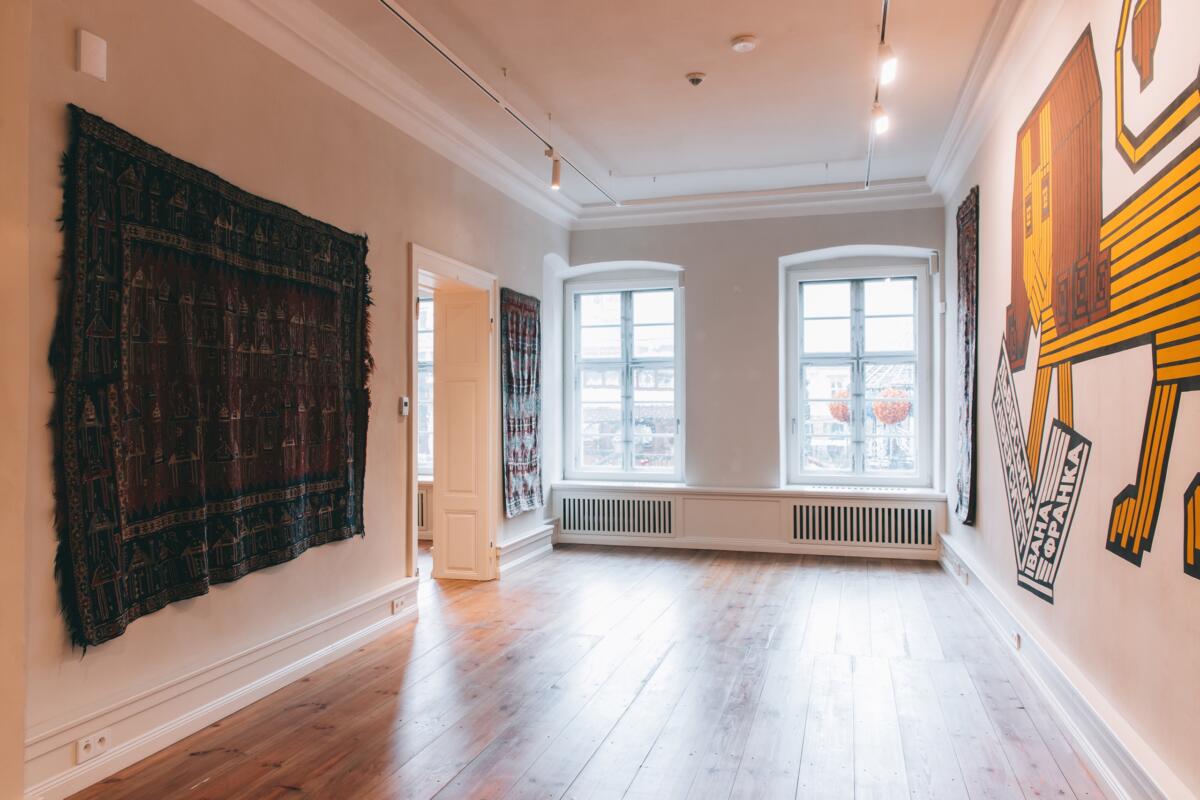 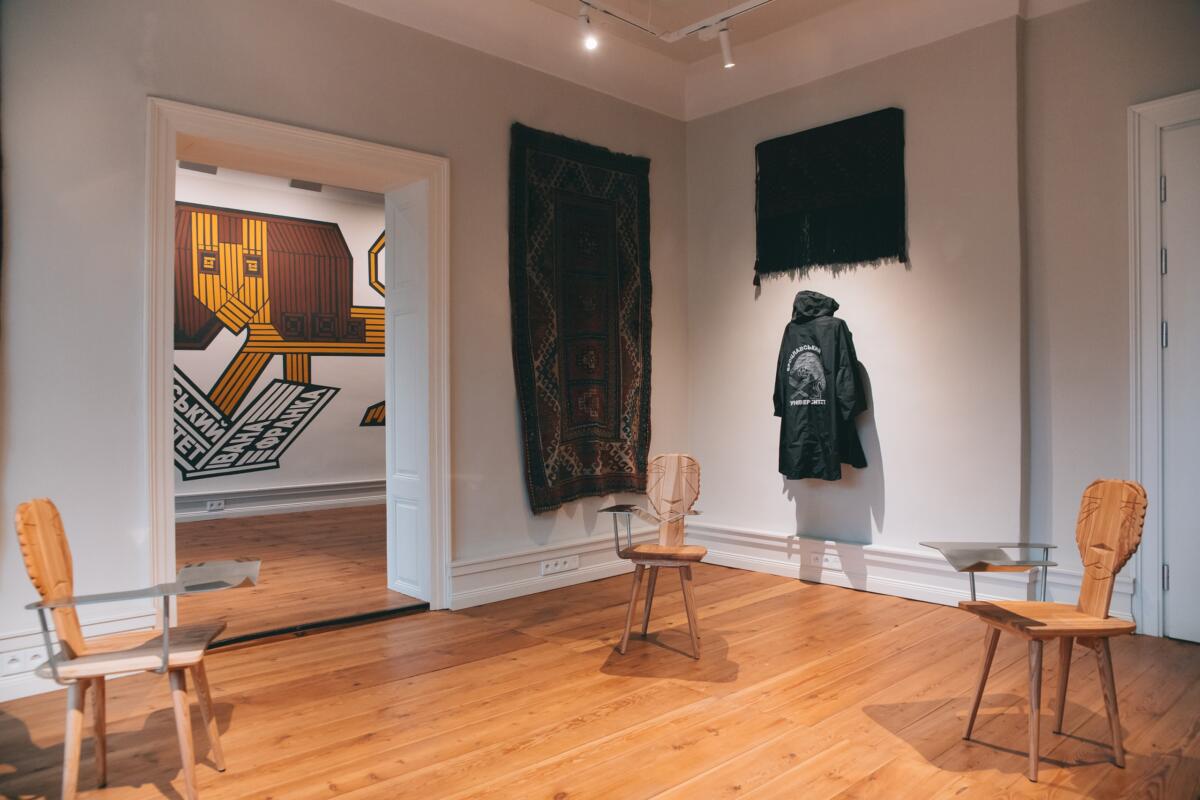 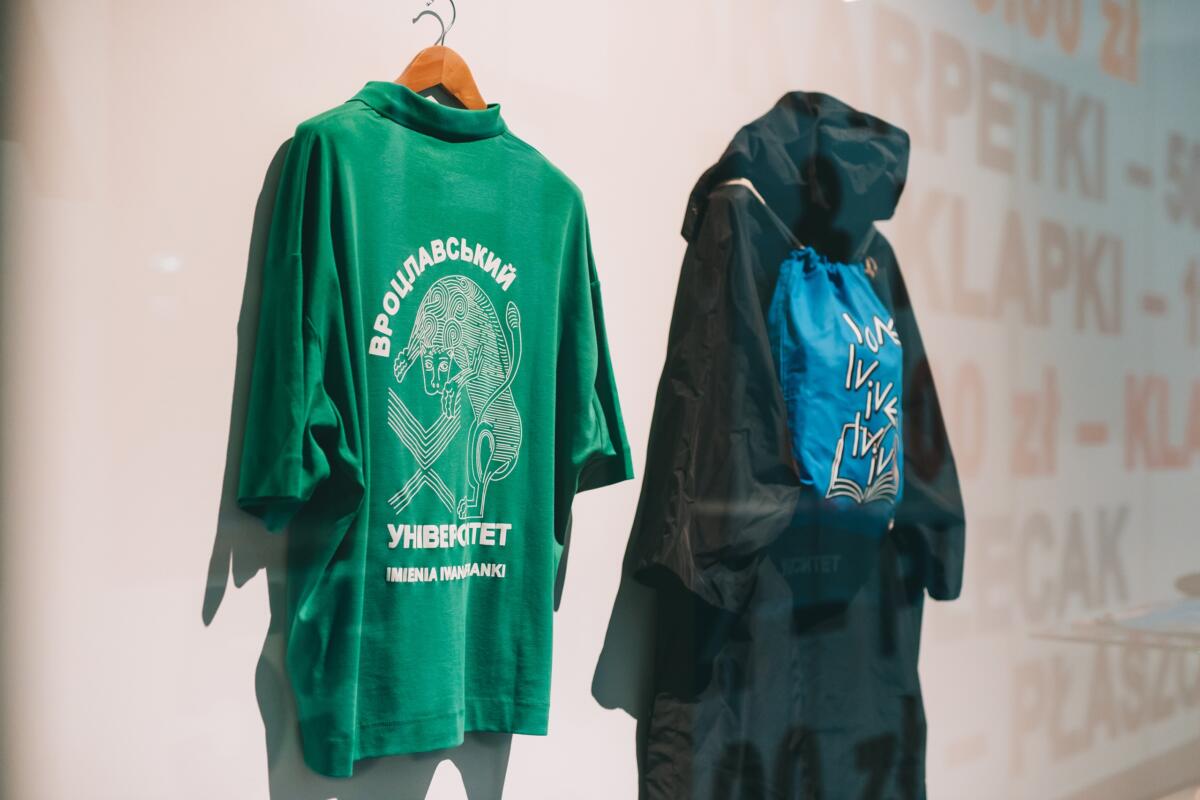 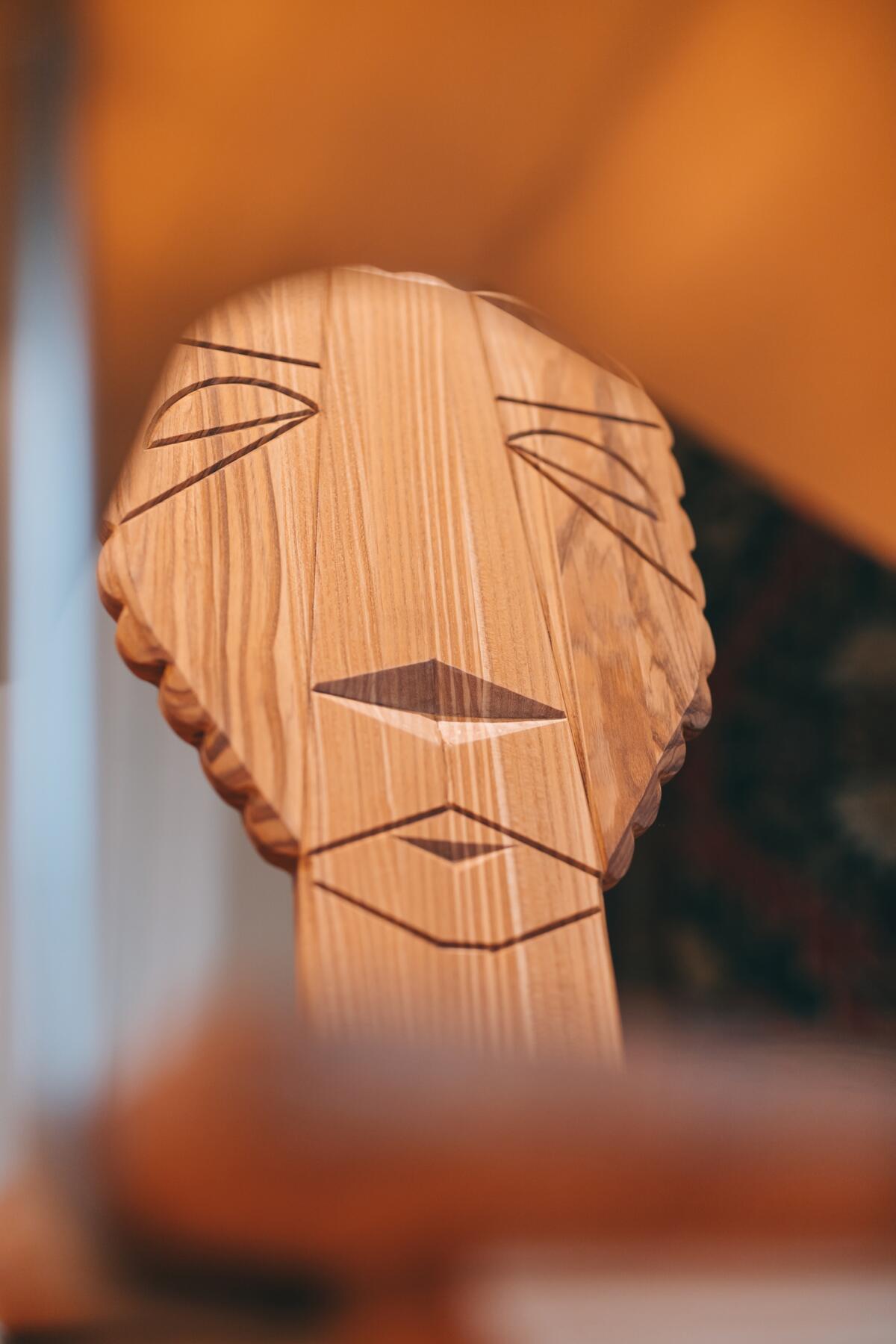 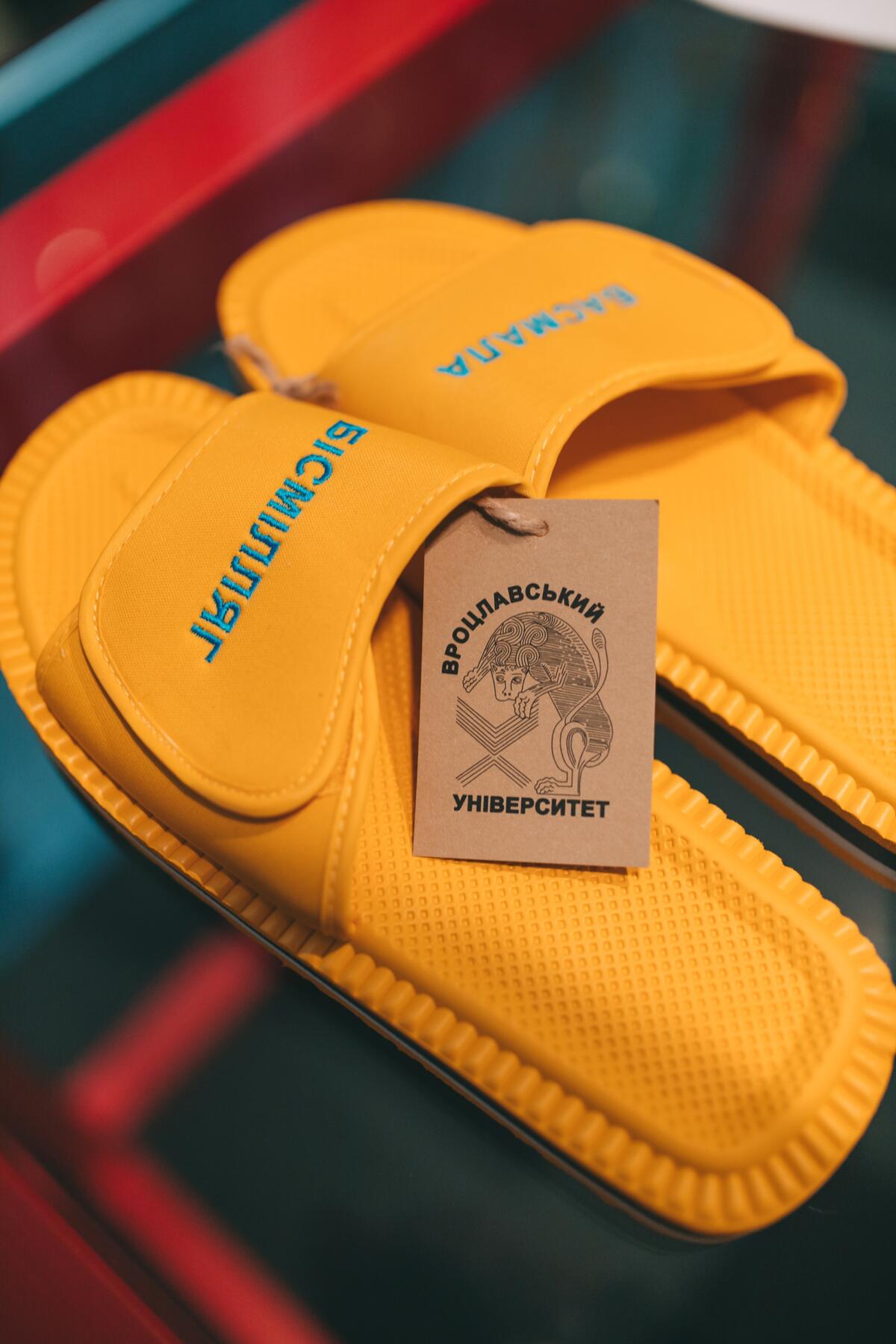 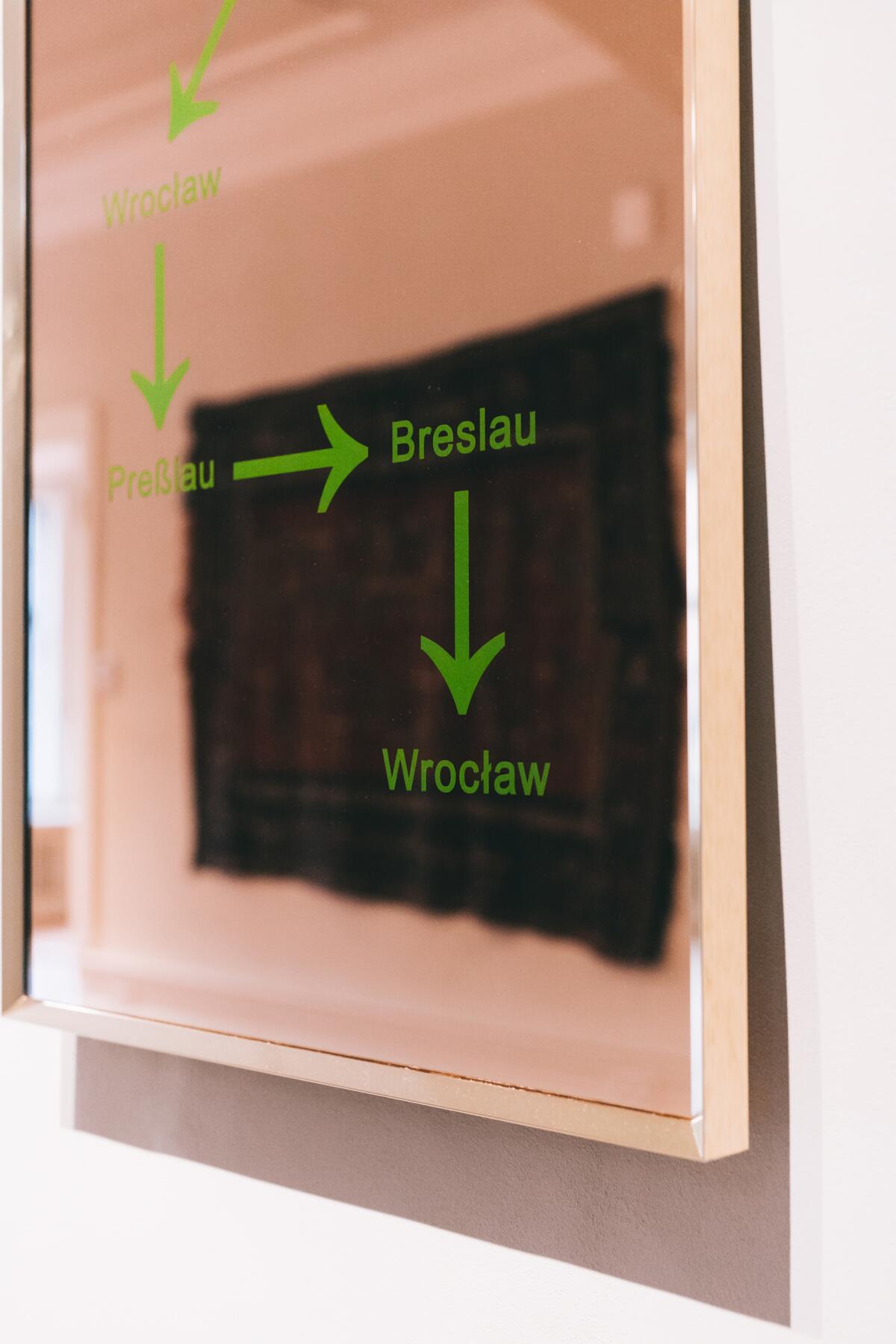 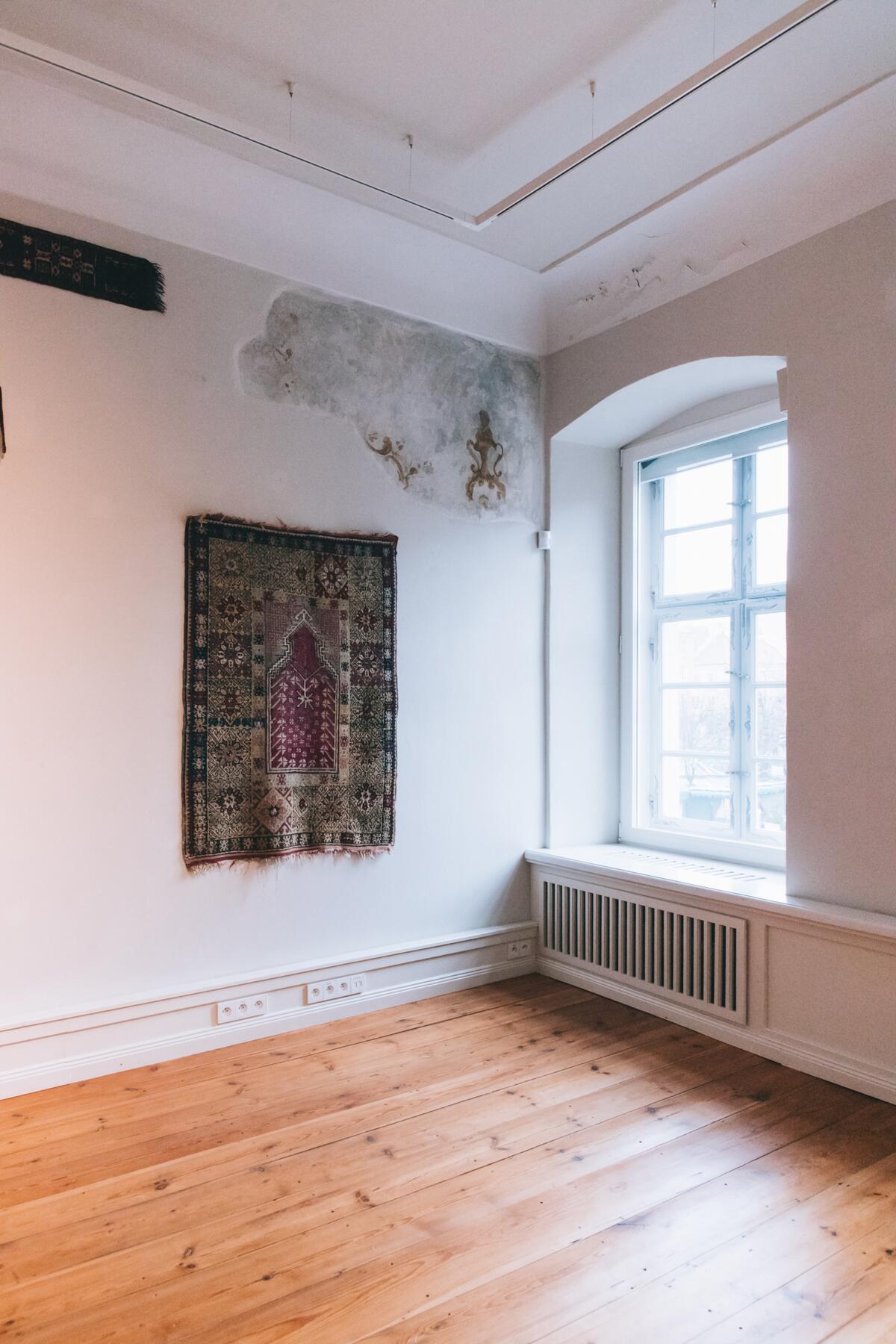 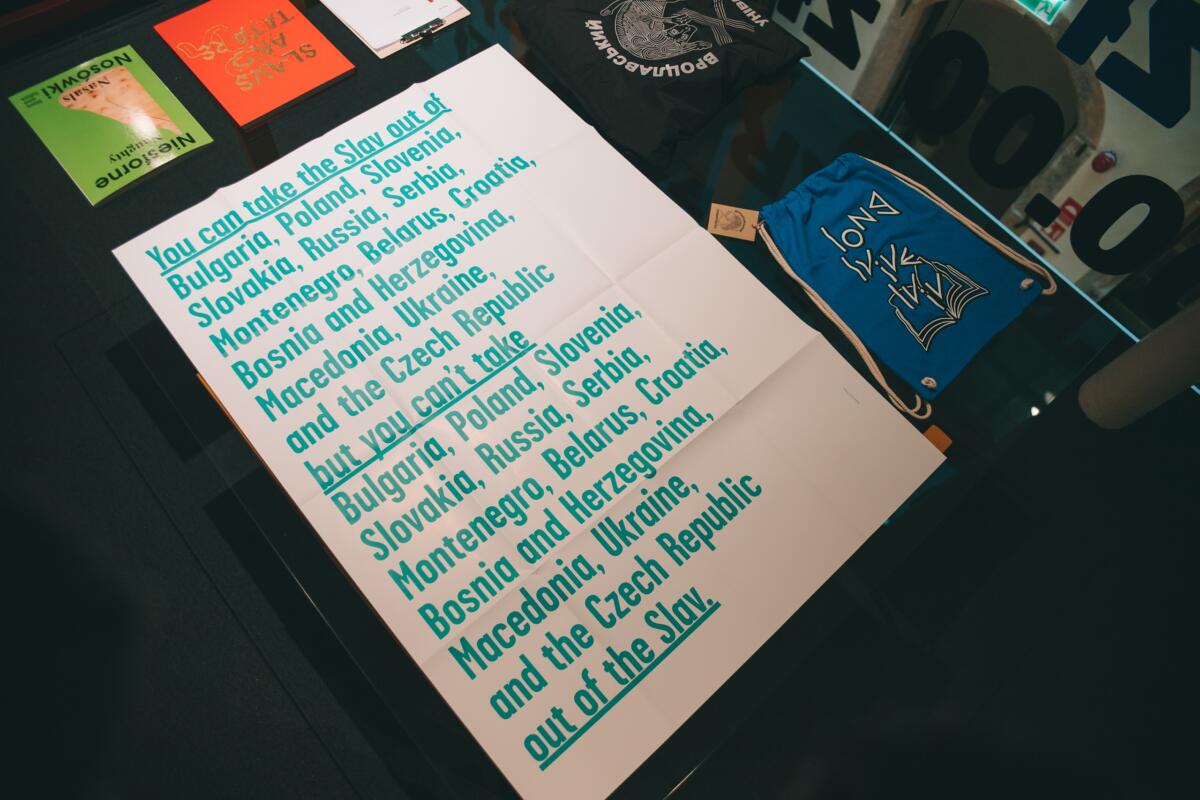 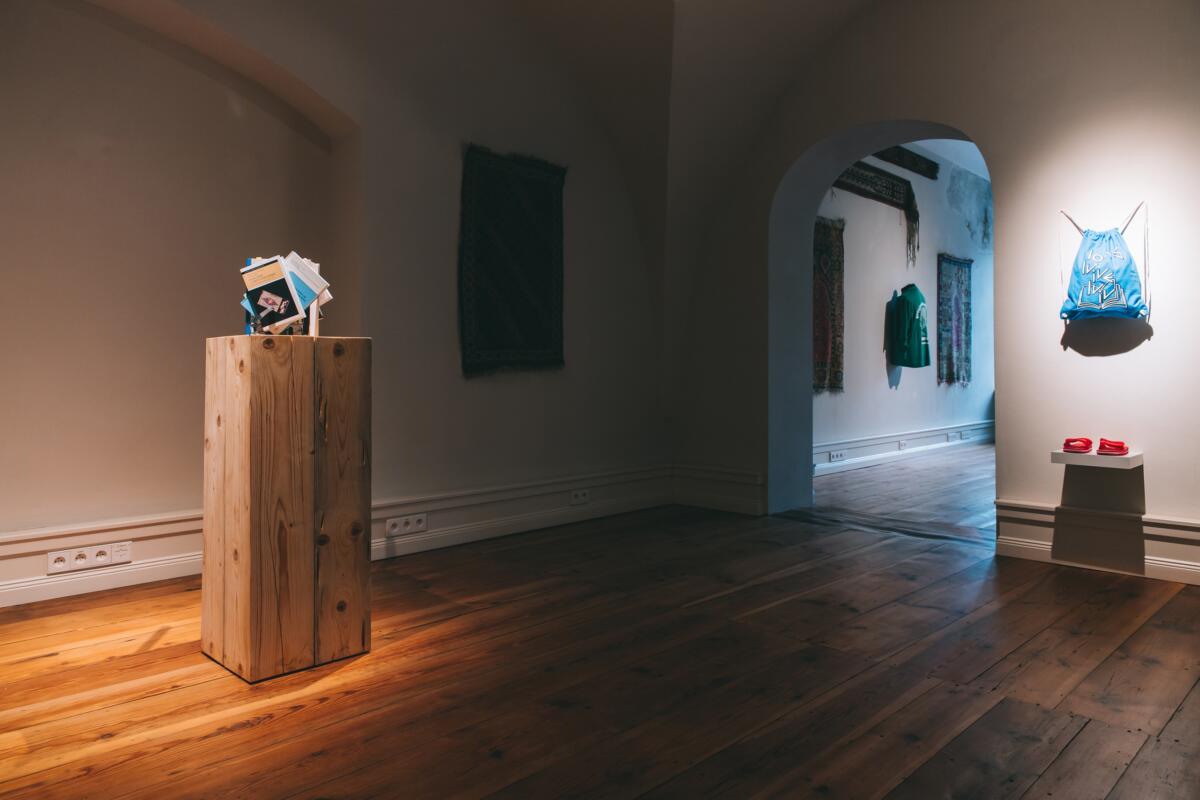