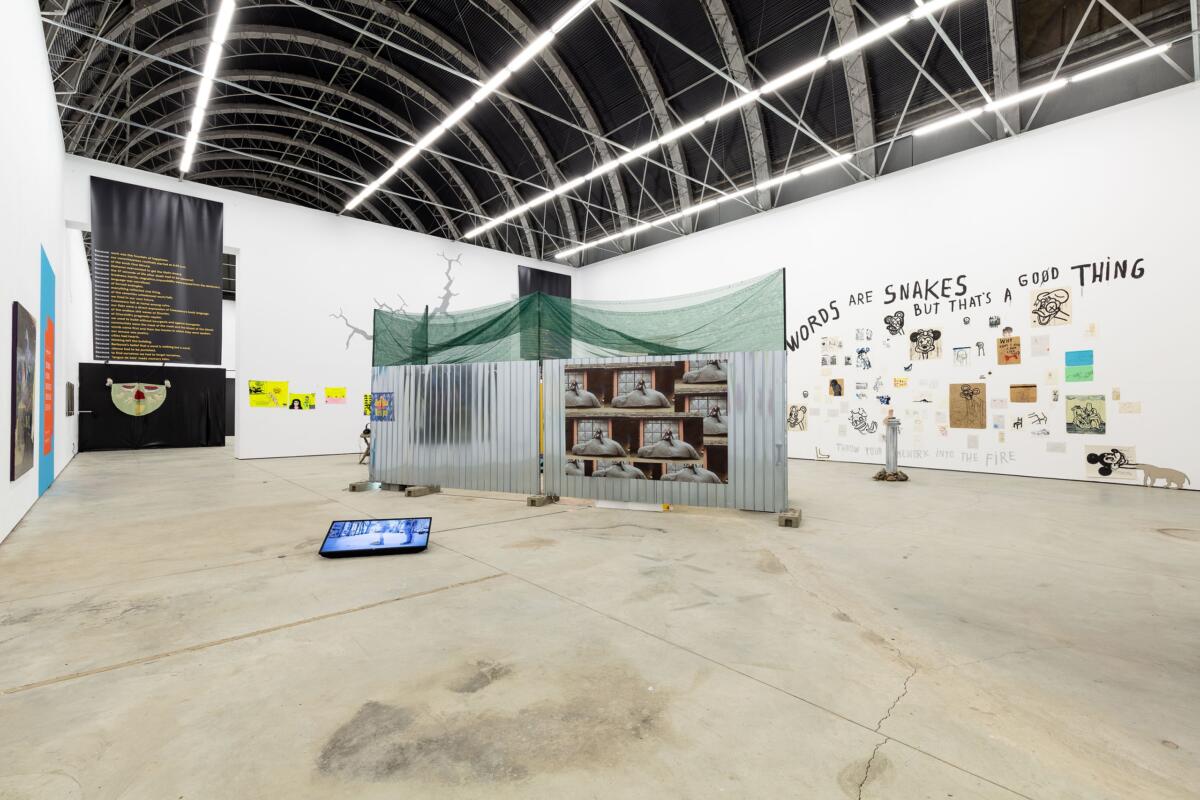 TRIUMF AMIRIA. The Museum of Queer Culture [?] in partnership with The National Museum of Contemporary Art (MNAC), has the pleasure to present the series of statement exhibitions YOU FEEL ~ AND DRIFT ~ AND SING in a tentacular approach in four art venues in Bucharest: Combinatul Fondului Plastic, Suprainfinit Gallery, Spatiul THE INSTITUTE, SWITCH LAB.

YOU FEEL ~ AND DRIFT ~ AND SING exhibitions include more than 100 works and work series by 38 artists and artist collectives and represents the tangible result of research into the queer artistic practices happening in Romania since 2001. The exhibition marks the two decades passed since the landmark repeal of Article 200 of the Penal Code of Romania in 2001 which criminalized same sex relationships. 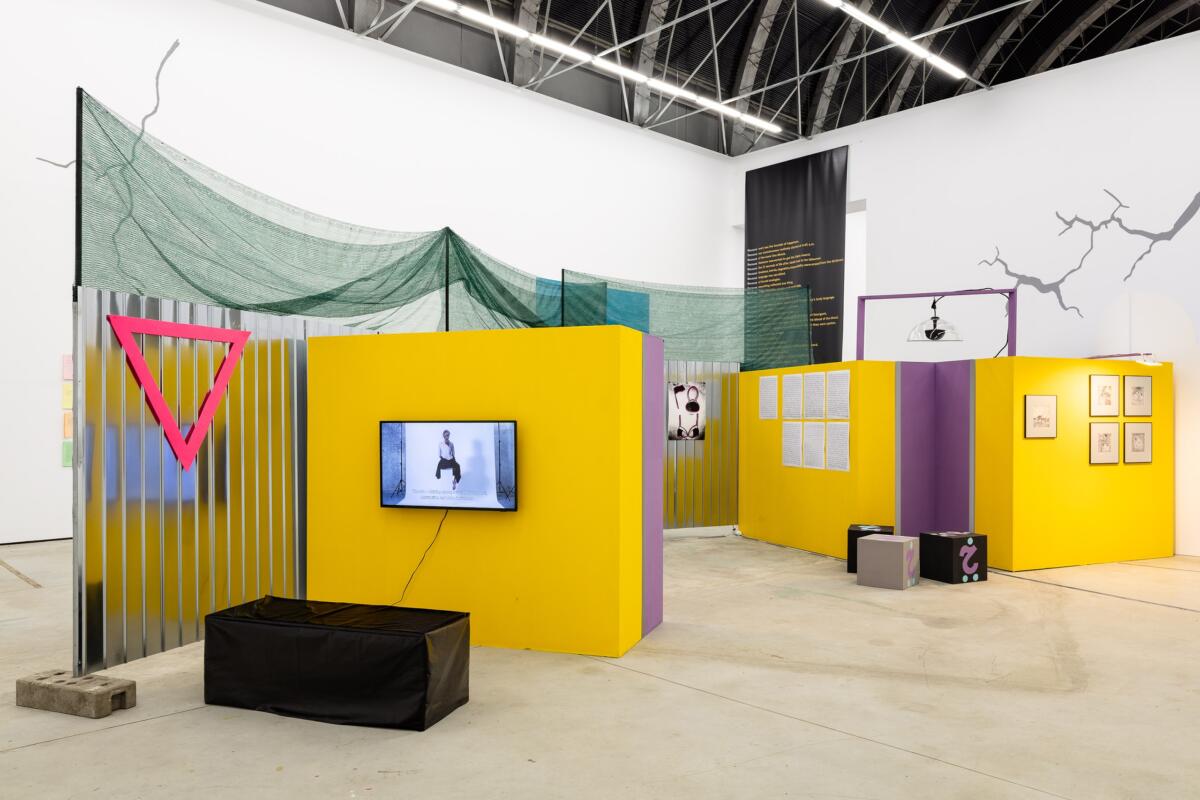 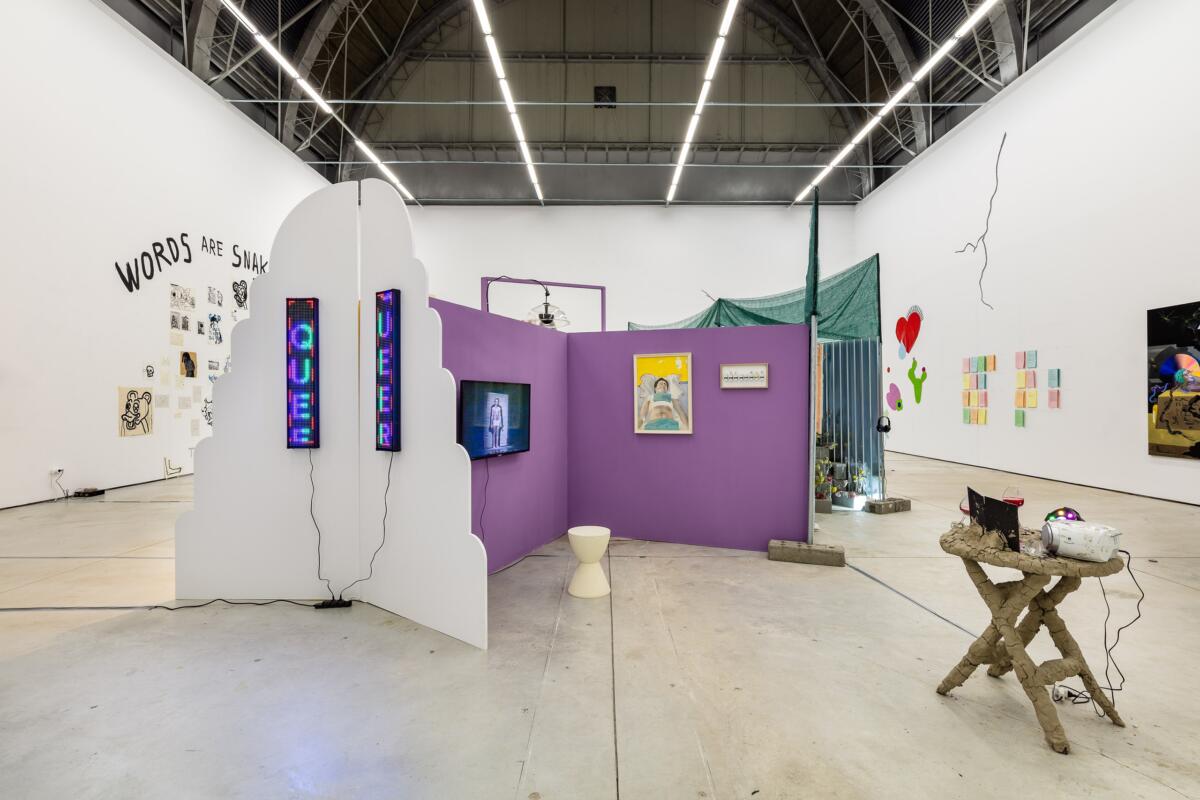 The exhibition can be navigated in multiple ways, for example:

*) a multidimensional puzzle in which 245 queer narratives coexist and diffuse one into another under the reigning aspects of love, empathy and the critical spirit empowered at the level of the hyperbolic

*) an imperatively necessary ~ fragile ~ precious forum resisting restrictive definitions of scope, where the boundaries between the public space (the agora) and the private worlds become blurred thanks to the adventurous ~ magical ~ surprising exhibition layout created together with the architect Laura Paraschiv / CIRCA 1703 – 3071

*) a nonlinear expected ~ unexpected ~ immersive retrospective account of two decades or queer artistic production in Romania. No themes have been imposed beforehand, but they emerged following in-depth research and conversations with the artists.

*) A revelry-free celebration in which we invite you to feel ~ drift ~ sing among an abundance of queer artistic voices chanting about identity, desire, trauma, ecology, healing rituals, a daring and progressive future, differences, stigmatum, racism, the contemporary art system, the reclaim of public spaces, the splitting off definitions and oppressive norms, the language and neologisms of an extended vocabulary, fluidity and generosity.

“Placing an exhibition (or, better said, a series of exhibitions of the likes of YOU FEEL ~ AND DRIFT ~ AND SING) in an ‘in-between’ state – fluid, myria-narrative and tentacular – has meant deep collaboration with numerous artistic communities while exploring answers to a few questions: Who are, or who should be, the invited artists given the budget constraint of 30 artistic openings? How can we enable a generous, nuanced and surprising spectrum of queer or queering work in the exhibition? How can we keep a constructive equilibrium between established voices which have consistently been contributing to the queer discourse in Romania and internationally in the two decades in scope, and more recent, emerging voices, with various gender expressions etc?” – explain the members of KILOBASE BUCHAREST. 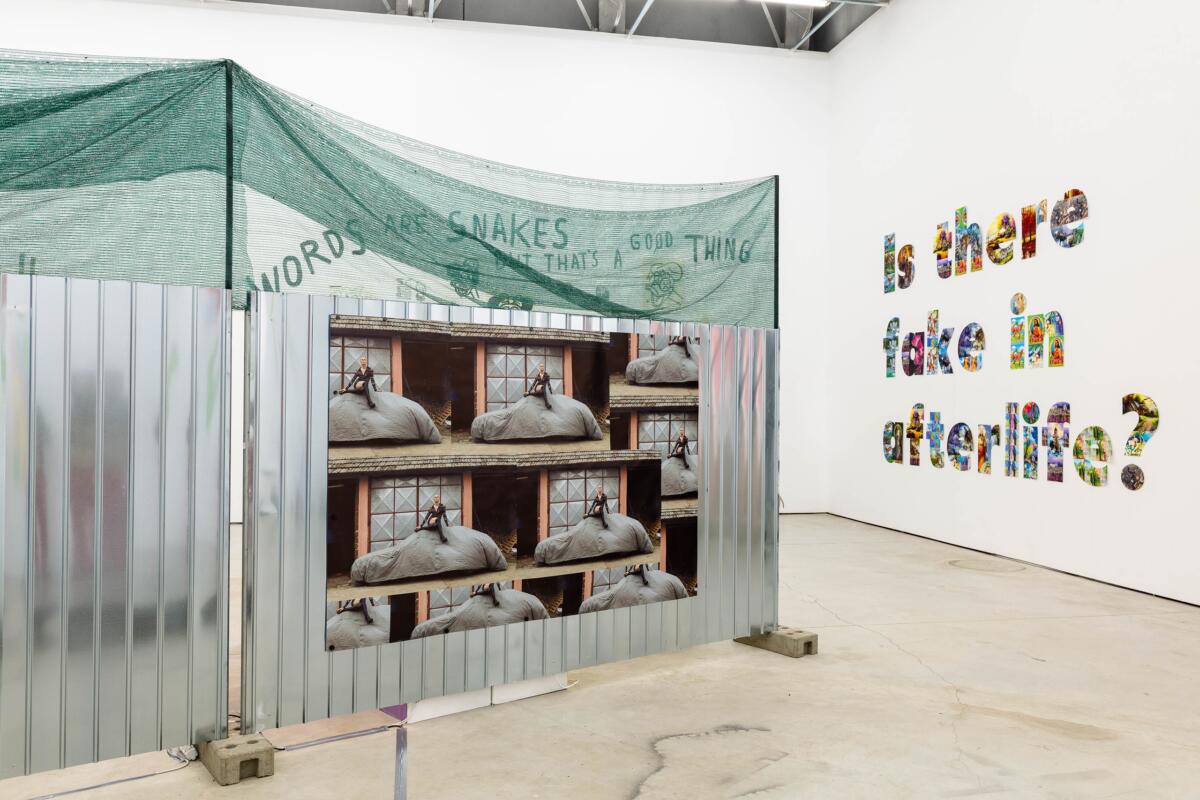 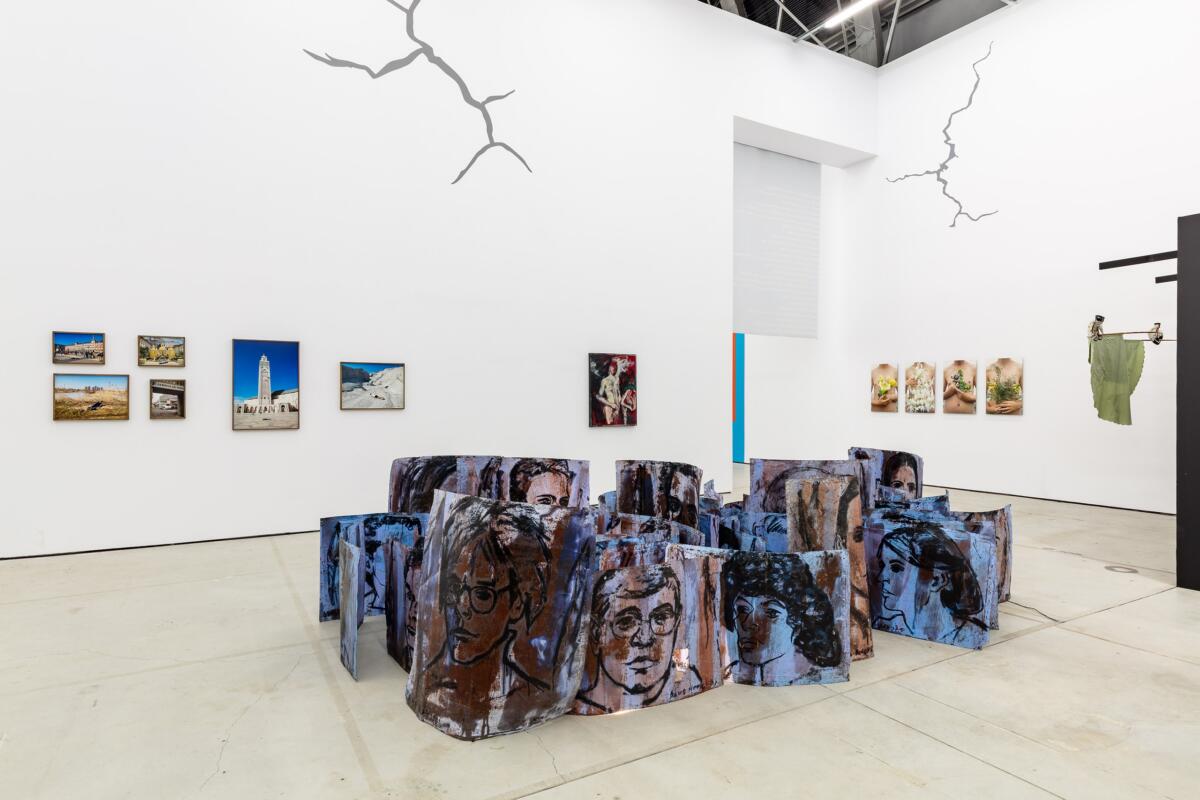 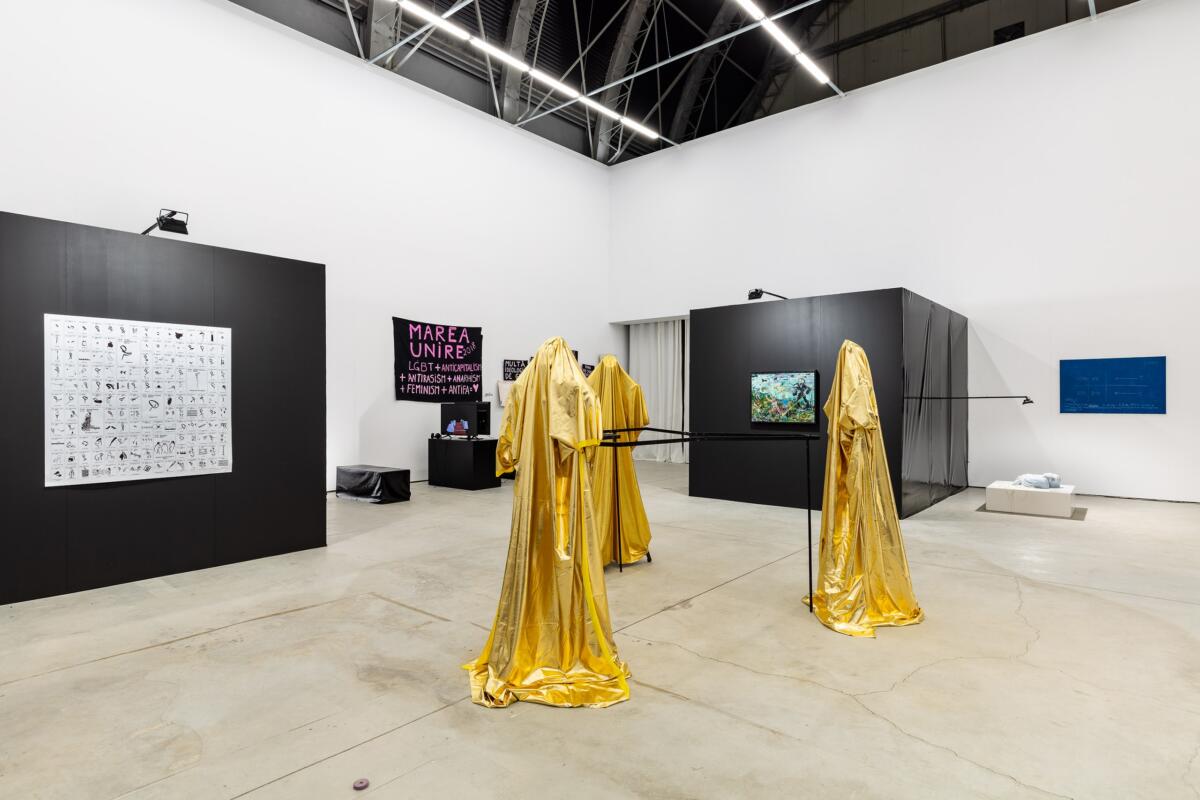 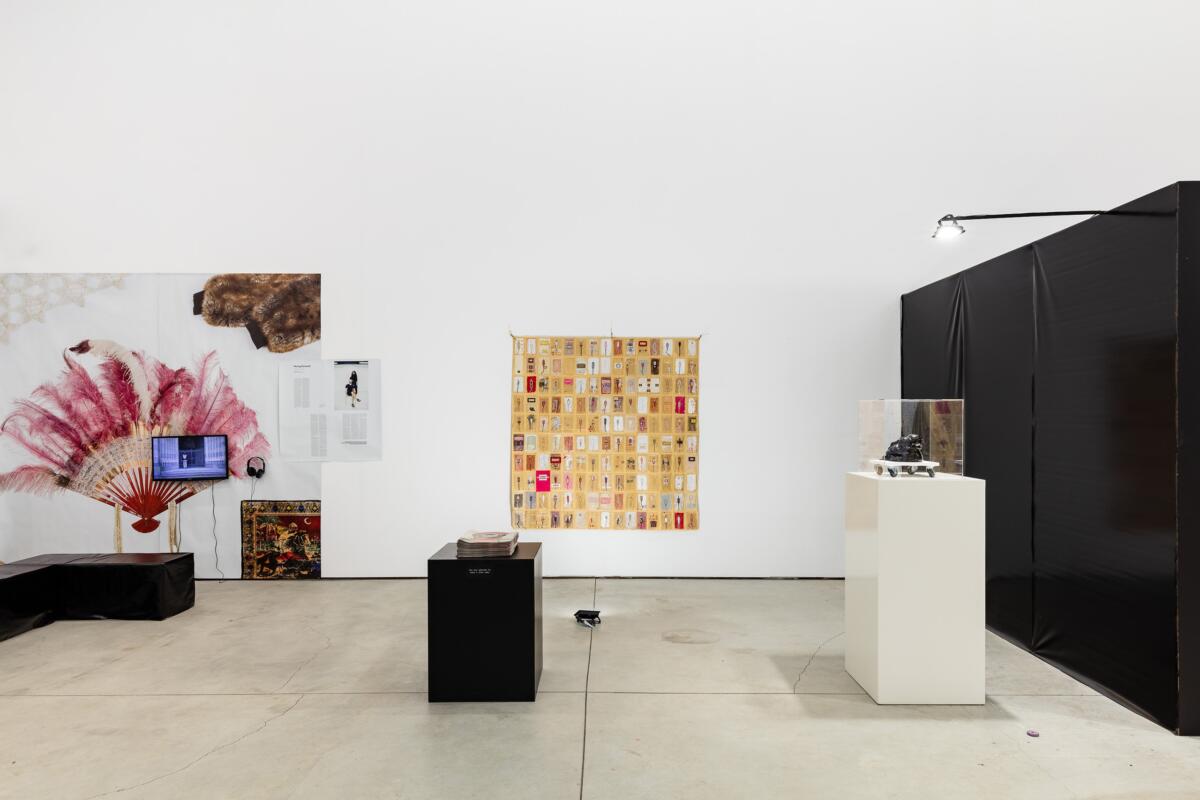 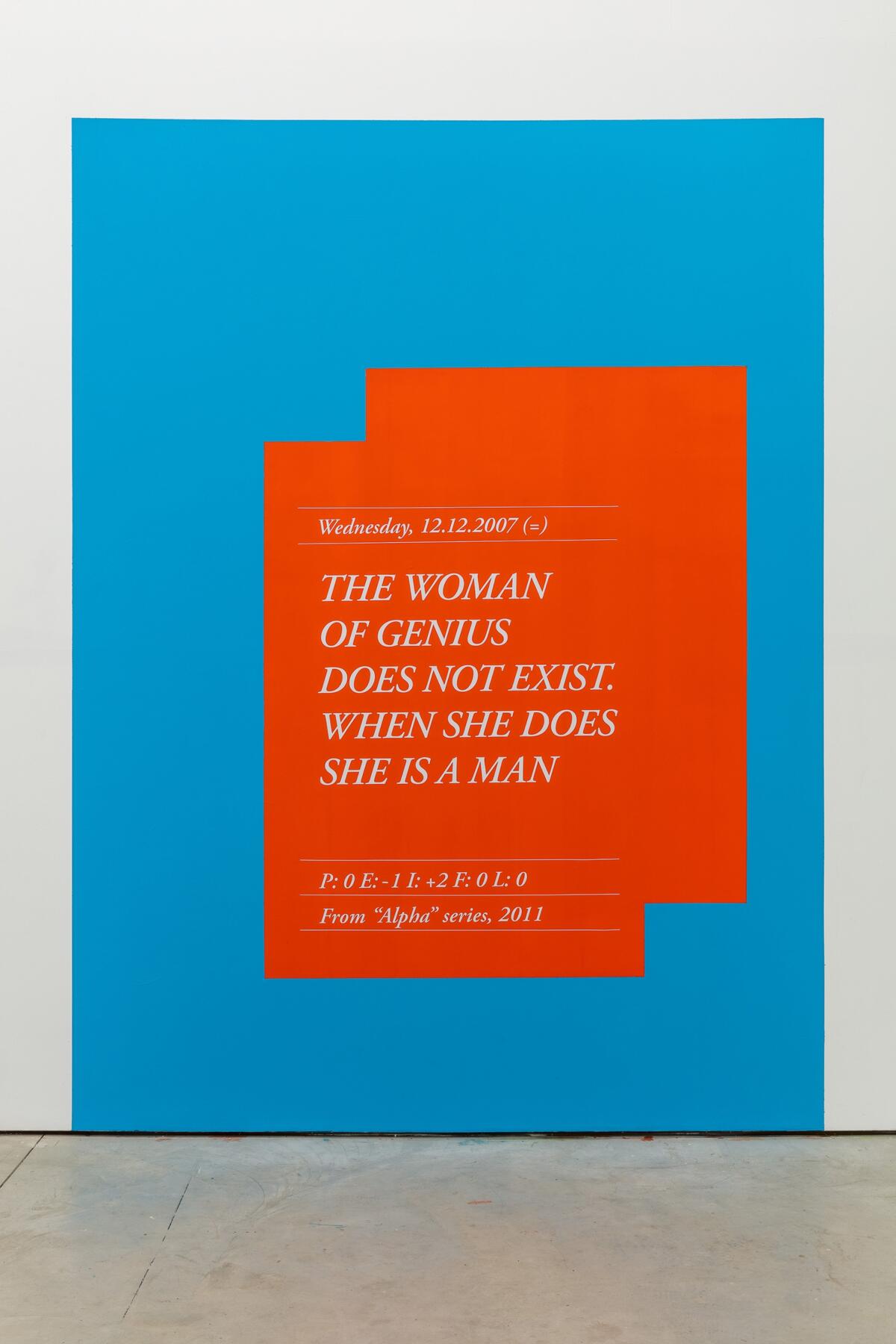 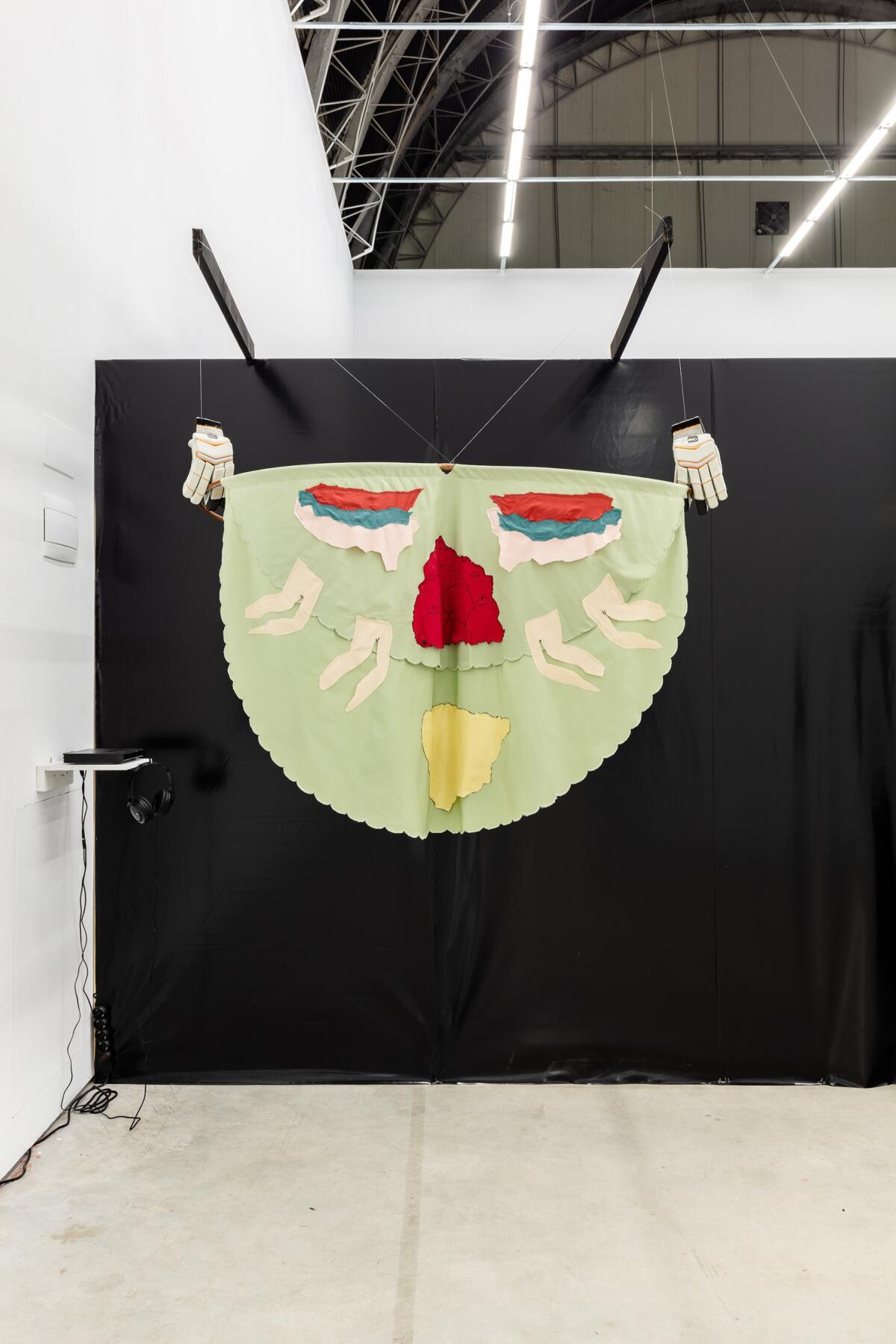 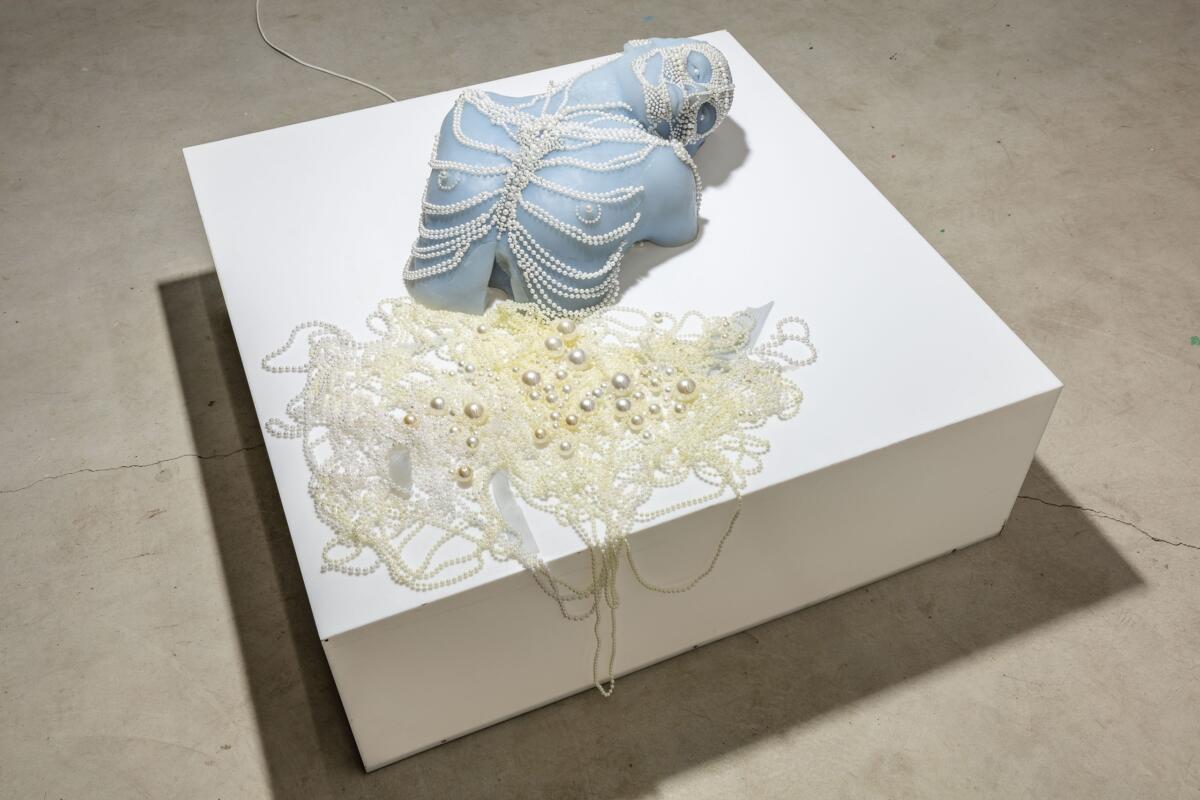 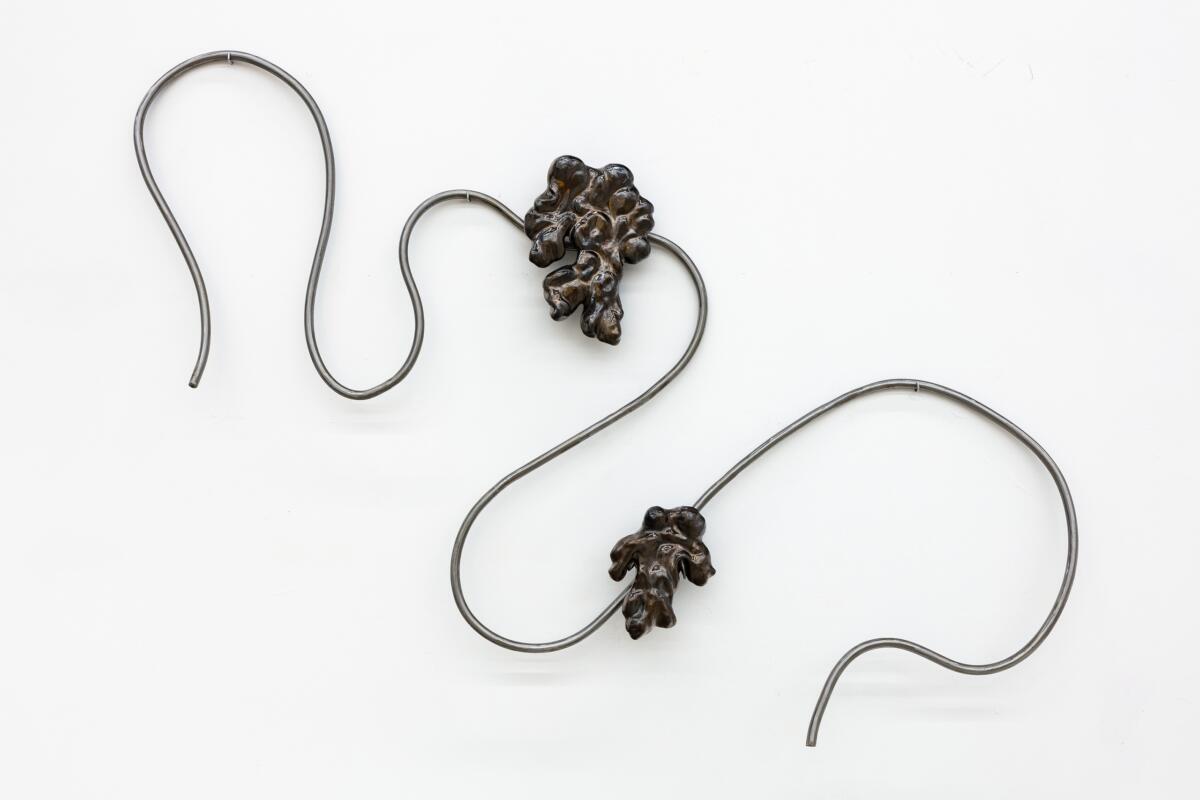 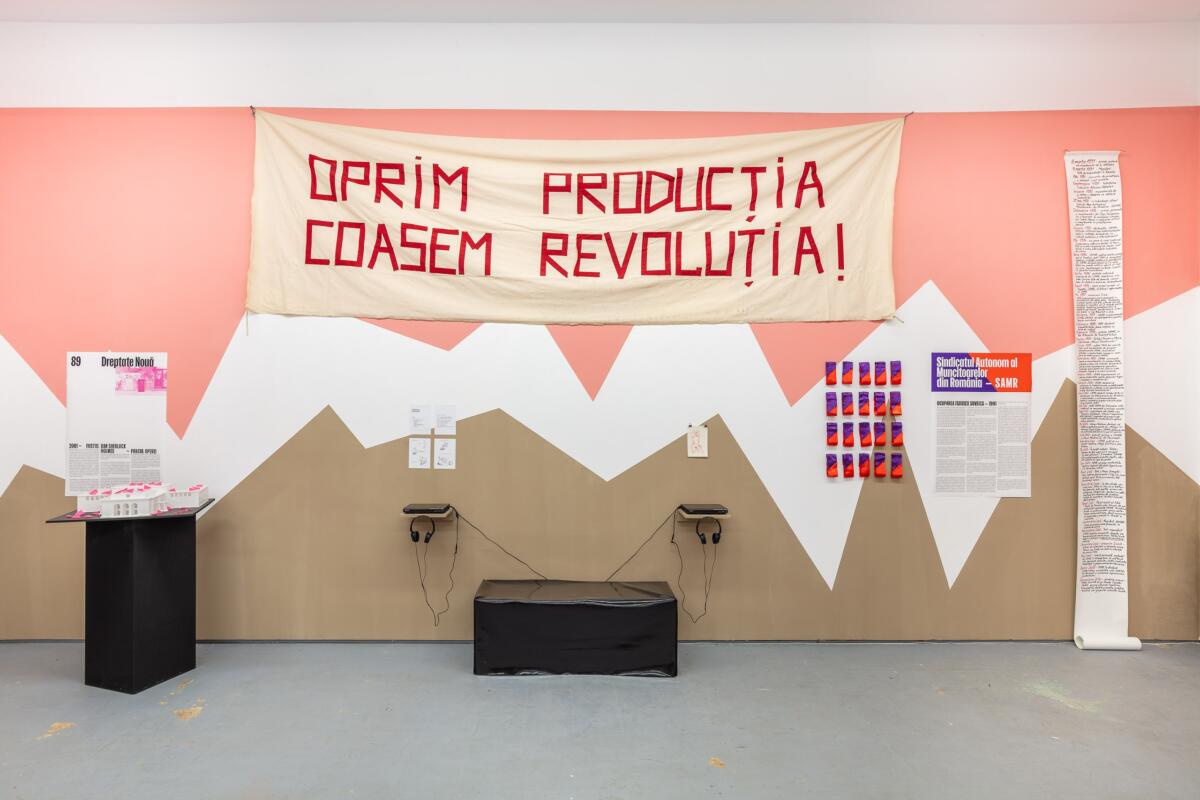 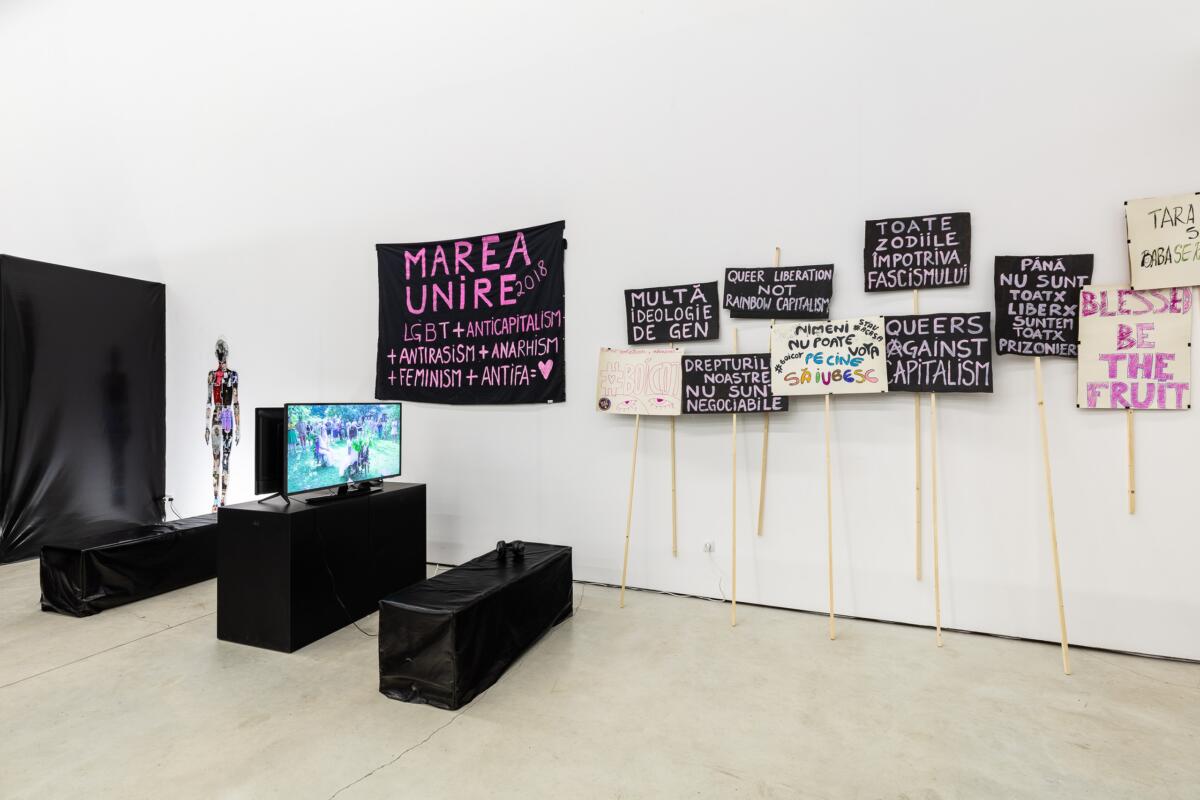 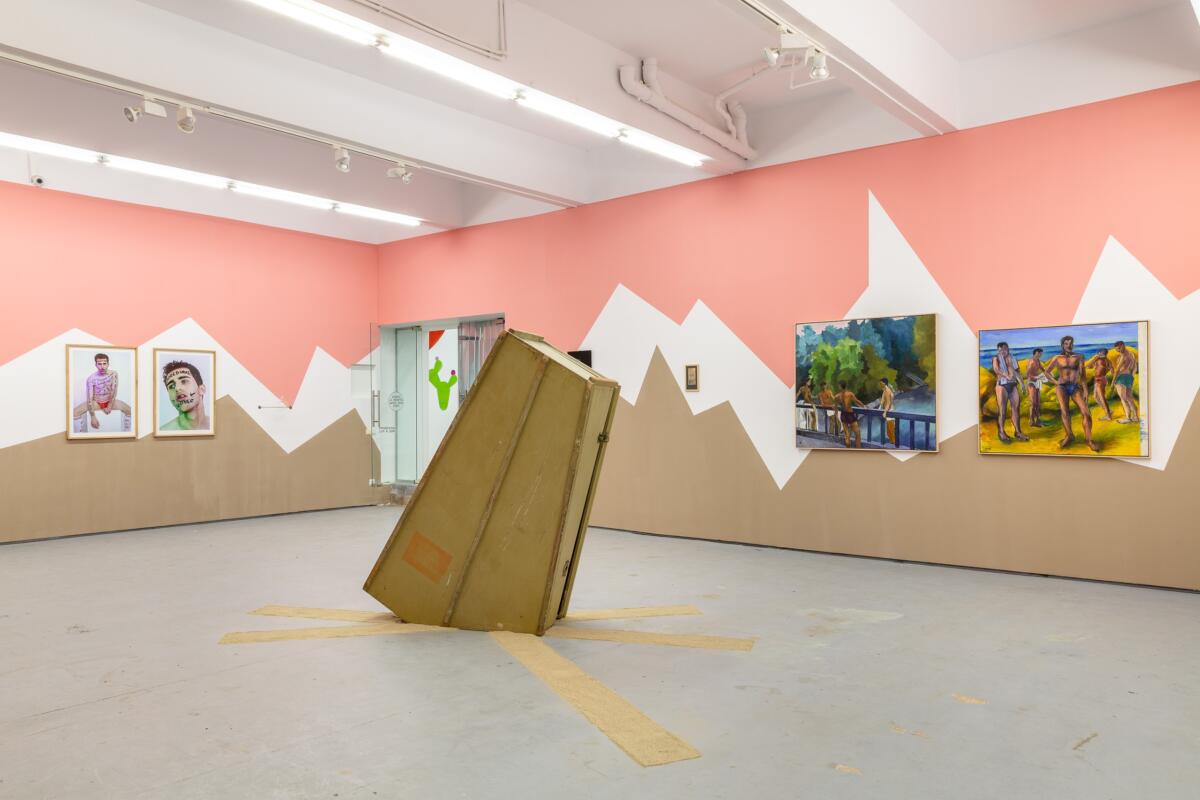 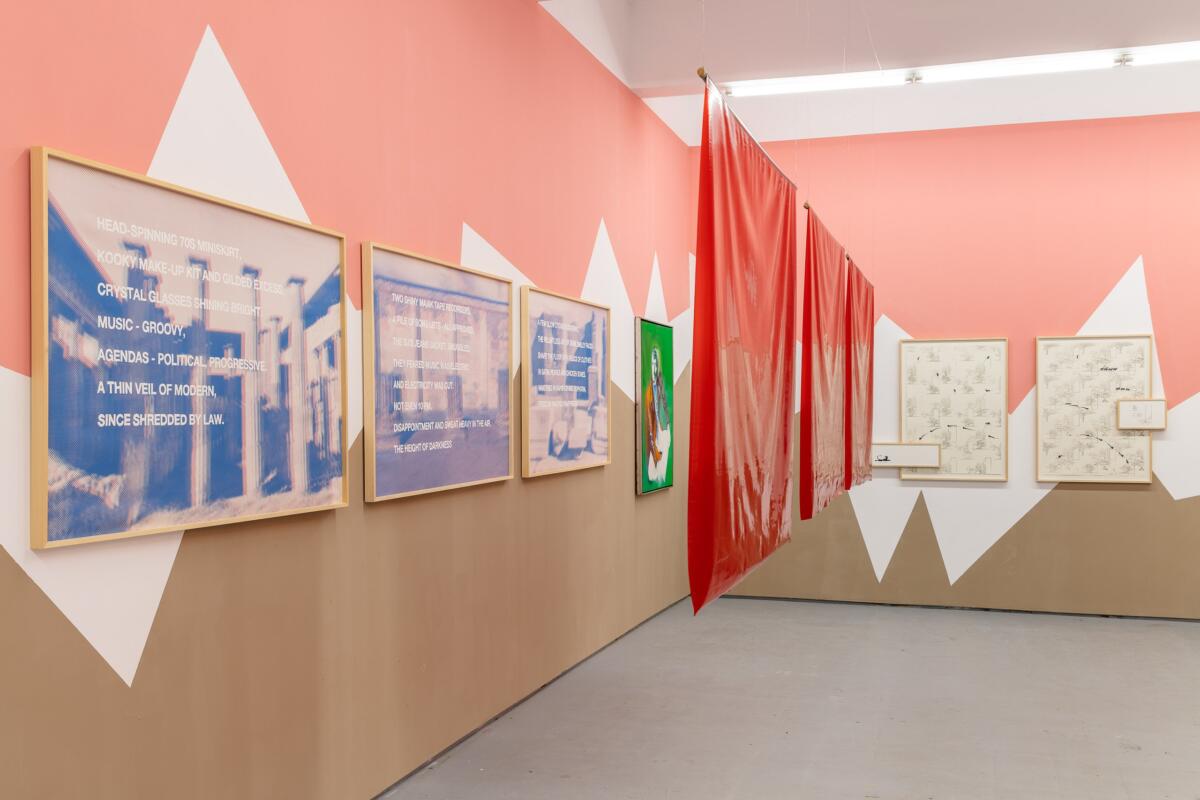 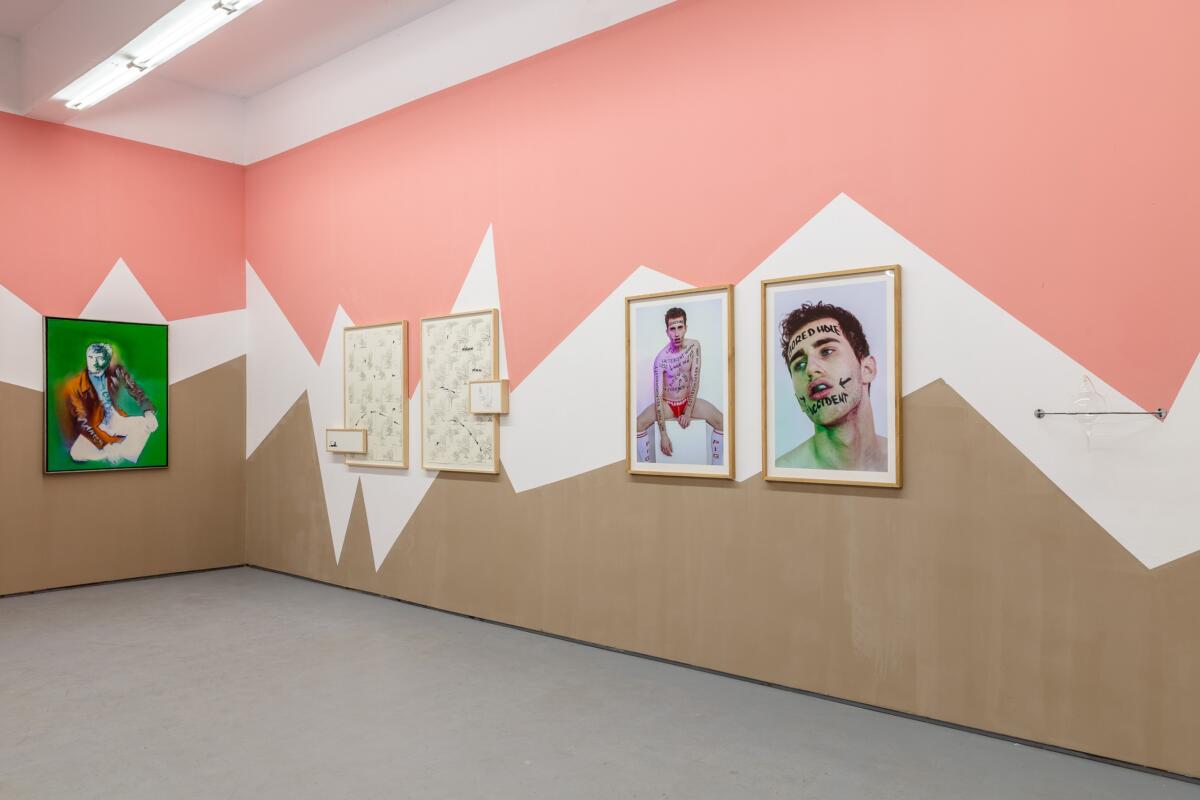 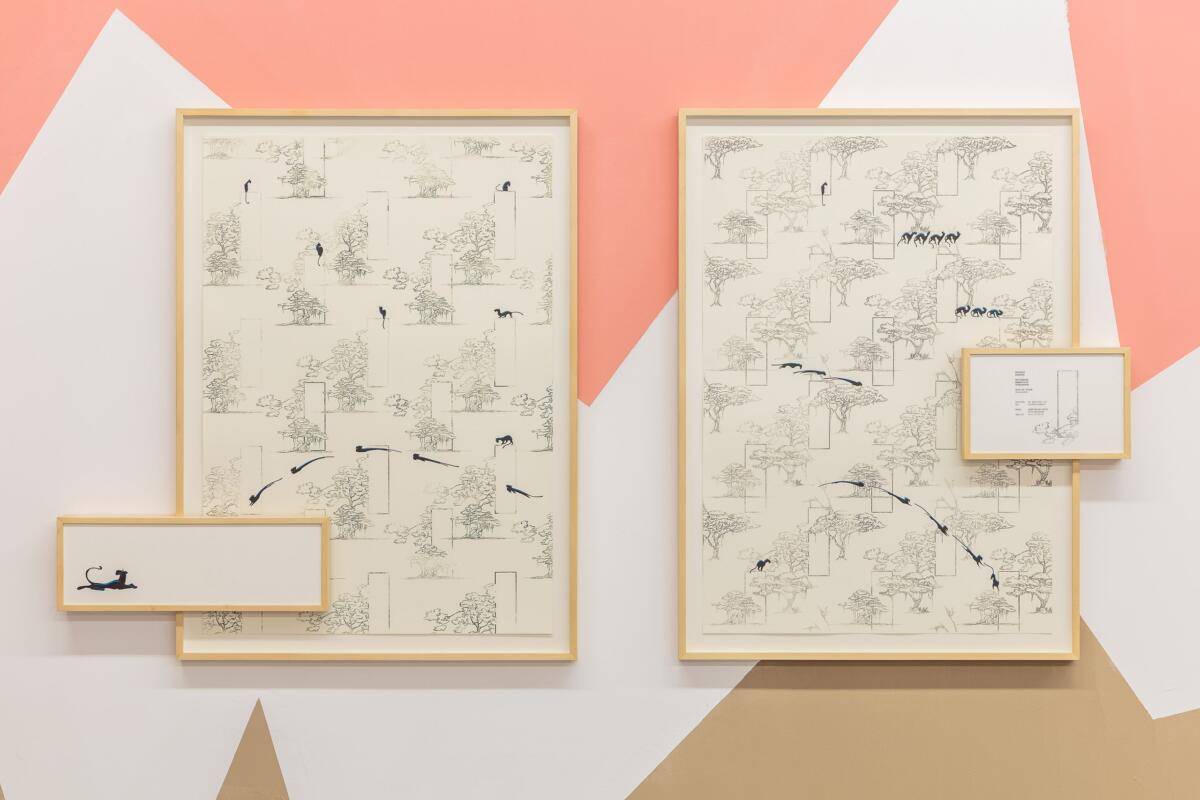 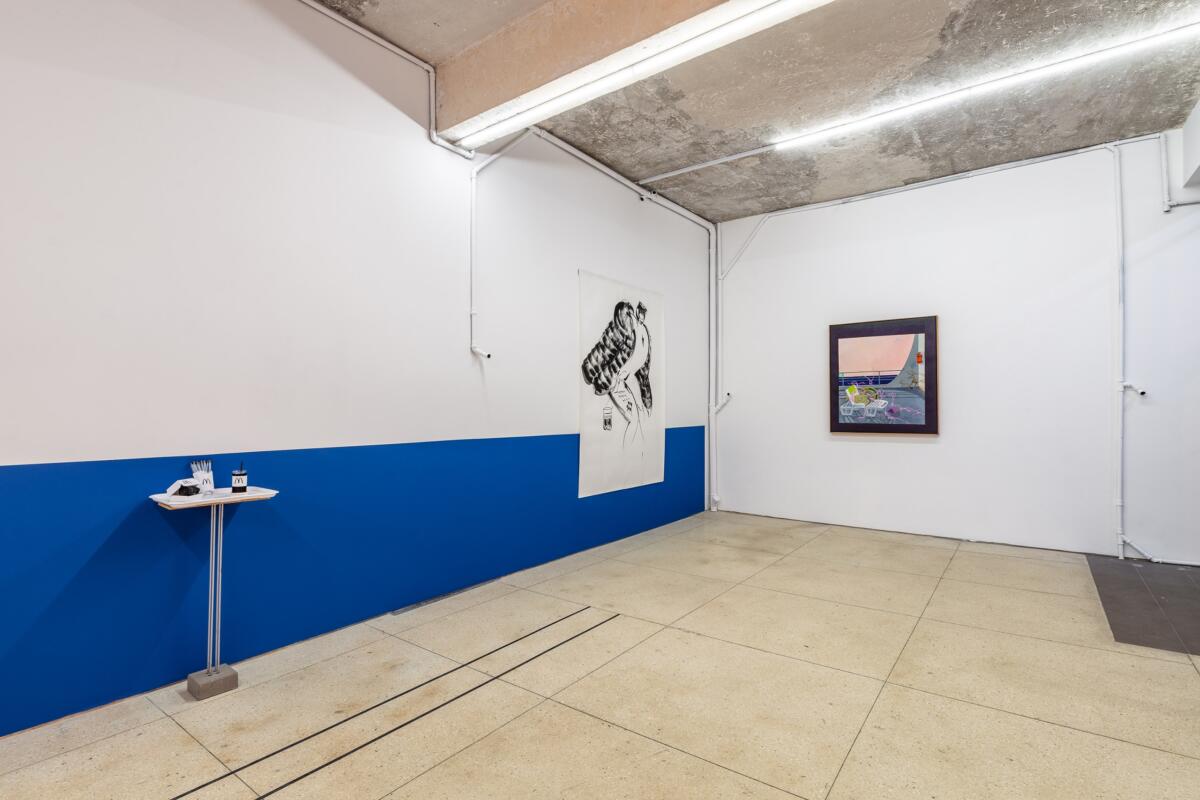 functions as a repository of a set of hypersensitive sensors of the invisible ~ transparency ~ immaterial. From works using ready-made texts (extracted from a surprising commercial context) as a transmitter of emotions almost indescribable to critical works on unseen aspects that further propagate discrimination of the queer community, from works about ecology to works for healing processes, or works tapping into  the potential of the queer imaginary, an immaterial force that can invent new horizons. 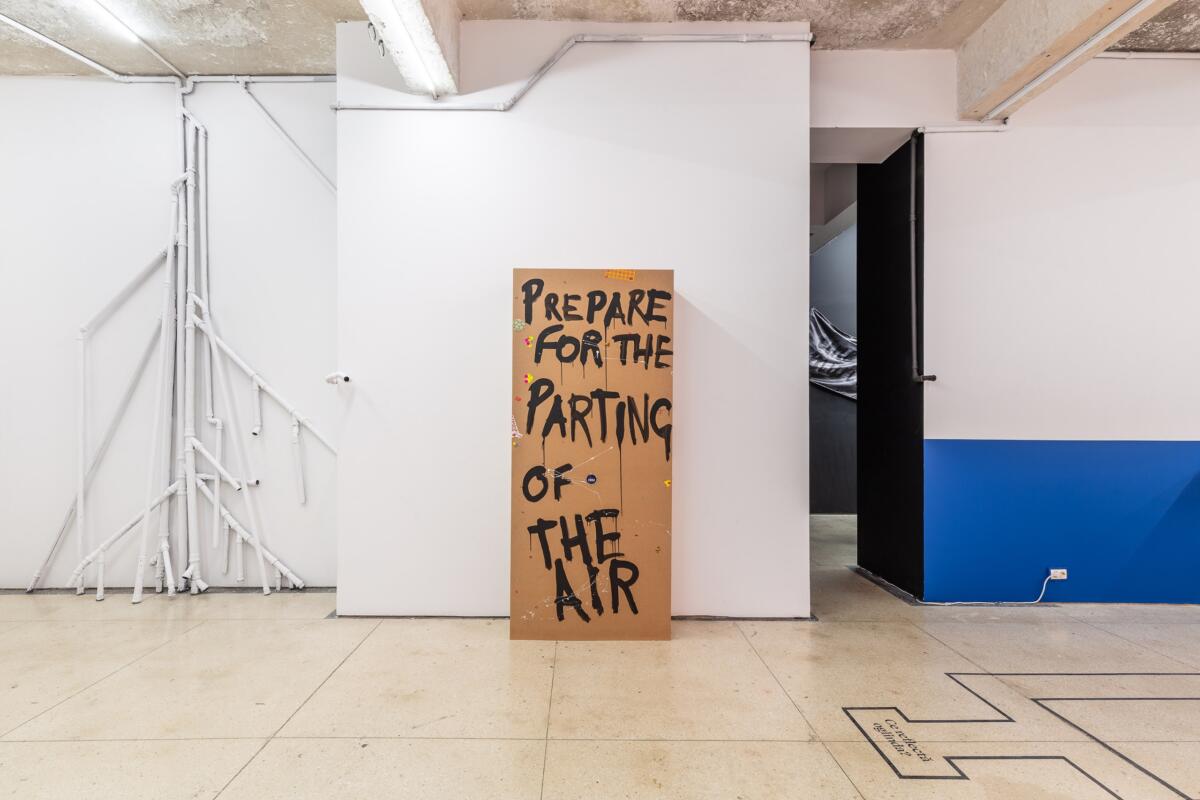 Exhibition view with works by Sebastian Moldovan Lend me your ear, 2021 and Stefan Botez. Glory to, 2013 photo: Serioja Bocsok 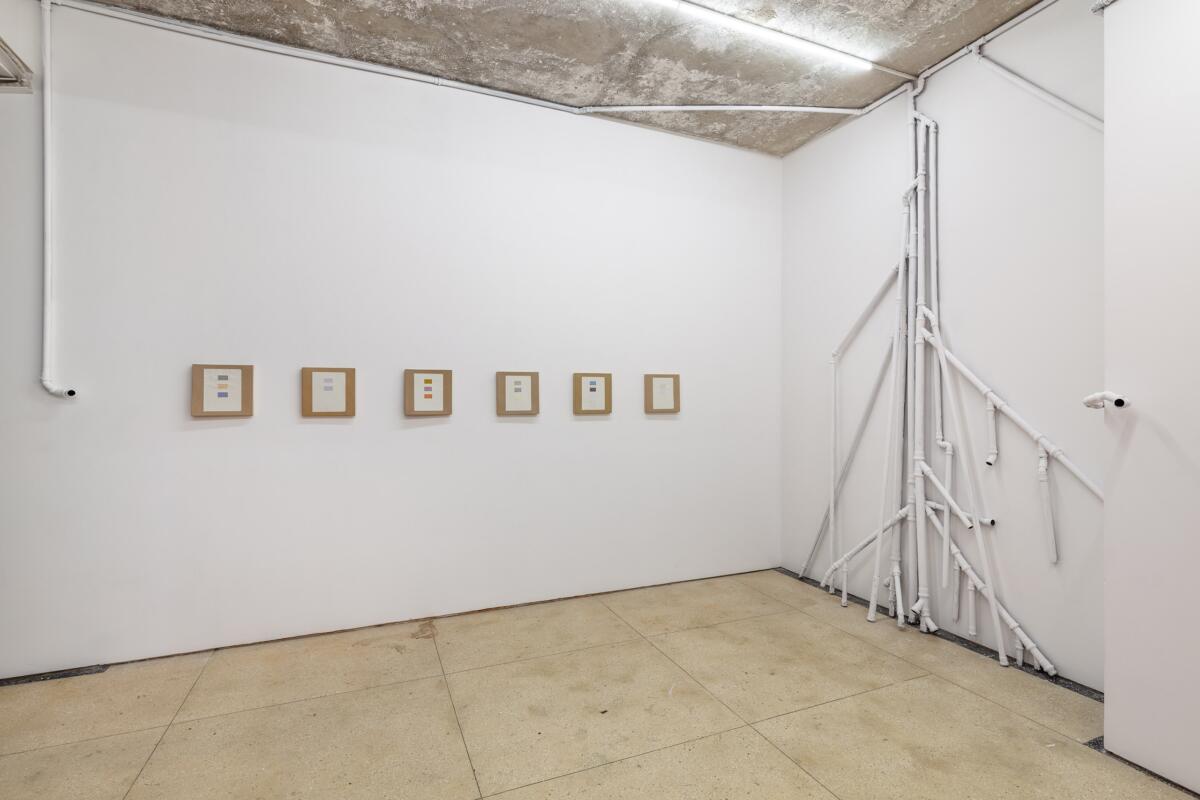 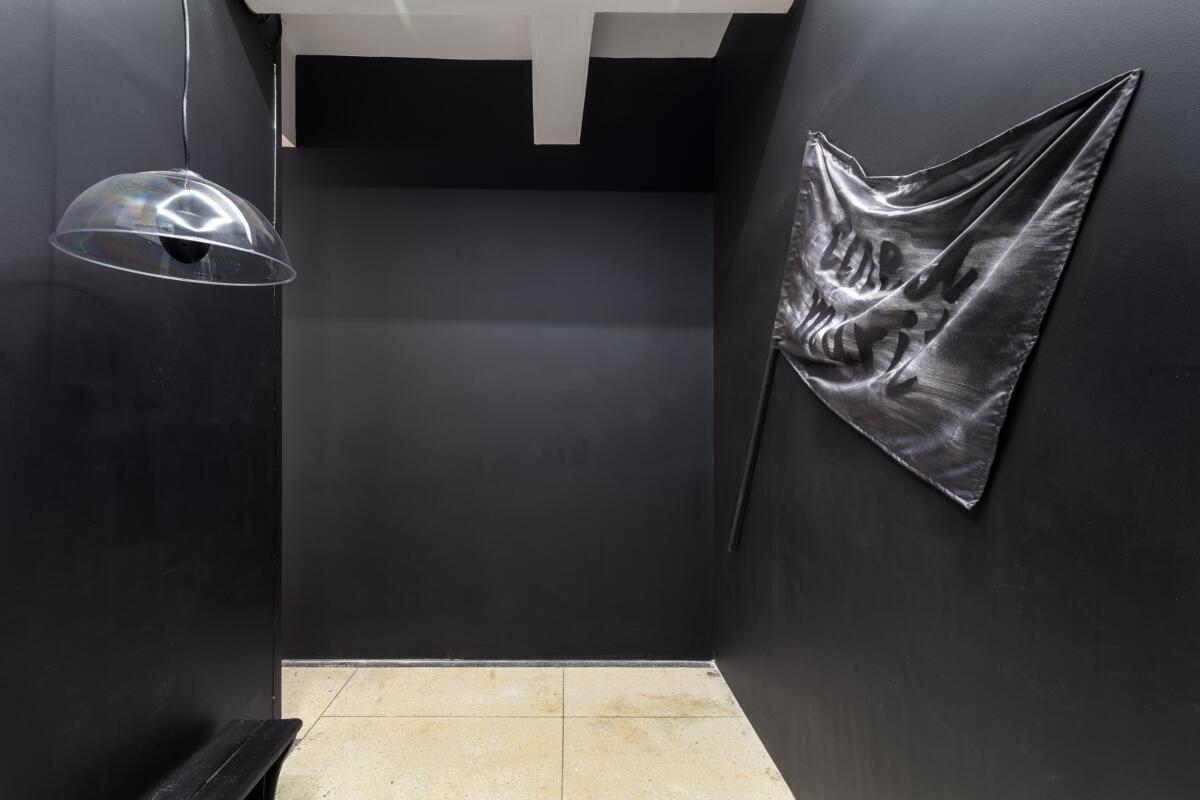 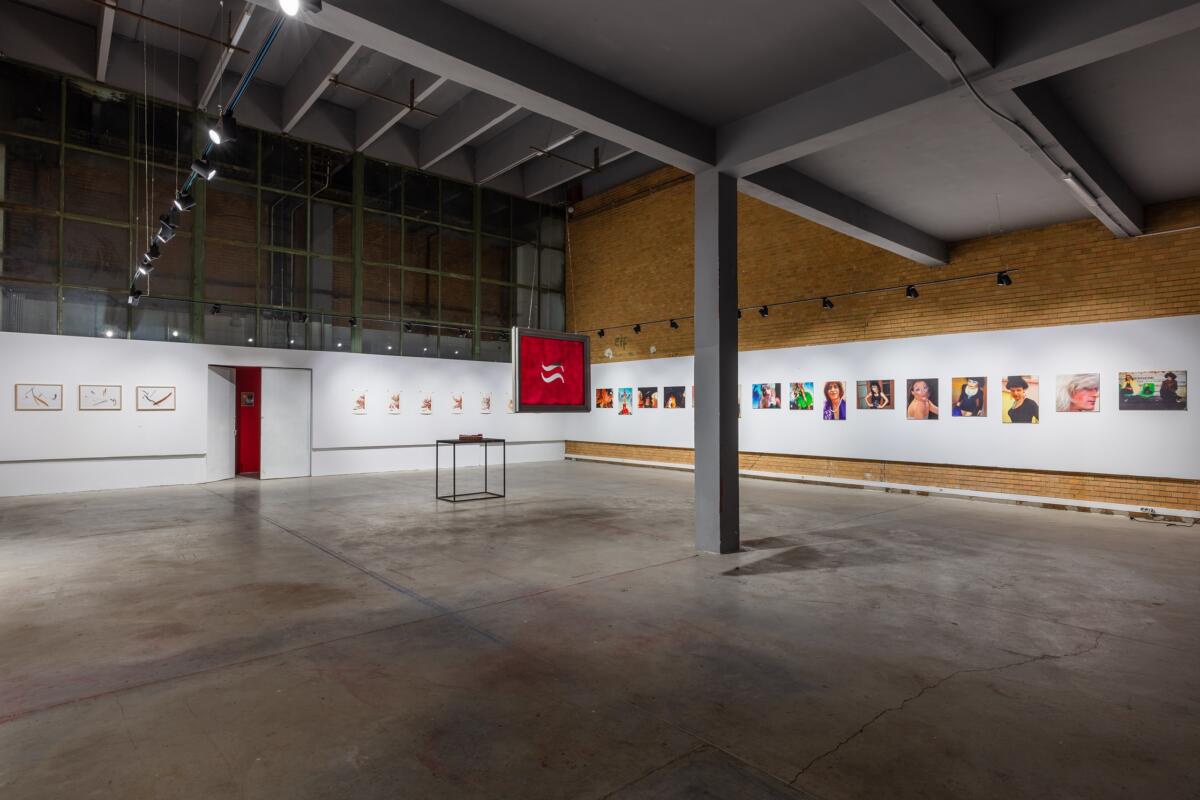 Having as a guiding light a sample of wisdom signed by RuPaul, “We’re all born naked and the rest is drag.”  the exhibition at THE INSTITUTE is expanding in multiple directions the definition of drag by meanings that are twisted ~ unexplored ~ spectral about the gesture ~ ability ~ need to disguise ourselves. 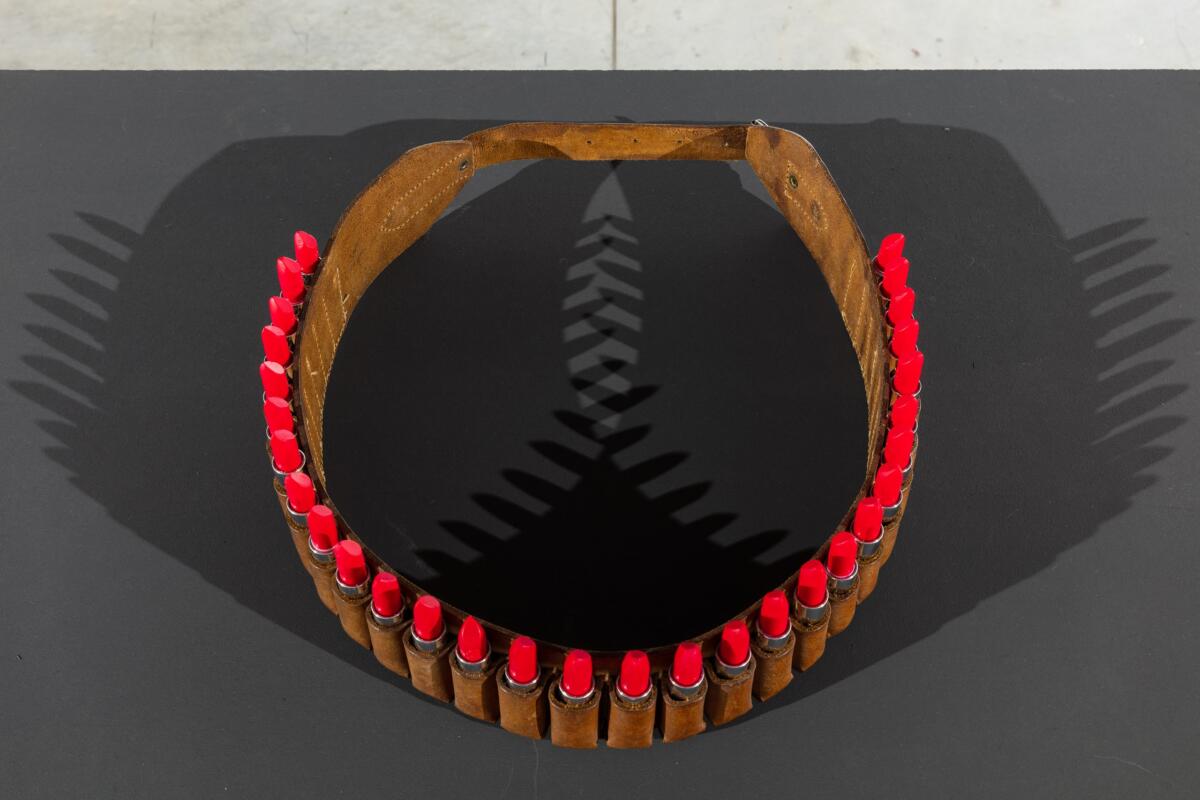 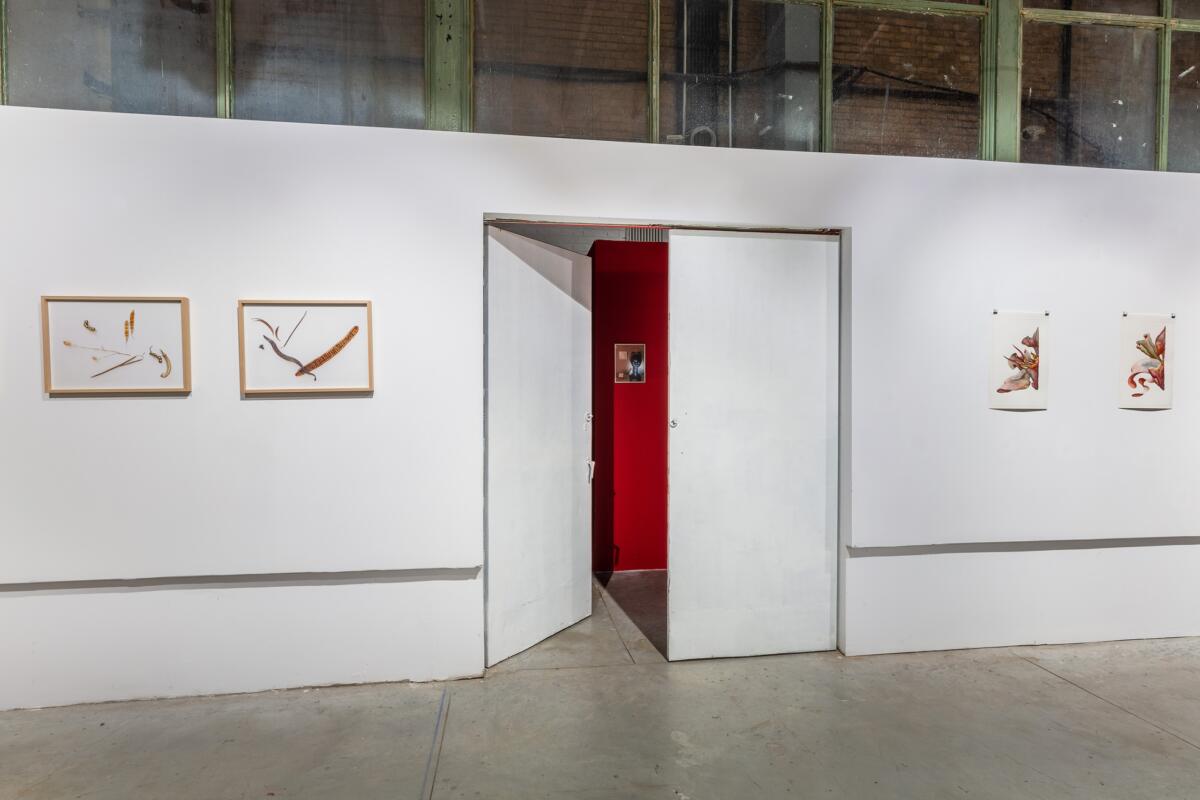 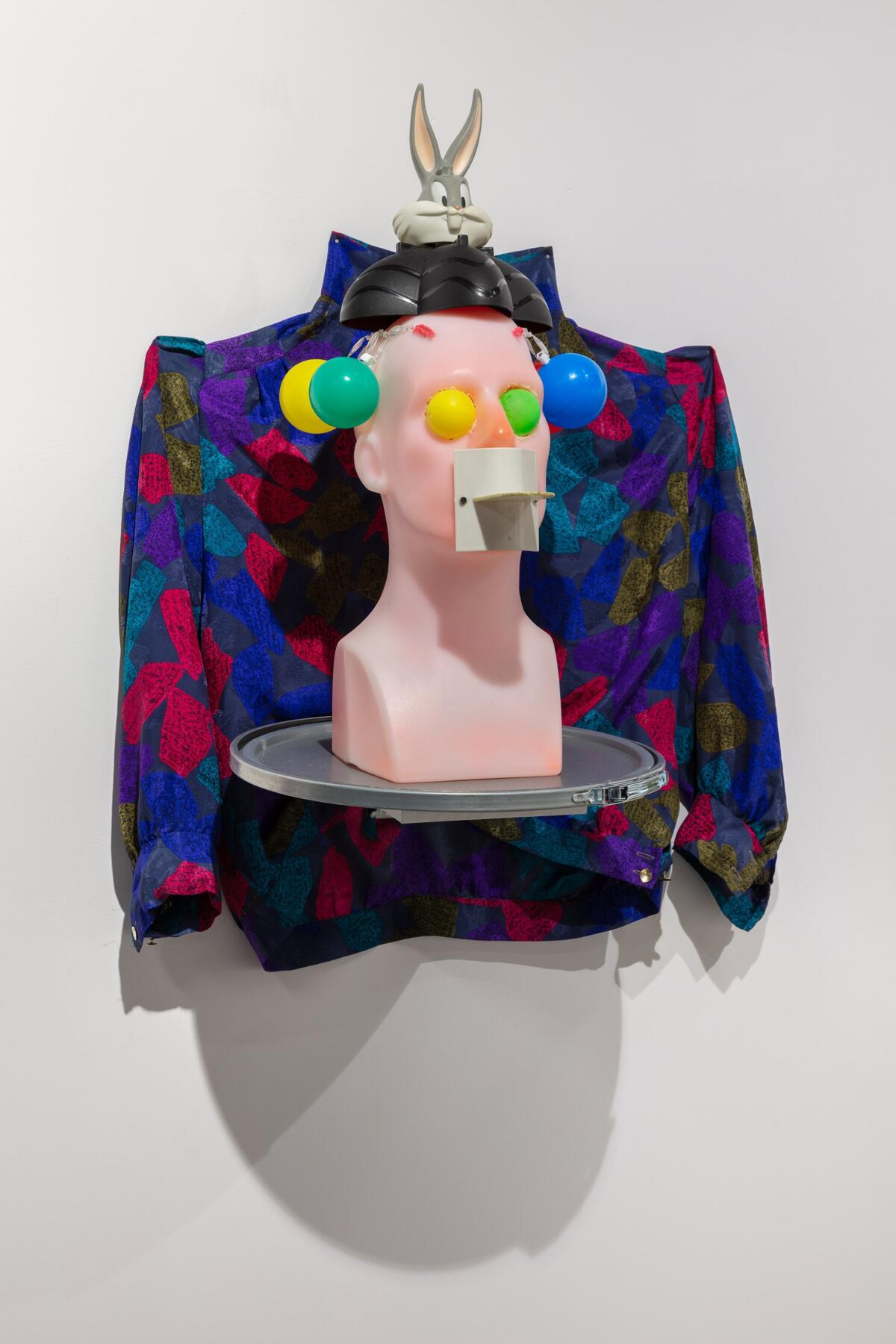 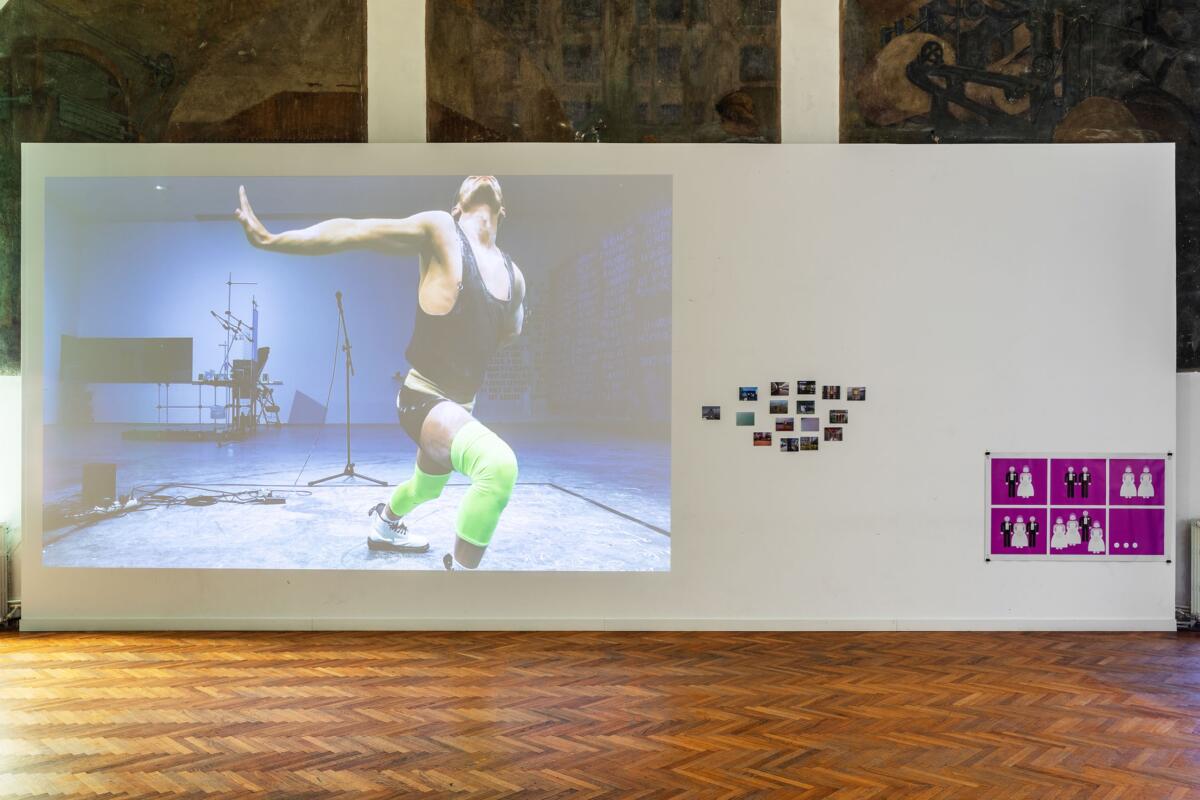 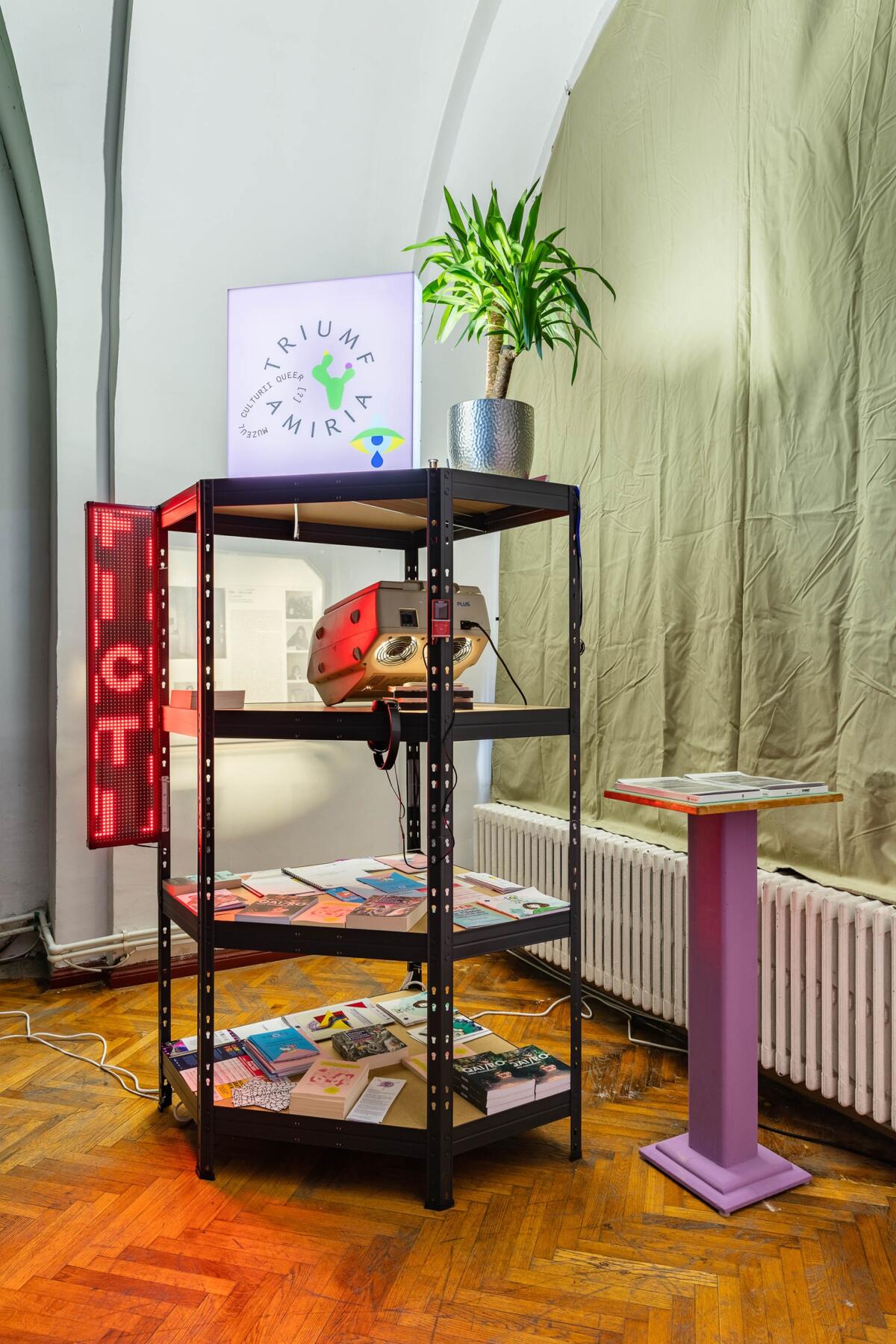 is an expansive mini-unit with artistic interventions on the archival impulse and with materials on queer topics in Romania in the period 2001-2021.