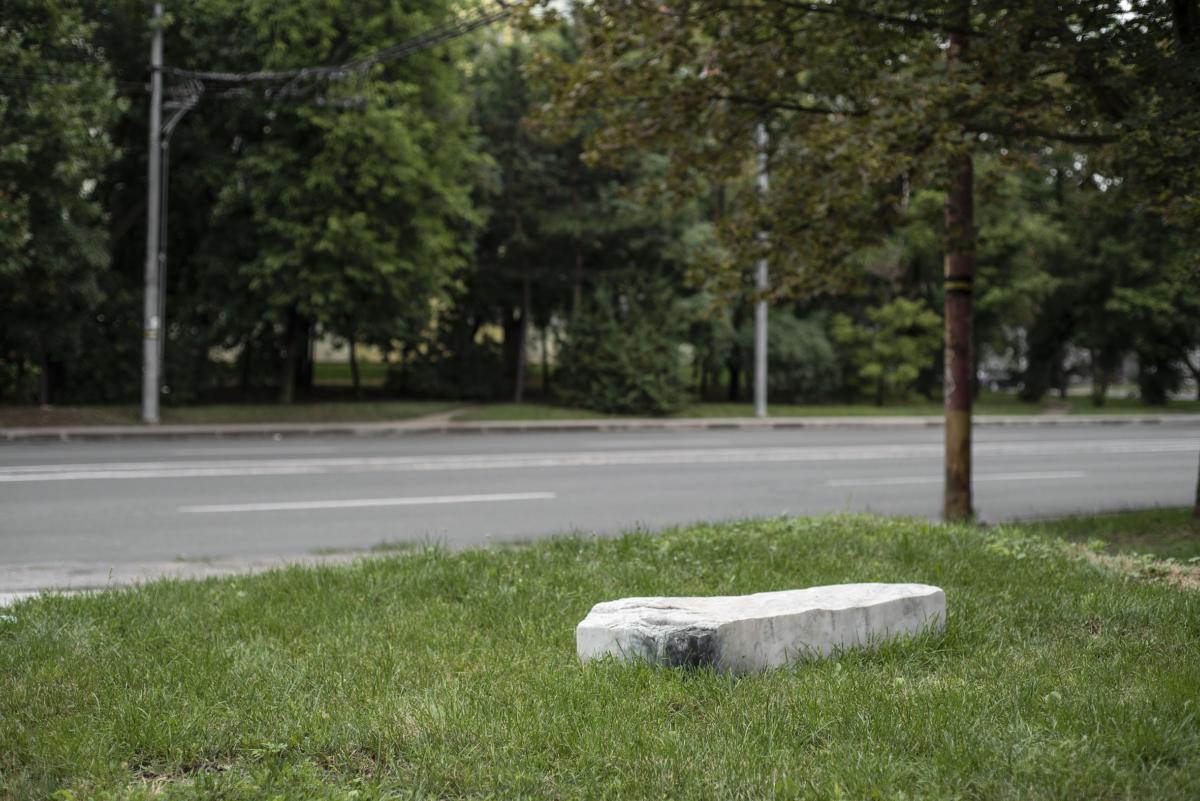 Herman Melville’s novel Moby-Dick, or The Whale appeared in the mid-19th century, hence at a time when the Industrial Revolution was in full spate, and one of its levels of significance may be an allegory of man as the conqueror of Nature. But at the same time the novel shows Nature in its mightiness, its Kantian sublimity, which surpasses man and escapes any absolute subjugation (or comprehension). The “white whale” itself has thus become an established metaphor for final goals which are ultimately unattainable.

The works shown by Lucia Papčová and Tereza Příhodová-Štětinová at their White Whale exhibition correspond in their own way with these content layers of the famous Moby-Dick, though this literary work did not in any way influence their creation. Even the exhibition’s name is not an immediate response to the book; nonetheless, by its metaphoric charge Melville’s work may have made its subconscious impression. 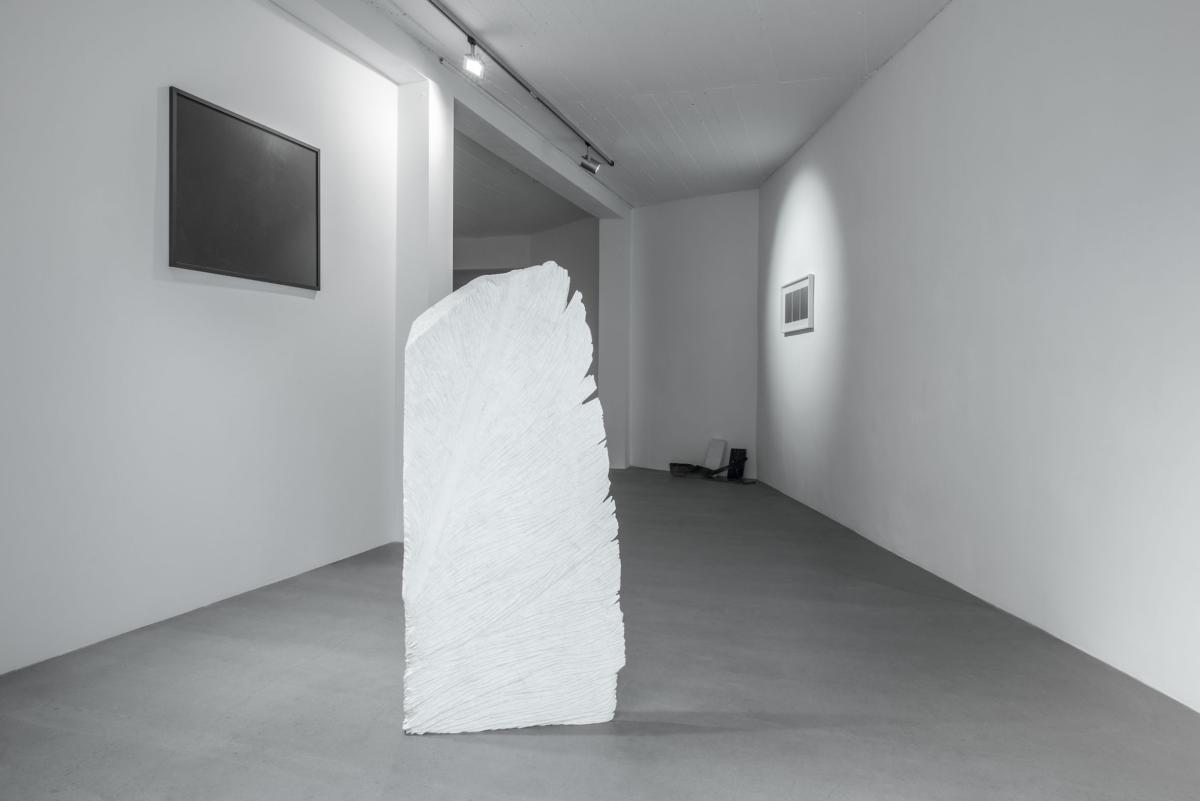 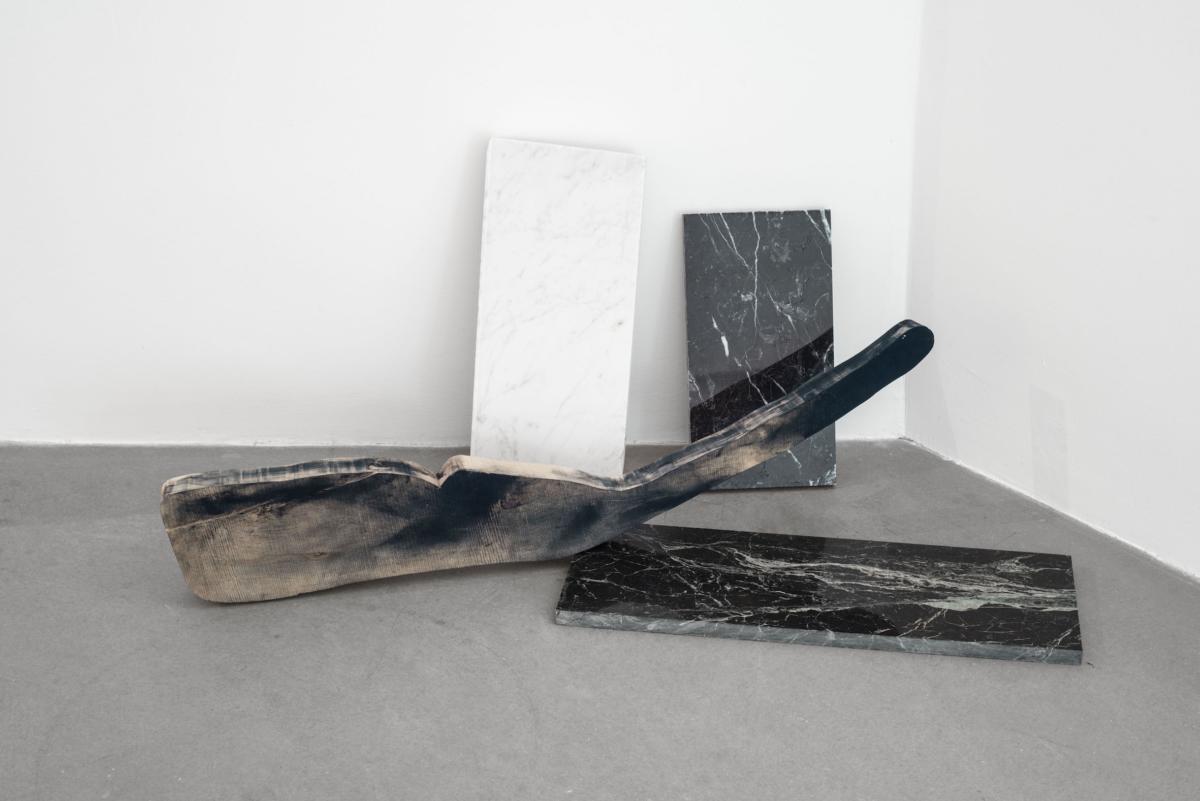 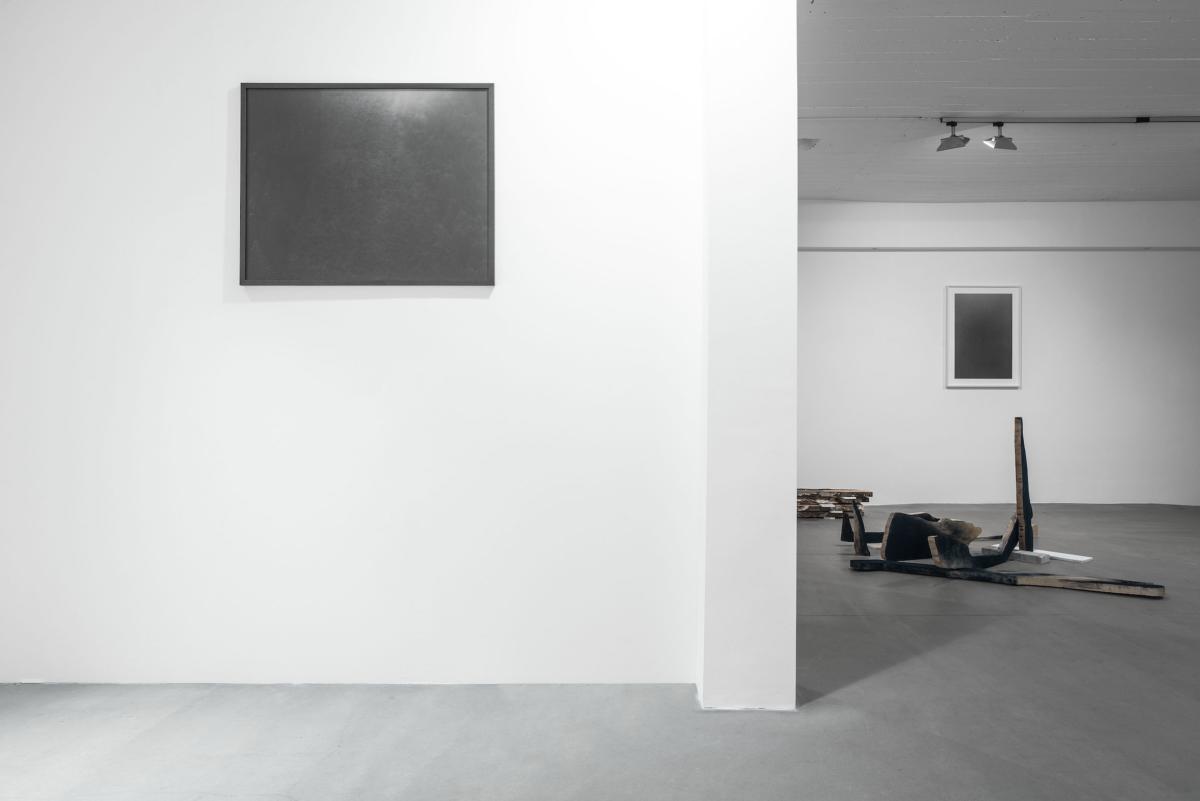 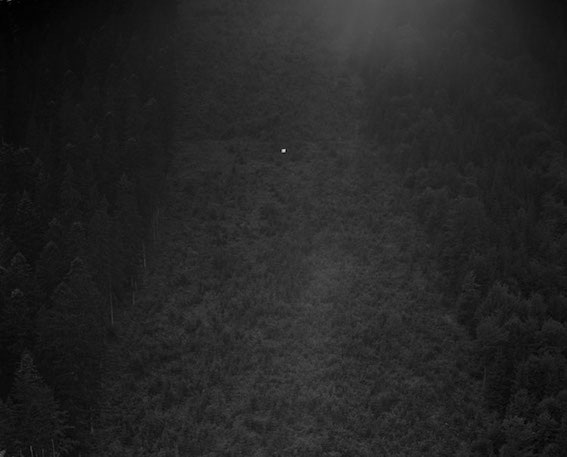 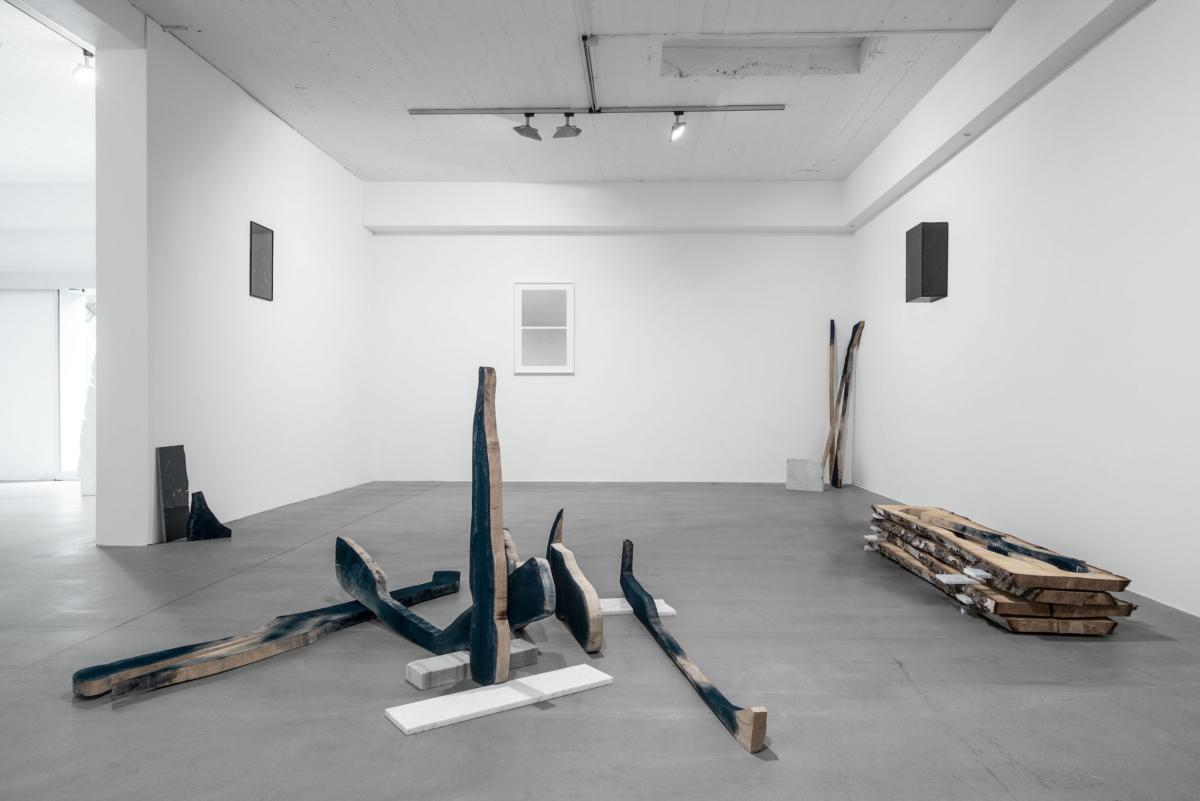 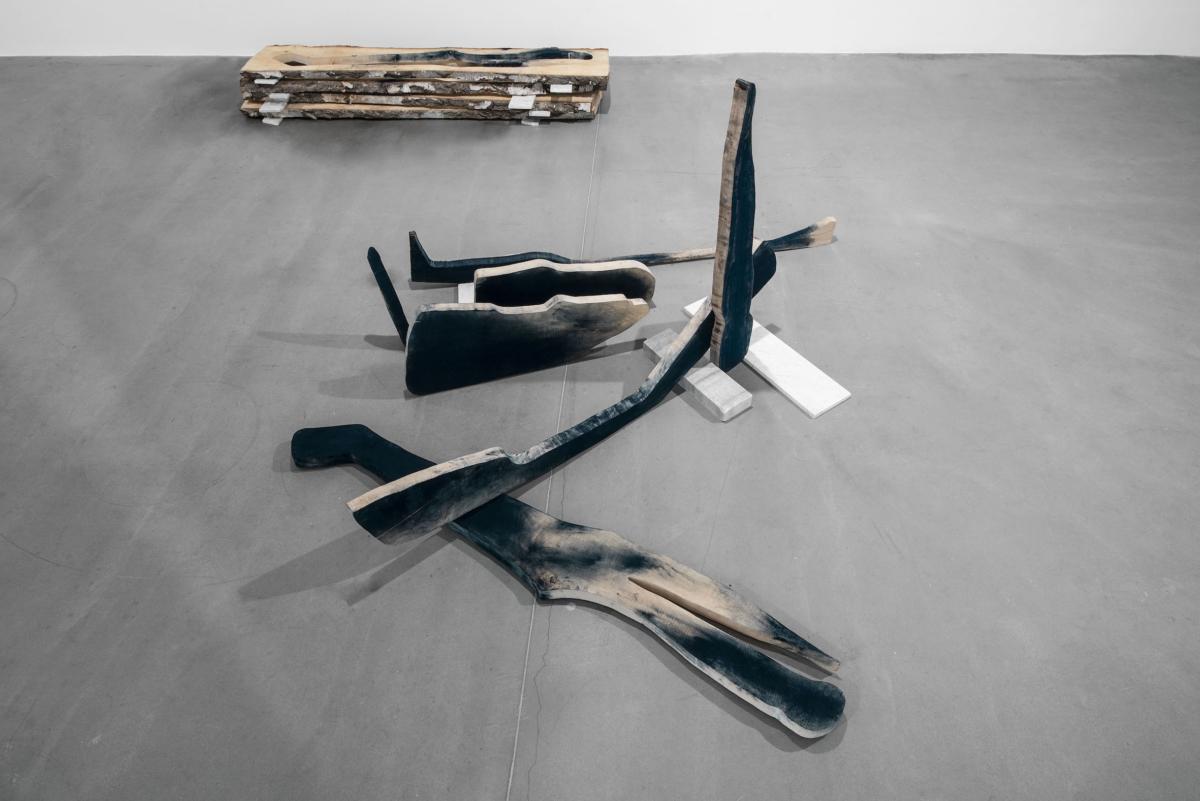 Lucia Papčová captures the sublimity and magnificence of Nature in her black and white analog photographs, which, employing long exposure and minimal contrast, balance on the verge of visibility. It is as if portrayal itself (in this case through an “objective” technical apparatus) was a kind of fleeing chimera, the white whale of those who seek to depict the world. Lucia knows about this elusiveness, draws upon it and uses it to lure and hunt the gaze of viewers, which fixes upon her monochromatic shots like the dark blue indigo on the wooden objects of Tereza Příhodová-Štětinová.

Lucia’s photographs, depending on the observer’s distance, may be objective or entirely abstract. Tereza too works with abstraction, as in her sculptural installations based on the principle of positive and negative, though they have entirely concrete models: sketches from ethnographic publications on the original inhabitants of America. The illegibility of the simplified forms of animals or objects of daily use (reinforced by the exhibition of these forms along with “superfluous” material) is compensated here, however, by the specificity of the natural material, which speaks for itself of the nobility and masterful power of Nature as such. 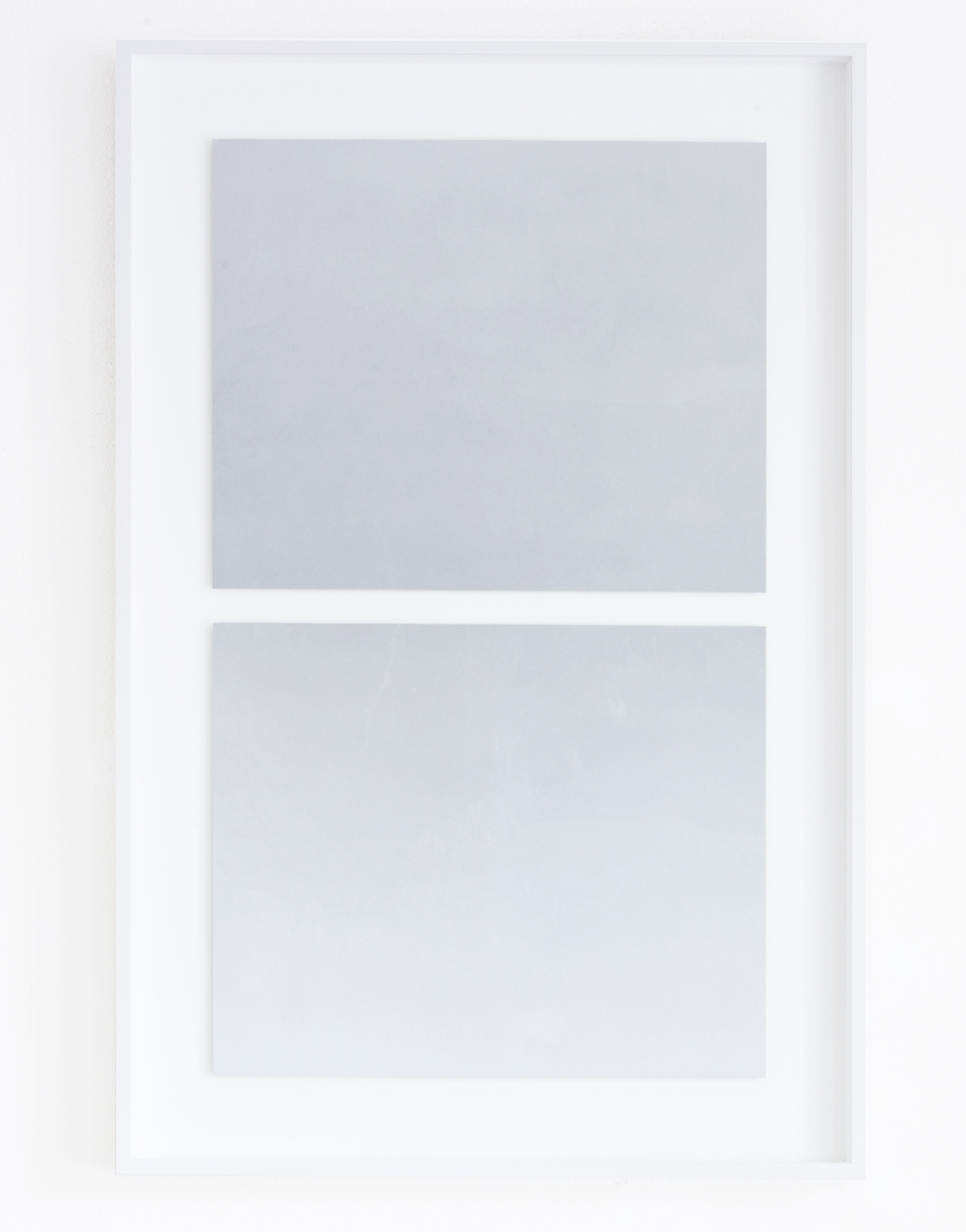 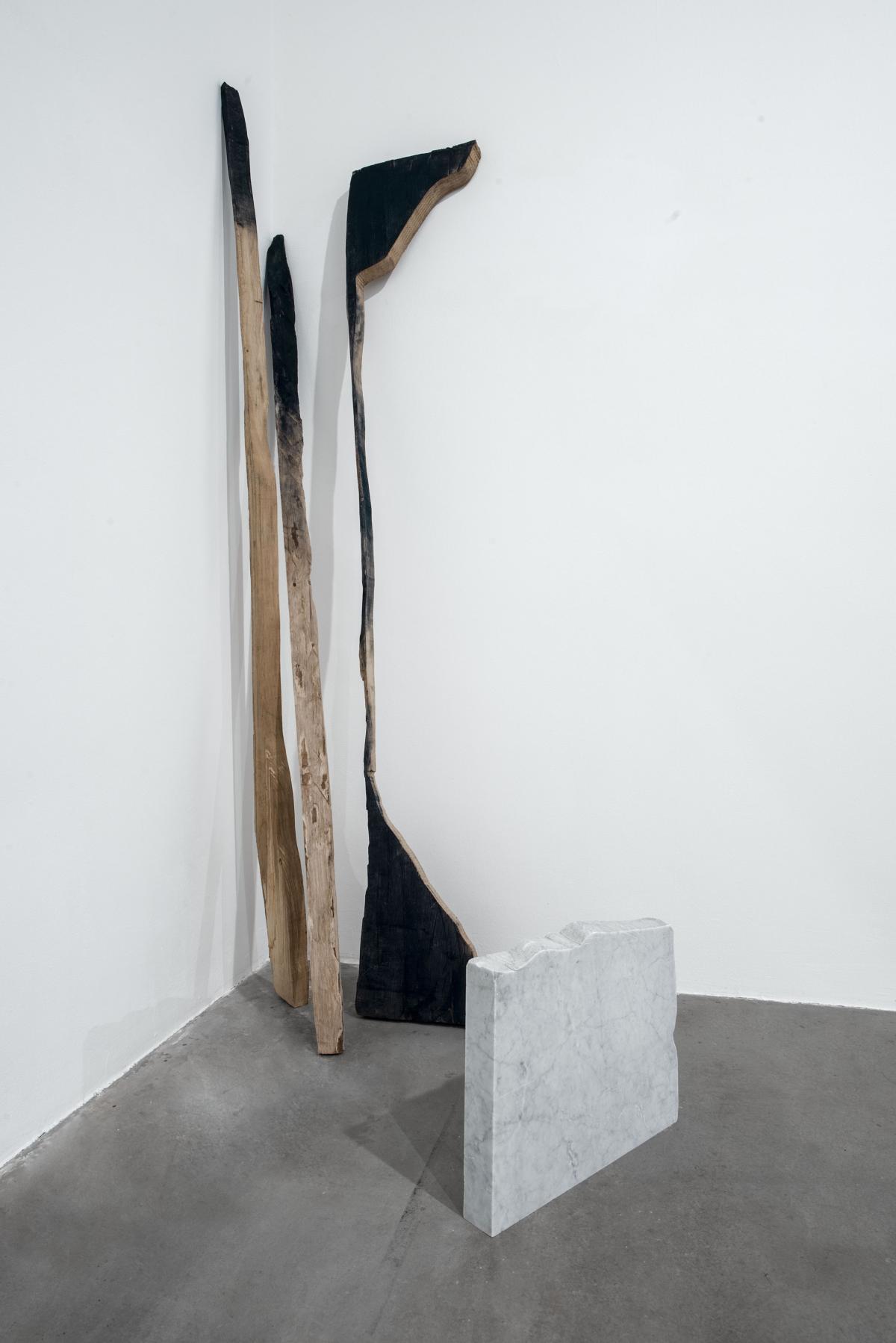 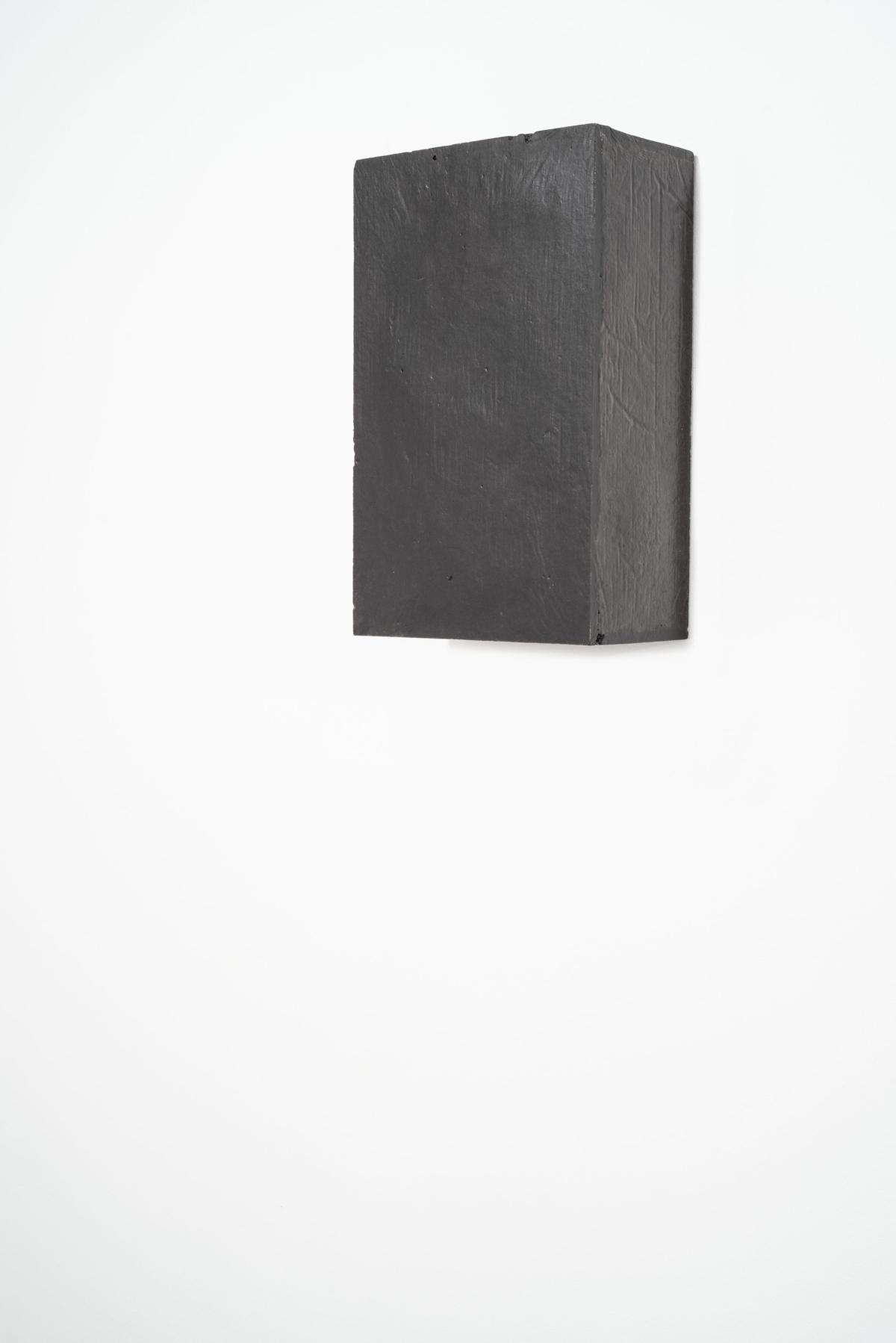 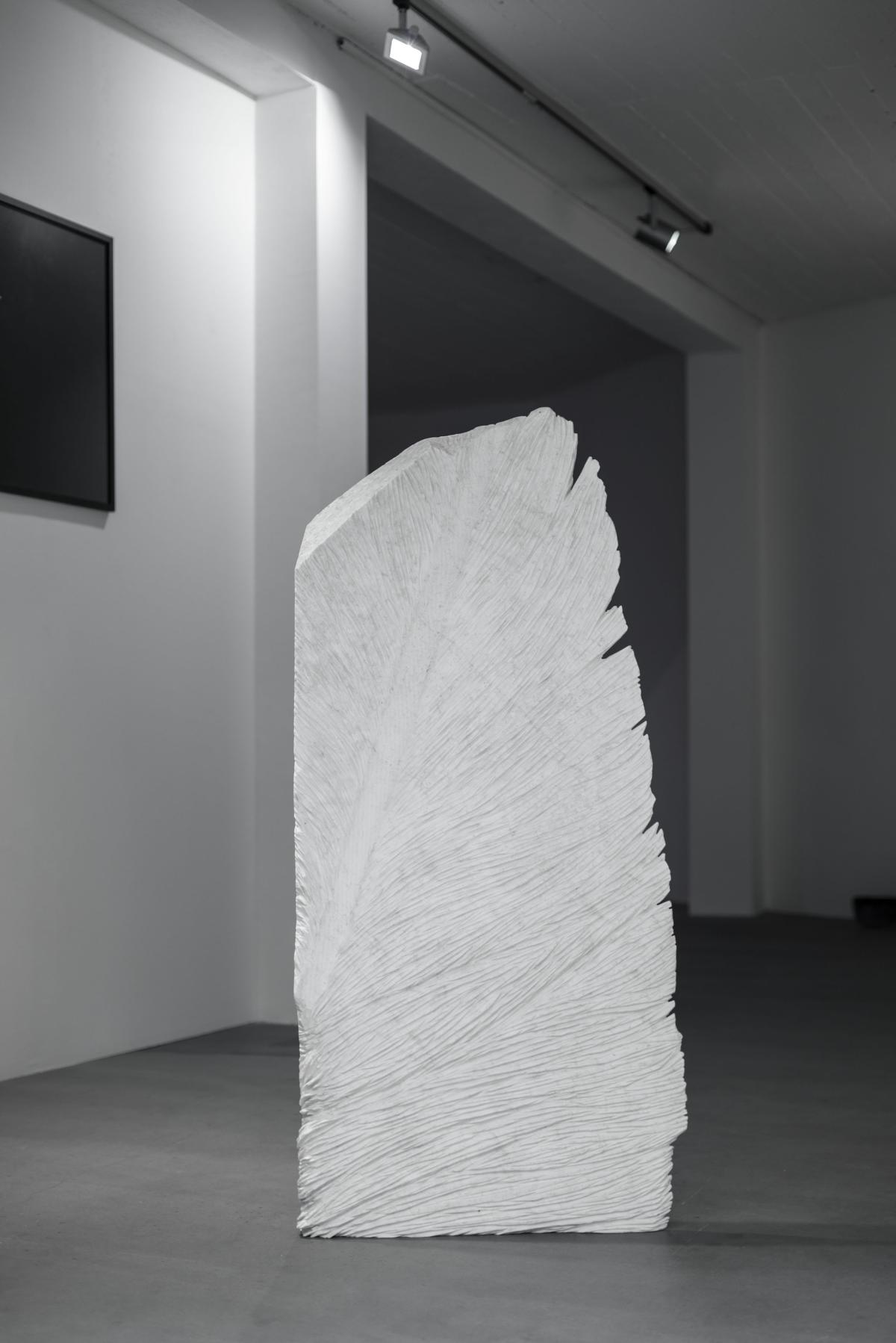 To match Nature, or actually surpass it, is an illusory yardstick for the artist, “a hunt for the white whale”, and both artists are well aware of that. Their landscapes therefore grow above all from poetic thinking, things unsaid, playfulness and intuition. While at first sight the creative approaches and expressive frameworks of these artists are very different, one finds that their works can be mutually mirroring, each complementing the other and creating a productive tension of contrasts. The joint exhibition of Lucia Papčová and Tereza Příhodová-Štětinová is like a musical work for two voices, of which each may be heard in its own right, while their harmony creates a new, more complex form. The American curator Chris Sharp has remarked that the viewer has a good feeling at an exhibition especially where he/she is amidst the companionship of well-exhibited works. With the works by Lucia and Tereza, I think this peculiar harmony has been achieved.