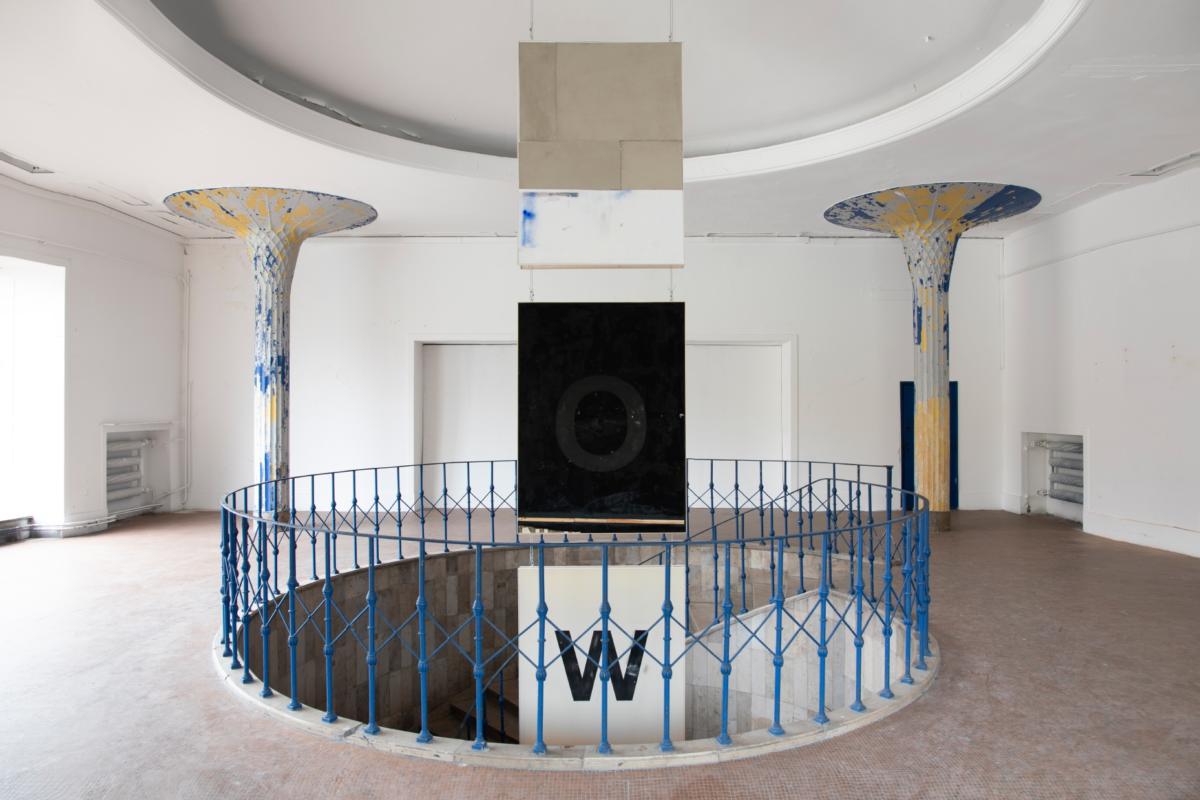 “When The Impossible Becomes Necessary”

One of the objects shown in the London museum is a showcase with a cross-section of geological sediments collected in the city. In this perspective, where centuries correspond to centimeters of sediment, minerals, dust, organic debris and civilization waste create a smooth color transition. One of the obviously distinctive accents is the thin black line that lay down in the first century of our era. It is not only a trace of events, but an authentic substance that was created during the burning of the city by Queen Boudica. London has been burning many times since then, but only this fire was a total fire and left such an unambiguous and distinctive sign. For the Celtic queen raped by the Roman invaders the act of revenge by total sacrifice was necessary, although it had no military or political sense and led directly to a complete defeat. Each city is marked by settlements, objects and systems whose substance is insignificant, imperceptible or indestructible to last. Each epoch has its own antiquity, whose traces, remains and sense are subject to discovery. 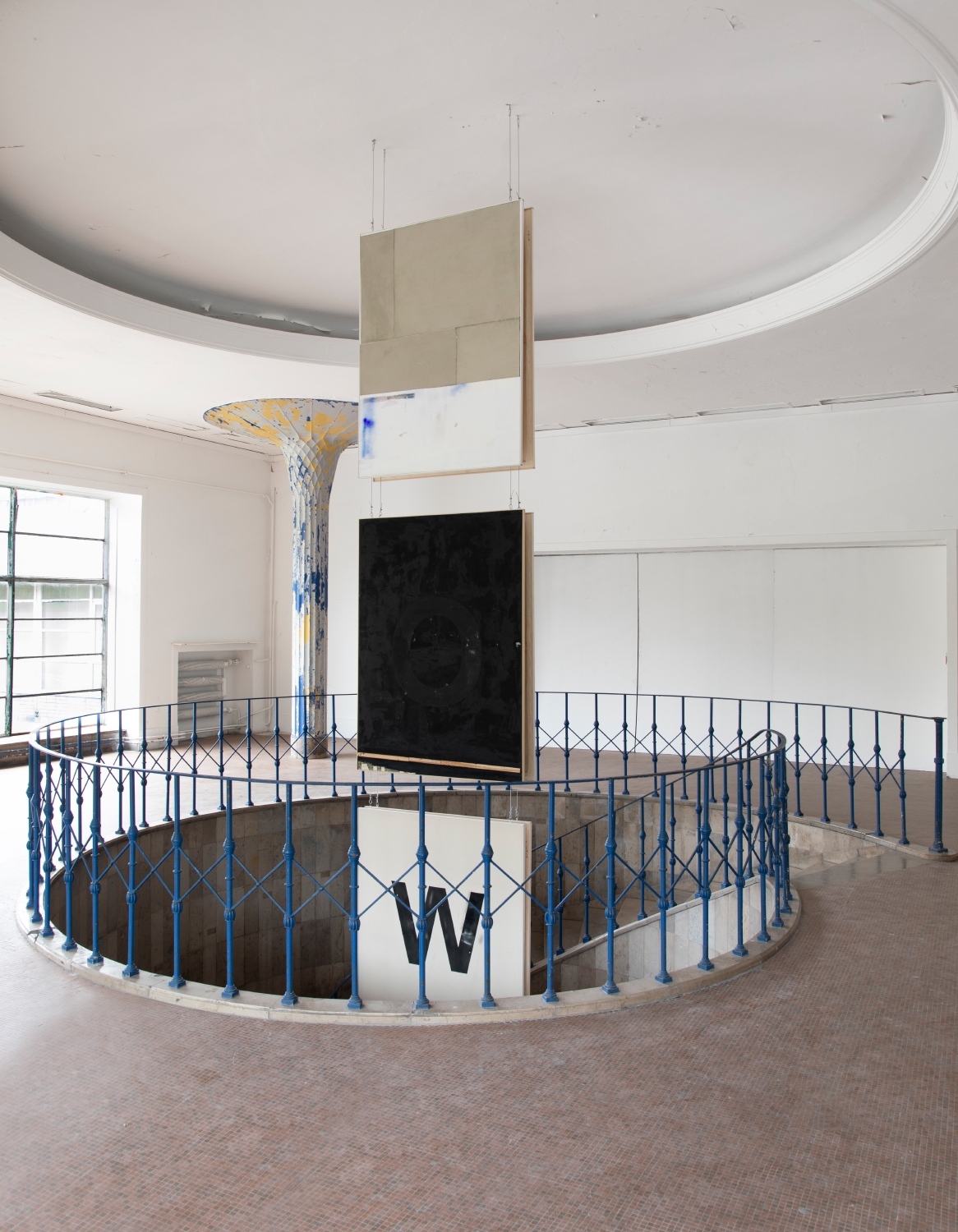 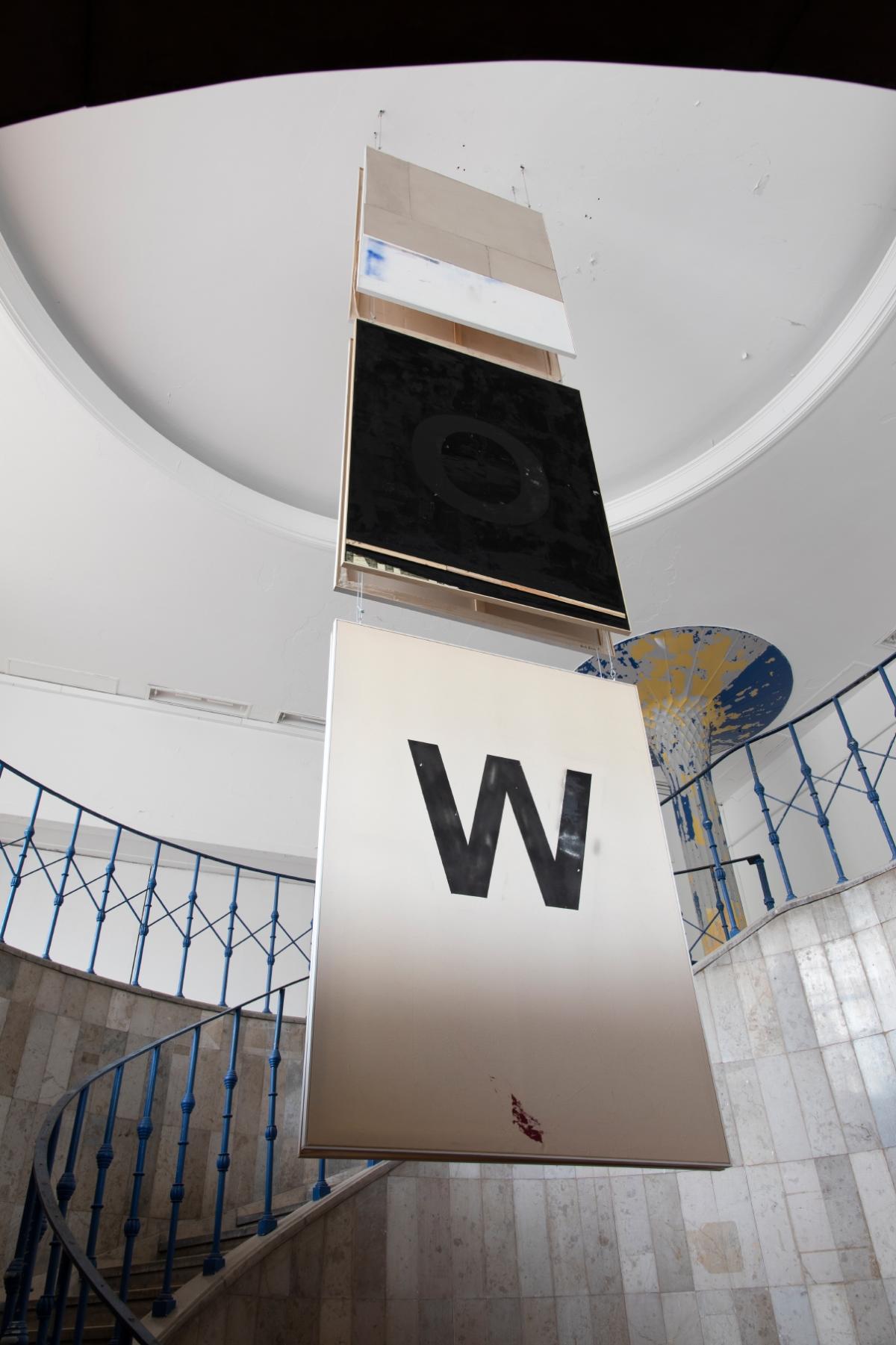 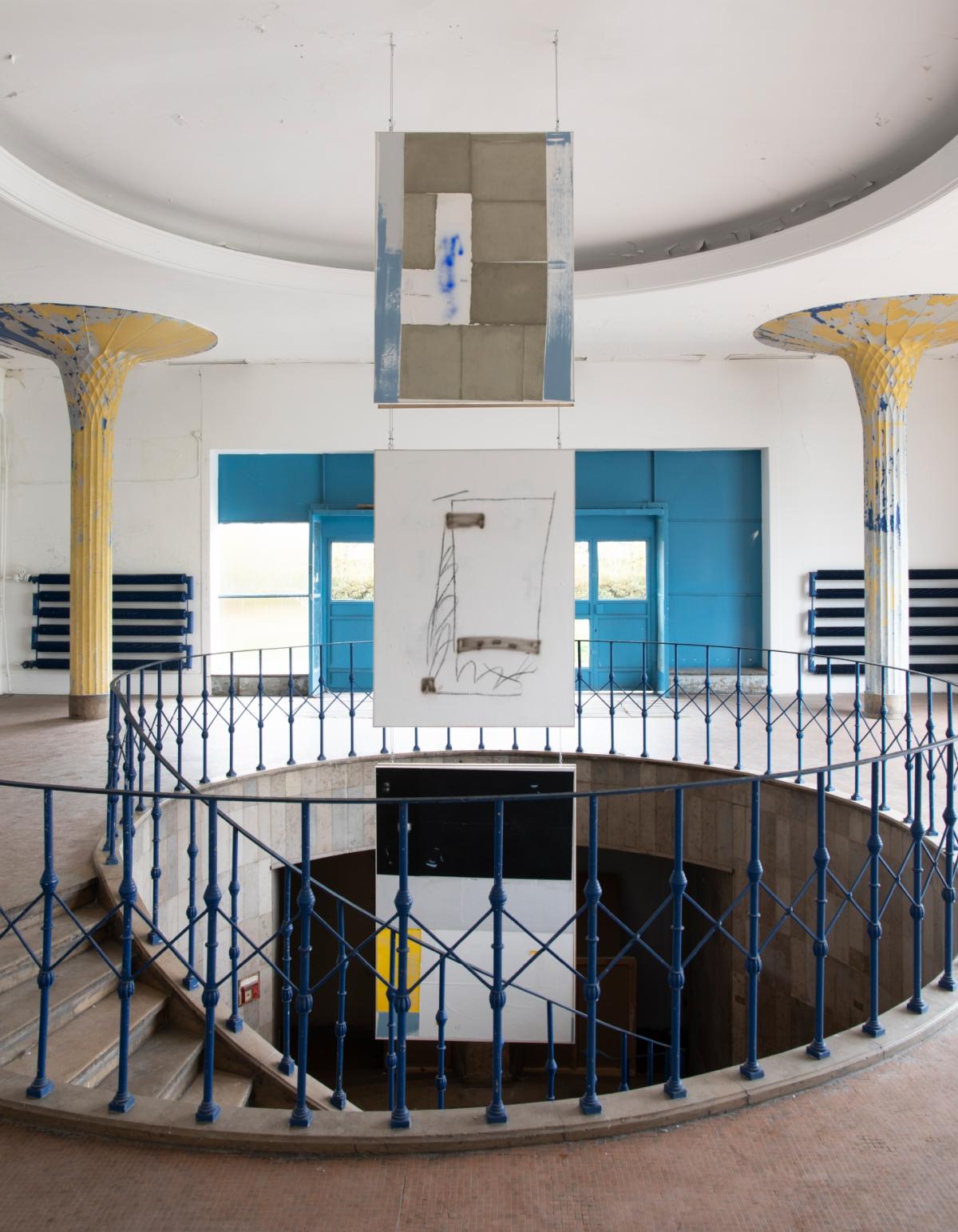 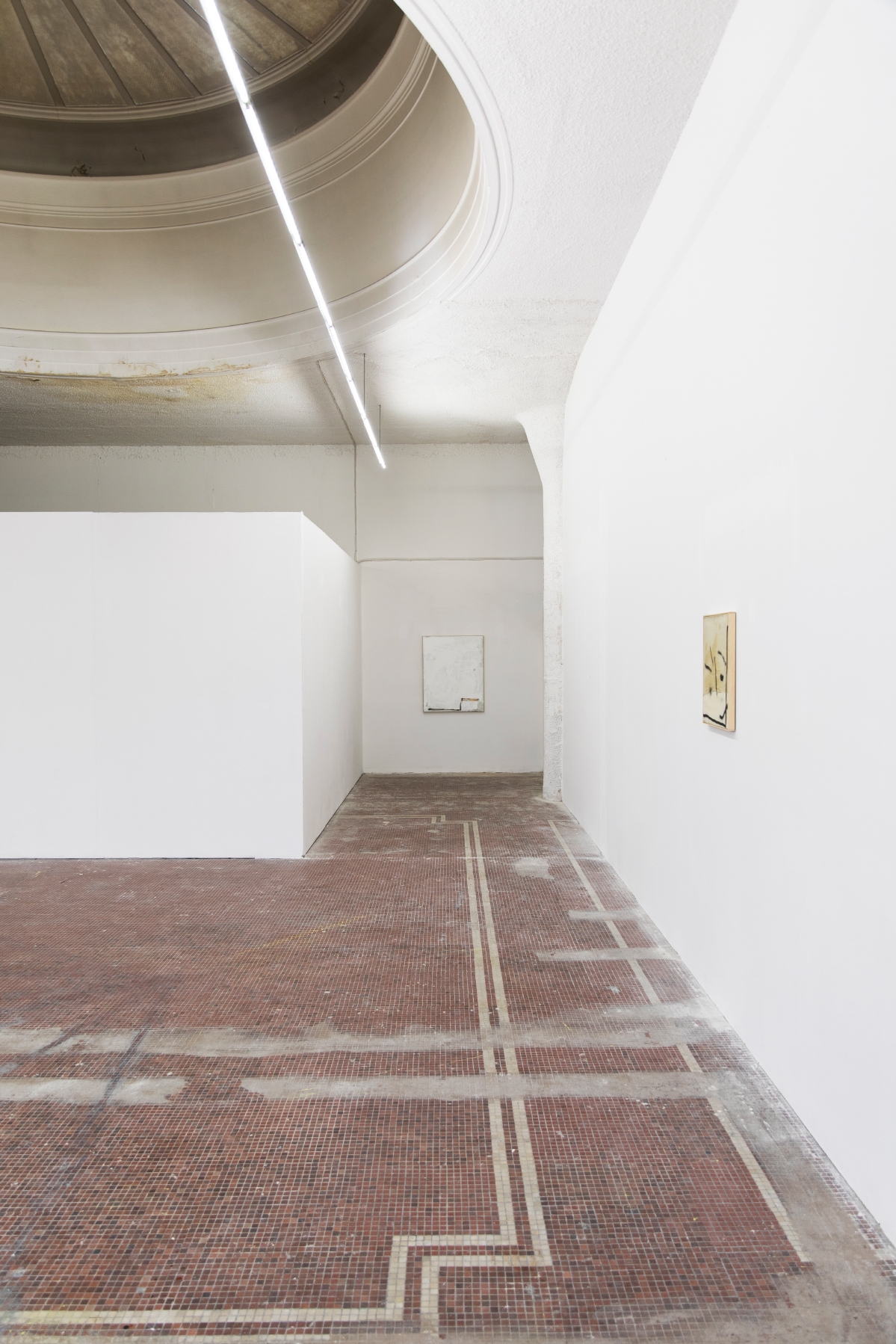 David Ostrowski is an artist whom I like to call a painter of modern life. For Baudelaire modernity meant the sum of pleasure given by the separation from our own past, escape from the sequence of consequences and the relations of causes and effects, which allowed to sink into the present and being open for the future, whatever it may be. Ostrowski seems to similarly boldly and slightly break with the values on which the current order was founded. Instead of design, he introduces fortuity into his practice, he substitutes for sterile strategies with constructive wandering, instead of transparencies he shows sedimentation, loss of control anticipates decision-making, and self-limitation overpowers the expansion of the field of possibilities. Such a mode does not so much reverse or criticize the model of the individual‘s action in late capitalist liberal reality, from which unrestrained, conscious, endless creativity is expected. Ostrowski‘s practice is a bold and radical transgression of the mythical attributes of creative work. The artist works extremely close to the base – material, practical and spatial. He operates, and is extremely focused, on the vestigial, primitive and basic aspects of painting. He uses very simple, cheap materials, which he uses in equally simple, fast and decisive moves. 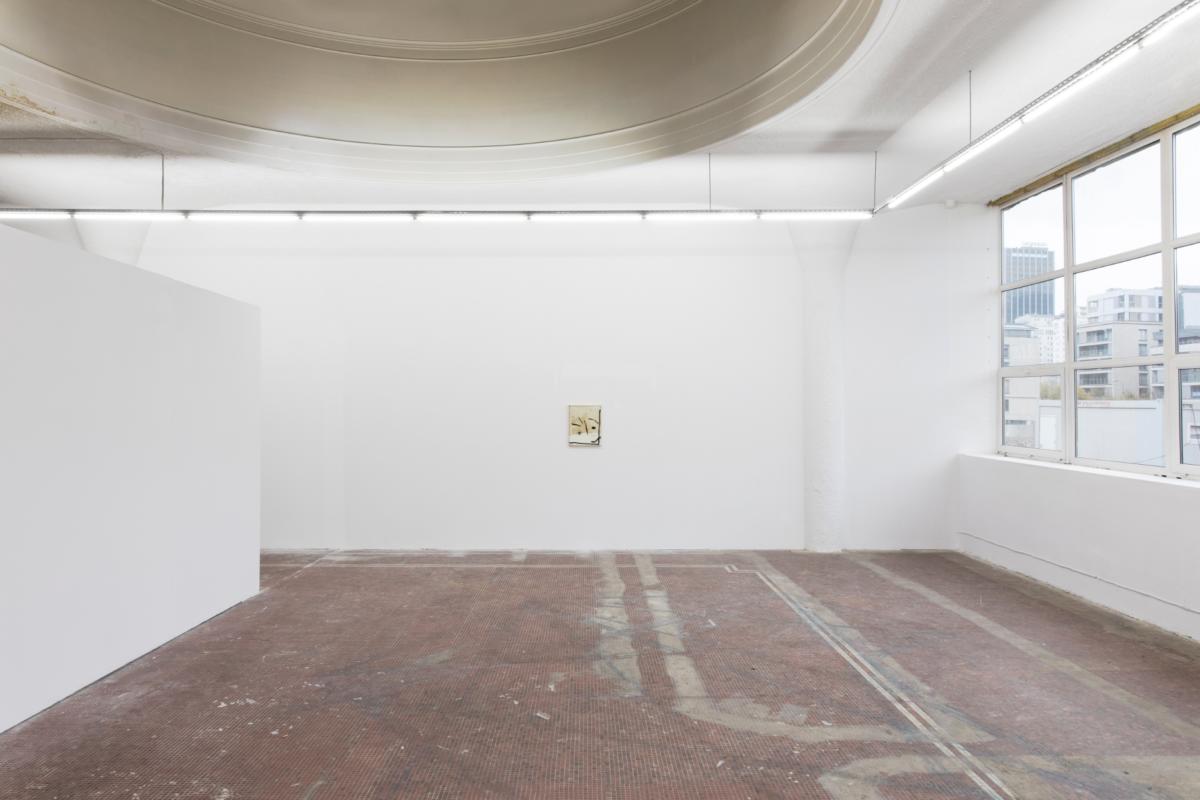 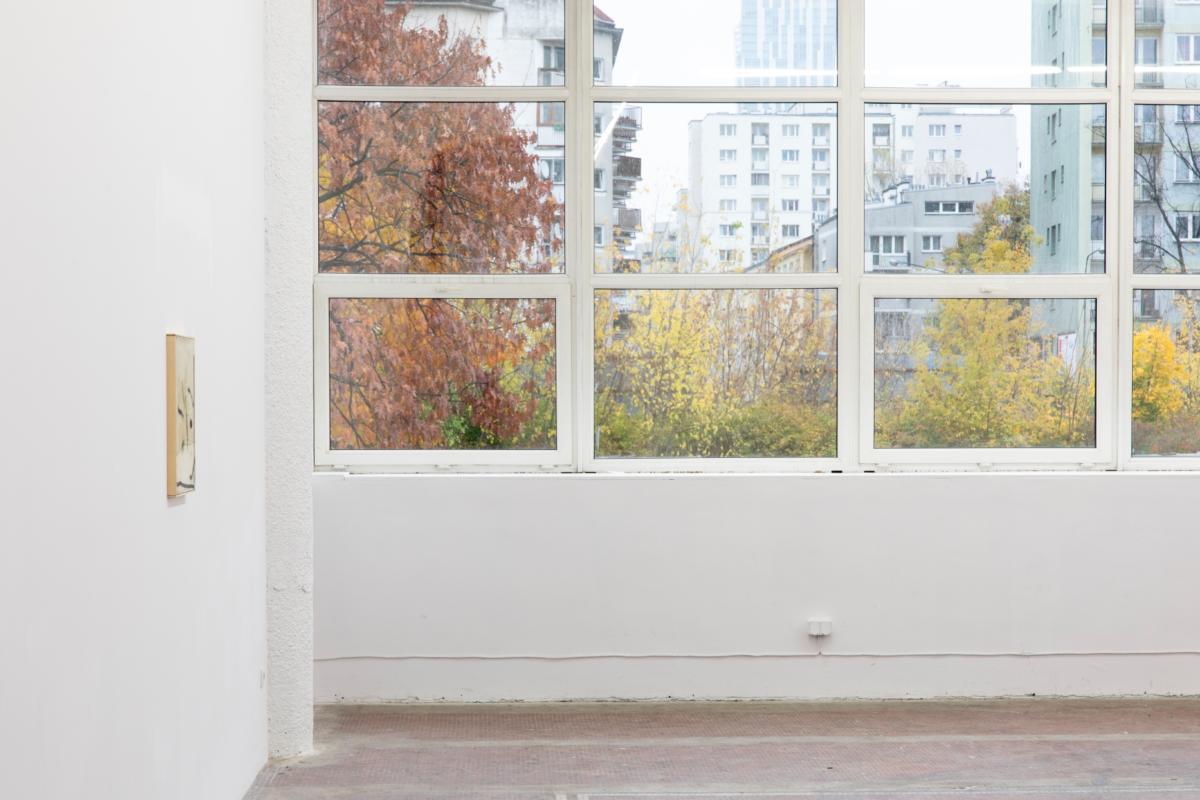 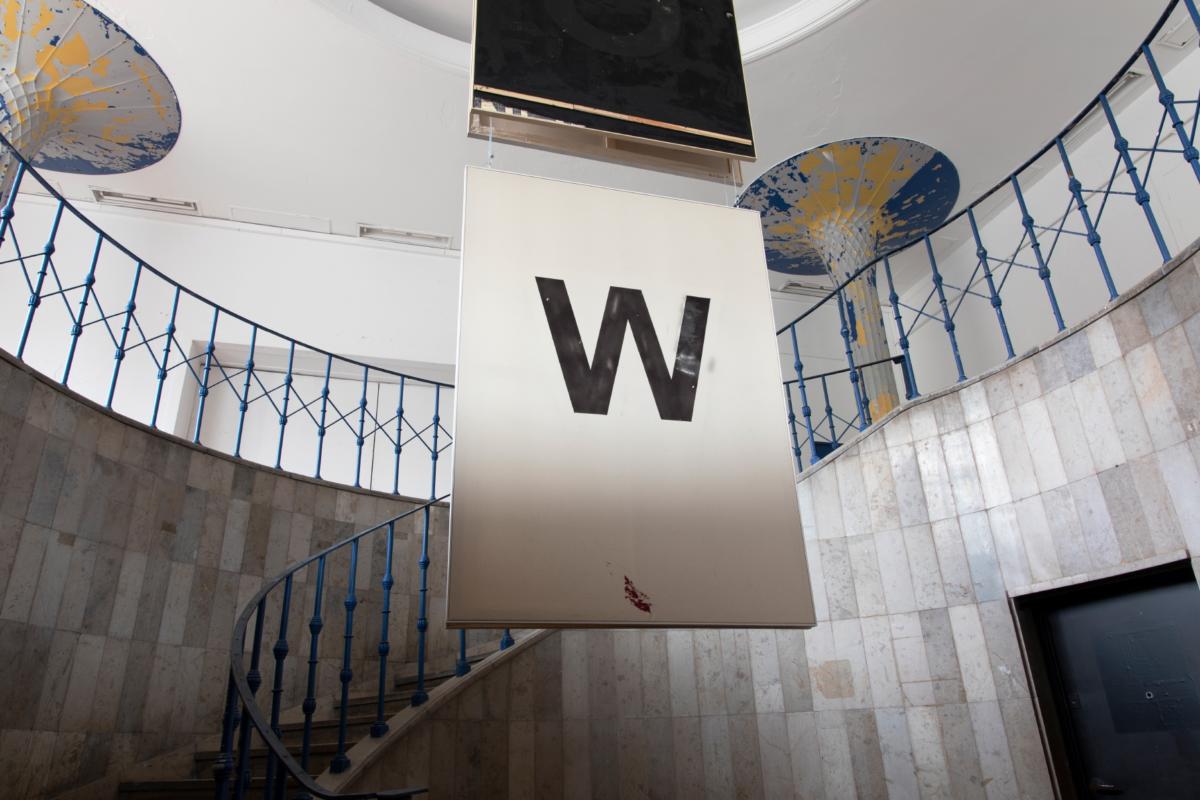 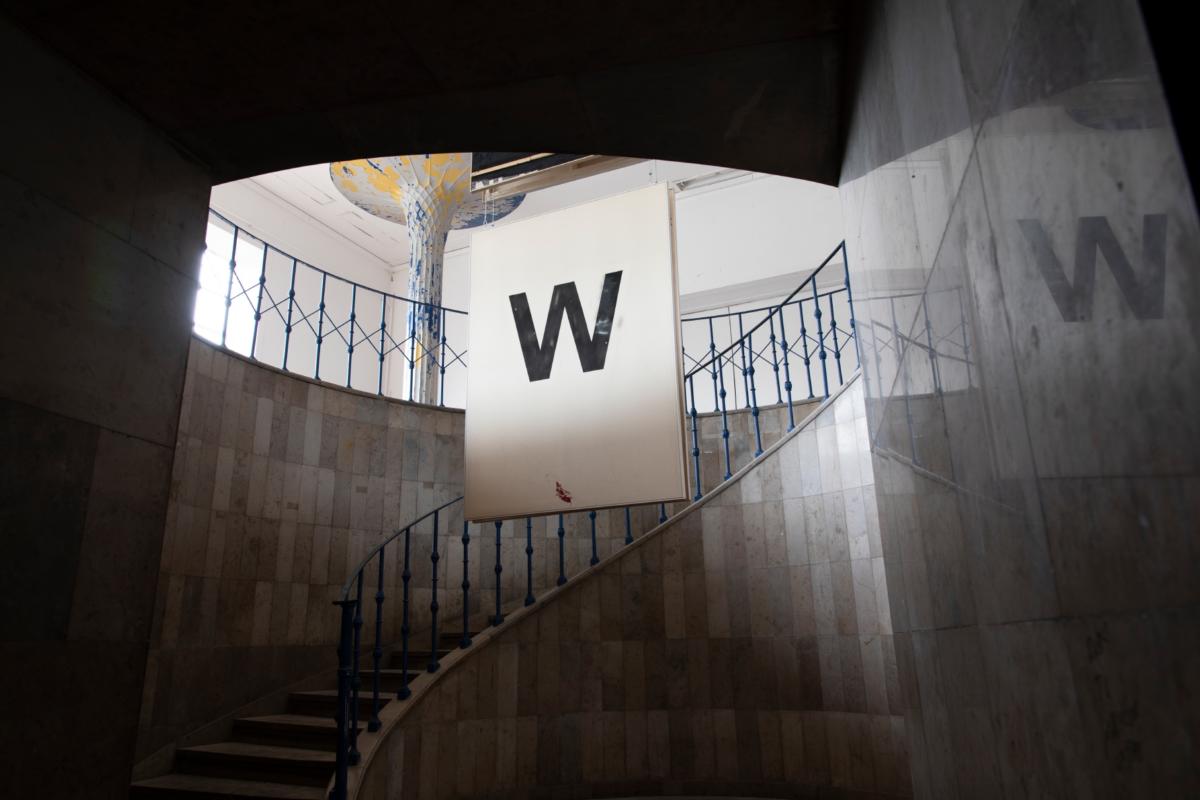 One can not think about Ostrowski‘s painting in the category of individual paintings, let alone details or individual motifs with distinguishable formal features. In this frugal work every detail is important, but everything is done in the form of an exhibition, where the mutual relations between individual images are as important as the space that separates them and the relationship with the place where they are exposed. It is also difficult to think about this exhibition in isolation from the city, whose experiencing had a direct impact on what we see. Warsaw, which the artist revisited after nearly two decades, is a city in which traces of particular epochs and their unfulfilled promises pile up and mutually destroy each other. Usually, the artists visiting this city are enthralled with modernist forms and objects, which very slowly erode and disappear, giving way to newer realizations. Ostrowski does not suspend himself on one aesthetics, he does not analyze individual motifs or specific arrangements. He focuses on pure, abstract differences, margins and afterimages. Methodically, he transfers to canvas forms, in which the impossible became necessary.

When the Images Looked at the Workers