In his native Slovakia, Martin Vongrej’s creative strategies are perceived as a distinctive continuation of the local characteristics of conceptual art of the second half of the 20th century. Vongrej’s ability to draw on a meticulously thought-out programme that ascends from the human subject to cosmic heights (and from there – pulled by gravity, enriched and expanded -descends again to the human level) places his work alongside the mostremarkable artistic concepts his predecessors have left us. In his conception, a work of art is inserted between the human senses and the surrounding world, visualizing the present (physical and spiritual) principles while stimulating their direct experiencing.

The core of the exhibition in the Fait Gallery is formed by Vongrej’s new paintings. They are among the most subtle the artist has created, and obviously invite aesthetic contemplation. In the paintings, coloured points are placed between parallel and intersecting lines making up constellations in which the points are either separated or grouped together. We also see points of the same colour shade in sets and rows wedged into each other. Elements of asymmetry are masterfully woven into the symmetries of geometrical compositions. In the intentions of Vongrej’s artistic work, the perception of all relationships is intrinsically linked to the processes of unconscious decision-making and our ability to comprehend them, including the paradoxes inherent in them. Is it possible, for example, to “see” symmetry and asymmetry at the same time? Is it possible to perceive points as separate and connected at the same time? Under these circumstances, a kind of “quantization game” takes place between seeing and thinking, in which one cannot actually perceive both, but only arrive at one qualitatively different result at any given moment, while being aware of both.

In connection with light, the theme of “qualitative difference” also features in the title of the exhibition. Martin Vongrej has previously worked with the paradox of a rotating mirror whose movement is not reflected on its surface, and we are thus unable to observe it. The illusion created is naturally not an empty optical charade but a meaning-inducing component accompanying the relations between the seen and thought, the realised. The moment we know that something is moving underneath an image yet the image is not responding to it properly, we can experience a certain doubling of the meaning of the observed phenomenon. This is also the case with the circular lights that the artist has placed in his new exhibition. In these, too, photons disregard the movement or immobility of the source, so we are unable to notice any qualitative difference sensorically. But since we are able to be aware of it, we must relate the term “qualitative” to the unit of the seeing and thinking recipient.

Unlike mirrors, however, Vongrej’s circular lights contribute to the illumination of the surrounding space and objects in it. As light sources, they are a condition of vision, but their position in space, or the range, intensity and inclination of their rays, co-determine what we see and how we see it.

It might follow from the above how important a role participating (!) observers play in these systems. Vongrej’s exhibitions operate with a kind of active situatedness. They emphasize that we are surrounded and drawn into newly created relations as perceiving, thinking and acting “points” in space and time. However, they extend from the factual experience we gain at a specific venue of the exhibition to the extra-artistic and extra-gallery reality, the “out there”. Each of Vongrej’s exhibitions thus takes on a model-like quality which contains the laws that track our experience in imaginarily separate spheres of interpersonal sharing, earthly nature closest to our physical existence and its (only more distant from man) cosmic extension. 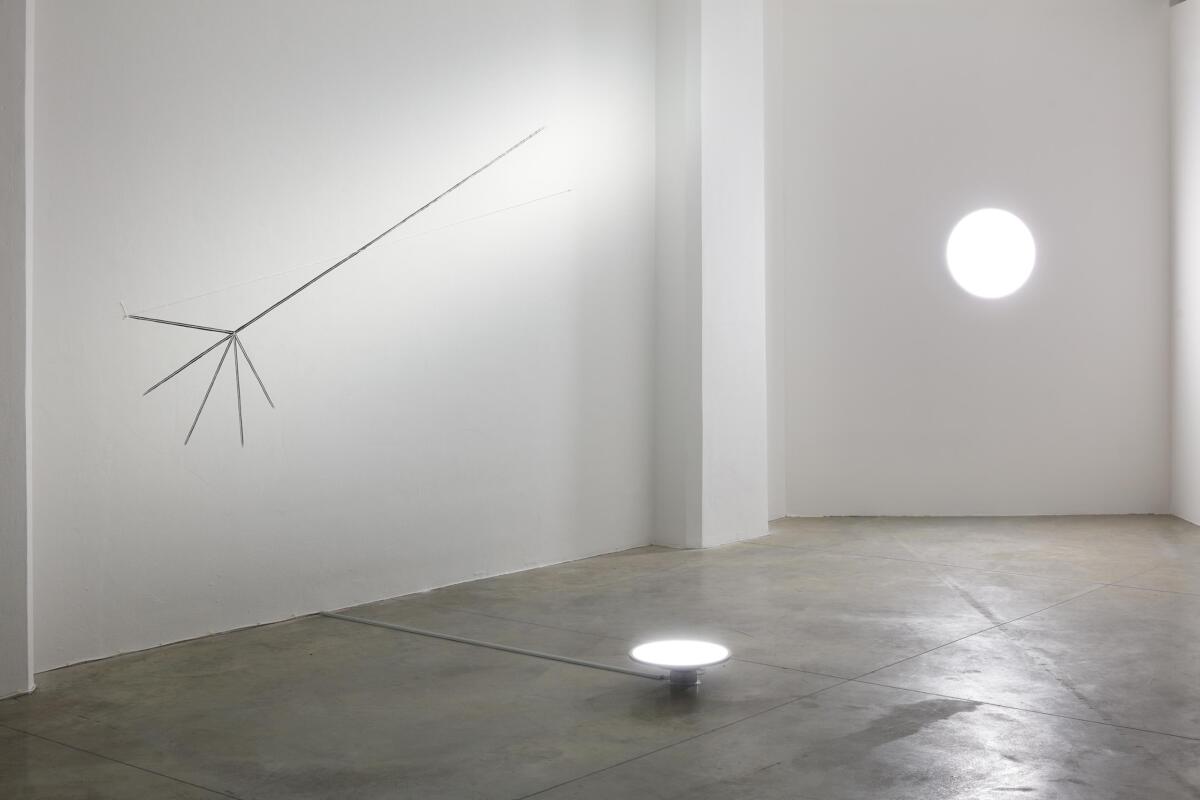 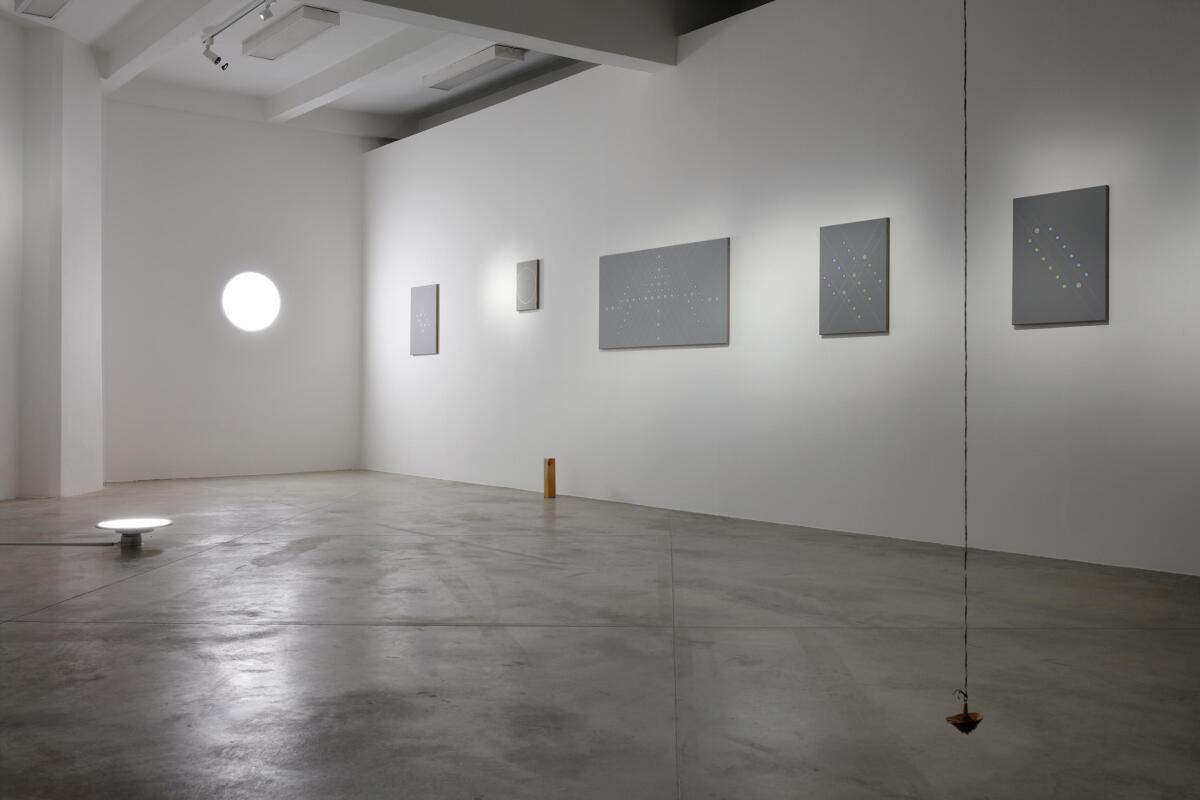 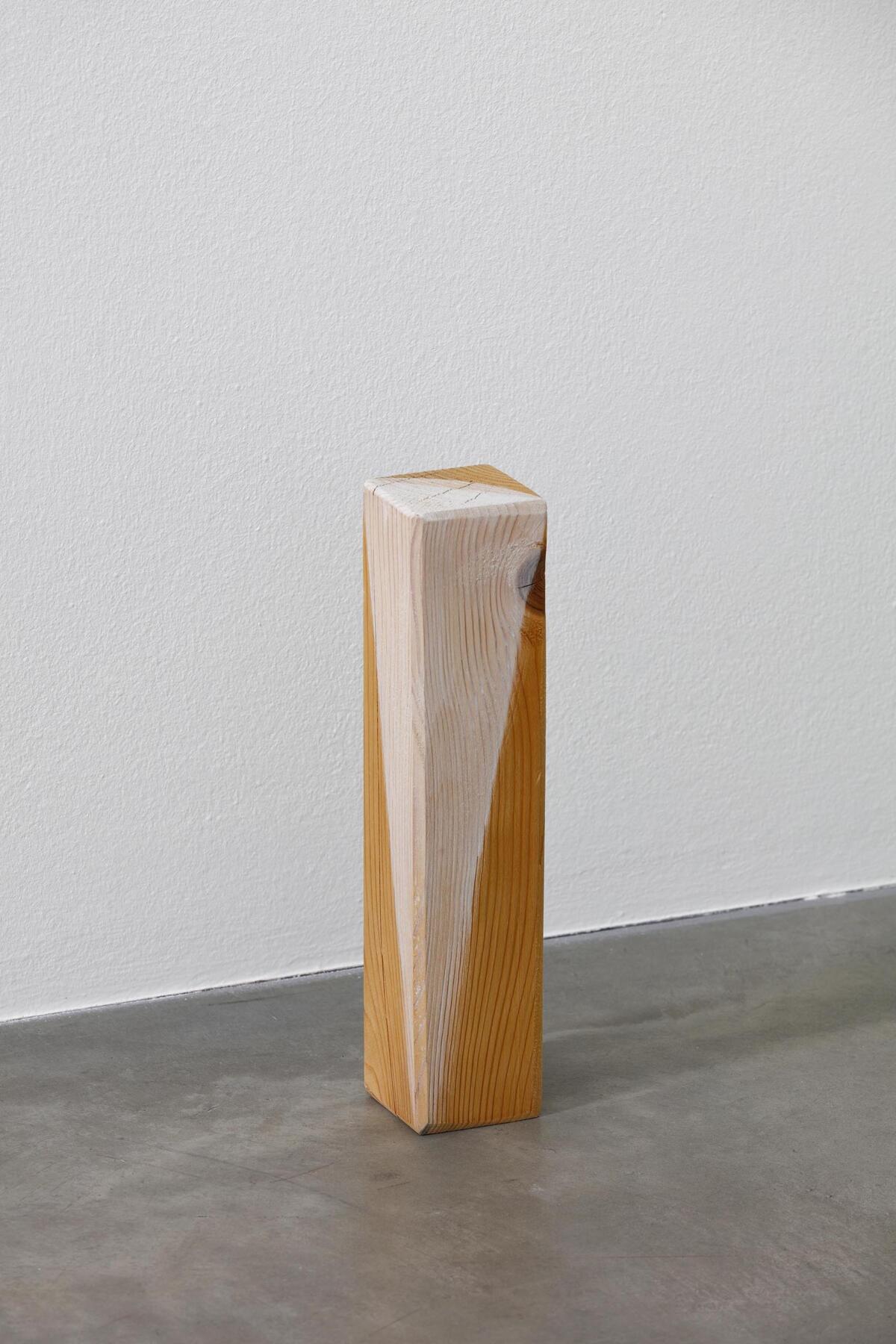 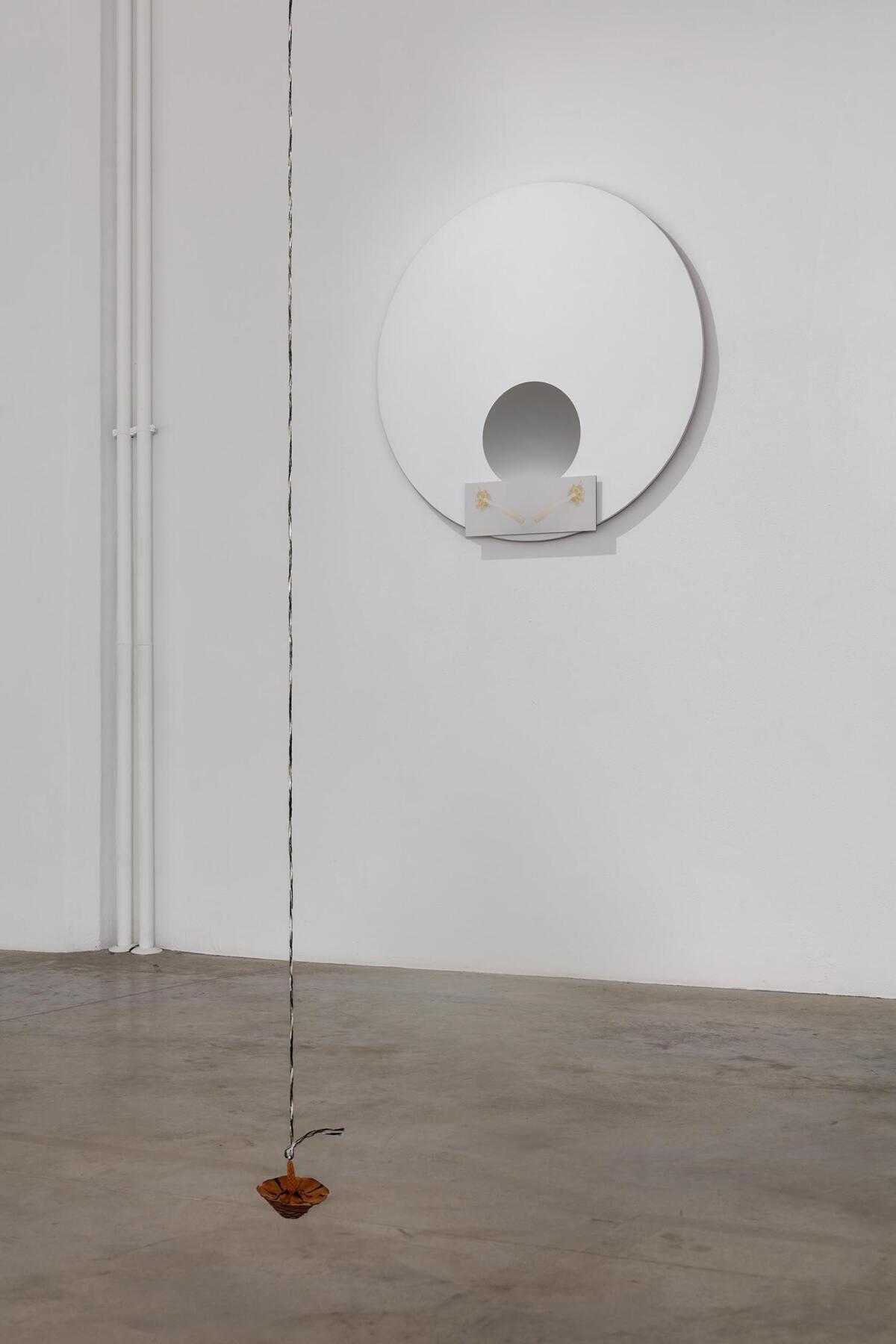 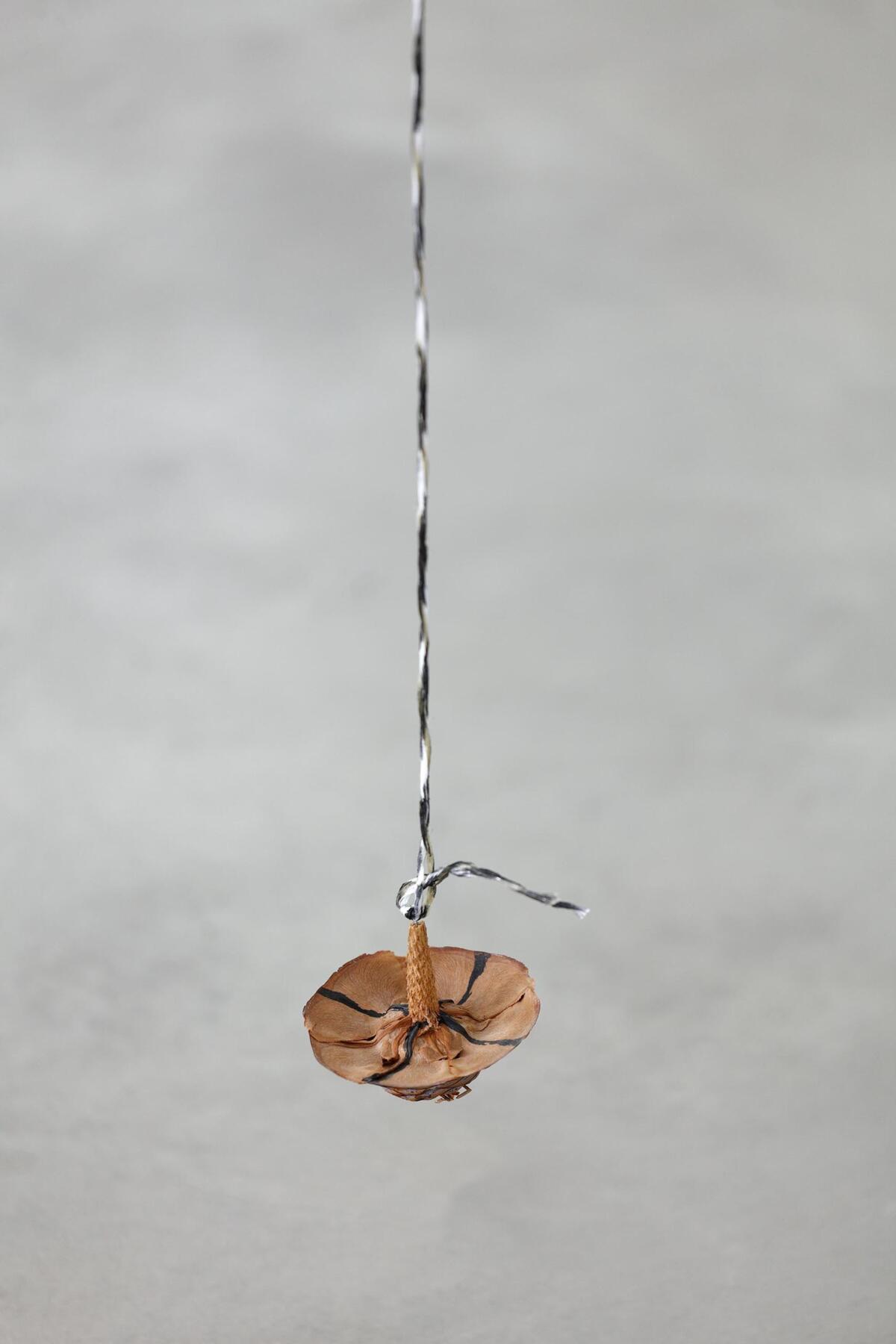