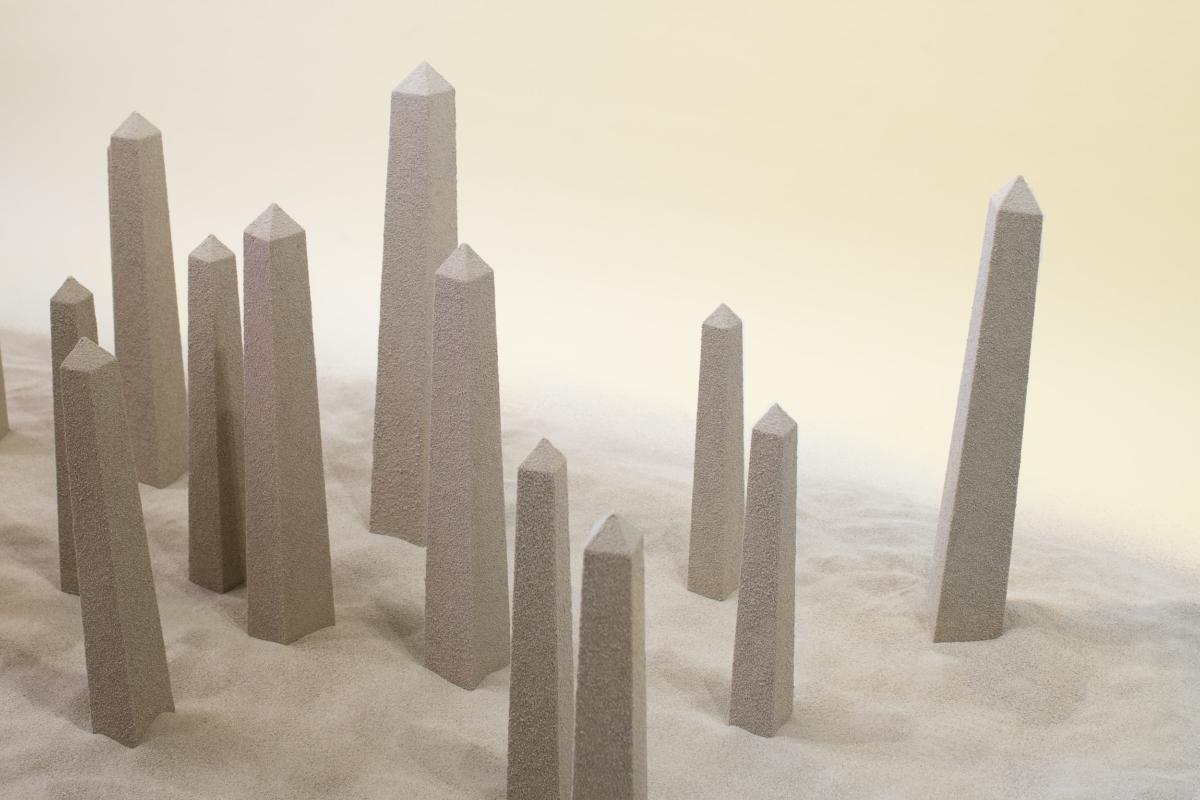 “We don’t need another hero,” Tina Turner sings in the theme song from the 1985 cult film Mad Max. This year’s edition of the Berlin Biennale uses this motto as a counterpoint to the contemporary forms of triumphalism and heroism which are prevalent both in today’s politics and economy, as well as in personal lifestyle, or rather in society’s pressure on the individual.  The idea of the hero as an outstanding individual, an idol meant to be followed, goes deep into the history of the humankind. It constitutes an anthropocentric and patriarchal model that still takes part in formation of one’s subjectivity. However, the ideal it expresses can also serve as tool of disciplination and – through its potentially demotivating aspect – preservation of status quo. 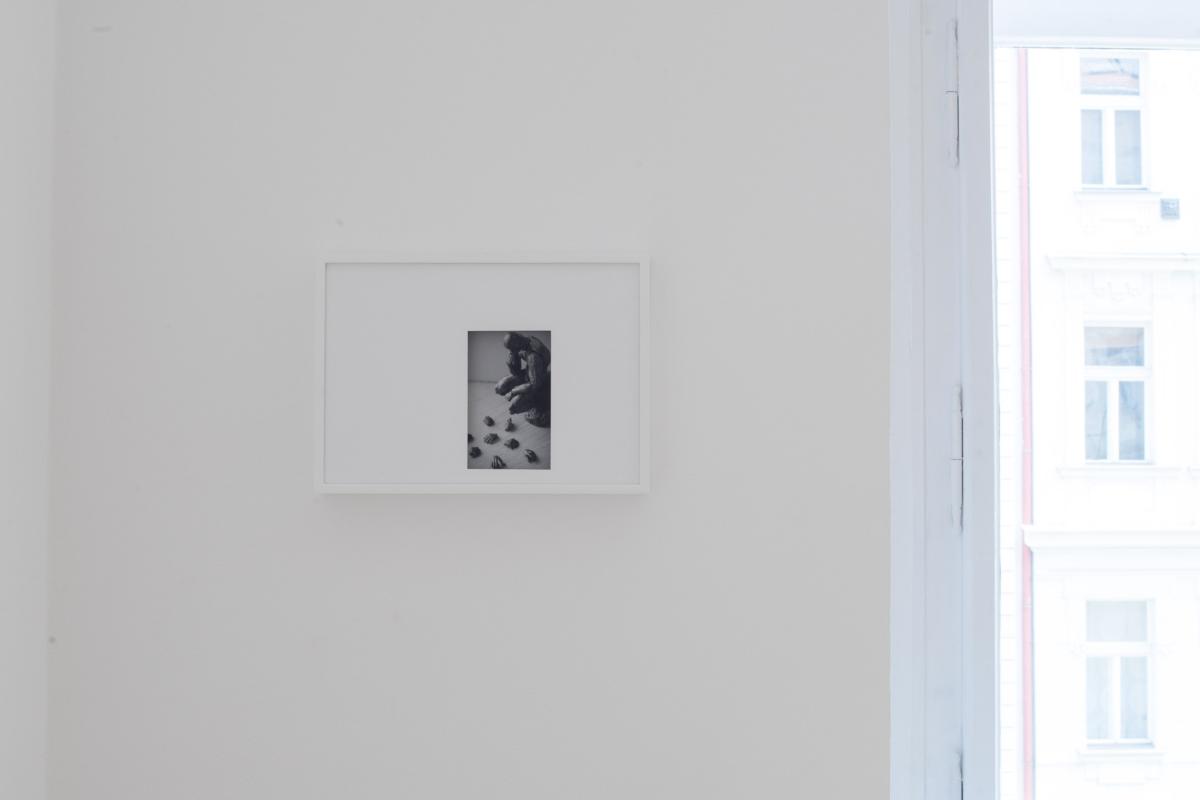 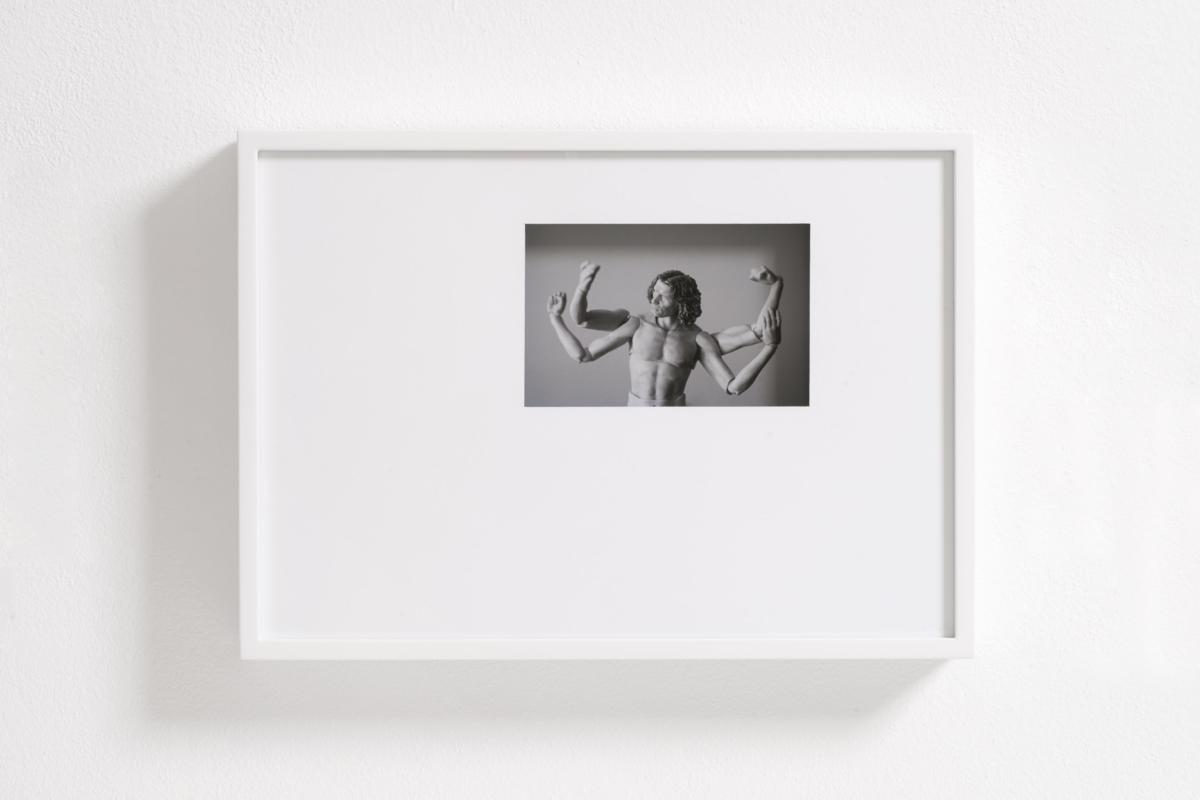 These themes are central to Lucia Sceranková’s current show in Zahorian &van Espen Gallery. Lucia plays with the motifs of the triumphal arch and the obelisk by changing their scale and material. The two exhibited installations express illusiveness and ephemerality of fame which the monuments are supposed to preserve for eternity.  The solemnity of the monuments is contrasted with certain infantility of the used forms (miniature, toy, using of sand). This aspect pulls from the timelessness of ideals and takes us back to awareness of ourselves as temporal, gradually formed subjects – with the social imperative of success and distinction being one of the key factors of this development. Lucia uses toys (serially produced figures from Japanese company Max Factory) in a new series of photographs called Table Museum. From an edition of the same name the artist selected three iconic figures: Michelangelo’s David, The Thinker by Auguste Rodin and the Vitruvian Man from Leonardo’s drawing. We can interpret this selection as a typology of (male) heroes: David as the ideal of strength and beauty, the Thinker as an allegory of philosophy and soulfulness and the Vitruvian Man as a symbol of rationality and humanism. Flexibility of these toy-figures (delivered with extra hands or heads in the package) enables the artist to play with them and show them from new, unexpected angles. In this way, using subtle shifts, Lucia subverts the respectability of these characters. 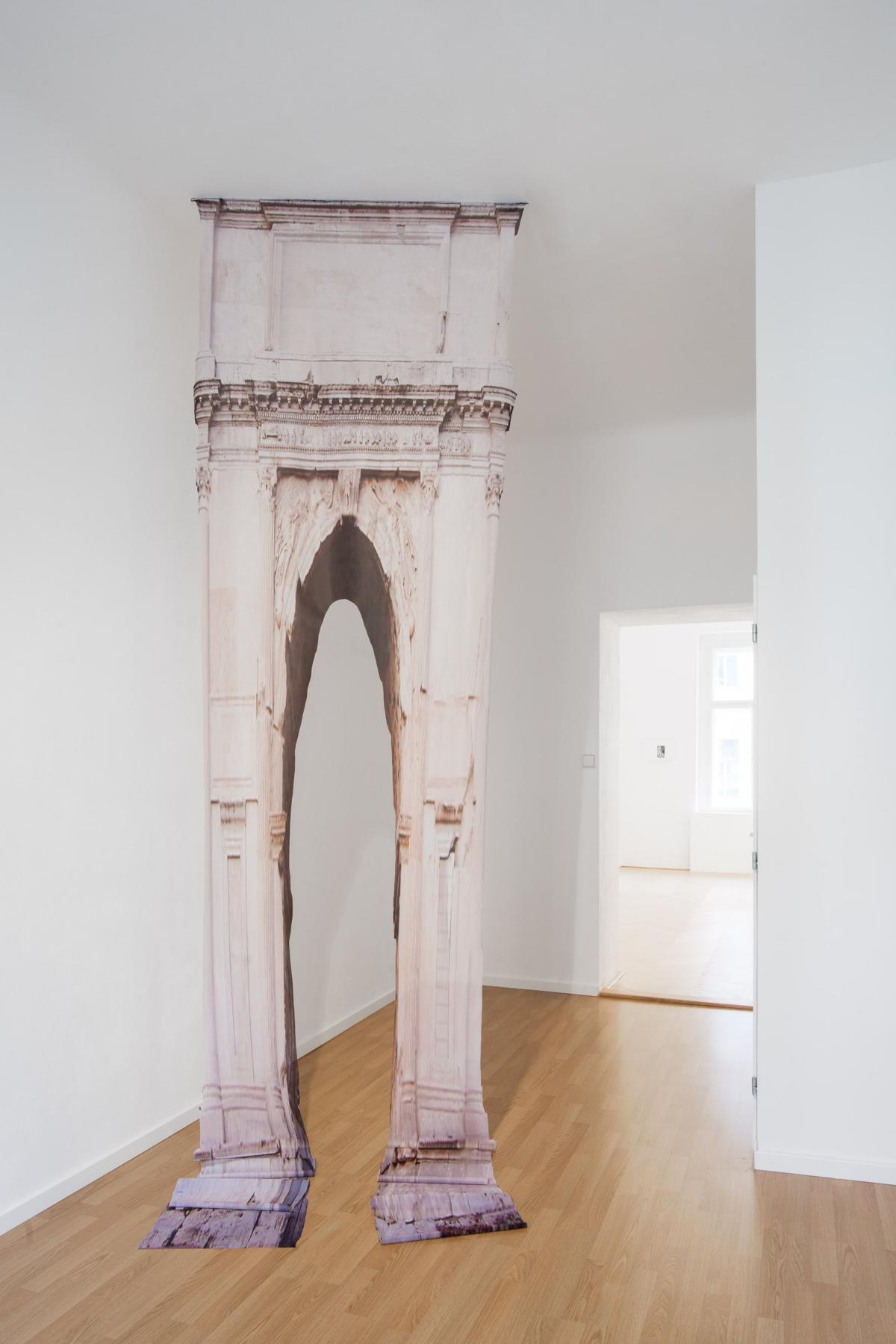 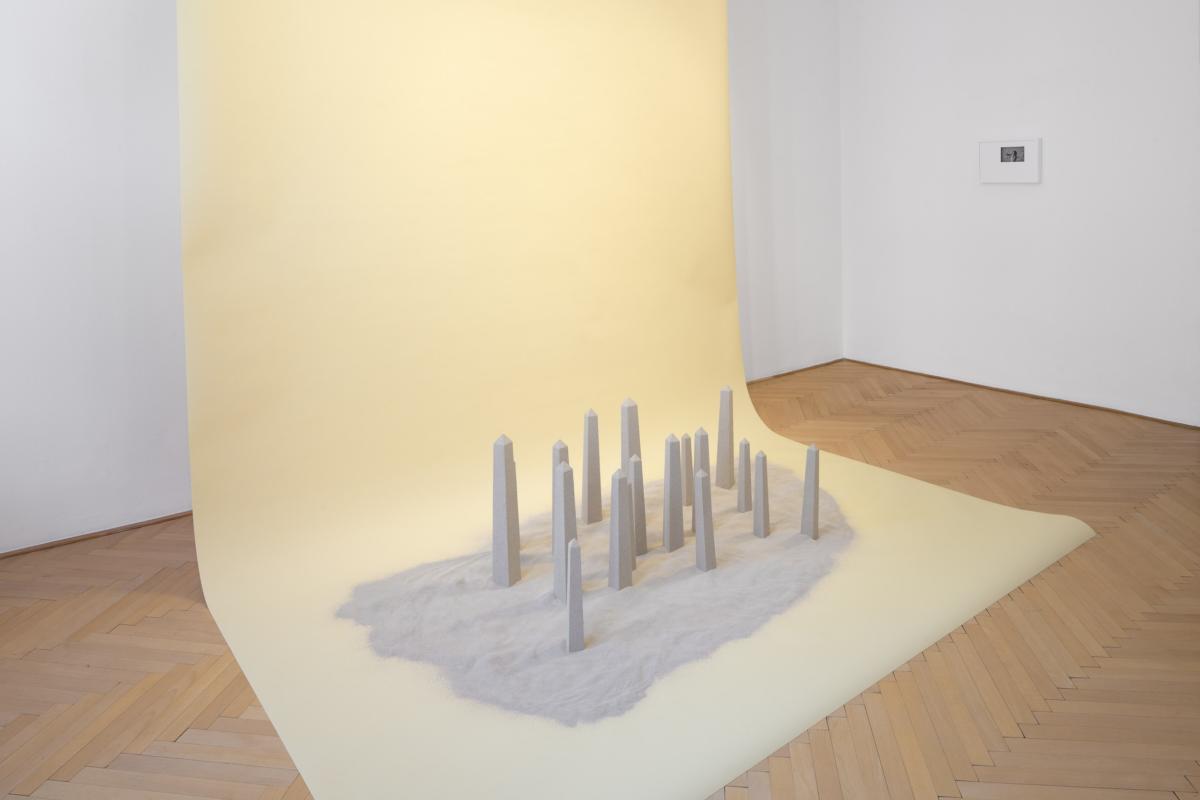 Lucia’s approach doesn’t lack humour and irony, nor a specific charm. Tenderness and intimacy of the presented works function as a subversive strategy, consciously open to interpretation as a form of parody or caricature. Heroes and triumphs are being challenged, discredited, even mocked. The choice of the traditional symbols of victory, power and superiority is informed by desire to confront the ideology of triumphalism that is once again on the rise. Finally, the fact that Sceranková chose only men as examples of heroic figures is significant. The absence of female heroes is consistent with the exhibition’s overall critique of the concept of heroism. Exclusivity connected with and generated by the idea of the hero (similarly to the genius in Art) cannot be separated from dominance and superiority. For this reason feminist and non-anthropocentric thinkers suggest re-evaluation of the meaning of heroism, emphasising values of “everyday heroism” (to borrow from Philip Zimbardo), based on solidarity, cooperation, care or sustainable and ecological way of life. Coming back to the Tina Turner song, one could read Sceranková’s exhibition as an expression of doubt about the necessity of the traditional hero figures in contemporary world, as well as an invitation to thinking about the world without them.