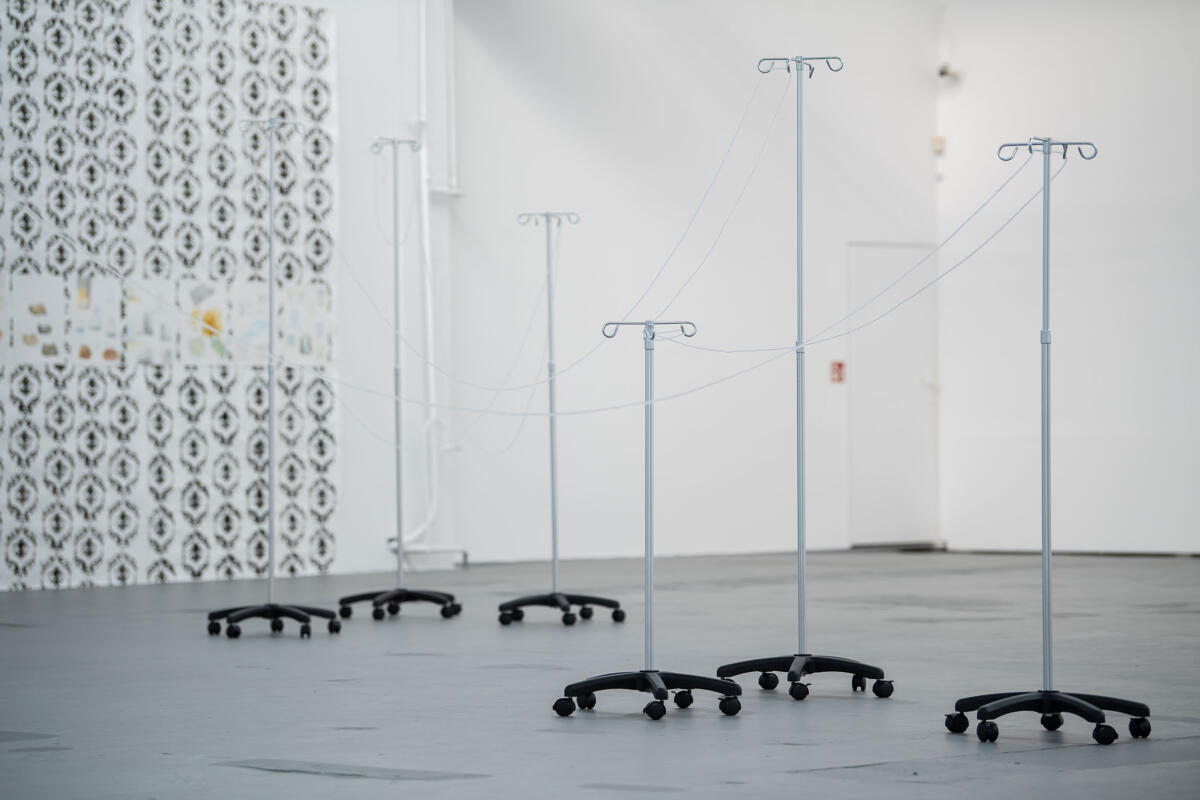 The current exhibition of scholarship holders of the “Gaude Polonia” programme at Galeria Labirynt, like many events in 2020 is marked with a special status and takes place rather “against” rather than “thanks to”.
In the middle of March we were caught in halfway into a regime of forced isolation caused by the global pandemic, we all found ourselves in a strange state of “Somewhere Now”. Even if at first this temporary pause seemed to be a long-awaited hiatus in an endless race of projects and events, then, after a few weeks, that new temporality left less and less space for deep breath.

“Somewhere Now” is an exhibition about the moment in time and the whole of this moment, expressed in the inability to construct connected and coherent narratives. The feeling and understanding of this moment of time suspension turned out to be individual for each of us. On the one hand, we were stuck between planned projects and exhibitions, and on the other, in space consisting of four walls, a bed, a wardrobe, a table and a chair. In flats of other people, in foreign countries. 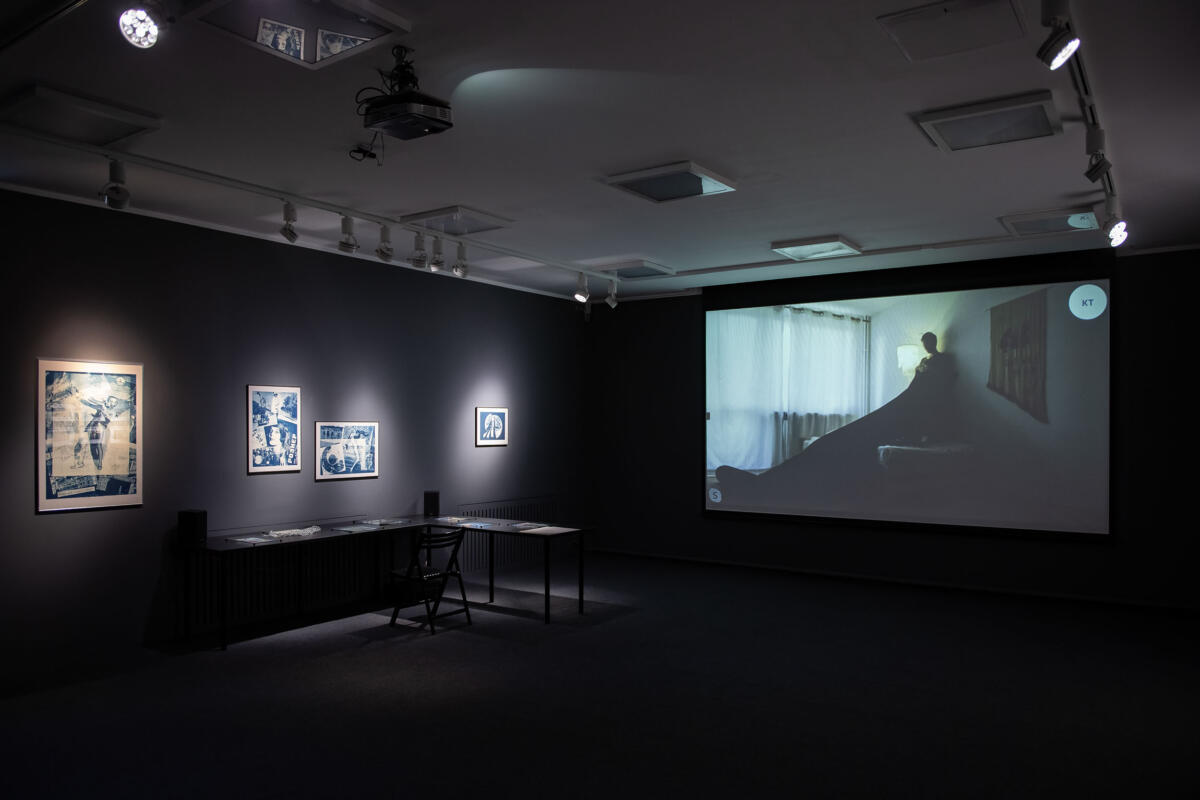 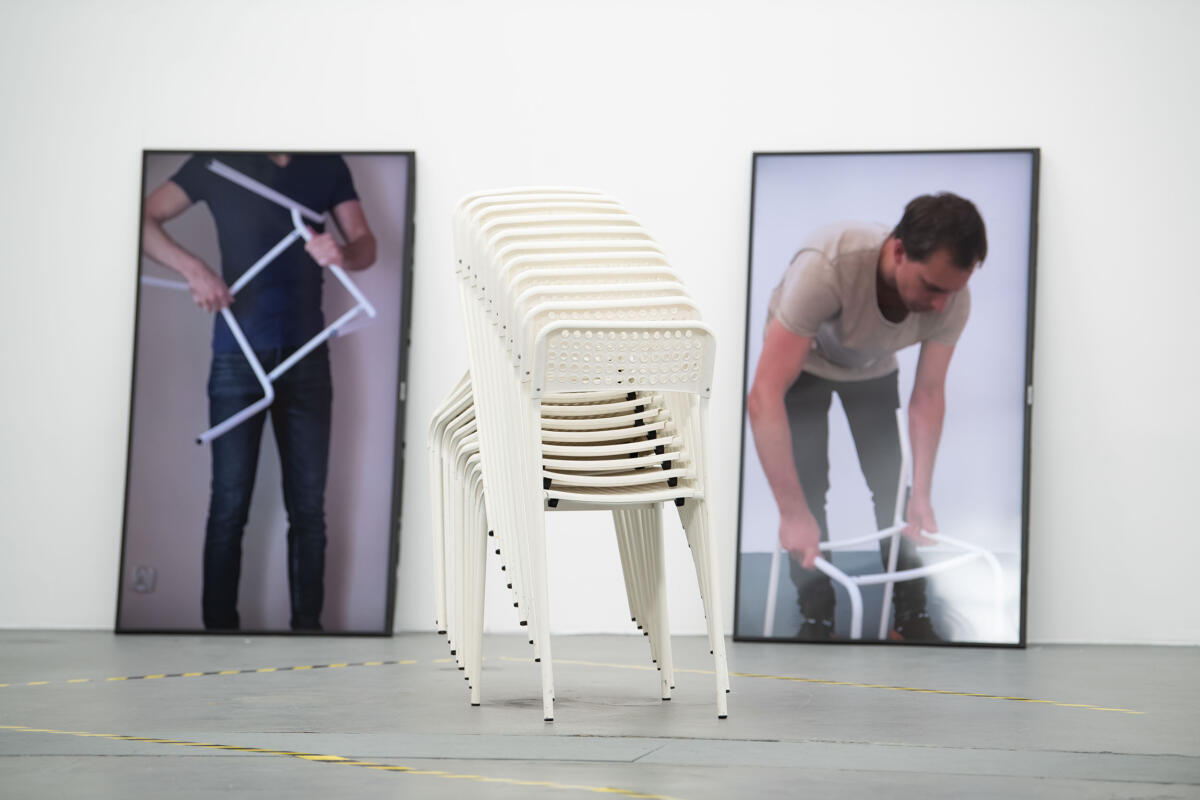 Therefore, the time modus and the concept of contemporaneity itself constituted a uniform background for all the works created by artists at that time. “Contemporaneity”, which, according to Terry Smith, reflects the regime of simultaneity and interconnectedness not only of subjects at the moment of critical understanding of the global nature of society, but also the simultaneity of regimes of the past, present and future[1], turned out to be one of the main topics of works presented by the exhibition participants.

In one of the interviews, Polish director, Marek Koterski, describing events in Polish art at the turn of the 1960s and 1970s, said that “once there was nothing but art […] today I think that life is more important than art”[2].
These words were said long before the pandemic, but they proved to be in line with the context in which the works presented at the exhibition were created. Most of the participants were forced to change their initial ideas, taking into account new life circumstances. Which, in turn, has changed artists themselves in many aspects.

For example, the Ukrainian artist Piotr Armianovski, who planned large-scale VR work in the Poznań castle wasn’t given access to the main object of his project and changed it to the Poznań Palm House, which turned out to be a place of “beautiful escape” from four walls to something alive and important. The position of the active eye of artificial intelligence finally gave way to a meditative appearance that takes a different form of plant intelligence. 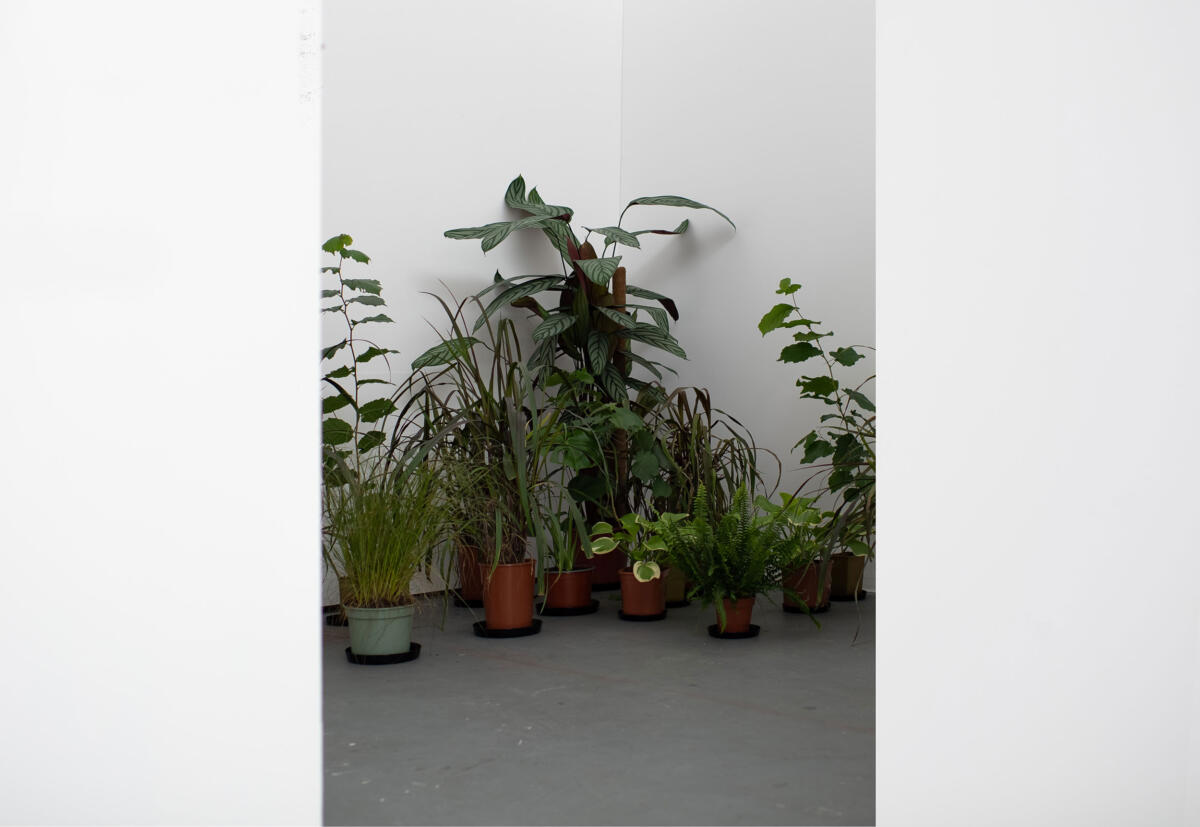 For some projects, Zoom and Skype have become a new artistic medium. Just like for the Belarusian artist Tatsiana Karpachova, for whom the original project was transformed into a story about Belarusians living in Poland. After carrying out interviews via Skype, the artist made a documentary series of works devoted to everyday life as such. When for a few months there is nothing but everyday life.

For the Ukrainian artist Anna Zvyagintseva, drawing from memory turned out to be the main form of artistic practice. Paintings and patterns reproduced in the form of drawings that combine childhood memories and significant social events are a special way of understanding time. It always has an individual dimension, even if it exists in a temporarily imposed mode.

An unusual form of landscape reproduction is also offered by the Ukrainian artist Yegor Antsyhin, who worked with the context of Lublin in a historical, cultural and anthropological perspective. The 16-channel video consists of a series of bodily, social and artistic work-related experiences in a specific place – the city of Lublin, which the artist tries to memorise with the help of unique tools (song sung on a walk along the river, story of another person, getting punched in face by the curator). A landscape without history. Memory that cannot be torn away from artistic practice and human life. 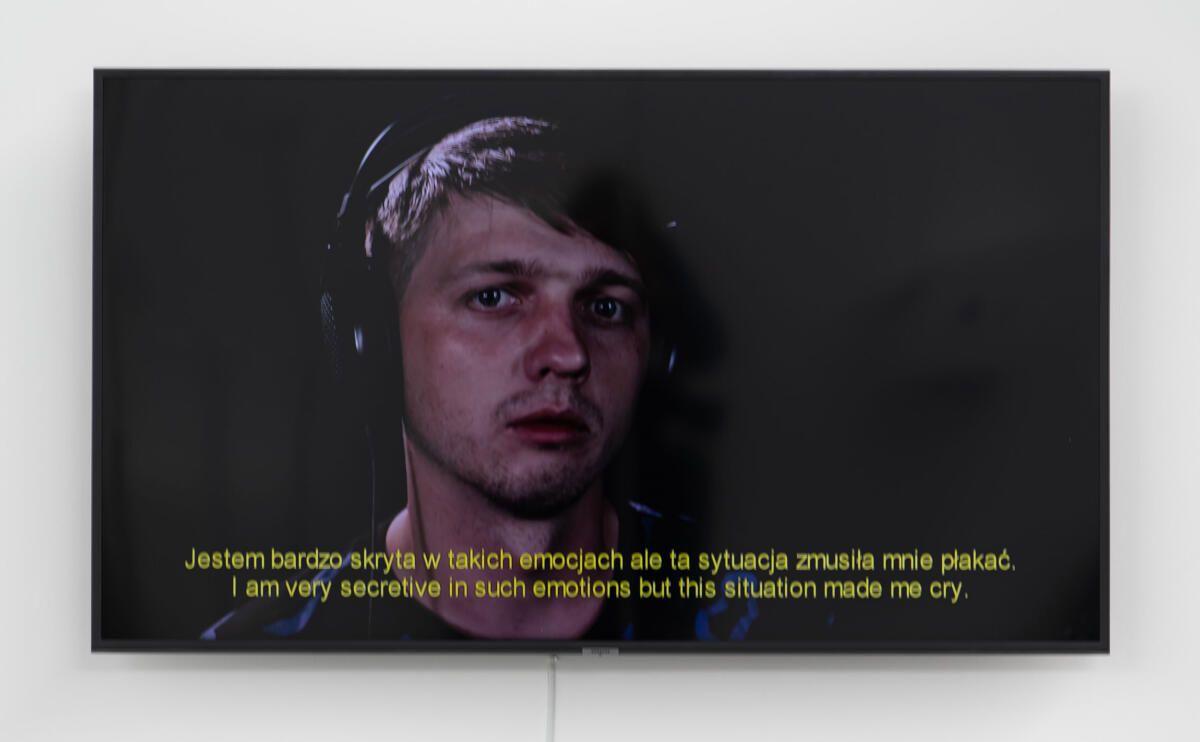 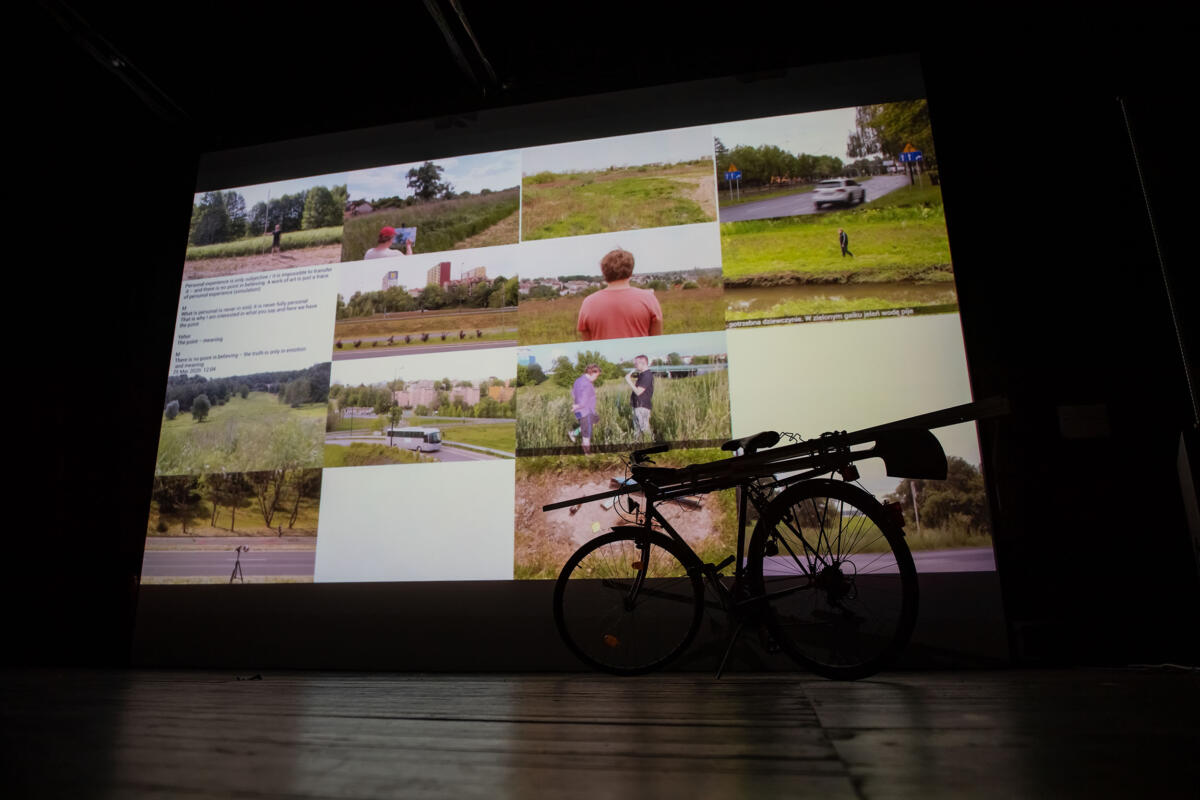 According to Giorgio Agamben, the form of time imposed on us during the pandemic manifests itself in the so-called health care terror, when instead of a discourse on “health” an infinite discourse on “recovery” takes place, establishing new forms of power and control over individuals. They are expressed in the need for social distance, isolation, minimising social contacts. As a result, this undoubtedly leads to an increase in phobia in relation to the Other. Whether it is homophobia, xenophobia or “covid-phobia” – when an accidental cough may prove to be the decisive moment leading to social stigmatisation.

The project of the Ukrainian artist Yuriy Biley, exhibited in the famous anti-fascist yellow kiosk, includes several stories “On hospitality”, which often turns out to be a hostage of stereotypes about “visitors” and “newcomers”, showing both global historical moments of the past and moments of everyday life in which the foreigner’s accent turns out to be decisive for the social reaction.

Are we humans or ideology? Ukrainians, Belarusians, Poles, Russians – are we hostages of the joint time? We are artists. Somewhere now.

[1] Terry Smith, “Contemporaneity in the History of Art: A Clark Workshop 2009, Summaries of Papers and Notes on Discussions,” Contemporaneity: Historical Presence in Visual Culture 1 (June 2011): 3-34, https://contemporaneity.pitt.edu/ojs/contemporaneity/article/view/32/3. 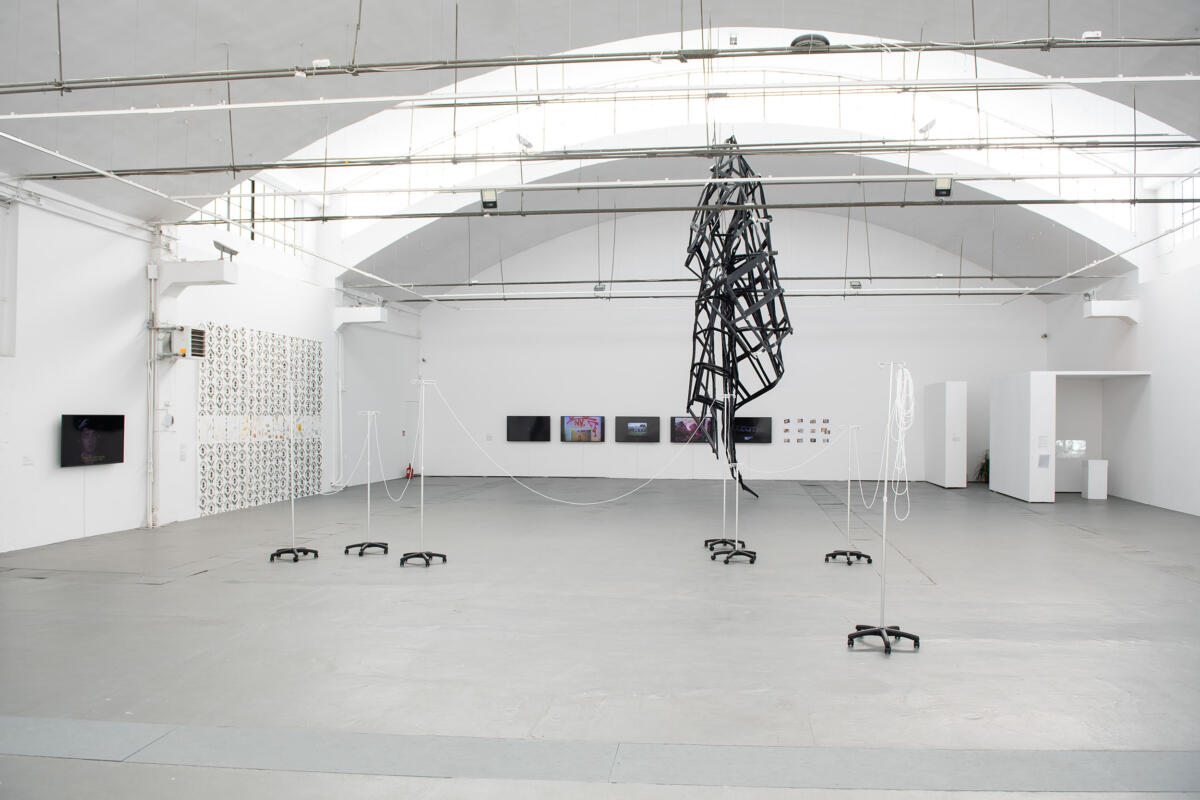 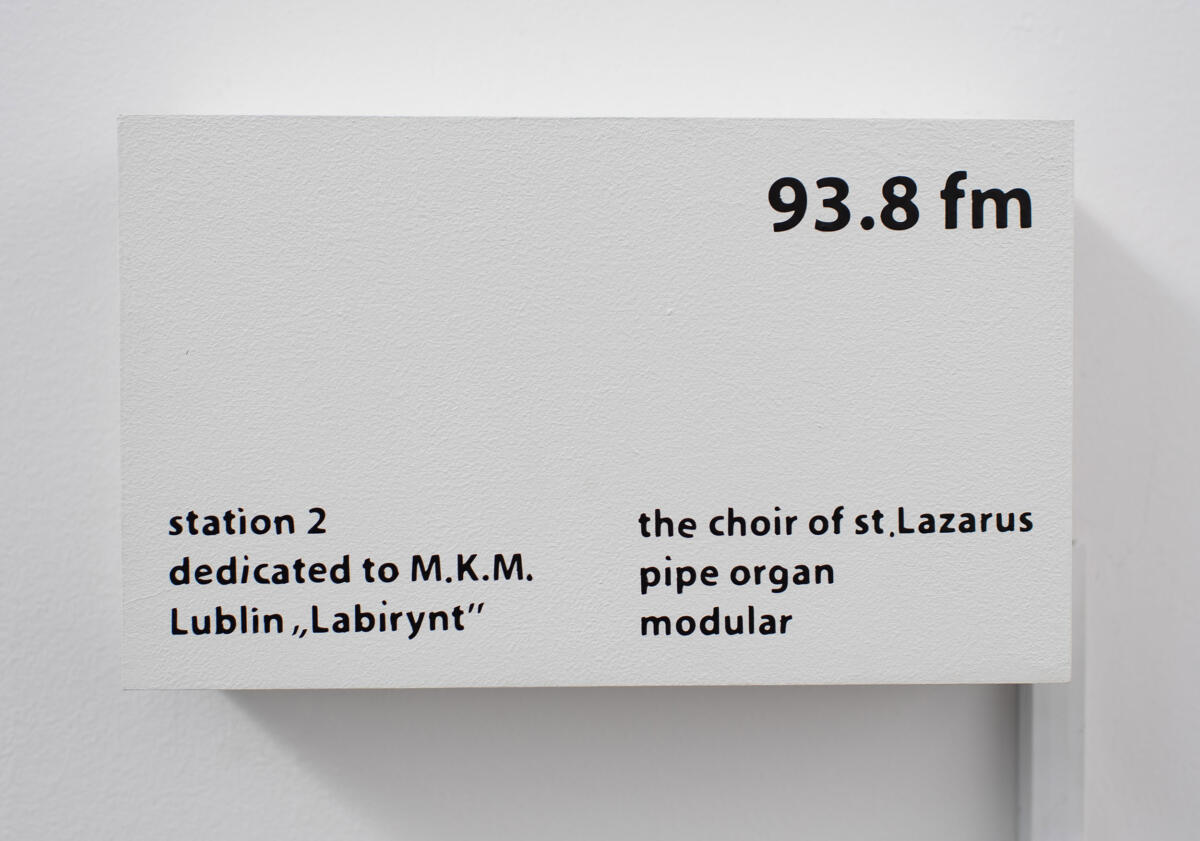 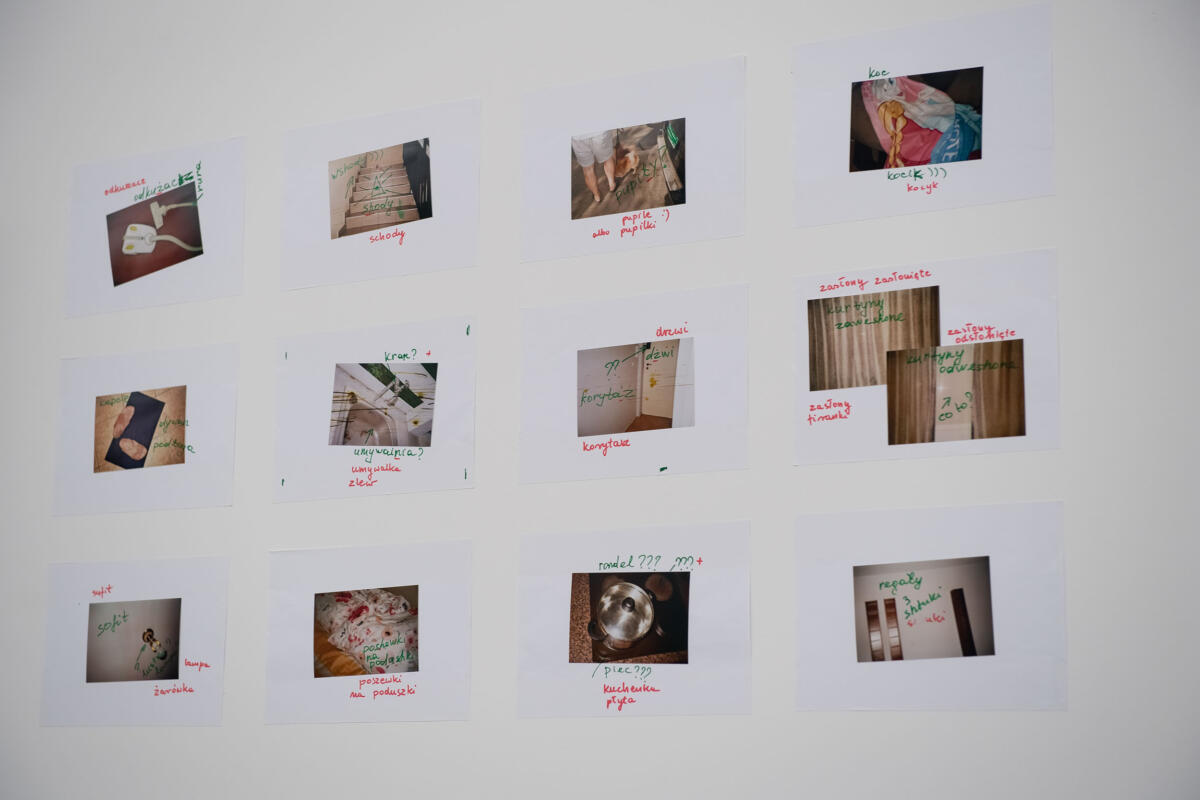 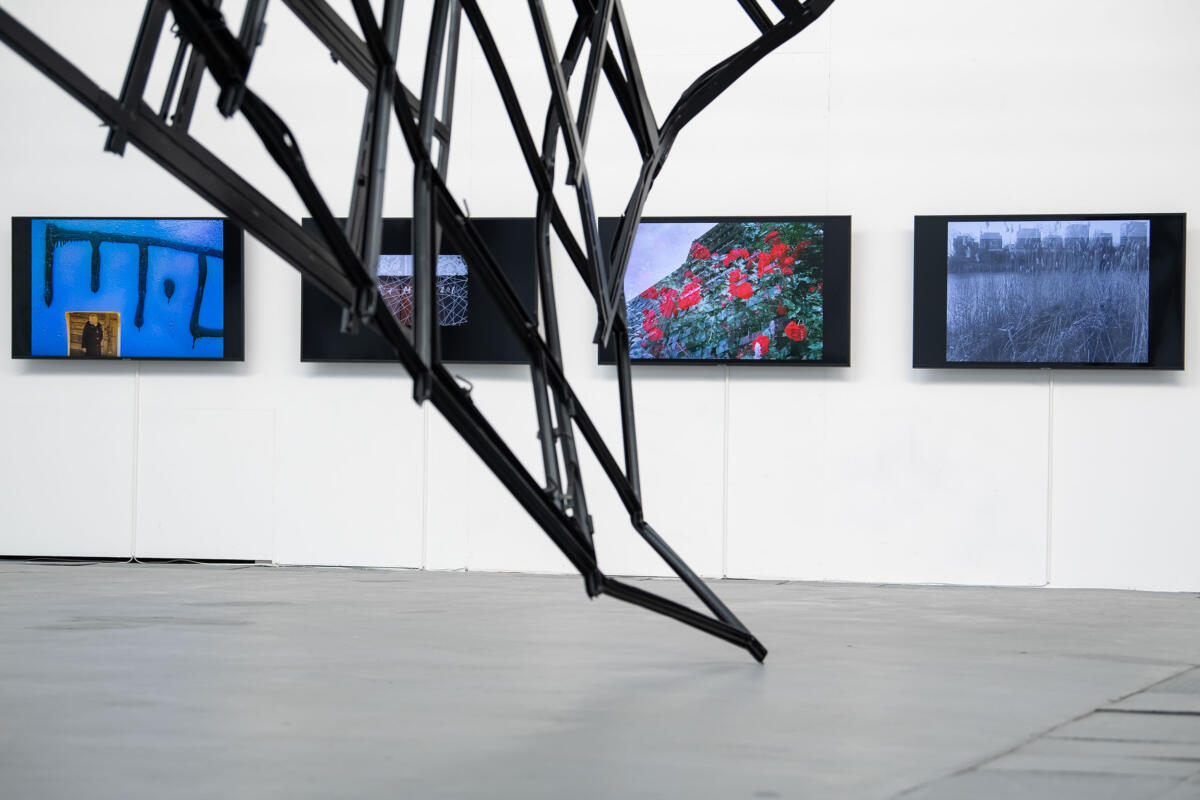 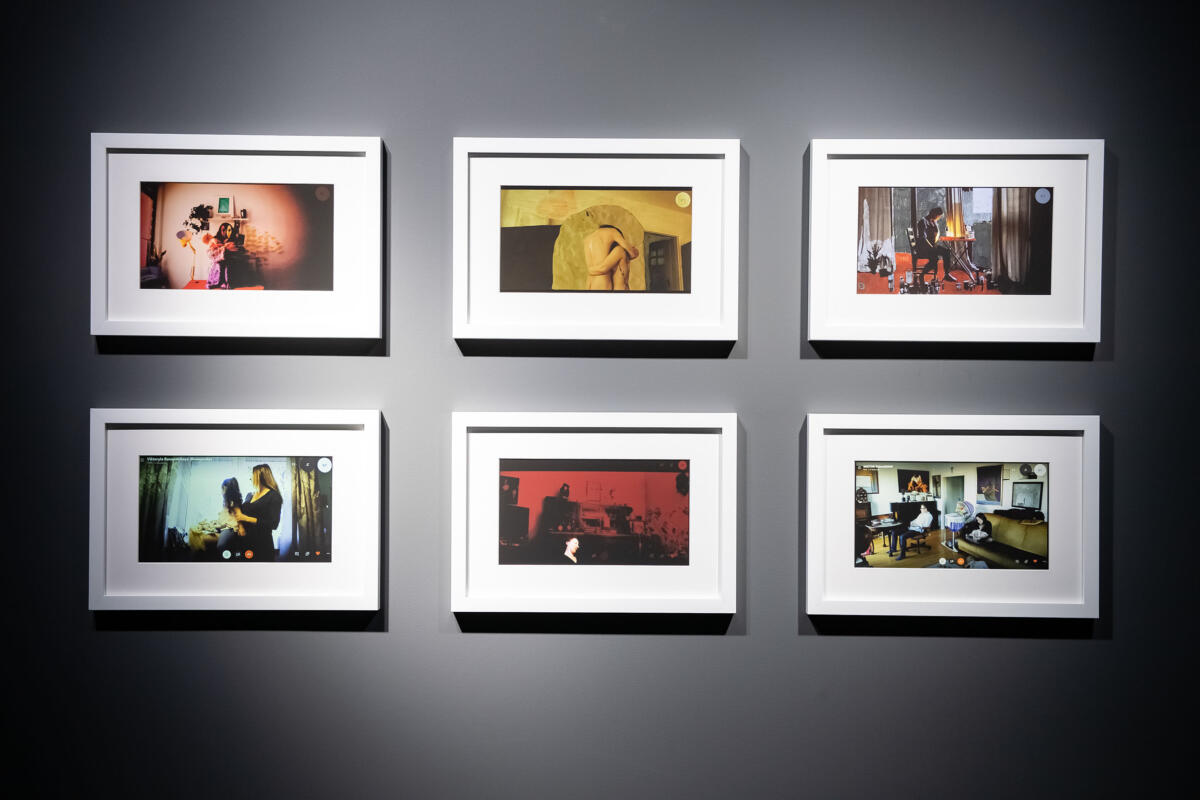 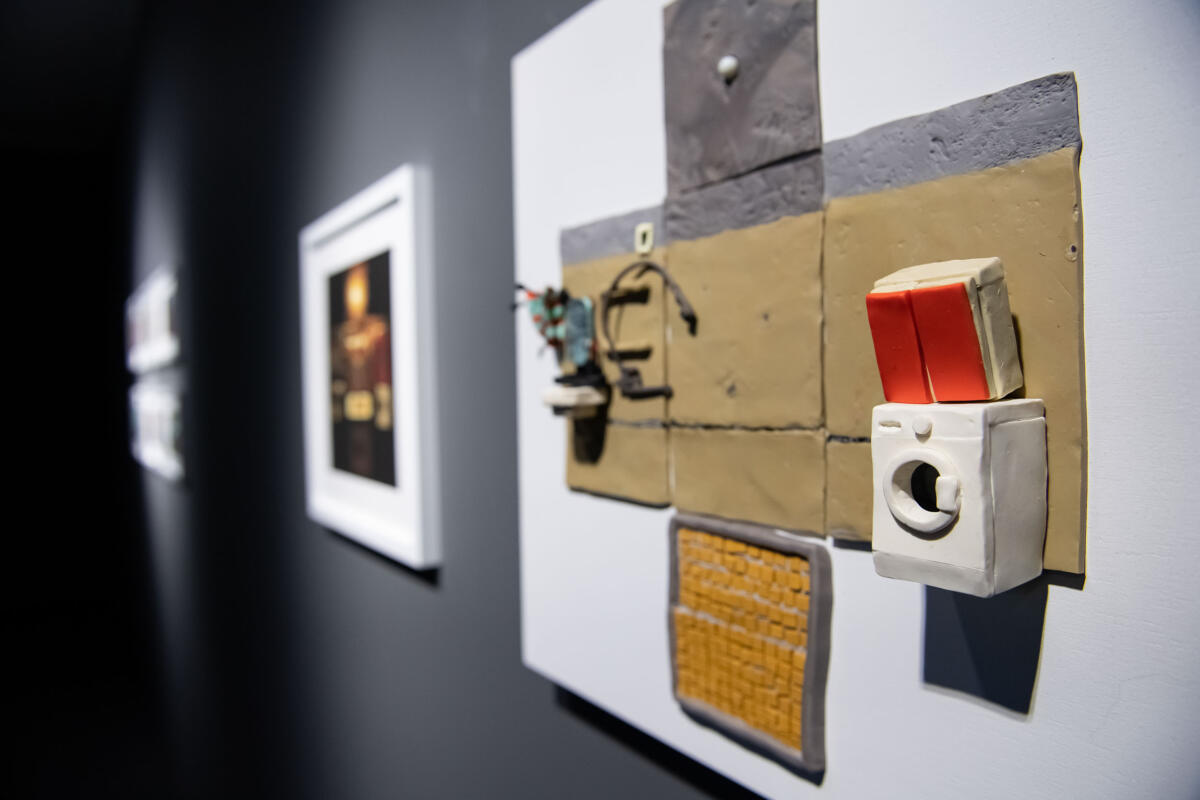 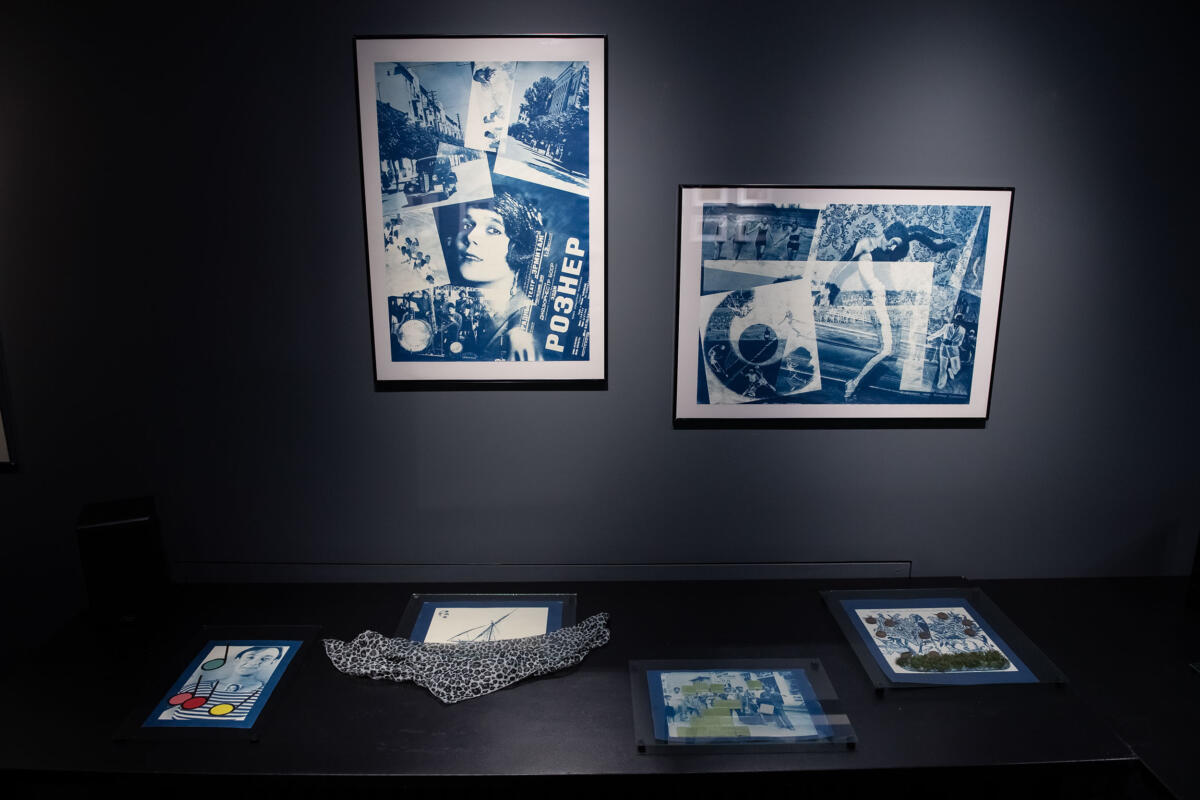 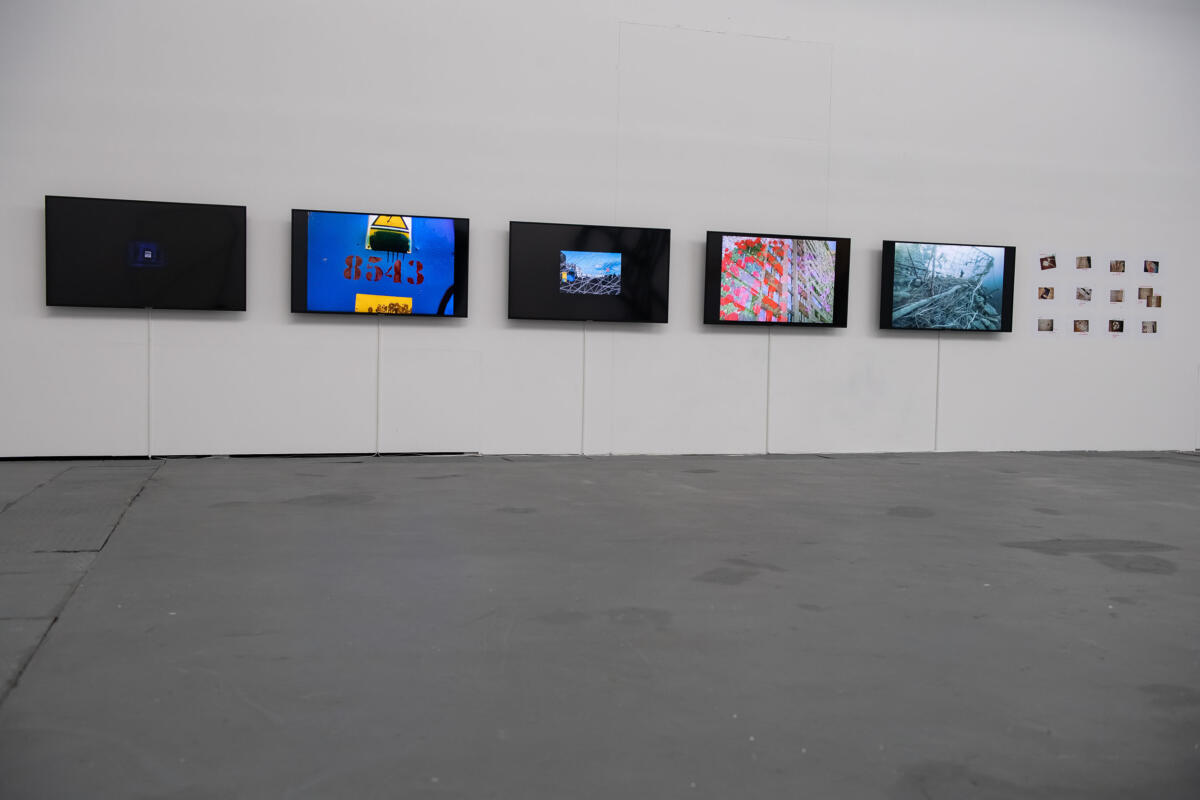 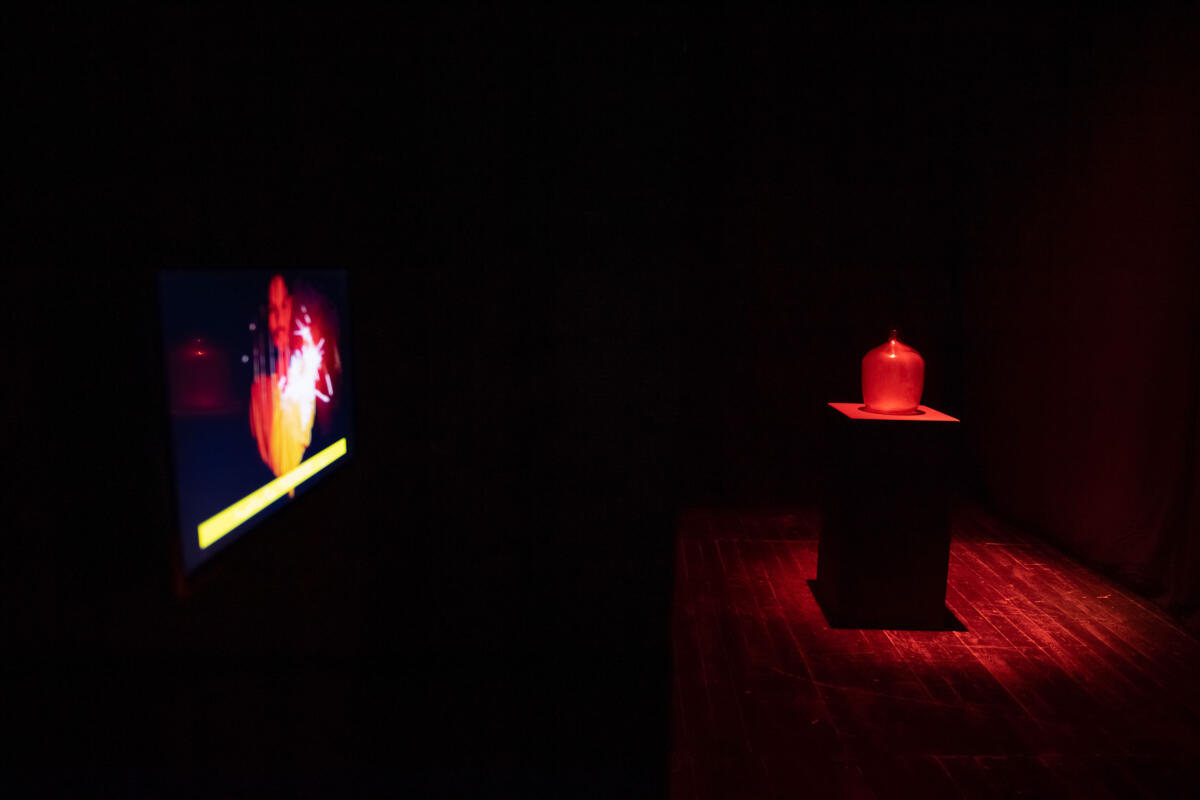 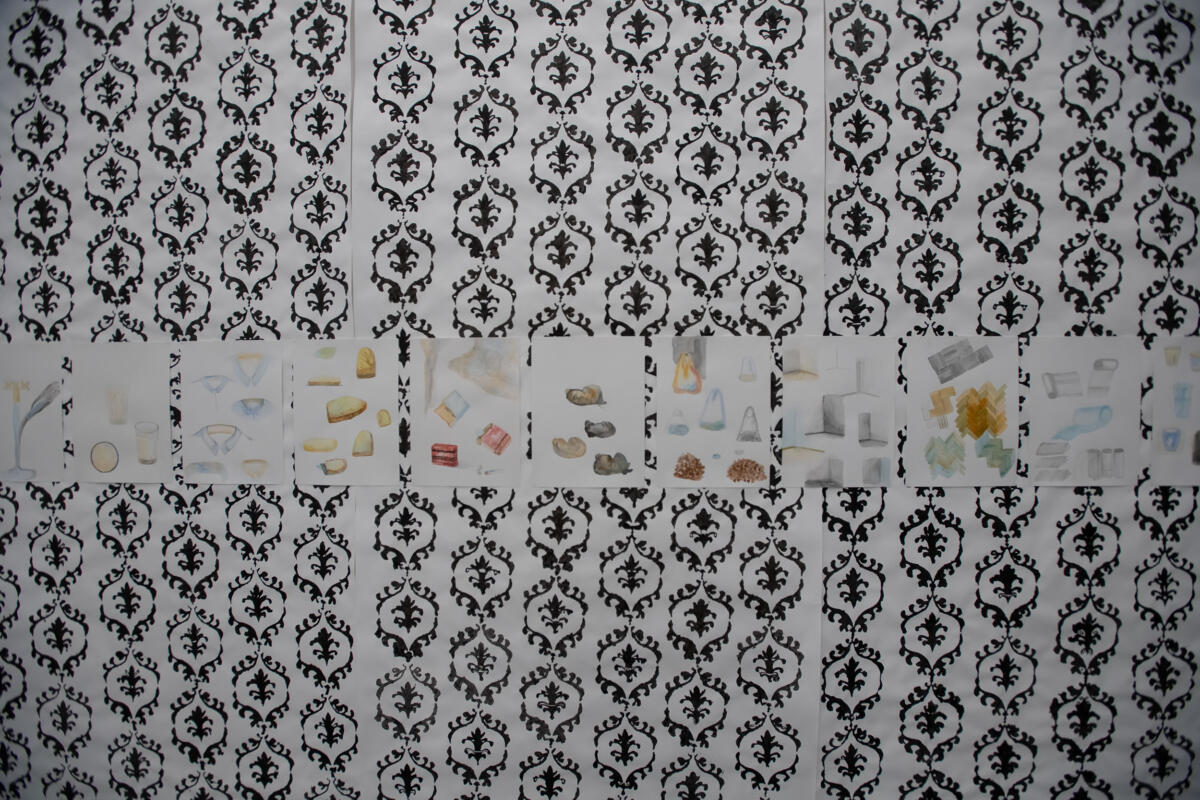 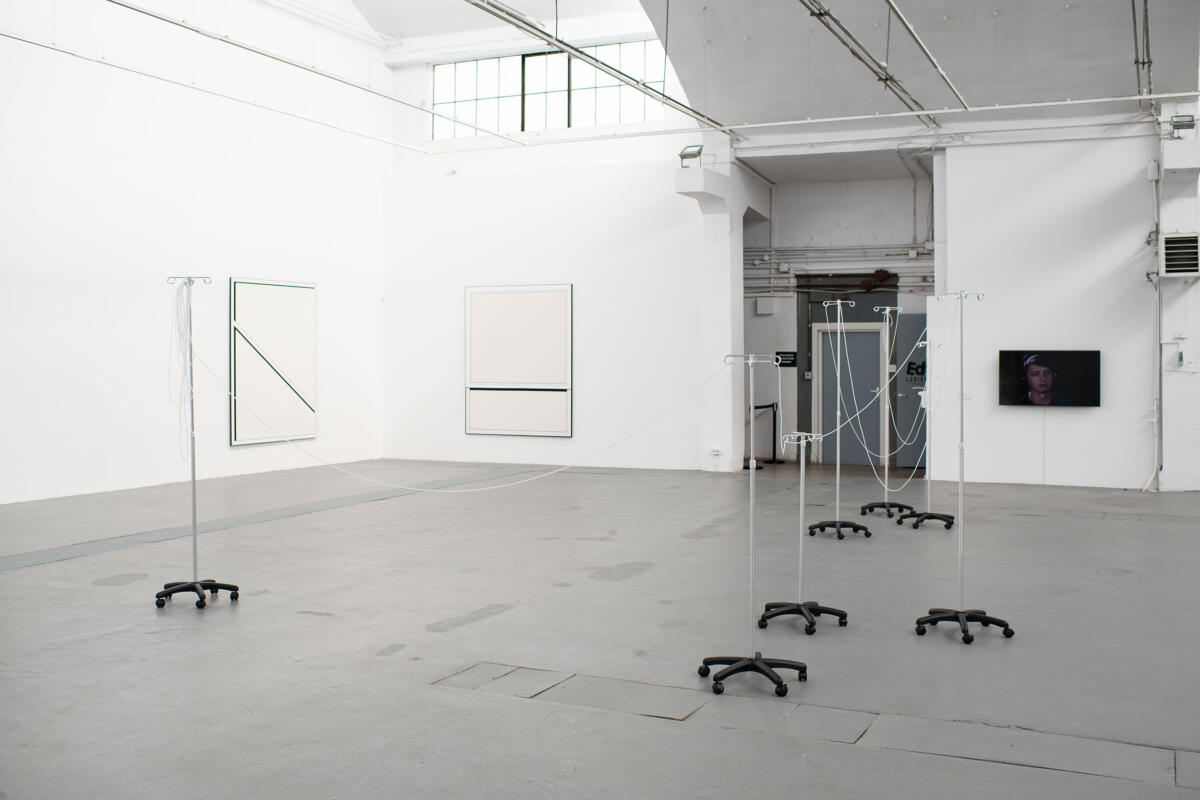 ‘One Day’ Action by Public Movement in Białystok