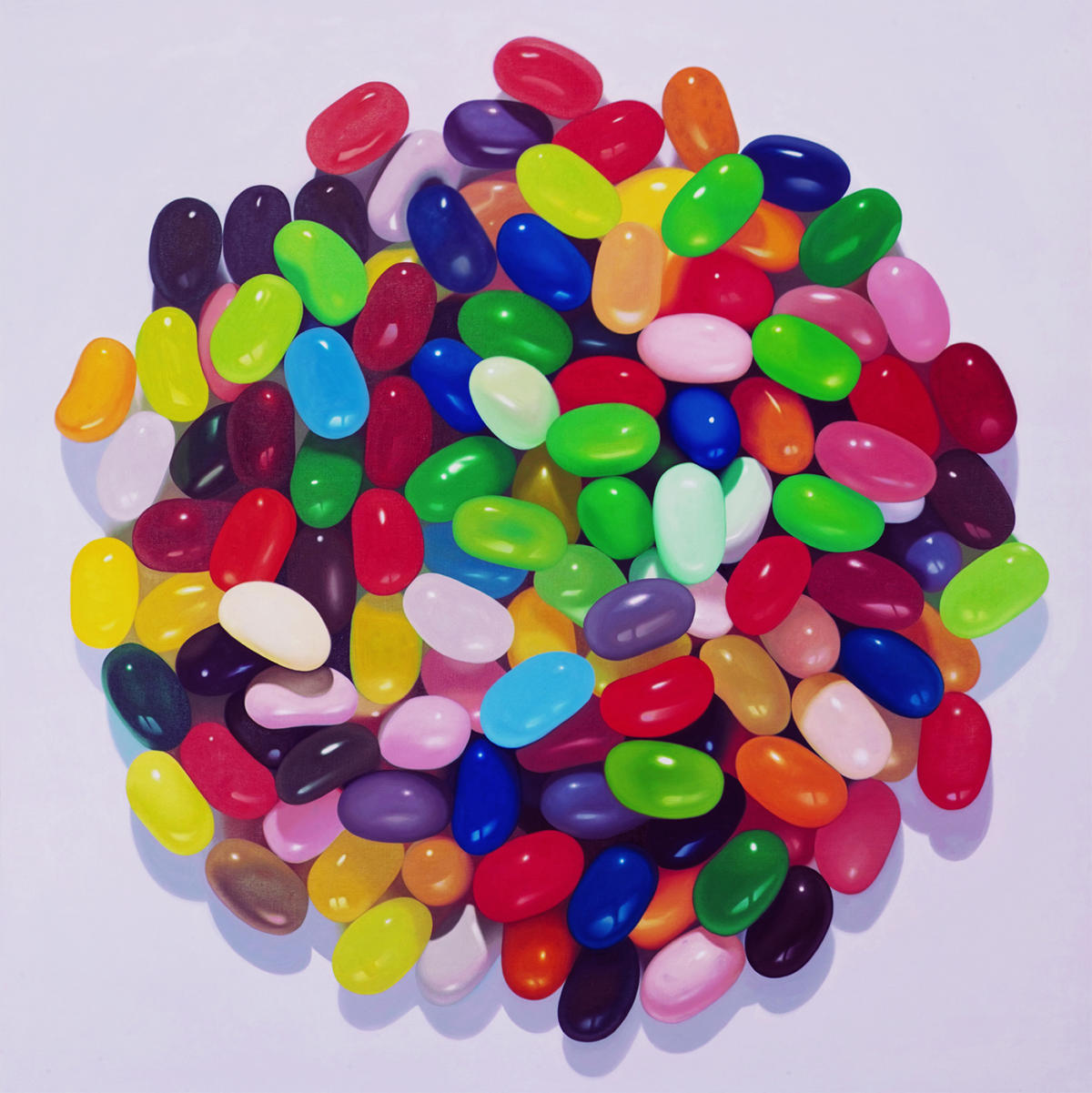 The paintings of Tomasz Bielak, Jakub Ciężki and Sławomir Toman presented at the Sick of Reality exhibition display three completely different manners of portraying and interpreting reality. The artists make use of diverse strategies, from narrative and realistic painting, through modifications utilizing the laws of nature, to definitive simplifications that situate the paintings in the sphere of abstraction. Despite the fact that the artistic creativity of Bielak, Ciężki and Toman could be a point of departure for reflections on diverse problems of contemporary painting, in the exposure that we

view in Sick of Reality we have a fascinating perspective on the relationship between a painting and reality. In his own unique way each of the artists transforms that which in some way is the objective world, presenting diverse types of perception and comprehension of what is visible. And thus reality is an inseparable element of their creativity: an element that cannot be ignored, with which it is necessary to constantly be engaged. On the one hand, like everyone, they are constantly tangibly immersed in the prototypes of visual culture; on the other hand they transform reality in such a manner, that it radically changes its face and appears to us in a completely new exposure. Is this a symptom of their relationship with reality? Does their gesture result from an insatiable fascination or does reality evoke a morbid state in the artists? Do they have enough of it? 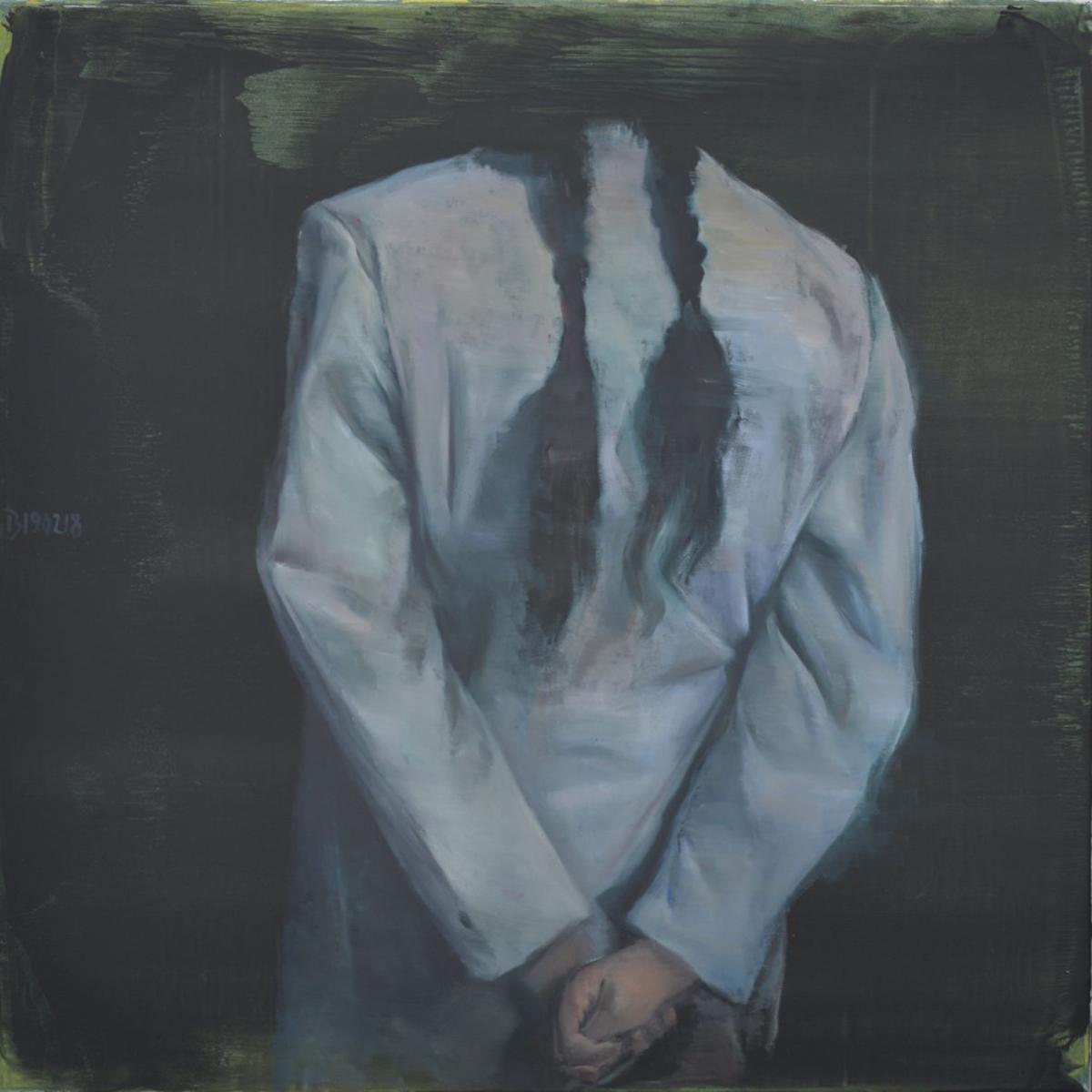 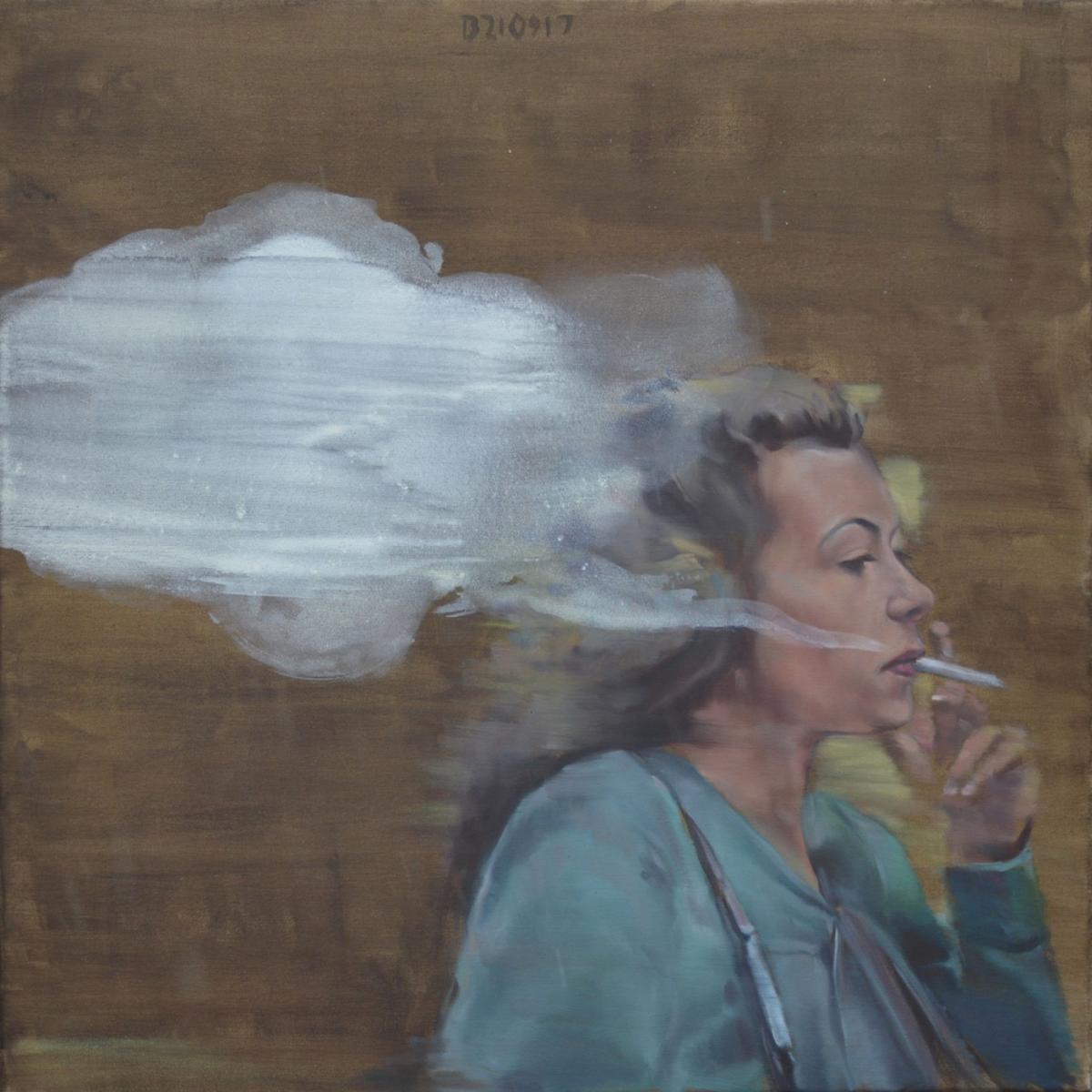 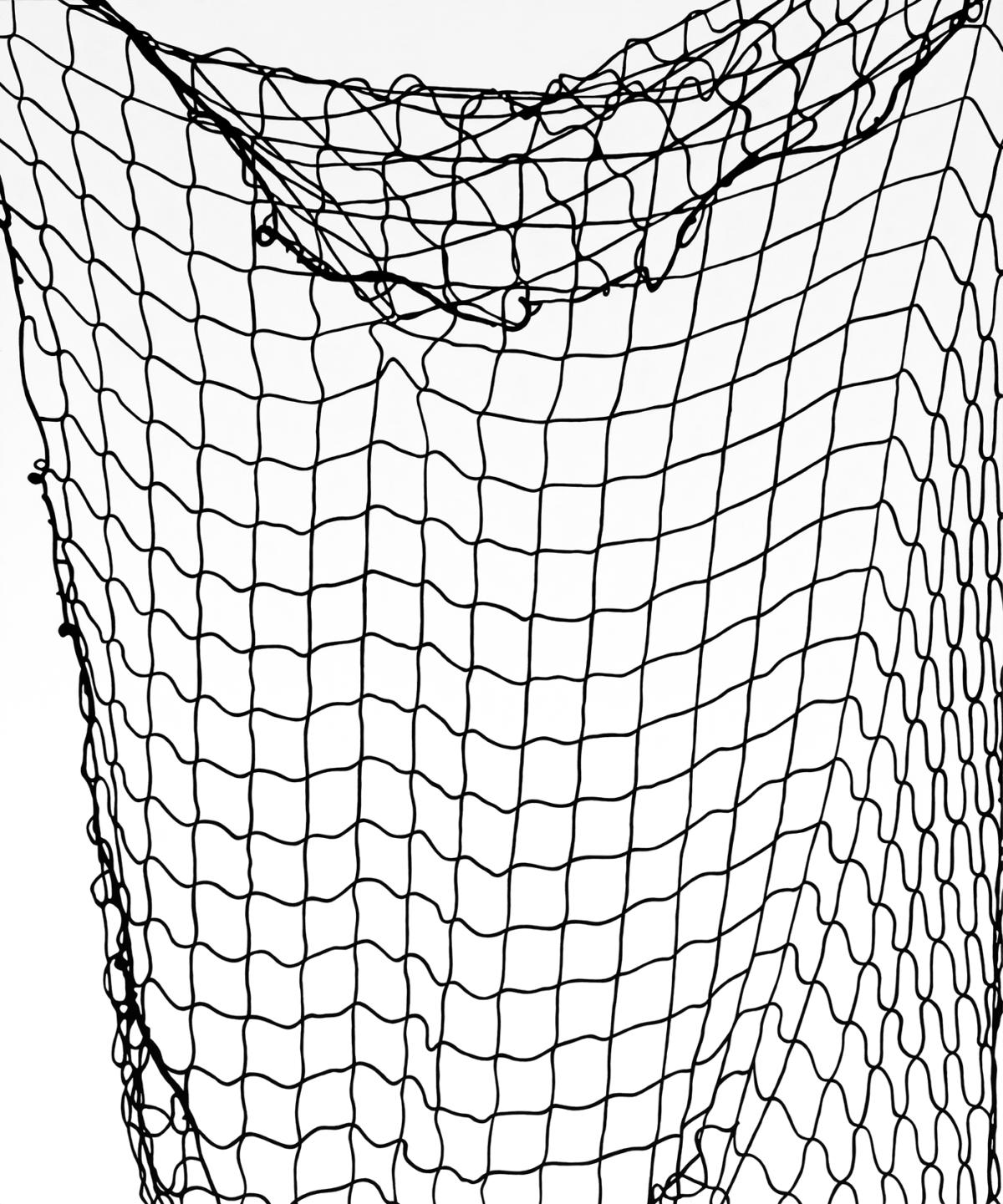 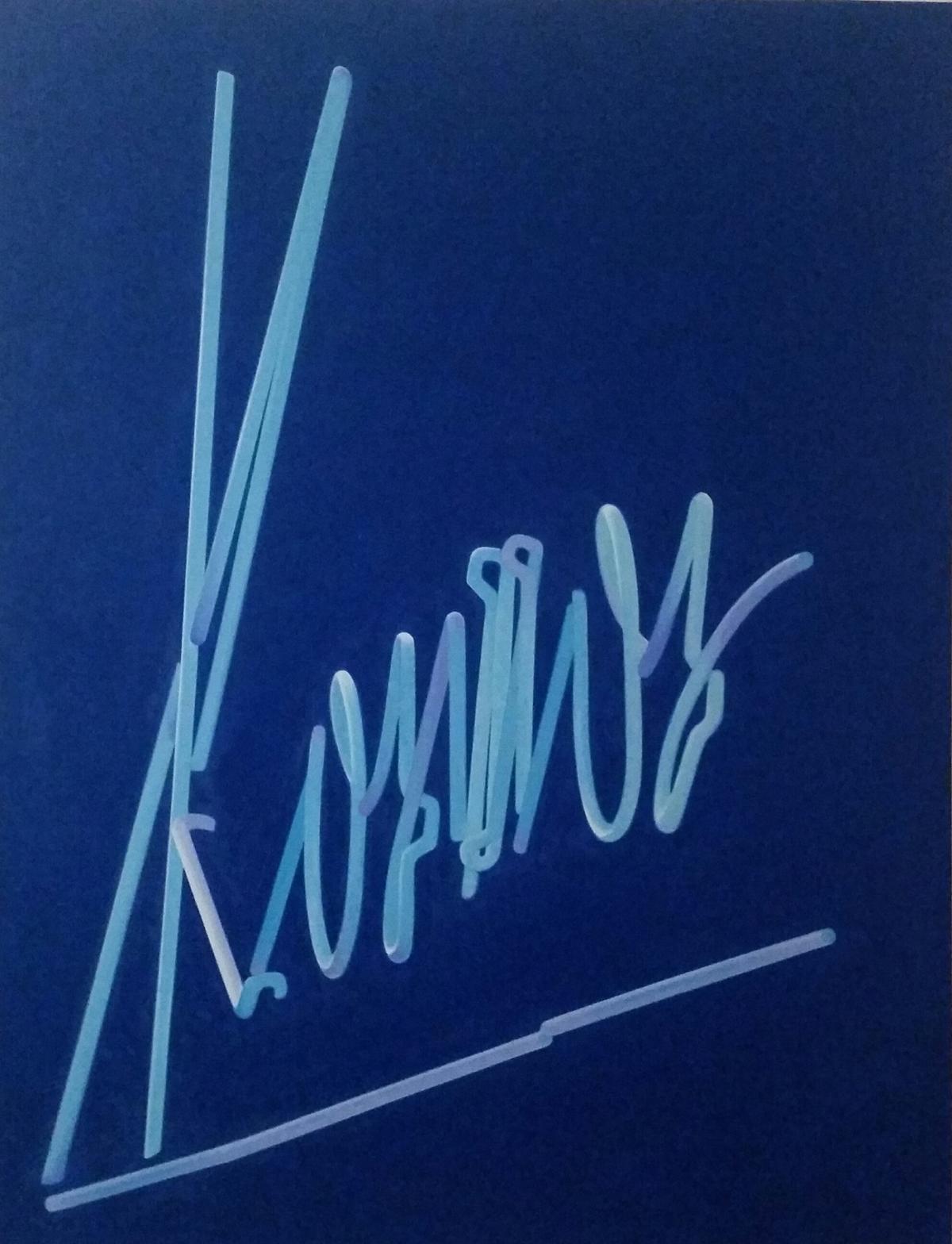 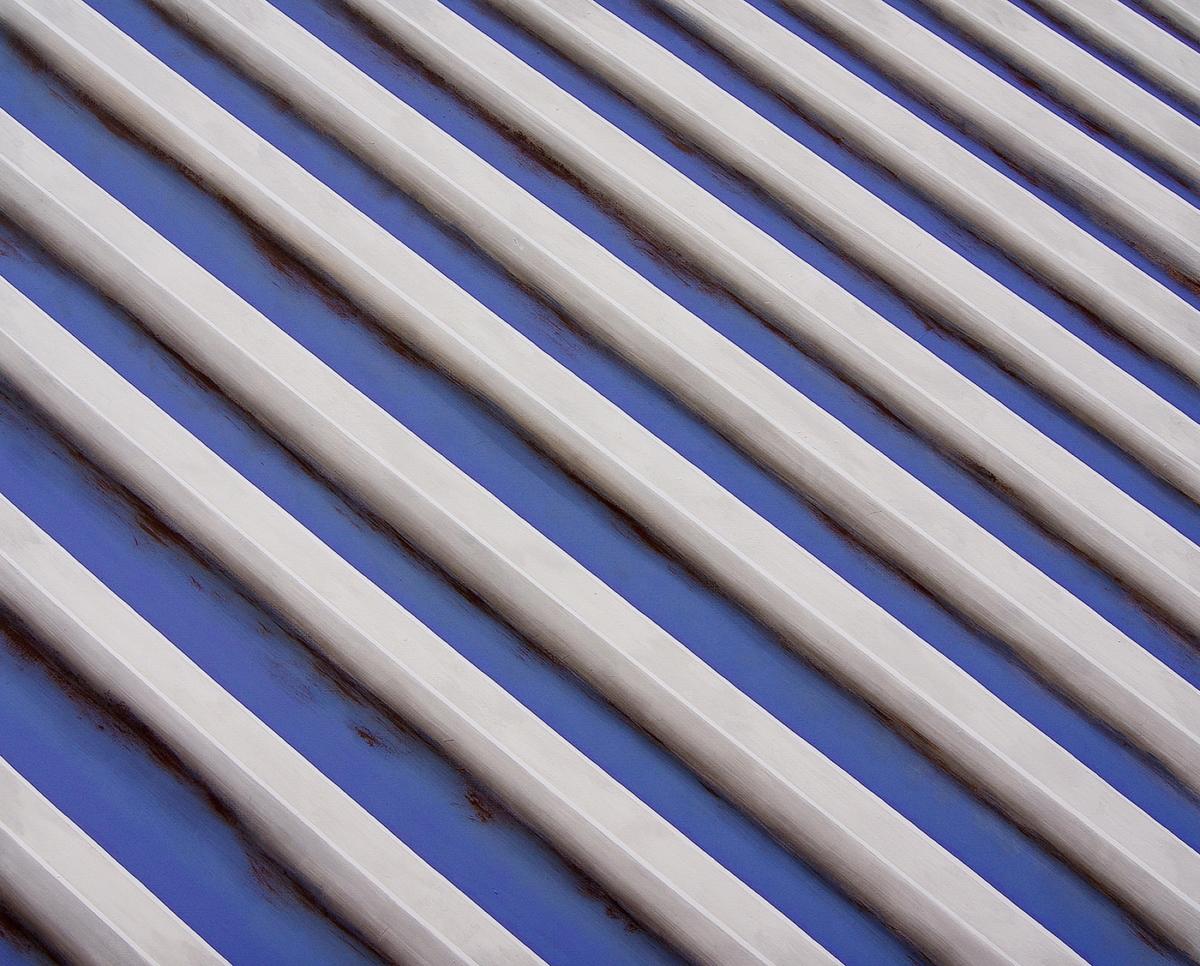 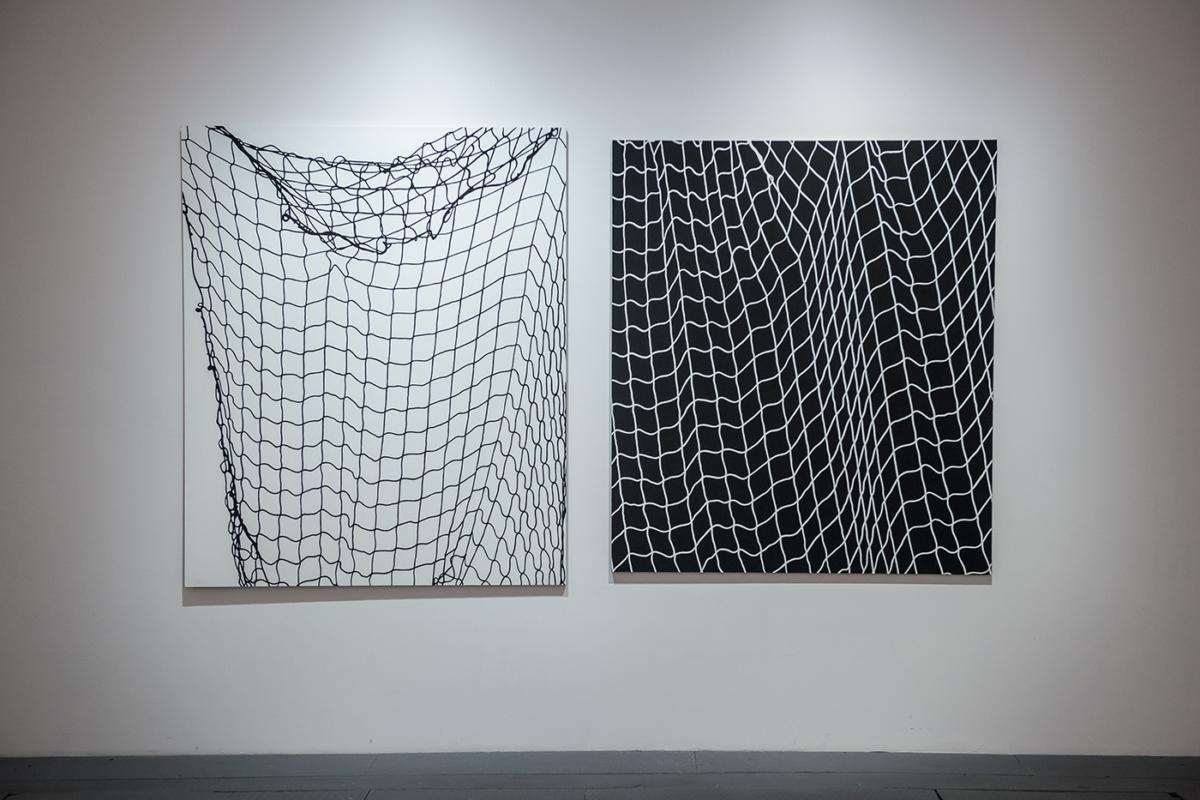 Ernst Hans Gombrich in his essay Nature and Art as Needs of the Mind wrote that “nature is not a chaos of accidental events,” and culture is thus rooted in the same natural order. It seems that this sensible order, this eternal order within reality, can be discerned in the paintings of Jakub Ciężki displayed at the exhibition. They are embedded in his developing artistic concept that heads toward an ever greater simplicity and synthesis. Due to the repetition of forms without a clear hierarchy, a geometricalization of forms close to abstraction, Ciężki’s paintings reveal more than an individual fragment of reality. This transformation of the world beyond the picture in a generalized visual form should be virtually viewed as an attempt to reveal the essence of things. However, this is not a Mondrian-like cosmic universalism which rejects the external world: the natural shape and appearance of things, sometimes in an implicit form, are preserved by the artist. And so we will see recognizable nets from a football goal frame or a roof, despite the fact that the form has been radically simplified in such a way that the artist foregoes the illusion of a third dimension. An even further degree of generalization is visible in the paintings which present sequences of multicoloured lines or geometrical figures, which call upon the consciousness and memory of the viewer, demanding reflection and solving a kind of puzzle: what are we dealing with? What inspired the artist? The artist approaches his large format, geometrical planes with logical precision, each painting is the result of dozens of drawings and plans, but at the same time this process is carefully concealed. The viewer receives a perfect aesthetic plane which is enticing, which has a seductive element to it.

Seductive elements or even fetishes can easily be perceived in the work of Sławomir Toman. If we understand fetish according to Freud, who treated it as a symptom caused by obsession, but also related to satisfaction, then we can comprehend the beautiful and seductive forms Toman offers us as a means of experiencing pleasure. Initially his paintings also seem to be a documentation of the world of objects, a perfect reflection of them. It is worth posing the question, however, whether the artist has really resigned from a subjective perspective, from the convention which could distort the image of things? Do the objects on display essentially take on a perfectly impersonal form which makes them seem autonomous regarding any subject, whether the artist or the viewer? In truth some of the paintings, such as The Silver Bear or the painting presenting fighting deer from the cycle New Old Beauty, appear to pay homage to superficiality, since the context of their creation is hidden by the artist. In reality their creation is a response to specific socio-political events: in the first case the artist responds to the awards given to the Polish filmmakers Agnieszka Holland and Małgorzata Szumowska in Berlin; the second painting was created in reaction to the demonstrations in defense of the Białowieża Forest. We have a different situation in the case of the painting entitled Dog, which at first glance presents a figure in an undetermined space, but in fact the smooth surface of the knick knack reflects urban buildings, which situate it in a concrete place, referring to reality beyond the painting. In the painting Cosmos, also connected with a concrete place, Toman uses a different method to interfere with the autonomous object. The perspective is foreshortened to such an extent that it is with great difficulty we can read the eponymous word on the neon. While the mimetic character of Toman’s work is obvious, it should be remembered that the artist defines fidelity to nature in his own manner, primarily painting emblematic symbols of the contemporary world. 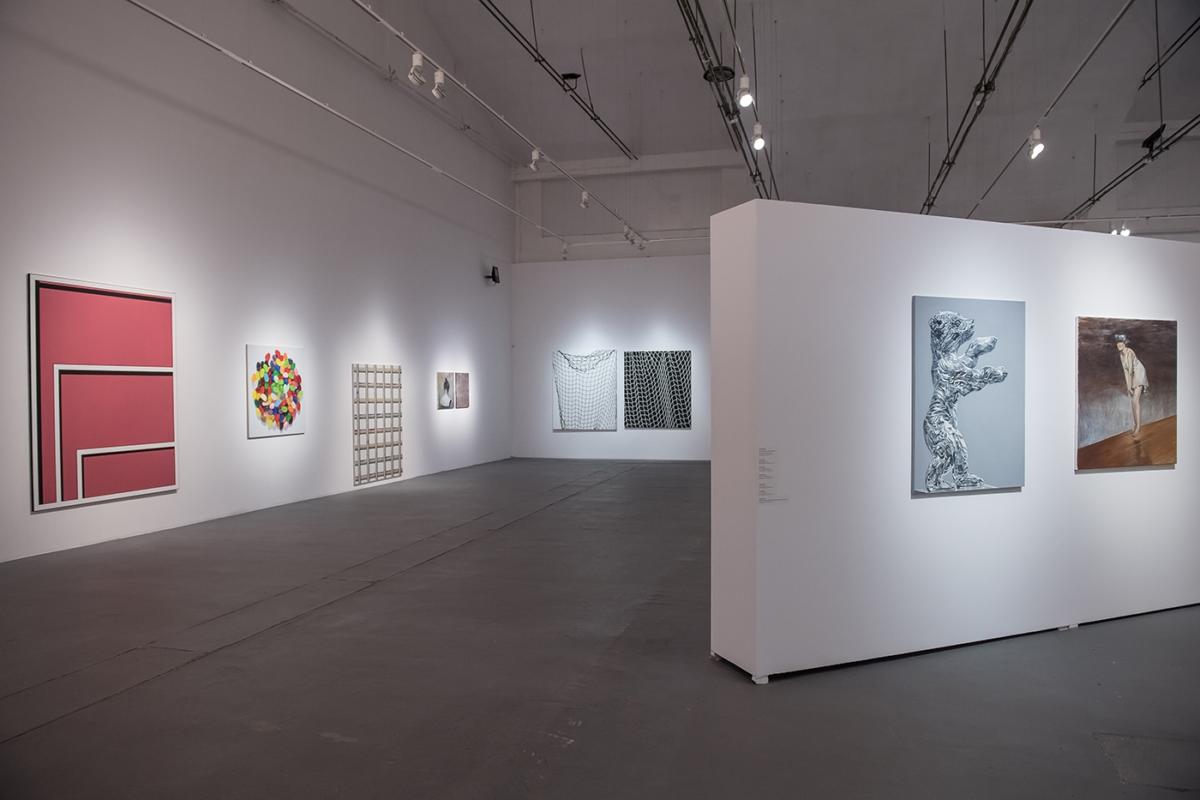 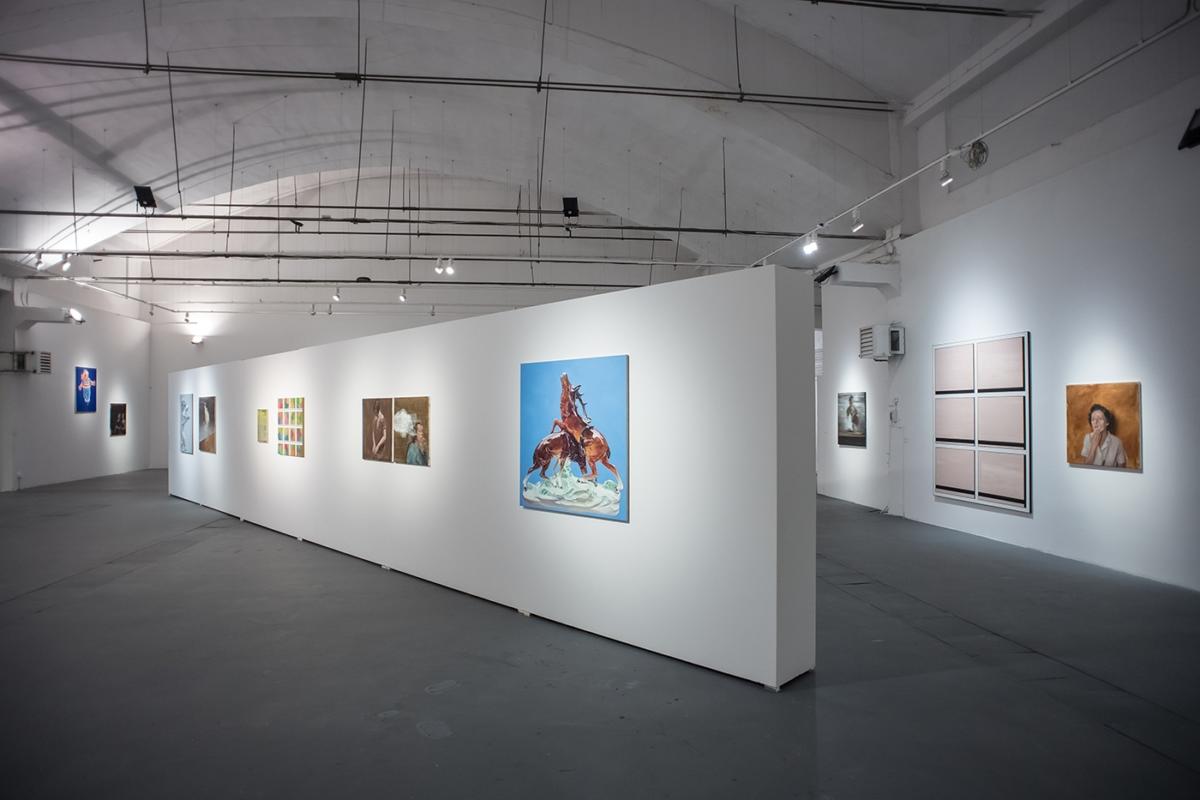 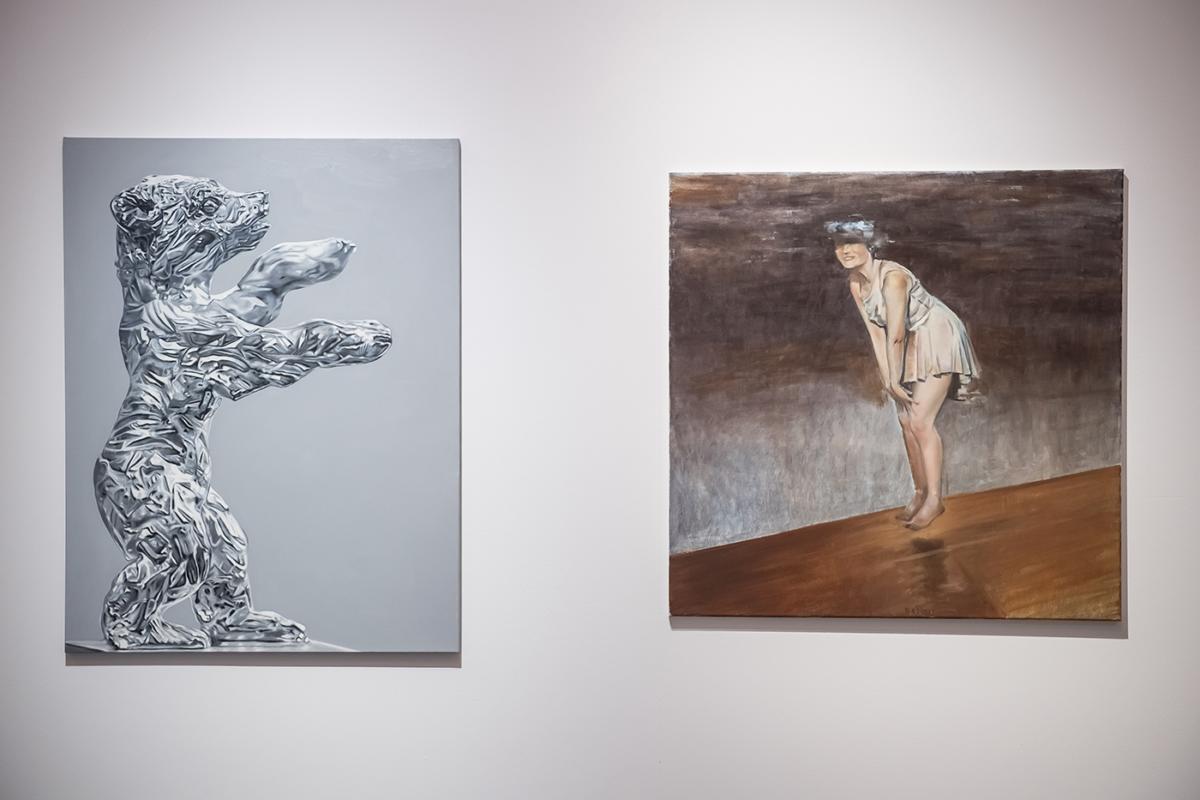 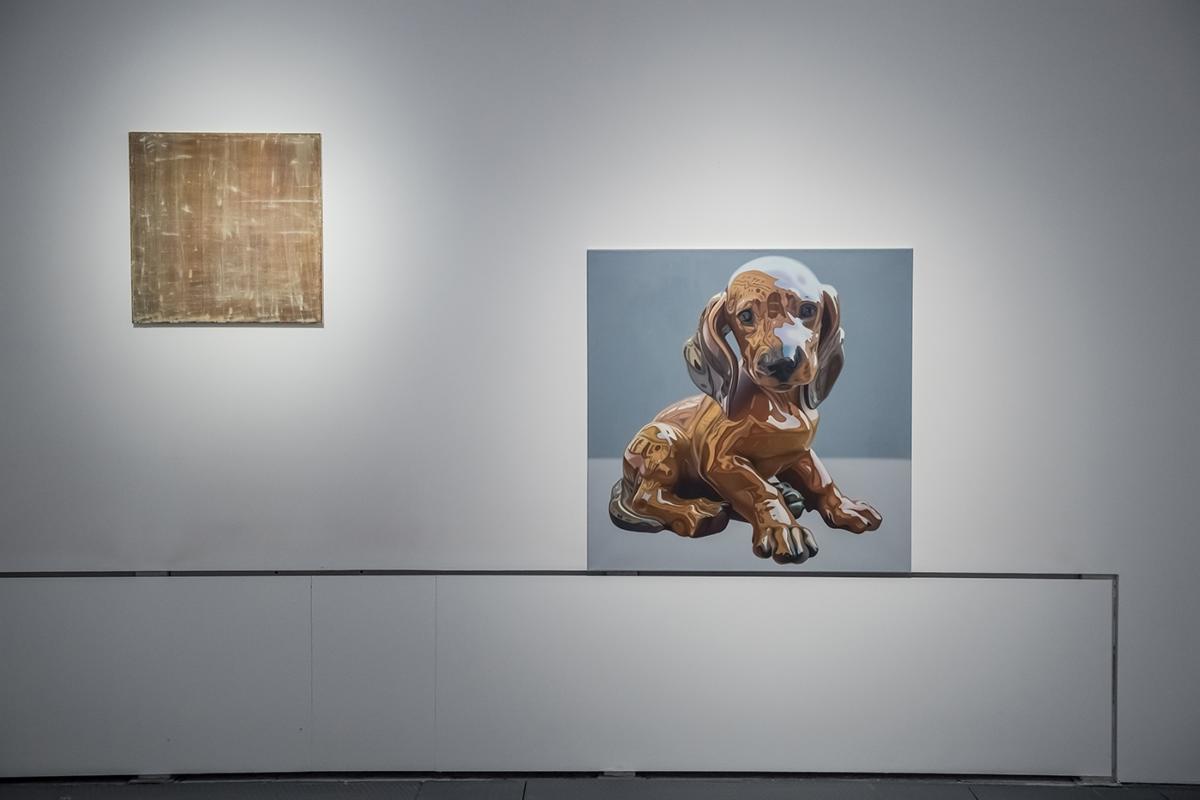 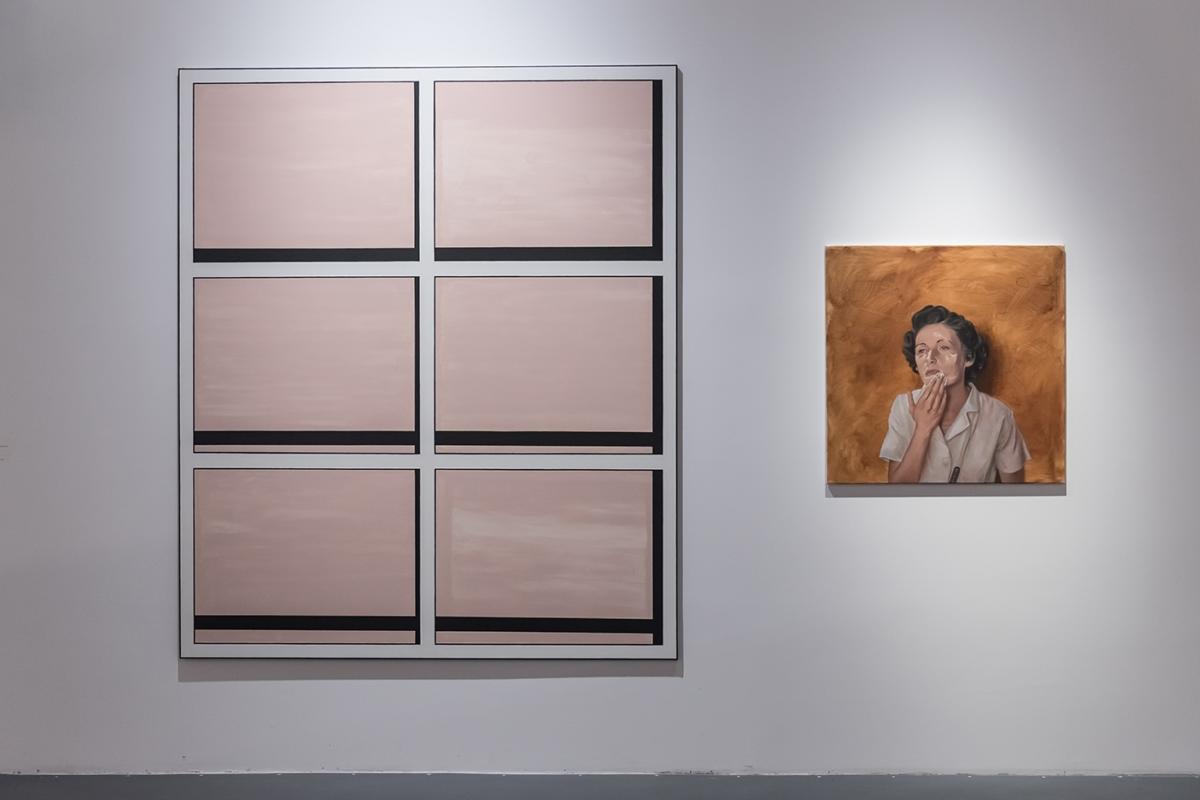 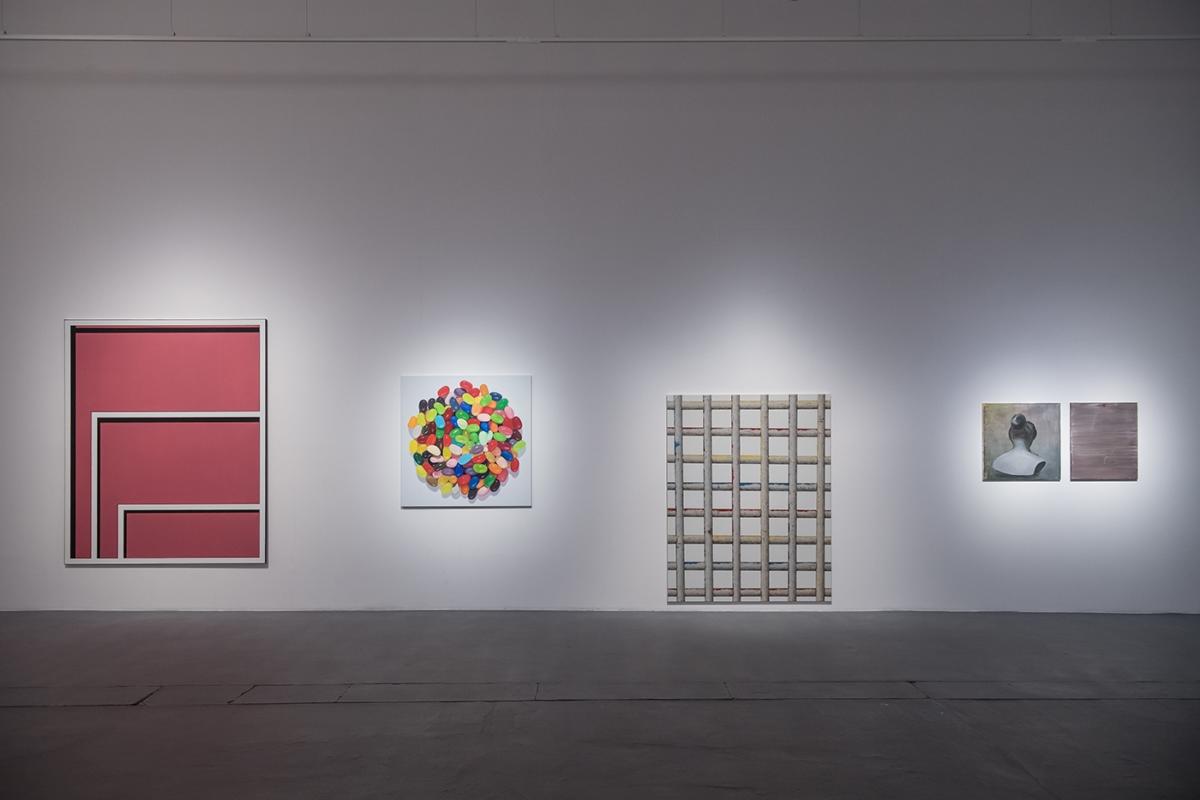 Tomasz Bielak displays his new cycle of paintings in which – on neutral, abstract backgrounds characteristic for his art and recognizable from his earlier works – he presents images of figures, primarily women. The artist finds the male and female subjects on old documentary photographs. Usually they are amateur photographs showing ordinary people, unknown to anyone. On them we can see women looking upon some event, male and female representatives of various trades: laborers in factories, workers in old-fashioned laboratories. Bielak decontextualizes figures, omitting the events, removing the objects from hands which they originally held, simultaneously not changing much from the facial expressions or gestures. Gestures suspended in a vacuum lose their meaning, figures face nonexistent interlocutors, freezing in motionless and directionless actions. The painter does not restrict himself to faithfully copying the figures in a new abstract space. Through the aid of painterly forms again and again he crosses the fluid border between figurativeness and abstraction. For Bielak reality is solely an inspiration: the mood and aura within the photographs are essential for him, and these he attempts to transpose into his paintings. There is a certain play in this with Walter Benjamin’s conviction that an aura is solely connected with the authenticity created by the inseparability of a work with time and place. Bielak is a sentimental artist, his choices are determined by nostalgia, a contemplation of temporality, and also a close observation of the past, which the artist attempts to preserve in a new artistic form.

Each of the artists participating in the exhibition has discovered a different, and yet always interesting and unusually attractive means of transforming reality. When we analyze the problems and artistic conceptions these three artists present, it is tempting to line them up and categorize their works in a linear fashion, interpreting them in the context of the intensity of specific tendencies in contemporary art. Nevertheless such an approach would be misleading and in the end false since this order is broached again and again by the artists. Schemas cease to hold depending on the painterly form of expression we examine: colour, composition, expressive painterly gesture. The boundaries run in totally different places than we attempt to delineate them. And so because of this paintings are displayed in the exhibition that at times in subversive ways differ from what can be considered typical for the work of Bielak, Ciężki and Toman.