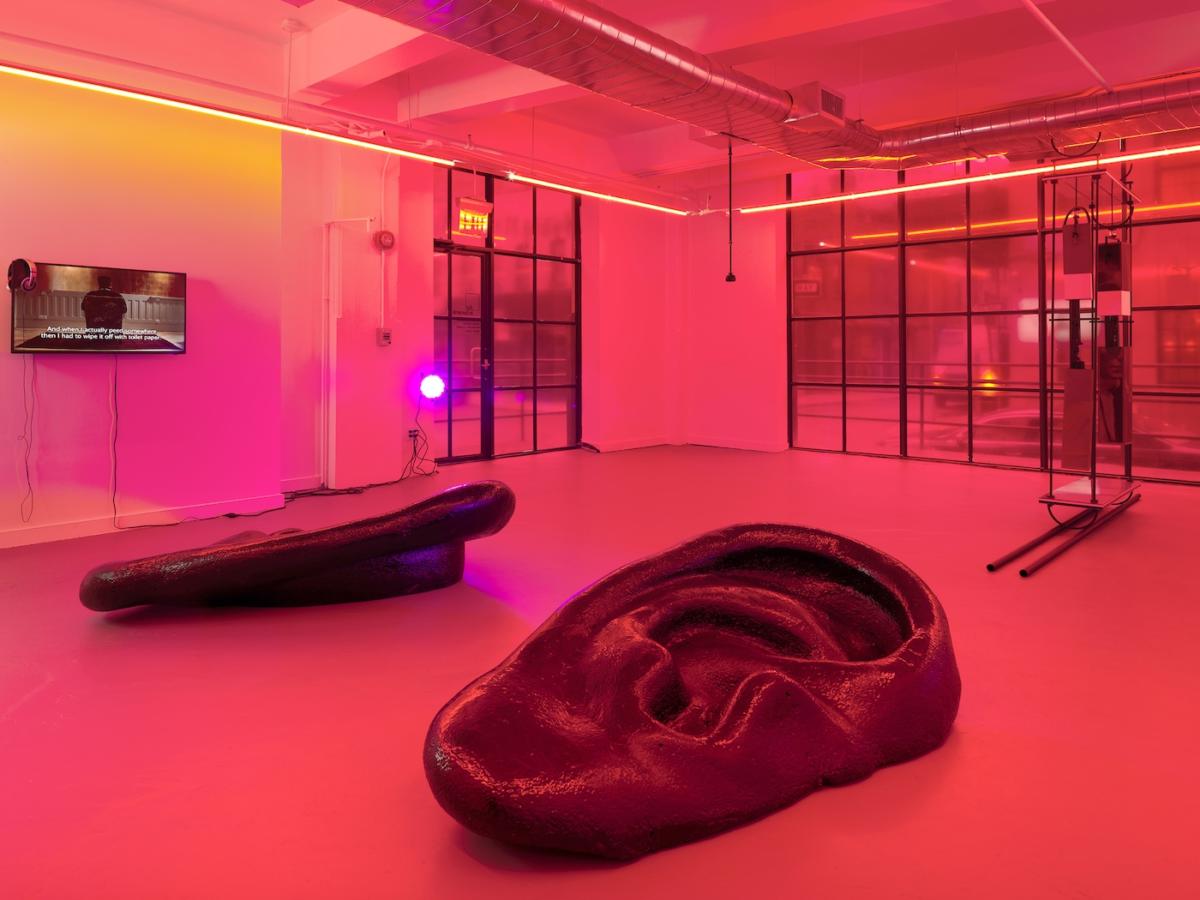 In Masochism: Coldness and Cruelty, 1967 book by Gilles Deleuze, the author contradicts the convergence of sadism and masochism, that in clinical practice were and still often remains integrated into the entity of sadomasochism. For Deleuze both Leopold von Sacher-Masoch and Marquise de Sade are not only writers and representatives of a sexual perversion but rather embodiments of two different world views and at their time entirely new forms of expression.

Sade’s works are all about the the language’s way of imperative and descriptive factors that transcends to demonstrative function. In Sade the “the point (…) is to show that the demonstration is identical to violence. It follows that the reasoning does not have to be shared by the person to whom it is is addressed any more than pleasure is meant to be shared by the object from which it is derived.” That’s why in Sade’s books, so often the systematic verbal description precedes the actual perpetration of vicious acts. This is to illustrate that the general existence of law enables the tyrant to exist, that law entitles the tyrant, as much as reason allows for the existence of negation. That’s also why we encounter the cer- tain accelerating repetitiveness and monotony of his obscene descriptions, as much as the apathy of his heroes, that underlines the cold and the systematic part of reason. But Sade’s books are in this sense overly ironical. They somehow appropriate, embody of what they criticise. 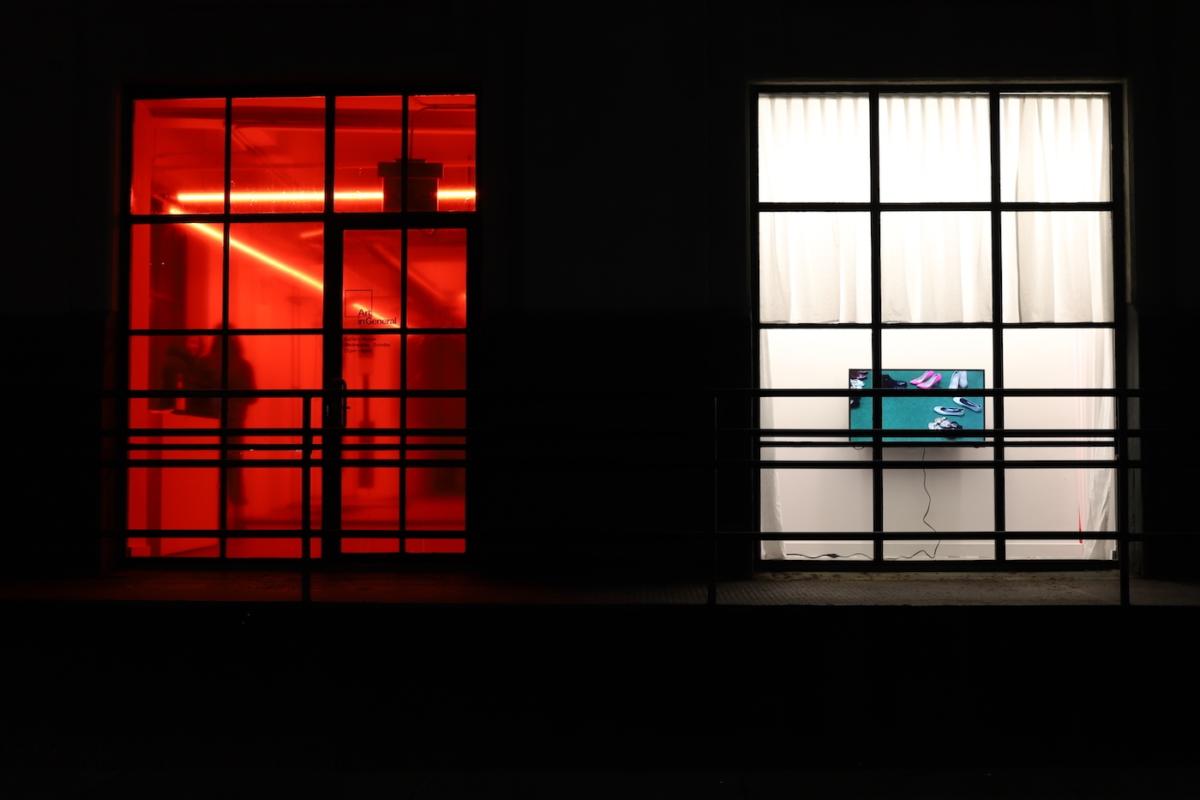 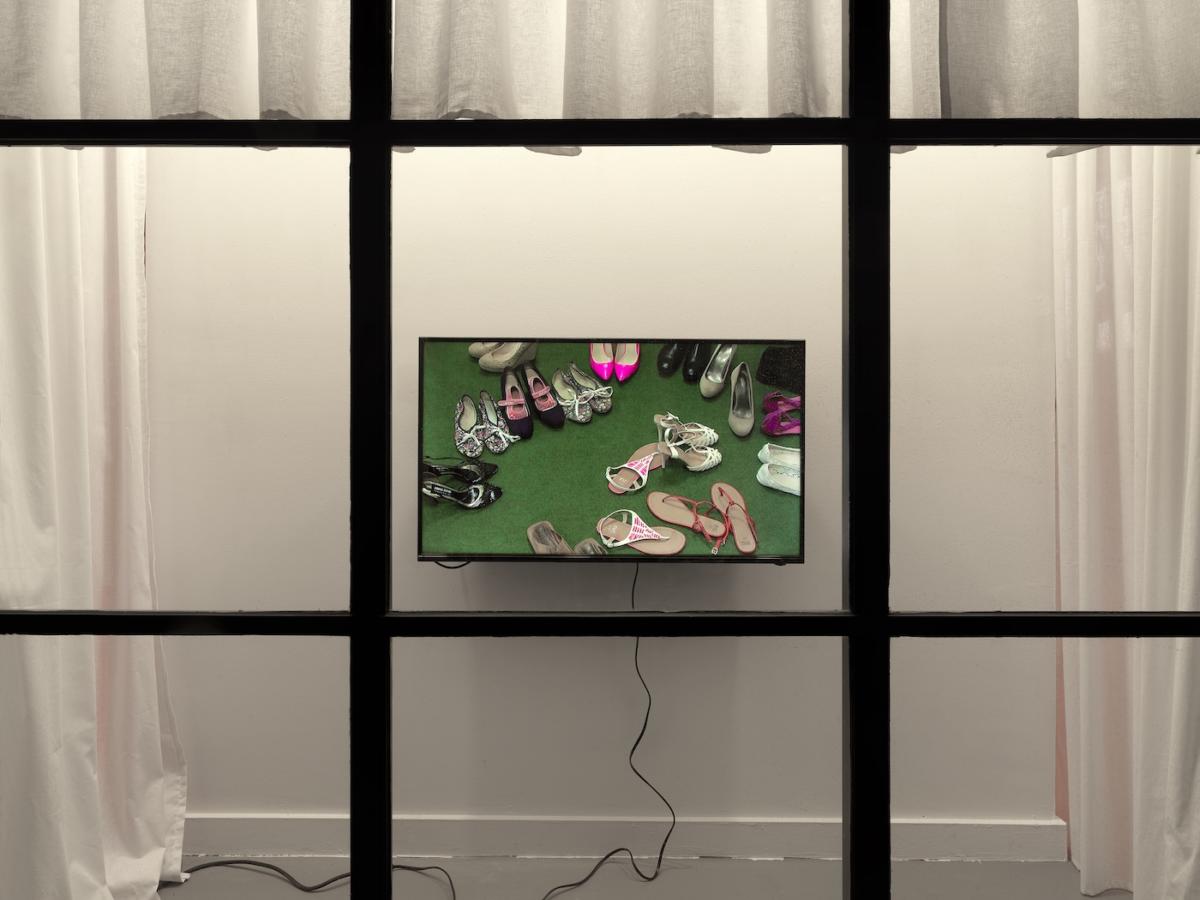 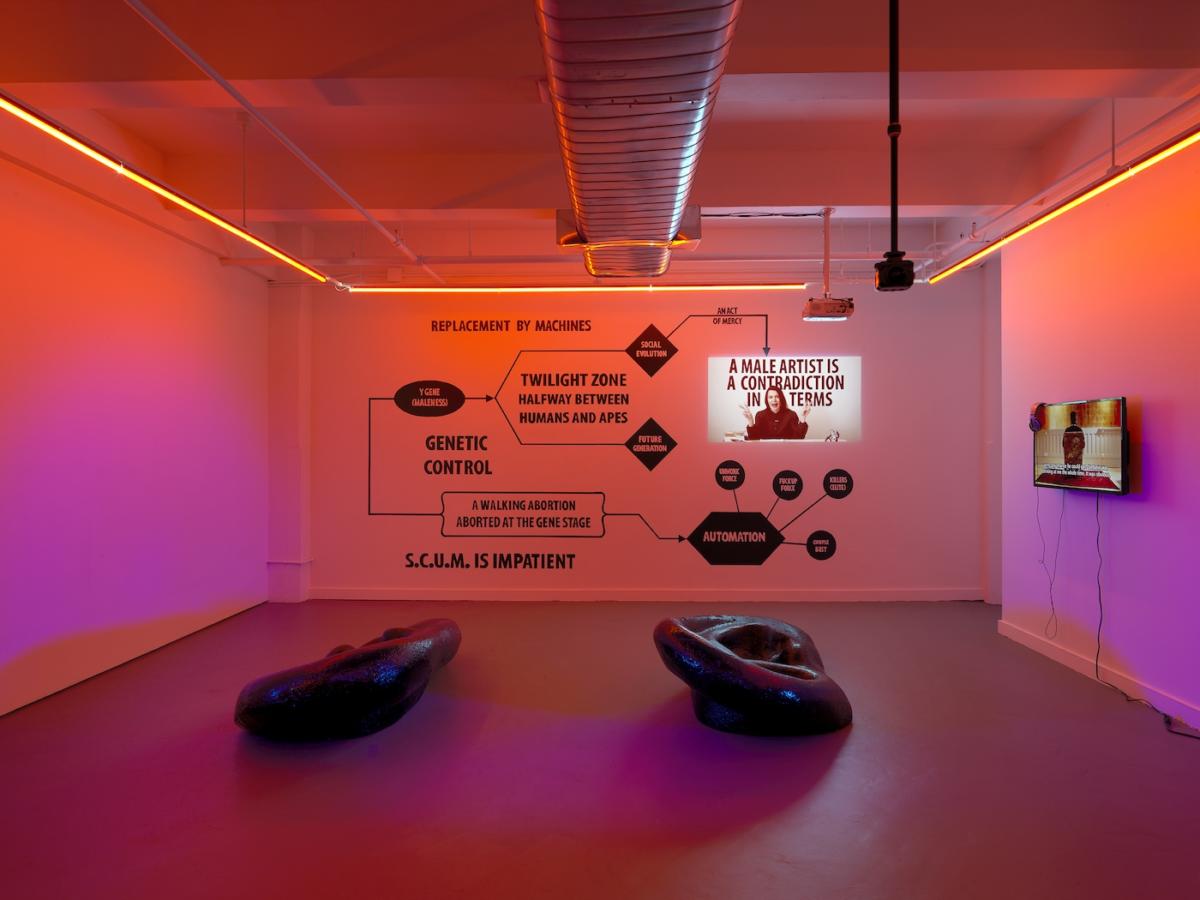 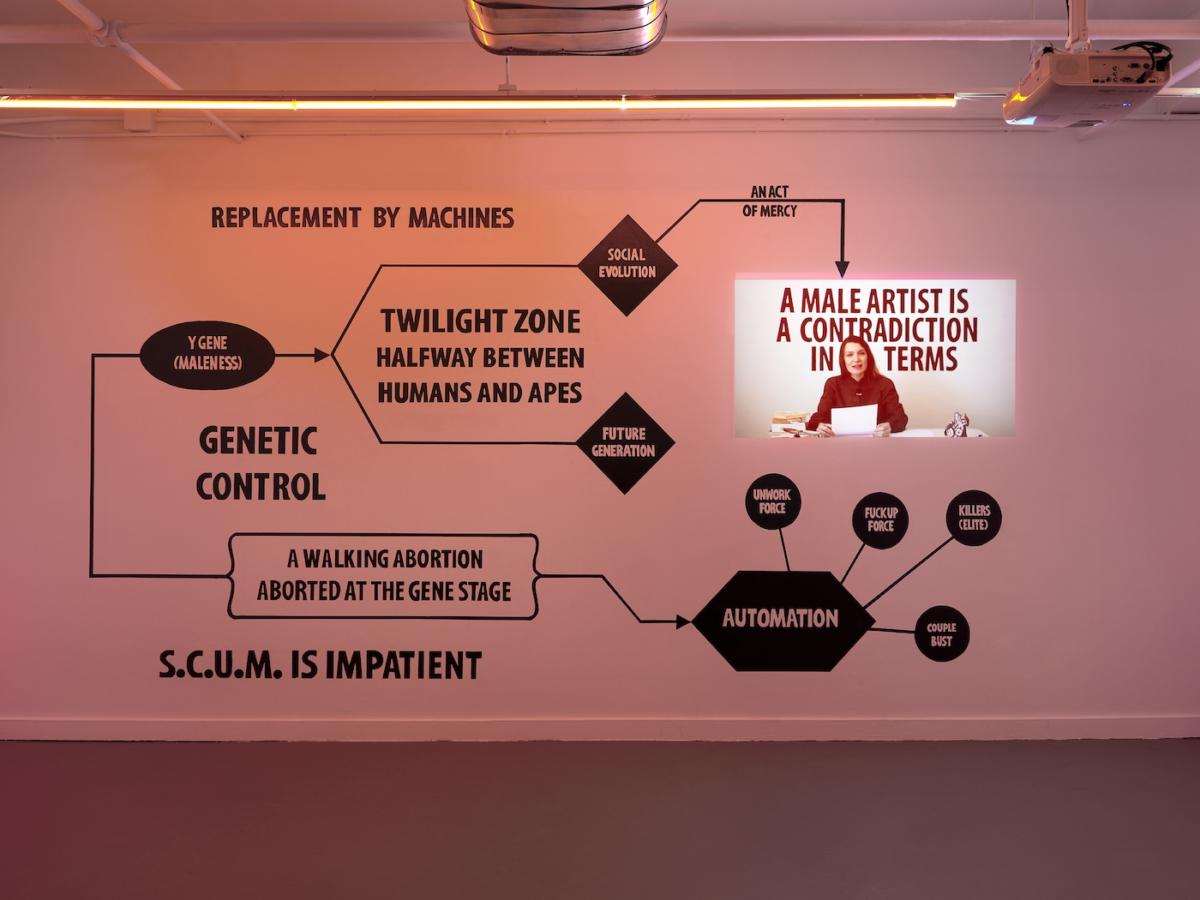 Sade attacks the existence of law by turning its constitution upside down. In the classical conception law is justified by the idea of higher good, that we can access via reason. This is precisely why Sade illustrates how the idea of evil is incomplete and unreachable. As Deleuze writes: “The rage and despair of the sadistic hero when he realises how paltry his own crimes are in relation to the idea which he can only reach through the omnipotence of reasoning.”

In a way Sade was the first avantgarde artist who used the structure, the system of power generates against the system itself. As Adorno would call it – the alienation of the alienated, the action of resisting the alienation with more extreme form of alienation. This technique, this method however turned out du- ring the 20th century according to Keti Chukhrov as itself to be essentially “nihilist and negative, and could be sustainable only in its radical indigestibility as opposed to capitalism’s libidinal economy. (…) [this move ] can [therefore] only be self-destructive, can only bring to the hush-up, to zero, to end, to the end of the artistic; because the capital can only allow the impossibility of the artistic, its collapse, and the negative mimesis of that, might also in the end become an attraction, unless the negation is complete.”

Sade himself progressed from unknown and forbidden author to closed circles of the avantgarde, to finally end up as nowadays mainstream literary hero. Most probably however also read literally. As Adorno writes in Dialectics of Enlightenment “The liberation went further than its humane originators had intended. The market economy it unleashed was at once the prevailing form of reason and the power which ruined reason. (…) The affinity between knowledge and planning (…) has its counterpart (…) in the sexual teams of Juliette, in which no moment is unused, no body orifice neglected, no function left inactive.”

With simplification we could say the 20th century belonged to Sade. Both Chukhrov and Groys have evidenced how contemporary art “detaches itself from the rationalism of the Enlightenment, but remains a theoretical and cognitive practice as opposed to art’s sensuous parameters as they used to be.”

For Chukhrov sensuous doesn’t mean some- thing emotional rather than intellectual, but more an embodiment of an idea or concept, the meeting of notion or idea with the matter or a thing. Most of contemporary art’s message is constructed and pro- duced by intellect, but not as an idea, but rather as speculation.

The accent on alienation of modern and contemporary art blocked out any effort to conceive the situations, existences, that might have escaped the logic of alienation and the urges of critical theory to reflect and to act. As Chukhrov writes, maybe, because pa- radoxically, the modernist or contemporary artist not only despises the alienated world in rhetoric, but also unconsciously finds libidinal attraction in it. That is somehow a key double, that we can already find in the way Sade is being read.

Chukhrov follows the term “human resignation” in the writings by Mikhail Lifshitz, that “was aimed to dispute the approach to emancipation exercised by avant-garde’s constructivist wing and to blame it in the exaggeration of the role of biopolitics and social engineering: in the constructivist practices the issues of organization, systemic arrangement, or biopolitical management prevailed over the very procedures of life or reality. Even though the avant-garde made its own attempt to merge art with life when disputing modernism’s nihilism and hermeticism, it instead of- ten rather superseded life with itself.” 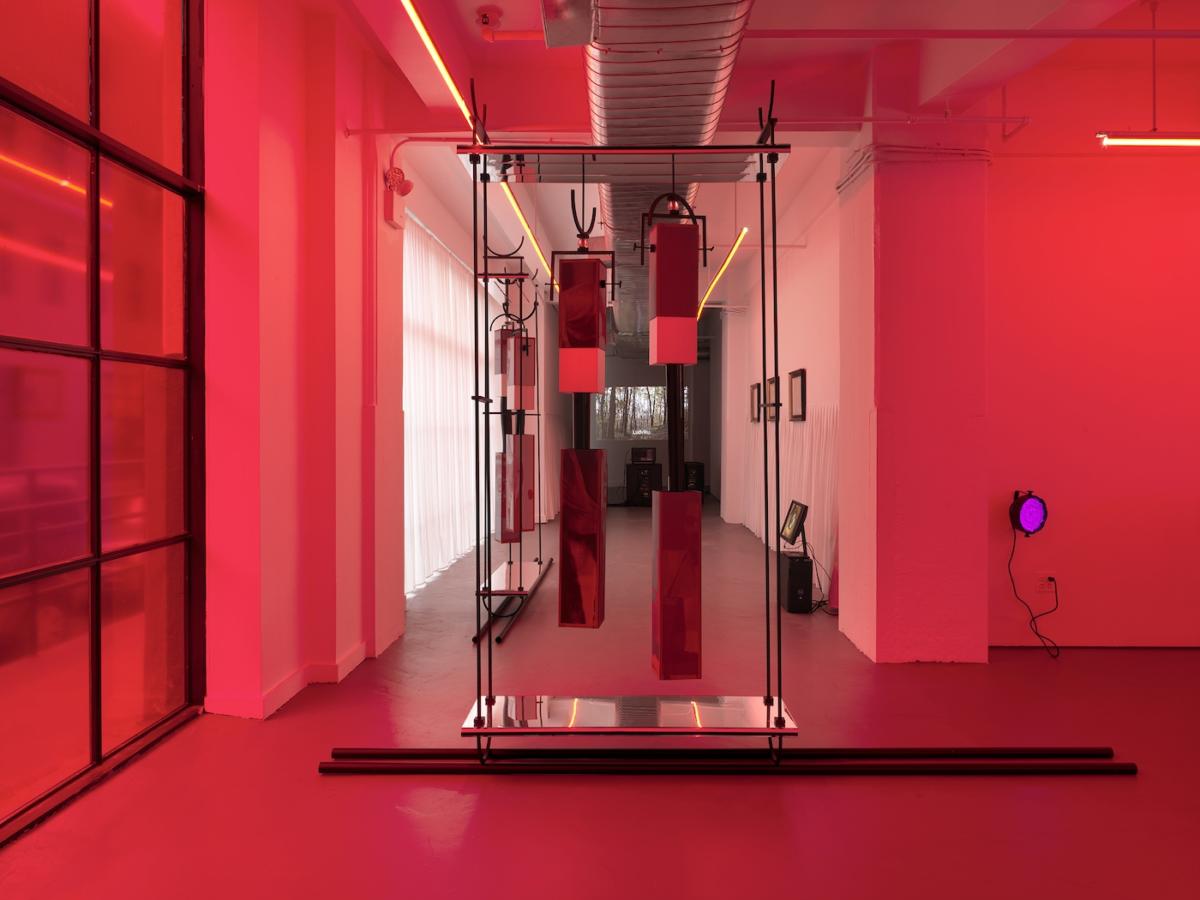 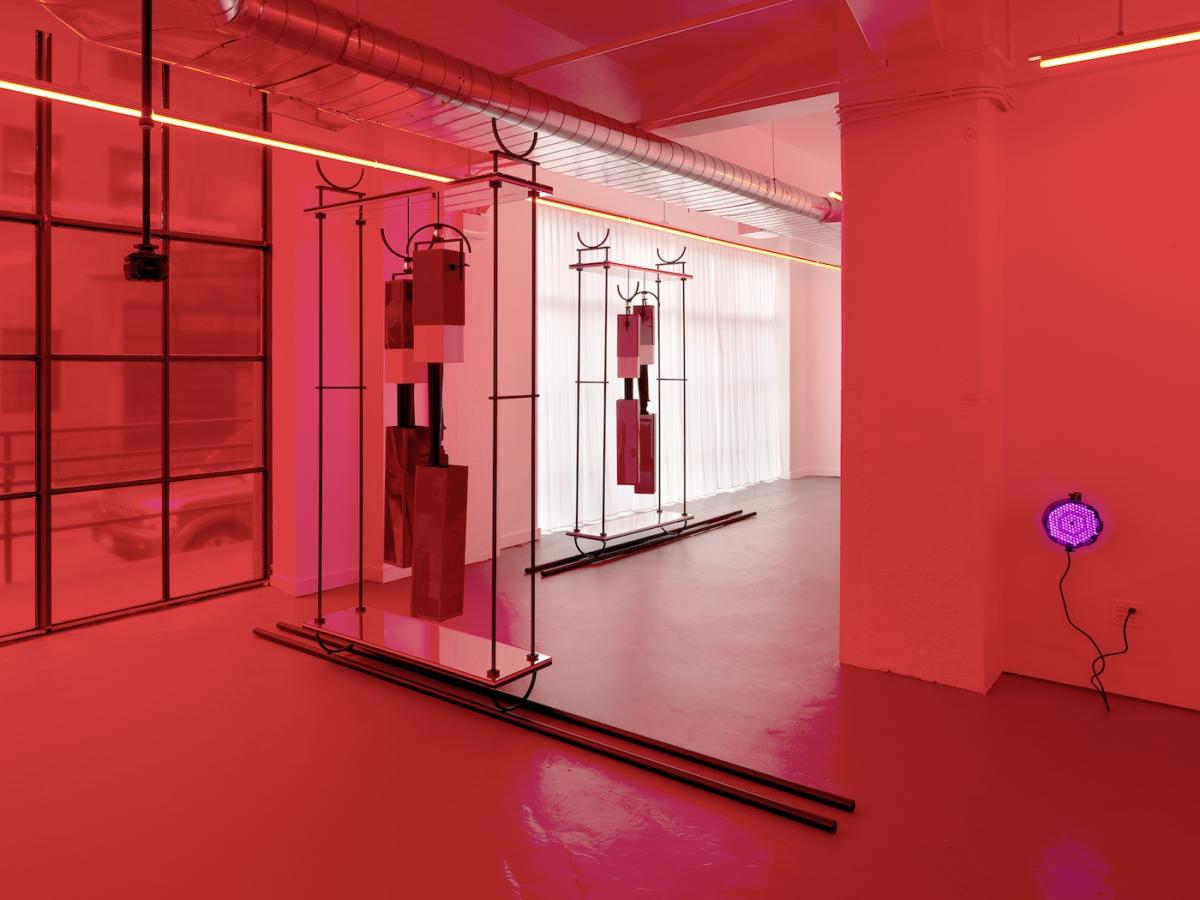 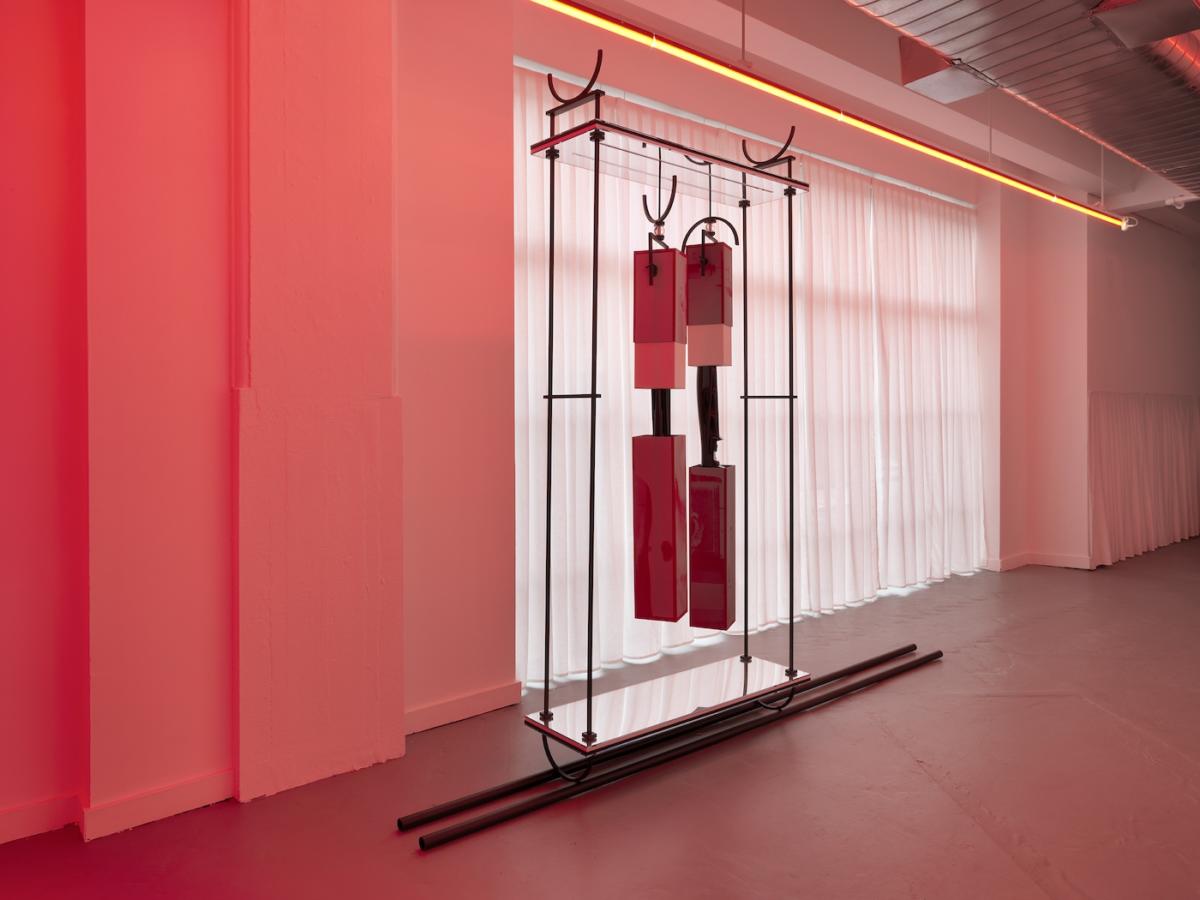 As was mentioned, while Sade’s core lies in demonstration, for Deleuze masochism is all about persuasion. The masochistic hero appears to be educated and fashioned by the authoritarian woman, but basically it is he who forms her, dresses her and prompts the harsh words she addresses to him. Masoch himself was placing advertisements in newspapers and signing contracts with the women in his life. This educational undertaking and its risks, the submissions, contracts and torments the masochists undergo are all steps in the pursue of an Ideal. But the ideal is not platonically dematerialised one, but sensual, carnal, more close to mysticism and ritual with reversals and reduplications in the allocation of roles and discourse. Severin, the hero of Venus in Furs, takes as his motto, the doctrine of “supersensual”, from Goethe’s Faust where “ubersinnlich” relates to Sinnlichkeit, as flesh, sensualitas.

Deleuze describes how the masochist is able to deny the reality of pleasure at the very point of experiencing it, how the pleasure is postponed for as long as possible and thus disavowed. “The aesthetic and dramatic suspense of Masoch contrasts with the mechanical, cumulative repetition of Sade. (…) Repetition does occur in masochism, but it is totally different from sadistic repetition: in Sade it is a function of acceleration and condensation and in Masoch it is characterised by the “frozen” quality and the suspense.” This explains why coldness is the essential feature of perversion, and why it is present both in the apathy of sadist, where it plays the role of theory, and in the ideal of the masochist, where it figures as fantasy. Coldness is a metaphor for de-sexualisation that allows for consequent re-sexualisation. In masochism “the function of the description subsists, but any potential obscenity is disavowed or suspended, by displacing the descriptions either from the object itself to the fetish, or from one part of the object to another part, or again from one aspect to the subject to another.” “Fundamentally, masochism is neither material nor moral, but essentially formal” and dramatic.

It was illustrated how the heroes of Sade subverts the law, but the masochist in contrast doesn’t submit to it, neither. Sadist attacks the law with the upward movement of irony to the higher principle of good above the law. Masochist, according to Deleuze, uses a downward movement from the law to its con- sequences. Instead of irony, masochist applies humour. “The very law which forbids the satisfaction of a desire under threat of subsequent punishment is converted into one which demands the punishment first and then orders that the satisfaction of the desire should necessarily follow upon the punishment.” Thus it demonstrates the law’s absurdity. It allows for such application of the law, that results in every case for the opposite of what might be expected. Such as with the whipping instead of preventing and punishing the erection, provokes and ensures it. “The masochist is insolent in his obsequiousness, rebellious in his submission; in short, he is a humorist, a logician of consequences, just as the ironic sadist is a logician of principles.”

There is precisely one main point why Deleuze wrote the book on masochism. And it is also his main point against Freud. In the end of the book he demonstrates how nor sadism nor masochism are about direct connection of pain with pleasure, pain is here only an effect, but about repetition. “Instead of repetition being governed by the idea of experiencing or re-experiencing pleasure, repetition runs wild and becomes independent of all previous pleasure. It has itself become an idea or ideal. Pleasure is now a form of behaviour related to repetition, accompanying and following repetition, which has itself become an awesome, independent force. Pleasure and repetition have thus exchanged roles, as a consequence of the instantaneous leap, that is to say the twofold process of de-sexualization and re-sexualization.” That’s also why large part of the book is devoted to claim the quantitative accumulation in sadism and qualitative suspense in masochism, that are both relations to reiteration. 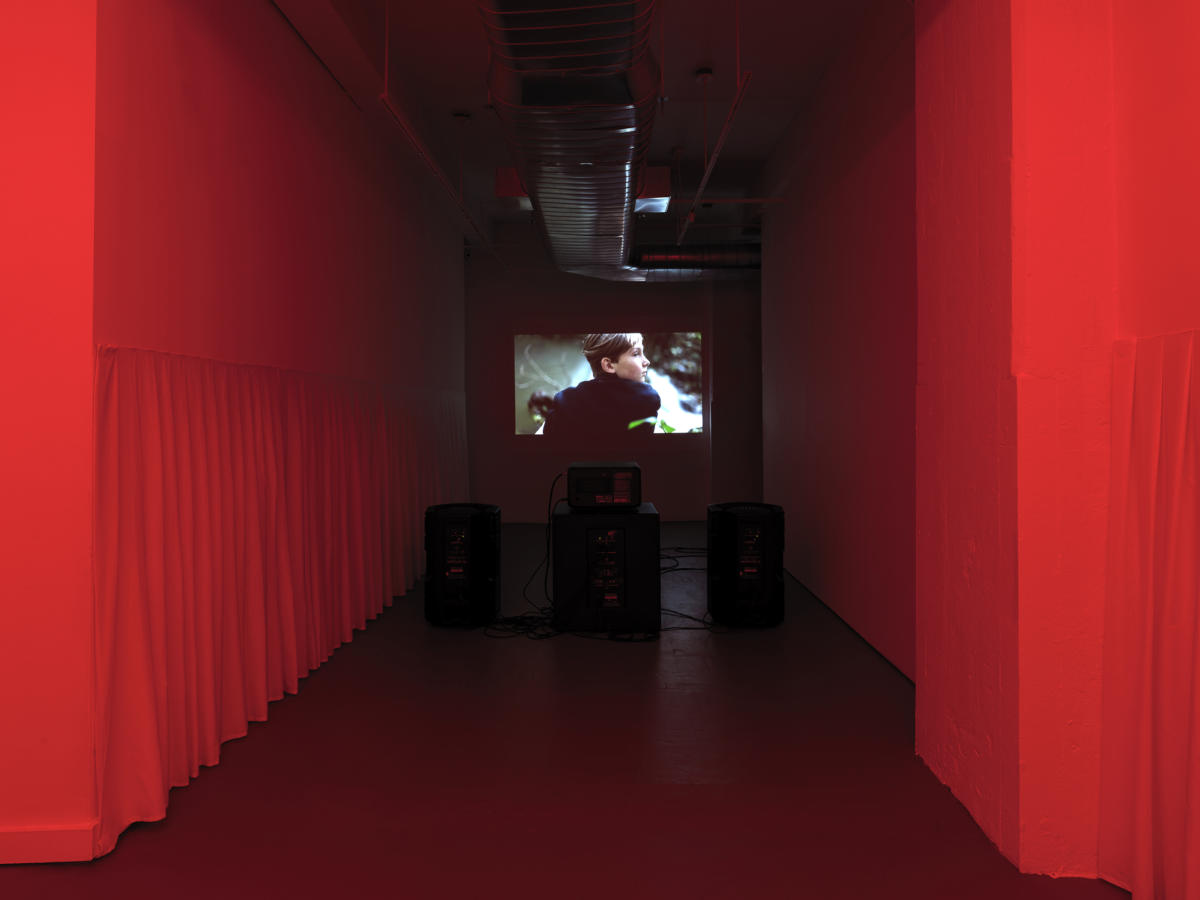 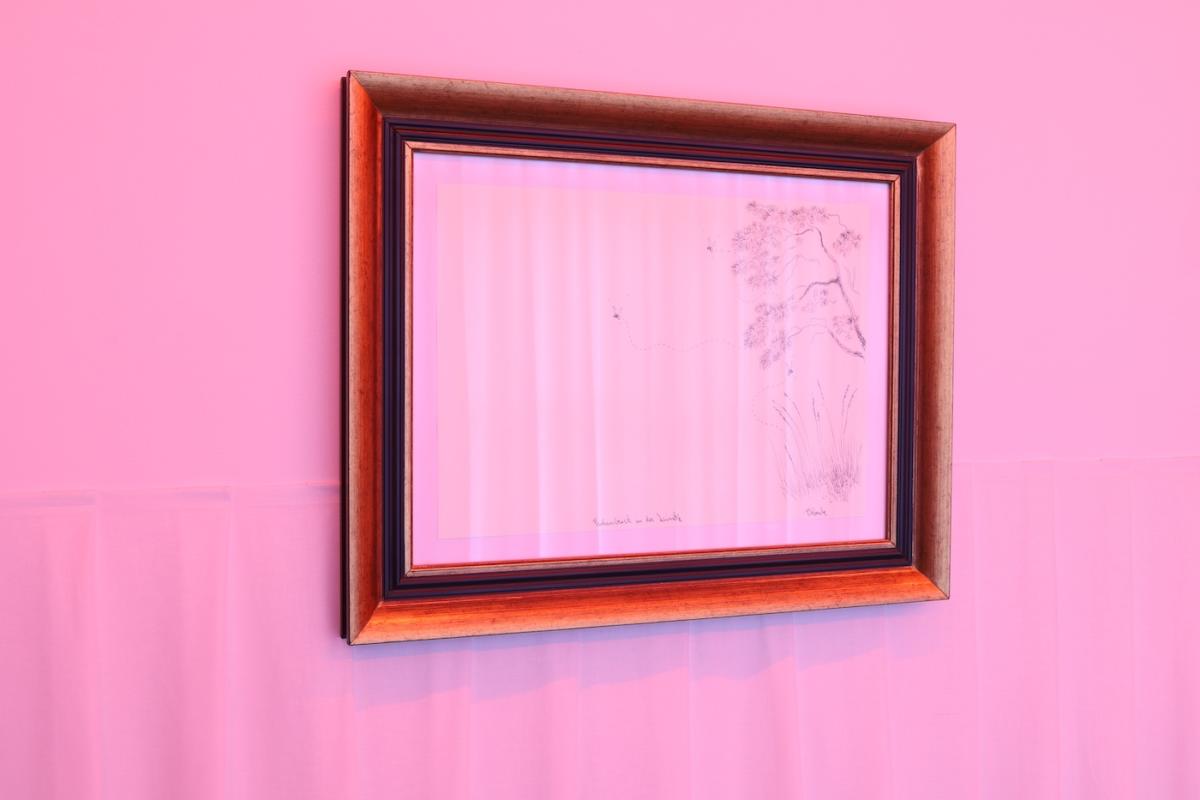 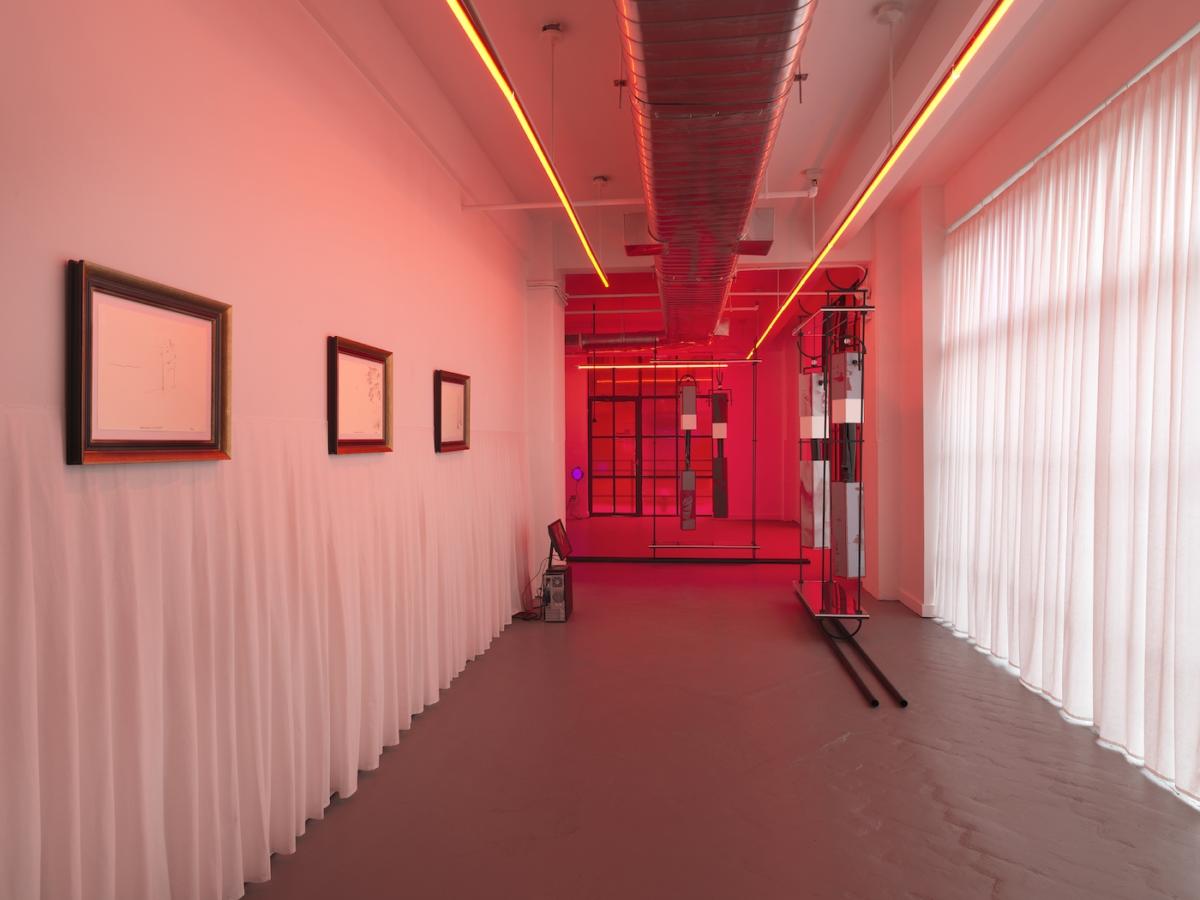 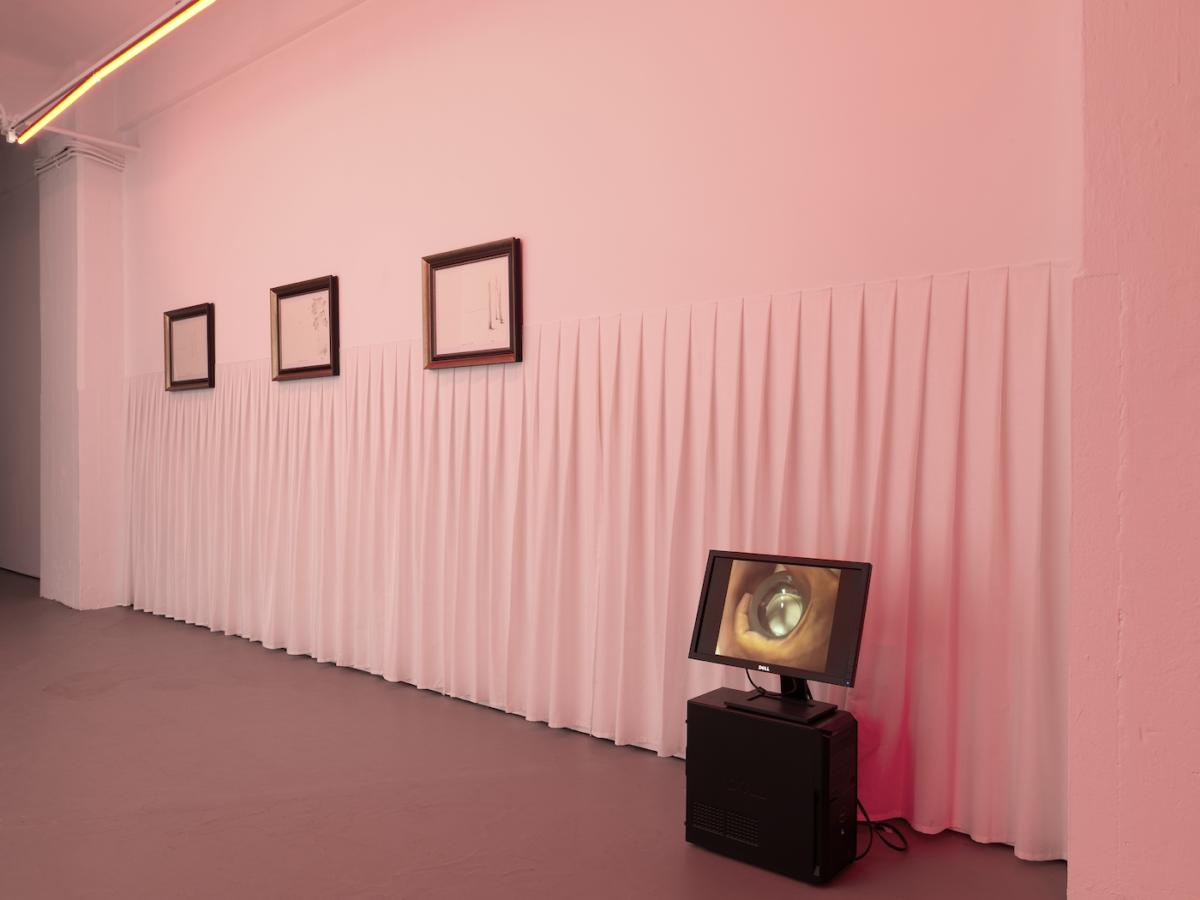 Chukhrov notes that “many modernist, avant-garde and conceptual art-practices didn’t merely reduce its practice to theoretical mind; it also deplored such condition and subverted the inevitable totality of theory into a radical negative gesture, into the radical moment of actualization.” This moment is negative as it has to do with the collapse of perception and the capacity to understand. But then with some cognitive leap, the understanding and misunderstanding coincide in some sort of “supra-cognitive” paradoxical moment. Contemporary art in this way compressed realisation of artistic contents, of an art-work and its impact into this one cognitive, critical moment, but this also made the contemporary artwork instantaneous, momentary regardless to its actually duration, or reification. Example for this can be the conceptual art’s overuse of semiotical index, that preserves the gap between the two correlated elements, the third one symbolising them being ab- sent. That leads to the collapse of temporality previ- ously indispensable for sensuous involvement, but also allows for quantitative accumulation, perpetual motion and permanent revolution. This sort of art fair engagement where art works are being instan- taneously read and immediately proceeded to the next one, as much as the quickly growing quantitative production and accelerating change of focal points in contemporary art.

Chukhrov continues that sensuous involvement is not so much about any empirical sharing of certain experiences or rendering them, but rather about the encounter with the phenomena or event that chang- es the producer in some sort of metanoic transfor- mation imprinted afterwards in the art-piece. In any way imagining the sublation of alienation would presuppose a totalitarian redemption, or imagining utopian pictures of non-capitalism in the midst of capitalist alienation. Or it would presume disregard- ing of the initial and insurmountable estrangement of existence. What however can be done is rather to intervene sensuously exactly into this painful gap between the alienated reality and the potentiality of de-alienation.

“Why believe in the idea of a perfect world?” asks Masoch in his book The Divorced Woman. What we need to do is to “put on wings” and escape into the world of dreams.