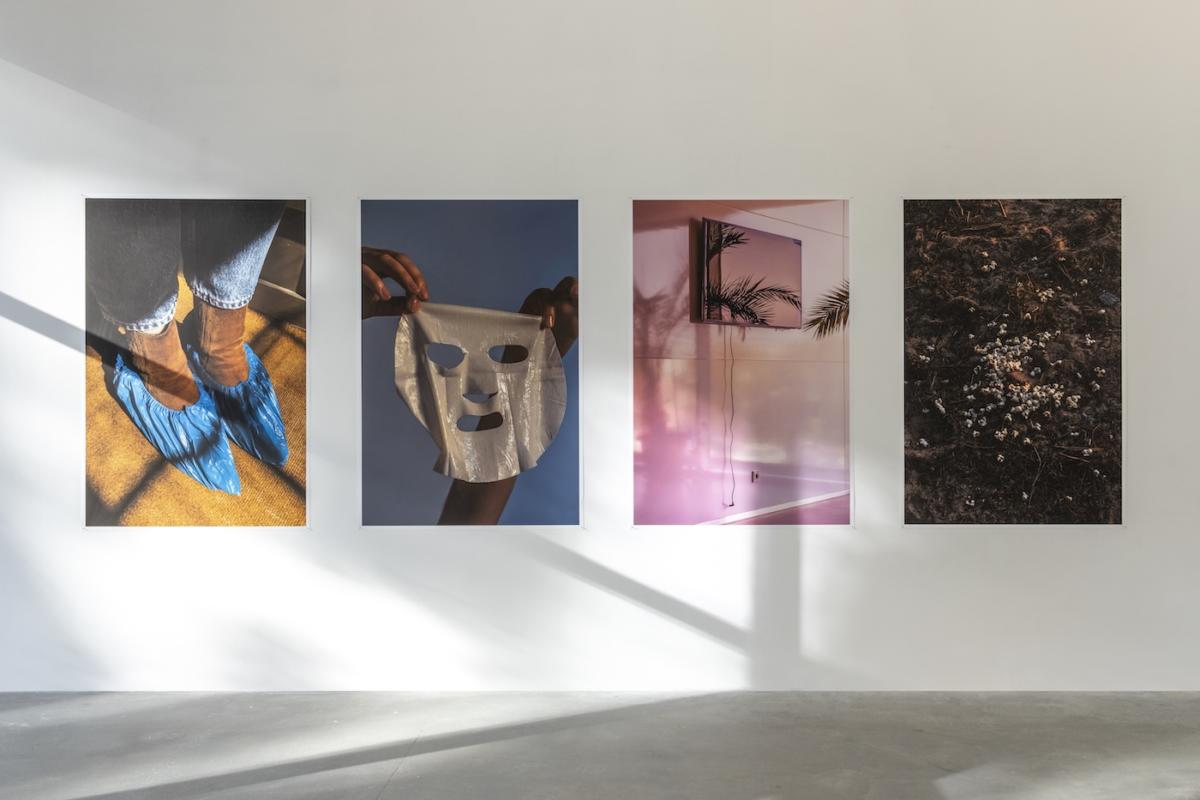 Robert Świerczyński’s photographic images have a vertical, elongated format. It’s a shape similar to the proportion of a smartphone or a laptop screen rotated by 90 degrees. However, before the eye acknowledges this, attention is drawn to the aseptic poetics of these photographs, their contrived selectivity, rescaling, and unnaturalness. Photography has entered the era of liquid crystal touch screens and it is no coincidence that Świerczyński’s photographs share this thread of touching and feeling the skin, surface, shell, and tension. Here, HMI practice (Human – Machine Interface) reveals its everyday face, sometimes prosaic and sometimes poetic.

With each subsequent photo, one falls deeper and deeper into this world. Therefore, it is no accident that Robert Świerczyński’s diploma series also takes the form of a photobook (and, like a book, one can read the artist’s portfolio on a laptop put on its side). In this way, a story emerges from individual shots. Random events seem to form a whole. The choice of one photograph or another will always be slightly flawed because they all complement each other, creating a striking network of misleading clues and unexpected emotions. 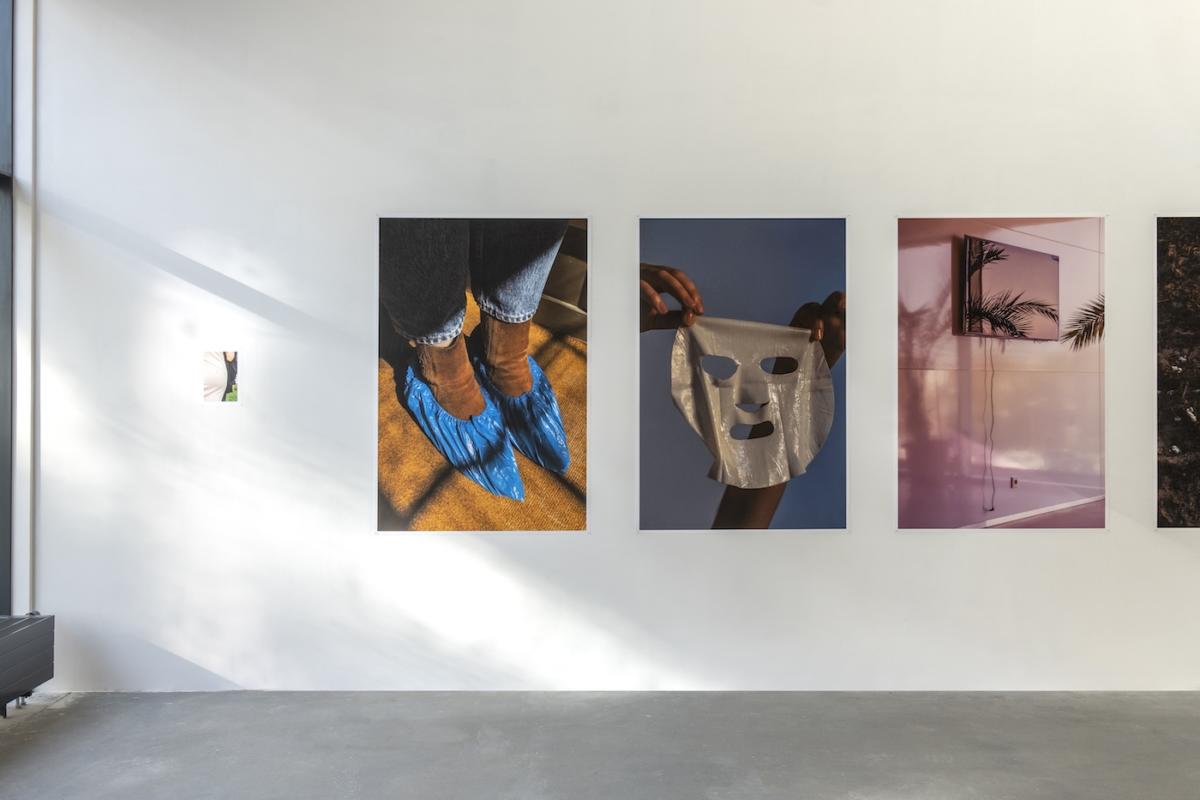 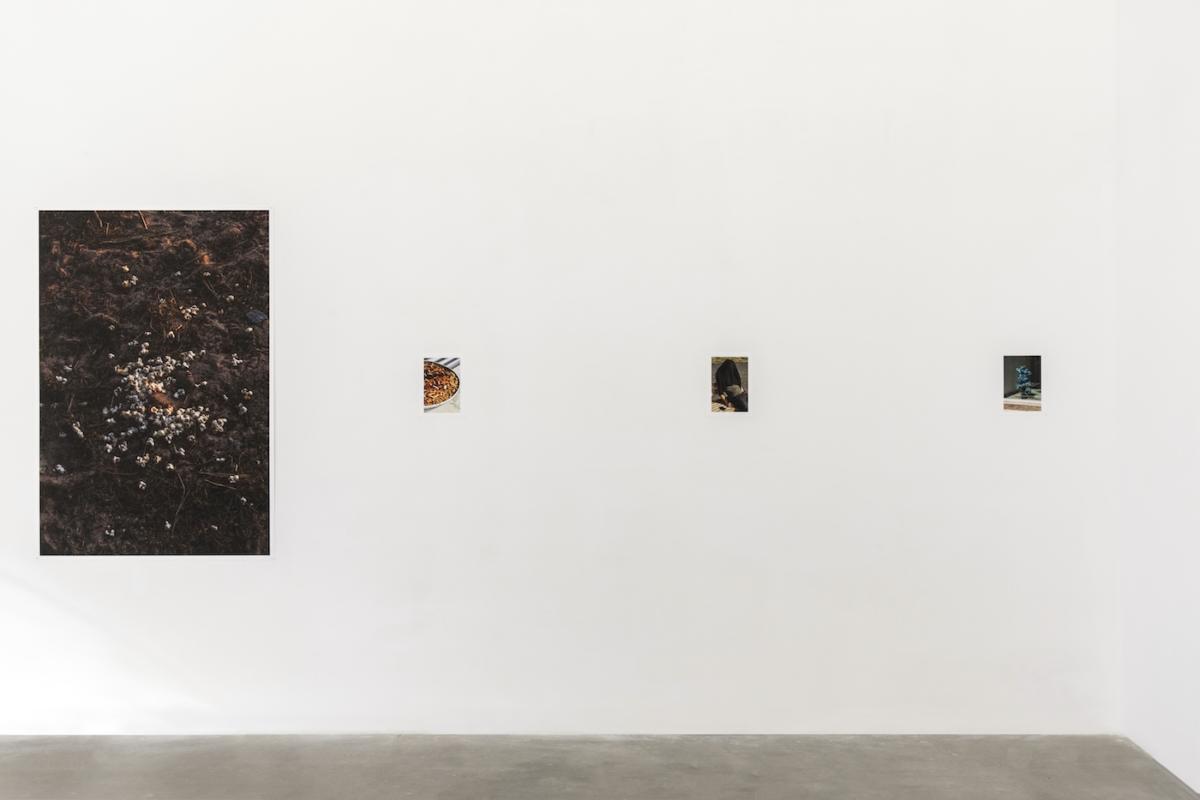 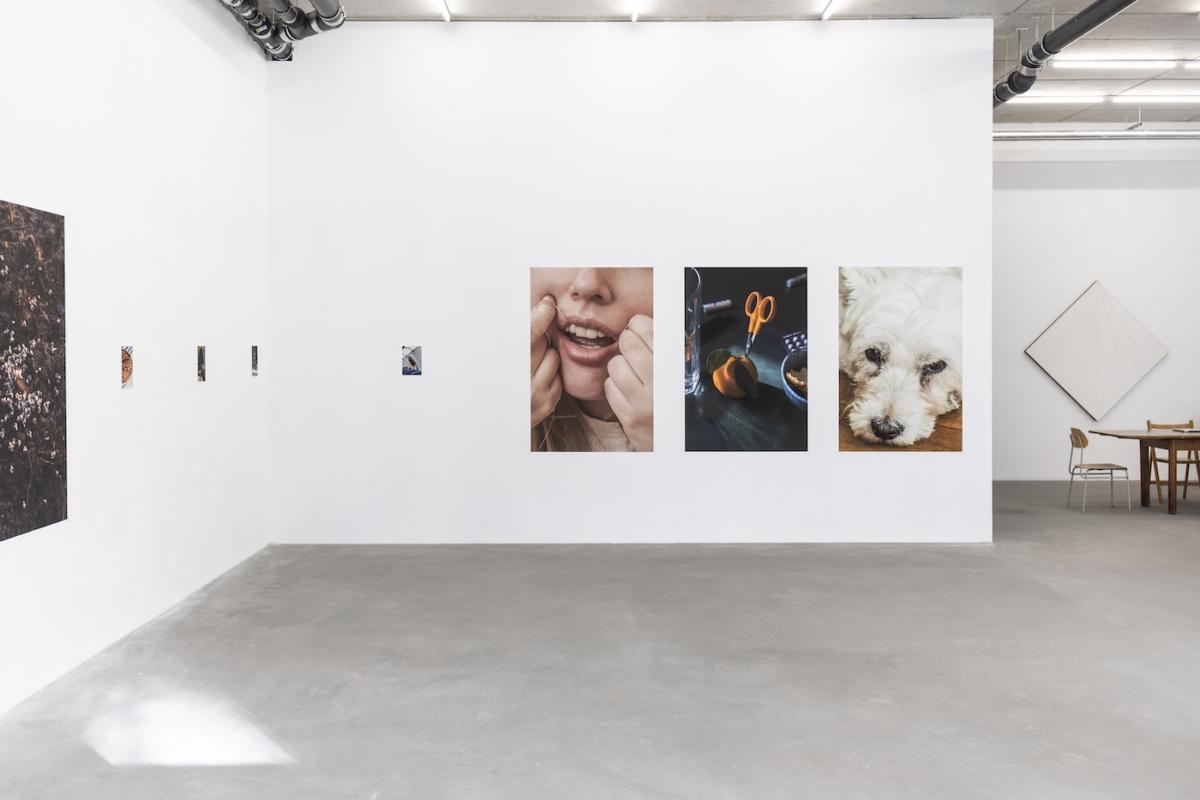 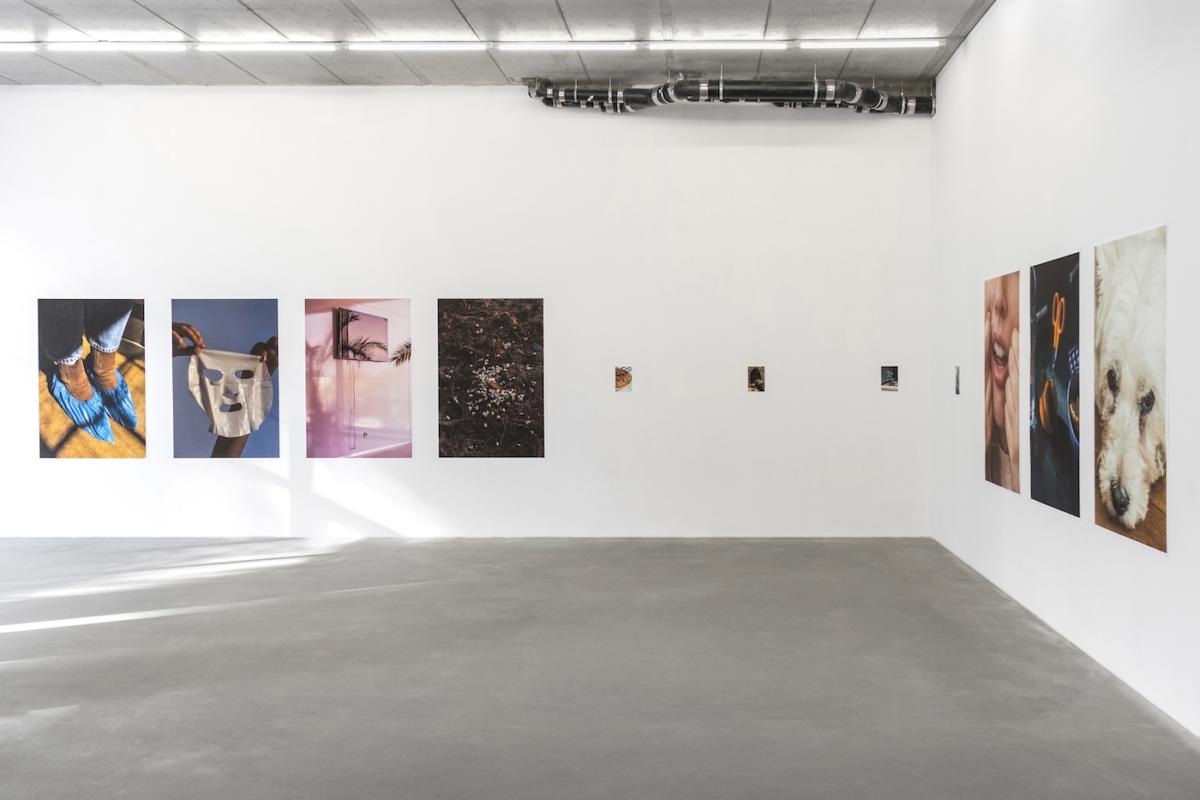 This world, however, isn’t free of surplus. It is a bit cleaner, and perhaps neater, than usual. Yet still real. It is a world woven from mistakes – hygienic, tiny and ephemeral, but mistakes nonetheless. There is a fly sitting on a cocktail dress, popcorn scattered on wet forest soil, legs protruding from above an airplane seat and disposable covers for shoes that are far too color-matching to compliment the entire scene. Something funny can happen – like a woman trying to understand a picture painted upside down, or slices of ham in the shape of Africa. But what prevails is a reverie about the visual potential of all these strange incidents.

Robert Świerczyński tracks unanticipated events, views, coincidences or gestures that seem to be carefully staged, despite the fact they are not staged at all. In most cases, that impression is only a result of the photographer’s action. He brings out these visual charades from everyday surroundings, rescaling and framing them until they become ambiguous – bonding artistic expression and inexplicable content. Artificiality and uncommunicativeness are two of the unique qualities of these photographs that entangle them creatively into contemporary art dilemmas. Here, the brilliance stems from a reference to the classical instruments of photography, its importance and serious craftsmanship in comparison with the fortuitousness and immediacy of the gaze. A natural point of reference here is the visual culture of Instagram and other social media that reinterpret reality with photos – primarily digital snapshots. Nevertheless, the volatility and excess of smartphone photography is confronted by Świerczyński with the classic principles and figures of photography, and among them the most important is light. Its shades, rays and reflections appear to have an almost ostentatious quality in subsequent photos, with some becoming the main carrier of an anecdote. 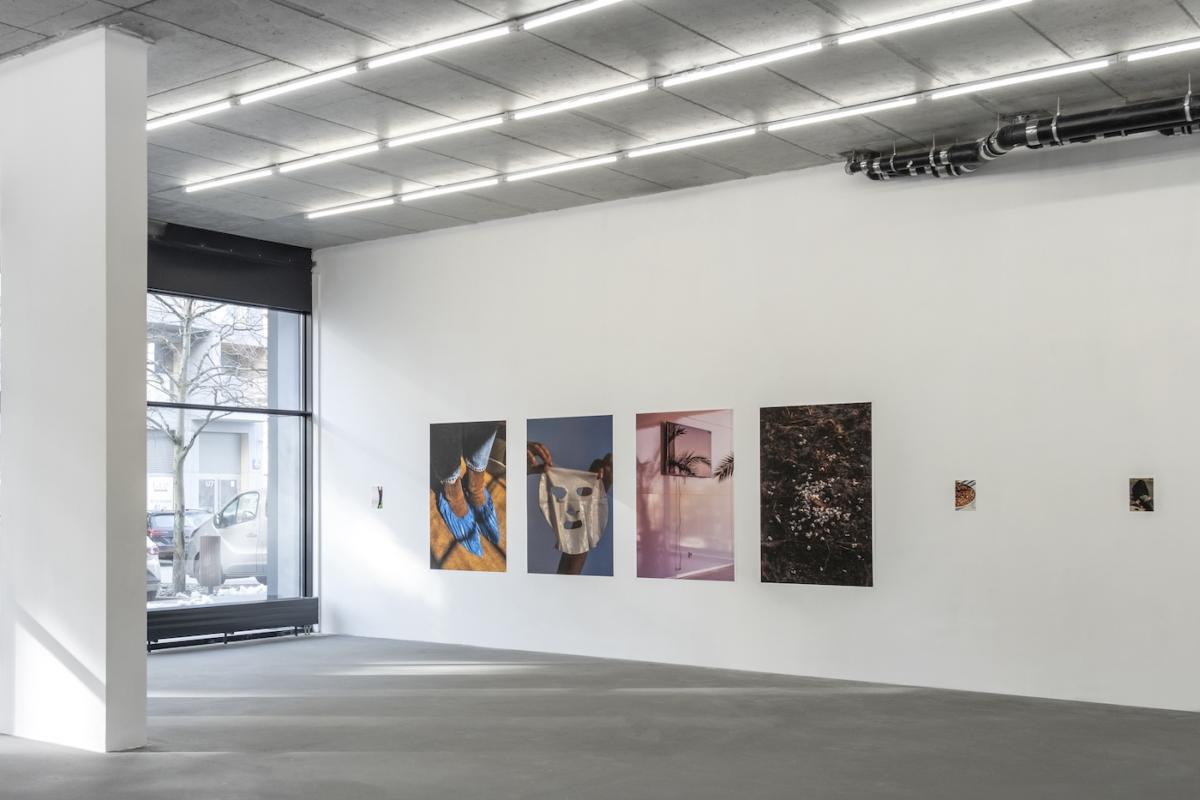 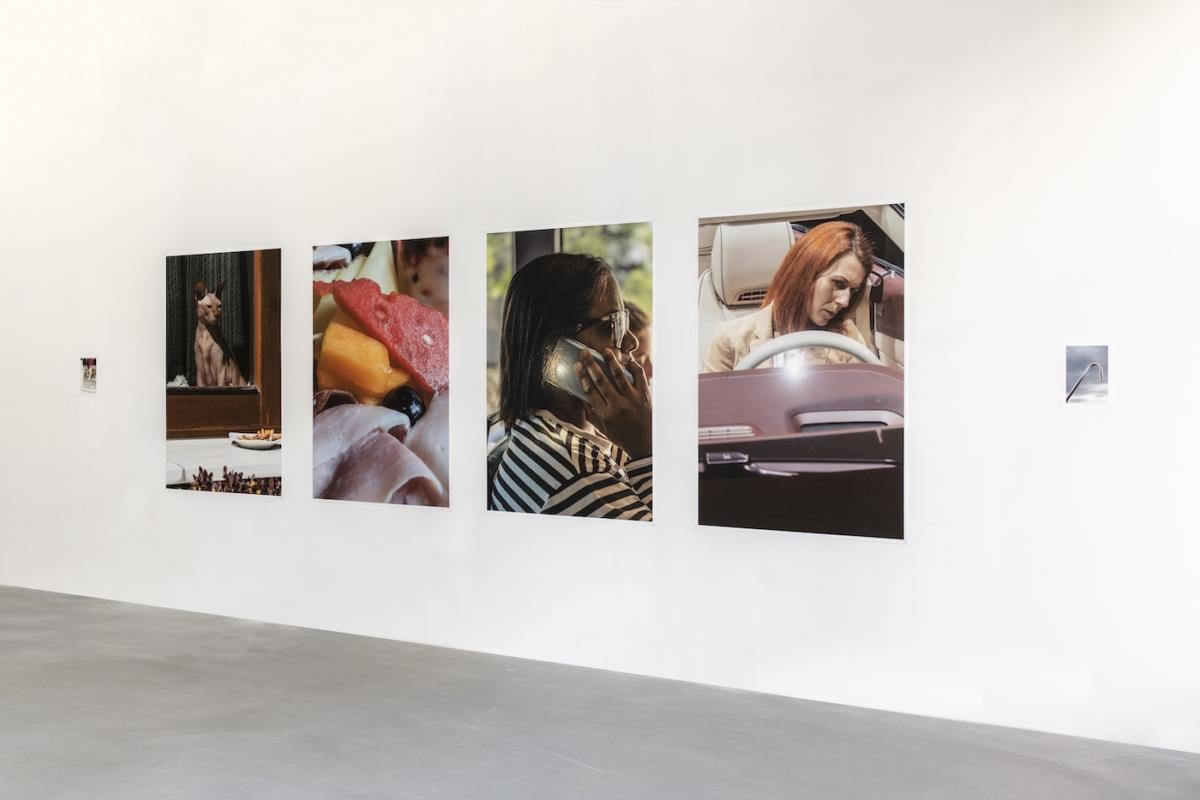 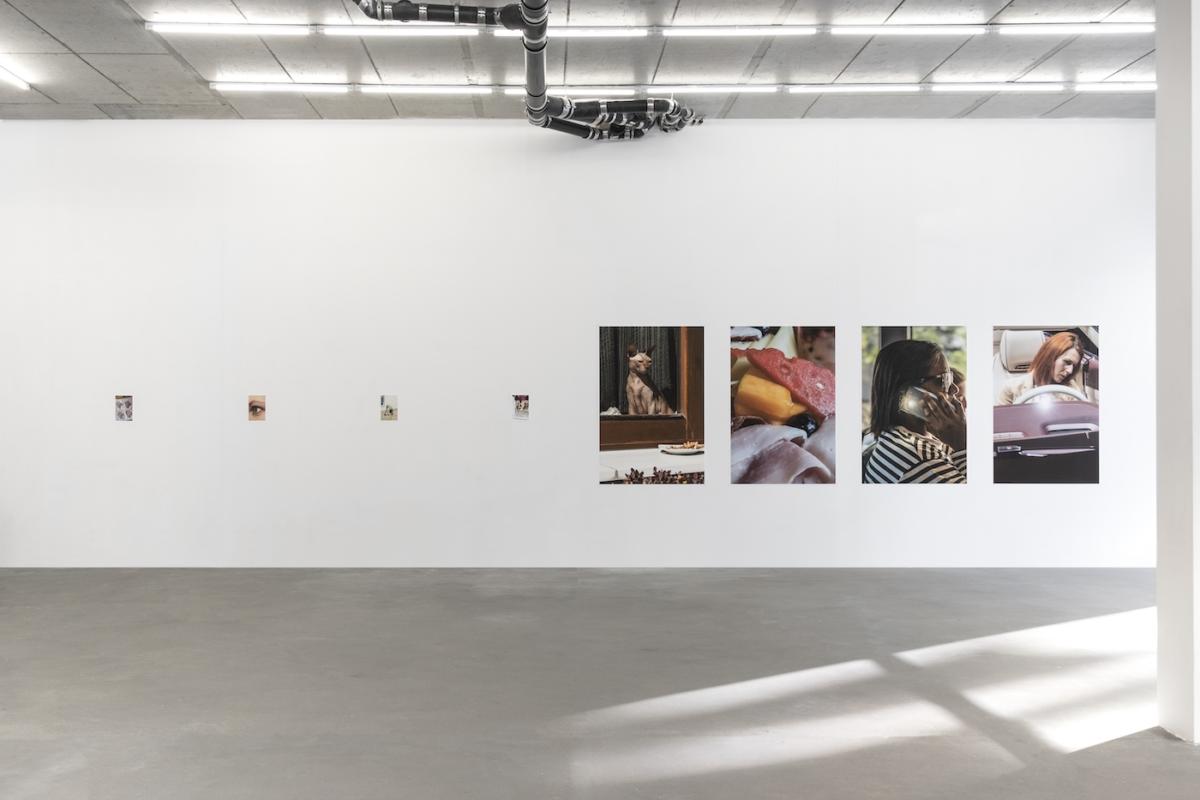 Another interesting tendency of the artist is the avoidance of movement within the frame, which further emphasizes the photographic nature of the message. Owing much to static shots and film light, Świerczyński puts his characters in a state of lethargy, as if from the studio of a 19th-century photoportraitist who, in order to obtain a perfectly still image, supported the neck of the model with a metal prop. Here, like the passing of a solar eclipse, everything goes quiet and freezes for a prolonged moment. And, at this very moment, the hierarchy of importance is suspended. A chrome faucet against a cloudy sky, bent in the shape of an inverted question mark, is an apt metaphor for contemporary, spiritual material science. While looking for unobvious contact points between bodies and materials, Robert Świerczyński photographs and evokes something else: a modern indecision as to the correctness of human choices.