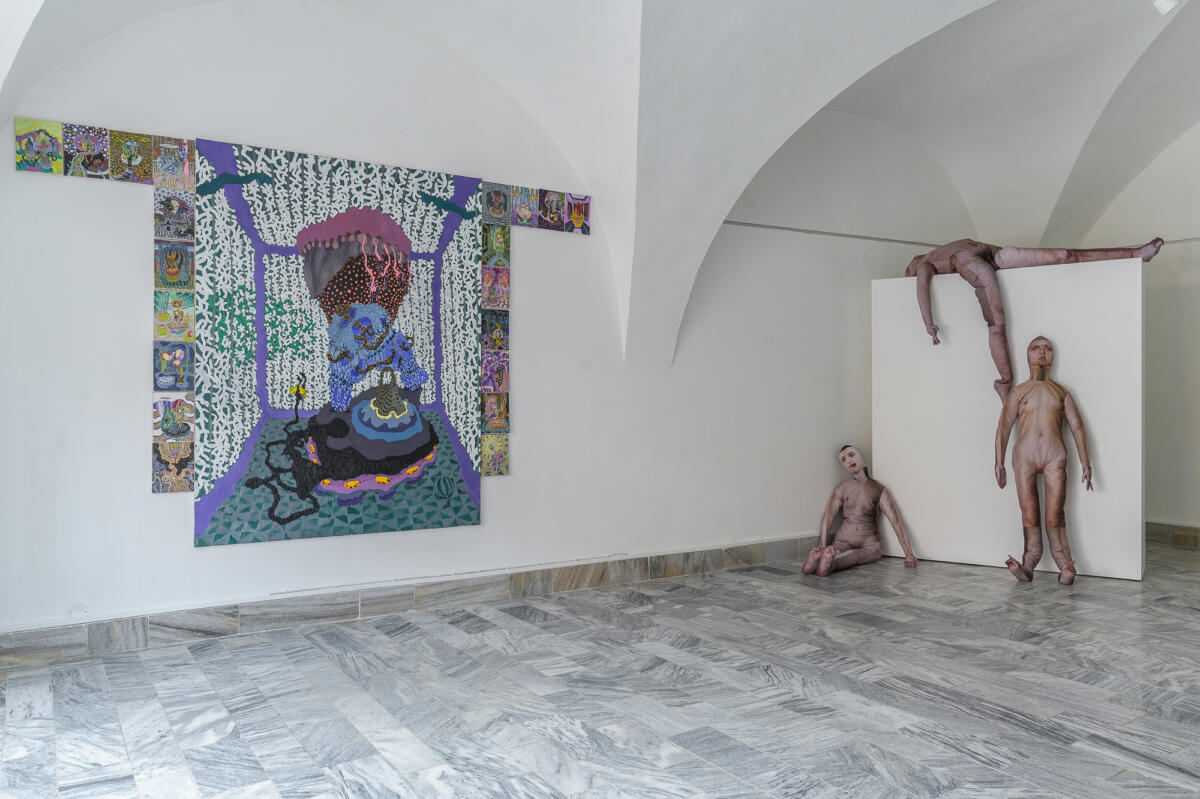 Artist-run, off, and project spaces play a critical role in the vitality of every art scene, regardless if you’re in a village or an international city. And every institution, from the museum to the private gallery, has its part in providing different experiences and serving a diversity of communities and interests. What makes artist-run and off-spaces unique is their pocket-like quality: they fit into the voids, the conceptual gaps and sometimes quite literal anti- or liminal spaces that in a more formalized institution, would often be considered too precarious or marginal or crude. These spaces are dependent upon their communities for their most basic functions, which can include everything from borrowing tools or materials to financial and moral support. More often than not the work is unpaid, and while passion is what inspires and keeps these projects moving, burnout and personal sacrifice cannot be avoided. The Q+A column was created as a platform to highlight these people, spaces, and communities in the East and Central European region. Over the course of this past year we’ve been able to profile spaces (and the people behind them) in Poland, Czechia, Georgia, Austria, Germany, Bulgaria, Russia, Ukraine, Serbia, and Romania, and will be expanding this list in the months to come. But first, to celebrate the first anniversary of the Off Space Q+A, we’re featuring ALTERUM, a project initiated in Hungary that connects minds, hearts, and bodies across the off-space spectrum in Eastern Europe. 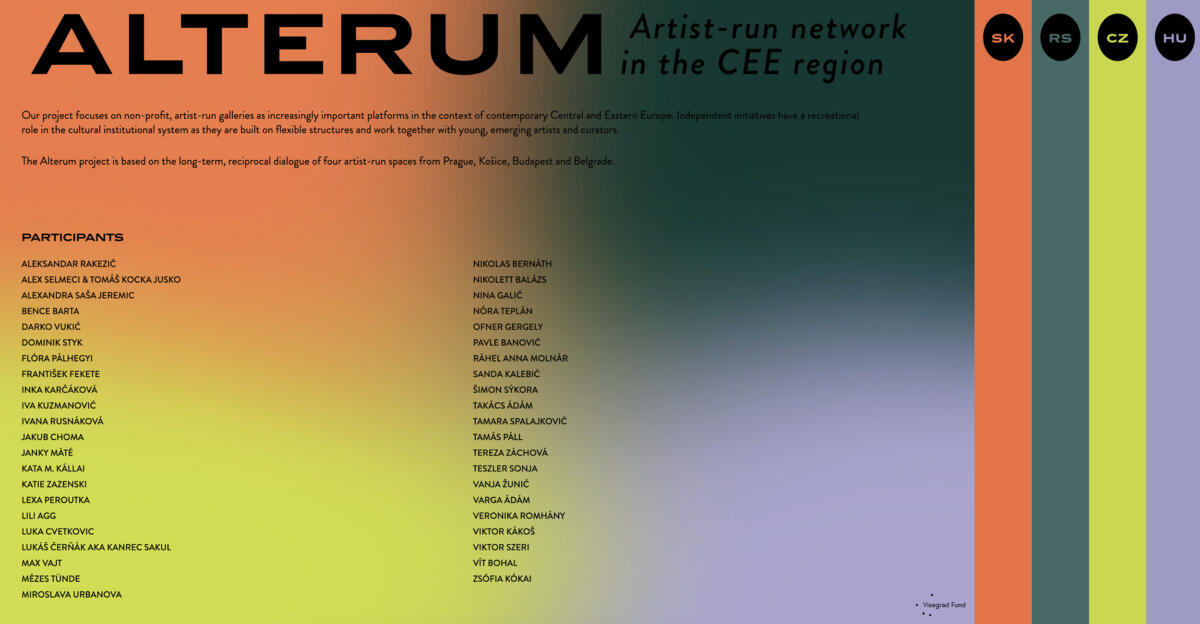 ALTERUM was initiated in February 2020 with support from a V4 grant, and is comprised of four artist-run spaces: U10 (Belgrade), MŰTŐ (Budapest), VUNU (Košice), and 35M2 (Prague). Their goal has been to create a long-term, reciprocal dialogue and a horizontal network that is reflective of the self-reliance, values and aims of independent spaces. In June of 2021, each space presented an exhibition for the project, and a comprehensive publication featuring essays, exhibition texts, and reflections will be released later in the summer. We reached out to members of the group to find out more about their experiences as both artists and organizers, and in the spirit of our Q+A, posed four questions:

Iva Kuzmanović (U10): Running an artist-run space is an immediate, direct involvement in an endless number of combinations of artistic ideas, relations between artworks and their contextualisation, and articulation through the exhibition set-up. It also means understanding and handling a complex structure dependent on the art scene, audience and economy, bringing them each further out of their individual limitations. It is a bold and heavy, fast-paced training in efficiency. In a way, going through all these combinations helps you broaden your perspectives on the abilities of your own artistic concepts, presentation possibilities and, of course, communication skills.

Zsófia Kókai (MŰTŐ): It directly helped me stay in the profession and become part of the art scene. I joined MŰTŐ at the beginning of 2017, the same year that I received my Master’s degree in Contemporary Art Theory and Curatorial Studies at the Hungarian University of Art in Budapest. It was important that I was already part of a community during college, it has also been a benefit to my first and current ‘money-making’ job, to be a part of an art group and collective. And of course it is very important to create and work with a group of people who inspire you. And, you are never alone. Energies multiply in a group. 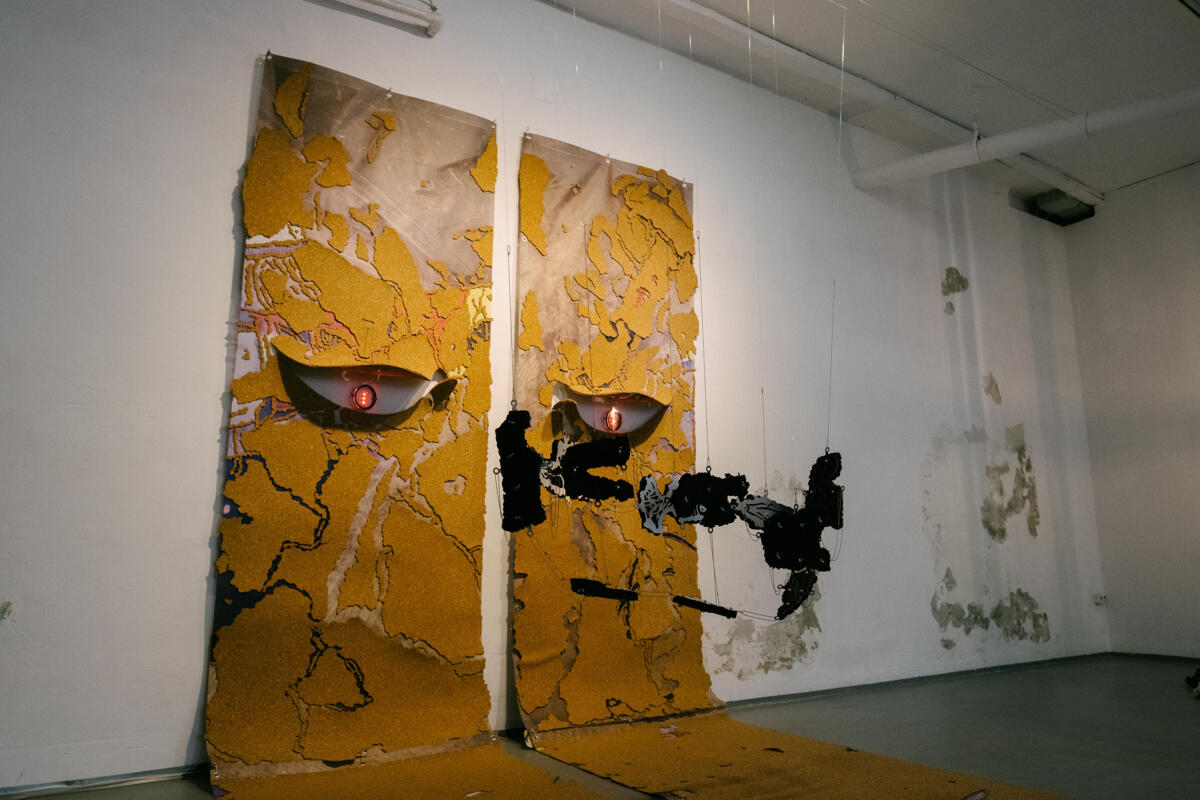 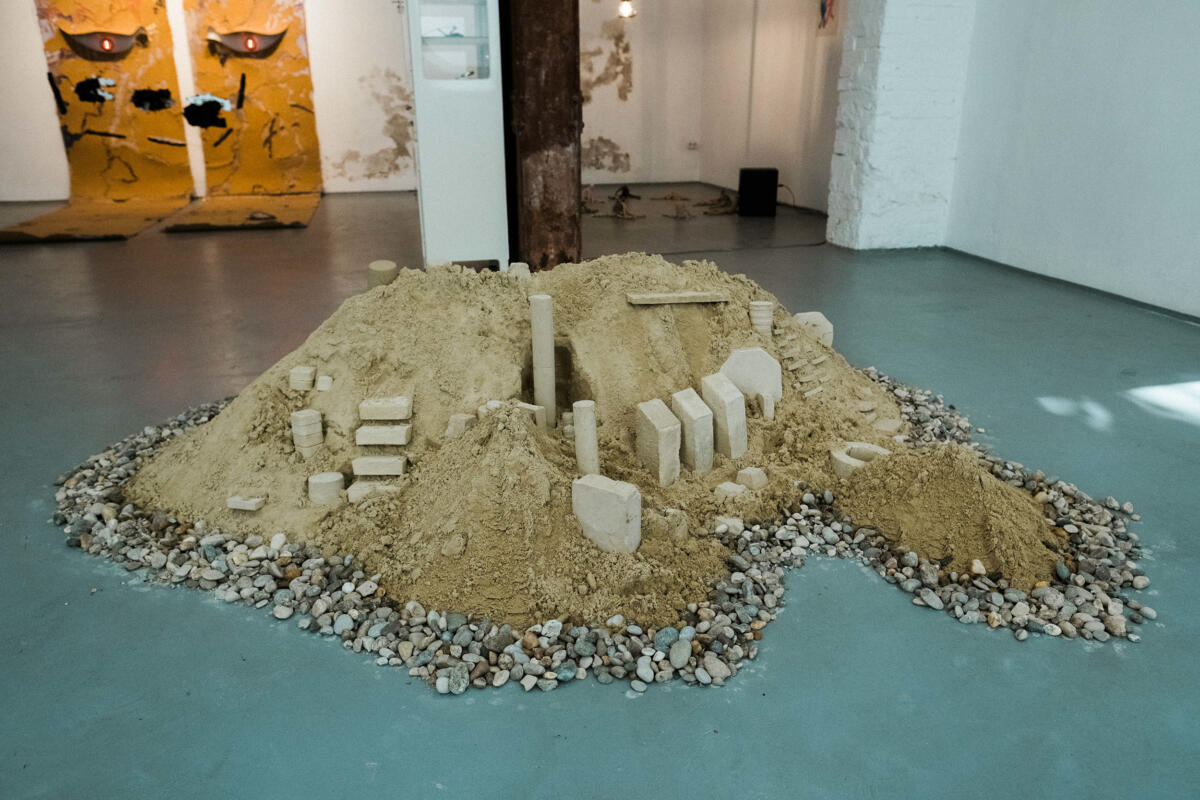 Ráhel Anna Molnár (ALTERUM): I’m currently not (co-)running any artist-run initiatives, although I’m living in, and working with different artist-run and DIY communities both in Hungary and abroad – including MŰTŐ, which I was a part for a short and intense time up until last summer. The ultimate fruit of this period is ALTERUM itself. These collaborations are naturally connected with my own practice. The effects just flow naturally in both directions, and I’d like to believe by this time we have a more solid local and international network of like-hearted people, which more and more brings a clearer sense of safety.

Lili Agg (MŰTŐ): As an artist, running this place with my colleagues and friends motivates me to stay engaged and to develop my artistic practice. Organizing exhibitions and meeting artists from different countries also gives me a broader insight into different methods and approaches in the contemporary art scene. As a collective, when we think, create or just talk about different topics connected to art, it really inspires me. I believe that individualism is overrated in the art scene and small communities and collectives will have bigger power in the near future.

Of course, collective power is something that comes up a lot in conversations about alternative methodologies and practices. And the energy output has at least an equivalent return, which is a key to why we keep doing this, day after day, as noted by Sonja Teszler in her essay for the ALTERUM catalogue:

The DIY community usually works by the principles of limitation and scarcity, which affects both their political and aesthetic rituals, including curating and maintaining a given space, bringing people together into new encounters and nurturing the surrounding community. Given the precariousness of their position on the extraterritorial periphery (their physical space, resources, etc. are all unstable and often temporary), the labour value is inherently defined within the process itself as a de-instrumentalized practice, instead of being directed towards a concrete marketable or definable outcome. Such natural shapeshifters adapt to new variables, environments, people, necessities and knowledge, thus redefining dominant capitalist value systems and their epistemological binaries…

…Though being aware of and accountable for such a contradictory position is important, it shouldn’t hold precarious placemakers in a deadlock. Rituals of precarity, adaptability, curiosity, kinship, death and revolt have to keep pushing back to challenge and eventually transform dominant speculative ideology. And even if they don’t – we will still just have to keep going.[1] 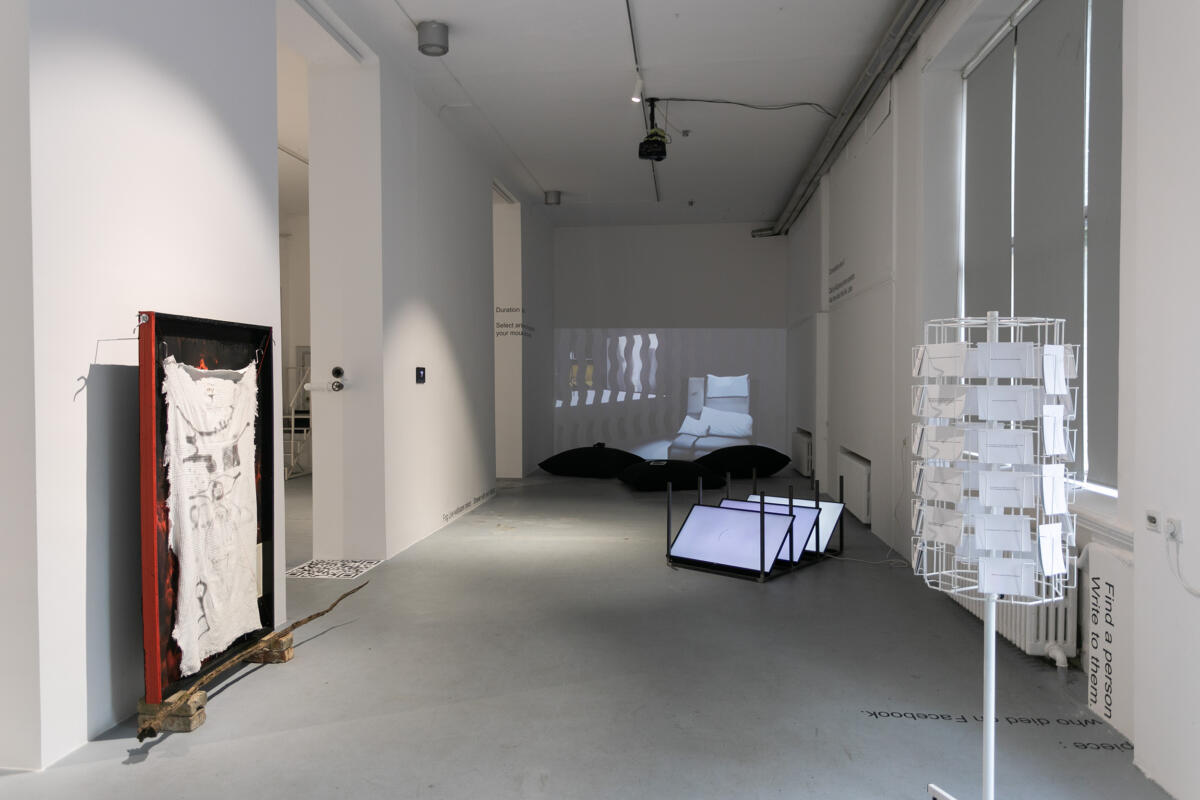 Darko Vukić (U10): It opens the space for coping & trying out curatorial procedures and accompanying features, and to better understand what is possible to communicate throughout and after the realisation of a project. This is of course a faceted attribution of the societies in which it is imposed upon, and it could be extended or developed further only collectively as the question of collaboration, affectation, commonalities and misunderstandings changes. But it is always context sensitive or dependent, which nowadays might even be imperceptible.

What is the least sustainable aspect of this work for you?

Ráhel Anna Molnár (ALTERUM): Struggle. It’s paradoxical as struggle is somehow inherent in DIY culture. In a way, I believe in struggle as a positive drive, yet I could describe it as an underlying presence of the endless scent of blood that keeps you running.

Another theme that has been resonant across conversations and collectives, the struggle that as Ráhel notes, is simultaneously necessary to keep us going. It is what drives us, what defines us, and also at times, is the end of us. Again, as noted by Teszler:

All such precarious placemakers and ontological amphibians propose alternative ways of creating life and community within the peripheral, ‘dead’ spaces of the capitalist terrain. Creating dwellings within this extraterritorial realm of ‘compost’, these worldbuilders cultivate new ecosystems and rituals of labour and care that reintroduce the cyclical value of life/death against the cult of un-death perpetuated by speculative capitalist cosmology. However, it should also be recognised that albeit unwittingly, these agents often get integrated into capitalist speculation and various forms of neocolonialism and gentrification just by virtue of their presence, their worldbuilding practices used to drive up value and facilitate the exploitation, marketisation and ontological flattening of a certain locations, products or subjects. 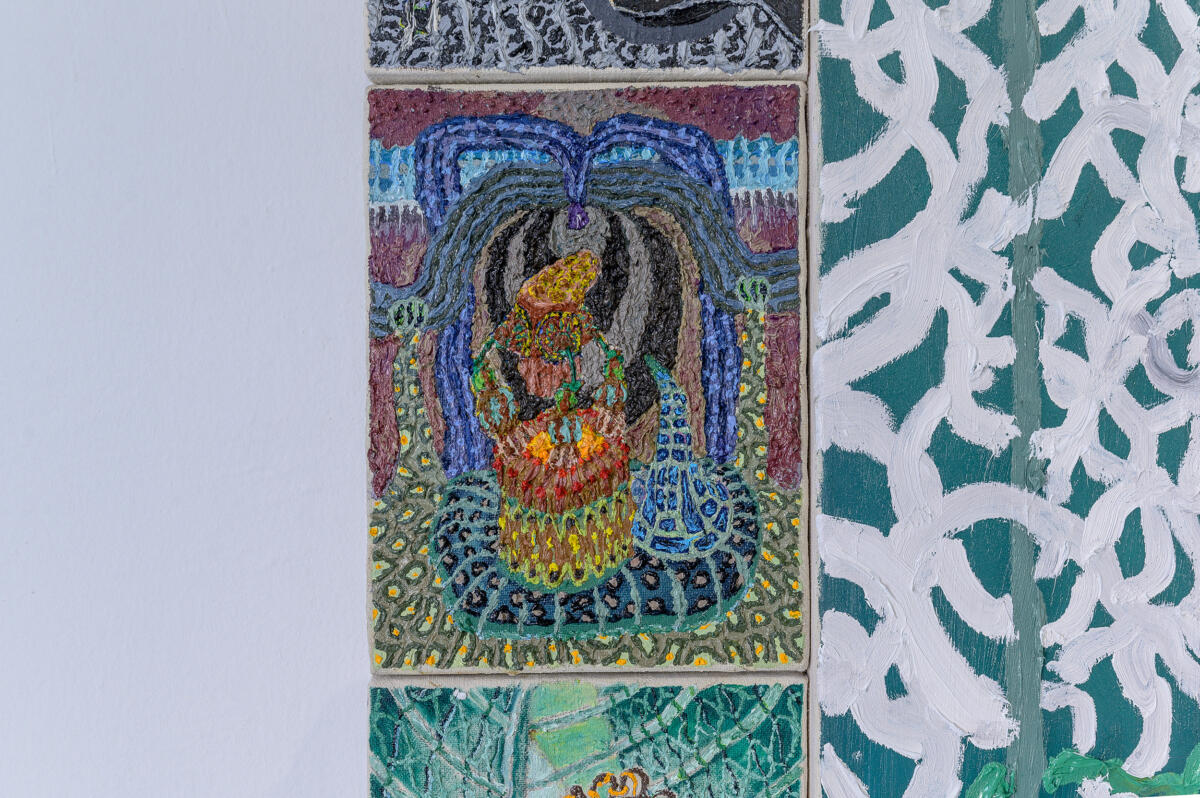 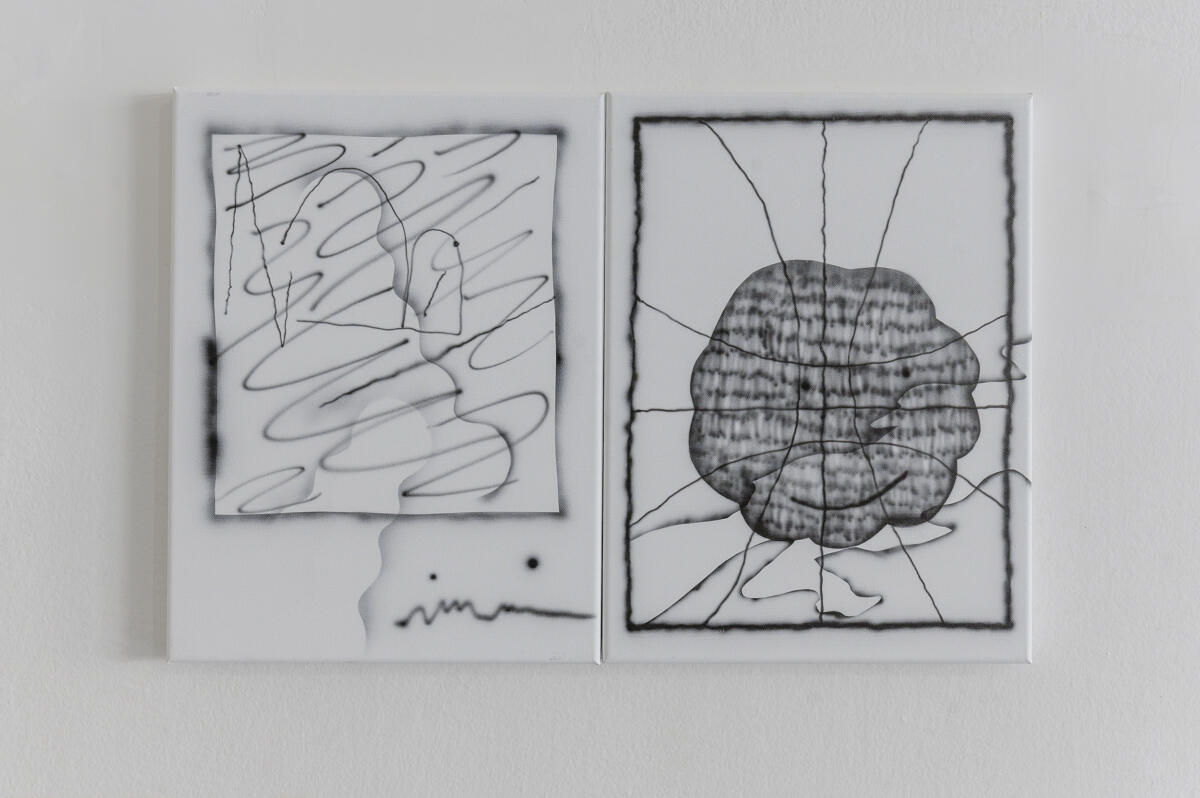 Darko Vukić (U10): Anything I say HERE could be held against me in the future.

Zsófia Kókai (MŰTŐ): Aside from the inherent precariousness? 🙂 We are in a good moment as a group and also as a let’s say as an institute, so I think positively about our future. We know that what we are doing now is very important not only for our colleagues but also for the younger generations. To find a secure place with long-term affordable rent is very difficult, and also crucial is to find the financial and structural background to continue working without burning out.

Iva Kuzmanović (U10): To pass it on to the next generation, to keep nurturing it based on zeal and not wages, the way you do when you first take it on. Money has to come in one way or another or it’s gone, and once that happens you can’t endure any longer.

Lili Agg (MŰTŐ): I believe that the biggest problem besides the financial part and the continuous place searching is to keep the motivation and time balance. I think our group is really determined, on the other hand, every member has their own issues, like work, personal lives, and careers. We sacrifice a lot to keep MŰTŐ alive. Sometimes we become very tired and then when you face the desperate situation of Hungarian cultural politics, the situation can become quite disappointing. We often get enthusiastically positive feedback and so feel the importance of our work, which helps us to overcome the more difficult periods. 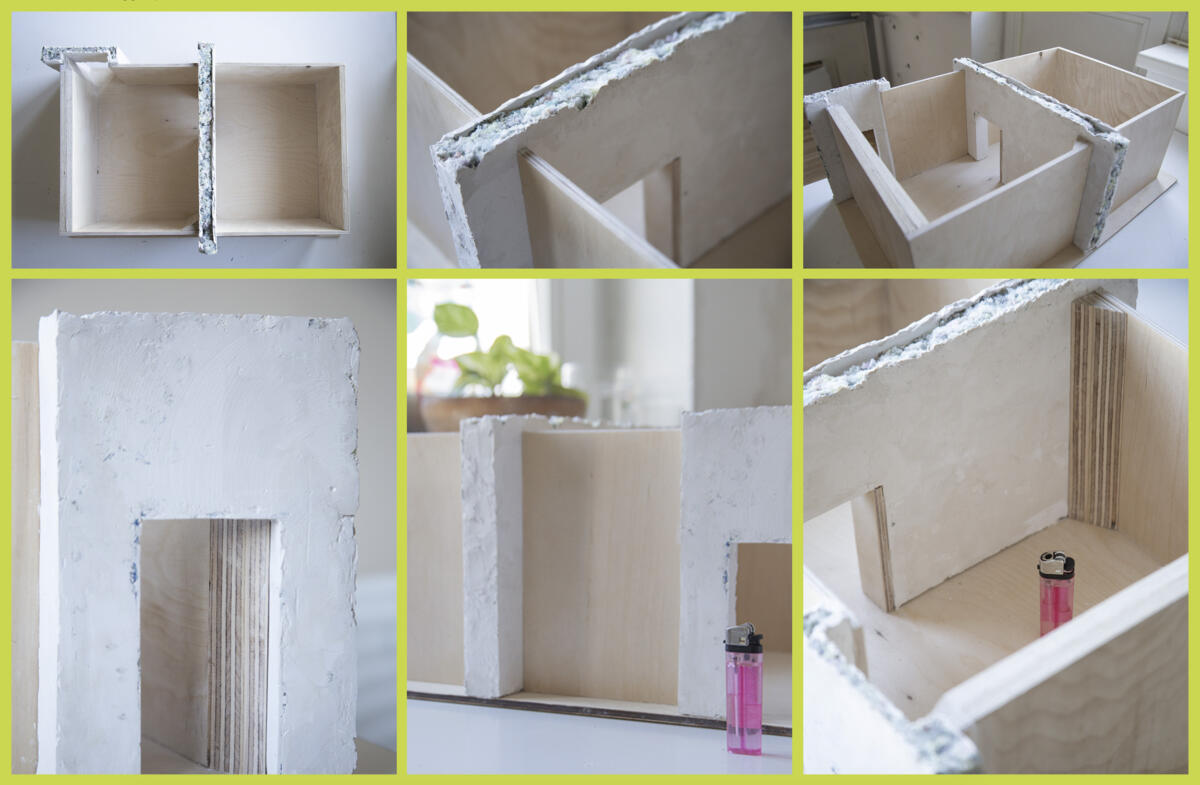 So, why do you do this? What keeps you engaged in this work?

Iva Kuzmanović (U10): It’s still needed for society, the way we’re doing it. Call it a Batman complex. We can’t help it.

Lili Agg (MŰTŐ): I think it is a responsibility. If you are dissatisfied with the actual situation of the institutional system, you have to do as much as you can.

Zsófia Kókai (MŰTŐ): You can’t quit when you feel this responsibility. Plus, I really like the flow that emerges while creating an exhibition or a project, and at the openings when you meet both old and new faces who are interested and, I hope it doesn’t sound bad, but I am grateful that we are running this space.

Darko Vukić (U10): Anything I say NOW could be held against me in the future.

These spaces grow from the bodies who collectively care for and nurture them, but don’t be mistaken, the love is not unrequited.

It’s been a “co-operative project supported by the International Visegrad Fund” but, if I may say so, on a more realistic scale it’s been a labyrinth of befriending people and understanding their visions, struggles, treasures, and realities, and we’ve spent a long time together in this search for our “words and deeds.”[2] I.e., identifying the many specific core characteristics of DIY, artist-run and underground cultures, that go beyond (the idea of) “Eastern Europe” (sensed as a vast concrete yet invisible presence), so that together we might actually be able to approach her through ourselves. In this quest, the allegorical figures of love, desire, struggle and distance naturally joined us for a feast. Invisible figures all too familiar for those of us living and working in DIY communities, who follow us daily in their silence.

…Compared to what we envisioned in the very beginning, the only actually stable element in our venture of befriending one another, happened to be love.[3] 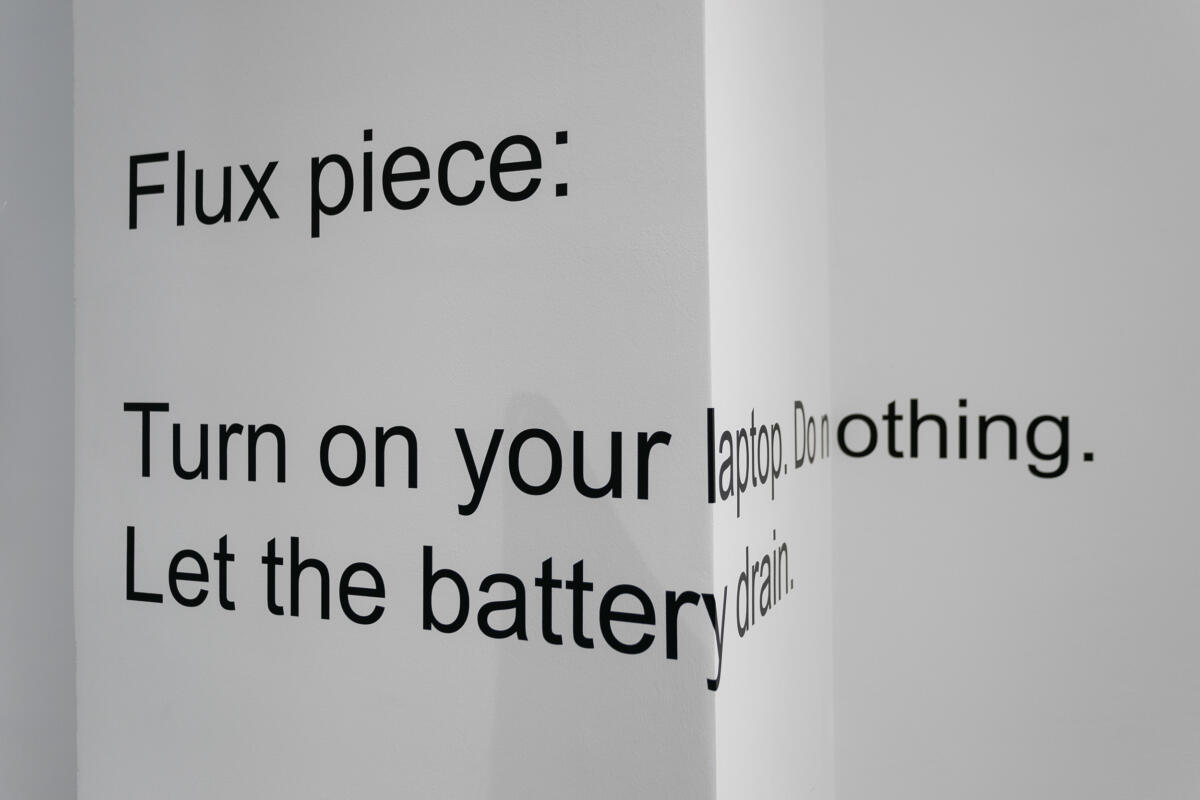 [1] From Death and DIY – a political paradigm for anti-capitalist ontologies by Sonja Teszler for the ALTERUM catalogue.

[3] From Befriending Endless.– Preface for a void supreme by Ráhel Anna Molnár for the introduction to the ALTERUM catalogue.