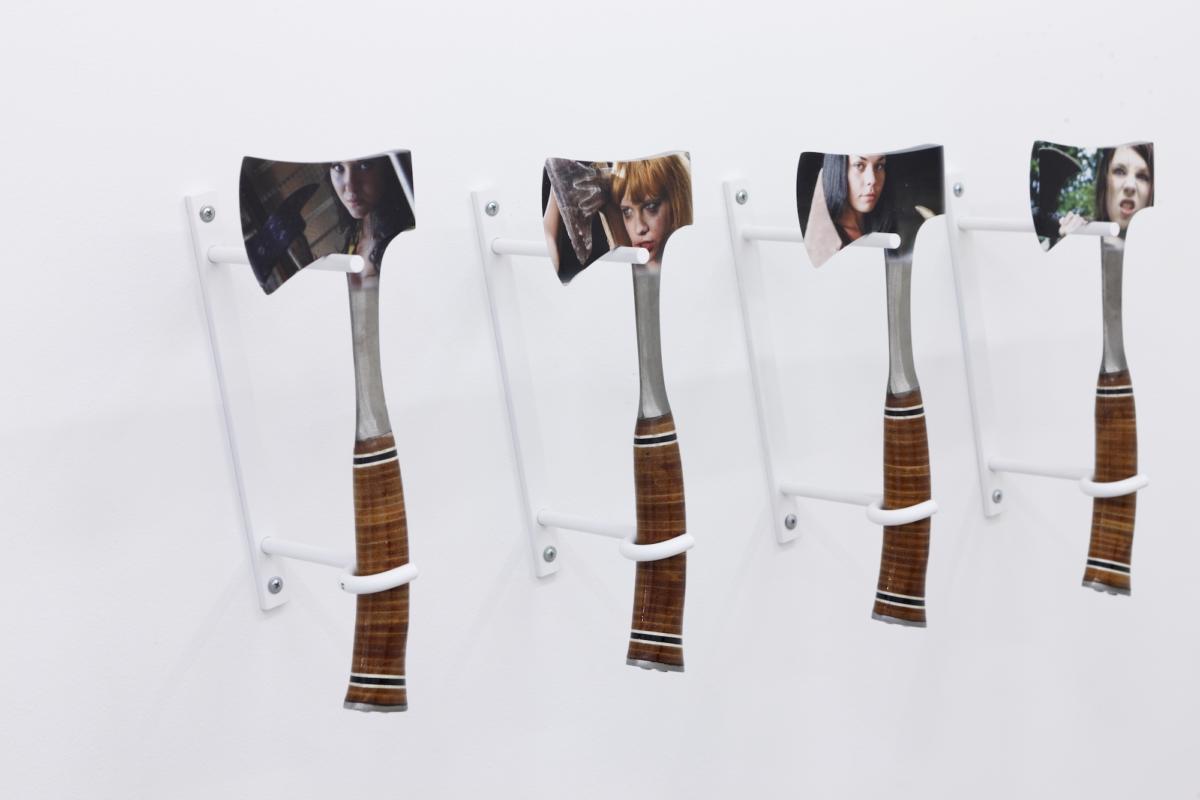 The exhibition “Orient” is a meditation on the Eastern European identity. As the unifying aspect of this unclear region, it considers the failure of its own identity. The contradictory longing for pride and patriotism, and the simultaneous shame of where we come from[1], leading to suppression, and the negation of this belonging. The embarrassment growing from the internalisation of the collapse of the surrounding context, once built upon a social and political utopia. The expectation of catching up with the western capitalist standards, for which the integration into Europe, meaning Western Europe, was so often reduced on both sides. The slipping of the Second World from the frame[2], and hence belonging neither to Europe, nor to the West, nor to “non-Western”. 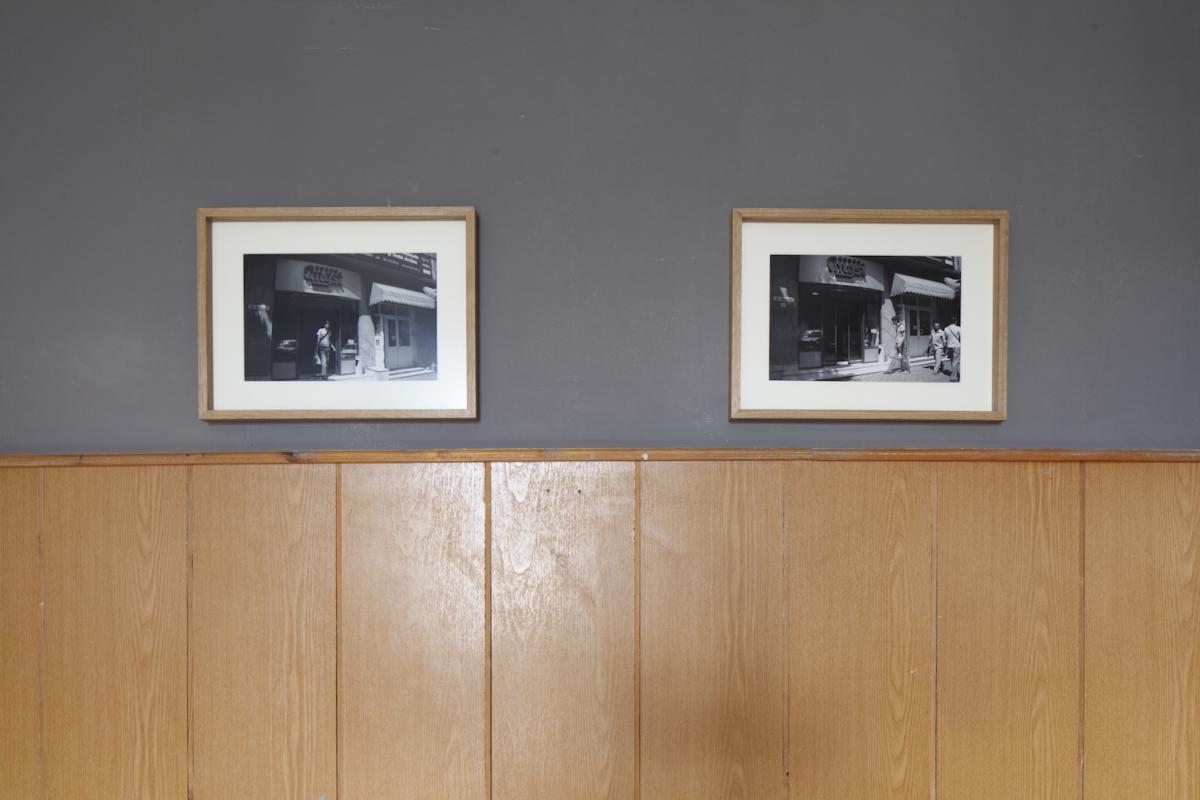 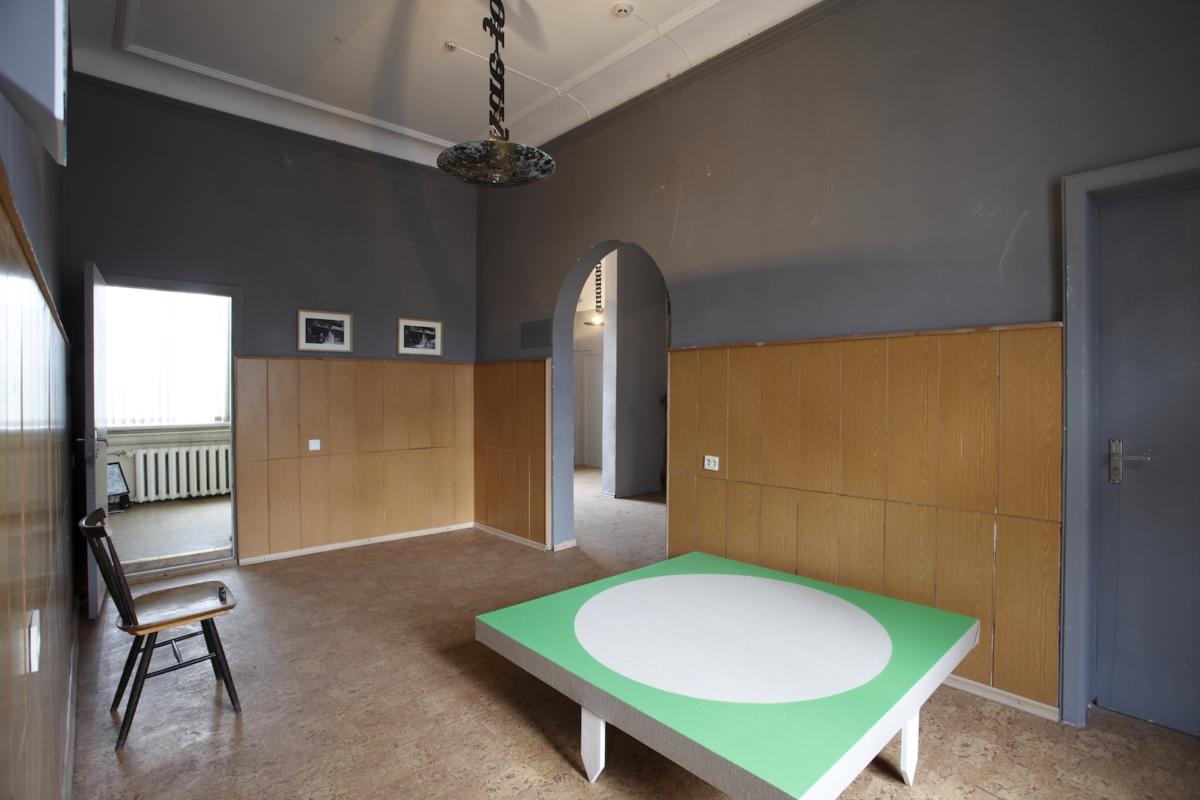 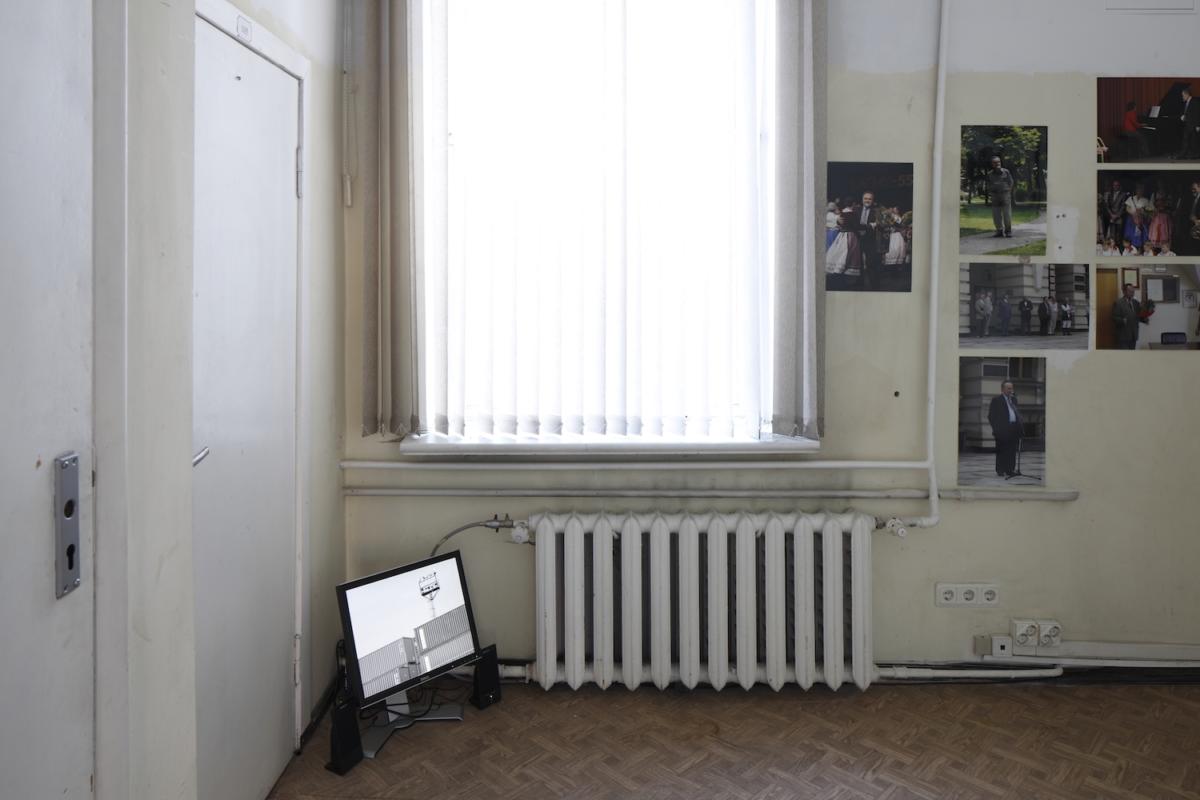 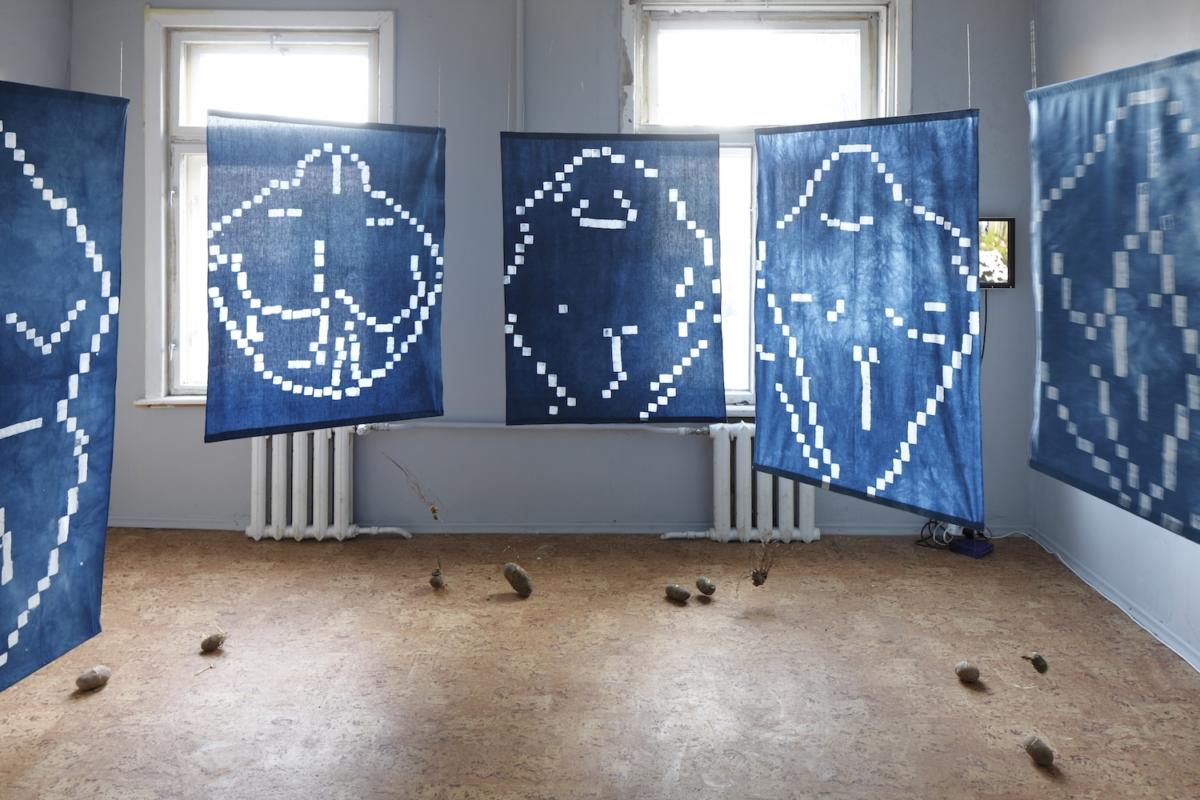 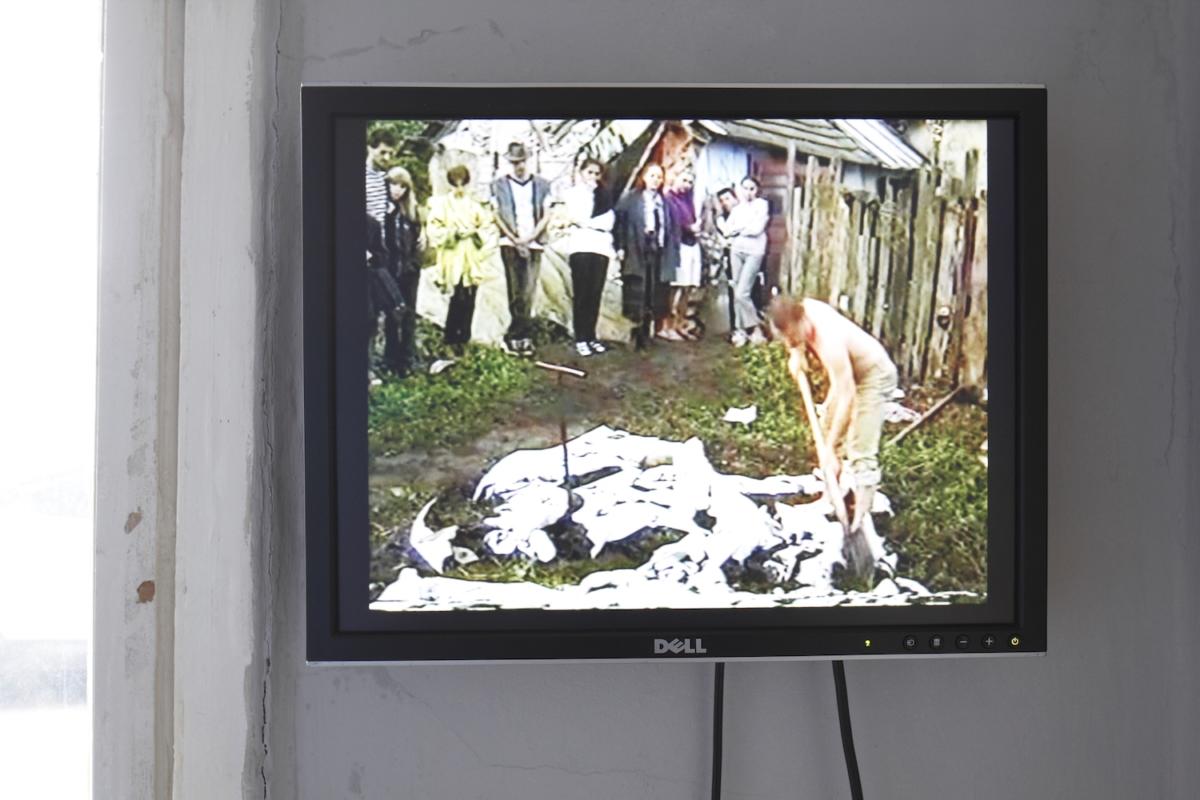 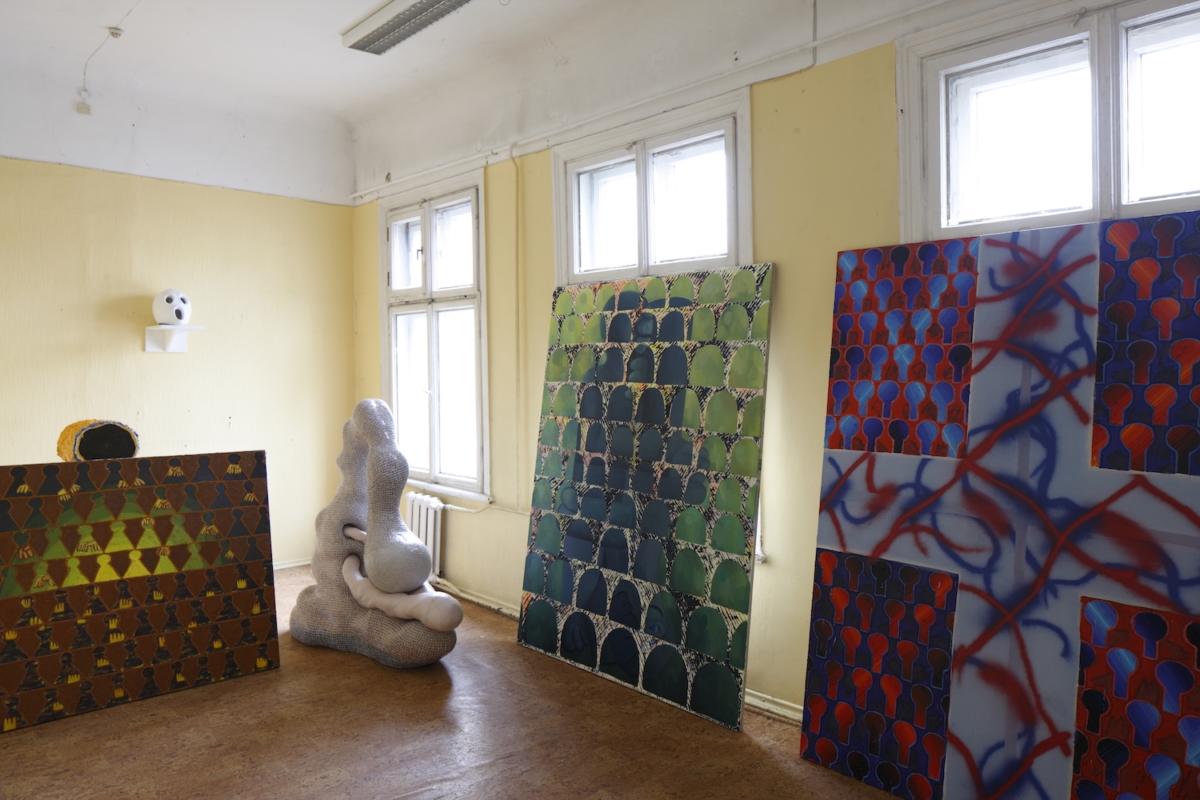 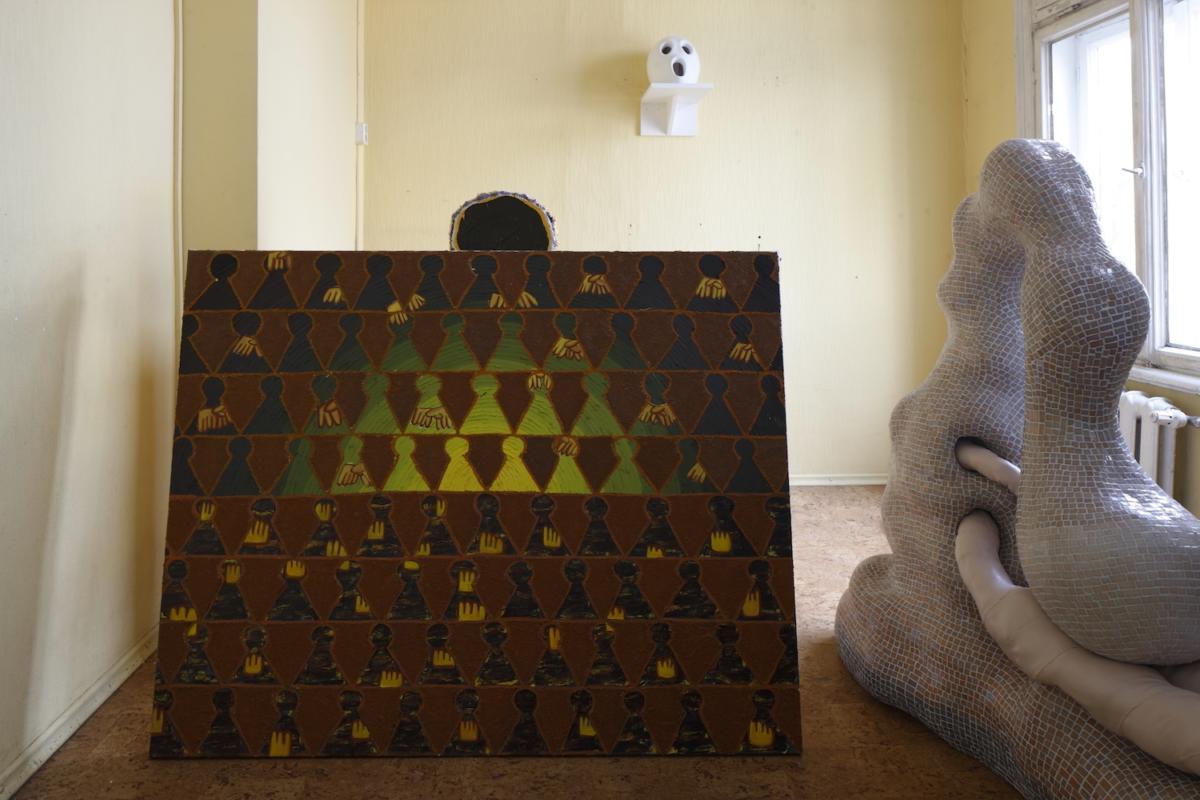 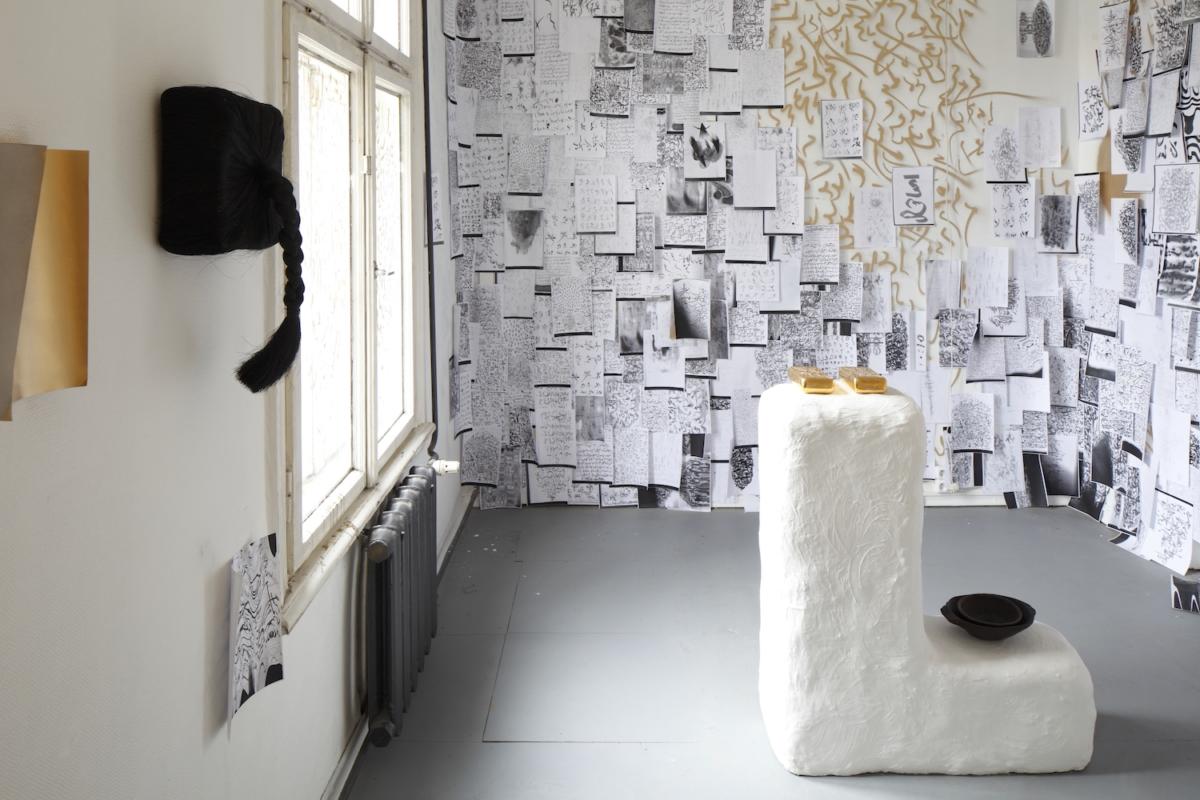 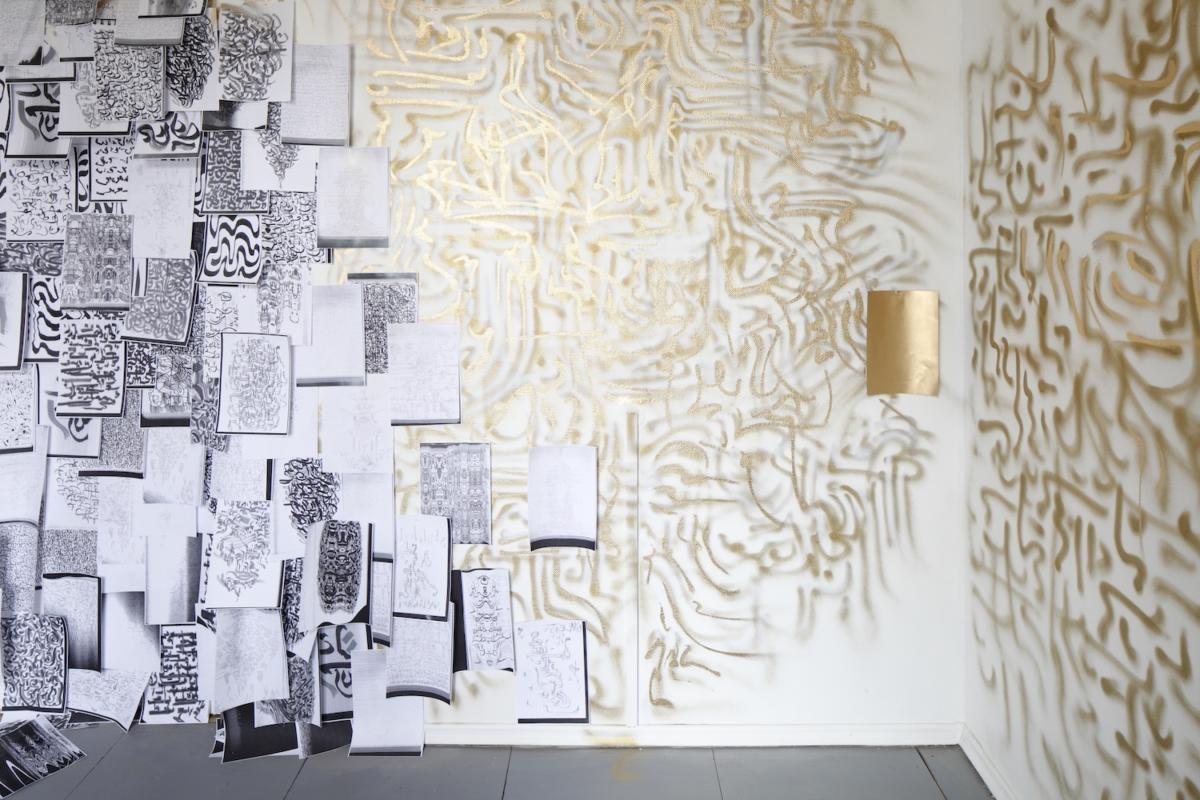 This exhibition chose the projection of an obviously problematic title[3], to constitute the self-ironic identity of the “East European (br)Other”[4]. It claims this contradictory “Oedipal relation”[5], by both refusing and craving, as key constituents of the in-between-ness of Eastern (Bloc, Central, post-communist, New etc.)[6] Europe.

Stating the suppressed inferiority complex, as a possible reason for the recent upheaval of nationalism and non democratic tendencies in Eastern Europe, it questions whether the acceptance of this failure in constituting and performing Eastern European identities, could not be turned to be its virtue.

Built on expectations, desires, stories, experiences and stereotypes, it stages a drama that takes the viewer through five genre scenes following the historical dialectics of the region’s development since the end of 1980s. A muddle of most ironic and most earnest intents for creating the new museum of (in)famous national histories. A therapeutic reenactment of our surprises, victories, traumas and humiliations. A dark satirical comedy of “The Fateful Adventures”[7] in the non-existent region after The End of History[8]. 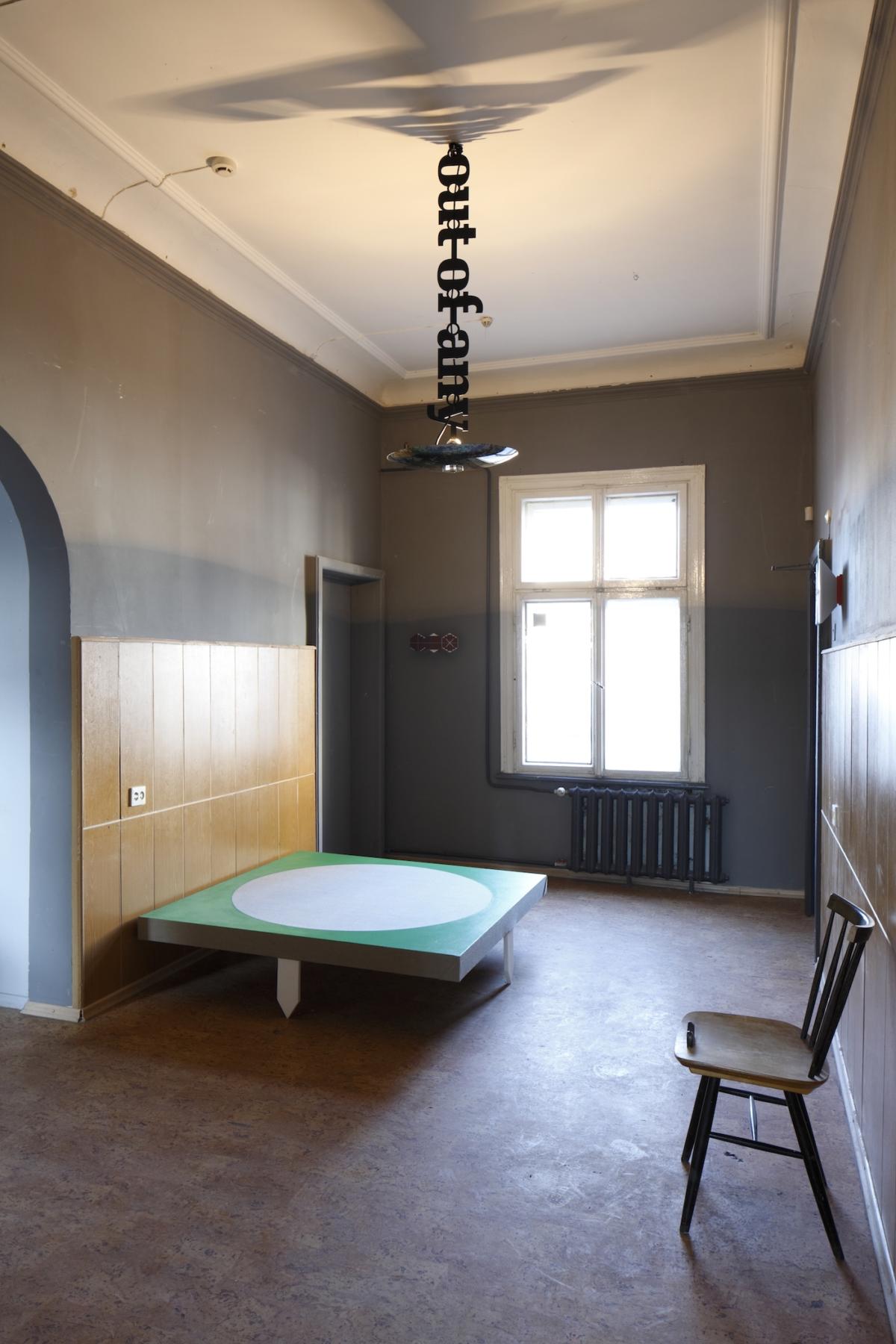 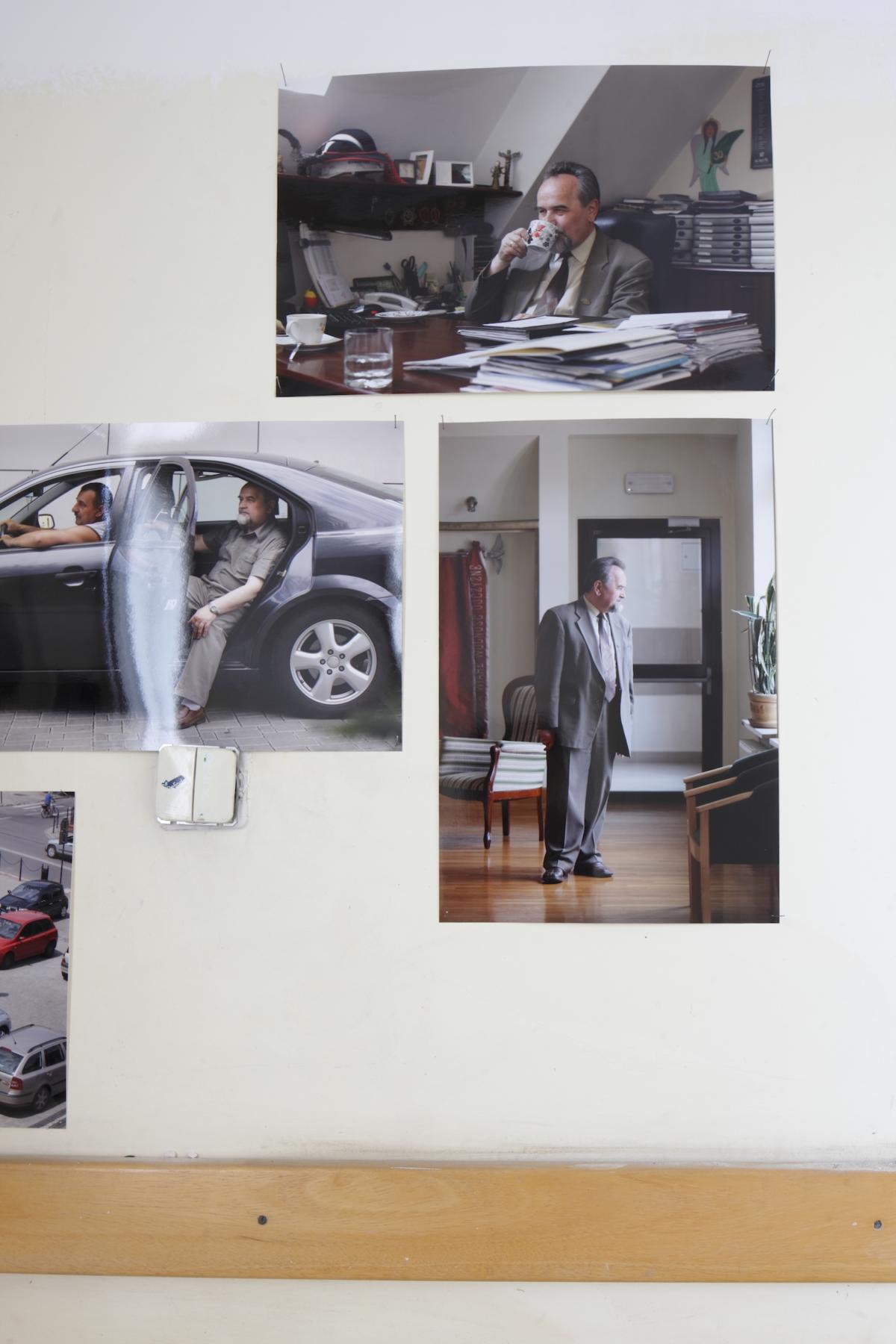 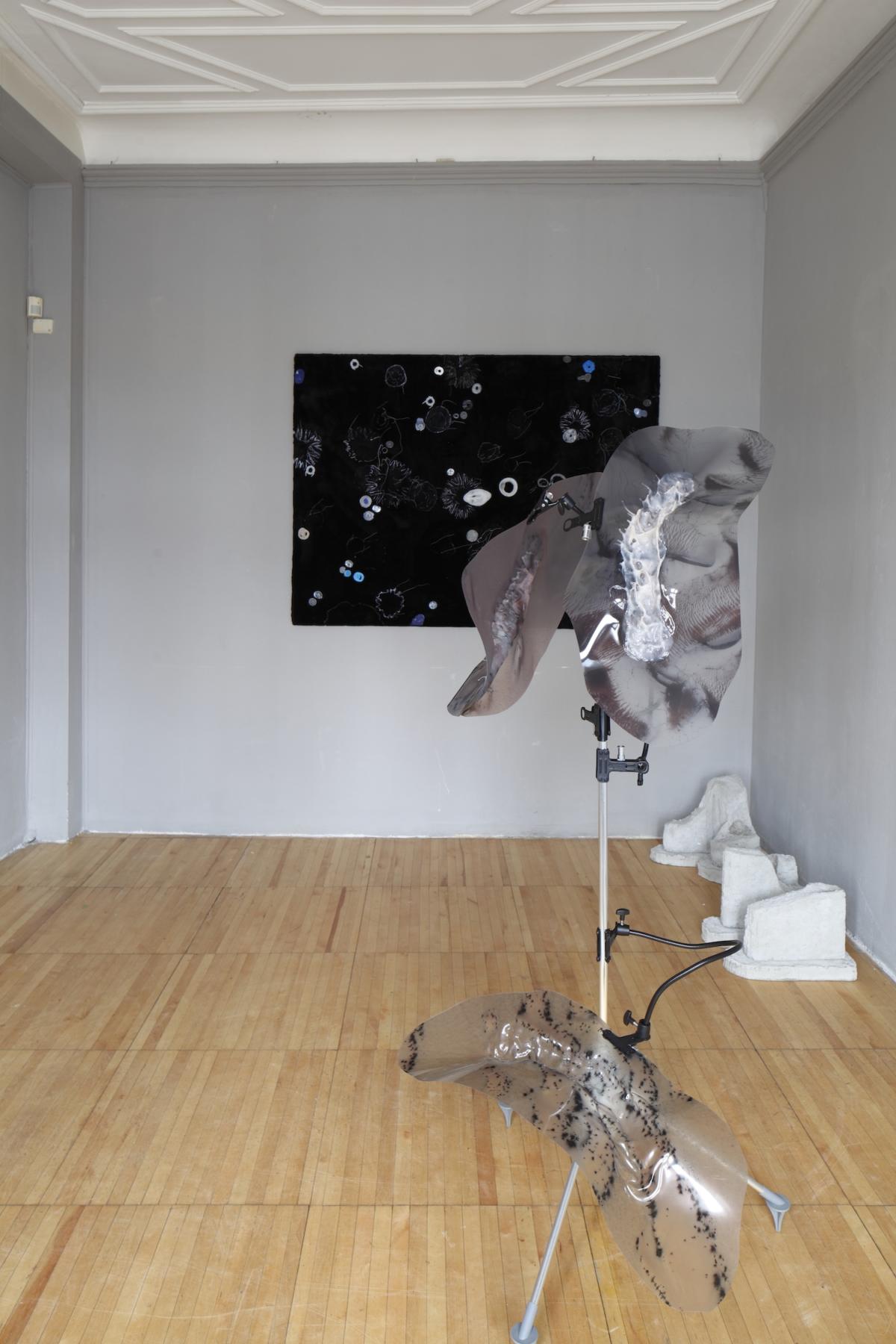 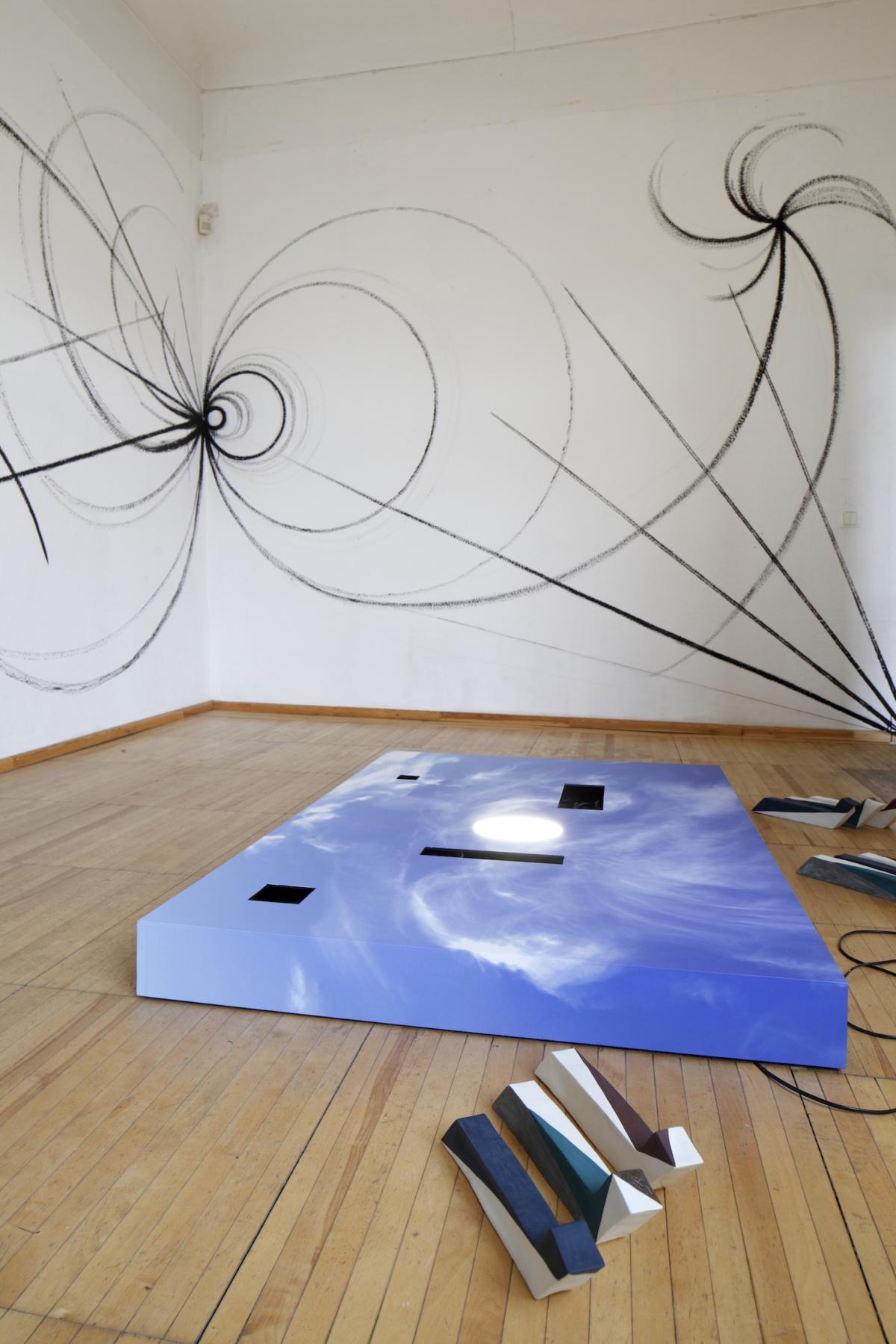 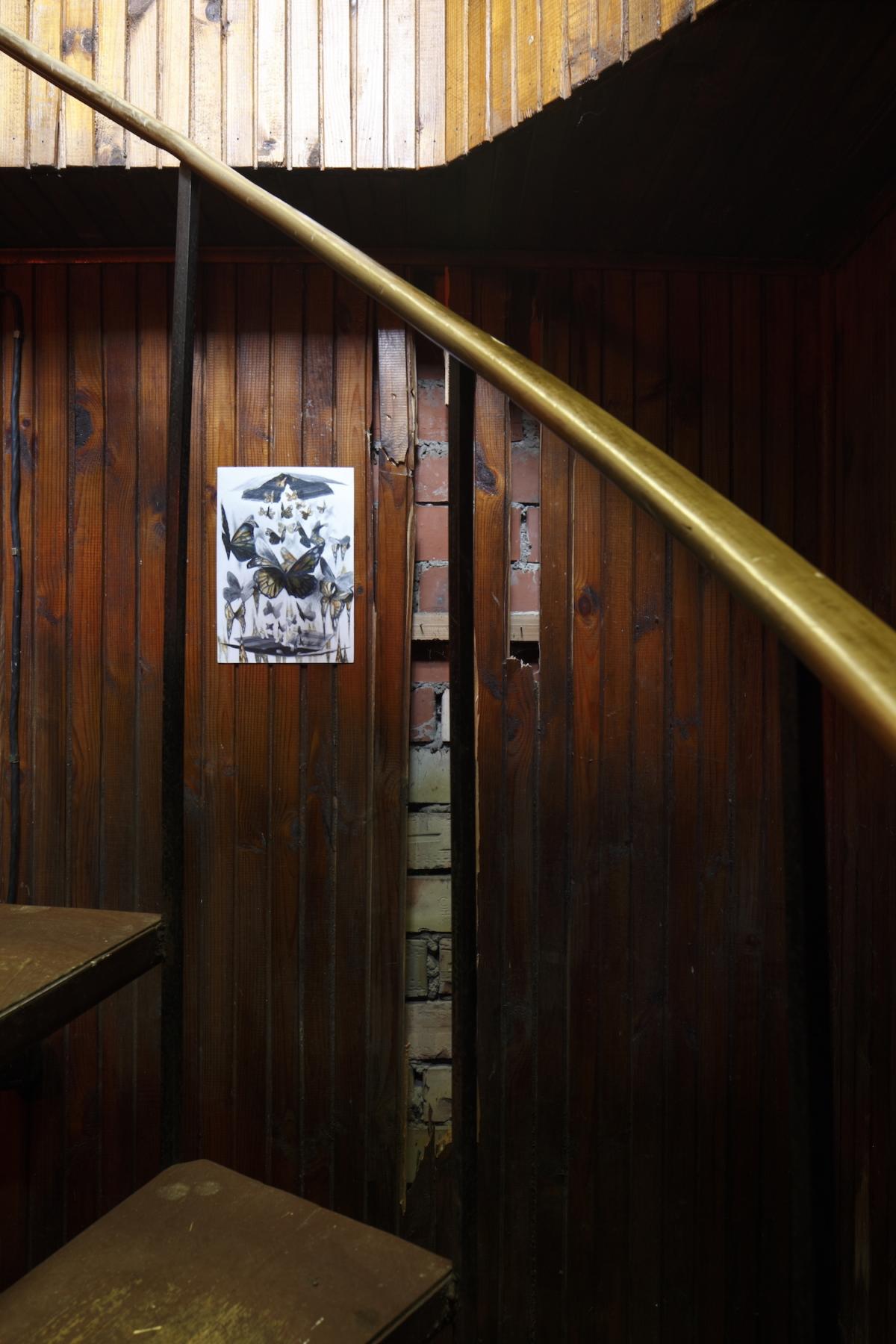 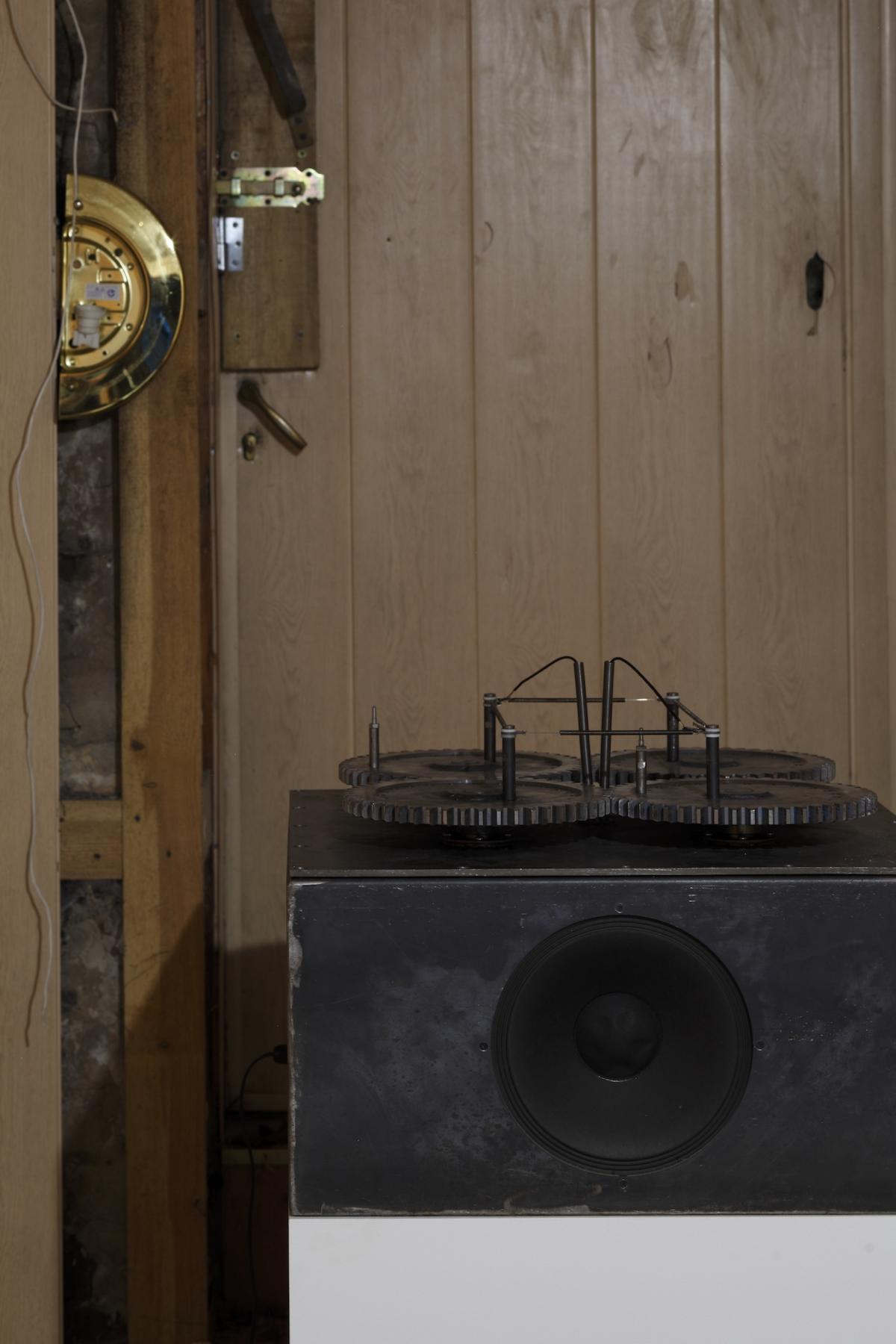 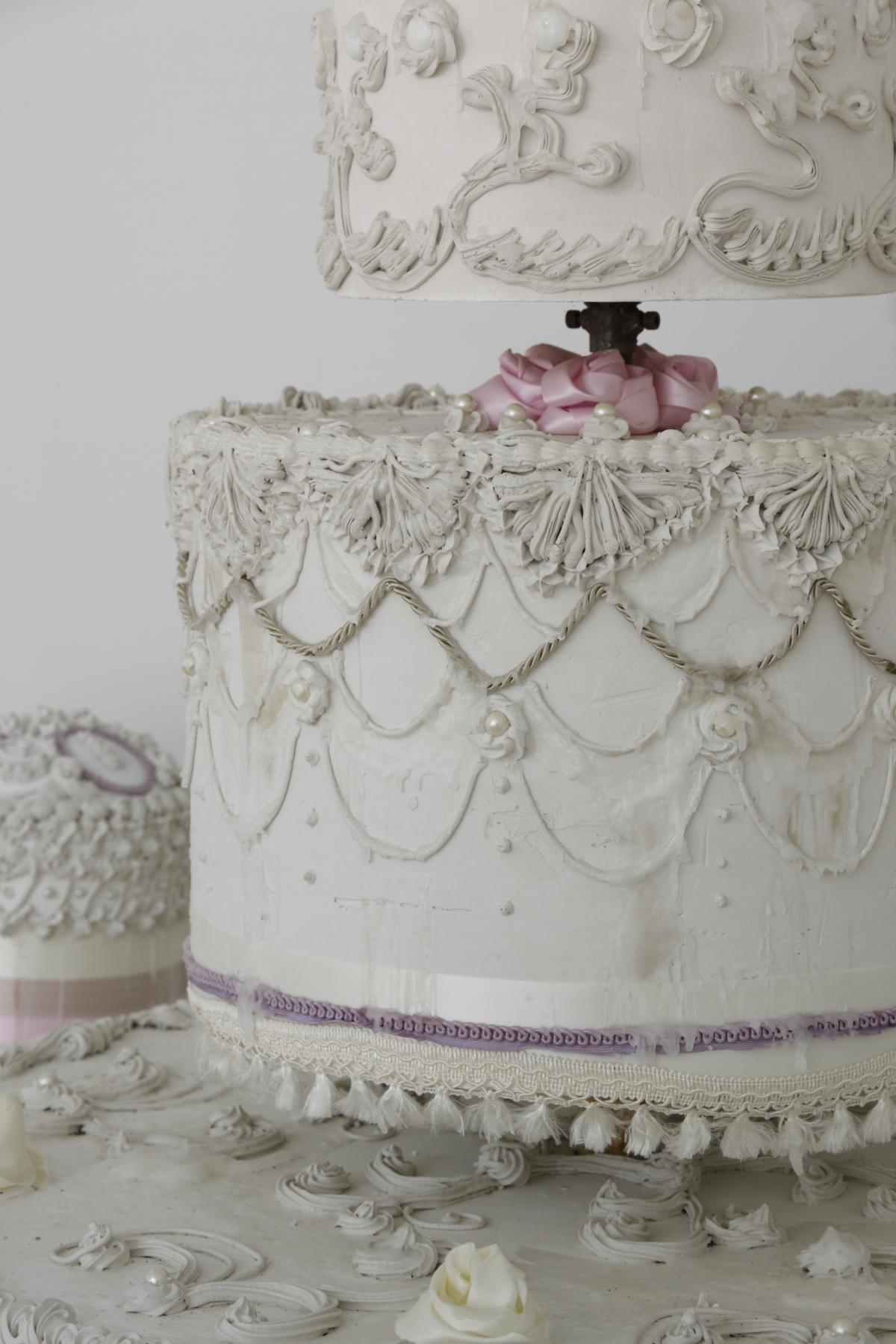 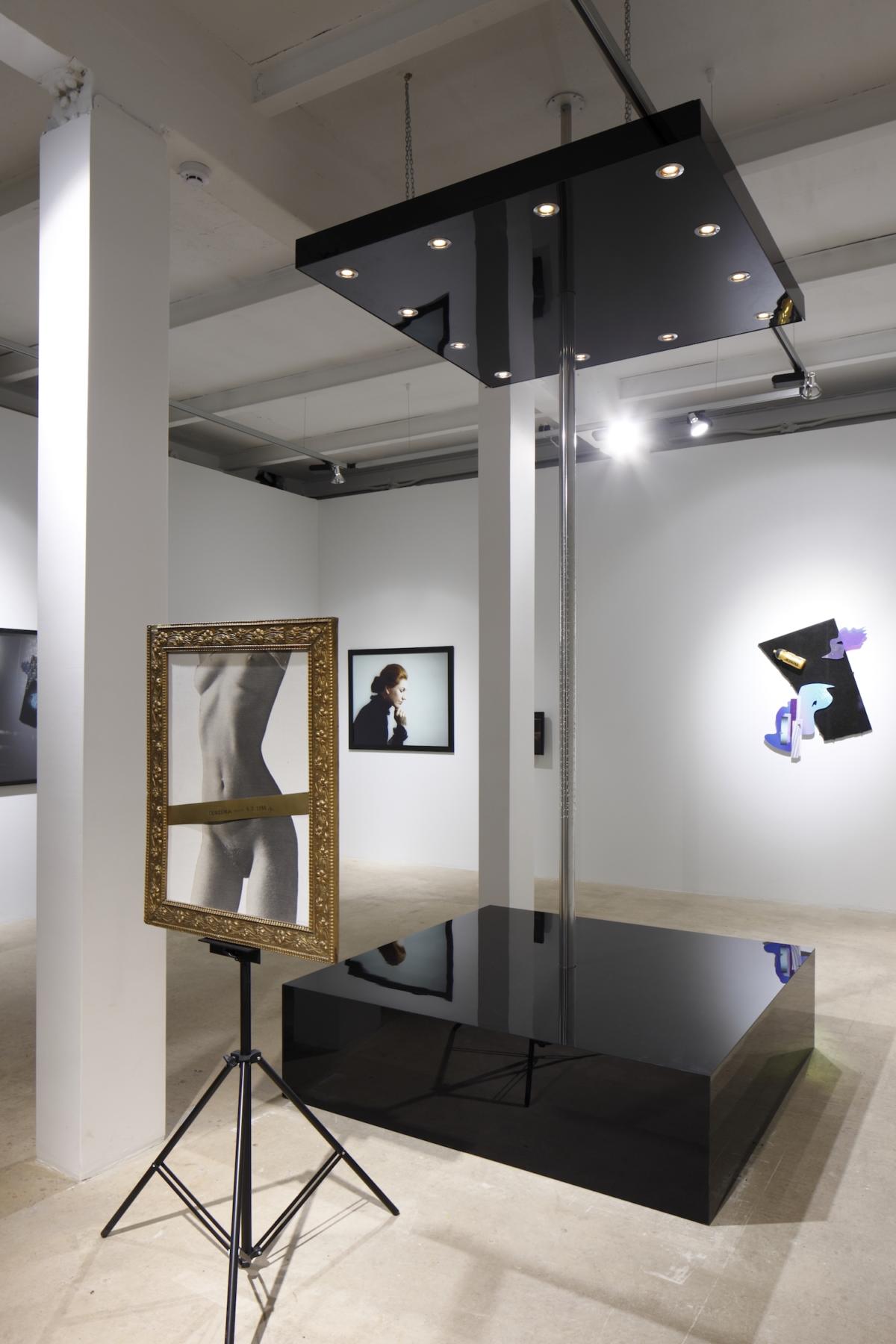 Despite the harsh irony[9], this exhibition believes it will help the “wayward children of Europe”[10] to finally grow and return to the European home once again, but also consider home as being more “celebratory” than “self-congratulatory” and more “fraternal” than “patronising”.[11]

This exhibition is not a mapping, nor a survey, but a subjective journey seen from a point in space and time, and constructed with artists chosen not according to nationality or language[12] but via a relation. It doesn’t aim for equality, but rather for inclusion. 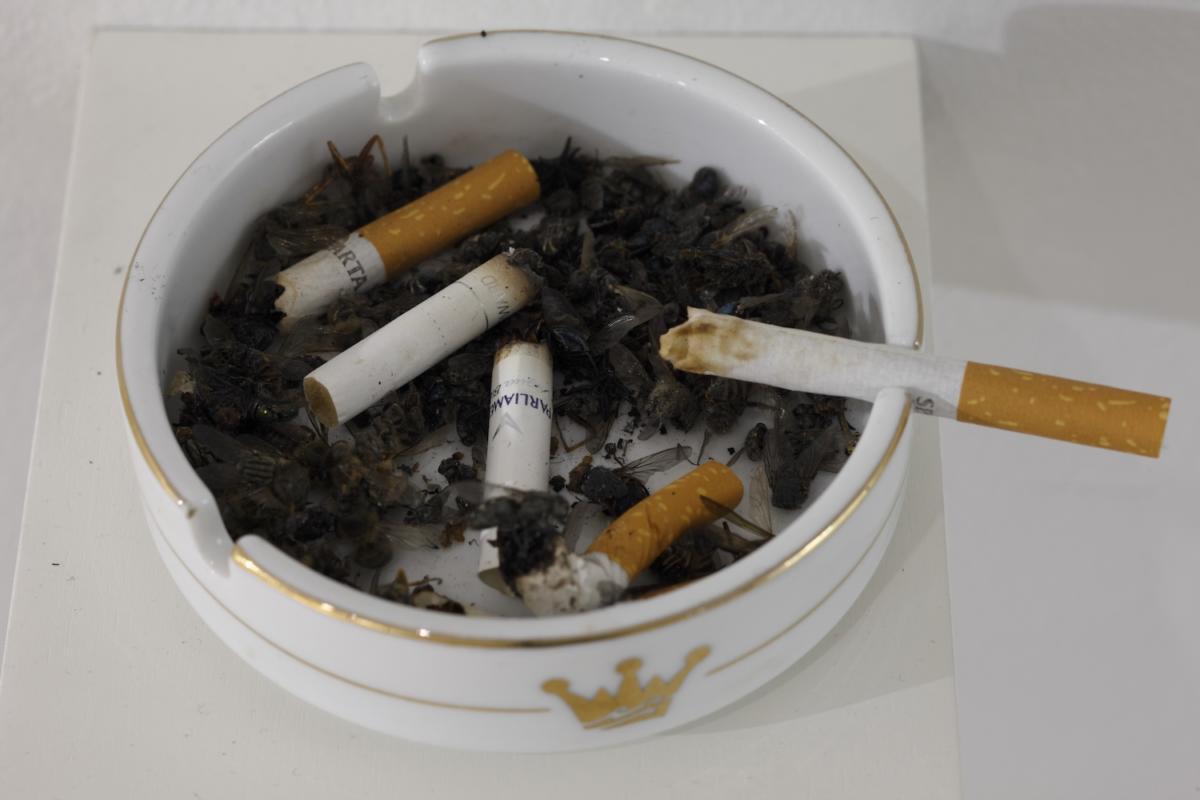 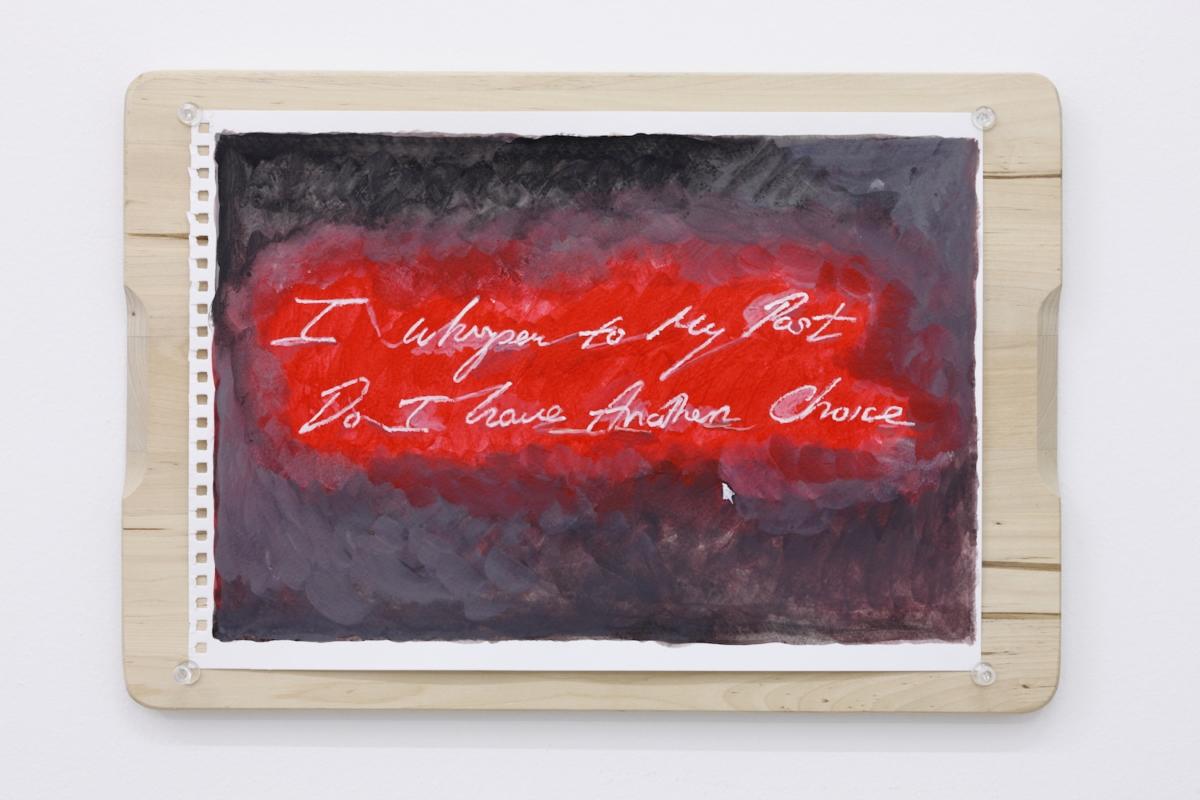 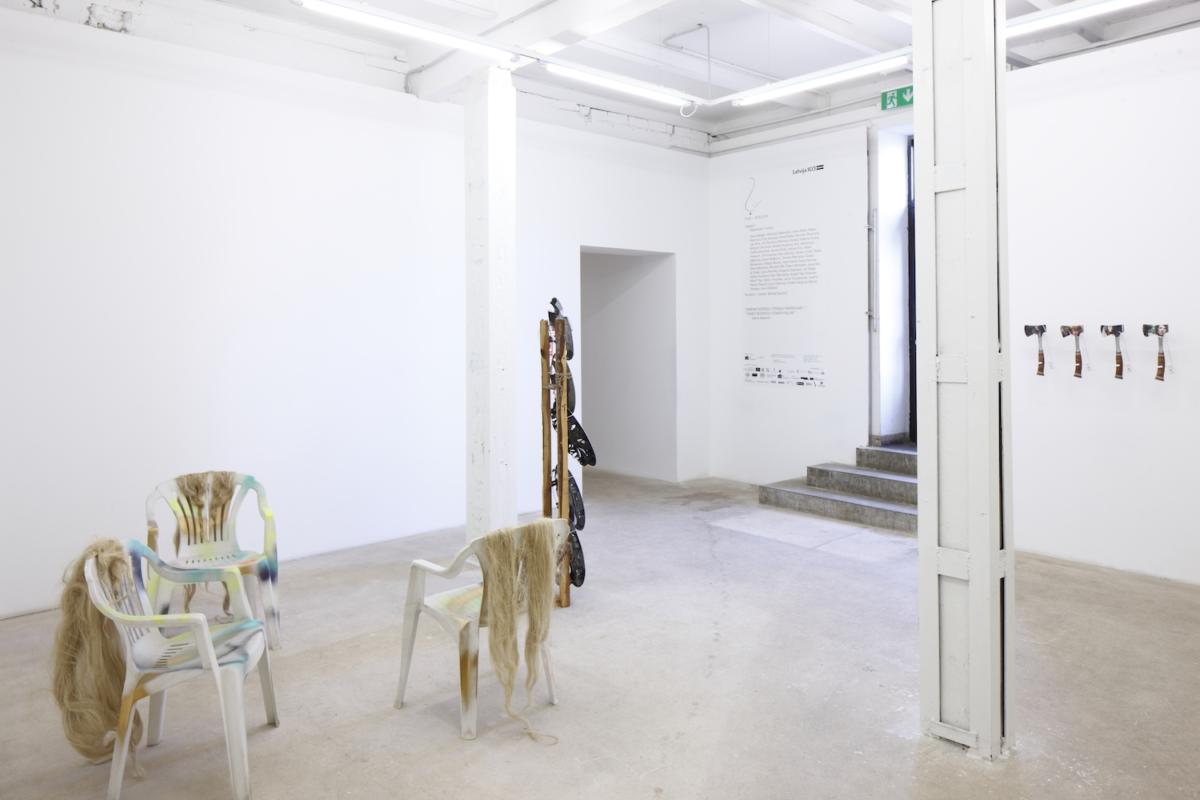 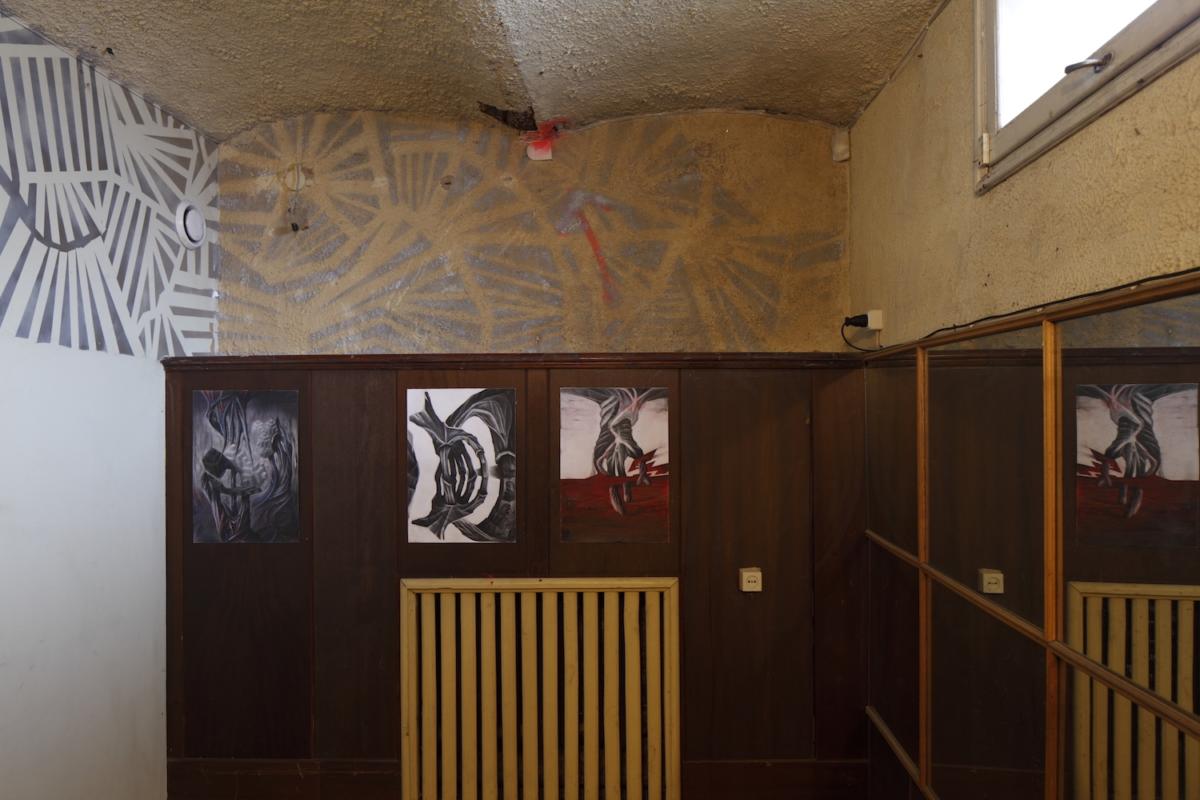 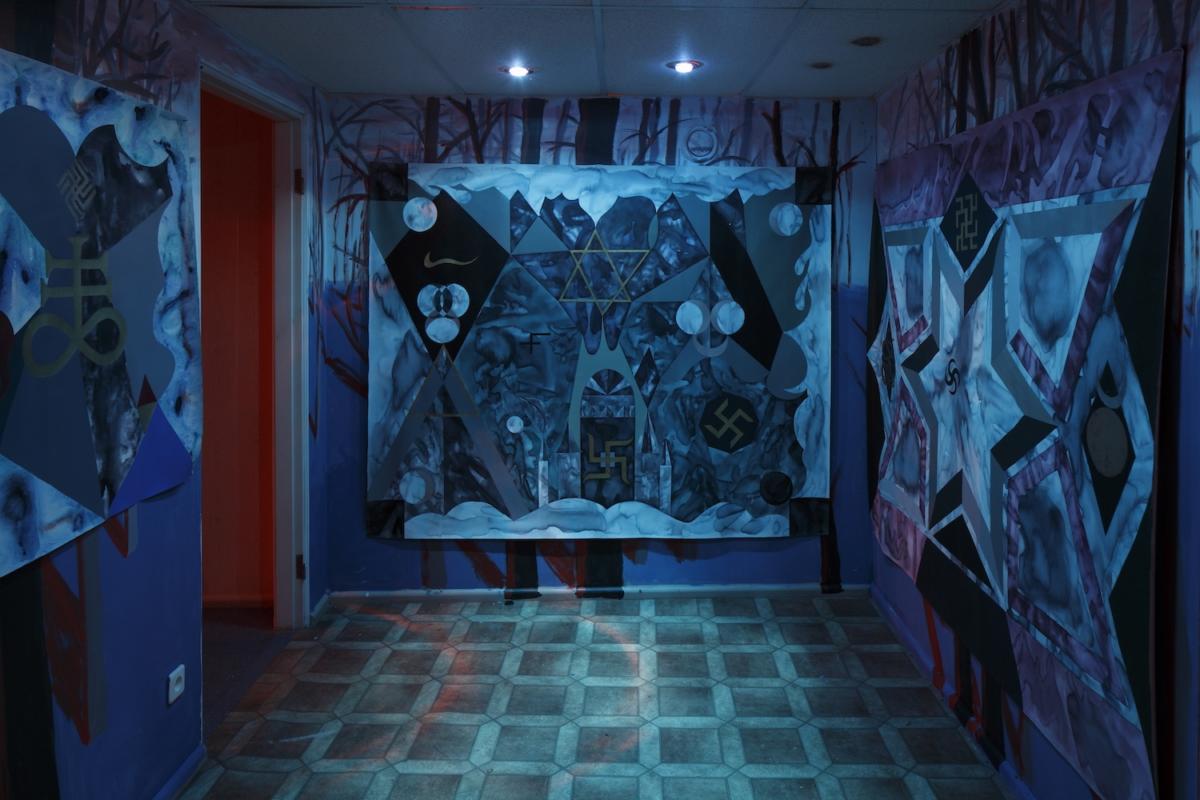 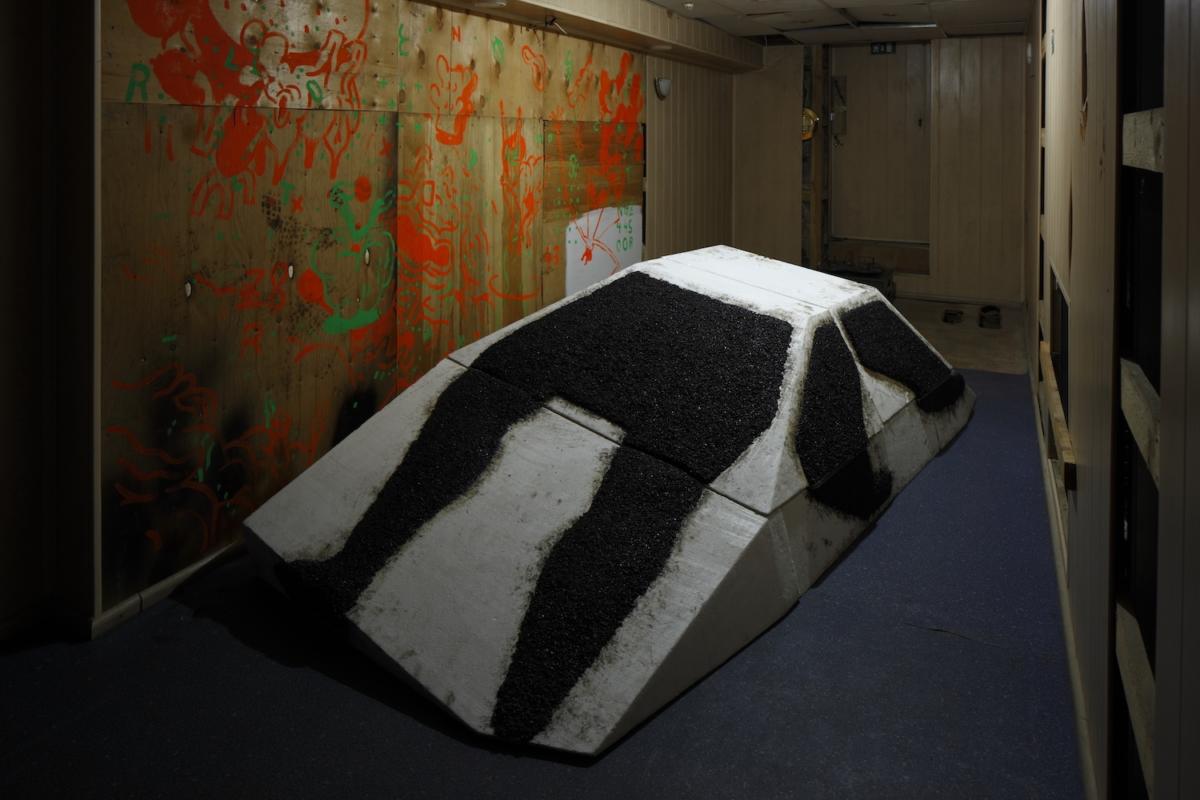 [0] In LUX: Laura McLean Ferris, New Artist Focus, Laura McLean Ferris on Deimantas Narkevičius: “The landscape of their country – a sprawl of snowy hills and ugly roads, paints a lonely picture, and suggests that there is no one to see them.”

[1] “Farewell, Poland, farewell, empty wasteland, forever covered in snow and ice (…) Barbaric people, arrogant and fickle, Braggarts, blabberers, having nothing but language, Who, day and night shut up in a heated room, Amuse themselves with a glass for every pleasure, Smore at the table and sleep on the ground.” Philippe Desportes: Adieu à la Pologne, 1574, translated from French in Philippe Desportes’s “Adieu à la Pologne” and Jan Kochanowski’s “Gallo Crocitanti” by Rory Finnin in Comparative literature studies, Vol. 44, No.4, 2007.

[2] Lucy Steeds in “How We Talk About East-European Art?” conference by tranzit.sk: “There was only one Eastern European artist included in Les Magiciens de la Terre (…) We’re now gonna shift to Havana, to consider the 3rd Art Biennale of 1989, which as you can see here, was the subject of the first of the two volumes, under the “Making Art Global” title. And I can tell you right away that no Eastern European Artists were included, but if you look at the catalogue, no Western artists, as strictly, were represented either.”

[3] Edward Said in “Orientalism”, compare to “Inventing Eastern Europe” by Larry Wolff: “As late as the eve of World War I, French scholarship still alternated between two seemingly similar terms, l’Europe orientale (Eastern Europe) and l’Orient européen (the European Orient). (…) The idea of Eastern Europe was entangled with evolving Orientalism, for while Philosophic Geography casually excluded Eastern Europe from Europe, implicitly shifting it into Asia, scientific cartography seemed to contradict such fanciful construction. (…) Such uncertainty encouraged the construction of Eastern Europe as a paradox of simultaneous inclusion and exclusion, Europe, but not Europe.”

[4] in The Third Text: Welcome to Slaka, Katarzyna Murawska-Muthesius writes that“the ideological construction of the racialised colonial Other and the ‘undeservingly white’ East European (br)Other in the dominant western discourses reveal too many points in common to be ignored.”

[5] unknowingly killing his father and marrying his mother, questions of who is who remains.

[6] Katarzyna Murawska Mathesius in “Mapping Eastern Europe: Cartography and Art History” adds many different names for this region: Marchlands, shatter zone, the belt of political change, the other Europe, New Europe, Mitteleuropa, Zwischeneuropa and many others.

[8] Francis Fukuyama: The End of History and The Last Man.

[9] “In November 1956, the director of Hungarian News Agency, shortly before his office was flattened by artillery fire, sent a telex to the entire world with a desperate message announcing that the Russian attack against Budapest had begun. The dispatch ended with these words: We are going to die for Hungary and for Europe.” Milan Kundera in “The Tragedy of Central Europe”, The New York Reviews of Books, 1984.

[10] this term that Václav Havel used in his speech to U.S: Congress on February 22nd 1990, was translated from the original Czech word “zbloudilé” meaning rather “abandoned”, “lost”, or “stray children” by the simultaneous interpreter as “wayward children.”

[11] in “Political Critique: Eastern Europe according to British media”: More likely to go to Italy for cappuccinos than join the ethnic fighting in Kosovo, Anna Azarova further writes” “Eastern Europe’s main attraction is, of course, that it’s cheap. (…) “knock-down prices, […] lured by dirt-cheap flights,” “cheap beer and even cheaper women,” (…) The inhabitants of these cheap countries who lived the painful past and its consequences were similarly hardly mentioned – except in the context of describing their excitement at the sight of westerners’ purcha$ing power; or as wild, undesirable side-effects.””

[12] “Well, dearest friend, dearest Hikkitihoki, that is your name as you must know. We all invented names for ourselves on the journey. They are: I am Punkitititi. My wife is Schabla Pumfa. Hofer is Rozkapumpa. Adler is Notschopikitischibi. My servant Joseph is Sagadarata. My dog Goukeri is Schomanski. Madam Quallenberg is Runzifunzi. Mlle. Krox is Rumborimuri. Freistaetler is Gaulimauli. Be so kind as to tell him his name.” these lines to Gottfried von Jacquin, from January 1787, were written by German speaking Mozart after his journey from Vienna to Prague through Czech speaking lands of “Bohemia.”

[EN/PL] ‘Tooth to Tooth’ by Irmina Staś at Foksal Gallery