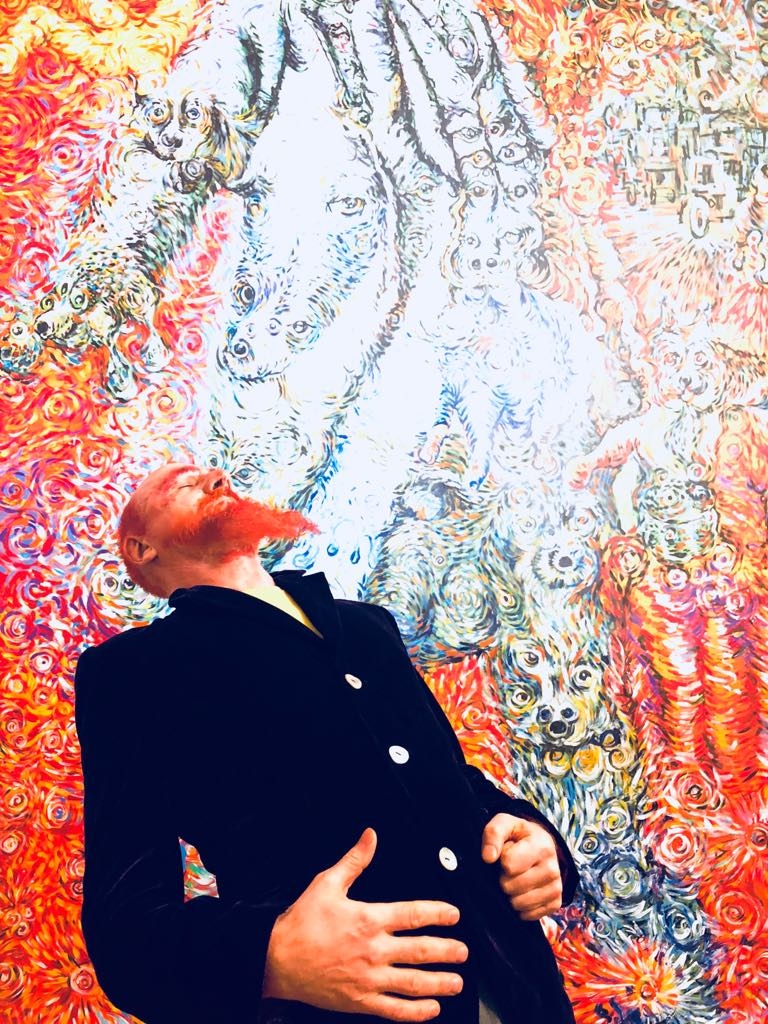 The Moscow artist Oleg Kulik became notorious in the world performance art for his disruption of the 1996 Stockholm exhibition “Interpol.” As a naked man-dog, he bit the calves of the opening night’s guests in a gesture commenting on the impossibility of real dialogue between Swedish and post-Soviet artists. The Swedish curator, Jan Aman, responded to the “stunt” by kicking Kulik and calling the police. The case never went to court. Kulik’s action acquired renewed fame thanks to the Golden Palm award-winning film “The Square” directed by Ruben Östlund.

For the 7 and ½ International Meeting of Performers “Mish Mash” curated by Arti Grabowski, Oleg Kulik prepared the performance work titled “For Paweł.” It is important to note that the artist was earlier invited to the 7th International Meetings of Performers “Dada dance”, canceled in the aftermath of the murder of Gdańsk’ mayor, Paweł Adamowicz, which occurred during a charity drive for Wielka Orkiestra Świątecznej Pomocy. Adamowicz was known for his progressive leadership of the city and he died at the hands of a madman, who struck out after having internalized the conservative-liberal conflict perpetually dividing the Polish political scene since the 19th century.

Prepared for that year’s edition of the festival, the unrealized performance of “Lenin in Poland” was based on Kulik acting as Lenin’s mummified body taking a last journey in a glass coffin on behalf of the revolution’s leader. Lying in his Red Square Mausoleum in the center of Moscow, the dead-yet-not-dead Lenin, whose skin under the care of embalmers rejuvenates instead of aging, was finally to be entombed bringing an ending to the emanation of his imperial ideas.

The artist wrote: “The Lenin Mausoleum is the greatest work of the International Avant-garde! Like the Duchamp urinal, the Mausoleum fits into the context of the ‘social sculpture’ as a still inaccessible and incomprehensible phenomenon of art and author as the whole”.

The artist wrote: “The Lenin Mausoleum is the greatest work of the International Avant-garde! Like the Duchamp urinal, the Mausoleum fits into the context of the ‘social sculpture’ as a still inaccessible and incomprehensible phenomenon of art and author as the whole”.

Kulik`s Lenin resembles the hero of “Joker” by Todd Phillips – a crazy comedian transforming into a psychopathic killer. 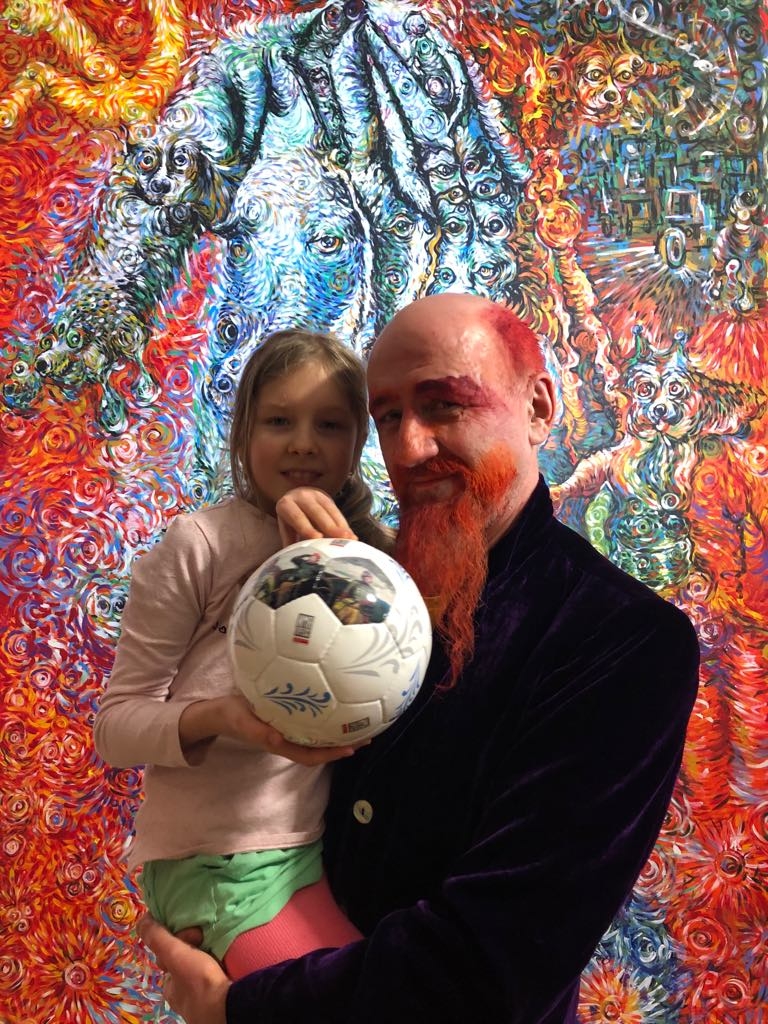 Kulik had feared coming to Poland last year sensing his own death. He was turned back from the airport by the news of the murder of Adamowicz. The earth rejected Lenin’s body; he escaped burial for the time being. 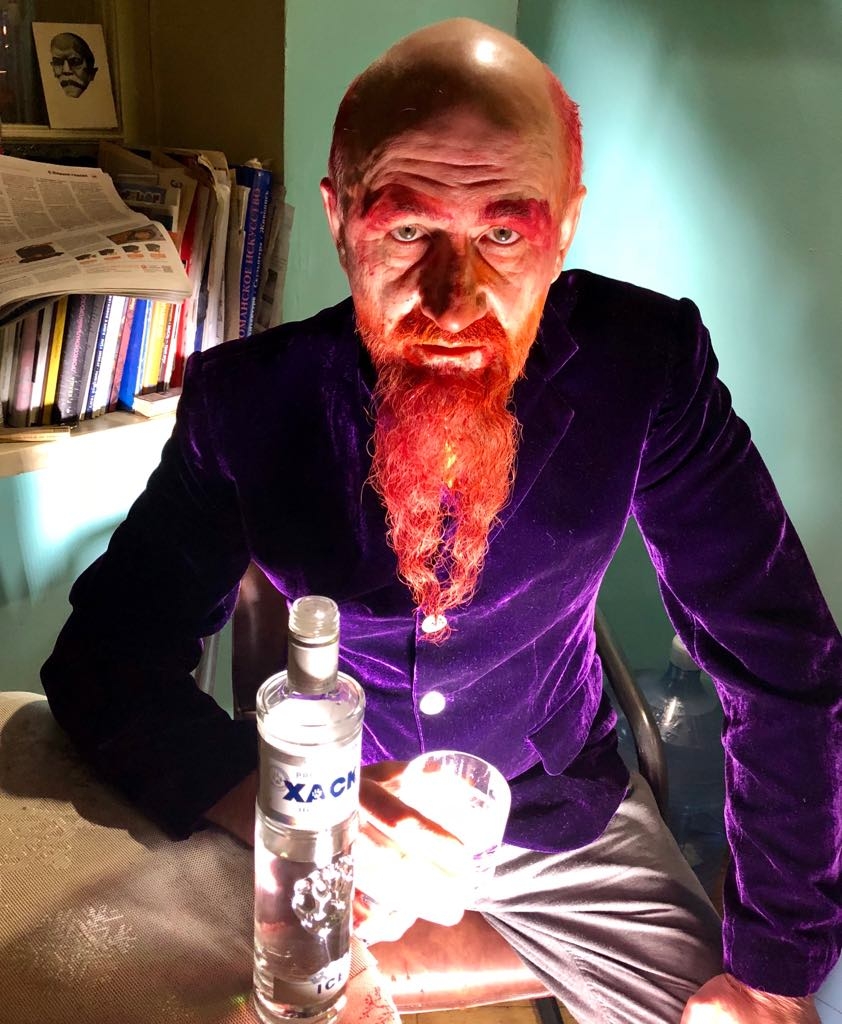 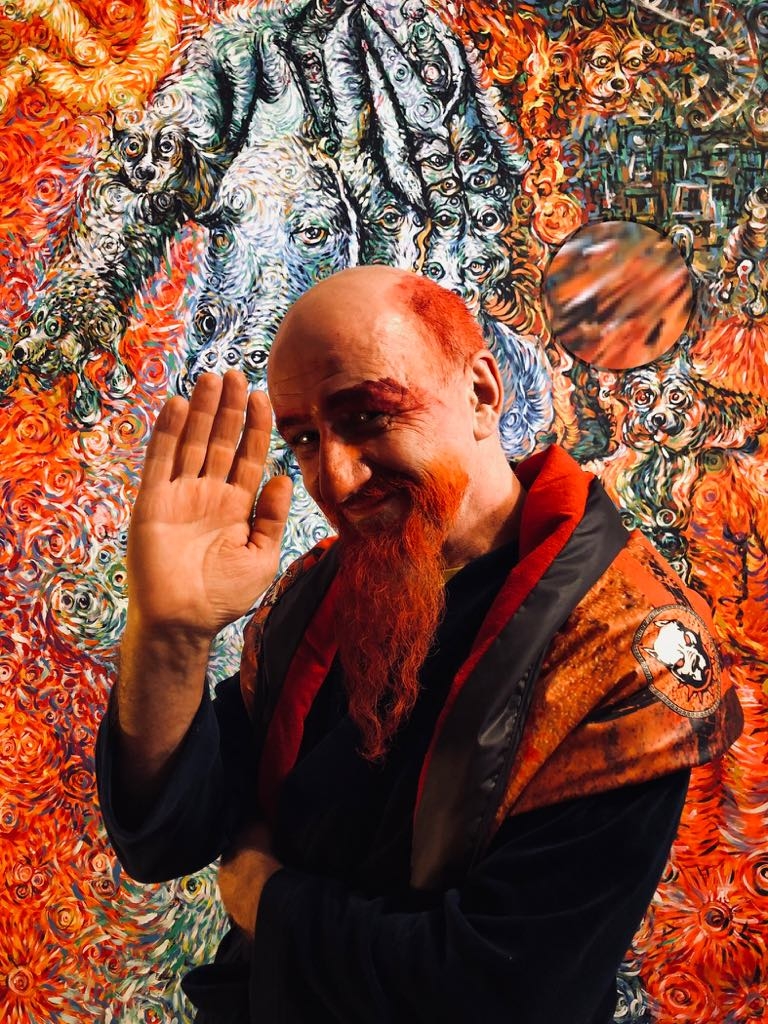 A year later, in an hour-long performance at the Państwowa Galeria Sztuki in Sopot, Kulik painted the figure of Stańczyk after the canvas by Jan Matejko – a 19th century Polish national painter of monumental historical scenes. Stańczyk is a picture from the pantheon of Polish patriotic canon. A famous historical figure, he lived at the turn of the 17th and 18th centuries and served as a court jester under four Polish kings with wit and wisdom. In the portrait by Matejko, he is the only one among the amused courtiers to understand the seriousness of the situation in which Poland found herself after losing Smolensk. His arms crossed in his lap symbolize “disapproval of those in power.” Matejko had given Stańczyk his own features, Kulik, instead, gave him the face of Paweł Adamowicz. It should be emphasized that according to Kulik, artists play the main role in society, continuously reviving its value systems.  The linkage of tricksters: Kulik – Lenin – Joker – Kulik – Matejko – Stańczyk – Adamowicz comes completely unexpected. Victor Misiano wrote about artists from Russia that they face “universal ontological and existential problems.” The skill of Oleg Kulik is to hit the sensitive point of the system, which thus reveals its nature – often brutal in disciplining the rebellious. The artist probes democracy not by repeating its declarative values, but by proposing a difficult situation. The stranger speaks about “our Polish affairs”. After all, the limits of freedom clearly dictate that you can only say what does not raise doubts and does not violate the status quo. As Anna Lejtkowska, deputy director of PGS, said, perhaps every Polish trauma mustn’t necessarily beget a monument. And I think that monuments have something to do with mummies.

Soon, in Block you will find an interview with Oleg Kulik about what he is living with now, where his performances comes from and how he sees East-West relations today. We thank Artie Grabowski, Anna Lejtkowska, Przemysław Chodani and Zbigniew Buski for their invitation and hospitality.

Translated from Polish by Eva Sobolevski