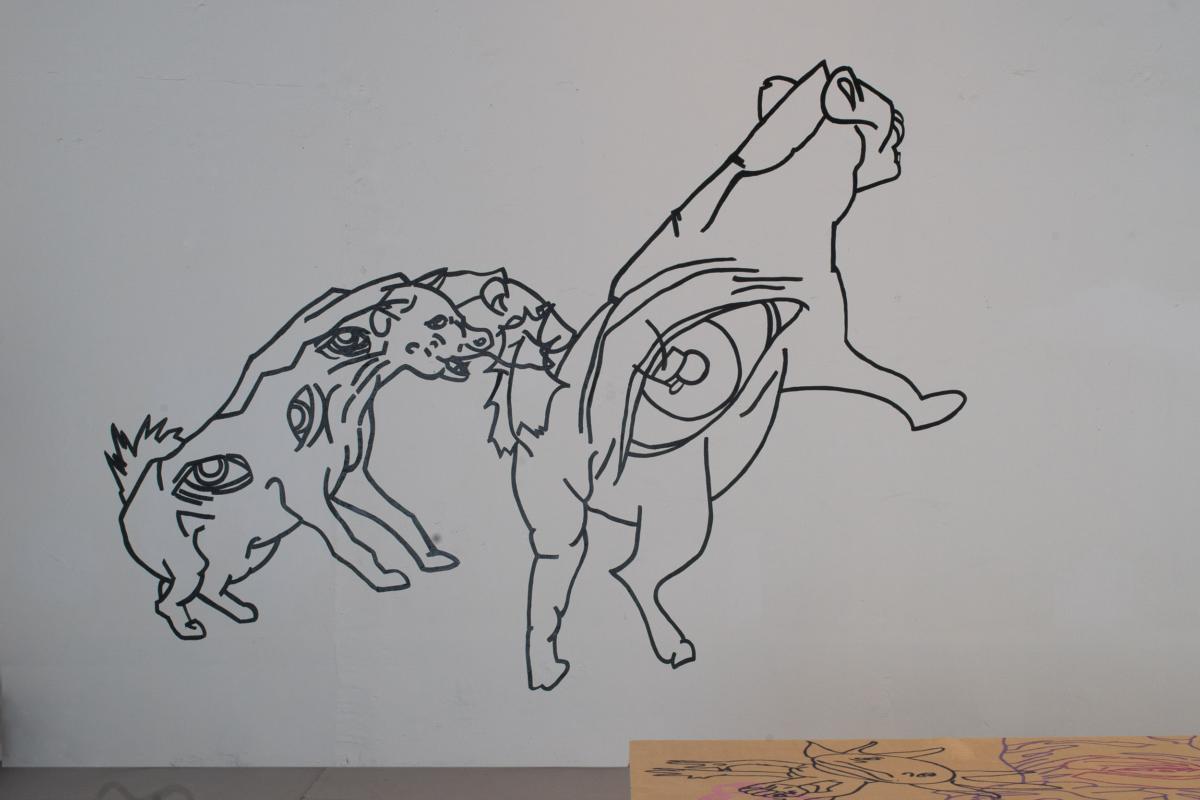 Already during her studies, Lukáčová (often in collaboration with the artist Jakub Roček) approached the topic of an ensuing apocalypse brought about by today’s burning crises: the geopolitical situation, hyper-capitalism, ecological threats, or the rule of the macho “stronger sex”.  Her videos, which she often links to comic book drawings and 3D animations, usually operate within scenes of dystopian worlds, resembling post-surrealist visual collages. 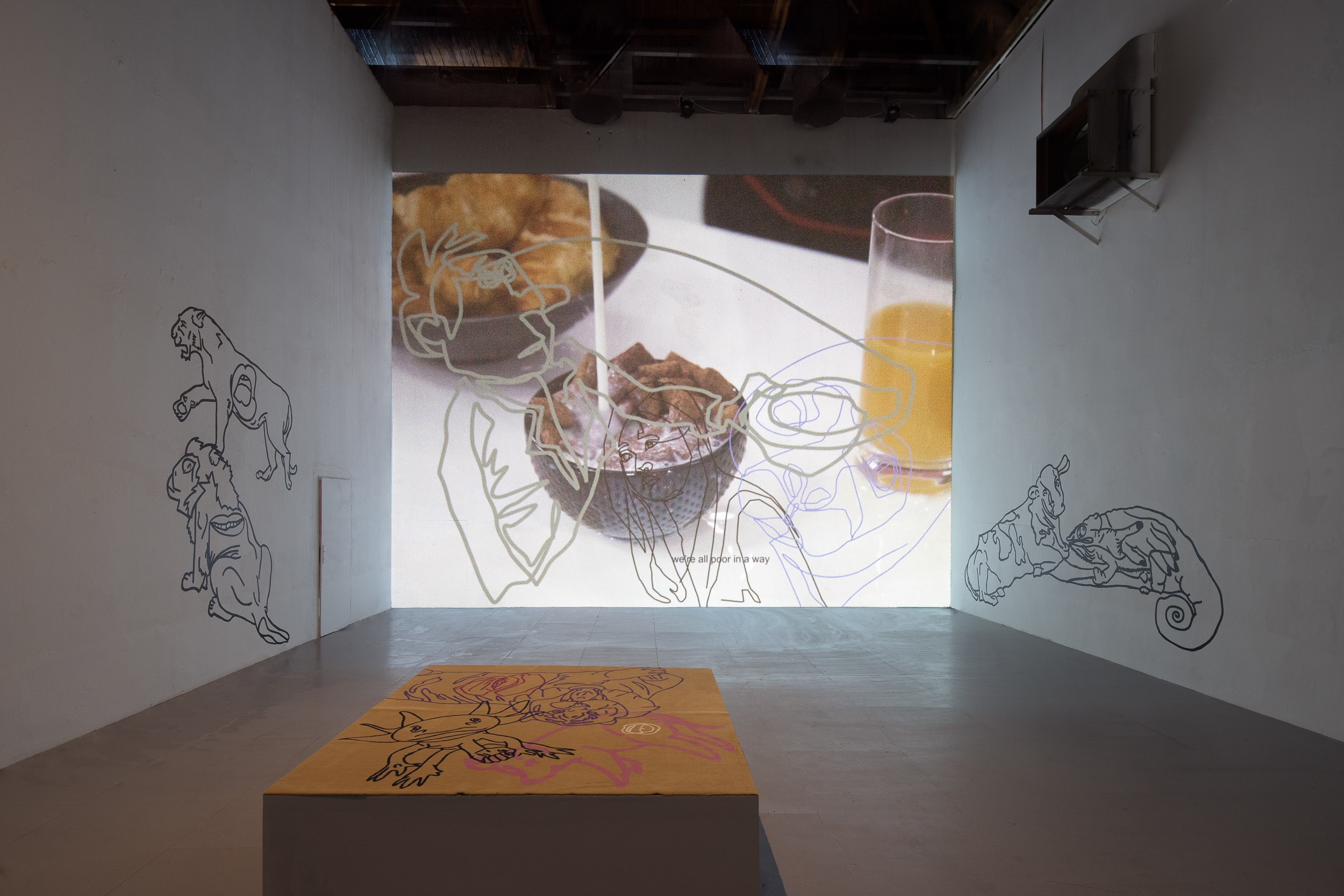 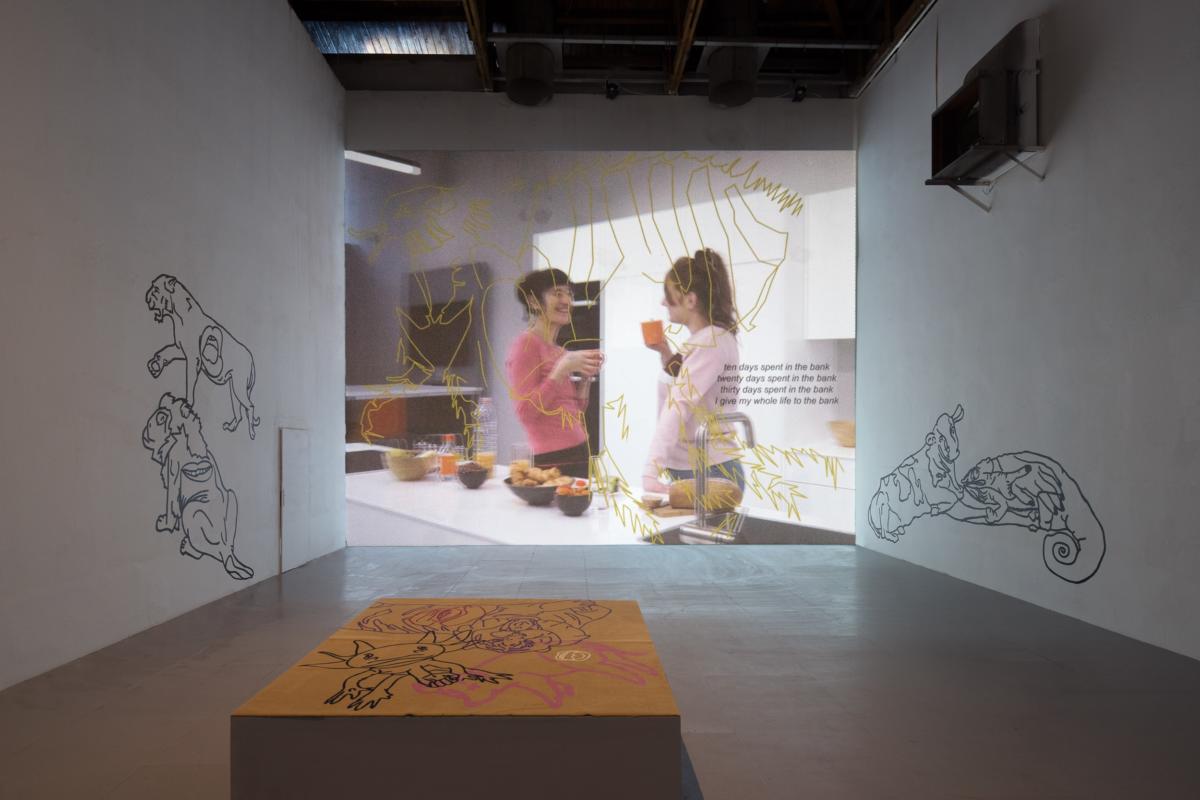 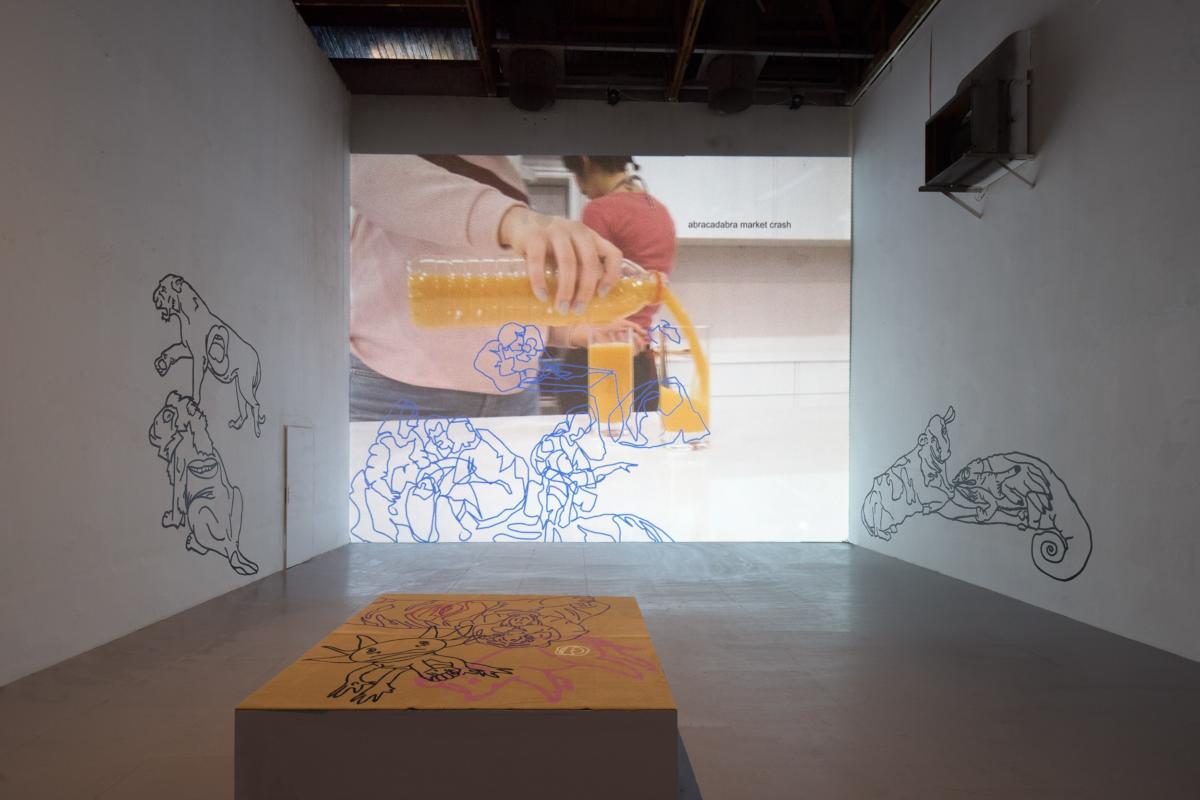 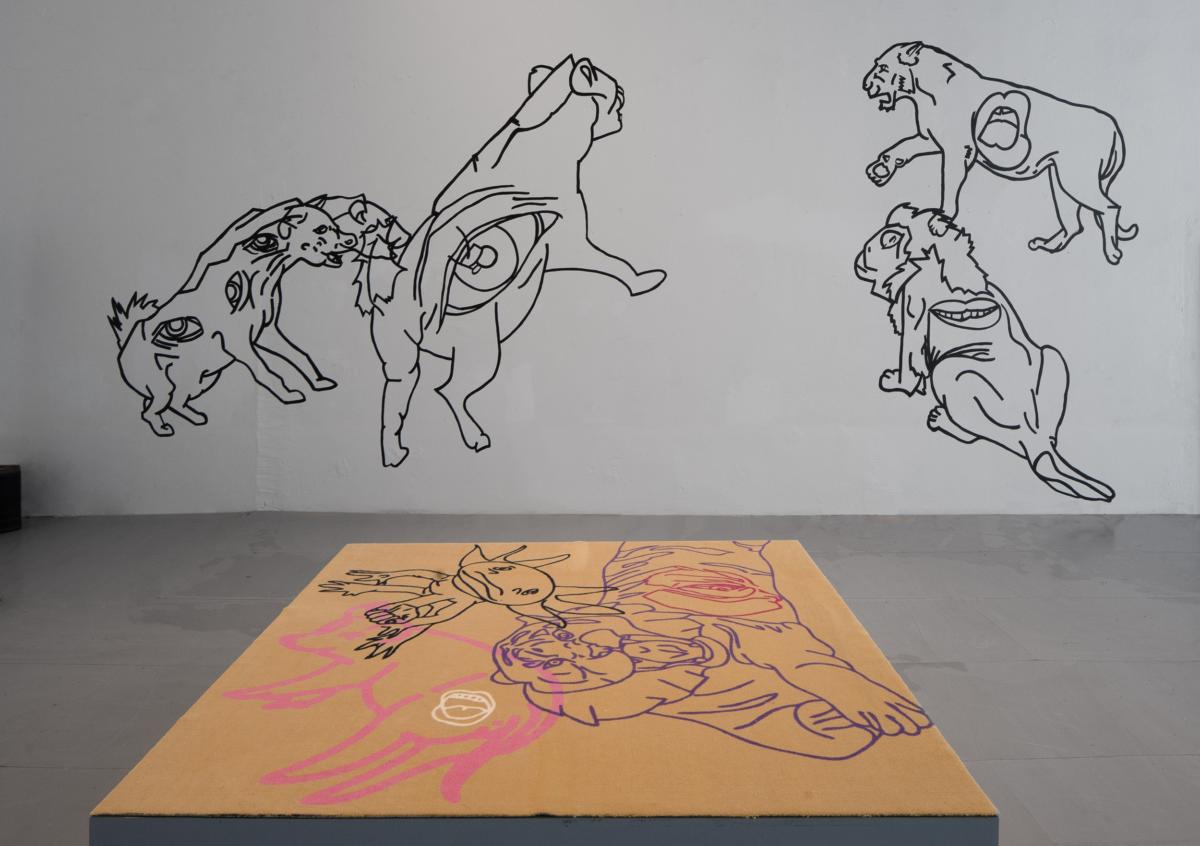 Marie Lukáčová sees the faults in the system, and they won’t let her sleep. She adapts them in the narratives of her works, where her frustration and anger are filtered through a highly personal insolent humour and a youthful obstinacy. Faults in the system are also manifested formally: in deformed images, distracting noise, and sharp cuts. Recently, music has come to the forefront of her practice: starting off as background, it has become the primary agent of the narrative, authorial dialogues becoming original songs. Marie is gradually moving towards the field of rap, and with the help of music producers, she is finding her own beat. Her texts take the form of protest songs. Up to now, her voice was best heard in relation to a sharp critique of the hetero-normative setup of contemporary society and gender inequalities, particularly in the context of Czech arts education. 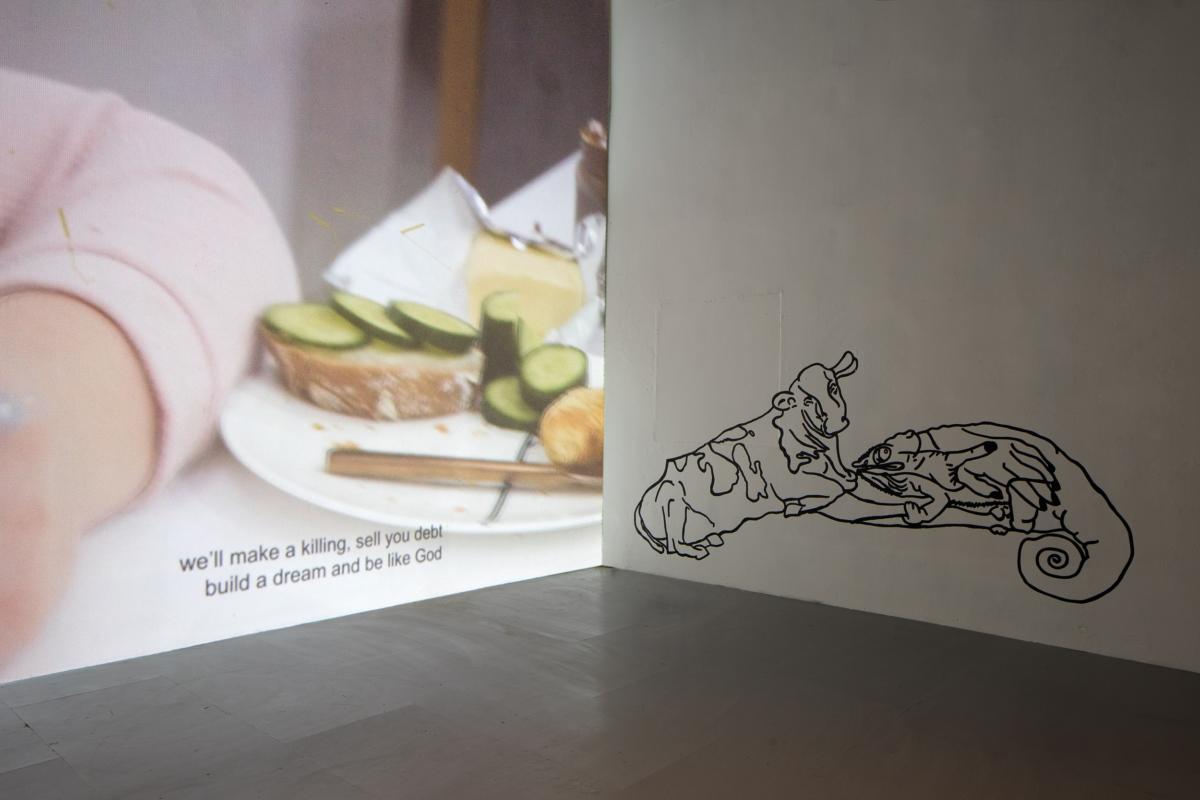 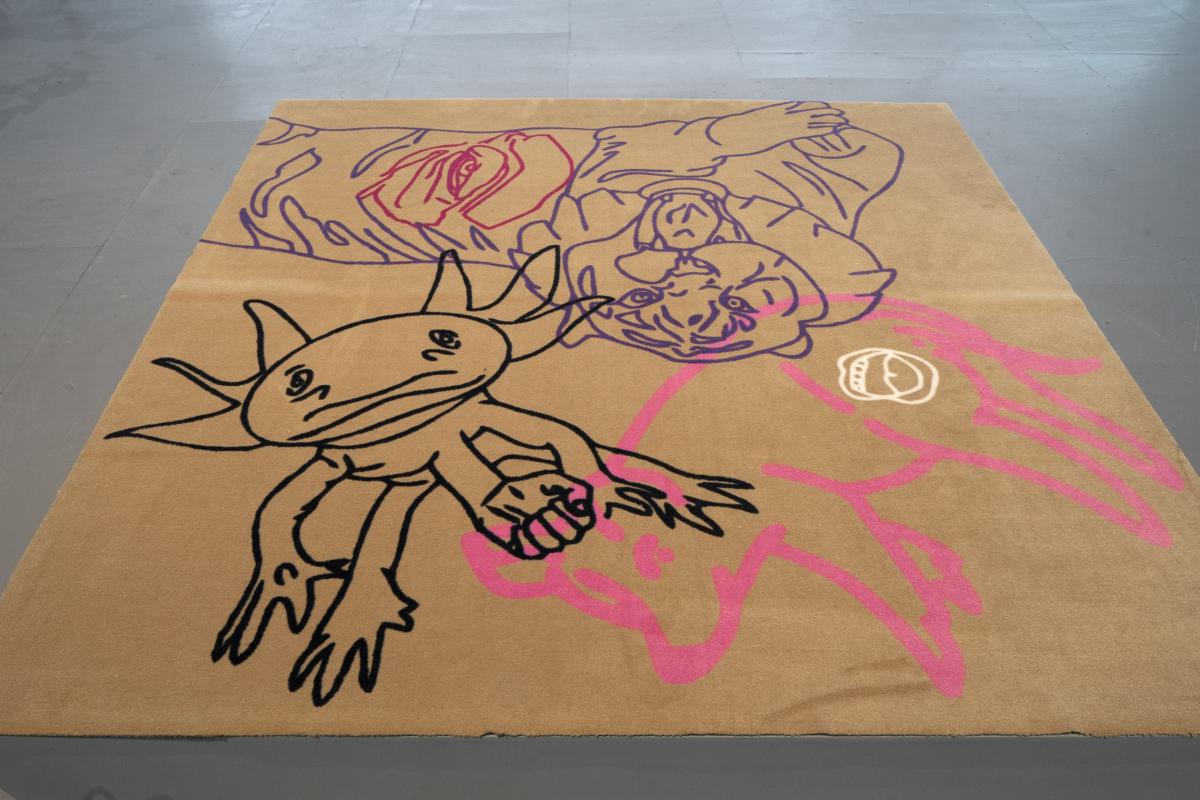 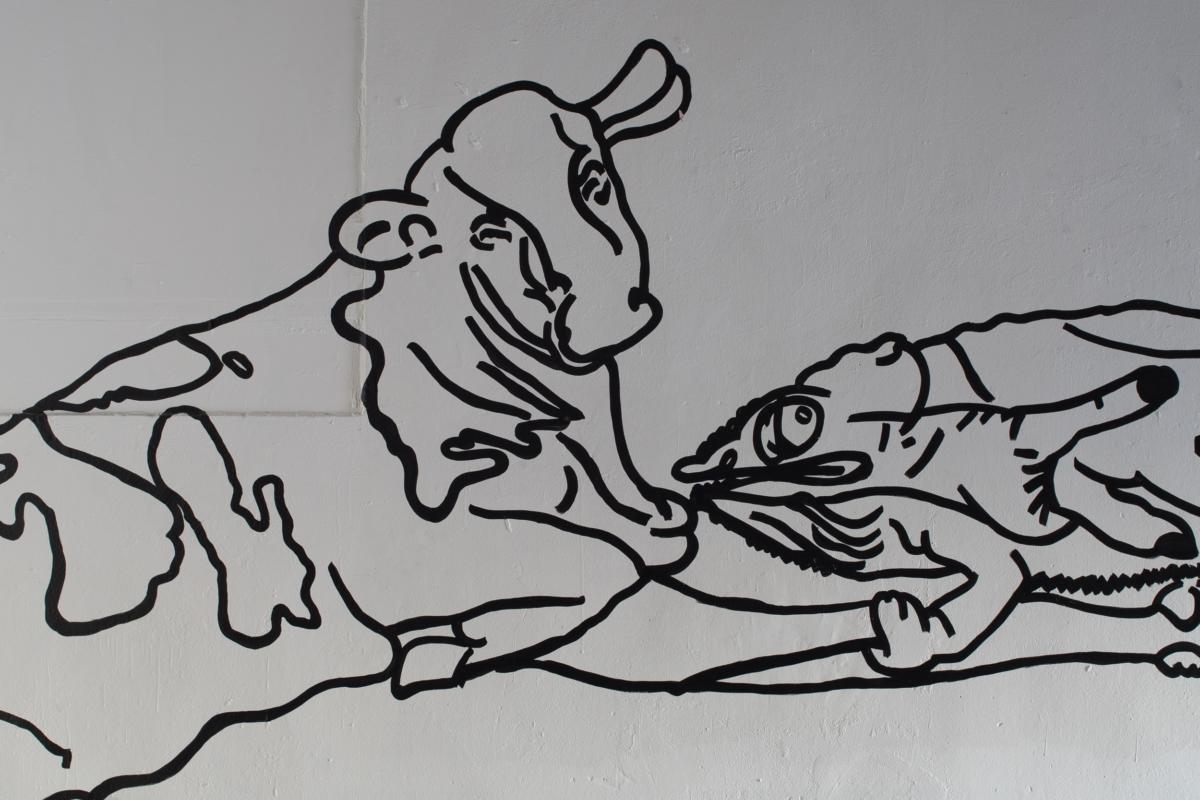 In Magic in a Time of Economic Progress, Marie connects a new music video (“a rap operetta”), with wall paintings and original furniture. This time, she focuses her attention on the world of banks, financial streams, and acquisition funds, so incomprehensible to so many of us. She presents this environment as a mysterious world of charm and magic which accommodates rituals not unlike those of the animal kingdom. “The top bankers’ number one rule is to keep their secret from ordinary people, which is why they strictly maintain their distant expression, appropriate for the frigid movers of the economy,” says Marie about her work.