Martin Kohout, Slides, 2017
The winner of the Jindřich Chalupecký Award 2017 talks about his art, publishing activities and the last exhibition at the Warsaw Wschód Gallery.

Karolina Plinta: This past December Wschód Gallery hosted your new solo show, Hungry. Tell us about it.

Hungry will present my recently finished short film Slides, accompanied by new tapestries and objects that take their imagery directly from the film. There will also be an audio piece I made two years ago and another video, plus some elements added to the space, which contribute to the exhibition, which I see as a single installation. I often like to build exhibitions in such a way where the works presented together both share some common ground, while also giving way to their own directions, without all of them repeating the same ideas over again. With the invitation from Wschód to present my work in Poland for the first time, and on such a large scale, it was nice to look back and trace some of the elements in my previous work that contributed to the formation of Slides.

This past year you were also awarded the Jindřich Chalupecký Award, which was accompanied by an exhibition of your work at Moravian Gallery, where you showed a movie called Slides. What is this movie about and who are the main characters?

The movie follows two main characters consisting of a couple, one of whom works at night, the other during the day. Consequently they rarely meet both awake and in the same place. And actually, they never meet both awake in the movie. To bridge this distance, which is both spatial and temporal, they share voice messages with one another. But the way they describe reality around them seems like a near-future fiction, a future that, in my opinion, speaks to things we know are already happening but presented in a way that tries to push reality to its limits. Or maybe they are just bored by going through their time alone and they make up stuff about the world around them to entertain themselves. The messages they relay to one another are more a series of monologues than dialogues. 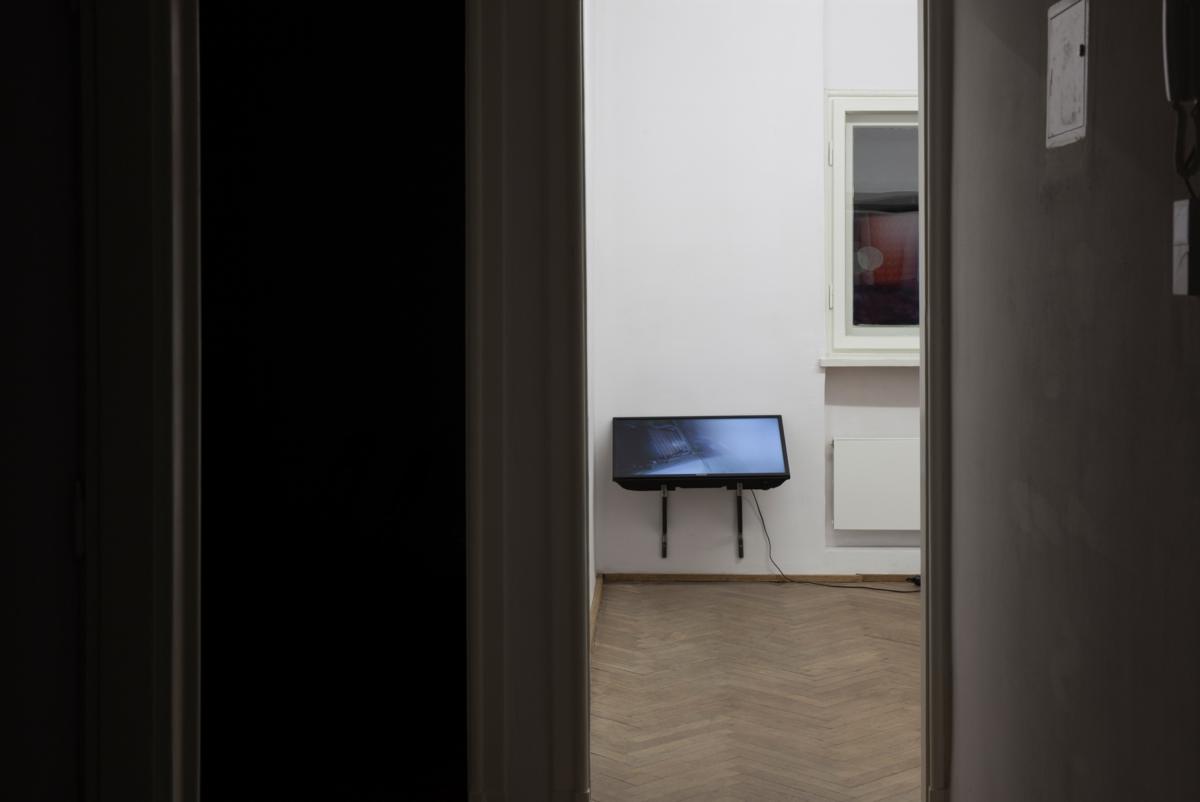 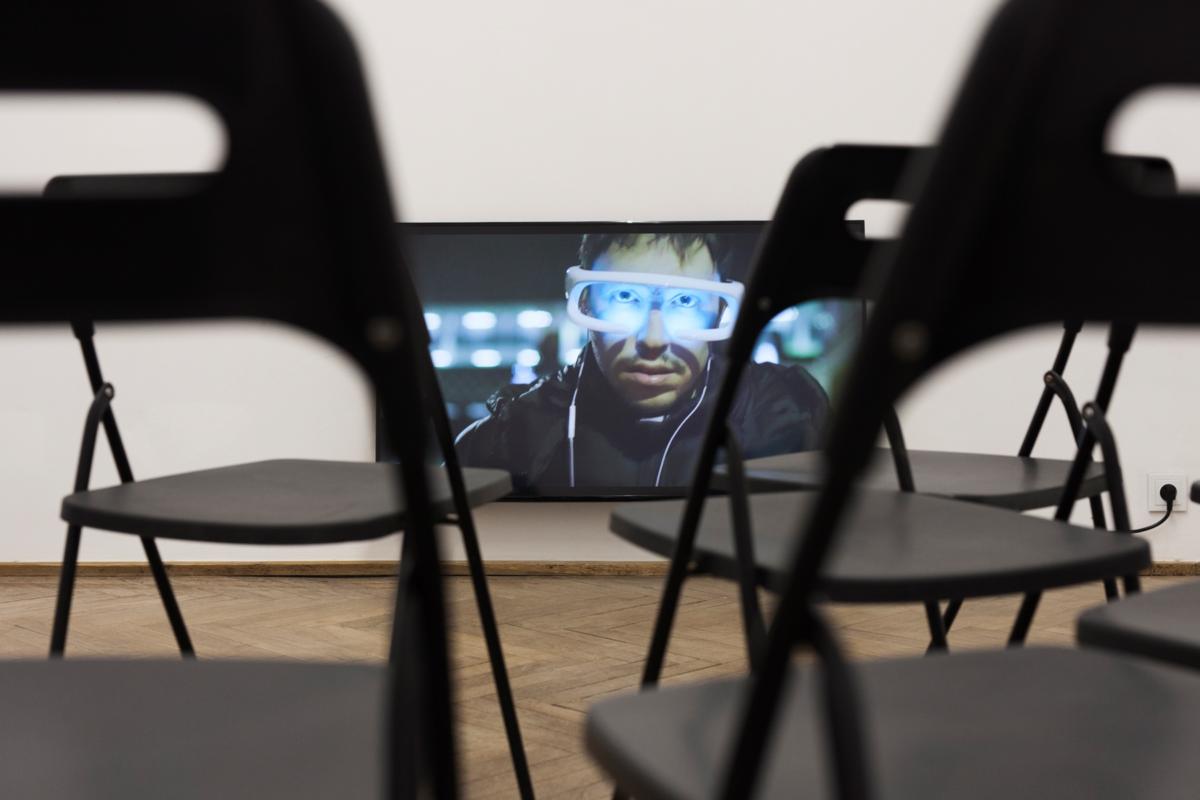 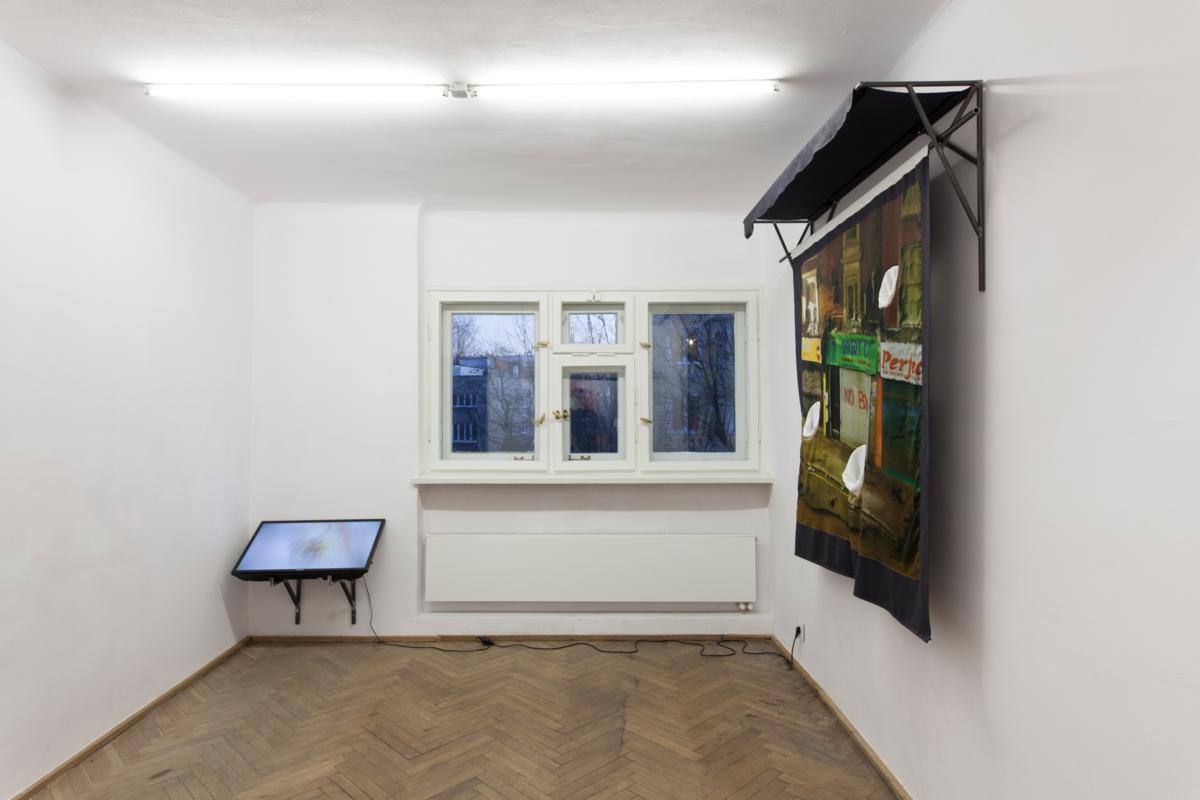 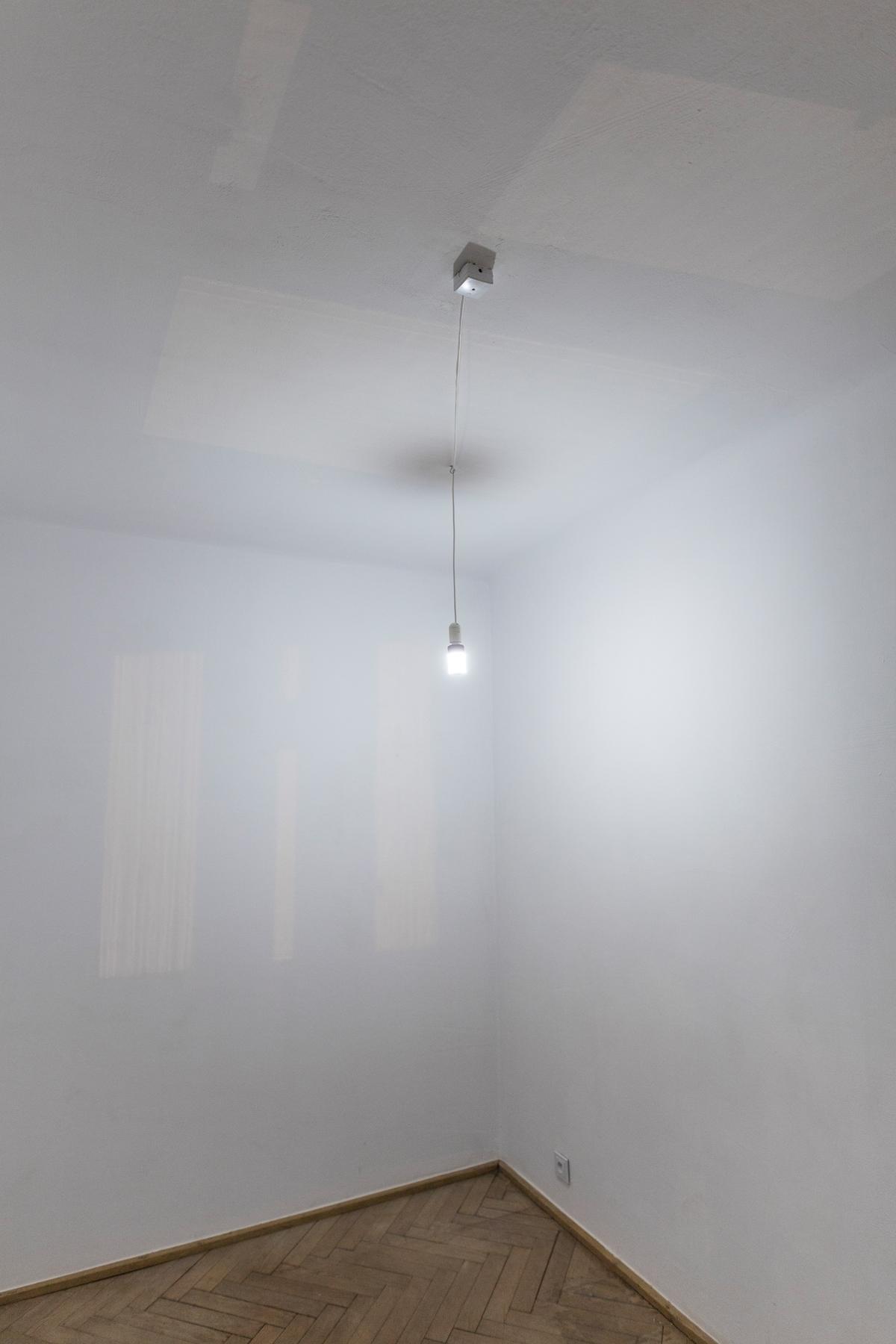 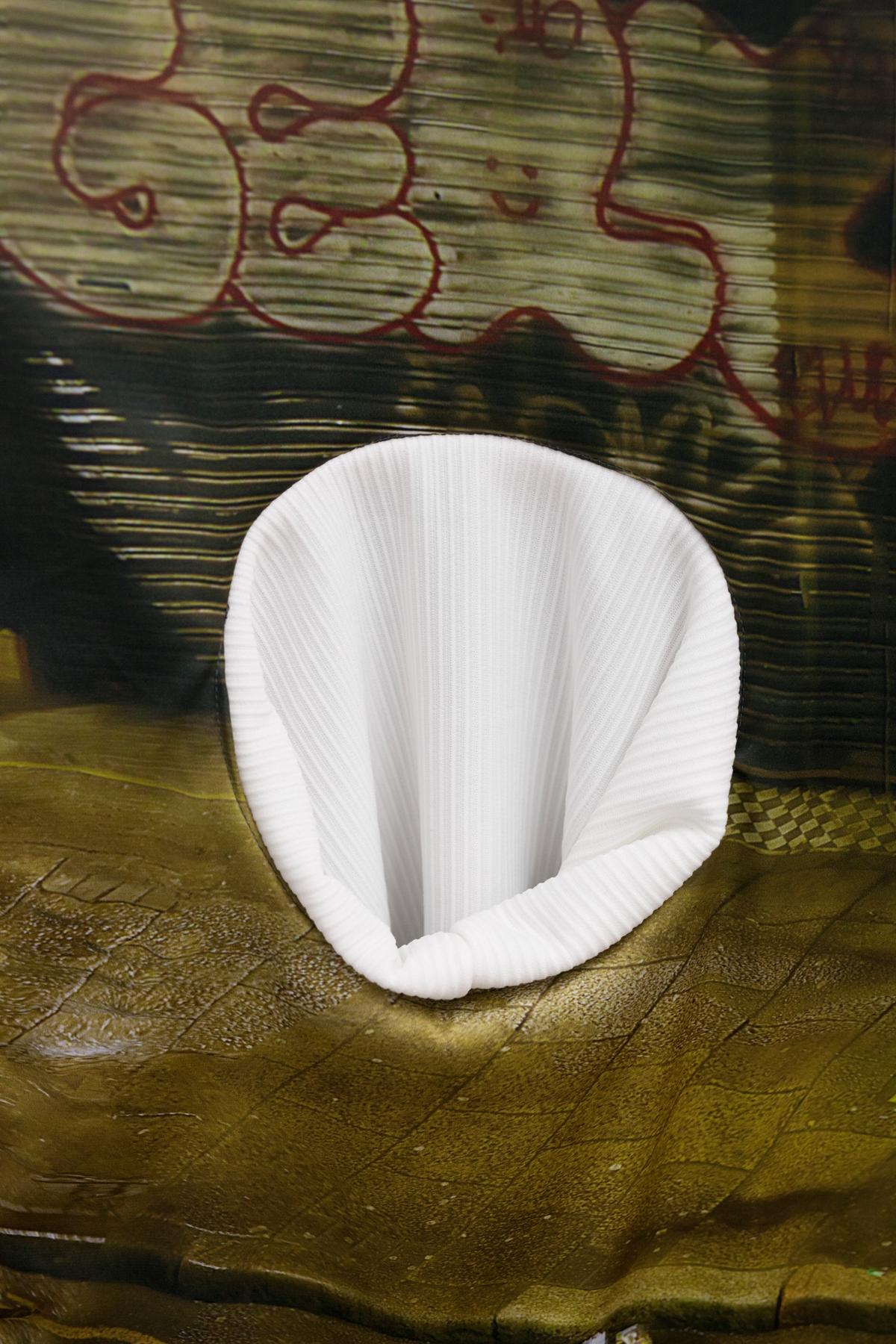 Slides is also part of a bigger project, what are its other successive parts?

I have filmed many interviews with night shift workers during my research, which we are now editing into a short documentary. There is also a book coming with the project, bringing together various texts on the space of night and night work, which I’m editing with Dan Meththananda. This will also include many great contributions by Georgina Voss, Jason Pine, William Kherbek, Ayesha Hameed, and Phanuel Antwi, among others.

Why are you so interested in the topic of night/night work?

I have been interested in metabolism and circadian rhythms since a few years ago. The topic of shift work, particularly night shift work I think, comes as an example of our biological limits meeting demands that are mainly dictated in a sort of mechanic and mathematical way. By mechanic, I mean conditions where activity is expected as something regular and constant, without ups and downs, which are precisely human. Circadian rhythms affect our whole body and mind and it is with them where we start to evaluate how far a body can be pushed to keep functional in a regulated manner. Night shift work is also something that most of the day-working population rarely sees. Therefore, night shift workers are, to a certain extent, an invisible layer in the city and our society.

The topic of shift work, particularly night shift work I think, comes as an example of our biological limits meeting demands that are mainly dictated in a sort of mechanic and mathematical way.

This year you have also published a book called Puffy Grip Logic, made up of stories and drawings. What is this book about and how did the process of preparing come to be?

Puffy Grip Logic is the first volume of a series called The Key Cutters Series, which consists of books in the so-called game book format, also known as ‘choose your own story.’ The series is directed by myself and Matilda Tjäder, our goal being to use the game book format as a structure and a space within the book for various genres of writing and thinking. The format allows us to present parallel narratives and opinions by various contributors. Puffy Grip Logic was mainly written by myself, it is like a psychedelic journey through many things timely, and many others, timeless. We are really happy about how the book came out, consisting of illustrations by Maren Karlson, designed by Monika Janulevičiūtė, featuring also many great guest contributions by authors such as Nora N. Khan, Nathan Beyoncé Ma, Monika Kalinauskaitė, Žygimantas Kudirka, Sasha Engelmann and Jol Thomson, among others.

You are also a publisher, running the TLTRPreß. Tell us about that.

Yes, it’s a small press I founded around 2011 to redirect a lot of the things I came across in my artistic research, but that I won’t use in my works. By now its focus is a bit broader but most of the publications are rather engaged with the format of the book, be it printed, electronic, or an email. 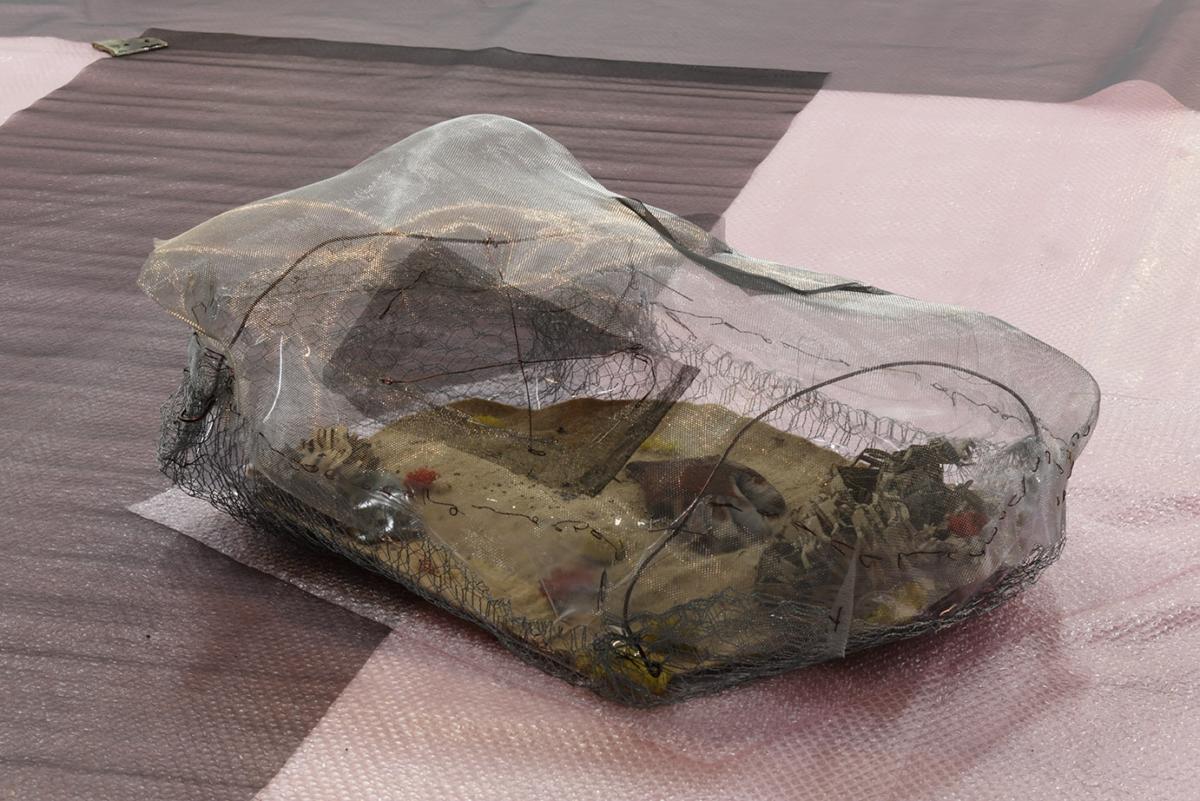 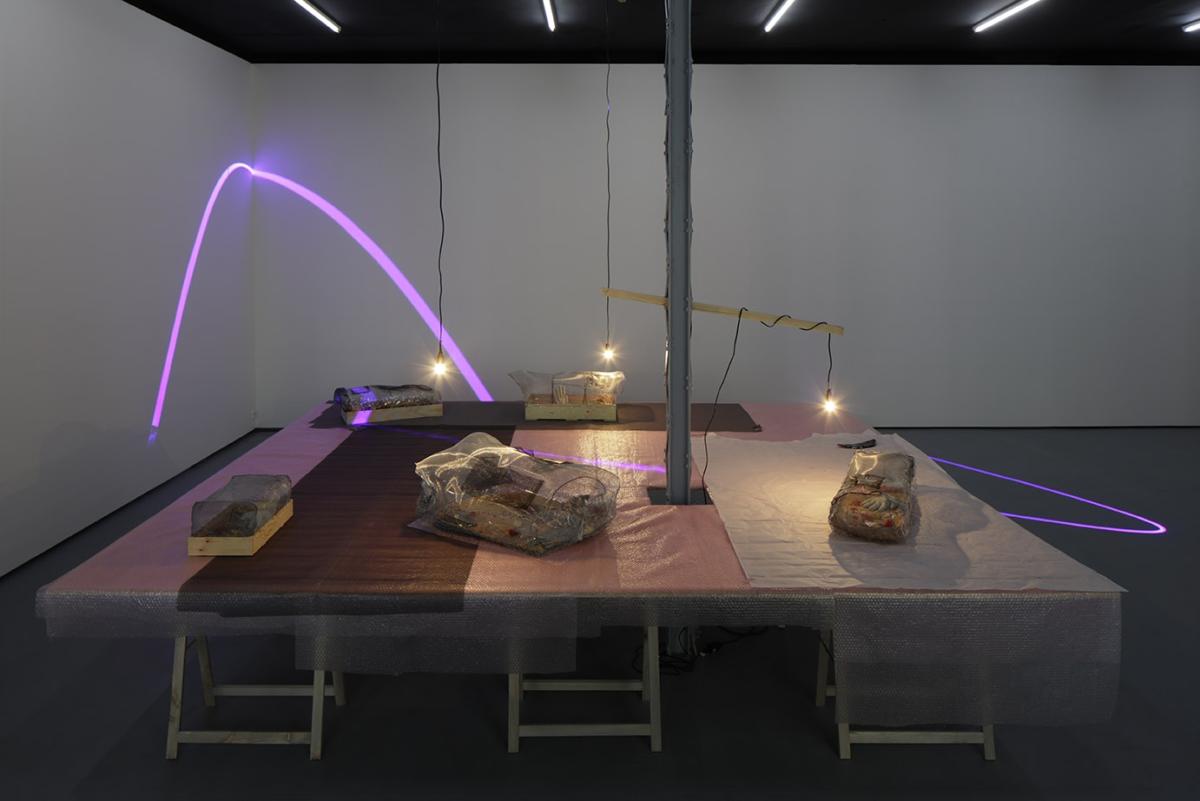 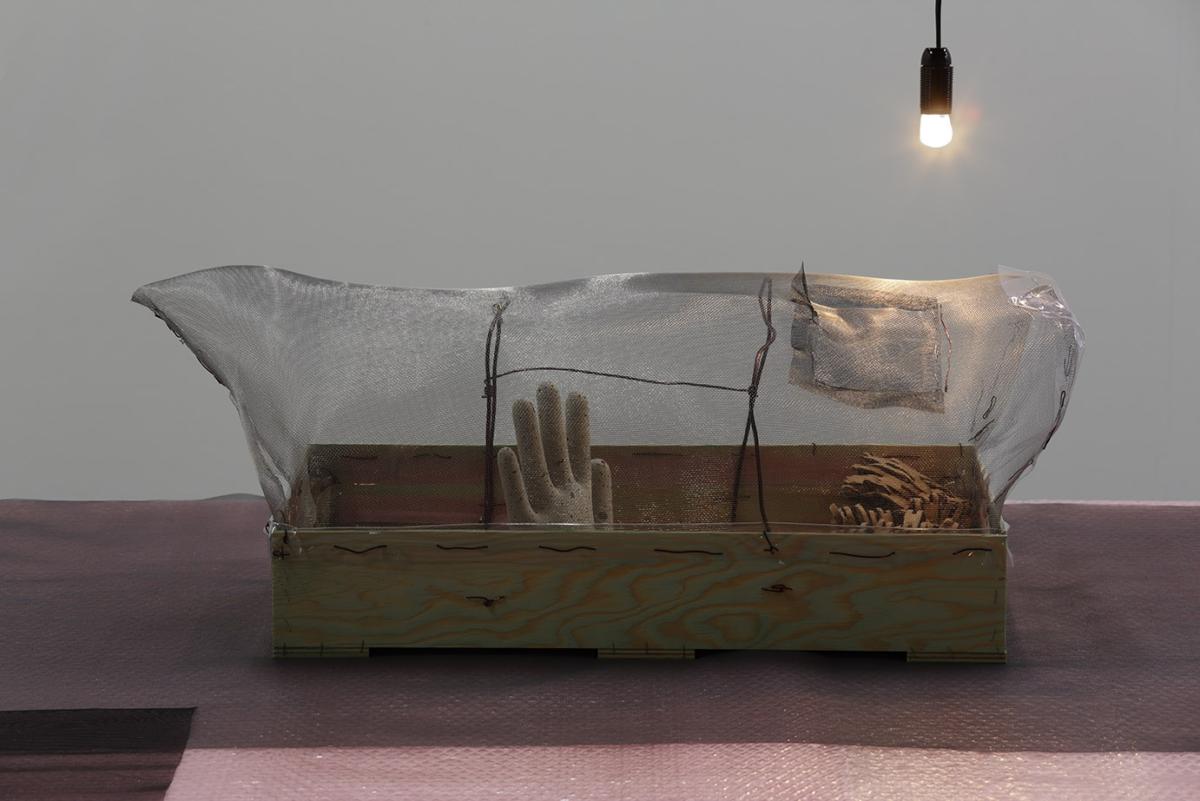 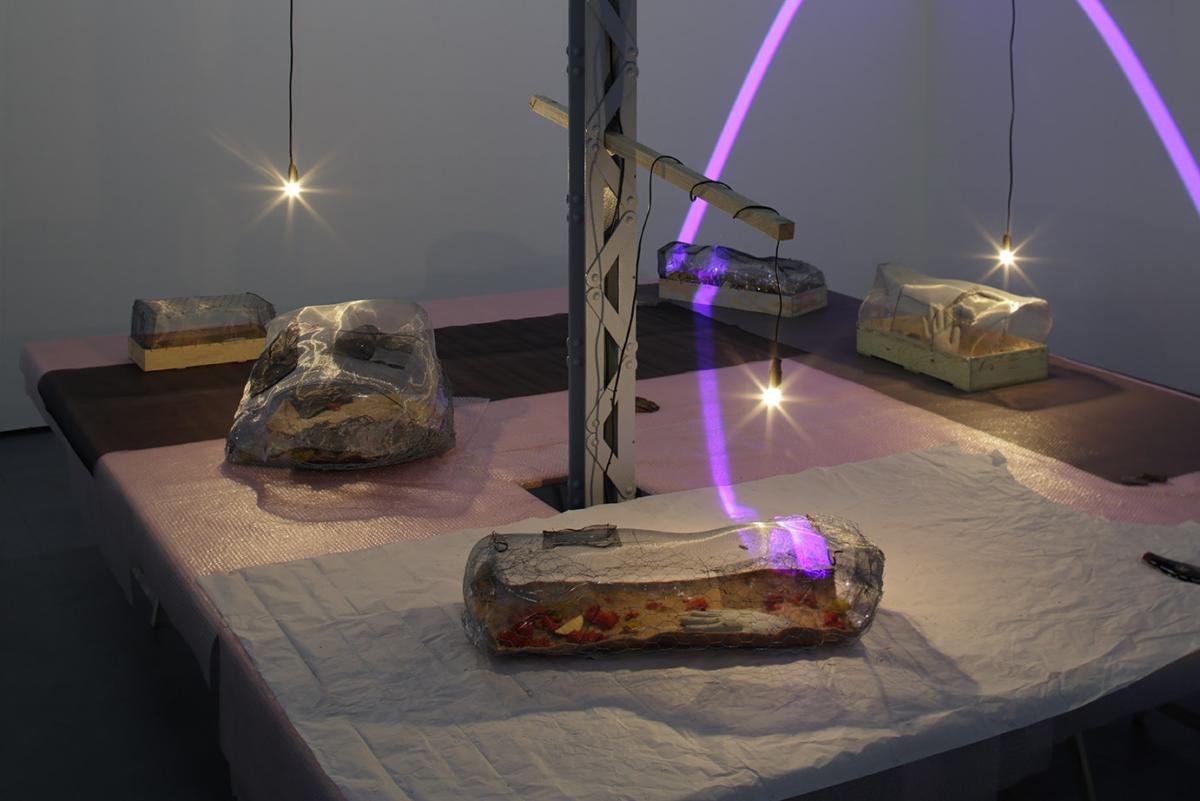 At the end of 2015 you also had a solo exhibition at Polansky Gallery, which you filled with works you described as “jokes machines makes about humans.” What kind of jokes did you have in mind?

Jokes Machines Make About Humans was the title of the exhibition, but there weren’t actually any jokes in the show, or at least literal one. With the title I wanted to give the show an atmosphere and a direction from which to engage the works.

As I noticed, hands and skin are often motifs in your work. What do they mean for you?

One of the things that interests me about the popularity of hands—not only in my own work—is that we hands  as a reference in a haptic sense to touch, which I think we often naively believe is more trustworthy than sight, or hearing, for example. By now it is already common knowledge that most of what we see is not what something looks or smells like. I think we believe in or maybe just hope for touch as a truer experience than sight or hearing. We also mind the unity of time and space associated with it. But I believe there is also some sort of mourning because we do realize that touch can also be deceived, in that we never fully understand what is going on under the surface of things and screens we touch. Associatively, we often think of touch in an abstracted sense of visual representation.

When I look at your works my first thought is of so-called ‘post-internet’ art. However, you also use techniques that are not, at least on the surface, related to post-internet, including elements informed by more traditional craft elements. Why?

Well, I really don’t care about post-internet. In recent years the term has become more like a label for those who need to categorize aesthetics as a way of navigating or selling work, rather than something meaningful for creators.

So why do you create ceramic works, for example?

I use various materials in my practice and I choose them based on the project and by what I feel is best fitting for a particular project. Most of the pottery I have made was for a project called DungeonTT, which was made together with Lars TCF Holdhus. It was our own take on various traditions of tea ceremony. Together we created our own pottery, soundtrack, and installation in order share tea and time with random visitors during our long sessions, which often took more than five hours per day. Our dear friend, artist Sandra Mujinga, made costumes for us on this occasion, too. Tea hardware plays a great role in how tea is consumed and perceived as well as what kind of situation one can make with the sole act of sharing tea with someone. Lars and I have been tea enthusiasts since many years and tea pottery is one of the few things I actually collect. 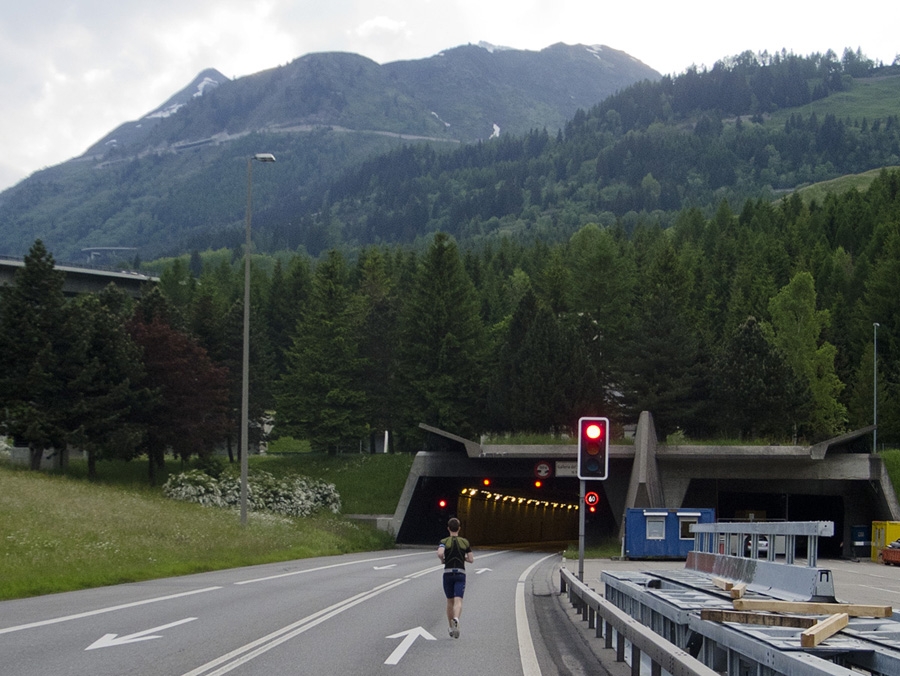 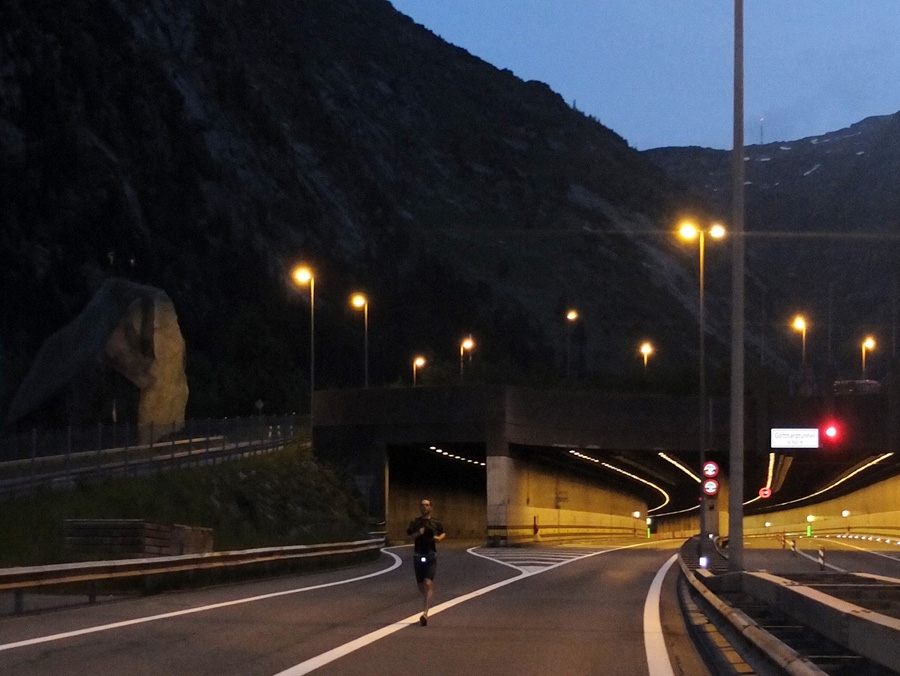 In 2013, you ran alone through the Gotthard Road Tunnel, the third longest road tunnel in the world. Why?

I have been fascinated by this tunnel since I first drove through it. It is 16.9 km in length and passing through it is a very hypnotic experience. The tunnel has only a single lane in each direction, a flat black ceiling, progressing straight most of the time. The more I learned about its history, the more attracted I became to it as a place. Gotthard Road Tunnel connects the German and Italian speaking parts of Switzerland running underneath the Lepontile Alps. The act of running through it combined, or perhaps conflated, monumental and minimal elements. Like the scale of the mountain above the tunnel and the engineering achievement of its original construction, the physical effort of running nearly 17 km in temperatures around 28°C while breathing very bad air, versus the simplicity of running, my body in proportion to the surrounding, and the one directionality of my run; I wanted to create a sort of urban legend about a body that ran through this space reserved only for cars. I didn’t want it to be about me personally, and I didn’t want to have any documentation from inside of the tunnel. Therefore, it’s only the photos of me entering and exiting the tunnel that document the event. And my name is there not to be remembered, but to function as a sort of guarantee that it really happened.