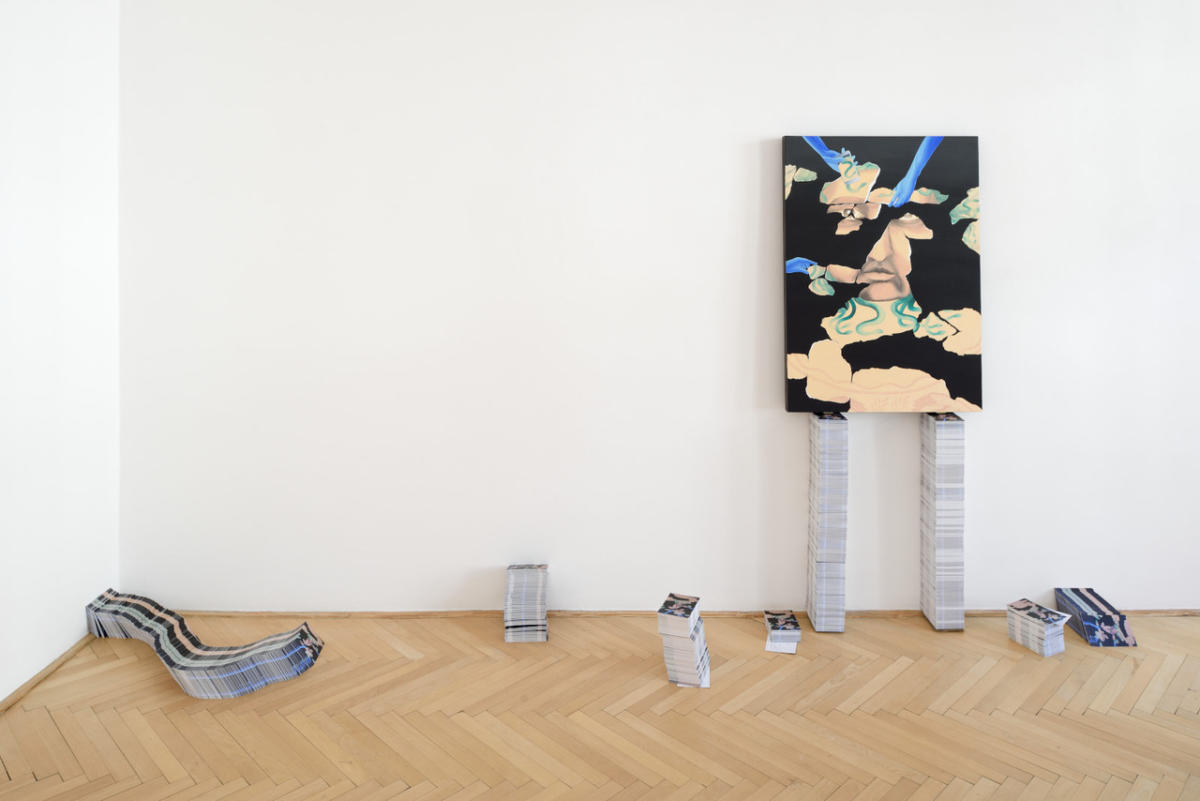 The Central European region is a space which we may call the centre of the world. Which is to say, one of the imaginary centres. Other such places (to each of them we must concede its uniqueness) are the Gulf of Guinea, the Greenwich Prime Meridian, and the Ecuadorean Ciudad Mitad del Mundo, Centre of the World City, which the equator cuts through. These geographical curiosities often become primary tourist attractions with monuments of their own. What is it that’s so fascinating about places that are created entirely rationally and artificially? Doubtless it can be explained by a subconscious desire of the human being for a point from which one may set forth and to which one may again return. Incidentally, the navel of the world (Greek omfalos) was erected in the form of a stone column in temples during antiquity and afterwards, to indicate the point where the heavens met the earth. Why is it possible to call, say, Istanbul, Jerusalem, or indeed Europe, the centre of the earth? Istanbul is a metropolis where east and west mingle and meet, or the groups of ideas that we call up under these designations of sides of the world. And Europe is the self-centred centre from which we look in this direction. 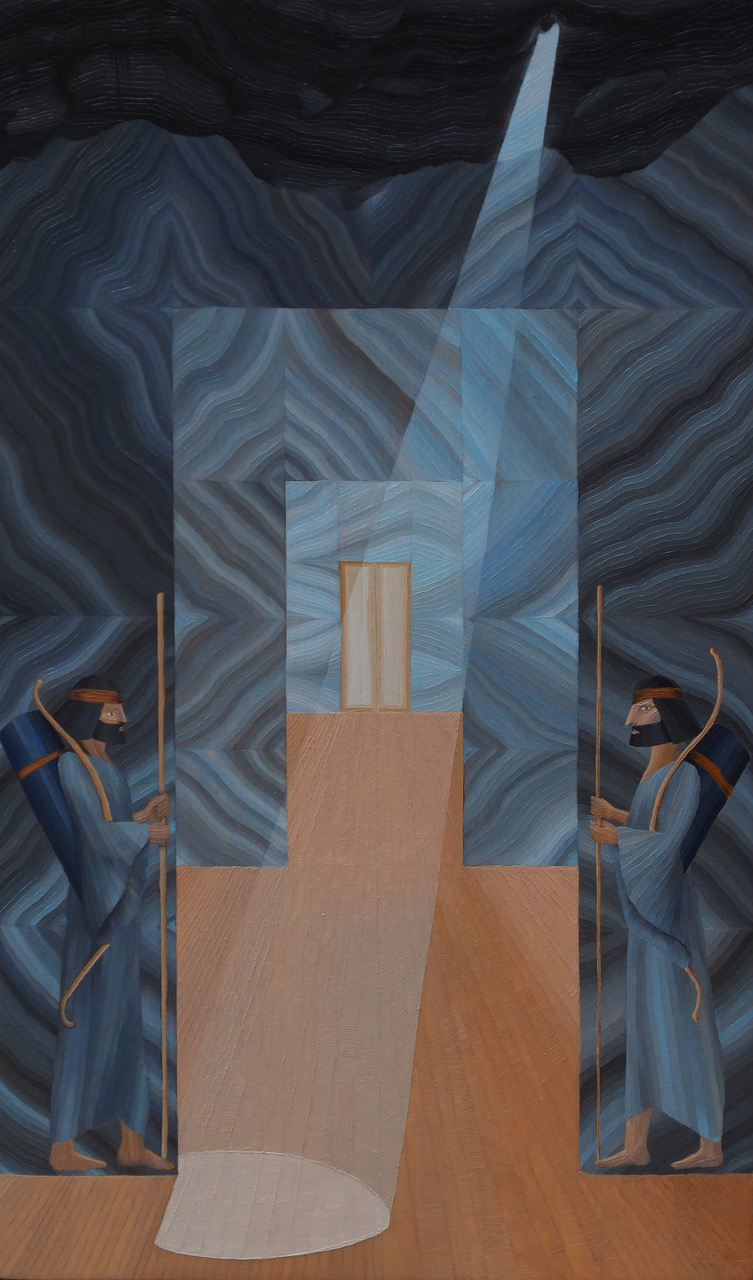 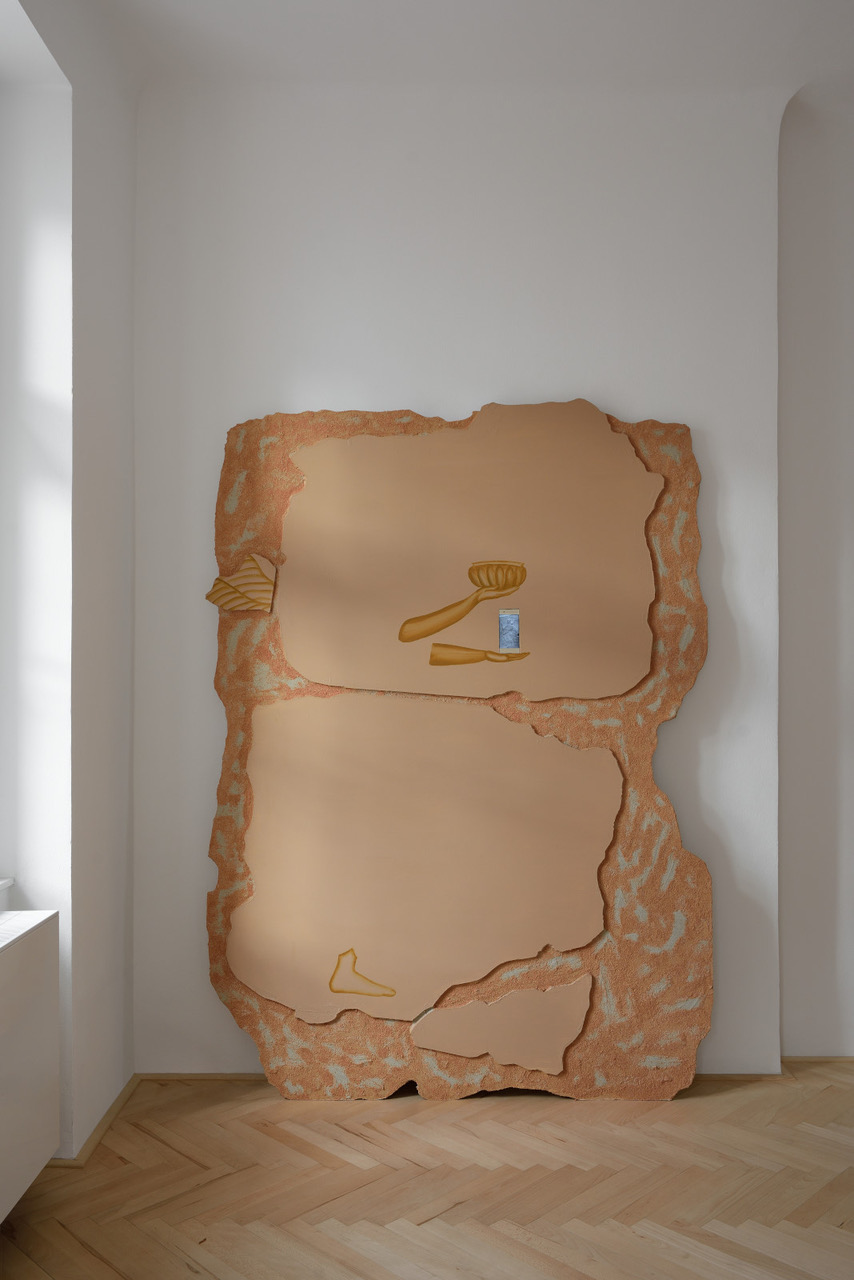 We have a fixed idea of the map of the world, but merely by twiddling the earth’s axis we would perhaps not even identify individual continents. The fixed depiction of the world is probably a necessity and a natural tool or indicator. However, we are rarely aware that this not a matter of pre-given conditions but rather of a relative conceptualisation. A conceptualisation which is valid for all, however purely subjective it may be, and even if specifically valid only for the group that has established it.
Edward W. Said (1935–2003), an American professor of literature of Palestinian origin and founder of academic post-colonialism, in his now classic work Orientalism (1978) sharply defined the abiding gulf between West and East, describing Euroamerican culture as incapable of ridding itself of its arrogance and its colonial perception of the Orient. Said, himself living between two cultures, formulated the opinion that western society continues to perceive the lands east of Europe through romanticising scenery. Painterly scenery, for the most part, of a kind which distorts the image of reality. This romantic view at the same time includes a feeling of superiority to “rustic” culture, seen as on a lower grade of development, and easily serves as an excuse for campaigns of conquest. Said regards the heritage of 19th century painting as an essential source of the oversimplified perception of the Orient (whose existence, as a set of ideas and qualities, he rejects). What was it, however, that preceded the representational methods and the attitude of that time? Is it possible to seek the beginnings of the western painter as “arrogant observer” in the Renaissance, when sea trade was considerably developed? Do we always reach for oriental enlightenment when we exhaust our own material and spiritual resources? Can we see even the oriental inspirations of the early 20th century avantgarde, or the influence of “primitive” (!) art on American expressionism of the 1950s, as subordinate to these interests? Or is Edward W. Said oversimplifying things and imposing his own prejudices on Euroamerican society? 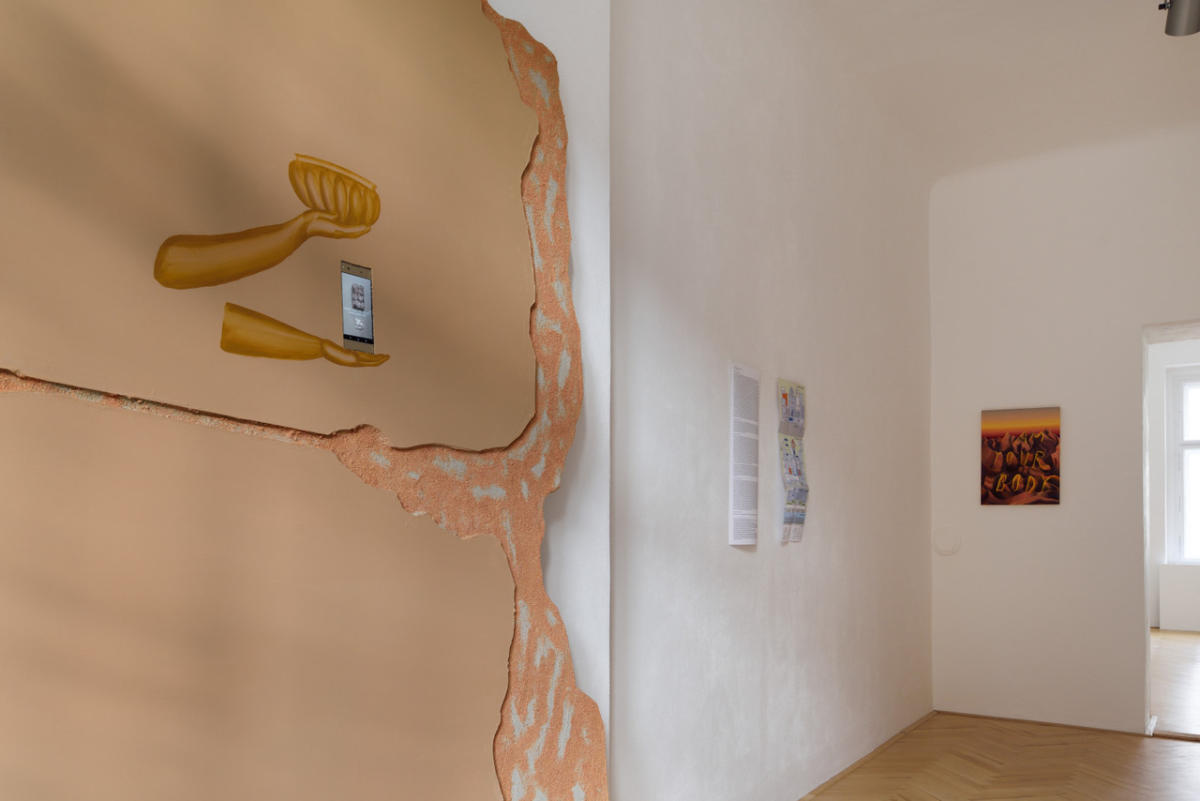 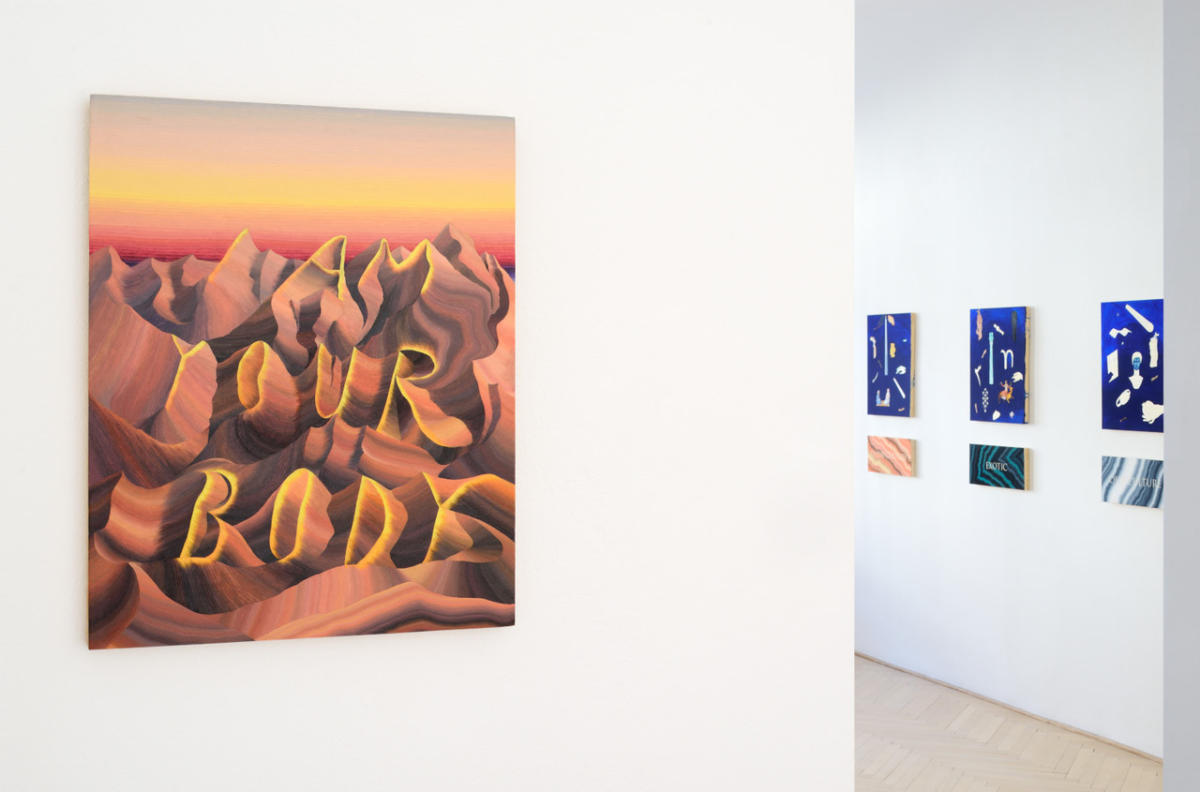 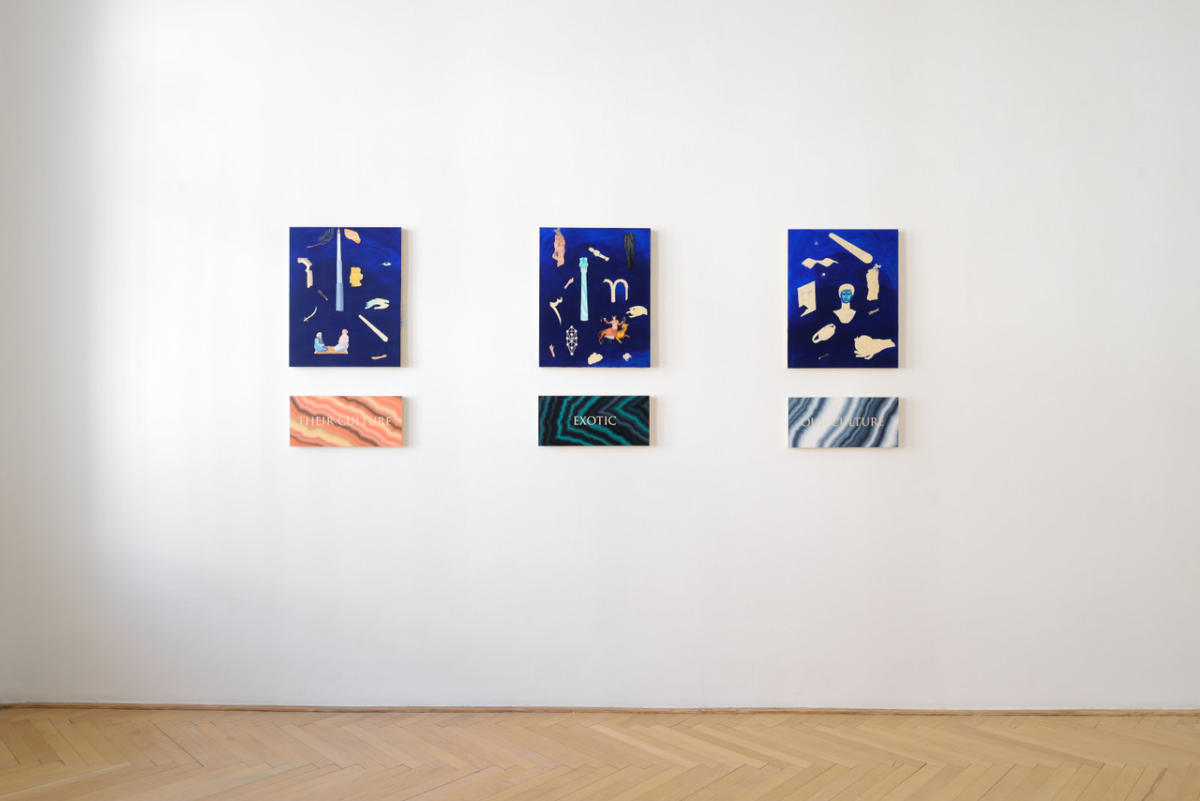 It is symptomatic that after the original publication of Orientalism thirty years went by before a Czech translation appeared. That was not just due to the geographical and historico-political sealing-off of the Central European region. Most of all, it was because of the durability of an educational system that continues to have its premises in the European ethnocentrism and imperialism of the 19th century. We often have the feeling that the Near East is in reality very far away. To those countries which are still further away, and their inhabitants, for the most part we do not have anything more than a tourist relationship. We therefore think of the development of art and culture generally as closed evolutionary events, which have matured to the present state entirely without mutual contact.For the purposes of historical exploration, the only material evidence of all aspects of a past culture, including the social, religious and political aspects, is the preserved artefacts and monuments. Art-historical conceptualisation by its nature emerges retrospectively, and therefore naturally condenses the phenomenon being explored and oversimplifies the circumstances. In the last analysis, it is a potted description for the museum. One does not need to formulate the self-authenticating revision of the history of ideas which Martin Bernal attempted in his controversial three-volume work Black Athena: The Afroasiatic Roots of Classical Civilization (1989, 1991, 2006) in order to realise that when the foundations of “our” culture were being laid, communication with “their” culture was closer and more inspirational than we ordinarily think.
Even though our own state borders are not of long duration, we consider the division of the world as an absolute value, and beyond each further state frontier the culture and population seems to us to be more and more different. So it is not to be wondered at that the retrospective awareness of colonialism does not stir much thought on the Czech art scene. Taking Europe at large, of course, one cannot overlook last year’s international shows: the Berlin Biennale and the Manifesto, organised this time round in Palermo, Sicily. Both these events essentially follow the topical problems of their time, and hence the artists selected by the curators inevitably made statements on the themes of migration, the negative effect of tourism, and the human being’s relationship to the place where he/she lives. As regards the exhibition Hot Sand Between Shoe and Foot , probably the most essential reference is to another important artistic event, namely Documenta 12 in 2007, curated by Ruth Noack and Roger M. Buergel. The very title Migration of Form predicates a thematic treatment of perceptions of the geopolitical interpretation of artistic form, which may be both a subjective expression and an instrument of political change. How Arabic does the work of Arab artists have to look in order to meet our expectations of the exotic? Is it possible to change the context of a Euroamerican artwork so much that we will perceive it as “foreign”? 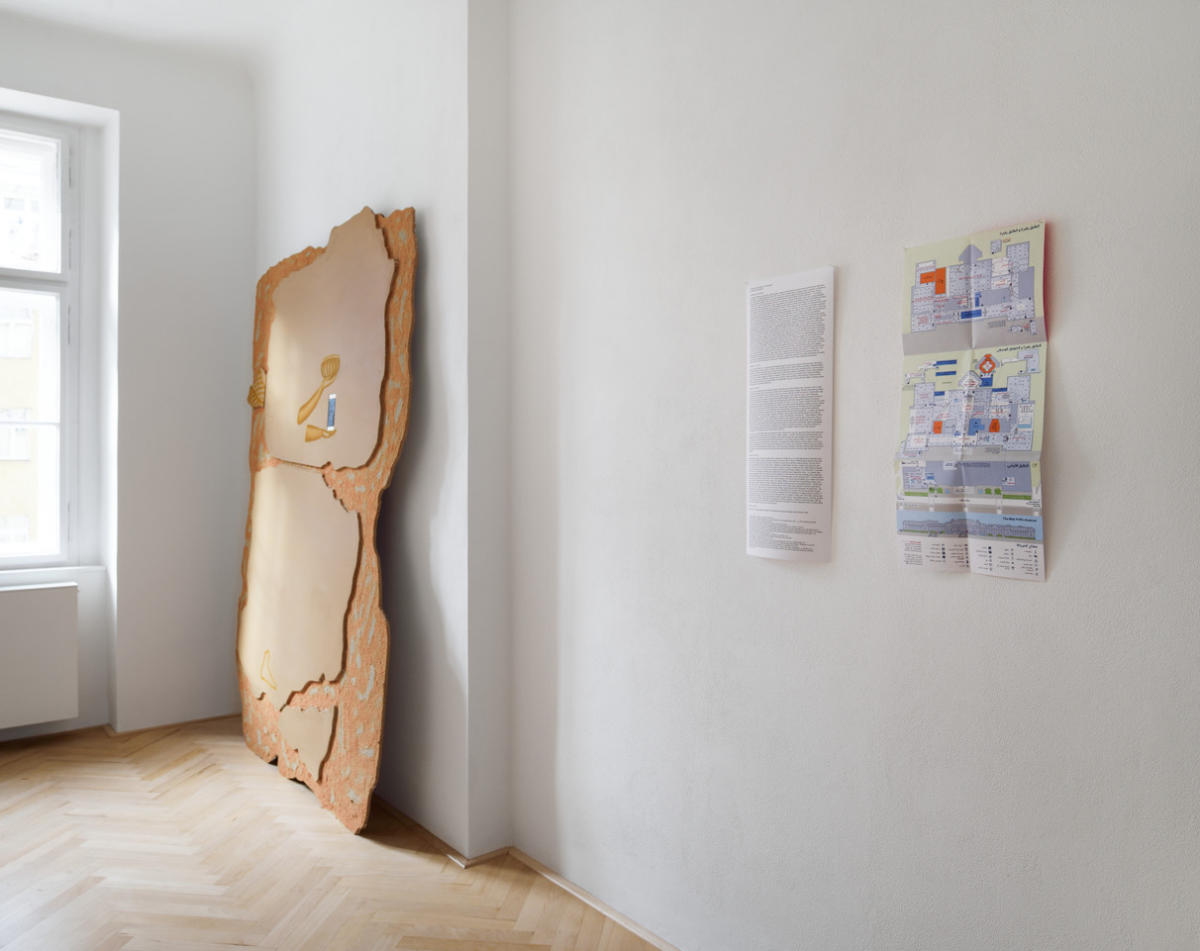 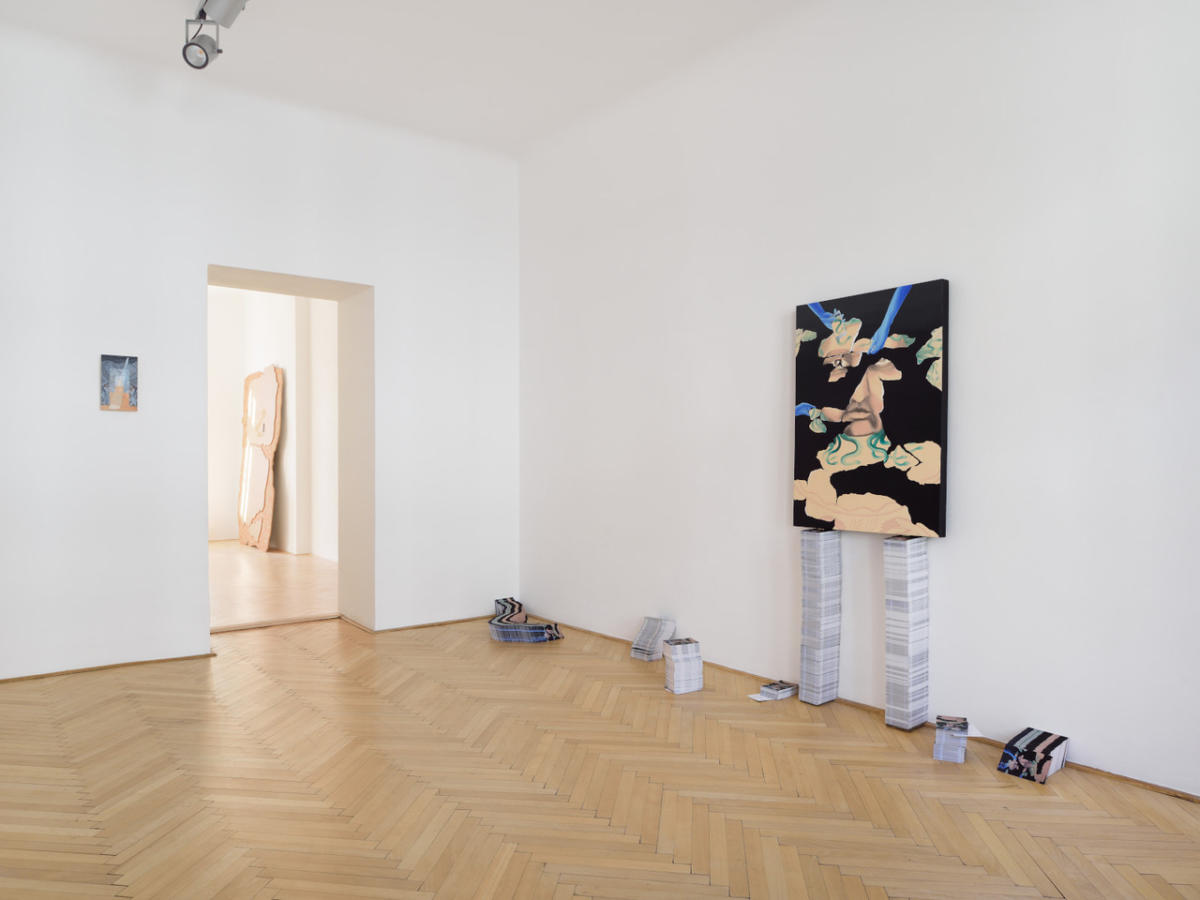 We will not find extant examples of ancient settlement close to our own living space, and so it is obvious that for us the artefacts which recall “the foundations of our civilisation” are merely virtual. That is to say, they are present insofar as we know of them, but nonetheless remote. Assuming that each artwork is an imprint of the moment of its origin, it is also a material “recording” of preceding development, hence of a historical evolution which led up to that particular form. Accordingly, what we regard as classical also includes contact in far-off times with a culture which today we designate as different. For example, if we travel to Bethlehem, as a matter of course we identify the setting as exotic; we may even conceptualise it in detached fashion with a label which is a favourite of the media, “their culture”. Over centuries the Bethlehem birth scene has become a symbol which we regard as a fundamental emblem of European society. In Italian Renaissance pictures the scene is portrayed using European-looking figures in the background, who are pointing to ancient ruins or a hiding-place in the desert. We ourselves have become accustomed to “the manger”, with a Czech village in the hinterland. The scene itself is a popularised example of precisely such a “recording”. It is an unchanging part of our culture, but somewhere in its depths it is the virtual Orient. Virtual presence and relative distance is today an everyday reality. The theoretician of the exhibition will be on a short-term stay in New York at the time when it is held, and this fact naturally became a built-in component of the exhibition concept. Her current place of residence also happens to be a showplace for the application of culture brought from elsewhere, and its classically designed museum buildings are full of artefacts from Asia and Africa.

The French president Emmanuel Macron’s statement last year about the return of artefacts from colonised territories to their lands of origin, had the impact of an expected lightning-bolt from a clear sky. Hot Sand Between Shoe and Foot does not aim to answer the further question posed, whether that would be right and whether the returned works would not end up on the black market or destroyed by terrorists. Nor is it an academic analysis, with the works used as illustrations of the interpretation. Ir remains, above all, an exhibition of painting. It points to the primal origin of things that burn us like a distant recollection, similar to the burning desert sand which gets under the sole of the foot and cannot be shaken out. / Šárka Koudelová, 2019

‘The Sea Monster, The Bear’ at lítost

[EN/PL] ‘Tooth to Tooth’ by Irmina Staś at Foksal Gallery