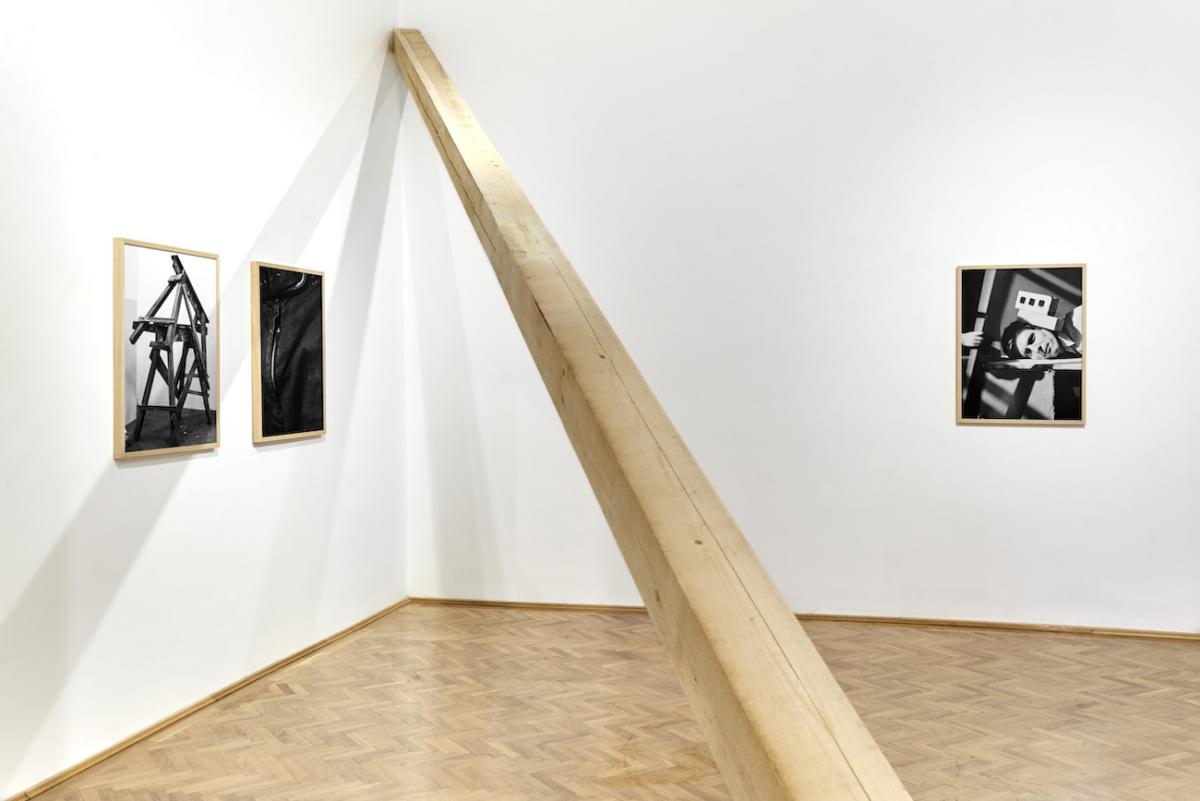 Imagine a man entering the room, walking up to one of the walls and effortlessly drawing a perfect circle freehand. Of course, we know that this movement was preceded by lengthy preparation and practice, but the question is not what was before the perfect circle, but what comes after it? What comes after the moment when the perfect circle – practically an illusion – that appeared as a goal in the period of preparation becomes reality in the present? When the fantasy of perfection is suddenly realised? 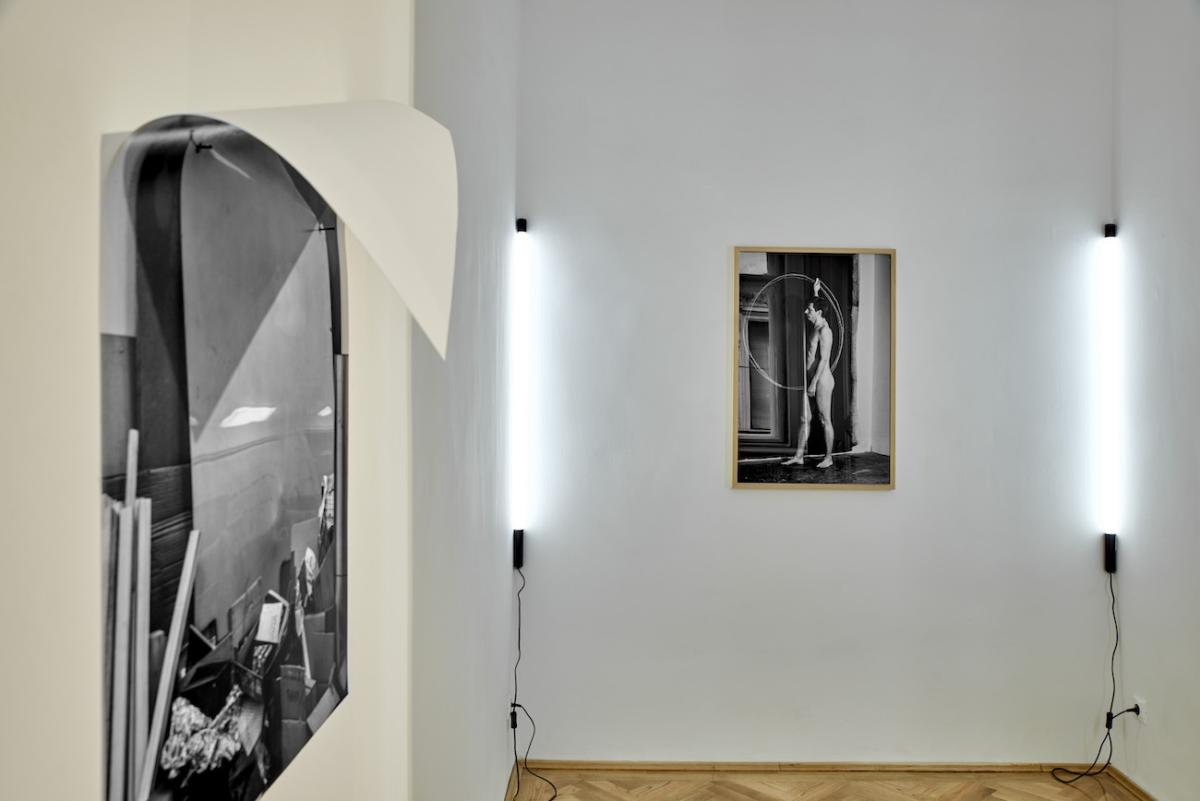 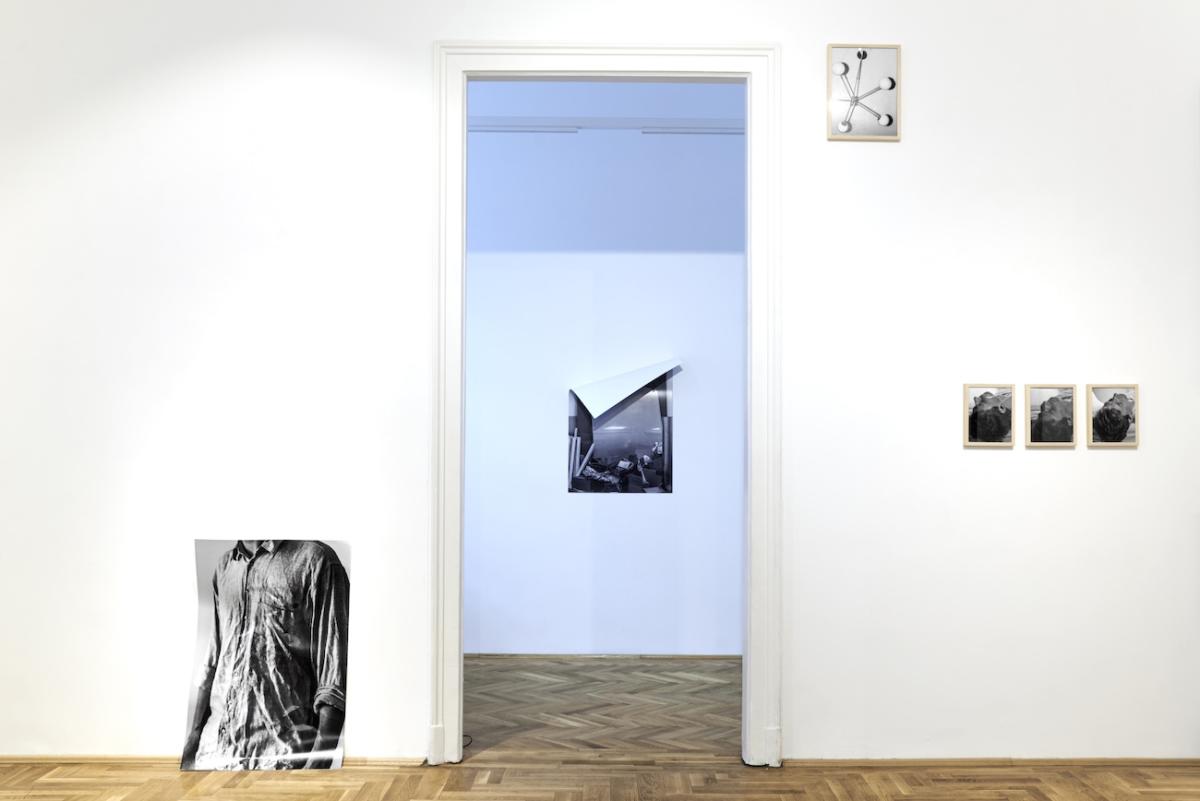 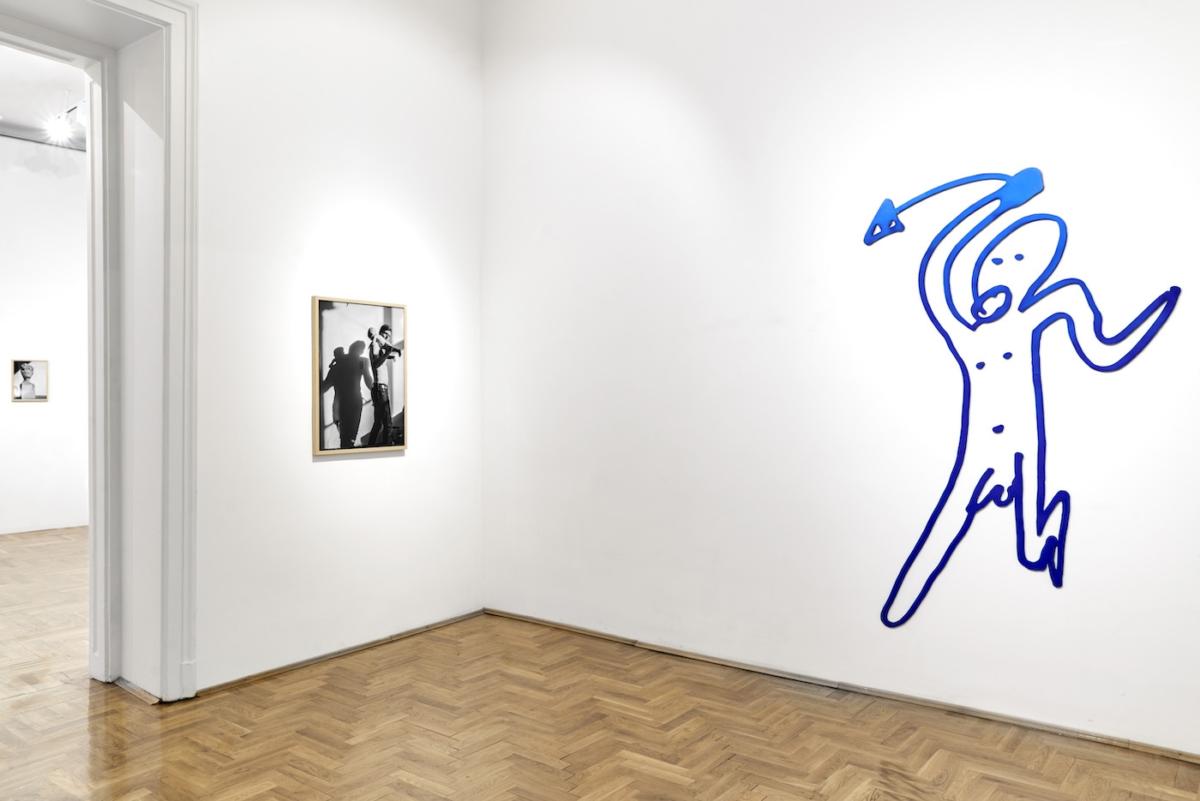 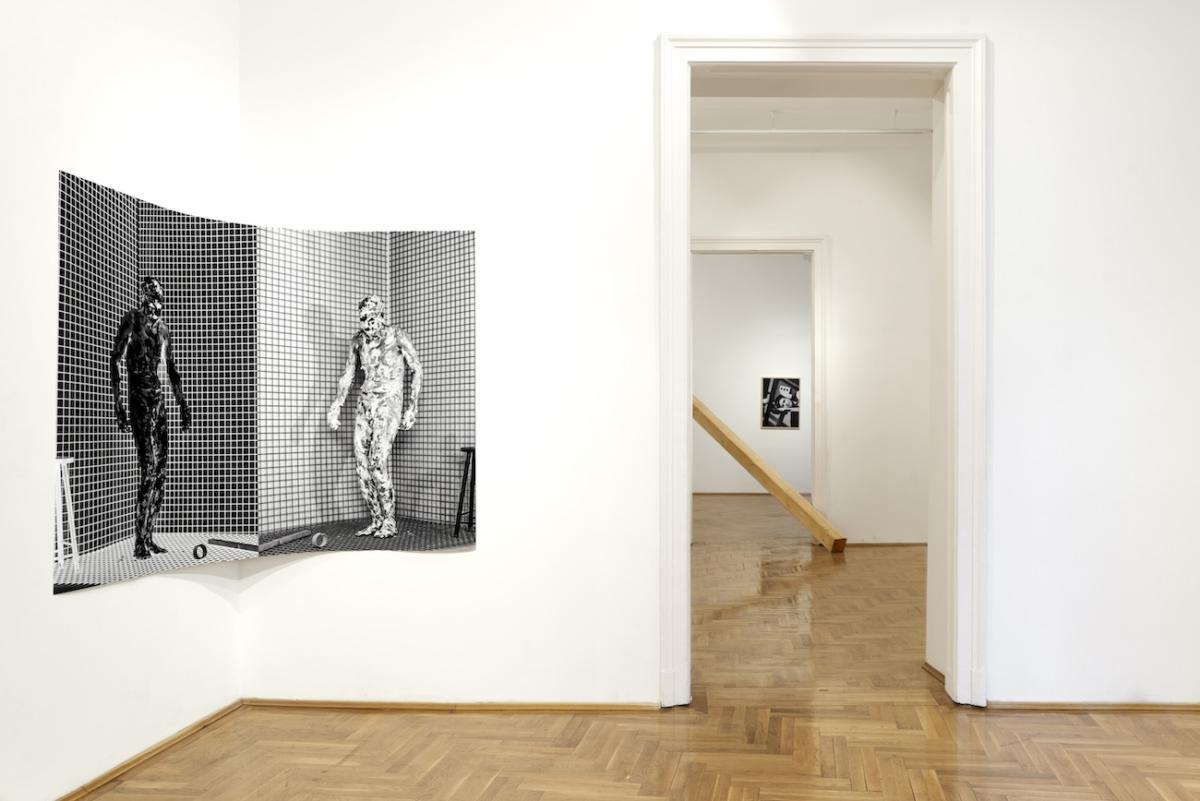 Søren Kierkegaard writes in The Sickness Unto Death that living in illusion and immediacy is despair itself. The realisation of the perfect circle as a desired goal which seems at once attainable and unattainable is similar to what Kierkegaard writes regarding happiness. Immediate happiness – not to be confused with contentment – is actually the favourite dwelling-place of despair, he writes, as in spite of its illusory peace and tranquillity, immediacy is in fact none other than dread: dread of nothing. In Kierkegaard’s view, despair is not a special state, but one that actually affects more people than it doesn’t, even if they are not necessarily aware, and although he likens it to sickness, he doesn’t necessarily consider it a dark, depressive state, but instead brings attention to its elevating or even liberating nature. 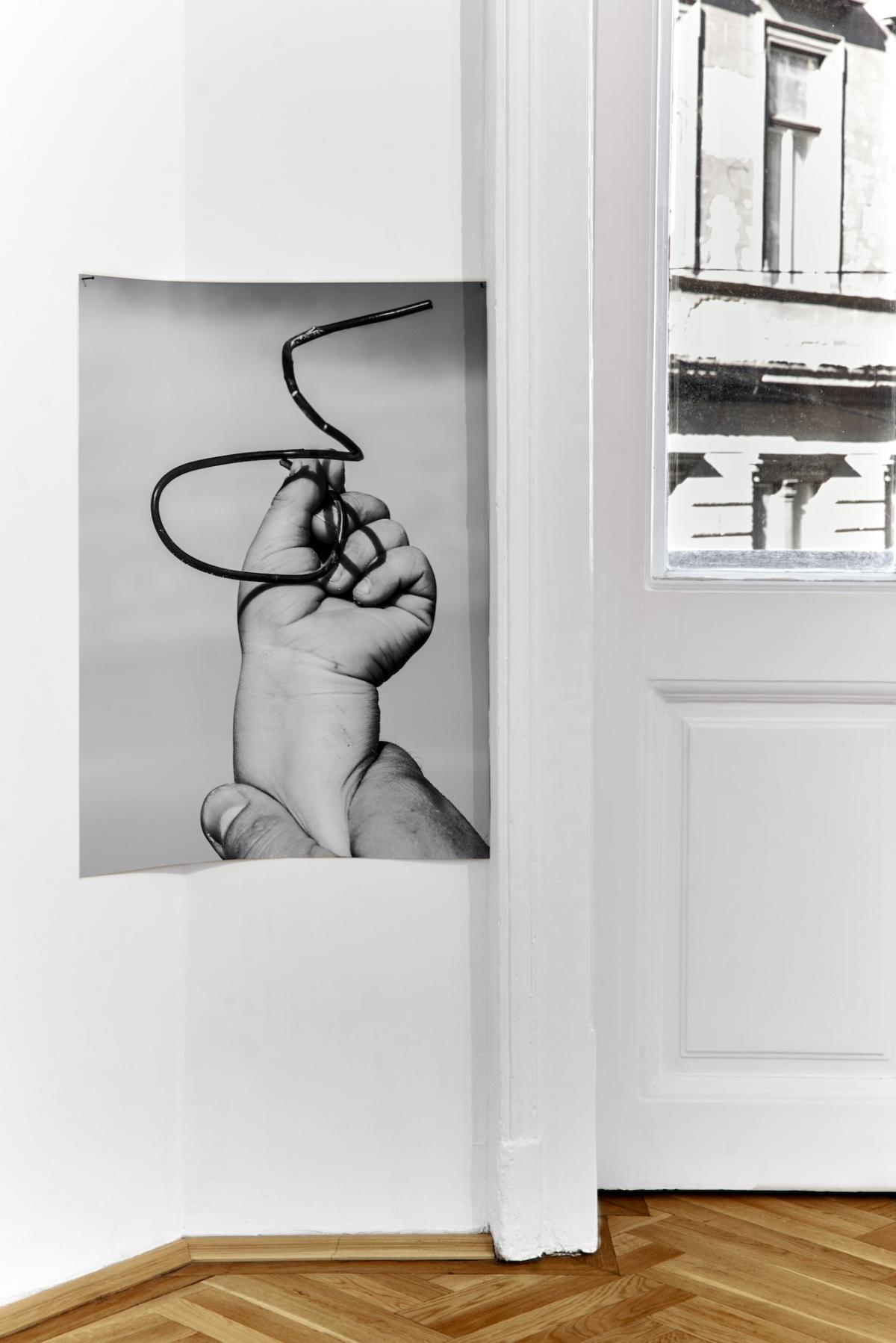 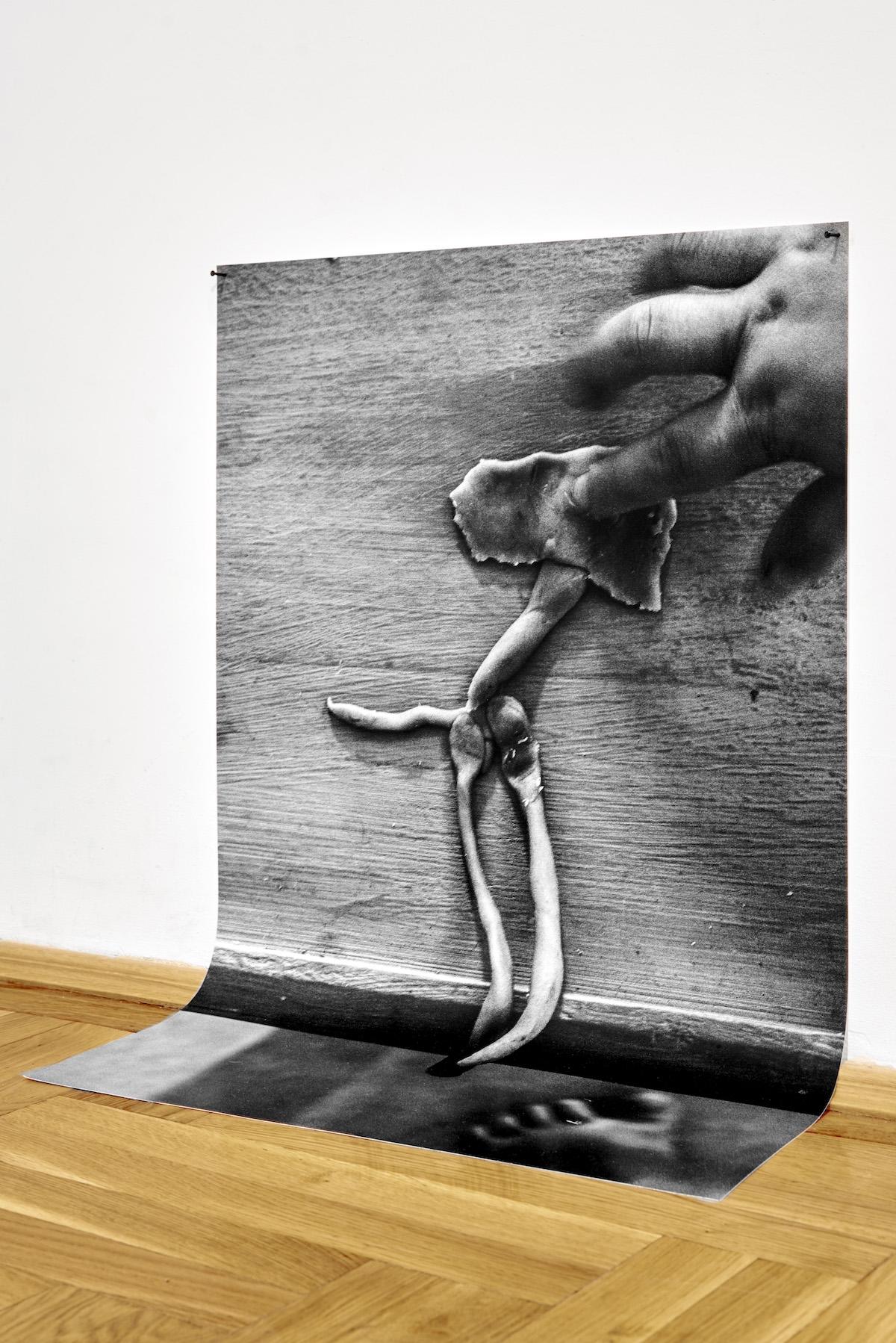 Featuring a selection of photographs from Péter Puklus’ latest series The Hero Mother – How to Build a House, the current exhibition abstains from delving into the figure of the heroic mother or the conflicts generated by social expectations regarding the role of the mother; instead, as a sub-chapter of the series, it focuses specifically on the father. The man who founds a family and builds a house, who makes decisions day by day, who is content with what he achieved and where he stands, who is strong and stable, and who is rendered so powerless and insecure by all of this that sometimes he is outright paralyzed. 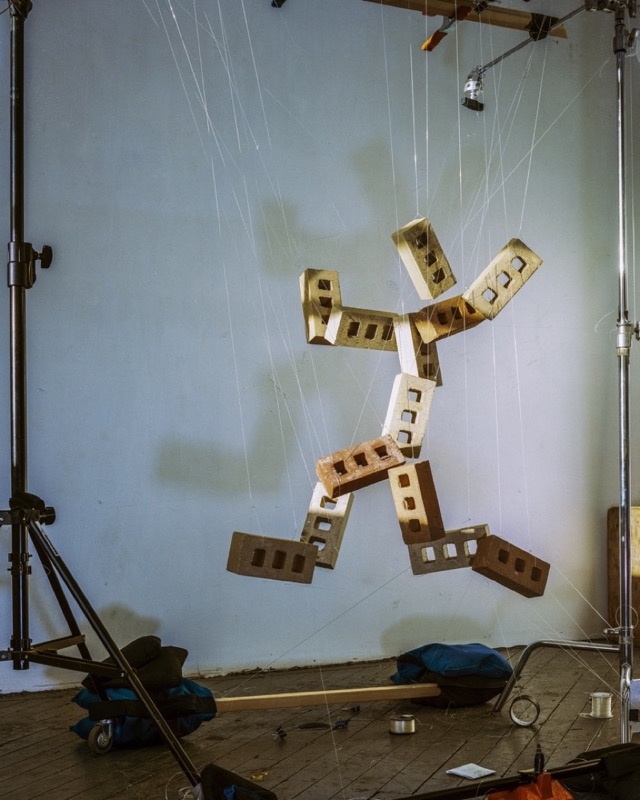 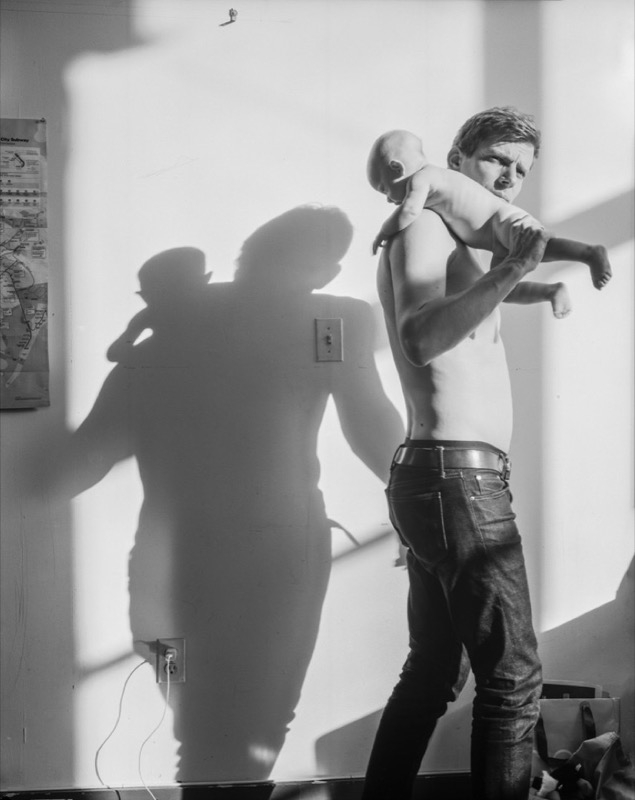 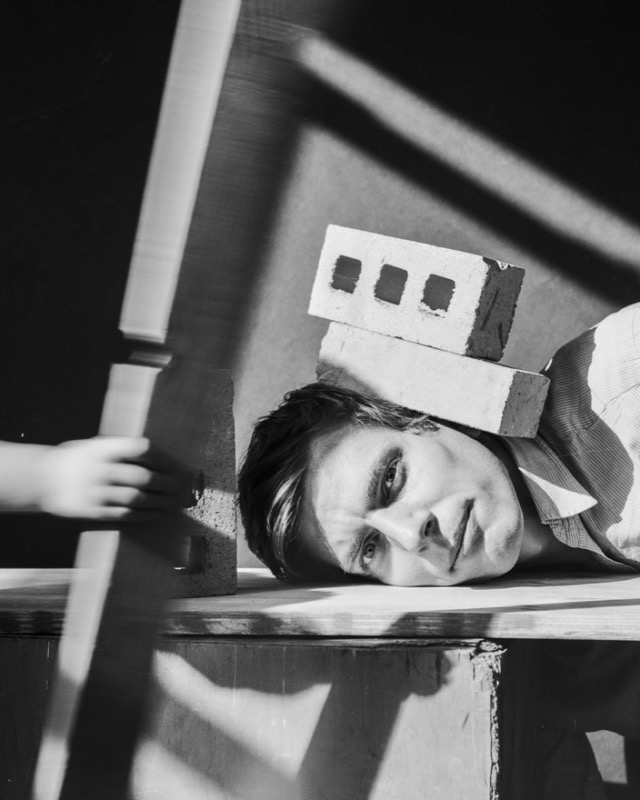 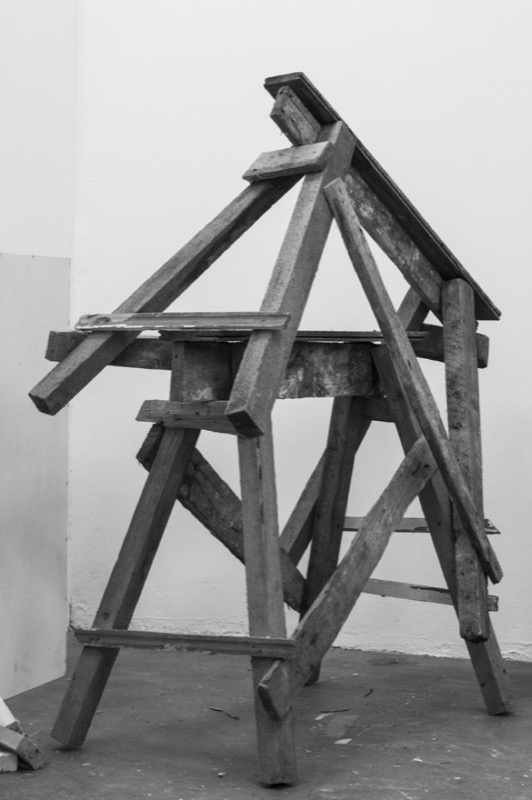 The exhibition is practically the portrait of a man who is all but crushed by doubt and despair, who – sometimes out of recklessness, sometimes on account of his insecurity – is running head first eyes shut down a road he keeps drawing for himself, seeking a way out from under the distressing burden of the goals he set for himself. The portrait of a man who faces this numbingly difficult yet ethereally graceful, perfect moment.