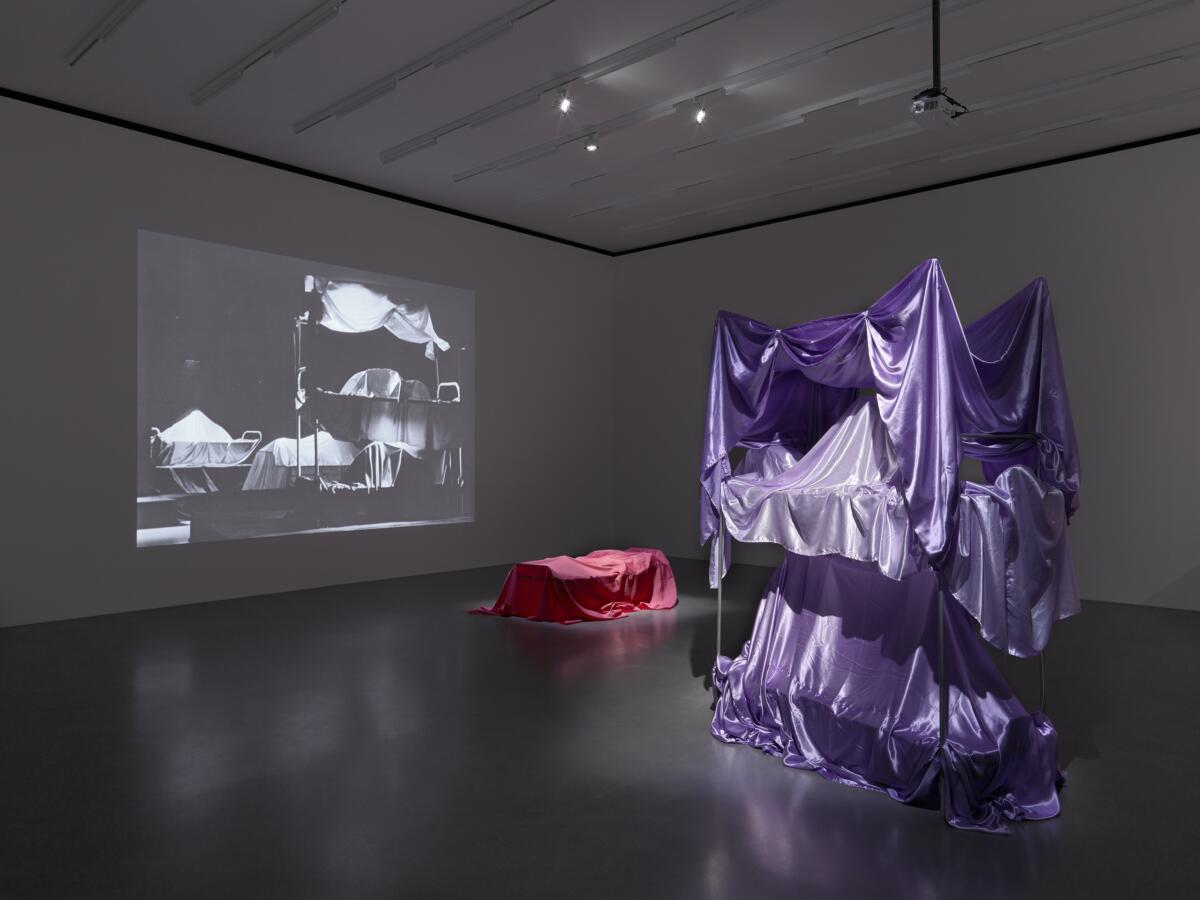 Feliza Bursztyn: Welding Madness is the first museum retrospective of Colombian artist Feliza Bursztyn (1933 Bogota, Colombia–1982, Paris, France) to be presented outside her home country. Bringing together approximately 50 sculptures, films, installations, and archival material, most of which are shown for the first time in Europe, this ambitious, career-spanning survey at Muzeum Susch positions Bursztyn as one of Latin America’s most important sculptors of the 20th century.

A pioneer in kinetic sculpture, Feliza Bursztyn created wrecked metal sculptures with ghostlike yet comical humanoid traits that addressed the social effects caused by the aggressive modernization of Colombian society. Composed of industrial junk, often motor-animated, these works perform a theater of dystopian industrial hybrids. Bursztyn’s immersive installations are characterized by their disconcerting mechanical sound produced by the frenetic vibration of the sculptures, as well as by occasional music scores accompanying the pieces. The artist’s works and sculptural mise-en-scènes enact sites of aesthetic resistance and antithetical political investment, creating a unique experience that raises awareness on the situation and the perception of women in a male-dominated society and reveal the troublesome face of modernity. 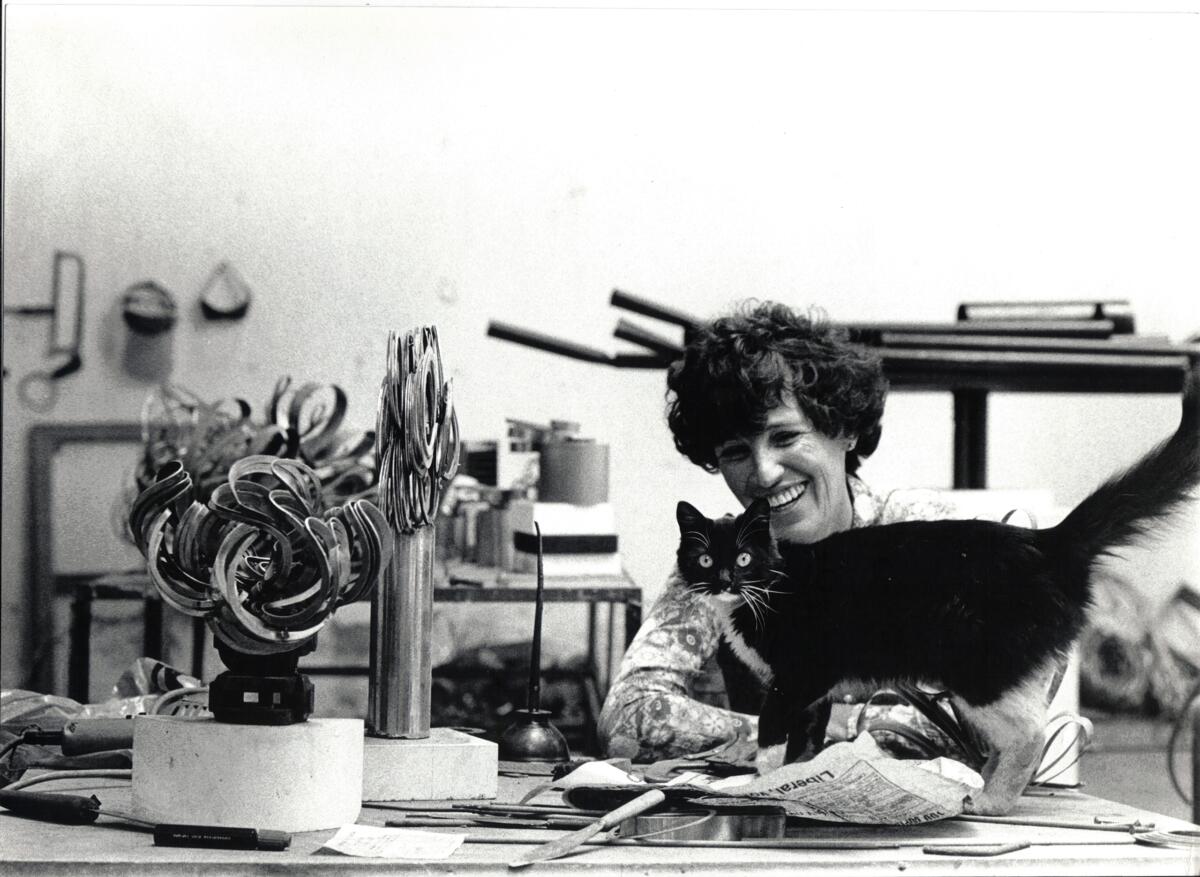 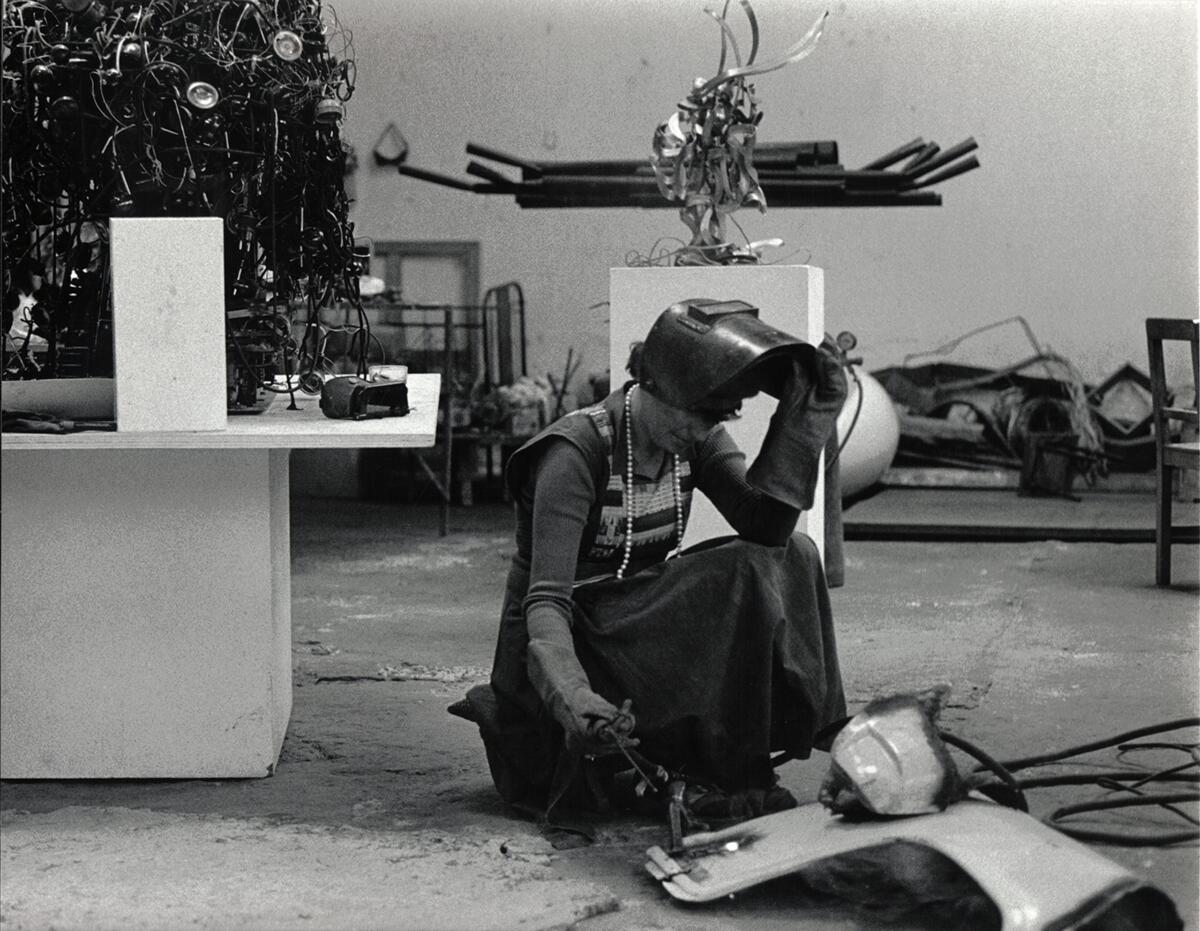 Born Jewish in a Catholic country, the child of Polish immigrants, and a feminist in a country dominated by the conservatism of the church, Bursztyn was an outsider. It was from this position that she witnessed the rapid industrialization occurring throughout Latin America in the postwar era. An ardent supporter of the Cuban Revolution, Bursztyn was skeptical of the pervasive enthusiasm among political and cultural elites for developmentalism which, in her view, exacerbated extant social and economic divisions. Married at nineteen and divorced with three children at the age of twenty-four, Bursztyn rejected the circumscribed nature of women’s lives in Colombia and intentionally flouted social mores, embracing the mantle of La Loca (the mad one), as she was dubbed by the press. Her political views informed the material and the content of her sculpture driving her to challenge the social and artistic status quo.

Bursztyn’s art and life were deeply and constantly intertwined. Her parents, Polish Jews, set out in 1933 for South America. When they reached Columbia, they were greeted with the news of Hitler’s victory in Germany’s parliamentary elections and decided to stay. Feliza was born the same year. Her father, trained as a rabbi, established himself as a textile manufacturer and became a leader within the city’s tiny Jewish community. His rapid success afforded his daughter the opportunity to study art in Bogotá and later at the Art Students League in New York, as well as the Académie de la Grande Chaumière, Paris. This position of relative privilege allowed Bursztyn to travel widely, which she would continue to do throughout her life. Thus, she became familiar with contemporary artistic developments and established relationships across the United States, Europe, and Latin America.

Her studio in Bogotá – a converted garage next to her father’s factory – became a meeting point for artists, writers, journalists, musicians, politicians and critics. It was there that she produced her first Chatarras (Junk Sculptures) in 1961. Bronze – the material she was trained to work with in Paris – was scarce in Columbia, leading her to turn to junkyard scraps and work with discarded fragments of machines, tires, cables, bolts and other metal bits. She would use these materials throughout her career adding hand- dyed fabrics, motors, light, and sound to produce increasingly complex, room-sized installations. Eventually, Bursztyn produced immersive, experiential spaces: her sculptures clung to walls, hung from ceilings, perched on stages and carried out choreographed dances set to music in dramatically lit and adorned rooms. In multiple ways, her works were intended to disturb, provoke, push the limits, and reject the status quo. She collaborated with writ- ers, experimental musicians, filmmakers, and theater directors in works that drew inspiration from sources ranging from the natural environment and popular culture to psychoanalysis. 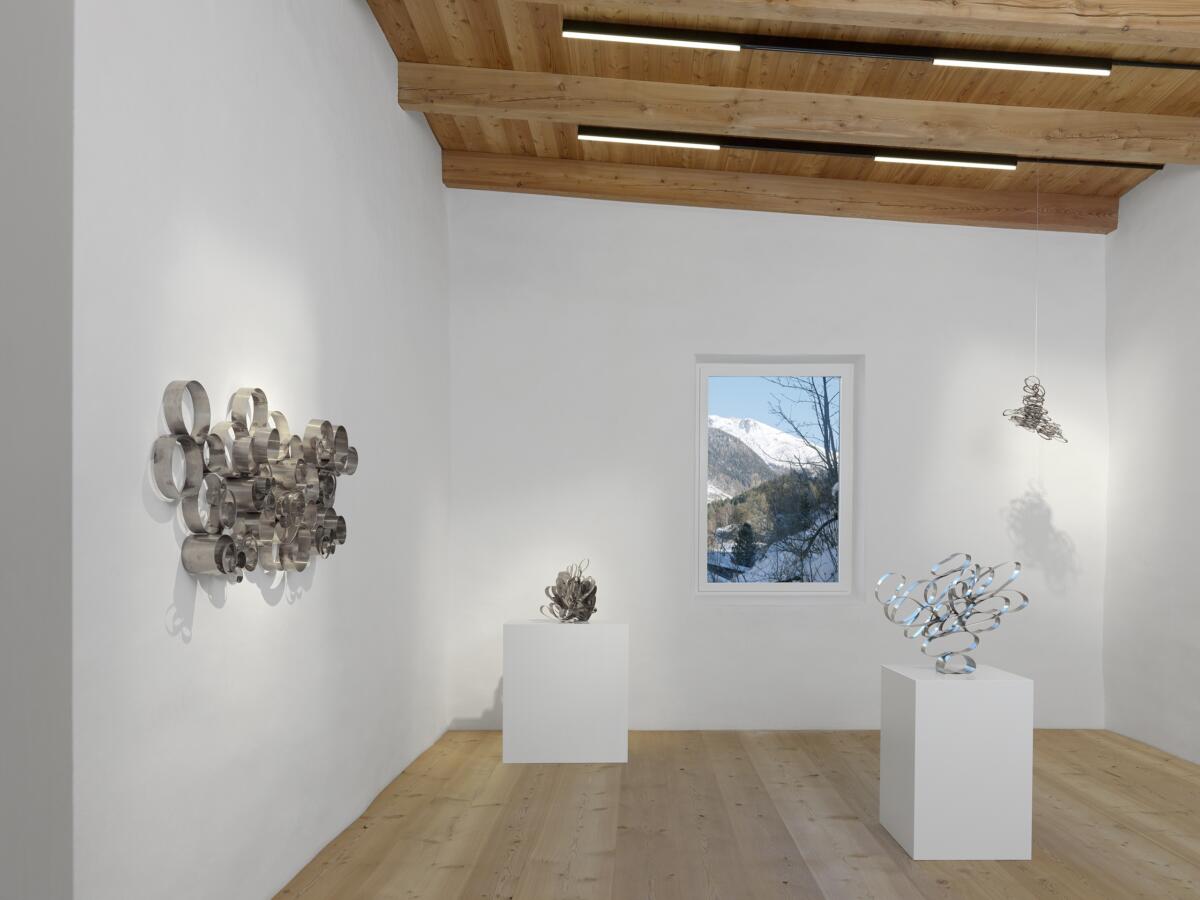 Bursztyn’s political views, extravagant lifestyle and her vociferous support of left-wing thinking and causes resulted in her frequent questioning and occasional detention by the state security forces. Following an arrest and two-day detention in 1981, she fled the country and was granted political asylum in Mexico. She emigrated to Paris the following year where she died suddenly at the age of forty-nine.

Feliza Bursztyn was a pioneering Colombian artist active in the 1960s and 1970s whose kinetic sculptures revolutionized the South-Ameri- can art field alongside the work of her better known contemporaries Gego and Mira Schendel (all three shared the experience of the Jewish diaspora).

Her art and life were deeply and constantly intertwined. For Bursztyn, art was a language to convey politicized content and a means of actively opposing and commenting on women’s rights in a post-co- lonial society. Her daring, somewhat extravagant lifestyle – unseen in the patriarchal, catholic society of Colombia at that time – and her vociferous support of left-wing thinking made her push material, technical, and aesthetic boundaries in ways that changed Colombian art. What is so striking and so original in our perspective, however, is the way in which she combined and interrogated ideas about art, machines, craft, modernity, and labor through the lens of hysteria – a term which, since the 19th century, has been used to describe female instability, abnormality and emotional excess.

This term not only became the topic of her works, e.g. in one of the most stunning series’ of sculptures Las histéricas (The Hysterical Ones) that she created in 1968, but also a very clear artistic strategy. What is more, it also became a way for Bursztyn to critically thematize the irrational, extremely fragile and ambiguous nature of modernity. There’s no doubt that she was both a political activist and a feminist, in ways specific to Colombia but also tied to international conversations about art, politics, and gender. Feliza Bursztyn: Welding Madness happening at Muzeum Susch is an unprecedented occasion to discover an artist whose story and oeuvre challenge and expand existing definitions of Post- War abstraction, “Latin American Art”, feminist artistic practice, and politically engaged artwork. 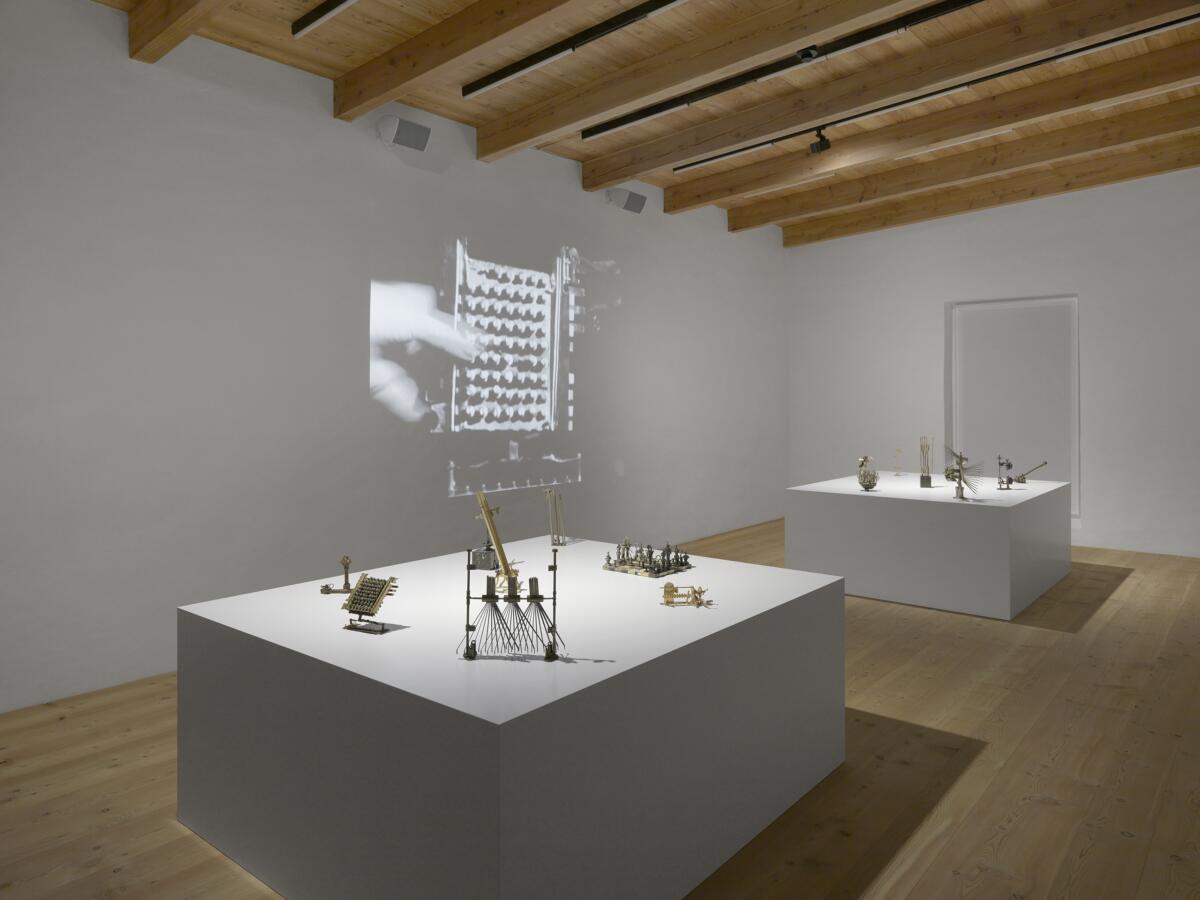 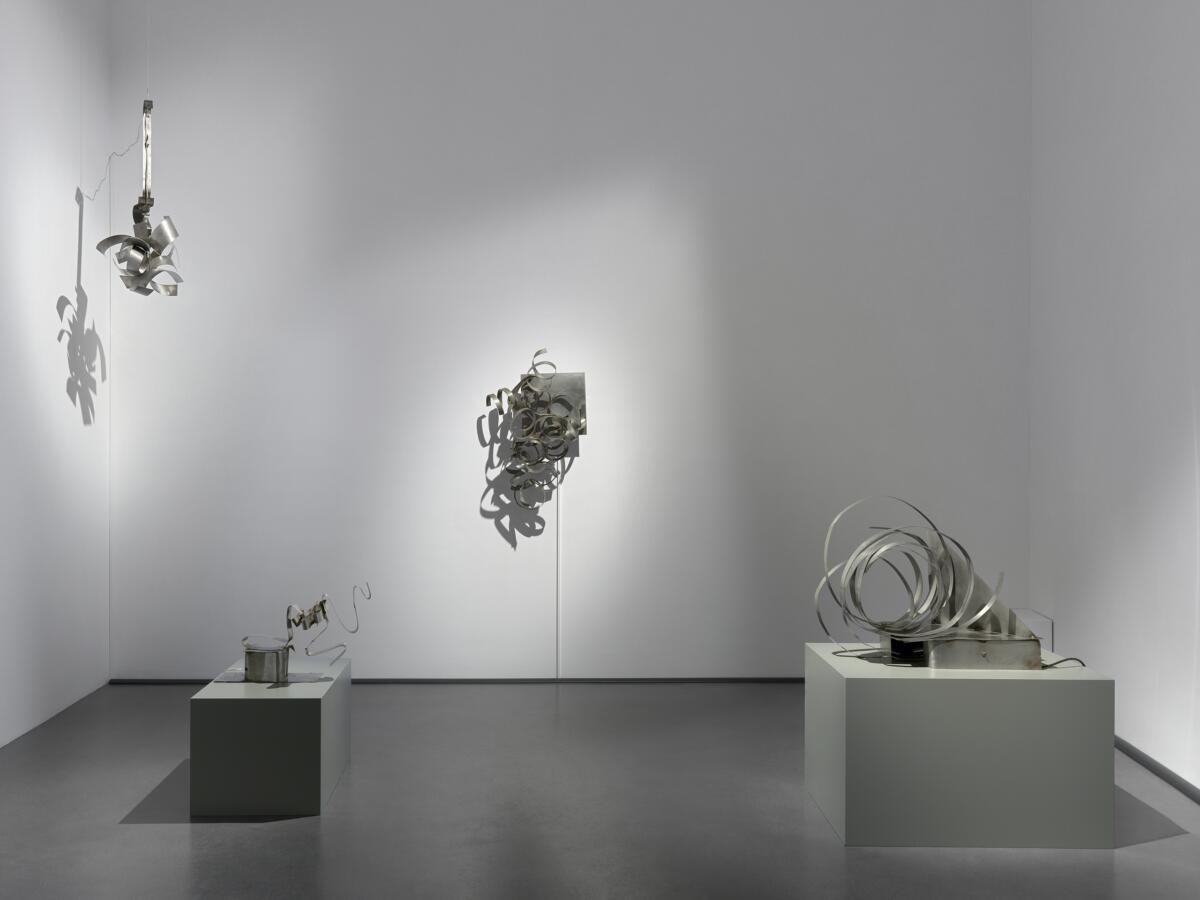 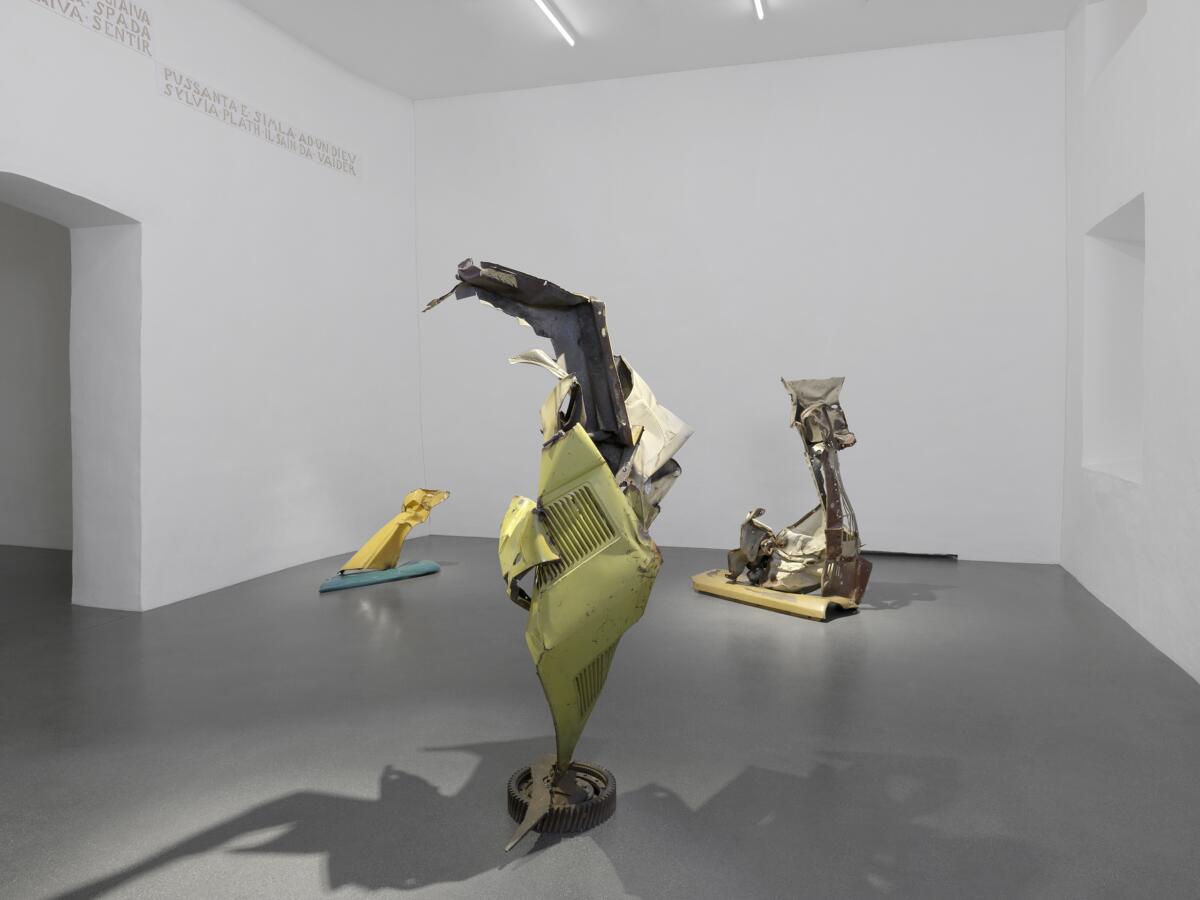 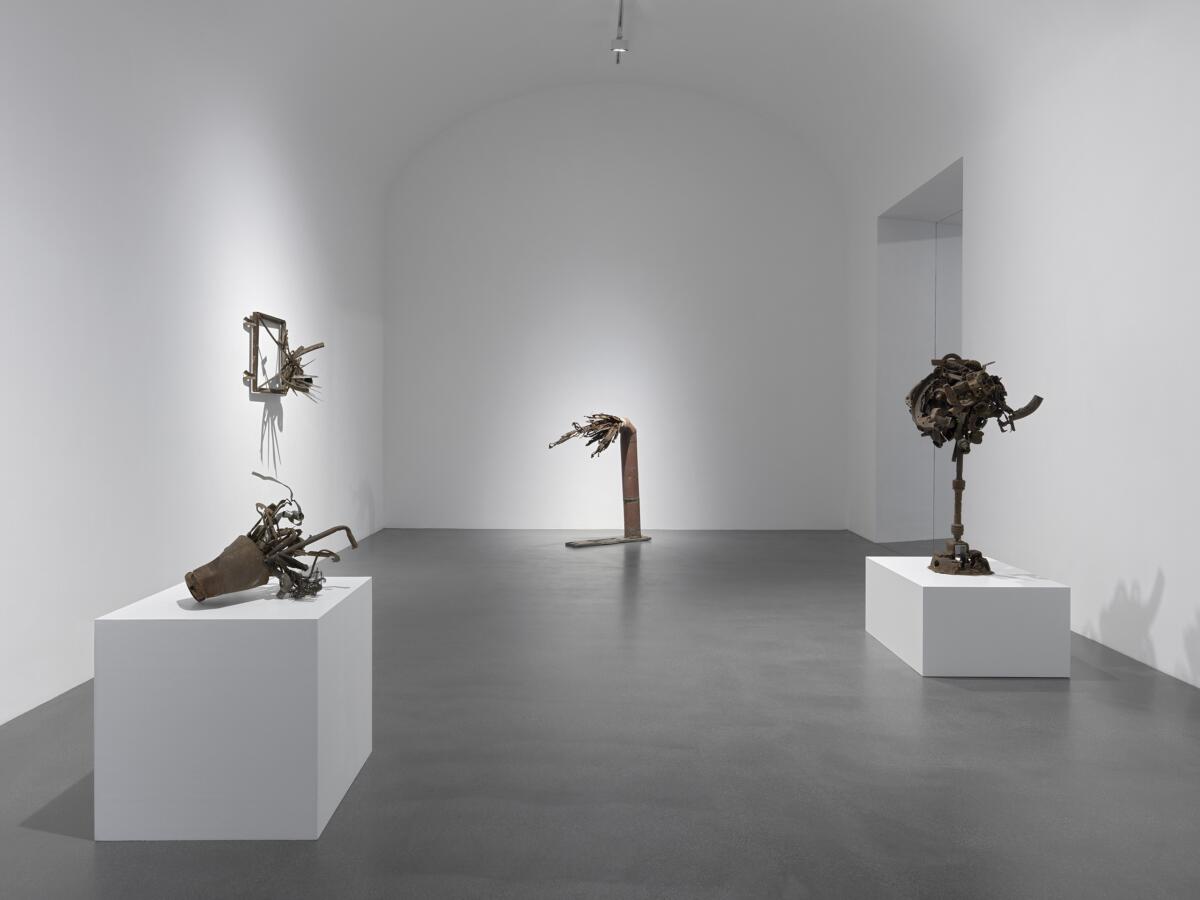 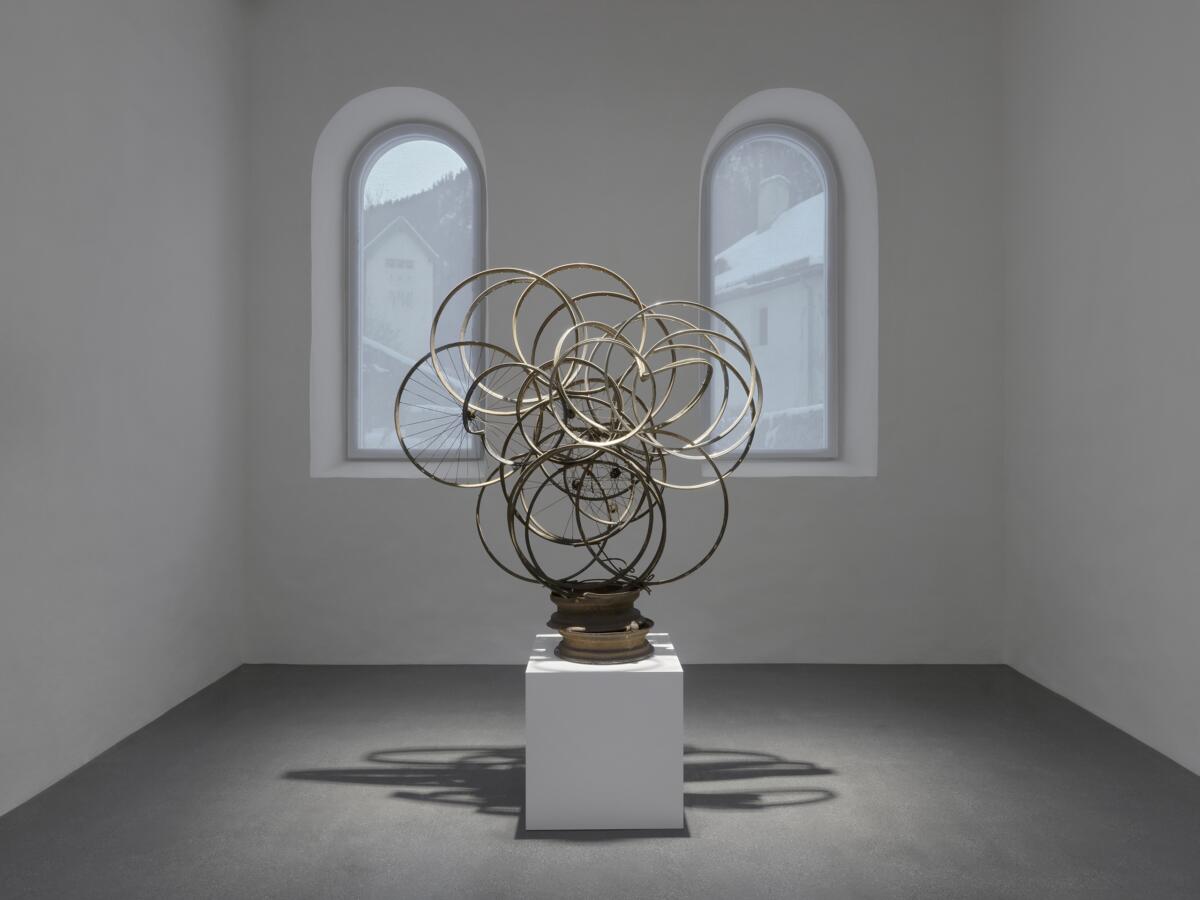 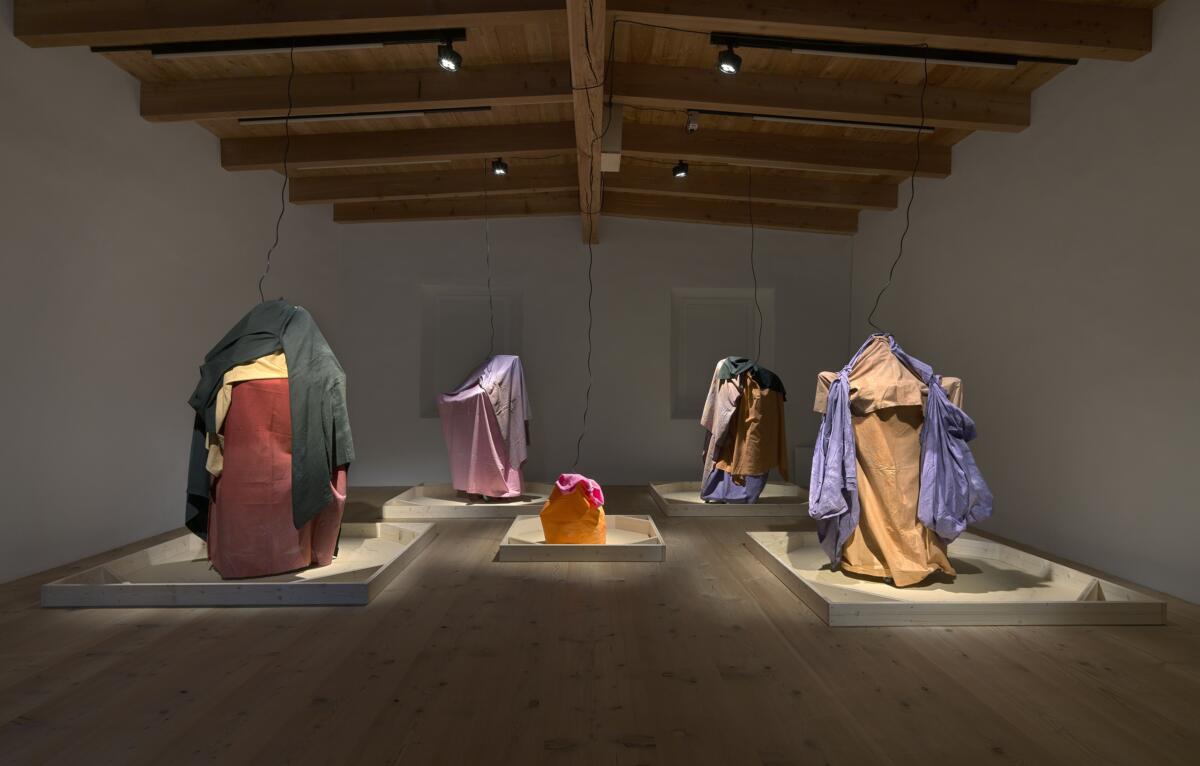 The exhibition Feliza Bursztyn: Welding Madness is curated by Marta Dziewańska and Abigail Winograd. It will be accompanied by a fully illustrated book published by Skira.