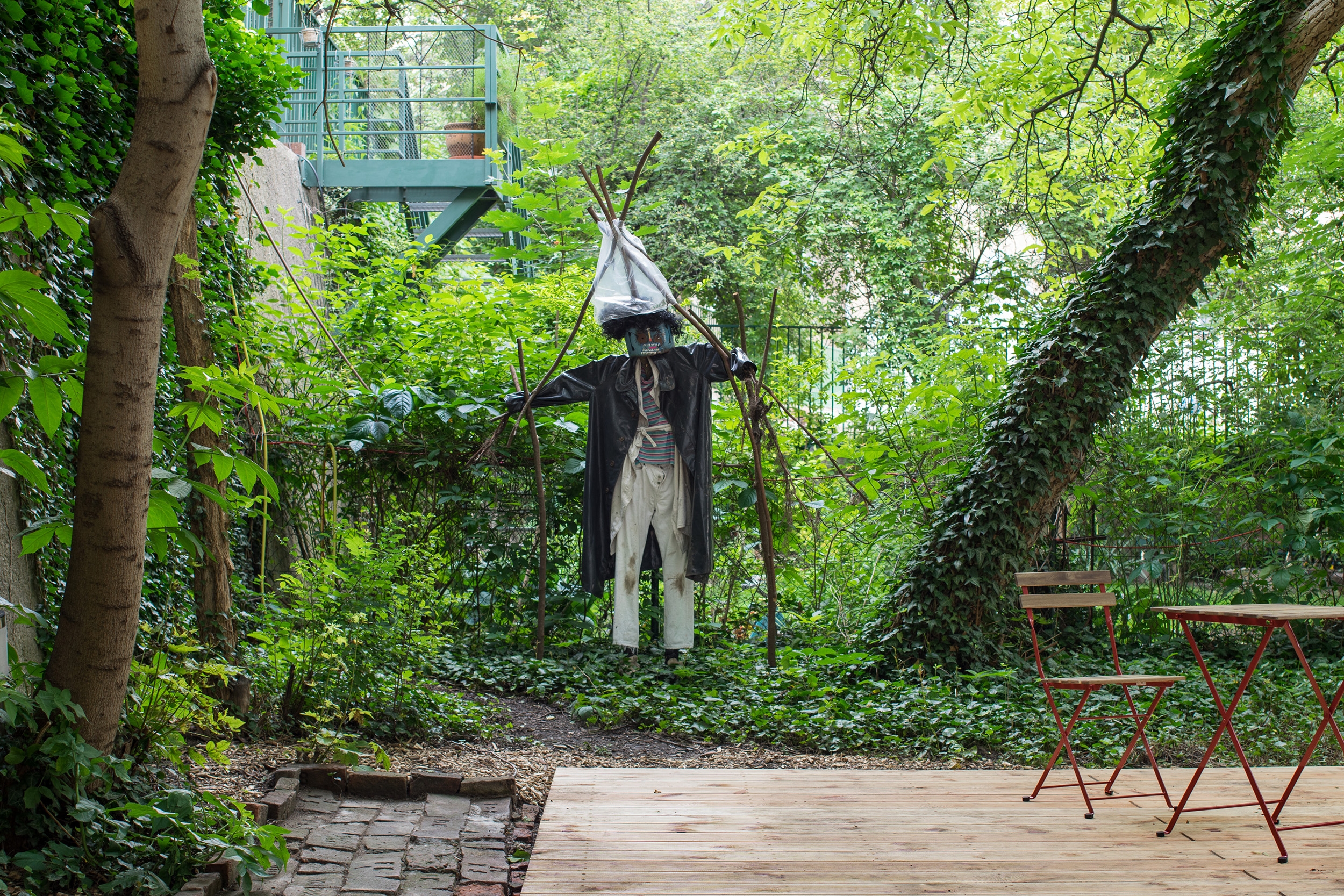 As spiders weave their webs of decay and renewal, a tumultuous dialogue with a volcano commences. Metallic filaments burst from bricked walls, bulbous sacks buckle under the mass of foraged organic matter, and mushrooms sound their umami symphony. The occult cards were right; arsehole hegemony would one day be overthrown. The garden was now guarded by a sad-looking scarecrow and ivy with a peculiar taste in acid. Butterflies began dancing, drunk with nectar. A hospital for plants was built, overlooking fragrant pillows of greenery as the fungus spored and grew in unexpected shapes.

These past few months provided a strong alibi for further socially distancing myself the fuck out of human relationships as I would watch life go by through an open window, observing it through the staked fence. At points, the solution seemed to be to step down, descend, and hide in the basement until the threat dissolves, to conceal the fruiting body and stay a spread-out filament, underground.

Once on the lower floor, observe Adelaide Ruff‘s anatomies, portraying the biological and chemical concepts of ‘half-life’ and their converse, ‘doubling time.’ They represent growth/becoming and loss/degradation. Like the turning of leaves, weaving a web, or the decay of flesh to bones – in the order of the natural world, a cycle of life/time results in balance. Like past lives still producing an echo, they feel to me as if intensely longing for an eruption, waiting for their climactic scene.

The sentiment of longing finds its echo in the garden, in the hunger for growth. At points sending each other emails titled ‘Fwd: Kakosty,’ other times mixing yoghurt with moss blended in a mixer, applying it with bare hands onto blocks of concrete, for it to become a thick layer of mold of the consistency of vaned feathers – Jitka Tomsová has been spending the past weeks working with our team, trying to revive our courtyard.

The motive was clear: to work with what’s already present, within the authentic context, the thirsty trees and their impermeable shade, the intolerant ivy, within the usual financial constraints. We tried to disarm the arsehole hegemony, and instead create a multi-faceted place of different natural battles, libidinous allure, relentless growth and decomposition, contagion by a mushroom, and various forms of consumption in a system that would partially self-regulate. The geraniums planted under the looming white feet will eventually create fragrant pillows, benefitting from the shade. A meadow is growing next to the glasshouse, deliberately placed to attract bees and different pollinators, Buddleia, a ‘butterfly bush,’ calmly waiting in the corner to spring into action. The ivy will continue to suffocate perhaps whichever neighbour it reaches. 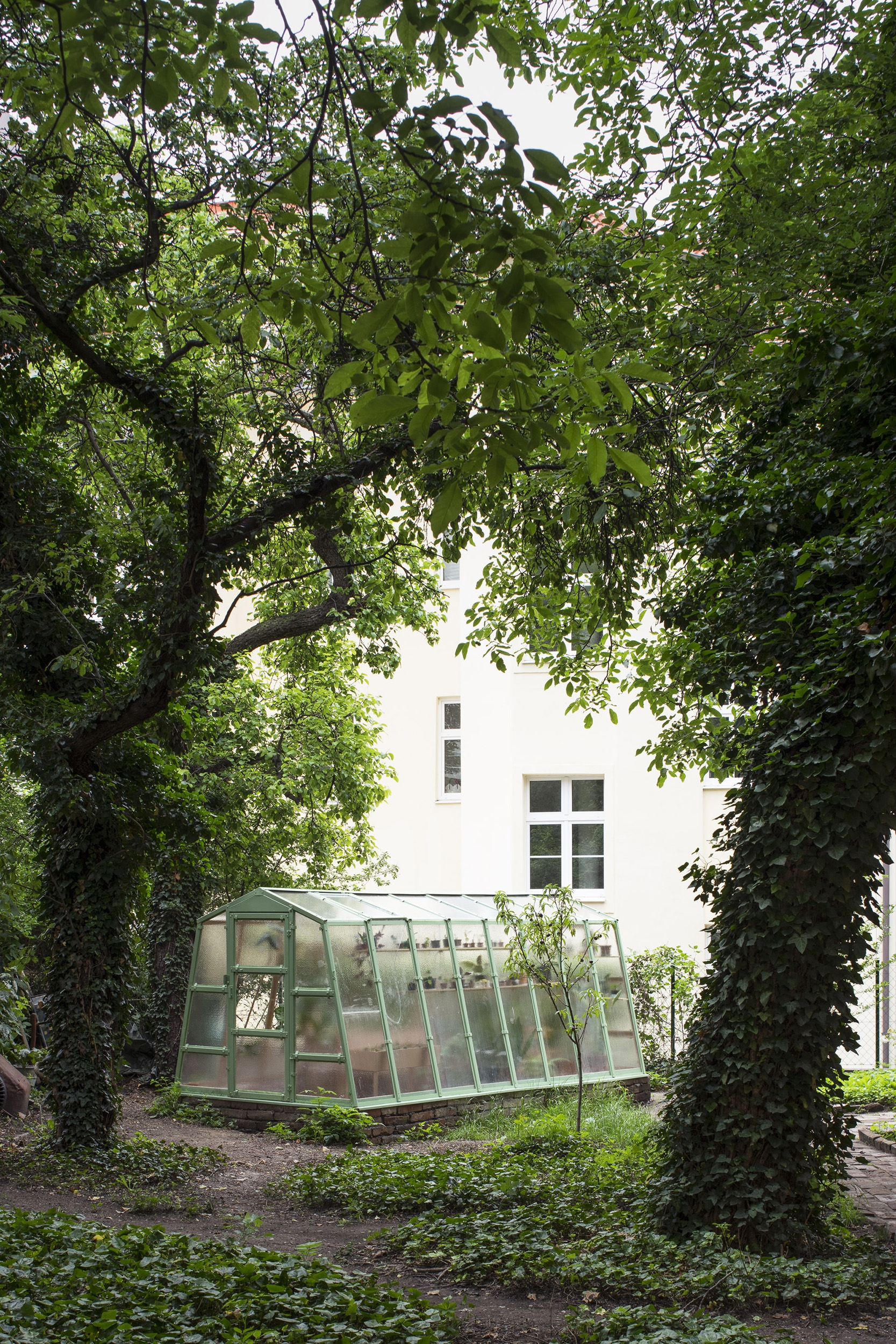 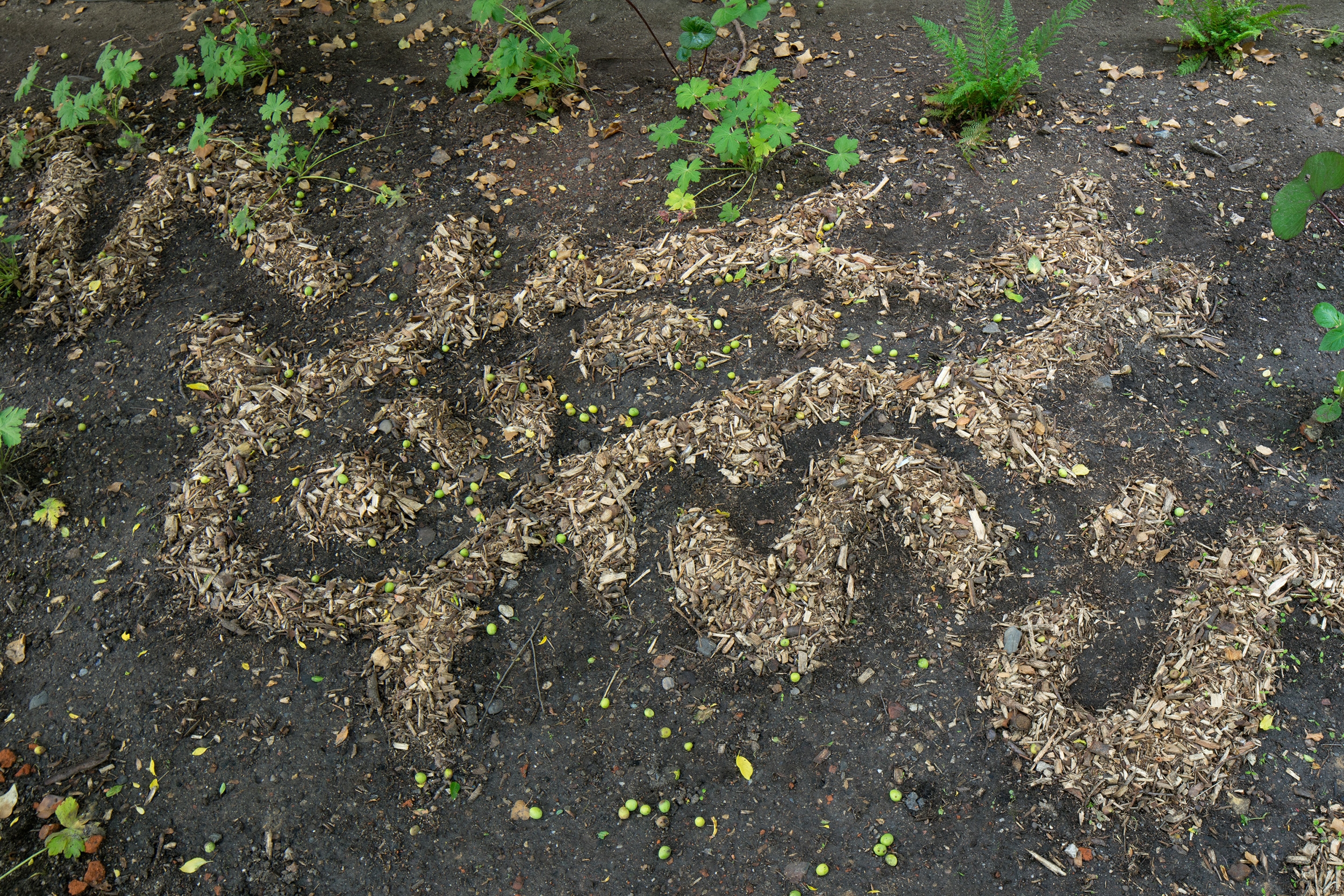 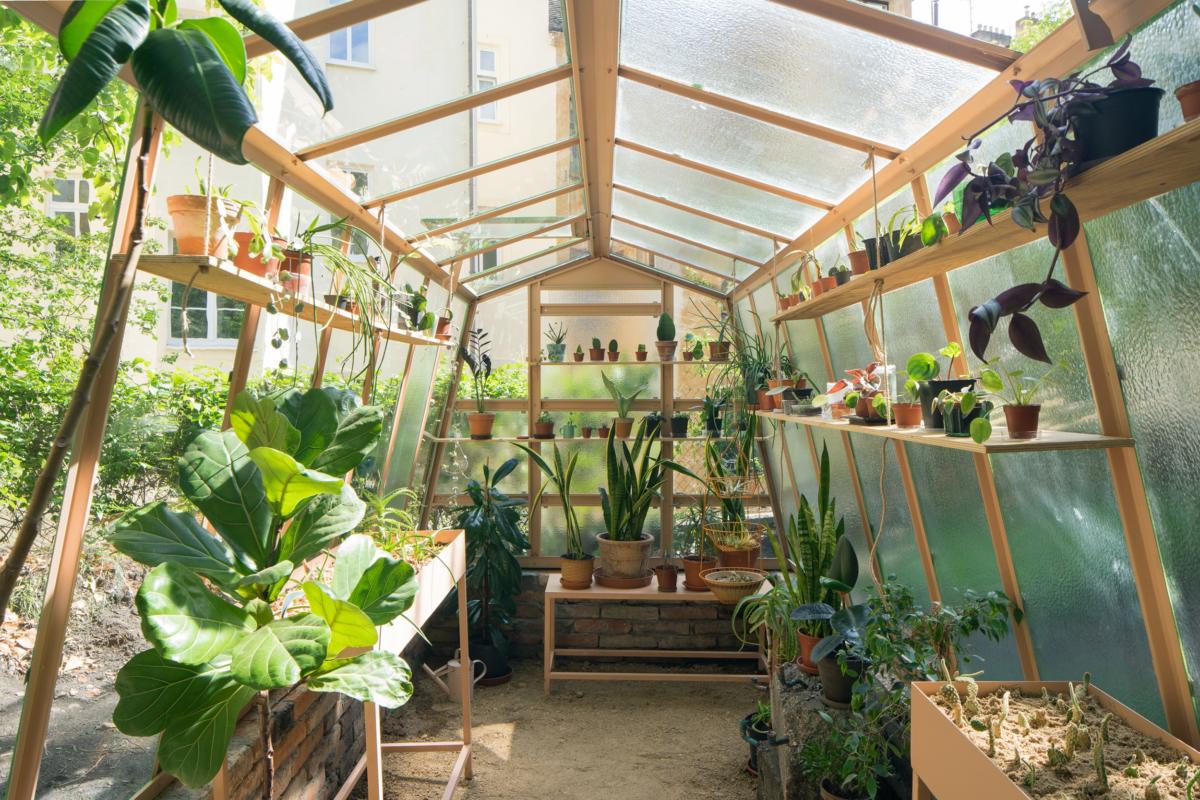 Different human works spill into our greenery from the guts of the building. Garden giant mushroom working alongside the Mycological Twist, forming a shape of an amoeba, is supposed to act as an interspecies meeting symbol. For now, the fungi are slowly decomposing the woodchips they are placed on, and at some unspecified point in the future, they will fruit, following the prepared shape. A terrifying human-sized scarecrow by Václav Girsa looms in front of the newly built terrace.

Paradoxically, one’s wish for a fragment of green life in the comfort of the home causes a palpable ecological burden via transportation. The particular level of stress inflicted on the plants later causes various ‘illnesses’ that may break out once we bring them home. Chlorofyl (Nikol Hoangová and Julie Slaba) attempt to save these ‘visitors’ and propagate them locally. For this reason, they re-fashioned a greenhouse in the garden of FUTURA from second-hand pieces they found in online marketplaces.

We found out that even though it had seemed to us as a barren landscape, there has always been life hiding in the bushes. The two cats, who have been entering the building whenever they fancy, the blackbirds hoping to exterminate every single earthworm, the unceremonial weeds, always finding a way through. Gardening emphasises the process of growth; therefore, it would be a shame not to meet here together again, dear reader, to see just how much the baby plants have grown towards the closing of the exhibition.

During a three-day-long eruption of the volcano on the Greek island of Nisyros in 1873, a crater formed and ash and blackish mud were ejected. A saline lake was born. Then in 1888, clay, lapilli, and steam projected out of the earth. In 2018, with a geologist named Helen, we sifted through the scorched soil in its crater, avoiding the few lemon-yellow fumaroles covered in crystalline sulphur. I was helping Helen measure resistance to find out whether there were pockets of water present underneath our feet.

Here, on Nisyros, I first met Václav Girsa, who also took part in the organised artistic symposium. In his Conversation with a Volcano, he brilliantly approaches and scrutinises the same volcano that I momentarily helped analyse using sticks of metal. I suspect I took the profane path, unlike Vaclav, who, in his projected slides, greets the volcanic entity (Ahoj sopko, rozcvička), asks questions that are intimate (are you male or female, does any being live within you), educational (do volcanoes serve as a means of regulation of the temperature of the planet) and existential (will humanity survive the year 2050?), using automatic drawing to inscribe its prophecies.

The Mycological Twist (Eloïse Bonneviot and Anne de Boer) often go foraging, collecting polypores, and other organic material on their way through forests. The three enormous bags on the lower floor, filled with elderflower, nettles, wild rose, linen, thistle, clover, blackberry leaves, ribwort plantain, and maple seeds, were acquired through a similar process here in Prague. Each exhibited edition is a negotiation with the natural environment, as the host institution has to go and forage for edible and medicinal plants in its surroundings governed by the temporary availability of herbal material. Just like Hansel and Gretel, the location cues to find a way back in a dark forest come from noticing the flowering and germination patterns one gets to observe when wandering, forming a mental map of the woods or a park. 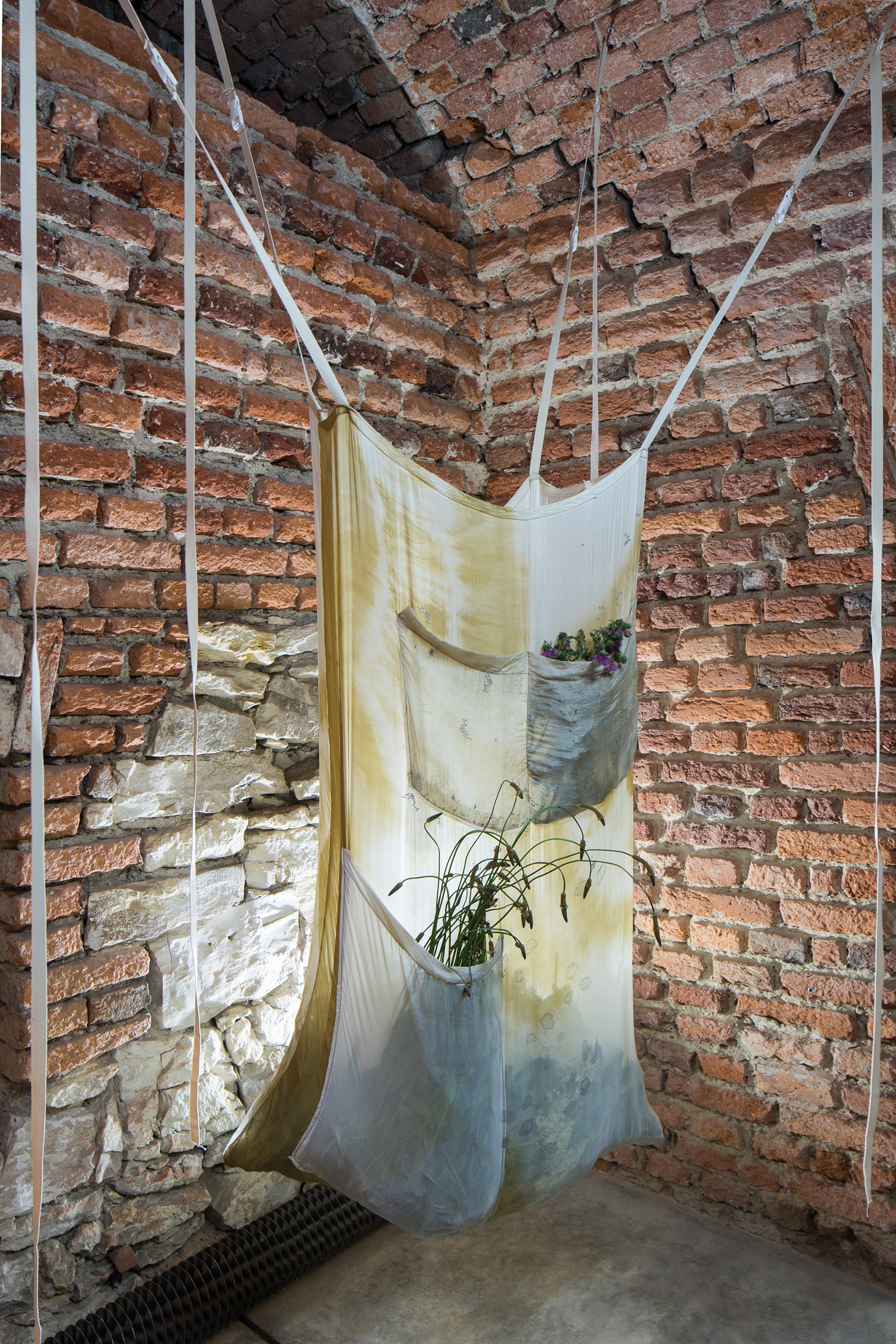 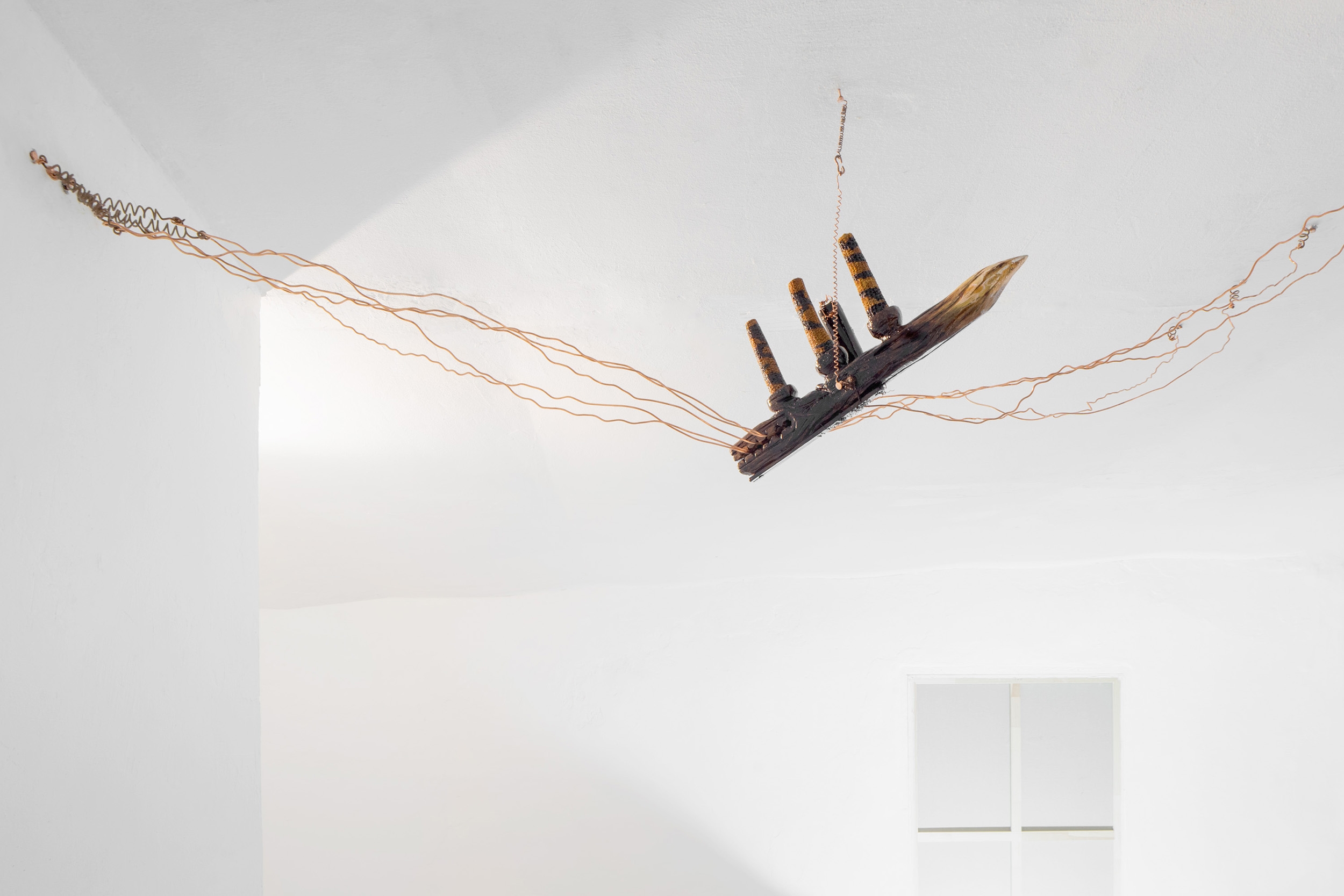 Czech forestal culture is admittedly peculiar, as many of us seem to find enjoyment in the unforeseeable hunt for the mushroom’s fruiting body. (You are probably aware, though, that most of the fungus is located underground, in the form of barely visible filaments, that form mycorrhizal relationships with other species at points and are sometimes as large as entire small countries.)

One has to fantasise about the real-world Congress of European Mycologists held in Czechoslovakia in 1960 and what menu they had for lunch. Reportedly it featured 17 (!) dishes, including a solanka, topinky, pierogi, filled pepper, pudding, cutlets, minced meat – all featuring mushrooms. Czechs have traditionally been making hats from polypores, and one gifted composer-mycologist, Václav Hálek, composed the Mycocosmic Symphony. Hálek was a humble, deeply devout Christian, who knelt once to collect a mushroom to find out he had been illuminated and could hear its music. Protruding from the architectural structures by Tomáš Kocka Jusko and Alex Selmeci, a different work by Hálek, Atlas hub, uncovers the songs of the different Boleti genera that “spoke” to him.

The arched constructions of Kocka Jusko and Selmeci have been forming a kind of phantom architecture, as if operating on a grid that a novice 3D graphic designer accidentally moved, inadvertently creating a cross-section of the old edifice, and also a ghost house. Frequently revolving around the concepts of institution-making, the authors, therefore, invoke a parallel FUTURA altogether.

Again we encounter parts of Fumigator glysis from Jakub Hájek and František Hanousek:

Tobacco glyster, breathe, and bleed.
Keep warm and rub till
you succeed.
And spare no pains for
What you do
May one day be repaid
To you

What a choice to find inspiration in a tobacco rectal colonic, am I right? The objects, covered in shellac and reminiscent at times of swiss knives, little dragon boats, telephones, meat grinders, still remind me of many of the decorative items you find in a cabin in the woods. Still carrying within them the omnipresence of the pipes that they have sometimes been remade from, they surge and spring from the walls and soil from various spots of this journey. Being used rectally, the asses in the garden may perhaps make use of them? 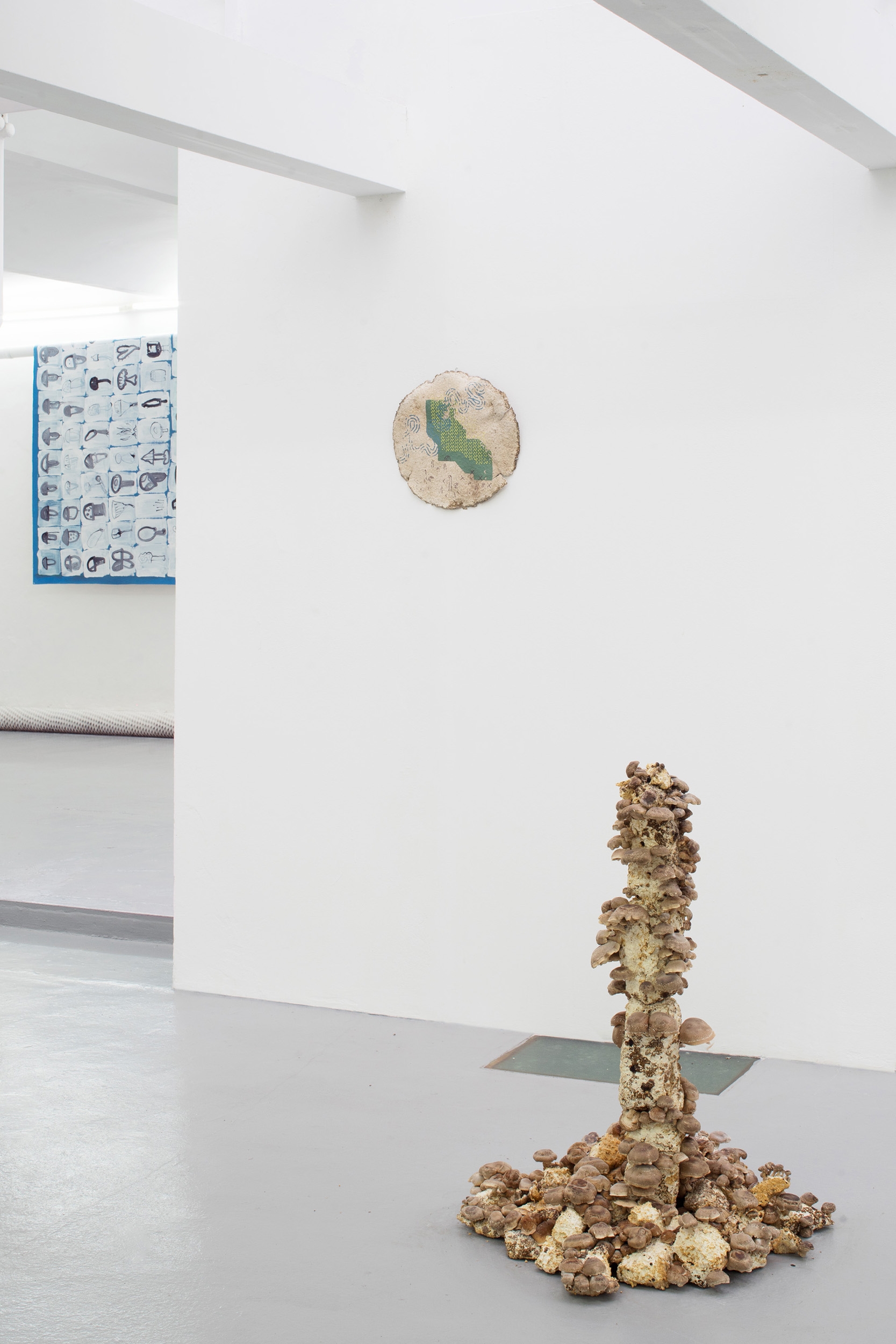 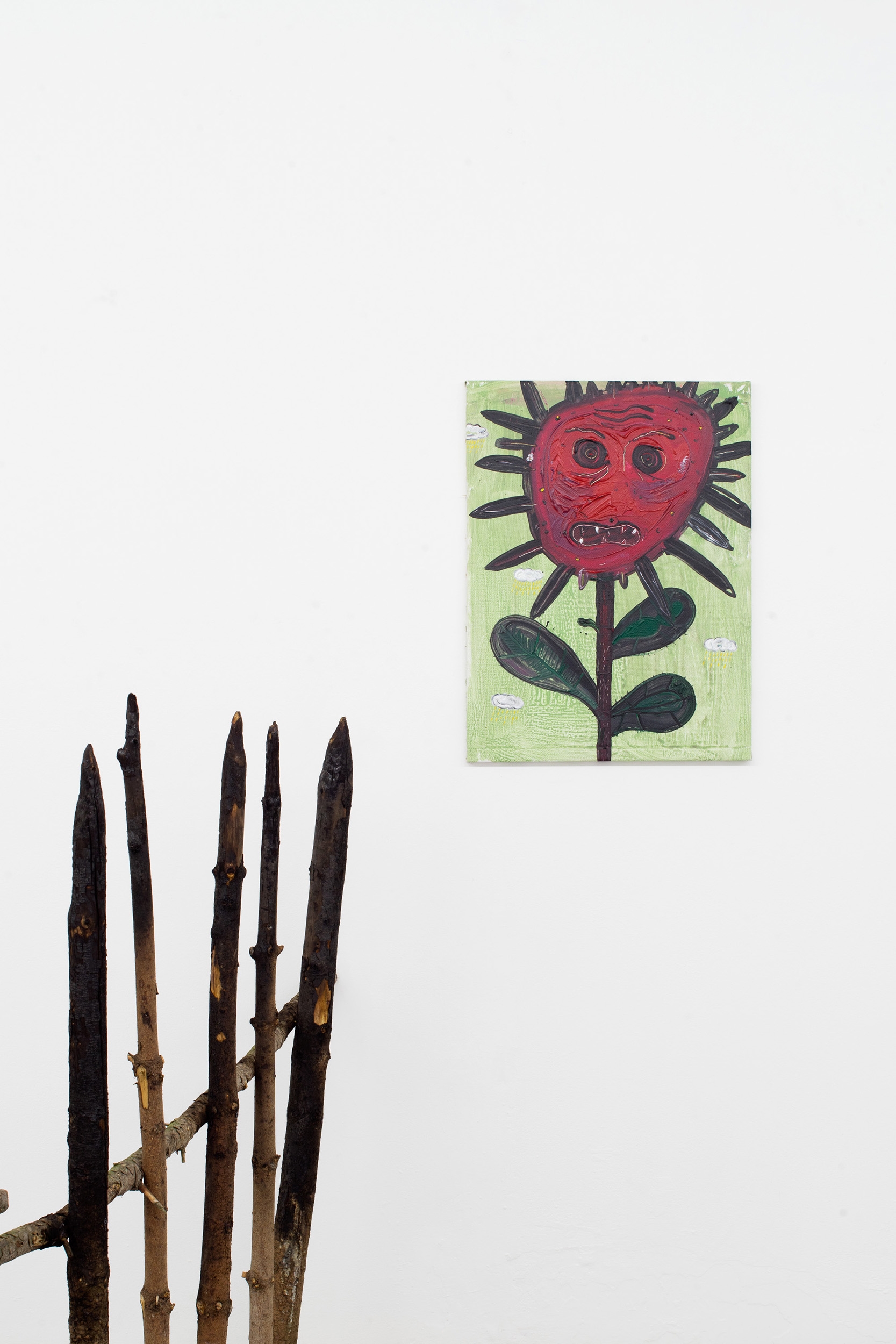 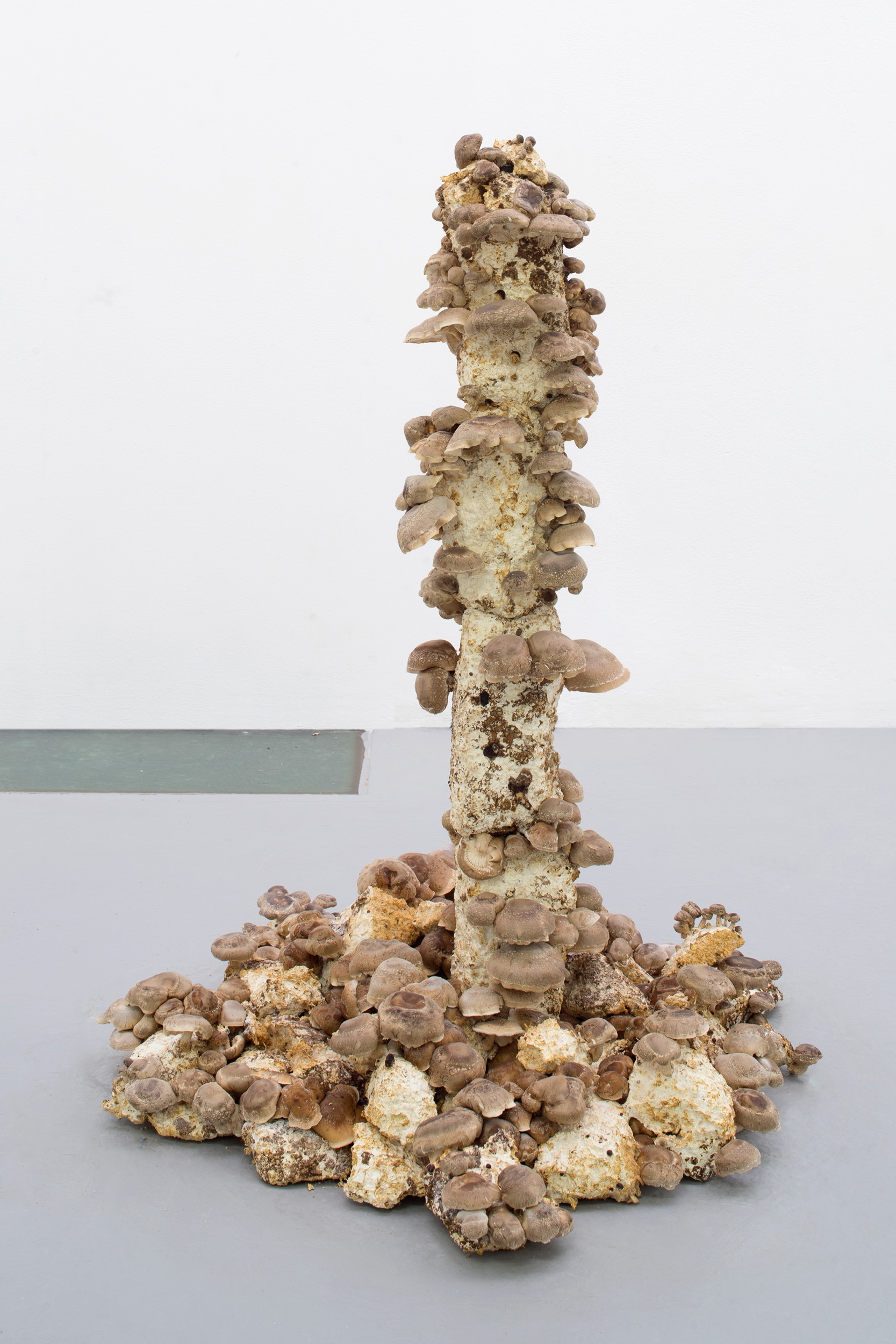 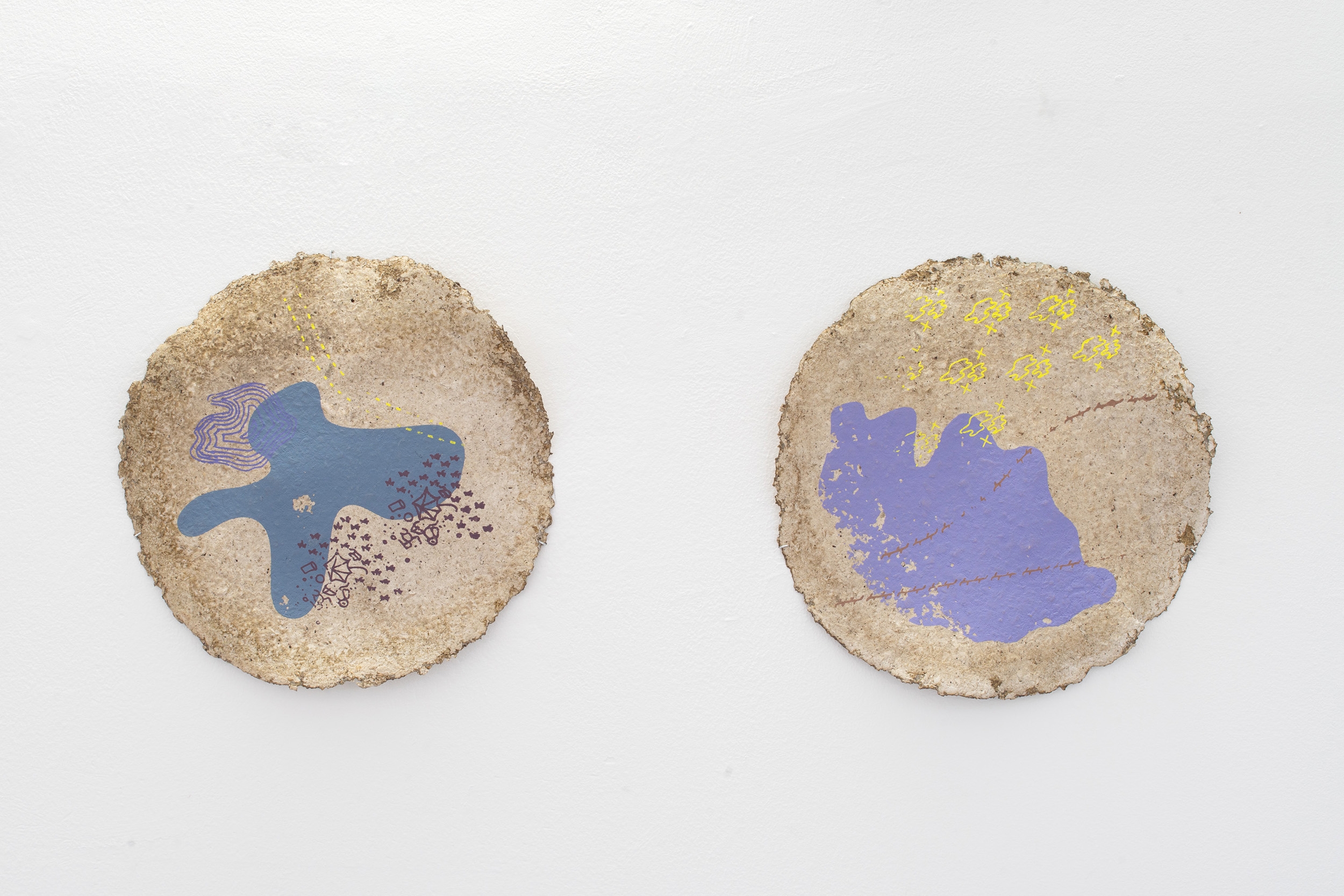 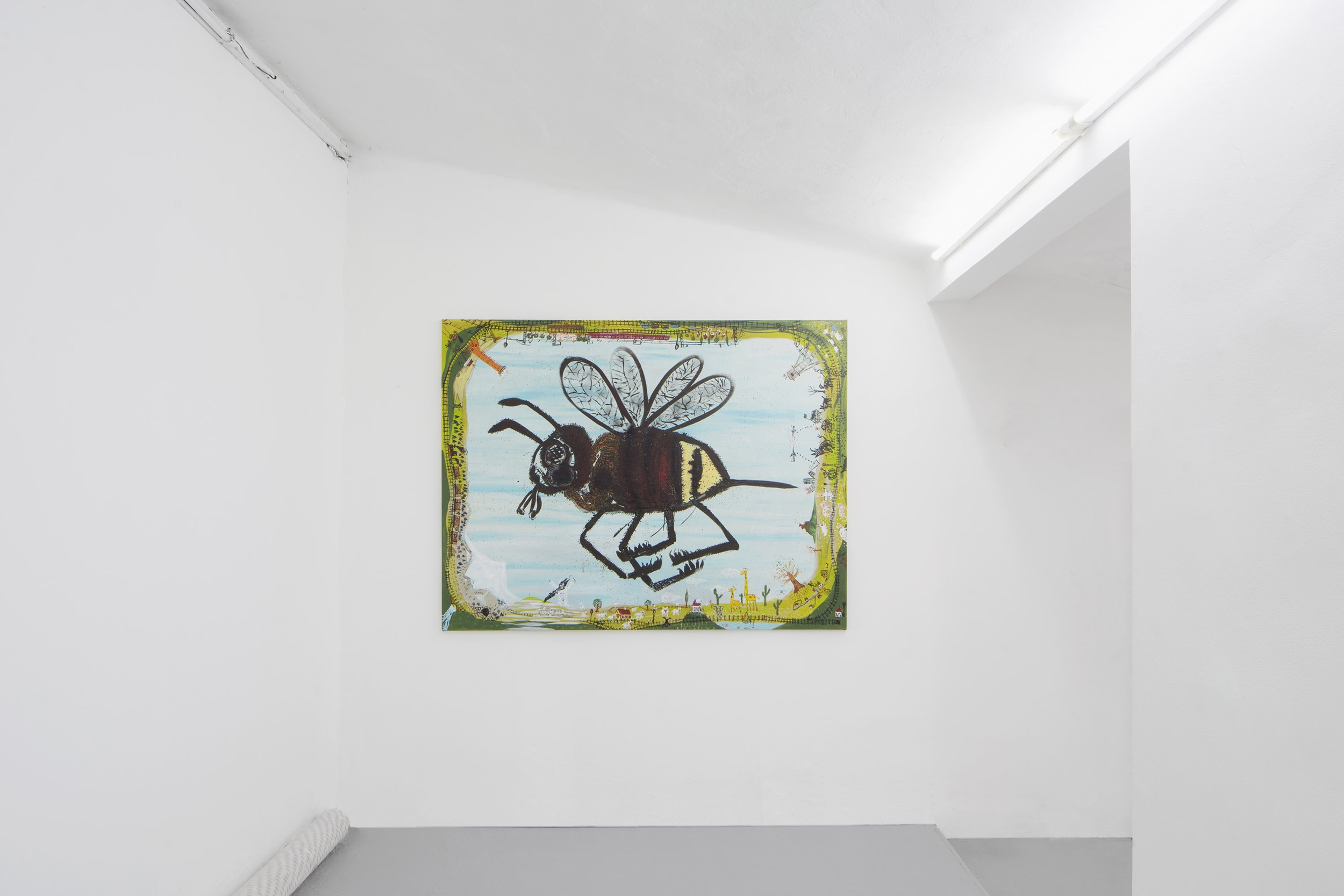 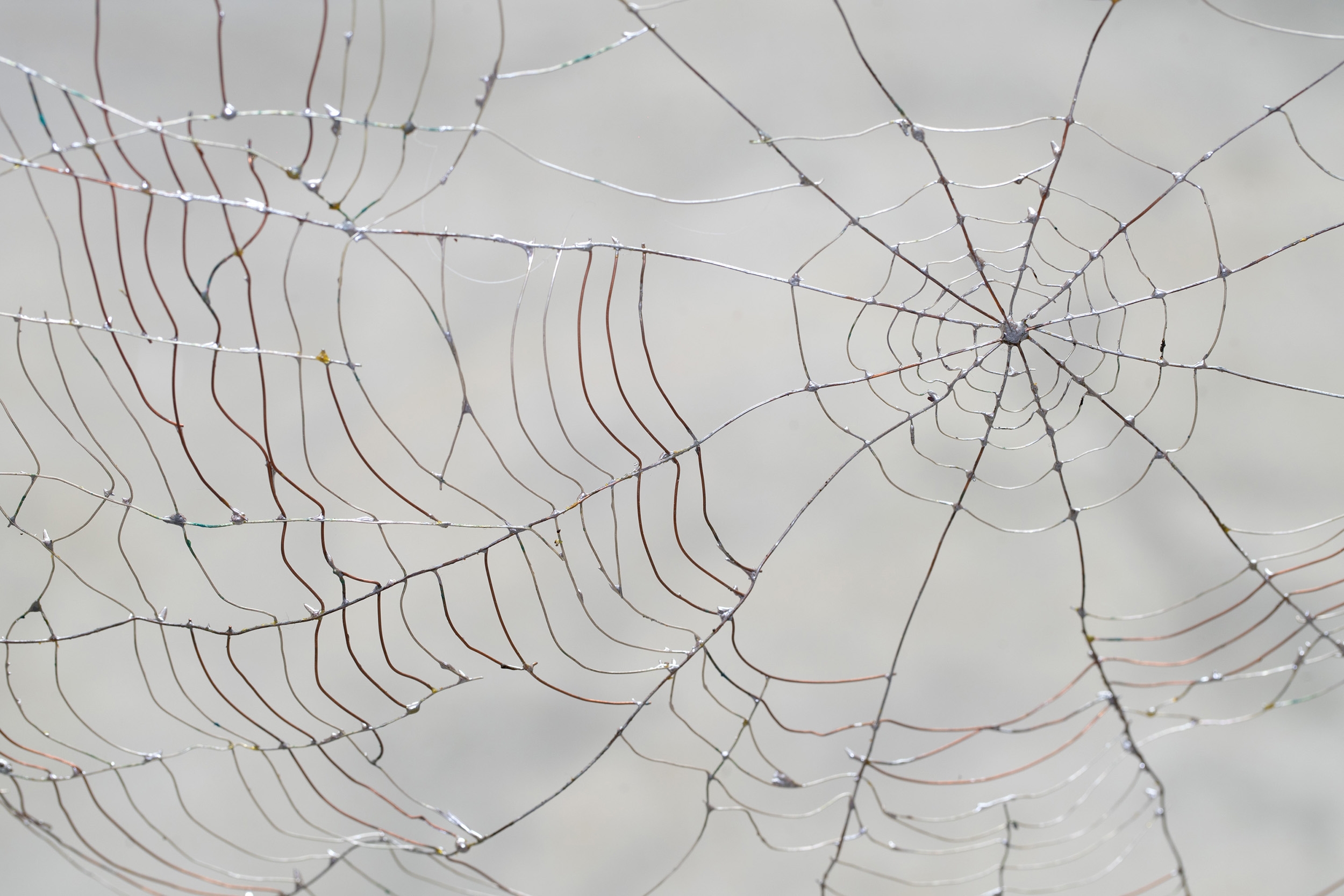 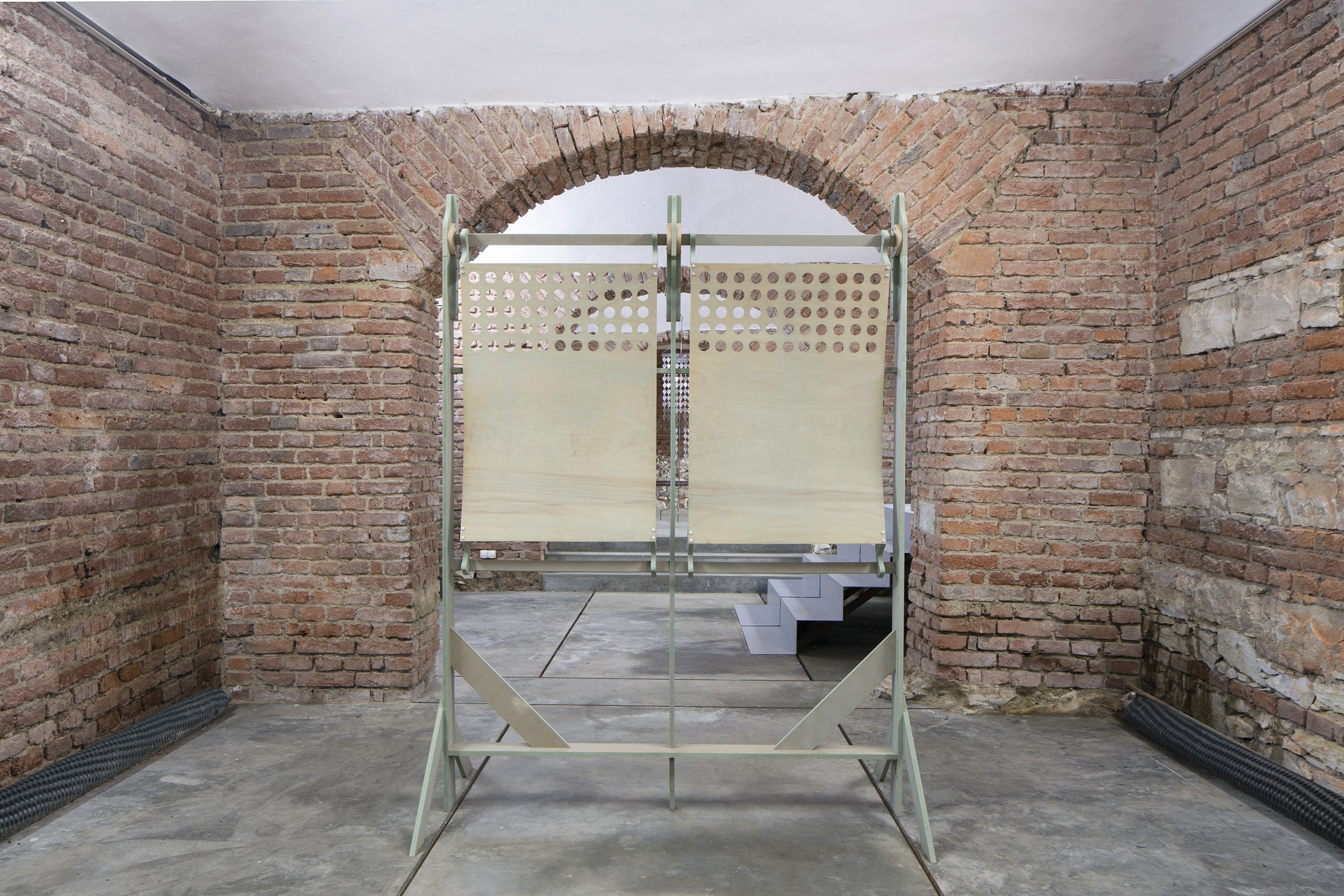 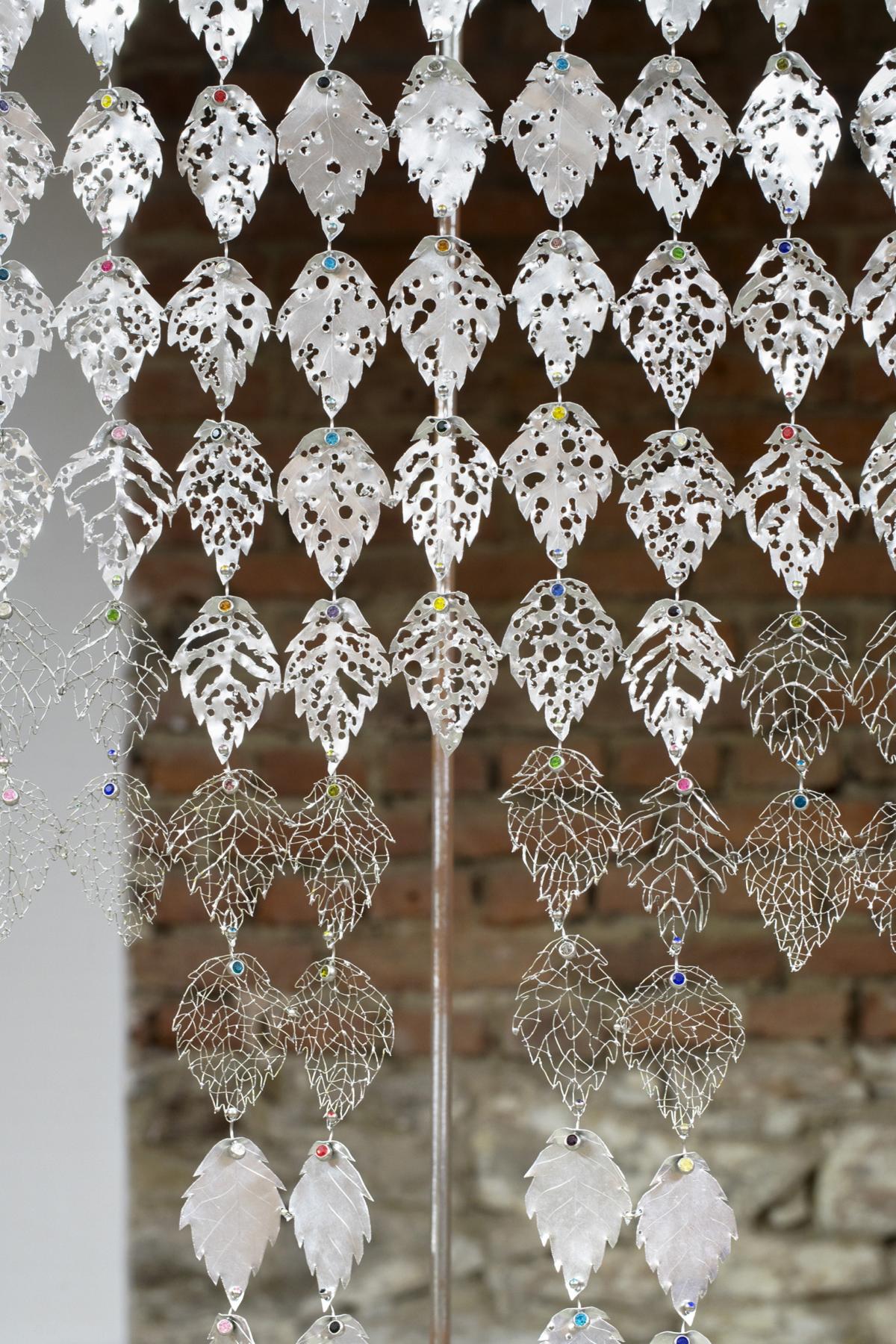 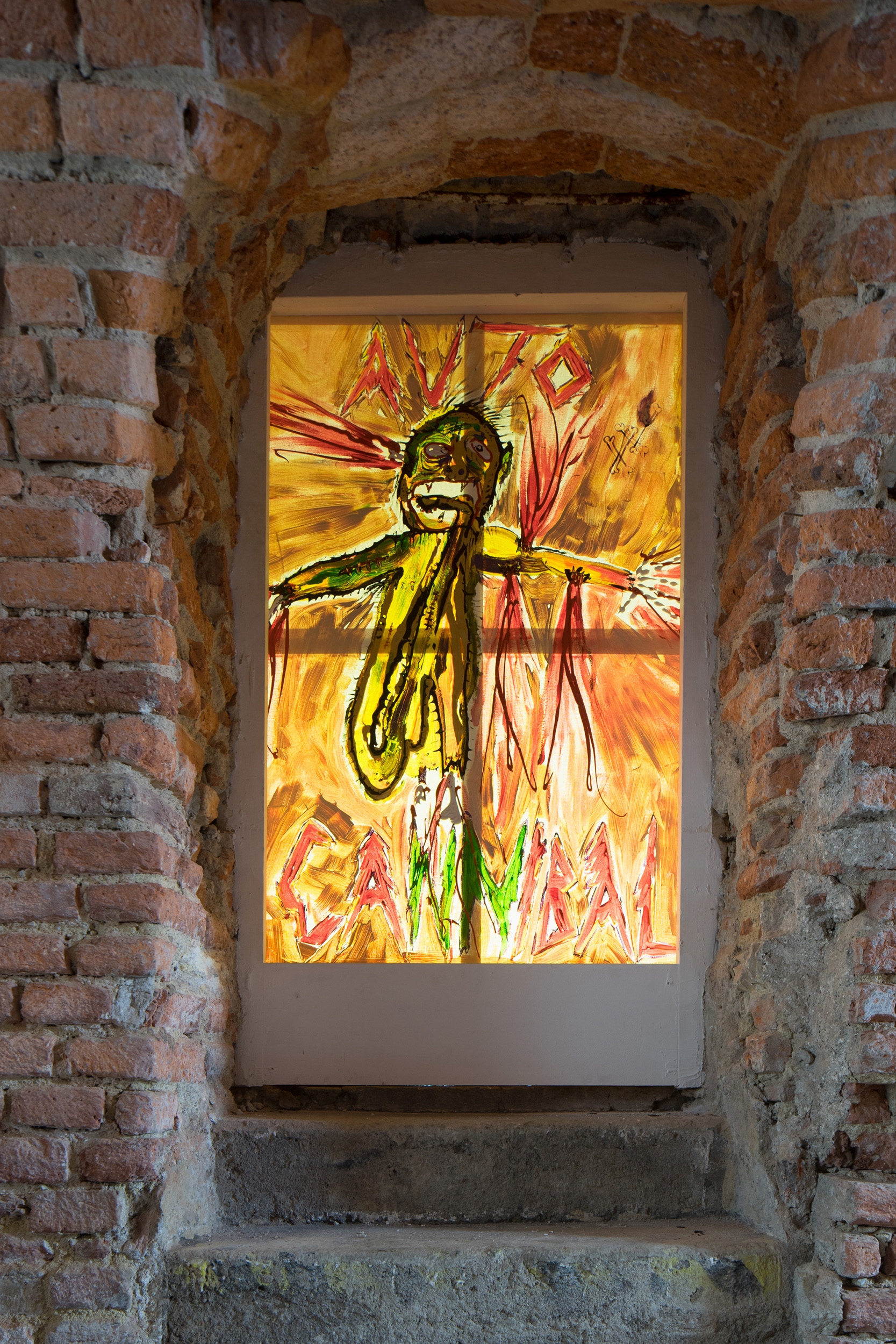 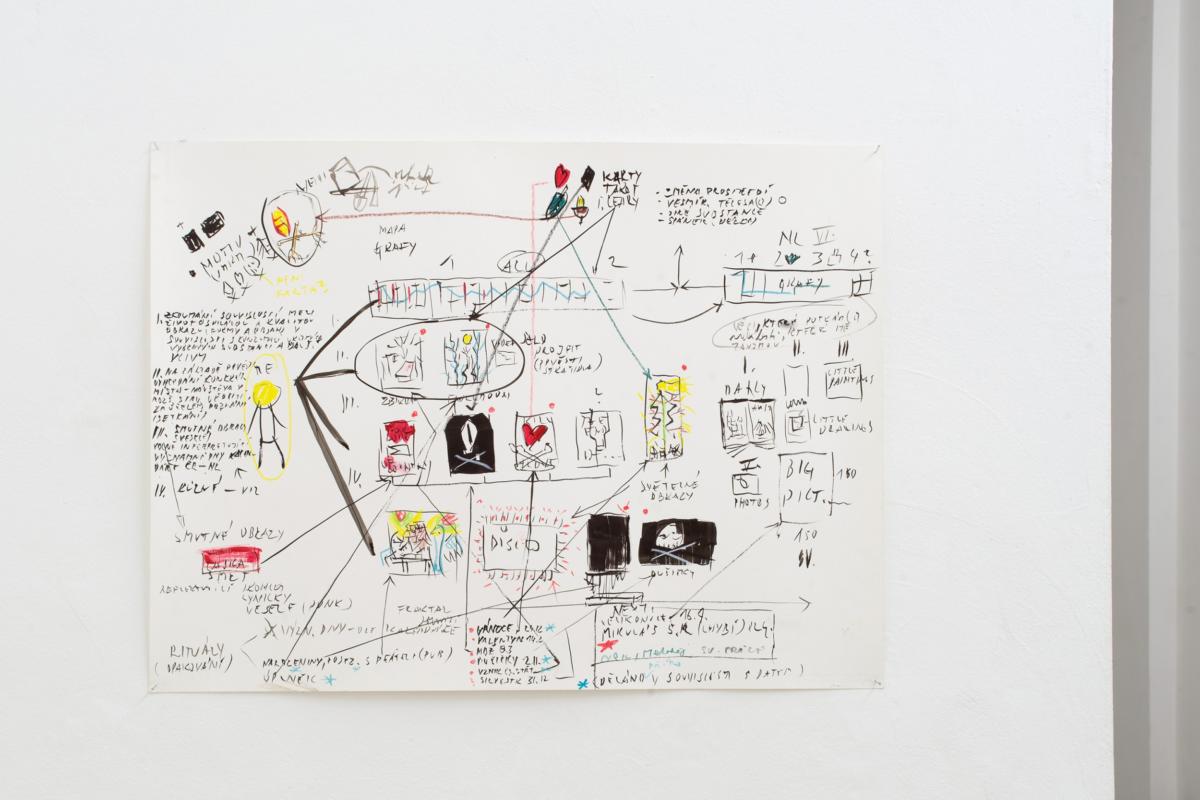 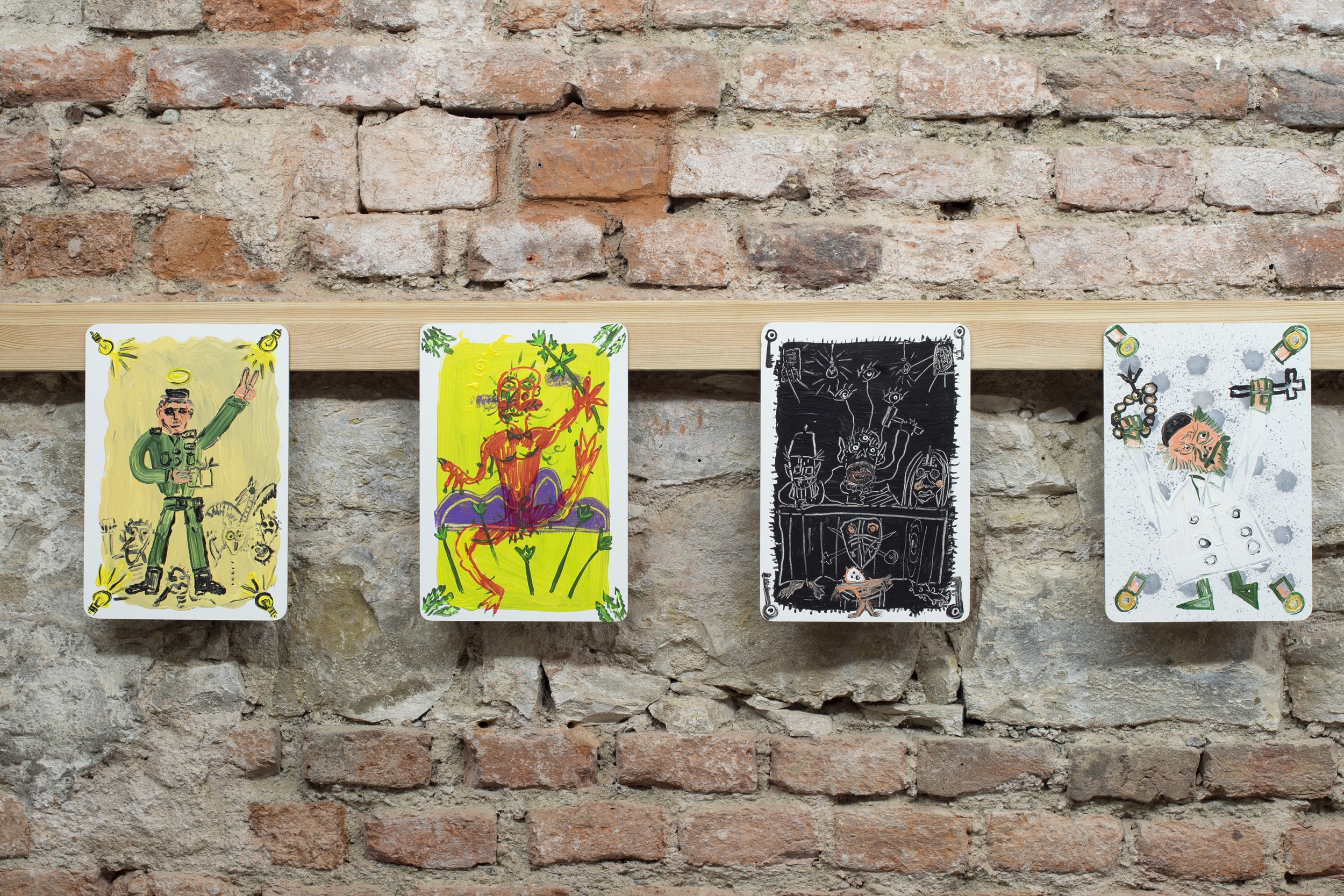 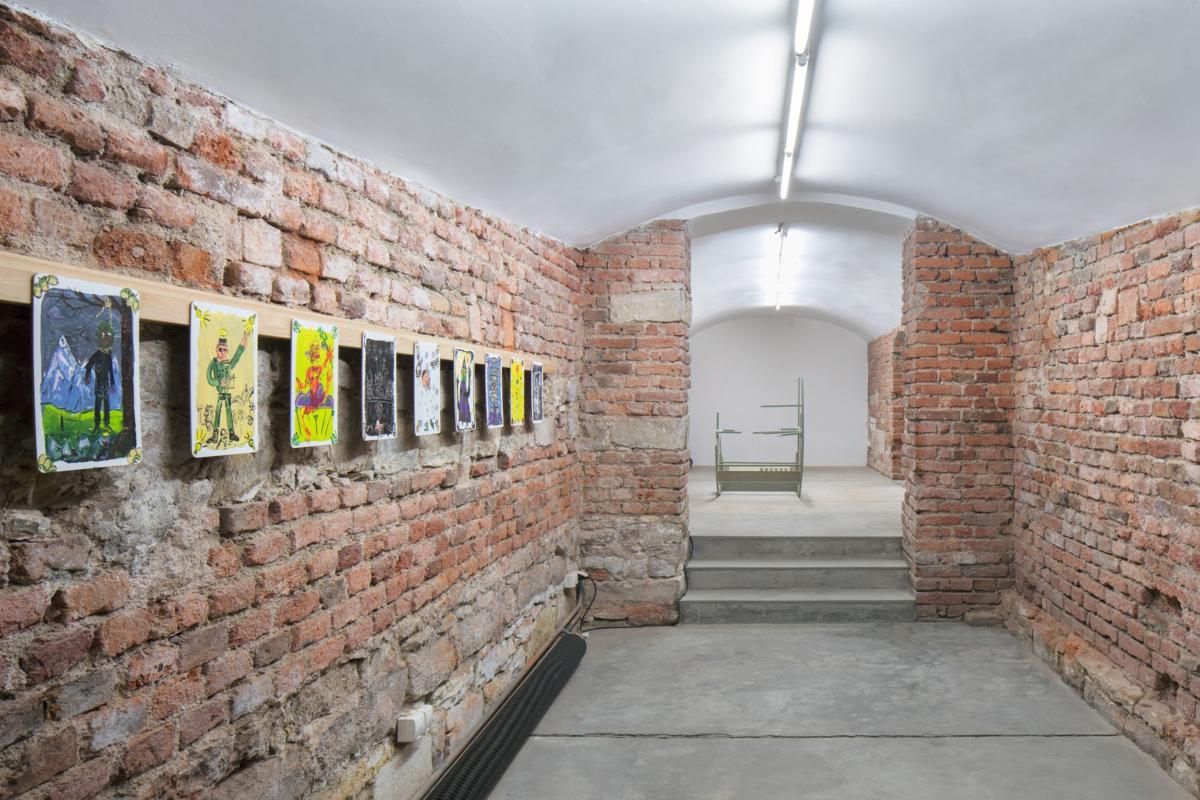 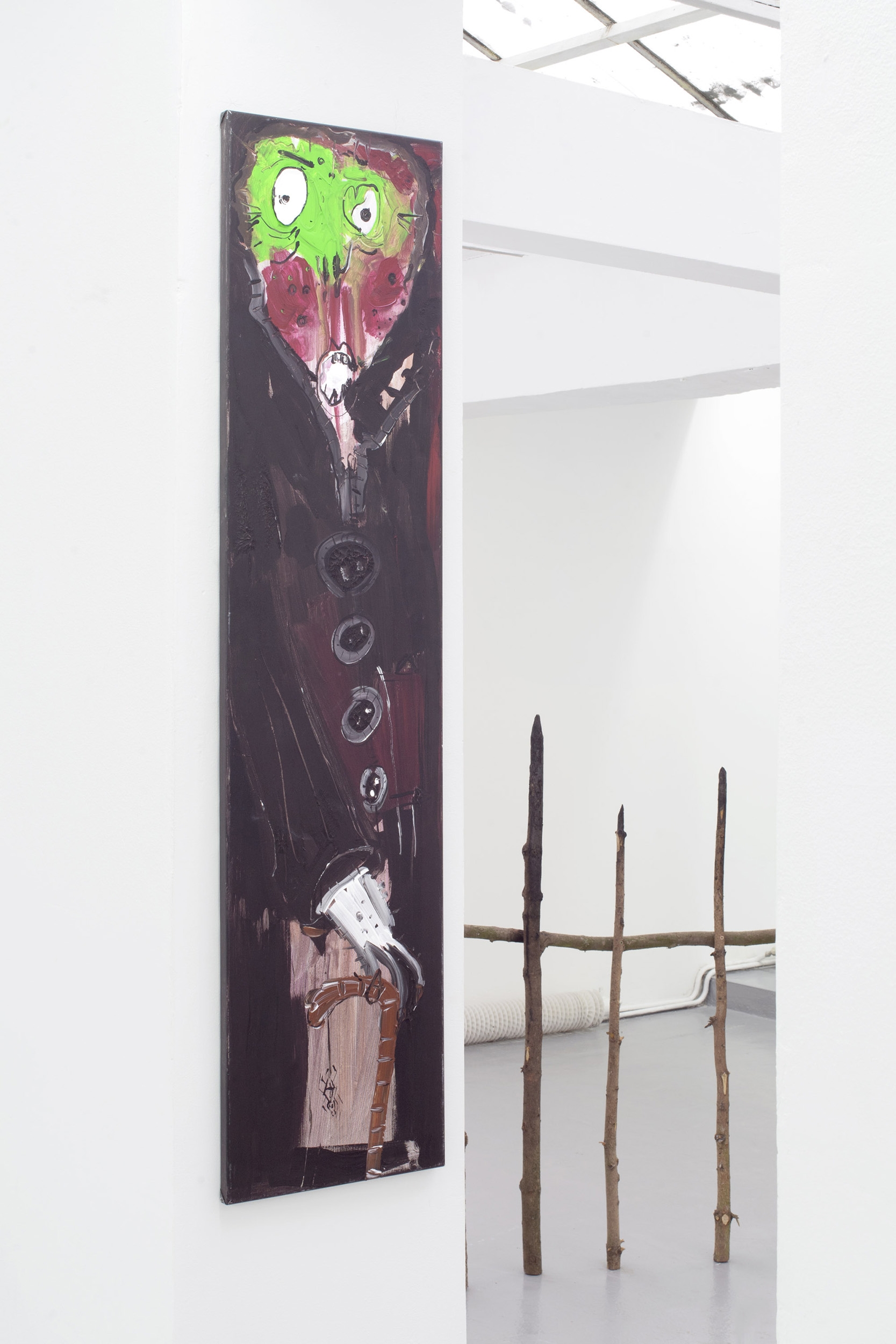 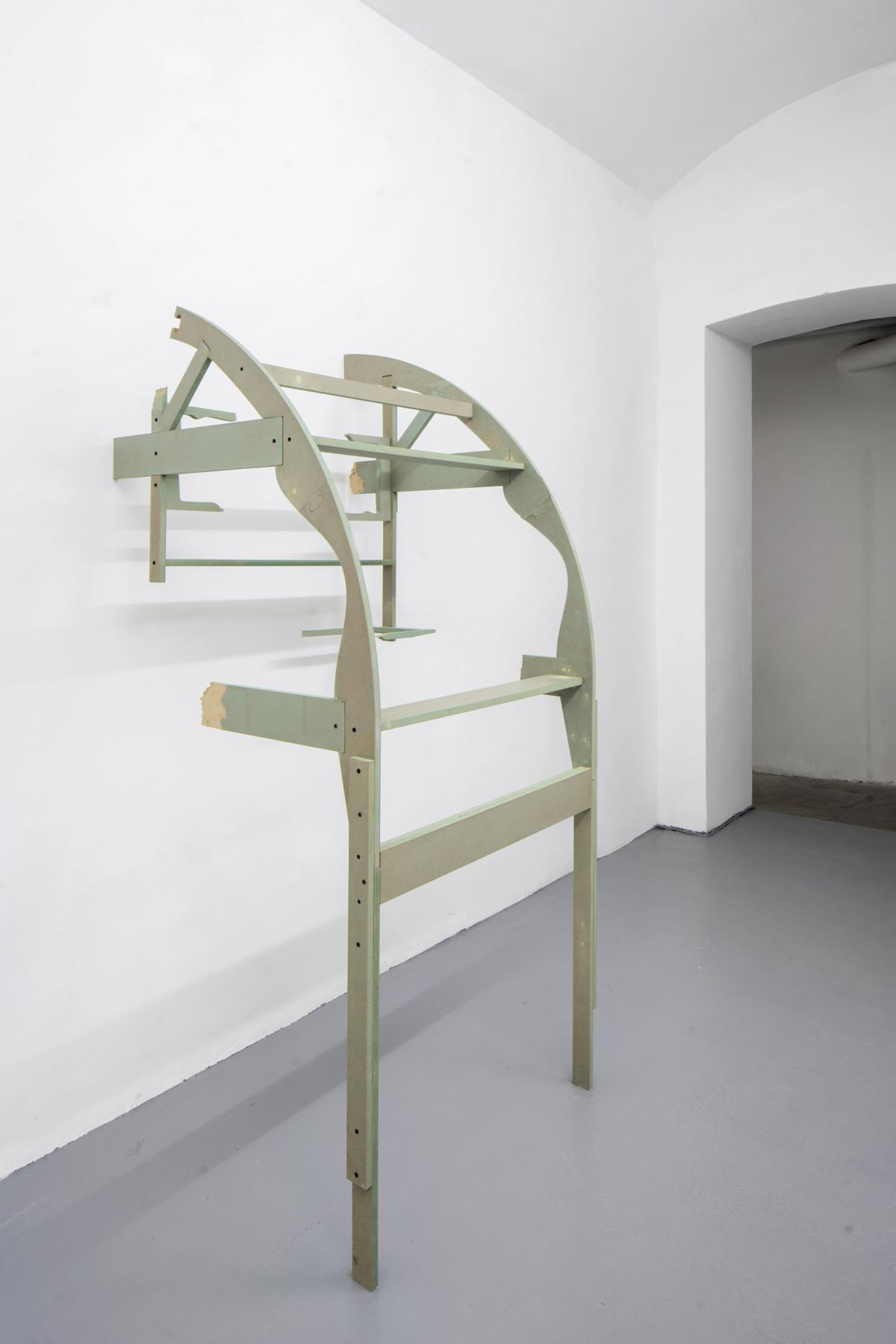 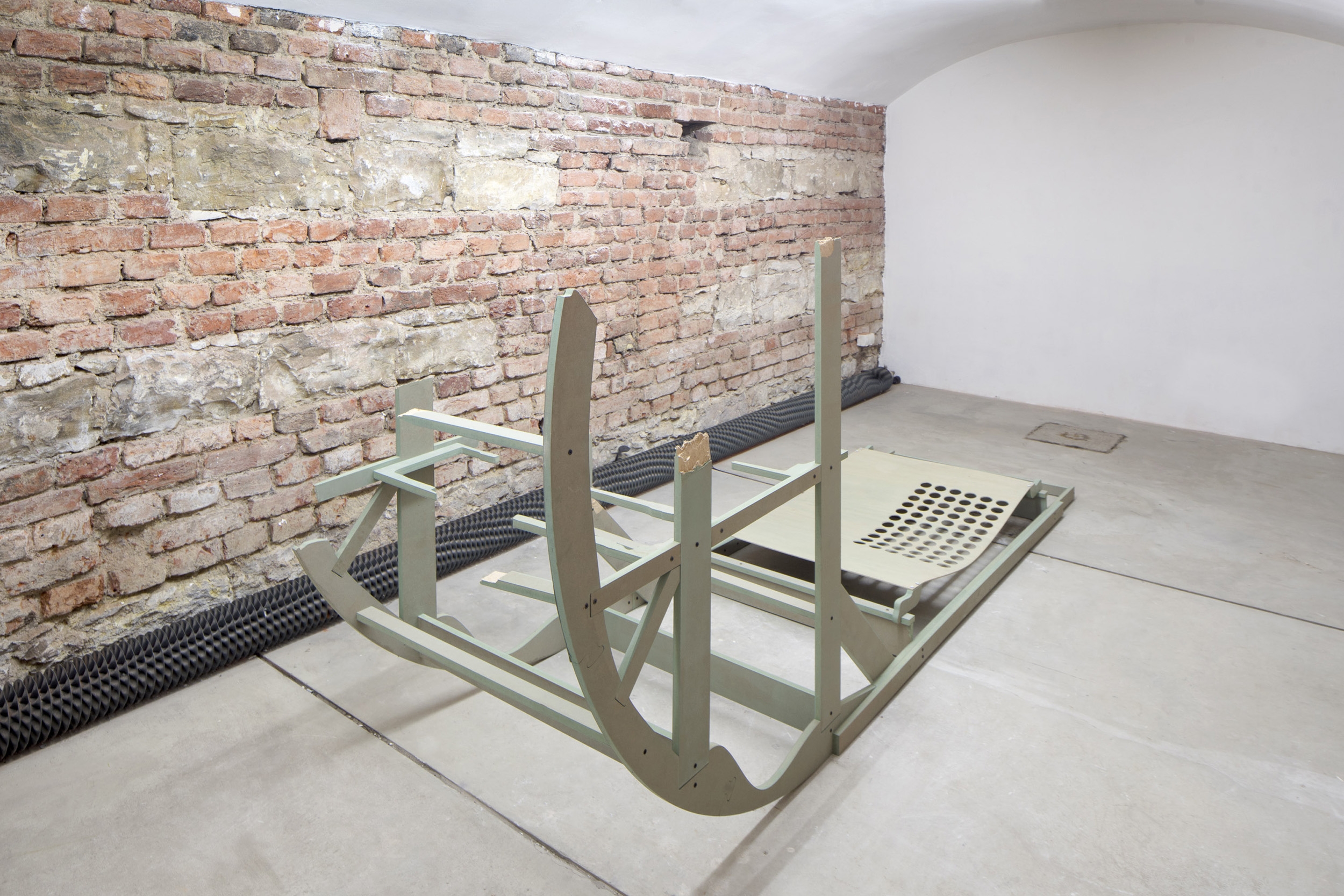 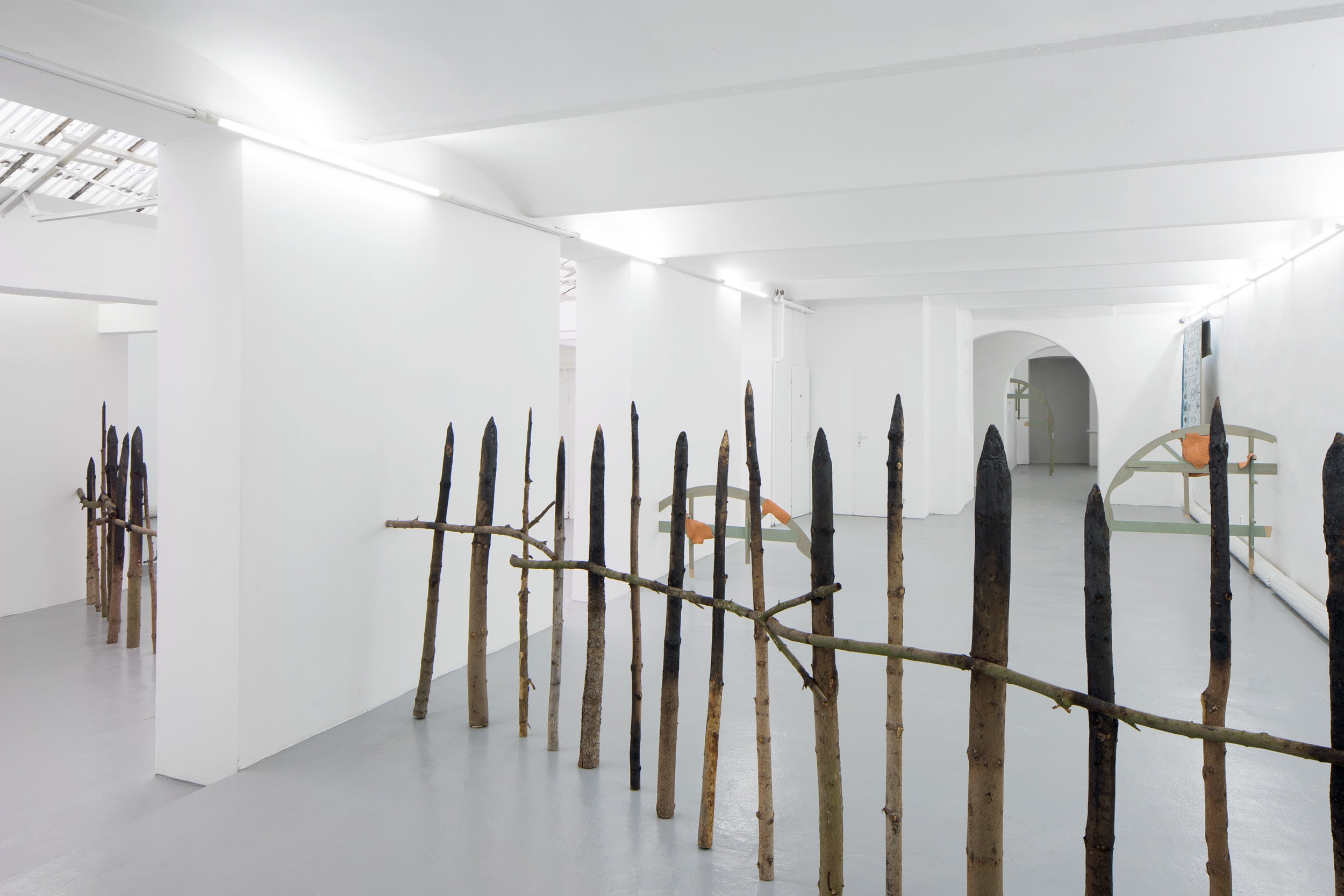 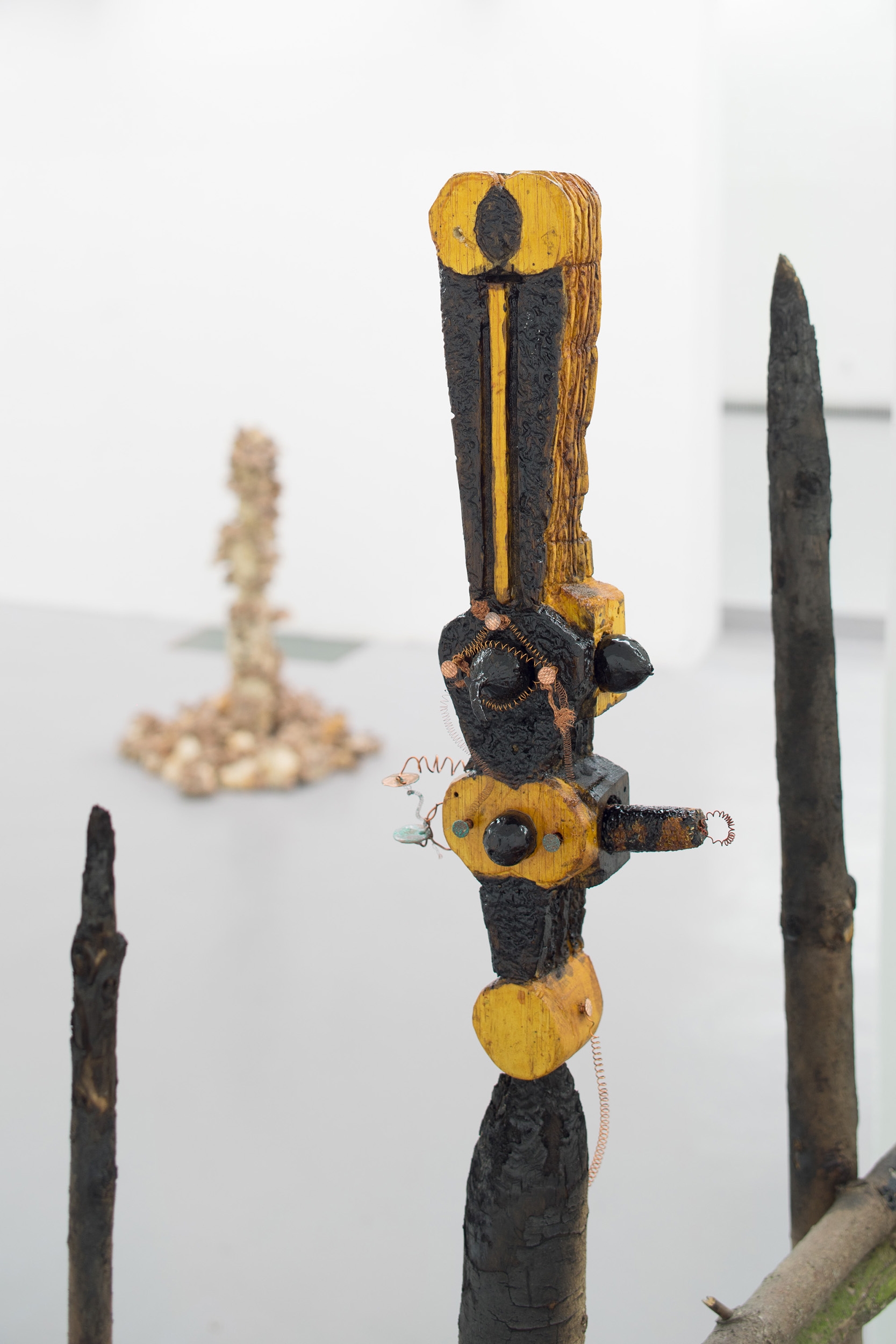 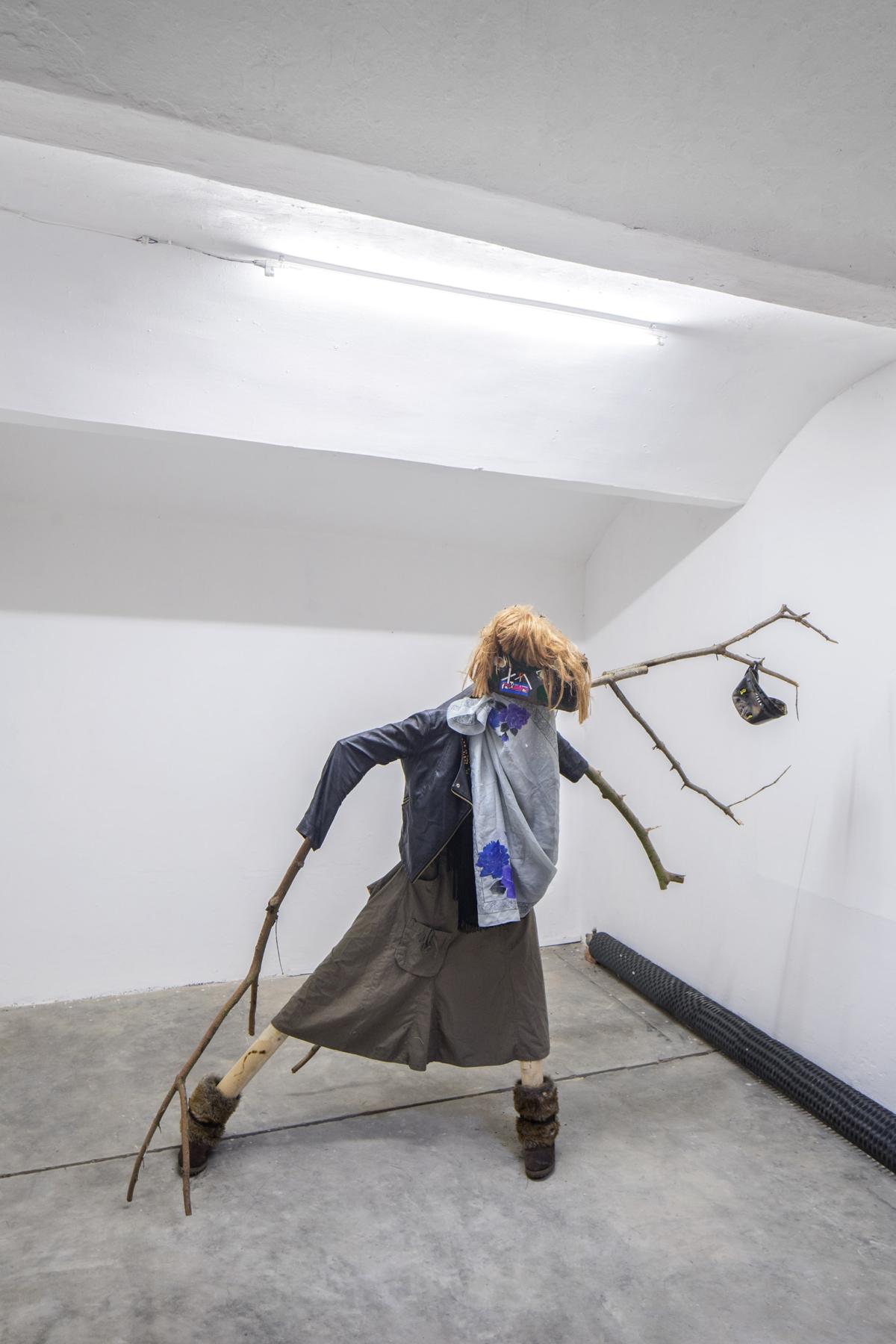 Tobacco glyster*, breathe, and bleed.
Keep warm and rub till
you succeed.
And spare no pains for
What you do
May one day be repaid
To you