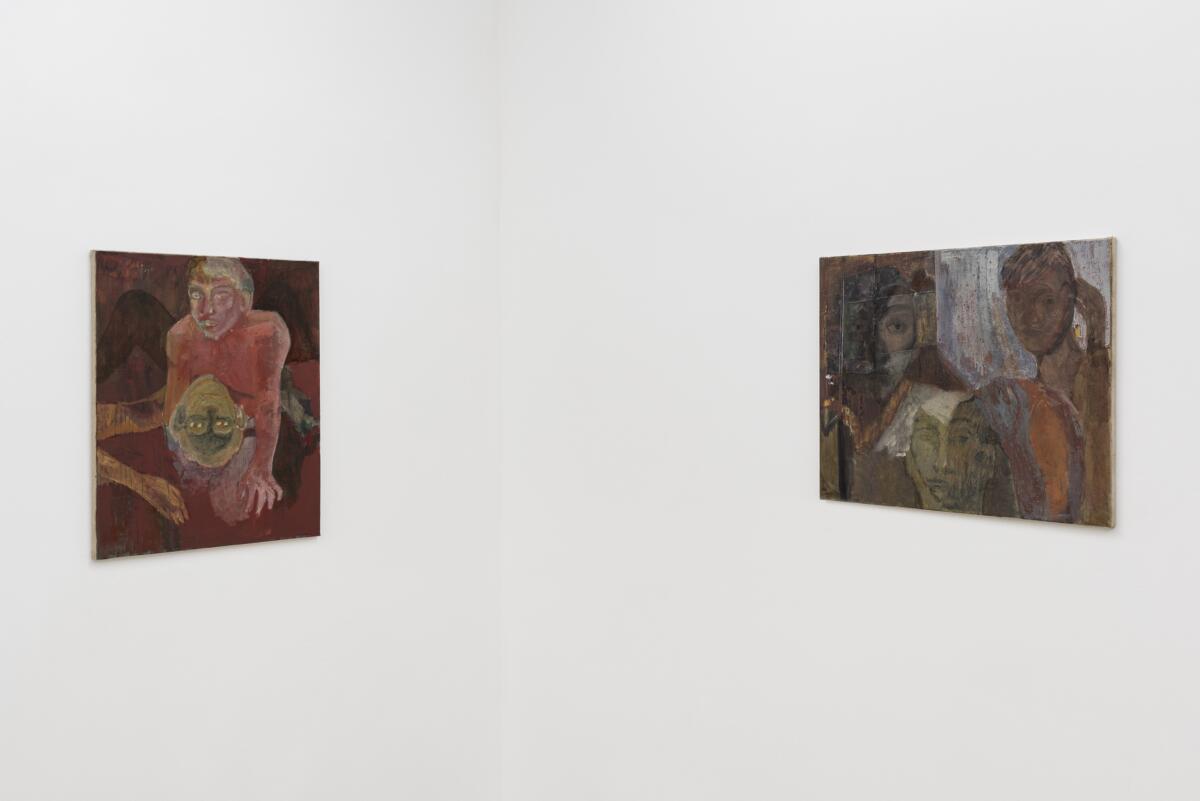 Barbara Wesołowska’s “counter-song” is an ode to multiplicity. The paintings on view offer meditations on form, encounters with the symbolic realm, and a process sustained by the artist’s search for balance. Self-awareness bleeds into her mark-making, though she remains at the whim of an omniscient other, a divine inspiration.

In an interview with Alain Arnaud, Pierre Klossowski asserted “I find myself under the dictation of the image” (translated from French). Klossowski maintained that it was the image itself which compelled him to create by its discretion. He denied a practice that was overly determined by a particular narrative or message, instead allowing for external visions to come and arbitrate the manifest content. In keeping with this logic, Theodor Adorno’s professed that “all the talk about depth and appeal to deep-sounding phrases no more guarantees philosophical depth than a picture can acquire metaphysical meaning because it reproduces some metaphysical mood or other […] such works of art have the greater metaphysical meaning objectively the less they talk about it or depict it.” Wesołowska aligns herself with this approach, her particular strain of metaphysics maintains translucency as she avoids commitment to any singular idea or logical device.

Wesołowska recognizes Paula Modersohn-Becker and Manet as definitive precedents alongside her early exposure to Hans Memling’s The Last Judgment. Having spent much of her adolescence meditating on a book regarding Memling’s masterpiece – along with other religious depictions – she habitually faced scenes of resurrection, bodies in hell or heaven, and miscellaneous holy portraiture. These forms haunt and provoke her image-making. 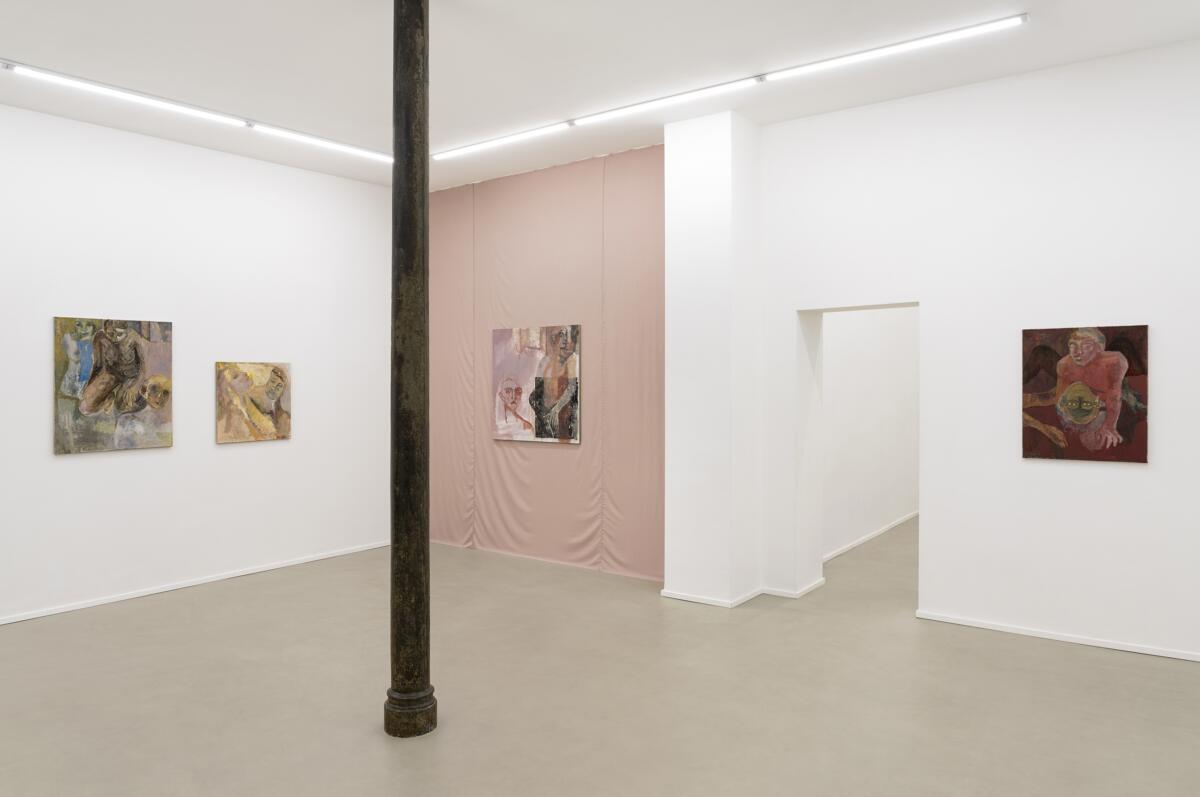 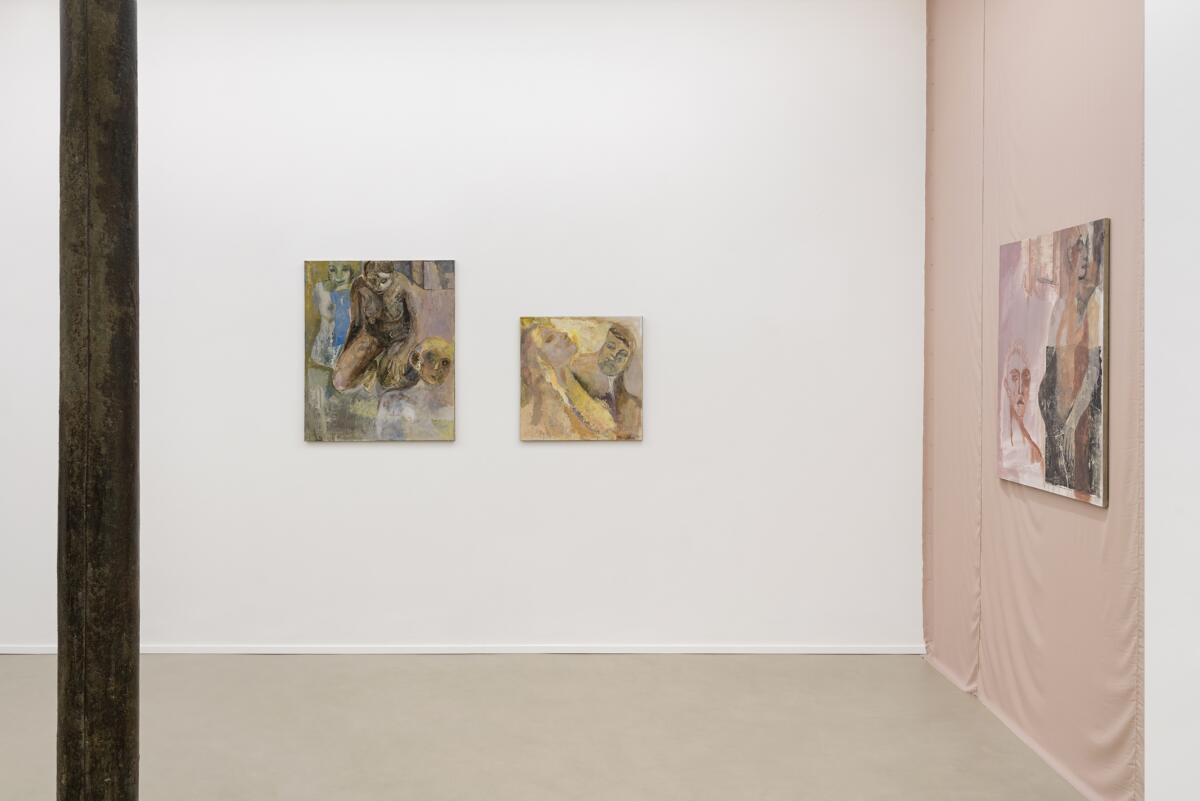 Each one of Wesołowska’s paintings has a different methodology and contains novel accidents. The canvas is initially confronted with a seed or hope in tow, followed by the artist employing her instinct. Paint is regularly supplied then rubbed away or sanded off, resulting in ruin-like layers on each surface. This process allows her figures to retain an element of vagueness. Wesołowska is plagued by a feeling of dissatisfaction with appearance until the composition is resolved in its “acceptance” stage. She works on simultaneous picture planes at once; essences abandoned on one canvas are picked up elsewhere. What happens around the figure is less specific than the expression contained within the face, this aspect being the foundation for each composition. These faces tend to sport a common gaze, one that points inward rather than toward the viewer, thus fueling a desire to access the subject’s psyche.

These paintings are fragile. The decision that they’re “finished” and “presentable” teeters on a fine line, once they are gone they are gone. They rely on a balance determined solely by Wesołowska, herself. She is resigned to the evocation of form, the tension between application and removal, shame and desire. 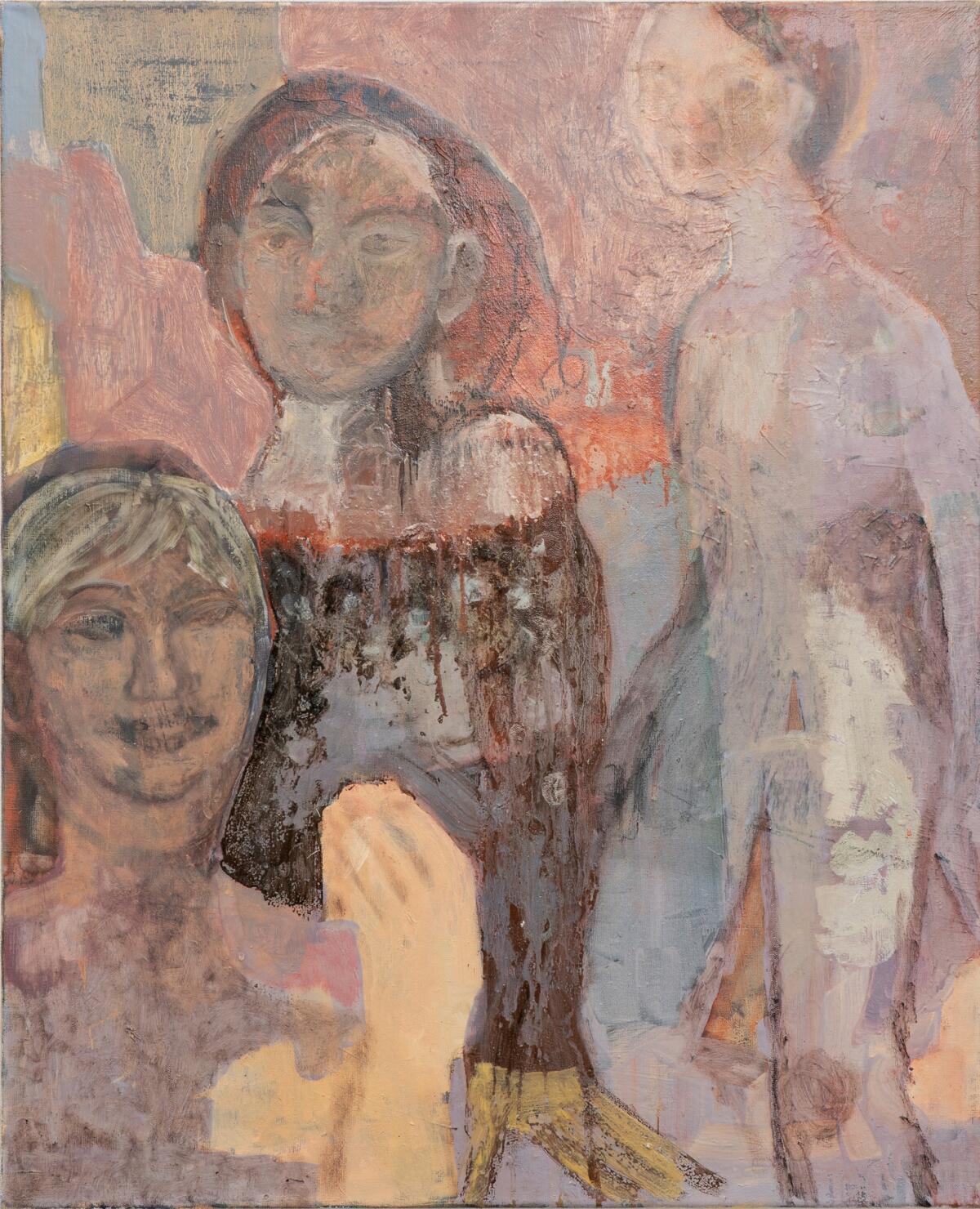 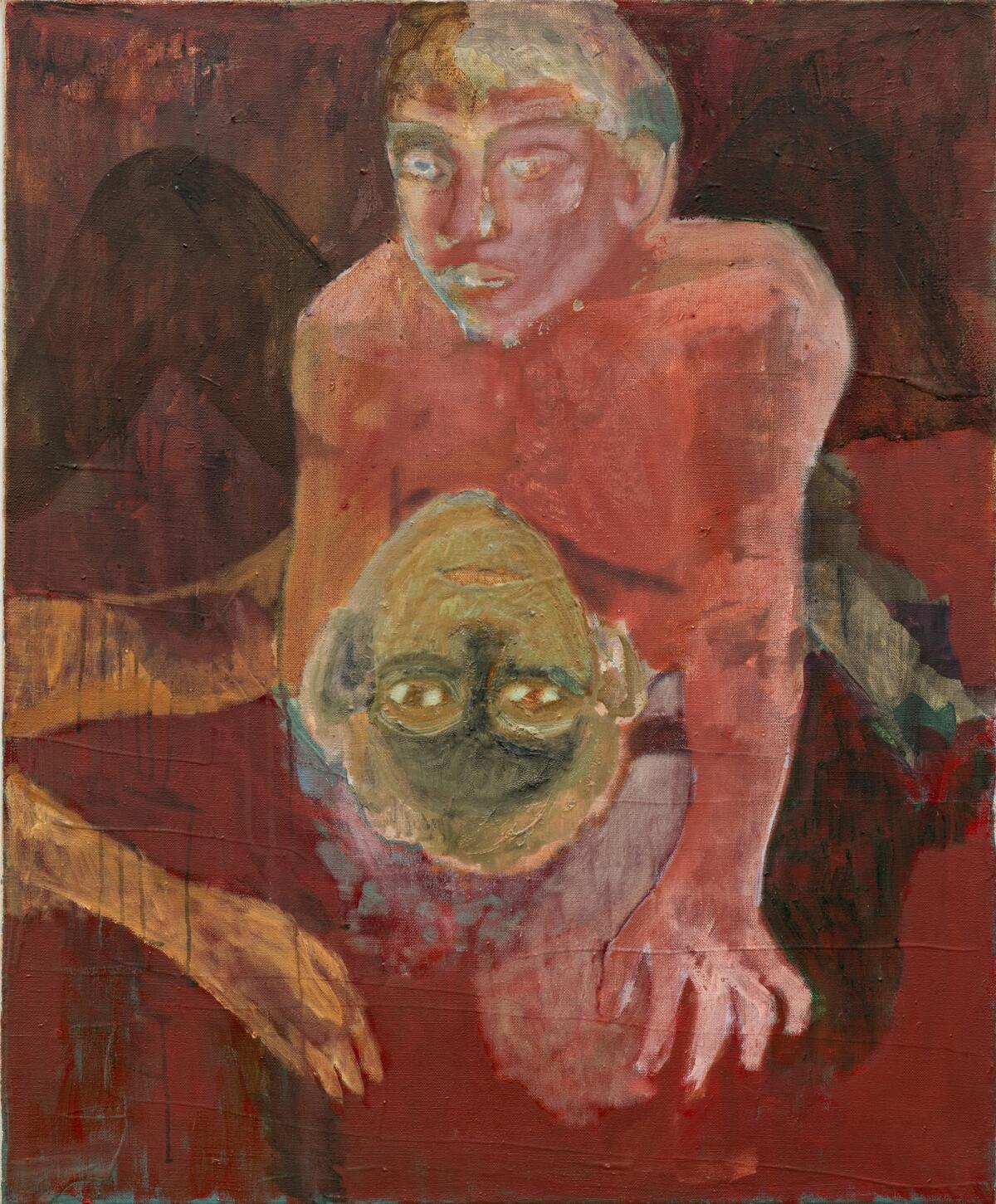 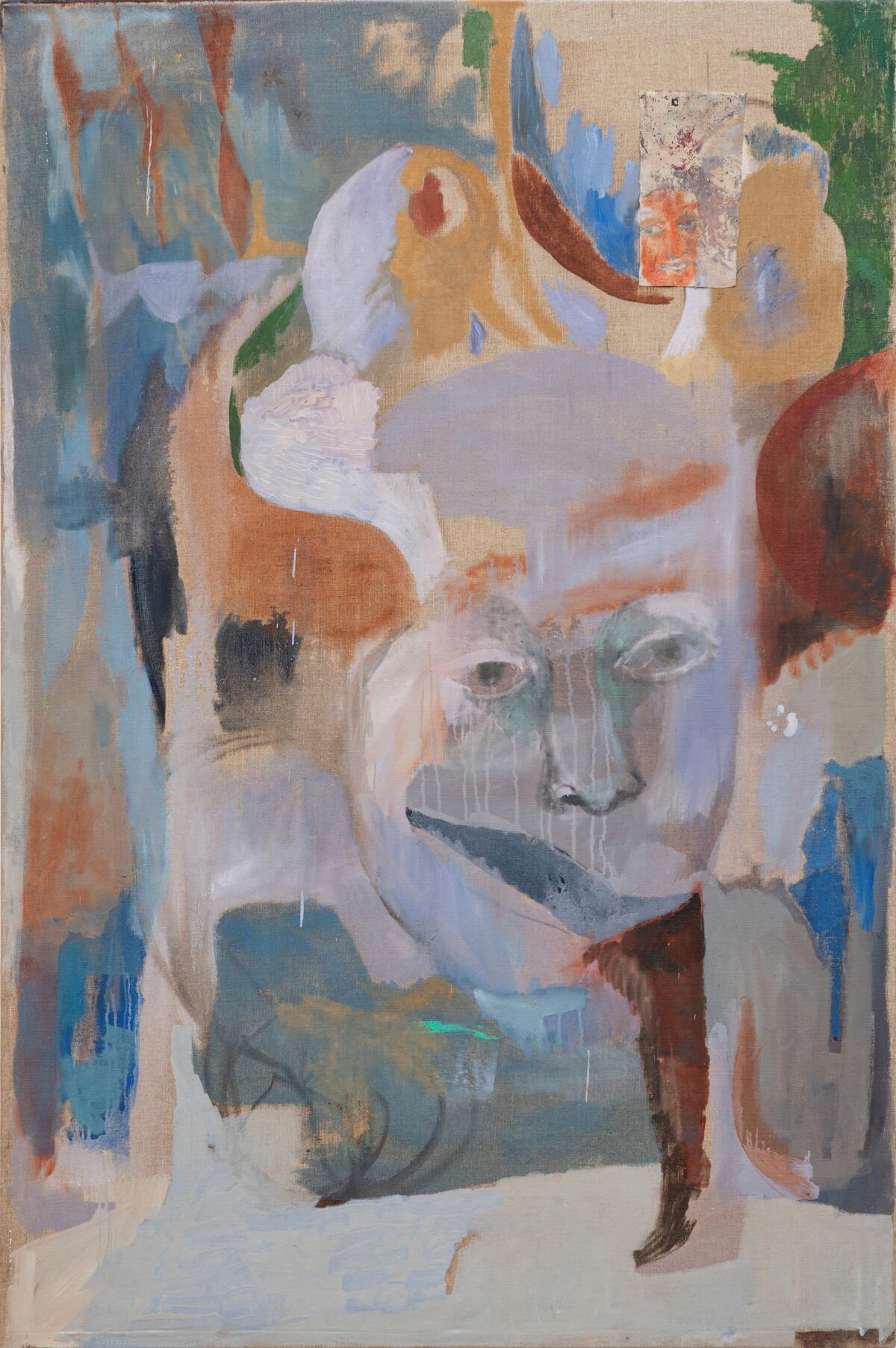 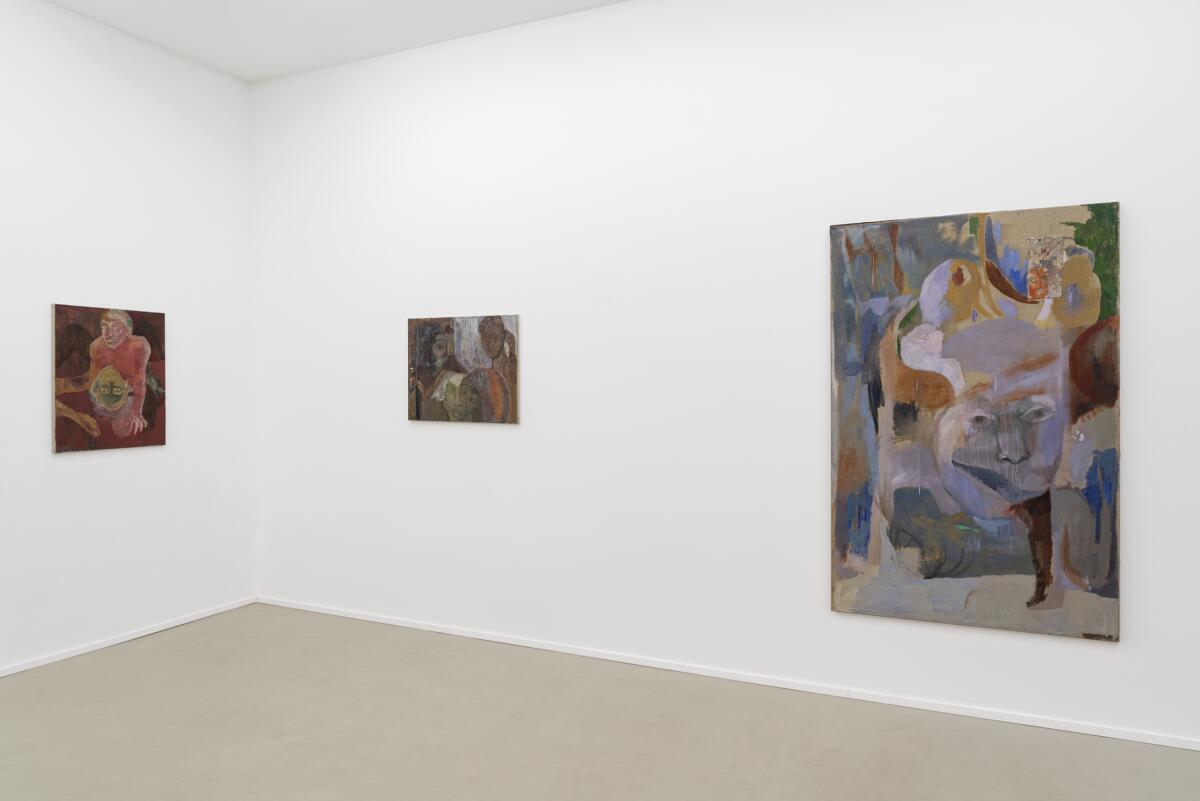 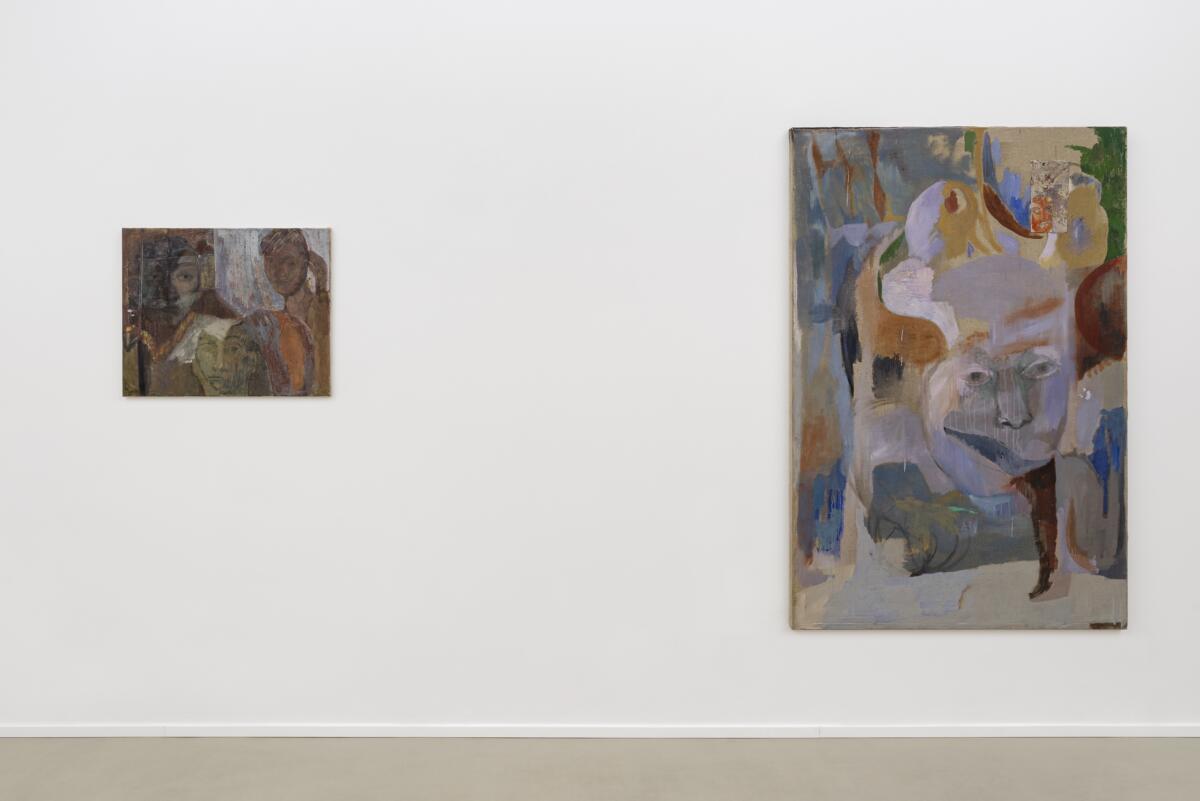 Barbara Wesołowska (b. 1984, Poland) lives and works in London.

Wesołowska graduated from the Department of Painting at The Royal College of Art and The Slade School of Fine Art in London. Her work identifies most closely with the traditional practice of figurative painting. Through intuitive application of paint and layered surfaces she draws the viewer into a psychologically intense narratives. Wesołowska is an emotional painter operating in images and colors rather than concepts and ideas. As Pierre Klossowski’s formulates ‘Image dictates to me’. This openness of painting to the realm of feelings, memory and chance makes the question of intentions less relevant and instead points in the direction of the unconscious. Her paintings often engage the psychological attachment to the female body. The proliferation of over-layered staring figures and faces echoes the remorse or disillusionment with the reality of life, as opposed to care-free attitude of youth. Beneath the negativity and nostalgia, the artist tries to convey a complex, unfolding notion of what it means to be female over the expanse of time.

Wesołowska has recently exhibited at Harkawik Gallery in New York, im labour in Tokyo, Gao Gallery in London, Kunsthalle Bamberg and Peles Empire in Berlin as well as during international art fair Artissima in Turin 2021. 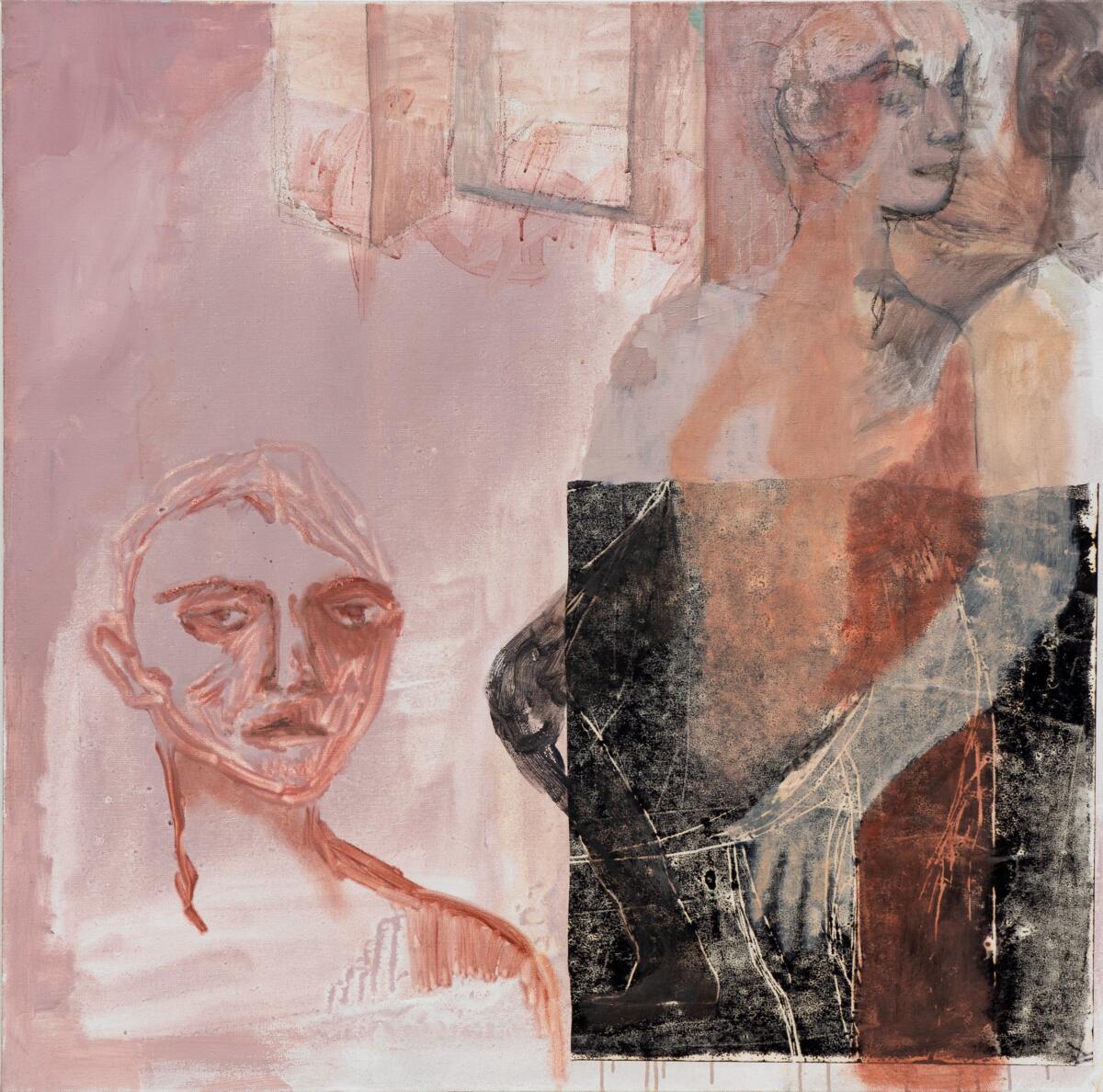 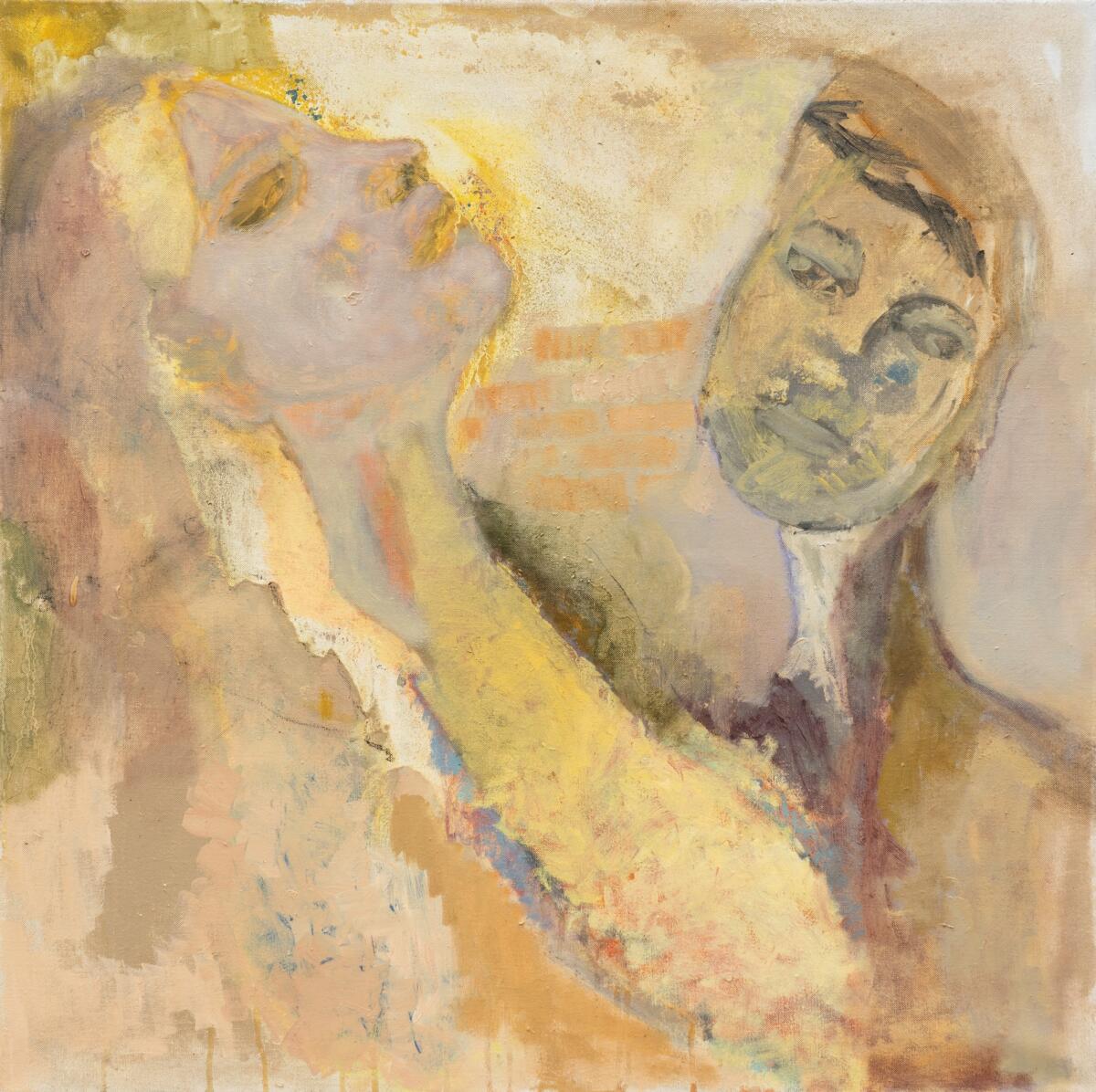 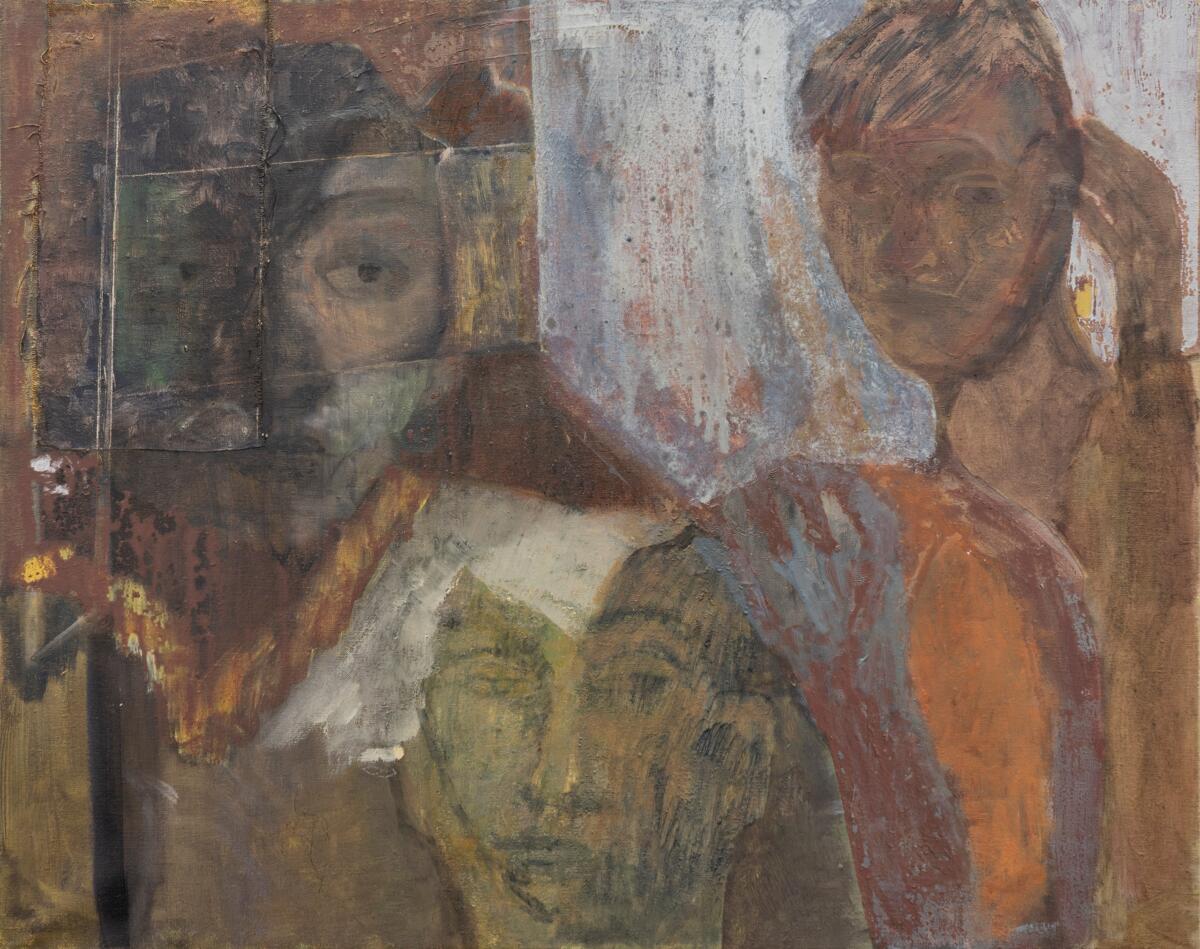 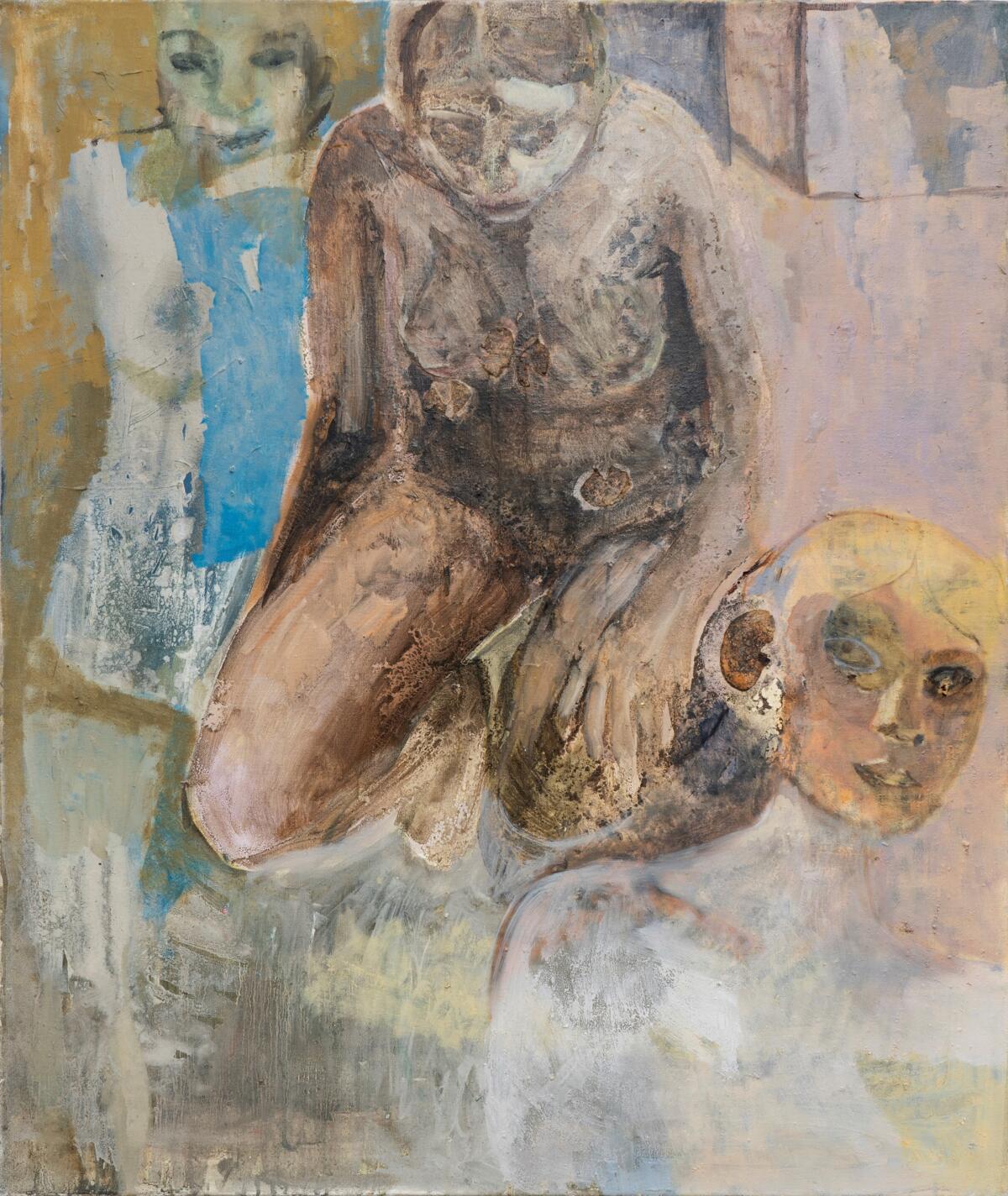 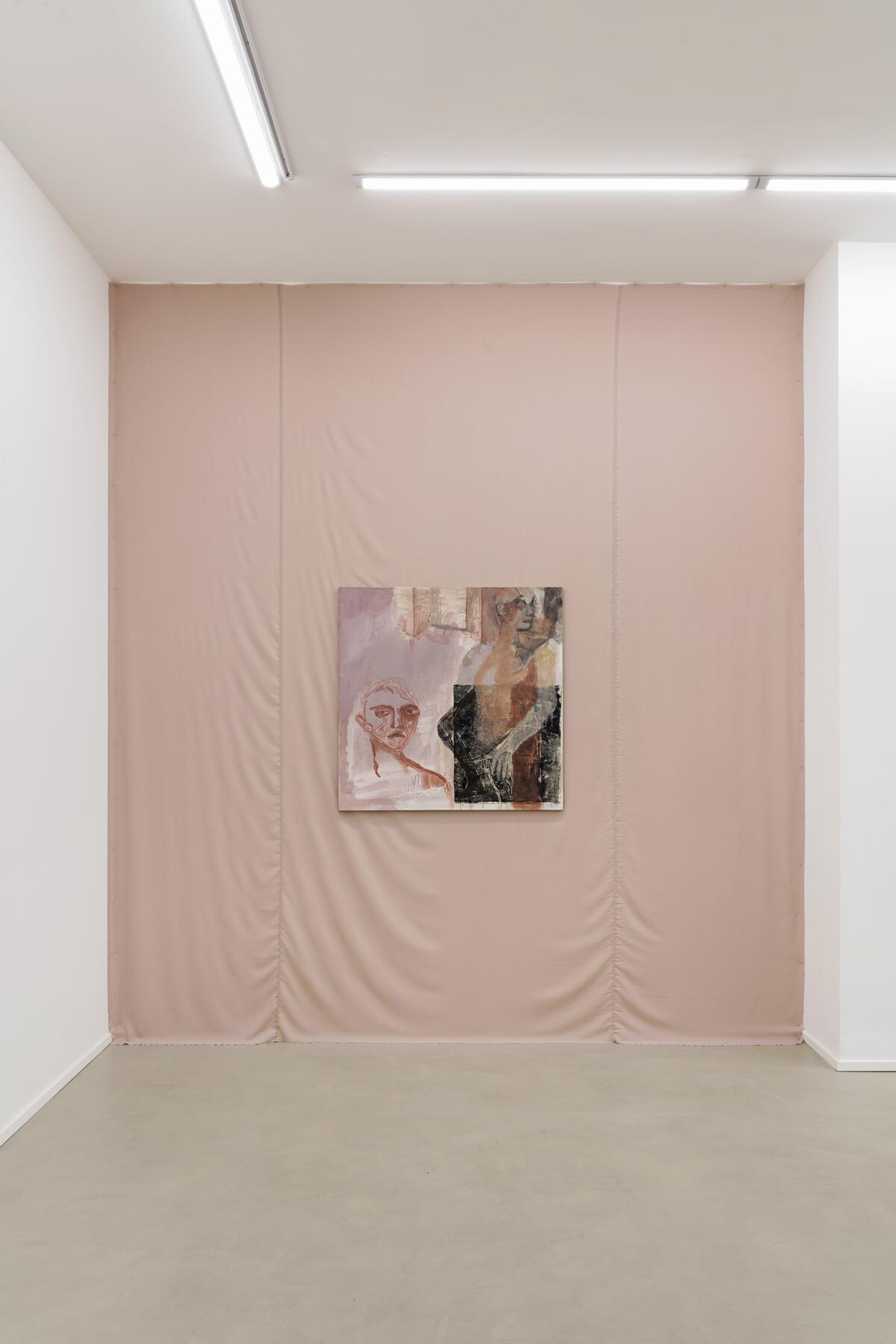 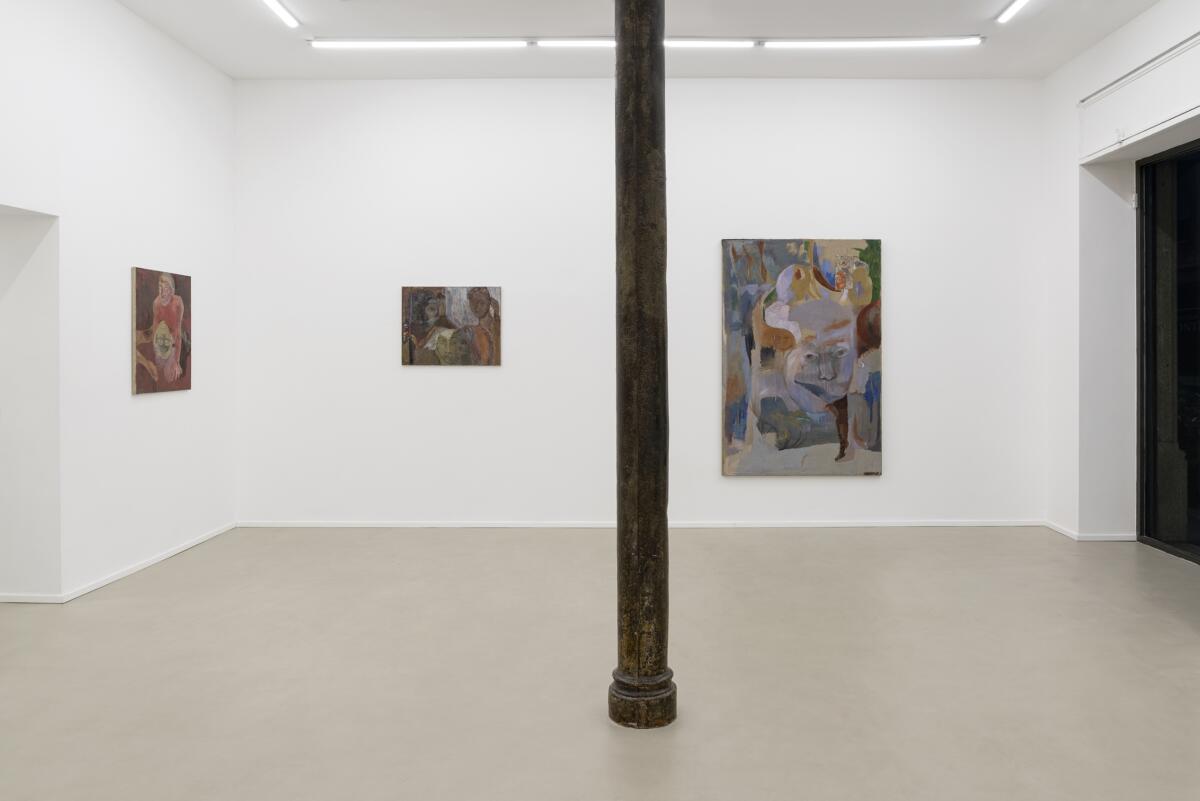 The exhibition was organized with the support of the Consulate General of Poland in Milan and Polish Institute in Rome.