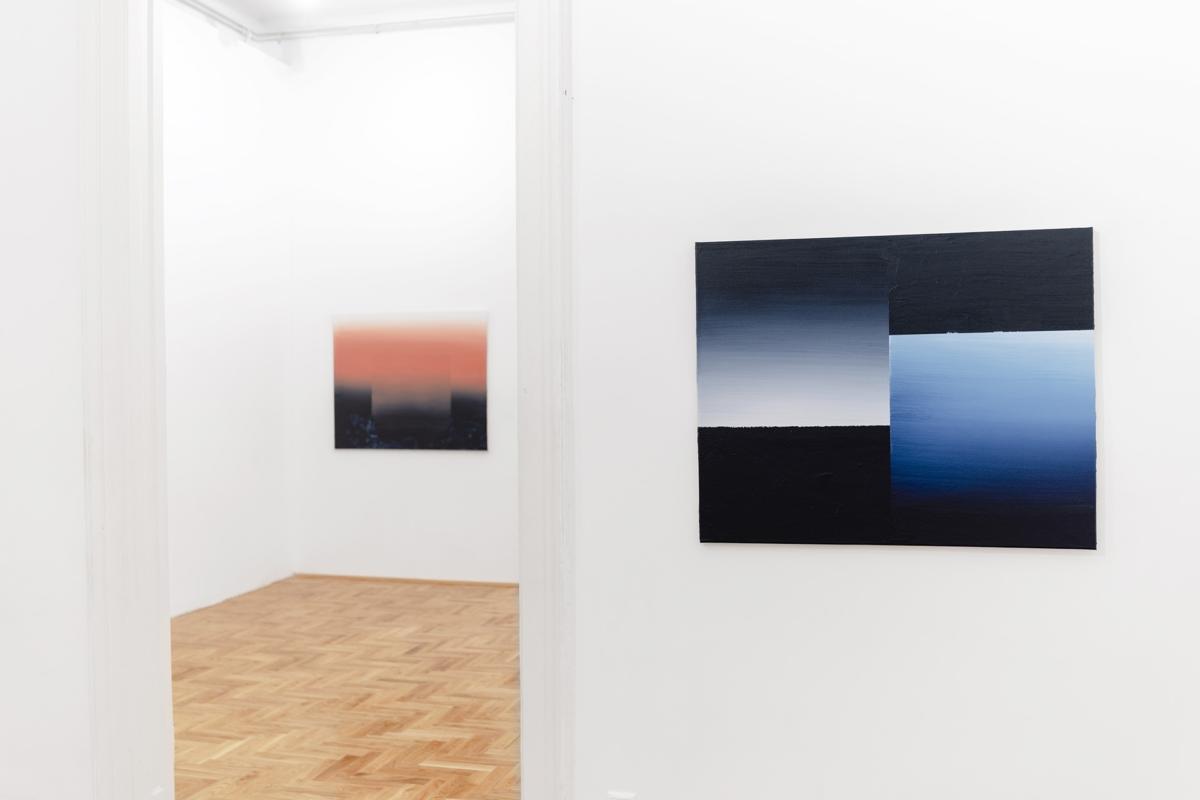 Between Spheres. On the recent works by Agata Bogacka
text by Dávid Fehér

Viewed from her present-day, meditative abstraction, it is almost astonishing that the starting point for Bogacka’s career was a kind of Post-Pop pictoriality. In her early paintings, characterised by meticulously contoured, reduced systems of forms, reality was transposed to the plane of fiction. Observing the methodology of her formal reduction and the graphic-art feel of her nevertheless painted surfaces, the loose formal associations range from classic examples of Pop Art to Gary Hume, although unlike most Pop or Post-Pop artists, one important and ever-present aspect of Bogacka’s art is its personal nature: her struggle with her own body and her personal experiences, a kind of search for identity, which also transcends personal matters to attain universal validity. The issue of female art connected Bogacka’s early works both to the Female Pop Art of the 1960s and to Tracey Emin’s subversive series of photos exposing her own body in various studio situations. Bogacka’s sequence of self-revealing photos could also be interpreted as studies for her paintings, and as such, even in her early paintings she juxtaposed different levels and planes of reality and fiction, projecting them onto one another. She made a gradual reduction of the photographic image, and this gesture of reduction was essentially abstraction, although her move away from mimesis, rather than muffling her existential questioning, made it even louder. It must have come as a shock to many, around 2007, to witness Agata Bogacka’s sharp turn, when the process of discreet abstraction and reduction in her art was replaced with abstraction itself, or rather a semi-abstract visual language, poised between readable signs and abstracted surfaces. At first sight, her increasingly abstract forms seem to fit in with a long line of artistic strategies that blurred the boundaries between abstraction and figuration – in the Polish context, the trajectory arcs from Andrzej Wróblewski to Wilhelm Sasnal and Rafał Bujnowski – but Bogacka’s works are radically different from any analogies that may arise, mostly, perhaps, in that they fuse the most intimately personal with the universal. The works themselves are projections of planes of existence, senses and emotions, and objectivisations of a mental process.

In her most recent works, Agata Bogacka confronts the universal forms of pure sensation with the individuality of gestures painted with broad hand movements. In her abstract paintings – like Malevich – she seeks the forms of sensation, she understands painting as a projection of the forms of emotions and relationships (expectations, promises and wishes), and in this way she seeks answers to questions that are similar to the ones she posed in her earlier, figural works, examining her own identity and exploring her relationships towards people and objects. As Bogacka herself has stated, in her pictures she paints “pure situations”; her compositions give form to existential situations, and she experiences the act of creating as a process analogous to existing – a sequence of predictable and unpredictable occurrences and interactions. 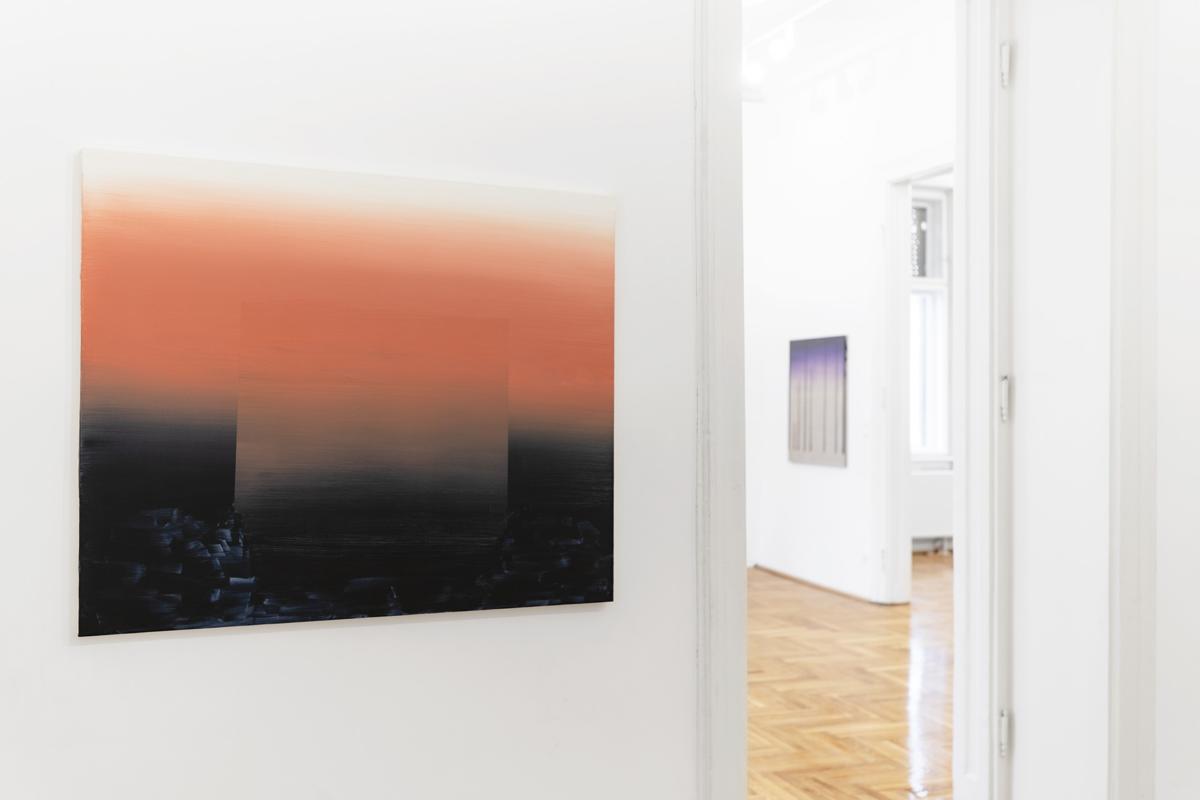 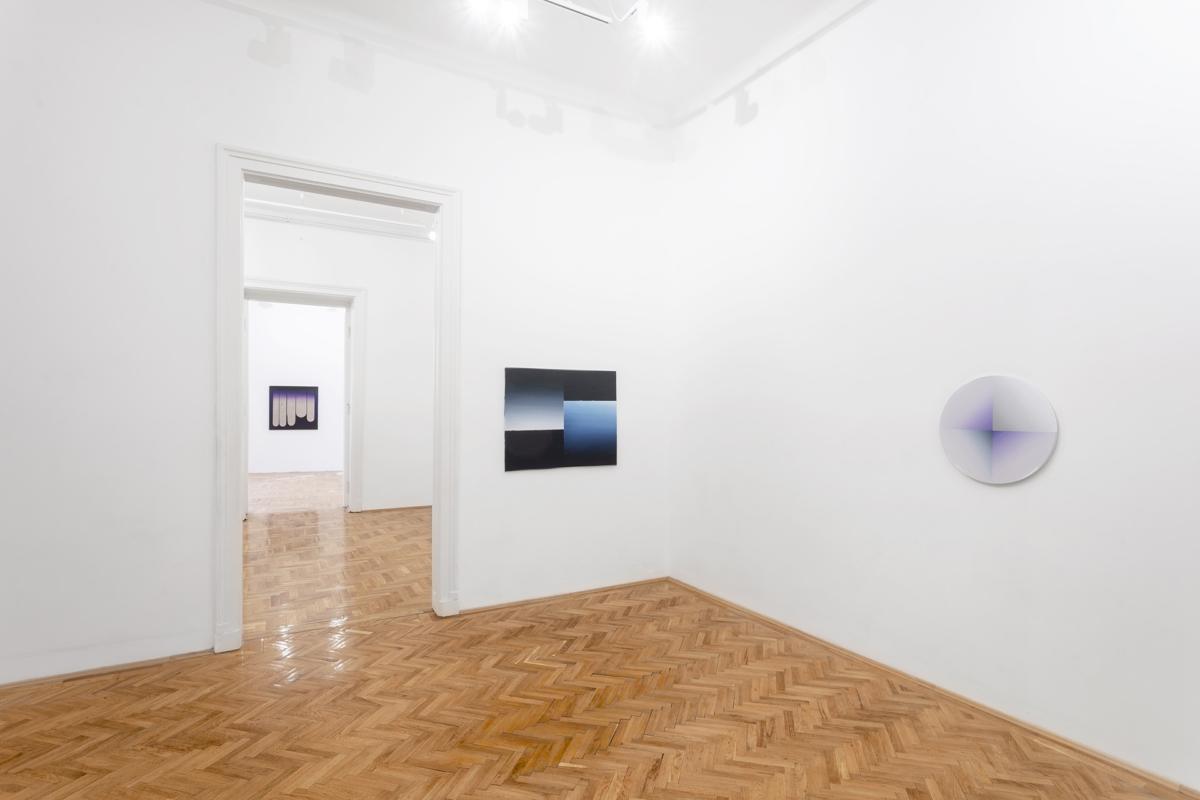 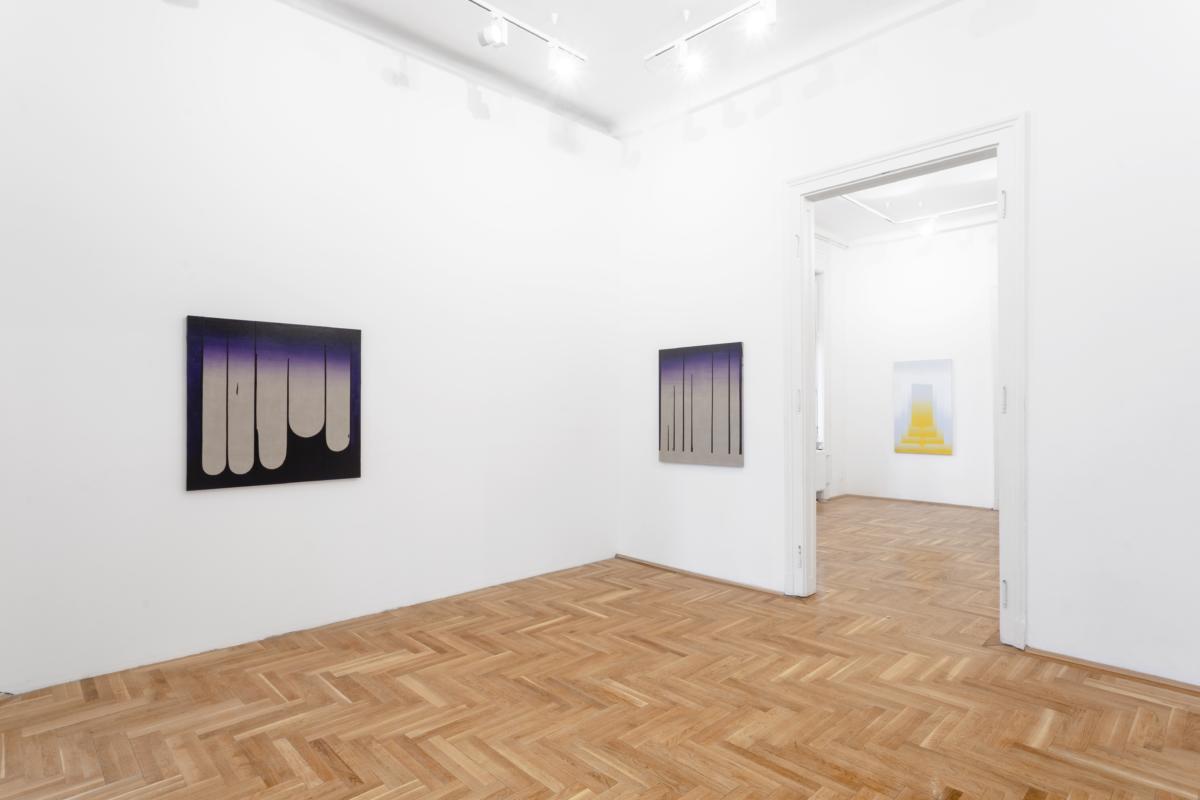 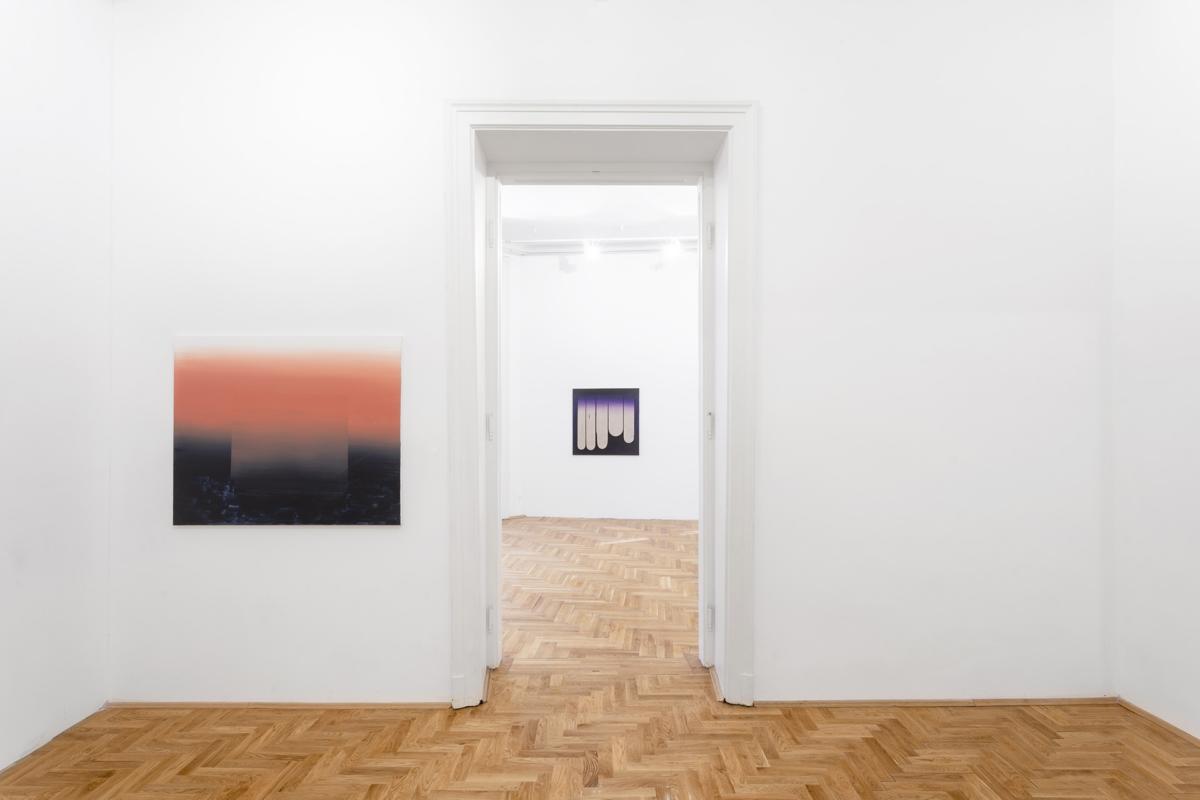 The works are sometimes spiritual, even psychedelic in form, and yet I see them as nothing other than mental landscapes. The delicacy in her tonal transitions may hint at associations with such classical artists as Wojciech Fangor. It would be dangerous, however, to cling too strongly to historical handholds of this kind, by invoking, for example, Op Art forebears; it would also be foolhardy to make conscious reference to exponents of New Abstract Art, such as Tomma Abts.

Bogacka gives form to the imaginary-illusory movements – and “blur effects” – of multiplying images and planes, which come into contact with each other like clusters or bubbles. She seems to be searching for the nature of physical contact and the apprehensibility of points of contact. Her latest tondi are projections of such inner spheres; despite their small size they are monumental and literally universal in effect. It is like watching auratic manifestations sublimating into atmospheric phenomena in bubbles of air. In her latest works, Bogacka uniquely combines gesture and geometry, randomness and intention, the virtual and the material, the personal and the universal. By progressing consistently along the path of abstraction, she provides passageways for crossing between the different spheres. The circle may be closing, but it continues to spin. What conceals reveals, and what reveals conceals – in exactly the same way as the different levels and planes of Bogacka’s own work and of the history of art are revealed, concealed between and behind the sometimes thin, sometimes thicker layers of paint.

[EN/LT] ‘The Board’ by Robertas Narkus at Vartai Gallery

Image as a substance enveloping space and place. On Riga Photography Biennial 2020

Rubber Boats and Plastic Islands. On ‘Introduction to Comparative Planetology’