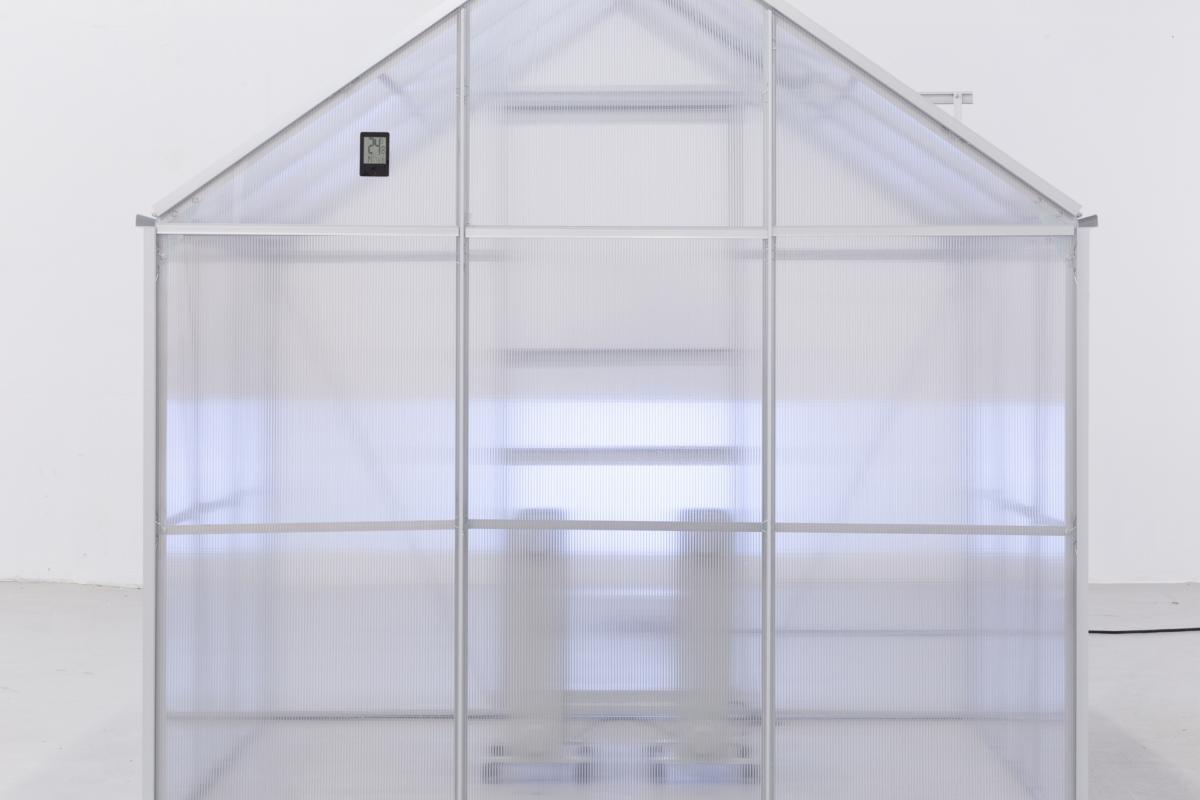 The exhibition by Lucia Gašparovičová and Ján Gašparovič (both SK) with their guest Ramon Feller (CH) presents their way of thinking about space and physical substance of events which have been given long-term focus in their respective creative endeavors. As artists, they are also interested in the issues of contemporary philosophy related to life in the so-called post-digital age, asking questions about the substance of value of things or truth of statements and events.

The works, or their concepts, were created by the artists individually, yet their natural thematic closeness allows the exhibition to launch into a dialog about natural processes, movement, space, and the relations between them. The exhibition also builds on their inclination towards site-specific installation, with major attention given to time as represented by the duration of the exhibition itself. 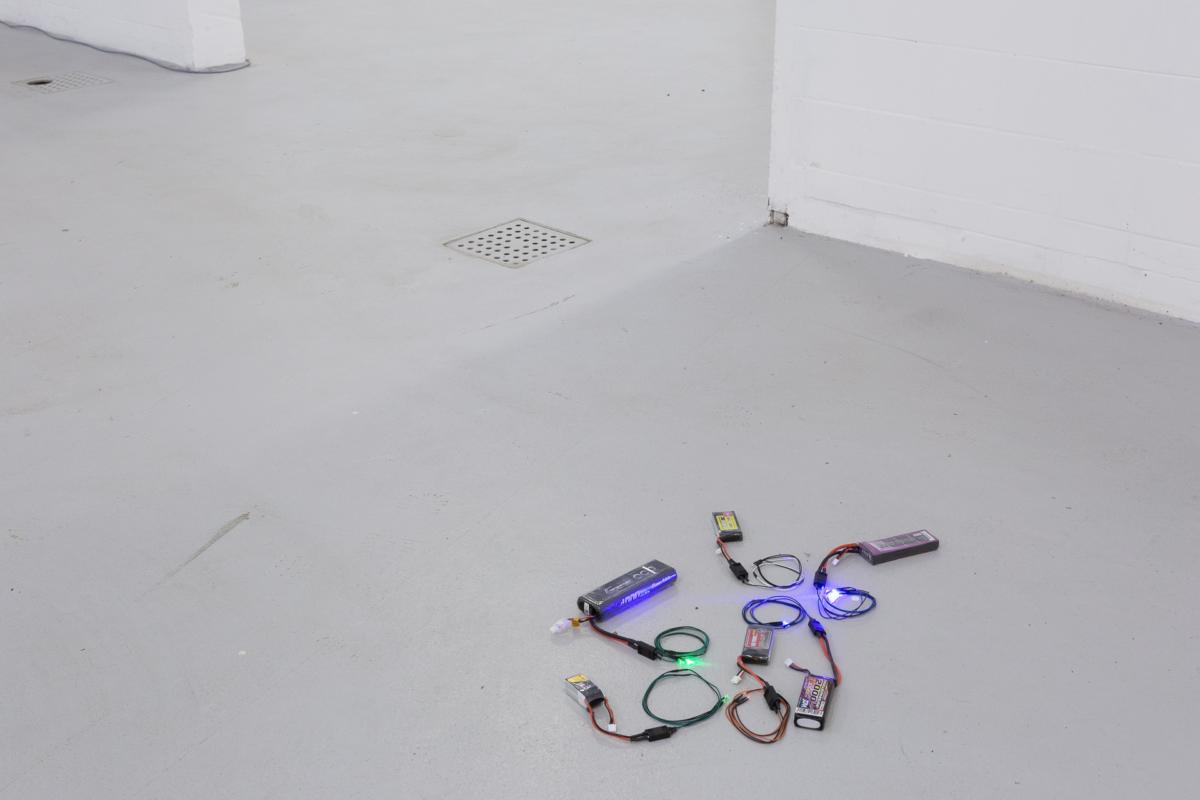 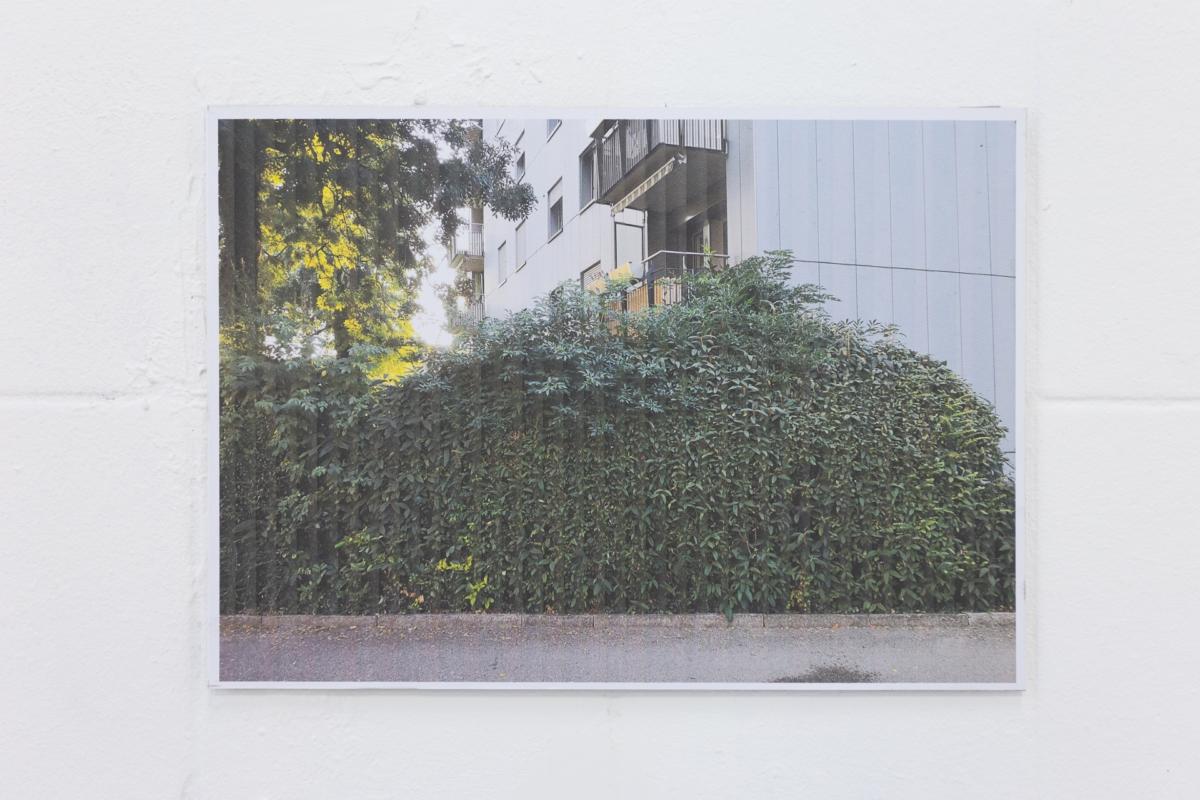 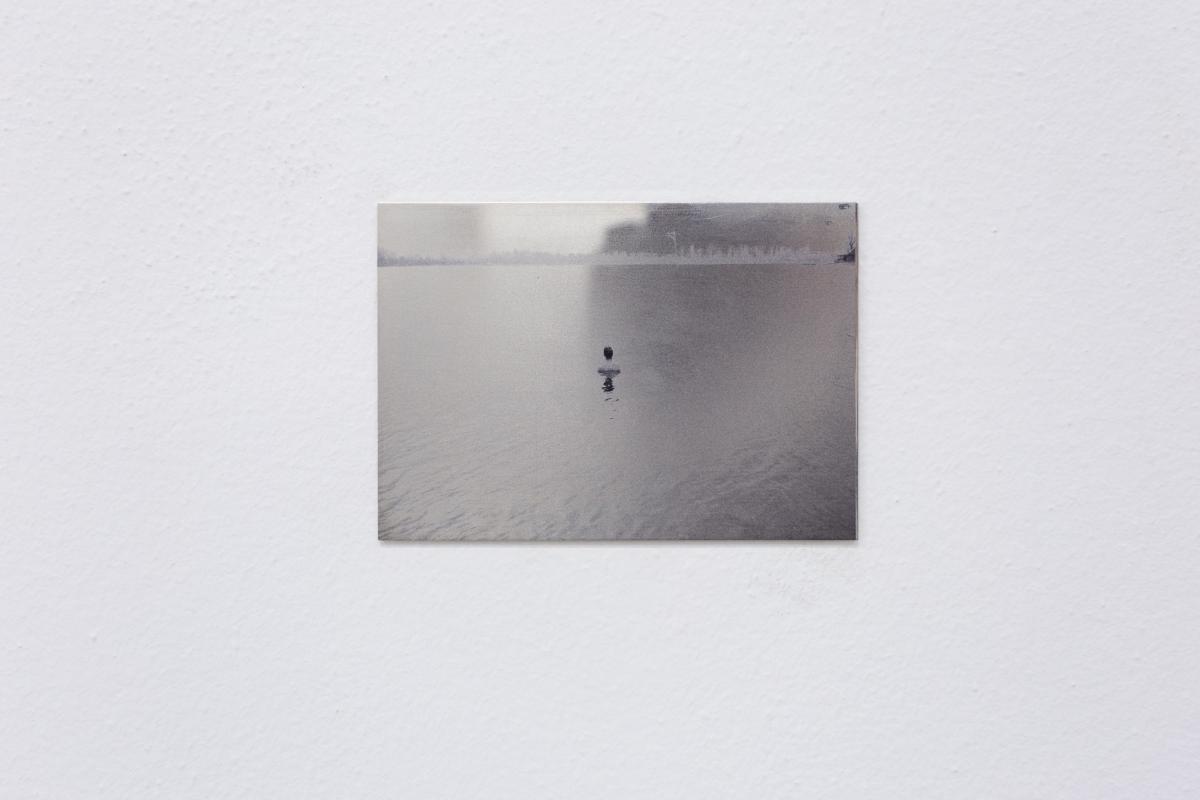 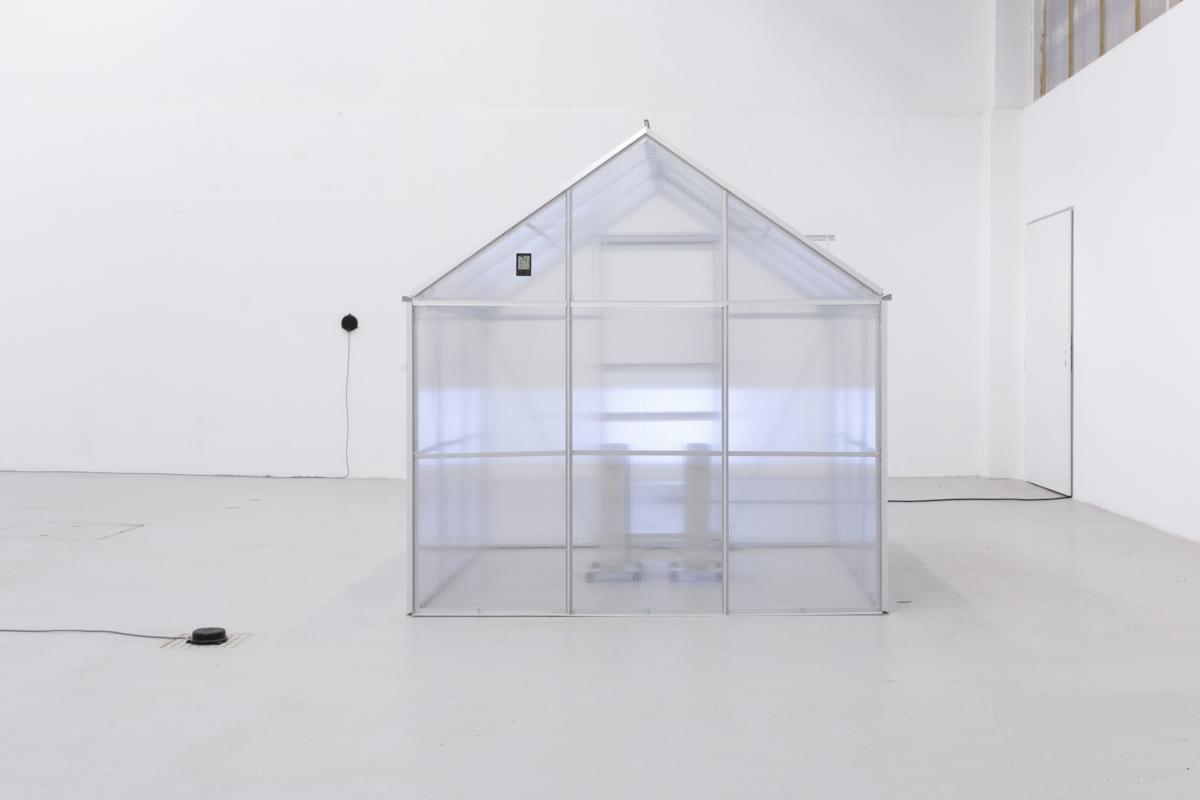 Time, or in this case rather temporariness, is one of the basic topics articulated by Ramon Feller’s featured work. The battery, slowly draining as the time of the exhibition progresses, offers an understated yet clear commentary on our approach to energy. We wrap it up in packaging that sometimes borders on the grotesque, subconsciously transplanting our mundane reality into a cheap B-movie setting, using it up without having the courage to face the apocalyptic outcome that might ensue. The kinetic object Sometimes I Dream Heavy confronts us with our own experience of gallery space and its scale. Even though its behavior follows clear rules dictated by its construction, the possibility of internal variability, unpredictability, and error remains. This summons up a feeling that borders on menace, and it is up to the spectator whether the interpretation involves a strange hybrid creature writhing in slow motion, or windswept remains of a tent left behind by a mainstream music festival. The seemingly random numbers displayed are another of Feller’s means of visualizing (digital) data that form an inseparable part of our world. The shot of a bush in a housing estate is a reference to artist’s sense of the everyday, a need to seek some sort of homogeneous imperfection, and brings back our childhood with its time of discovery. 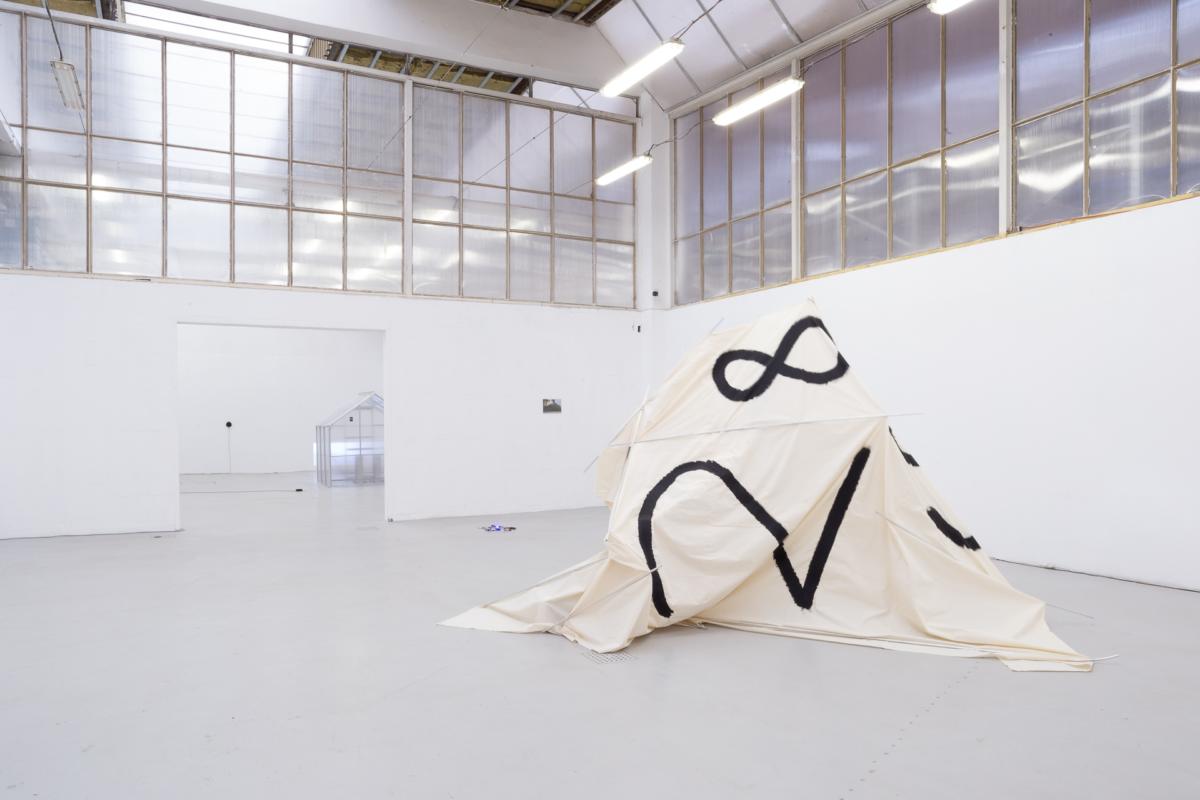 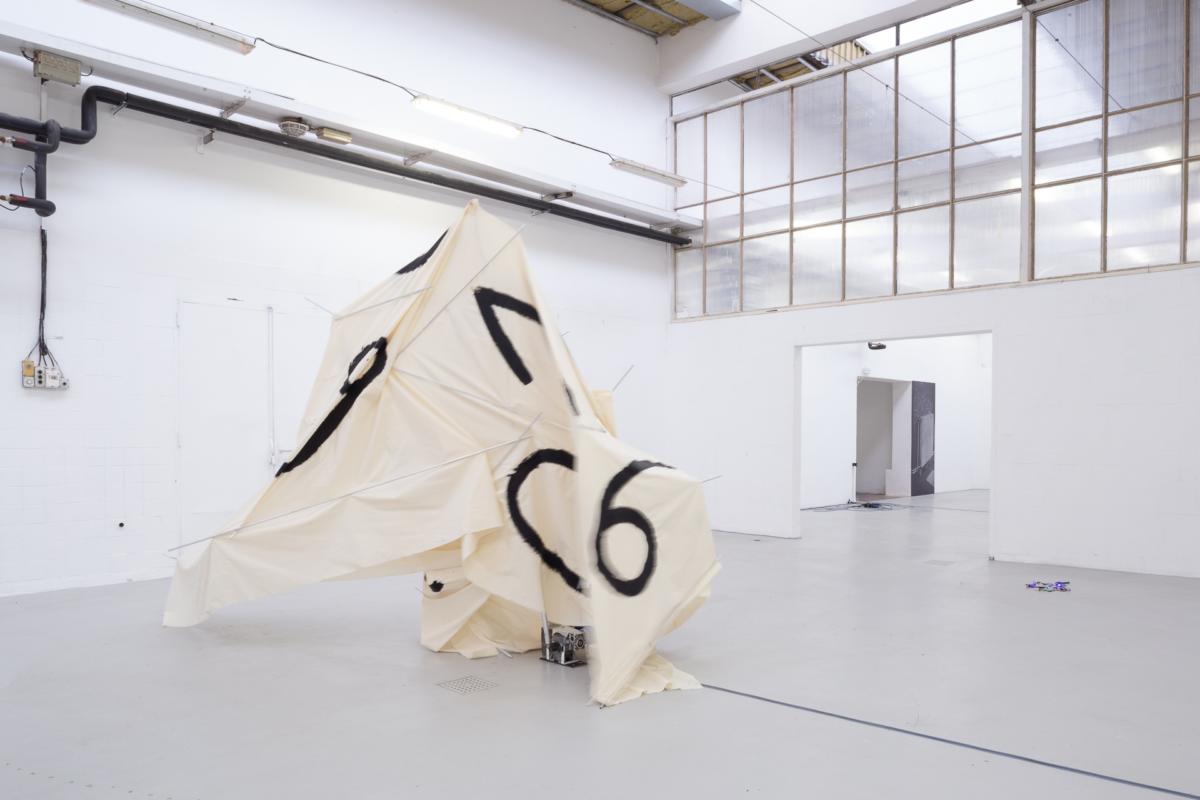 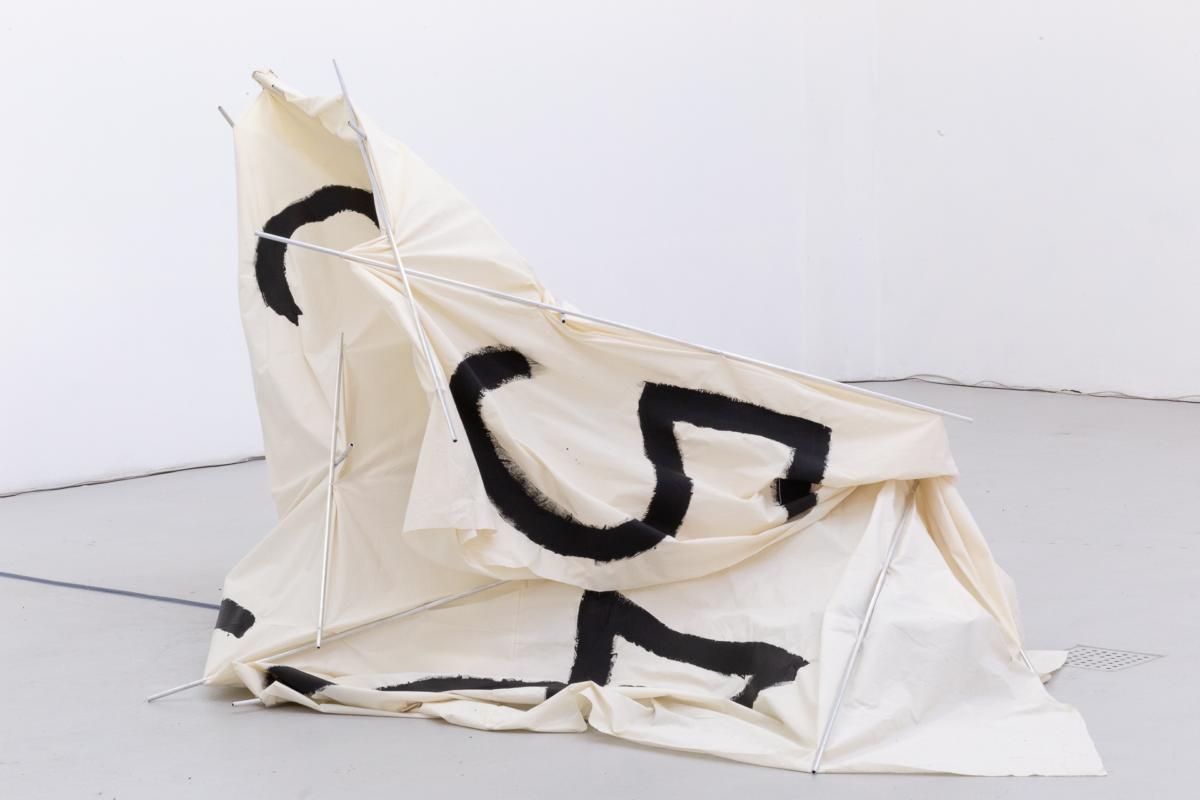 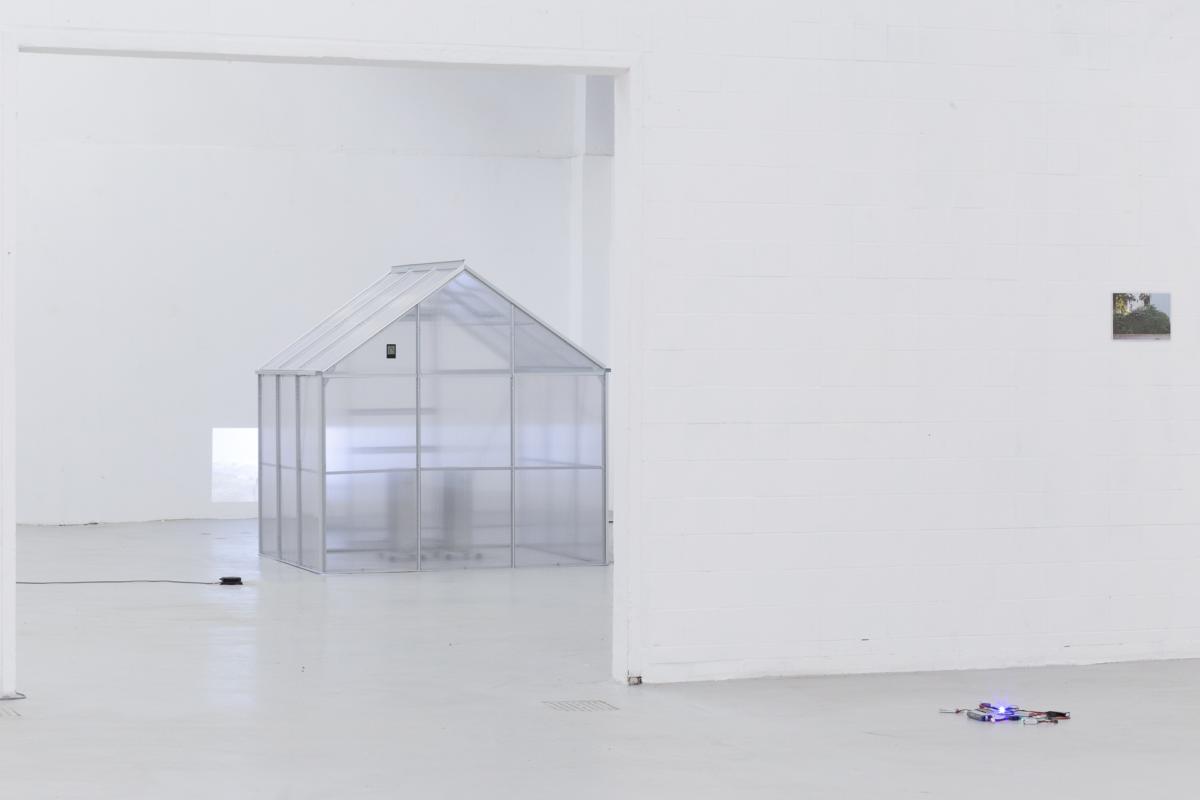 The feeling of insecurity and menace is also present in the work of Ján Gašparovič. The sound installation Anthropogenic Earthquake organically seeps not only into the other works, but above all acts as a parasite of specific and neuralgic points of the gallery. The space and its properties are not merely a topic handled by the work, but also a crucial variable which affects its resulting spatial form (sound). In this way, the creator himself engages in an experience of discovery, exciting surprise and symbolic dialog with the specific site. He uses a composition for eight sound channels to sonically test the space using different frequencies. The way he artistically processes the site confounds and unsettles the spectator, and, above all, brings out its sonic shape. Directional Shift is a copy of the device used by museums in seismically unstable locations to protect precious exhibits. Normally hidden inside plinths or display cases, it is exposed here, with anyone who stands on the platform taking the place of a precious exhibit.

Lucie Gašparovičová works directly with the essential properties of space, thoroughly inspecting and feeling them, until she arrives at the crucial questions that transcend it. Cold and heat are the primary impulse sent out to her by the premises of the former cold storage warehouse. In a continuation of her previous creative approach which involves understanding of traditional craft and materials, conceptual thinking, and inclination towards scientific investigation of the world, she creates a site-specific installation. Her physicality is decidedly present, yet ultimately alienated from the spectator by the closed door of the greenhouse, or the media and materials used. This way, the visitor becomes a mere witness of digital data with information on the “inside and outside” status, or the (non-)present body struggling with the elements of nature. 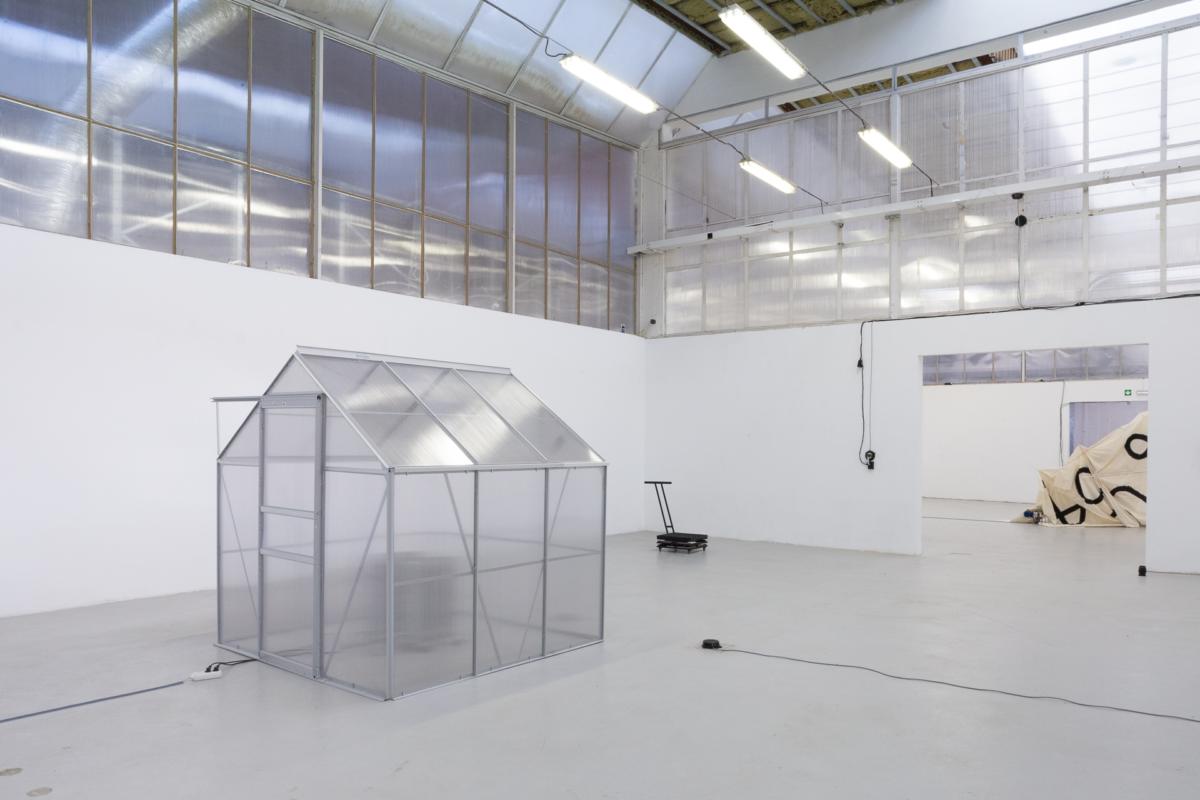 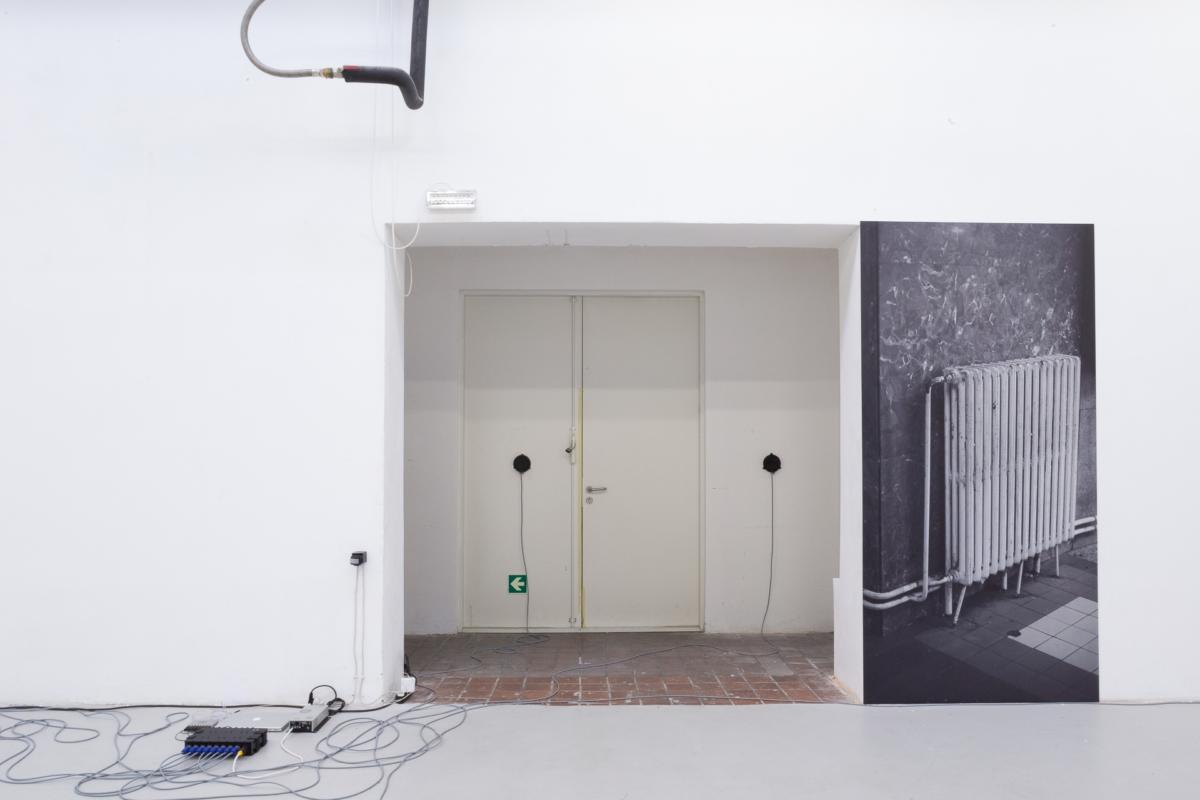 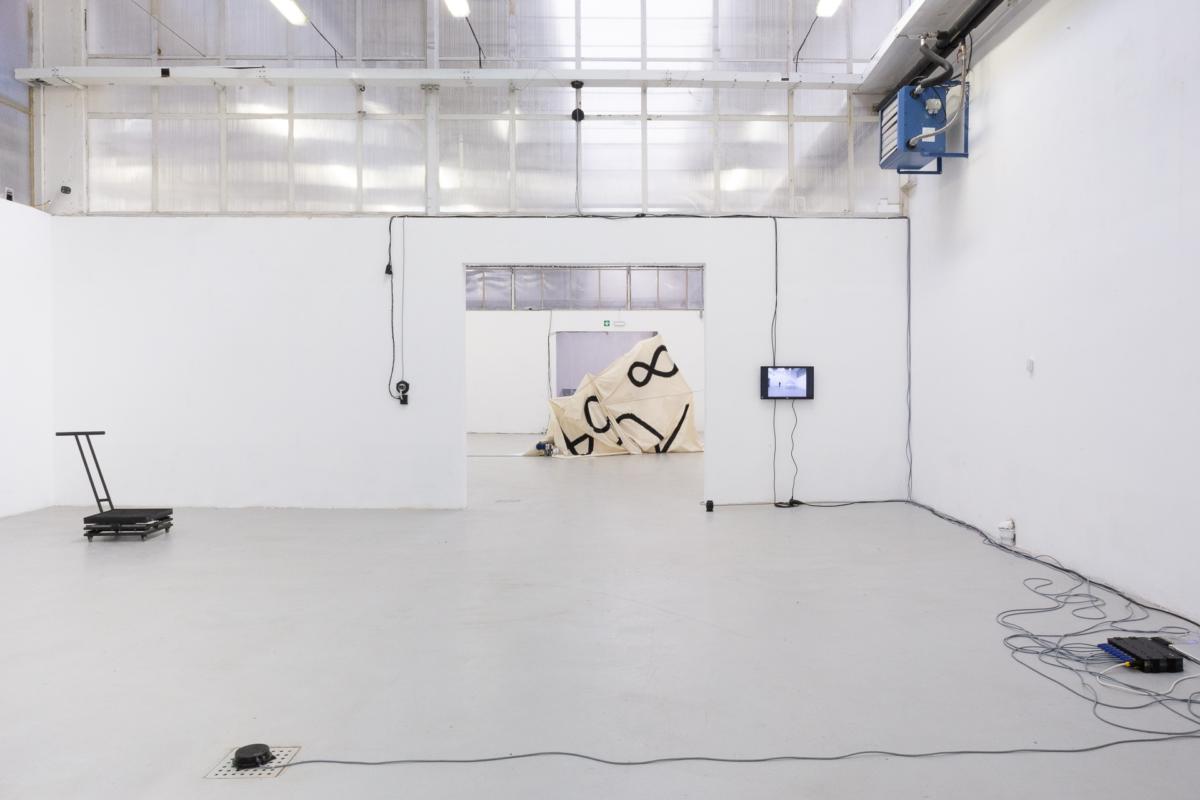 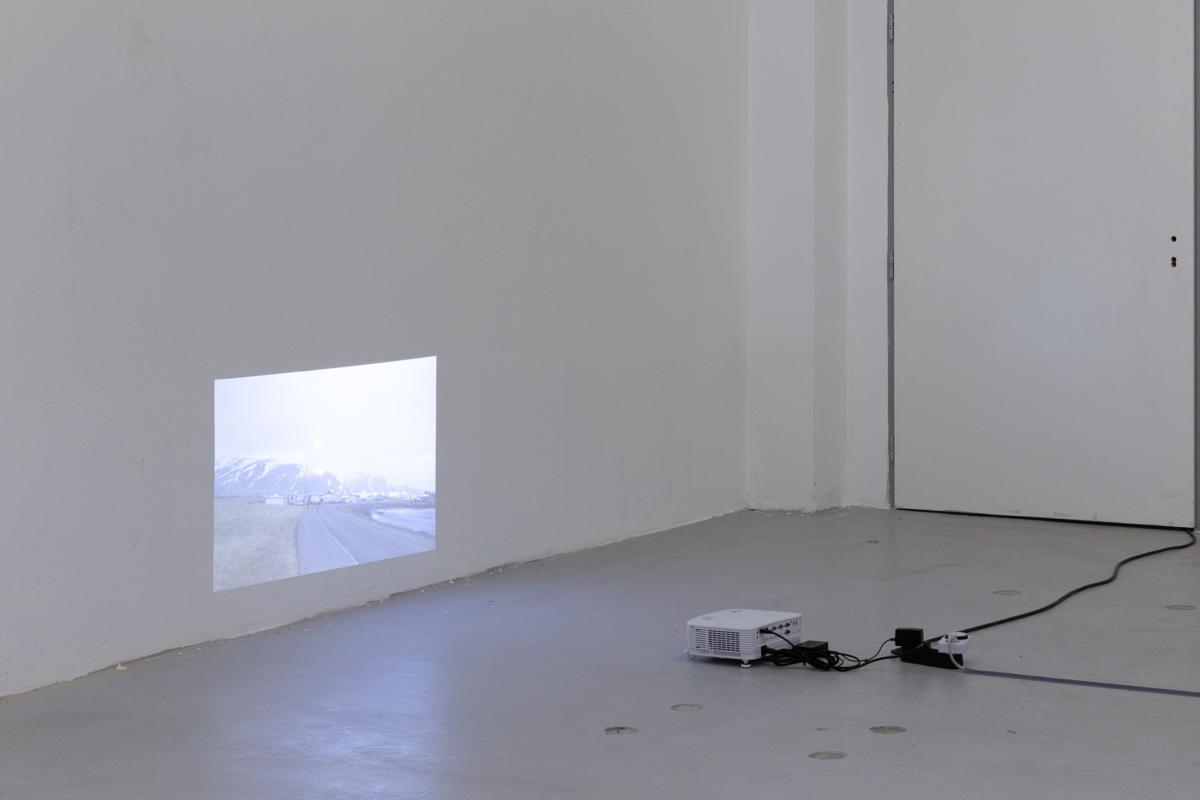 Even though the exhibition was not created with a primarily political intent, the activism is visible due to the very essence of media and technology-based art. Technologies are present not only as means of artistic expressions, but also as objects of direct criticism. An important role is also played by the social context wherein the artists create, and which naturally turns into a topic of their dialogs.

Much like our cognition of the displayed photograph of a figure wading into a lake is subconsciously influenced by the season of the year in which we watch it, the meanings of the exhibited works are unarguably intertwined with the current vehement geopolitical changes taking place on our planet.