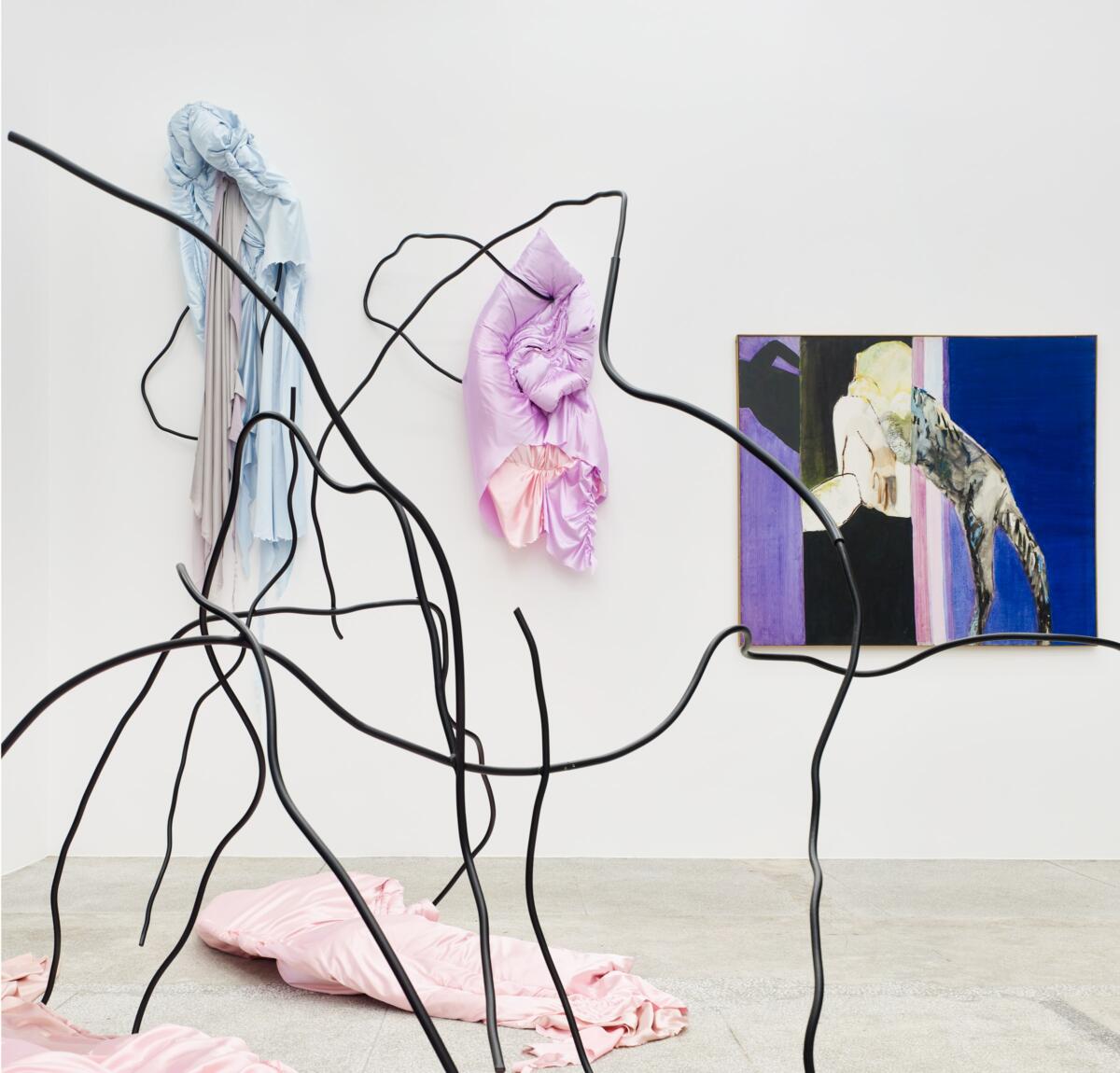 Betwixt is a place that requires two separate points of reference to be created. These  points can be people or objects. When they are put together, a kind of axis is built.  Separate points on the map are quickly joined with a thread that is invisible to the eye.  This line can tighten and relax in a controlled way depending on how close or far they are  from each other. The bodies that clash with one another create tension – the relationship  space. In between, everything becomes blurry. It’s hard to tell which is one and which is  the other. Together, they create an open room that everyone has access to. Its space  shrinks or expands depending on how many guests stay in it. We can find many similar  networks of this kind around us. Together, they all create an ongoing project of a house  where everyone has a corner of their own. The stories of individual rooms mesh and  overlap on top of each other. They create a ground for us to walk on. Each of us become  coordinates, points of reference on a map that measures this abstract space. The distance  from her to her is the same as from me to you. From guests, we turn to hosts. The moment  we change our role is instant. The length of this second changes depending on the time  we become aware of what the betwixt is. 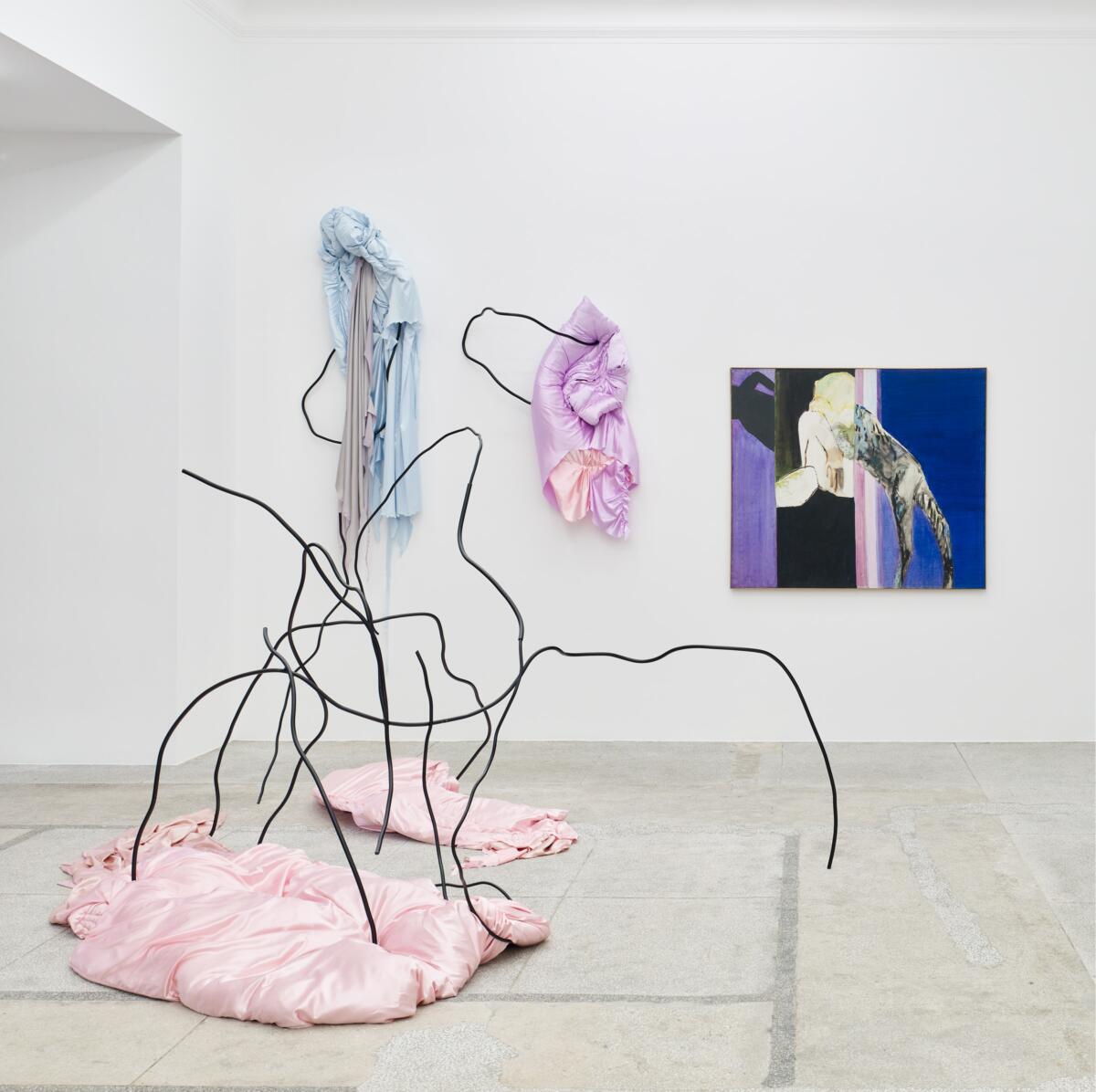 Betwixt #2 is the continuation of a project of which the first edition took place over 3 years  ago and consisted of works from artists of different generations, Wanda Czełkowska and  Paul Czerlitzki. 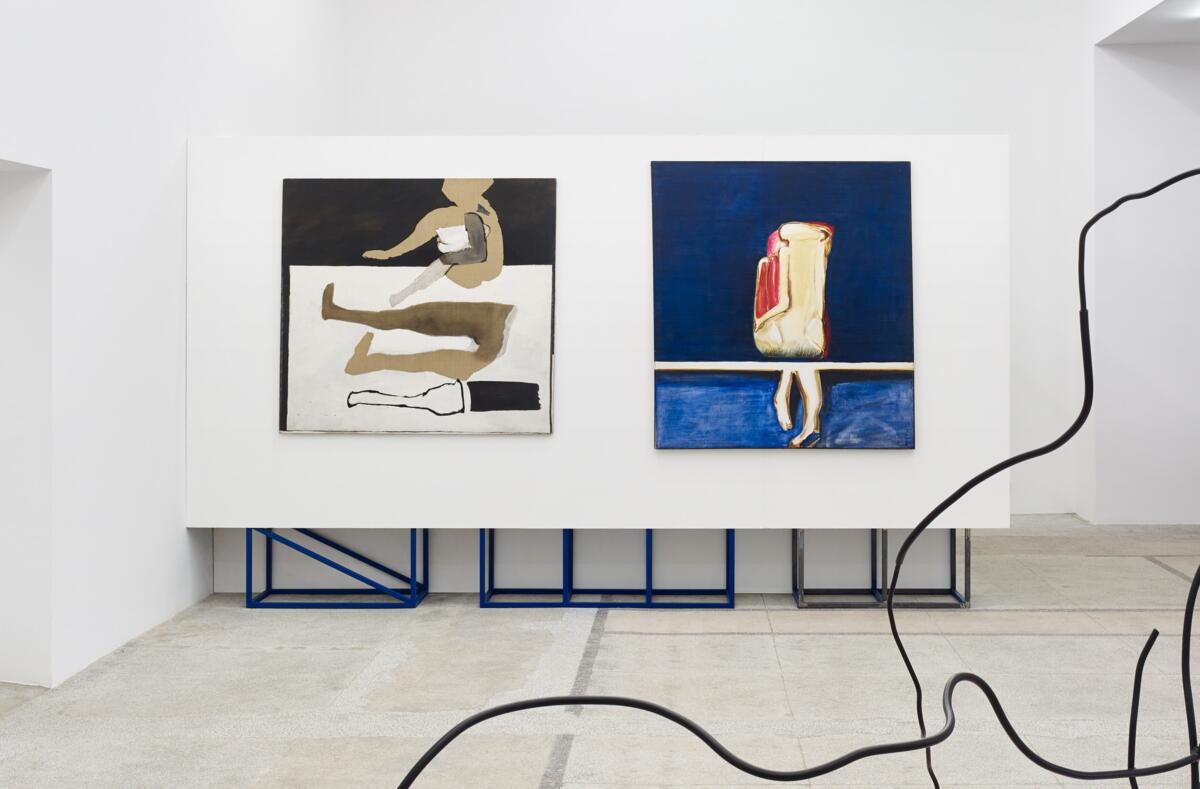 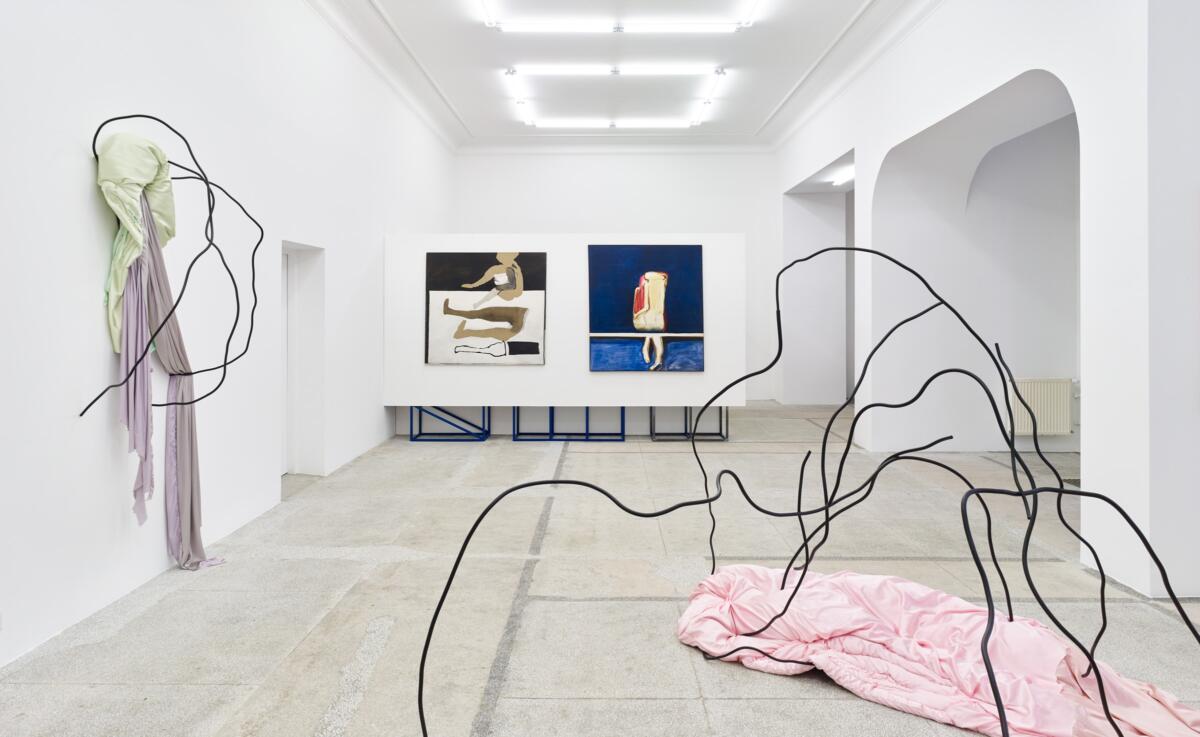 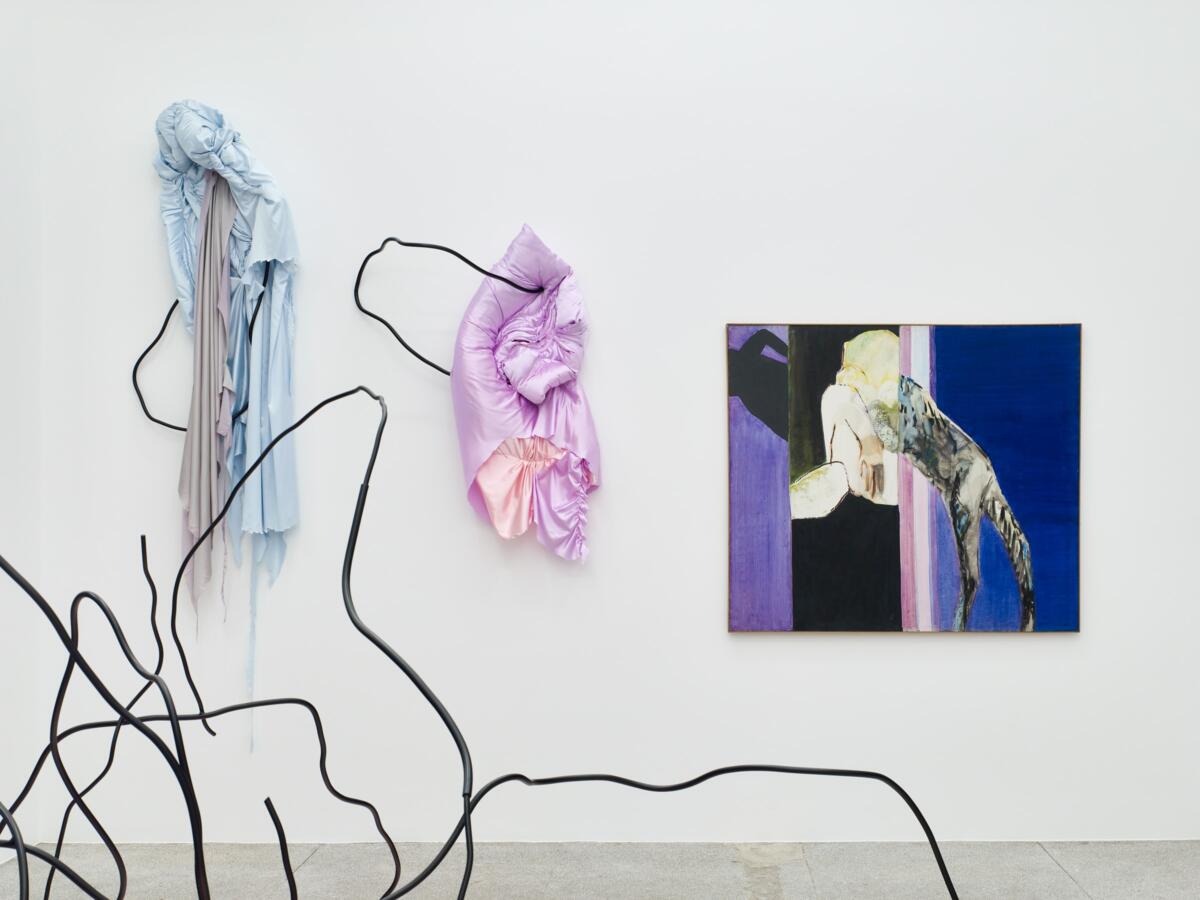 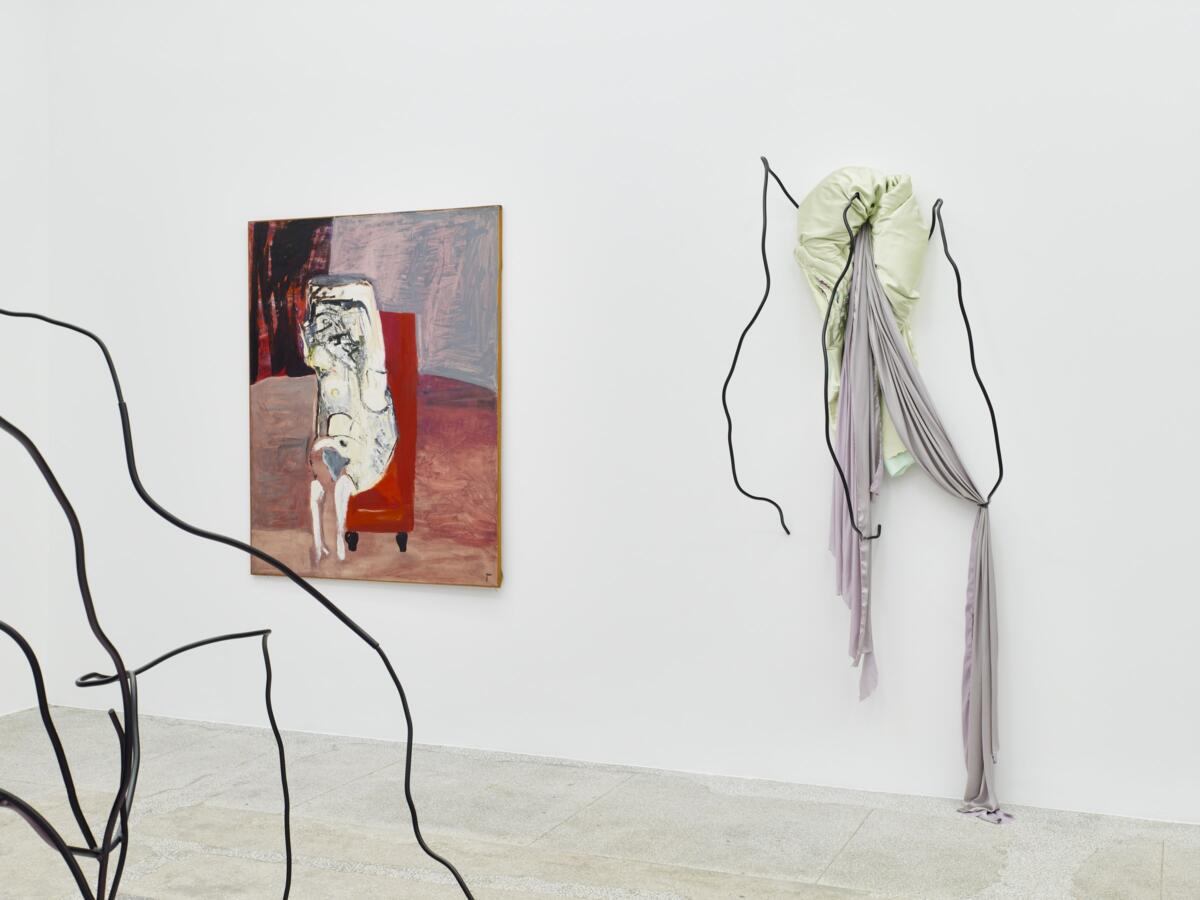 Zuza Golińska is a multidisciplinary artist who explores the seemingly binary relationship  between modernism and contemporary romanticism, between discipline and magical  thinking. She analyses the events from her life in a broader socio-political context, noting  the patterns of which she is a part of. Zuza is interested in the heritage of the former  Eastern Bloc in the construction of her own cultural and gender identity. In her work she  explores the impact of space and architecture on human beings. She analyses the  relationship between an organized structure and the body. The public and the private  sphere. Using different means, Zuza tries to build new models of shared spaces. She  wonders what it means to be together and to what extent this is possible nowadays. Is it  possible to create a community through a properly constructed space? She consciously refers to familiar functional forms or architectural models, which she then  deconstructs. Through her projects, Zuza tries to build new, less hierarchical relationships  with people and the environment.

The key to Teresa Pągowska’s work is (as art theoreticians had written) the human figure.  The artist was associated with the international New Figuration movement. Even though  everything seems to be right: the silhouette, expression, subjectivism or deformation, the  term “figure” has multiple meanings that seem to drift away from the human body itself – a figure is in fact devoid of a body, it’s simply a shape on a surface, an idea of human  physique. Therefore we need to look not at the figure in Pągowska’s paintings but at the  body because it dominates in her work. Through it she wants to convey something special  to us. It is not just some abstract body, it’s a woman’s body.

“My painting becomes my image and its strength becomes my strength,” said Pągowska,  emphasizing the integrity of her work and her artistic focus.

In Pągowska’s paintings subjected to the highest notion of work discipline and constant  simplification, one feels very directly the anxiety, tension and strong emotional charge  creating an unclear situation that’s happening or is about to happen. 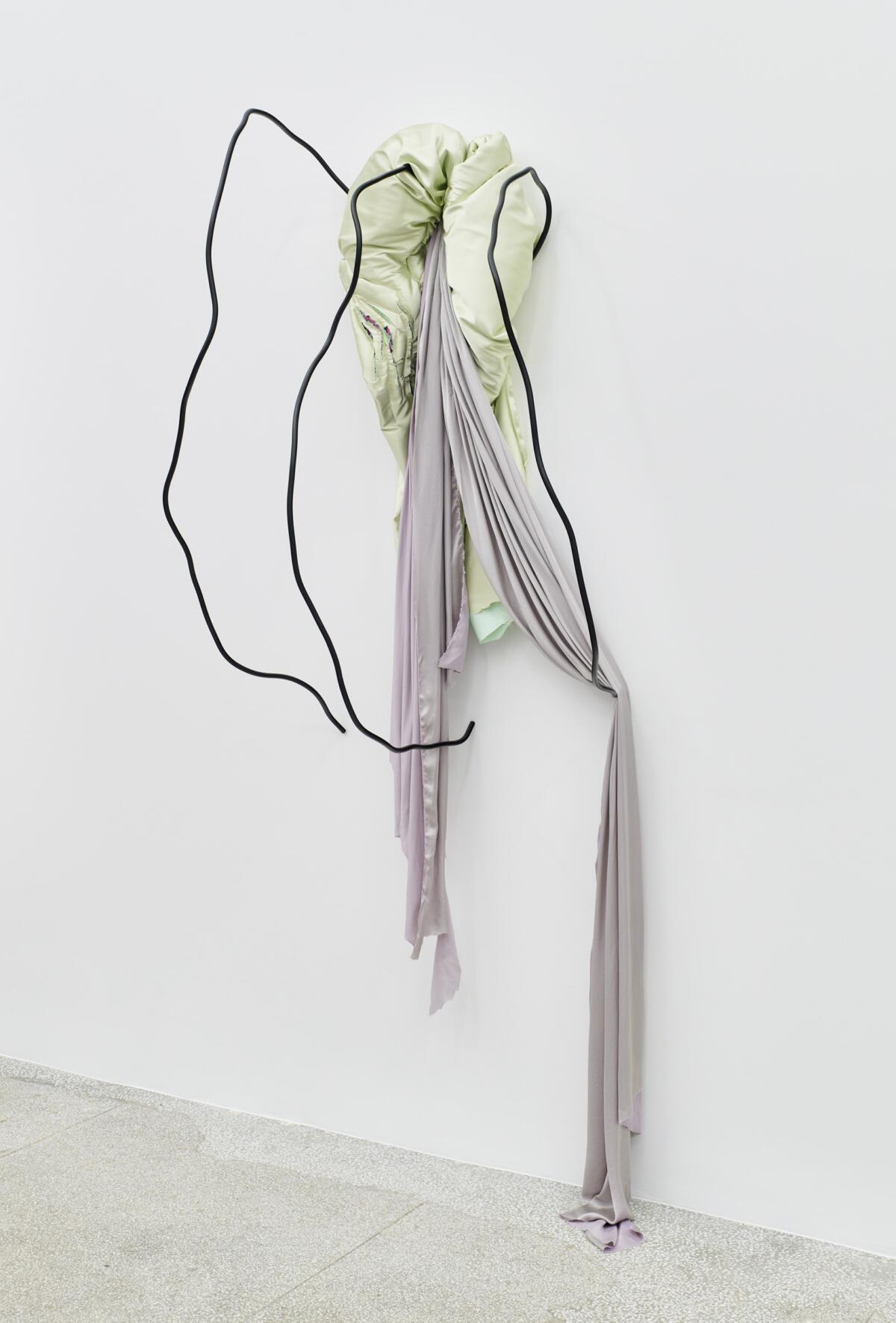 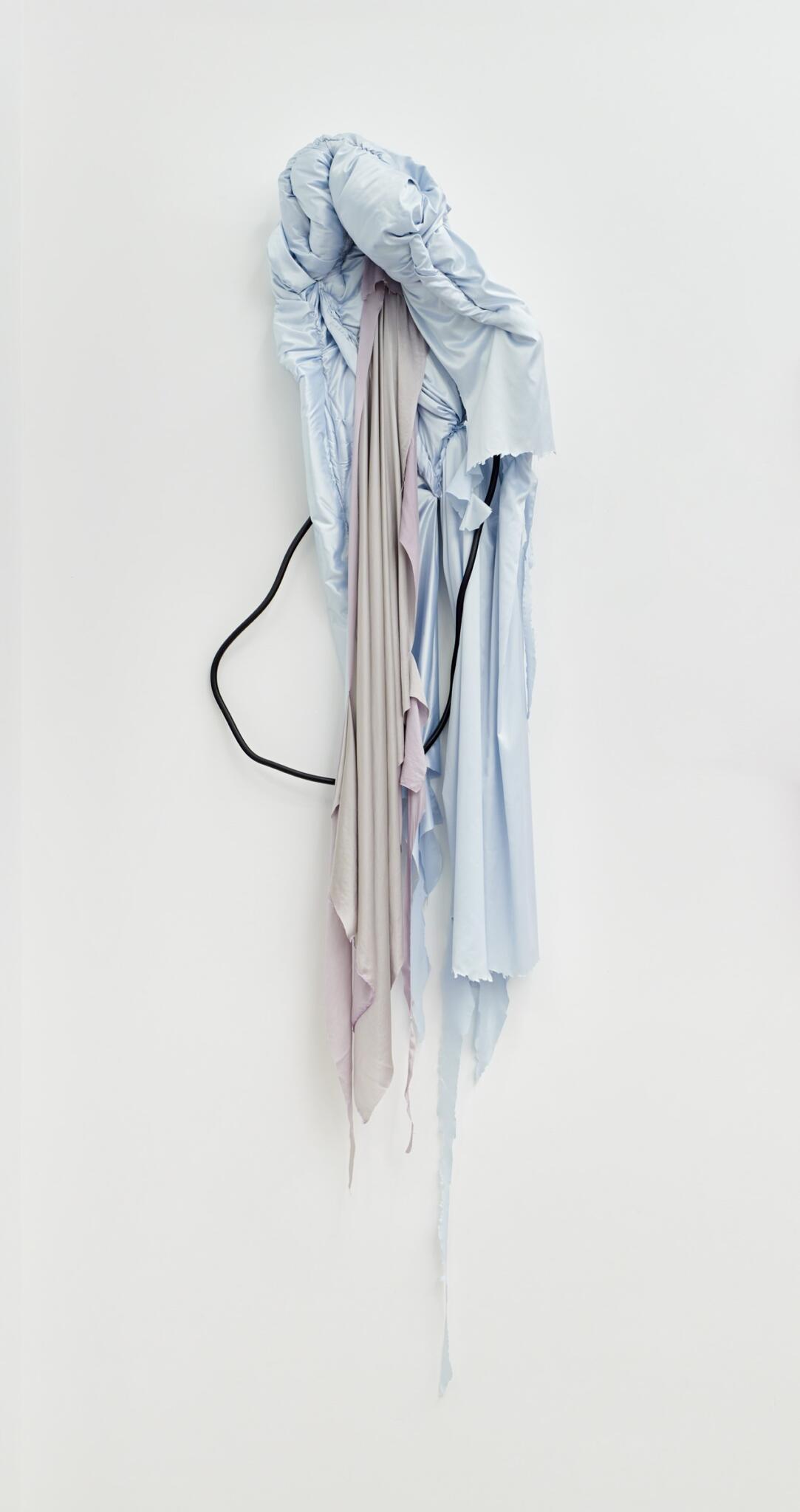 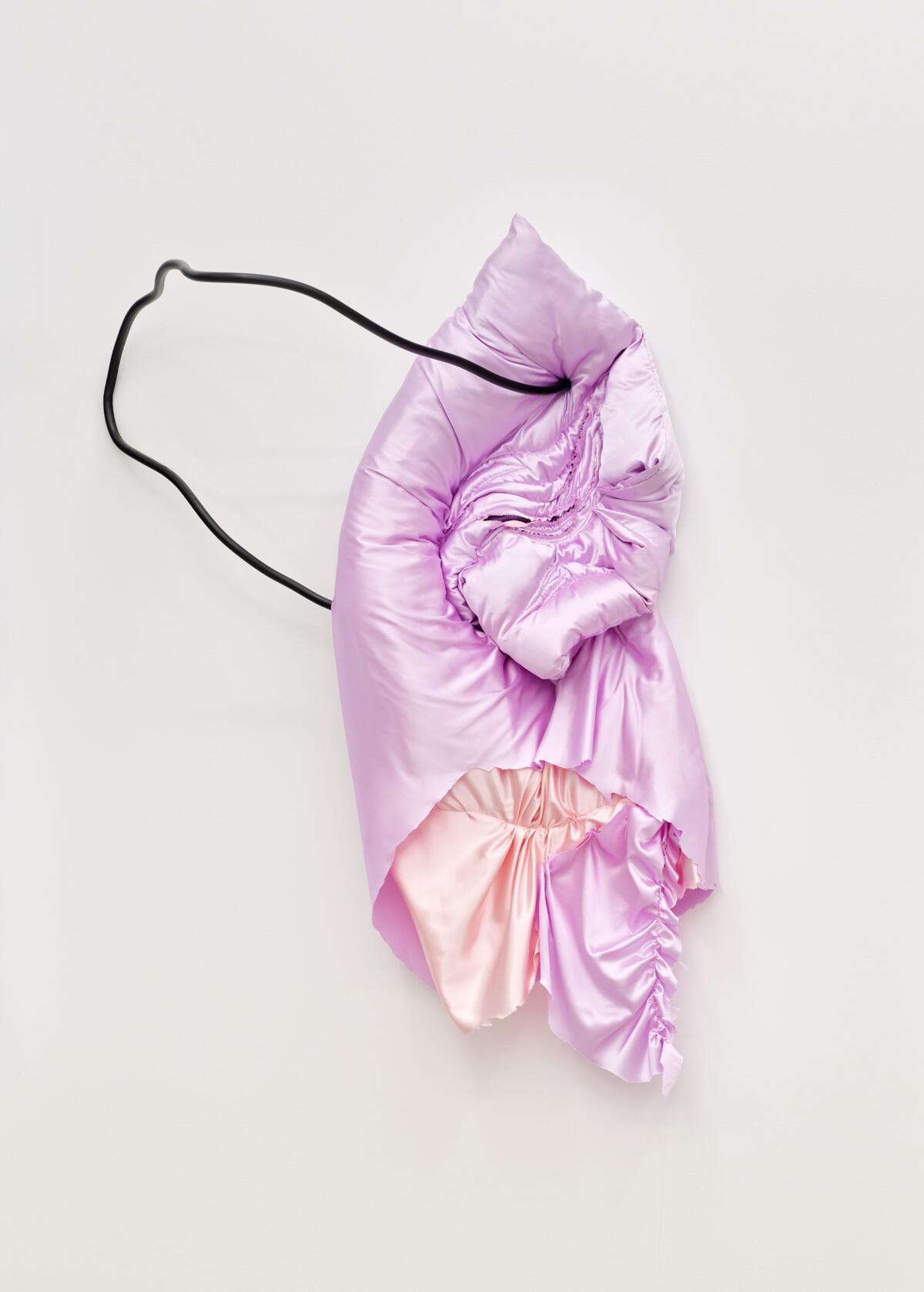 Zuza Golińska (born in 1990 in Gdańsk) lives and works in Warsaw, Poland. A graduate of  the Studio of Spatial Activities at the Academy of Fine Arts in Warsaw. She wrote her  master’s thesis under the supervision of Anda Rottenberg. In 2015, she was nominated for  the StartPoint Prize. In 2018, she won the ArtePrize awarded by the ArteVue and Delfina  Foundation and is one of the winners of Dorothea von Stetten Art Award 2022. Her works  have been shown, among others in: Museum of Modern Art in Warsaw, Zachęta National  Art Gallery in Warsaw, Delfina Foundation in London, National Museum in Prague,  Yokohama Triennial, Kunstmuseum Bonn. Her works are in public collections, among  others in: Zachęta National Art Gallery, Lewben Art Foundation, European Investment  Bank Art Collection and in many private collections.

Teresa Pągowska (1926 – 2007) graduated from the State Higher School of the Visual  Arts in Poznań where she later became an assistant in the Studio of Piotr Potworowski.  She made her debut at the end of the 1940s. In 1959 she took part in the Paris Youth  Biennale (Premiére Biennale de Paris). In 1963, she took part in two international  exhibitions of the New Figuration: La Nuova Figurazione in Florence and École de Paris  1963 at the Parisian Galerie Charpentier. The 1960s is a period of accelerated  international activity of Pągowska, including exhibitions in France, Switzerland, and Italy. In  the 1961 she took part, as one of only two female artists, in the 15 Polish  Painters exhibition at the Museum of Modern Art in New York City. Works in the collections  of, among others, the Muzeum Sztuki in Łódź, the Muzeum Susch, the Zachęta National  Gallery of Art, the National Museum in Warsaw, the National Museum in Poznań and in  many private collections. 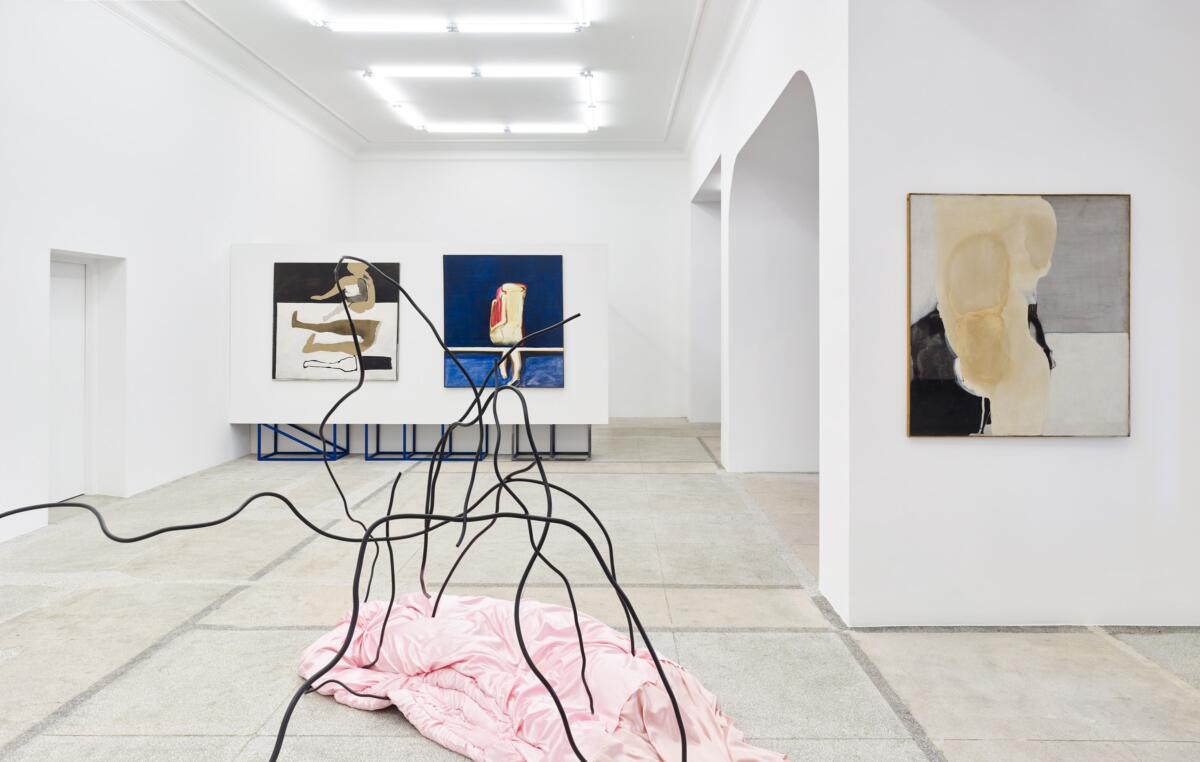 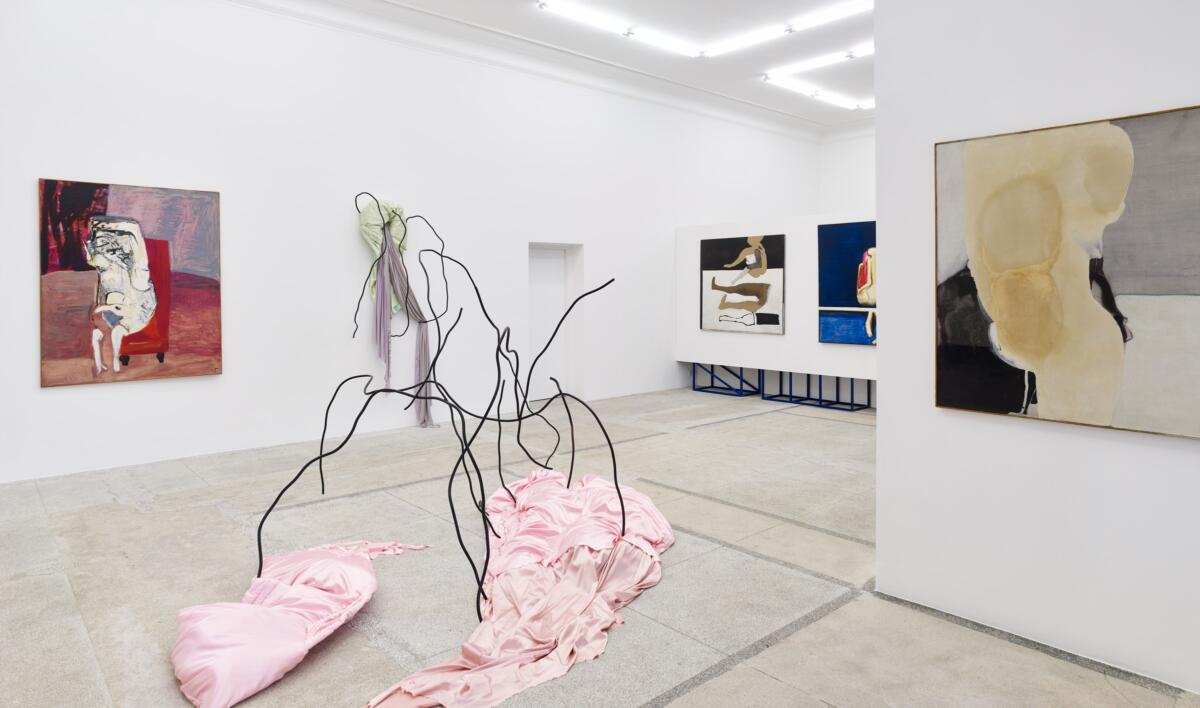 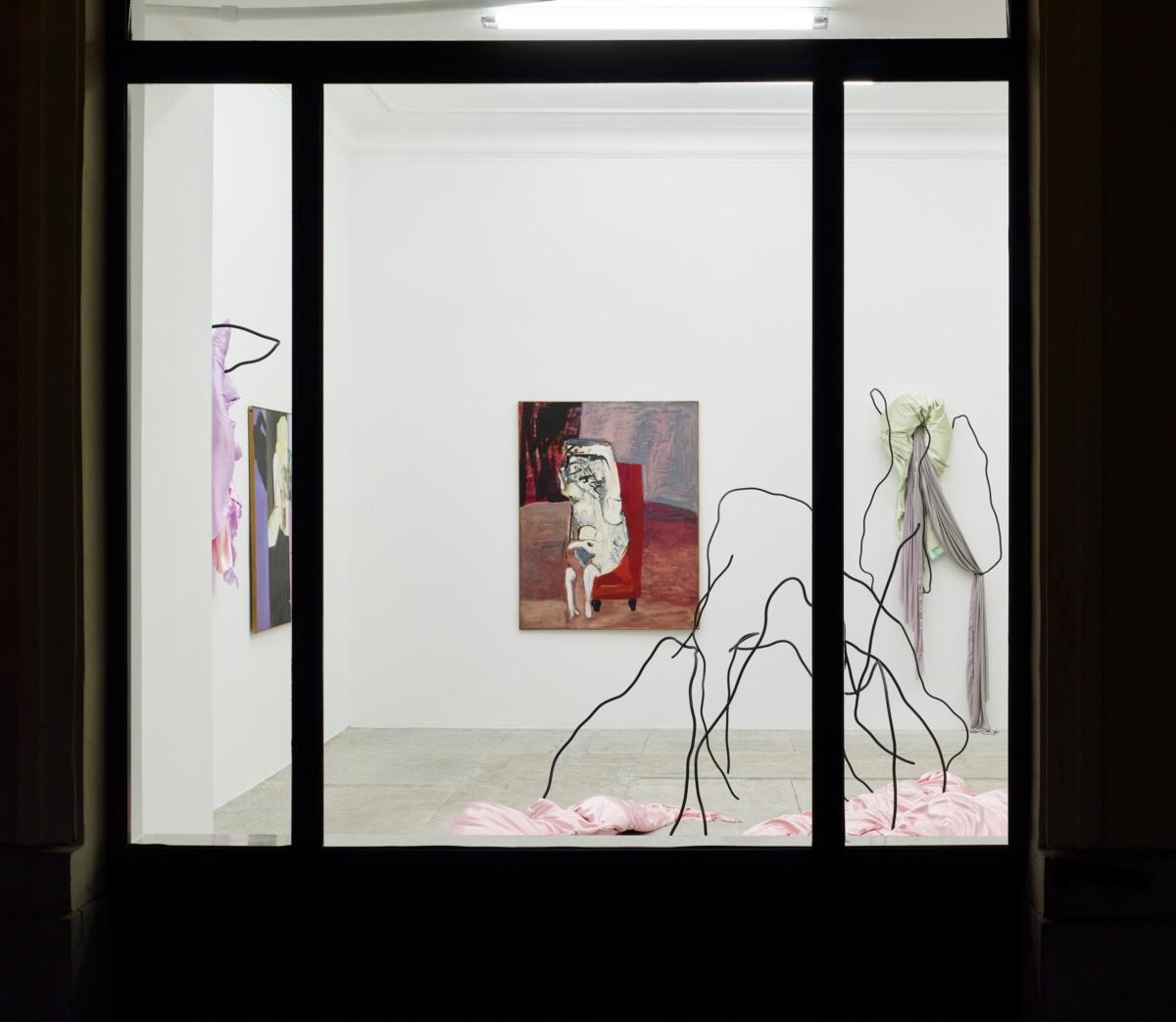 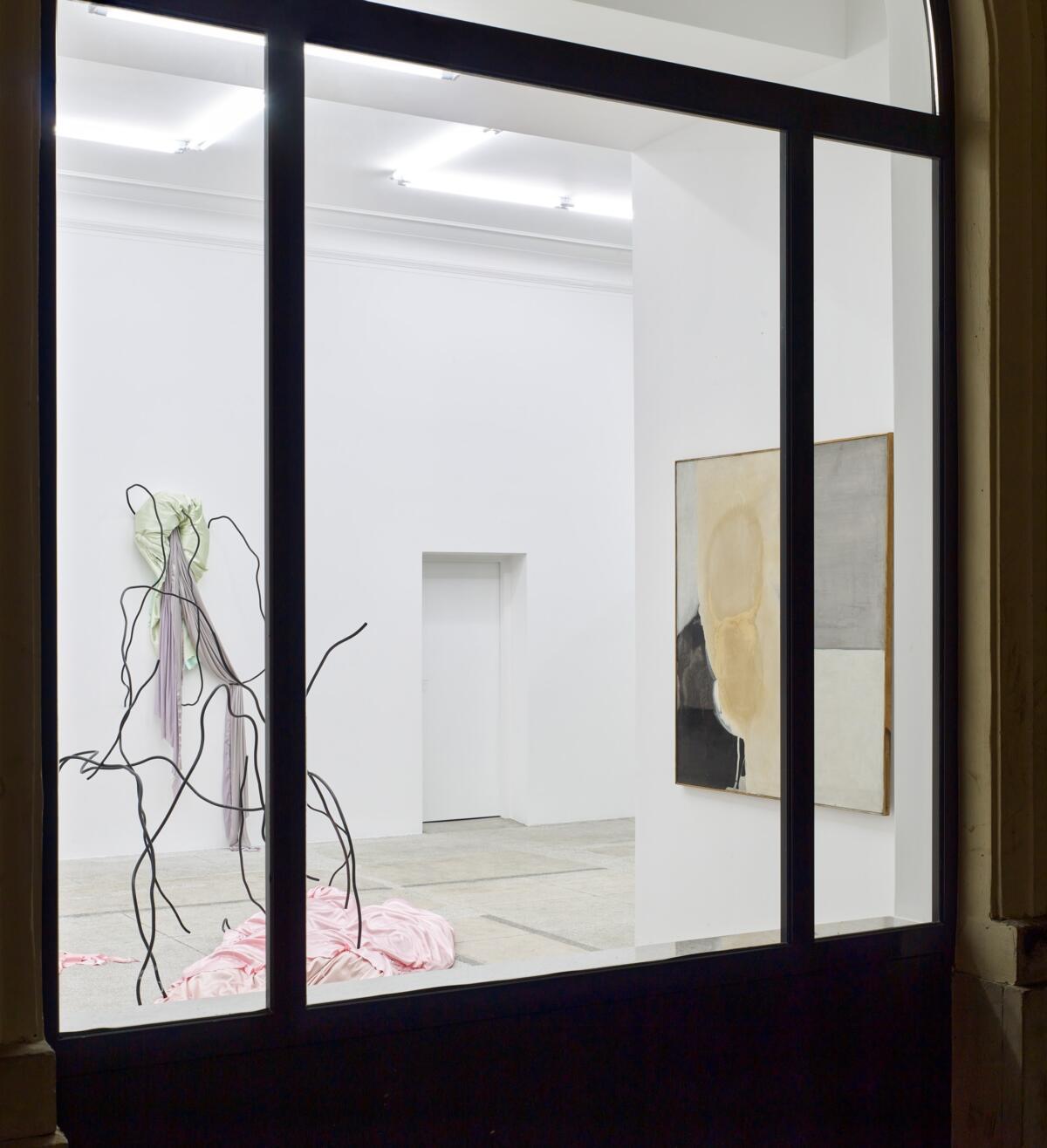