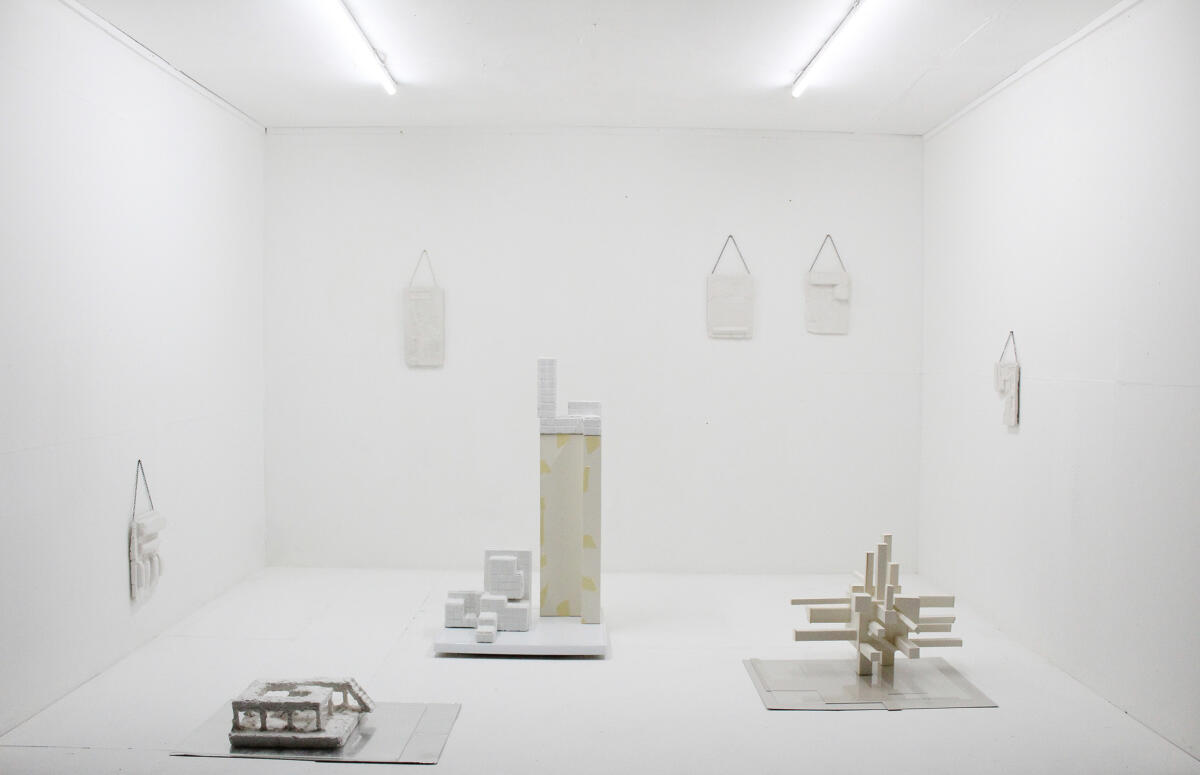 Artist Takeover is a new column where select artists share and promote their work through their own words and images. Here, we don’t ask questions nor demand answers, it’s instead an opportunity to let the work and the artists speak directly to their audience.

I’m a visual artist based in Vienna, born in Rostov on Don, Russia.

I work with focus on space, architecture and its dramaturgy. Very often I bring into my work personal narratives, theatre theory and art history. I see my work also as a visual vocabulary which I translate to the wider audience. My spatial compositions always bear some questions towards institutional critic and the infrastructure of knowledge. An uncertain state between construction and deconstruction is also something what I’m very interested in.

For one year I’ve been working a lot with questions of modernist utopia of the 20th century. I was analyzing Eastern European social solutions of housing, questioning the role of typical panel block architecture which represents 80% of Russian urban landscape. I collect projects and ideas of Russian Avant-garde schools such as WcHUTEMAS, philosophy and non-western vision and within my works I analyze connections and influences of these concepts on the physical space. 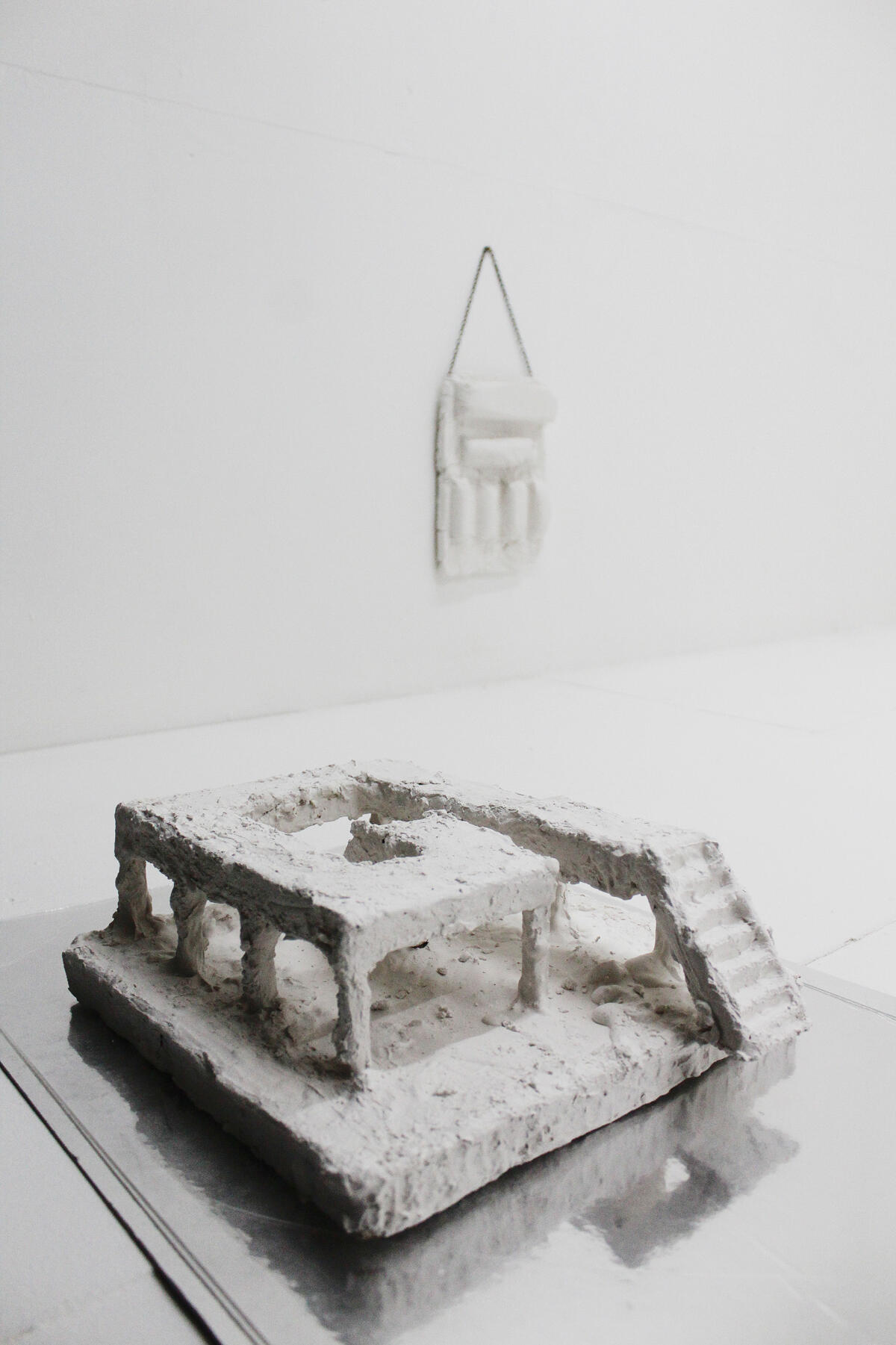 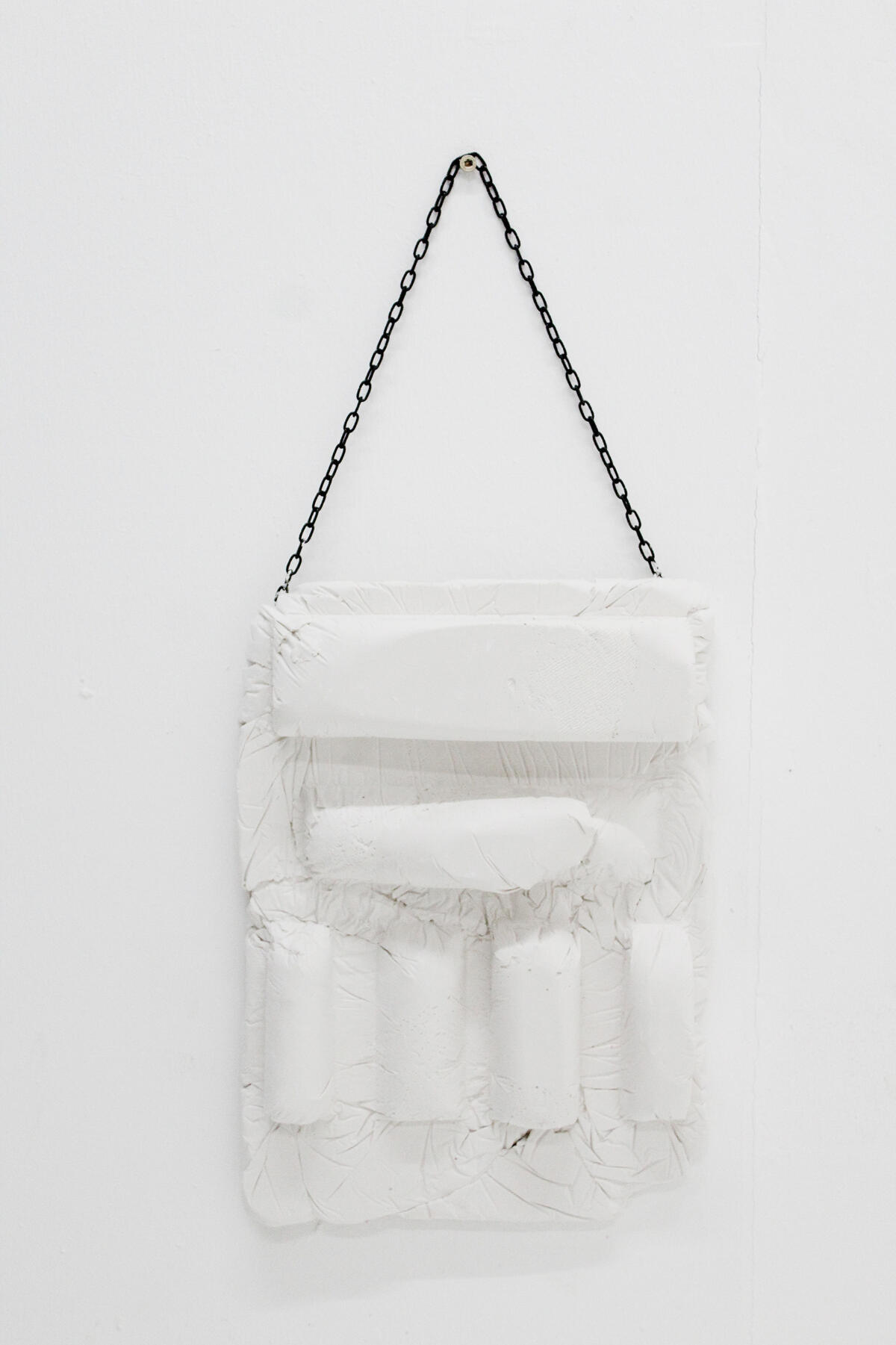 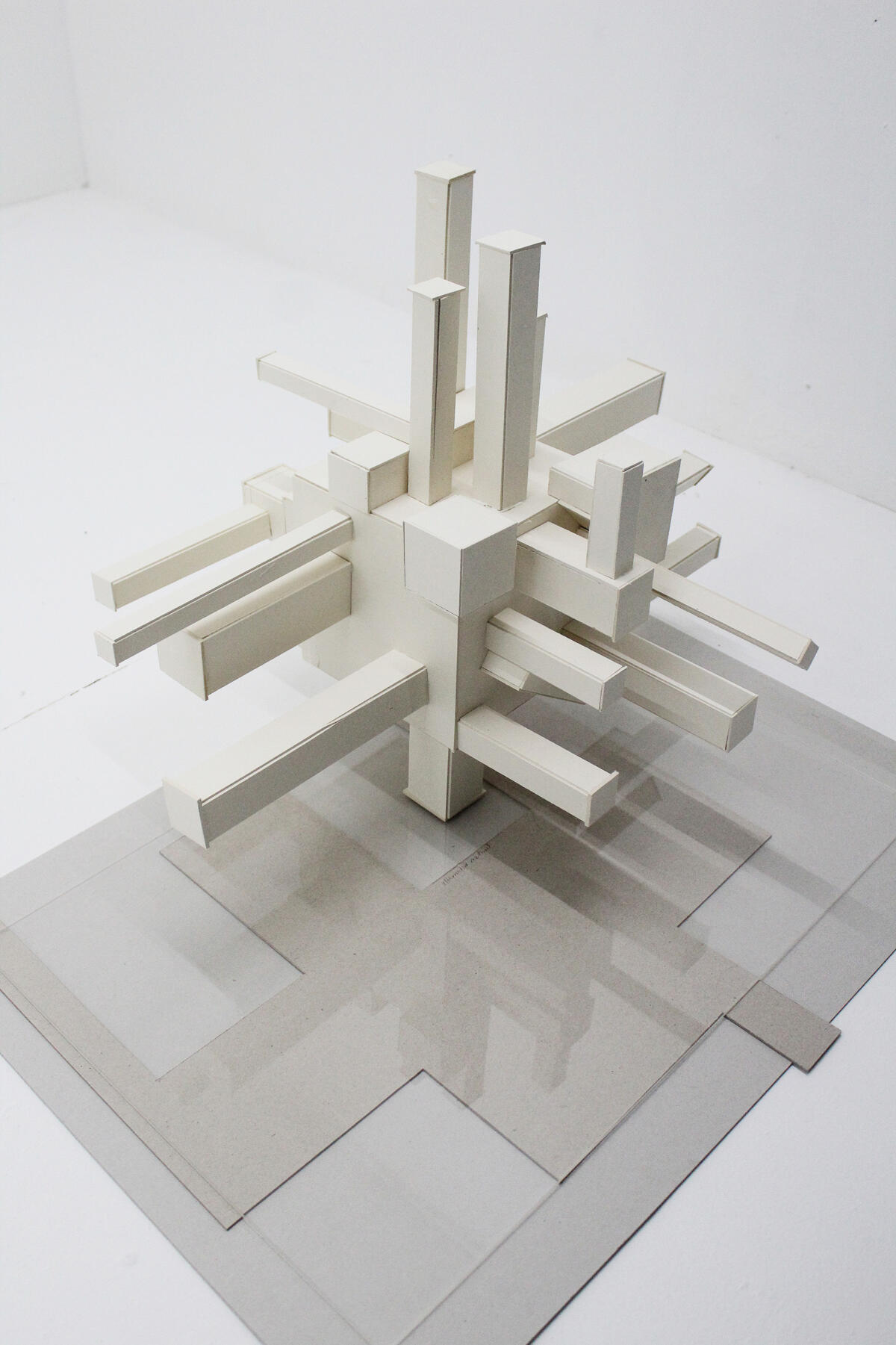 With these themes I was dealing in my solo show Silent Places at [inthebox] Sootboern, Hamburg, which can be seen as an archive of modernist utopia on its own, showing algorithms of suburban landscapes in different post-socialist countries: the absolute silence of panel construction quarters which are situated in suburban areas. The quality of the utopian concept of socialism which stayed there can be seen as a silence of unspoken fears, the silence of some point of no return, the silence of unfulfilled desires and hopes.

The space of [inthebox] was the perfect environment to present those works. The todays artists’ studio and art venue Kuenstlerhaus Sootboern, where the self-made white cube is situated in the middle of the entrance hall, is a former school building designed by the Bauhaus architects Ernst and Wilhelm Langloh in 1927. After the construction of the nearby Hamburg Airport in 1950, the school had lost 2 floors due to the airport security measurements, and soon, because of the unbearable noise by the planes, it got closed down. The building is surrounded by a cemetery from one side and the airstrip from another. In this paradoxical area, the school building implements a ghost of modernism which has recorded social and infrastructural changes in itself as well as its own death. The house is not only a monument, but also a physical archive of intangible memories and actions. 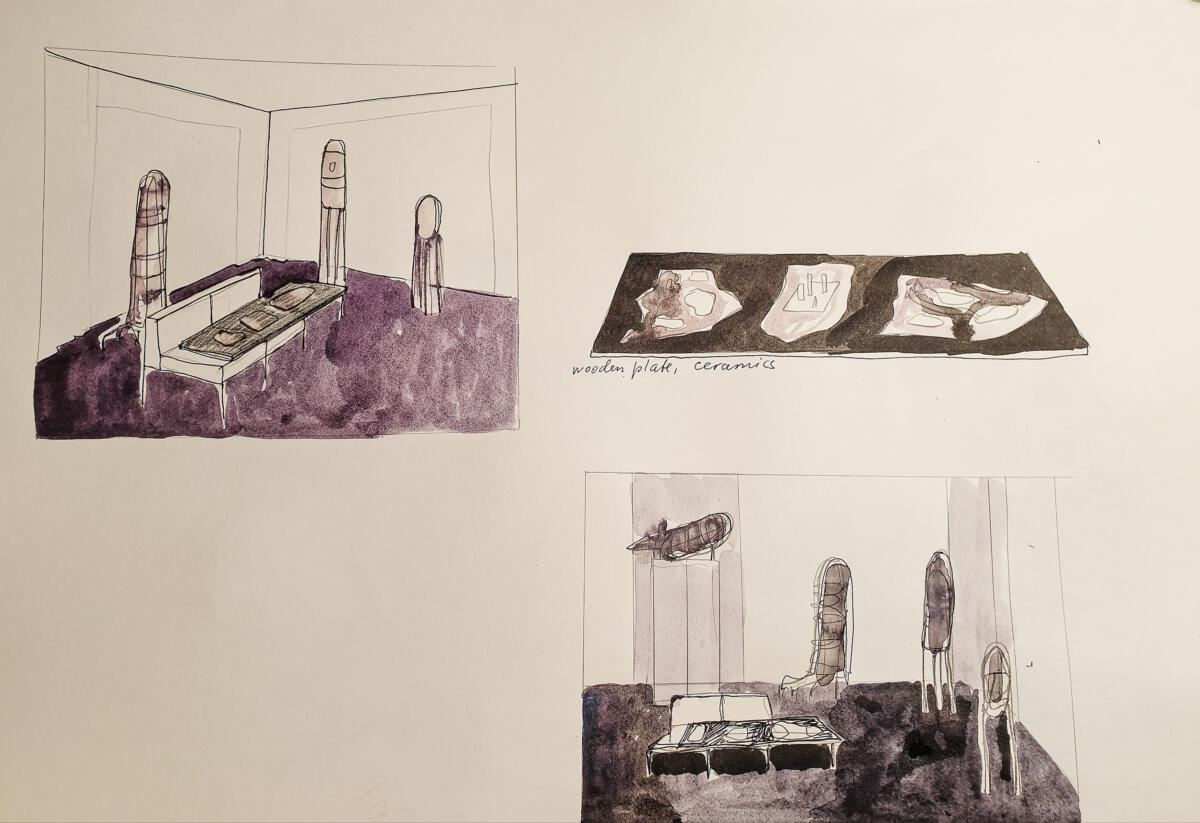 Anna Bochkova, 'A Study for the Exhibition Space', 2021

Parallel to the socio-political questions of the space, I deal with more conceptual ideas of the space. At the beginning of the pandemic, doing a theoretical research about Avant-garde I came across a very particular philosophical movement of Russian Cosmism, which was a certain tendency between thinkers, philosophers, scientists and artists who dealt with questions of immortality, human body, society, space travels and eternal solidarity. In March 2021 I was able to present the first part of this project in Einstellungsraum, also in Hamburg.

I grew up in a typical panel block housing area, which has an exact same structure as in every average city or town in former Soviet space. The difference from the average soviet district was that the streets weren’t named after Lenin or Marx but after different cosmonauts, galaxies, planets or stars. It has of course a very speculative quality since this landscape had nothing to do with soviet space program, but exactly this quality fits really well into radical ideas of Russian cosmism, where different philosophers and scientists were developing strategies of making humans immortal, of connection of the humankind history and sun’s activity, of the space travelling etc., articulating that the happiness of the humankind is a sociological and ethical question. 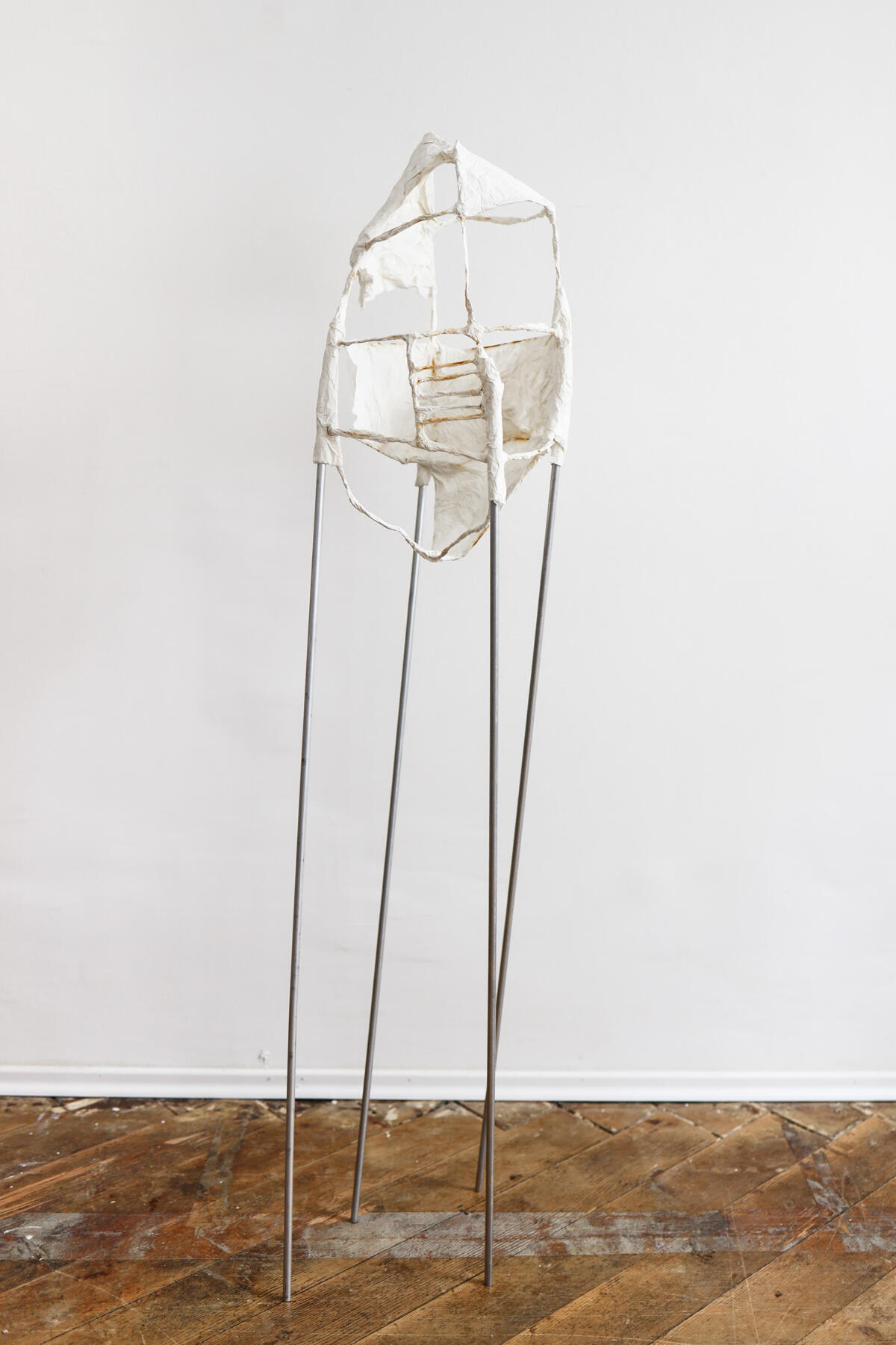 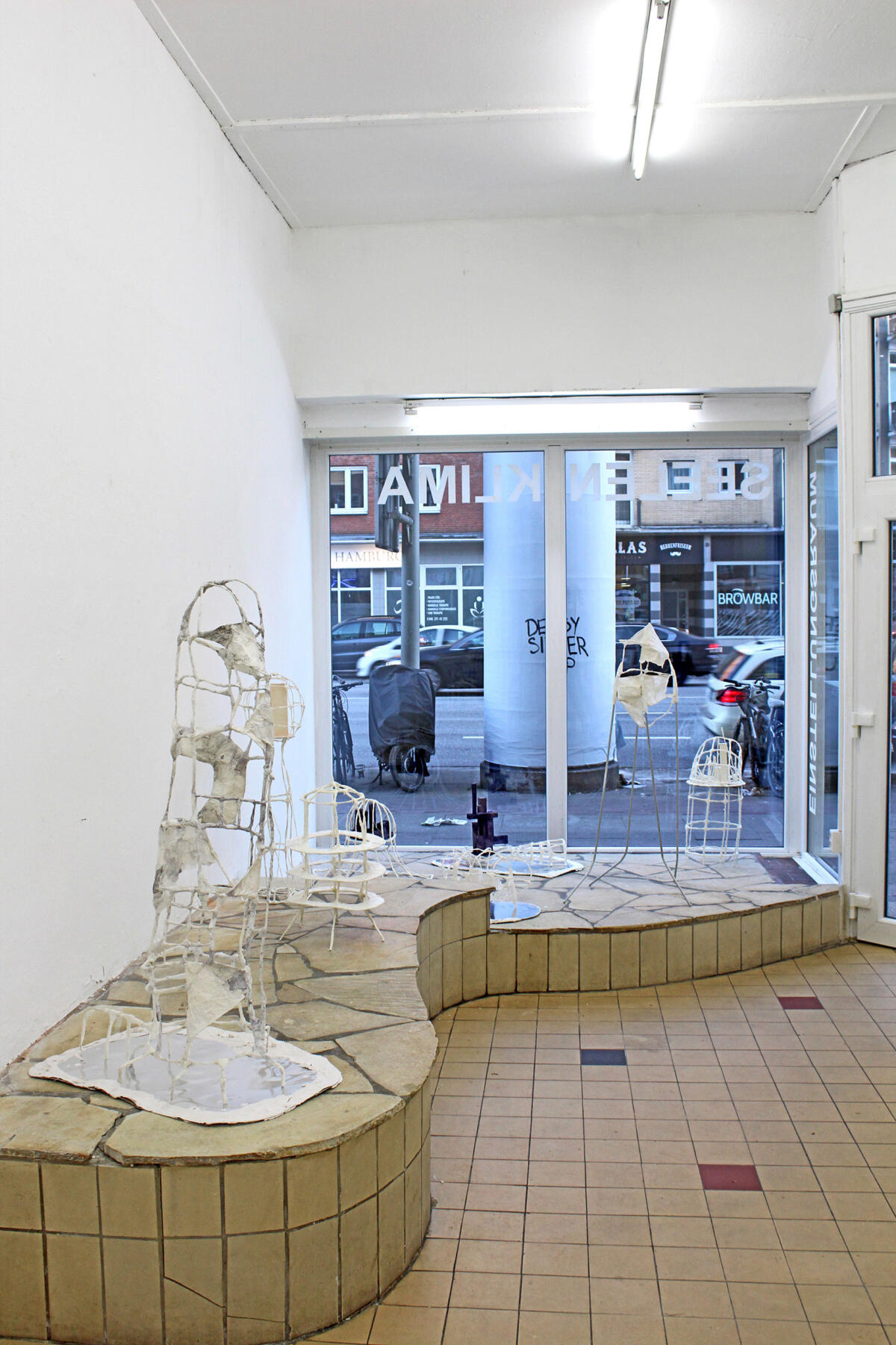 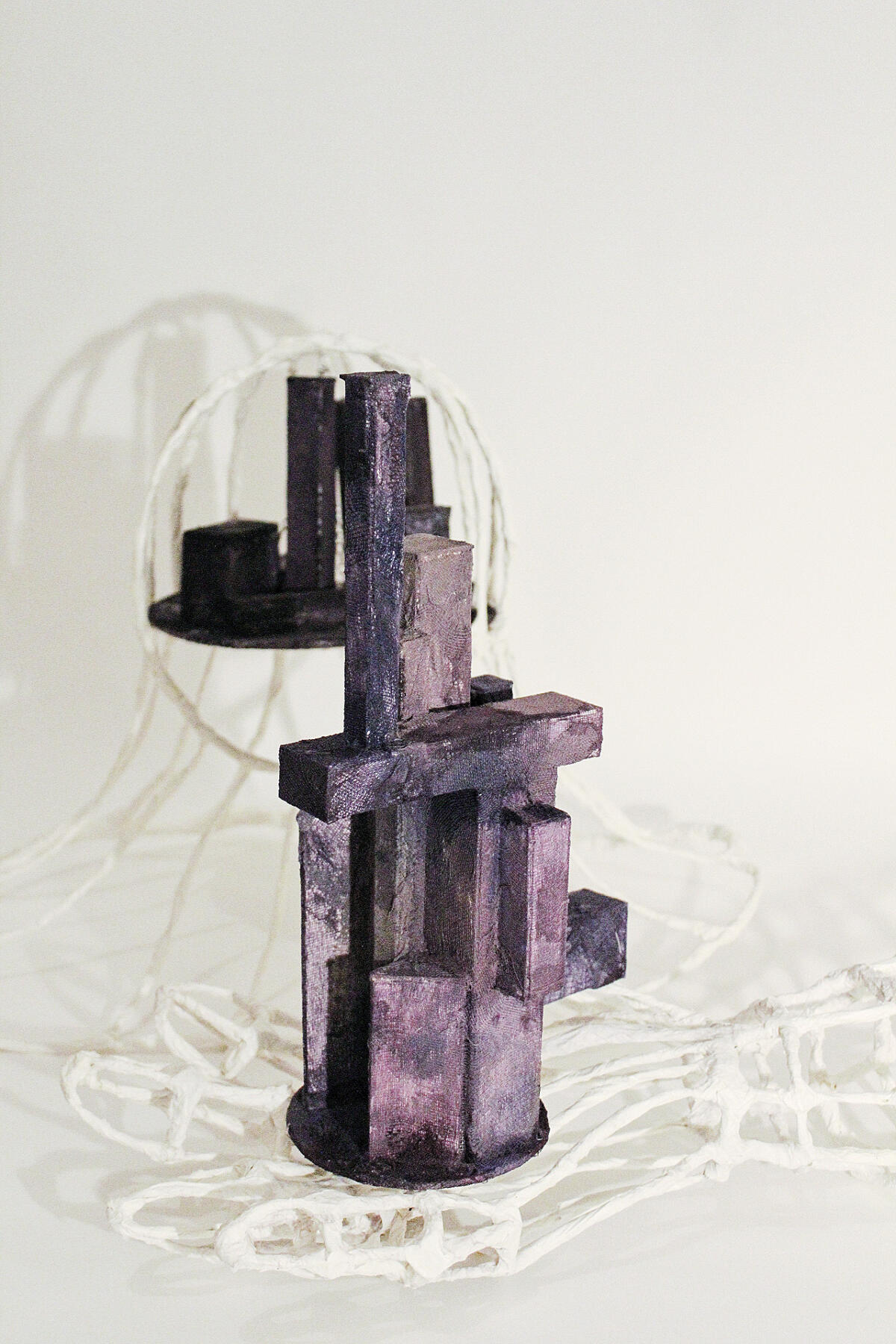 I ask myself how this conceptual thinking from the beginning of 20th century keep influencing our physical existence. For example Konstantin Tsiolkovski predicted the constructions of the space ship half century back before the first journey to the outer space by Yuri Gagarin; Vladimir Vernadski wrote that our biosphere will inevitably reach noosphere. How our body will develop and change if space travels become something regular? And there’s also the question of environment and the ecology which I traced in the theoretical works of different Russian Cosmists. The sculptures I’ve been working on and their forms, which aim to be so light that they question the existence of gravity, resemble space ships, space suits, helmets, space stations and satellites. For that purpose I’ve chosen to work with papier-mâché. The works create not only a private archive, in which I deal with the questions of memory, solidarity, reality and conceptual fantasies and dreams but they also open a space for a critical reflection and a dialogue.

My approach is very tactile and I aim to embody thinking process through the performative practice. It is important to me to decode the philosophic elements and to translate them through the characters – my sculptures – to the viewer.

Through my installative work I examine these concepts and reconstruct these intellectual infrastructural connections. I build sphere-like elements which create a new heterotopical space. For me as a female migrant artist living in Western Europe it is important to present a different perspective on such themes as environment, ecology and the role of human in these processes, because despite such a big time gap these concepts are still highly actual and can still be used for the current situation.