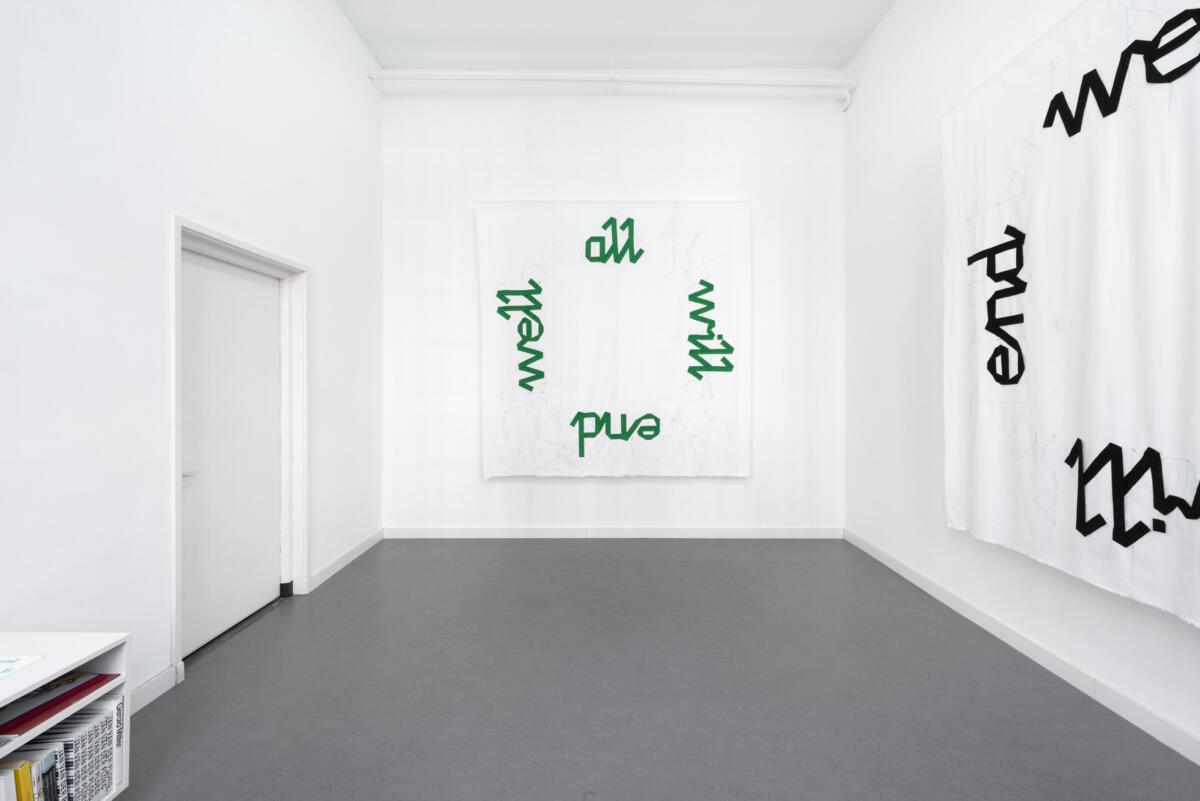 Ola Korbańska’s solo show, ALL WILL END WELL, exhibited at PS Project Space in Amsterdam, presents a pair of large-scale, two-sided textiles produced by the artist in 10 days in the space of the gallery. Both pieces have a positive and a negative side, interlacing with one another, by the visible stitch.

While the work can be read as a response to the current events taking place in Europe, it can also be understood more broadly, as an expression of the zeitgeist, bitter and ironic like an internet meme. Things, indeed, will end well, but it takes a long way for them to end. And what will be the grand finale anyway?

I enter one room in Kröller-Müller Museum, there is a painted panel standing in the center of the space. It shows a young lady wearing a veil and holding a carnation flower in each hand. I come closer and read the description: Portrait of Margaretha von Mochau by Barthel Bruyn the Elder, 1524, painted a year after her marriage to celebrate the union of love. The way the panel is exhibited, its position in the space of the room, clearly indicates that there is something important, worth seeing on the other side of it. I assume it is most probably her husband since it is a marriage portrait. With my hands crossed behind my back (a classic museum-style walk), I slowly pass the edge of the painting. The image I see is not the one I expected: there is a skull, a still smoldering candle blown out only a moment ago, and a vanitas note, (saying—as I only learned later—Everything ends with death, death is the end of things). I walk around the panel and make a short video of it.

After I come back home, I obsessively play it on loop, circling around its beginning and end, life and death, bright side and a dark side, the chubby, pink face of a girl, and a skull. Even though the first image disappears to reveal the other one, I played it so many times, so that they become one, inseparable thing. As if one side was visible on the other, somehow see-through. 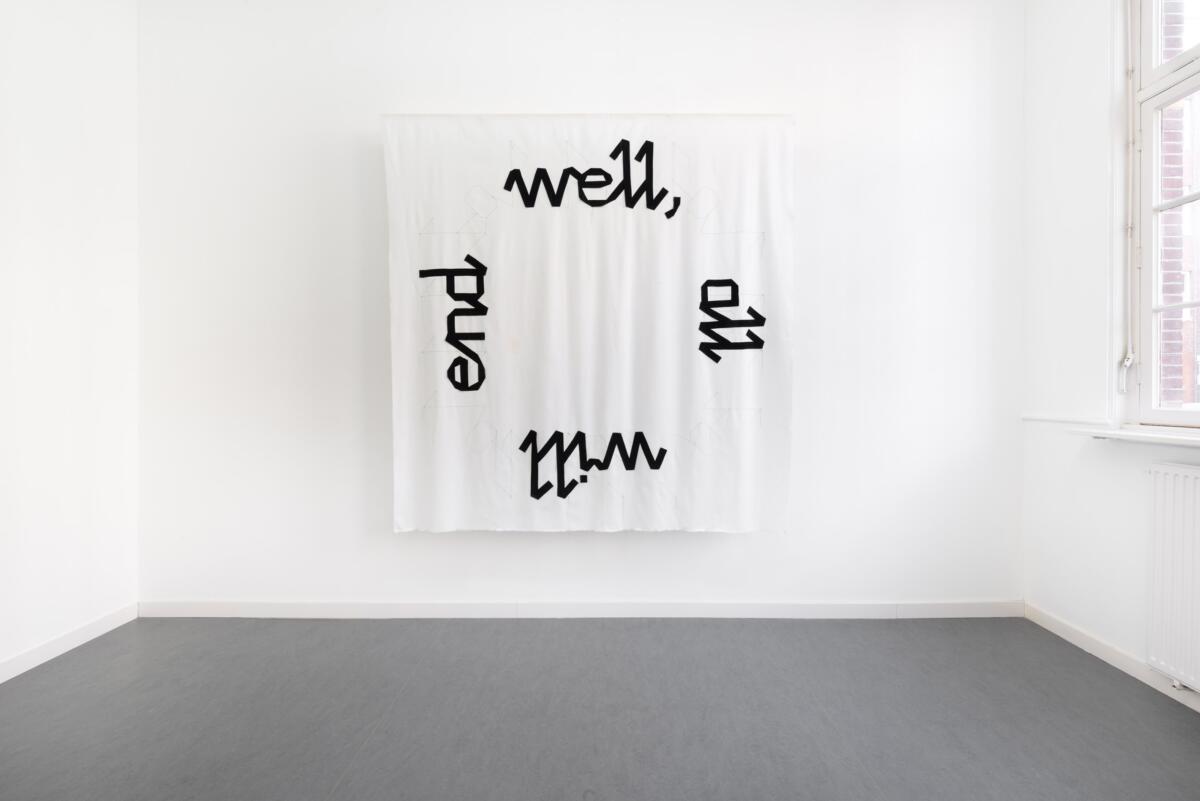 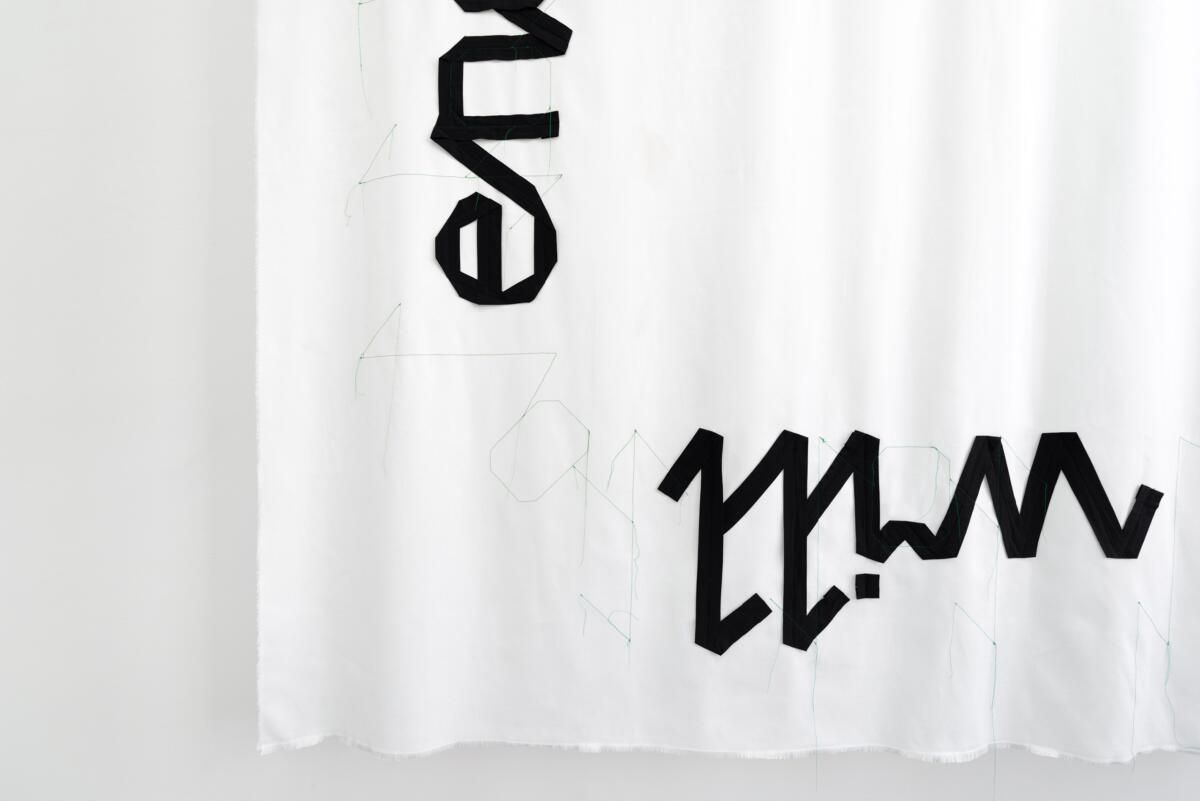 This is a sentence I’ve heard on the radio, quoted as a saying and repeated by someone’s mother. The usual kind, hopeful, banal, one that everyone has heard hundreds of times, here deepened by the counterpart: if it’s not well, it’s not the end. It implies that the neutral state of things is positive. I start to wonder if the struggle will ever come to a grand finale, if I will ever see the happy end promised by the mother.

Laughter became the coping mechanism of powerlessness, the feeling of lacking agency, turning the most bitter events into a joke. Laughter is the terminus, the limit, the end, the last resort. I start to think that the end of the world will, indeed, be just a laughing out loud, as there will be nothing else left. Just like in the final scene of Gombowicz’s Trans-Atlantyk.

The text on the front sides textiles is almost the same—just flipped by 90°. all will end well. well, all will end. The idea came to me while circling around the first piece lying on the floor. 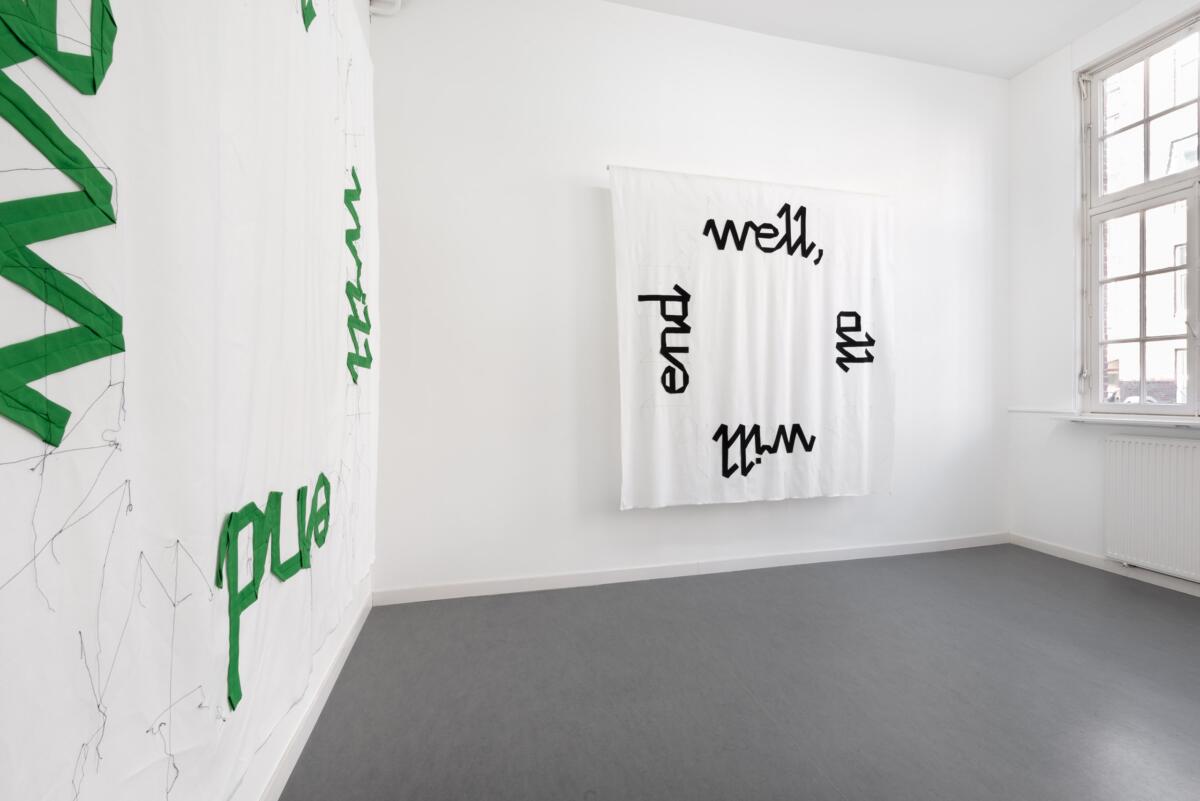 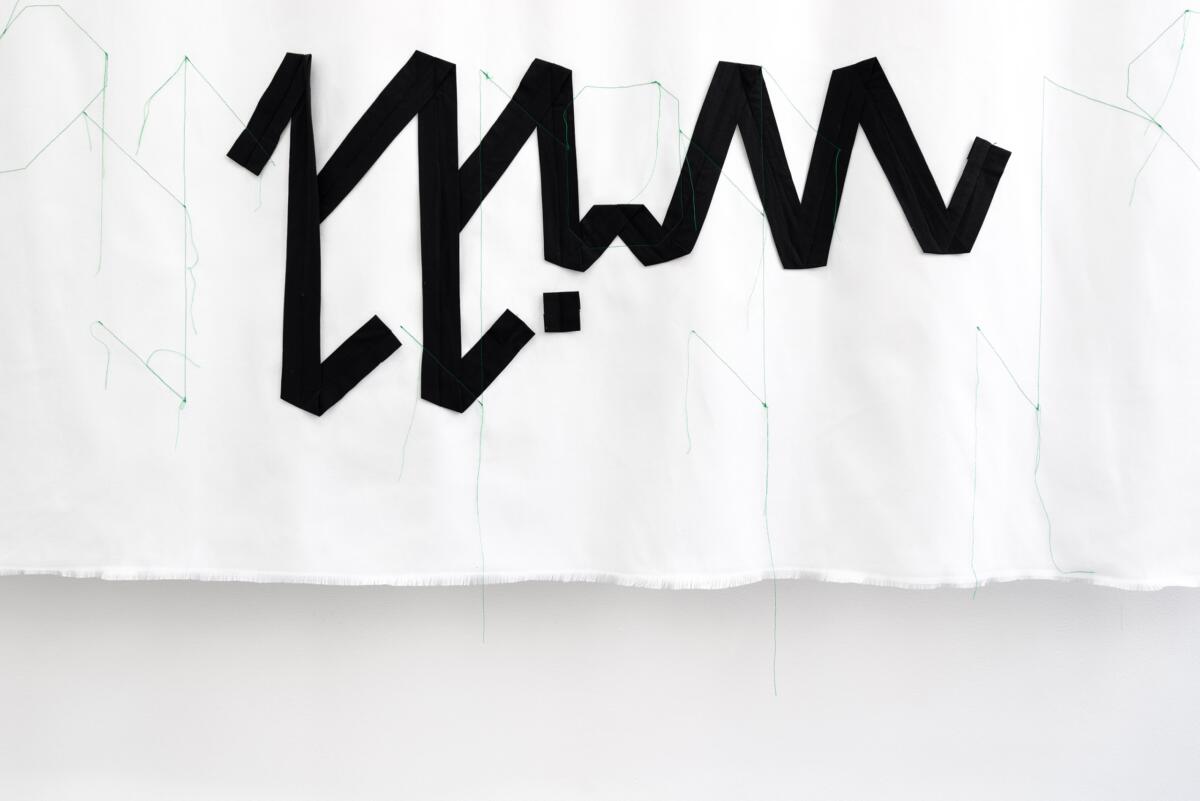 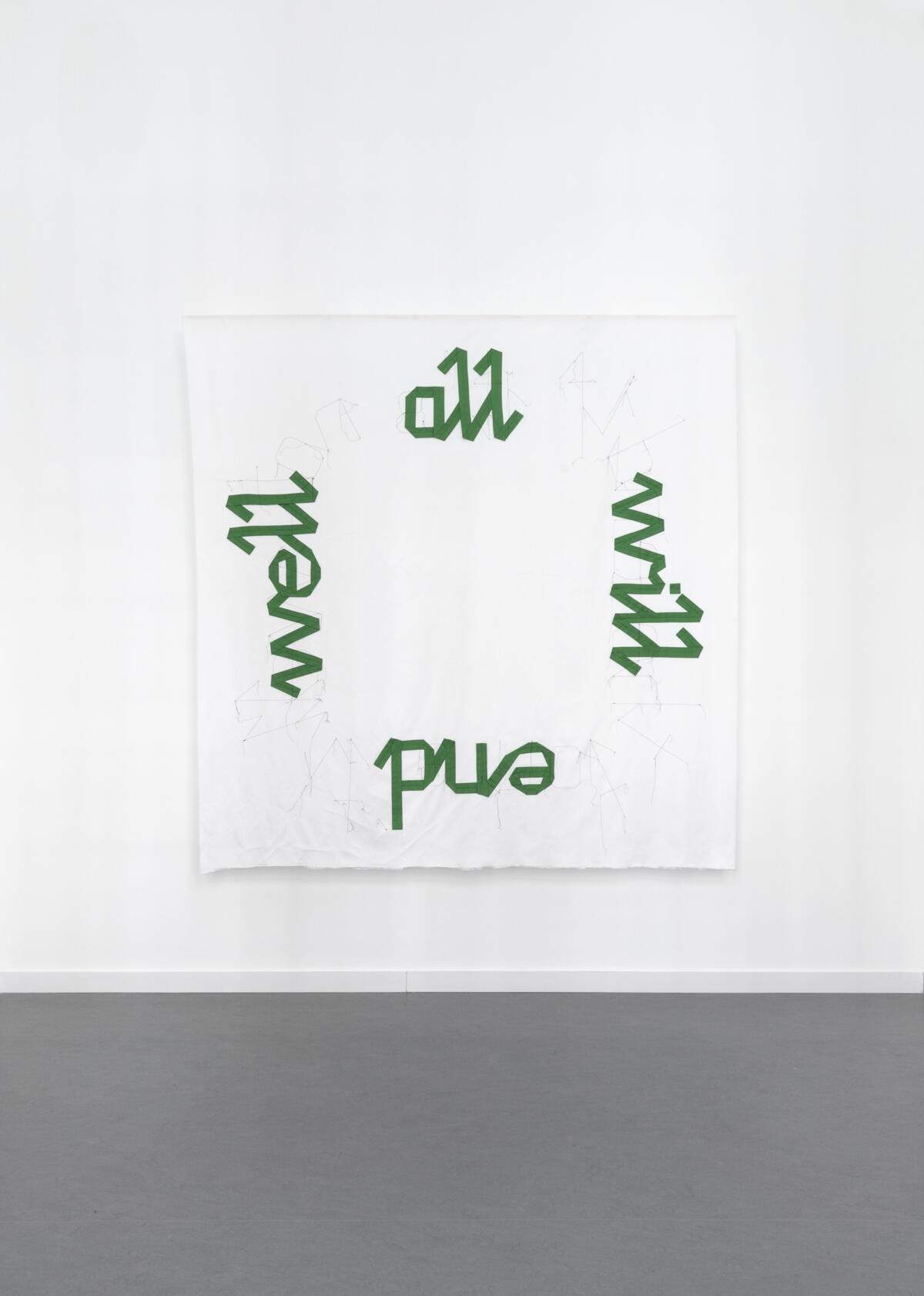 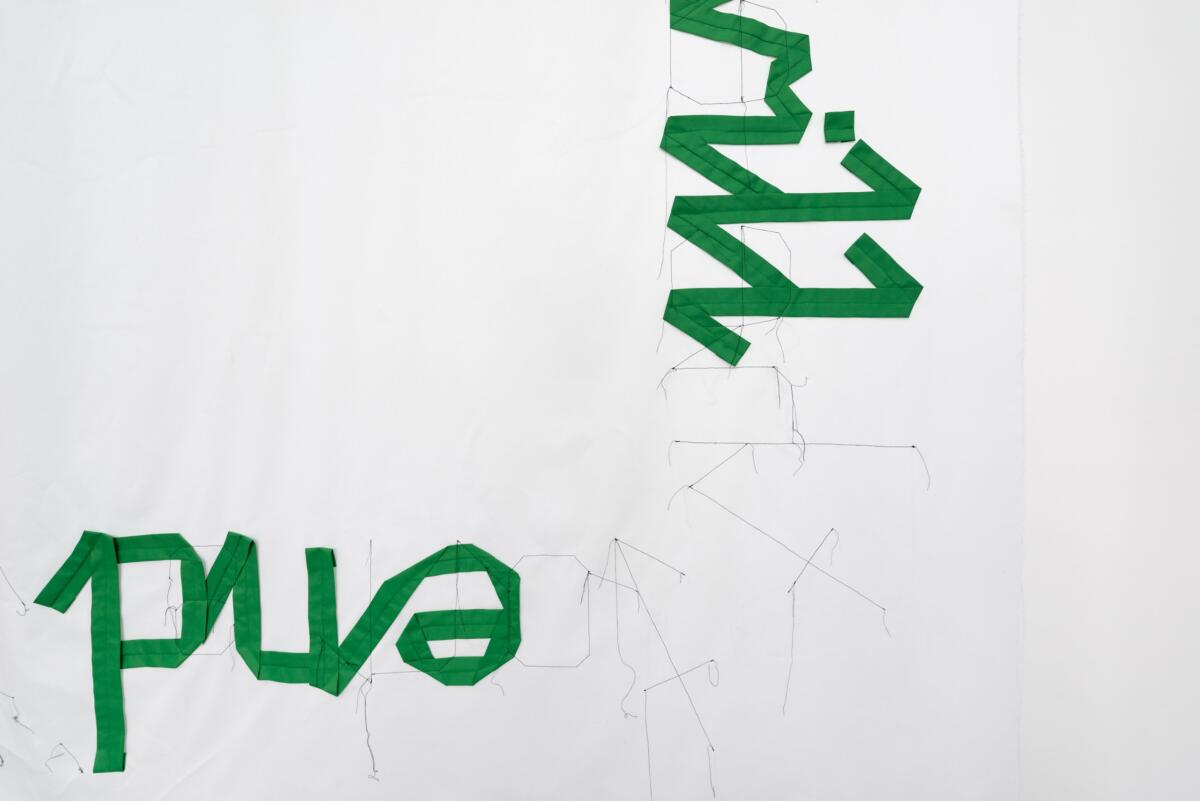 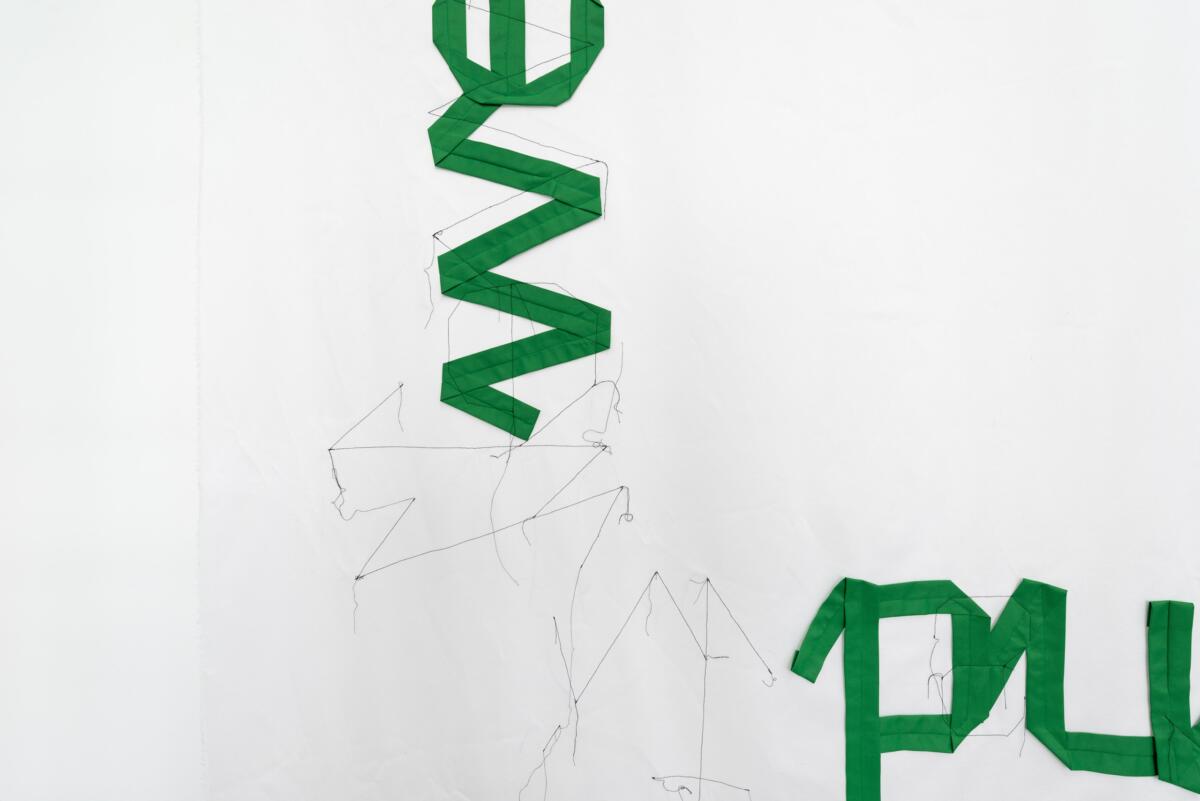