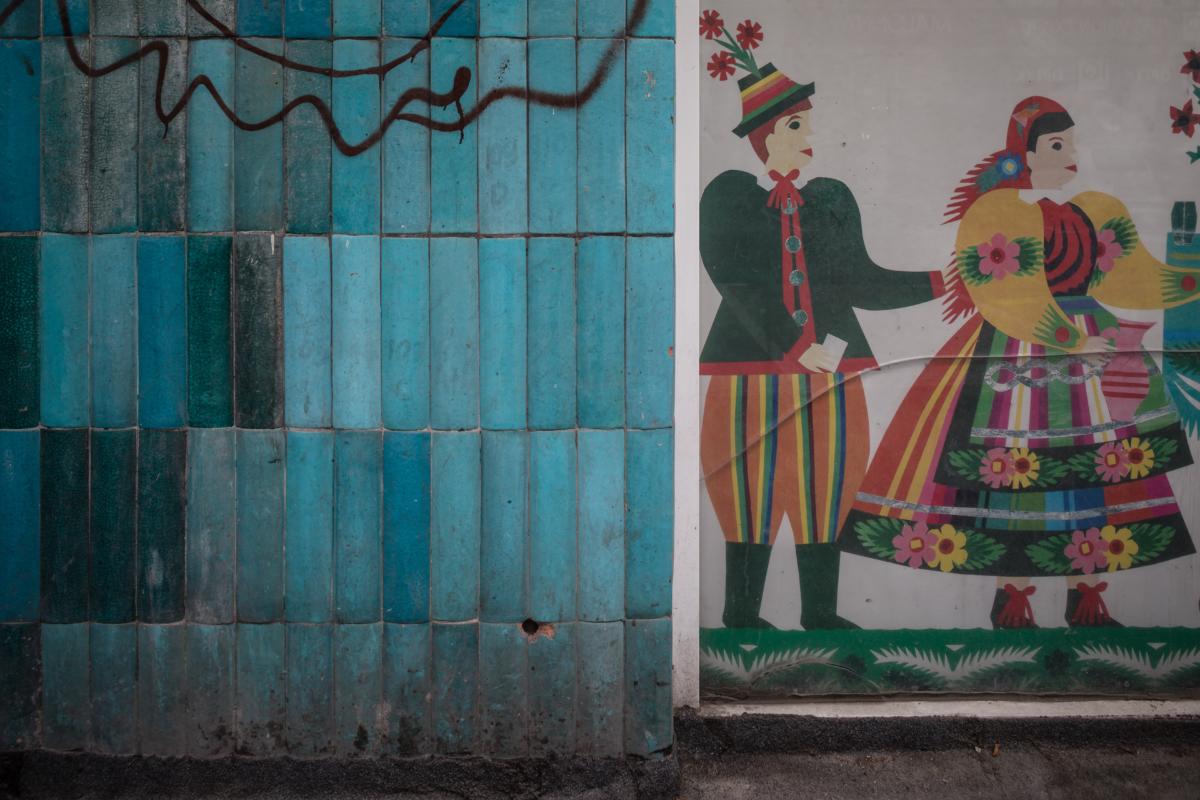 The 2018 festival exhibition looks to examine the idea of neighbourly relations within the shared urban space, where rising migration, whether for economic or political reasons, calls for this notion to be considered anew. The range of experiences for people living side by side has acquired a new context that takes into account the life practices of both seasonal workers and other migrating people. This is the point of reference for the ideas expressed in the works on show and the dominant theme for this year’s WARSAW UNDER CONSTRUCTION festival. The initiative has engaged curators from the Visual Culture Research Center in Kyiv, who have worked together to capture the picture of today’s neighbourly relations and the meanings taking shape around it through the Warsaw and Kyiv link as an example of broader, global processes that can be identified amid the ongoing migration between the two cities.

The exhibition in Warsaw can also be read as a collection of diverse artistic approaches that take a timely look at social processes and how they’ve been shifted as the presence of new neighbours becomes increasingly apparent. A proportion of these voices are artistic statements that refer to the situation in Ukraine as a result of the widespread discontent with the nation’s political situation, compounded by the ongoing military conflict, as well as the hurried decommunization policy and the sweeping tide of ultra-nationalist movements. The latter processes, also present in Poland today, are indicative of a broader picture of neighbourly relations on a global scale.

The starting point for uniting these two capitals of Eastern Europe, with so much history between them, is the mural by Oksana Briukhovetska, painted on one of the inside walls of the pavilion. She composes a bright array of colour using the shades of both flags – Polish and Ukrainian, while the background is taken up by the powerful phrase that is part of the national anthem of both countries (translated into English): ‘has not died yet’. The mural is a commentary on the impact of modern migratory flows on the neighbourhood, which is determined by physical proximity, blending, blurring, the pursuit of symbolic equality and justice in the face of global economic inequality. 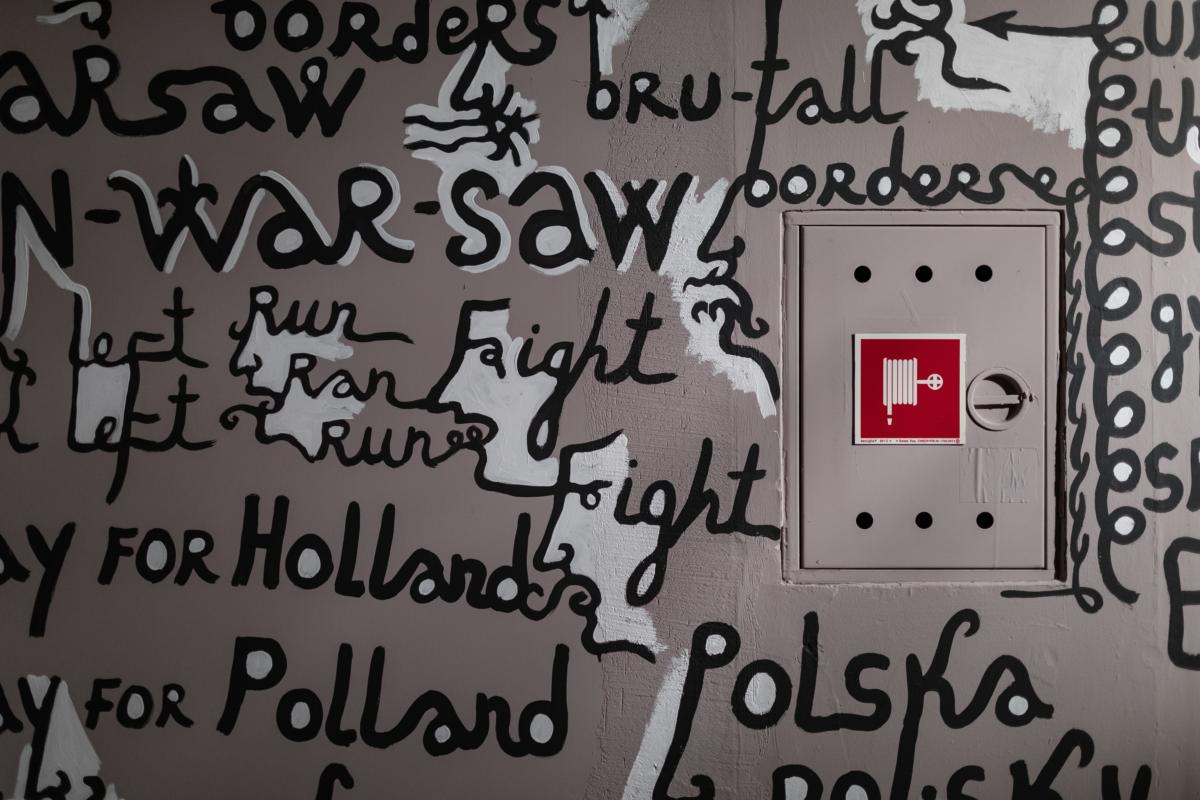 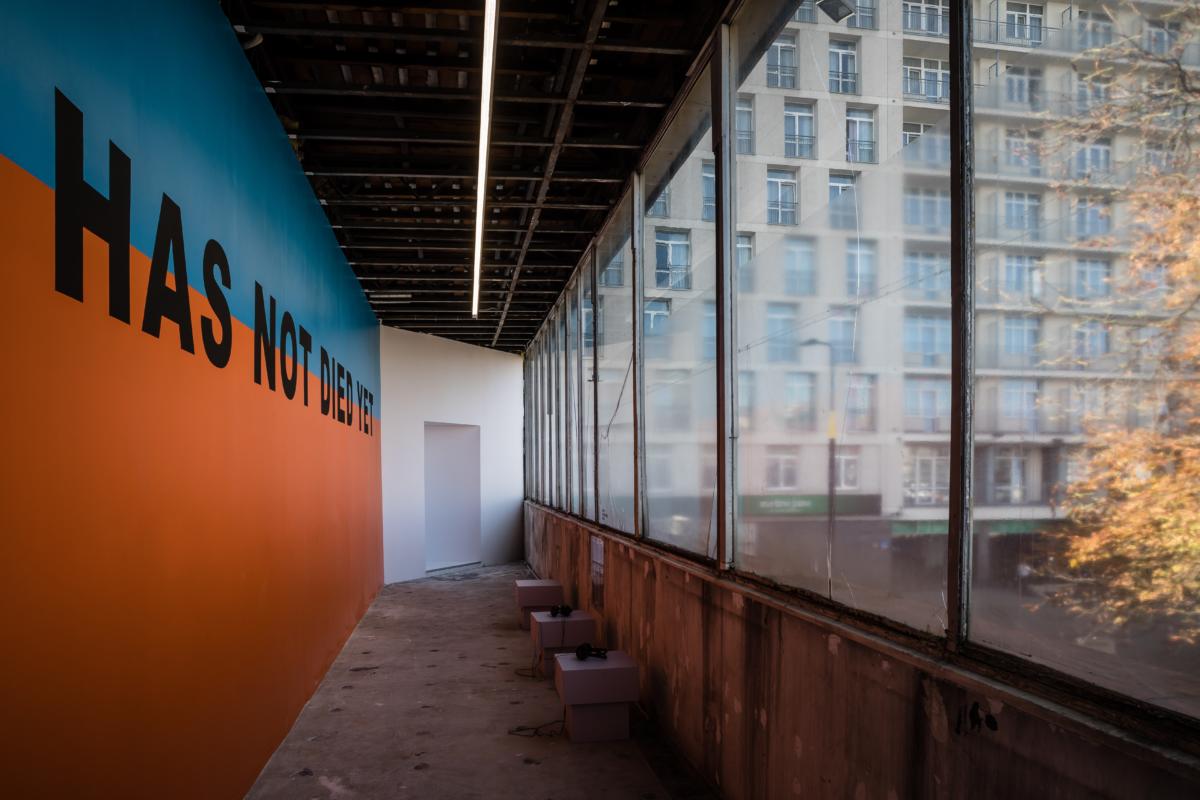 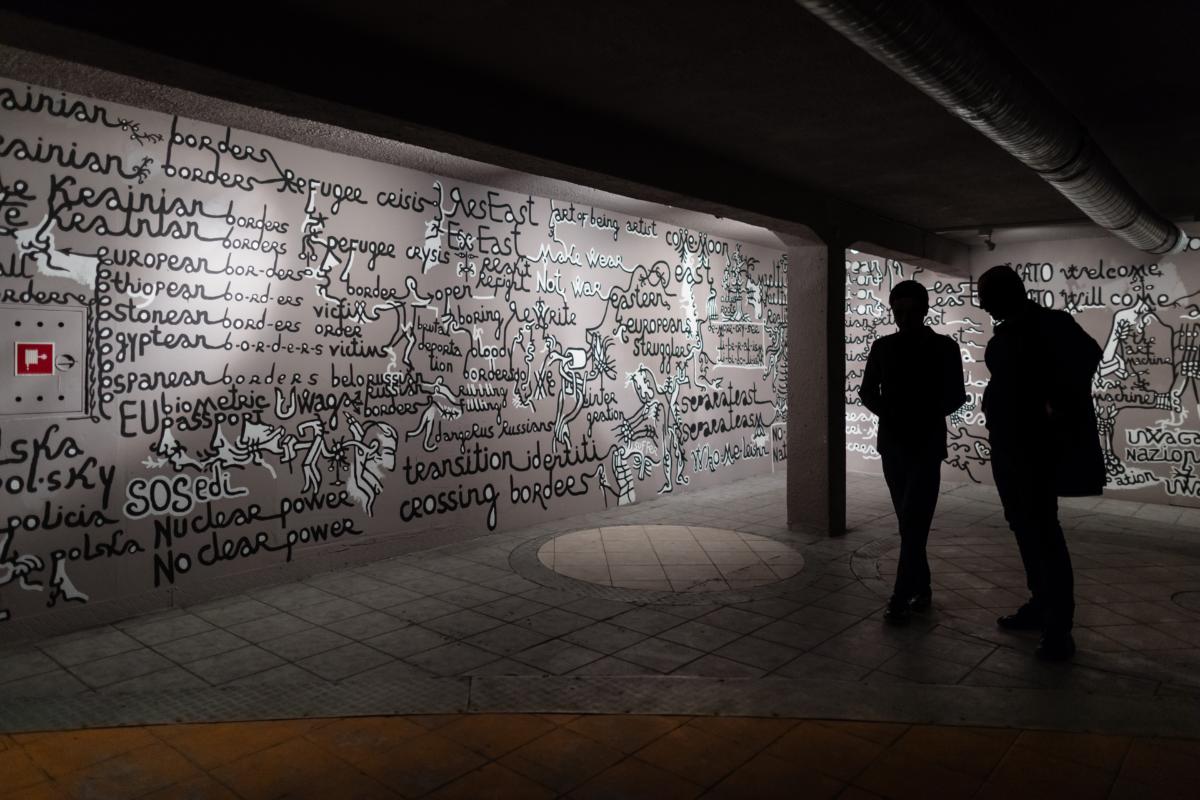 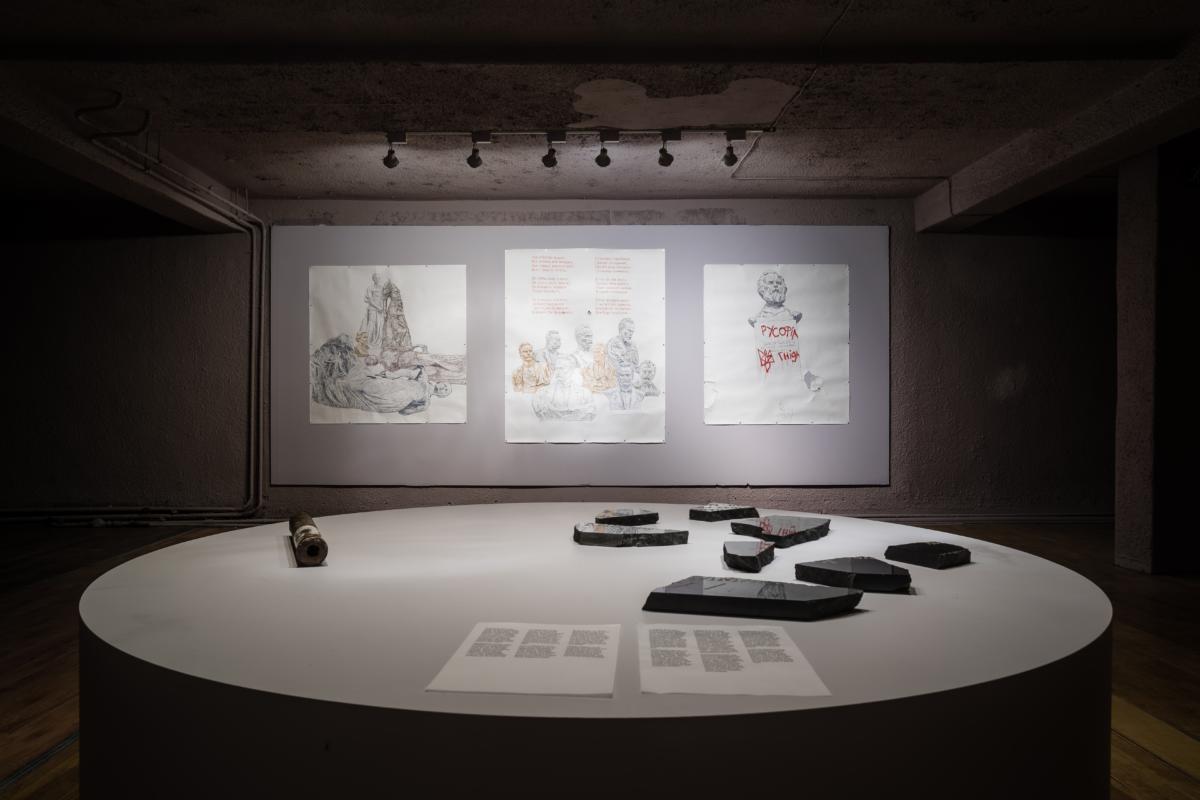 Neighbours in the Workplace

The microscale of neighbourly relations, which make up the main theme of the festival, take place in spaces that are continuously ‘under construction’, understood as the workplace of physical workers from abroad. This idea is taken up in the work of such artists as Taras Kamennoy, who meshes his practical experience as a construction worker with his creative work as an artist engaged in the subject of work conditions. Activists from the TV Kryzys initiative take on the roles of people looking for cheap labour in recorded conversations with employment agencies. I Am Ukrainka (2018), a series of posters distributed throughout the city for the duration of the festival, represents the images of Ukrainian working women made by Oksana Briukhovetska, Kseniya Hnylytska, Valentyna Petrova and Davyd Chychkan, paying attention to the cultural and economic dimension of women’s work.

The military activity taking place beyond our eastern border, which has complicated Poland’s neighbourly relations with Ukraine, also reverberates in the works on show. The German artist Hito Steyerl deconstructs the issue of war in her multi-channel projection The Tower (2015). The work is based on the visuals and operations of military training simulators to tell the story of a computer firm from Kharkiv, whose projects involve designing both luxury residences and video game shootouts. The artist considers the actual reality of the conflict right at their doorstep and the virtual reality of their creative work within the company and the meanings brought on by their overlapping. The video game format is also used by Mykyta Filonienko in his work under the pseudonym Marginal Act. The player takes on the role of an older woman from the area around Kharkiv who is searching for her missing husband. The point of view of the civilian casualties of war are shifted to the forefront, giving viewers an idea of what everyday people go through in the midst of conflict. Exhibited in the Cepelia pavilion, the work acquires an additional context, hailing back to one of the pavilion’s former tenants – an Internet café. 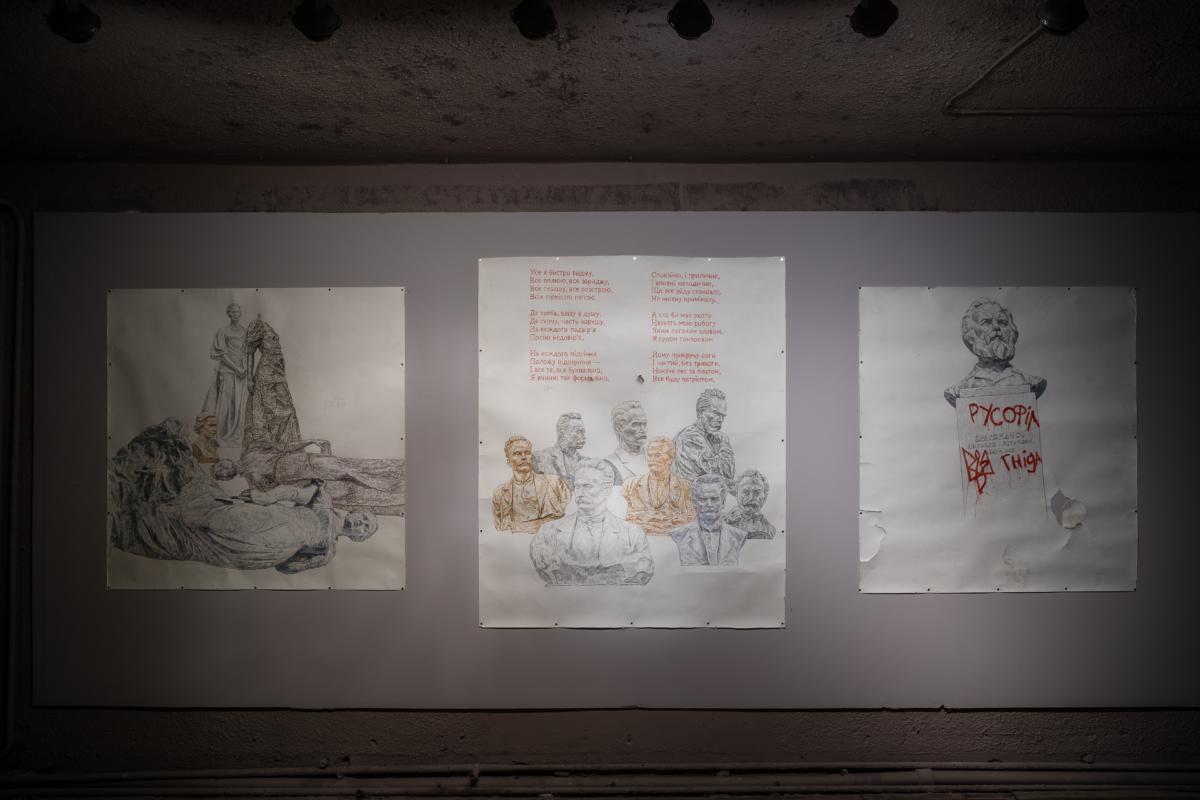 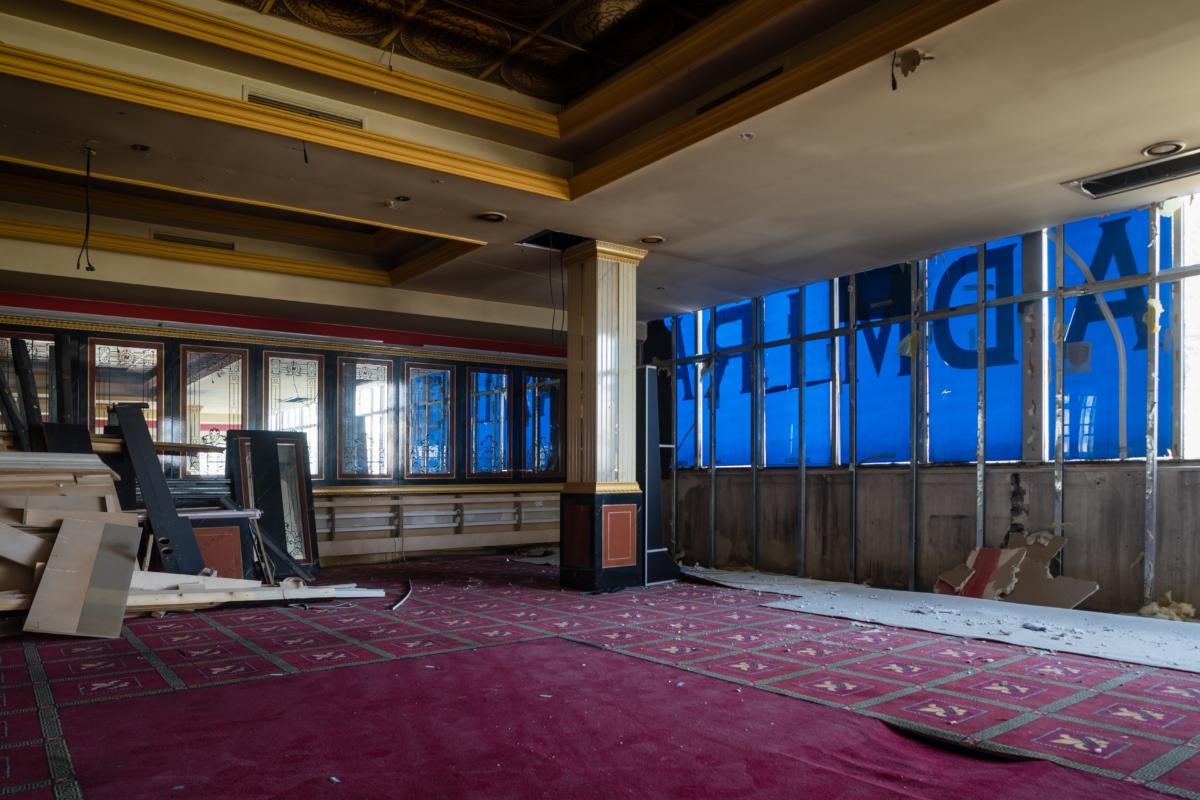 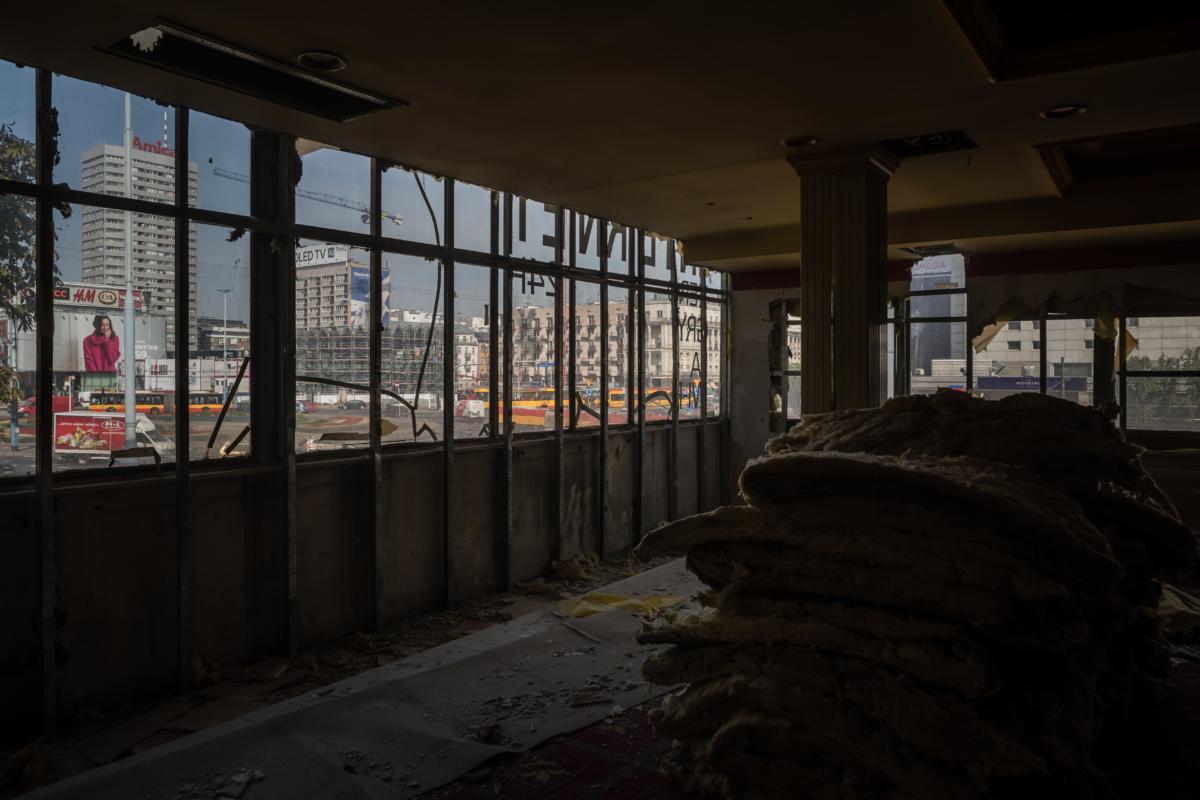 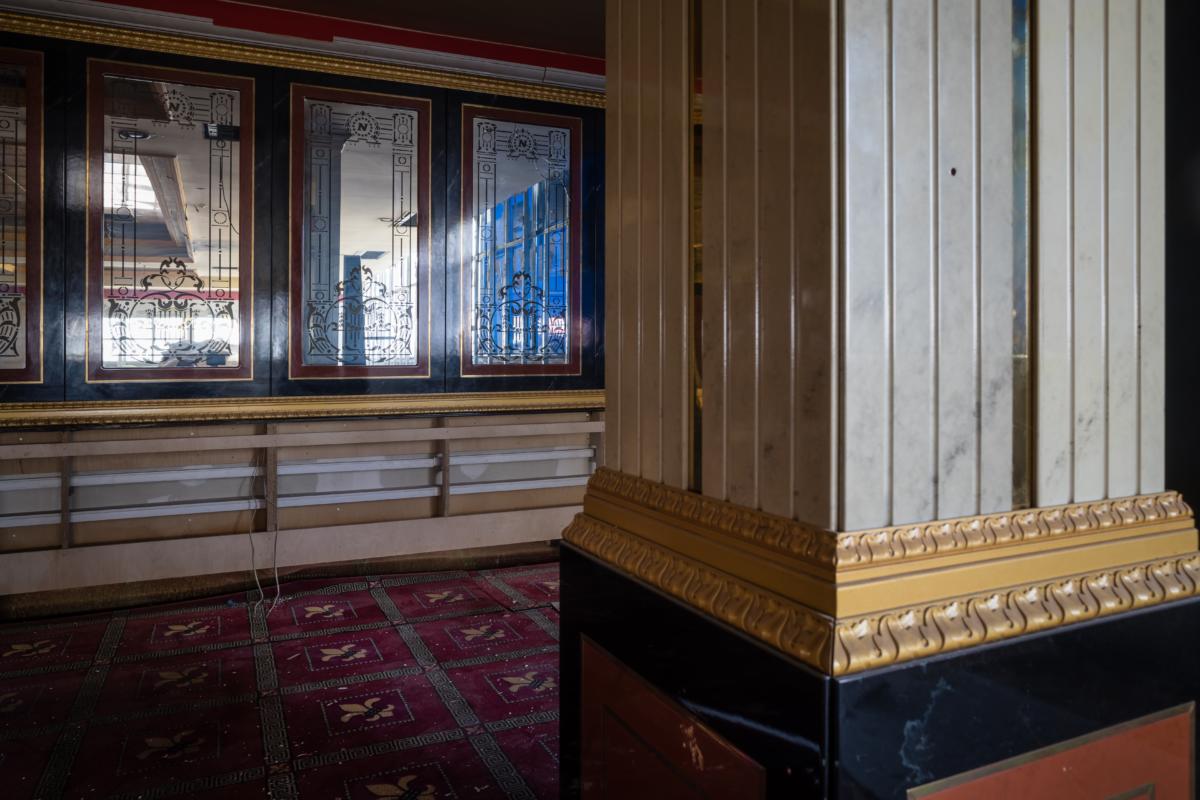 A distinct sphere of consideration among the works in the exhibition is rooted the processes of revisionism with regard to political history and the erosion of anti-fascist foundations, which made up a major element of pan-European social identity since the beginning of the 1990s. In response to the weakening of the anti-fascist consensus and the creeping rehabilitation of these ideas, Gal Kirn and Fokus Grupa have created a project that maps the moments that have risen up in that spirit of revisionism. Ukraine also serves as a field for observation since these processes have taken on a spectacular and brutal scope as of 2014. Davyd Chychkan, in a series of drawings titled Decommunization Triptych, presents monuments of the pantheon of Ukraine’s national heroes degraded by the far-right – an artistic commentary on the process of mass decommunization policy.

The installation Shards (2013-2014) by the duet Serhiy Popov and Mykola Ridnyi is a reference to real-life iconoclastic acts that serve as prime examples of the arbitrary nature of violent policy-making with regard to works of art, which can easily fall victim to unsanctioned destruction. The work presents two distinct memorials: a plaque commemorating the intellectual George (Yuri) Shevelov and a monument to Lenin that was toppled by the crowd during Maidan. Through their juxtaposition, the artists have built a more universal statement on the relationship between ideology and cultural heritage using shards of the plaque and the weapons used by the vandals. These are artefacts that tell a story about this particular moment in the history of Ukraine, whereupon the arbitrary nature of legalized political demolition affects figures that could not be more different in their historical legacy. Paradoxically, a similar destructive impulse was at work in Ukraine during the 1930s at the apogee of communist repression.

The problem of the existing legacy of Soviet architecture in Ukraine doesn’t just refer to its monuments. It also touches upon brilliant examples of modernist design which had been demolished en masse or subject to ruinous property redevelopment projects. One of the examples of this process is the famed “flying saucer” in Kyiv – a futuristic structure originally designed by Florian Yuriev. Architecture historian Oleksiy Bykov, as part of his own initiative fronted by the non-institutional (strictly conceptual) Museum of Architecture, has compiled archive materials about the structure and the architect who designed it. The collection of information has been brought to the Cepelia pavilion as a report from the battlefield on the fate of the ‘ill conceived’ legacy of architectural ideas, analogous to Poland’s own issues with its architecture of the period. 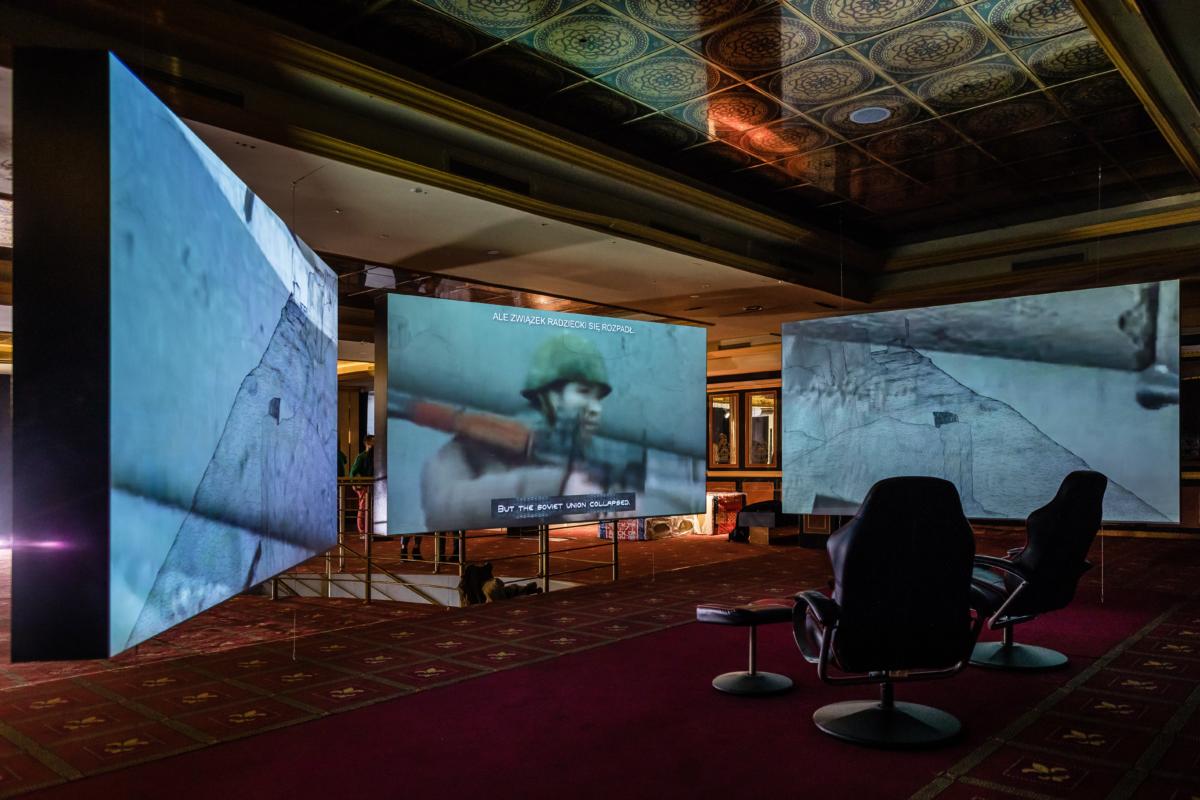 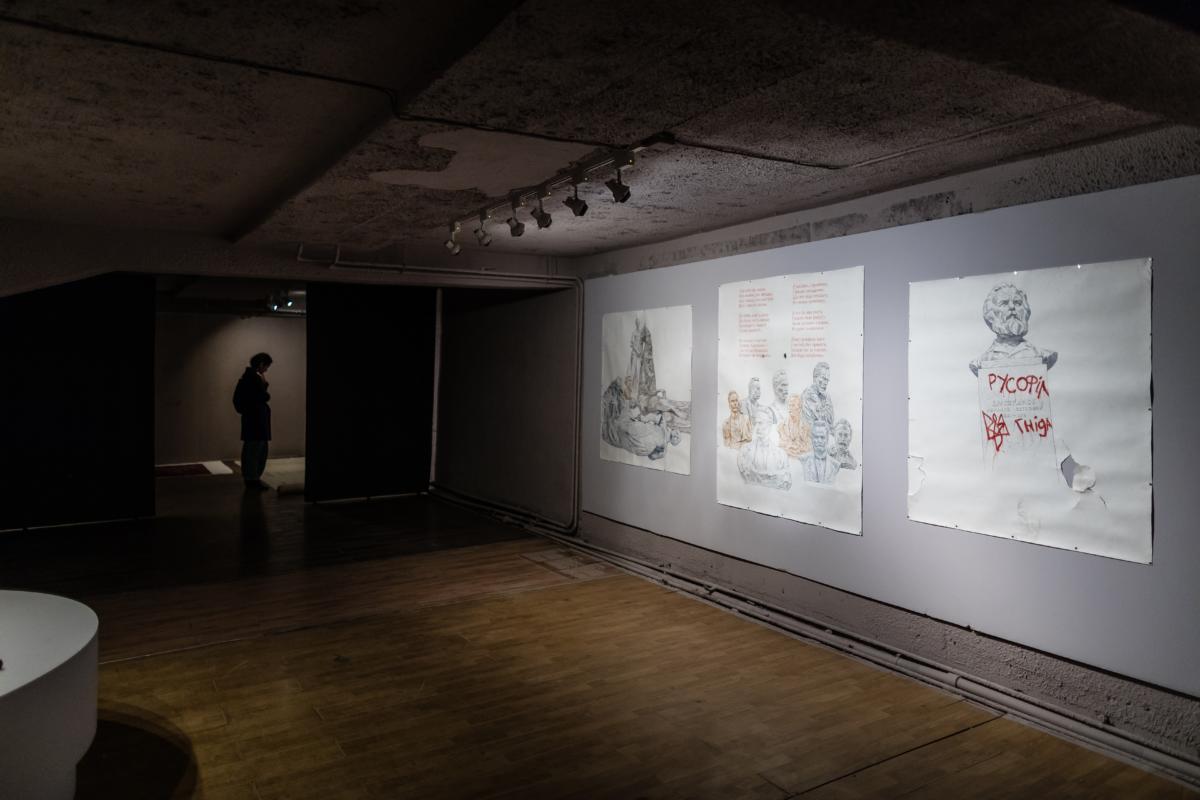 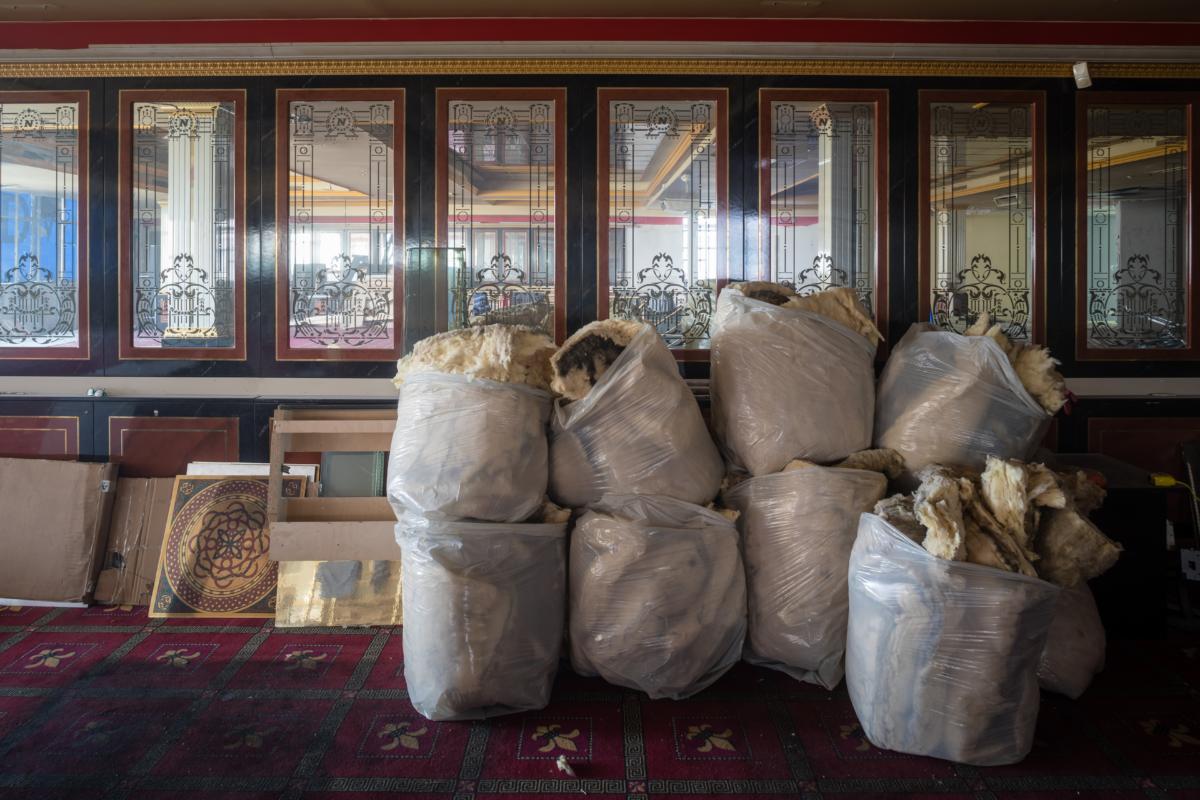 A New Scope of Neighbourly Relations

The themes presented in the exhibition – economic, social and ideological – shape today’s links between new neighbours living side by side in Warsaw. For the first time since World War Two, we can see the transformation of an ethnically homogenous society in which it is obvious that our closest neighbours are, indeed, Ukrainians, Belarussians and Russians. According to research on the subject, migrants from the East compose ca. 10% of Warsaw’s current population – signifying that the nations’ neighbourly relations are growing even closer in the most literal sense. This progression sets up the possibility for the creation of new ways of understanding and seeing these reciprocal relationships. From this perspective, WARSAW UNDER CONSTRUCTION strives to replace the ubiquitous clichés focused on a reckoning of the past and an appropriation of history of several decades ago to instead capture today’s reality and pursue new points of reference in exploring current neighbourly relations.

‘One Day’ Action by Public Movement in Białystok