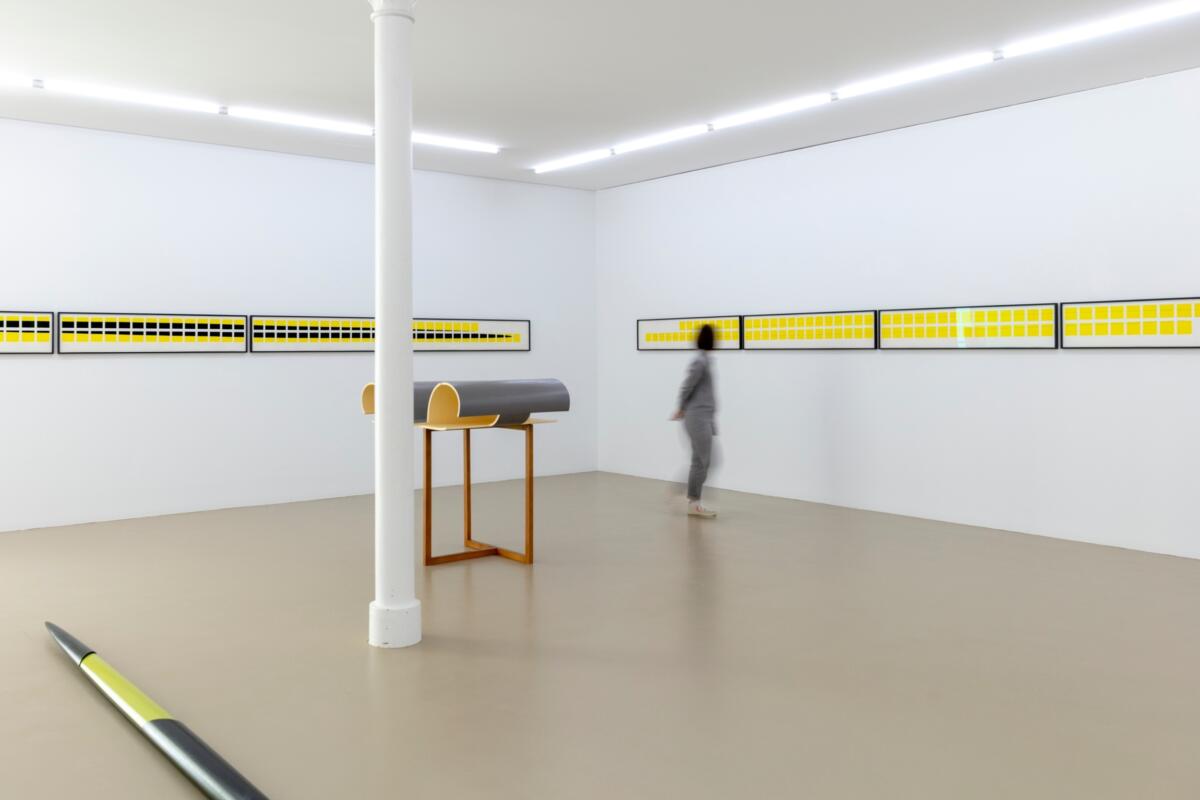 I have always been curious to find out about Isa Genzken’s art; about the nature of the work itself, but also about how she began working. Genzken served as a sort of model for me. It was through her example that I was forced to identify, learn and experience how traumatic it is to be a woman artist in Germany; the extent to which the world of supposed experience was and is societally determined and mediated; and how unbelievably complex it has been in previous decades to create an artistic voice that is unique but not singular. Her example also makes clear the extreme ways in which the male-dominated structures of art education, universities and the entire art market have left their mark on the development of women artists – including at times in the behaviour of the artists themselves. In parallel to Isa Genzken’s artistic development, I have time and again written texts discussing her artistic practice and my own relationship to this[1]. Statements made by one woman artist about another can in my view have a certain pedagogical aspect, since in the best cases they serve to expand the effective range of these artists: what information about the origins of a work should be noted and conveyed? What criteria should one apply in making classifications? In what way can one best illuminate the structural conditions of artistic labour? What consequences can one infer from this as an artist oneself? And how can artistic works and texts say, shout, hum all of this?

First and foremost, this text should be that very thing that is also characteristic of Genzken’s work, and which she has succeeded in inscribing across several layers of the artistic sphere, from the aesthetic to the social to the market-technical: a heterogeneous assemblage. From my perspective, the first stage in Isa Genzken’s genesis as an artist also contains elements of a “portrait of the artist as a young woman”, an assertation I make in full awareness that I can never fully blank out my own feelings, which range from absolute determination to great anger to equally gnawing and inquisitive doubt. 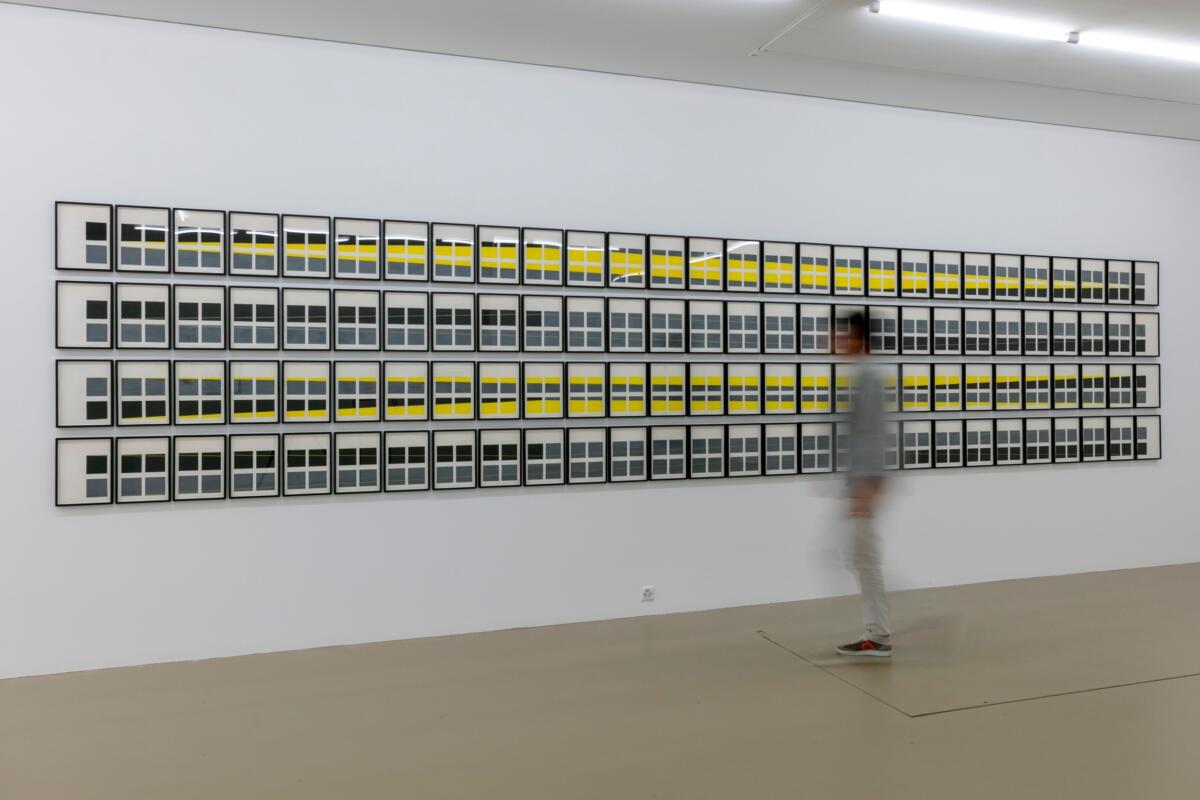 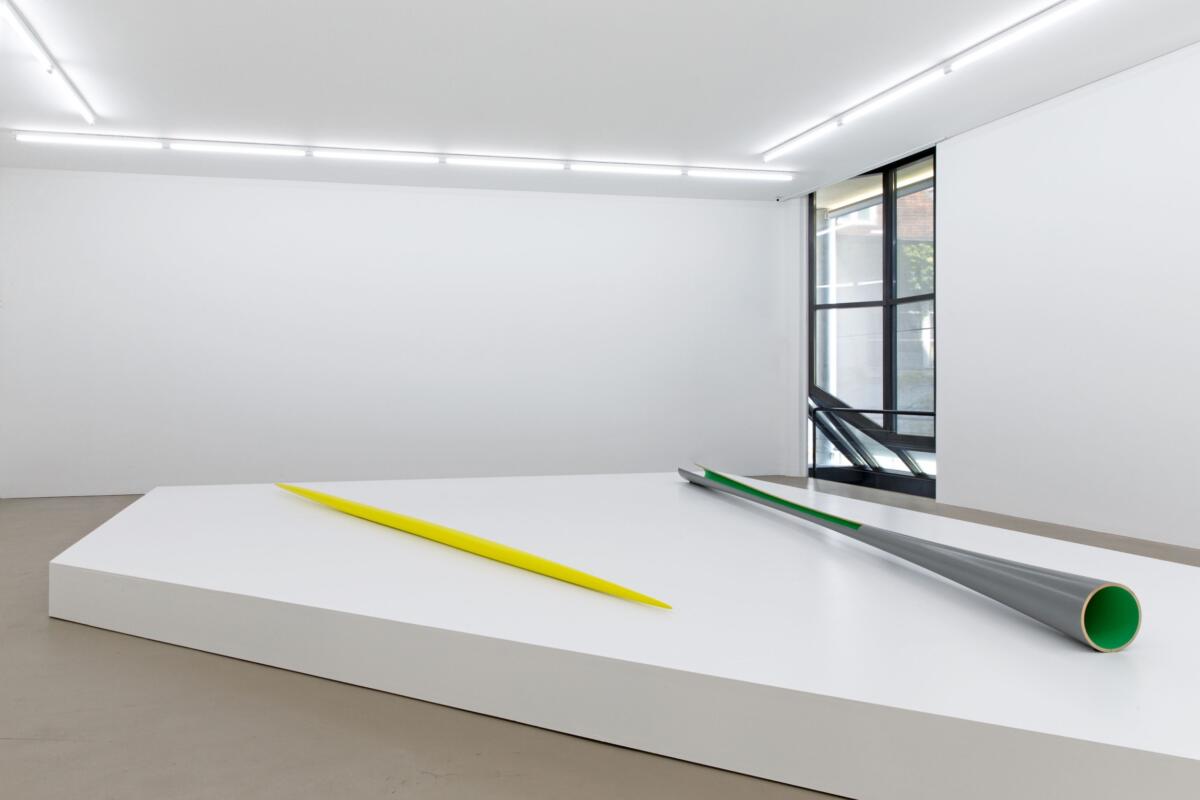 The 1970s see an increasing awareness of the extreme dependencies in which the heterosexual woman finds herself ensnared, and it is in this climate that Isa Genzken is socialized. She has the ambition of being an artist, and with this of expressing herself through artistic action and aesthetic programmes, rather than through the political and social programmes of the women’s movement of the era. It is not least through the artist’s own body that this transpires. Again and again, the pain and effort it takes to simultaneously repel and embrace is made visible. In the works, in the gaze. But it also becomes clear that she has made an entirely conscious decision to submit herself to these processes, and to face them directly and head on. An increase in narratives and speculations can be observed, and many of Isa Genzken’s later works are entirely clear “allegories of communication”, as the artist would later acknowledge in a conversation with Diedrich Diederichsen[2].

Perhaps this text should be understood as my handprint, then; as a mark left in the great cave (or maybe abyss?) of the art establishment. It is however not meant as an attempt to offer any explanation, or to make a contribution to any theoretical debate. Neither is it my intention to produce something that feeds on my own subjective experiences, my engagement with Isa Genzken’s art and my personal contact with her. My aim instead is to achieve openness and permeability, and to ultimately see this text as an artistic work itself. I describe this as the willingness to be “woman artist material”; to see oneself as a receptor of the world and be able to live in this way. 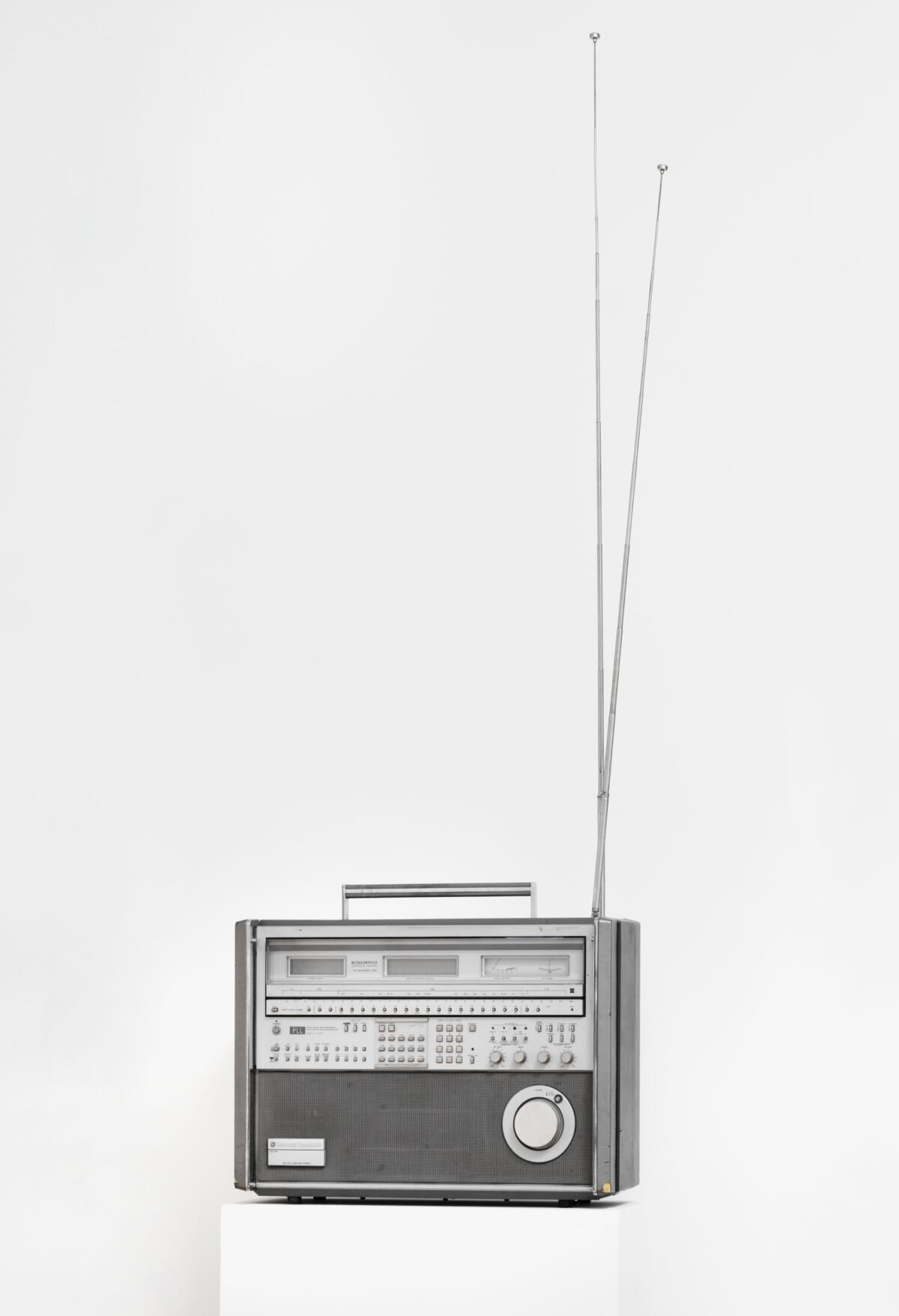 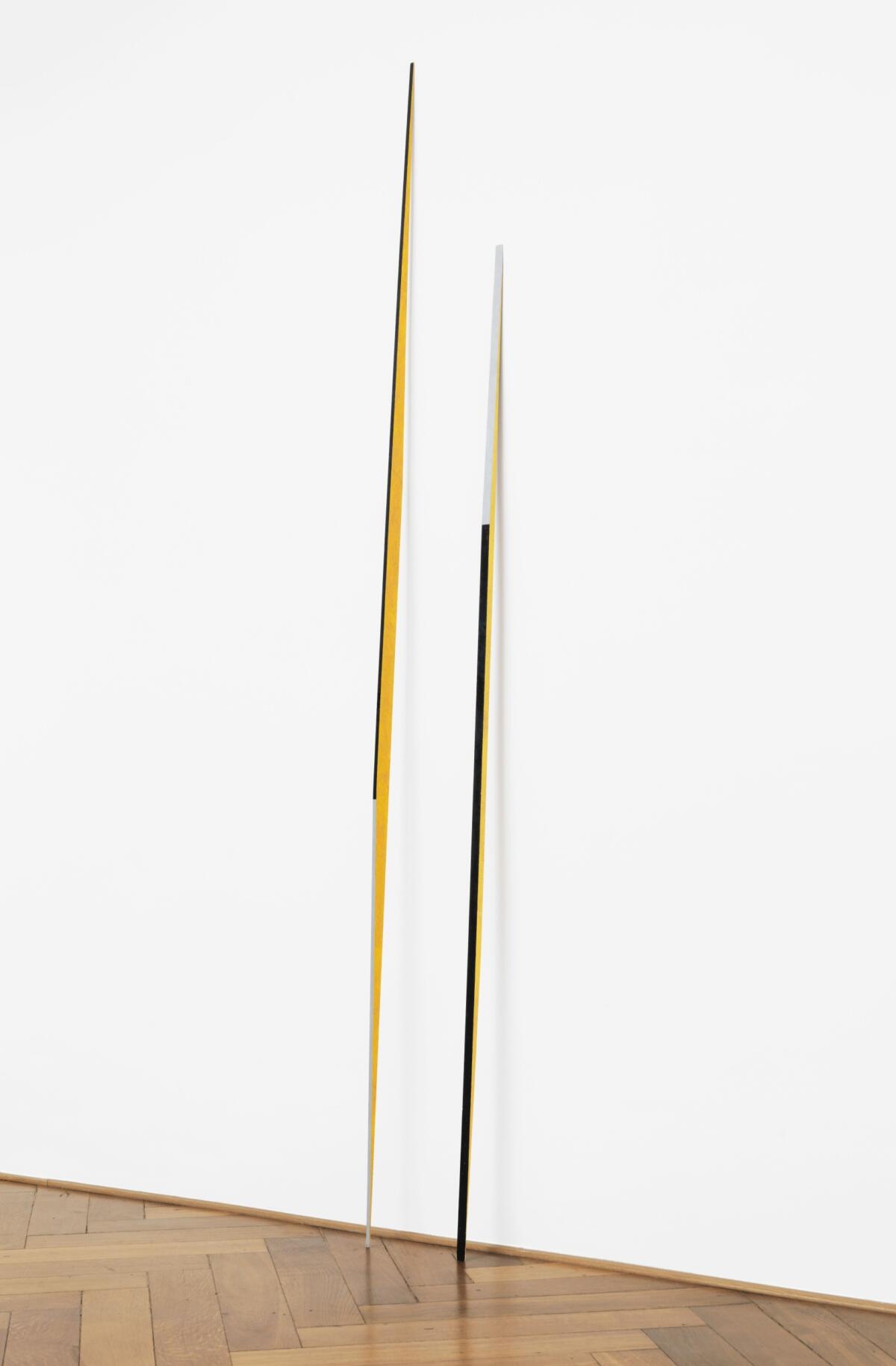 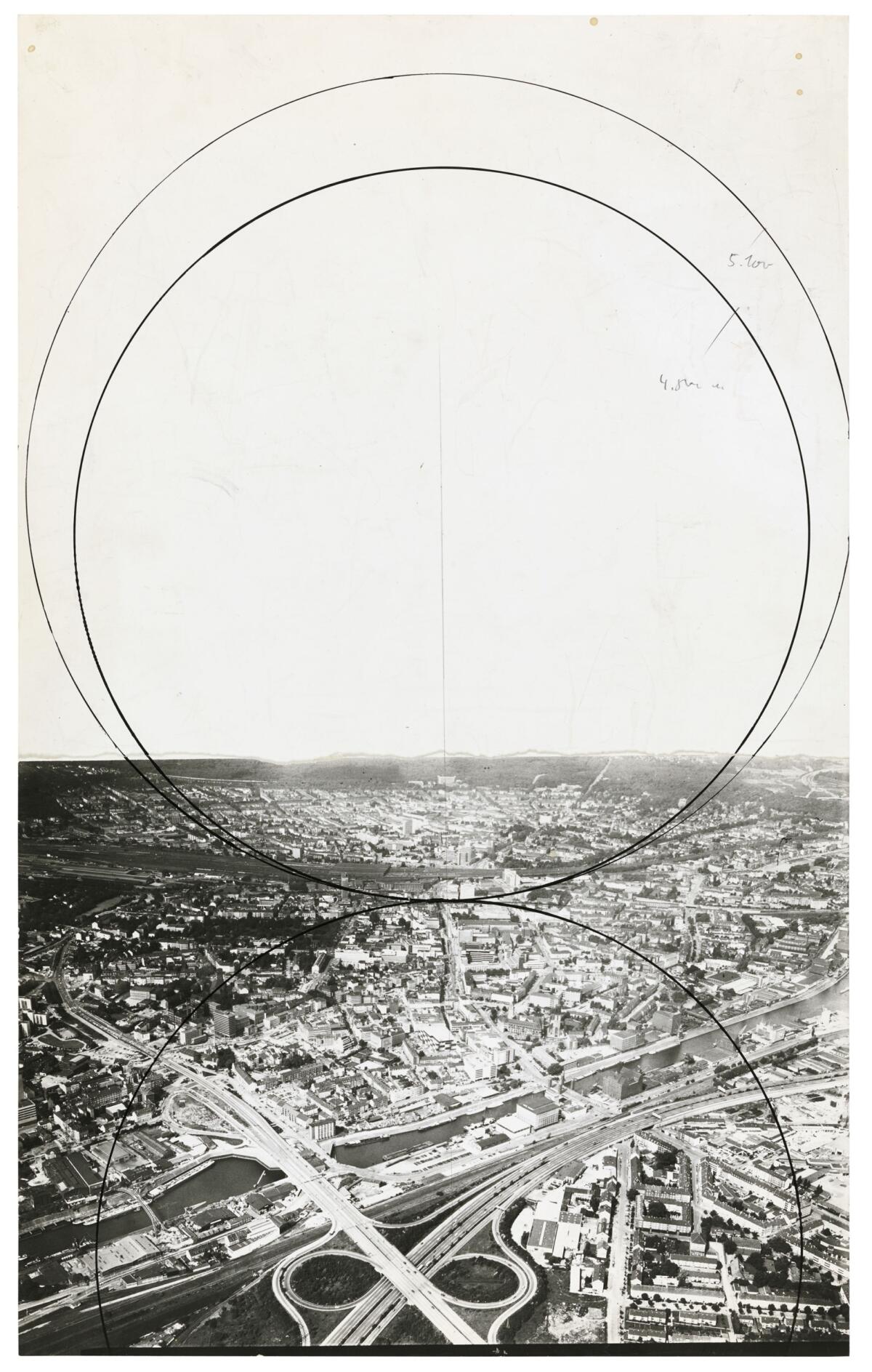 For me, Isa Genzken’s work is an ongoing process of documentation that manifests itself in objects – as well as through them – but also as an overly concrete manifestation of Adorno’s statement that “one must write poems, in keeping with Hegel’s statement in his Aesthetics that as long as there is an awareness of suffering among human beings there must also be art as the objective form of that awareness”[3]. Adorno, Hegel, Gerhard Richter, Benjamin H. D. Buchloh – why must these names be mentioned at this point? These are the figures with whom Isa Genzken comes into contact in her first years as an artist – emotionally, psychically and physically, and then also increasingly in her production and discourse. Genzken’s relationship to Gerhard Richter in particular potentiates the traumatic experience of being a woman artist many times over. Buchloh’s textual encounters with Isa Genzken, by contrast, extend almost to the pathological level, as when he writes of her “almost self-destructive desire for change and transformation”[4]. All of these things and texts are forms of documentation of a cultural situation. Stories, memories, subjects and spaces. Cultural productions – including those texts that are in some way transcripts of artworks – determine how one remembers art, and as such they also become a part of an artist’s process of development.

I see parallels to myself in the power of the experience of wanting to become an artist as a woman aged between twenty-five and thirty-five, and of submitting oneself to these processes along with all of their consequences. Life decisions at every level. To be an artist also means opening oneself up to the outside (as one often only insufficiently learned), appropriating strategies of self-representation and communication, setting off at full steam, laying out one’s own sightlines. My view of Isa Genzken is always in part also that of a competitor, since she and I are represented by the same gallery. What is it, then, that occurs when a woman begins her existence as an artist? What is established? Who or what is decisive? To whom is one able or willing to turn? Whom to ask? Born ten years after Isa Genzken, I myself have developed and maintained a close engagement with the possibilities for identification with both old and new models in art. In doing so, I have determined the way in which those things that make a woman artist who she is are always negotiated in extremes – but never with a status equal to those of male artists. It was only in the course of the 1980s that these forms of reception were first broken apart. It takes courage to abandon a form that had previously been conveyed to you as the only one possible, and within which you have already experienced individual artistic affirmation. The interaction between consciousness and artistic practice – since opening up one’s consciousness influences one’s artistic practice in turn and vice versa – and the insistence that these artistic operations defy any control by others; that is what interested me. In doing so, one reaches a permanent and extreme state, one that is unbearable. And which is itself unable to bear domestication. Ultimately, all action – including artistic action – is never absolute, but only ever part of the heterogeneous assemblage of life, driven by desire, doubt, pressure or joy. 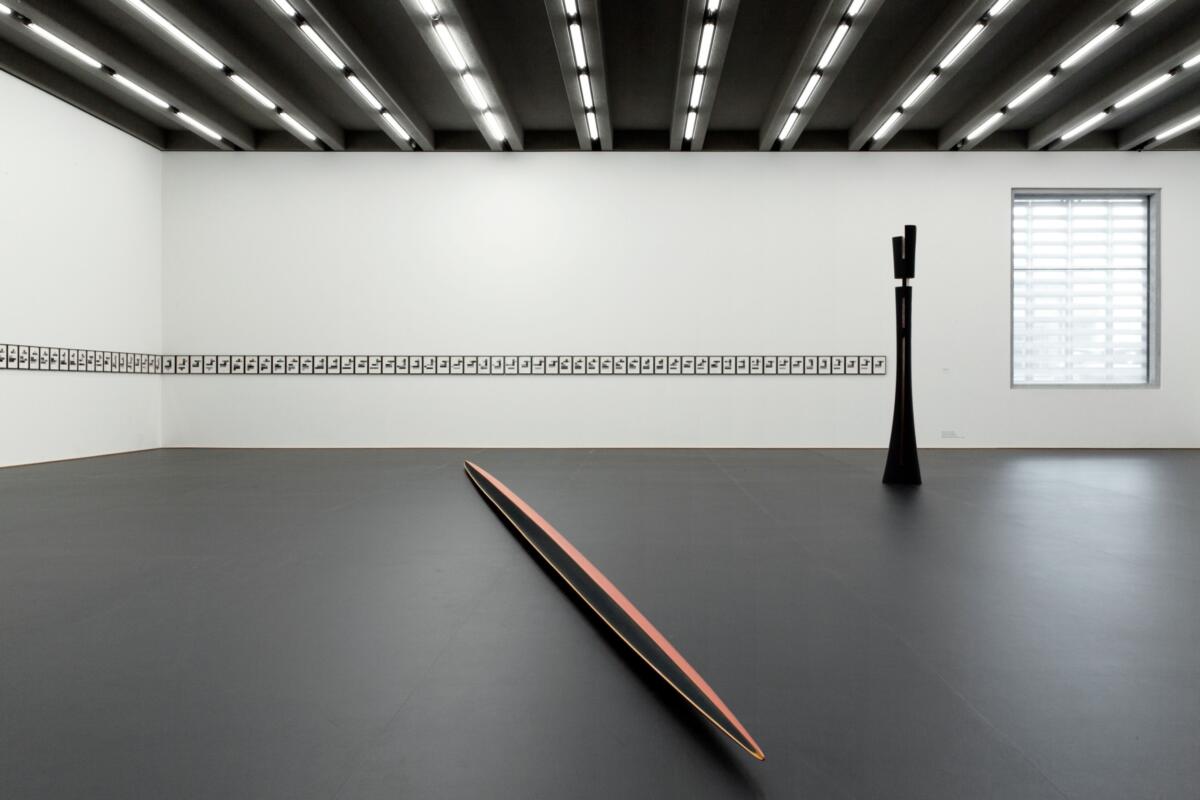 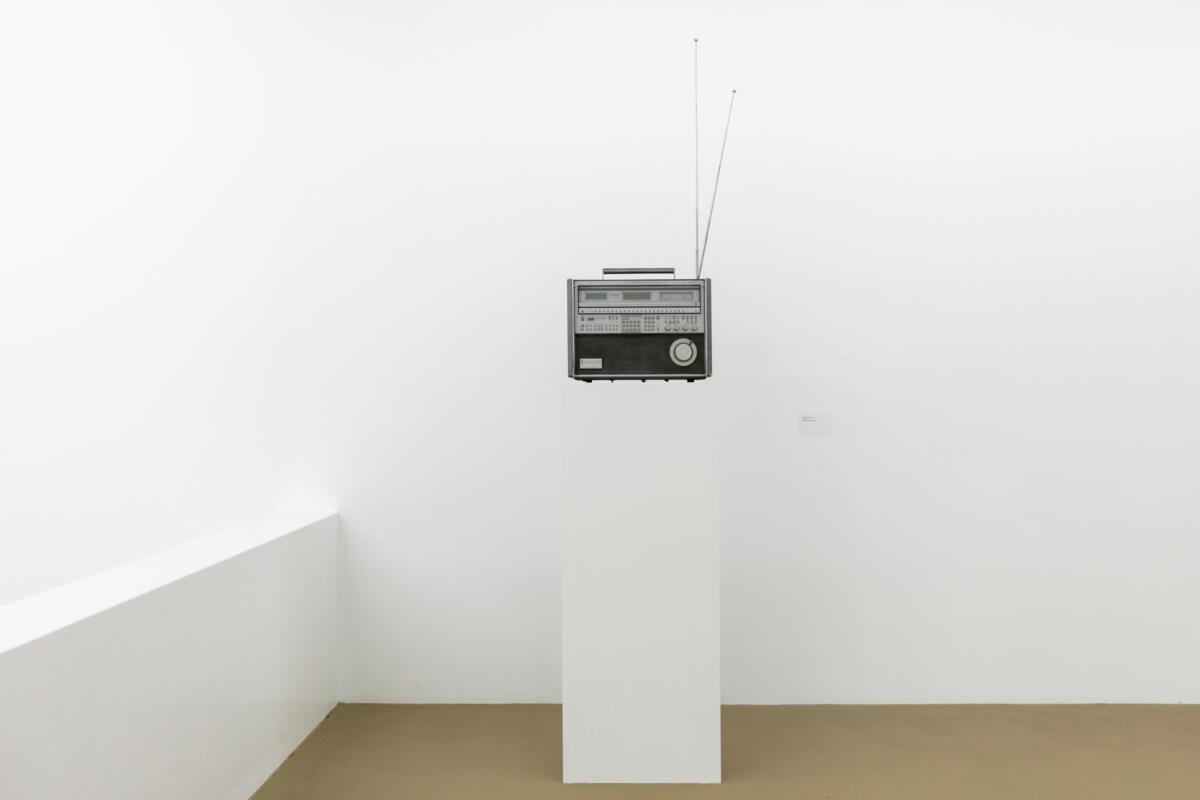 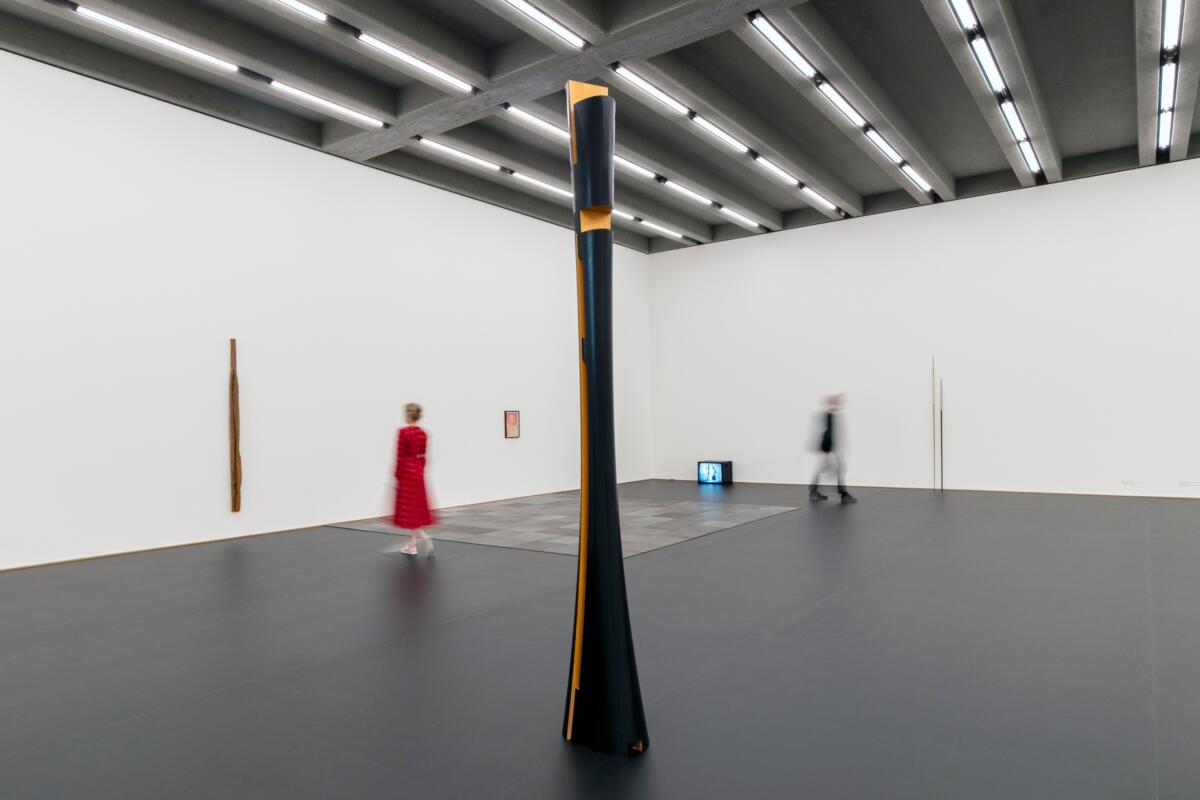 What happens when one finds oneself back in the atelier in a context such as this? What does the experience of the woman artist look like then? My intention here is to try and paint a picture of the nature of one such artist’s experience of the decade spanning the early 1970s and early 1980s, by way of three successive periods of time. For me, the chosen works are universal and dramatic moments in which the nonmetric and the eternally bursting-open are able to be made visible, along with an intimacy that is unfathomable, traumatized and closed-off, but which nonetheless does ultimately open itself up.

BLOK editors would like to sincerely thank Jutta Koether for permission to publish a fragment of her text and Karen N. Gerig, for her invaluable help.