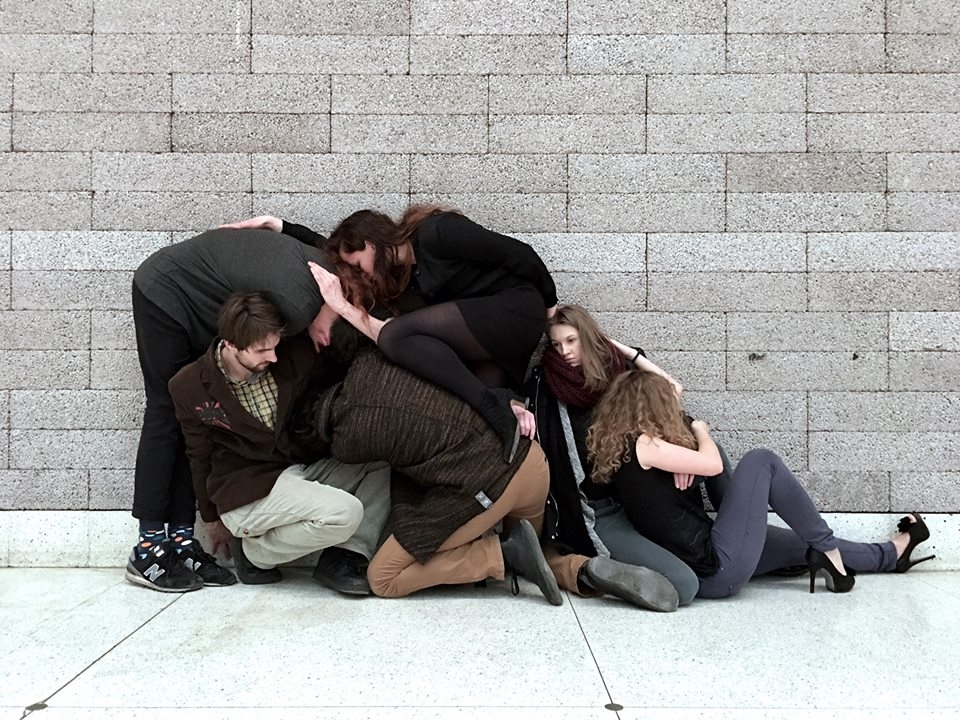 The opening of Katharina Grosse's exhibition "Wunderbild" accomapnies performances inside and around young actors TanteHors
Weekly is published every Thursday morning CET, looking forward to the week’s upcoming art events across Central Europe, links to upcoming deadlines for open-calls, residencies, commentary, photos and happenings of the past week worth revisiting. “We’re talking here about nothing less than the central place in this city where people were taken to be tortured,” said Norbert Hackbusch, one of the protesters who gathered in front of the building on Tuesday for a showdown with authorities on the 85th anniversary of Adolf Hitler’s appointment as German chancellor.

They included relatives of those tortured there, some of them clutching portraits of their loved ones, while others victims’ faces were projected on to the freshly painted walls of the complex.

“Nobody who was brought here for interrogation came out unhurt,” said Detlef Baade, whose father was tortured by Hamburg’s Gestapo in 1933. “We have a societal obligation to do this. We owe it to the dead,” he told the Süddeutsche Zeitung. Rybolovlev’s latest efforts constitute something of a one-two legal punch. Last week, Bouvier appeared before a Geneva prosecutor over accusations of fraud related to the multi-million-dollar art transactions he brokered on the billionaire’s behalf.

Bouvier isn’t the only one under scrutiny, however. Authorities in Washington, DC, are investigating Rybolovlev’s purchase of a pricey Palm Beach estate from now President Donald Trump for $95 million in 2008. Less than two weeks after Rybolovlev’s name appeared in the Kremlin report—a list of officials and oligarchs with close ties to the Russian government who may receive sanctions—Senator Ron Wyden, a Democrat from Oregon, sent a letter to Treasury Secretary Steve Mnuchin requesting “a thorough investigation into any potential money laundering or other illicit financial dealings between the president, his associates, and Russia.” Knight Landesman and David Velasco attend Artists for Haiti Opening on September 8, 2011 in New York City, which is the same period Amanda Schmitt claims she was sexually harassed at Artforum. (Photo by Michael Plunkett/Patrick McMullan via Getty Images)