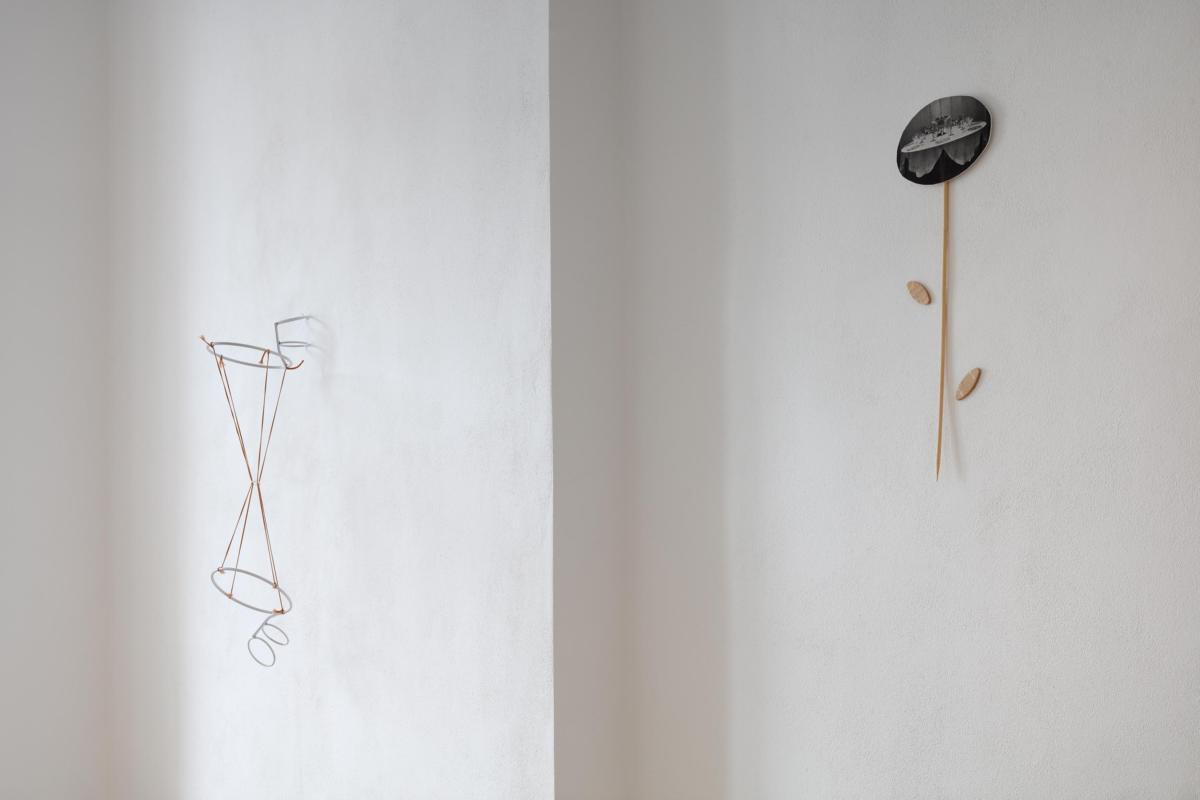 “Young, beautiful, desirable. Men find her irresistible, but something is happening to her, something that she doesn’t quite understand, and soon, she will be swept up in a frantic fury of…REPULSION.”

When in 1965 back then 32 years old Roman Polanski made his first film outside of Poland, he became right away celebrated as a new star of international cinematography. The film was Repulsion starring Catherine Deneuve. Nowadays, and especially in the Anglo-American environment, is Repulsion perceived as a work of a sexual predator. Even though Polanski’s European audience is much more lenient in judging him in the light of continuously appearing allegations of sexual misconduct. Polanski himself, living for years in involuntary exile in France, feels to be treated unjustly as he illustrates in his latest film, “J’Accuse!” (“I accuse,” officially presented in English as “An Officer and a Spy”) depicting the story of Alfred Dreyfus, a French Army officer accused on the bases of falsified documents.

Repulsion tells a story of an attractive young woman consistently followed by unwanted gazes and non-consensual touches of men, gradually leading to a dramatic disintegration of her psyche. The constant aggressions in her life slowly transform into hallucinations and visions of repeated rape. The borderline between reality and imagination dissolves. Countless bodiless grabbing hands of men are piercing through the walls like branches of a homogenous impenetrable forest during a gale, leading Carol Ledoux (Deneuve) to total paralysis. If one of the pairs of hands belongs both literally and figuratively to the director himself is a crucial question of the current critique of the film. 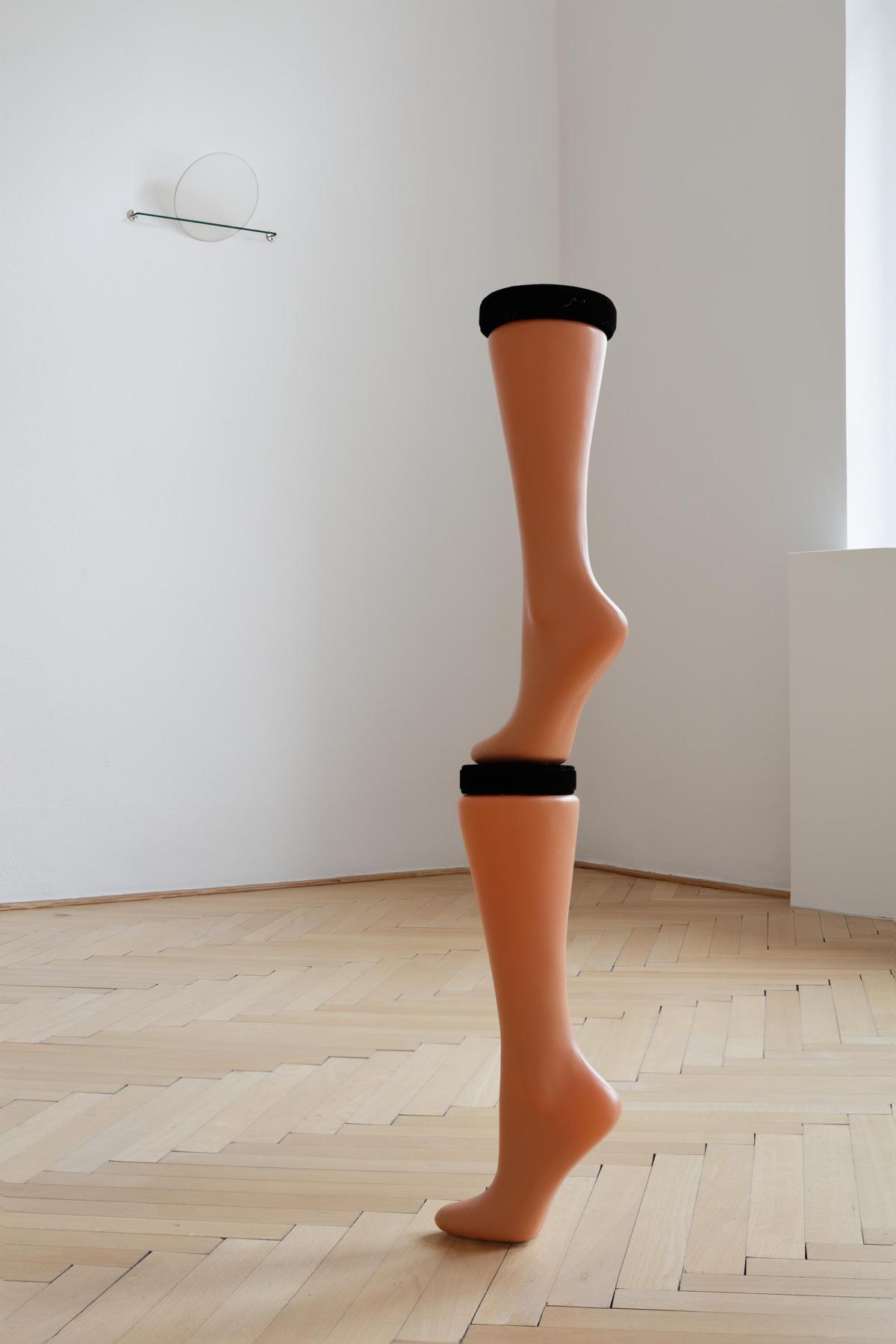 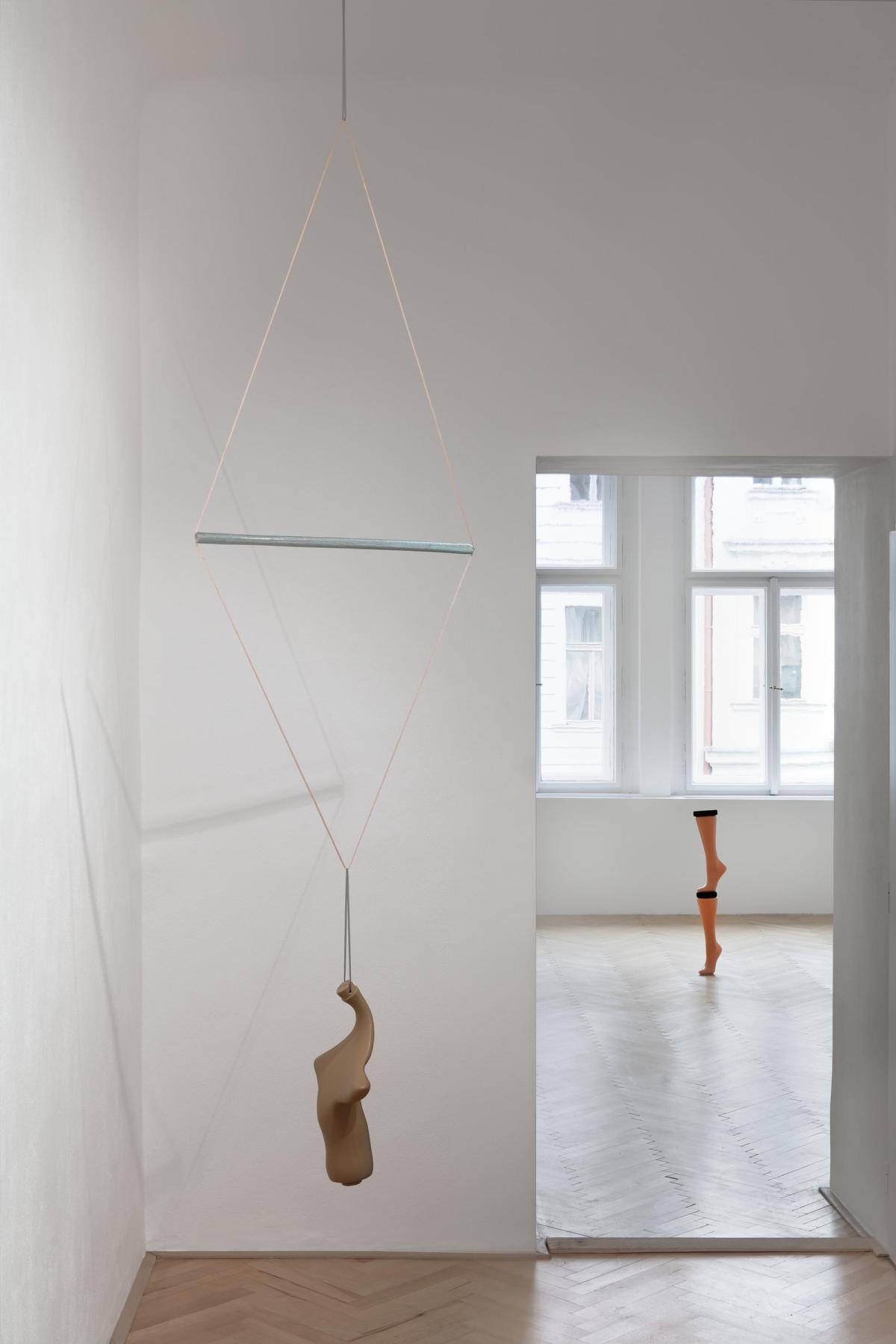 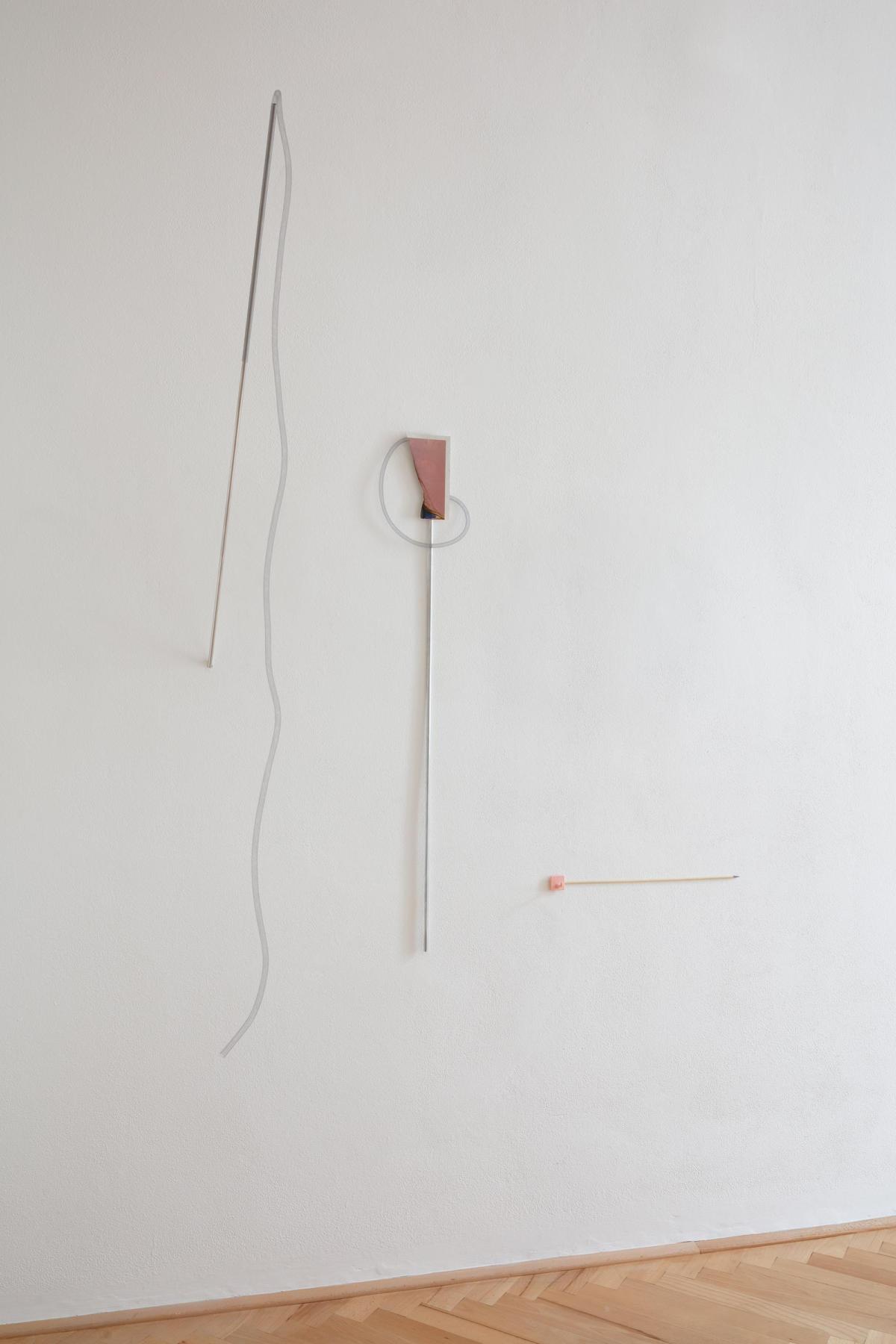 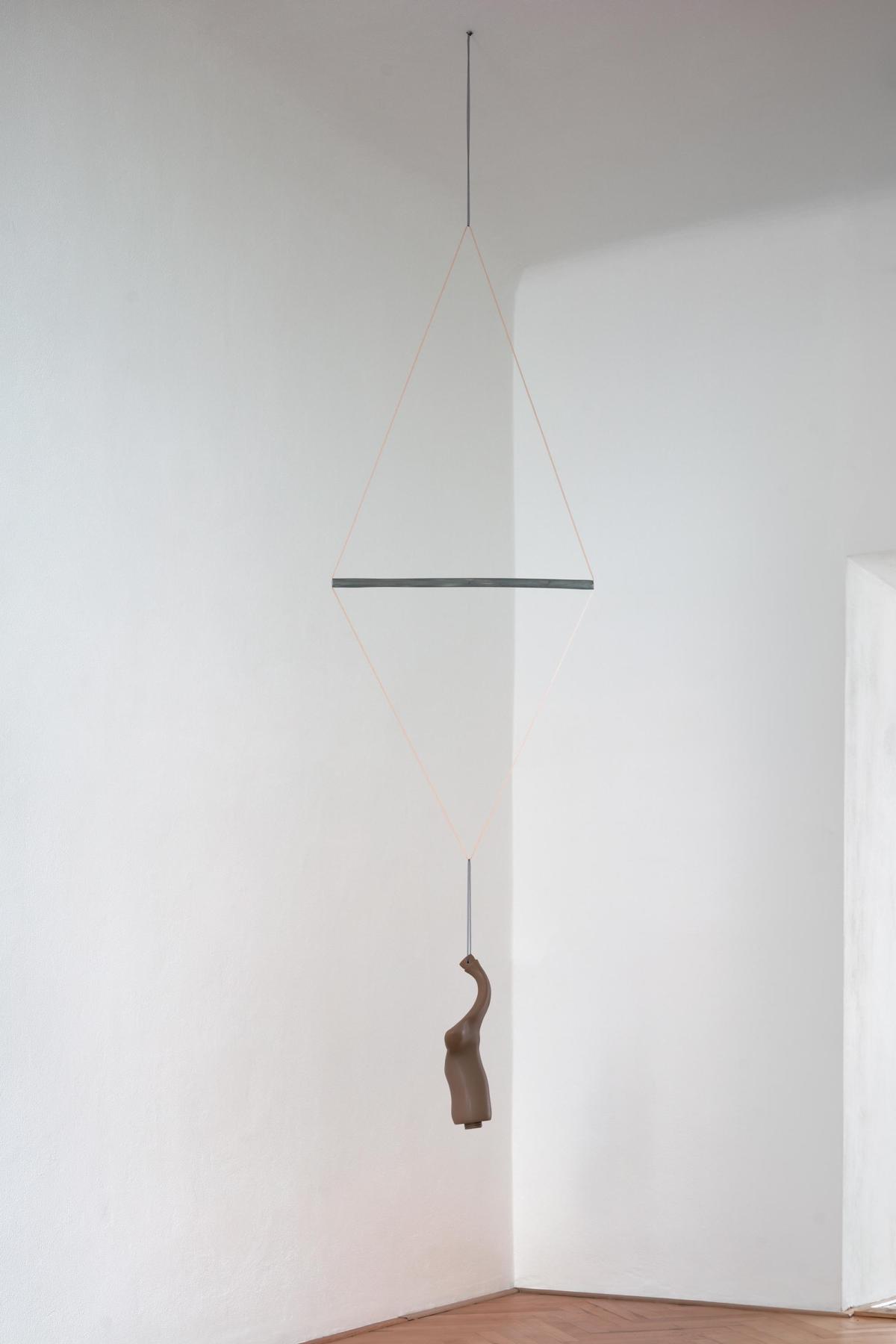 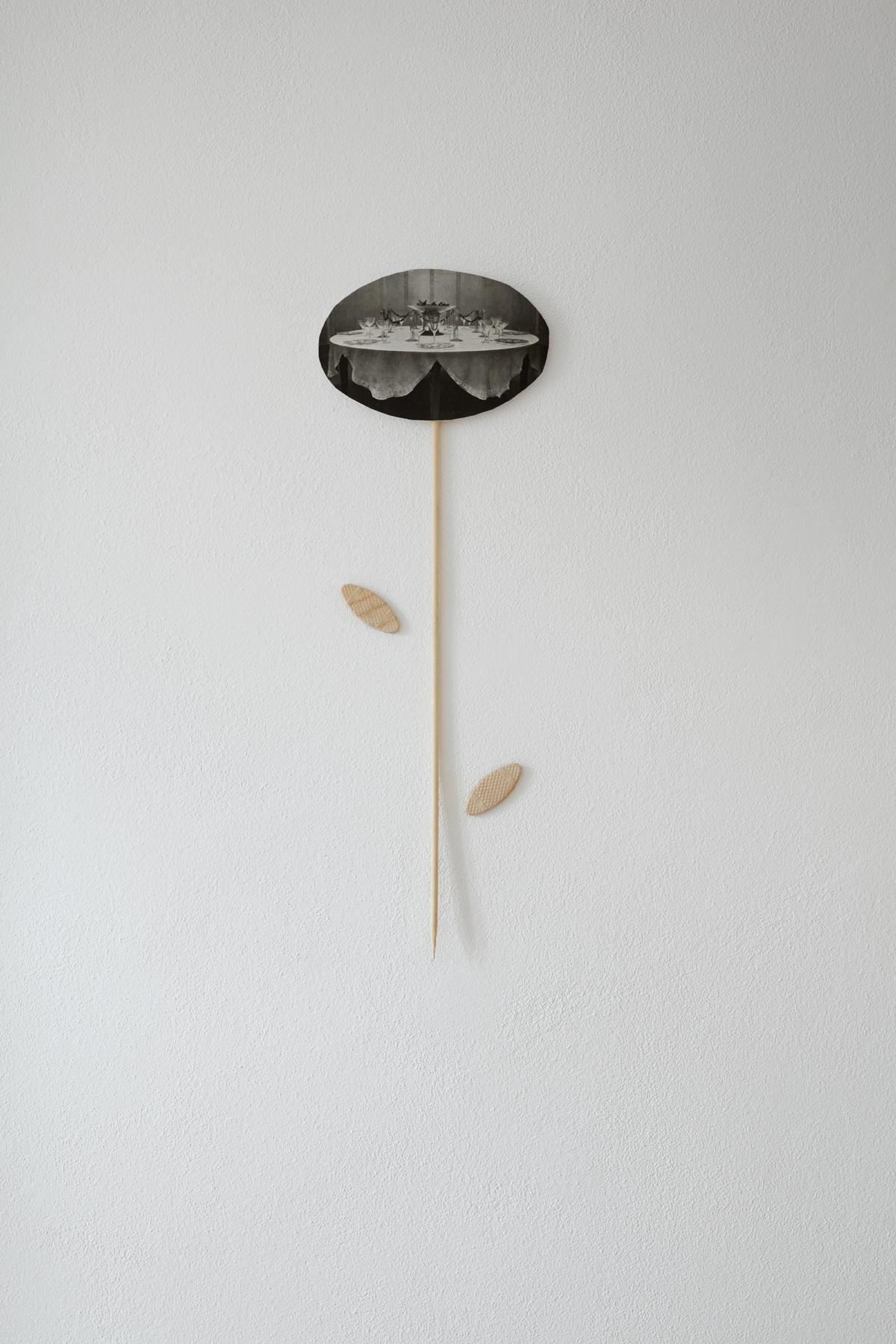 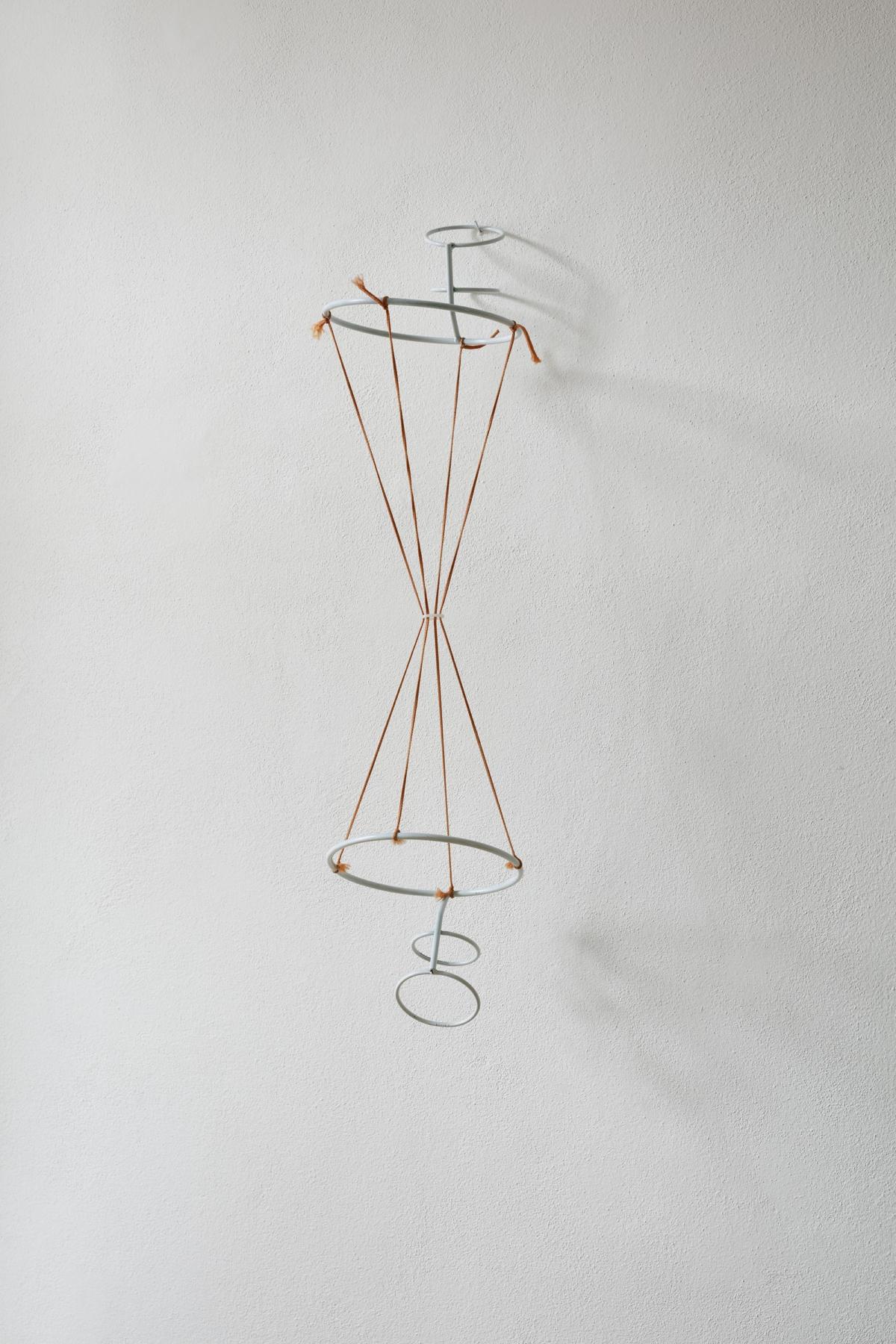 Kateřina Vincourová’s oeuvre draws from the intimate environment of home translated through combinations of seemingly random found materials of quotidian usage into sculptural forms and installations. Composed with an intense inner tension or natural, yet on the first sight, unnoticeable instability. Stretched rubber bands, hair combs or drawstring underwear enter a fluid dialog with fragments of deconstructed fashion mannequins and other anthropomorphic holders as if taken out of a storefront of a haberdashery.

A stereotypical perception of an idea of home as a safe haven in the midst of stormy waters of the world around enters into a radical contrast with a reality of regular and for every human relationship typical and required conflicts. Situations which are literally hanging in the air without an adequate verbalization and reflection gradually form invisible volumes subjected to natural laws, specifically gravity. Their weight is mirrored on its surroundings and creates clear physical manifestations in the space.

Legs, hands, necks, and torsos are revealing themselves from the walls or the floor to absorb their vicinity as if there are not mere fragments but full bodies. Their movement in time is frozen like a jammed hourglass. Flags and rods are being held by invisible hands, which failed to come through and stayed hidden in the solid brick lining or temporary plasterboard partitions. The time oscillates and for brief moments also allows the merging of segments of possible pasts. The sun is rising behind the windows.

A potential of soft violence, which could also be a source of pleasure and joy, keeps the atmosphere tensed as the ribbons, fibers, and bands of Kateřina’s objects. Fragility, fluidity, ambiguity. 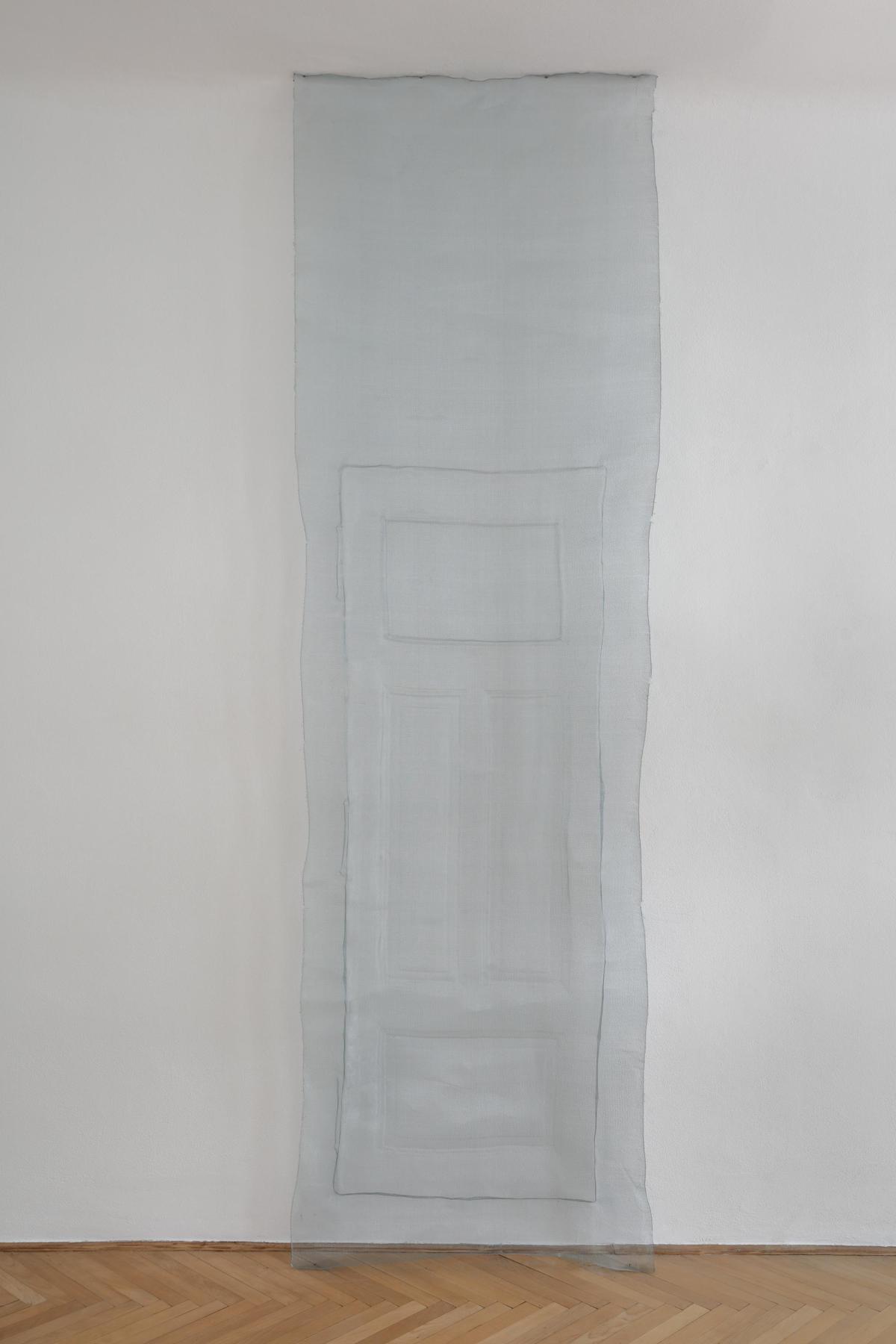 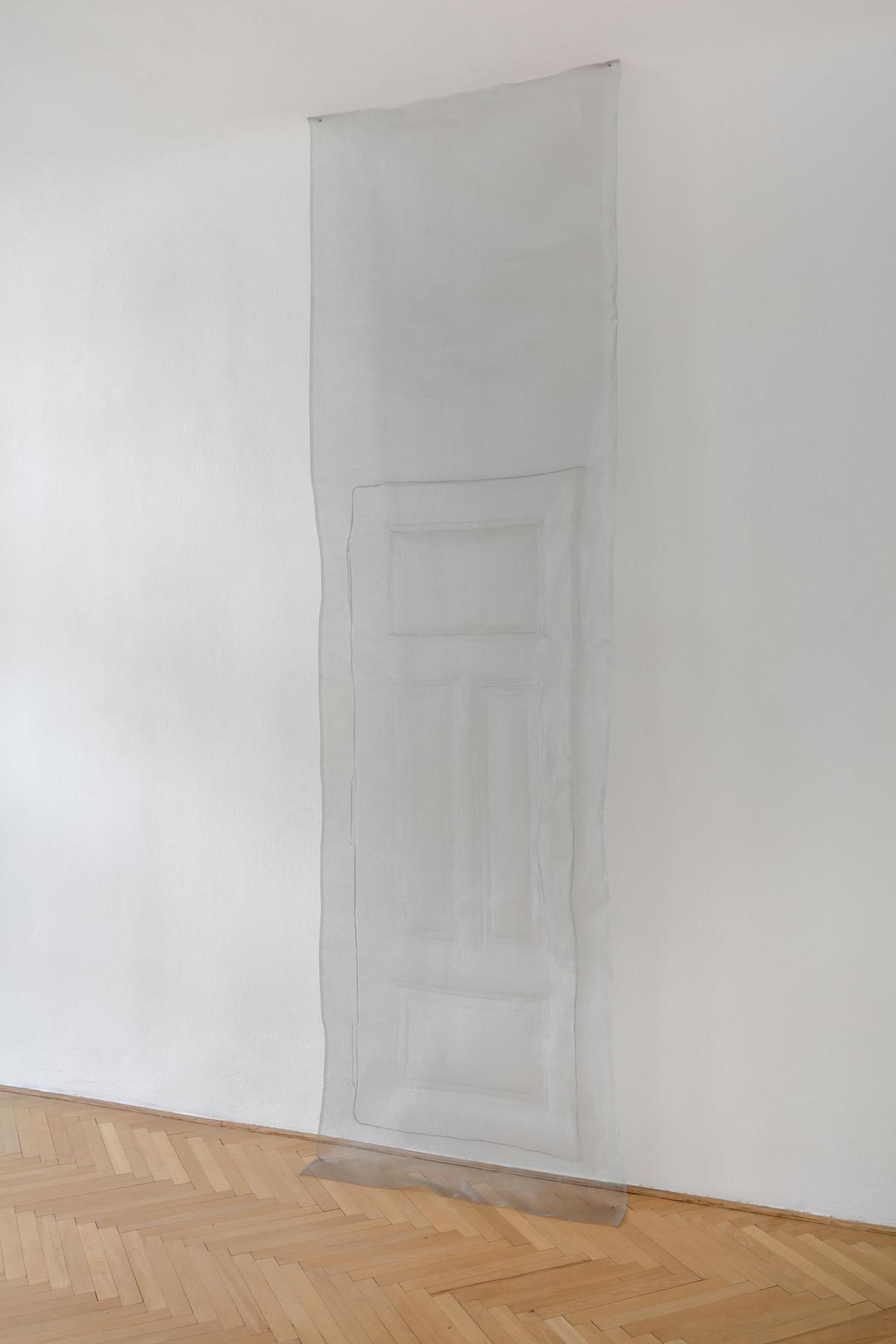 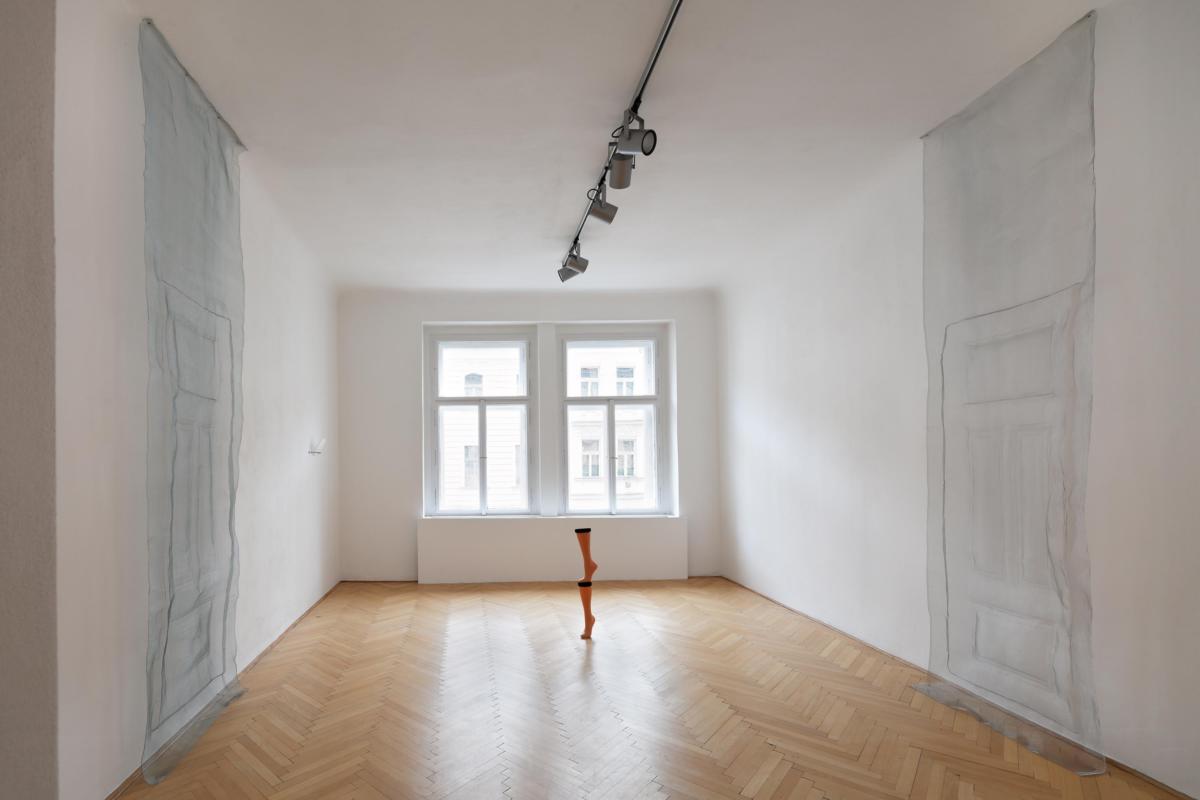 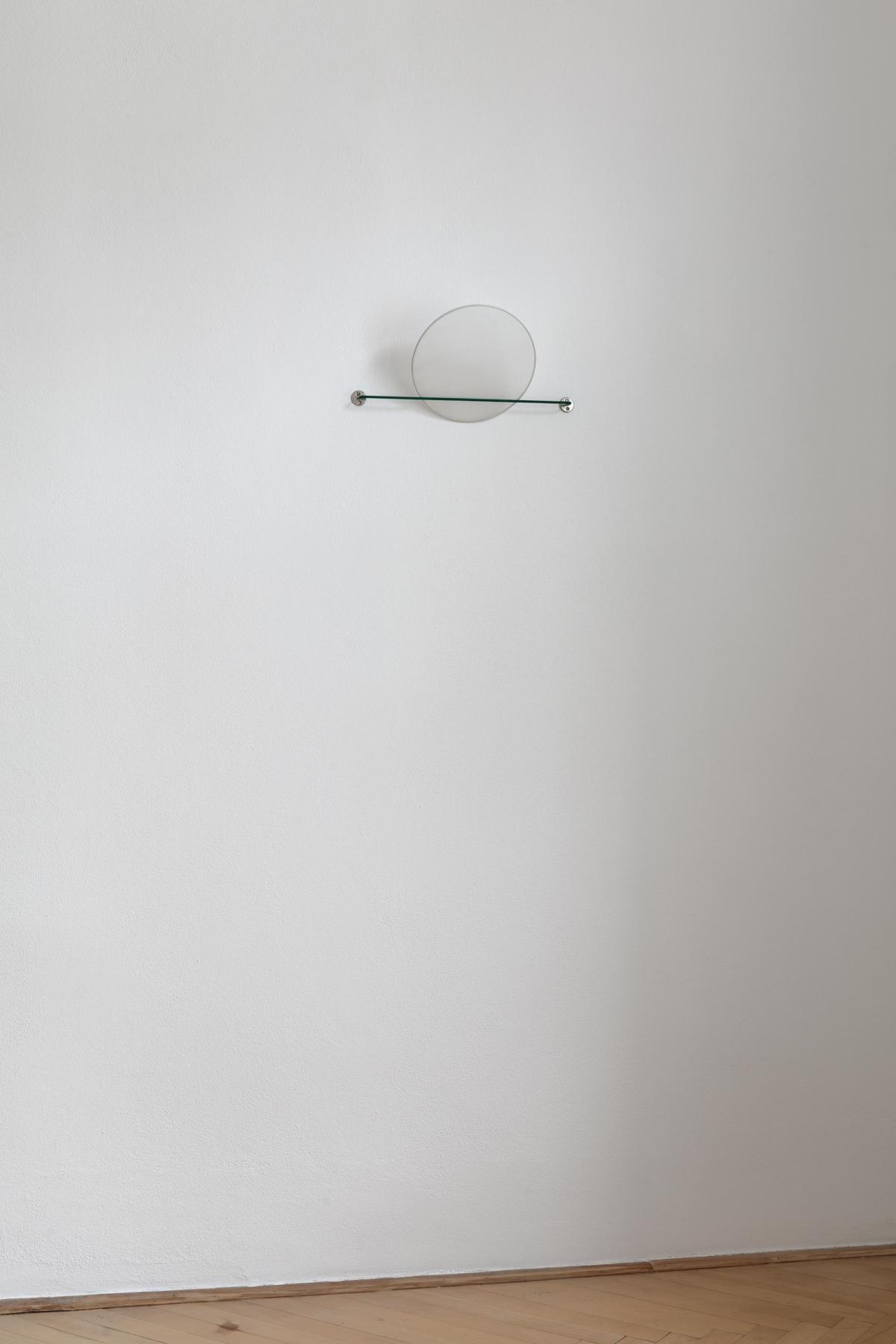 What Polanski brings into drastically naturalist depiction of a gradual escalation of psychosis leading to a murder, Kateřina approaches as a continuous daily process constructed around subtle suggestions. Hands petrified in the walls are not necessarily only a source of aggression and abuse, but also tools for ordinary activities, of a political protest, activism or just simple soft caresses. The parallel between both presents an additional layer of tension and potentiality for a variety of readings. But at the end of the day, such a connection is merely an arbitrary aid. Innocence, in this case, is not a naive state lacking awareness, but rather an informed and intentionally self-aware perception of the world around and its changes.