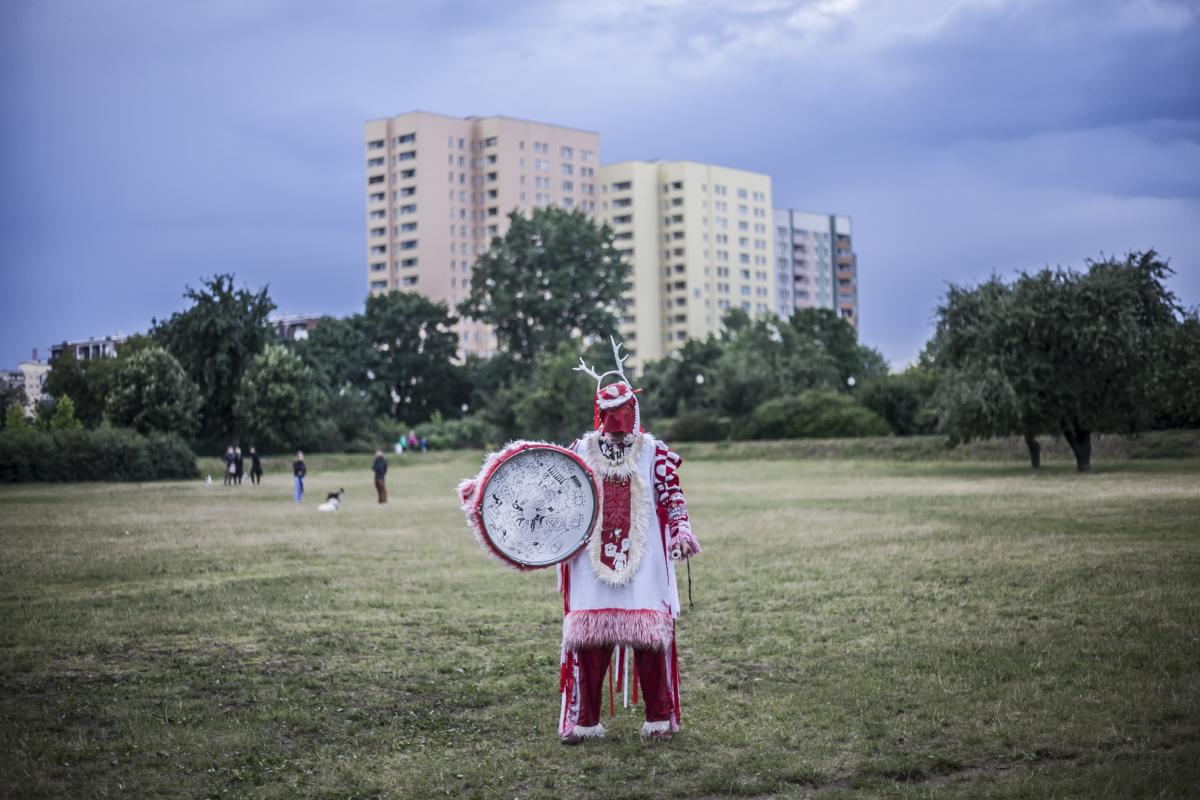 The tenth installment of the Bródno Sculpture Park takes the form of a biennale: over the course of ten days, from June 23 to July 1, 2018, the entire neighborhood of Bródno will become one large art exhibition. Rather than being presented with a finished, tangible work of art, however, viewers are given a conceptual “model kit” to assemble themselves, a display in which the map is the territory.

The collaborative artist duo Paweł Althamer and Goshka Macuga proposed that Warsaw’s Bródno neighborhood be nominated as an exhibition, citing the biennale format famously used in cities such as São Paulo, Berlin, and Istanbul. Althamer and Macuga focus on on the neighborhood’s defining features: the situations, sites, local initiatives, inventions, collections, buildings, and the infrastructure that can be encountered here. They call it a “Venice” biennale, alluding to the world’s oldest (established in 1895) and most famous art event held on a biennial basis. This descriptor also emphasizes the splendor and solemnity inherent in the very act of considering the neighborhood in terms of an art exhibition. The exhibition is a tool for shaping public awareness, and can therefore be a means for social change. 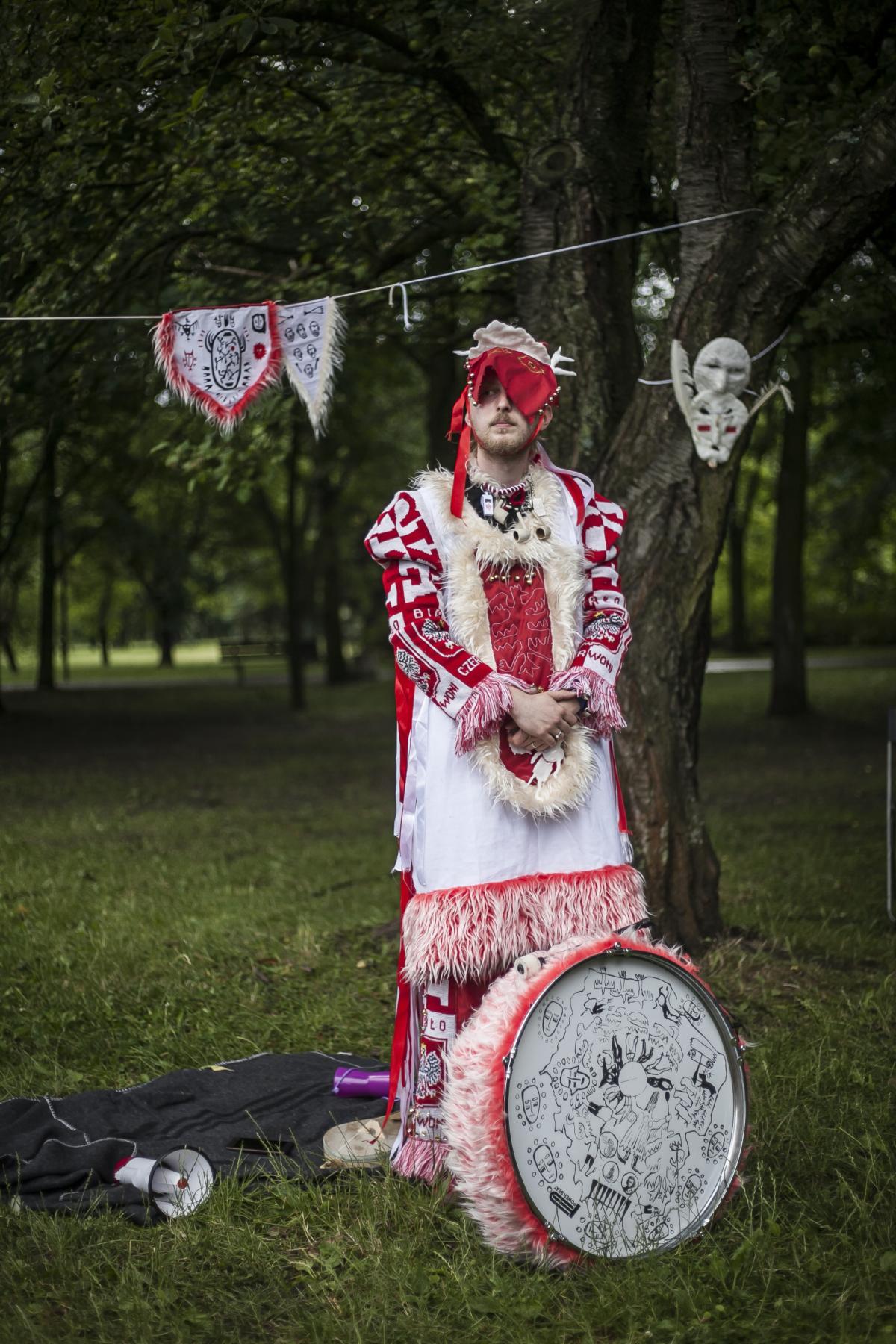 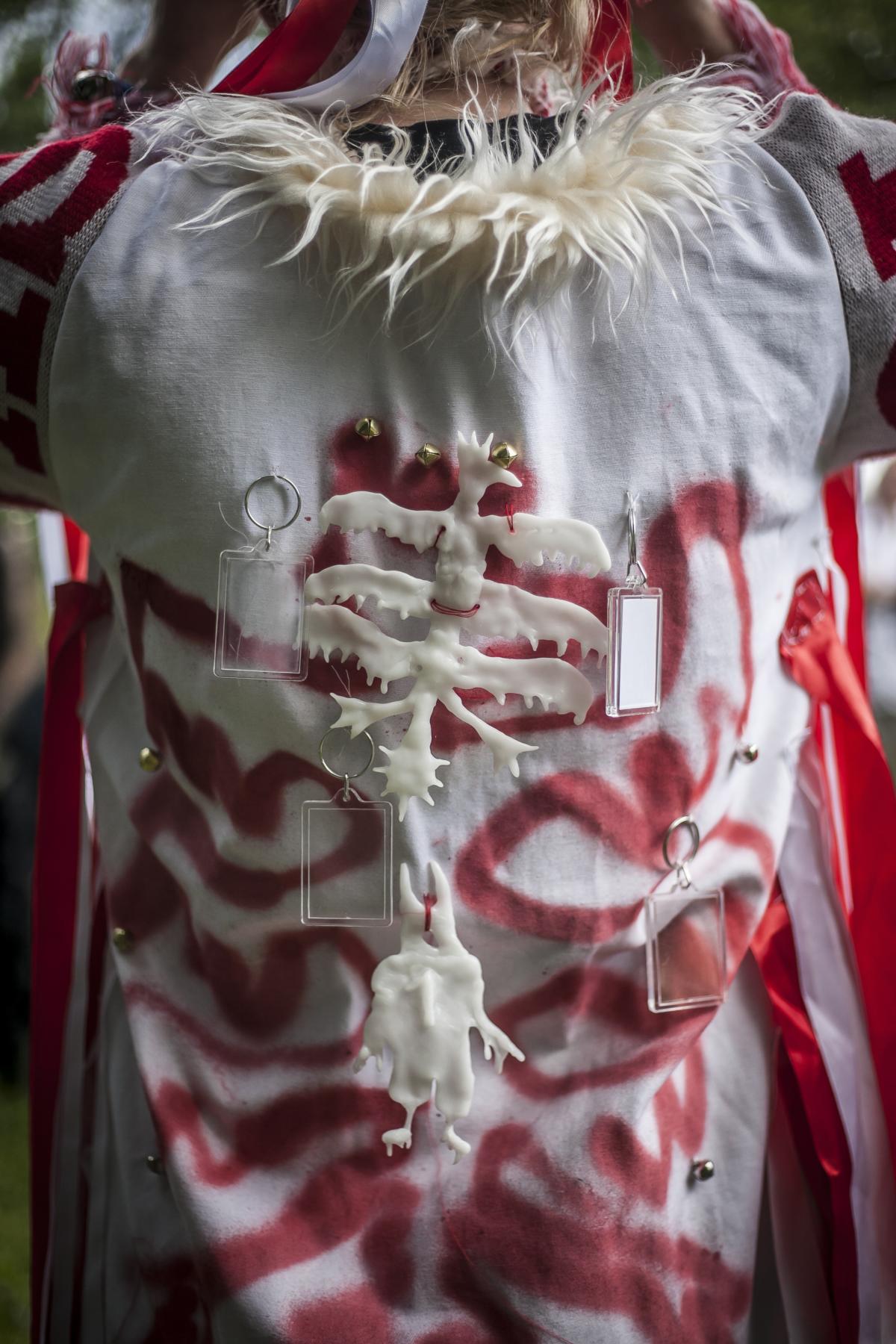 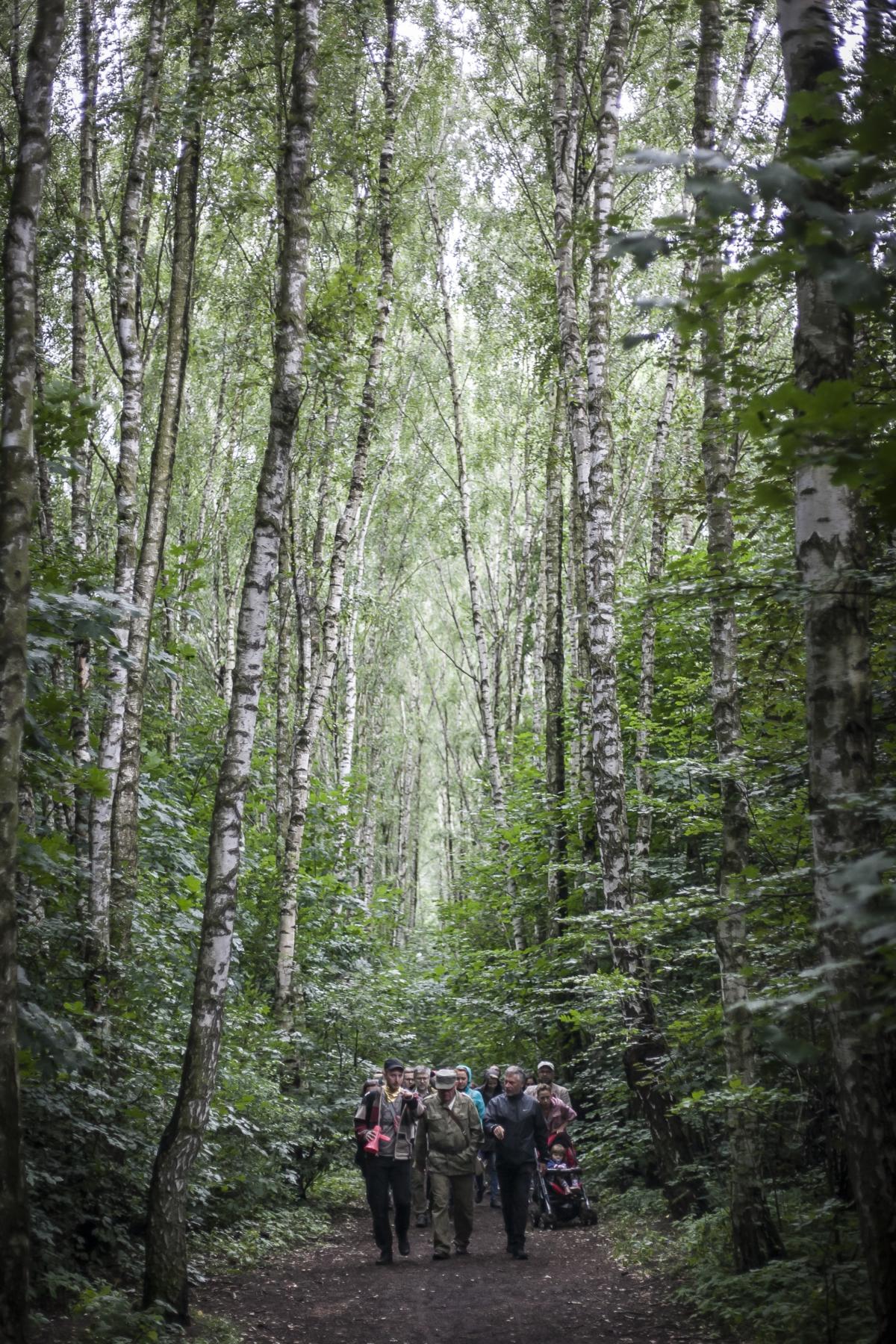 The map of the exhibition features over eighty locations that were selected this spring while touring Bródno in the company of local experts. Locals were also encouraged to submit their own ideas: postcards calling on resident to participate — “Show Bródno to the World!” — were deposited in mailboxes all across Bródno. The collaboratively designed program for the Venice Biennale in Bródno is just one of many possible itineraries for exploring the neighborhood. The purpose of the exhibition is not to create an idealized, sentimental depiction of Bródno, but rather to present a subjectively composed constellation of things that would introduce audiences to the spirit of the place, its ongoing transformation, the co-existence of its numerous seemingly incompatible elements, defects, and traces of past social and urban processes.

The program devised by Althamer and Macuga is part of a longer history of avant-garde artistic experiments that all hinge on the refusal to manufacture new artworks. These include Happsoc I, a 1965 event in which the artists Alex Mlynárčik and Stano Filko, together with the art theorist Zita Kostrová, announced the “annexation” of Bratislava (also for nine days). Among the duo’s contemporary and historical references and inspirations is the research conducted by the Center for Land Use Interpretation, the legendary 1967 essay “A Tour of the Monuments of Passaic, New Jersey,” by Robert Smithson, Krzysztof Żwirblis’s Social Museum, the Manifesto for Maintenance Art published in 1969 by Mierle Laderman Ukeles, the windowless, conceptual Biennale de Paris XV (2006–2008), the photographic projects conducted by Andrzej Tobis, Lala Meredith-Vula, and Lara Almárcegui, the Invisible City (Niewidzialne Miasto) archive, and Grandfather: A Pioneer Like Us, the now-classic experiment in exhibition staged in 1974 by Harald Szeemann, in which the curator displayed non-art objects belonging to his great-grandfather, a noted hairdresser. Althamer and Macuga’s idea echoes the spirit of Joseph Beuys, who announced in his 1973 essay “I Am Searching for Field Character” that “everyone is an artist.” Beuys wasn’t referring to the profession of the artist as it is traditionally understood, nor was he proposing that every person in the world had the potential to become a talented illustrator or sculptor. Rather, he believed that we could be creators and artists in our own fields, breathing an artistic element into our ordinary, everyday activities, the objects we make, and our relationships with other: you can be an artist/single mother, an artist/driver, an artist/civil servant, etc. In Beuys’s view, we all participate in the creation of a total work of art by transforming the social structures and conditions in which we live. 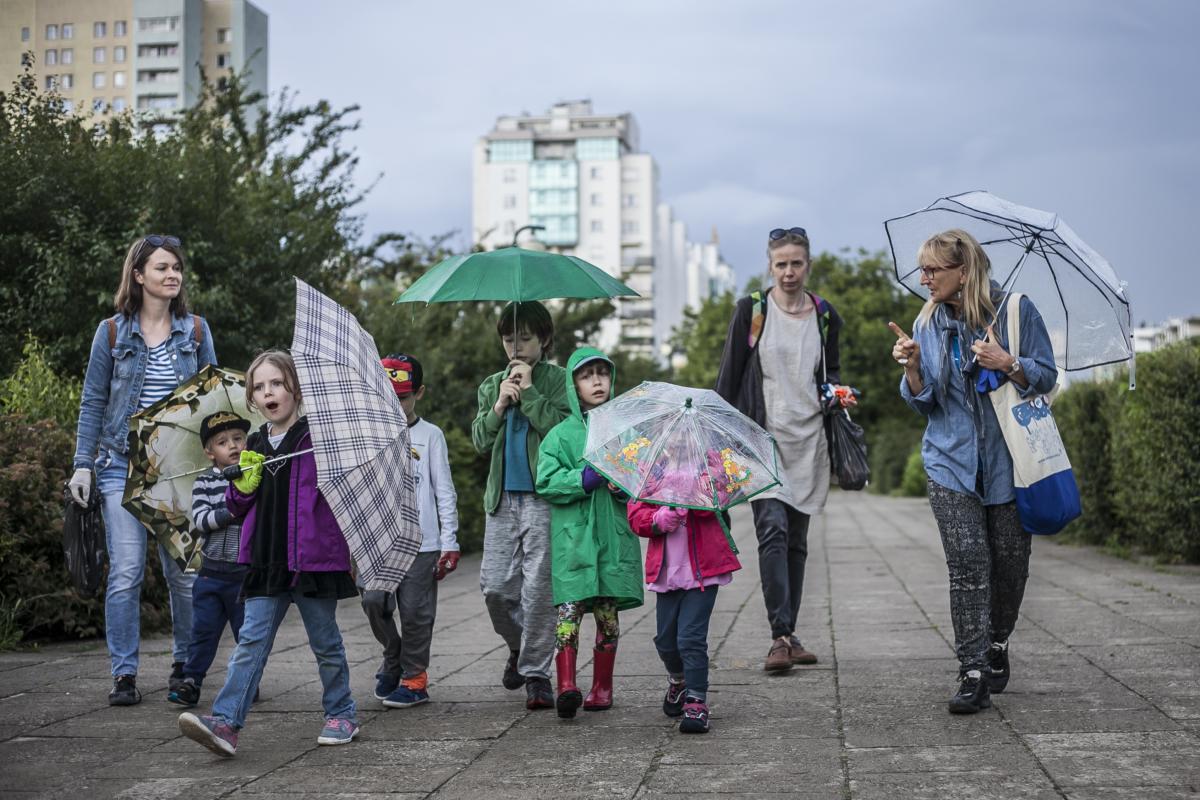 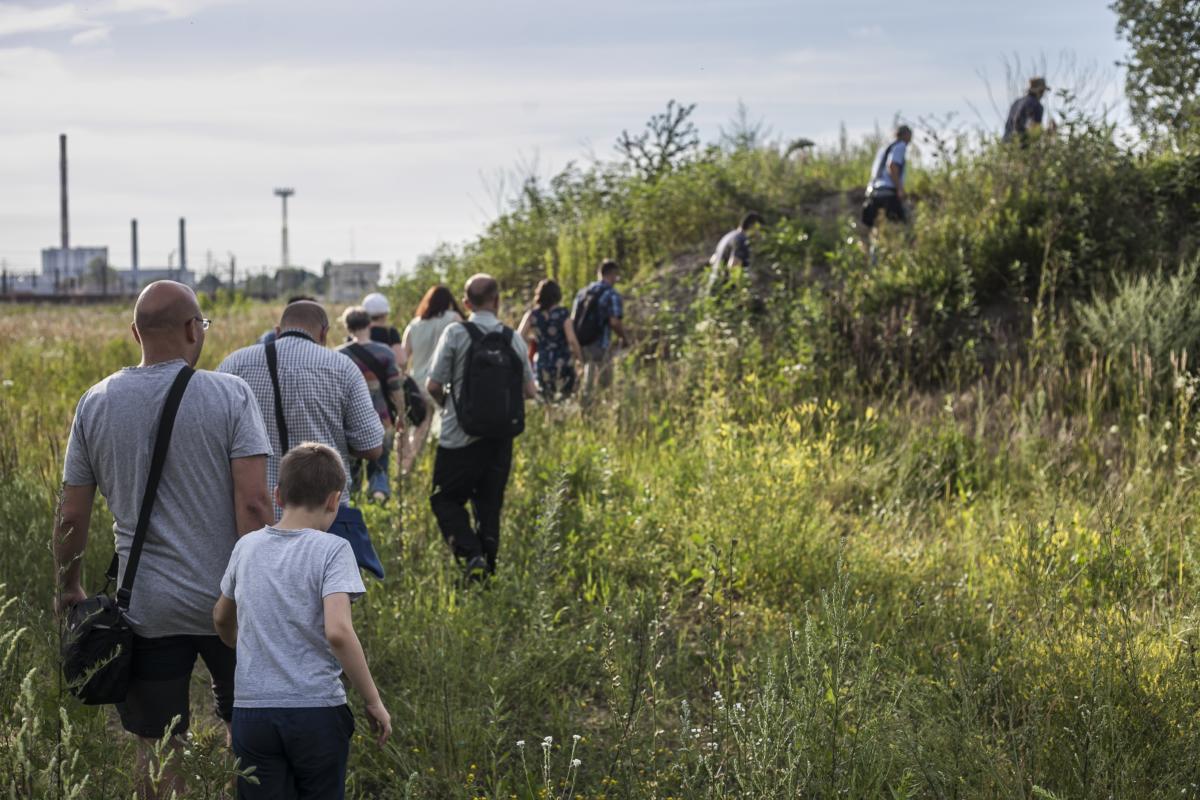 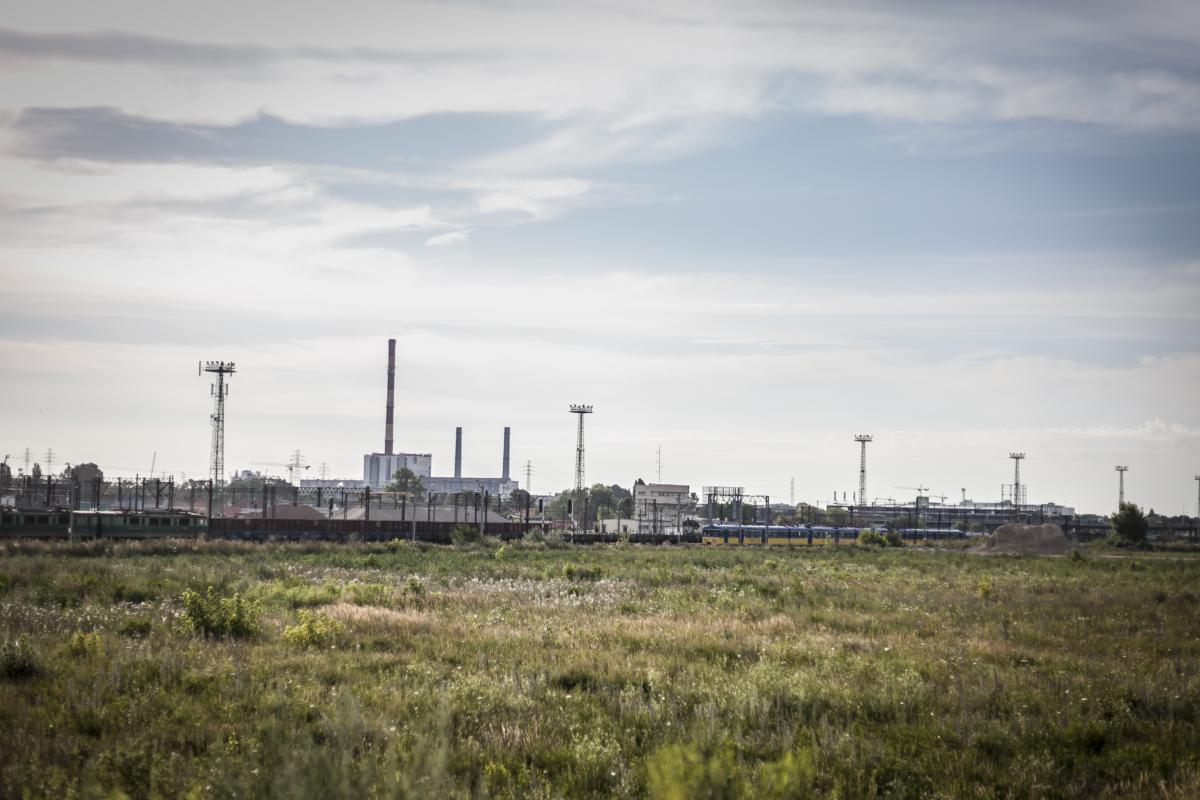 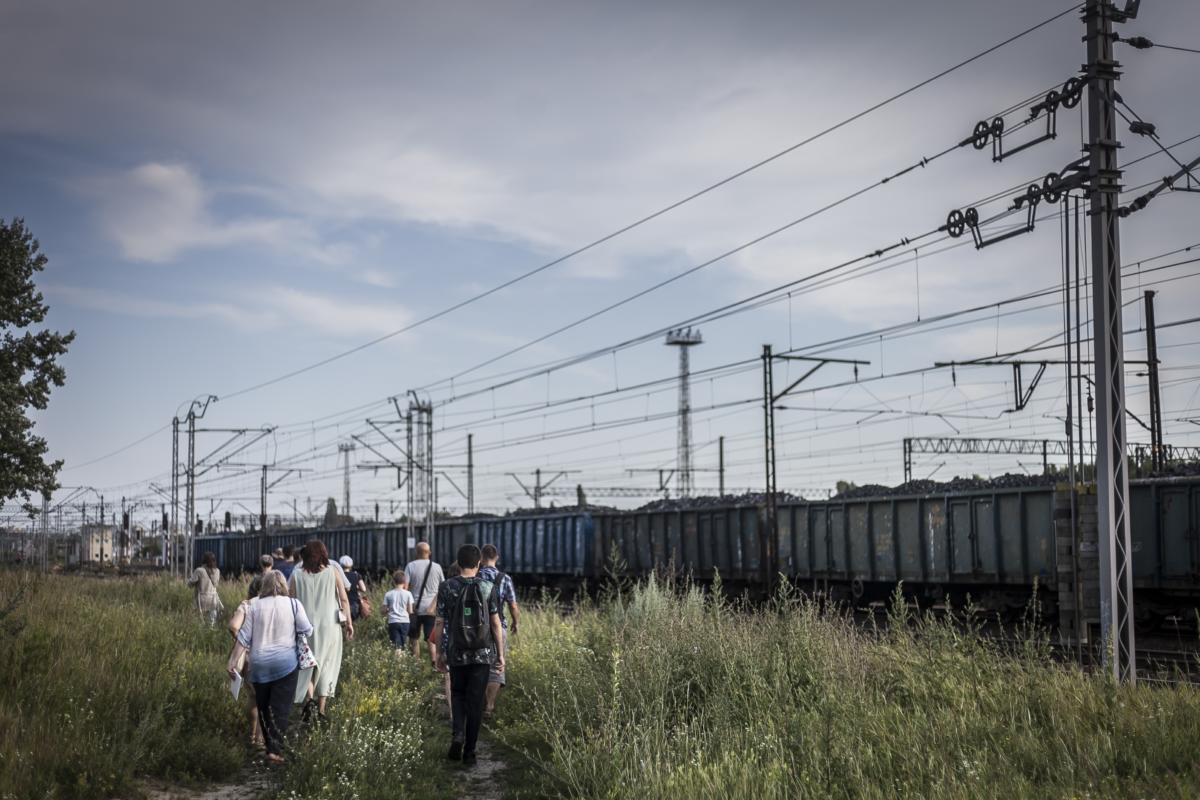 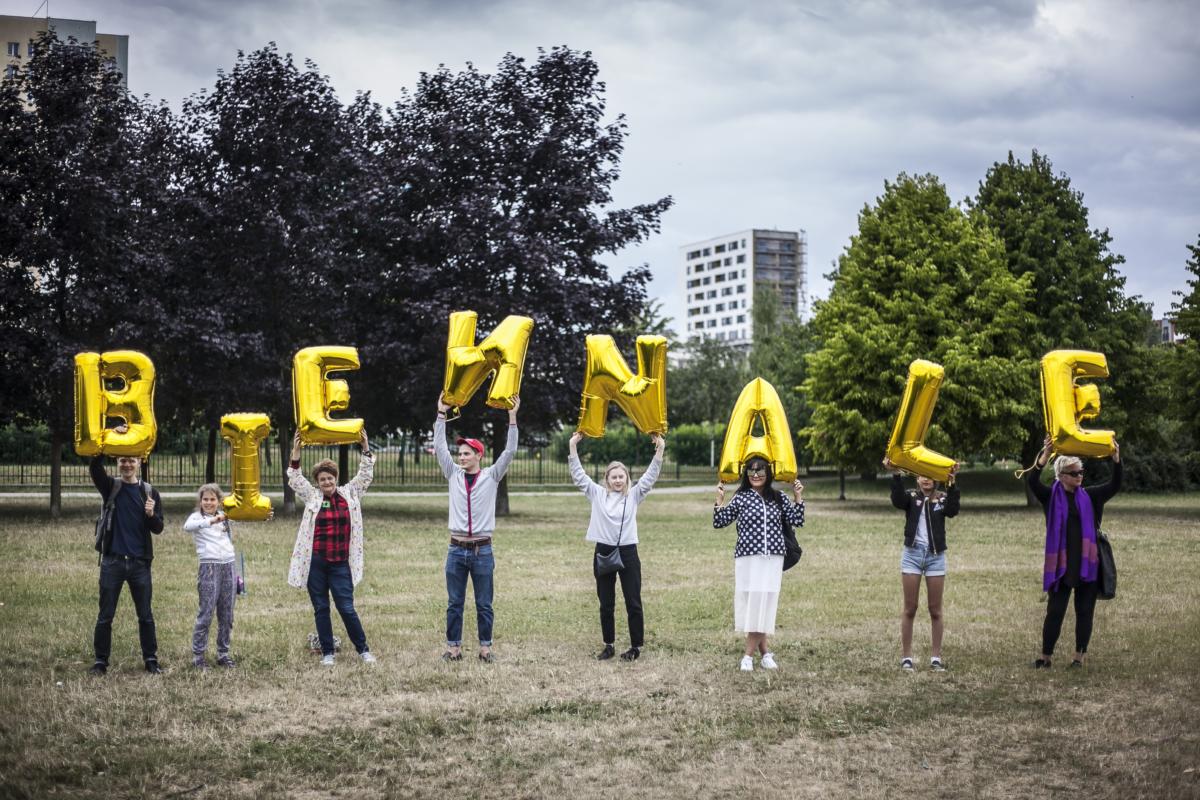 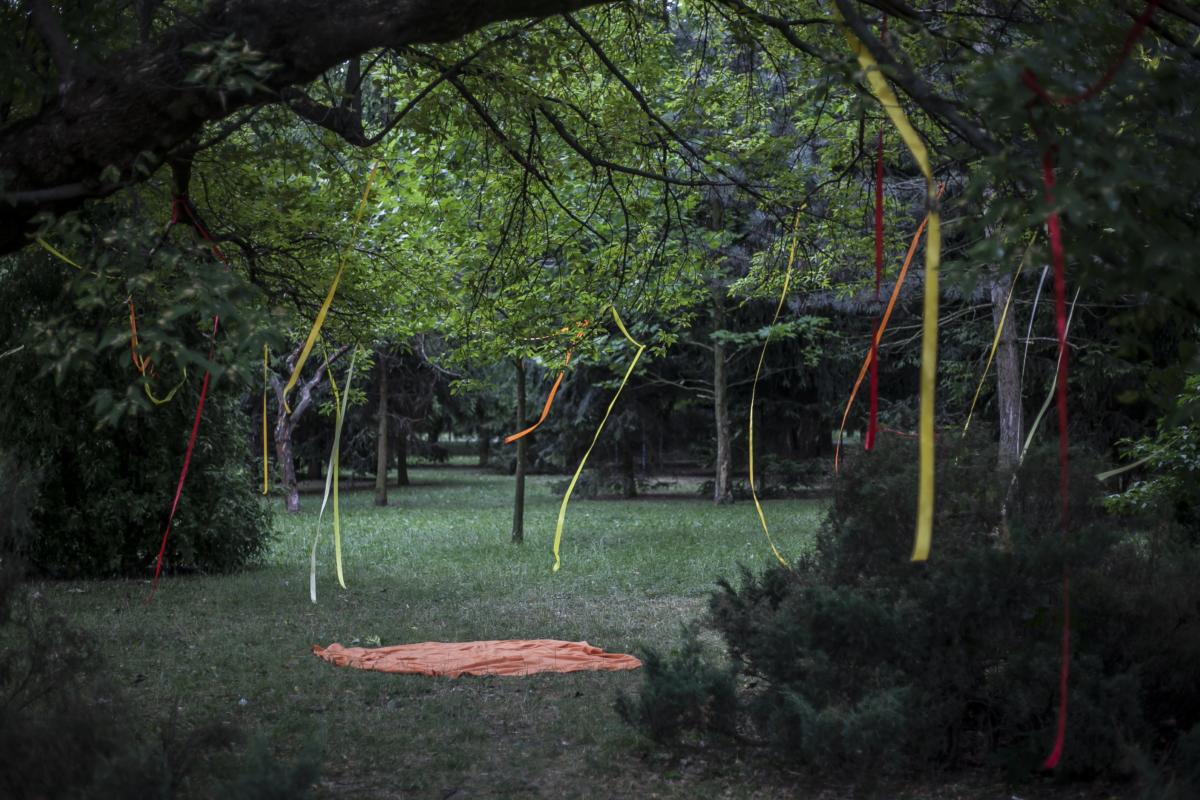 The biennale sites have been grouped around four paths leading into the neighborhood, thus forming “themed routes” along which to experience the exhibition: the necropolis (south entrance: Bródno Cemetery), the mysterious object (starting in the middle of the neighborhood: Bródno Park), transportation (west entrance: “Railside” Bródno), and nature (northeast entrance: Bródno Forest). Each of these routes serve as a themed “tunnel” that draws our attention to particular phenomena in the neighborhood, while leaving room for the exhibition to encompass areas beyond the district limits of Bródno.

The Bródno Biennale is a catalog of the “local” themes running through Paweł Althamer’s own art. The artist uses art as a tool for discovering the surreal and mystical nature of objects in the world around him. For his 1997 “Bródno” exhibition at the Tęcza Cinema’s A.R. Gallery, Althamer assembled objects he had found in his neighborhood or had been created or modified by his neighbors. The artist has also consistently employed “the drift” (dérive), or walking, as a medium, exploring the world through the eyes of a newcomer, an astronaut, or a member of “another tribe.” He refers to his artistic practice as “directing reality,” and describes its outcome as a “film in real time.” 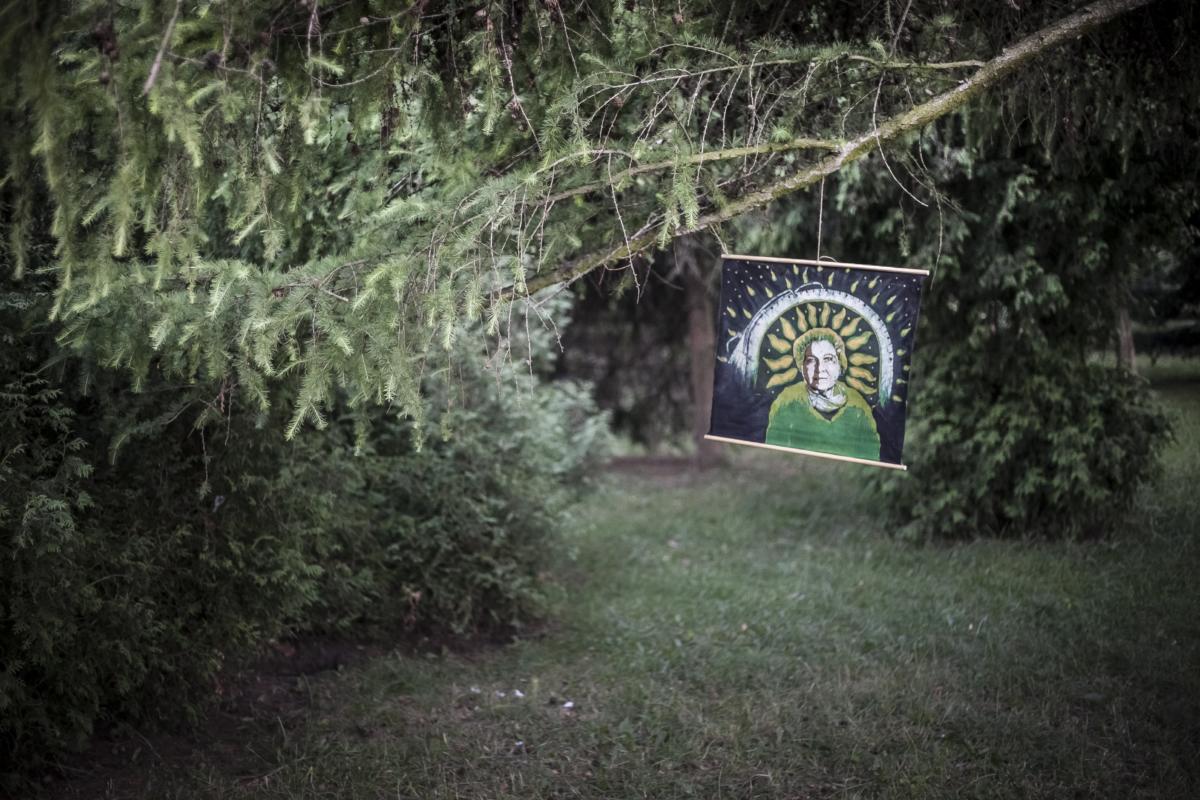 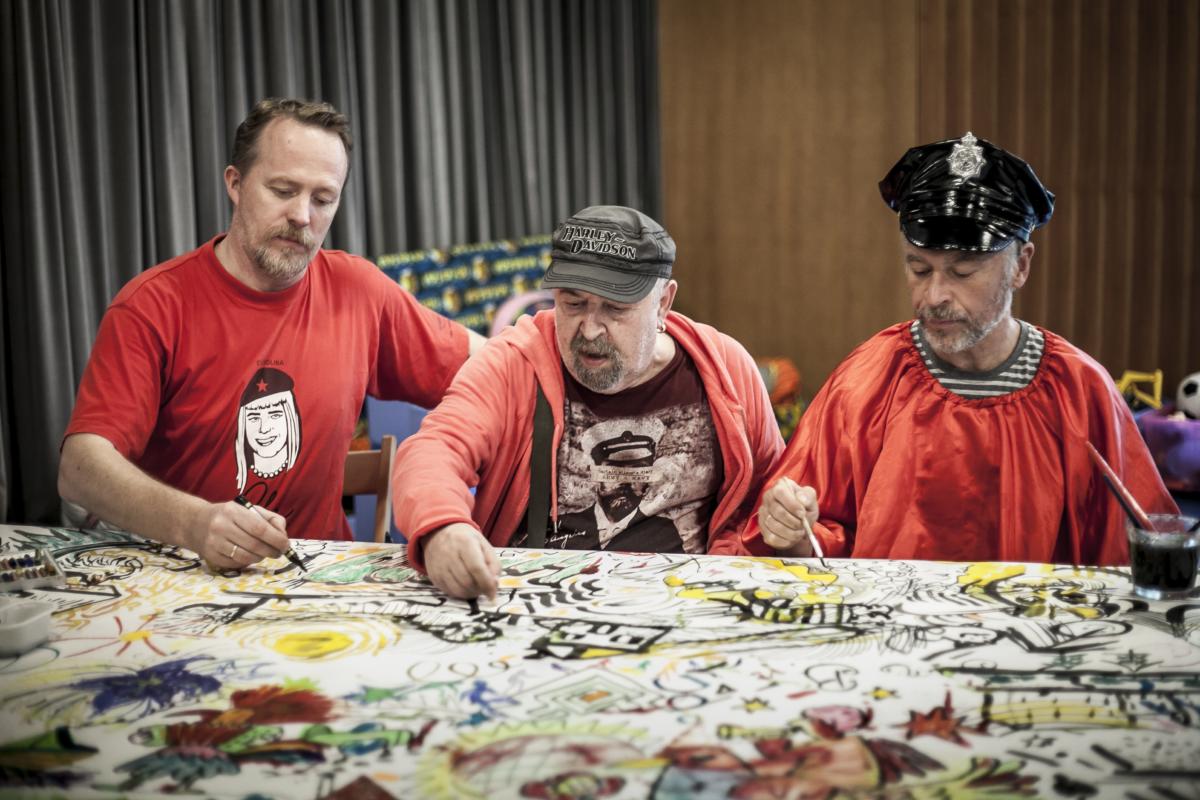 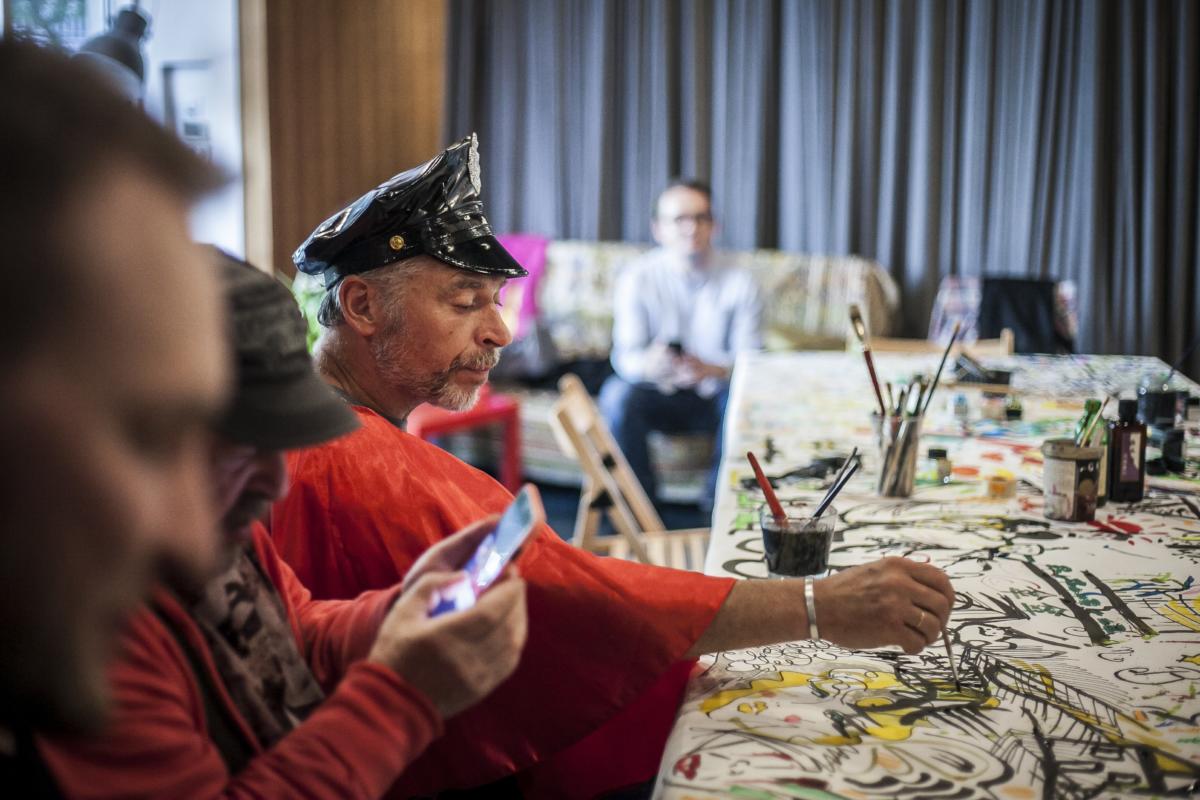 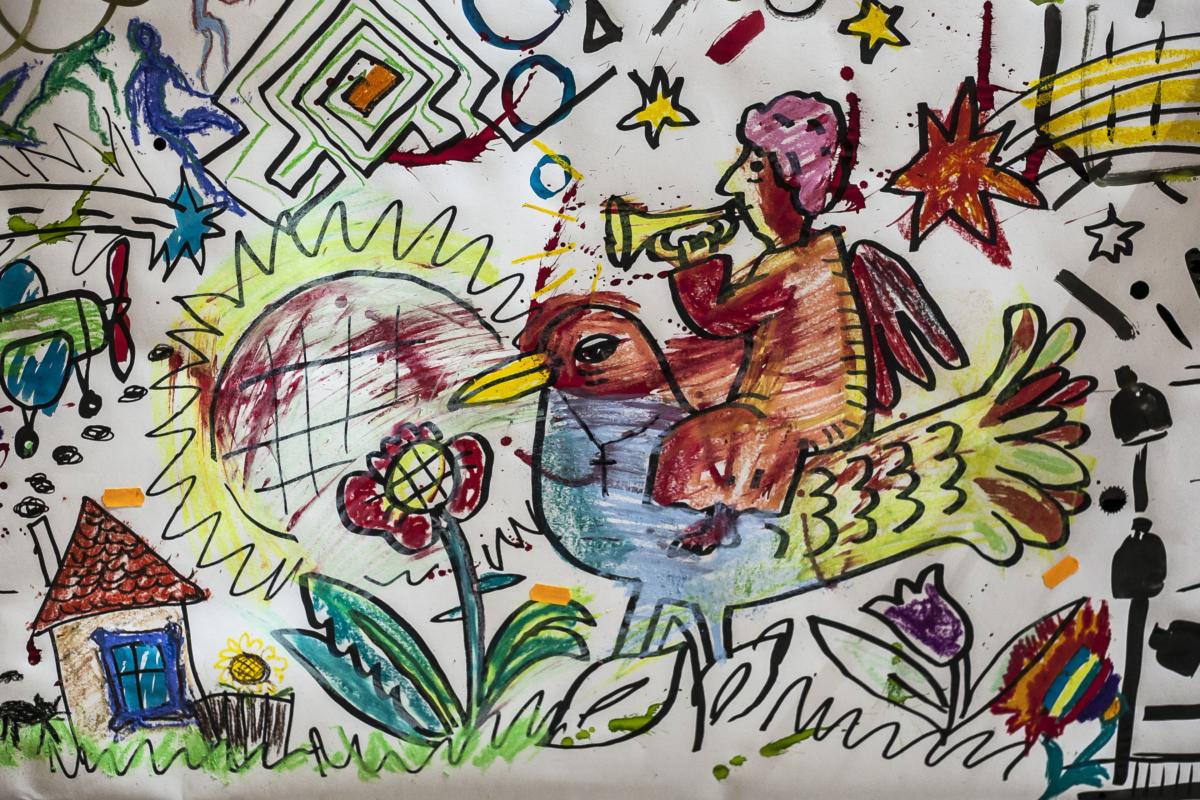 Goshka Macuga, meanwhile, is more analytical in her work methods, and uses what is known as “cultural archeology”: she precedes each new project with exhaustive archival work that place her pieces within a broader context, such as that of the economic factors involved in art. Macuga employs both artistic and curatorial techniques, creating installations that incorporate the work of other artists, archival materials, and found objects. Both artists make subtle and often have made imperceptible “editorial changes” in selected sites featured in the Biennale. But their role, for the most part, is like that of theater or film directors; they work with a larger team that is tasked with preparing and editing the material about Bródno, making it available to the public in the form of an exhibition. It includes many of the neighborhood’s found elements: store windows, school playgrounds, holes in the ground, faucets, marketplaces, empty lots, architectural details, and even the interiors of businesses and private apartments. The Venice Biennale in Bródno also uses the traditional elements found in the modern-day museologist’s toolkit, such as catalogs, labels, guided tours, and maps, all of which enable us to emphasize certain objects and events and abstract them from their surroundings. Deciding which objects to see, and in what order, is left to the viewers, who are given a map and catalog. Throughout the Biennale, the Museum of Modern Art in Warsaw will provide guided tours with museum staff who are professionally involved in contemporary art education and popularization, and with local experts who live in Bródno. The “Central Pavilion” will be located at the Tea House, a sculpture by Rikrit Tirivanija in Bródno Park, and will serve as an information point, a meeting place, and a distribution center for Biennale items and printed matter. The steward of this venue is the artist Michał Mioduszewski, who in 2010 came up with the idea to turn the sculpture into “Warsaw’s smallest cultural center.” The park is also home to the Orangery, a community greenhouse that opens during the spring and summer months and will serve as a venue for the Biennale’s accompanying events, hosted by the community animator Iza Kaszyńska. 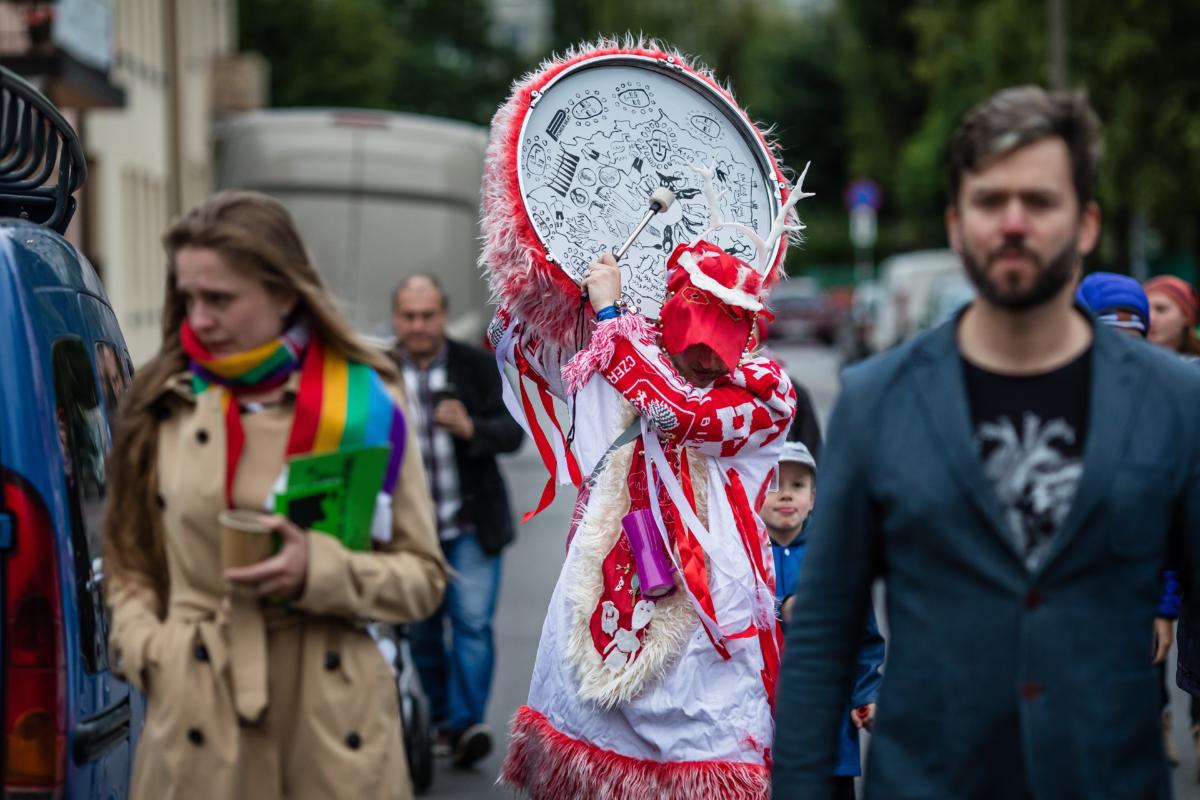 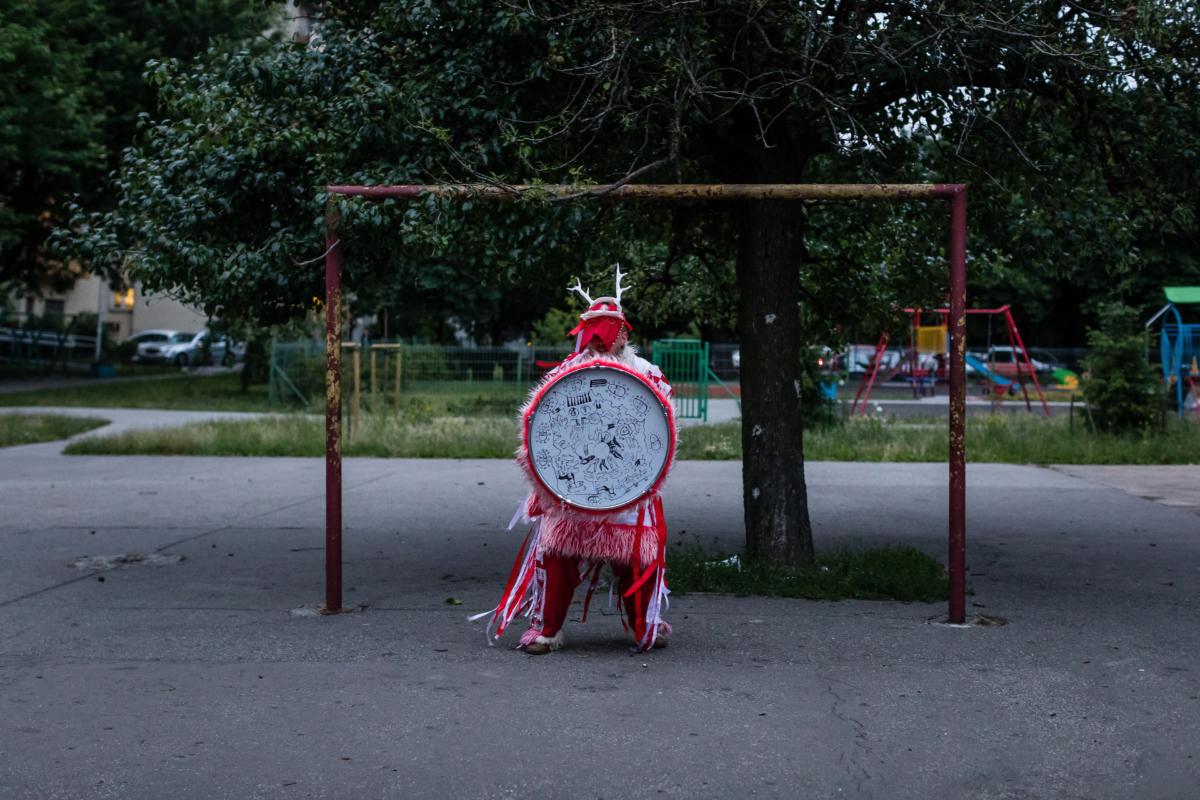 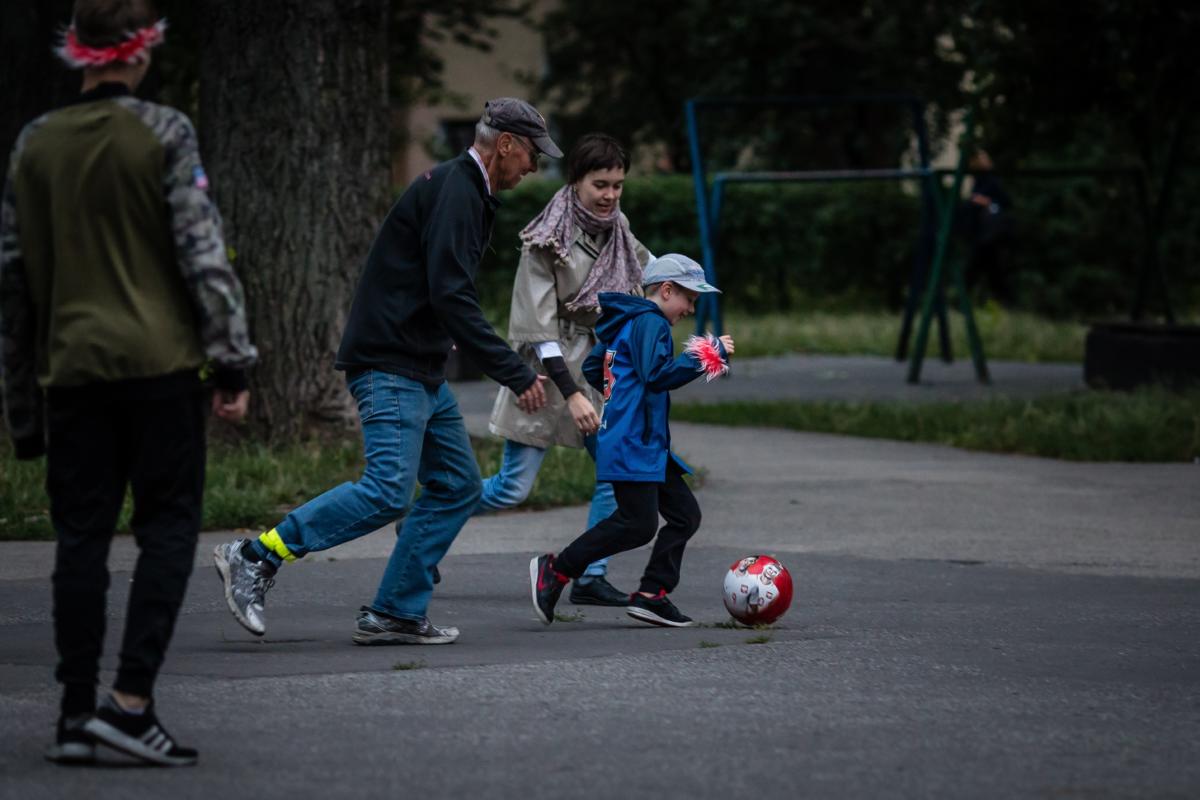 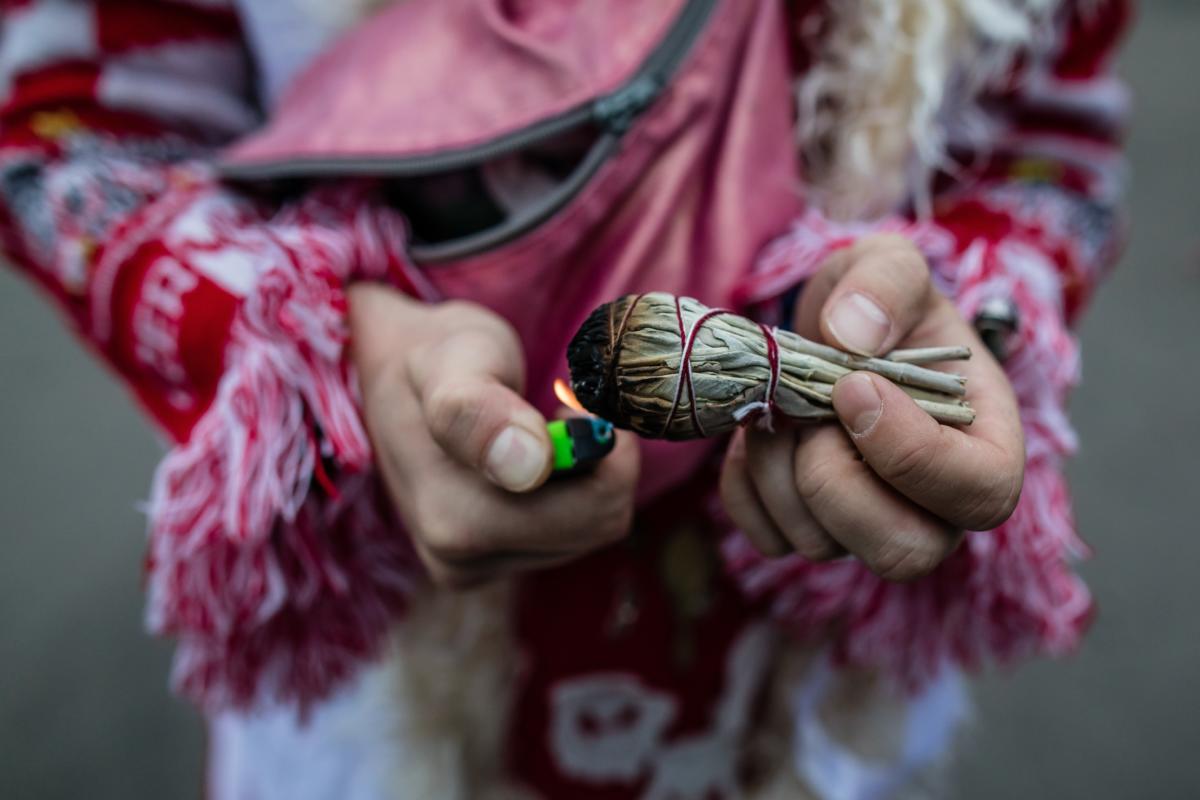 The activities that have taken place at the Bródno Sculpture Park over the past few years form a natural sequence of events: we believe that art is increasingly becoming a part of everyday life for the park’s neighbors and visitors, who have planted oak trees together, helped revitalize a garden-sculpture, enjoyed picnics by the Tea House, gathered stones during aimless walks, etc.

To experience Bródno on a scale of 1:1, as it is, unretouched and with no idealization, is the purpose of this year’s edition of the Sculpture Park. The accompanying book is a set of instructions that will help readers explore the Biennale, an exhibition that “uses the country itself, as its own map.”

The program of this anniversary edition also features a collaboration with our sister institution, the Srihatta Art Centre and Sculpture Park, run by the Samdani Art Foundation in Sylhet, Bangladesh. The park opened in 2016 with an inaugural installation by Paweł Althamer, titled Rokeya. The Bangladesh National Pavilion will be installed in Bródno during the Biennale.