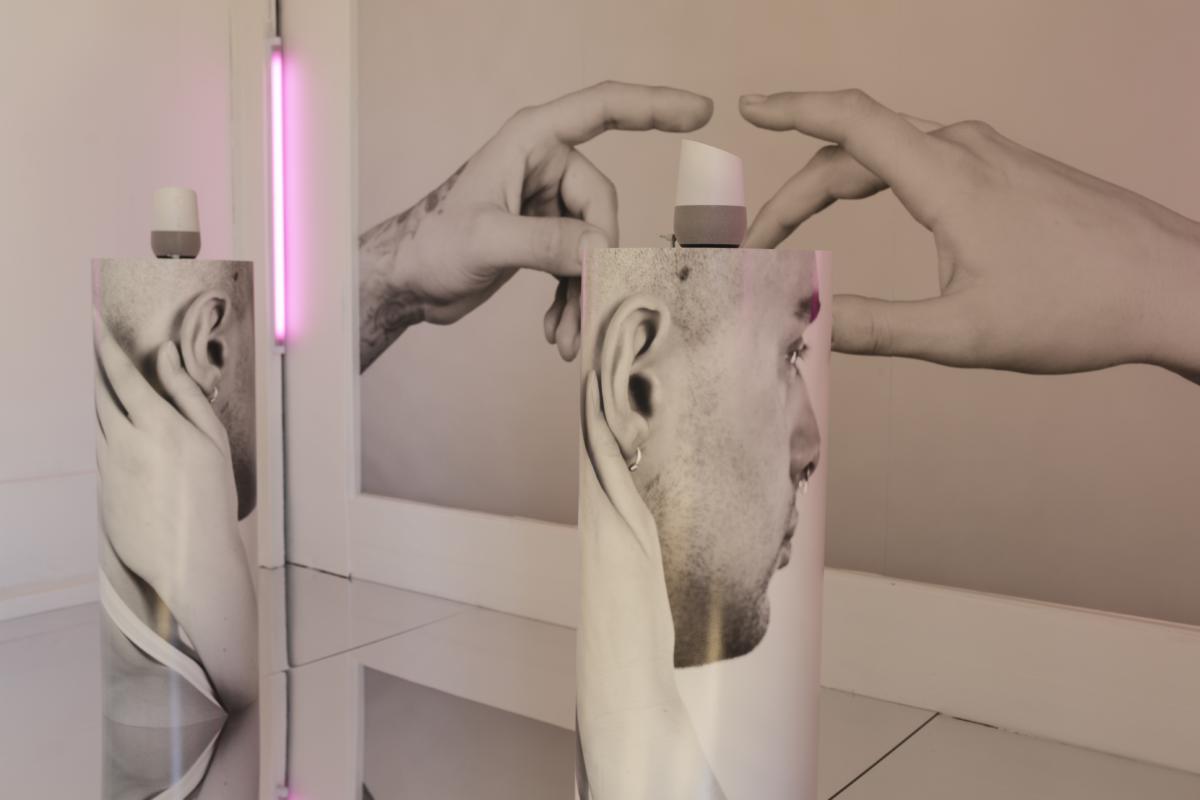 Mark Dion, A Tour of The Dark Museum

The main location of the biennial is the former Faculty of Biology in the University of Latvia, a place with a rich history and spectacular interiors, including some abandoned old museums. Many artists took the chance to put their own mark on it by either adding something or competing with the interiors. Mark Dion did otherwise, creating a work based on the experience of the space itself, a piece spectacular and quite minimalist at the same time. Traveling in the dark with only a flashlight in our hand, lighting the way between stacks of animal skeletons covered in plastic foil with a dimmed red light gives viewers a unique chance to meditate on the place itself more than with any other work. At the end a strange display prepared by the artist awaits consisting of a stack of prepared specimens glowing green, in a distorted scale, representing an array of natural sciences. A bit like a forgotten museum, a bit like some outlandish chapel. 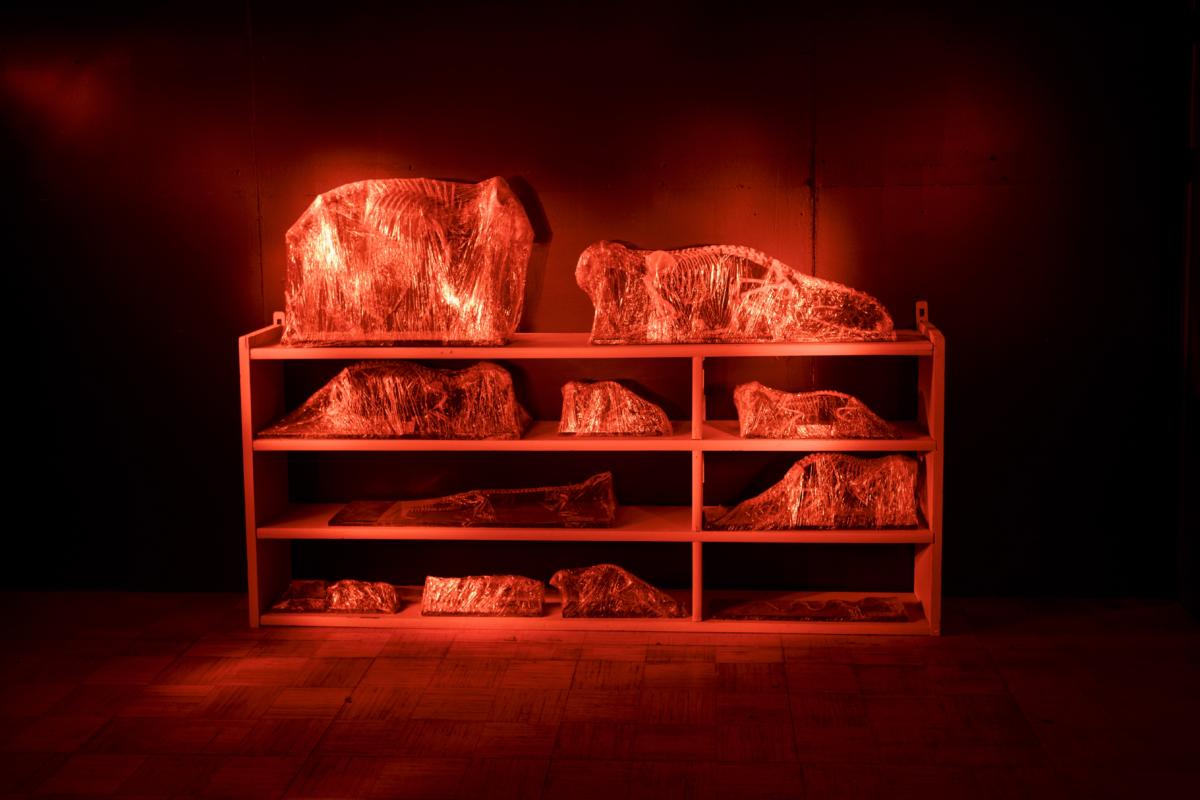 It’s not that hard to make a spectacular piece in public space but it is quite challenging to make it something more than a spectacle. Just outside the former Faculty of Biology, several works are shown side by side but it’s James Beckett’s piece that shines among them. Beckett reconstructs a fragment of the Palace of Popular Diligence – a large exhibition hall built in Amsterdam in the mid-XIX century and burnt in 1929. The artist brings back the ruin itself – a scorched skeleton surrounded by billowing smoke. It’s as much about the history behind the object as the state of today’s status quo, capitalist dream-turned-nightmare in a state of constant collapse. 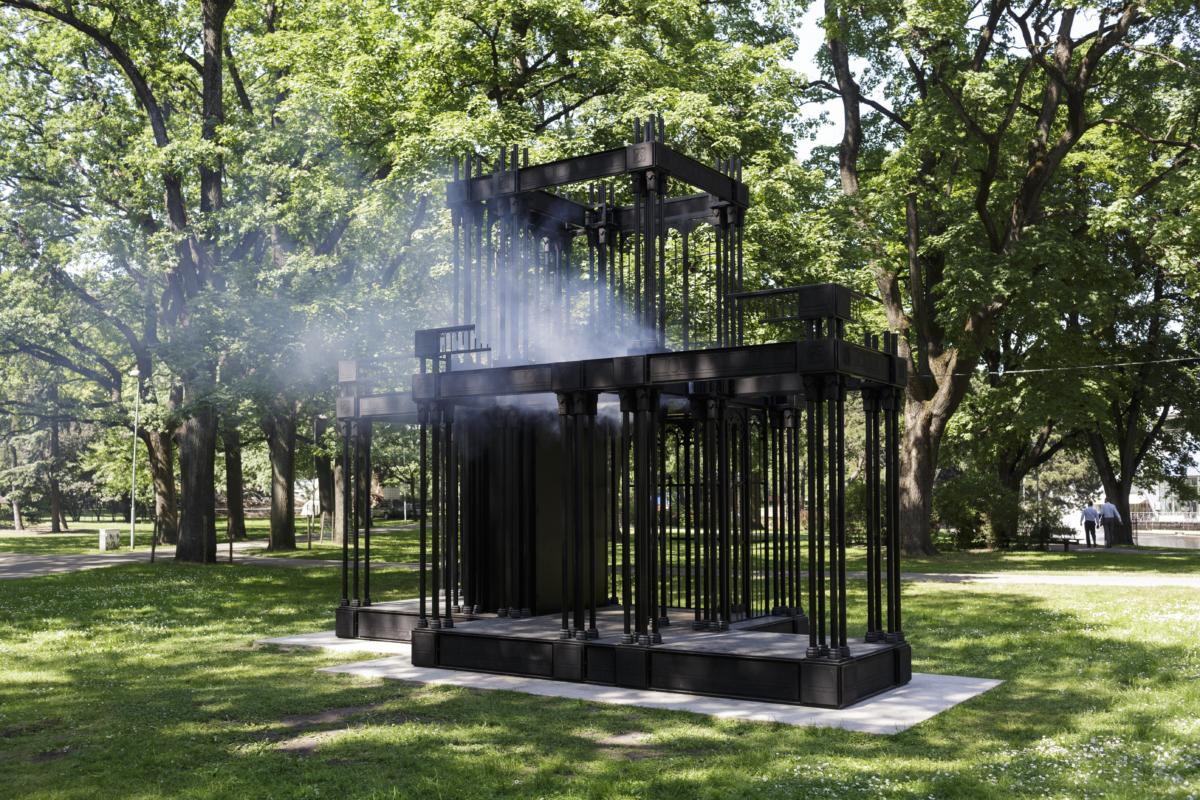 There is a lot of data-based pieces at RIBOCA as well. The one that’s the most memorable is by Italian artist Danilo Correale. Fivehundredfortyeight is pure text, including 548  facts. What’s crucial it this case is their selection and combination. Here it’s done impeccably well, giving the list a poetic feel. It’s a great way to tell a story of our society and global politics using only statistics. How many things will be connected to the internet by 2020? How many of them will be dildos? What’s the price of a gram of cocaine in Honduras and what’s the same price in Kuwait? 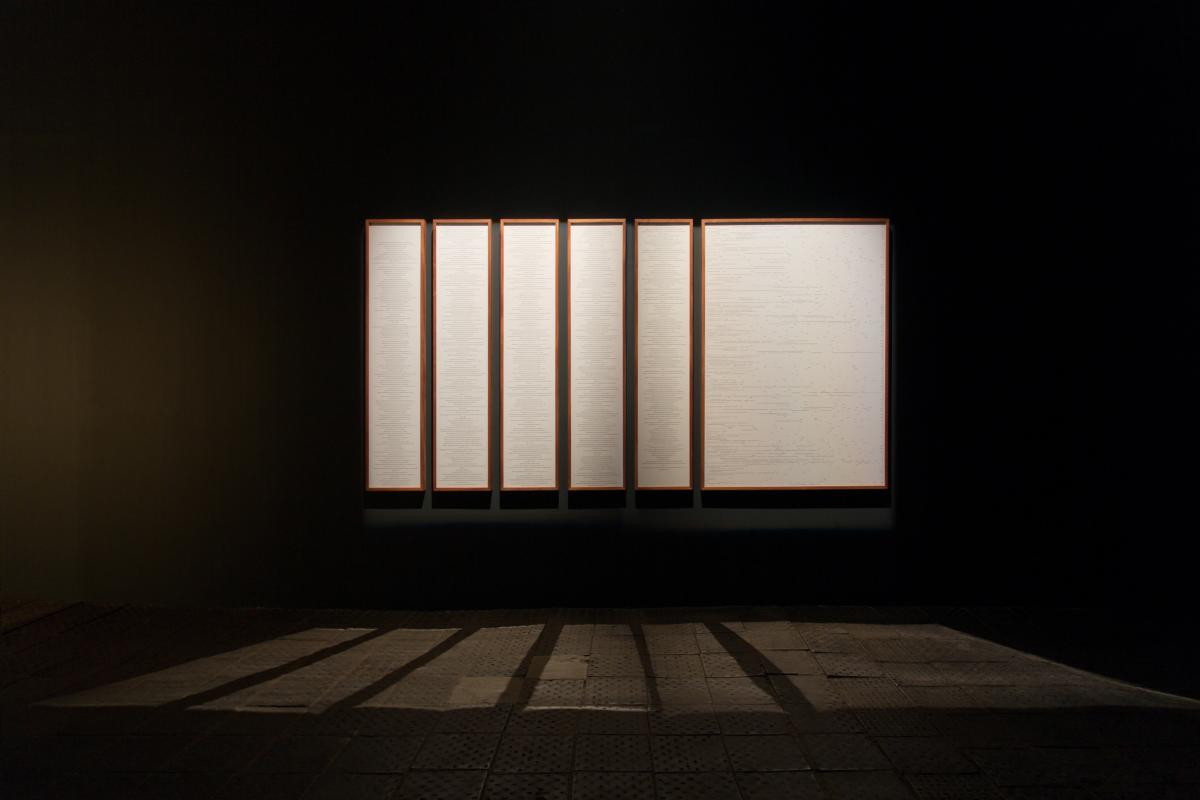 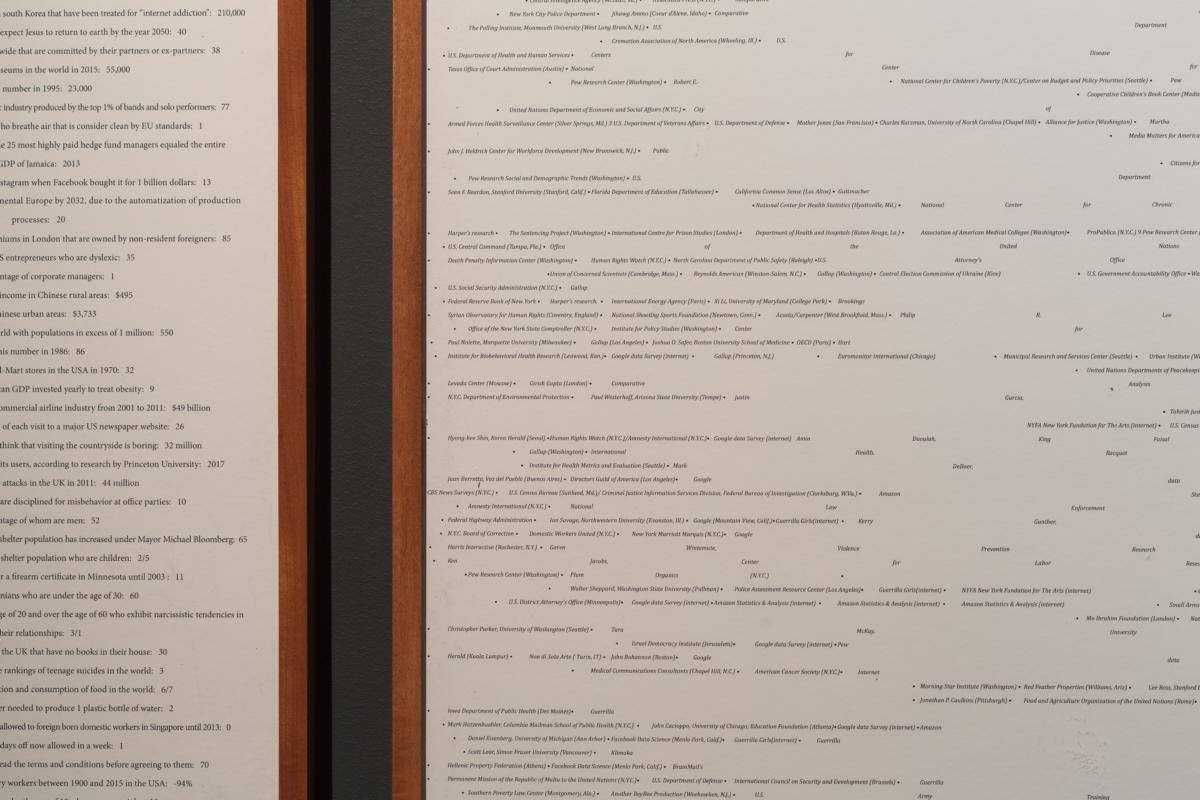 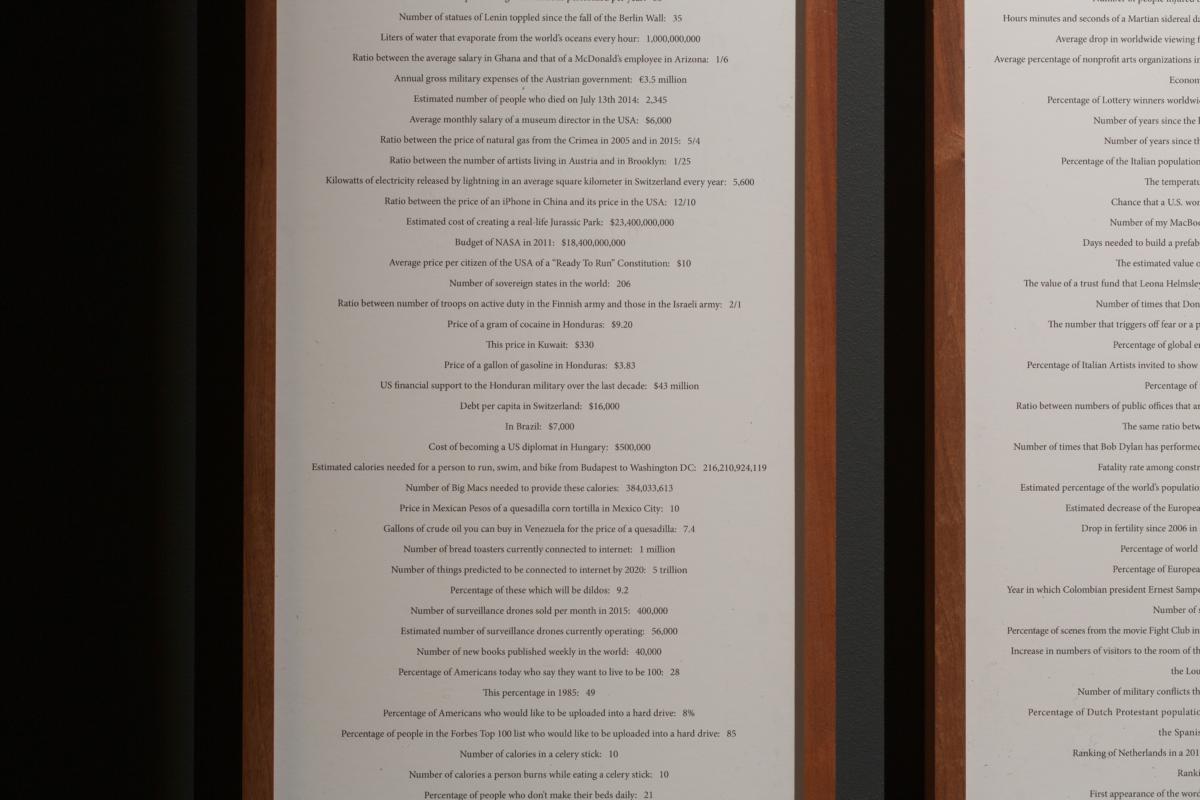 Anne Duk Hee Jordan, Ziggy and the Starfish and Changing Sex in Ecology

Two works by Anne Duk Hee Jordan are exhibited at the most remote venue of the biennial, the modernist train station in Dubulti village near Riga. The story they tell is based on the environmental impact made by a climate change, yet it’s not gloomy and catastrophic in any way. The artist focuses on  changing sexuality of marine creatures some as gender fluid as ocean water itself. Changing Sex in Ecologyand Ziggy and the Starfish, a hypnotizing video set in a f chamber outfitted with a waterbed, both emerge from the artist’s research into these topics. 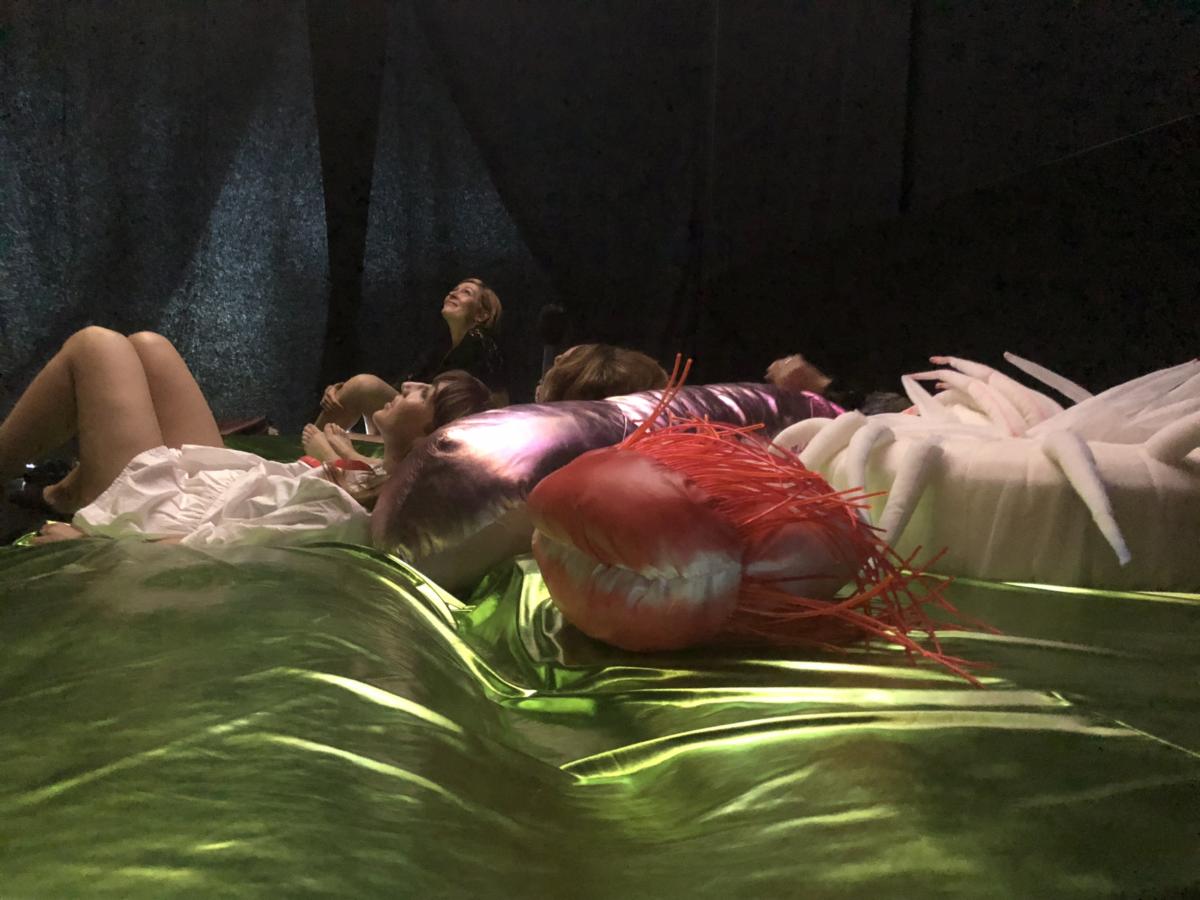 Marge Monko, I Don’t Know You, So I Can’t Love You

Marge Monko is one of only a  few artists using new technologies not just for the sake of technology itself, but to say something important. Her work shown at RIBOCA  is a spatial installation built around two Google Home smart speakers chatting with each other. It deals with big issues–like the meaning of love and humanity–but in a playful, funny and beautiful way. A bit like movies ‘Her’ or ‘Ex Machina’, but Monko shows that you don’t need an hour and a half plotline with a human protagonist to convey these stories. 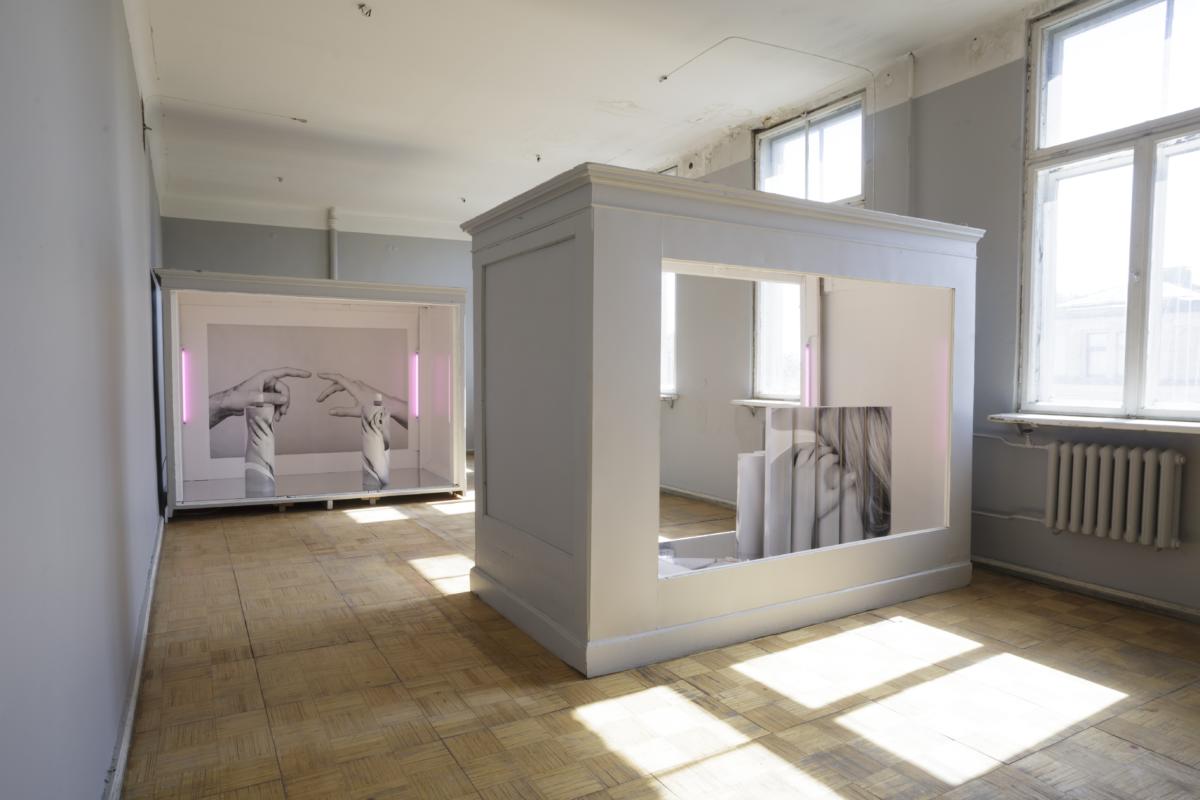 For someone growing up in the 90s, an interior created by Henrike Naumann is breathtaking. The artist, born in Eastern Germany, brings back the time when home interiors in the countries of the former Eastern Bloc were rapidly transformed one after another into faux-luxury almost-western dreams. In Naumann’s work, this dream really seems to come true. The furniture is exaggerated, looking like something from the past and from the future at the same time, a bit like the audacious space era designs from the 60s. And while it’s obviously kitschy, there is also a certain elegance to them. Eurotique is an intelligent story of the political and mental transformation, subtle yet far from judgmental oversimplification. 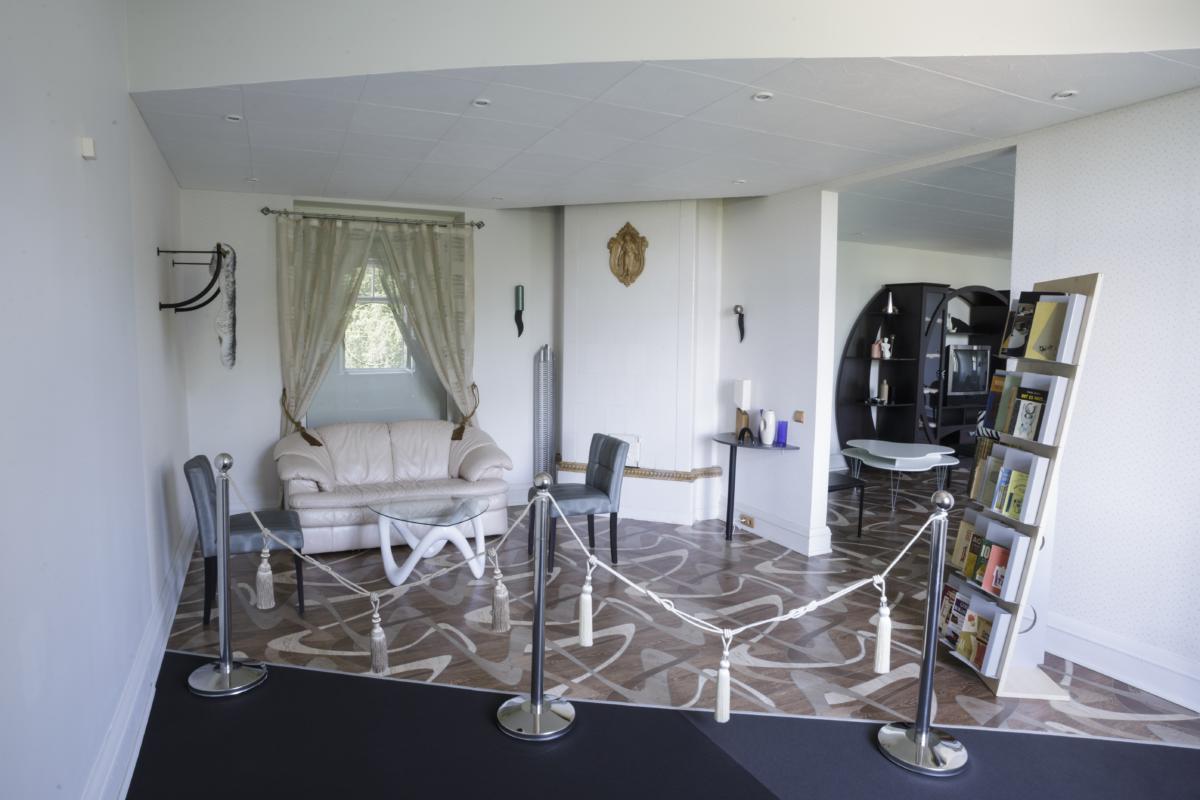