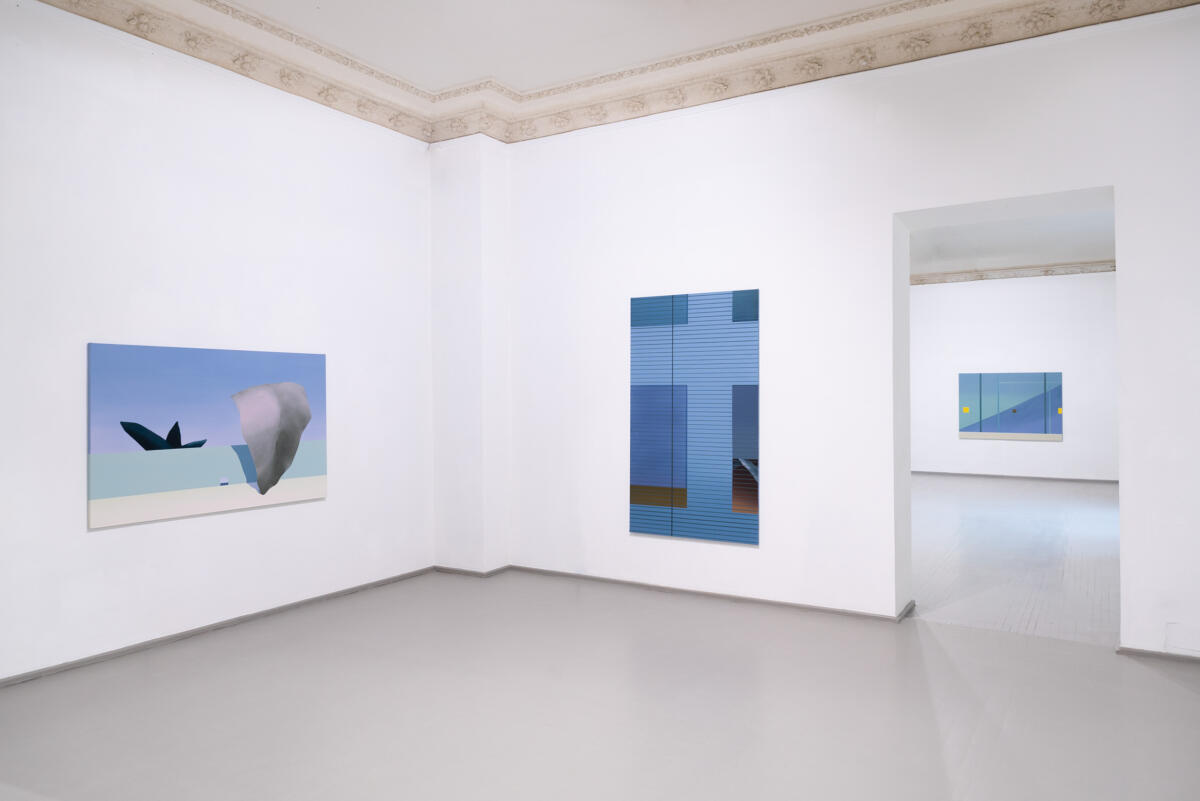 On 29 April 29 Galerija VARTAI welcomes visitors to the opening of the painter Linas Jusionis’s solo show Siesta. The name of the exhibition alludes to the time of day when all formal and meaningful activity is halted, giving way to something passive and of no import, when images dissolve in a state of torpor – images that can be seen in the artist’s new paintings. At the same time, this exhibition is also a gently ironic response to the everyday routine altered by the pandemic.

“Colour, time and space are three friends who meet in Linas Jusionis’s paintings. Punctual rendezvous at the foot of the horizon usually end in intimacy but without jealousy. Compliments are expressed in images; they rest and watch how the images eventually evaporate in the heat. Slowly, as if drowsing, and having found one another with their fingertips, they quietly wait for a glance. For that alien touch, connecting two worlds.

Colour does not usually keep to its word and arrives in advance of the others. There is more of it, it overflows the edges, but what is it really like? The black of coal, the white of bone, the yellow of sunflowers, the purple of lilacs, the blue of water. If only everything were that simple… Its clothes lie neatly fold on fold like French almond meringues in a box. Eaten by the eyes, they open up in vibrant buds of tastes. It is sweet only on the tip of the tongue, where it seems something has been left unsaid. In a different light it always changes and no matter how hard one tries to bring it into the embrace of one’s gaze, it always slips away, pulling off into the distance. Something forgotten, something close, something precious can be heard in its voice and an unexpected reflection of an image, once seen on the infinite screen of the universe, like sleep from another time lies heavy on the eyelids.

Meanwhile, time prepares a stage for itself and watches it from the wings, occasionally sticking its oar in as it has always done. It is in no hurry to come to any conclusion and allows things to follow their own course. However, it is like a body emerging from a shallow dream, the muscular back of which it immediately begins to massage with its never-tiring hands, surrendering itself to the task and disrupting any plans. Lonely walks along the steppes of the universe with short stops end in the unexpected. It dares to stroke the opening blossoms of the plants found along the way only from left to right, thereby not disturbing their existential rhythms. An echo left over from a gentle movement ripples in the humid air, but all one has to do is to flutter one’s eyelashes and silence will come – as if nothing had ever happened. This moment is the one it likes the best, before which and after which a new frame as of a film always follows.

At the foot of a mountain, in the river delta, space stretches out under a heavy sky, wrapping those two around its small toe like cottonwool. Open, but not frivolous, it wears its ornaments covered up, and guided by curiosity and imagination creates scenarios. But once it gets dark, and through the gaps in the windows, the only thing that will be visible is the edge of the mountain, space will close itself off. One can force one’s way inside it for only a moment, a glance takes the length of a single shadow, but suddenly coming face-to-face with it in a desert or a bath, one has to be prepared to fall into its embrace. Sometimes, alleviating the unfolding situation, it will lay a foundation under one’s feet and allow one to rest on it, but sometimes it will leave one floating in the waters of the boundless universe.

Space, time and colour are lying together in the shade. They speak in gentle caresses, and turn the void into a spectacle, in the center of which a form appears indistinctly from somewhere far away coming in on a wave of supernatural light, a form connecting the three into one. And there is nothing any longer that can separate them. Perhaps only the artist’s paintbrush.” 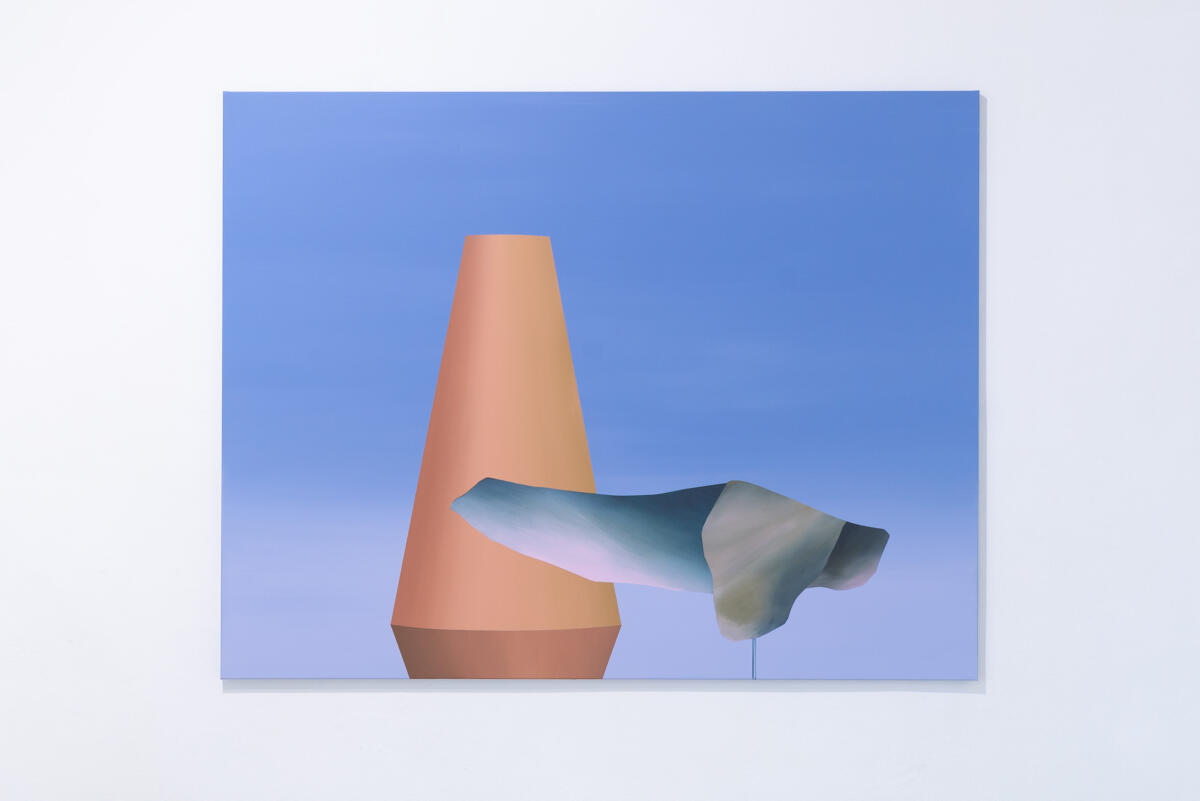 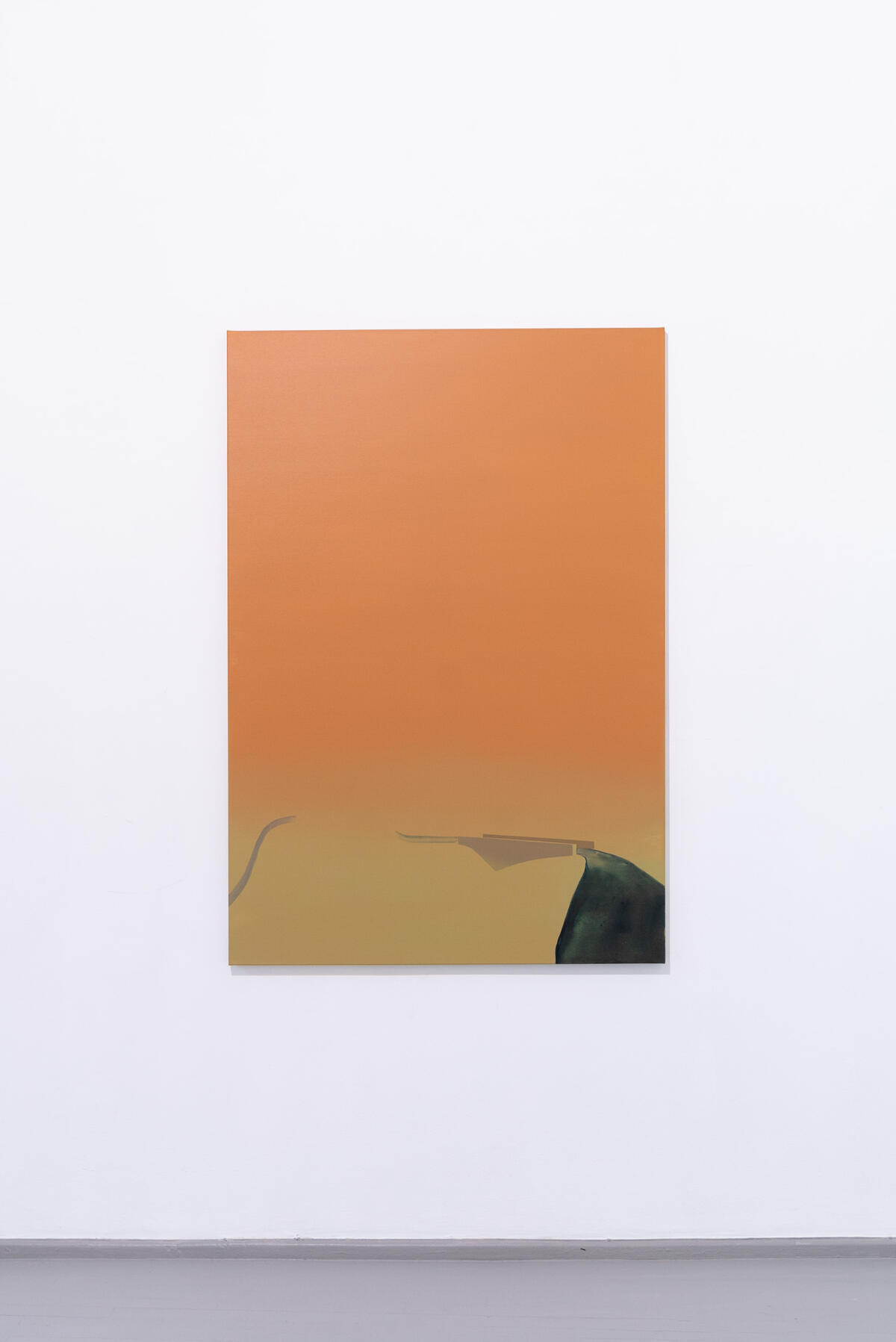 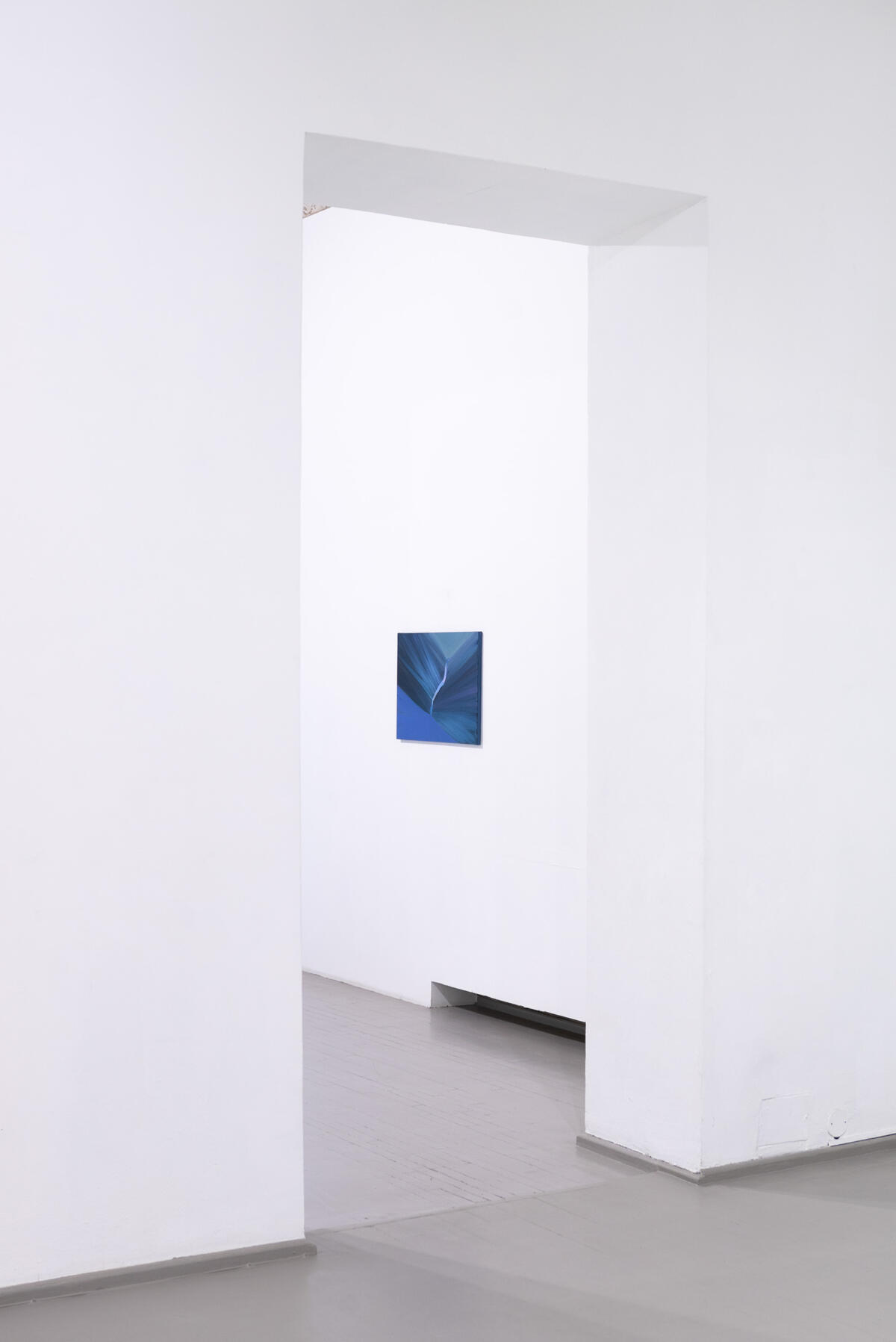 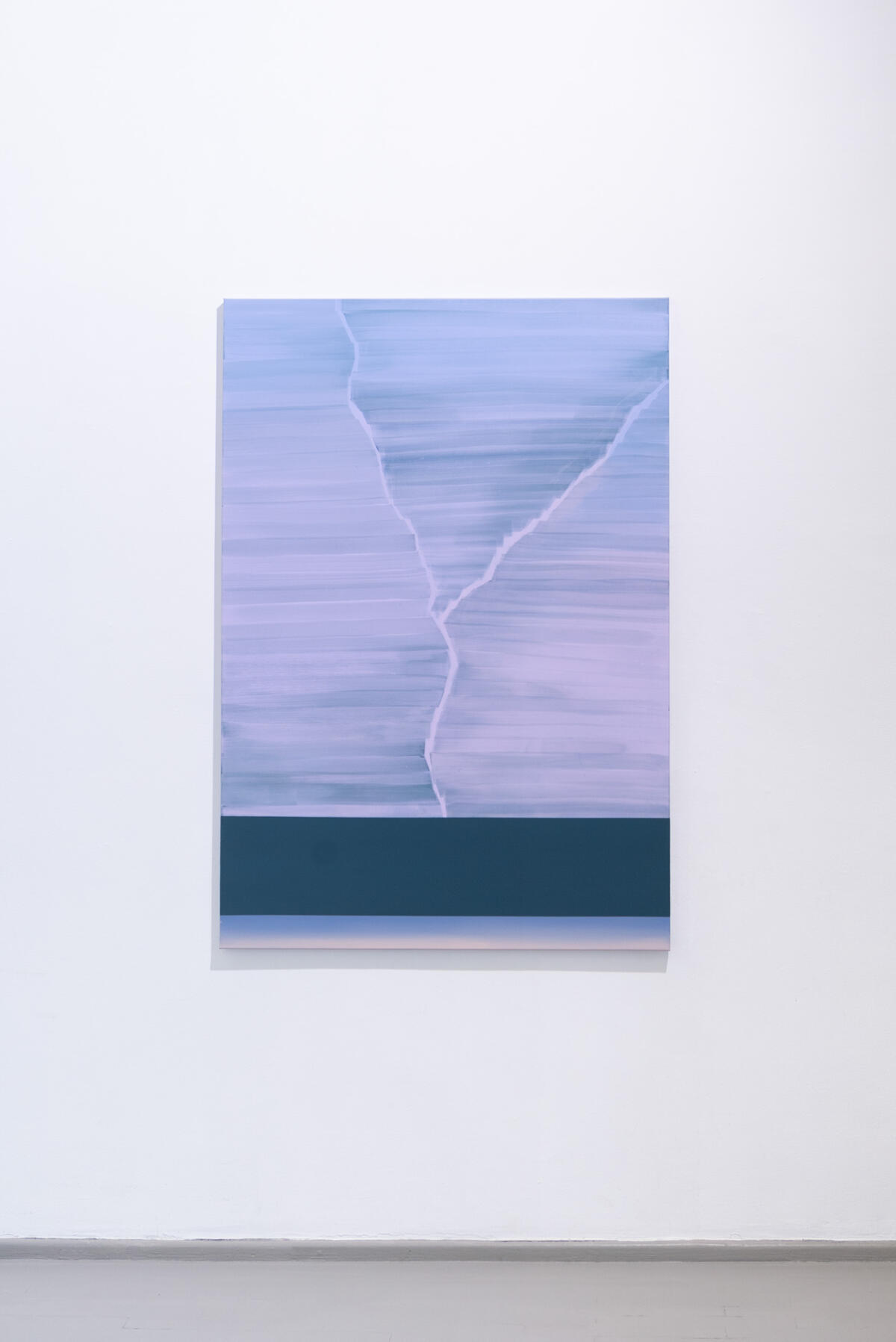 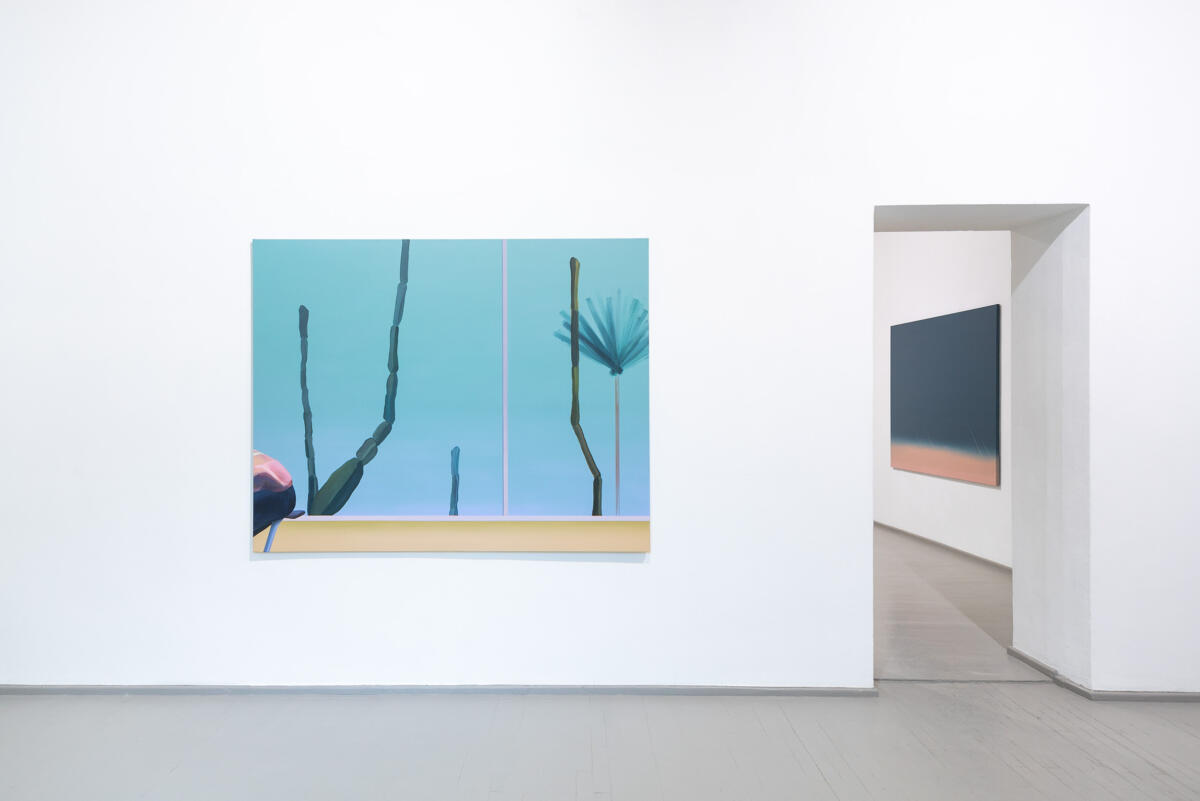 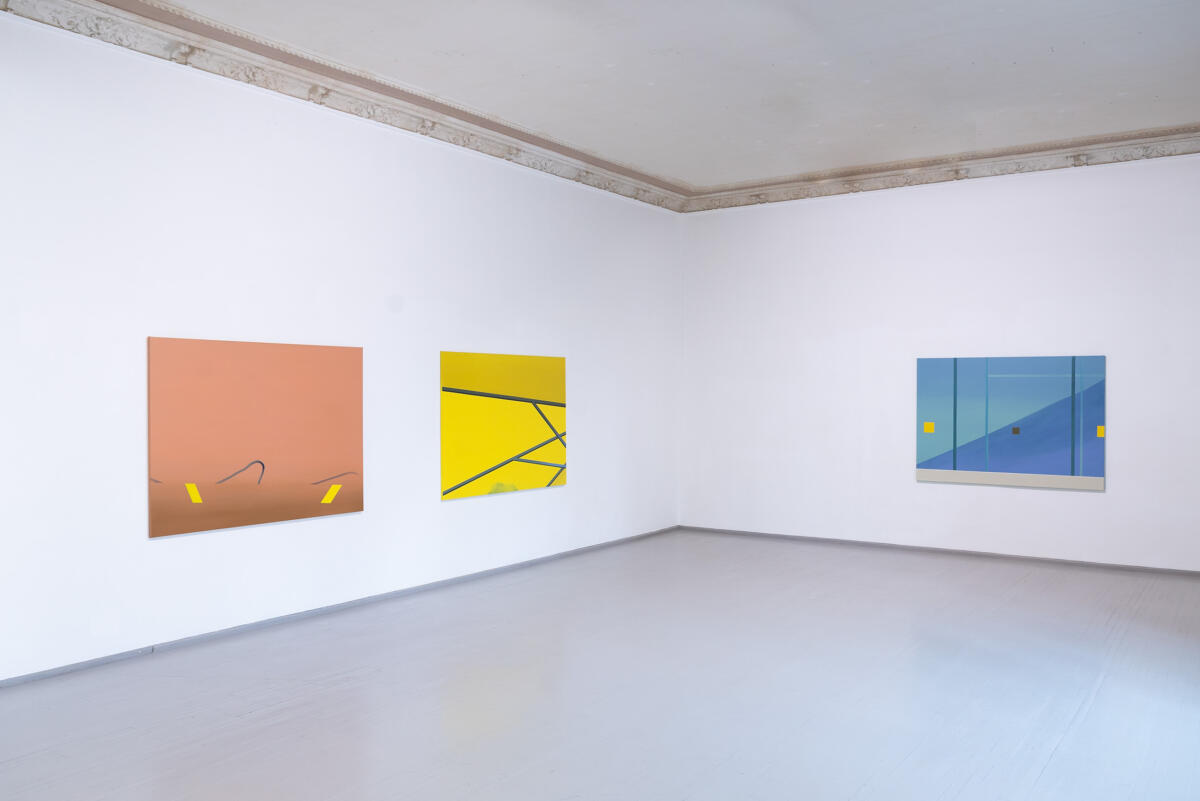 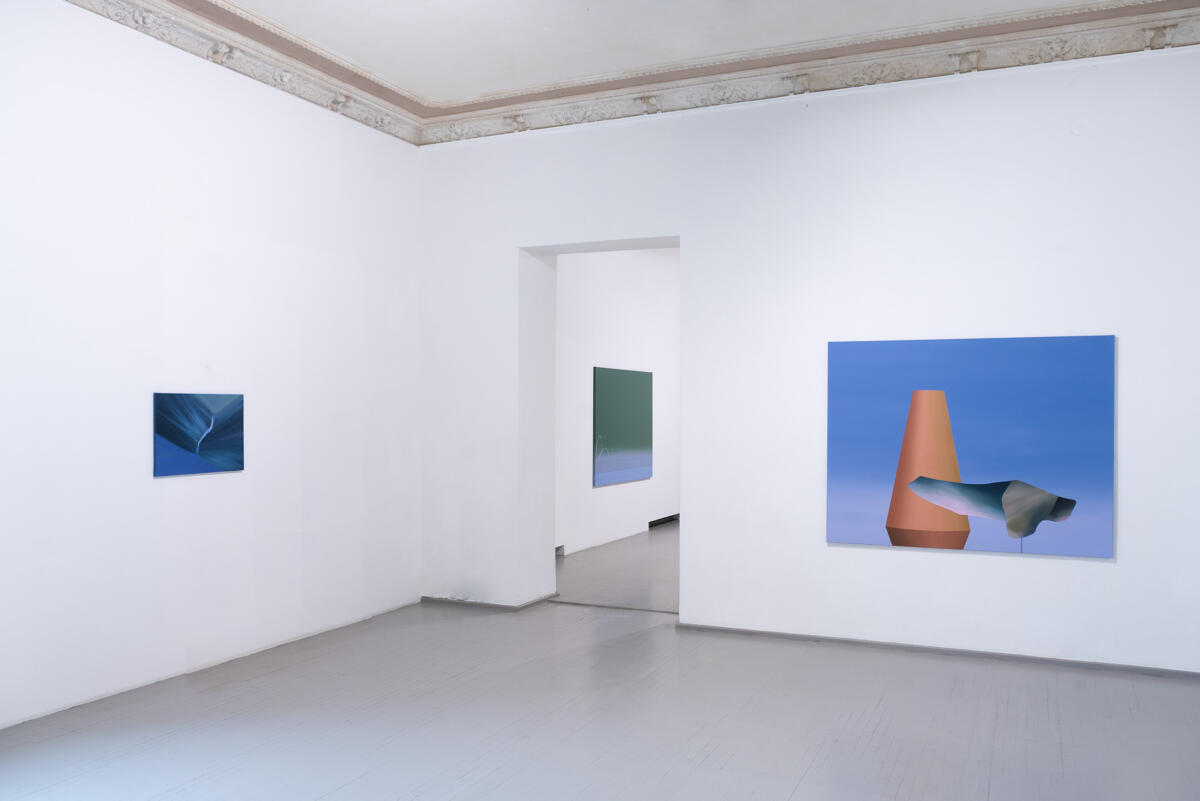 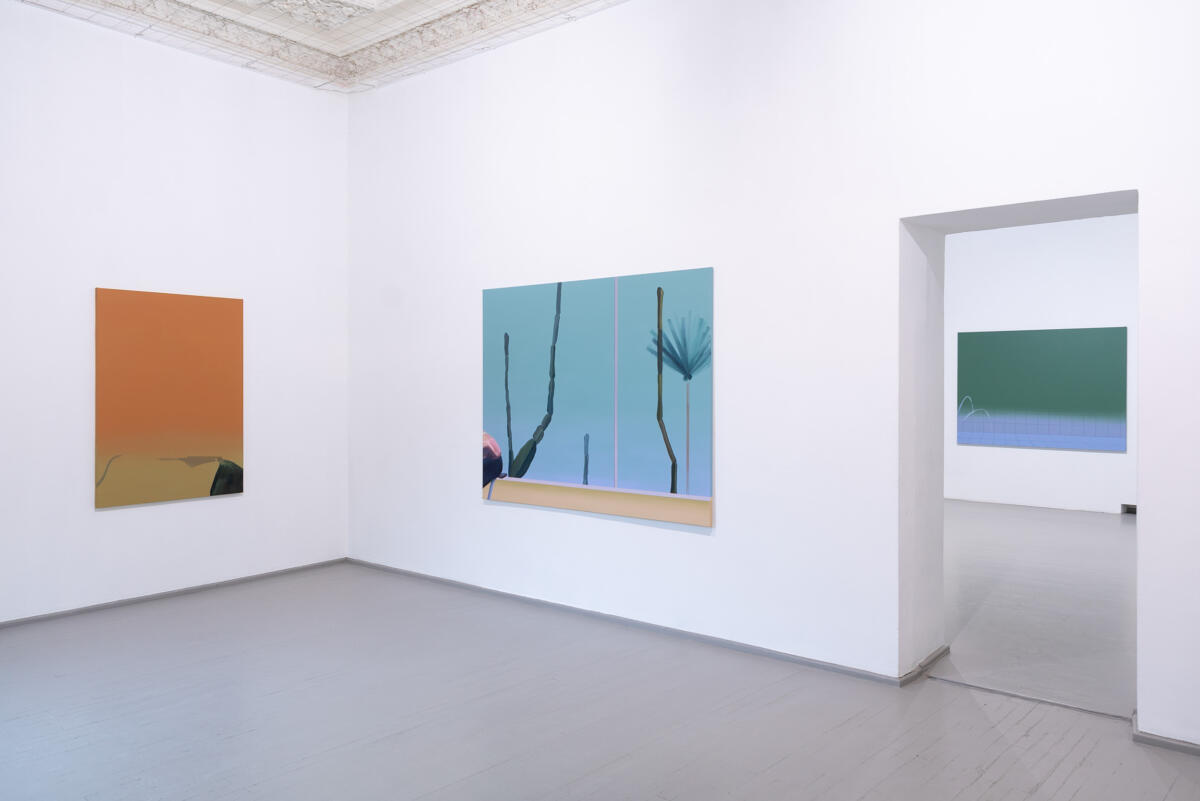 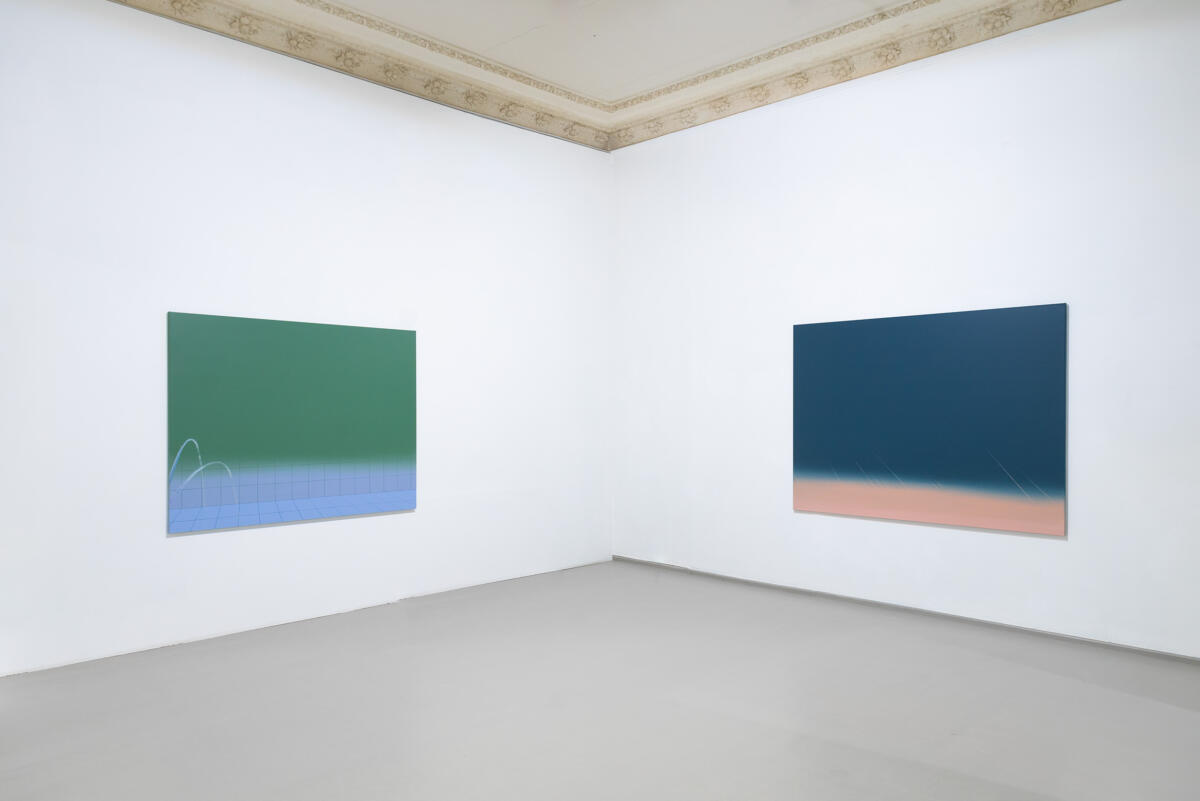 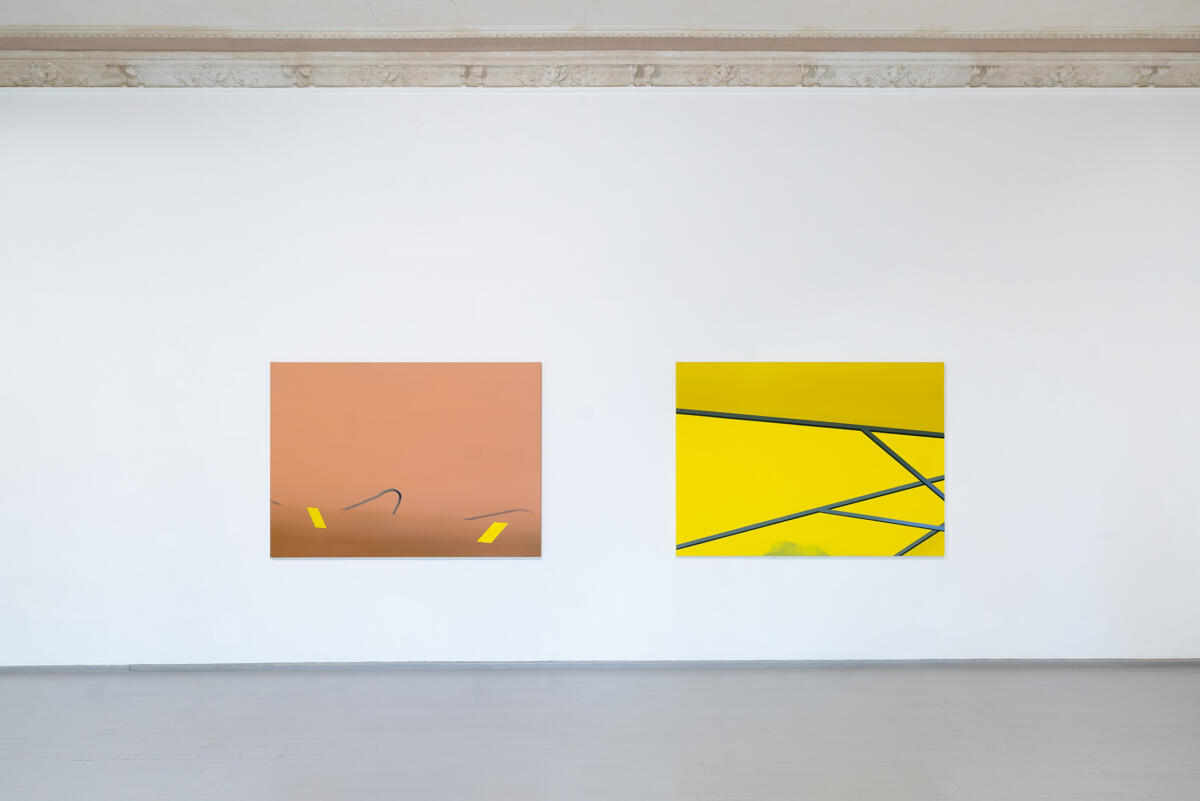