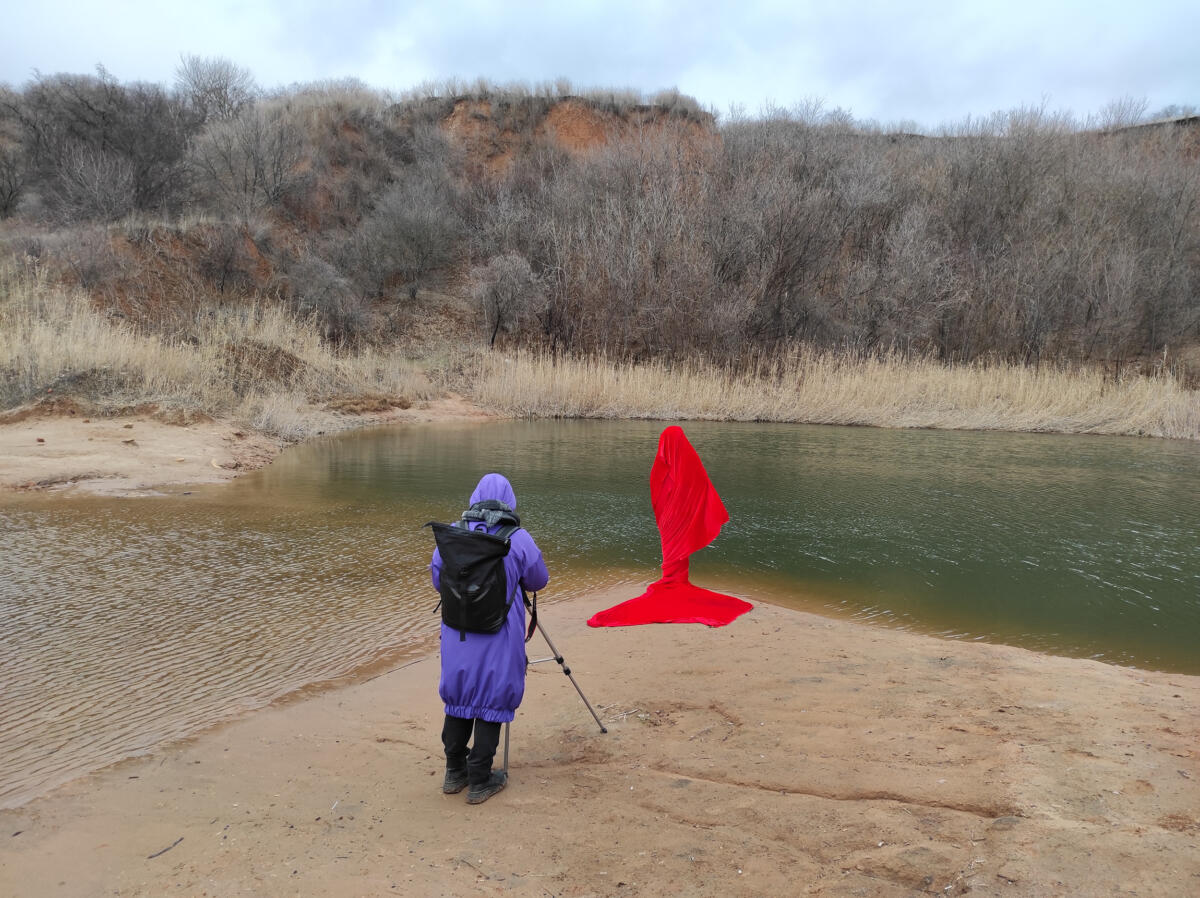 We are all aware that 2020 has been especially cruel to artists around the world. We also realize that this is not the first, nor the last challenge that the artistic communities will have to face – it appears that the year 2021 won’t be any easier. In order to promote mutual collaboration and to emphasise the importance of supporting the arts and the artists during and after the COVID-19 pandemic, we decided to ask art collectors, art supporters and representatives of public and private institutions from the Central – Eastern European region, about their initiatives and elements of their programming aimed at supporting the local art scene. To spread the news on how we can help each other, these responses will be published gradually in an ongoing column at BLOK. We hope that some of the statements and the models presented will encourage our readers to think about new ways of supporting the arts or adapting the existing ones to different contexts.

For the third iteration of our „New Realities” column, we asked Kateryna Filyuk, curator at IZOLYATSIA in Ukraine, to describe their activities. 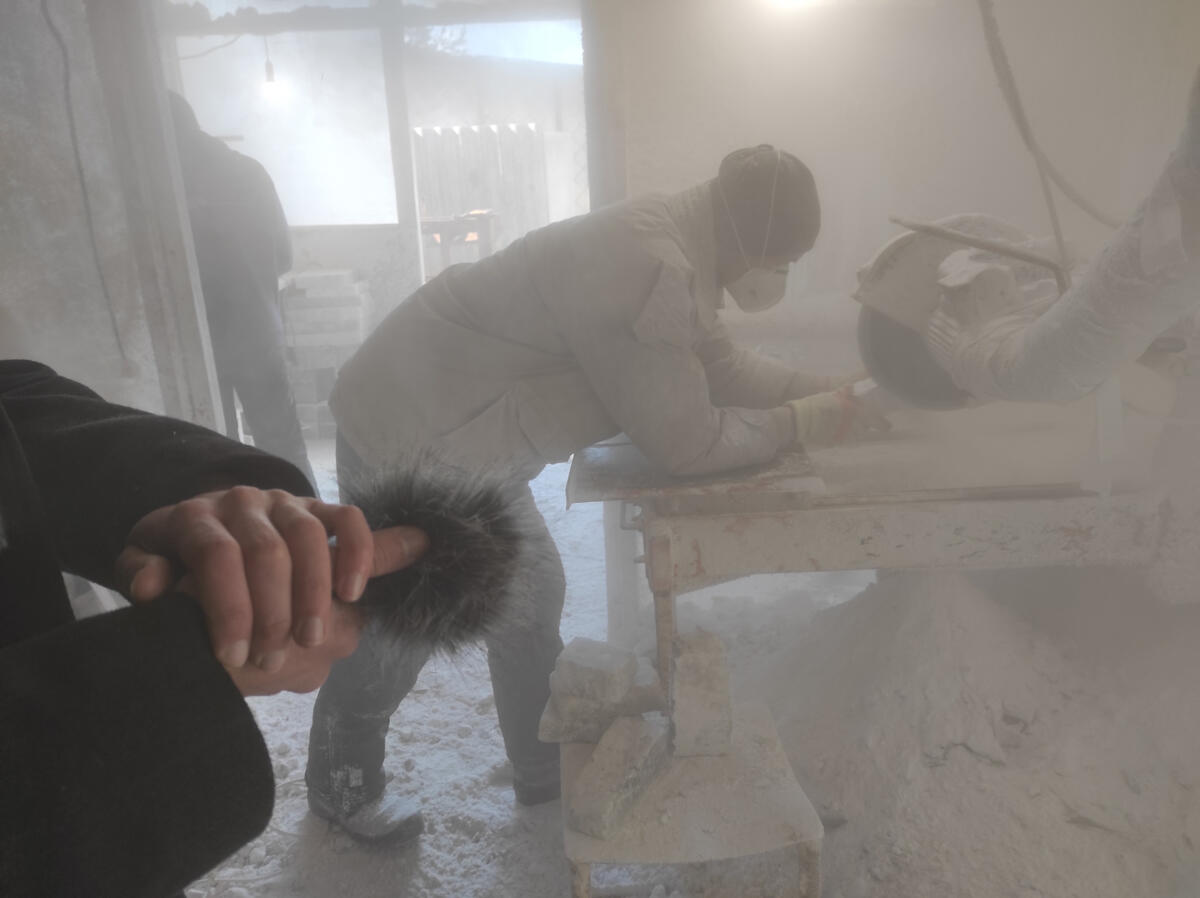 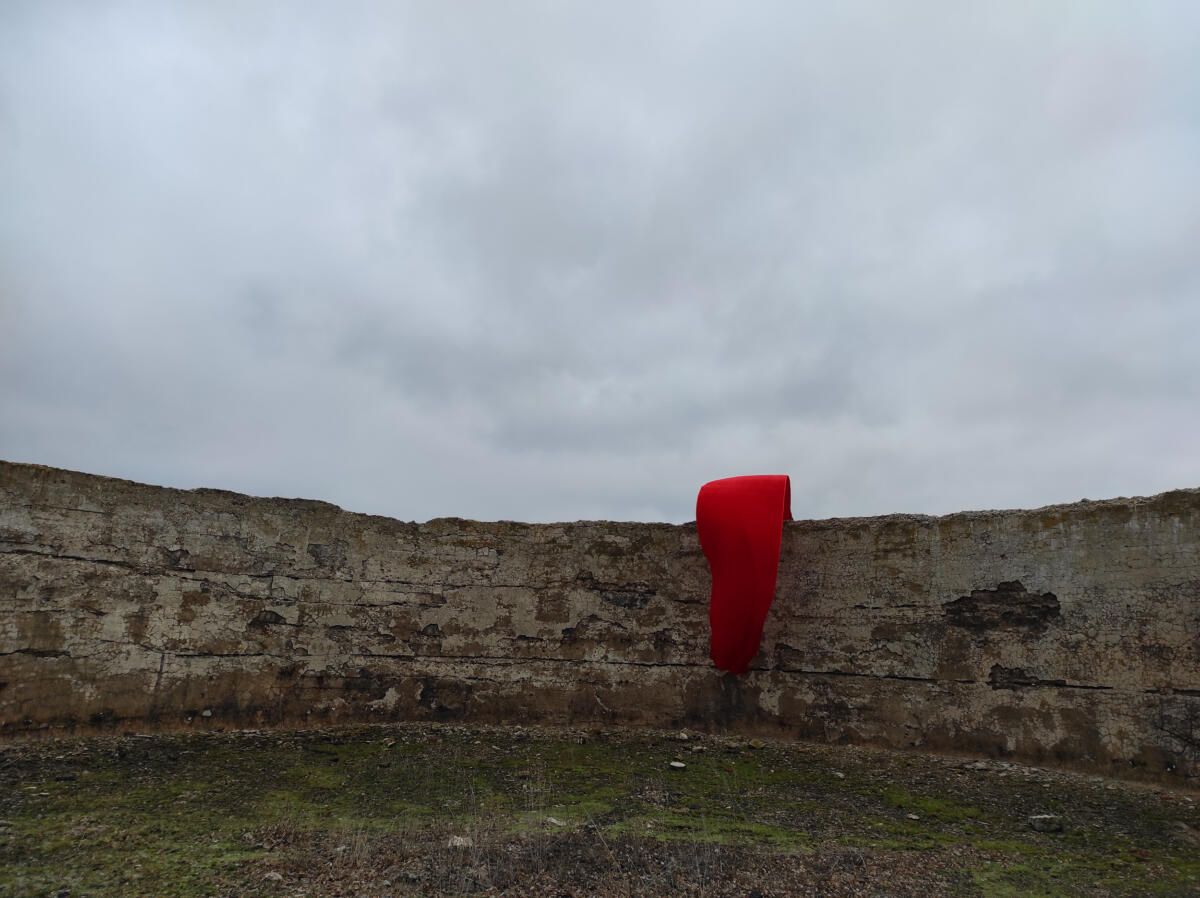 After 10 years of intense and successful work in Ukraine and abroad, 4 of which IZOLYATSIA spent in Donetsk and 6 in Kyiv in exile, the institution decided to move to a small city of Soledar in Donetsk region in order to support its decentralization aspiration and together with local actors build, develop and sustain cultural infrastructure where it’s most needed. This decision had been influenced by the COVID-19 emergency only to a small extent as we started to work on the transition a bit in advance and thus when the crisis hit we were one step ahead.

But first thing first, at the beginning of 2020 IZOLYATSIA has launched a long-term institutional program Zazemlennya (Grounding) referring both to the Anthropocene concept and reactions on it in particular by Bruno Latour, from whom the term has been borrowed, but also to a local situation and IZOLYATSIA’s place in it. Being an art institution in exile, unrooted and nomadic by force, we were constantly pondering over the question So what if the war is over…and we can go back to Donetsk? Unfortunately, it goes on. So, we thought we can get grounded in the Donetsk region, a region that has always been in the center of our attention and work thanks to the Donbas Studies initiative. In a way Soledar bears symbolic meaning for IZOLYATSIA because this is where one of the first big international projects with Chinese artist Cai Guo-Qiang: 1040m Underground originated. The salt mines, geological richness, the history of pre-revolution and Soviet industrialization, economical collapse of the 90-s and modern attempts of post-industrial revitalization are the factors that make otherwise quite ordinary small (around 13 thousand inhabitants) town so compelling. The decision was underpinned by an aspiration for provincionalization. In the Ukrainian context, where much of the cultural resources, institutions and art professionals orbiting in Kyiv, in the regions, art institutions are scarce and rather marginal, IZOLYATSIA wanted to become pronouncedly provincial in order to address local urgencies and make a difference. It took us almost a year to conduct a preliminarily study of the local situation – interests, actors, town-forming enterprise, cultural facilities or rather lack of them. Consequently, further IZOLYATSIA’s operation responds to the needs that became apparent during the research. 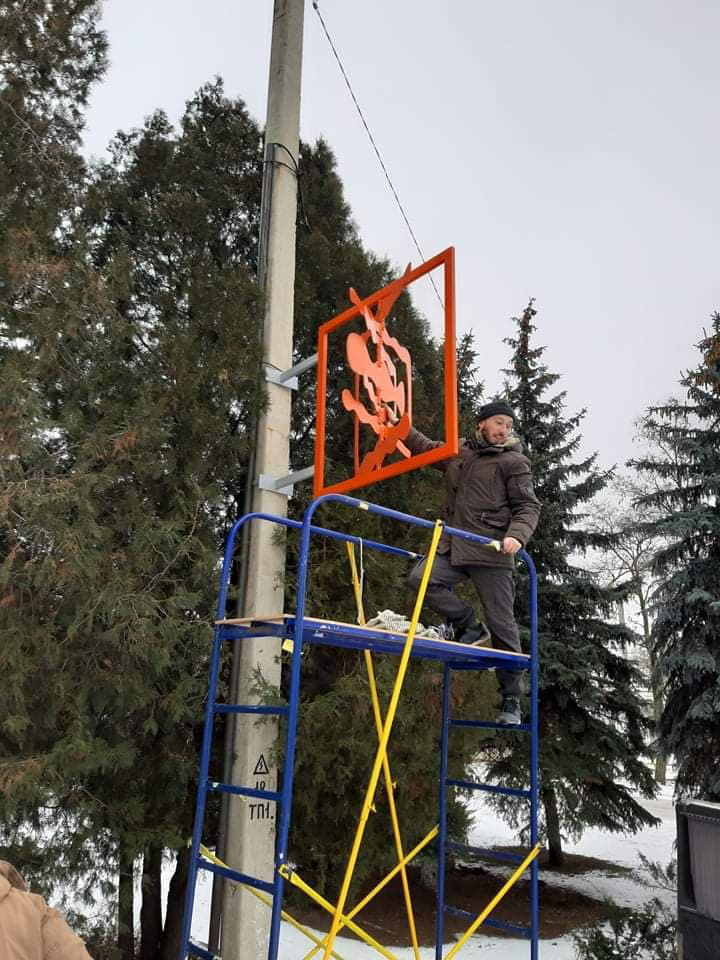 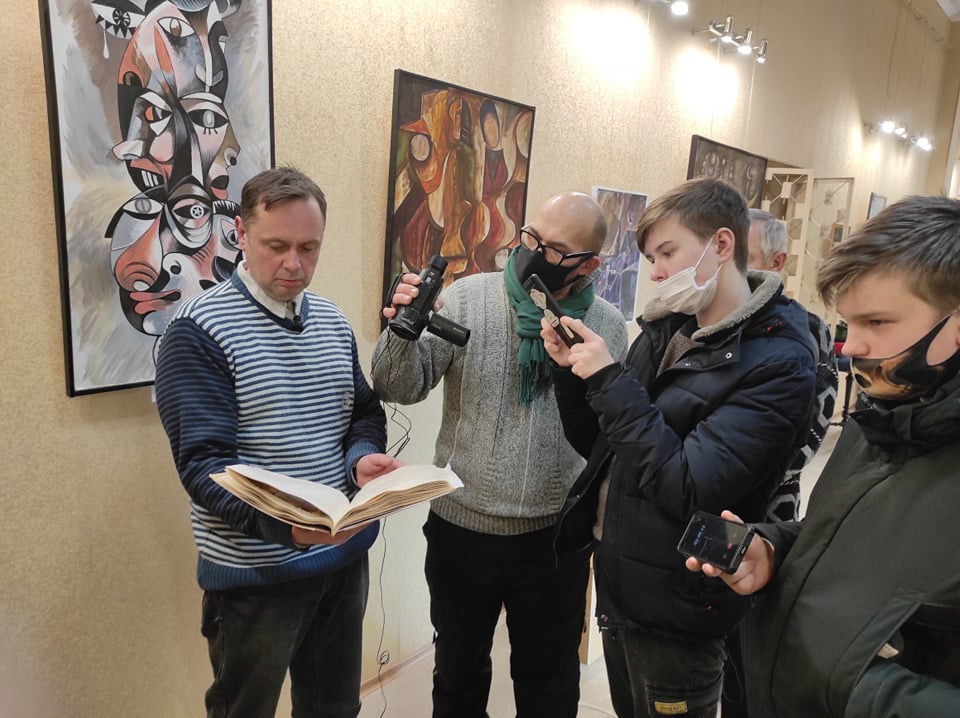 With this long prelude, I’d finally go to the supporting structure question. In December last year IZOLYATSIA has launched a short-term domestic residency program in Soledar. Aimed at the artists from all over the country one-week residency program with a small fee and production budget and substantial assistance on site has started a month ago and has already hosted 3 artists from 19 planned. In times when an international mobility became almost impossible, we have discovered from the applications that we’ve received that a major part of Ukrainian artists has never been in the Donetsk region and thus eager to discover it. In the long run we believe it will foster change and create a network that circumvents Kyiv and strengthens connection between regions. As well as demonstrate locals an alternative to industrial labor and offer to rethink industrial heritage and create conditions for the development of tourist infrastructure and attractions through culture. Whereas now it offers artists often locked up in their studios due to the pandemic an opportunity for a domestic travel, new provocative context and an opportunity to create a new work.

One of the works that has been created recently by the resident Nazariy Zanoz is the sound walk Briny Steppes, a short audio journey around locations important to Soledar salt. This  audio tour helps to get a feel for the current atmosphere of the places involved in the salt industry, as well as attempting to reveal the importance of the brine pipeline that no longer exists today. The recalled 38-kilometer brine pipeline named the New Carthage was built in the early 20th century and destroyed in 2012. It supplied a concentrated solution of salt and water from Soledar to the Lysychansk enterprise Donsoda and back then was the longest and the most modern construct of that kind in Europe. According to the artist the brine pipeline, which adds zest, is an unusual myth, which is something every decent city should have. 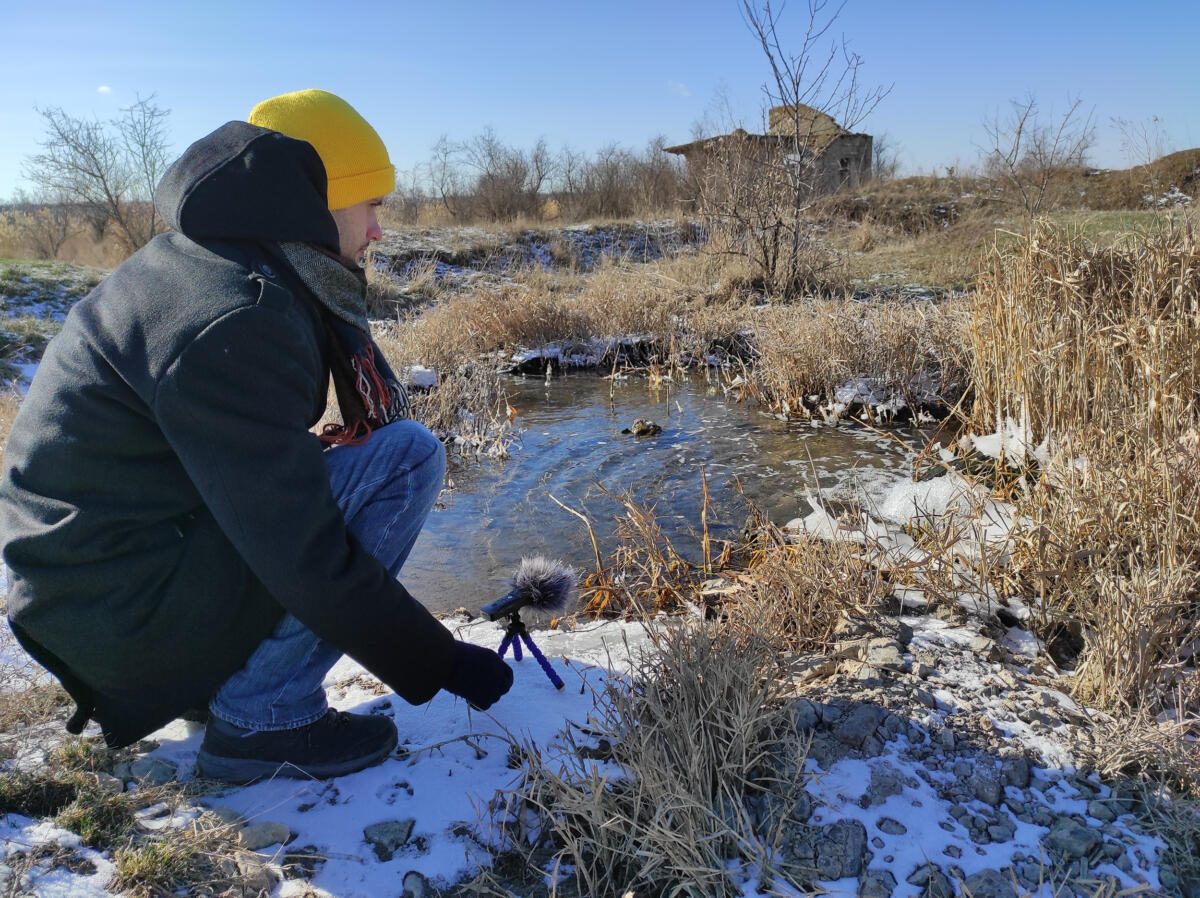 IZOLYATSIA aims to effect systemic change in Ukrainian society through the agency of cultural projects. The foundation is developing an institutional environment, which promotes networking between cultural agents and creates the necessary conditions for the emergence of new players. IZOLYATSIA orientates its activity toward the new Ukrainian generation that is involved in the creative and cultural sectors.

IZOLYATSIA is a platform for research, discussion, and the presentation of substantiated socio-political problems at differing scales of the local and global context. Through artistic practice, the foundation aims to change public opinion on politically sensitive themes and marginalised communities. IZOLYATSIA realises projects that lie on the boundary between modern art and civil society, and works in the following areas: research, site-specific projects, exhibitions, and residencies.