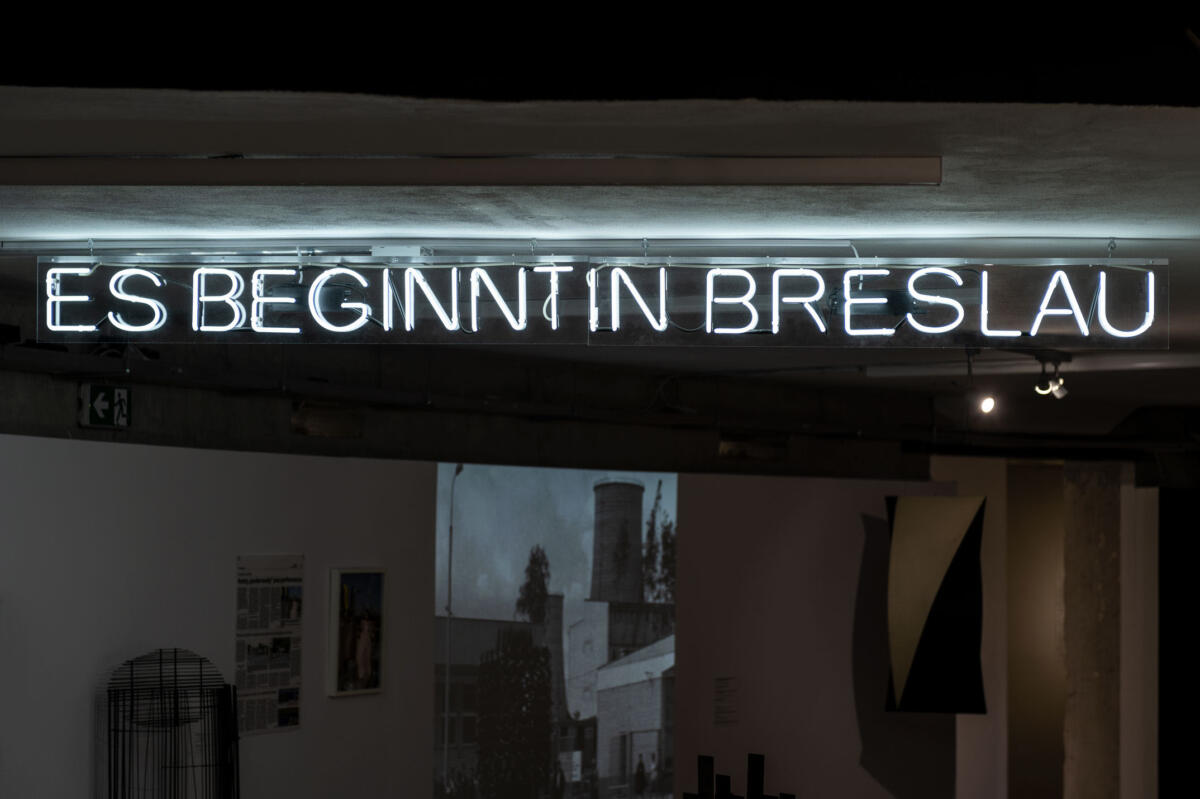 One of the most highly-anticipated and best publicly funded exhibitions of 2020, New Normativity is a reflection on the 50 year anniversary of the 1970 Wrocław Symposium. New Normativity highlights the importance of this symposium on the history of not only contemporary Polish art but also attempts to make a case for significance beyond the borders of Eastern Europe. As the first post-lockdown exhibition presented by the Wrocław Contemporary Museum (MWW), it is also the first presented by curator and now acting-director Piotr Lisowski, who assumed this new role in January following the unexpected passing of the MWW’s former director, Andrzej Jarosz. The following text is co-conceptualized by Adam Mazur and Katie Zazenski with excerpts from the curatorial text in quotations. This is the first collaboration.

“The exhibition entitled New Normativity. Wrocław ’70 Visual Arts Symposiumis dedicated to one of the most important artistic events in Polish art history of the second half of the 20th century.”

The title, New Normativity, requires some scrutiny. Normativity, or normalization, could be a reference to the surreal state of pandemics, plutocracies, fake news and conspiracy theories from which we have become increasingly desensitized. But, as Lisowski asserts with almost simultaneous affirmation and uncertainty, it can also be read with the symposium as the emergence of the contemporary ubiquity of conceptualism.

“The meeting of artists, critics and art theorists held in Wrocław 50 years ago under the name The Wrocław ’70 Visual Arts Symposiumbecame a landmark event in many respects, which directed the various new ways of thinking about art in the 1960s towards a new quality. The meeting itself was part of a popular trend of organising open-air festivals and symposia that turned out to be crucial for the collective experience of the Polish neo-avant-garde in the late 1960s and 1970s. The Symposium, which has since acquired various interpretations and myths, remains an important point of reference for contemporary artistic discourse.”

“The Symposium, which has since acquired various interpretations and myths, remains an important point of reference for contemporary artistic discourse.”

Always an interesting notion, the mythology of the art world is often what keeps it in a position of power. Lisowski attempts to demystify the Symposium through historical objects and documents, creating a logistical frame from which to center the works of art. In preparation for the symposium in 1970, artists were introduced to films and texts purporting a specific, designed narrative for the city which at the time was still very much a young organism itself in the process of becoming defined, emerging from the remains of a brutal and total WWII occupation. These archival elements are counterbalanced by contemporary works, some of which implicate the mythology while others have more direct reference to specific works or practices. Inside, the exhibition space is dense with work and information, echoing the architecture of the space which also cannot be avoided; it’s a bunker, a place for holding and preserving. 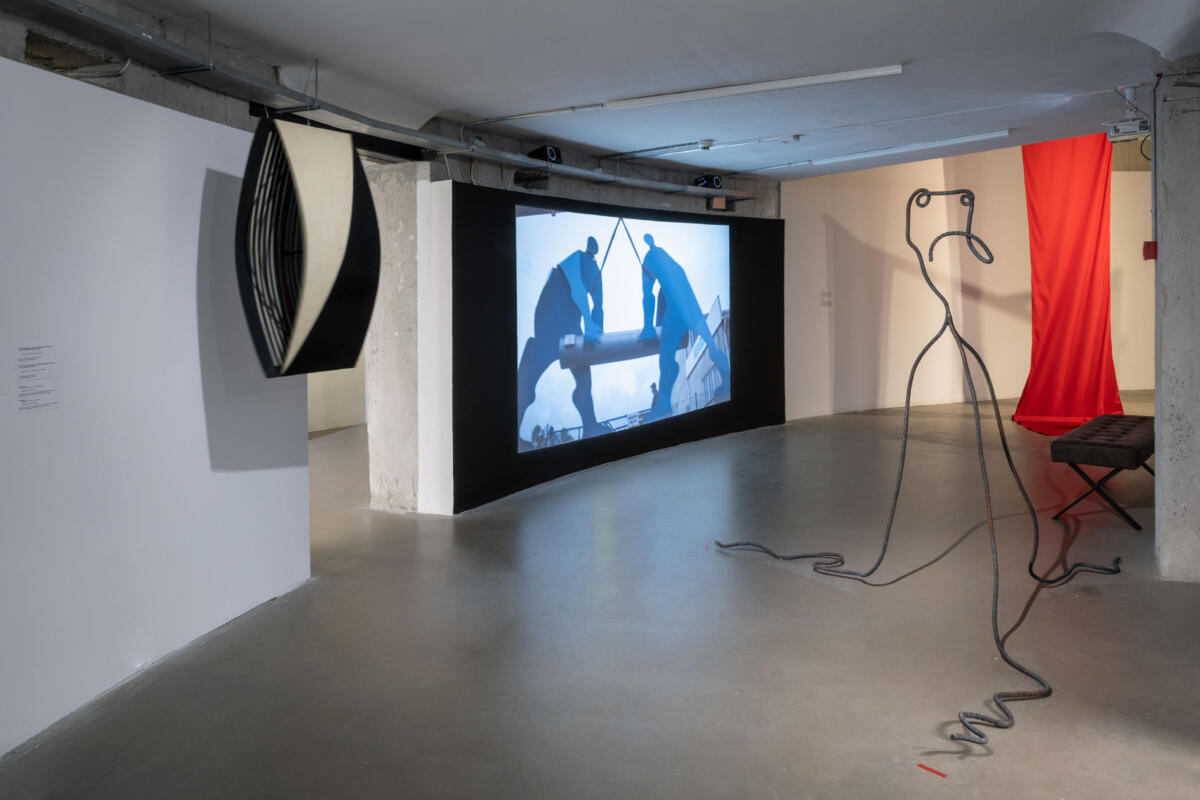 From the left: Jan Ziemski, "Spatial Composition 'ZOD – Optical Device'", 1966, plywood, tempera, 100 x 30 cm, work created during the 1st Symposium of Visual Artists and Scientists "Art in a Changing World" in Puławy, collection of the Museum of Architecture in Wrocław. Artur Żmijewski, "Sculpture Plein-air Świecie 2009", 2009, documentary, 22′, courtesy of the artist and the Foksal Gallery Foundation. Kasper Lecnim, "I’m Not As Happy As I Used To Be", 2020, sculpture, steel, height 190 cm, courtesy of the artist 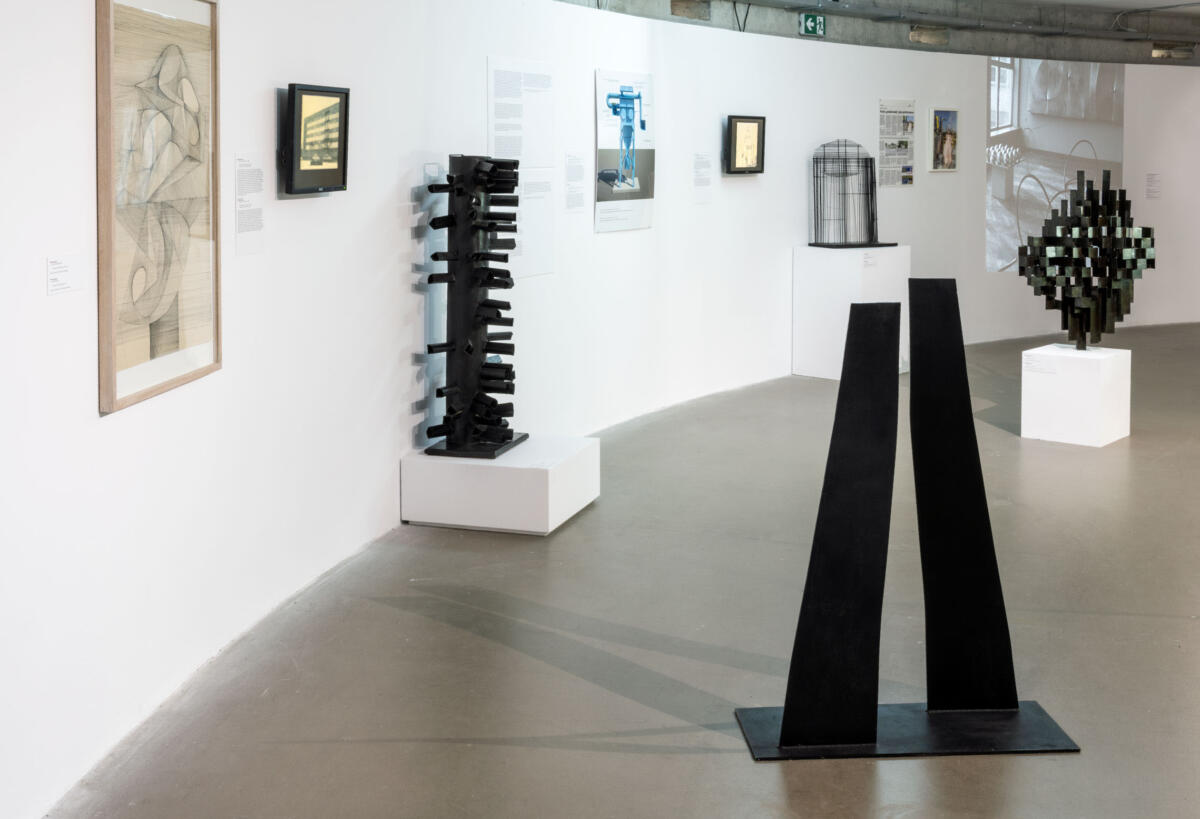 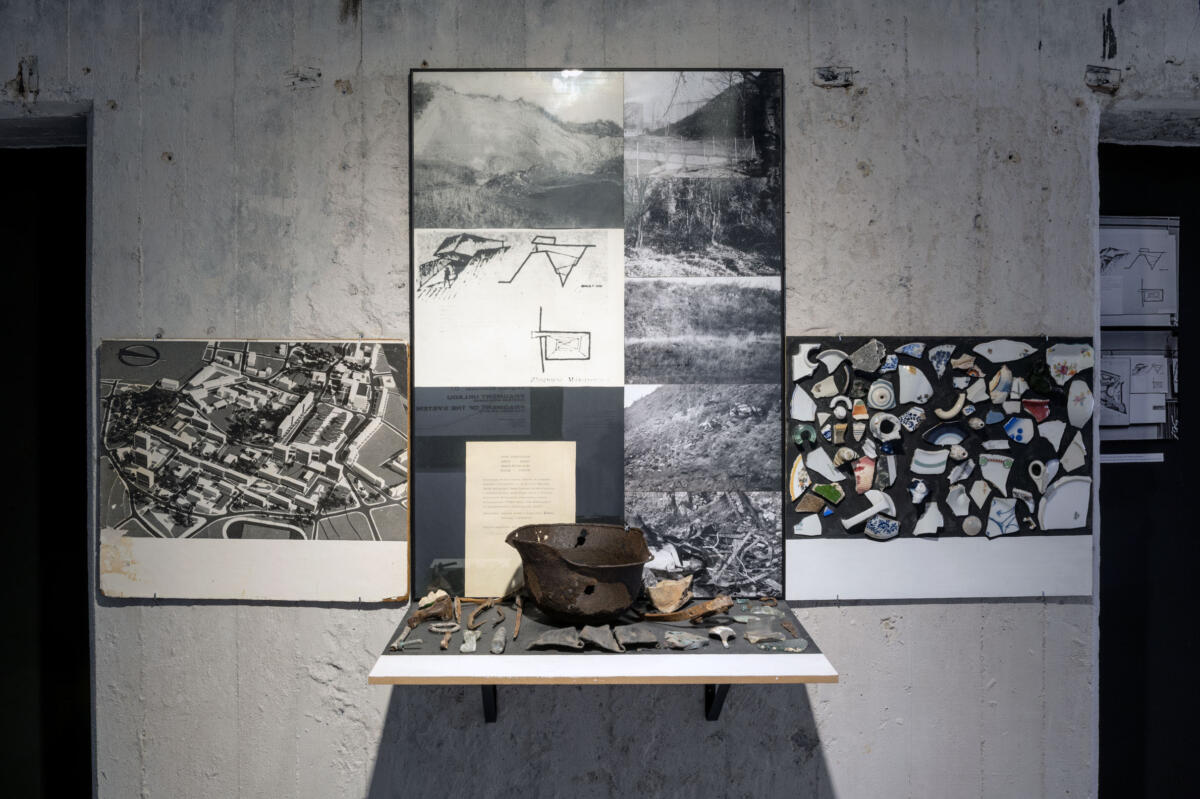 “The exhibition is an attempt at curatorial intervention in the history of the Symposium, situated within a field of research and presentations conducted by Wrocław Contemporary Museum regarding the heritage of neo-avant-garde thought. On the one hand, it is important to show source materials in order to systematise the course and results of the meeting. They have been scattered from the beginning and today they survive mainly as photographic documentation, sketches and concept descriptions. On the other hand, a key purpose of the exhibition is to enter into a dialogue with what happened in 1970, going beyond a purely historical perspective.”

The narrative of the Symposium is told through the archive of Jerzy Ludwiński, which Lisowski has worked closely with for years.

New Normativity is at the core of the city-wide semicentennial celebration which includes artist interviews, locals reflecting on the symposium, off-projects, experimental projects, etc, which all serve to supplement and exist in proximity to this exhibition. The museum contributes the exhibition and a series of workshops, performances, tours, and discussions, in an effort “to create a space for confrontation and debate.” But, is any of this really a new normal or rather a new telling of the same story? Our (not so new) normal is the lecture, the discussion, the workshop, the art walk. I wonder about the missed opportunity for new artistic interventions on the scale of the original works of the Symposium. 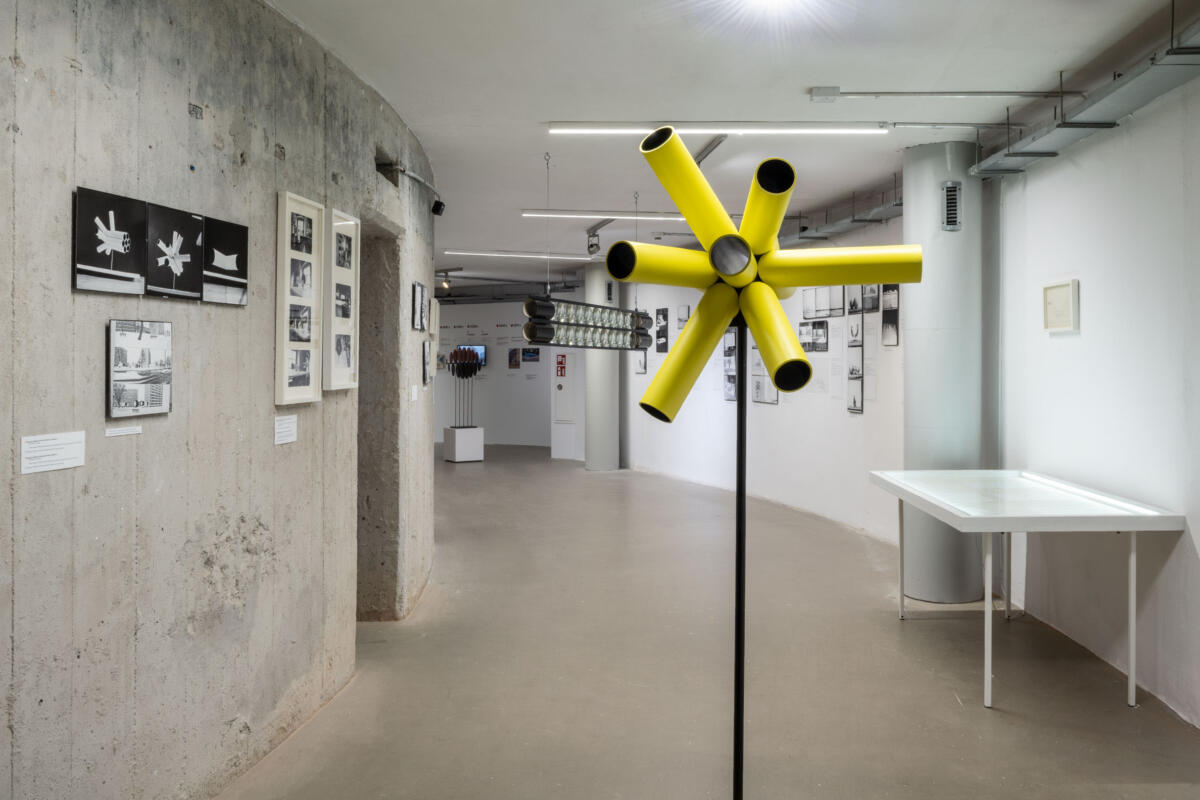 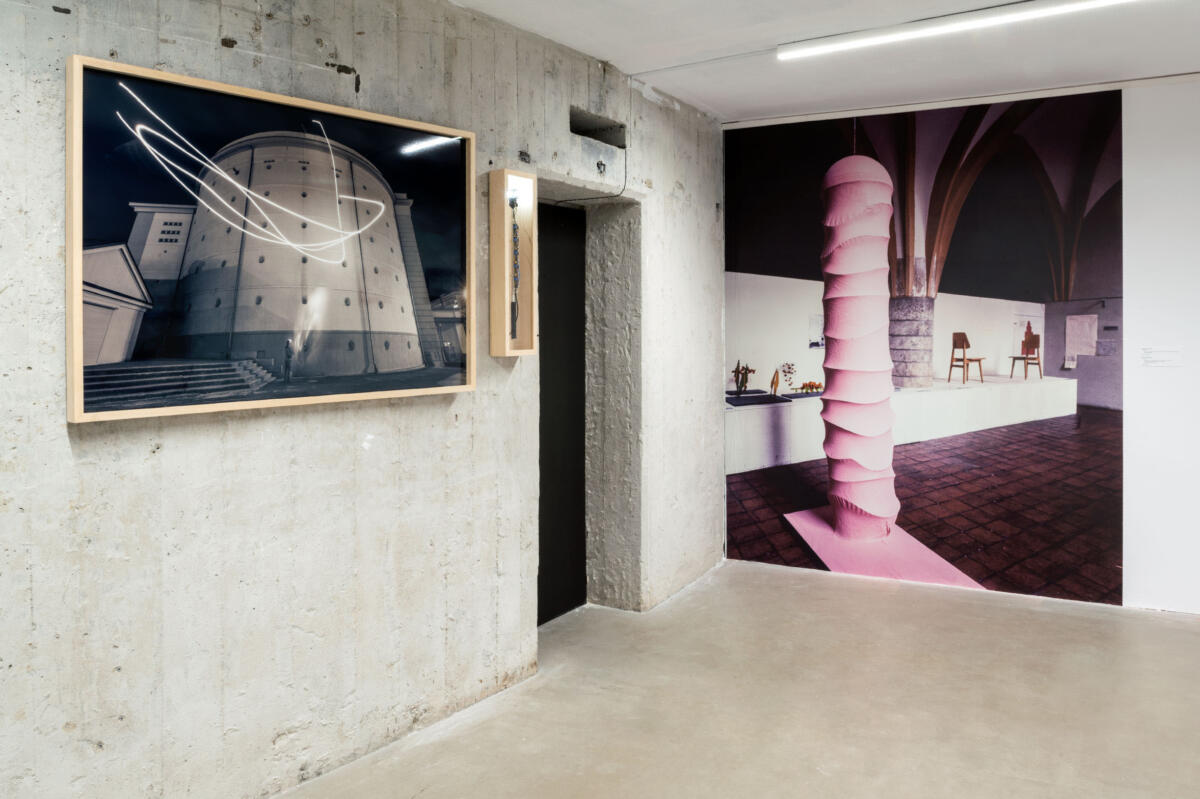 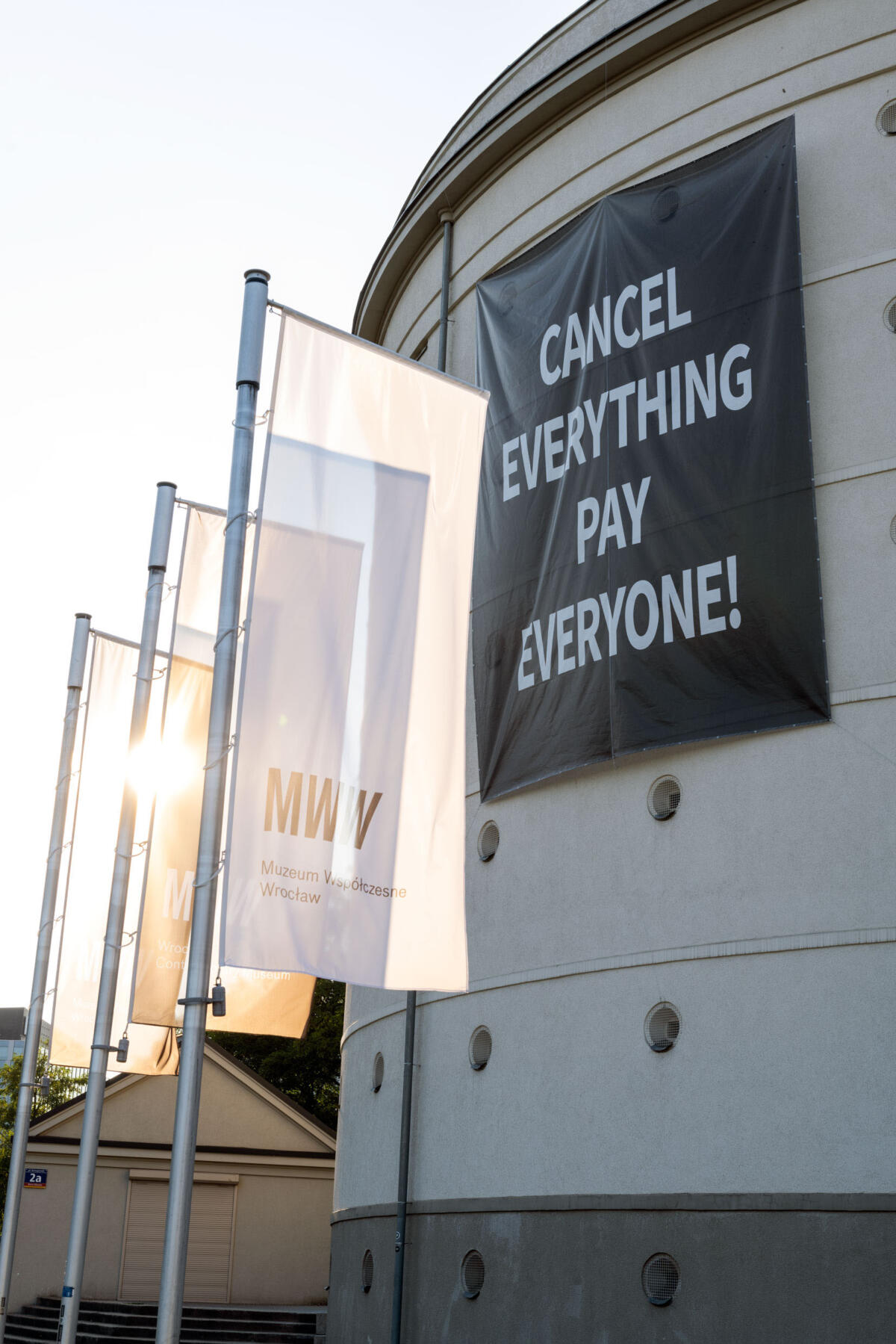 Irmina Rusicka, "Monument to the 50th Anniversary of the Wrocław ’70 Visual Arts Symposium", 2020, commemorative coin (2 pieces), banner on the facade of the museum building, courtesy of the artist 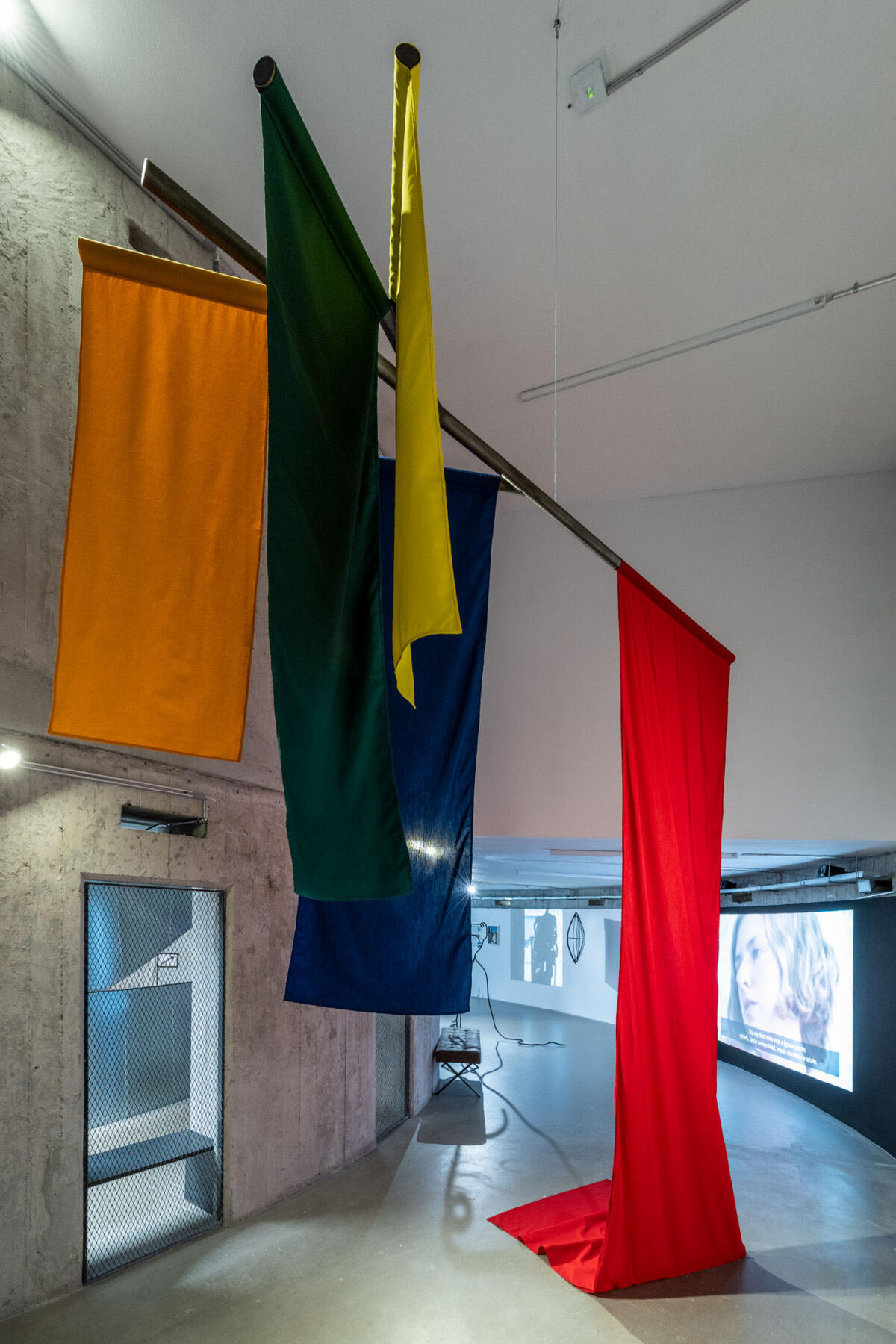 “Did it initiate significant changes in the field of neo-avant-garde art in Poland?”

“Was it actually true that the blurring of borderlines and expansion of art into reality led, as the critic claimed, to an indefinite future – to the postartistic age?”

Of course not—the materiality of this exhibition alone reinforces this expected and bounded format of and for visual art.

“Can this idiom define the present day?”

Sure, but only as one of many options for art in the present-day.

“Was the Wrocław ‘70 Visual Arts Symposium a herald of change, or rather a monument to the modernist past?”

Both. The original works absolutely reference their heritage but with simultaneous vision and inquiry.

“Did the Symposium, striving in many respects towards the “impossible”, already occur in the era of art without limits?”

Well that’s a complicated question, both grammatically and conceptually.

Of course, it’s the result of a linear narration and pedagogy.

Occupying only a part of the main gallery of MWW, it’s a great collection for those who are deeply engaged with conceptual art, the neo-avant-garde, or art in a ‘post-artistic’ age. With Lisowski’s exhaustive collection of Symposium ephemera occupying a majority of the already-limited breathing room of the exhibition, the weight of the archive gives little room for the newer works to be deeply considered. Some works that manage to successfully negotiate this are Ala Savashevich’s sculptural installation Every Gram Counts (2020) and Irmina Rusicka’s banner hanging from the facade of the museum declaring “CANCEL EVERYTHING PAY EVERYONE!”. And perhaps in part due to the extreme scale shift, her second piece, a set of two framed commemorative coins, help to bring the viewer back into this space of intimacy and recognize the impact of the colloquium from a very human scale. Both works are titled together, Monument to the 50th Anniversary of the Wrocław ’70 Visual Arts Symposium (2020). While the quality and import of this exhibition is confirmed while the case for a ’new normativity’ remains in question.