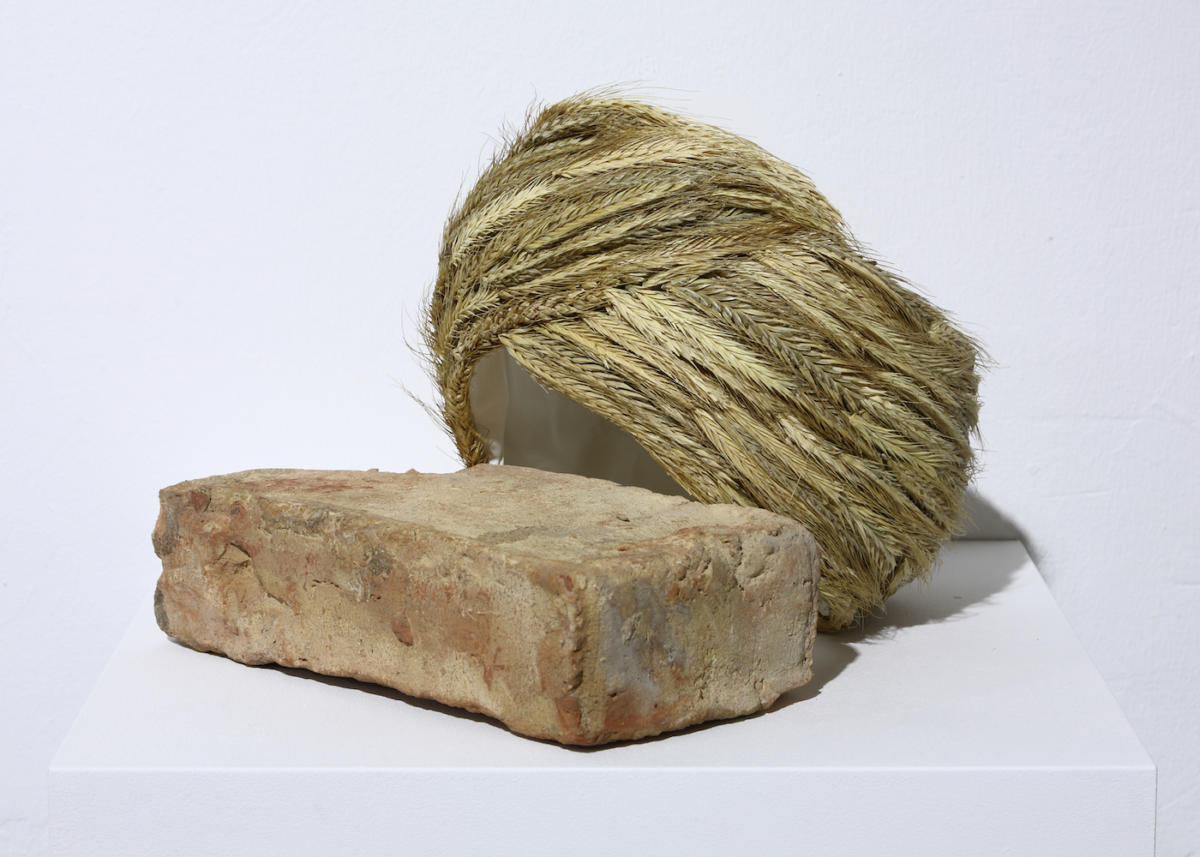 Slavs and Tatars’ work addresses rituals, language politics and identities across a variety of media. At the center of the exhibition is the installation PrayWay, which plays on the traditional reading stand for sacred texts and a vernacular seating structure found in teahouses. The sound installation Lektor, based on a Turkic mirrors for prince text, or advice literature for future rulers, uses a voice-over translation reminiscent of late socialism. The overlapping of several languages creates an inadvertent space of hospitality via issues of multilingualism, respect and representation. Slavs and Tatars’ work captivates with humor, language jokes and sensual design that transports visitors in time and space. As an addition to Minsk exhibition one of the fragment was translated into Belarusian by local poet and translator Tsihan Charniakevich. 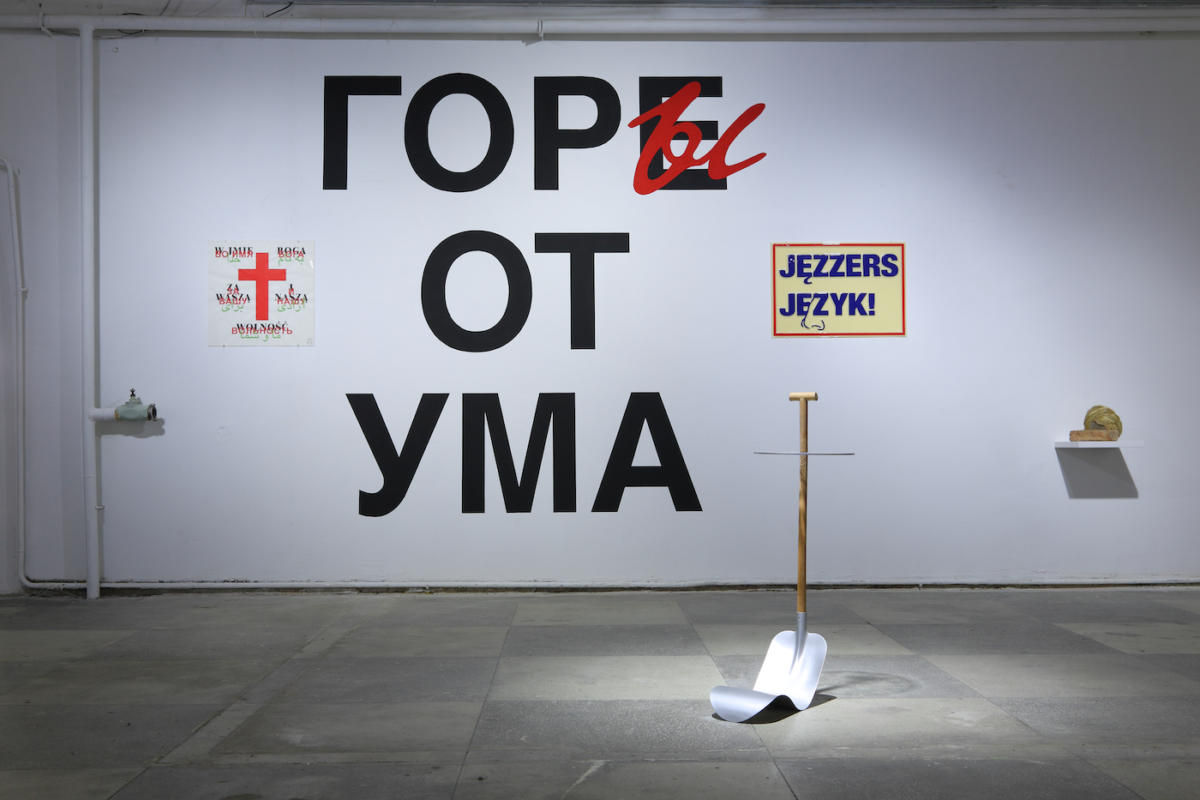 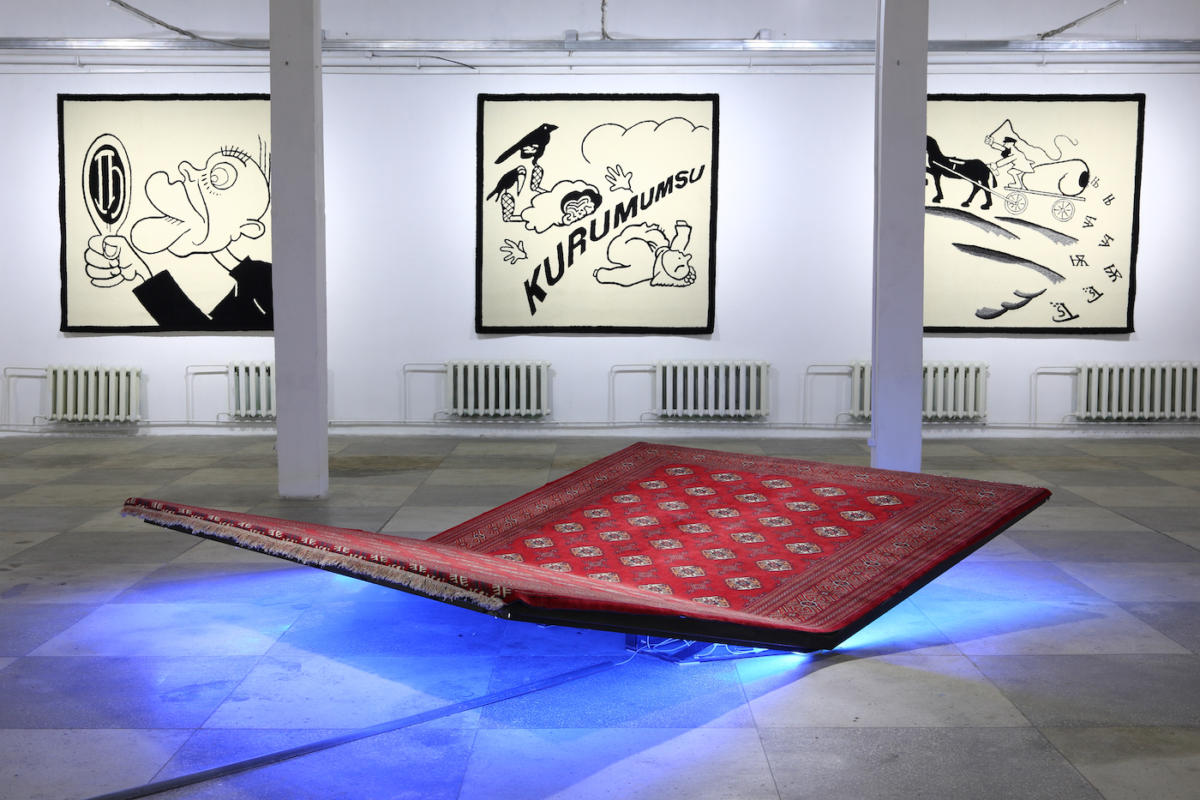 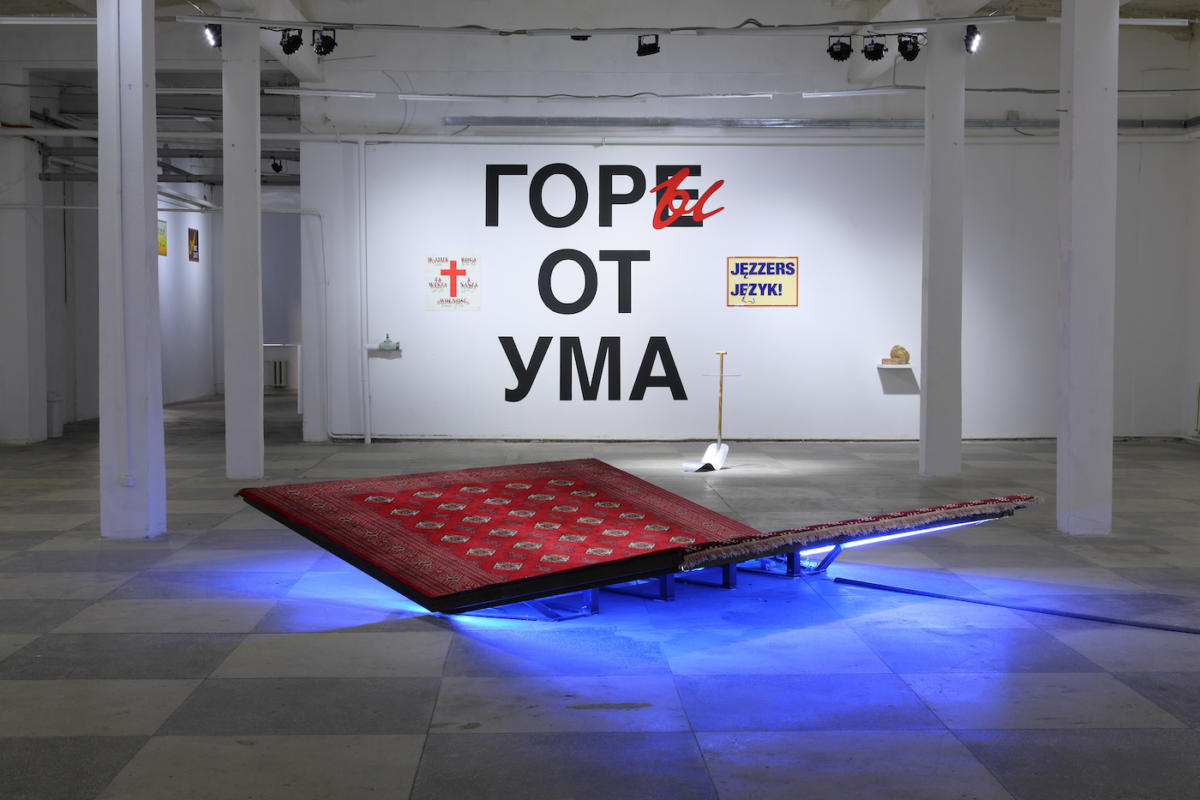 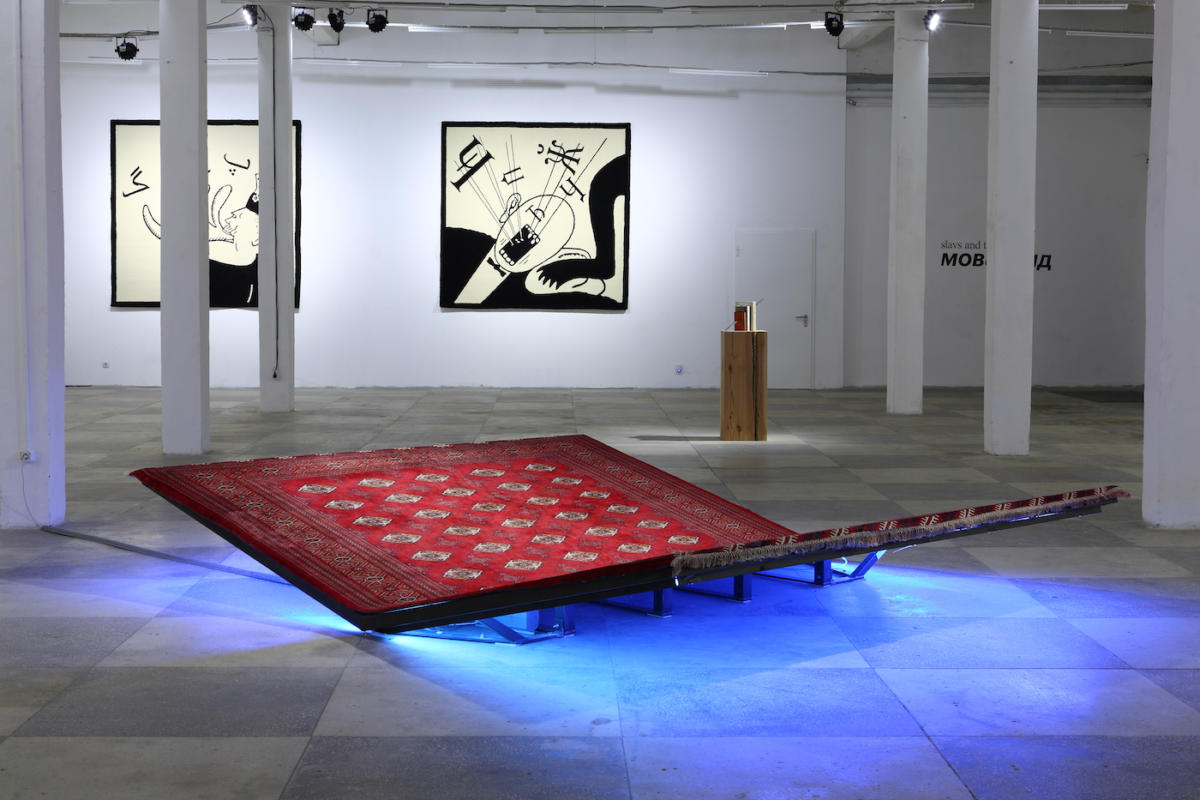 But what about Belarusian context within the exhibition which is named “Movaland”?  There were at least three directly connected objects: “Solidarność Pająk”  which refers to common Belarusian and Polish craft practices of making “Pawuki” during the harvest time. “Kitab Kebab” reflects unique phenomenon of written on Belarusian language holy books made tatars who came to Belarusian territory in 15-16 centuries. Now it’s the only resource from which we can see and “taste” Belarusian Mova of Great Dutch of Lithuania times. 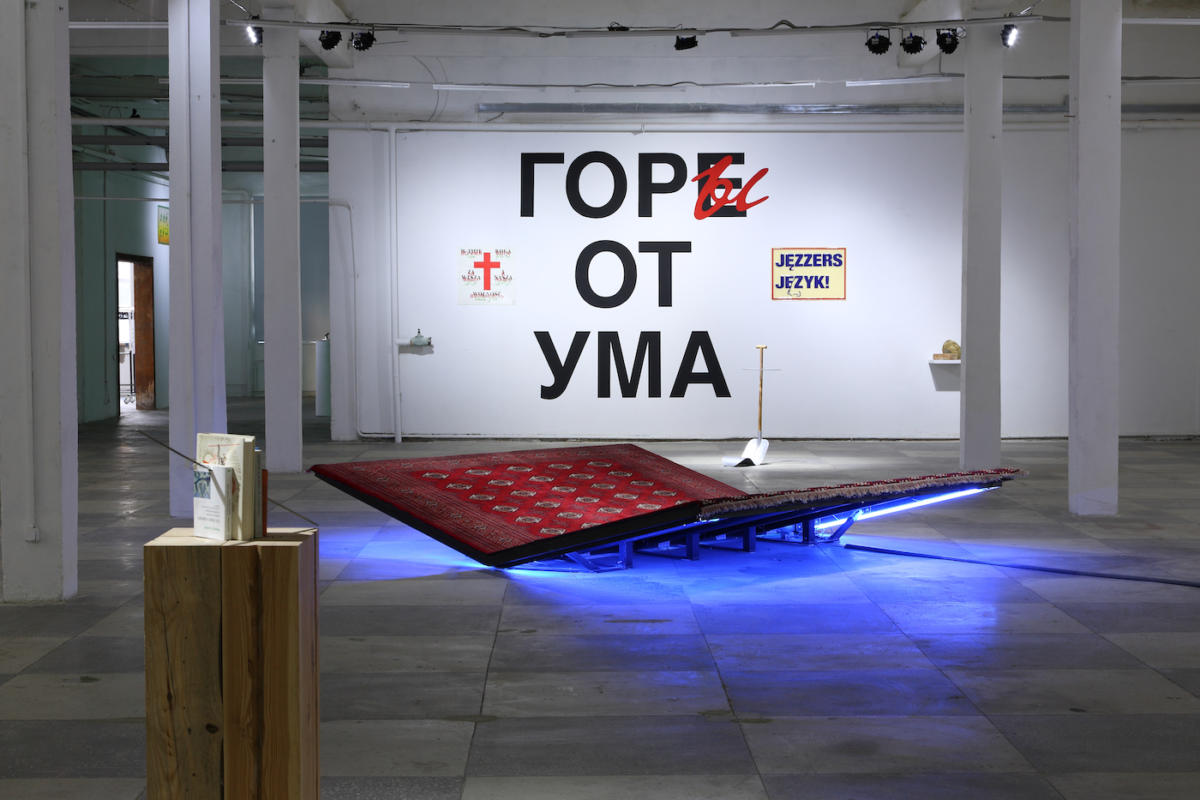 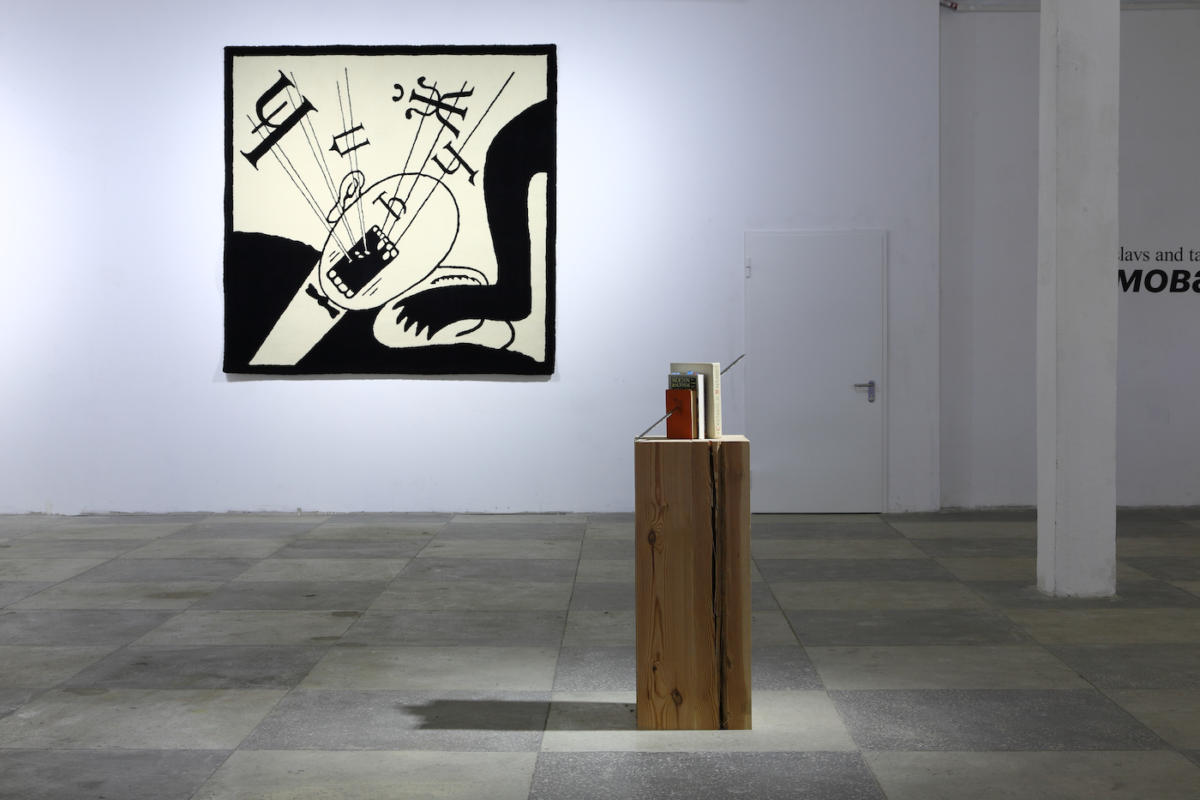 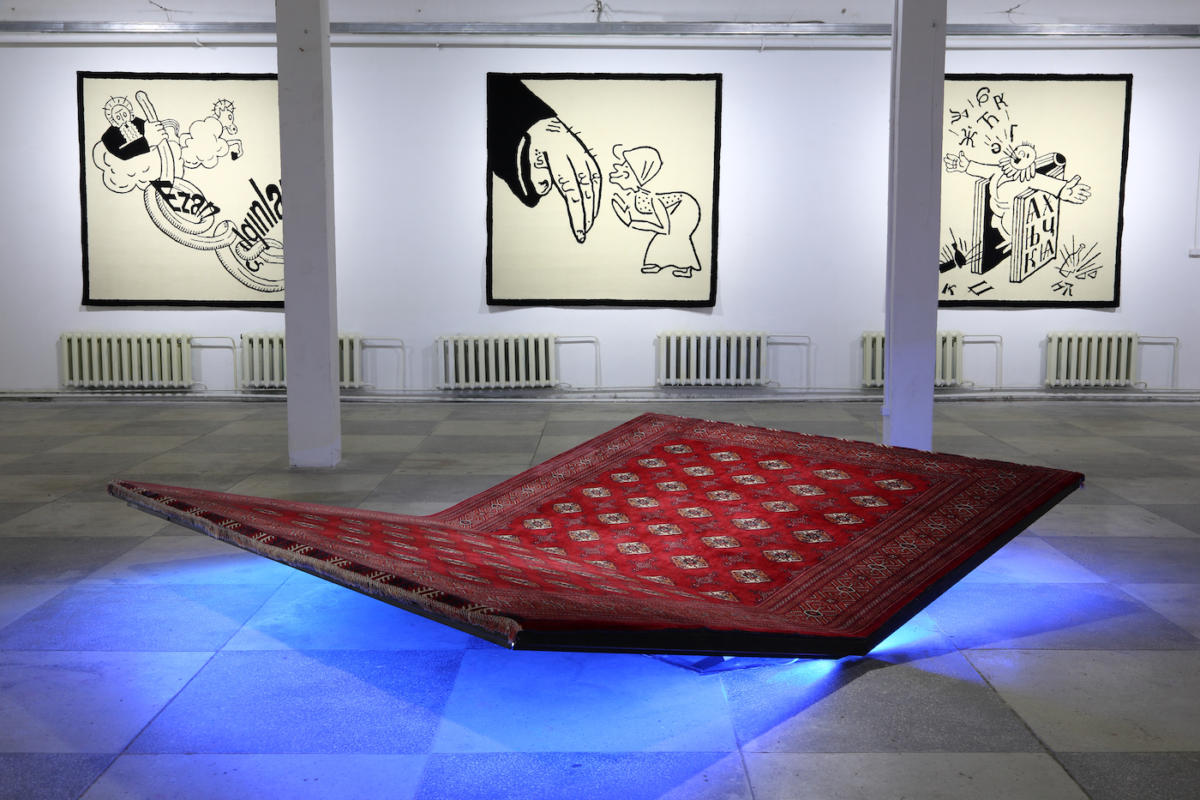 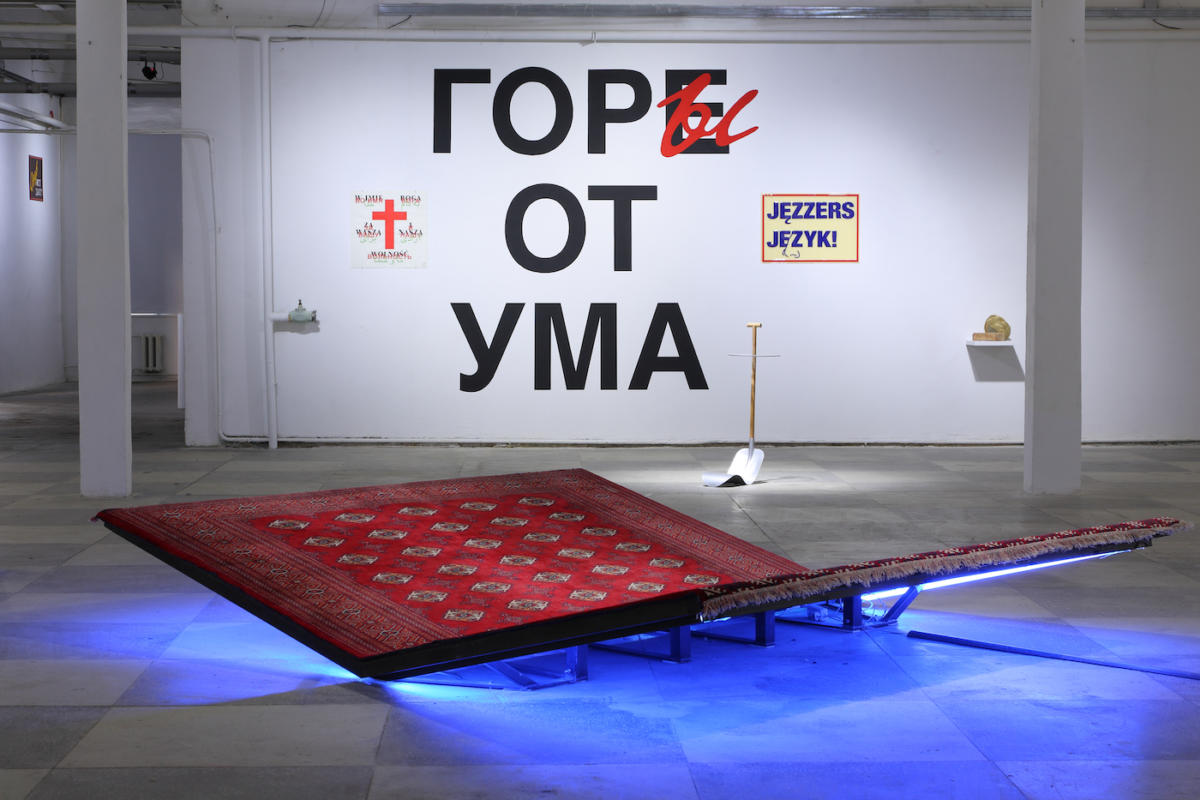 One more object which was made special for Minsk Exhibition was a mirror from the cycle “Love Me, Love Me Not” – perepititas of re-naming places when language as nomos changes the essence of the place as a topos. Belarusian small town Kojdanava was always connected with Mindoug battle with tatar troop of Kojdan but in 1932 Soviet Authorities re-name the town into Dziarjynsk – made the reference to red-blooded Felix who still strongly strengthens his symbolic positions in Belarus.